This post is about a 20km walk from Lozen to Sofia. I walk carefully because I am worried about my knee. But I make it to the city.

And then I walked.

It wasn’t anything like real walking at first. None of that stompie-stompie of before.

I treaded carefully, observing my knee, trying to hear if it made any sounds, trying to feel if there was any discomfort or even pain, and I slowly left the alleys of the village and got back on the main road.

The sun shone warm and the road was dusty, so I took off my jacket and put on my new shades. Walking felt a little bit easier this way. I rested frequently, and after a few hours I reached the ring road that surrounded Sofia, the capital of Bulgaria.

And then everything was different. The road turned into a city avenue, the buildings became taller and taller, there were people everywhere, and I often found myself walking on a sidewalk.

At one point I ran into Rumen. He was an artist, and he had lived in Utah for a decade or so. Utah of all places! Sofia, he said, was getting more and more crowded. He showed me pictures of his art on his phone, and as he was flicking through them, photos from the American desert popped up here and there. I understood.

I, too, sometimes missed the clarity of the desert.

why they get so big

It took me a few hours to get from the outskirts to the city center. Sofia had amassed almost 1.5 million people, which meant that every sixth person in Bulgaria lived there. It was the same story that I had seen unfold in Istanbul, in Tbilisi, in Baku, and in Tehran: all of them were massive centralized metropolitan regions that sucked the population out of the countryside. It wasn’t so much that everyone wanted to live there. They were expensive, crowded, and polluted.

It was just that there were really not that many opportunities outside of them.

The walk from Lozen to Sofia: 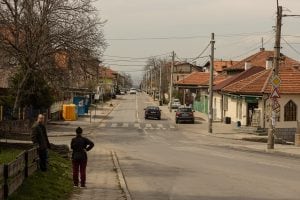 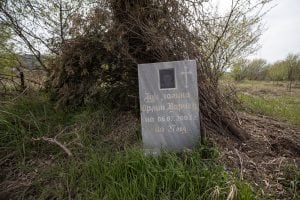 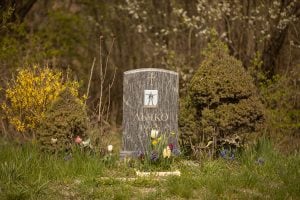 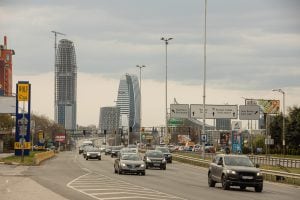 the first tall buildings of Sofia 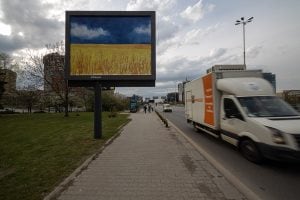 I figured that this was for Ukraine 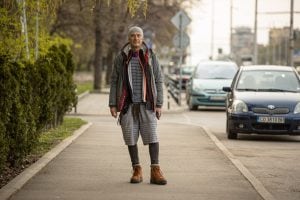 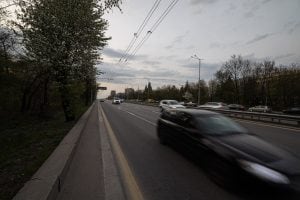 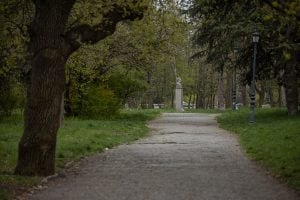 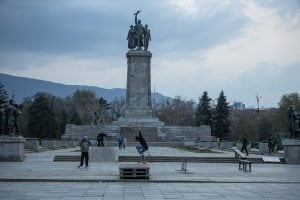 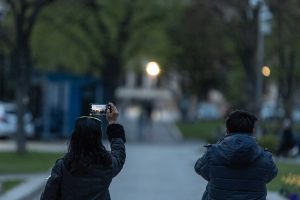 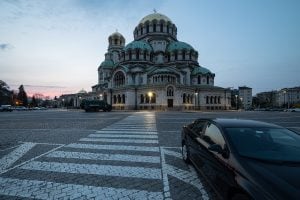 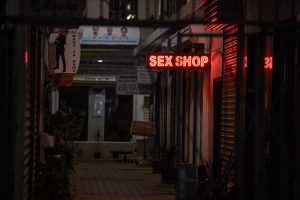 Day 534
from Lozen to Sofia