Today, on the 25th of August, Angela Merkel, the Chancellor of Germany, was coming to Baku. And so was I, Christoph Rehage, Puller of the Caboose. We would probably not meet, though. The Caboose and I were very busy.

I left the hotel at about nine in the morning: 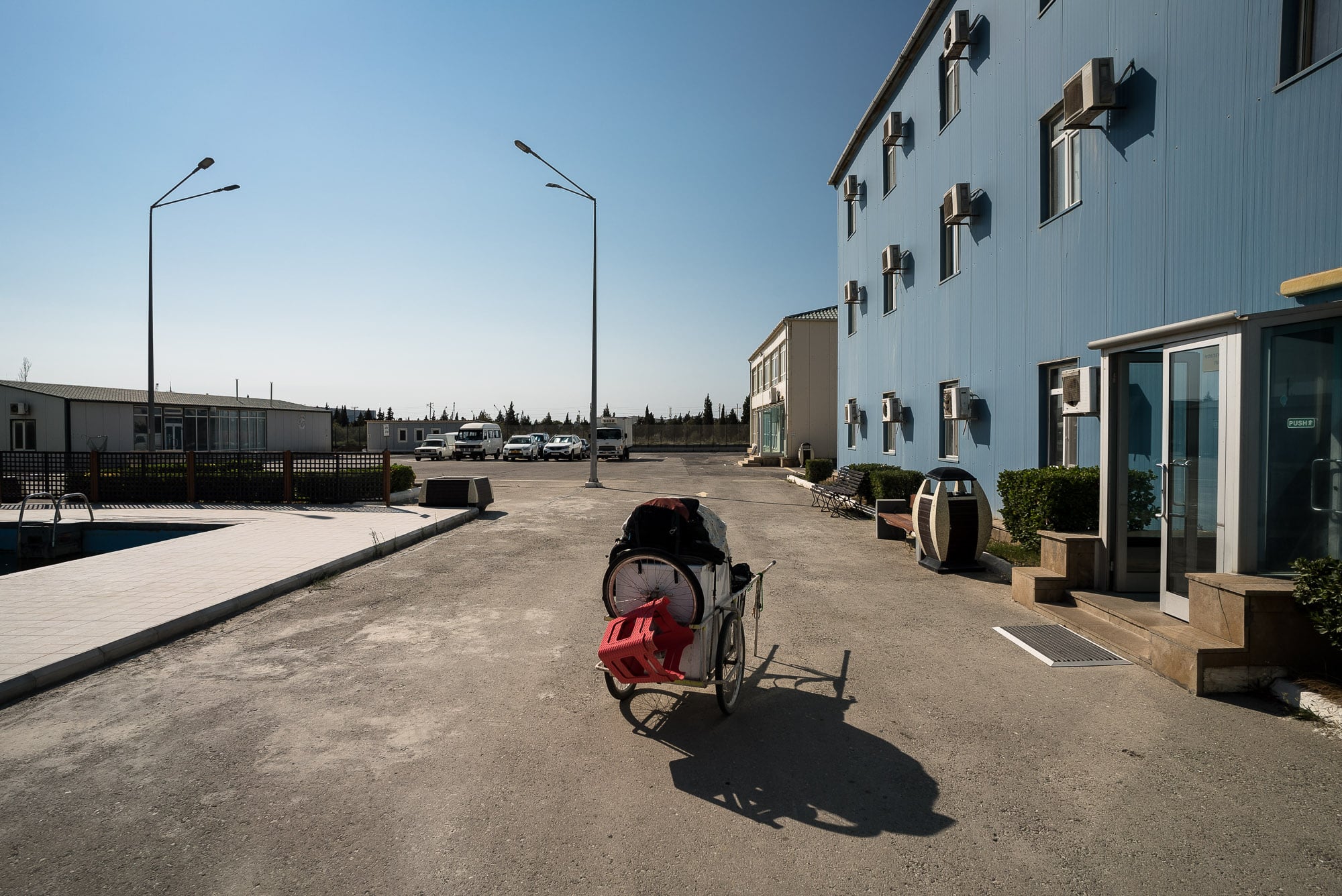 It had been good a good night. The hotel was clean, quiet, and affordable, with good food on top of all that.

I continued walking on the highway (there was no other way), but as I looked to the side I could see what looked like salt lakes in the semi-desert: 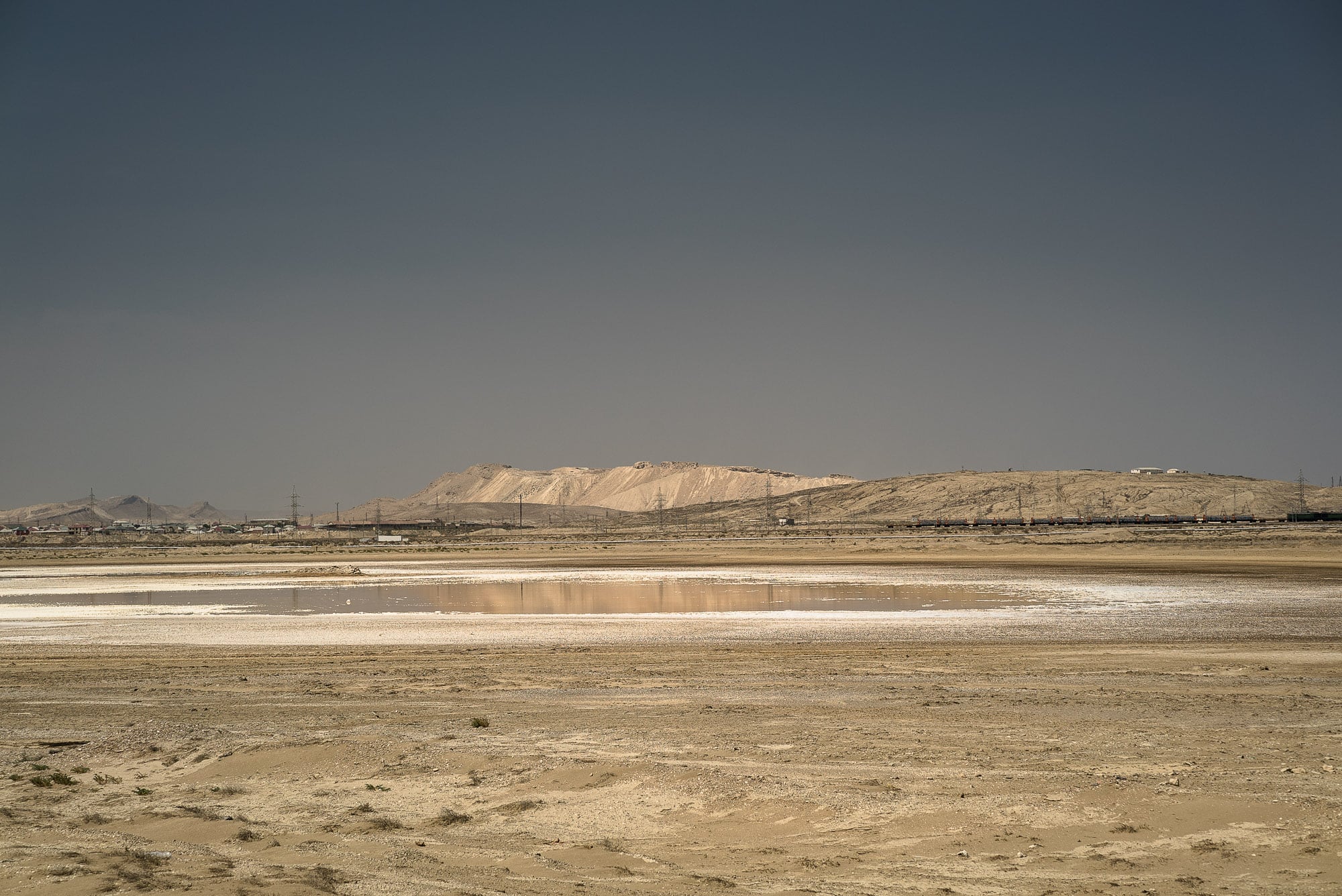 I left the highway when I looked at the map and noticed a lake with some kind of bridge or dam leading through it.

The lake was beautiful: 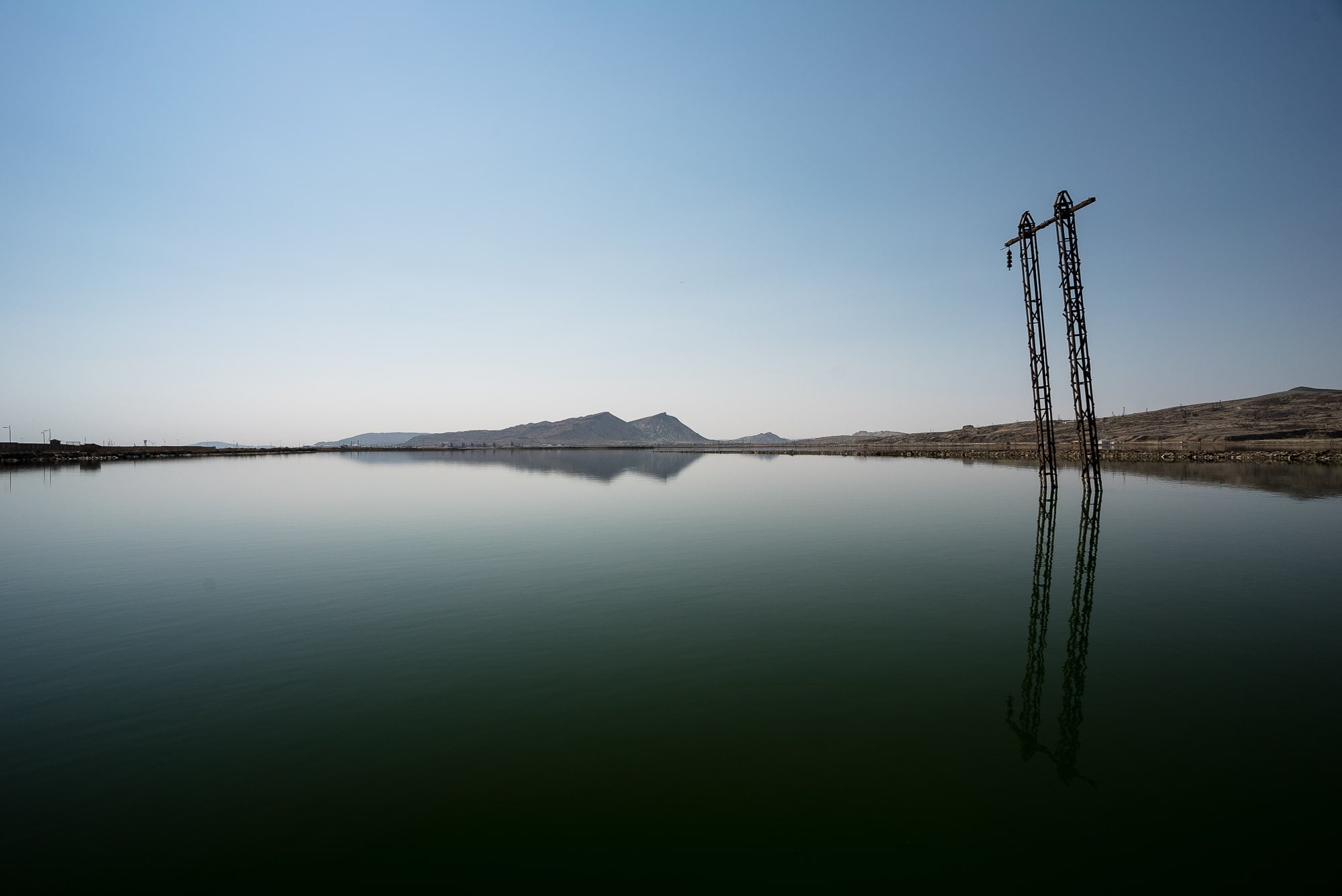 But it stank of pollution: 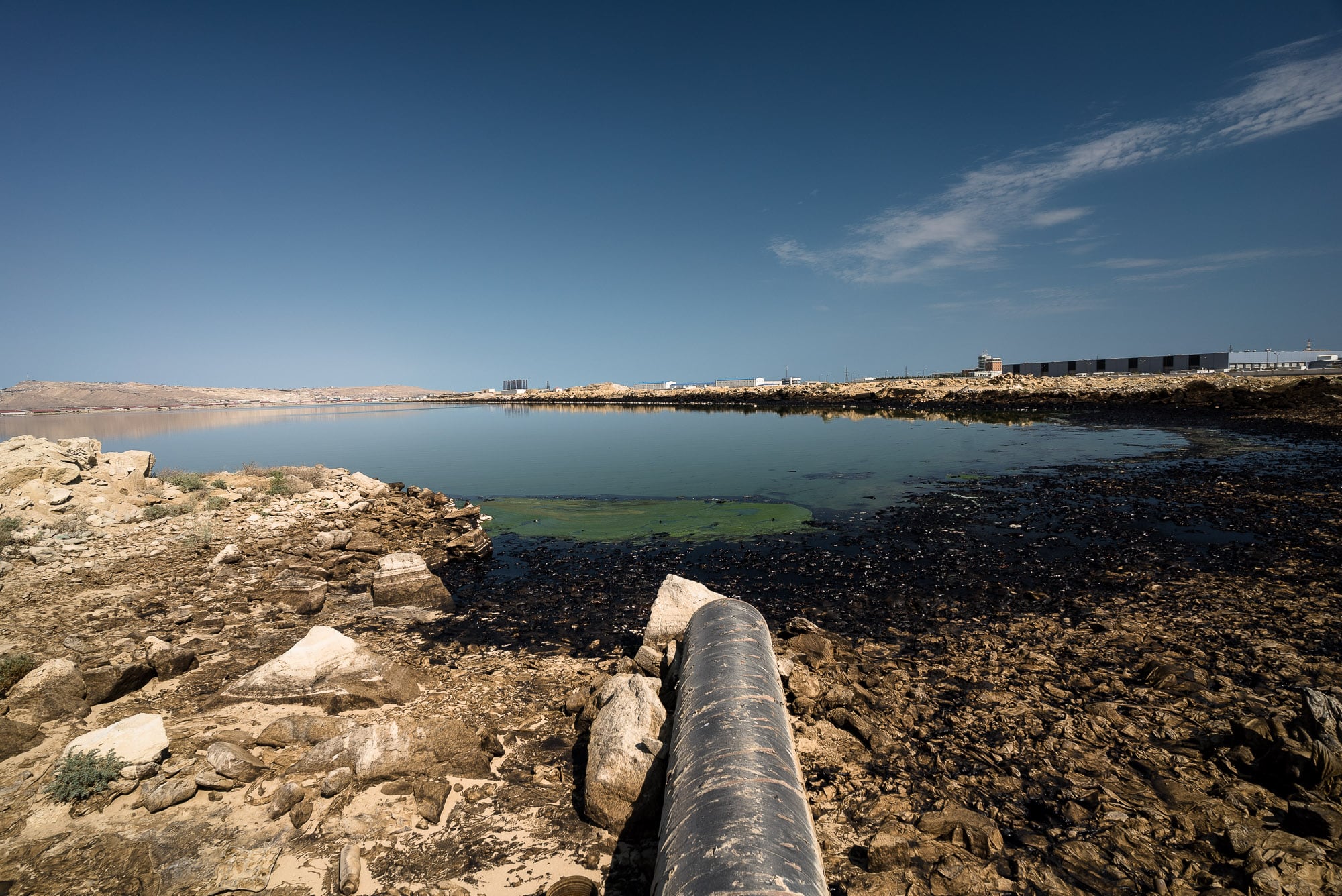 There were some high rises that looked like residential buildings on the other side of the lake, and again I asked myself how anybody was supposed to actually live there: 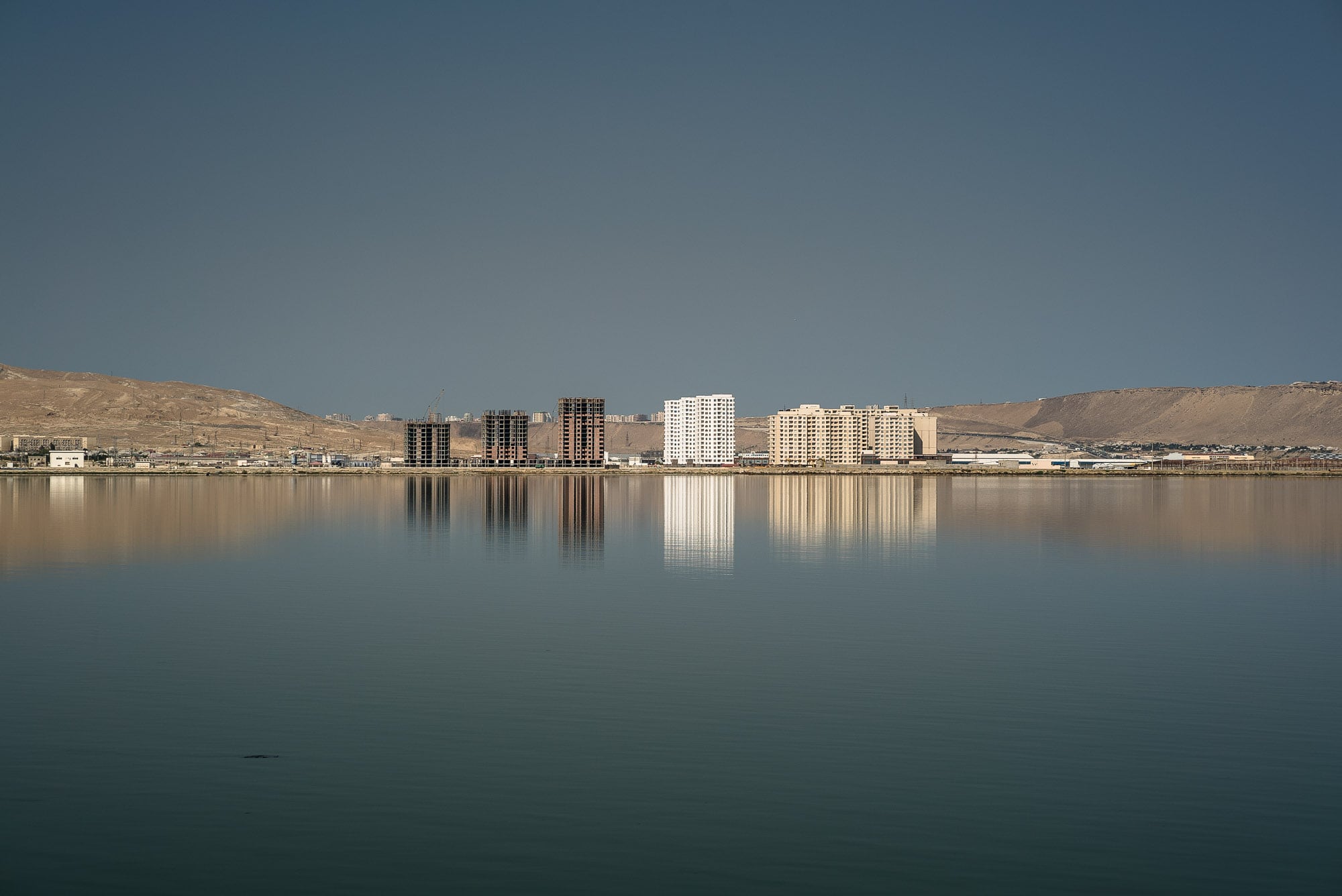 At the end of the dam there was a barrier, but we managed to squeeze past it by removing the backpack from the Caboose: 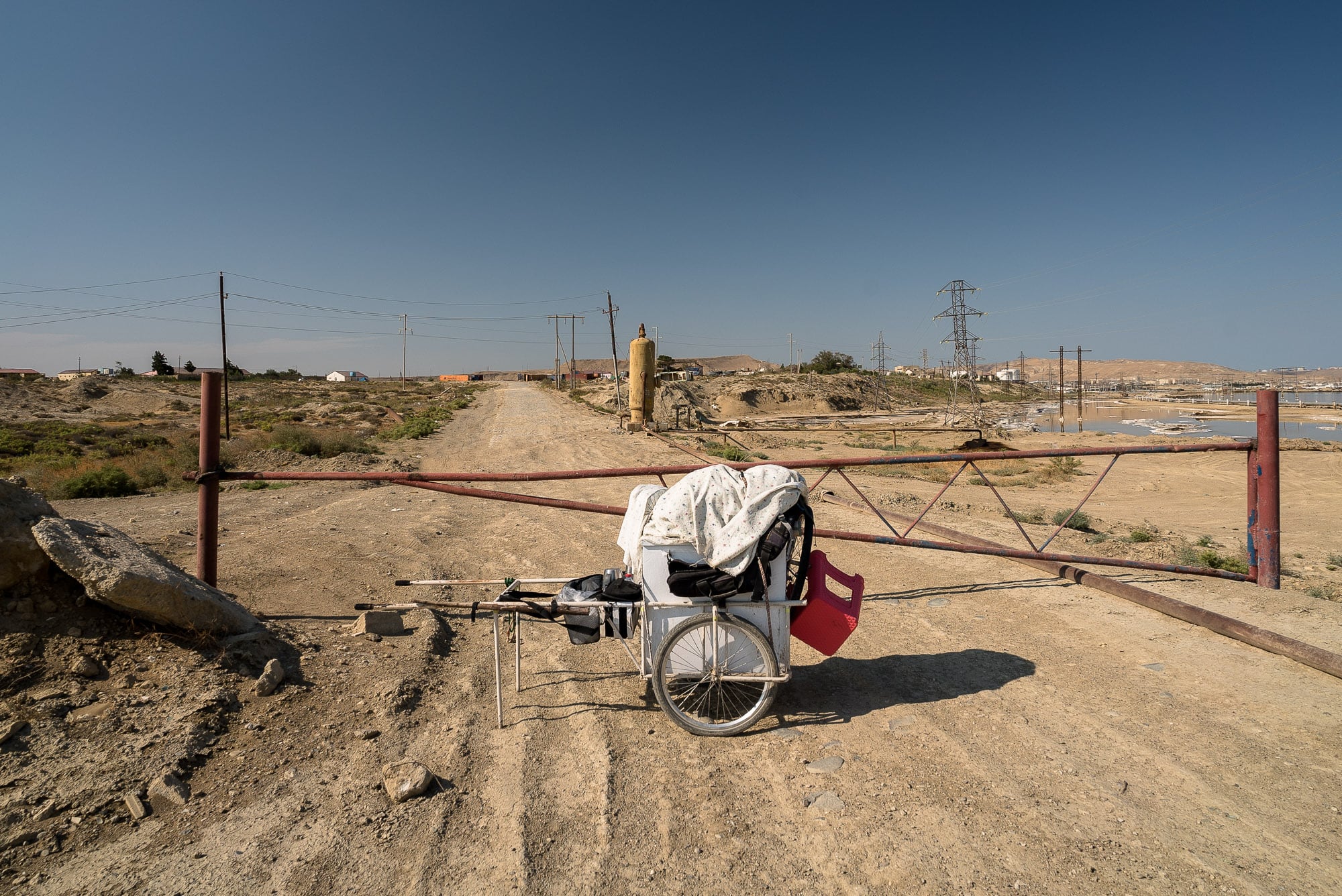 And so it was all good, and we saw another one of those oil chickens: 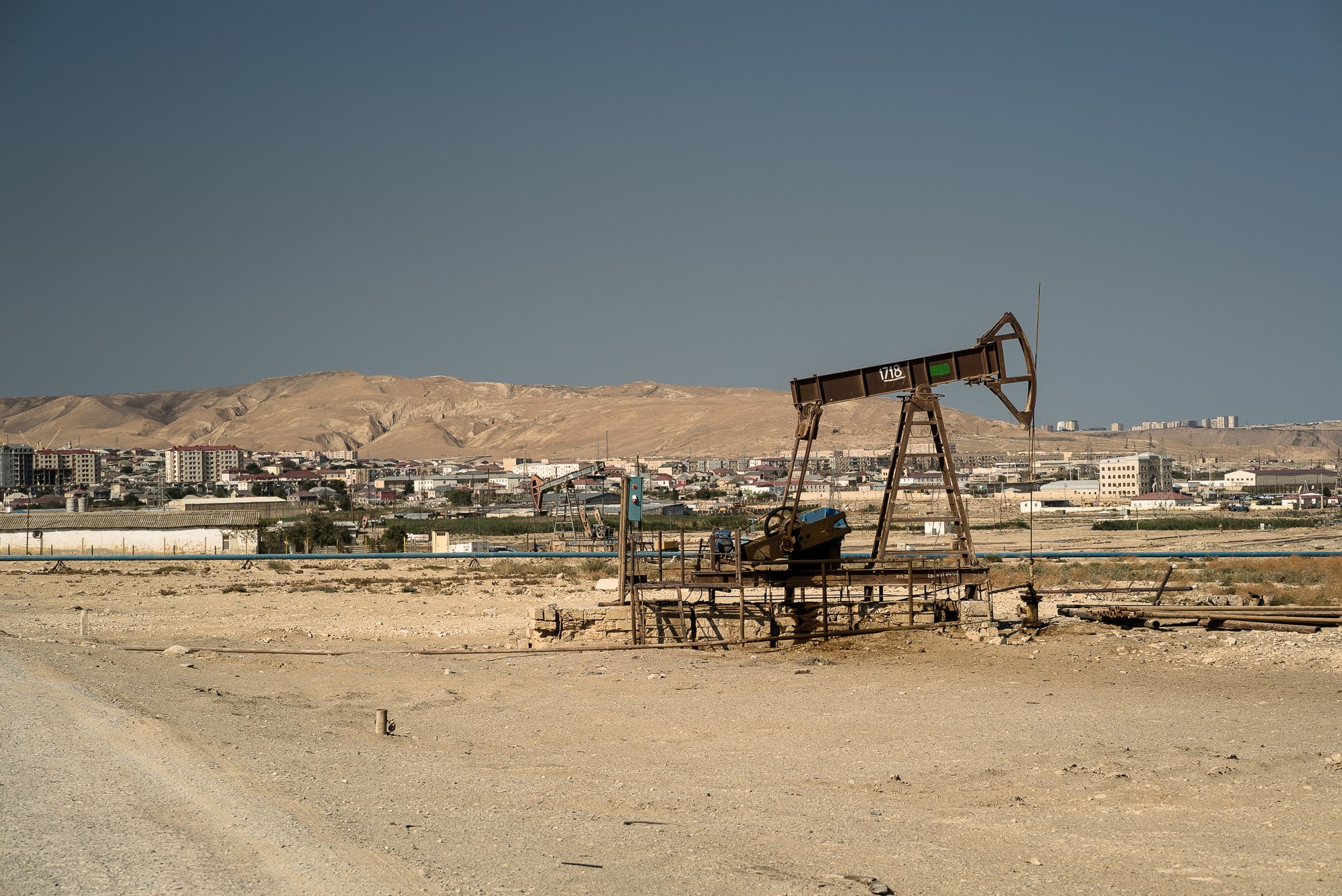 And then we were in oil country, and it looked apocalyptic: 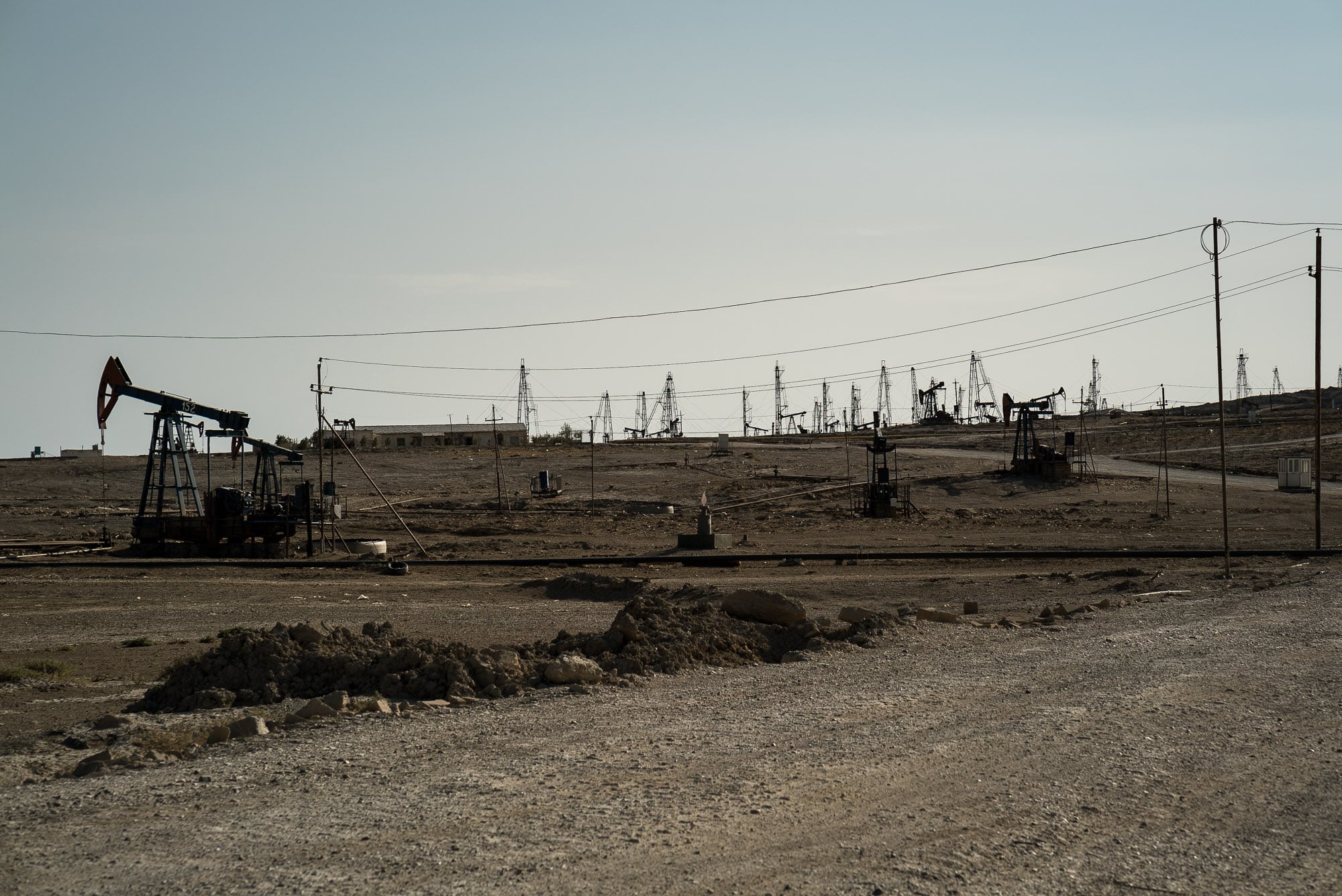 It was strange to think that this was essentially the foundation of Baku. All those buildings and all those roads and all those people, they had been brought here by the black stuff that lay underneath the city. All I could see was just oil chicken after oil chicken, each of them slowly bobbing its head, pumping up the oil that Baku needed to exist.

I found this interesting, so I was happy to be there, but then things turned sour – it turned out that the only way into the city was the highway. And by “highway” I mean two or three lanes, sometimes with an emergency lane and sometimes without one.

And all of it uphill: 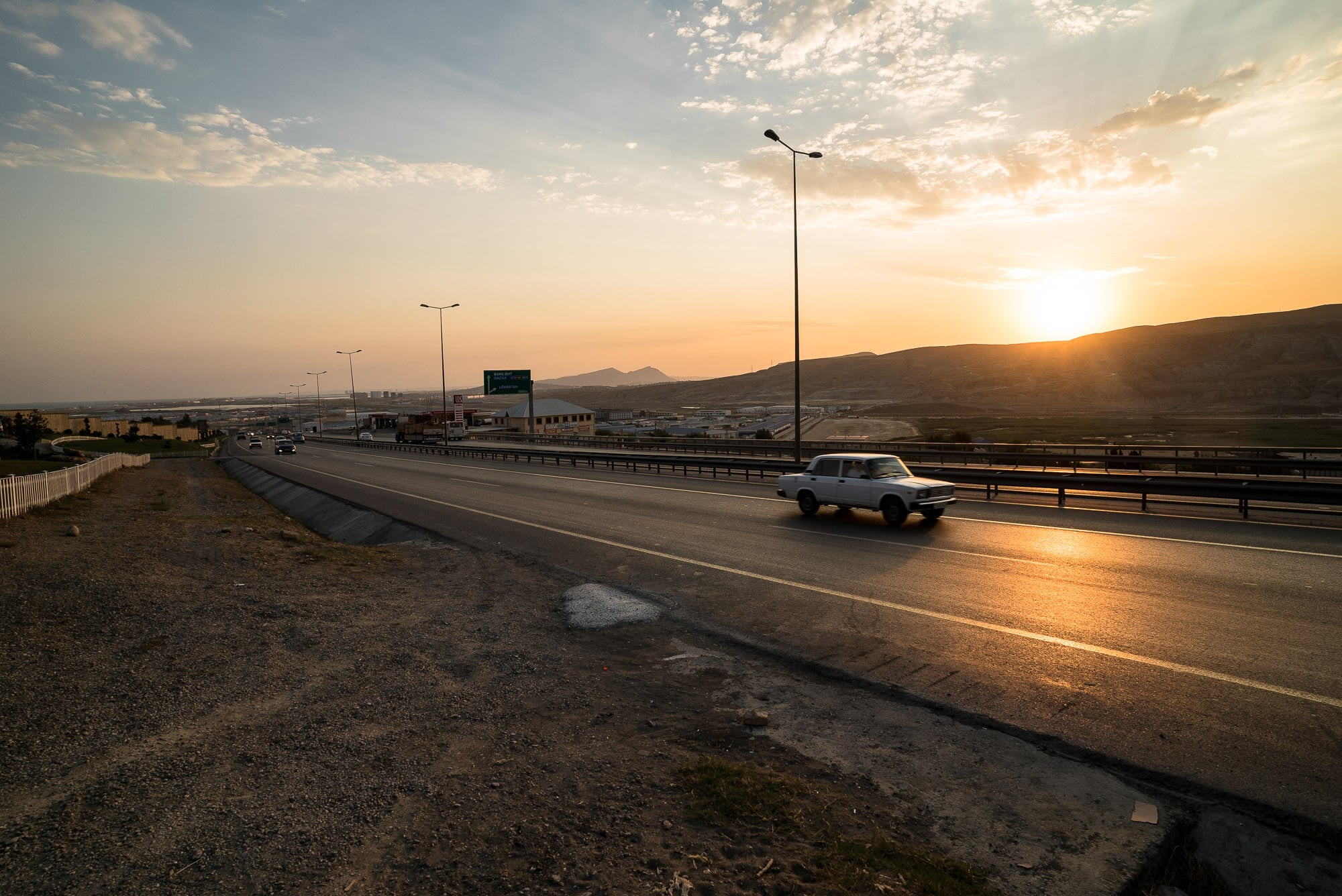 It was horrible. I listened to The Bruisers on repeat, and I built up much anger as I pumped along the stupid highway.

When I finally reached Baku, it was nothing but a little sign by the roadside: 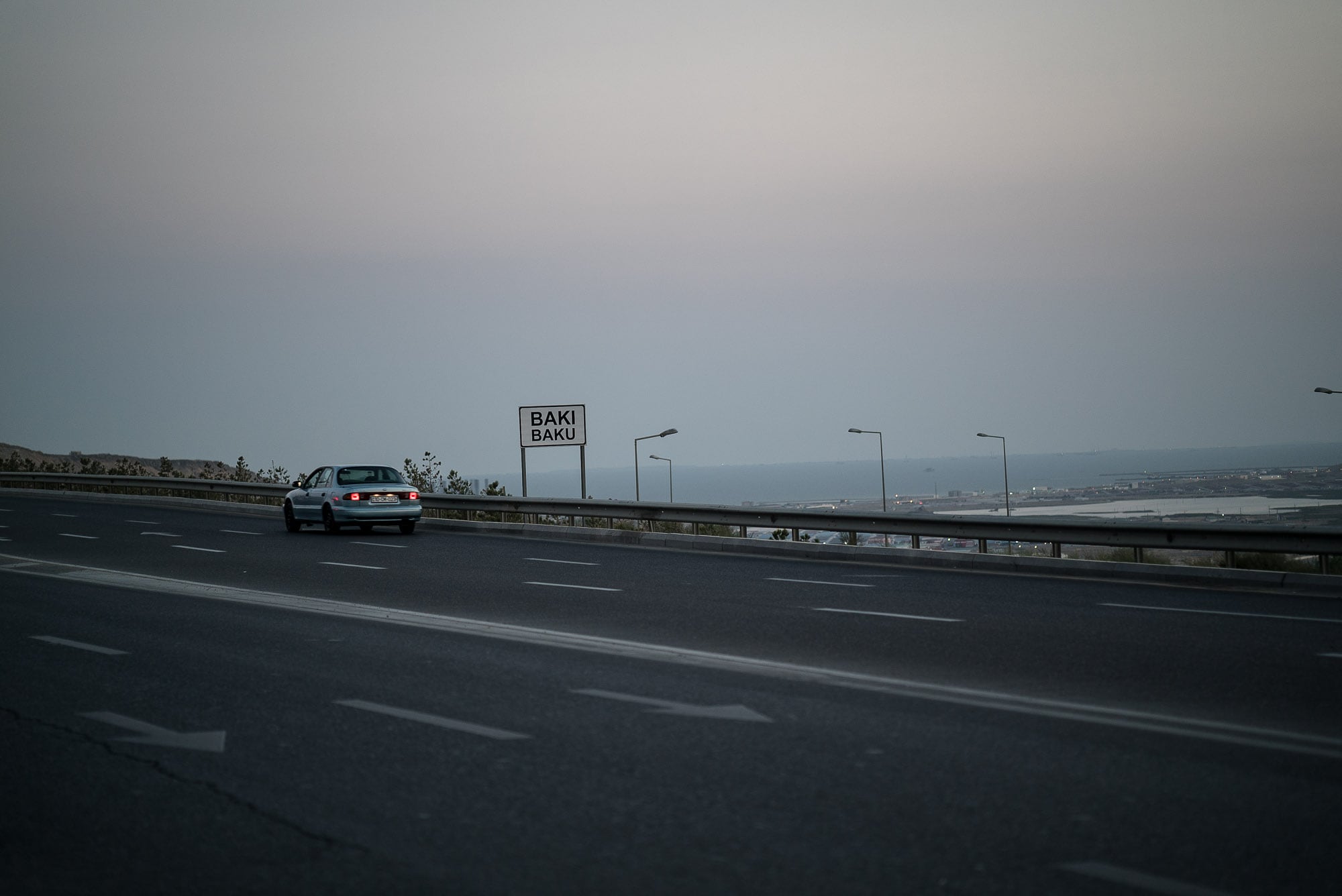 I rested in a place where I could see the moon go up over a part of the city: 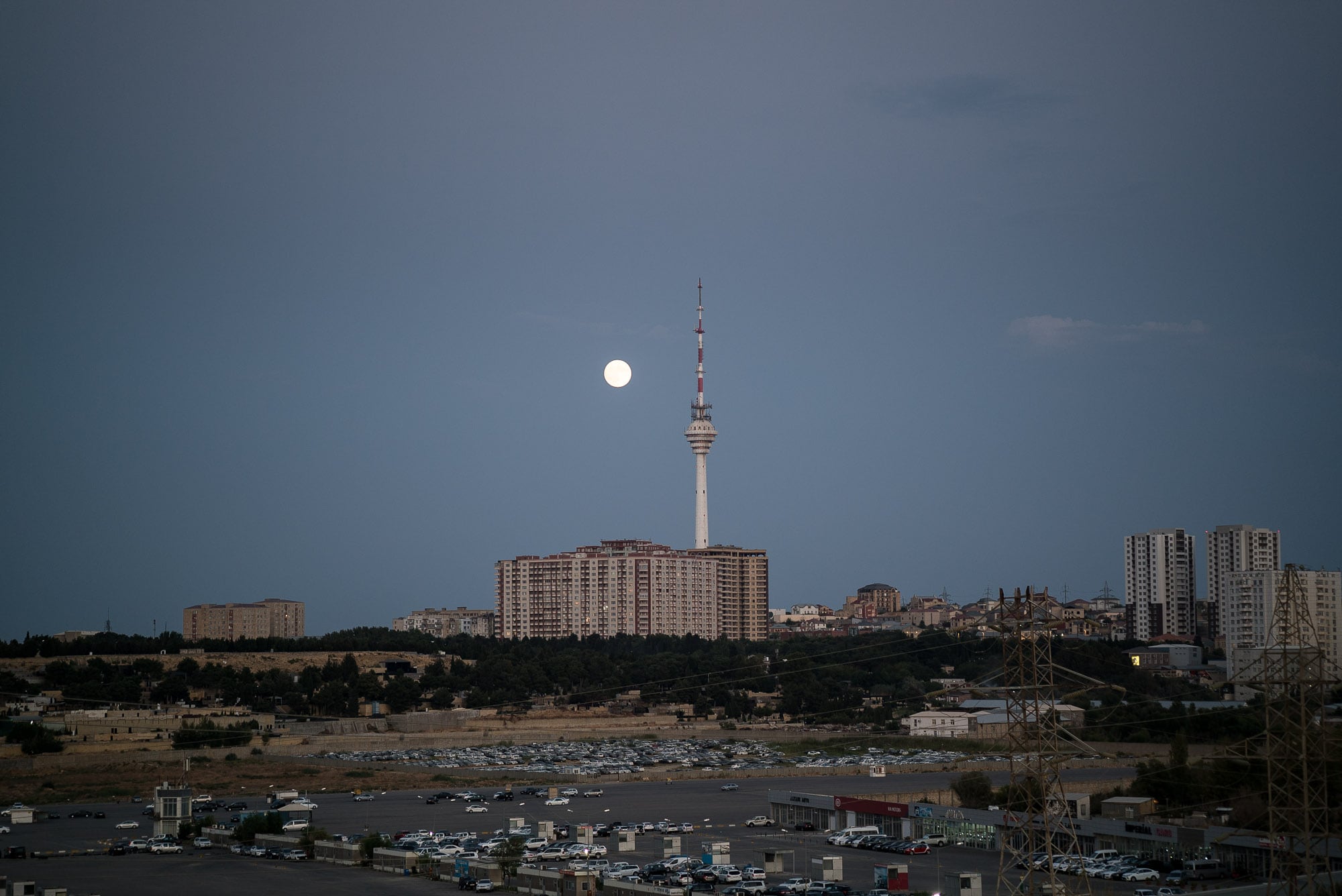 And then I noticed that one of the tyres was flat: 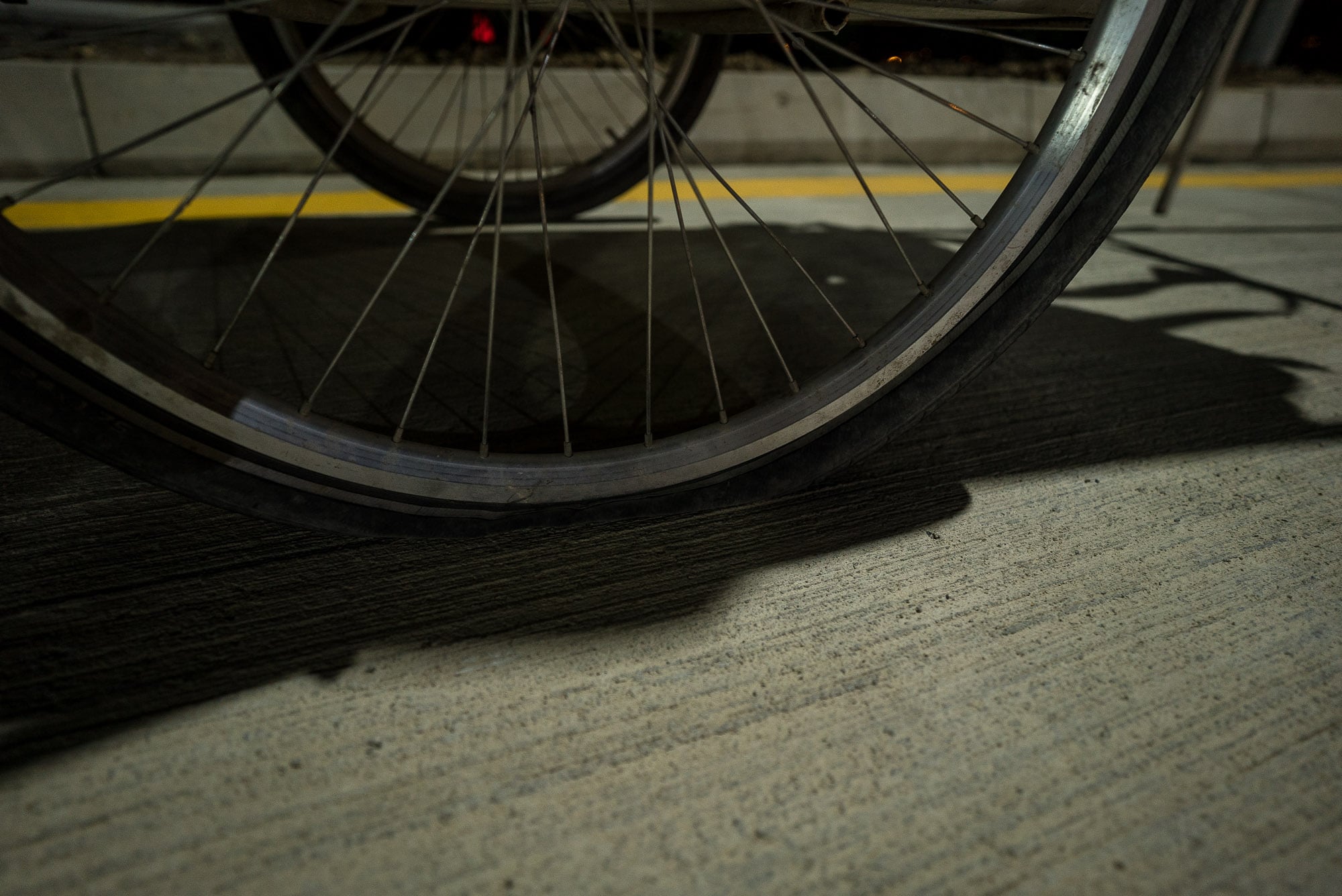 Again. What was with all the goddamned flat tyres anyway? I switched out the wheel, then I waltzed into town. And when I did, I almost always had to stay in the traffic lane, because most of the sidewalks were not passable for the Caboose and me: 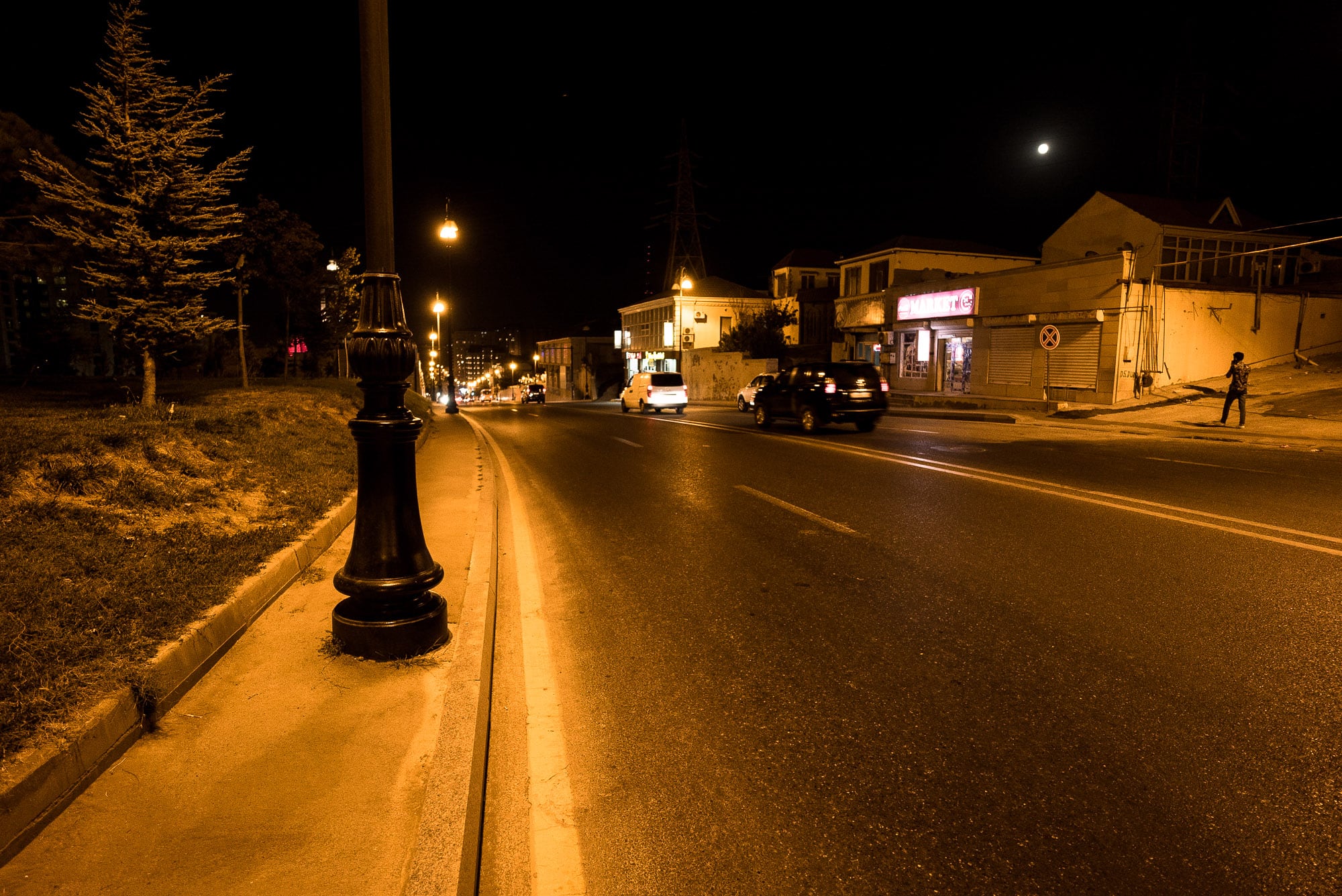 I saw my first luxury hotel: 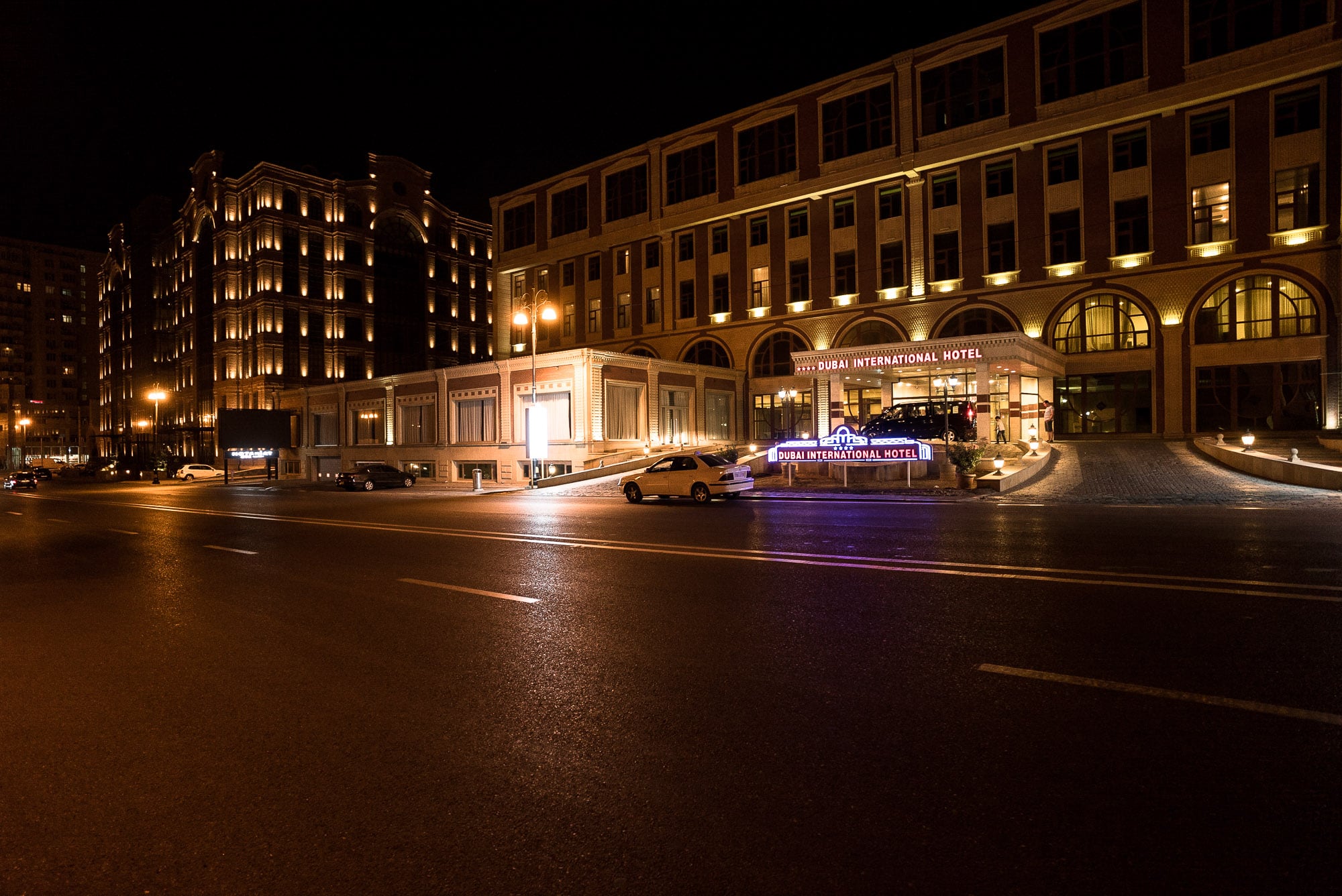 And I almost fell into this hole in the sidewalk: 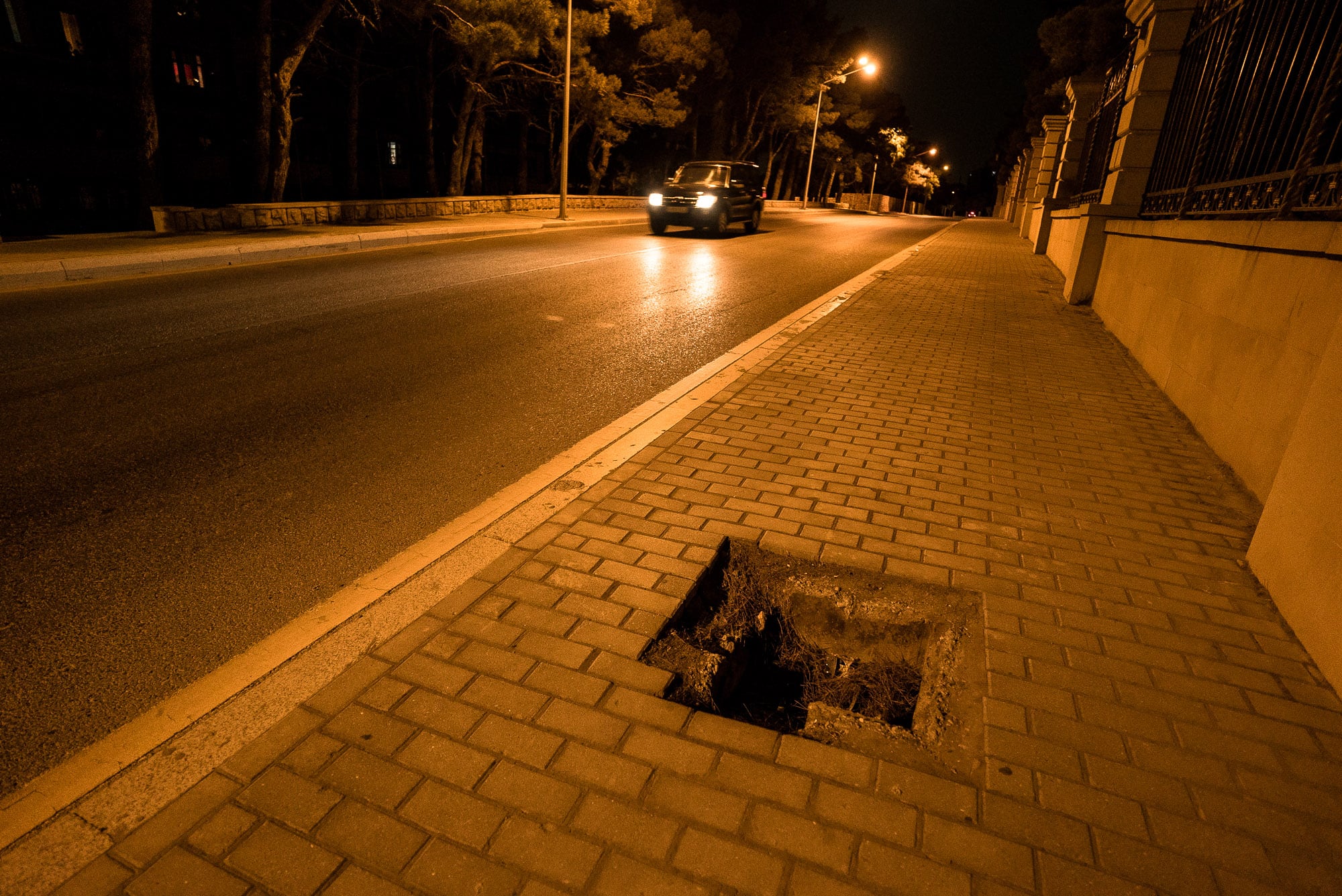 Day 1213
from Qaradagh to Baku