This post is about some new walking gear. I spend all day packing my things, wondering what I should send home and what I should keep.

I had gotten two pairs of zip-off pants, three pairs of underwear, a pair of bus driver shades, a sleeping pad, and a Peppa Pig drinking mug. Oh, and I had gotten a pair of new shoes. They were supposed to be more water-resistant than the ones I had been wearing.

My big camera tripod had fallen apart, so I had gotten a new one that was much cheaper. It felt dumb to spend so much money on something that would eventually break anyway.

Summer was coming, and this time I would be in Eastern Europe. So I had stocked up on sunblock, mosquito spray, and I had gotten a pair of tick tweezers. I had replenished my supplements, too: vitamin D was important (especially because of my MS), and I also took magnesium and B12.

In the end it took all day to pack up and organize all of my walking gear, the new and the old. I thought about sending my winter sleeping bag home, along with my gloves, my wool hat, and my long johns. But then I didn’t. Who knew when I might need them again.

My friends and I did go to the post office once, though, to send home my old sleeping pad. I had gotten it almost exactly six years earlier, and it had been extremely reliable. The problem was just that it was also extremely thin. I liked to sleep on my side, so I would either have to inflate it to its maximum hardness, or I would sink in with my shoulders. It just wasn’t very comfortable.

Which was why this time, when I was in Germany, I had bought a new one that was more than twice as thick. And it only weighed about 200 grams more, which was incredible.

I ended up not leaving today. 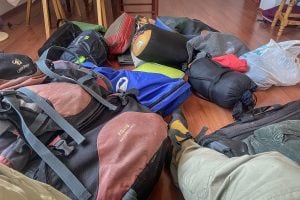 my old and new walking gear 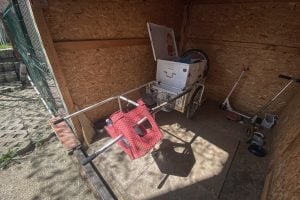 the Caboose in her garage 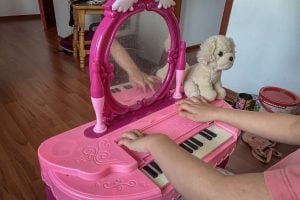 my friend keeping me company 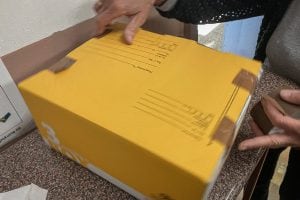