This post is about a 33km walk from Polonezköy to Istanbul. The day starts with snow and ends in a traffic vortex. But I am happy.

Istanbul. Finally. After all those years of trying to get there, after a global pandemic and a personal diagnosis, I found it hard to believe that it was real. Istanbul. I remembered the time when I had looked down from an airplane window, scared to see it and scared not to see it. All those buildings, all that water, all that promise.

When I swung my legs off the bed and walked over to the window, I gasped. Everything was white. It was the fragile, crispy whiteness of a snow that wouldn’t last. I went outside and hopped around in it for a while. Istanbul had thrown days and days of cold wind and rain at me. Was this its way of making peace?

Walking in the snow was pretty and pleasant, but it was also very slow. I stopped too often, and I took too many pictures and videos.

One time a German radio journalist met with me in a parking lot. I was sitting on my pink stool, peeling an orange that turned out to be very cold. “What are you going to do if you don’t get permission to cross the Bosphorus Bridge on foot?” the journalist asked me. I rambled. I had been losing sleep over this question, and still I didn’t know how to answer it.

And then, just as the road descended from the hills, all of the snow suddenly just disappeared. It was as if it had never snowed at all. I walked through villages that became little towns, and little towns that became busy outskirts. The traffic grew denser and denser, and at some point I noticed a spire on the horizon. It was tall and had an almost voluptuous shape. This was my first glance at Istanbul.

Hours later I had crossed a four-lane highway, and I was clawing my way through traffic that can only be described as nightmarish. Cars were everywhere, buses were everywhere, people were everywhere. They seemed to be crawling on top of each other. This was the thing that the people in the villages had warned me about when we were talking about Istanbul. “Trafik çok!” they would say, throwing their arms in the air: “So much traffic!”

I walked along busy roads and back alleys, over highway bridges and through pedestrian zones. The voluptuous spire was always there. And as the city grew bigger and denser around me, I felt increasingly out of place. We were used to the countryside, the Caboose and I. When I noticed a restaurant that looked as if it could have been in a small town, I stopped. It had outdoor seating, so I could be next to the Caboose. I ordered a bowl of lentil soup, and then another one. I had some rice pudding and some tea. And I felt my anxiety subside a little bit.

And then, in a glowing night sky that was illuminated by the lights of fifteen million people, I walked the last uphill and the last downhill, until I finally ran into the arms of my friend, the Kantian. 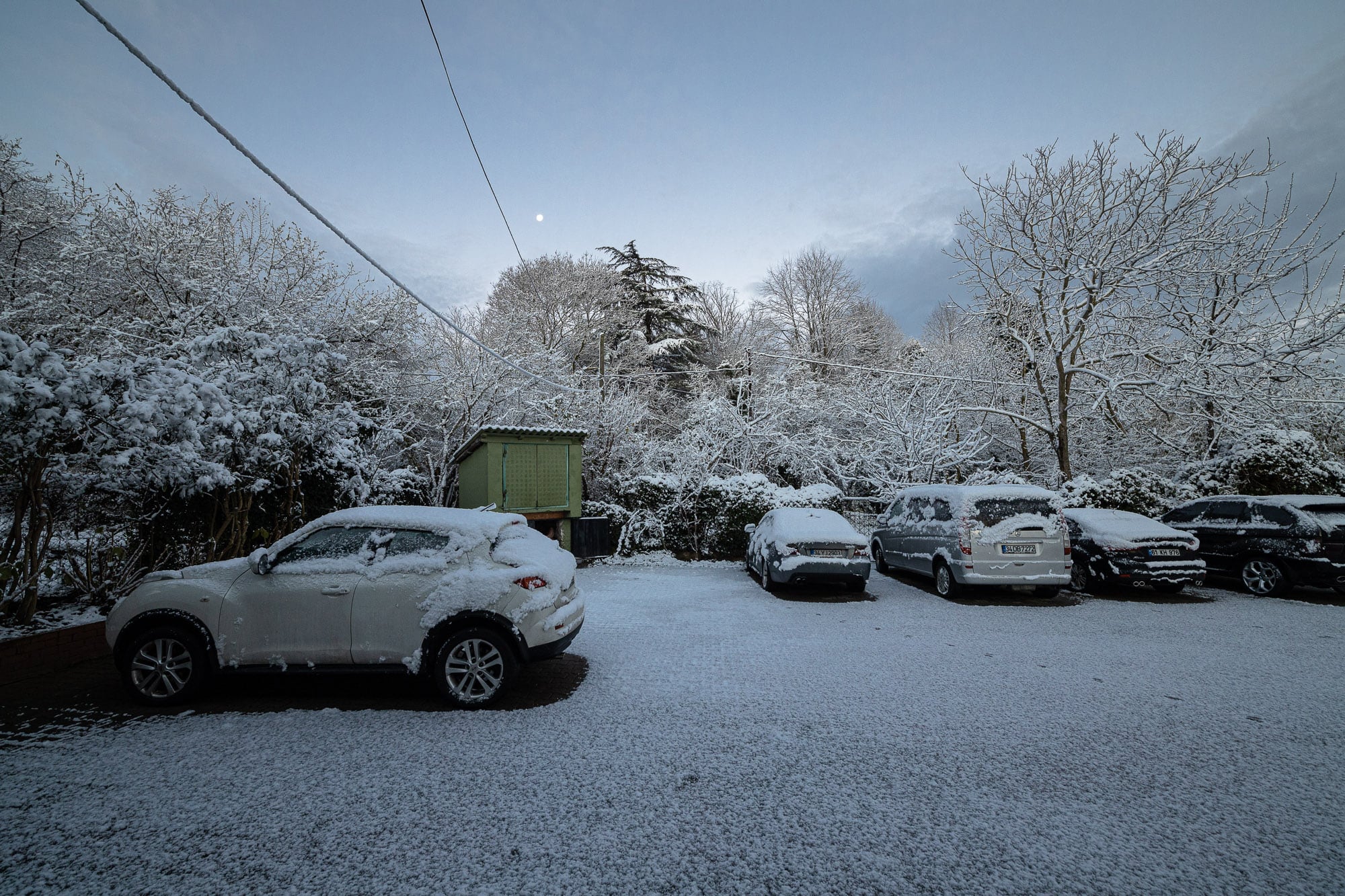 Is this a welcome present from Istanbul? 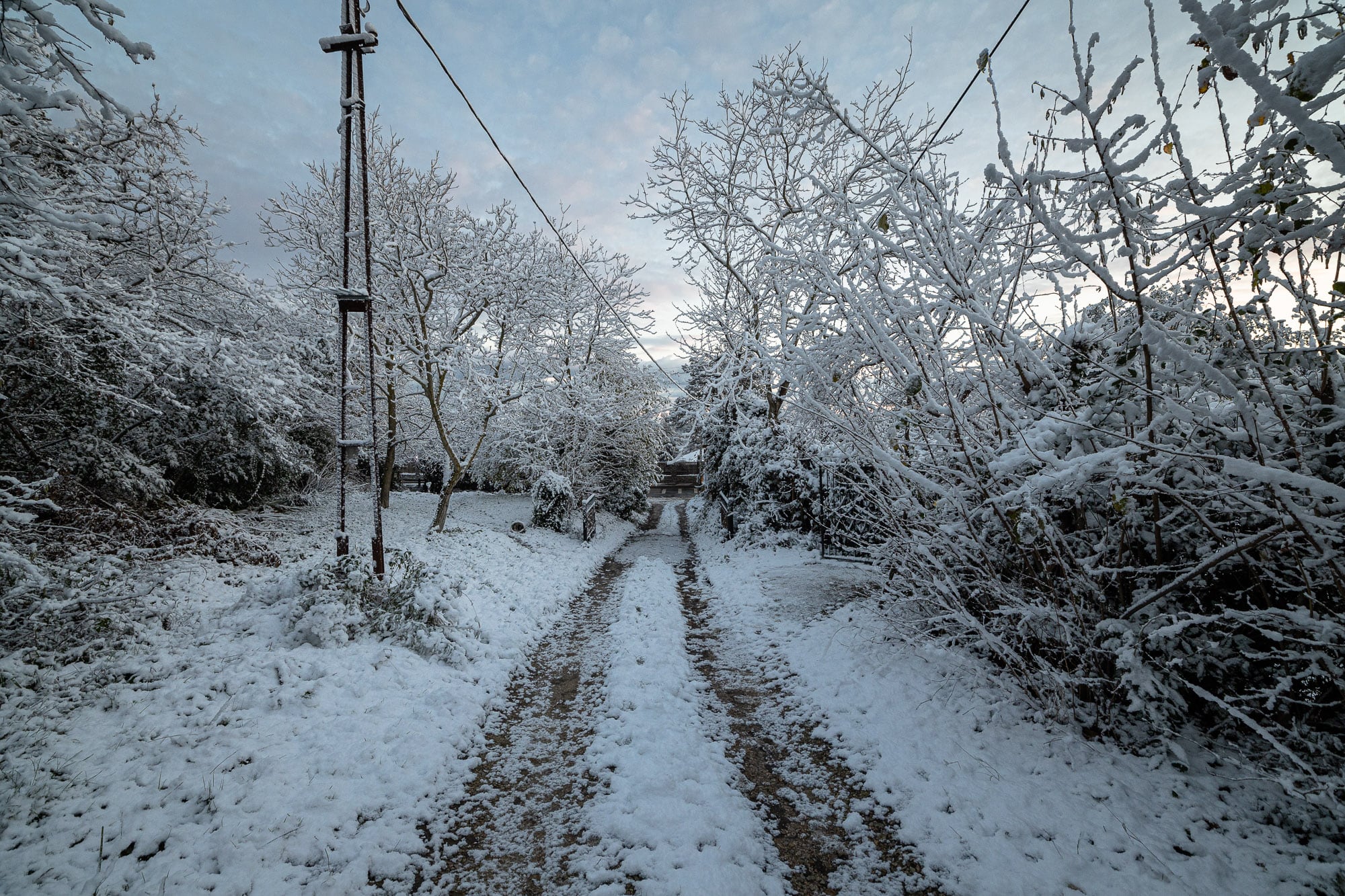 Gate of the Catholic church in Polonezköy: 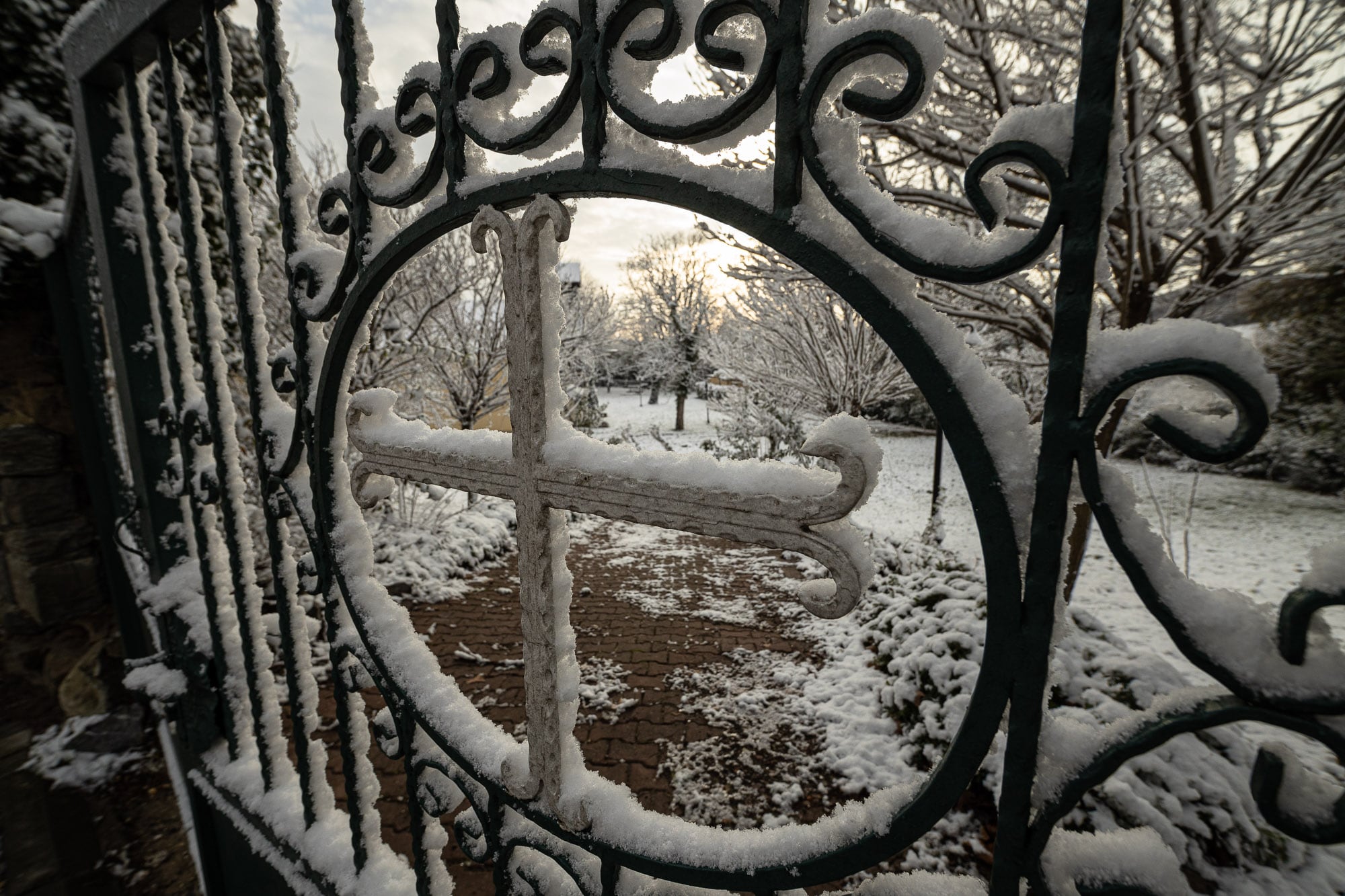 Snow on all the things: 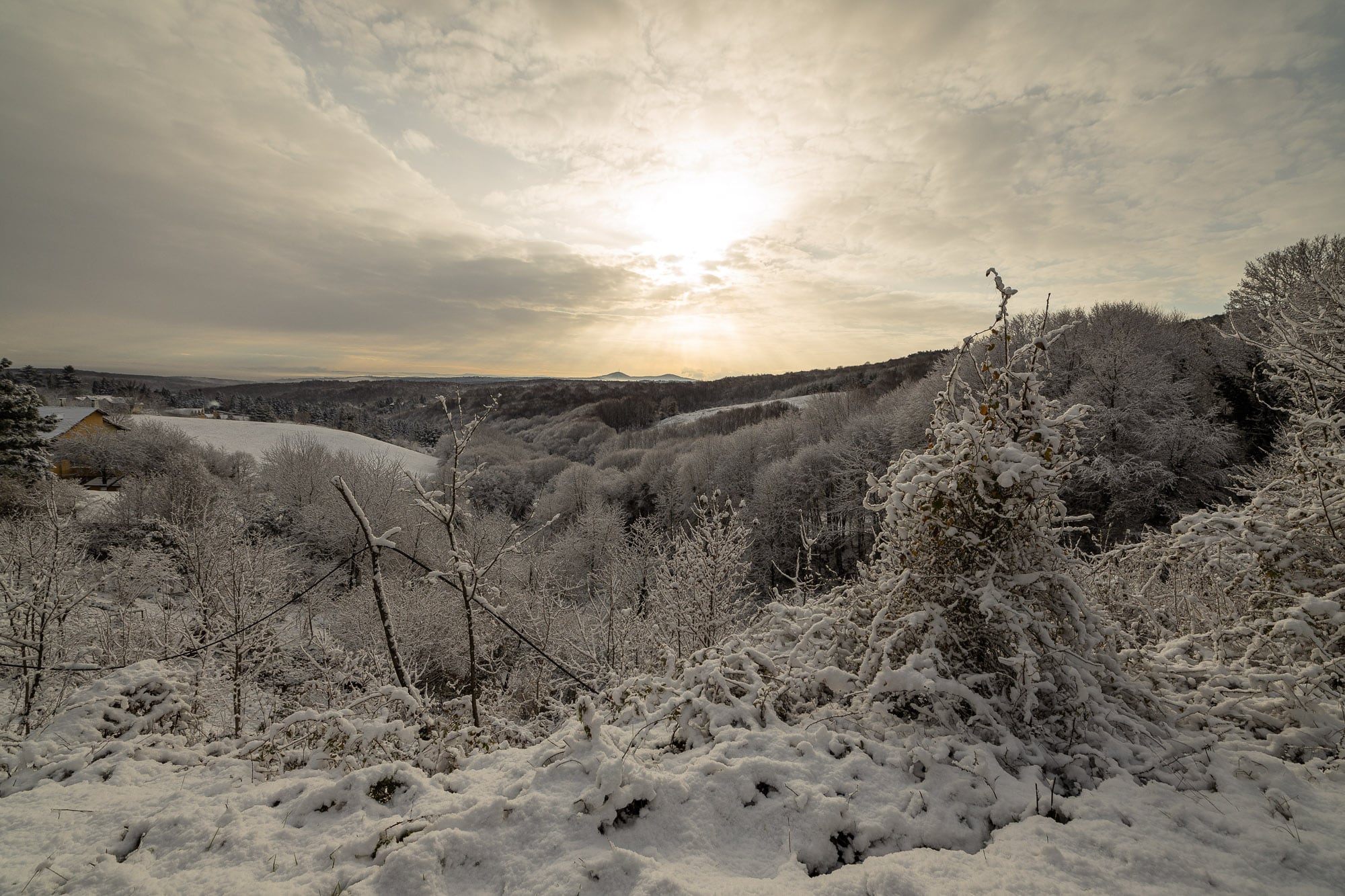 The Caboose is ready to walk from Polonezköy to Istanbul: 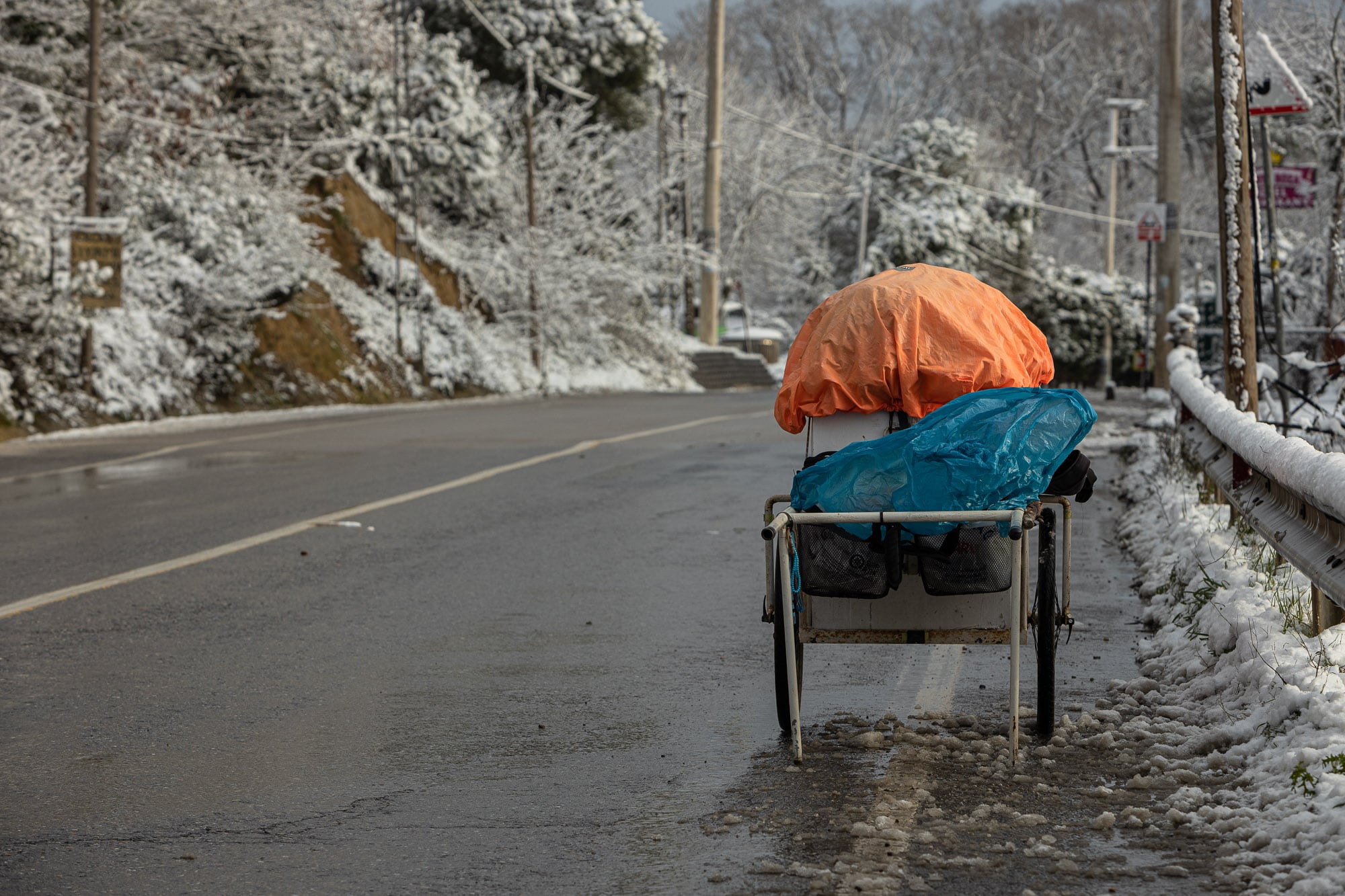 The road to walk: 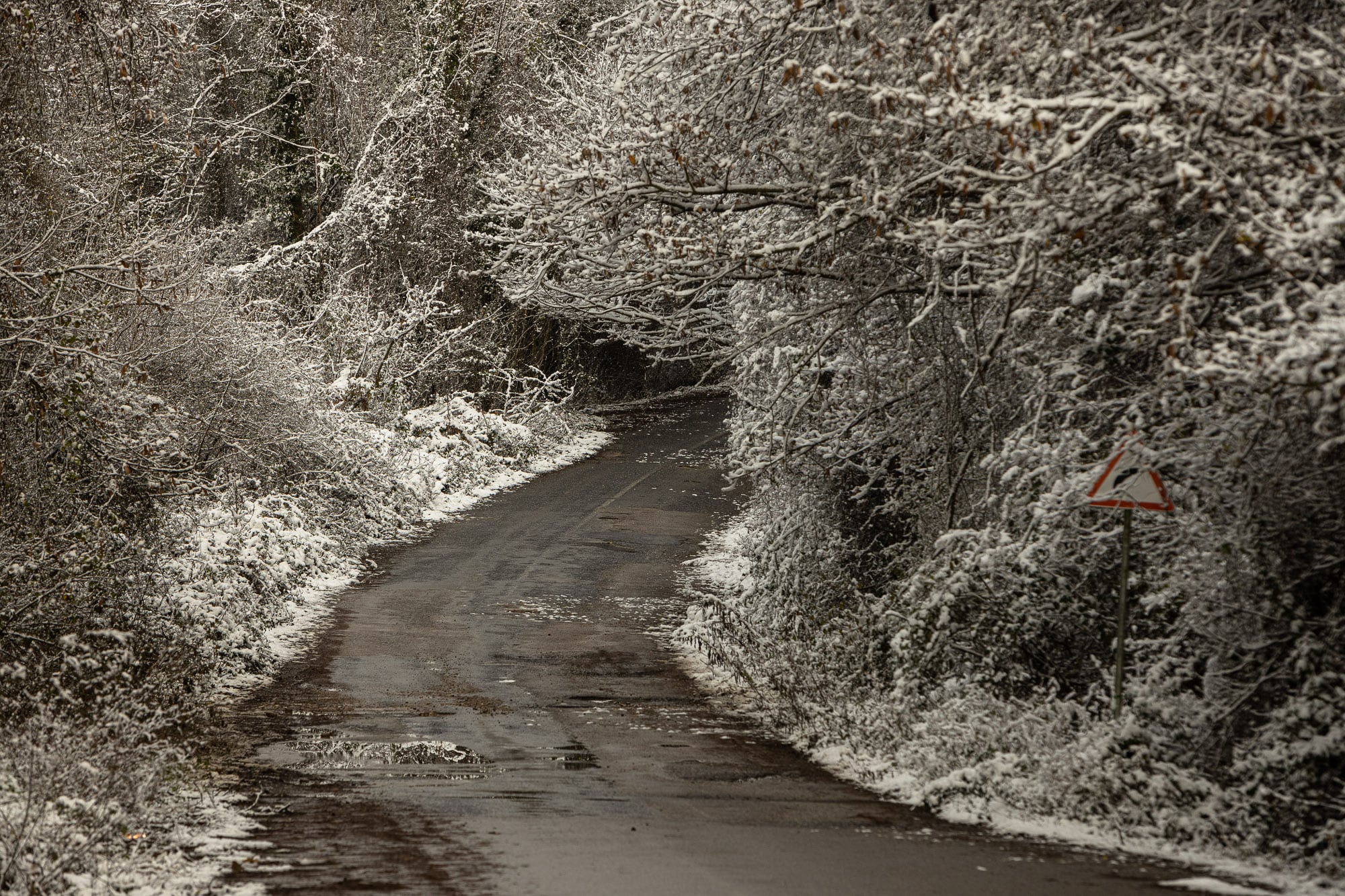 More of the road to walk: 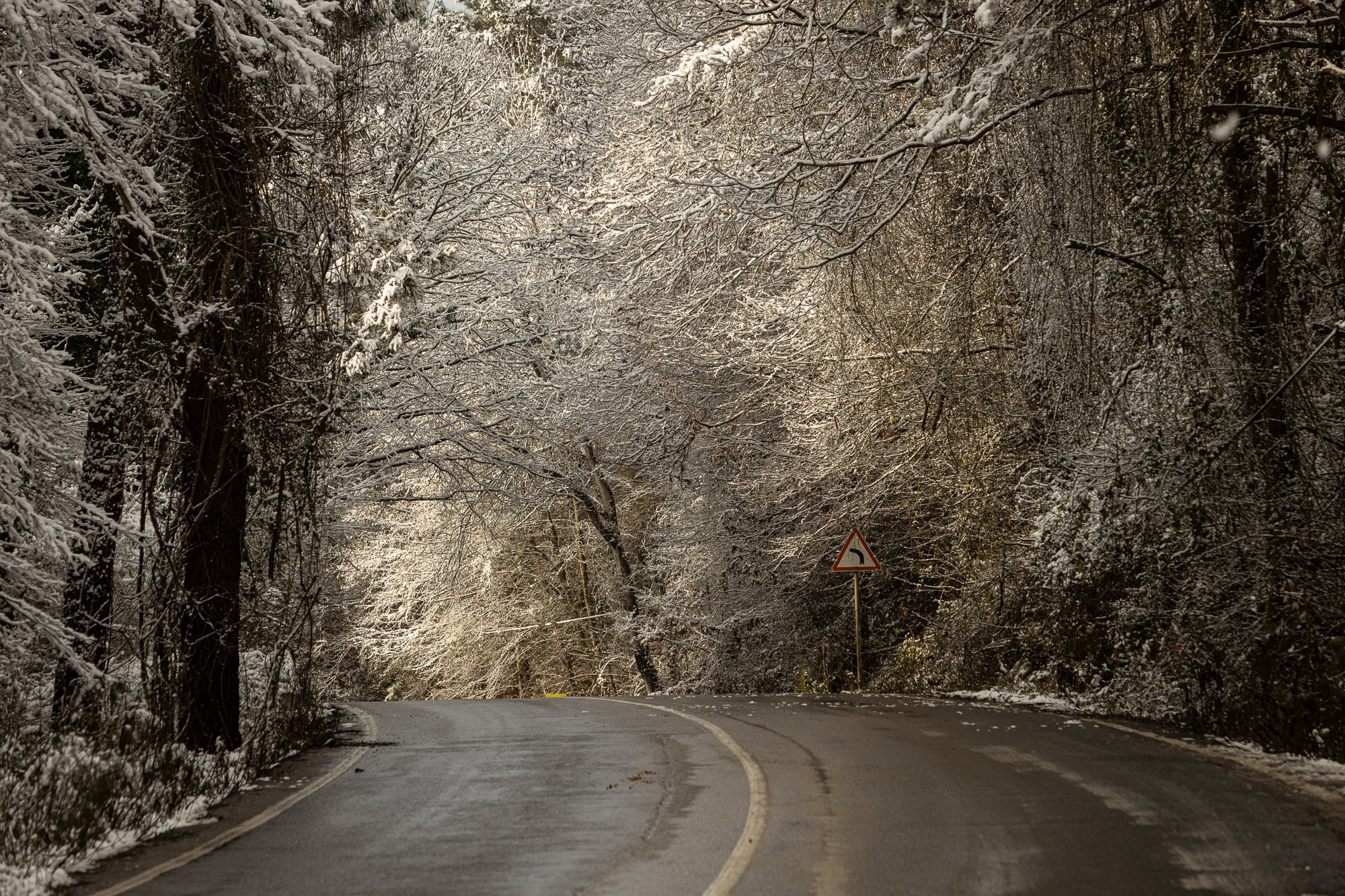 Someone had made shelters for the street dogs in the forest: 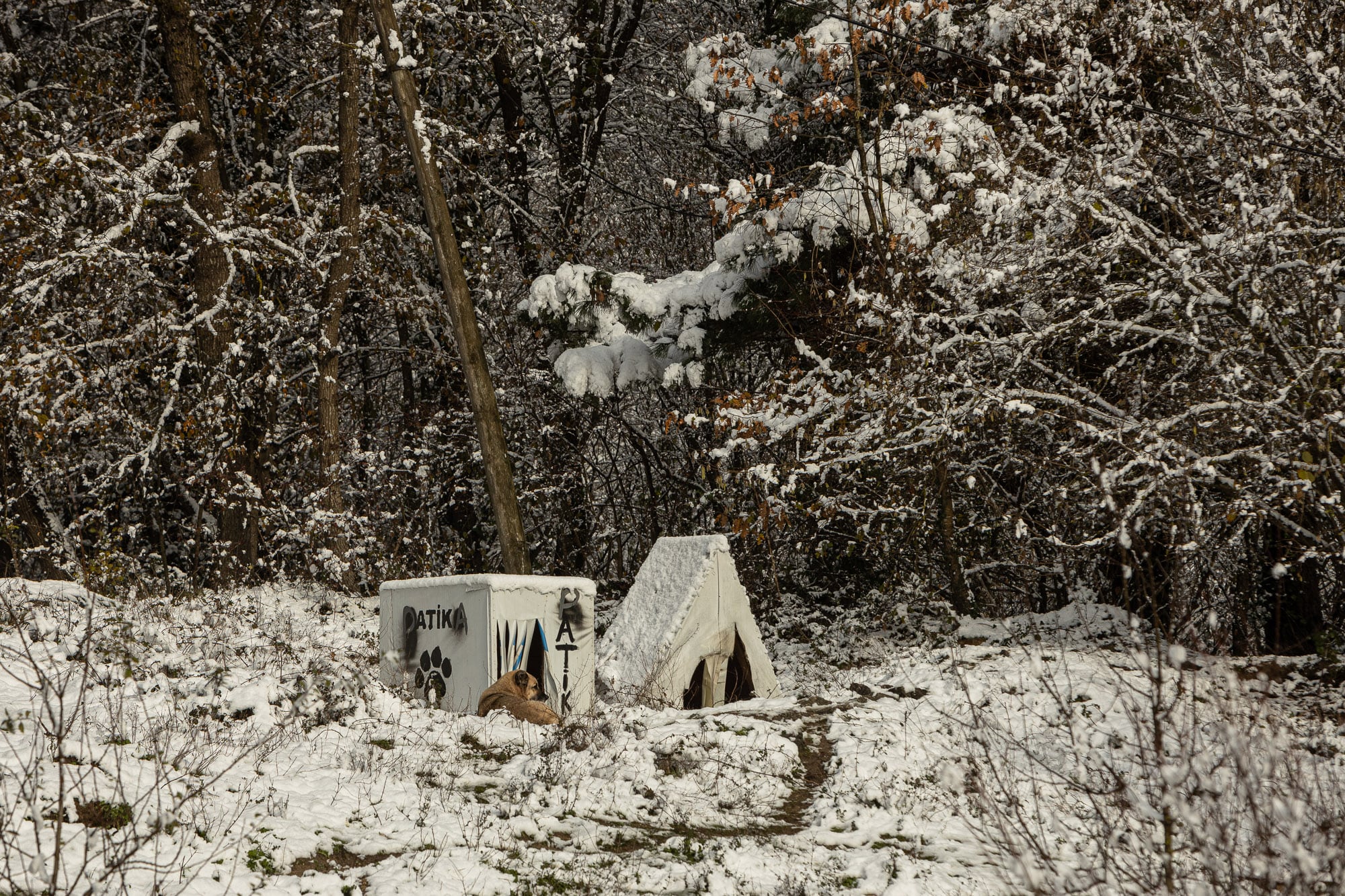 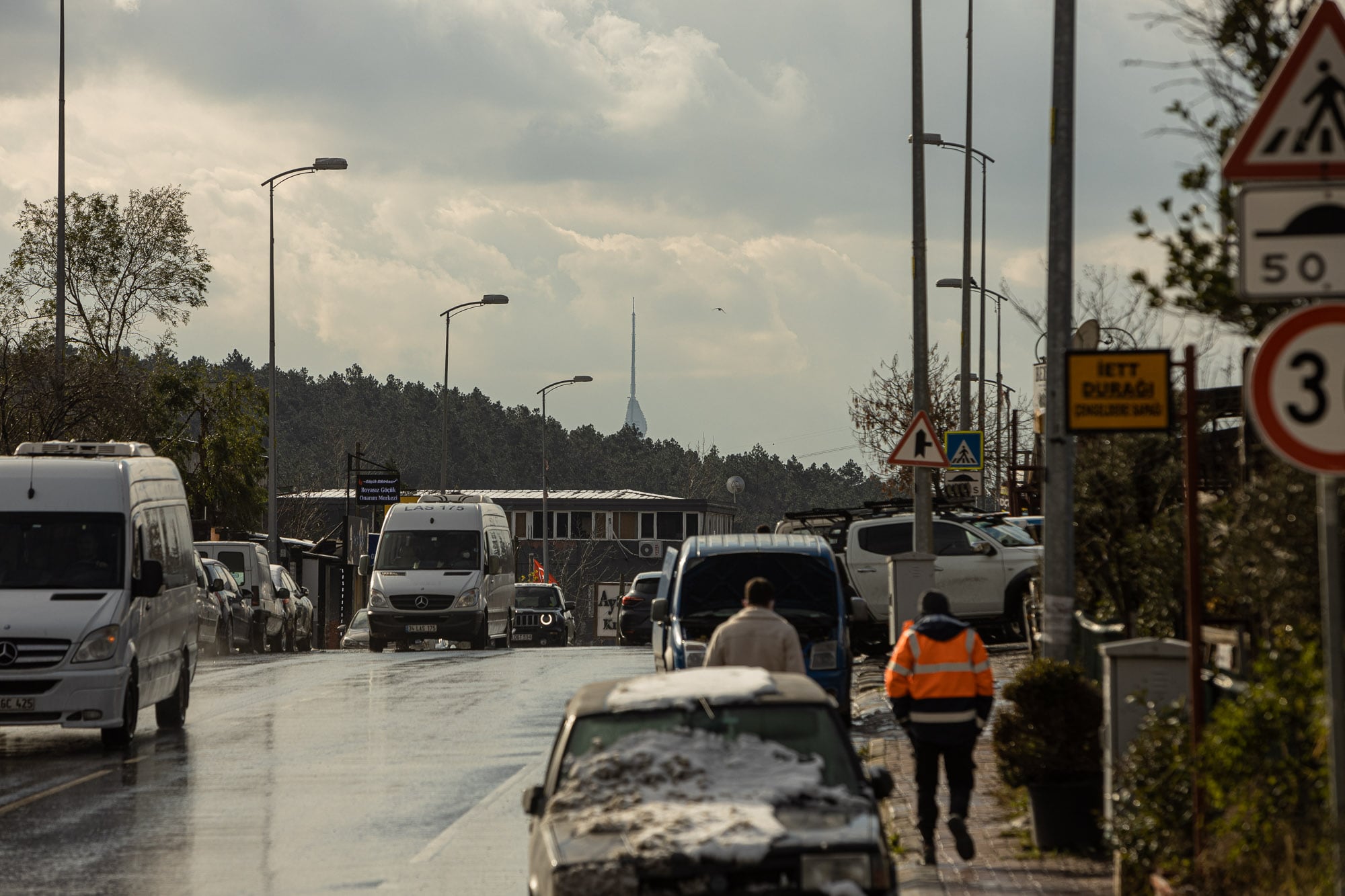 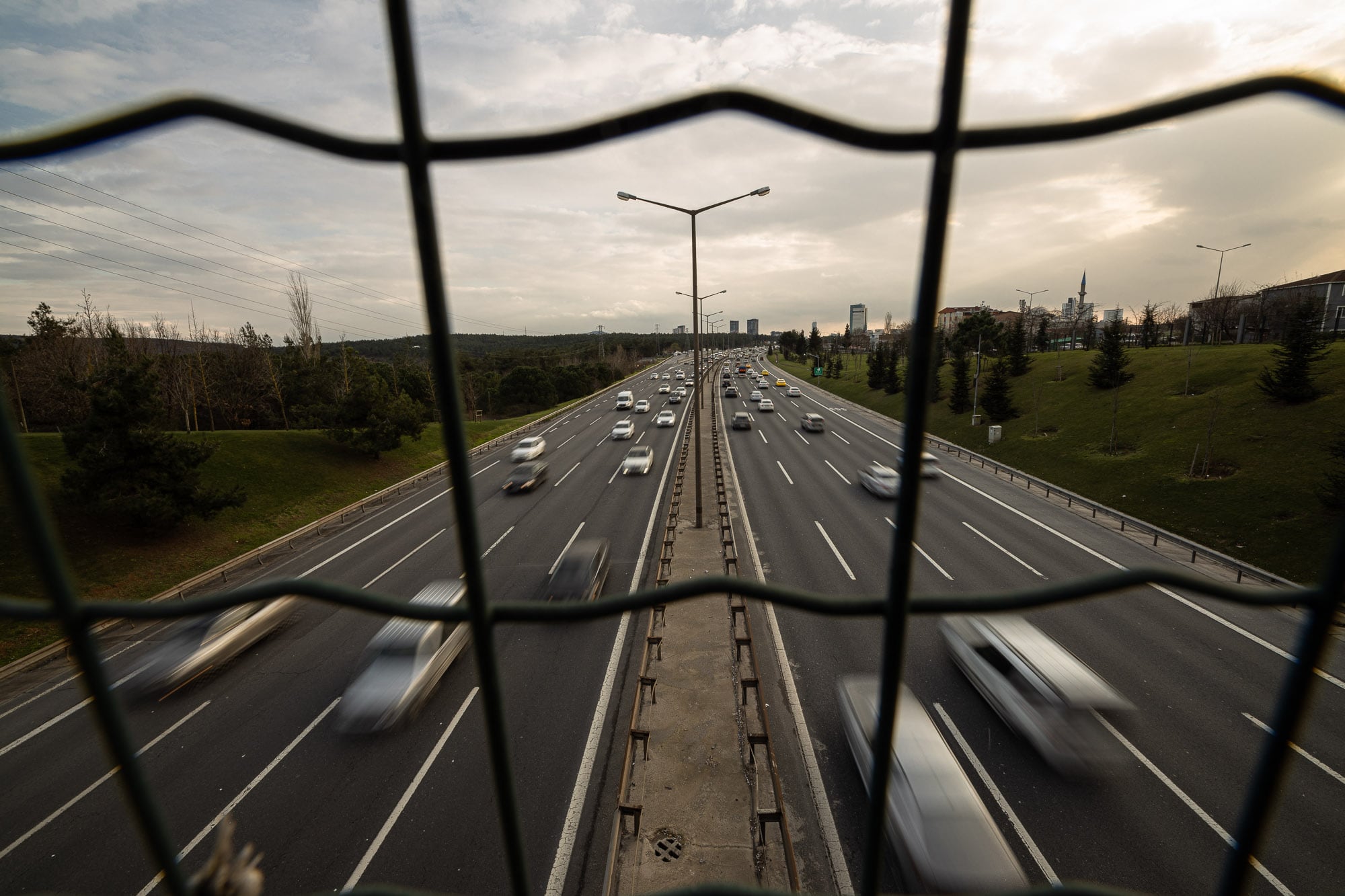 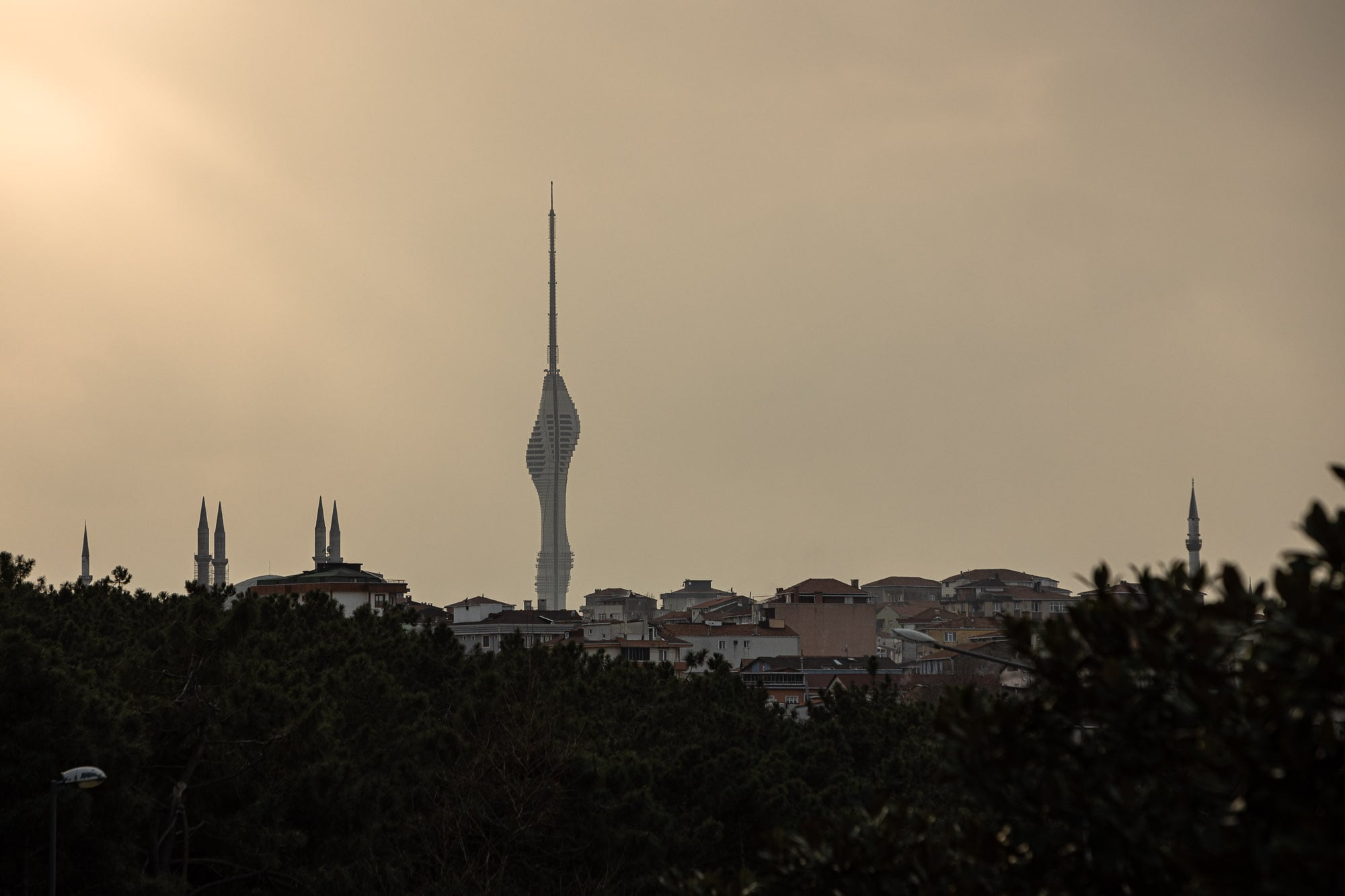 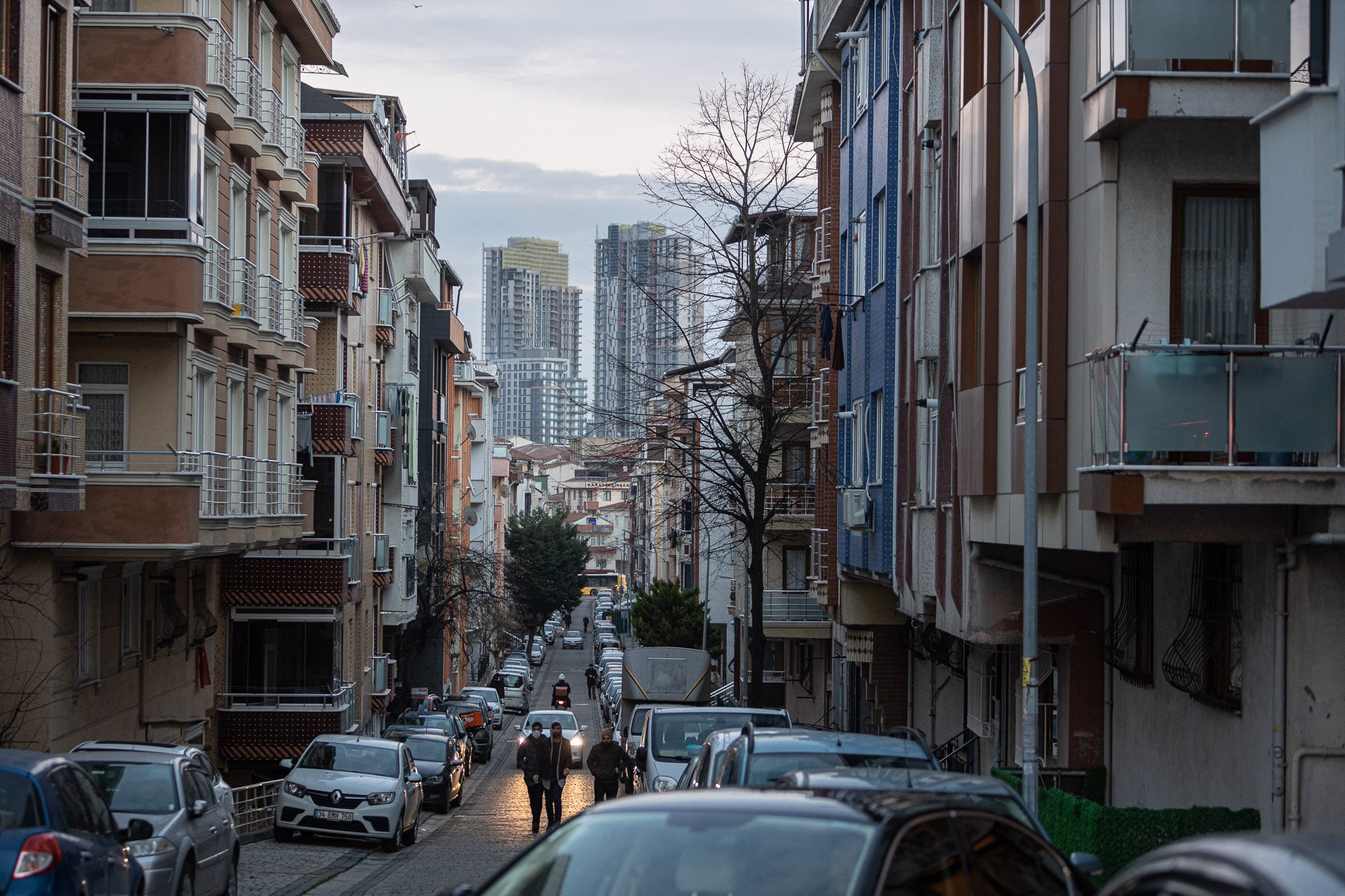 Narrow street with the spire: 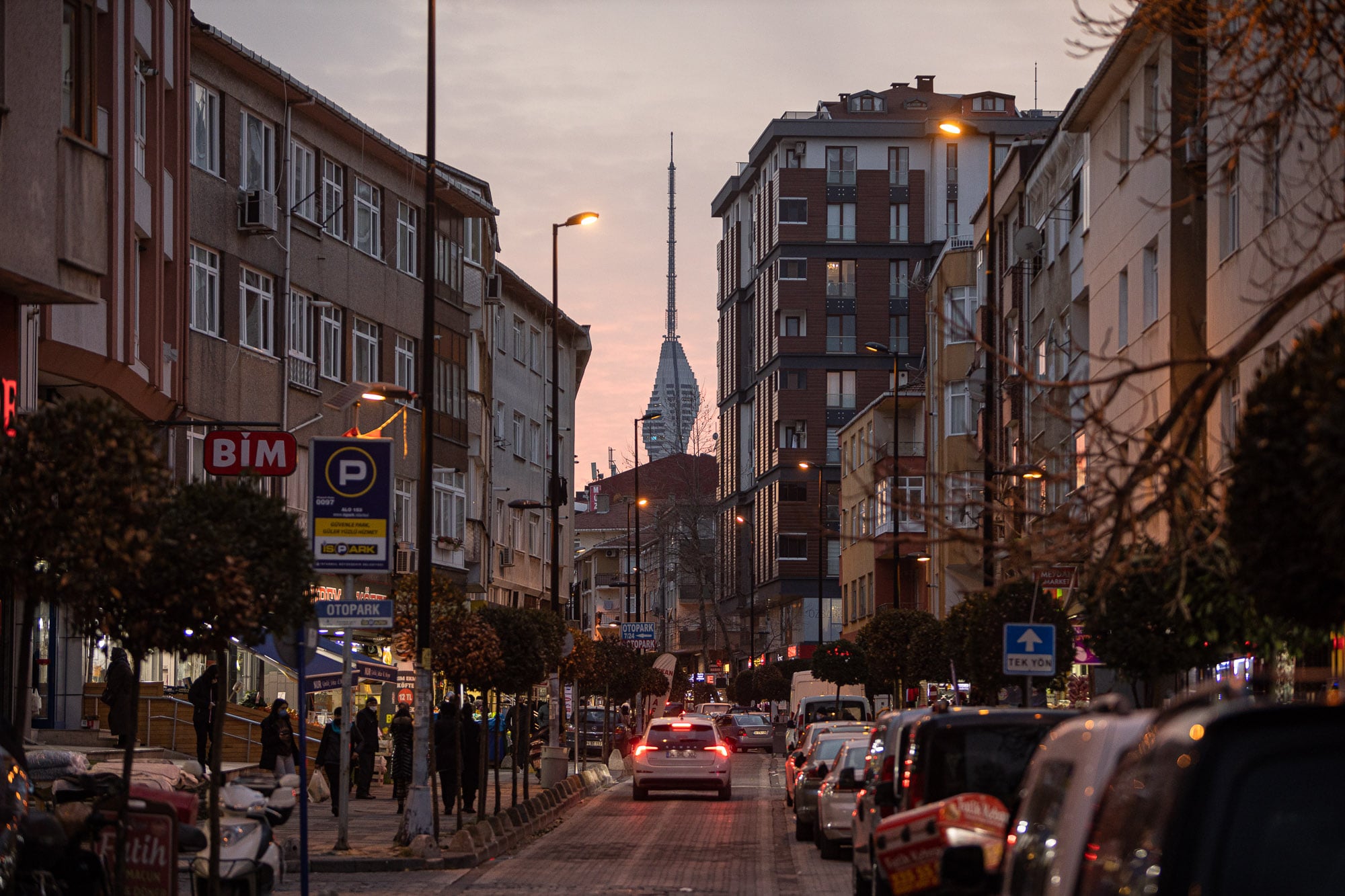 The Caboose in a pedestrian zone: 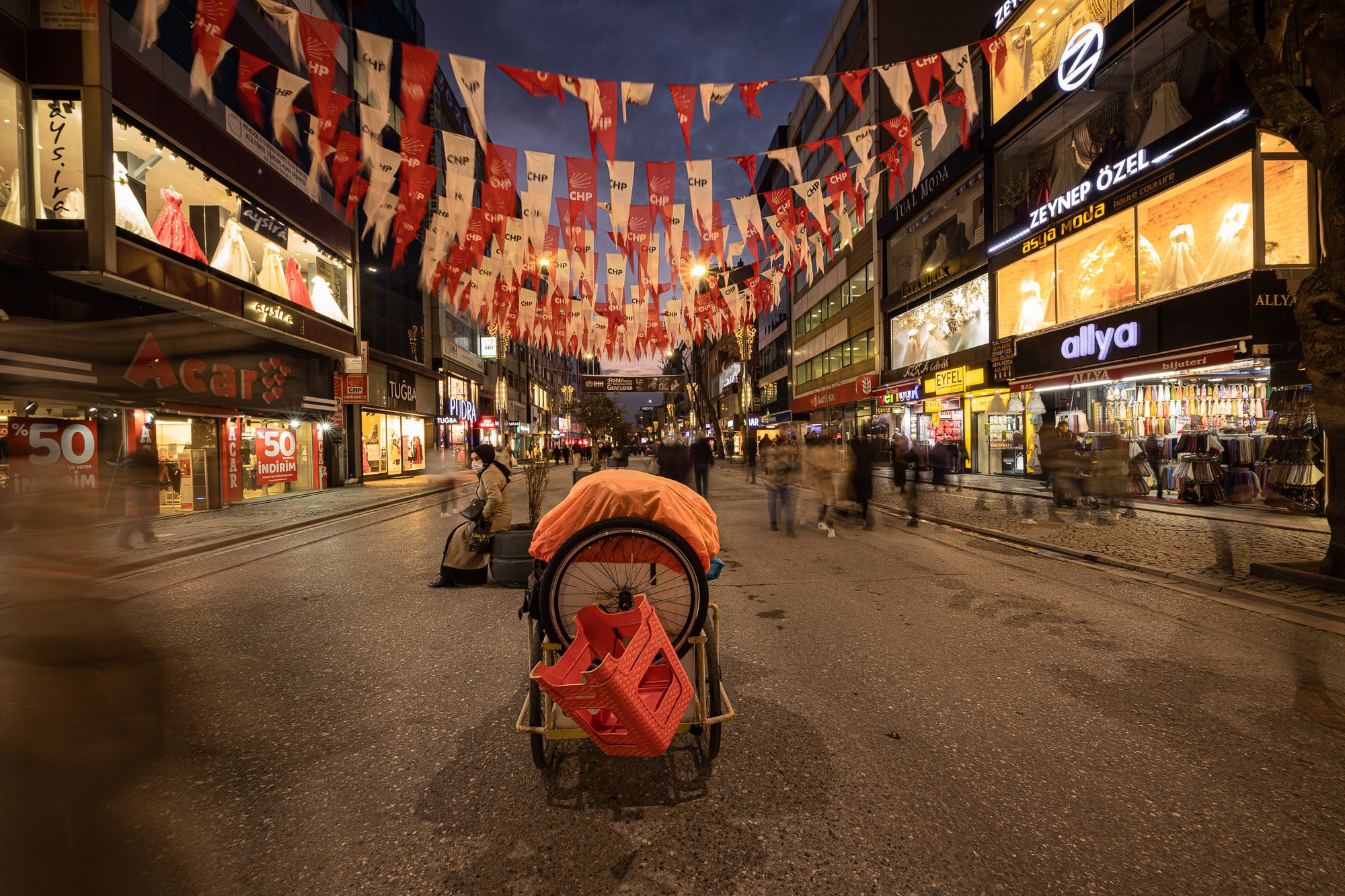 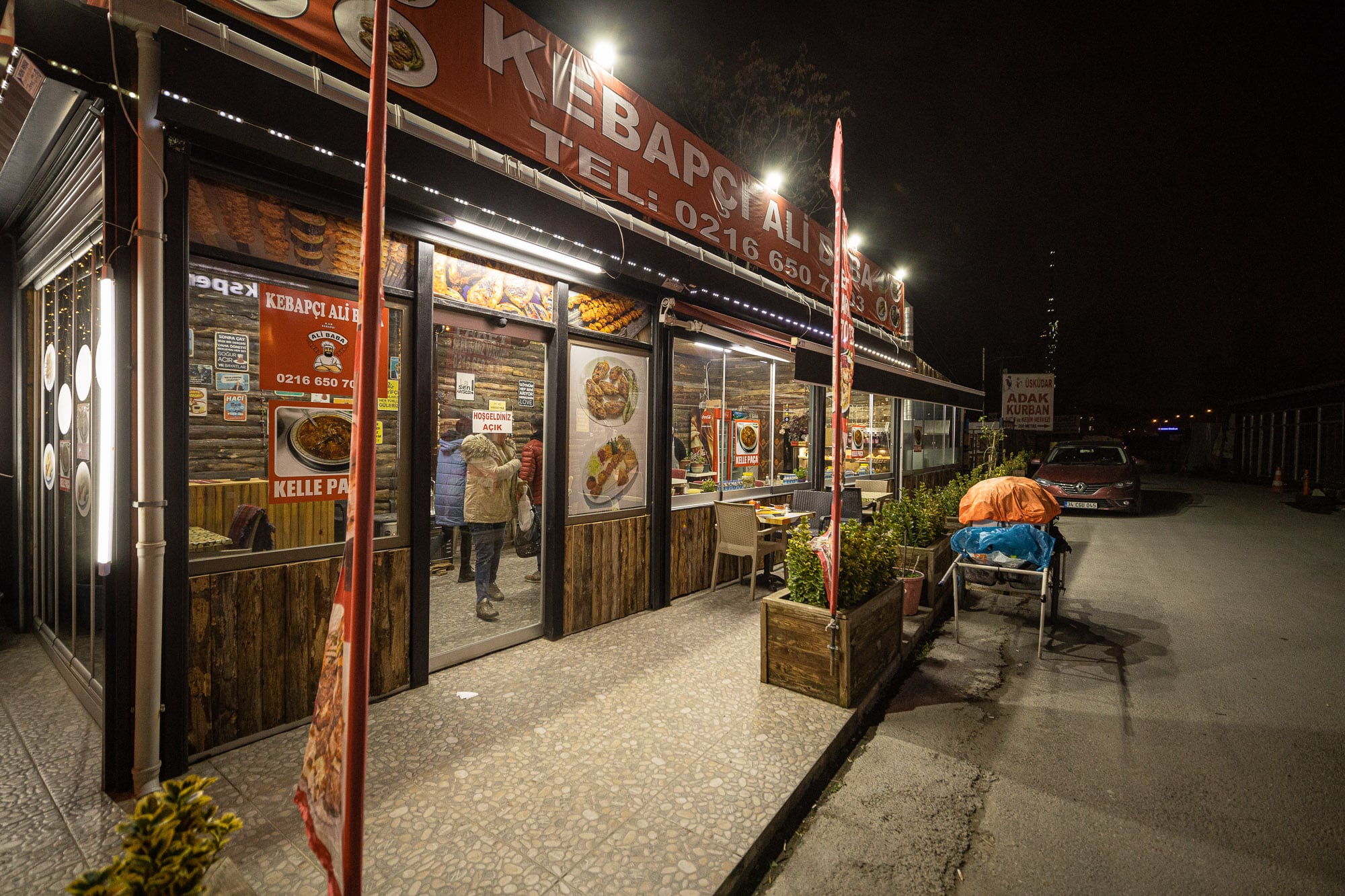 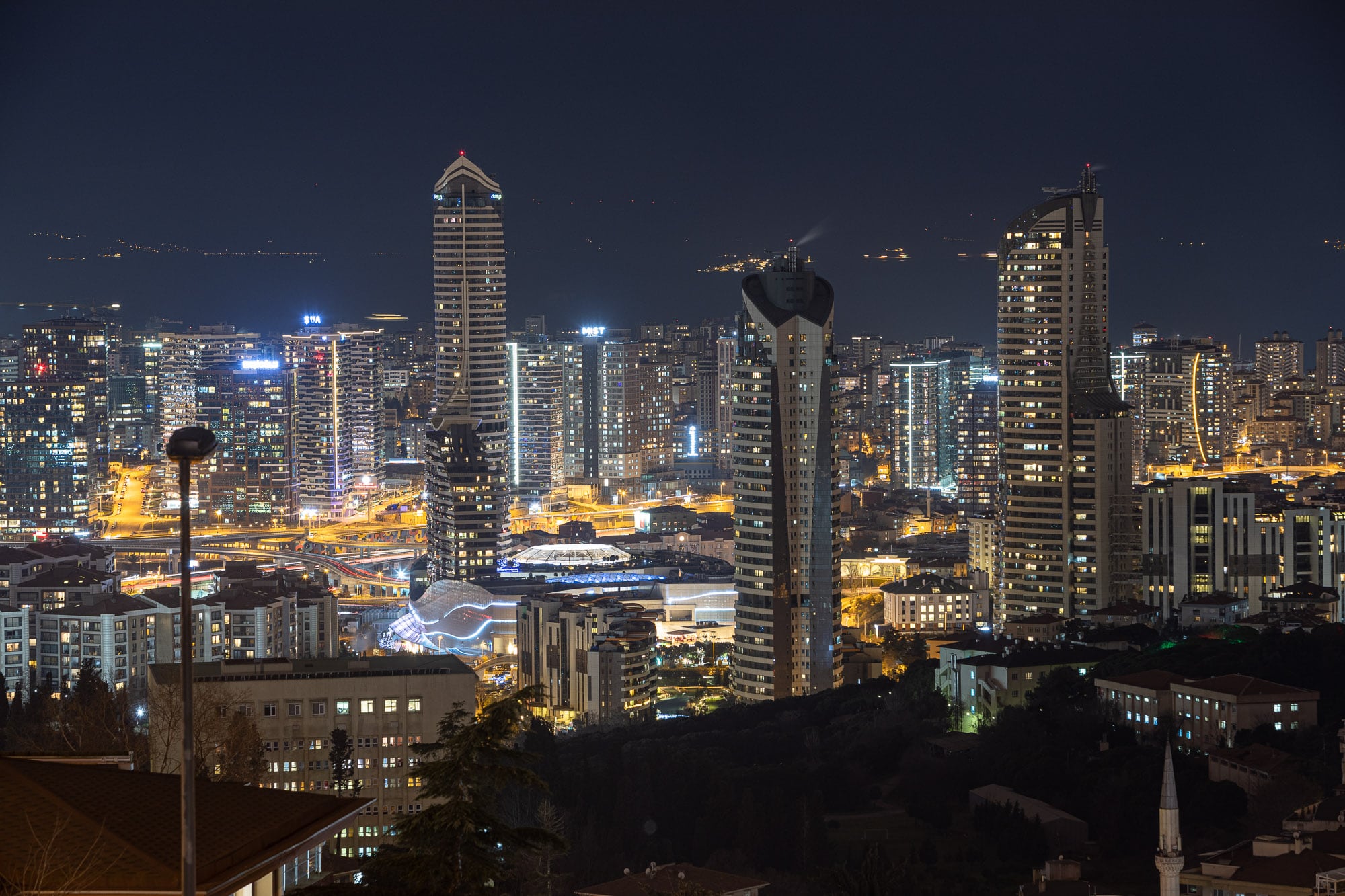 Highway with the spire clad in the flag: 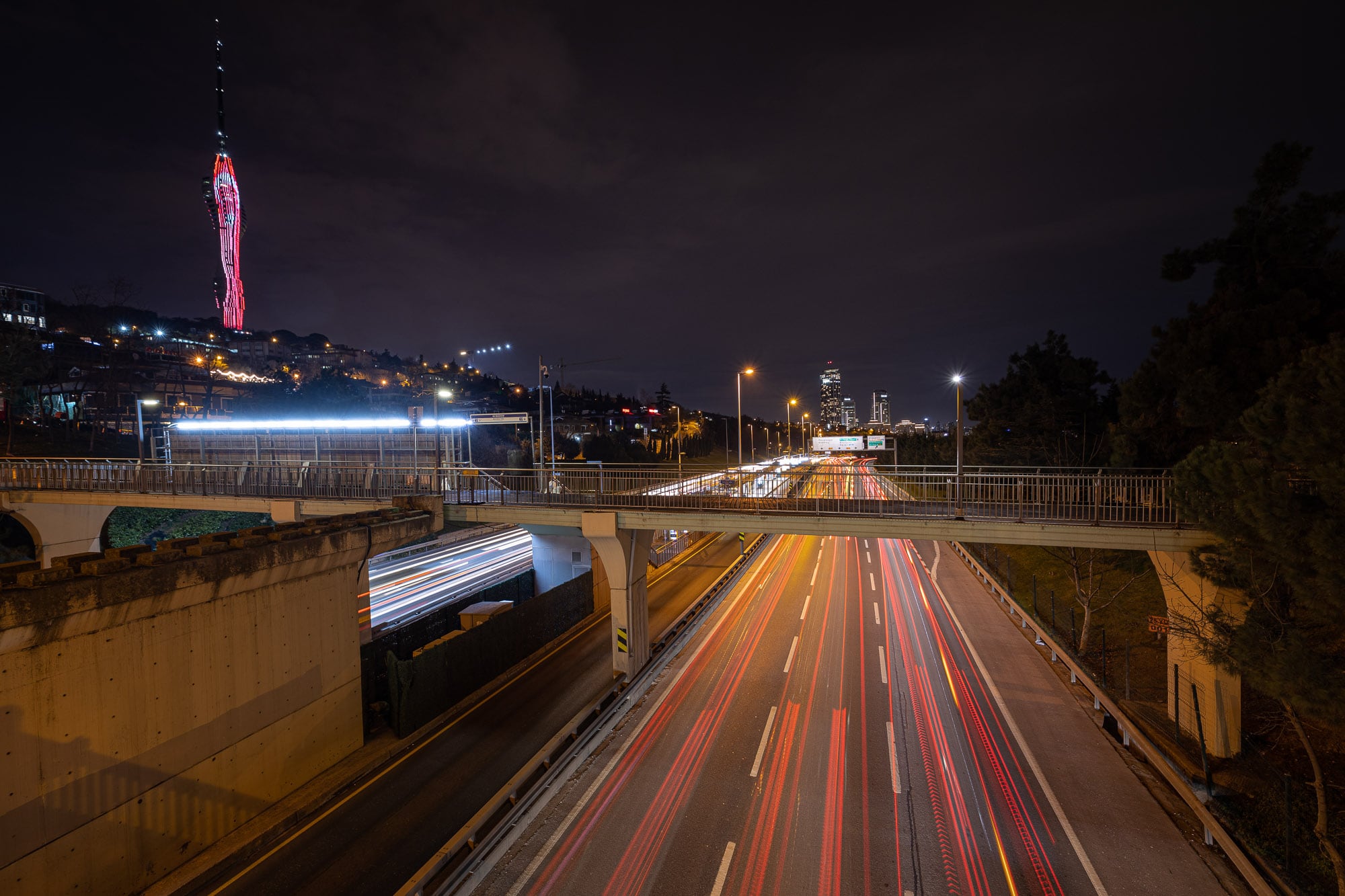 The two TV stars I had met near Amasra a month earlier: 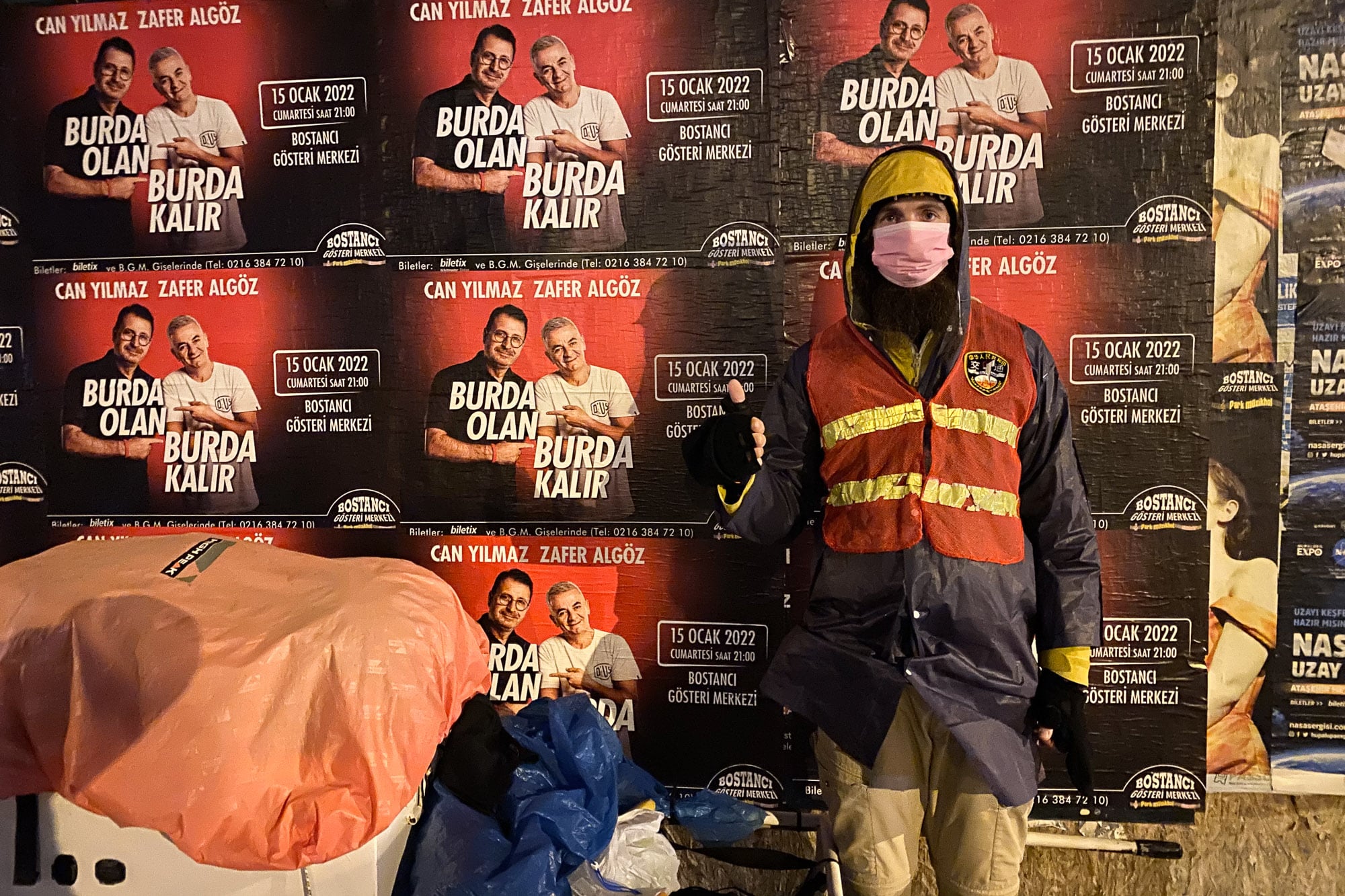 Day 499
from Polonezköy to Istanbul