This website is about a 15,000km walk from China to Germany. The route leads through Central Asia, Iran, the Caucasus, Turkey, and Europe.

I came up with the idea while I was studying at the Beijing Film Academy in 2006. I was looking at a world map, and I couldn’t help but notice this: 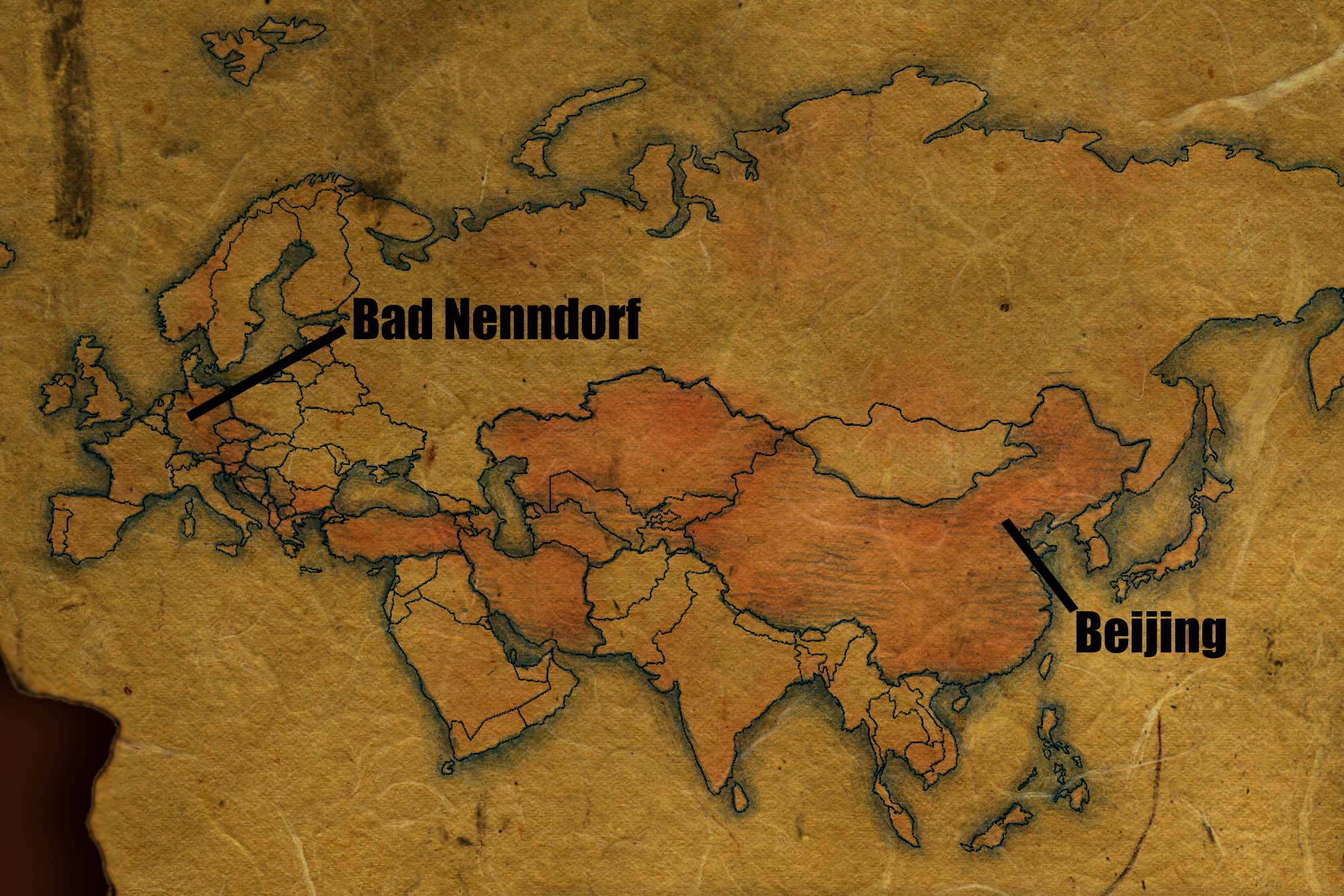 There seemed to be only land between China and Germany – and land meant that it was possible to walk there. I had previously hiked from Paris to my home town Bad Nenndorf during one hot summer, and it had been a terrible experience. Nothing but sweat and blisters. But in hindsight it had also been the best time of my life.

And so a new idea grew in me. I called it The Longest Way:

I would finish my studies in Beijing and then try to walk home to Bad Nenndorf. All of my things would be in my backpack, and I would travel along the Ancient Silk Roads. I would take photos and write about my experiences in a blog.

And so I made a plan. I figured that there were a few places that I wanted to see on the way. These places were called The Route:

Nothing was carved in stone except for two cities on The Route: Samarkand and Istanbul. Those two names had enchanted me with their magic, and so I absolutely had to see them. And I had to see them by walking to them.

the walk through China

I stepped out of the door of my apartment in Beijing on November 9th, 2007.  It was my 26th birthday, and I looked like this: 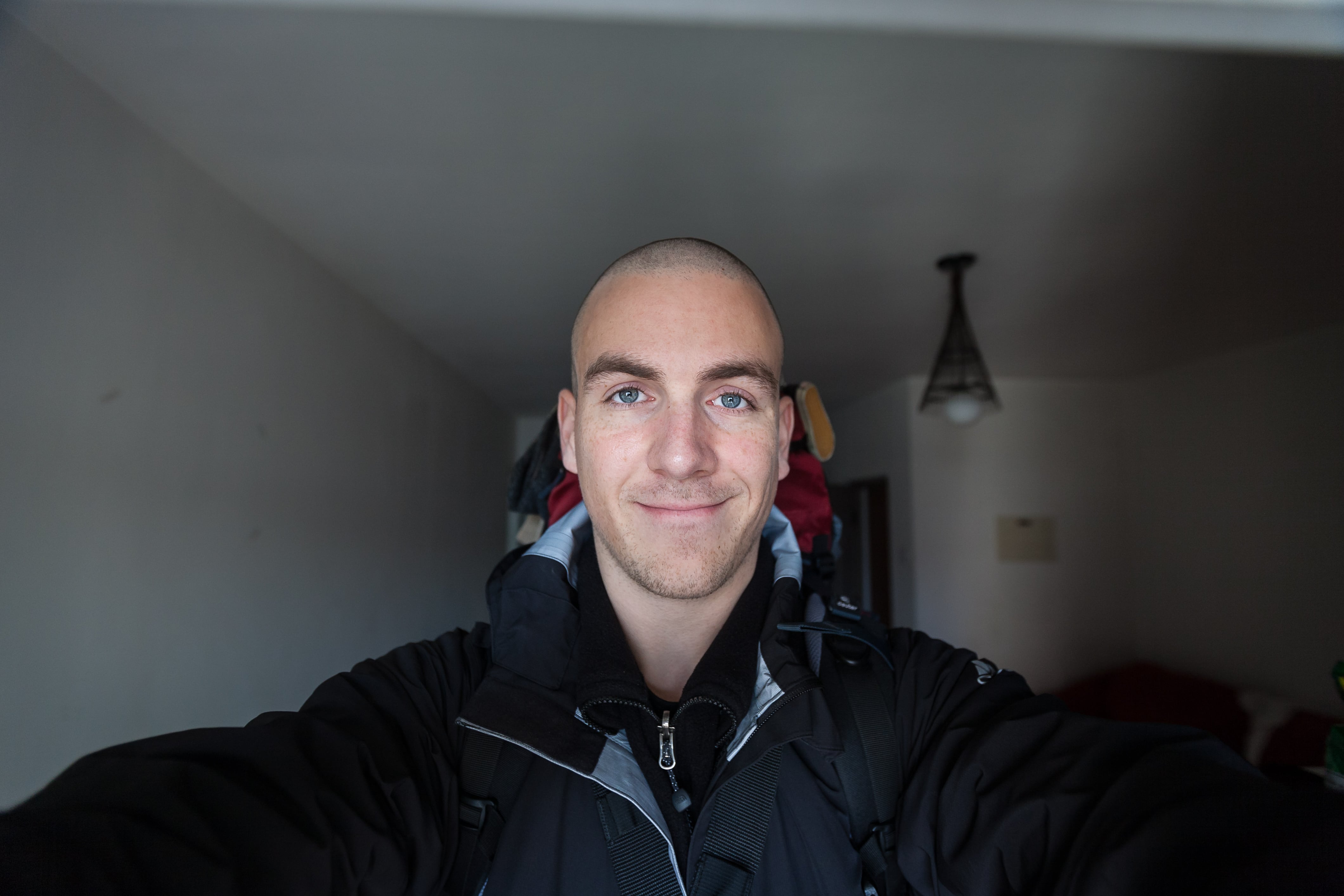 I walked and I walked. The Longest Way led me through villages and cities, over mountains and rivers. It was cold sometimes, and at other times it was very, very hot. After about 3,000km I got the Caboose made because I needed a solution to transport all of my supplies through the desert.

And then, after a year on the road, when I was still more than 10,000km from my home, I stopped walking.

I had come to realize that there was more than just solid land between me and my home.

Sometimes the desert was within you.

Also, I had somehow ended up looking like this: 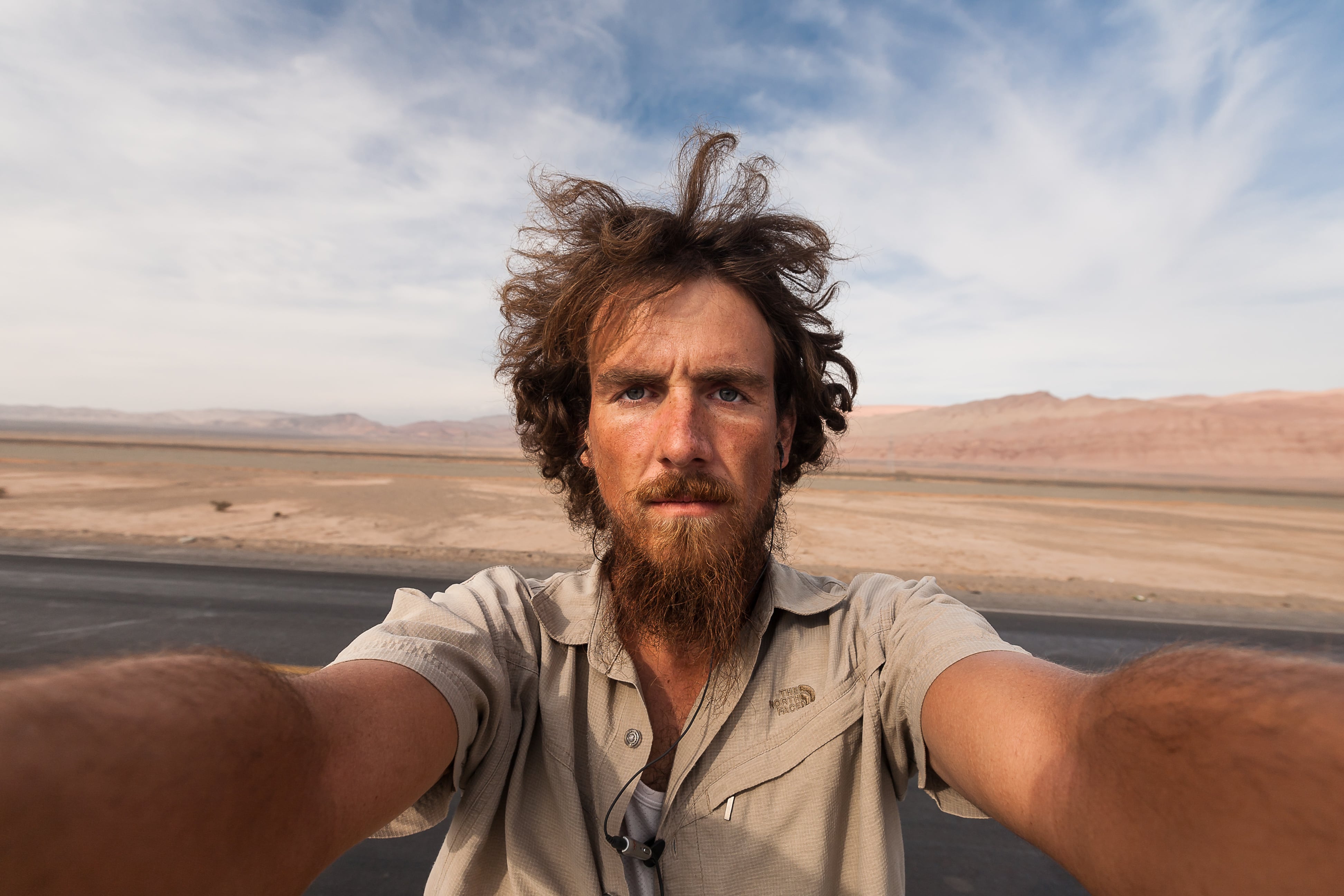 4,500km were behind me, but Bad Nenndorf was still very far away.

So I flew back to Germany, tried to pick up my life and made a little video about my walk – and about the weird beard that I had grown on the way:

I called it «The Longest Way 1.0», and it surprised me by going viral and even earning some awards.

Why the name though: The Longest Way?

I’d like to call this one The Longest Way, even though I’m not attempting to set any sort of record. There are longer ways, and other people have walked them. Why did I choose the name then? Well, for one, the domain was available. But there’s another reason: some people take walks and others do other things. However, this goes for everyone – it is The Longest Way from a daydream to a dream.