This post is about a 26km walk from Dogancili to Cumhuriyet. It’s the last time I will walk alongside the Black Sea.

I woke up in my winter sleeping bag, breathing little white clouds into the air above me. When I got up the cats were still there, and so was the Black Sea. It was still the same drizzling weather as before. I looked at the sea and at the map, and then back at the sea again. Then, with a heavy heart, I got going.

The Black Sea has many names in many languages, most of which describe it as dark or black. The Greek name is different, though. They call it the Hospitable Sea. Sounds good, doesn’t it? Yes, but there’s a caveat: the term Hospitable Sea, according to Wikipedia, is a euphemism. The original Greek settlers, wrestling with the waves and the people that lived on its shores, called it the Inhospitable Sea.

I walked through the drizzle for a while, with the forest on my left and the sea on my right. Then the road made a turn, climbing up a little bit, winding its way up the hills, until I got to a point where I understood that this would be the last time I would see the Black Sea.

So I set down the Caboose, and I turned back to look at the Hospitable Inhospitable Dark Black Sea. I remembered the first time I had laid eyes on it, on a warm August day in 2019. It felt like aeons ago, but then what didn’t? I remembered the time I had taken a boat to the Island Of The Amazons, and that time just a few weeks ago when I stood above the waters of the sea and it was so beautiful that it made me cry.

Goodbye, I said, and I took one last picture. Then a garbage truck appeared.

One gözleme, two bananas, two oranges, and a lot of tea later I noticed something in the distance. It was getting dark around me, but the horizon was glowing in different shades of yellow. That glow was the city, I understood after dumbfounded moment, that glow was – Istanbul.

I decided to take a picture to commemorate the moment. I was wearing my king-hat, my poncho, my gloves, my pink mask, and my reflective vest, and I had gotten the stick out in case there were mean dogs. It was an odd look, but I wasn’t fully aware of it.

I only realized the oddness of my appearance when I walked into a hotel in Cumhuriyet and the receptionist, upon being asked for a room, helplessly looked at her manager for support.

Waking up next to the Black Sea: 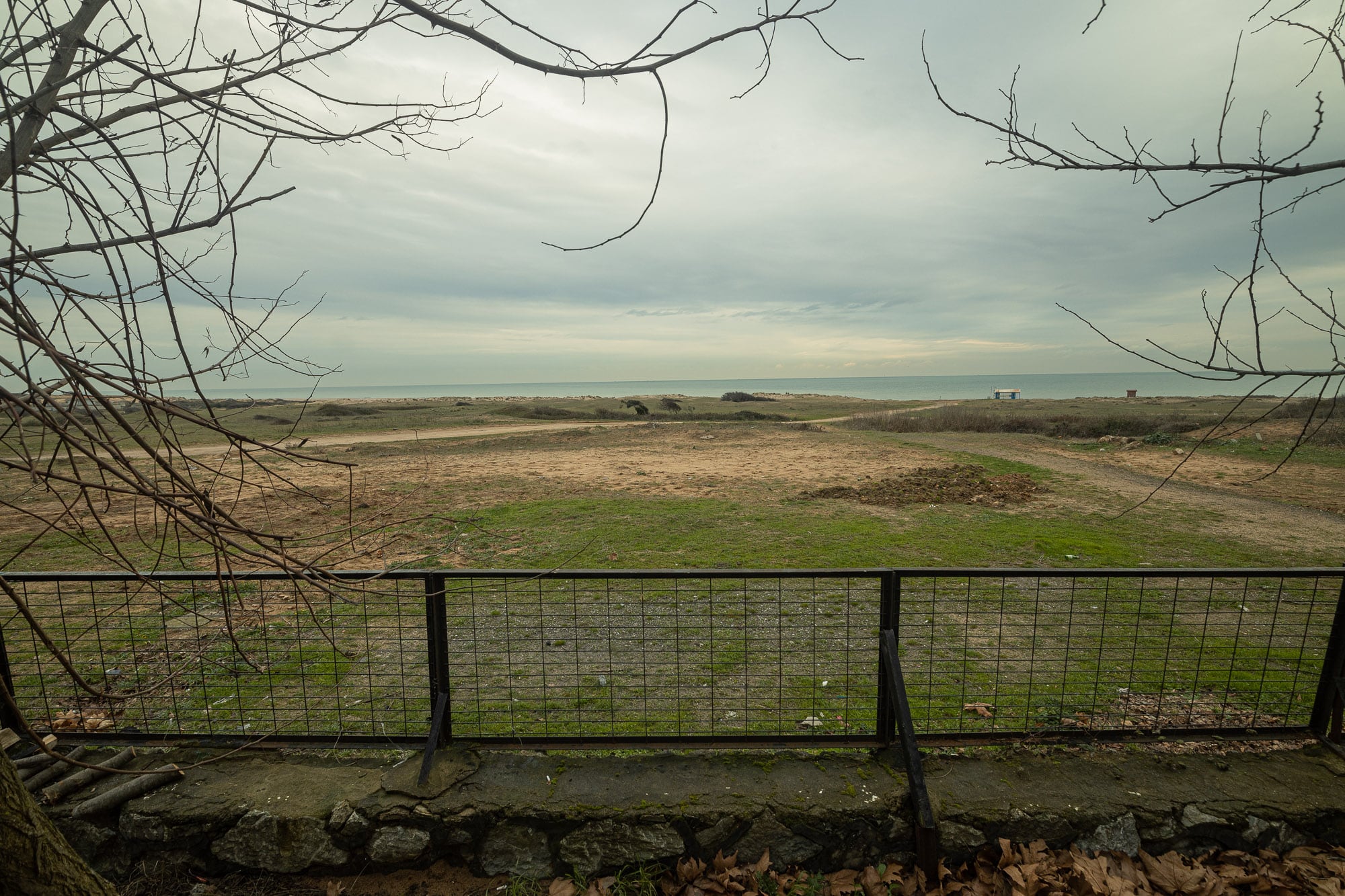 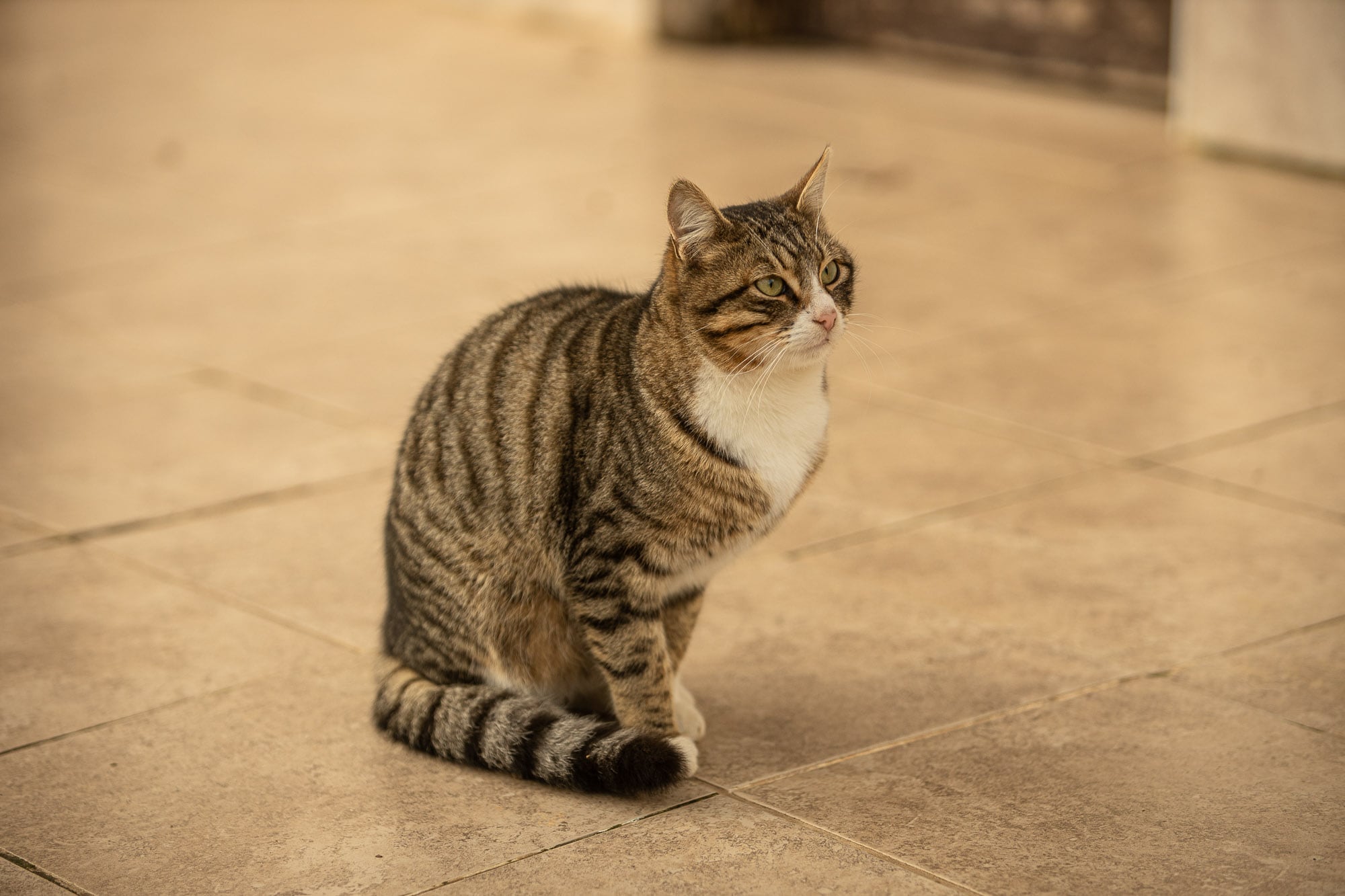 A mirror selfie on the walk from Dogancili to Cumhuriyet: 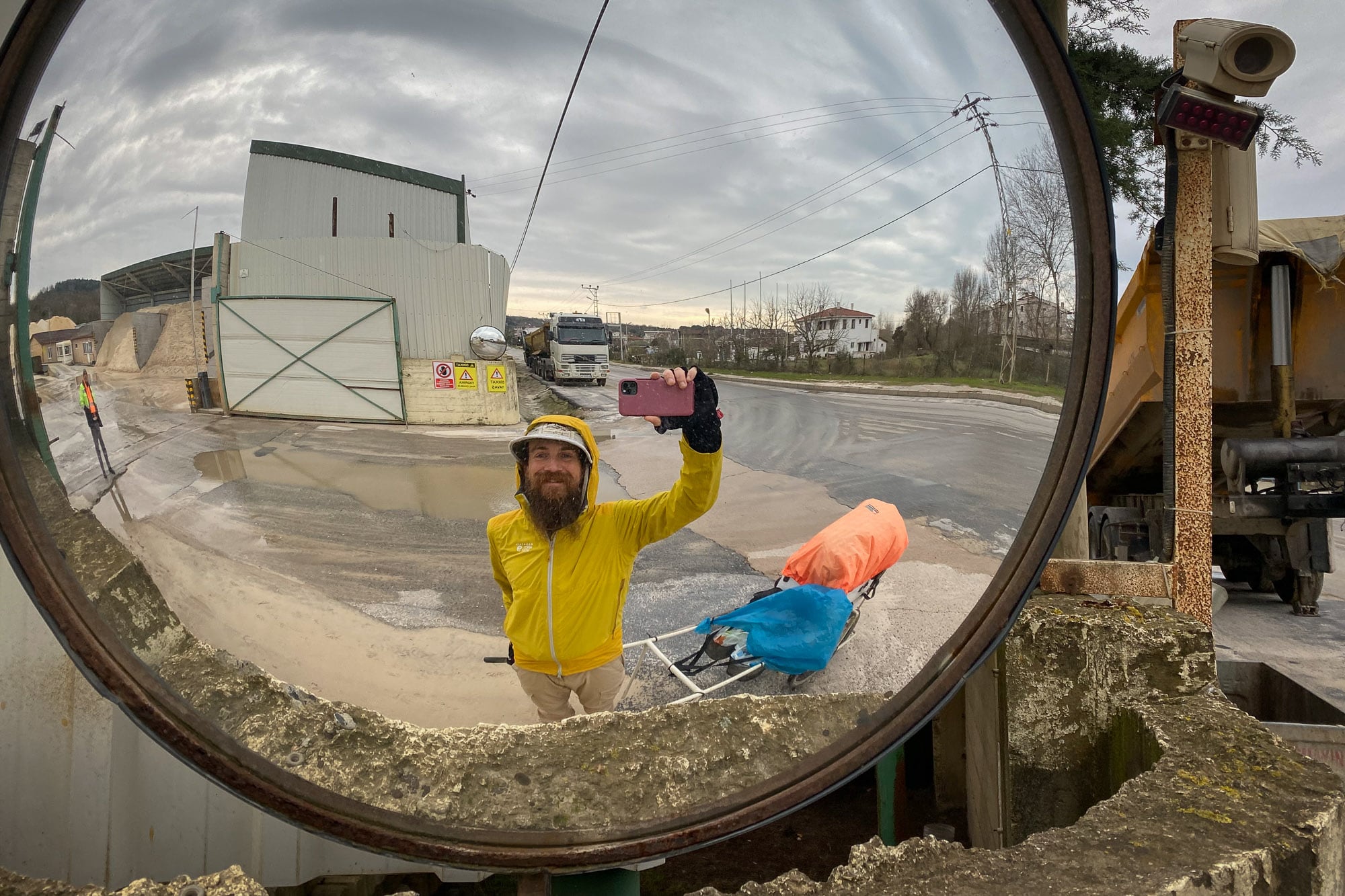 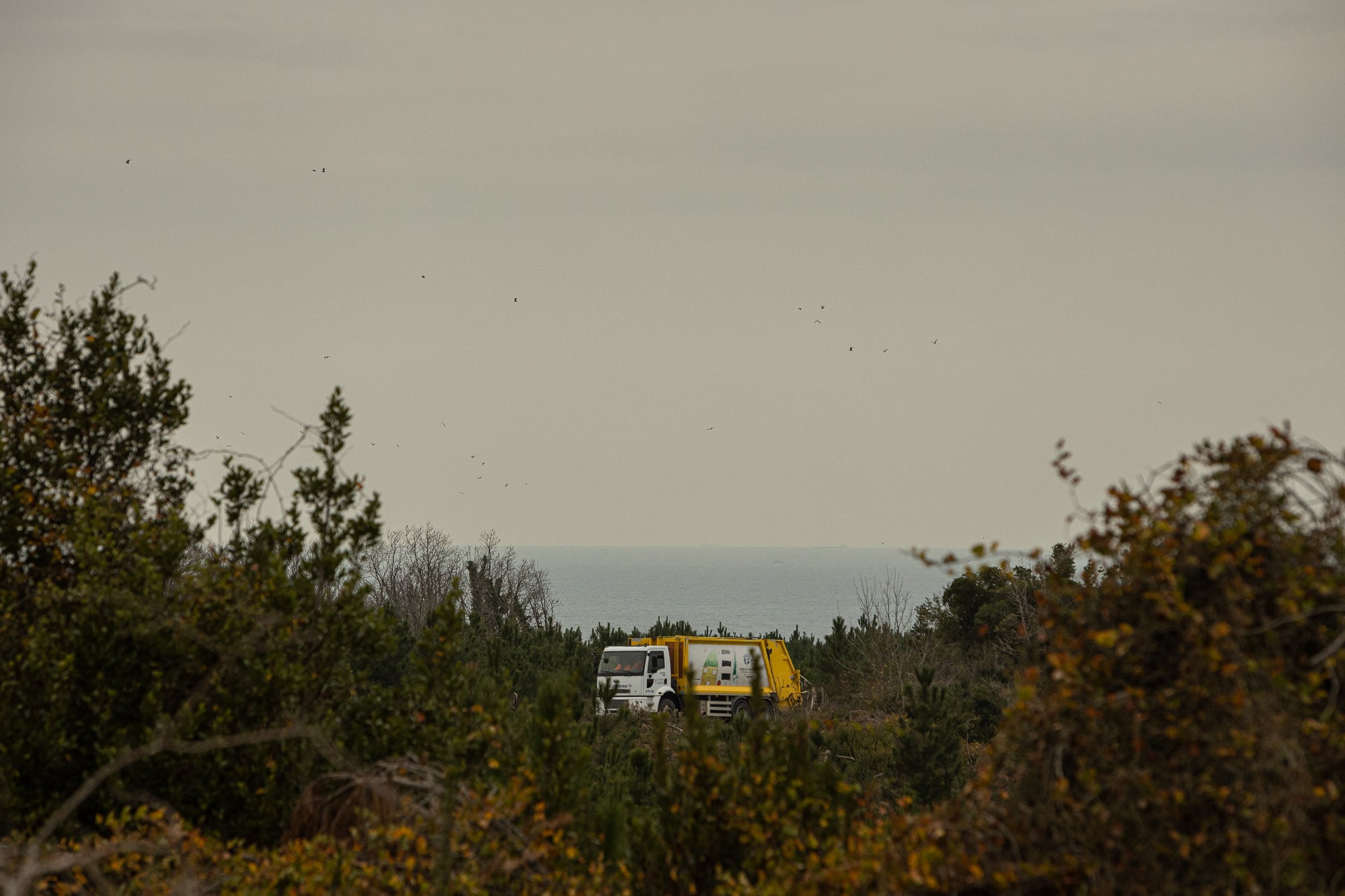 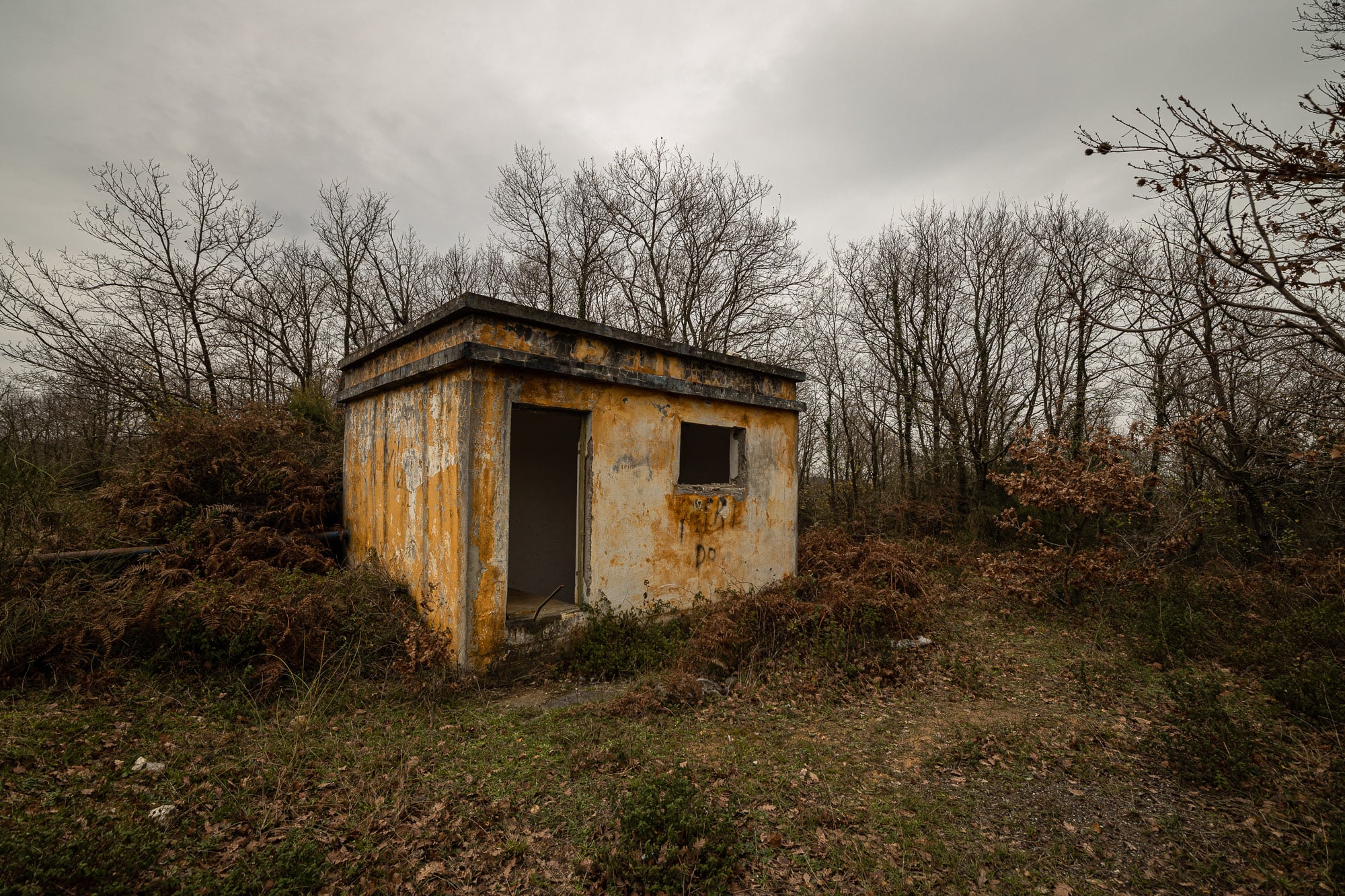 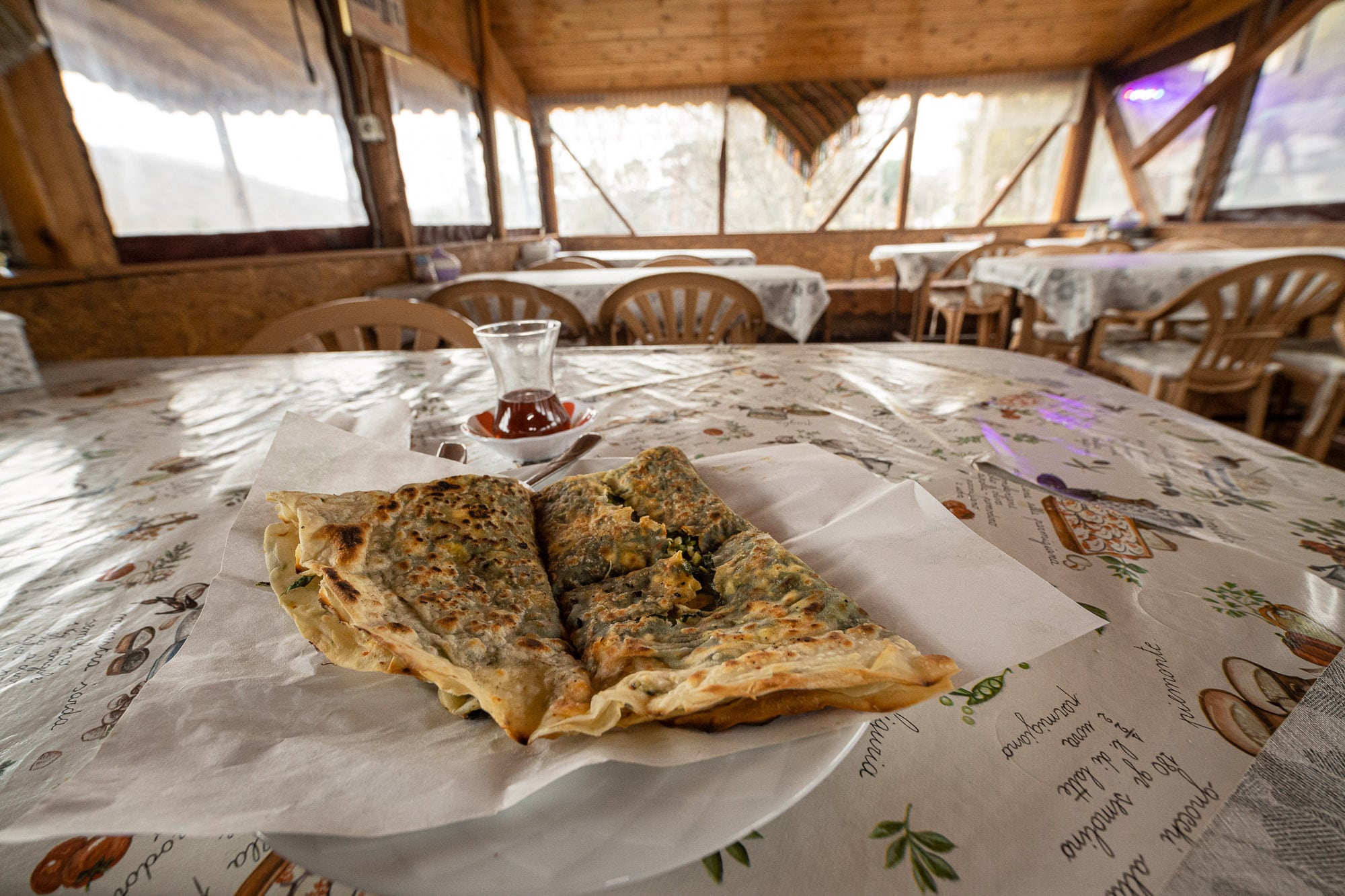 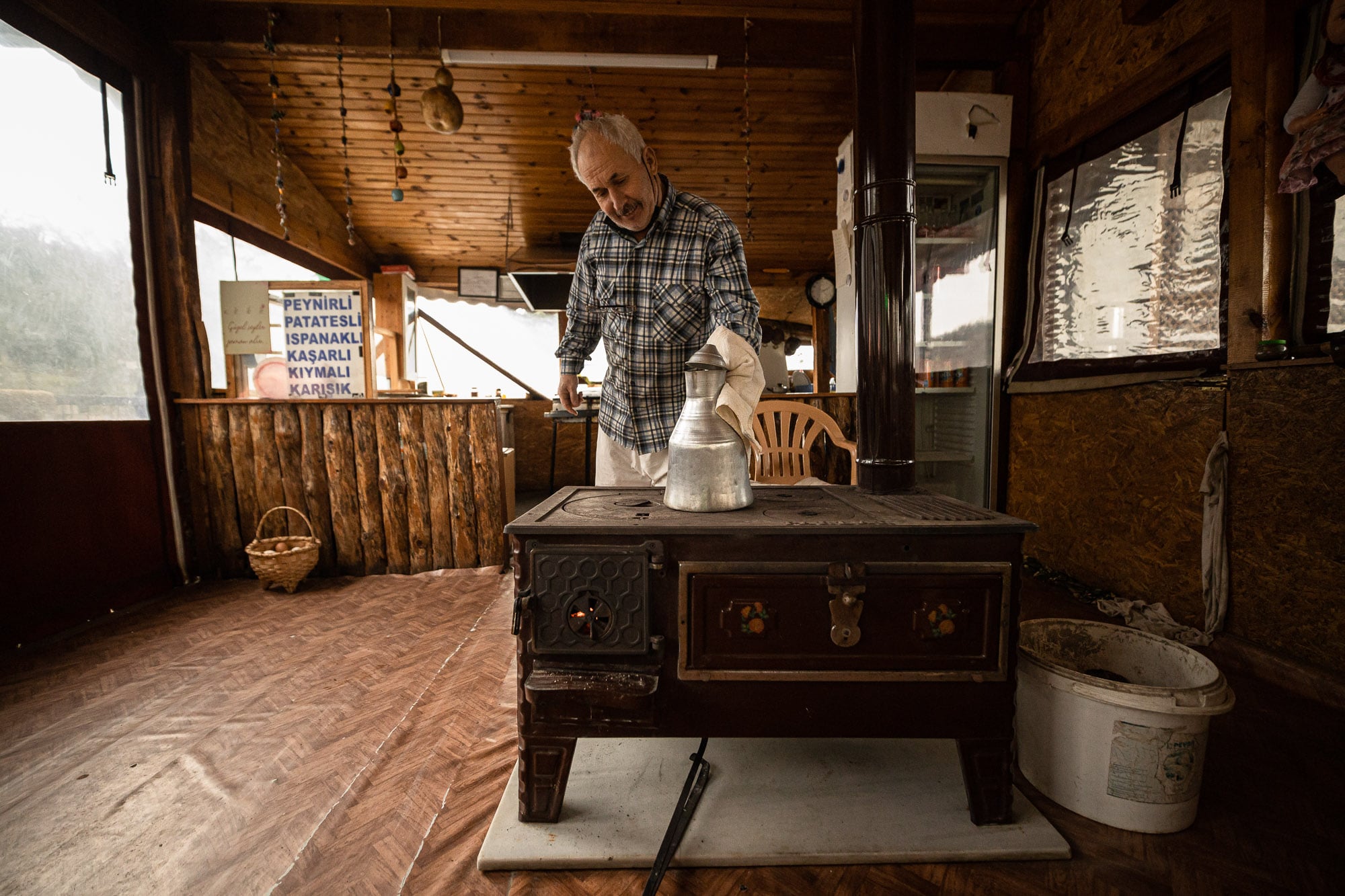 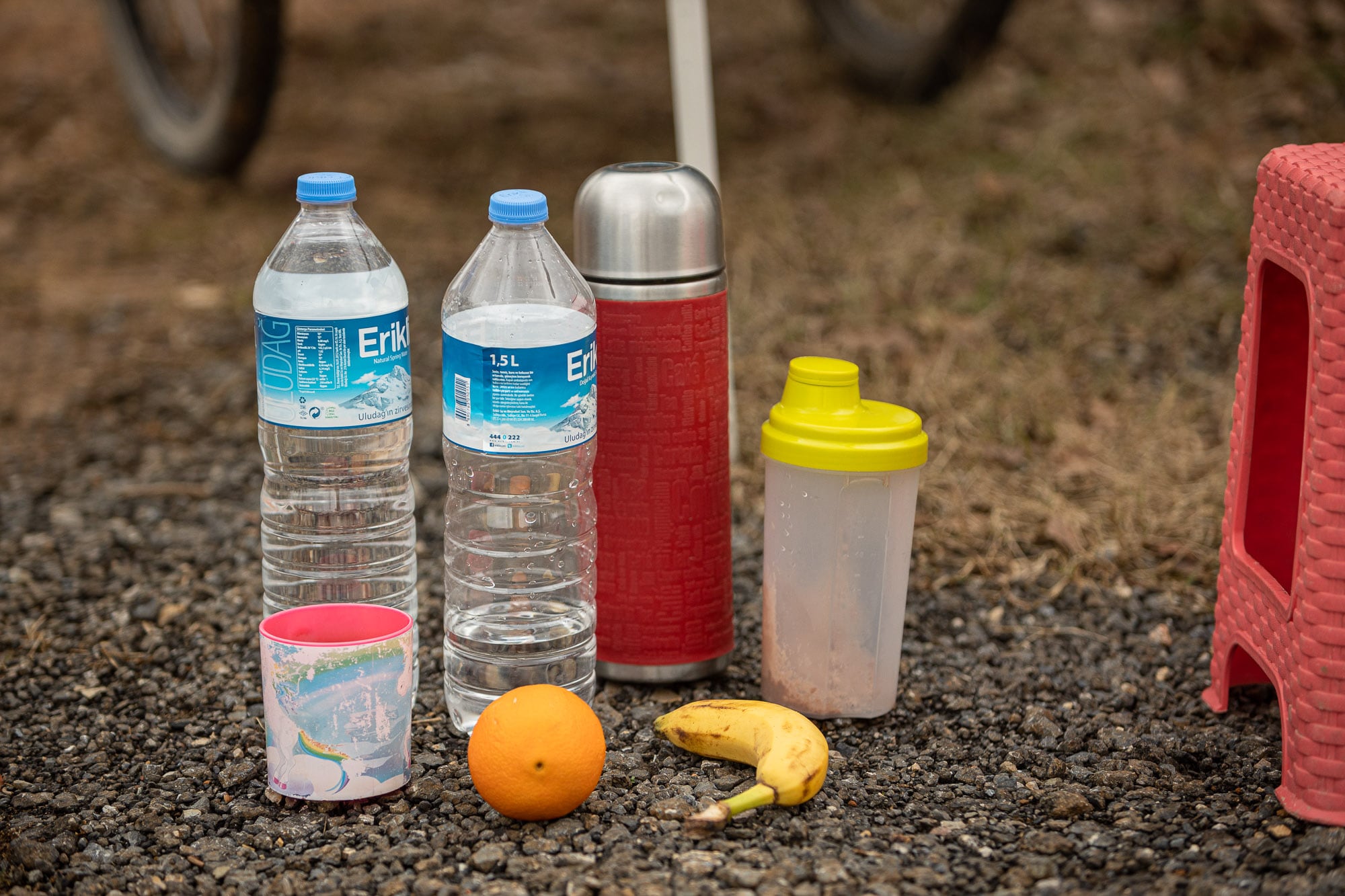 The (dark) road to walk from Dogancili to Cumhuriyet: 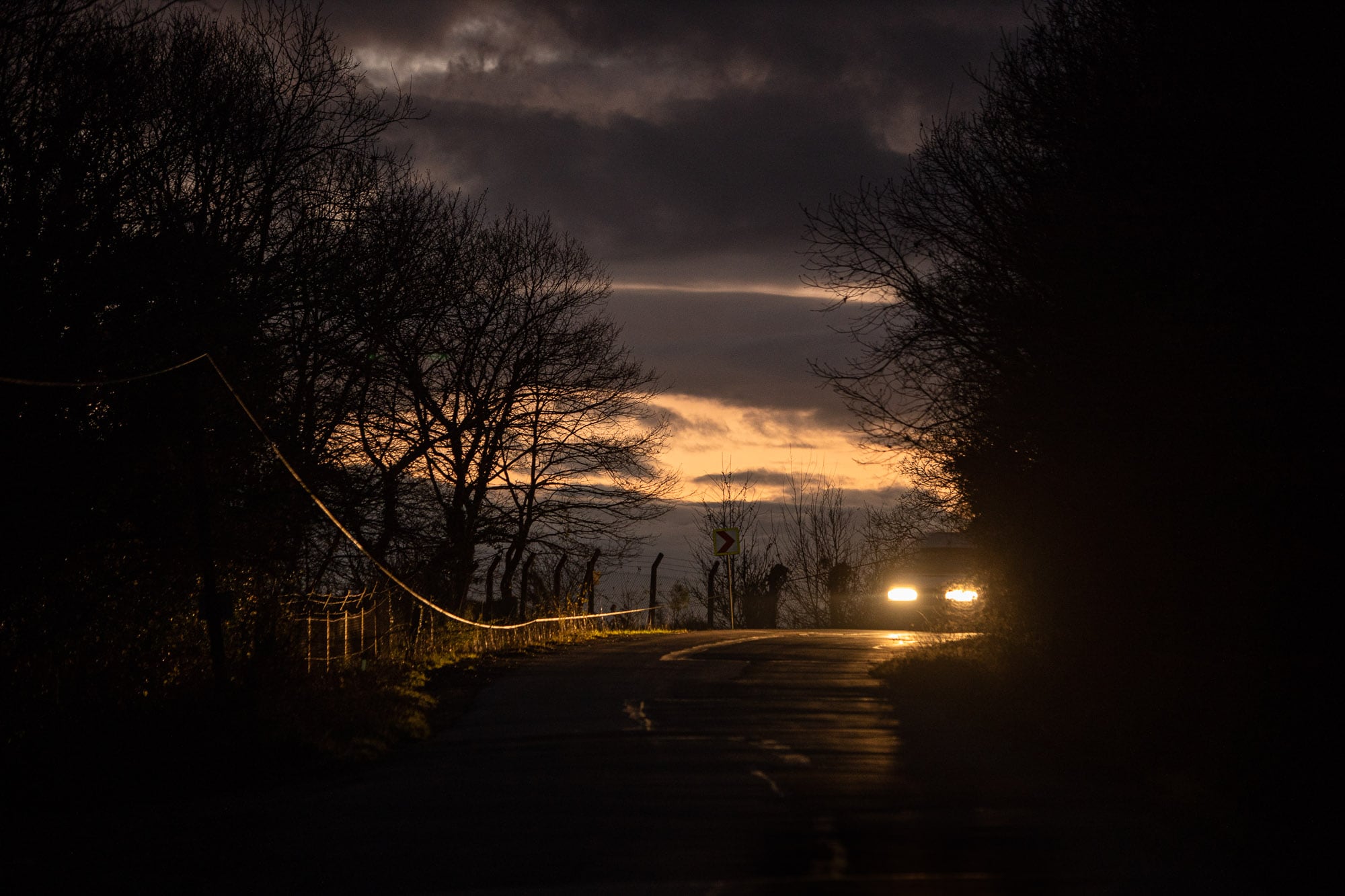 Istanbul glowing in the distance: 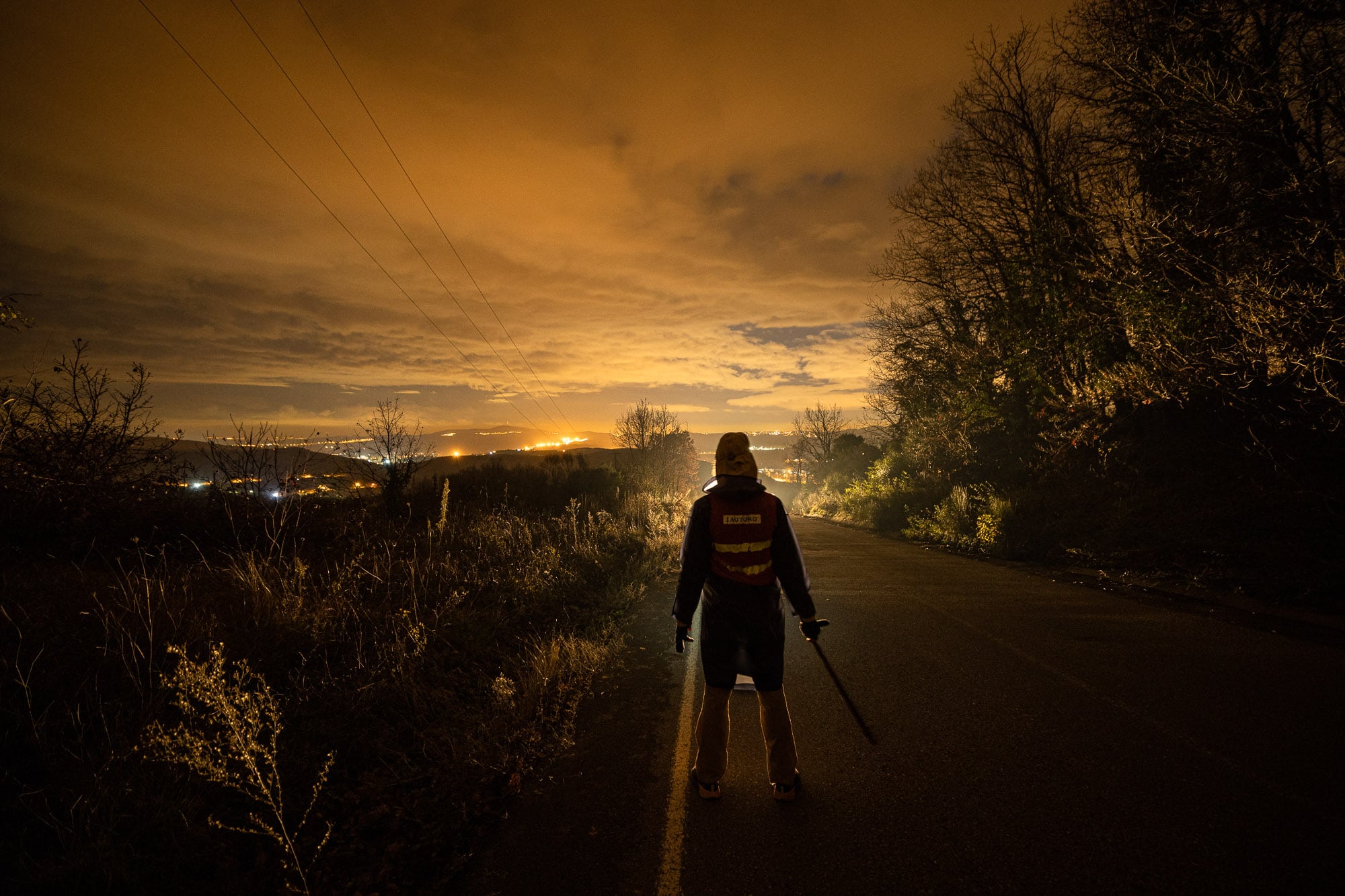 Crossing the first of Istanbul’s highways: 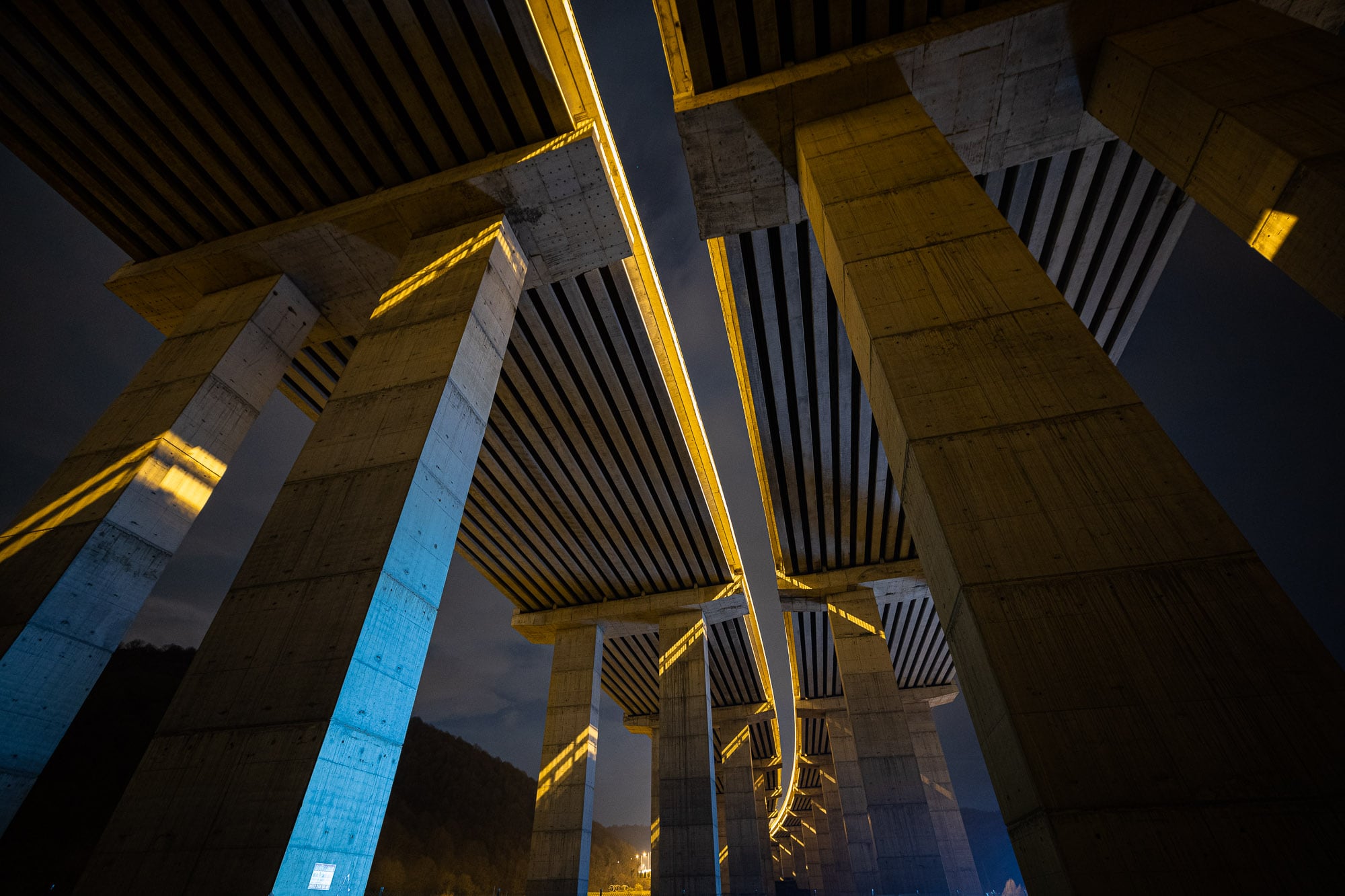 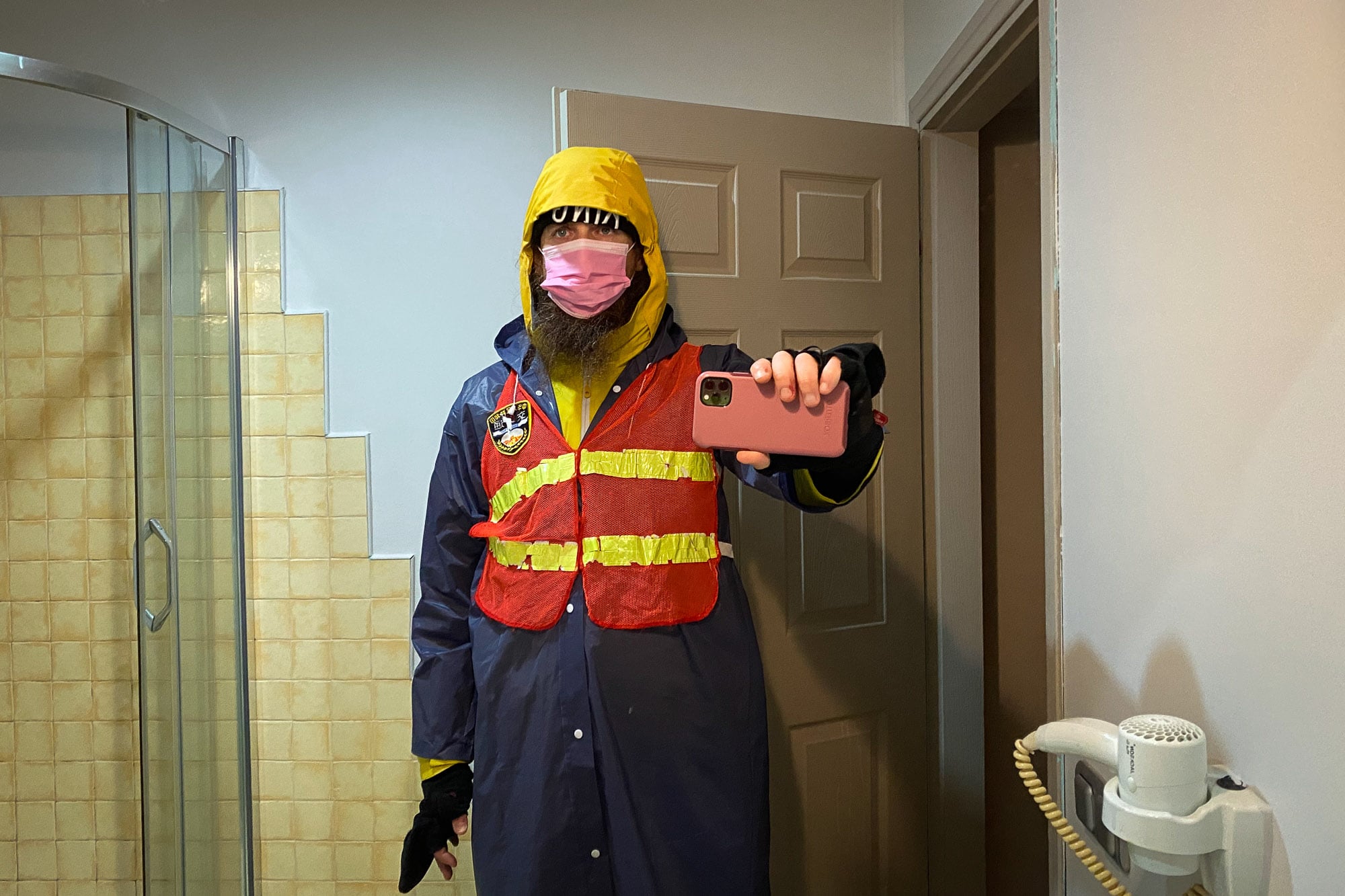 Day 497
from Dogancili to Cumhuriyet