This post is about a 23km walk from Doganyurt to an abandoned house near Kerempe Feneri. There’s a lighthouse and an emotional moment.

I bought some bread and some bananas. Then, just as I was leaving, one of the old men of Doganyurt appeared. He had previously told me about the time when he used to work on a container ship until an accident. I asked him if I could take a photo, and he posed in front of the sea that used to be his work place, gently leaning on his cane.

The sun was so hot that I was soon walking in my shirt. The road was so steep that my shirt was soon soaked. I felt happy. Every drop of sweat meant that I was alive. In the world. Walking.

I did this for a few hours, then I reached Kerempe Feneri, the Lighthouse of Kerempe. Or rather: I reached the point where I could see it from a distance. There was a private plot in front of the lighthouse itself, and I didn’t want to trespass.

It was pretty, though. Kerempe Feneri had apparently been built by the French about one and a half centuries earlier, and it marked the point of the shortest distance to Crimea. For me it meant something else, though. If you look at the map you can see that the coastline has been leading west until here, and now it’s starting to lead southwest.

I had walked around the bend.

no place to camp

The problem with the road was that there was dense forest everywhere. And if it wasn’t for the forest, then there were the cliffs on one side and the hills on the other. This made it virtually impossible to pitch my tent.

One time I thought I had actually found a good spot. It was in a large open space that looked like some sort of quarry. But the ground turned out to be too hard for my tent nails. It was in times like these that I cursed the fact that I didn’t have a free standing tent. Mine needed to be held up by its nails in the ground. It had helped me greatly in the deserts and in the steppe. But out here it was often useless.

So I kept walking, facing the sun as it set over the sea, watching the fishing boats and the flocks of sea gulls.

Then I saw something that made me strangely emotional. As the road went close to a cliff, I got a perfect view overlooking the sea. There was no trash on the ground. There was no wind in the air. The water looked silver in the distance and almost black near the shore. Countless ripples were rolling in from all directions. It was all so… soft. It seemed like the water was hugging the land.

I could hardly bear it.

When I noticed an unfinished building next to the road, I decided to go in and sleep there. I wasn’t the only guest. There were centipedes (or millipedes?), and then a bunch of stray dogs showed up and wanted food.

Tired as I was, the place felt good enough anyway. And at night, as I looked out from the glassless window frame in the naked walls, I could see the dark, friendly sea and thousands of stars. 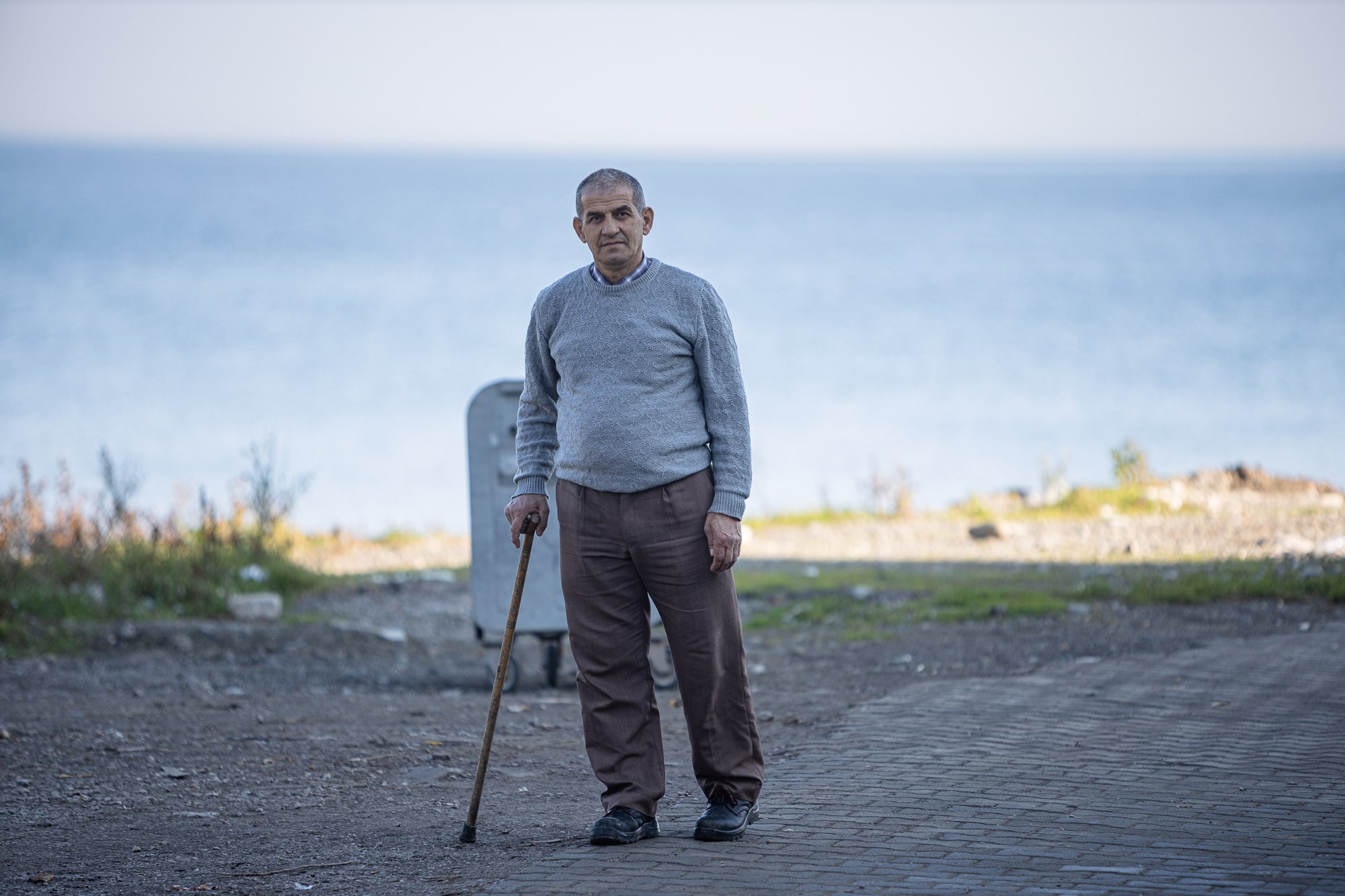 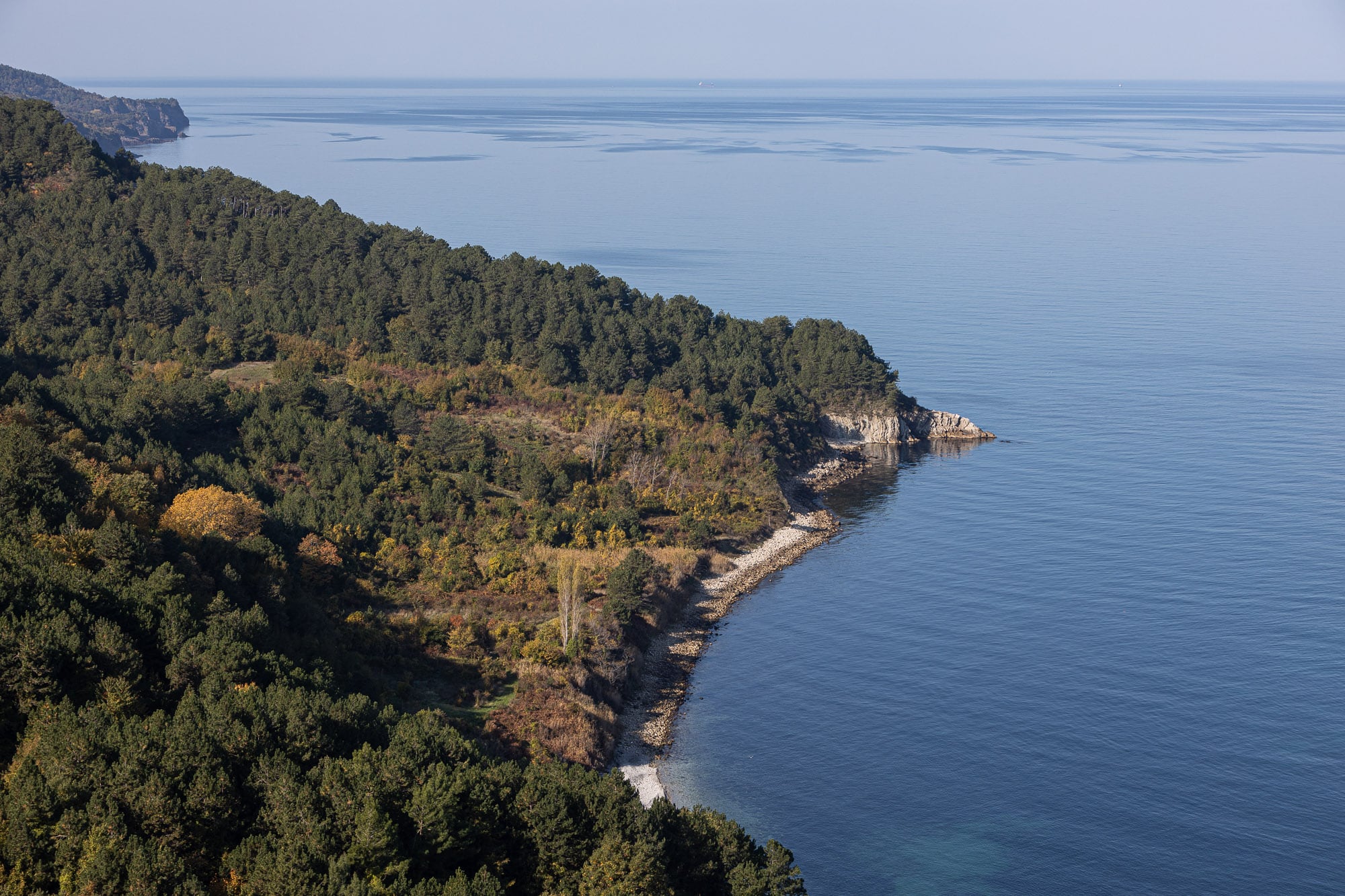 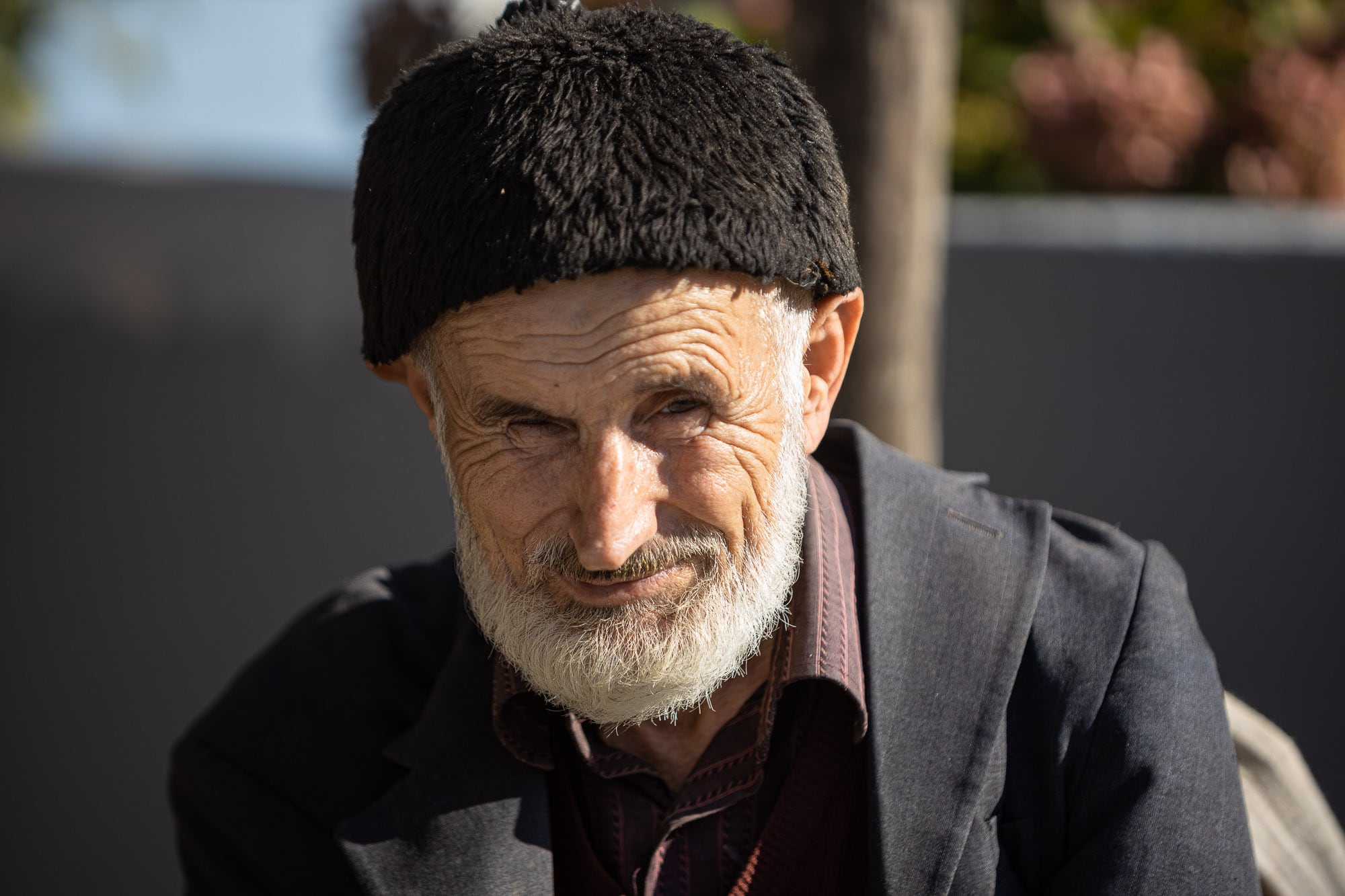 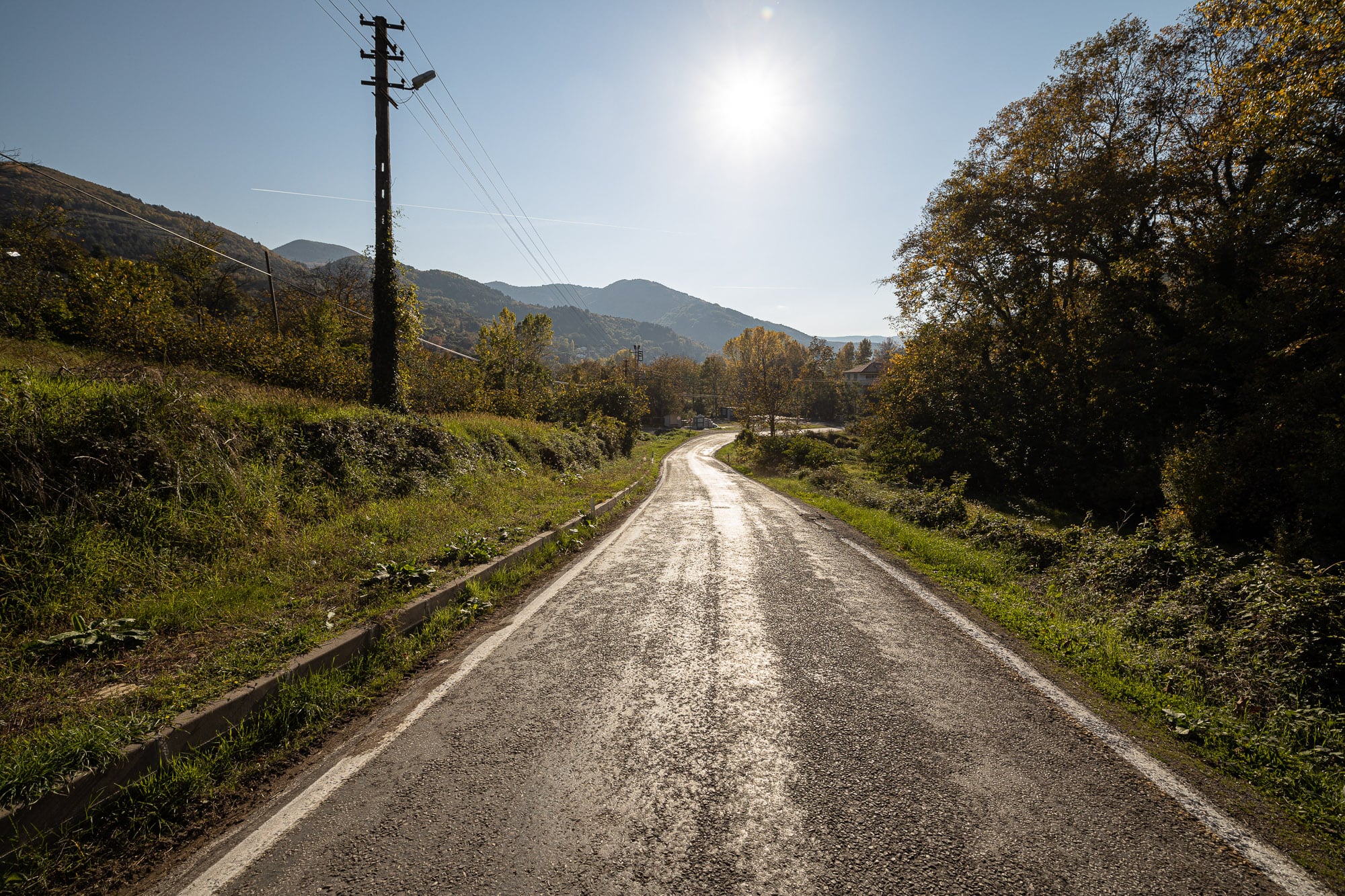 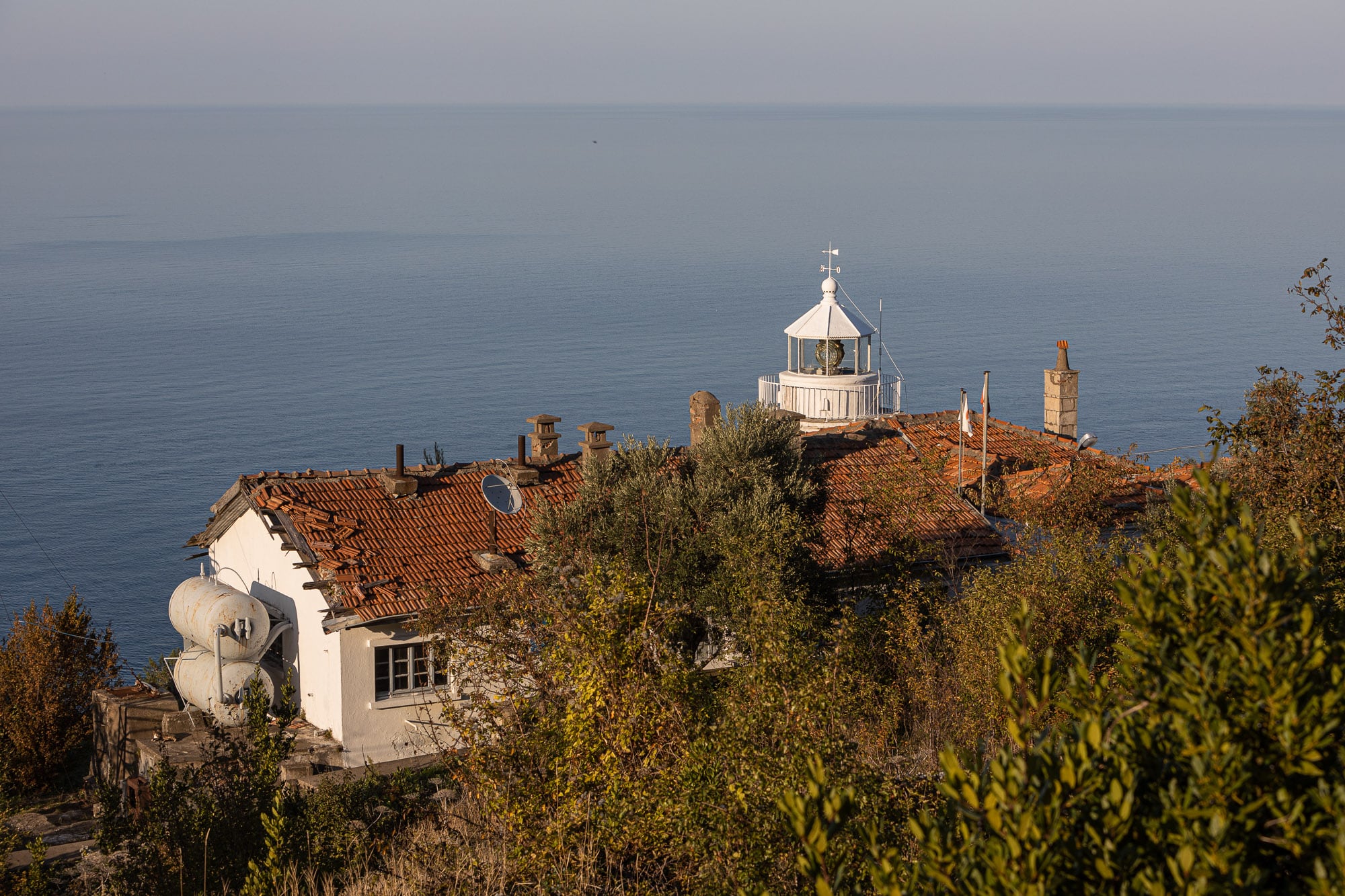 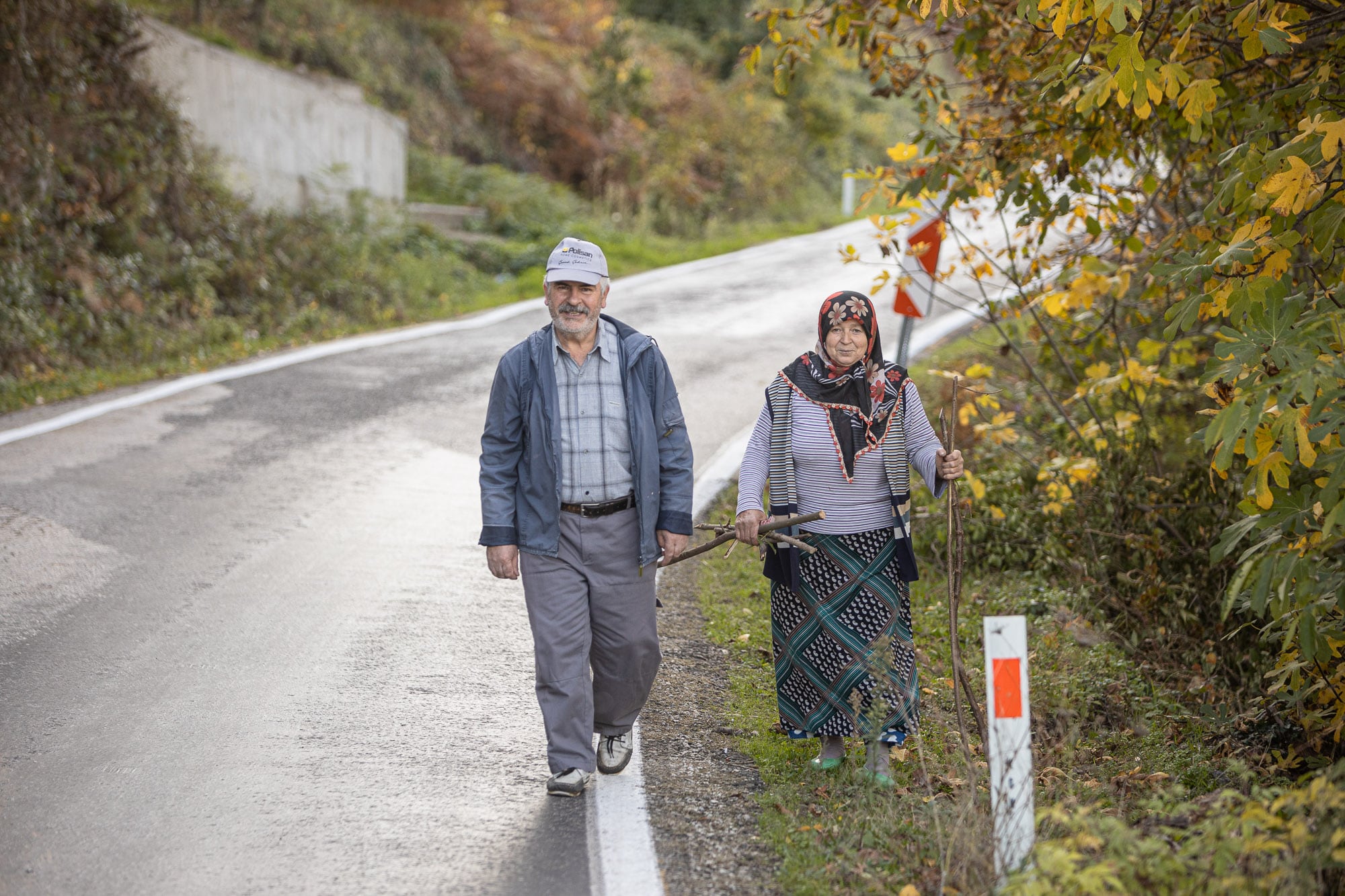 Evening light over the Black Sea: 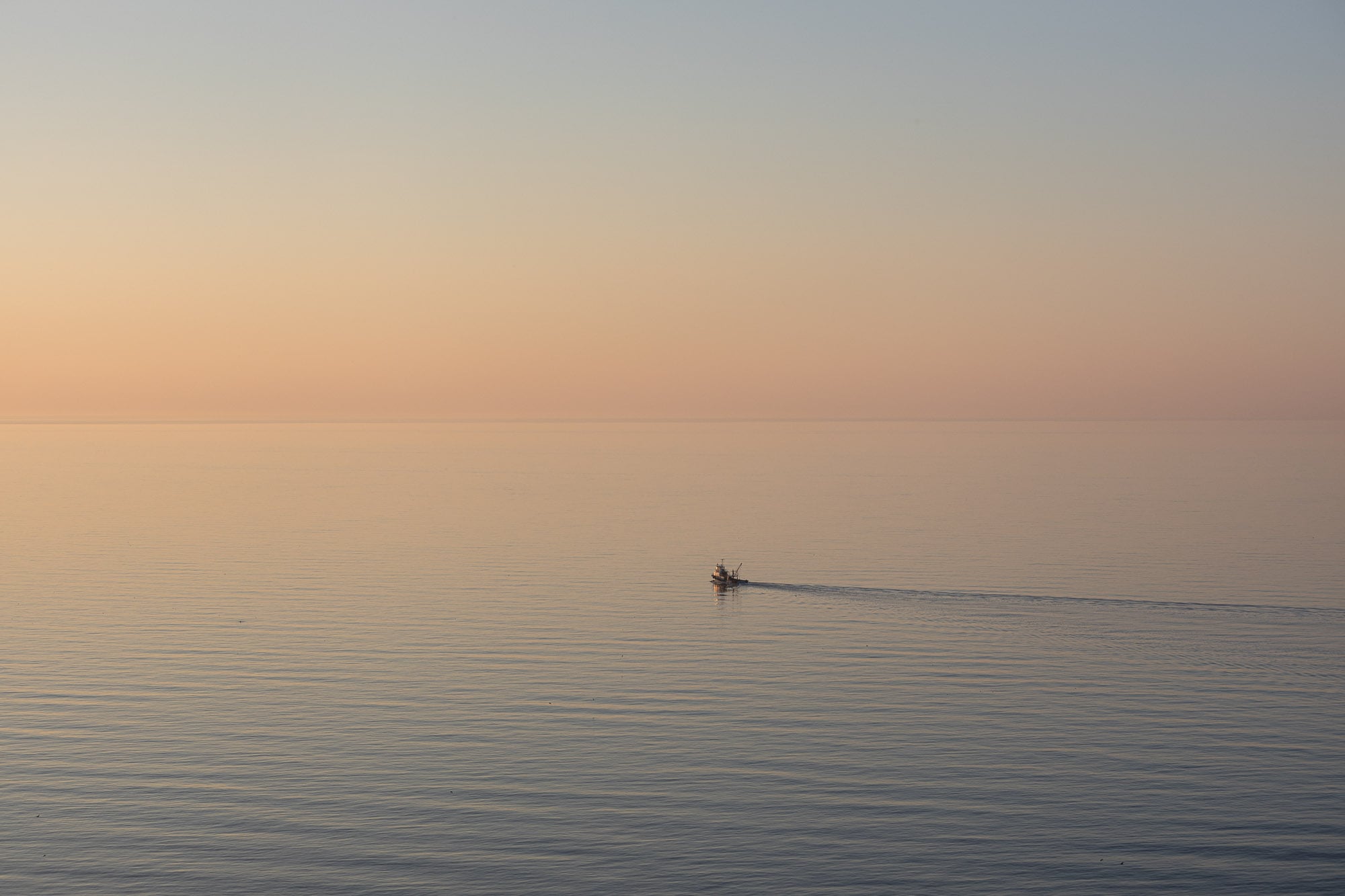 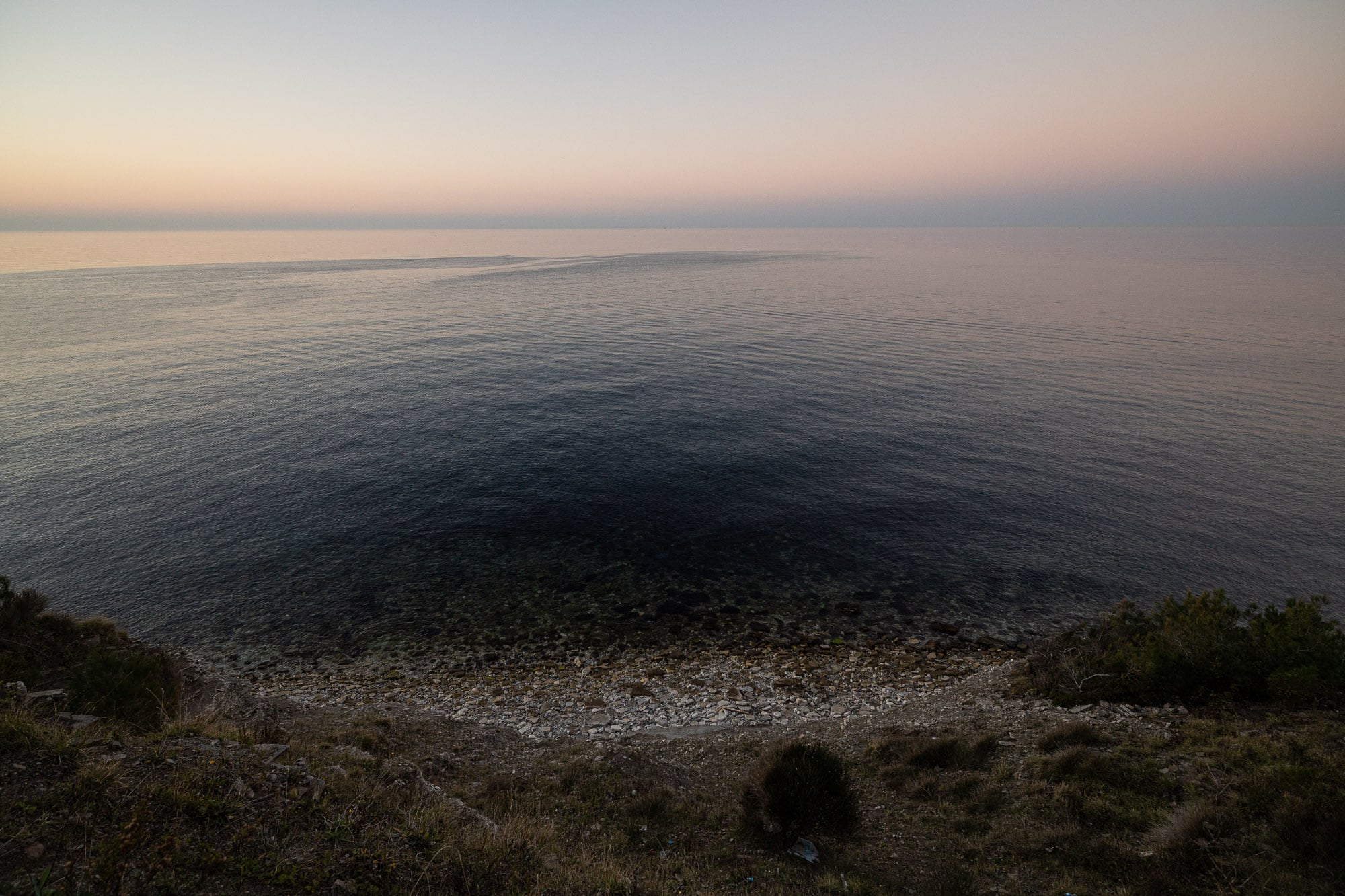 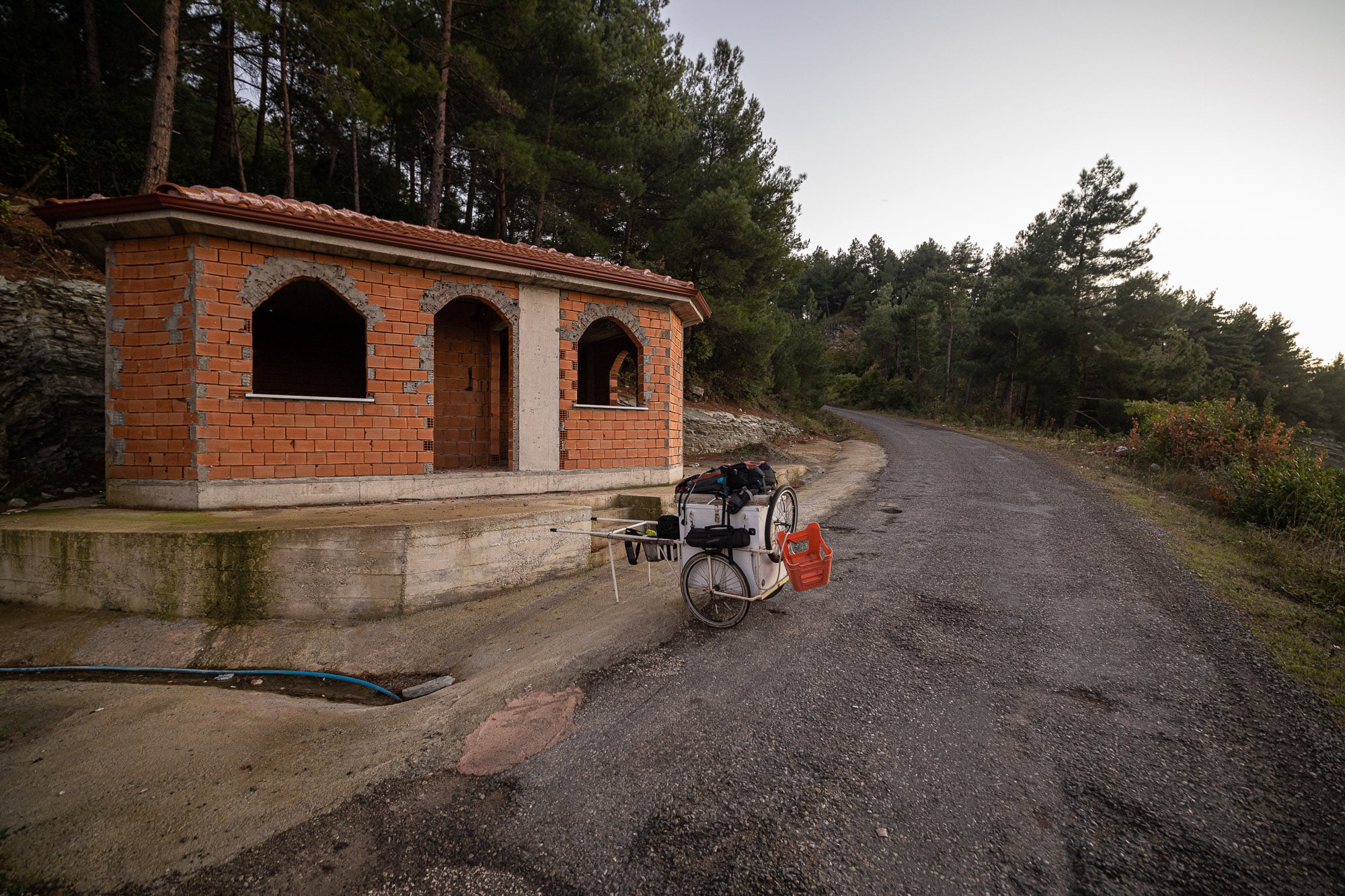 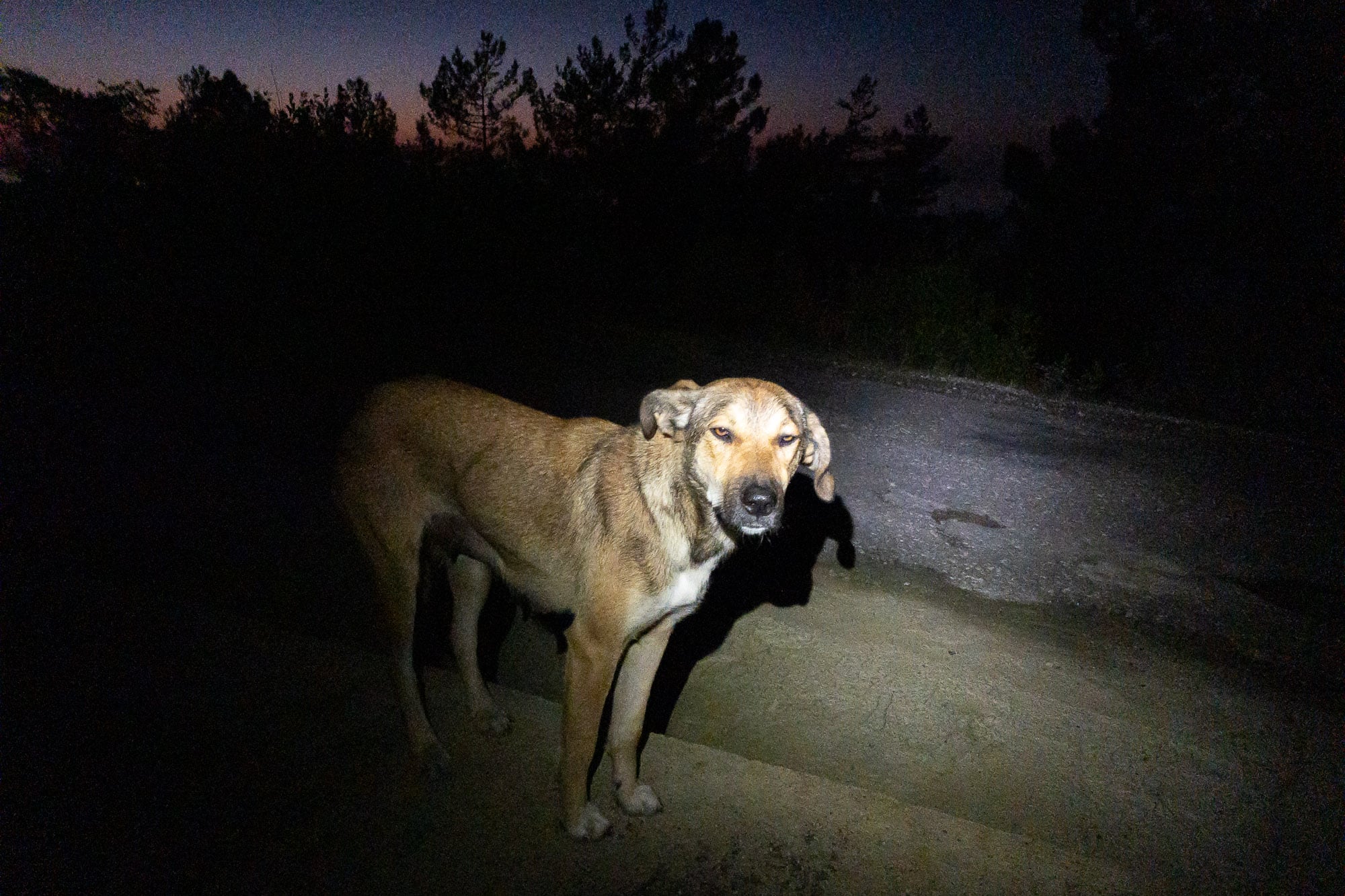 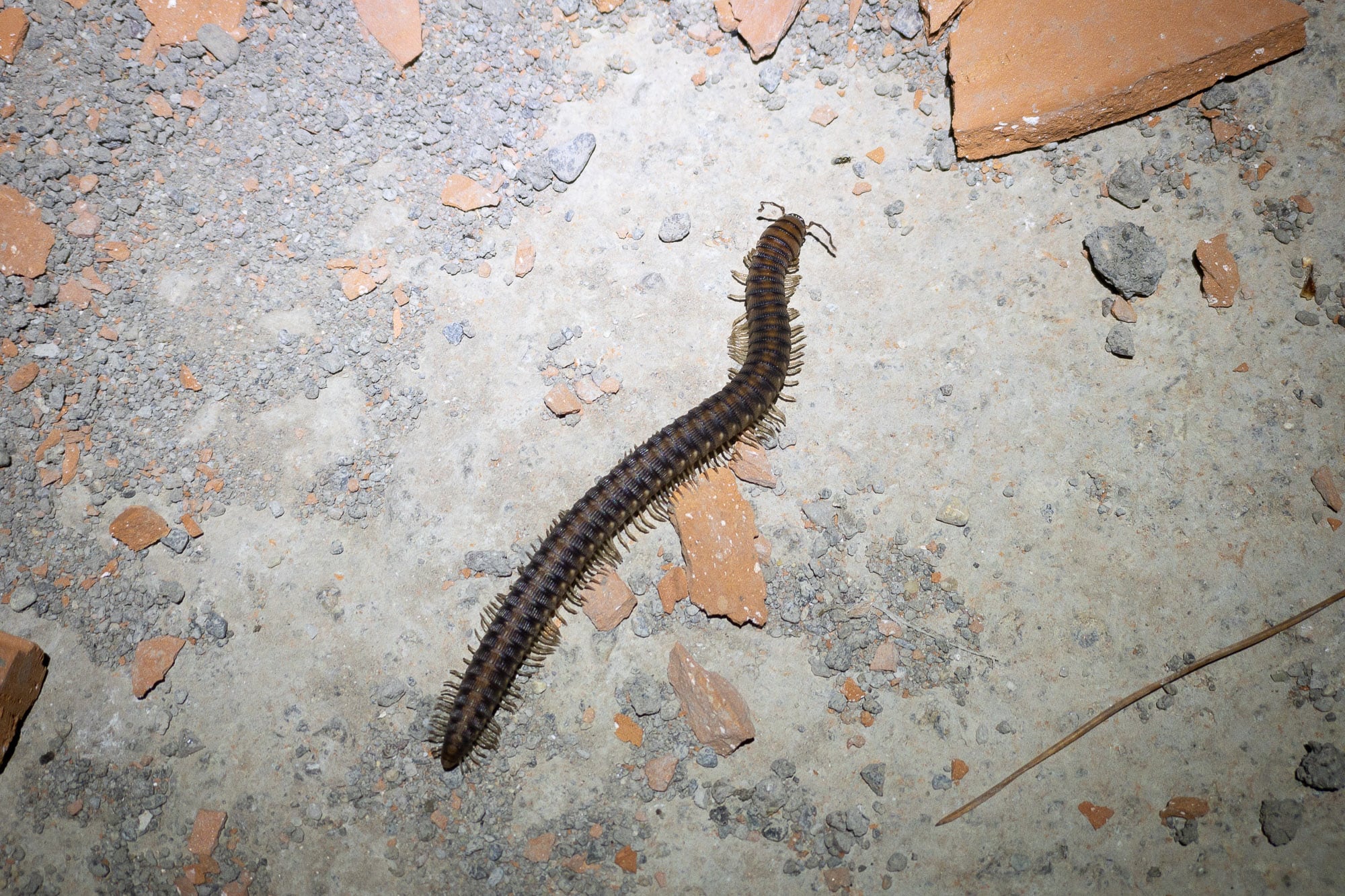 Night in the abandoned house: 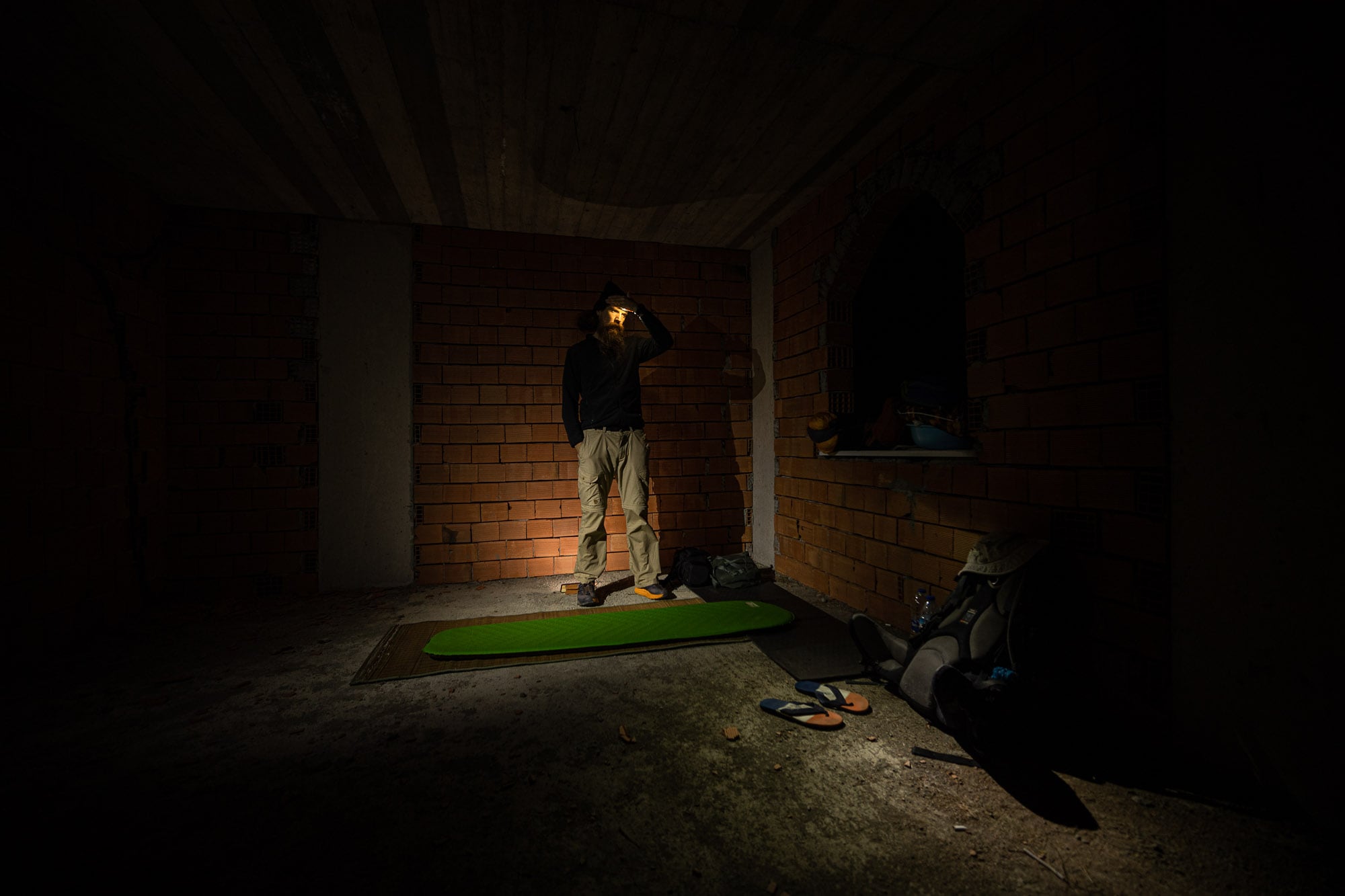