This post is about a 20km walk from Sile to Dogancili. I start out getting lost on the coast, then I walk on the highway for a while.

After a day spent dodging the rain in Sile, I decided it was time to leave. Istanbul was waiting. Europe was waiting. The Bridge Problem was waiting. And so I walked out into a light morning drizzle, and I left the beach resort behind me. I had not seen much of it, and my memory of it would be made up of rain, of leaking roofs, and of a conversation with a friendly Syrian refugee in a café.

no way but the highway

I wanted to avoid the major roads, and so I tried to cling to the coastline for as long as I could. This went quite well at first, but after a while a truck driver told me that I was walking into a dead end. Apparently, some of these roads were only open during summer. So I sighed and turned back, and I took the larger roads until they led me to a highway.

Walking on highways isn’t just unsafe, it’s also bad for the nerves. Especially when you find yourself walking on the right side. I walked fast, and I looked over my shoulder a lot. When it started raining, I sought refuge in a bus stop, and I sat there with my tea, listening to the incessant noise of the cars and the buses and the trucks rushing by. Was this going to be my way to Istanbul, I wondered.

Then a few friendly faces appeared. Ferhat from Imrenli and his friends were passing by. They got out of their car, we all shook hands and smiled, then we took some pictures together, wished each other good luck, and they were gone again.

After a while I found a country road that veered off from the highway and wound its way through the forest. It felt like I could finally breathe again. When I got to a roadside restaurant that sold gözleme, I stopped. And because I was so cold and because the gözleme was so good I stayed there until it was dark.

Then I walked through the night until I reached a camp ground. They rented out bungalows there. I got one, hung my stuff up to dry and sat down in a chair overlooking the sea. A cat appeared, and then another one. I thought about the road and about the Bridge Problem and about the fact that I would soon have to say goodbye to the Black Sea.

One of the cats had sat down in my lap, purring. All seas were the same to a cat.

Small rivulets have swelled up from the rain in Sile: 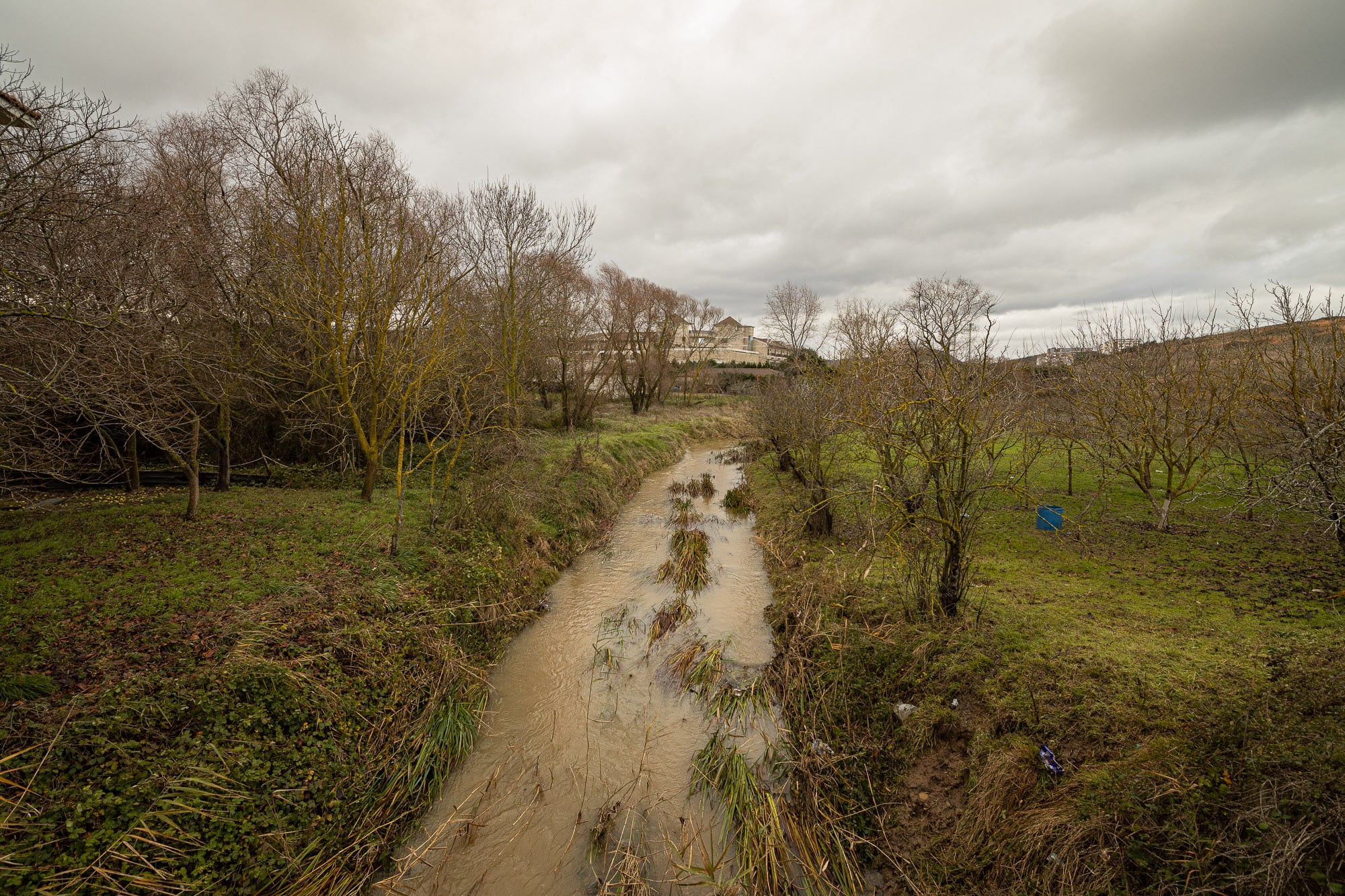 The coastline of Sile: 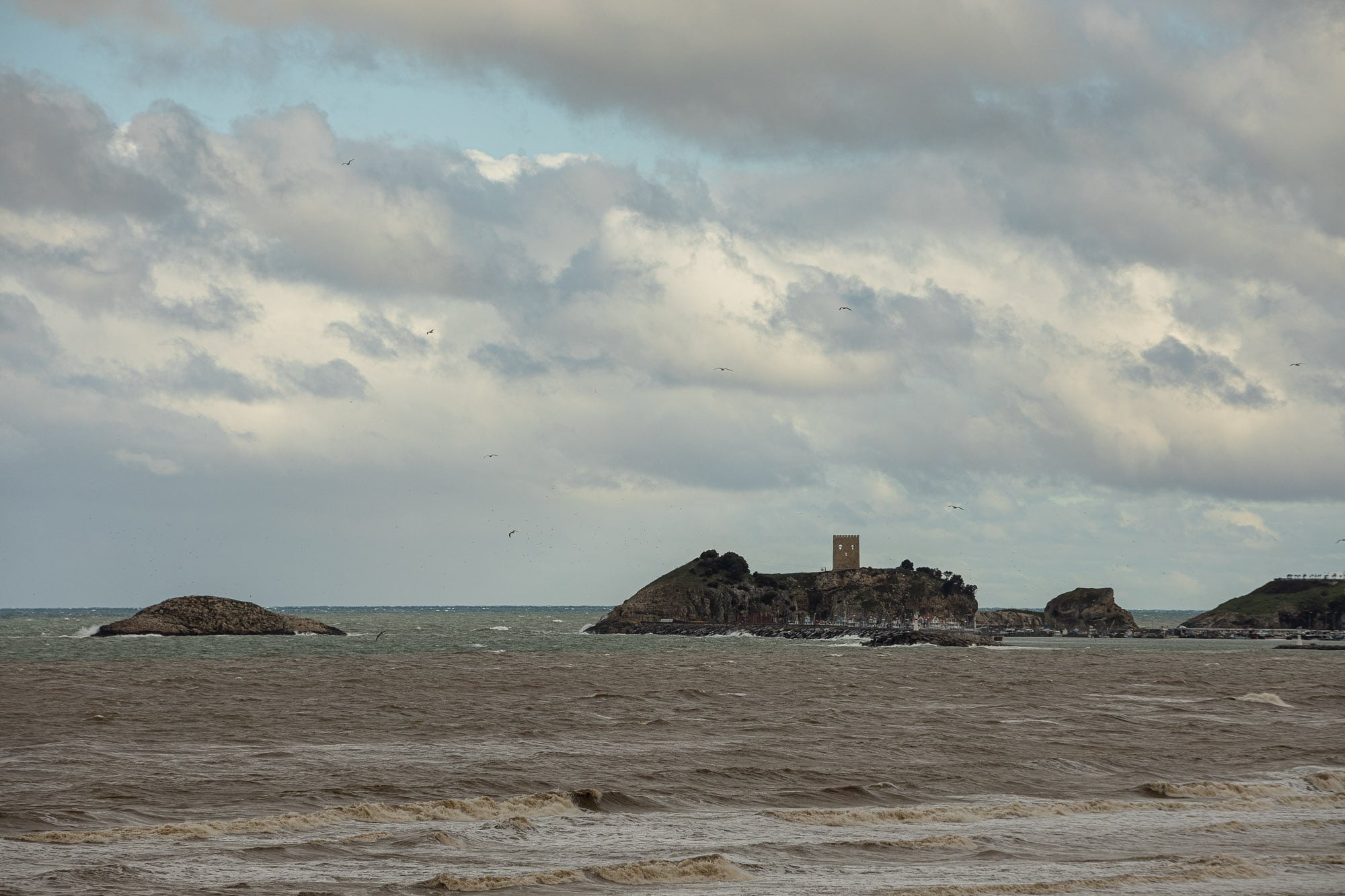 This isn’t the way to walk from Sile to Dogancili: 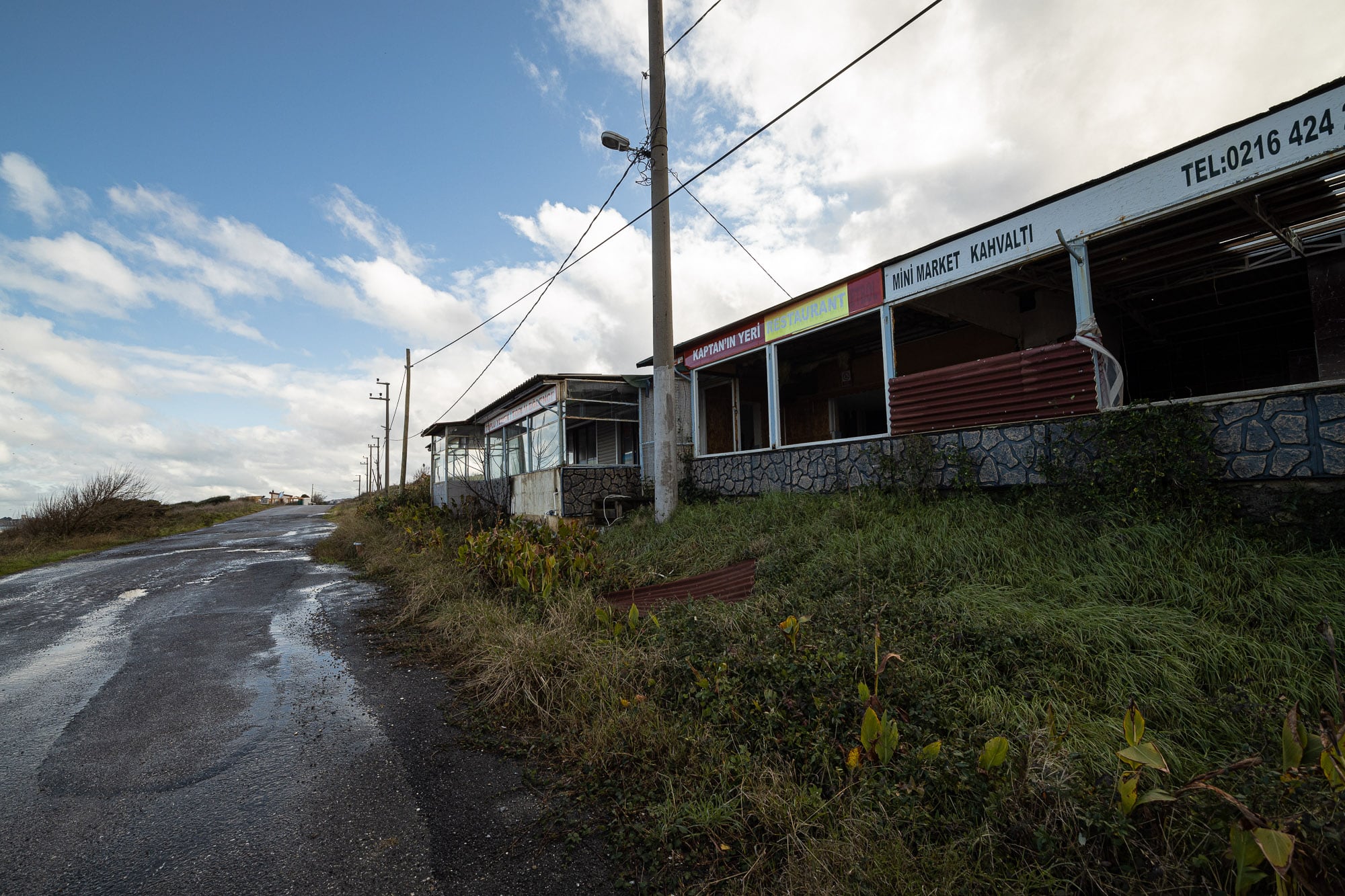 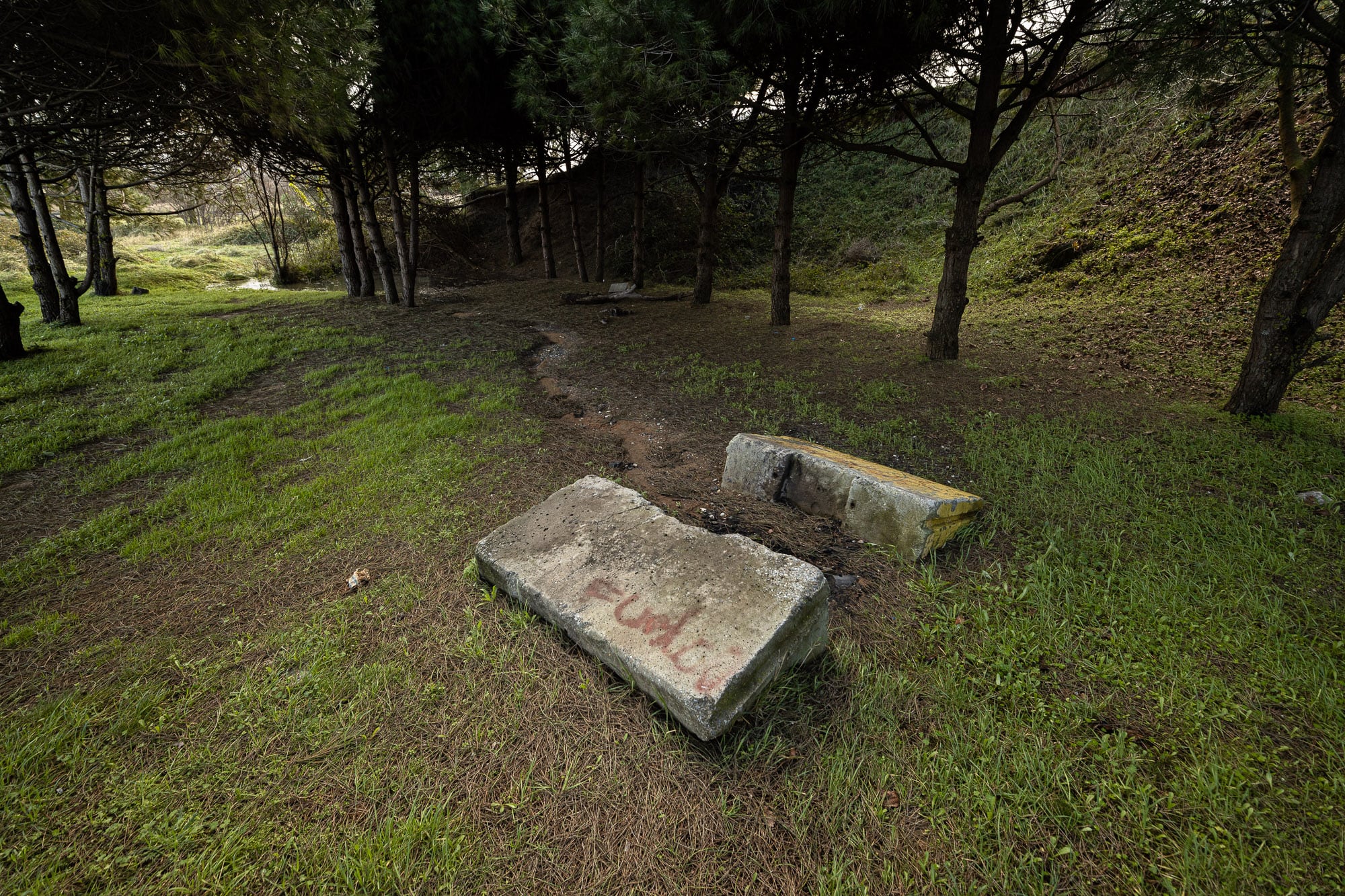 The highway to walk from Sile to Dogancili: 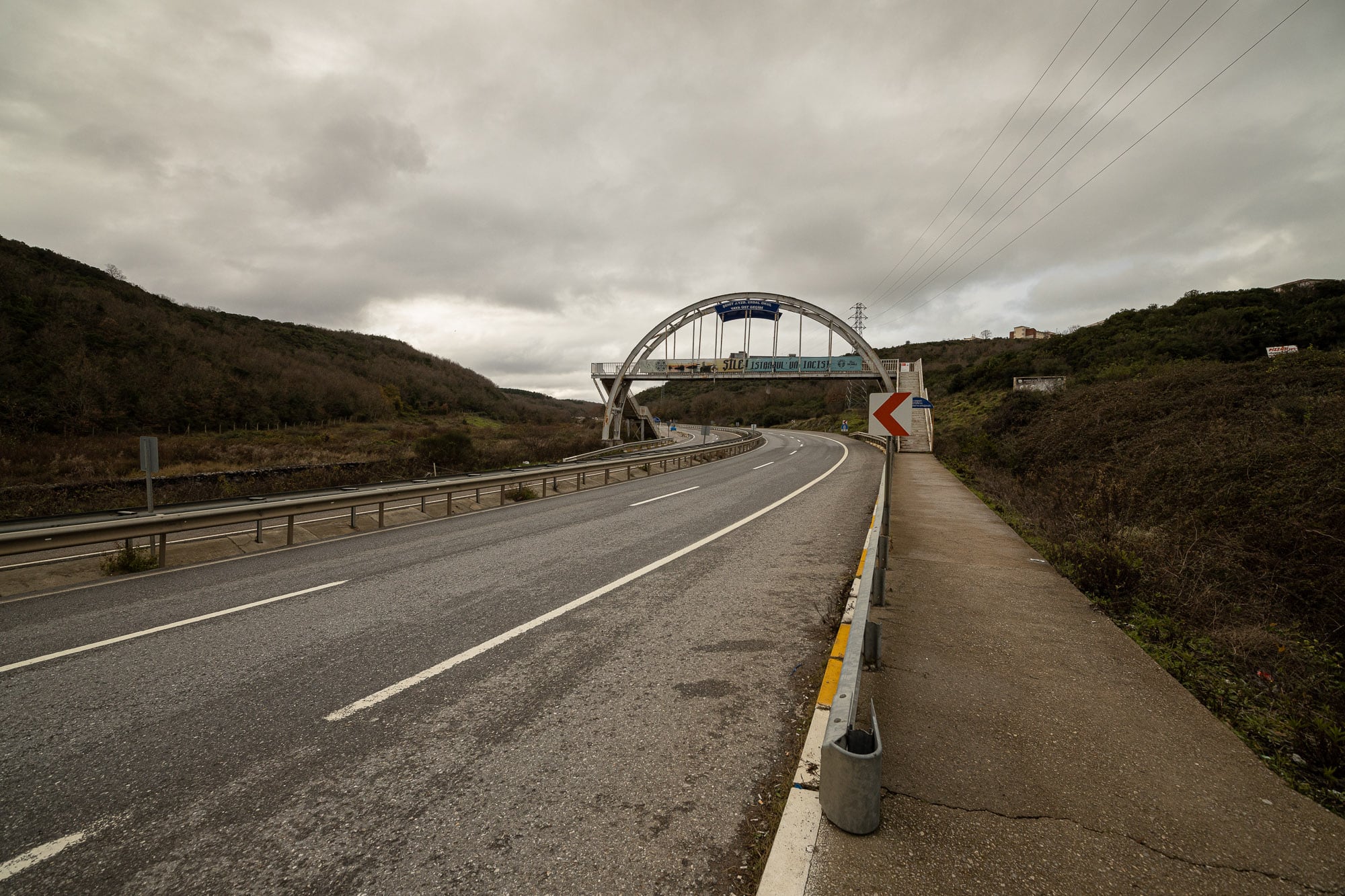 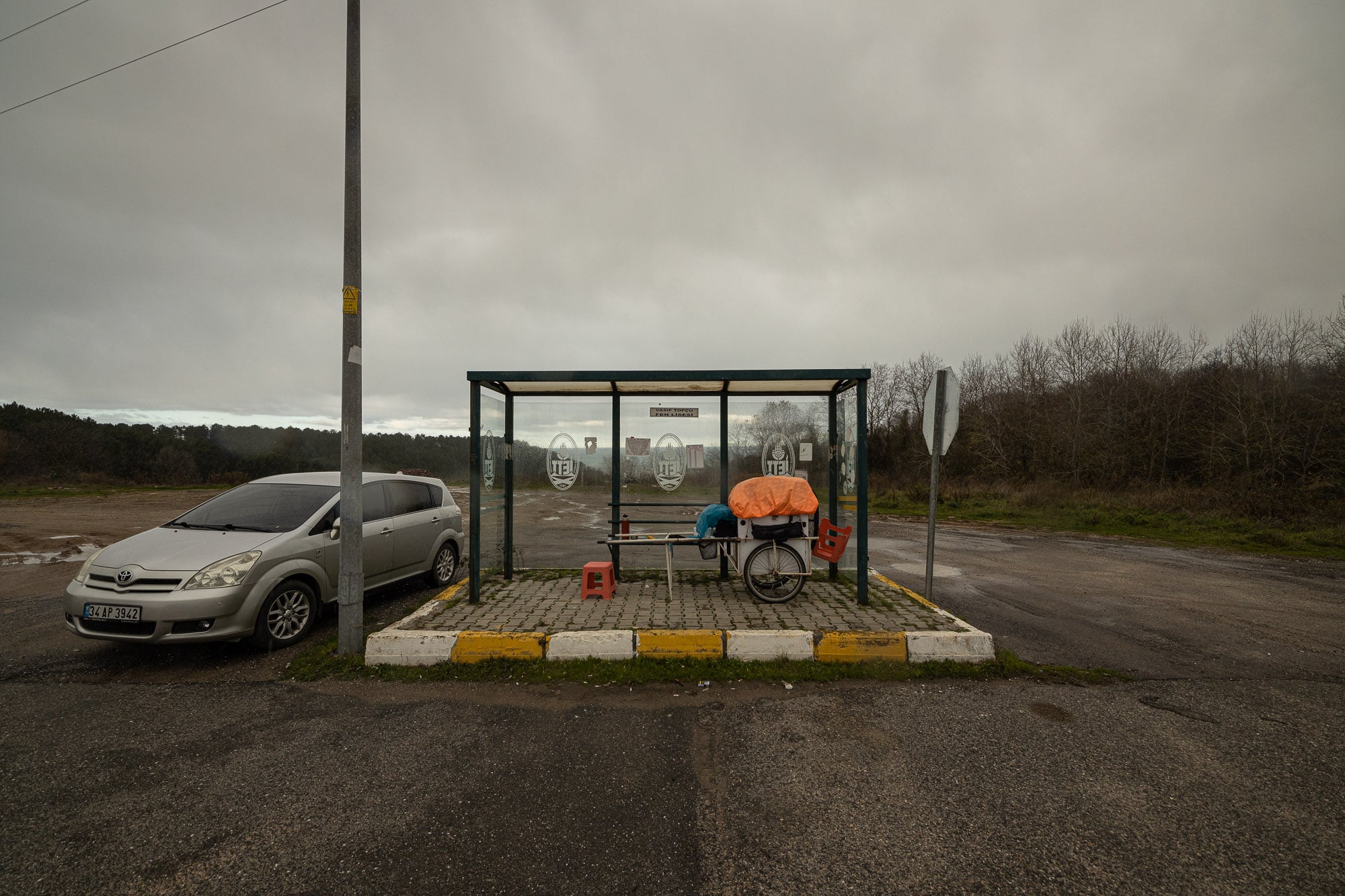 Ferhat and his friends: 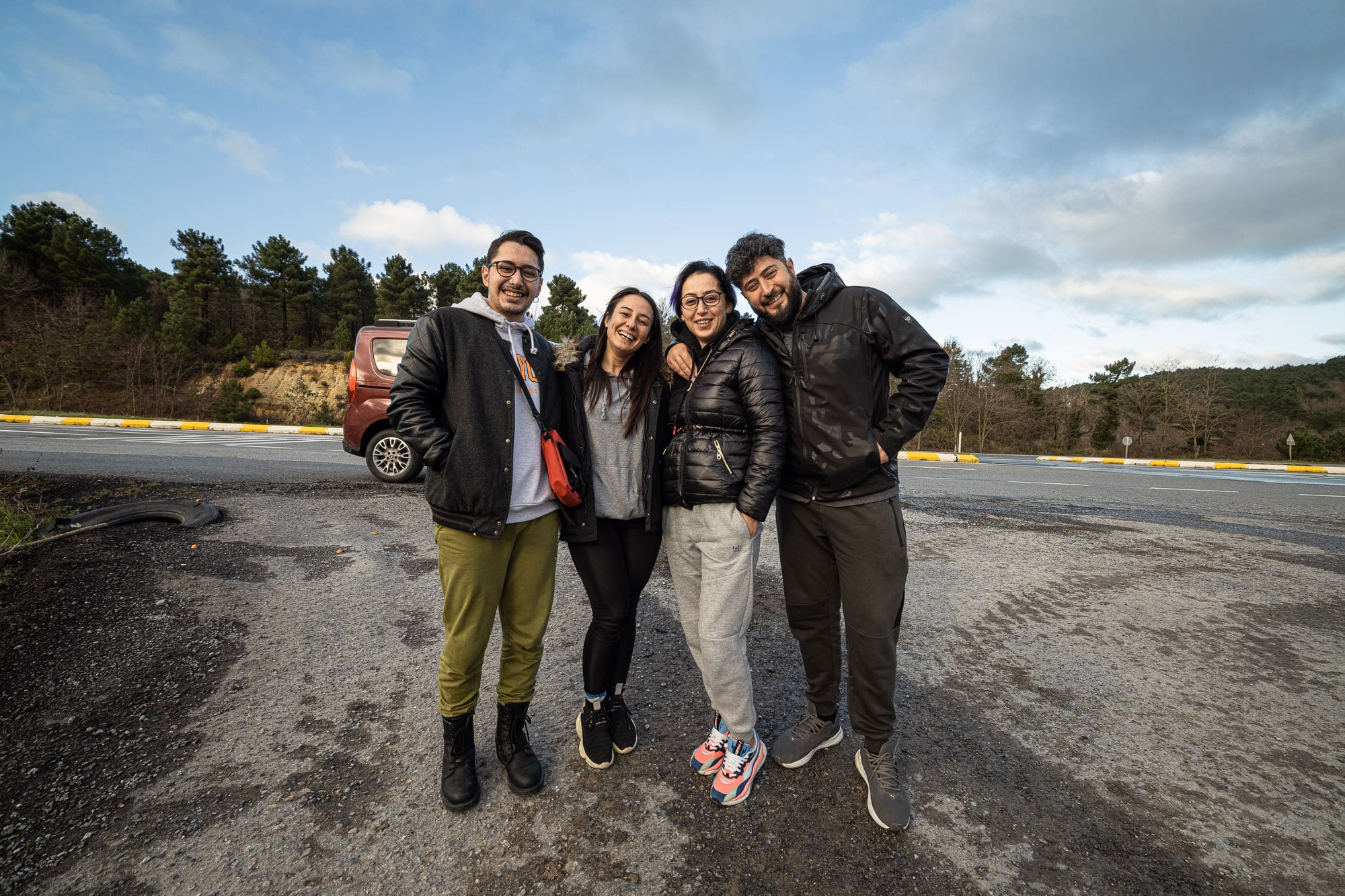 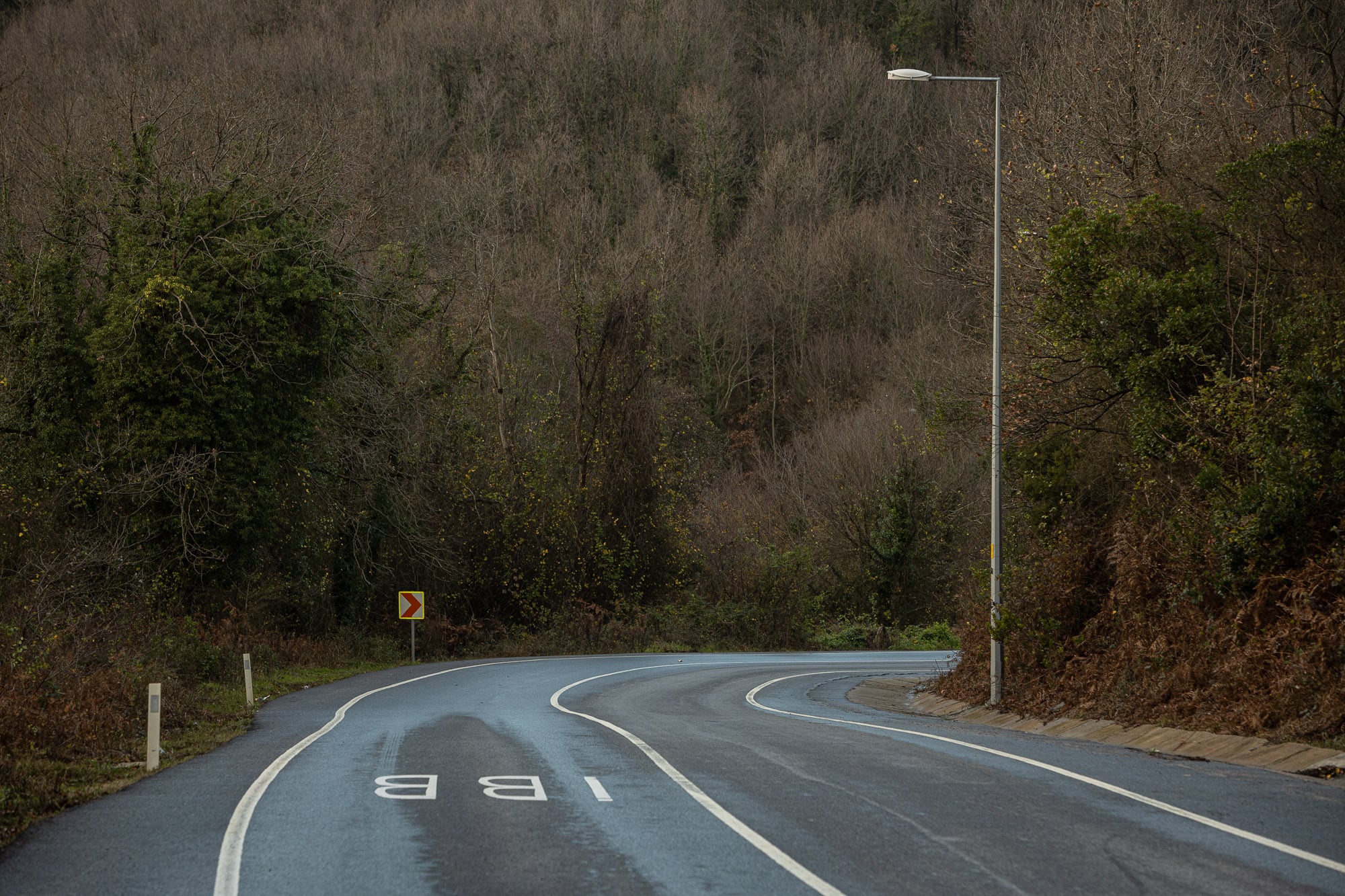 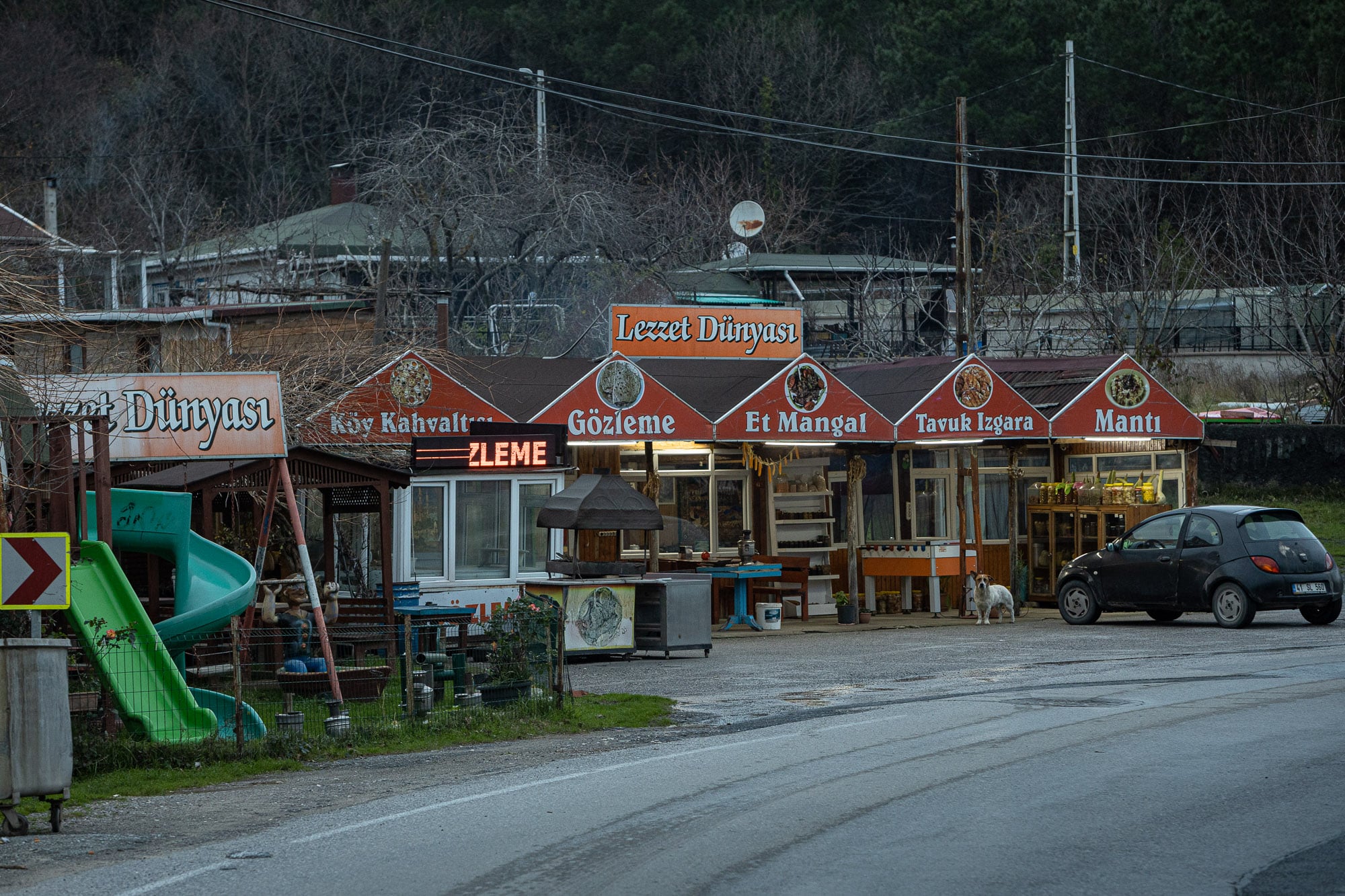 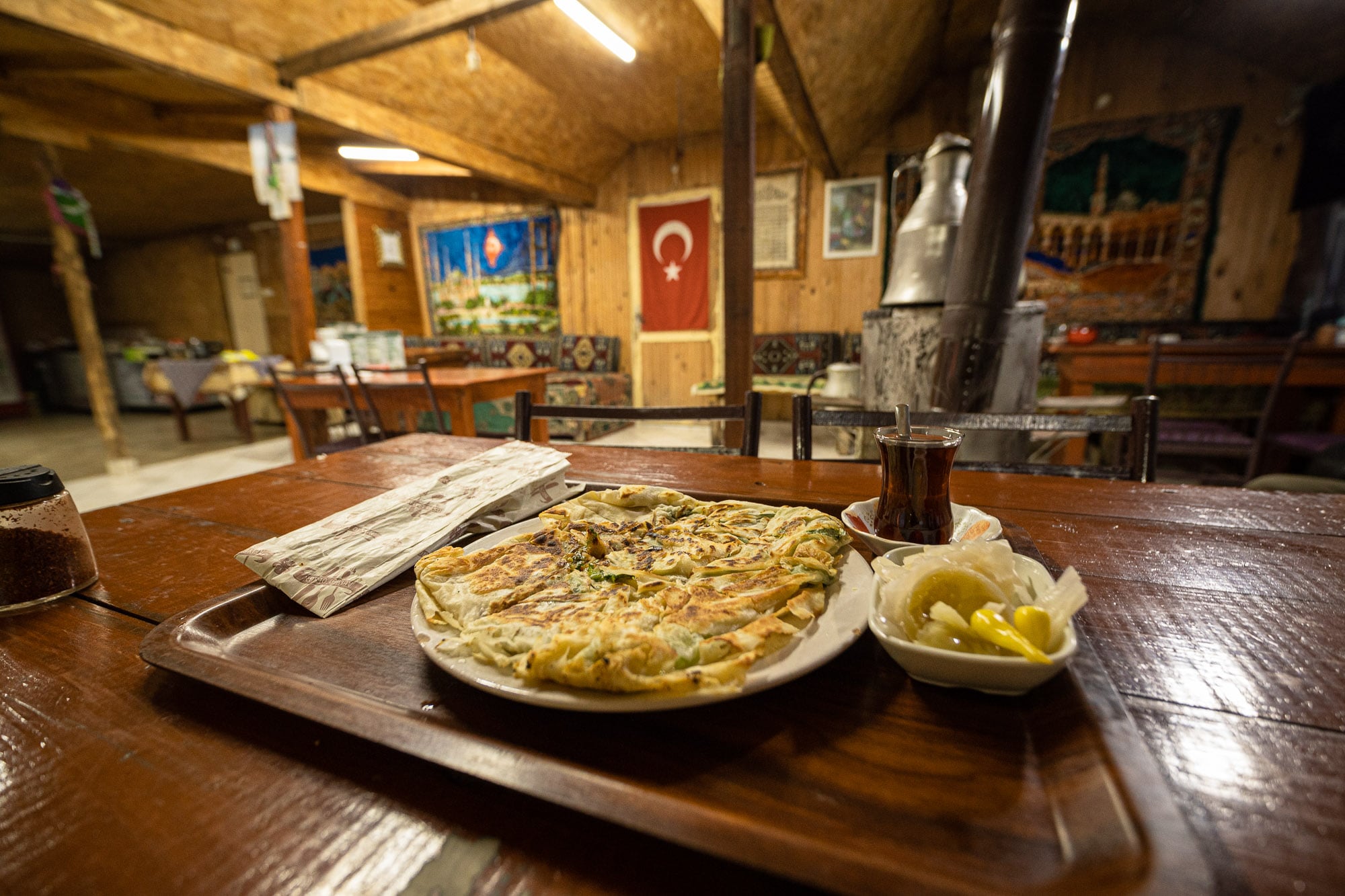 The bridge I want to cross in Istanbul: 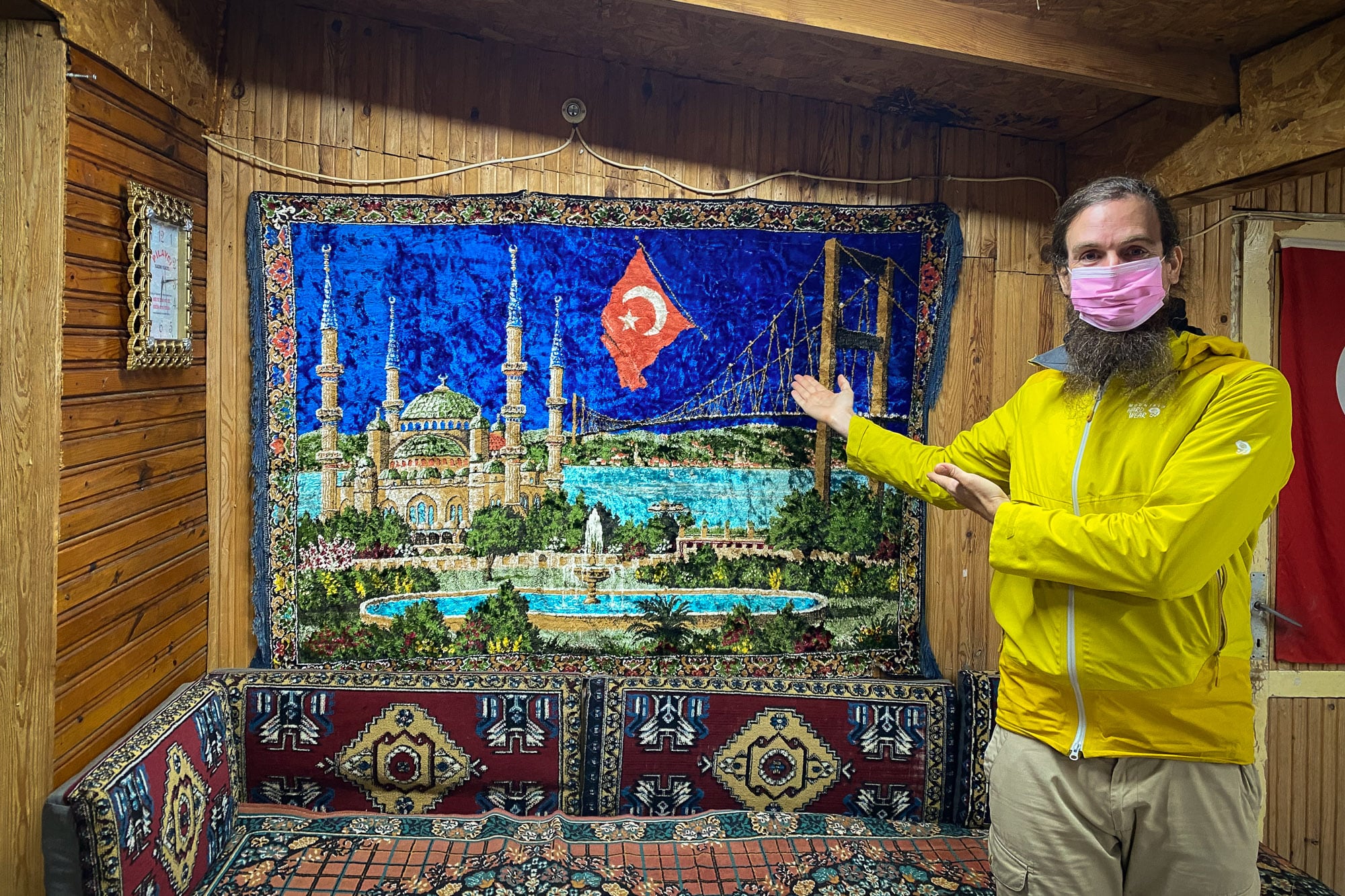 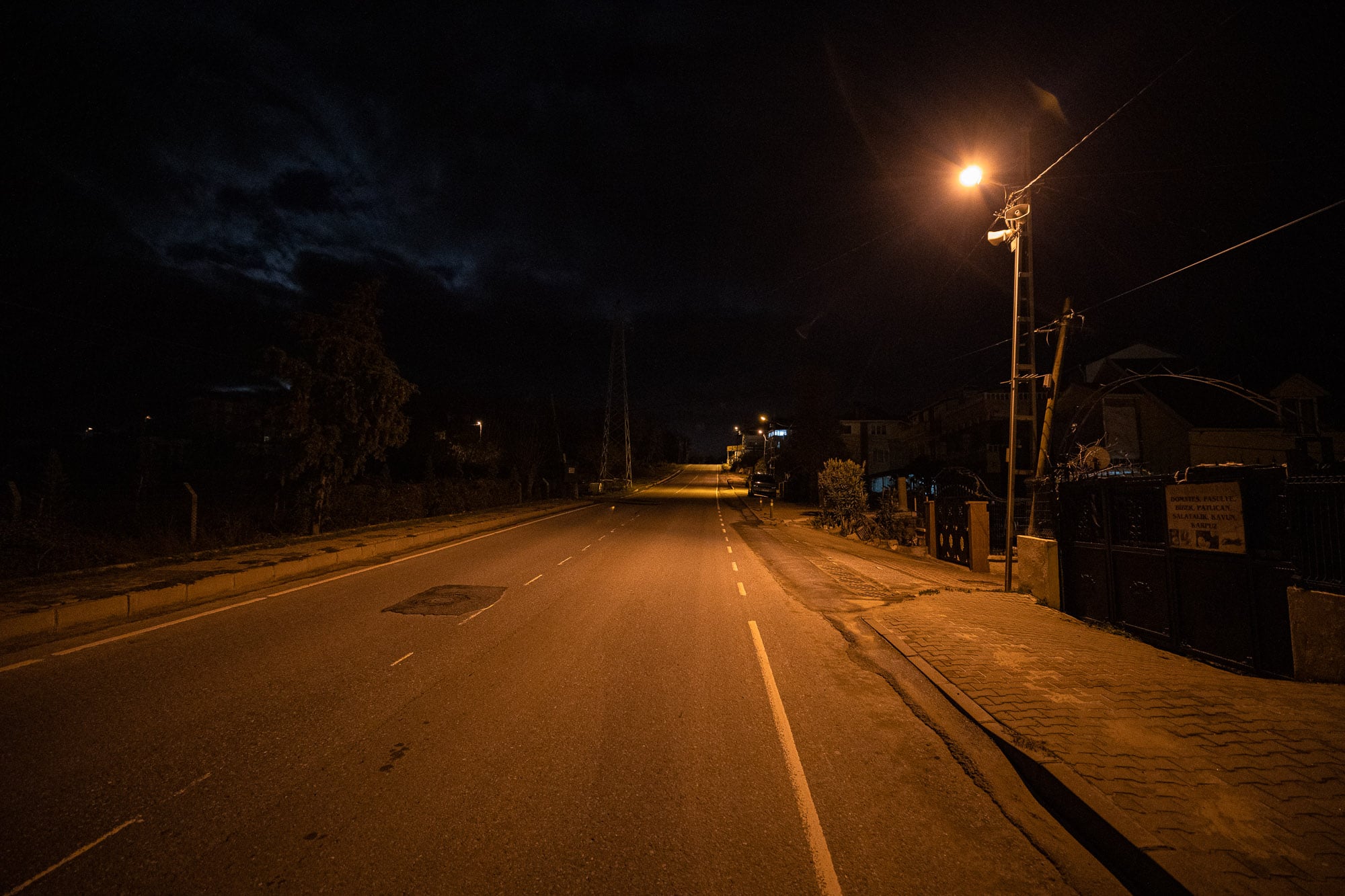 The bungalow (note my shoes lol): 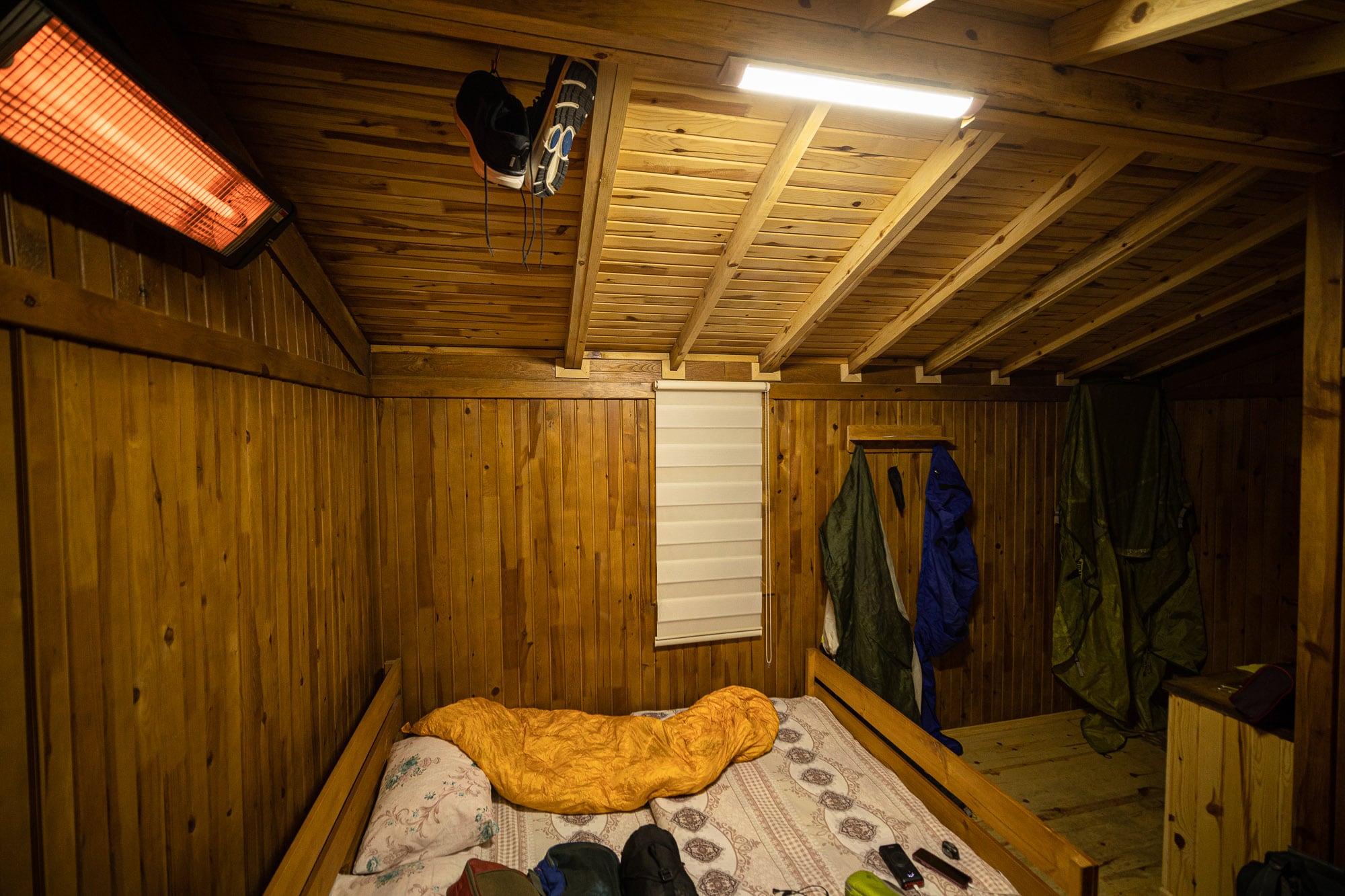 Day 496
from Sile to Dogancili