This post is about a 22km walk from Bagirganli to Agva. It’s the day where The Longest Way crosses the 13.000km mark, and of course I dance.

I rose at sunrise and got on my way. The weather forecast was talking about heavy rain in the afternoon, and I wanted to arrive at my destination before that.

But there was some dancing to be done first.

I pulled the Caboose down a road and up a slope, and once I had completed 2.4km, I set her down and got out the tripod. One camera here, another camera there, and I started dancing.

It had been fourteen years since the first dance in Shanxi Province and two years since the last dance near Samsun. There was a feeling of happiness – I had completed yet another 1.000km. But there was also a feeling of sadness – one day I would look back and there would be no more dances.

There would be only memories.

So I danced in the morning sun, in the midday of my life, and I thought of the afternoon and of the evening that were about to come. And the night. And I danced with my memories.

Then I did a Titanic Lower Deck Spin, and I got nauseous from it.

what the trench really is

The road wound its way through the hills, and I met the trench again. I had grown indifferent to it at this point. But then I noticed a sign that said suyu projesi – it was a water project. So at least that mystery was solved.

When I saw a few tents and a fire on the trench/water project, I figured that they belonged to a construction crew. But again, just like in Karasu a few days earlier, I saw children playing between the tents.

Then the earth became red. It reminded me of the American West, of Oklahoma or Colorado. And then, just like that, everything changed again. The red earth vanished, the vegetation became short, and the hills were suddenly sprinkled with little cone-shaped trees. It looked Mediterranean.

I walked, I picked two ivy leaves at an ancient graveyard, I ate some nuts in front of a mosque, and then I arrived at an hotel in Agva.

It had not started raining yet. 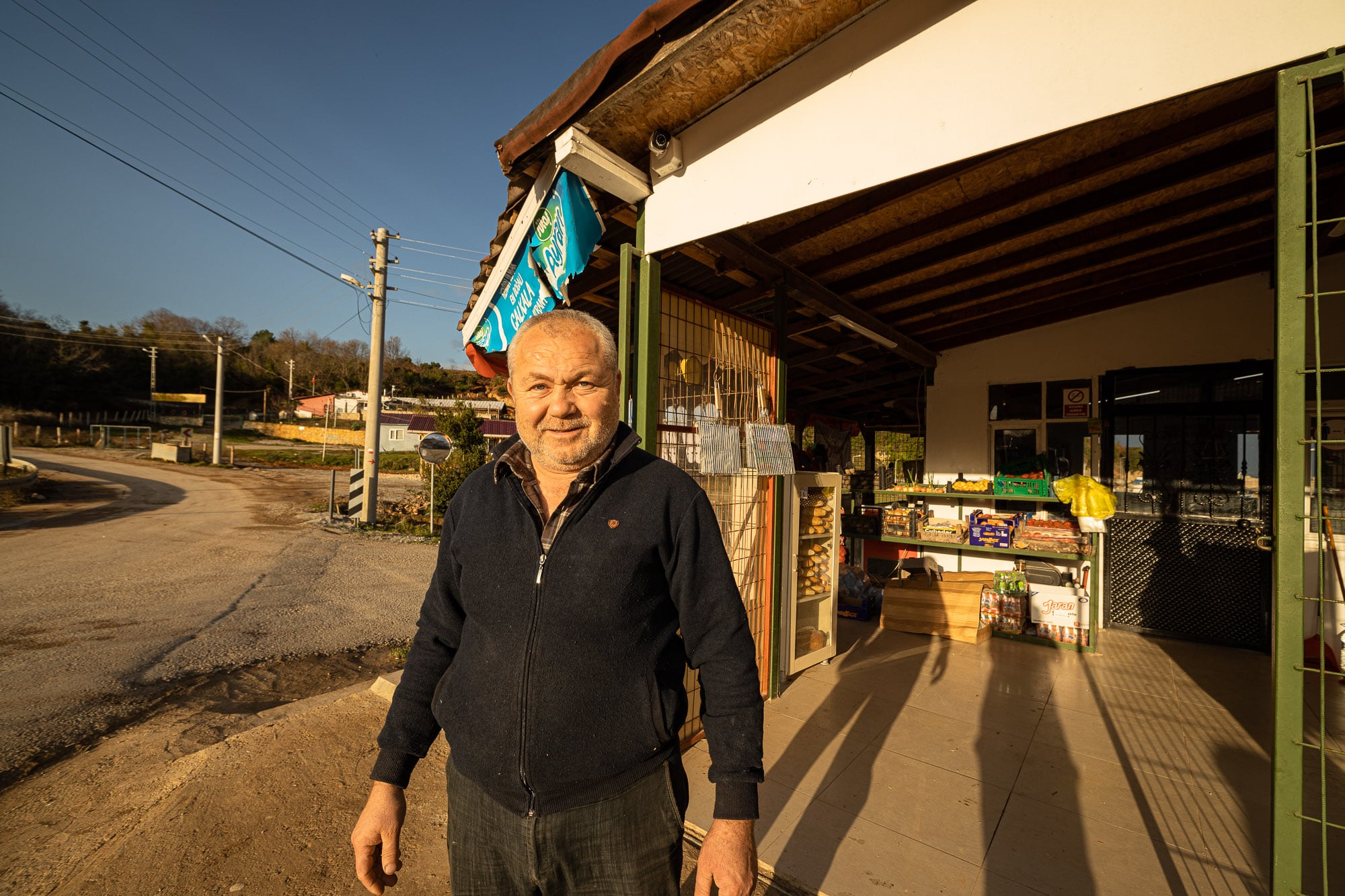 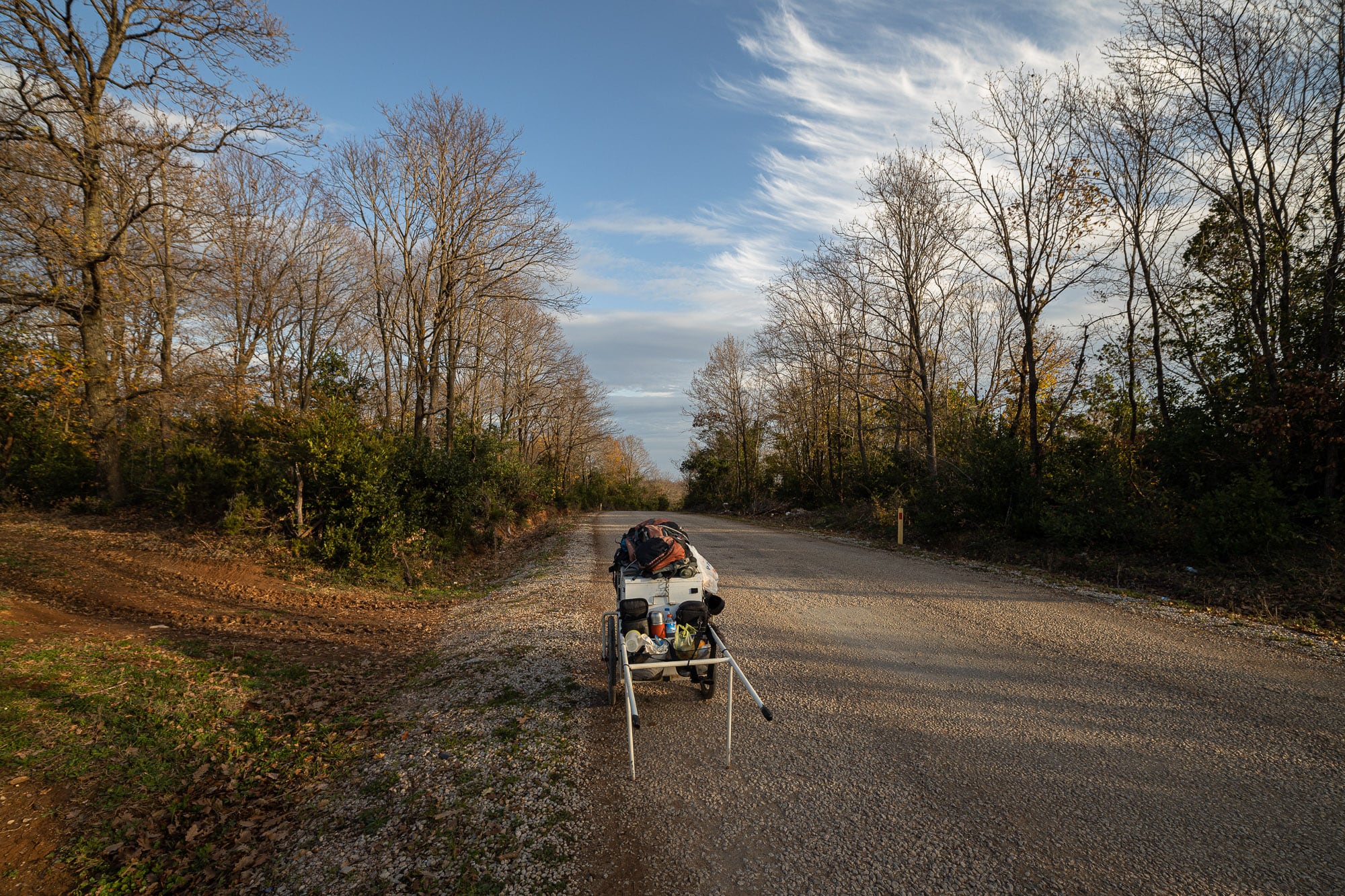 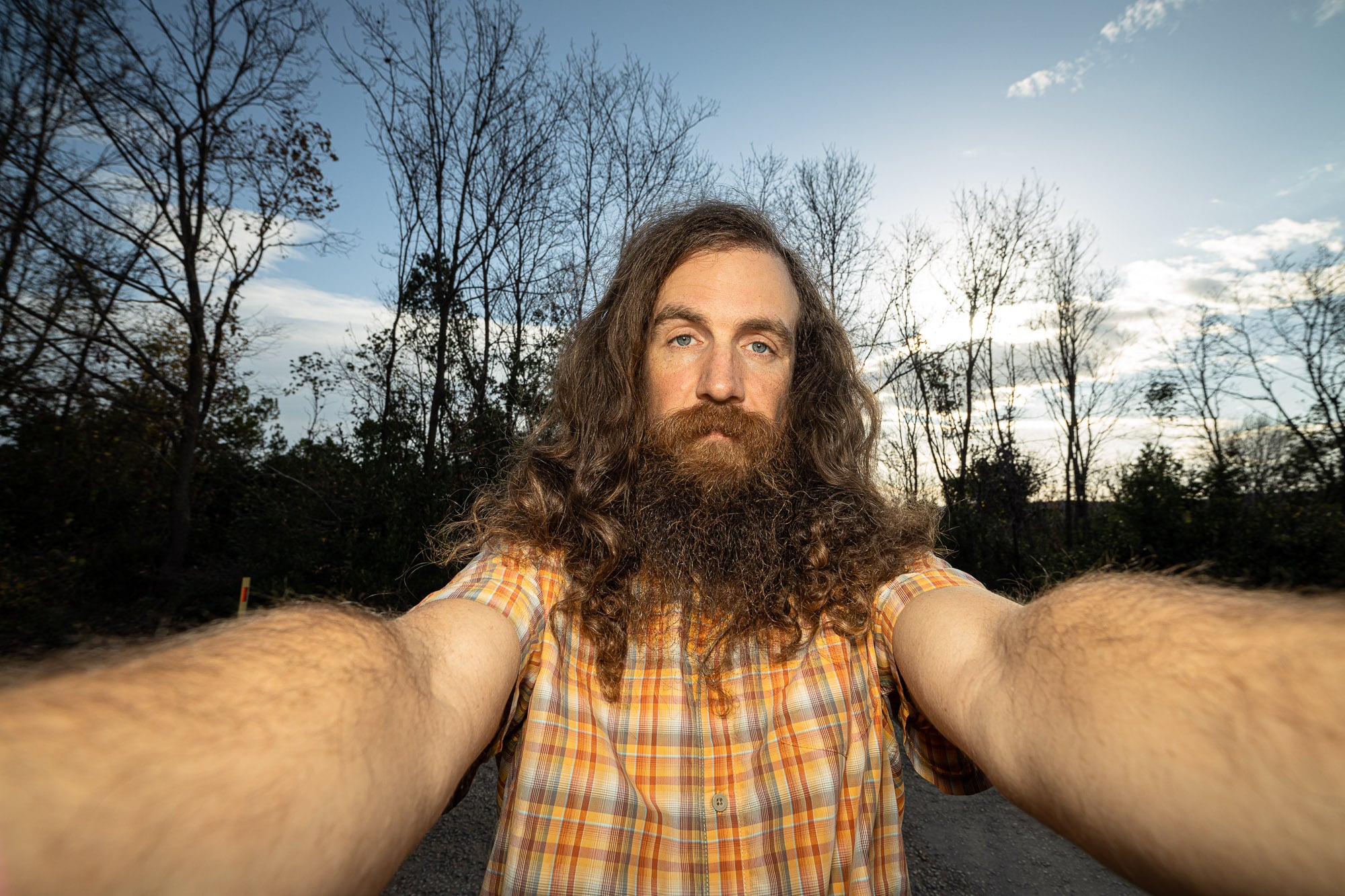 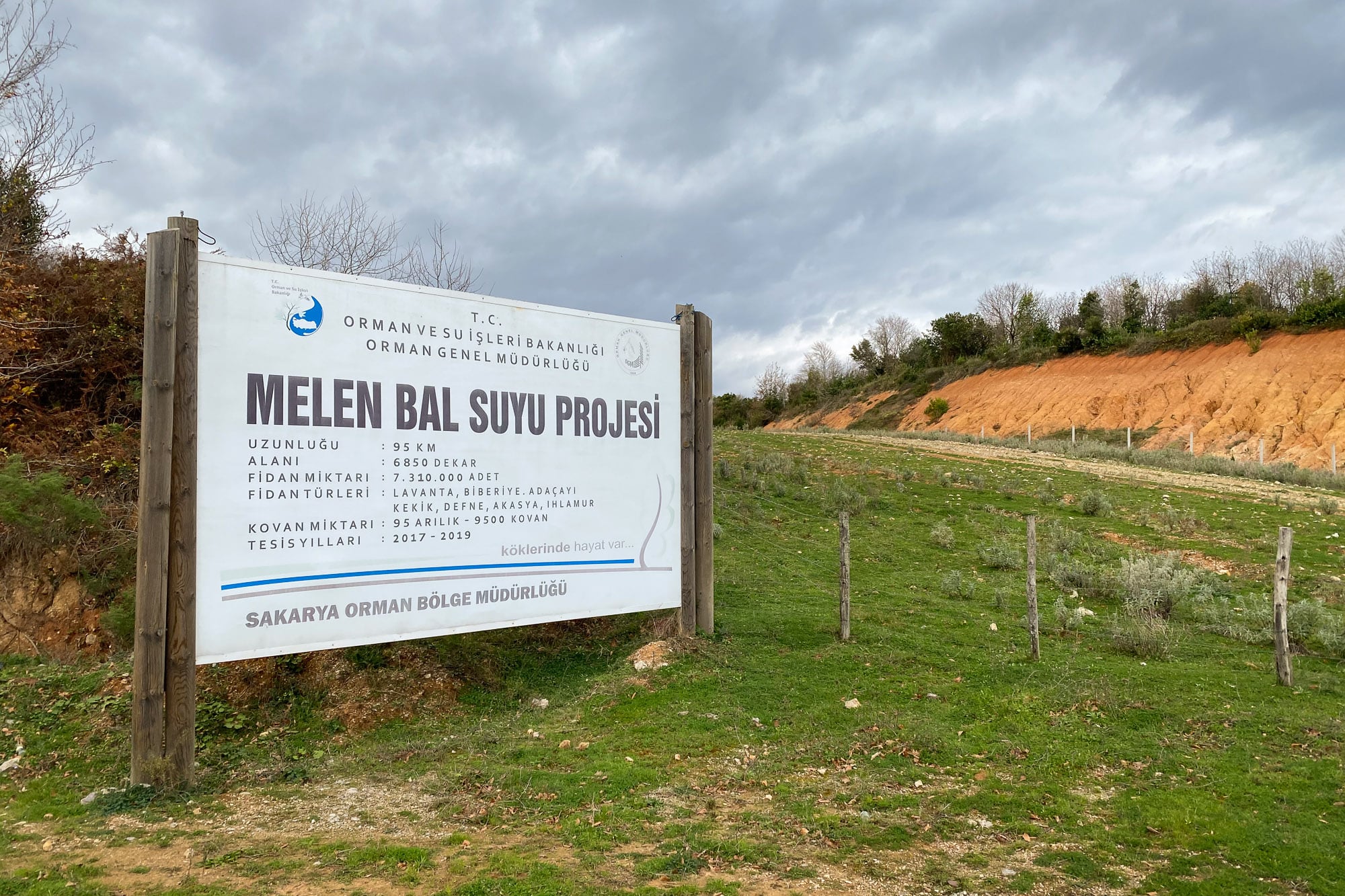 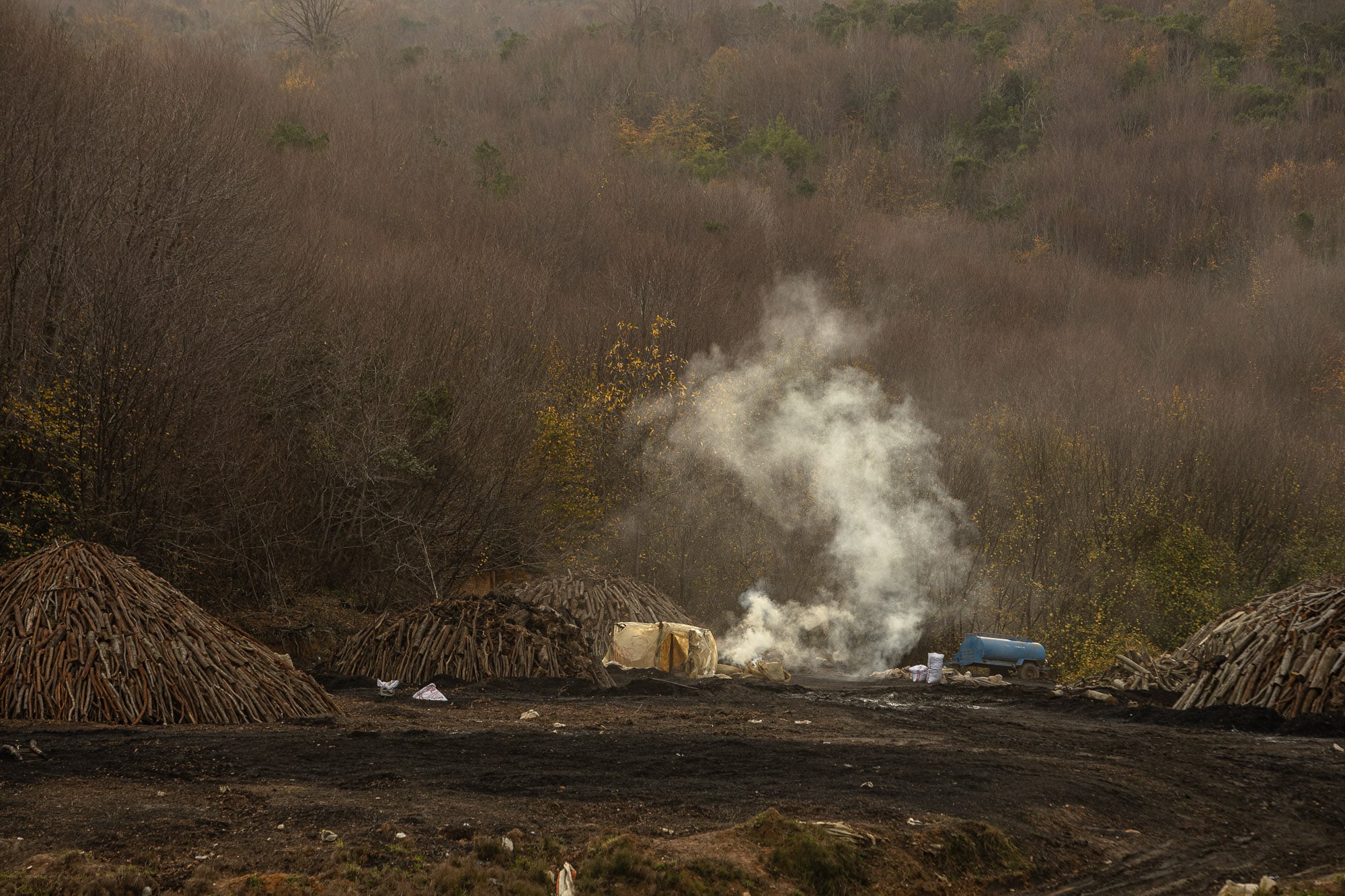 Tents on the water project: 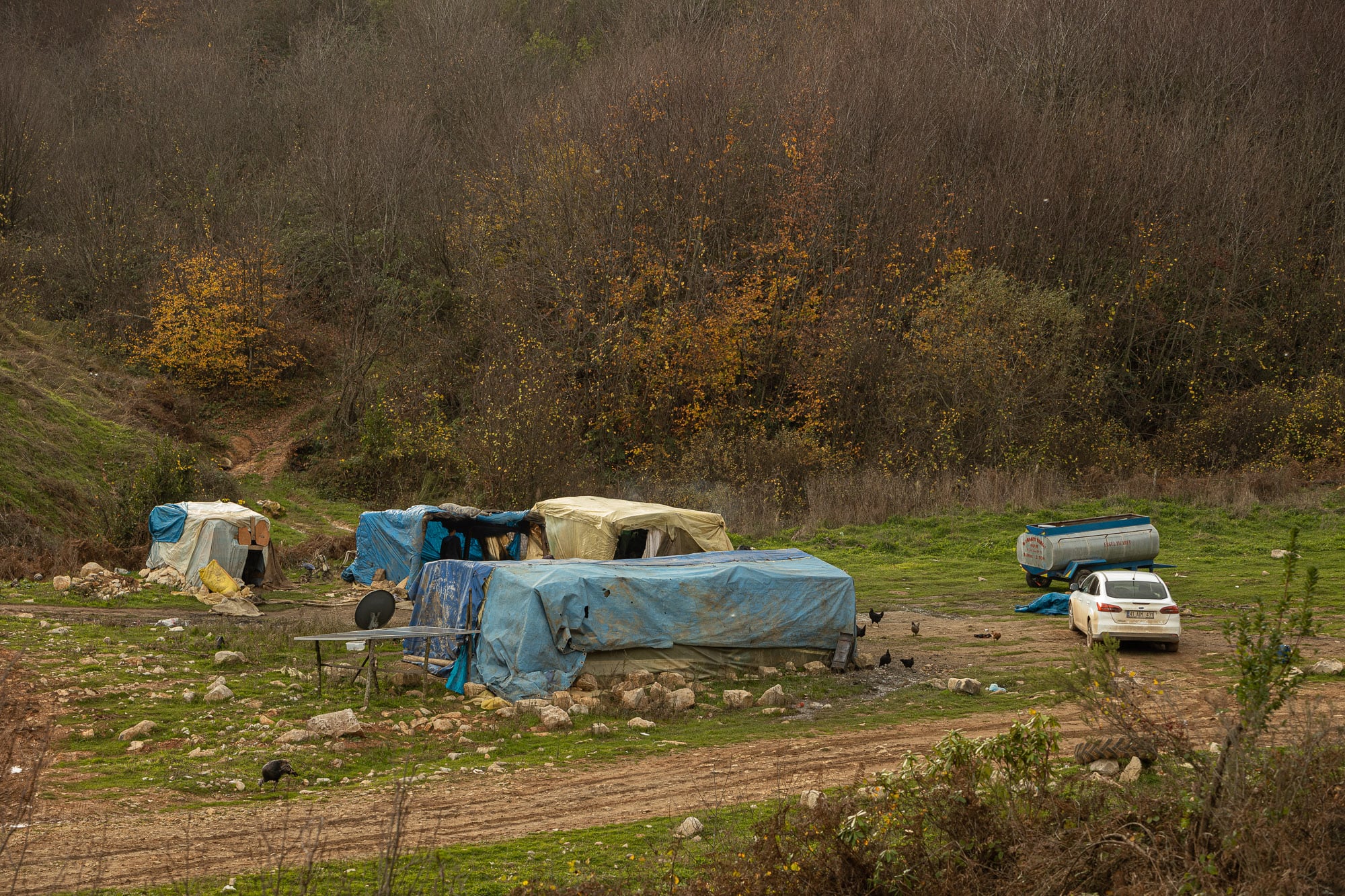 Red earth on the walk from Bagirganli to Agva: 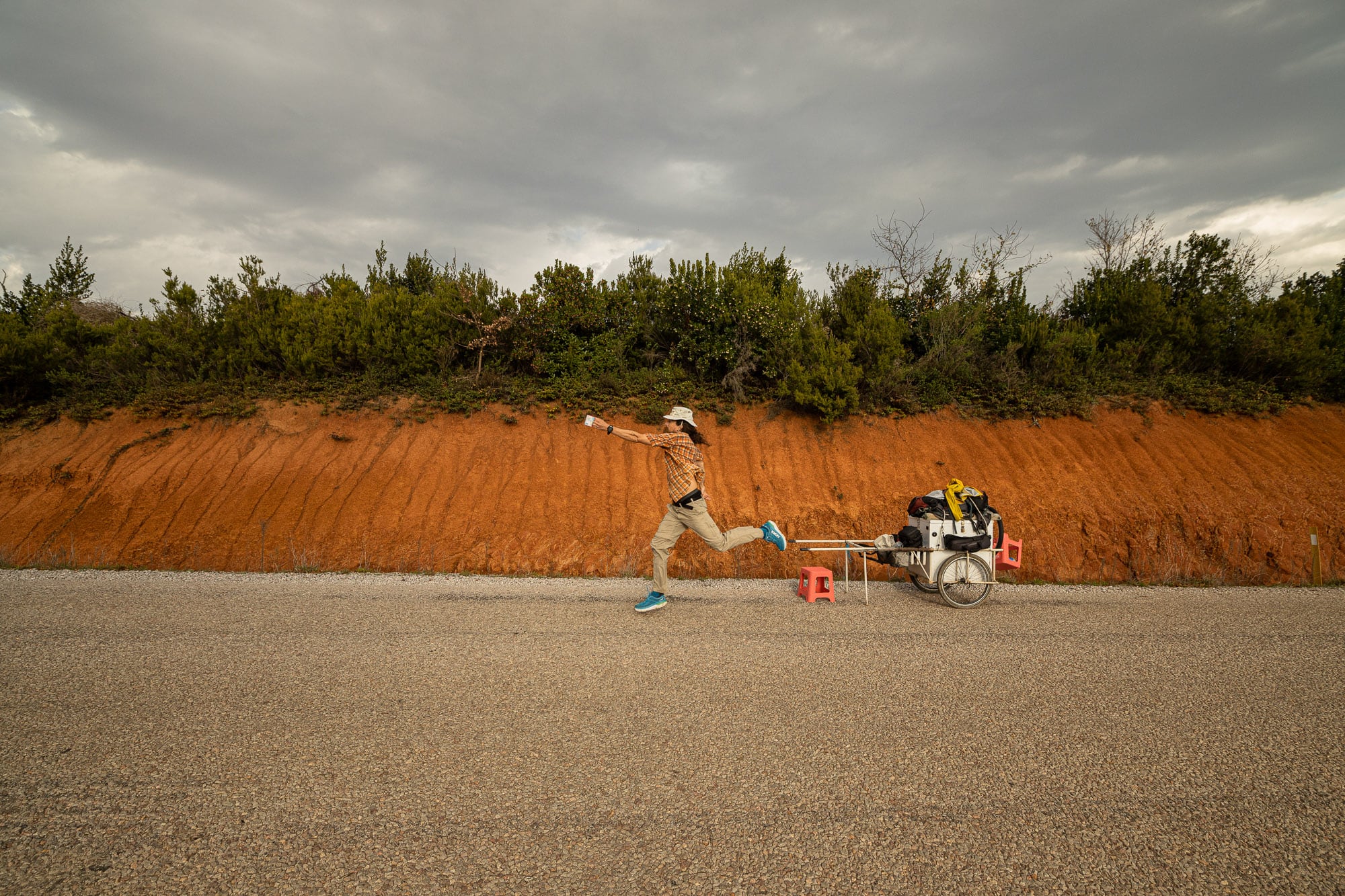 This tractor driver told me the rain would be heavy: 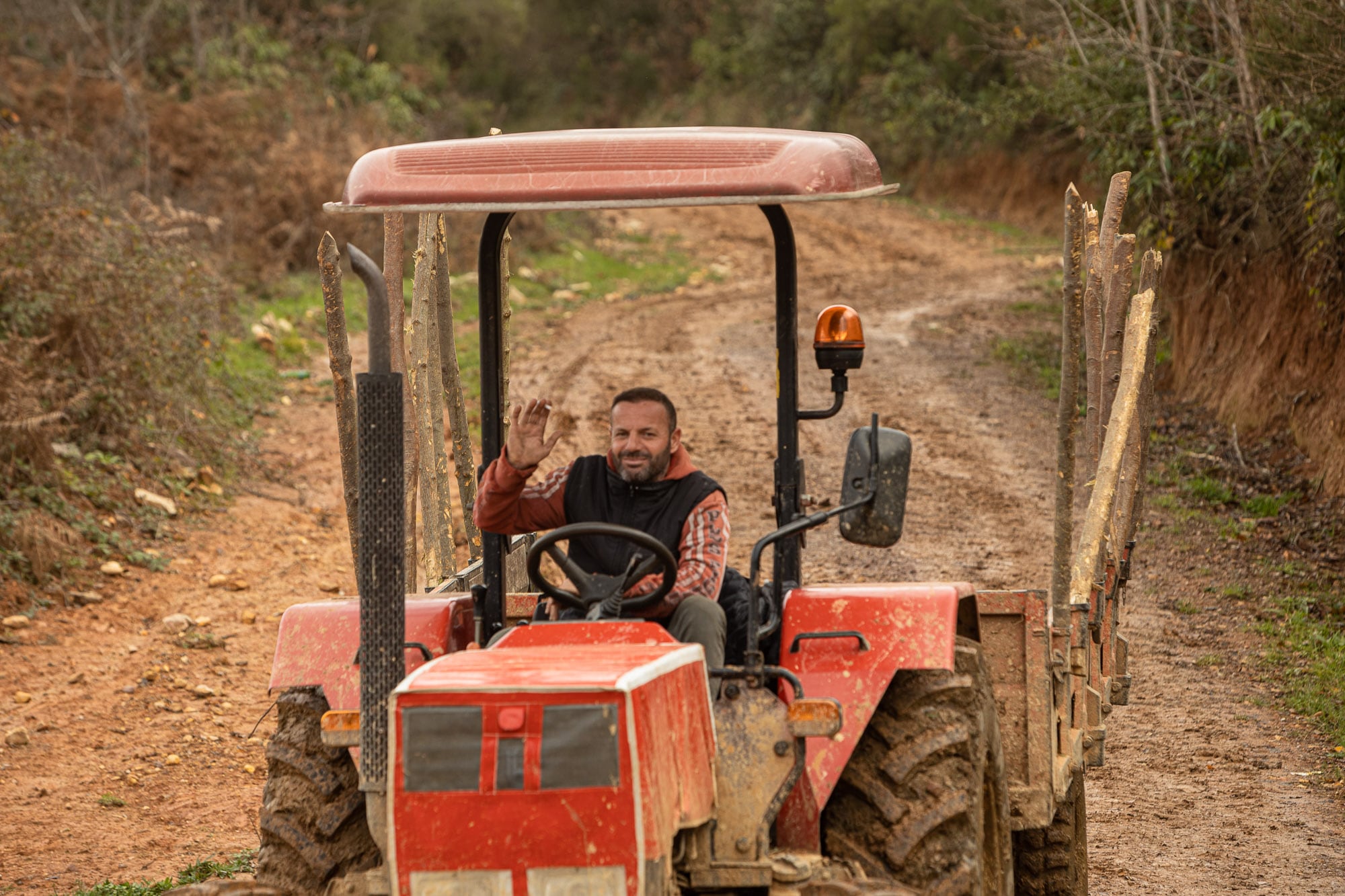 The village of Pinarli says goodbye in English: 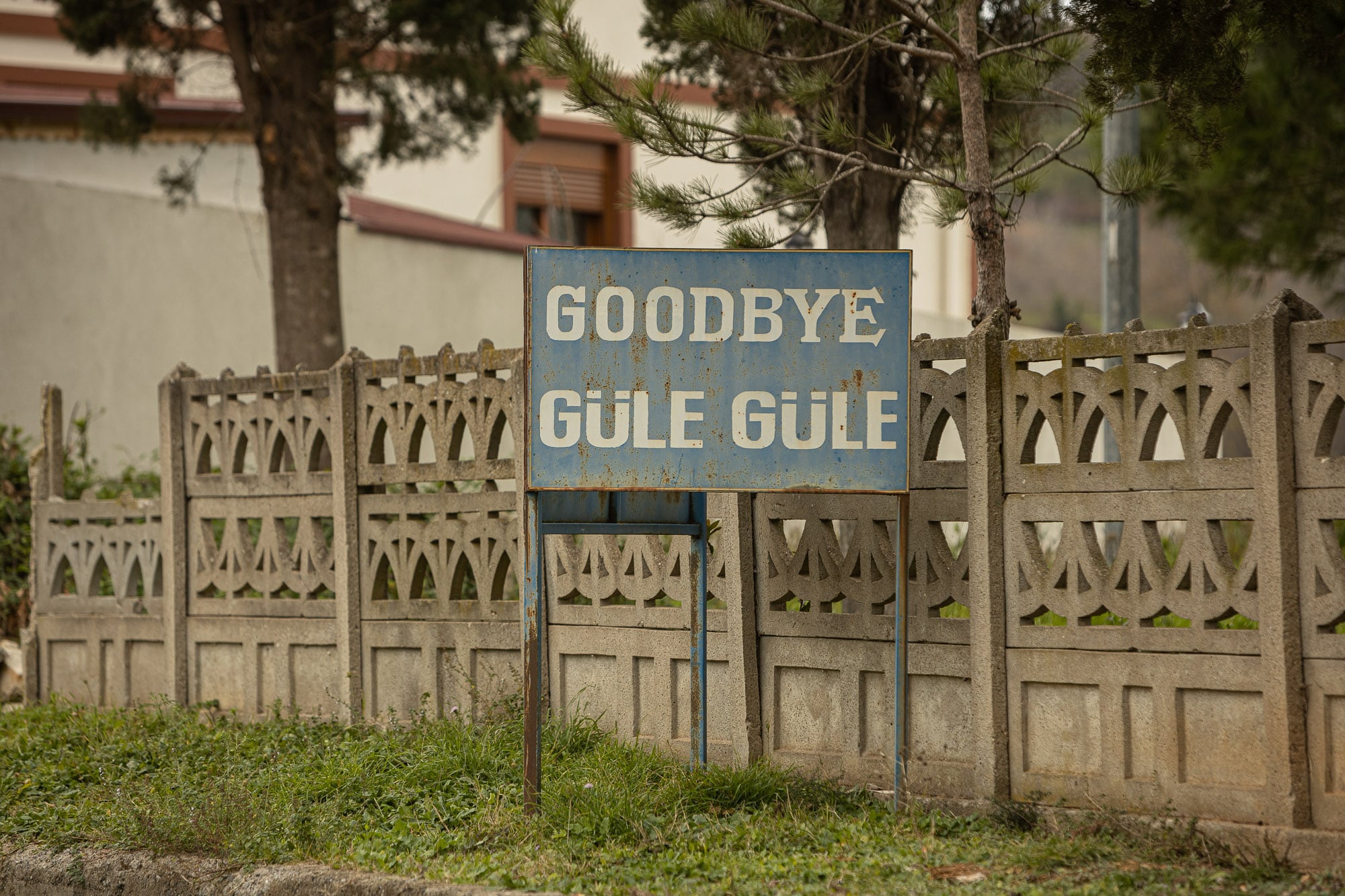 People cleaning the road of trash near Pinarli: 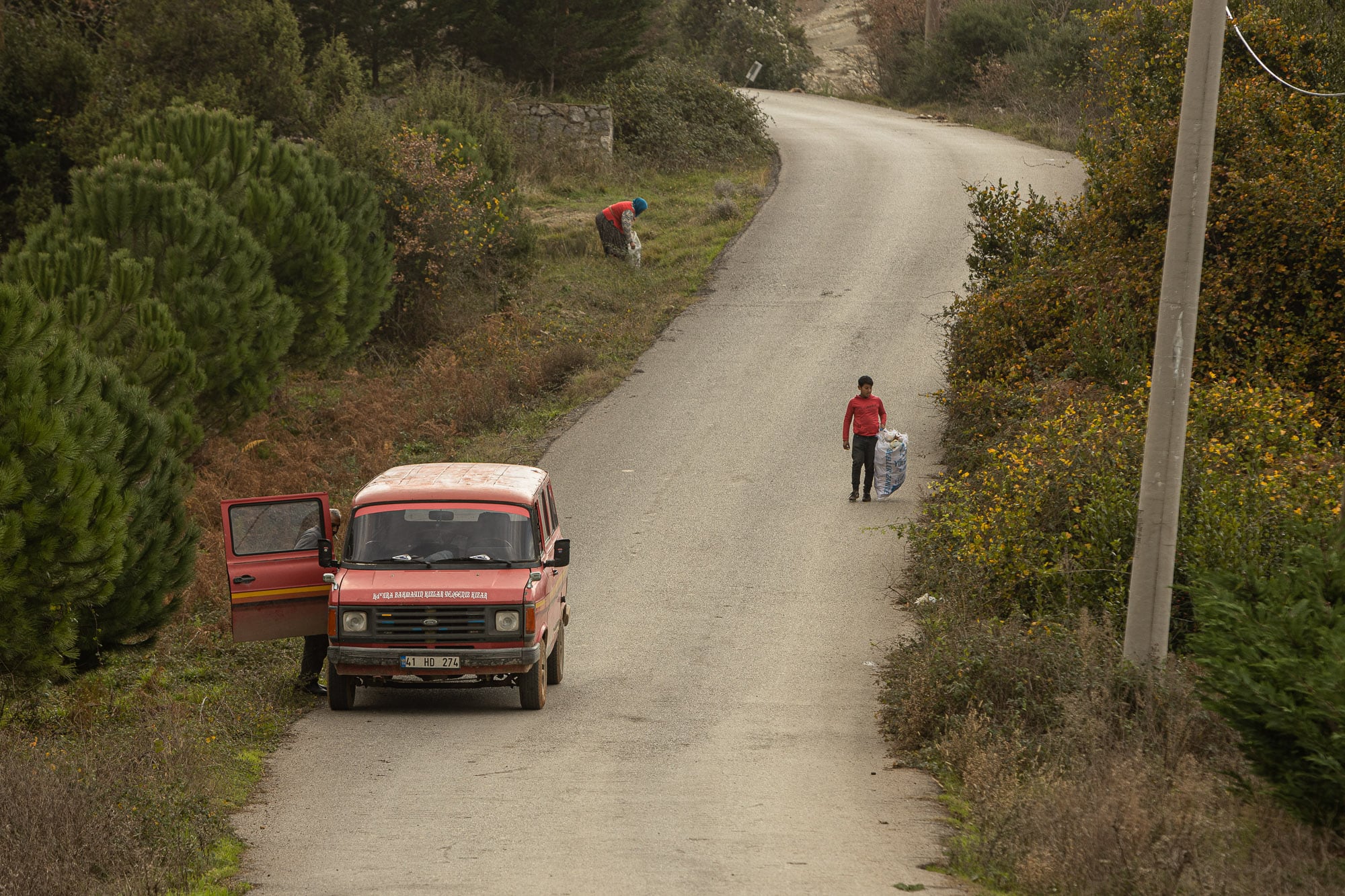 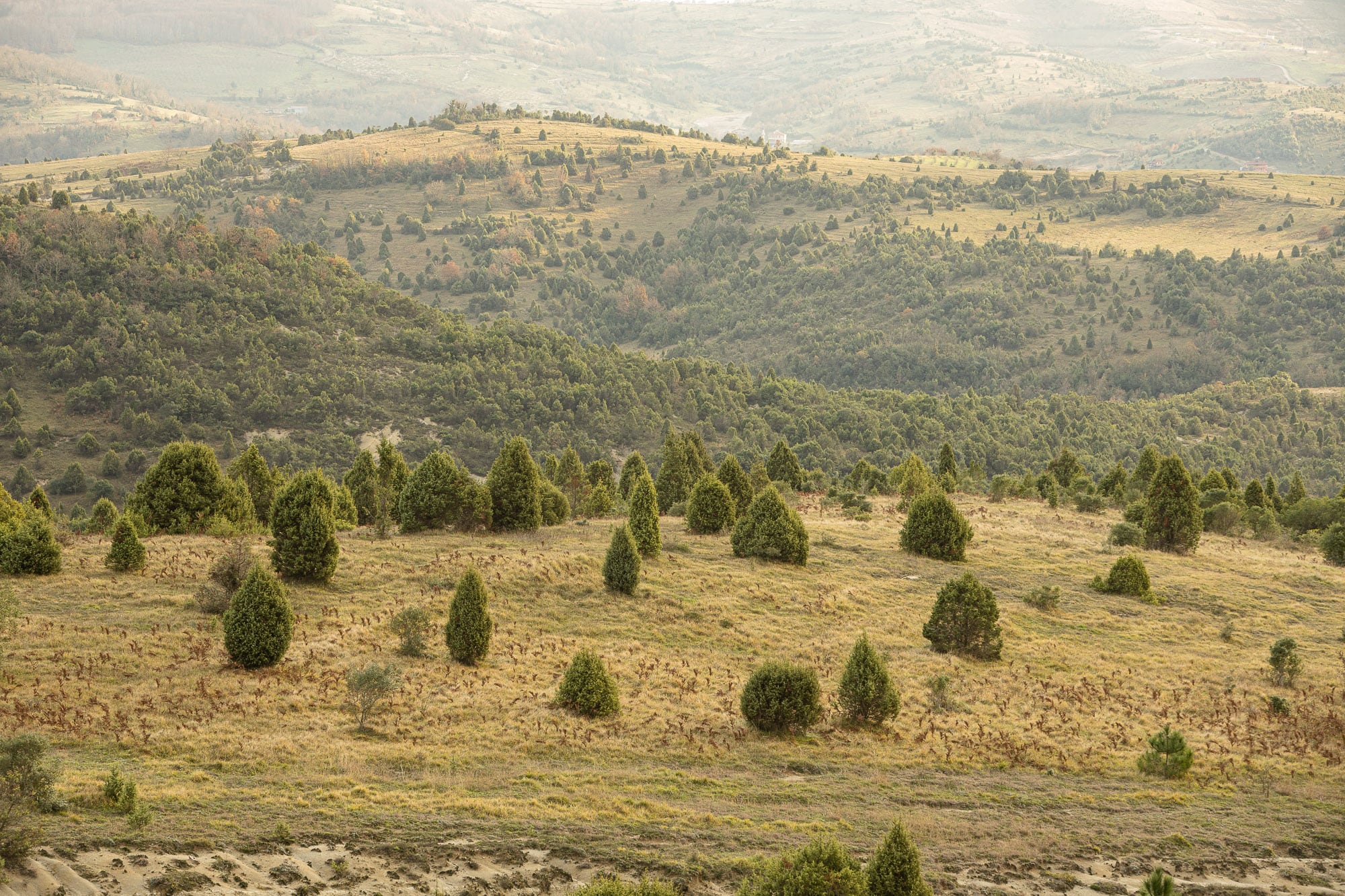 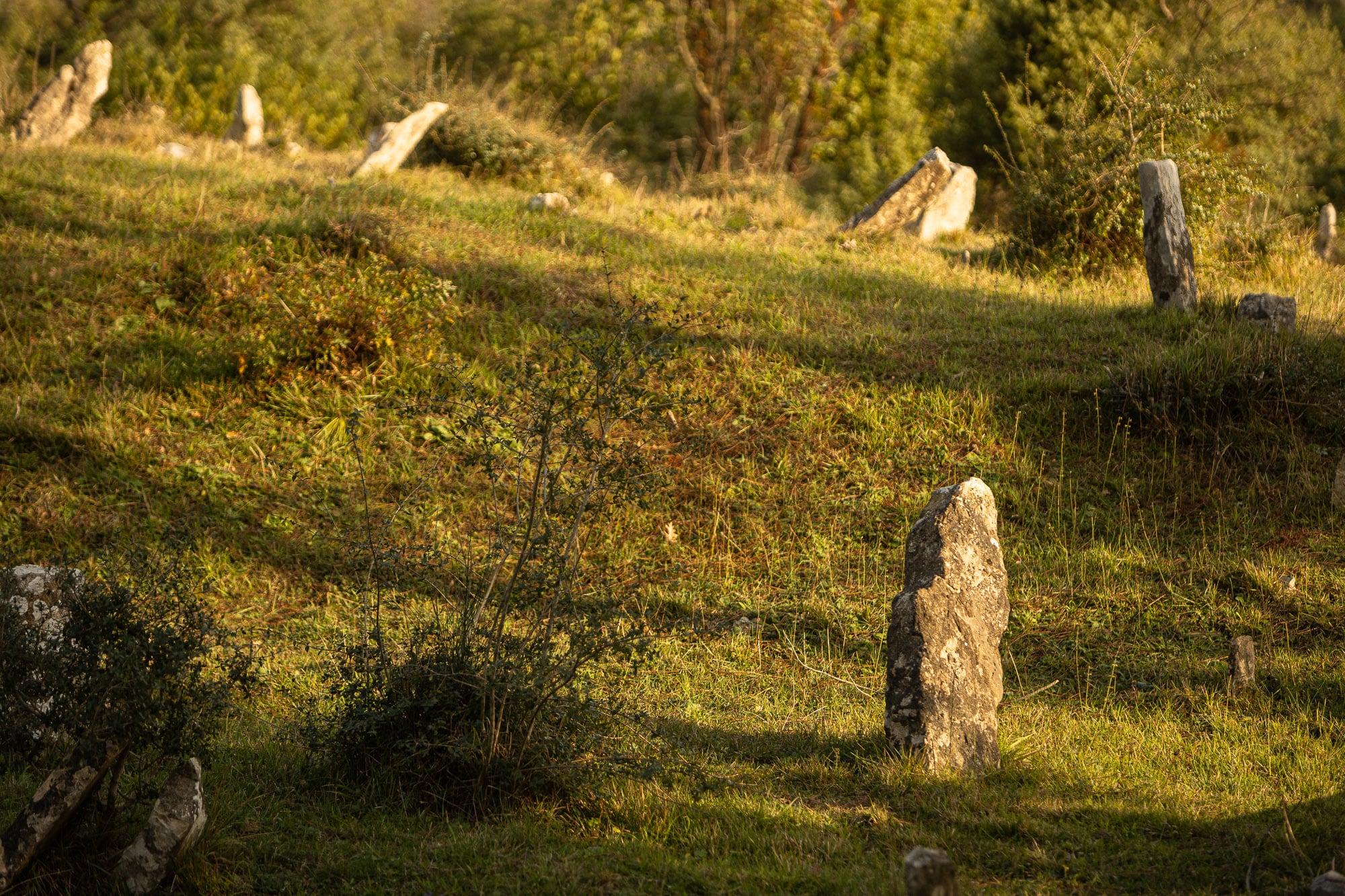 The road to walk from Bagirganli to Agva: 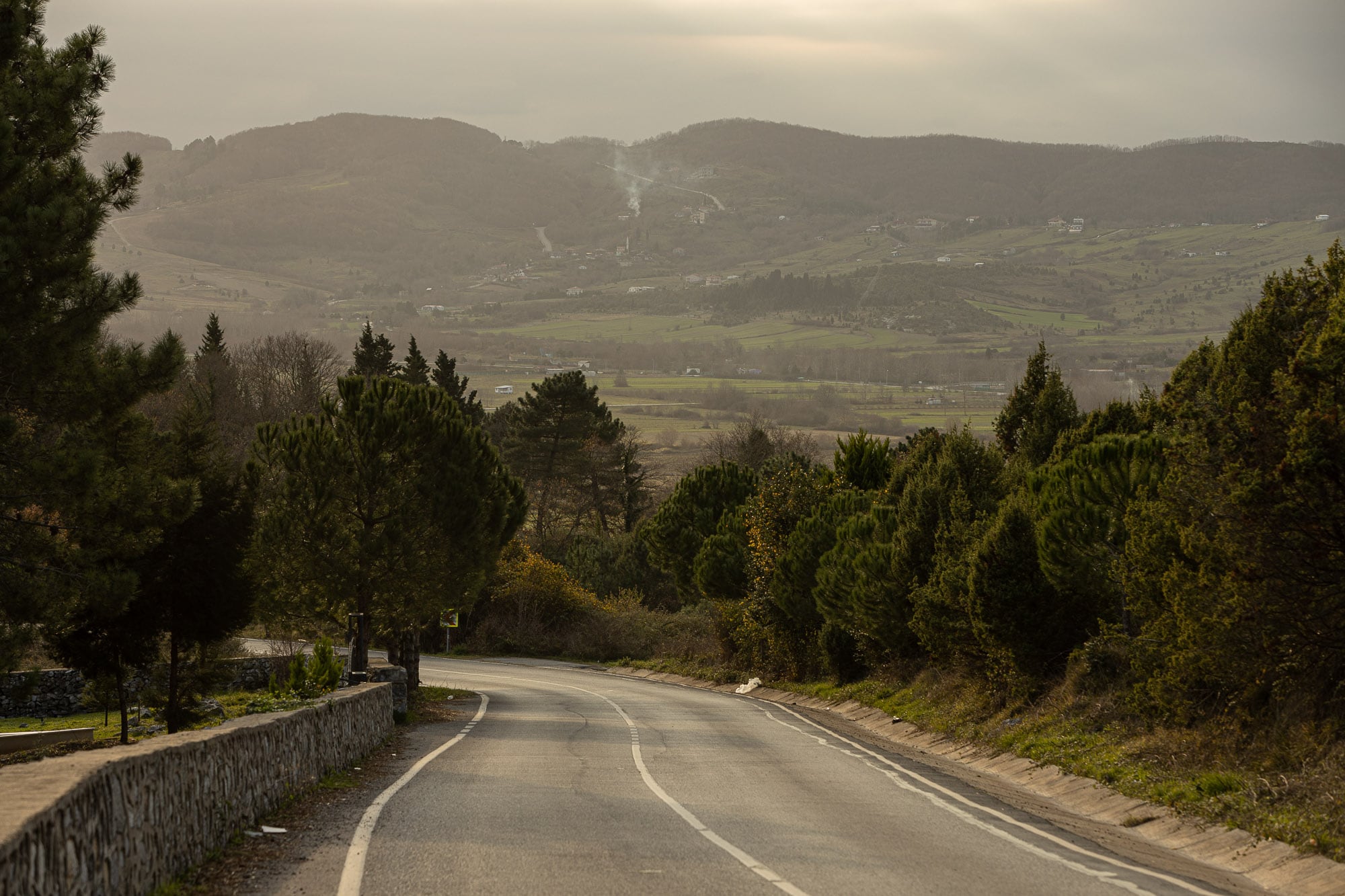 Day 493
from Bagirganli to Agva