This post is about a 22km walk from Kerpe to Bagirganli. It follows one of the nicest roads I’ve ever been on.

It had rained a bit during the night, but I had been warm and safe in a hotel room. When I stepped out onto the road there weren’t and people in sight. There weren’t any dogs, either. The air was clean and fresh, and I felt full of optimism.

I managed to find a roadside shop that was open. It was unclear who its customers were, as it was during the off-season and there were no tourists around. But I got some water, some bread, and an onion. I still had some cheese and a tomato from the day before.

One thing that I kept noticing during this part of the journey: my expenses became less and less as the lira was continuing its free fall. But that didn’t make me happy. I felt worried, and when I looked into the eyes of the cashier, I thought I could see worry in them as well. What was happening to this country?

Then I forgot all about it. The road went close to the coastline, hugging the hills, going up and down in soft slopes, and it reminded me of those beautiful walking days near Doganyurt. Only here the inclines were easier, and there was almost zero traffic.

One time I gave in to an urge to scream with joy, and I ended up startling a couple who were resting behind the next bend. Did I have a lot of alcohol to drink, asked the guy. Only a little, lied I. I didn’t want them to know that I was screaming while sober.

When I reached a small village, a man with a wool hat stopped me with the words “hola amigo!” His name was Ekrem, and he had been everywhere as a sailor: Spain, Italy, Portugal, Bulgaria, Romania, everywhere. He said he liked what I was doing. To him, it seemed to somehow make sense to walk the Silk Roads. We exchanged a few more “amigos”, then we said “adios amigo!” And then I was back on my way.

The coastal resort town of Bagirganli looked even more deserted than the previous places. There weren’t even any lights in the windows. One restaurant was open, though. I went in and got some fries with eggplant and yoghurt. Then I pitched my tent in a pavilion next to the local mosque.

Some dogs and some cats watched me from a distance. But none of them came to visit. 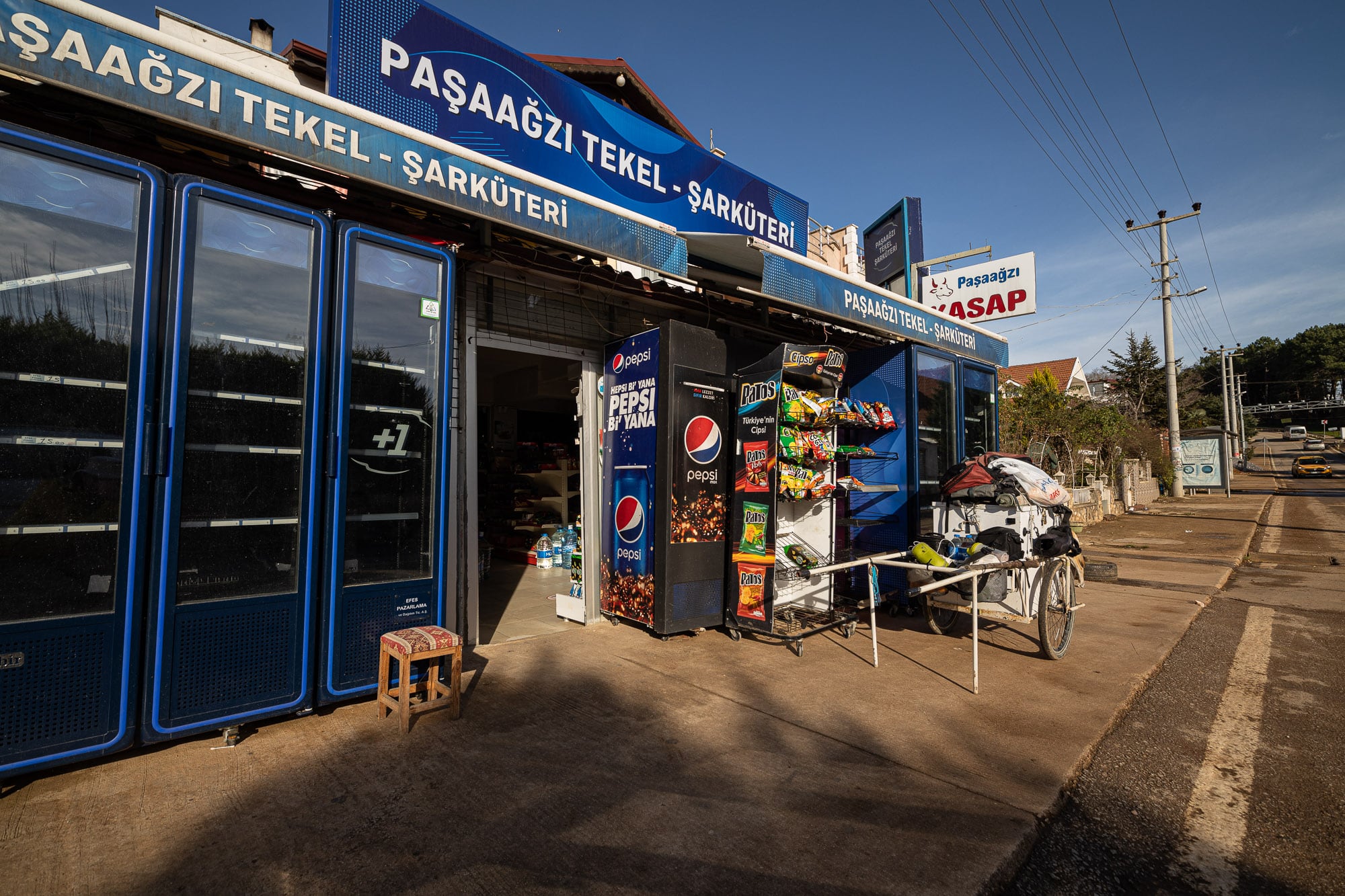 The beautiful coastal road to walk from Kerpe to Bagirganli: 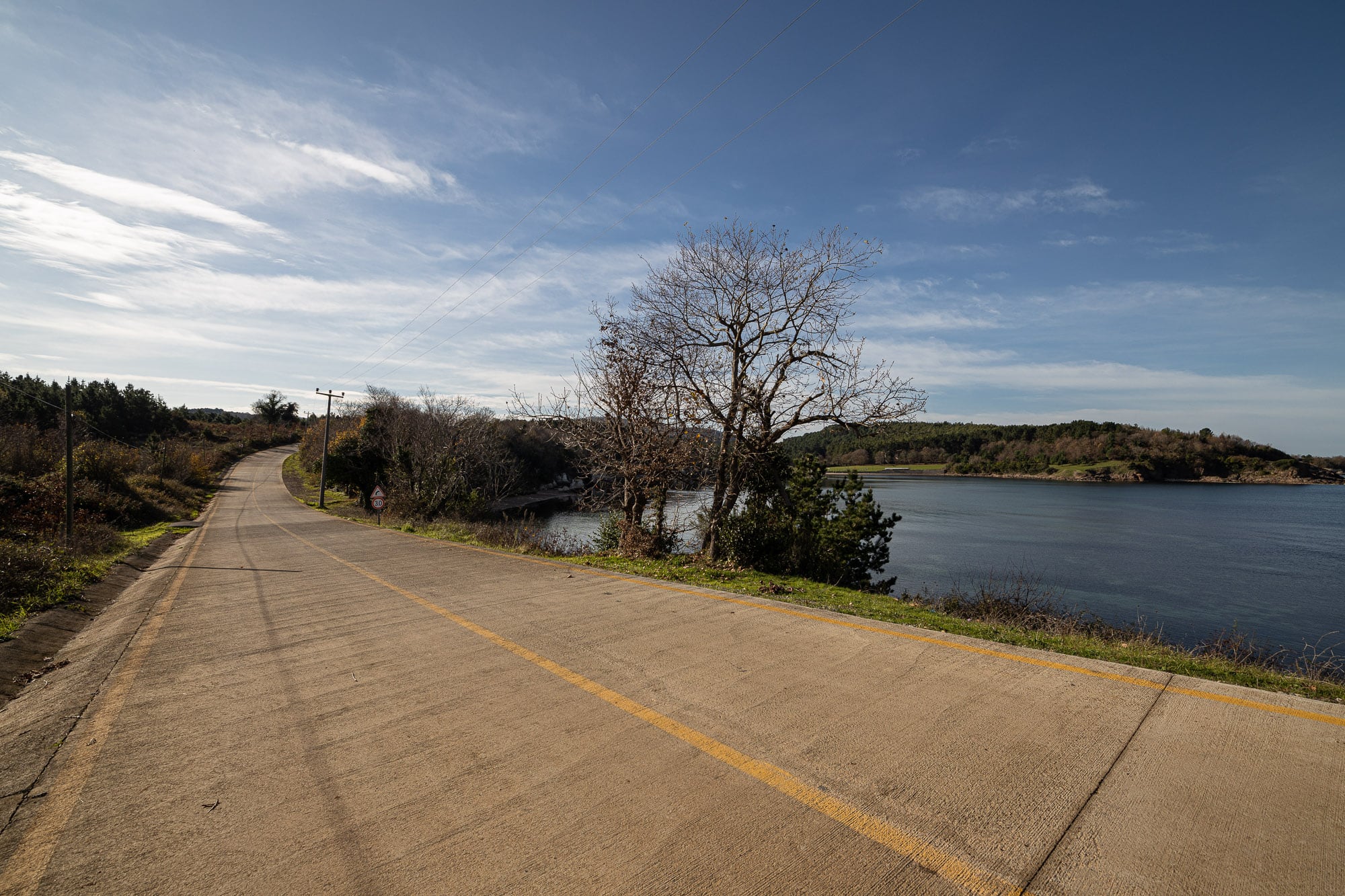 The Black Sea near Kerpe: 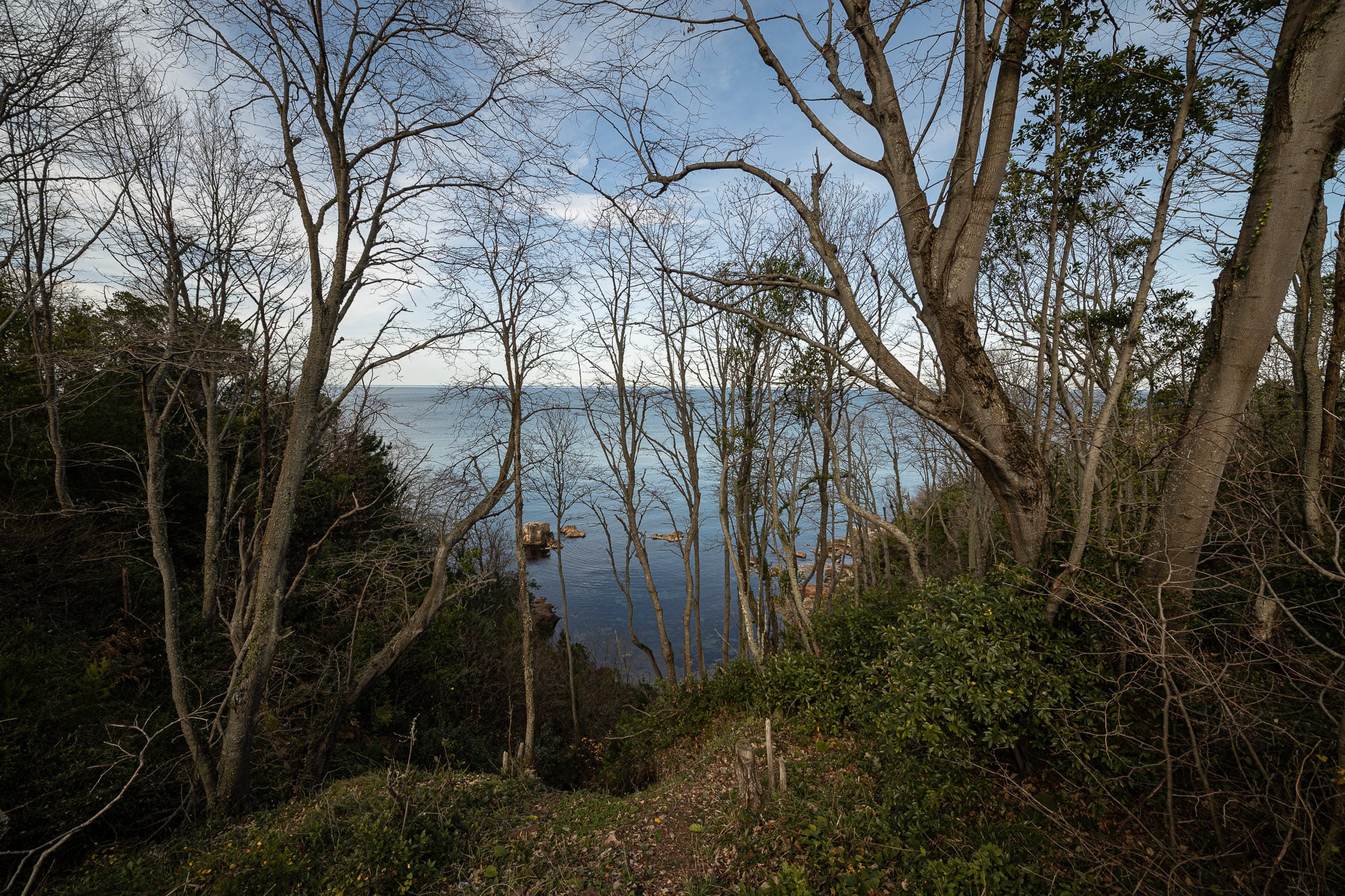 I wanted to rest here but a dude was sitting in a folding chair listening to trap on his phone: 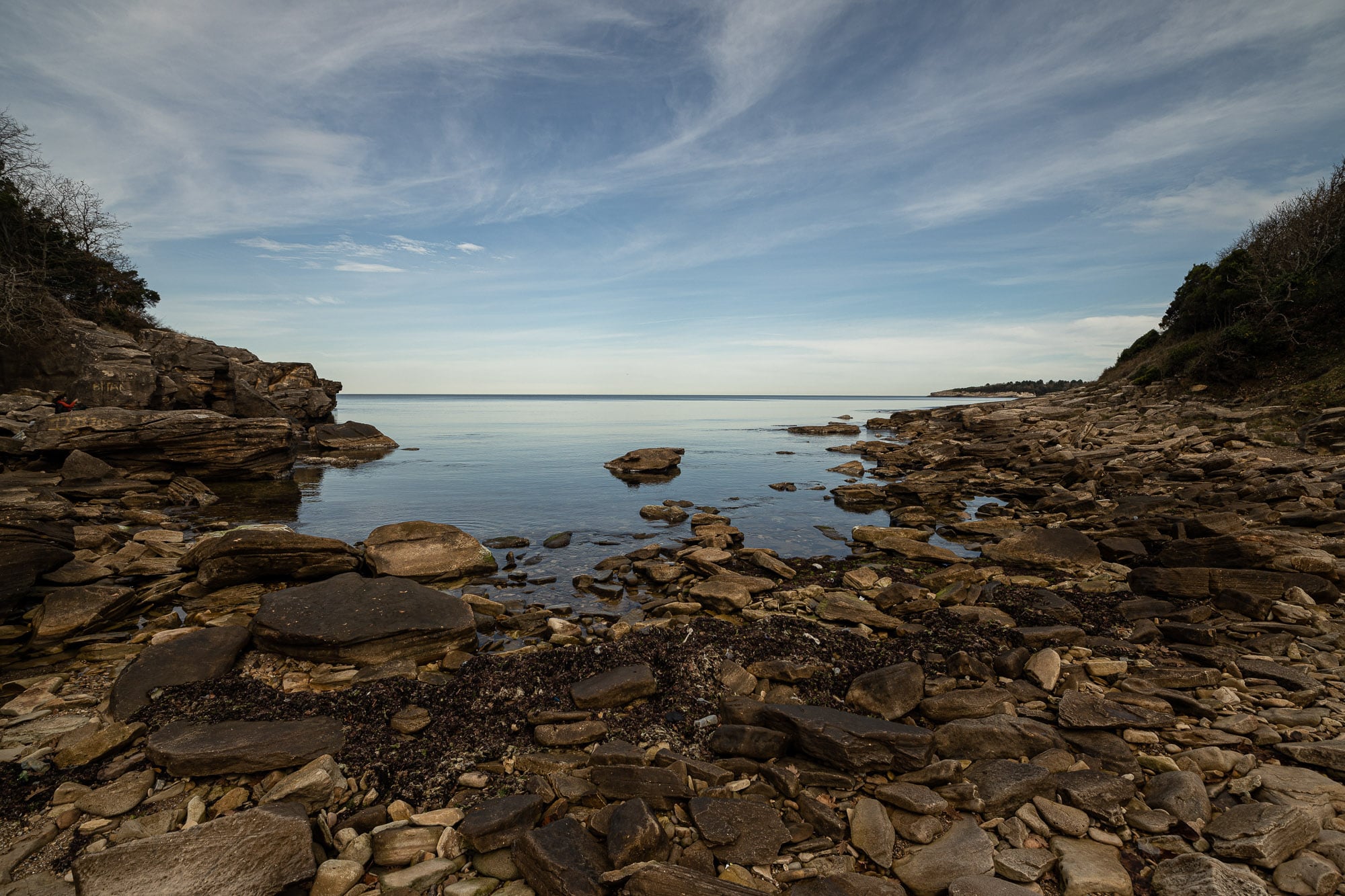 I don’t know why the resin was being collected here: 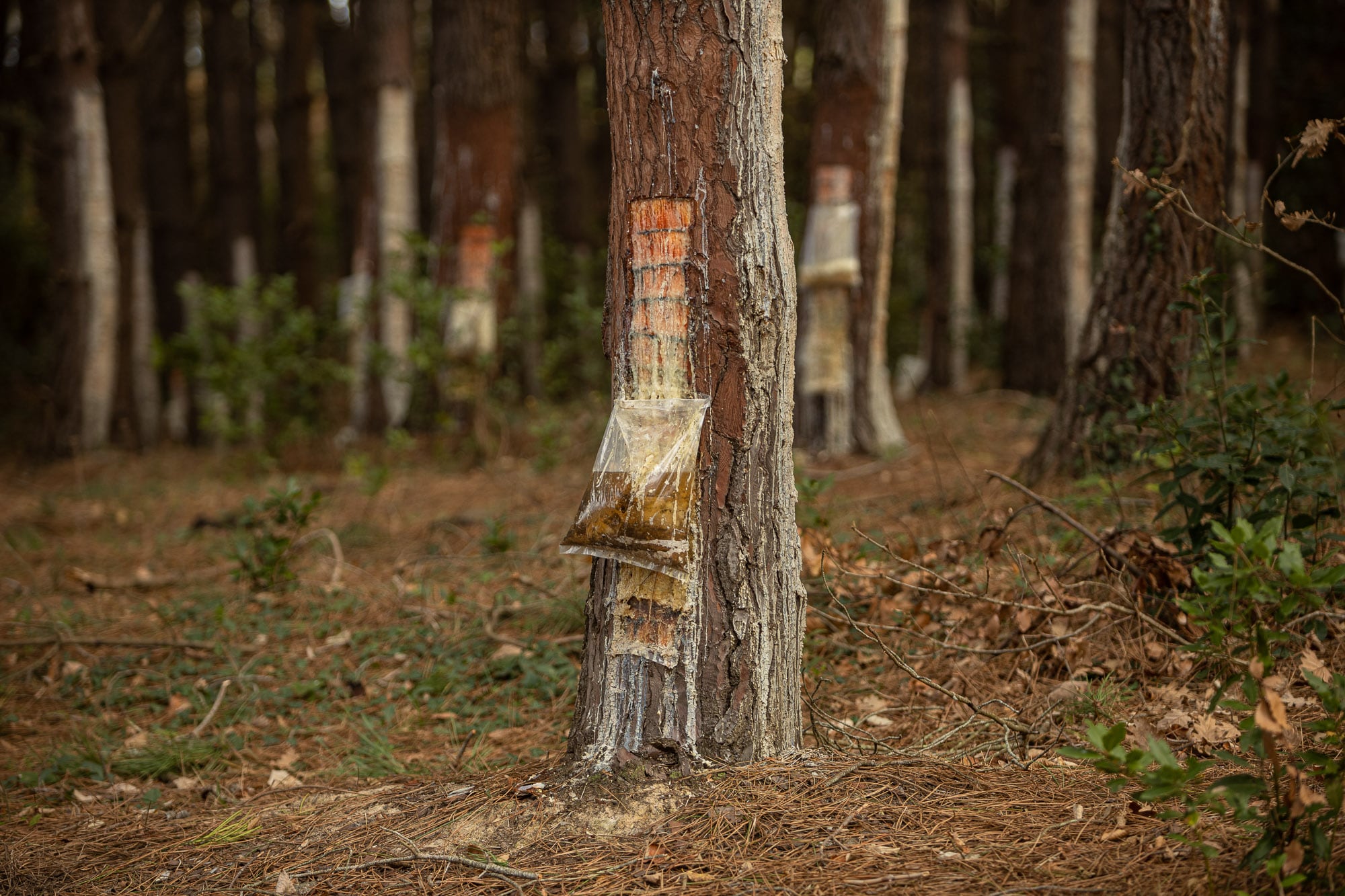 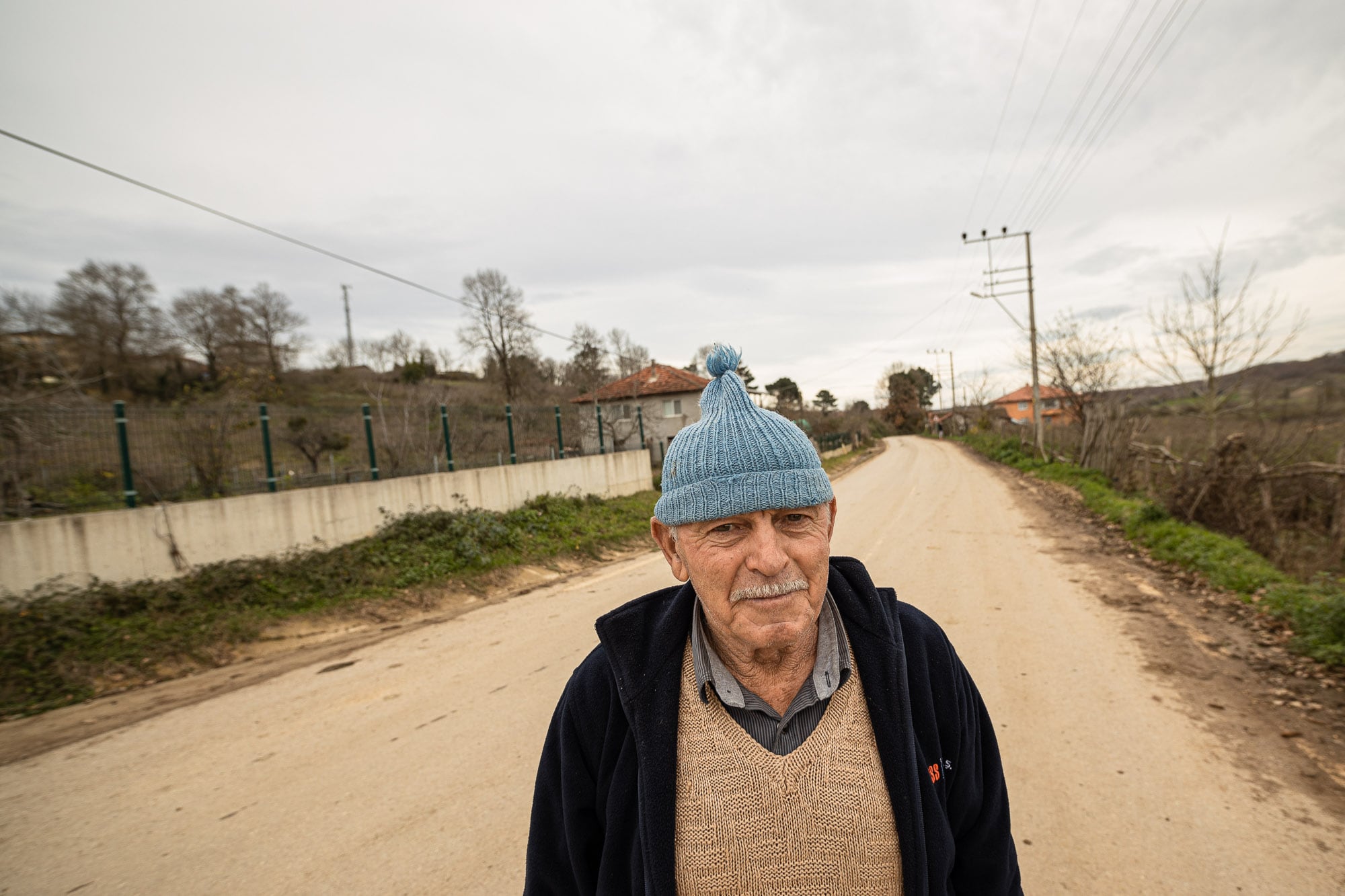 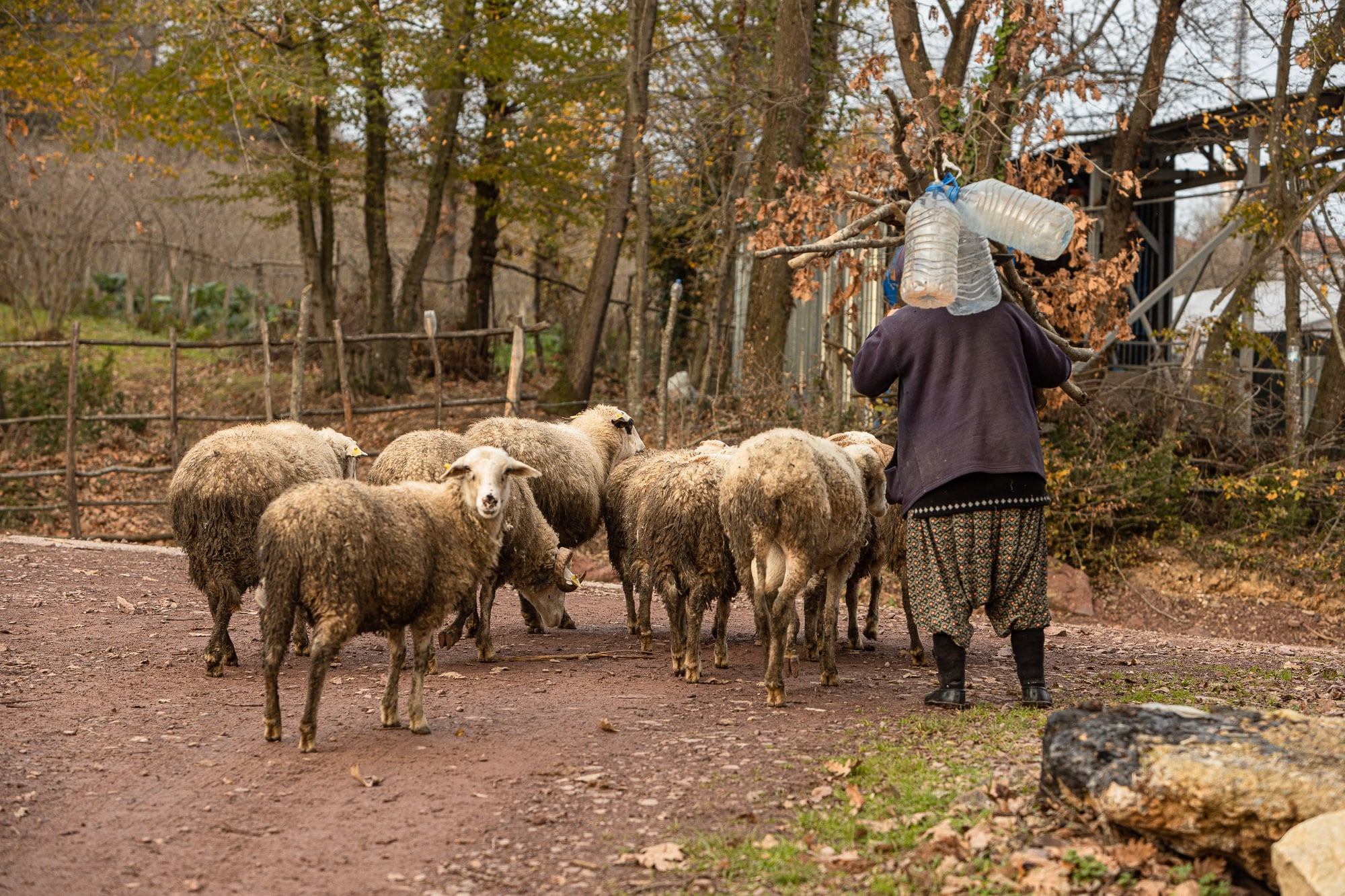 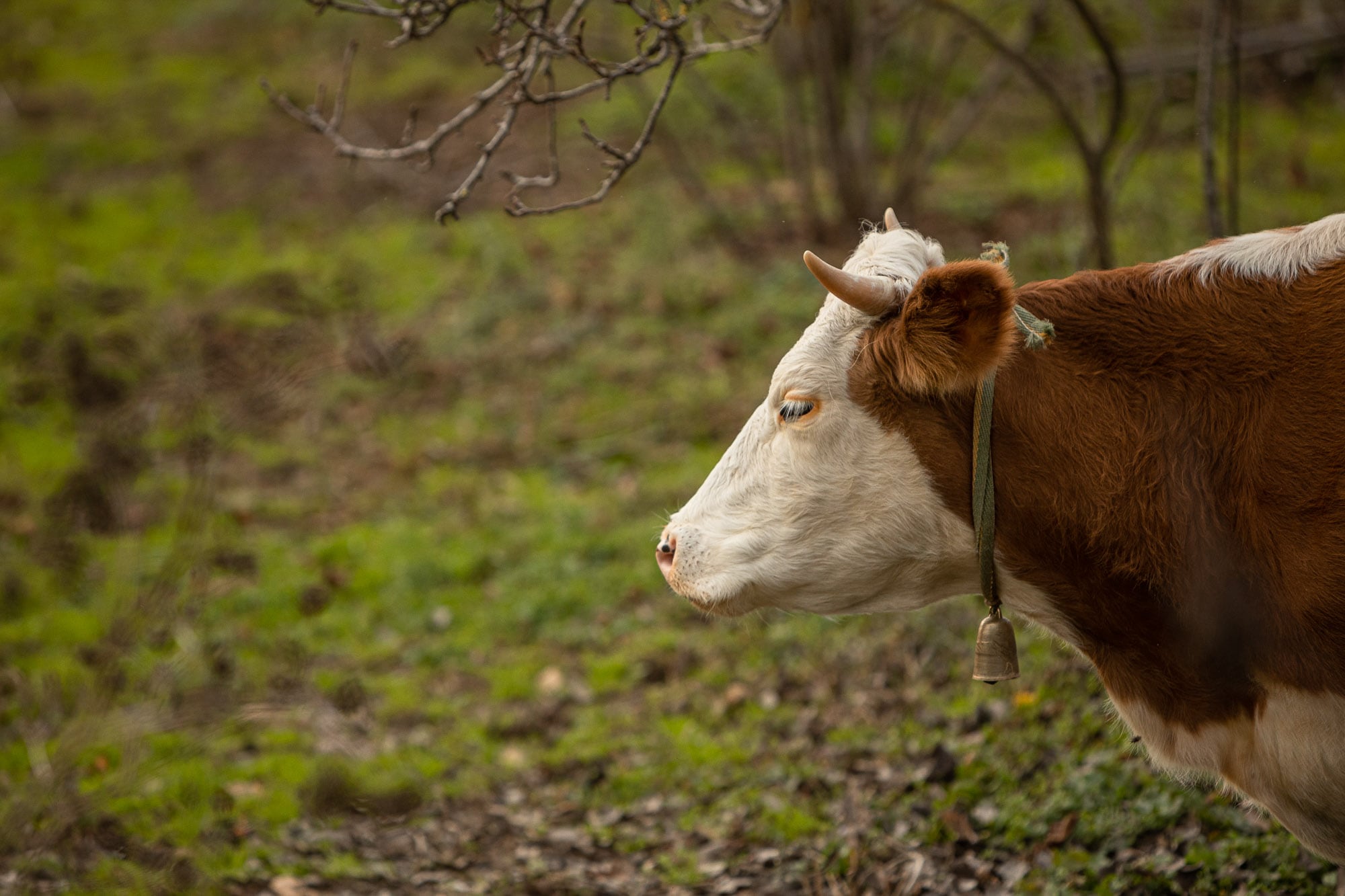 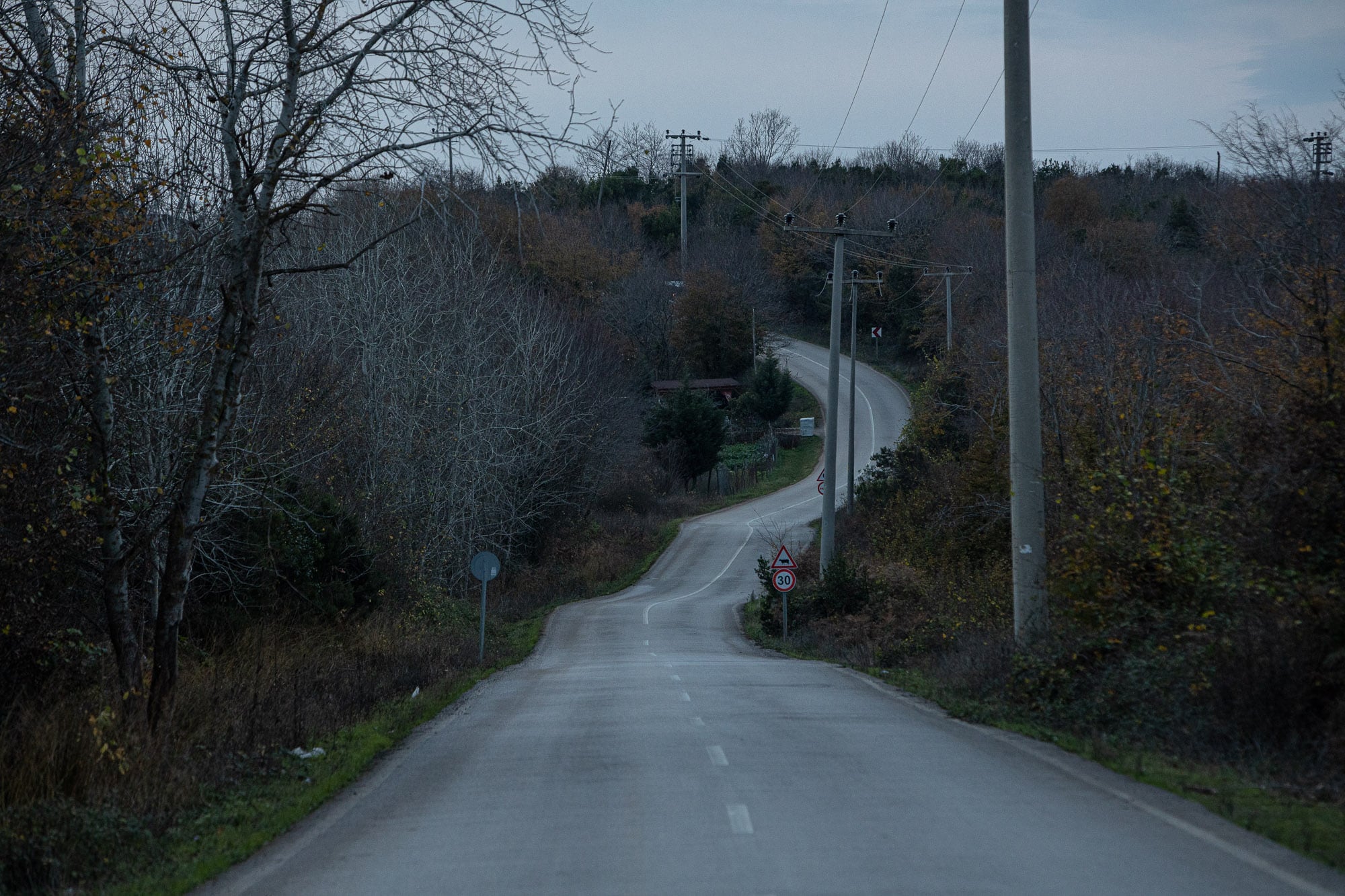 This looked idyllic at first but the guy was busy flying a drone: 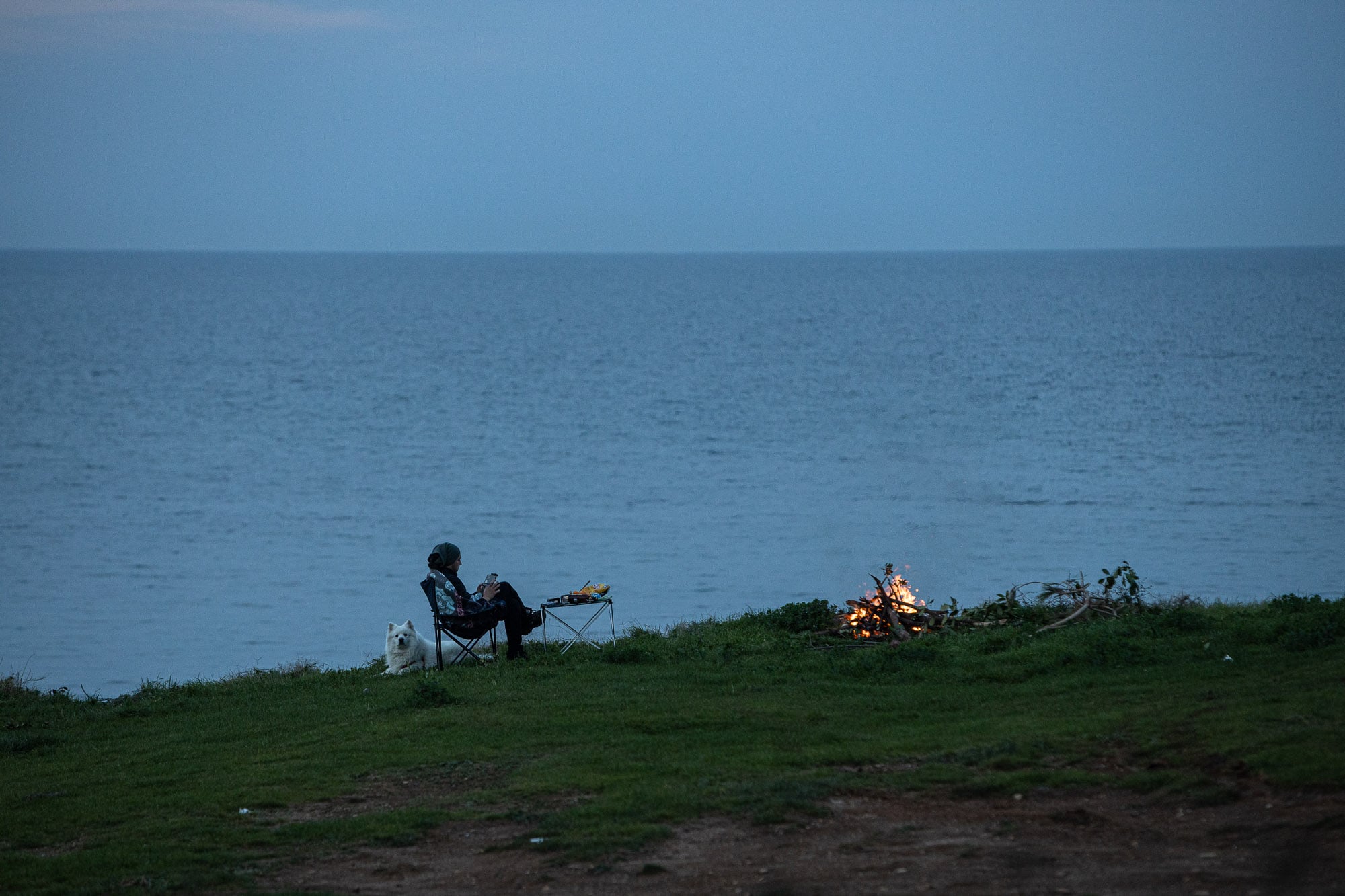 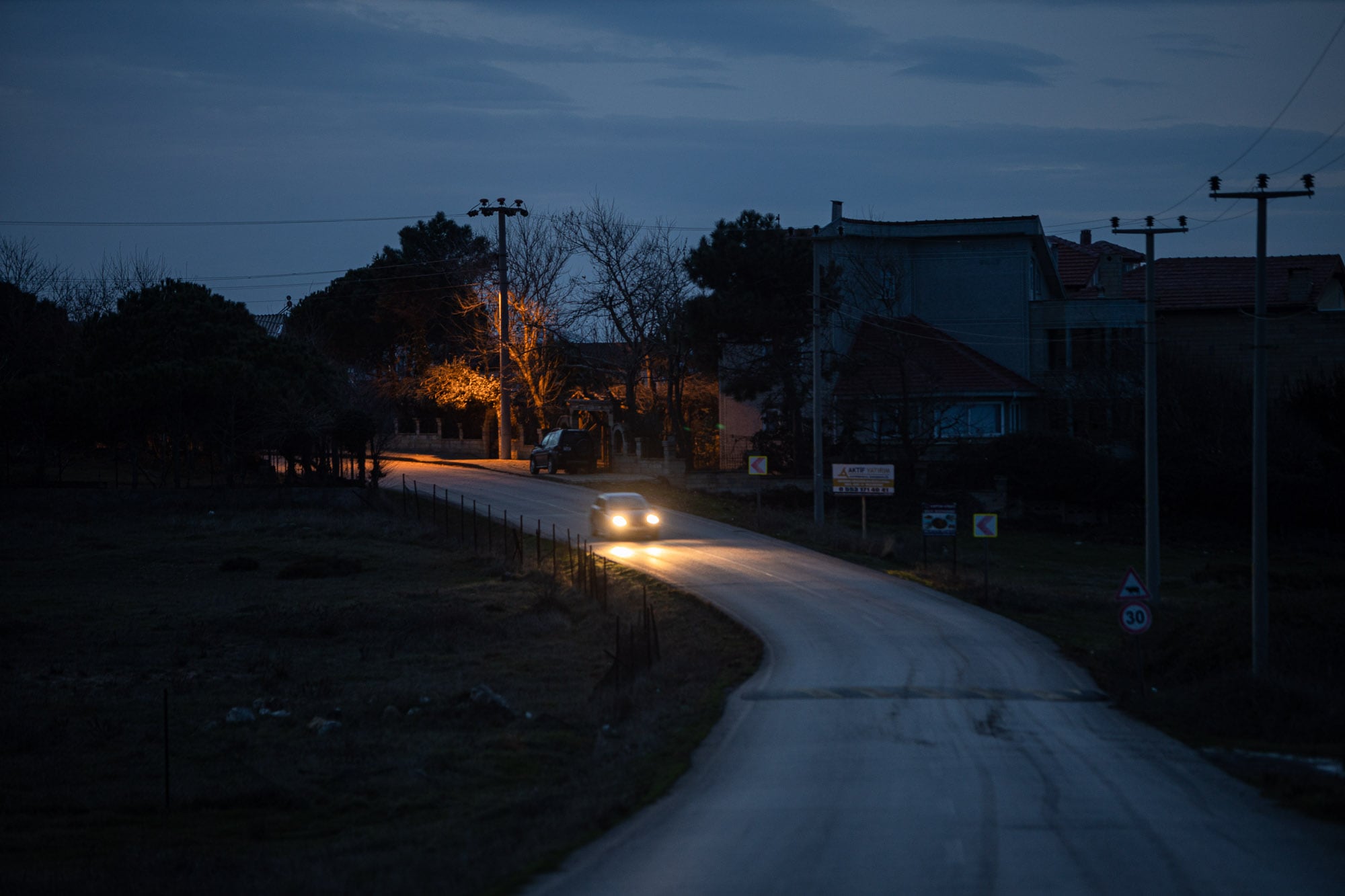 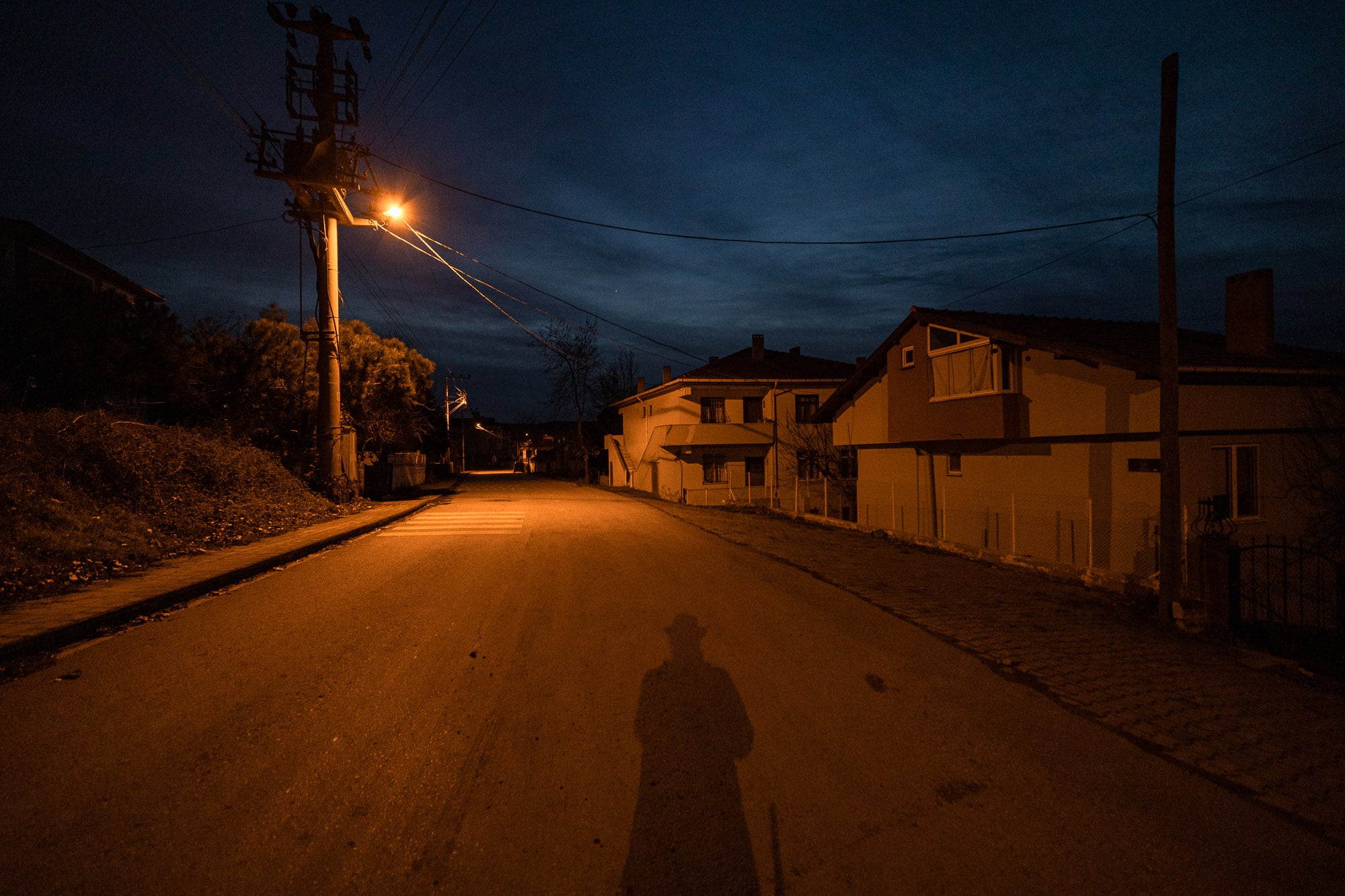 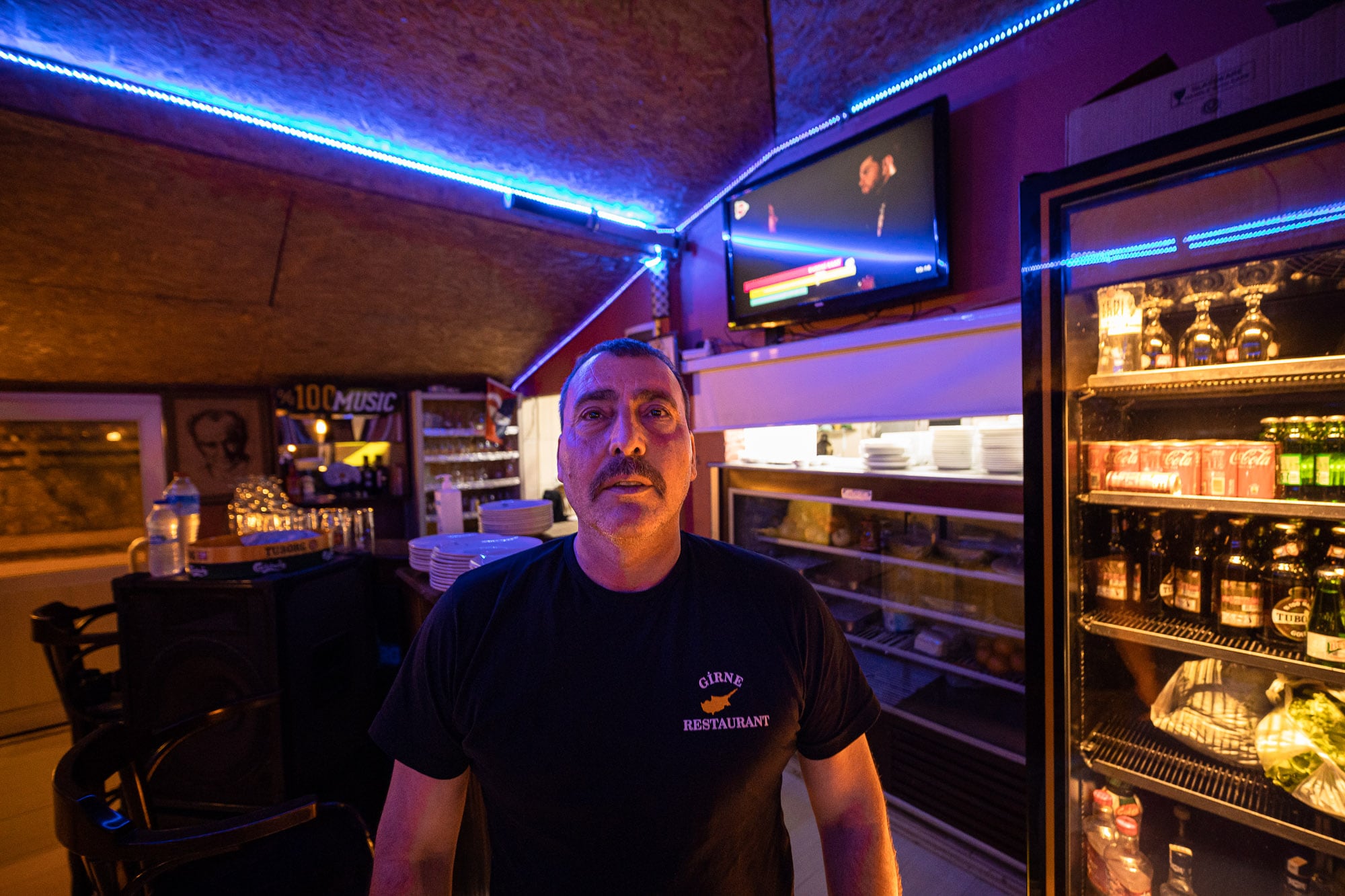 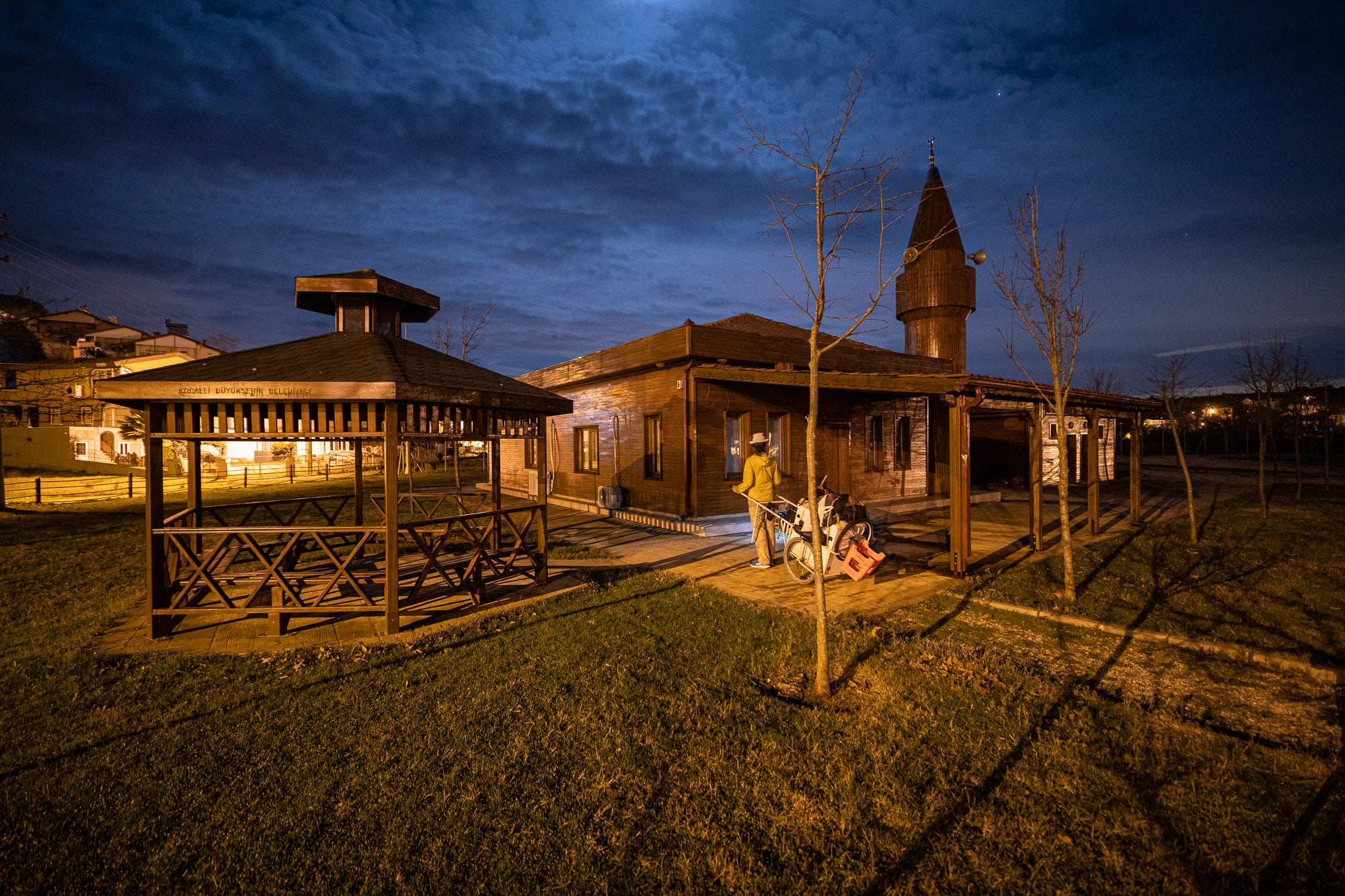 Only 2,4km until the next dance: 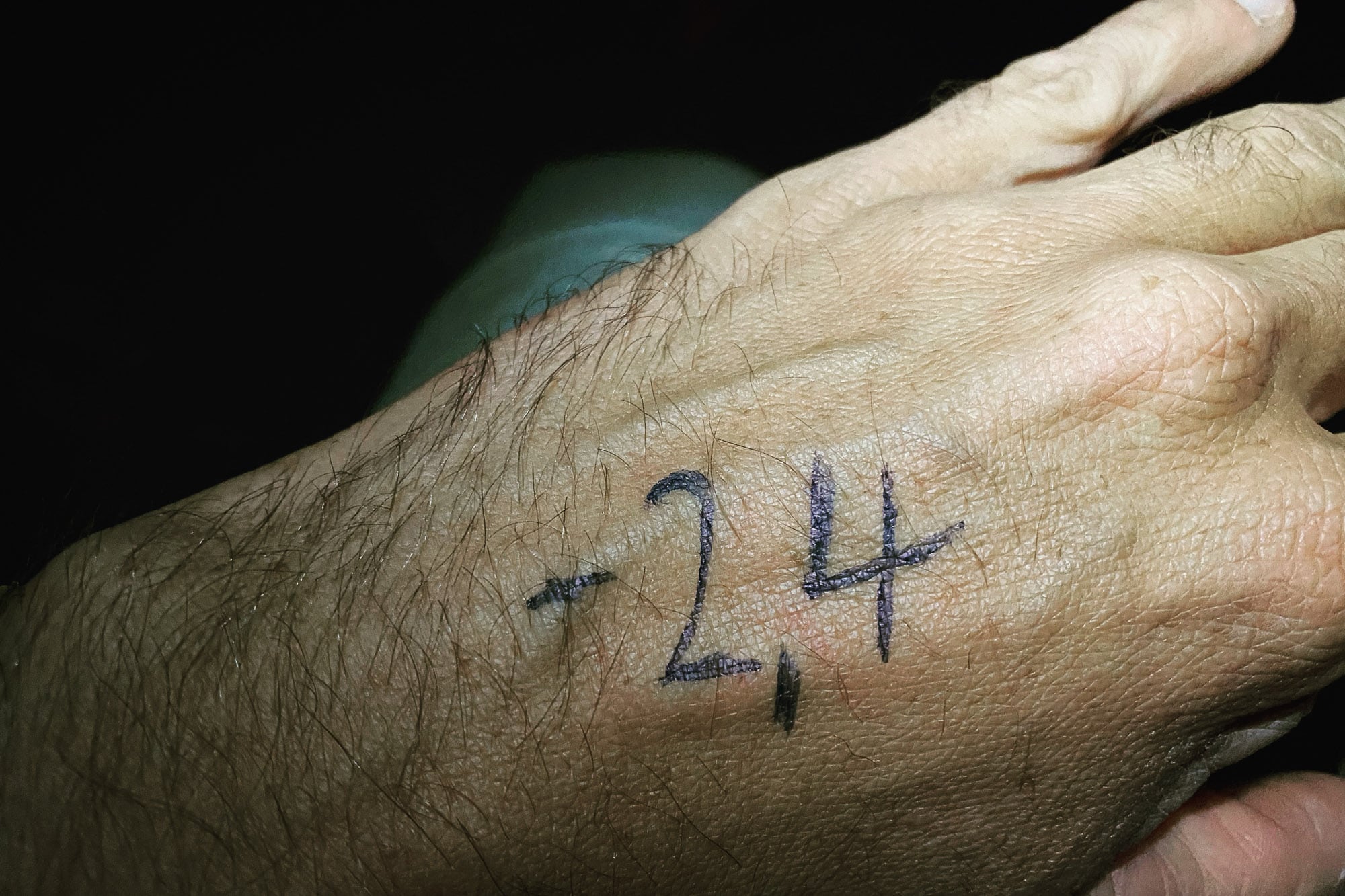