This post is about a 30km walk from Karasu to Ortaköy. I end up pitching my tent next to a mosque, and I have a guest for the night.

After a day of rest in Karasu I felt a bit better. It had stopped raining, too. So I slowly waltzed out of town, past rows and rows of empty summer houses and apartment buildings. Then came the tents.

First I thought they were for storage. But then I heard voices, and I saw children running around between the tents. Families lived there.

I wondered if they were displaced people, possibly refugees from Syria or Afghanistan. There were millions of them in Turkey, and yet I had never consciously seen how they lived.

I didn’t go down to inquire, though. I didn’t want to show up out of the blue with a bunch of questions. So I walked on, pondering the fact that most of the buildings I had been walking by were completely empty, while these people were living in makeshift tents.

back in Central Asia

The landscape changed after this. It became sandy, reminding me of the semi-deserts of Central Asia. And there was a wide trench next to the road. It was so big that it was visible on the map. There were concrete structures in it at regular intervals, making me wonder if it was the foundations of some sort of future road project.

The road and the trench were both completely straight for a while. There were little sand dunes and angry dogs, and sometimes there were ruined buildings. When I ran into Özkurt the shepherd, it felt as if I was still walking through the steppes of Kazakhstan.

back to the mosque

By nightfall the road had left the coastline and the trench, and I was in the forest. I could hear jackals laughing in the distance, but it was the wild boars that I was more worried about. So I kept walking until I reached a village. It was called Ortaköy, and of course there was a tea house next to the mosque.

I asked the patrons if I could pitch my tent anywhere, and it was decided that I should sleep right next to the mosque. I had some tea with them, and they told me that the people living in the tents near Karasu were probably not refugees, but they belonged to the Roma community.

After I had pitched my tent, I heard a sound. Then she appeared. Her eyes glowed when my flashlight hit them. She was black and white, and it became clear that she wanted some of that bread that I was carrying with me. So we ate some bread. Then she decided it was time to sit on my lap. So we sat there for a while.

When I started feeling cold and got ready to retreat into the tent, she decided that she, too, was feeling cold, and that it would be better if she, too, was in the tent. And so I left the tent door flap open, and there she was.

I didn’t know it yet, but she was the imam’s cat. 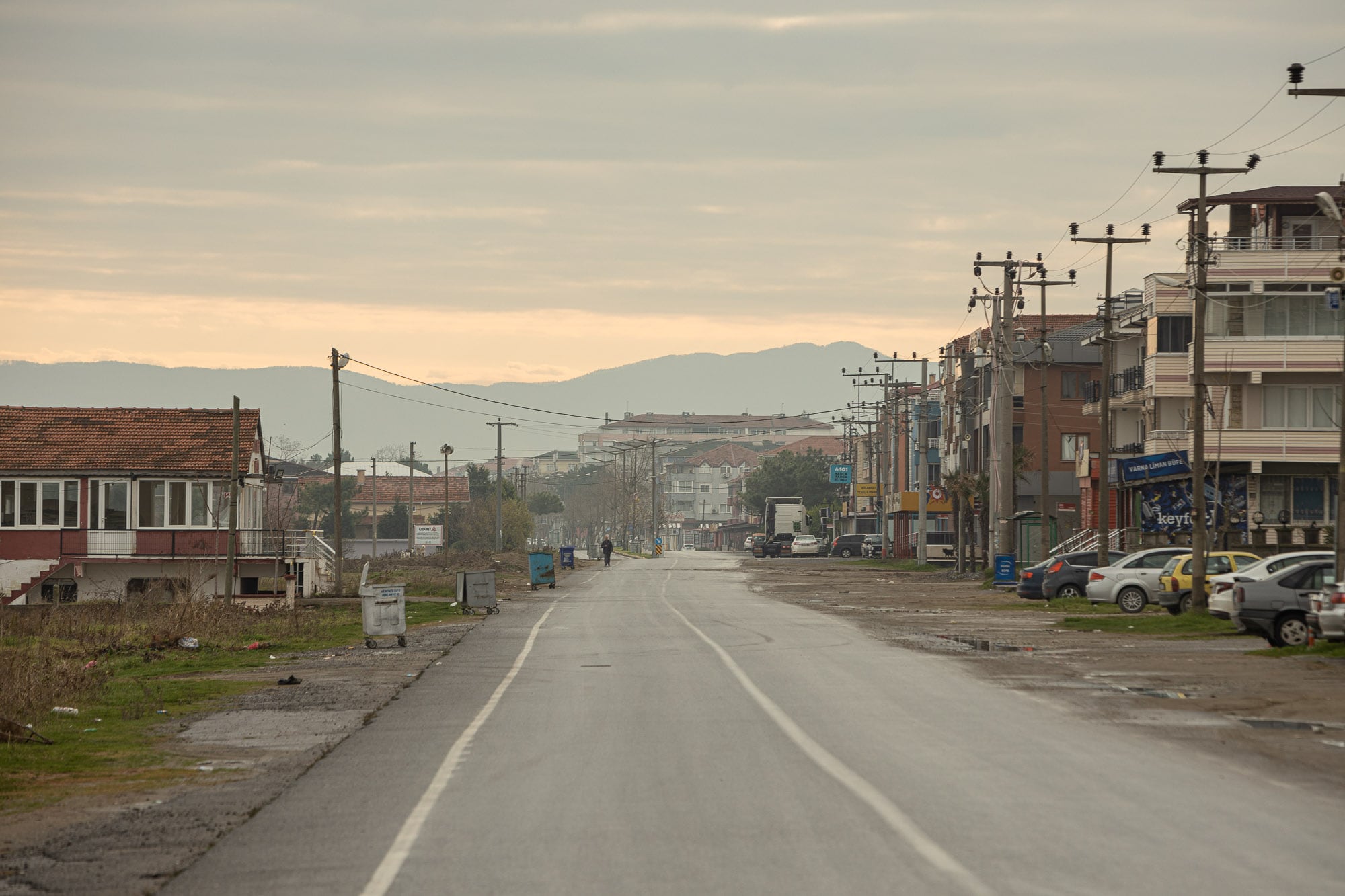 Tent settlement on the outskirts of Karasu: 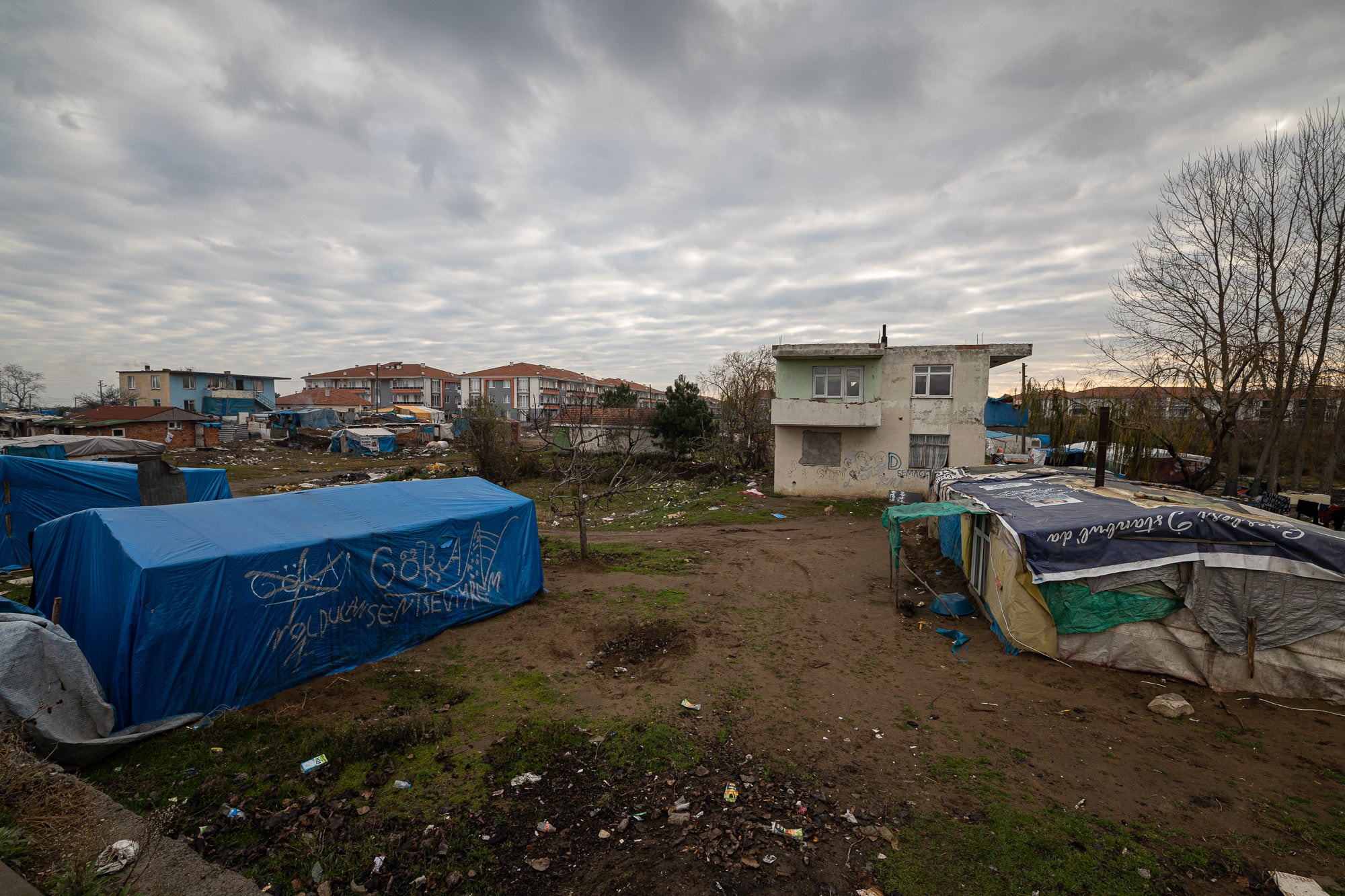 Children playing next to the tent settlement: 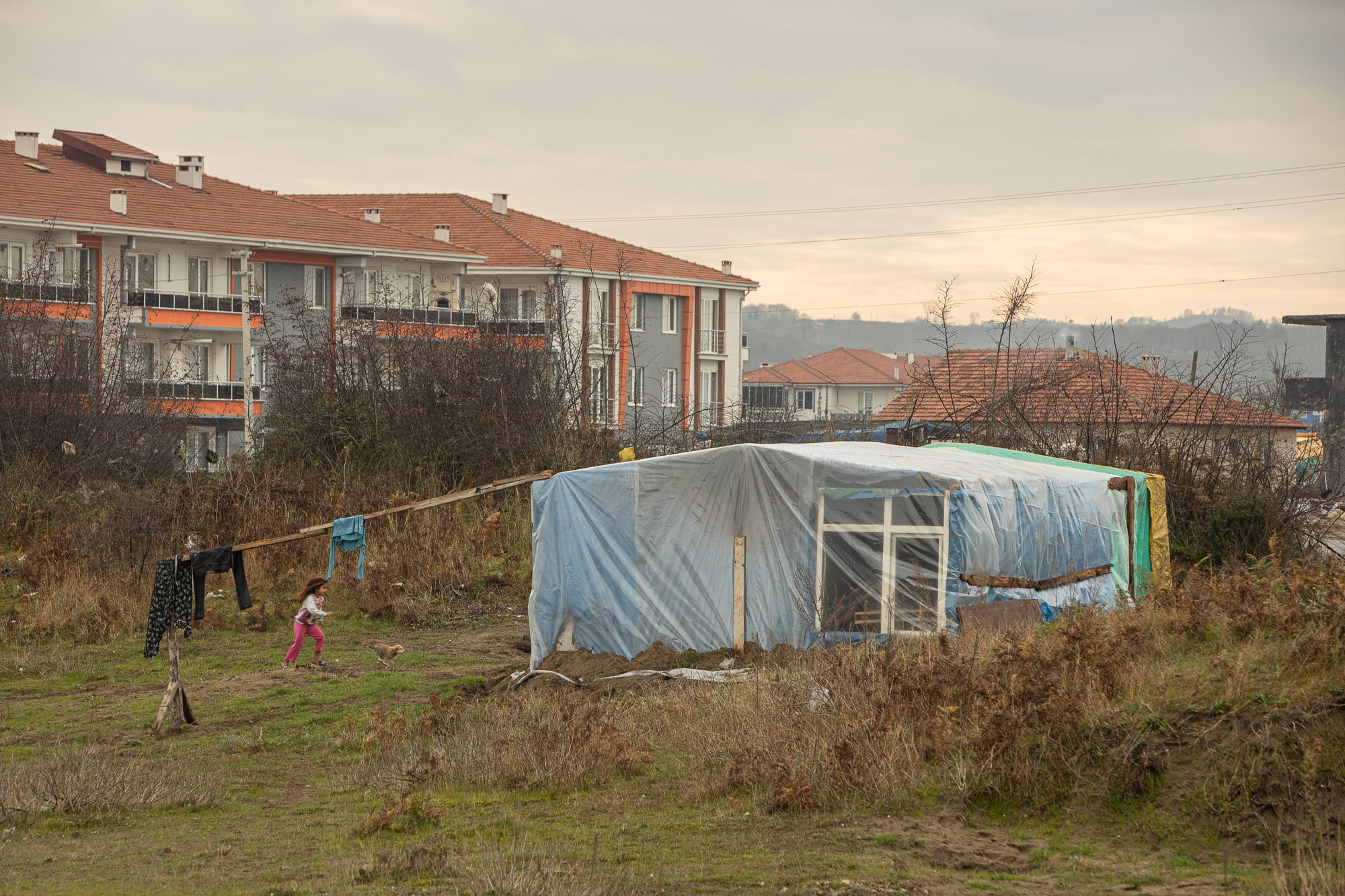 Angry dog on the walk from Karasu to Ortaköy: 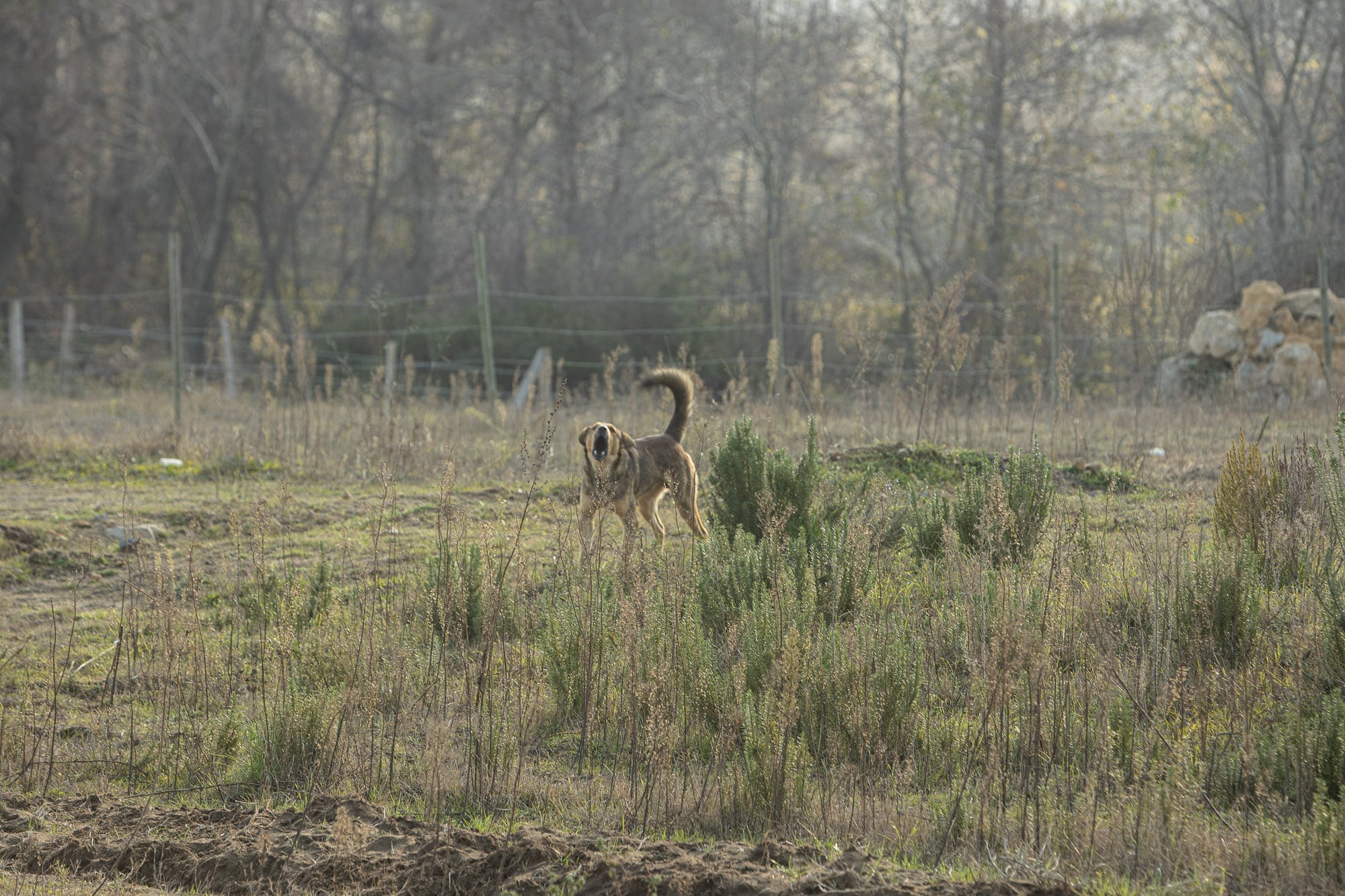 The trench next to the road: 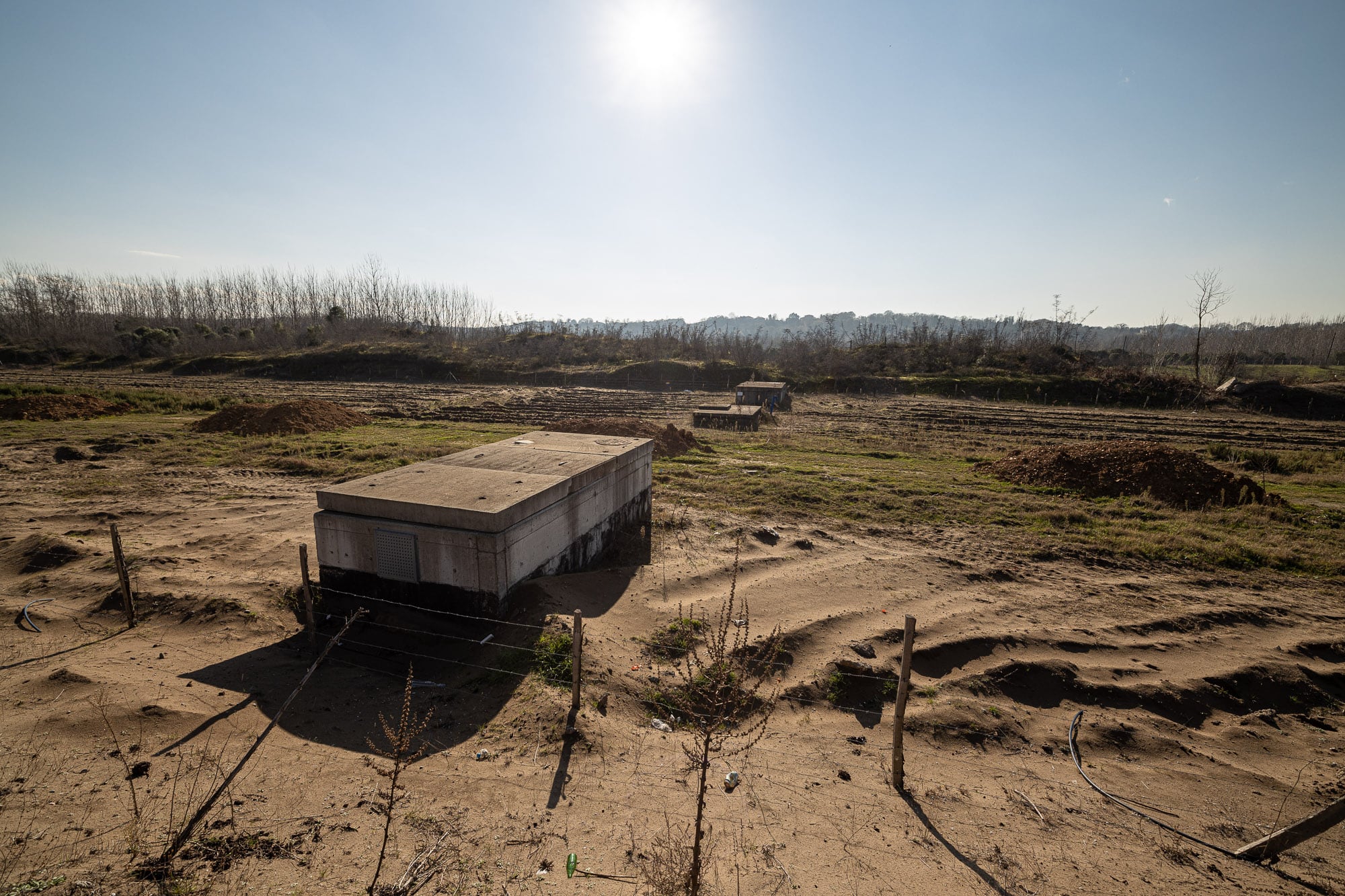 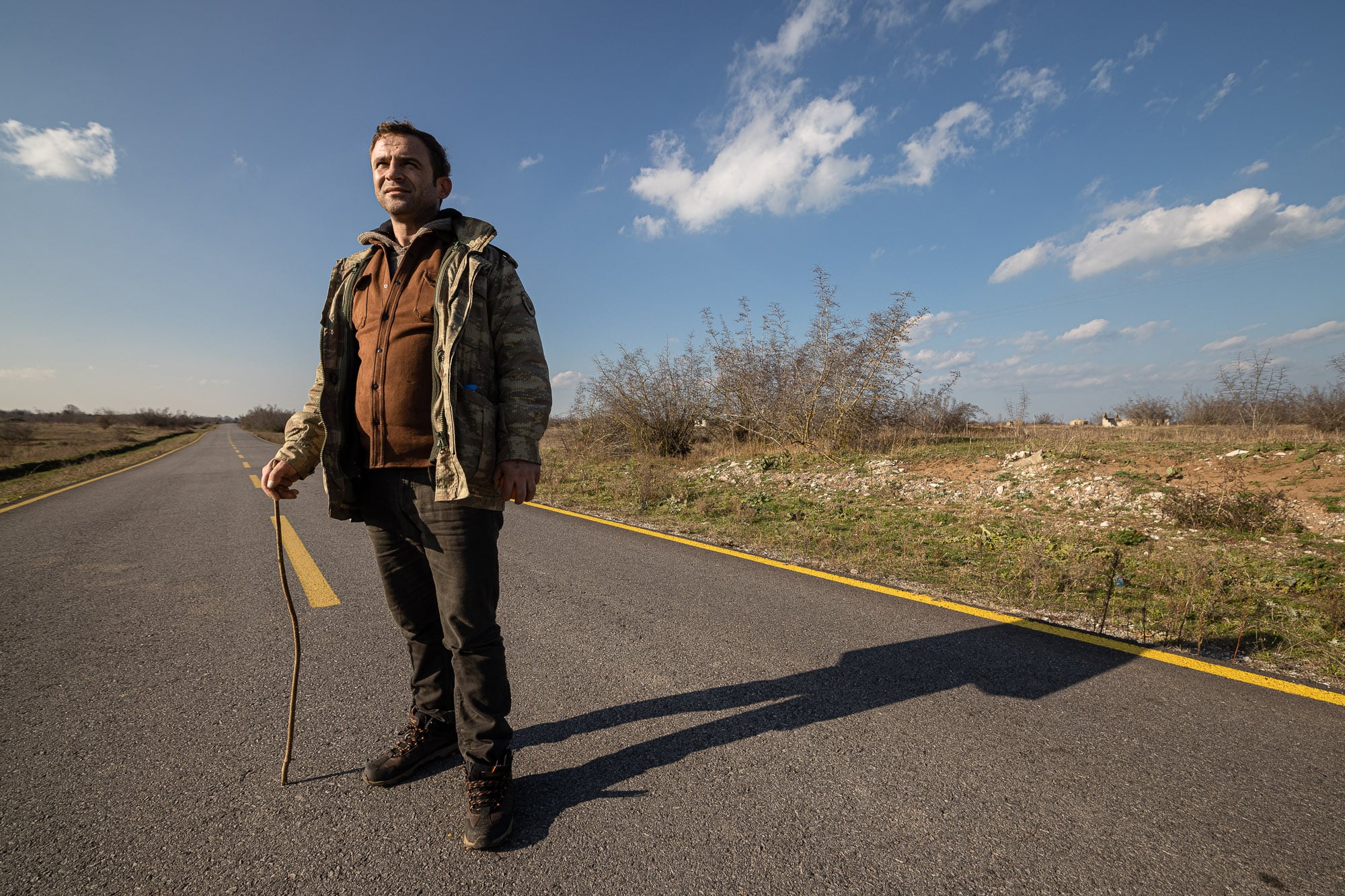 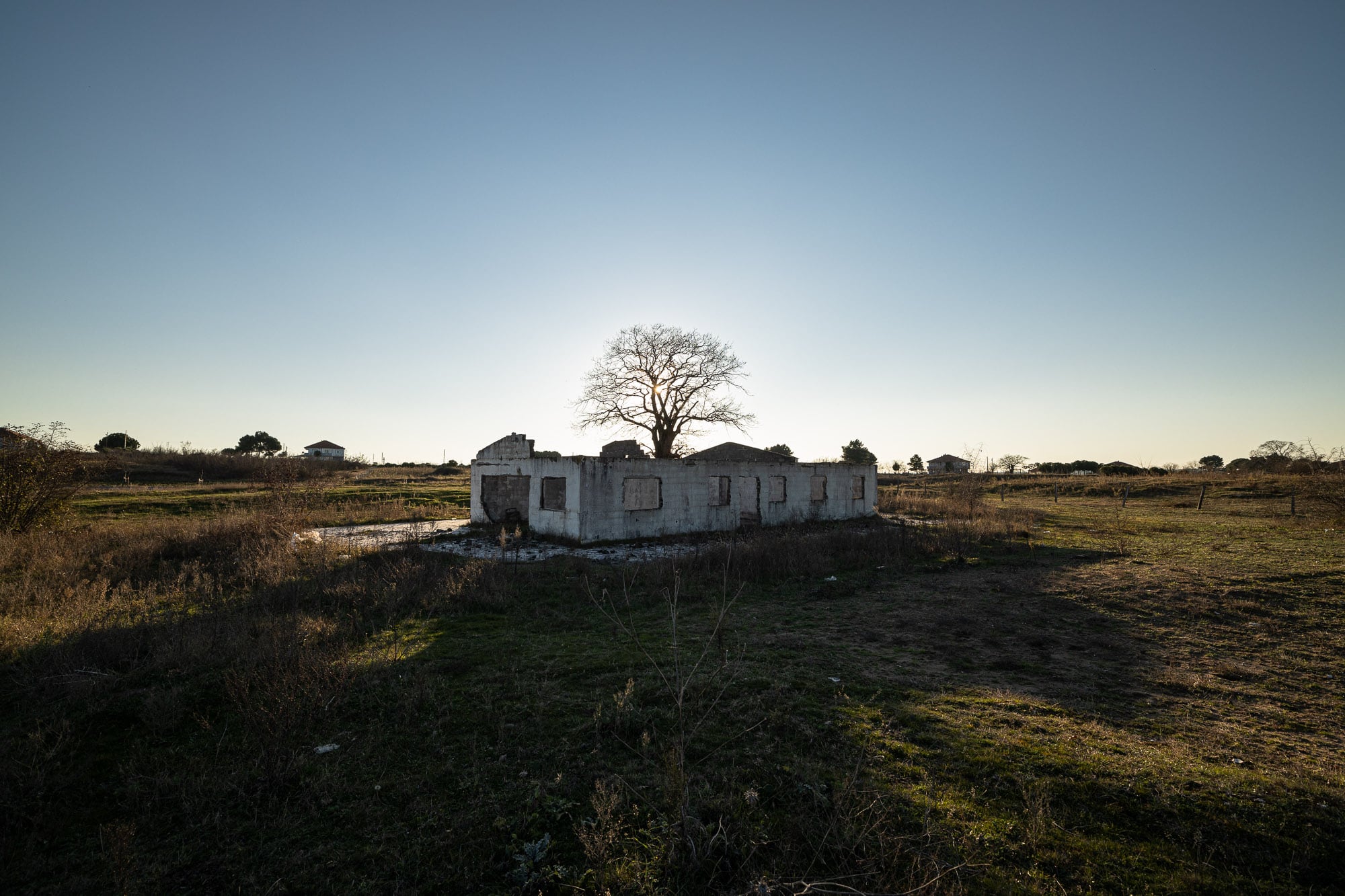 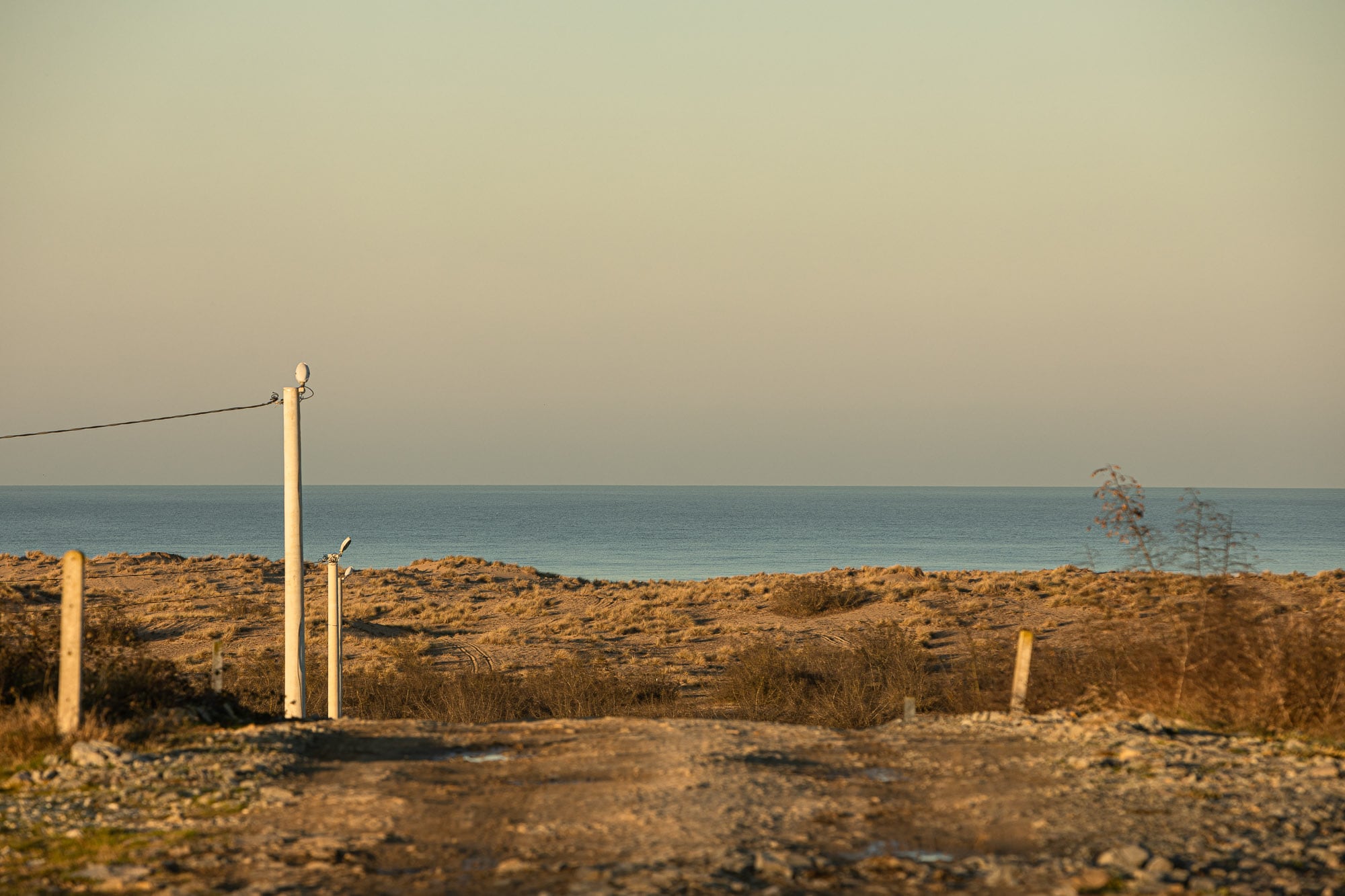 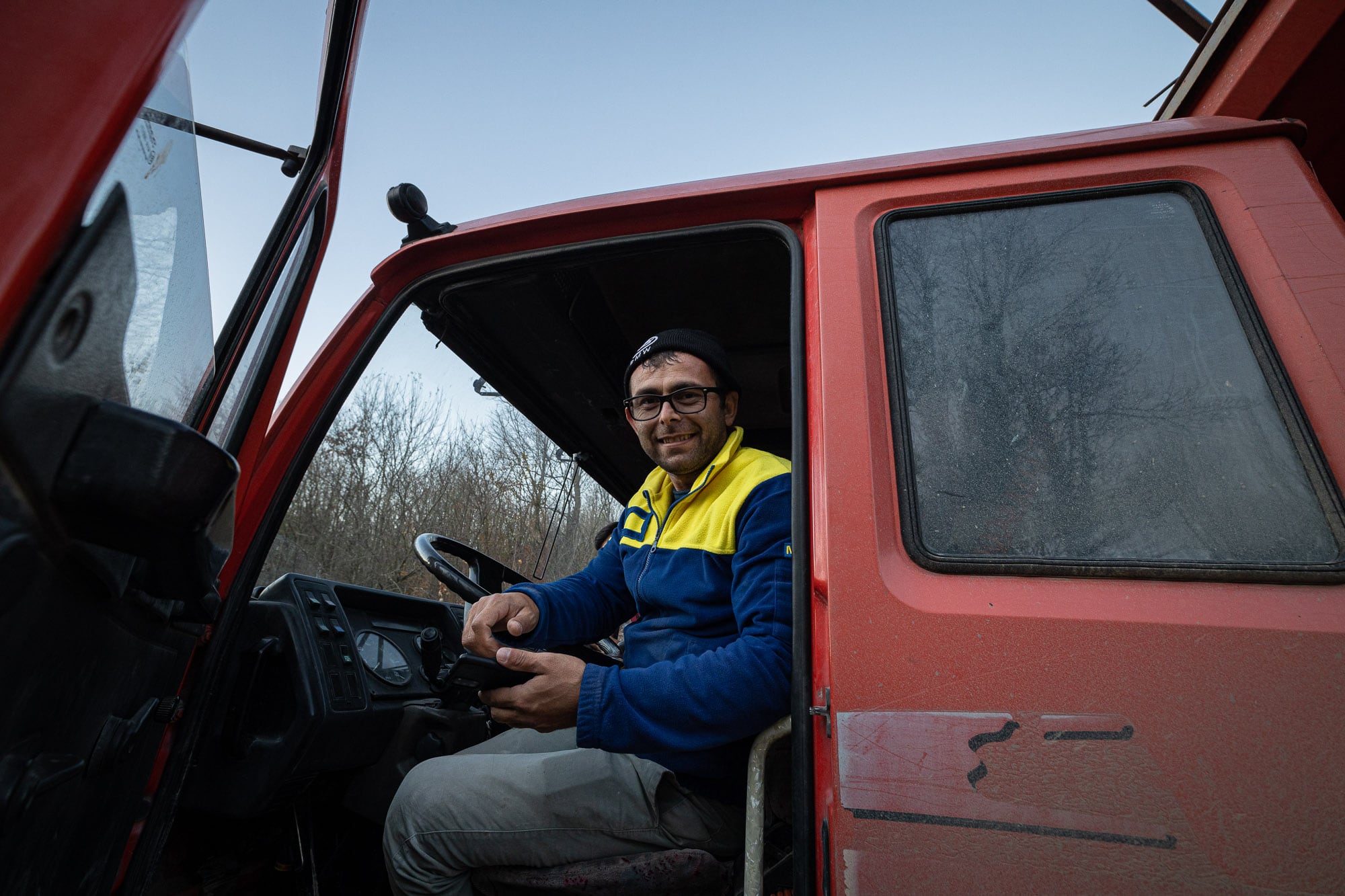 The road to walk from Karasu to Ortaköy (as it leads through the forest): 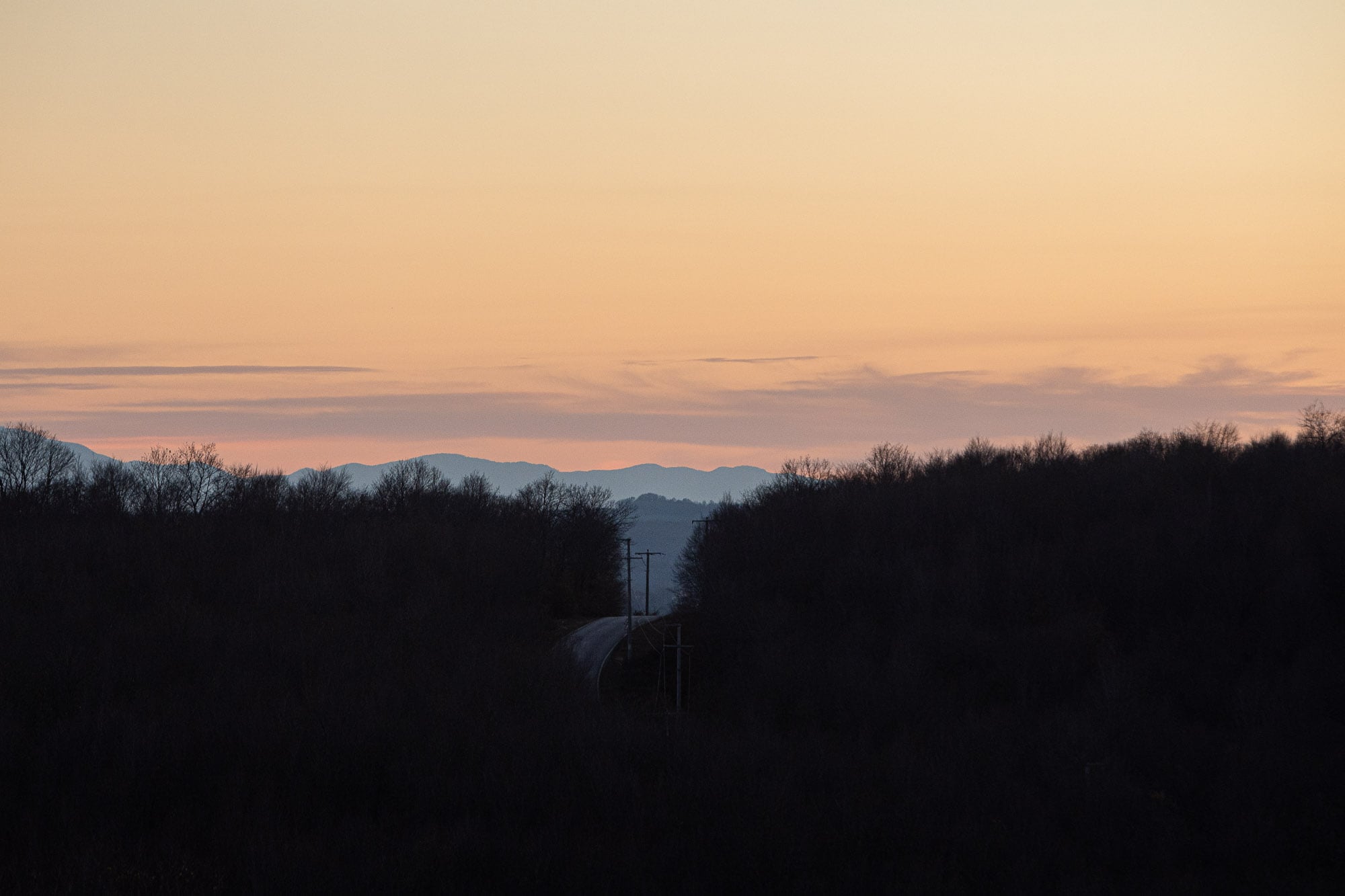 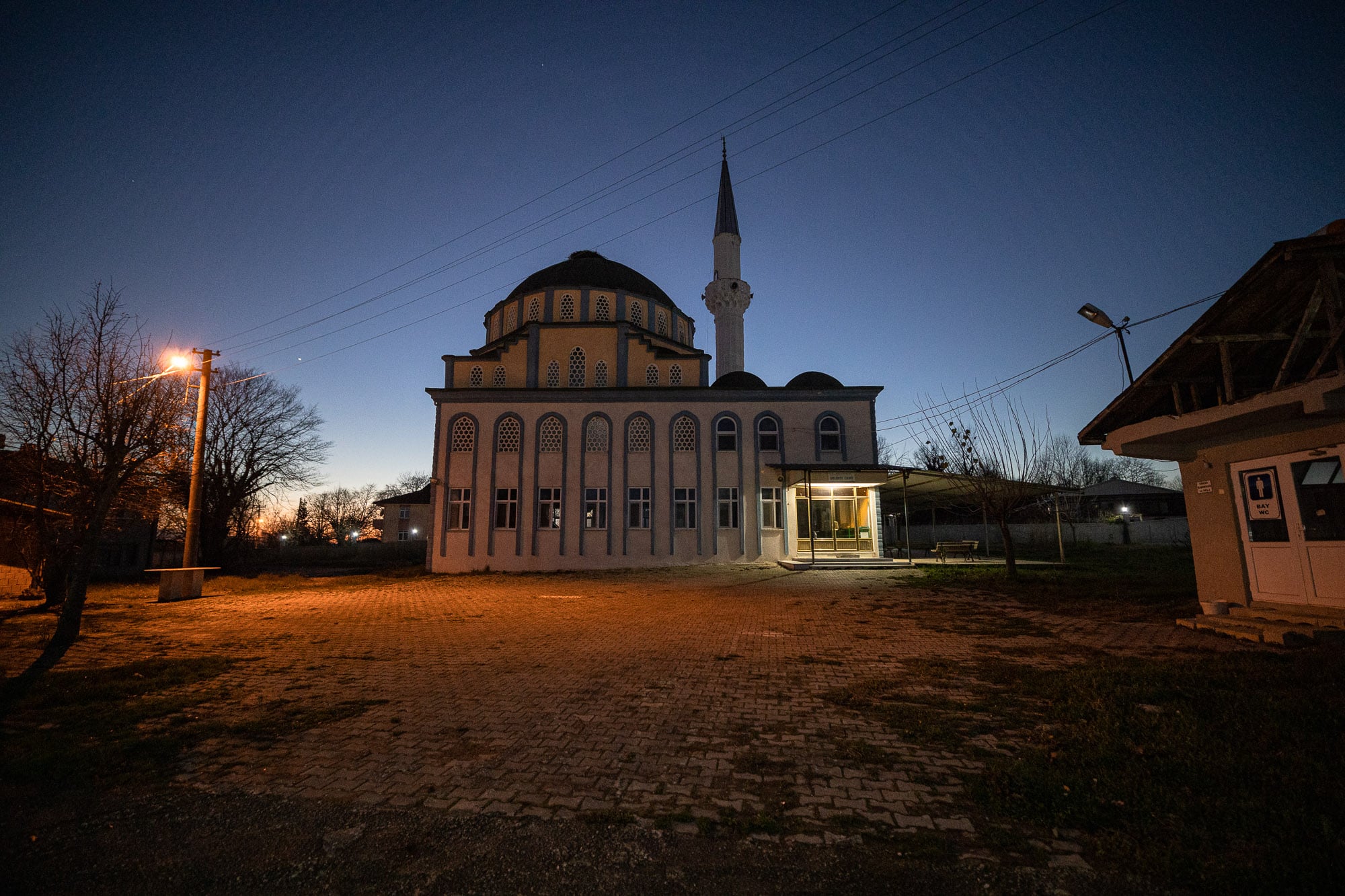 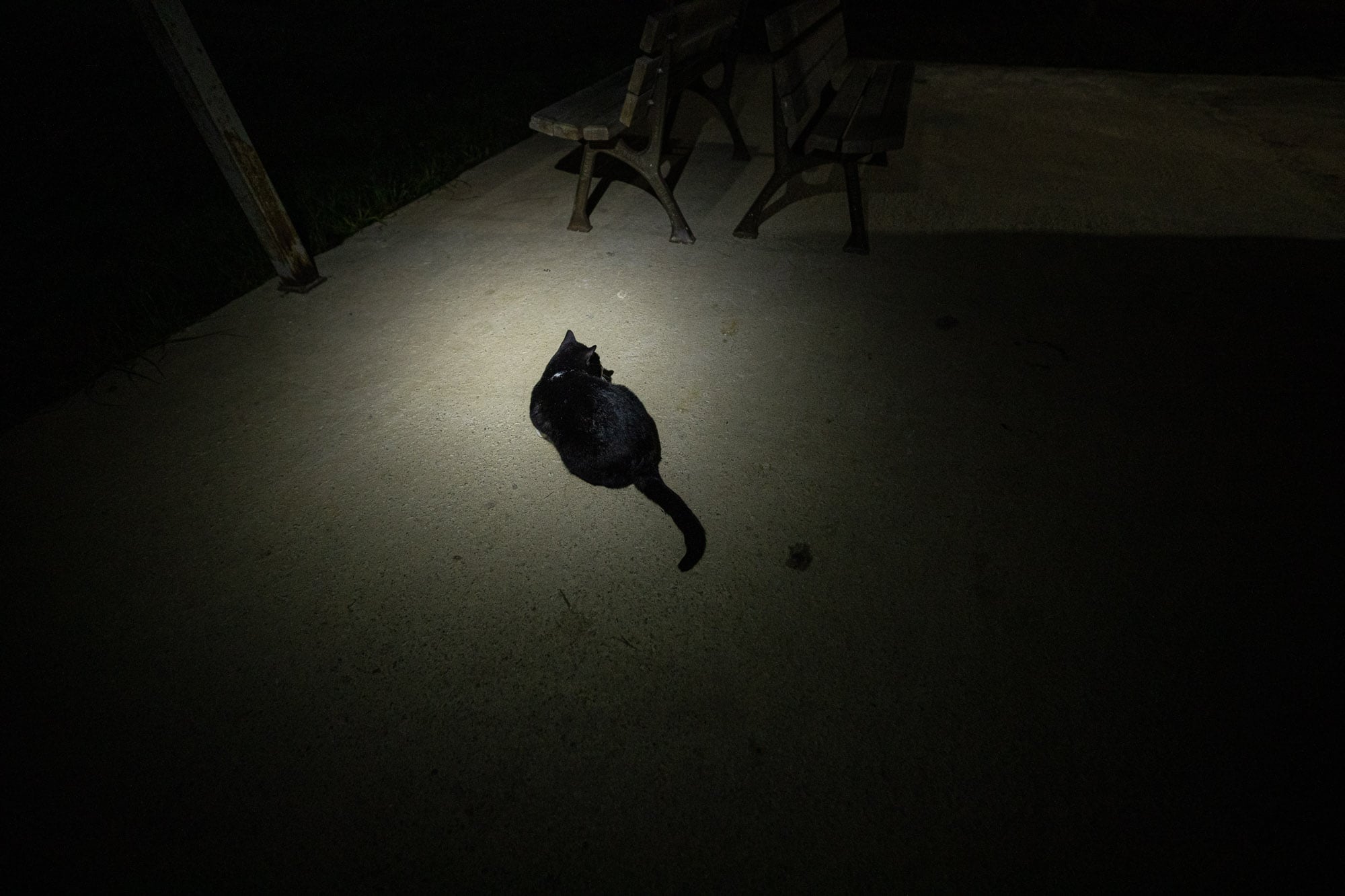 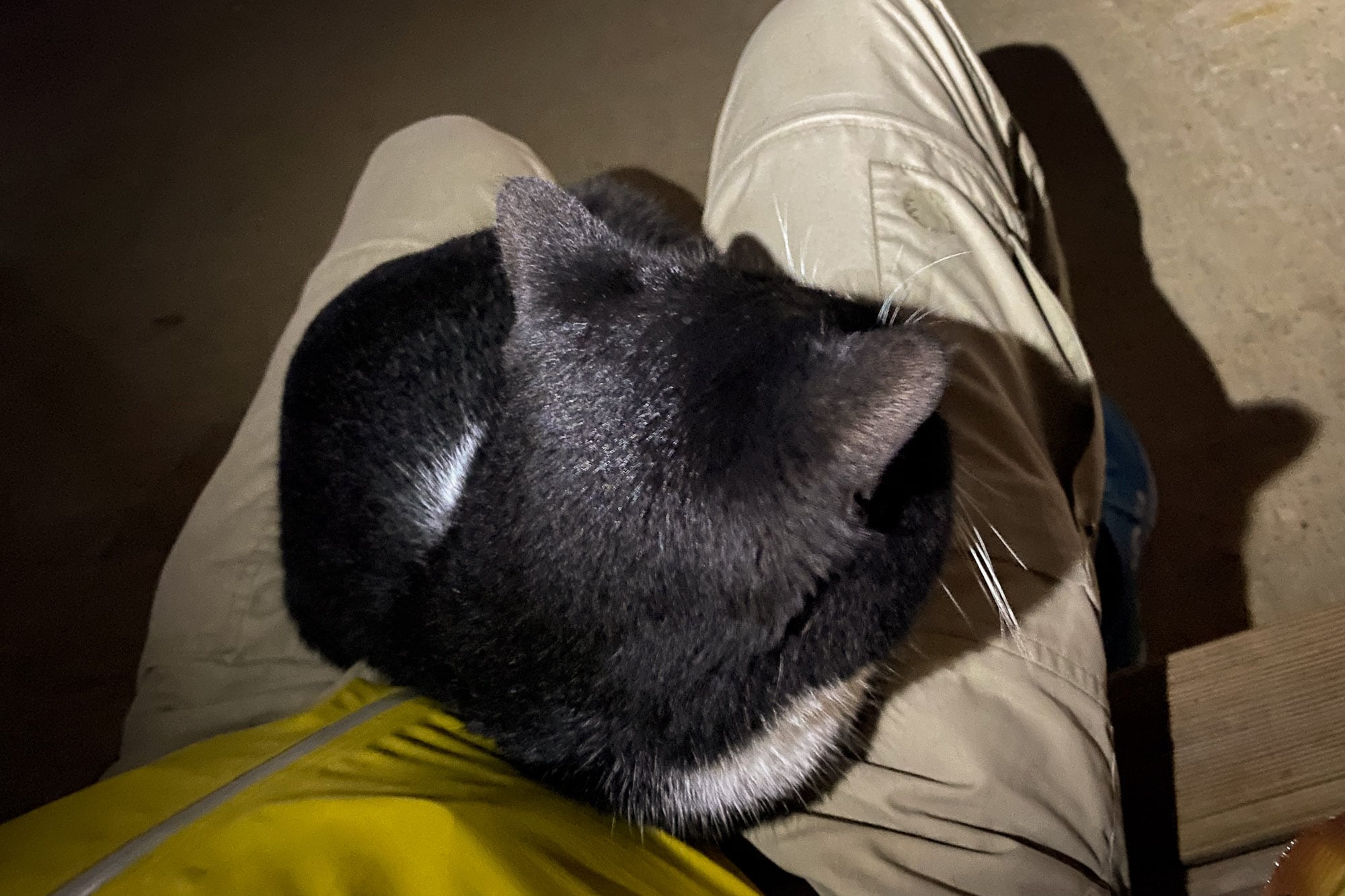 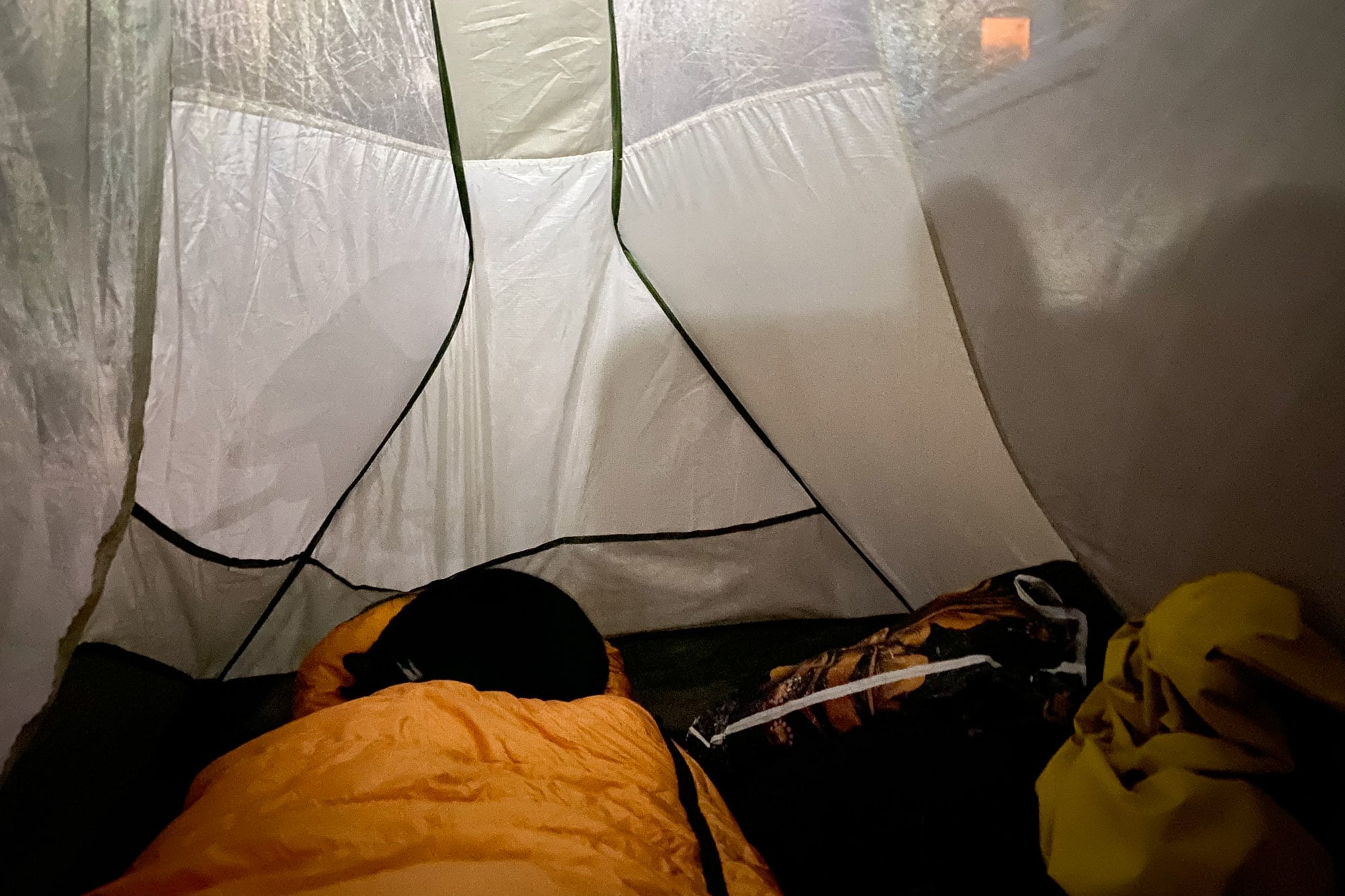 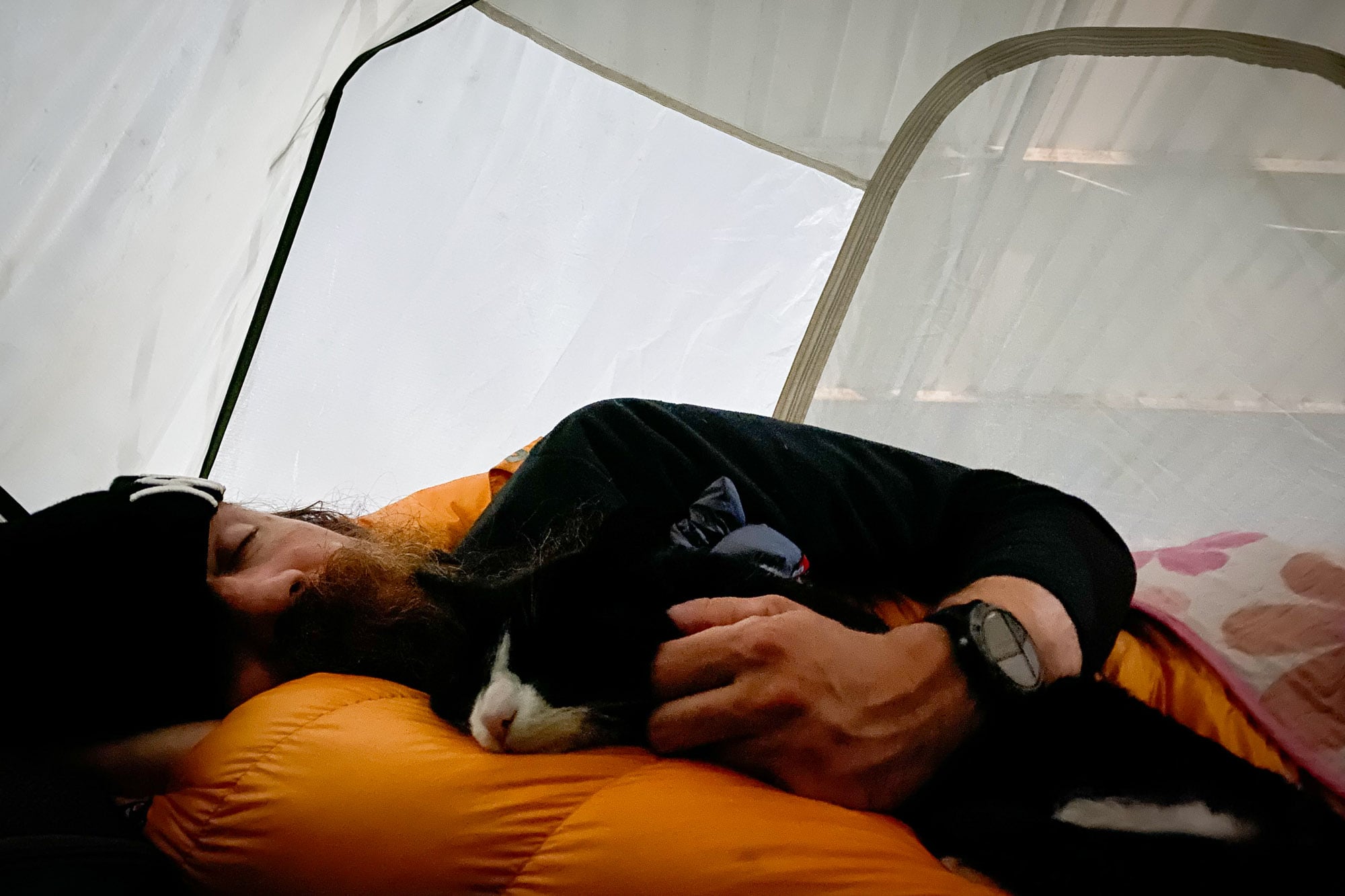 Day 490
from Karasu to Ortaköy