This post is about a 23km walk from the Orlat Monastery to Sibiu. The Caboose gets into her second traffic accident.

In the morning I went to the chapel and lit a few candles. And then I did something I rarely ever do: I got myself some souvenirs. I didn’t have a fridge magnet of the Hagia Sofia, but I wanted to have one of the Orlat Monastery.

Sister Anastasia appeared and said she wanted to give me breakfast. The nuns were fasting, she explained, so it would be a rather simple meal. She gave me bread and vegetarian bread spread, a preserving jar full of berries and some other things. It was great.

I walked along a quiet country road for a while. Ran into a man from Spain who had cycled here a few years ago and decided to buy a plot of land and turn it into an organic farm. Saw a few massive stork nests. Ate my breakfast in the shade of some trees. Got surprised by a small rainstorm. Walked through some villages. Had a traffic accident. Yes, you read that right.

The road had gotten a lot busier at this point, and people were driving a lot faster. As was so often the case in Romania, the lanes were narrow and there was no curb, no shoulder, no emergency lane to walk on. It was just the road and the ditch next to it.

It happened in a turn.

I was walking on the left side of the road, so as to be able to see the oncoming traffic. A bunch of cars sped by. Then a tiny red car came in my direction. The driver slowed down but didn’t come to a full stop. Instead she tried to squeeze past me and the Caboose at a very slow speed. Only it didn’t work out the way she wanted. She hit the Caboose and sent her tumbling down into the ditch.

could have been worse

“What the fuck are you doing?” I yelled at her as she got out of the car. She apologized and explained that she was a new driver and that she had panicked because of the incoming traffic. I checked on the Caboose, and when I had made sure that nothing was seriously damaged, I used the spare wheel to mark the accident site and pulled her out of the ditch.

The lady kept apologizing until I said it was fine. Then she asked if she could leave, and I figured that there was really no point in keeping her around.

I walked the rest of the way to Sibiu on shaky legs. There was no serious damage, but I felt shocked anyway. Hadn’t the Caboose and I been blessed just the day before? It reminded me of our last accident five years earlier in Uzbekistan, when I had had the Caboose repaired and improved the day before.

Were we cursed somehow?

But then this time nothing too bad had happened, I thought. Thank god the driver had been so slow. Thank. God. And then I understood.

We had indeed been blessed.

walk from the Orlat Monastery to Sibiu: 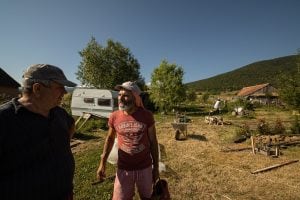 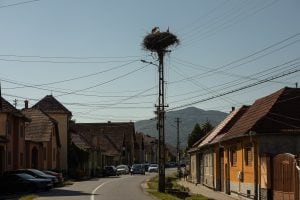 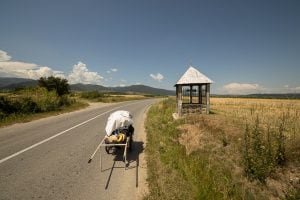 Caboose on the way from Orlat to Sibiu 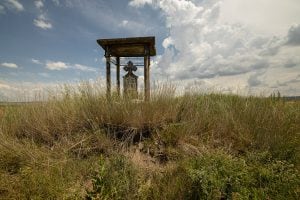 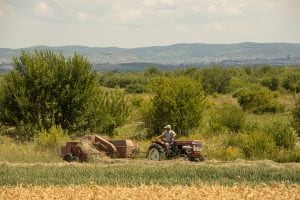 farmer bringing in the harvest 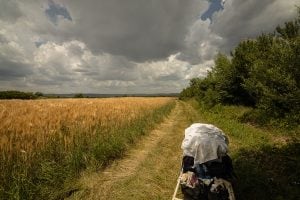 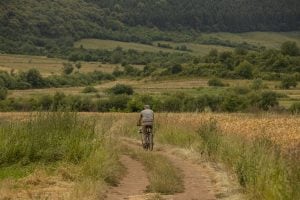 man on bicycle near Sibiu 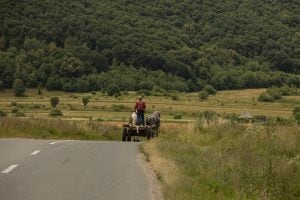 man on horse carriage near Sibiu 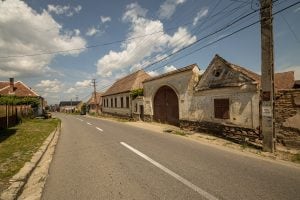 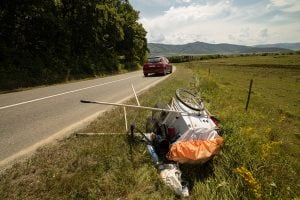 the Caboose in her second accident 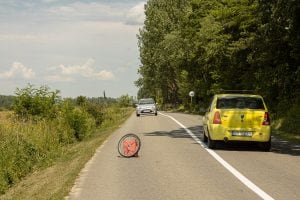 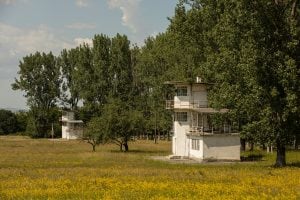 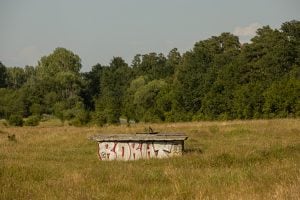 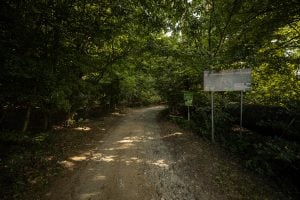 the road has a bicycle lane 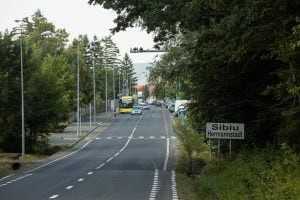 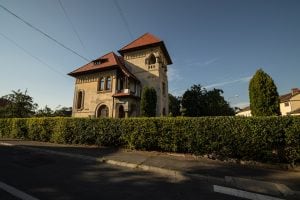 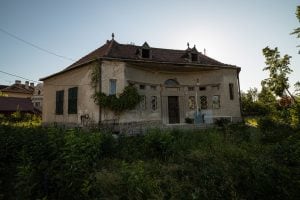 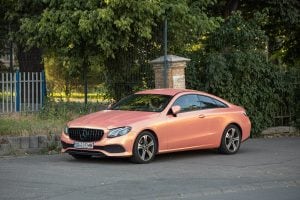 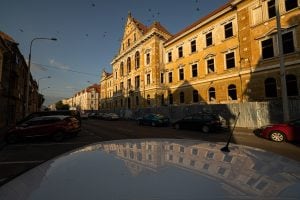 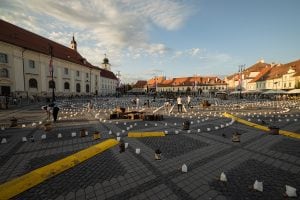 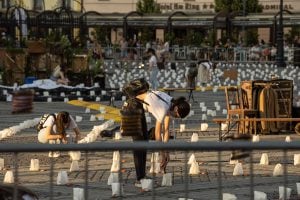 Day 574
from Orlat Monastery to Sibiu