This post is about a 21km walk from Rod to the Orlat Monastery. I get lost in a forest and end up pitching my tent in a nun convent.

I had slept well in the meadow. When I woke up it took a while to dry my things in the morning sun, and since there was nobody around I got naked and took a sunbath. Then I started walking. I decided not to go back to the road. Instead I kept to the dirt path that had led me to the meadow.

At some point I ran into a man and two women. They were plowing a field with their horse. It was a very small field and a very healthy-looking horse, and they looked well-dressed and content. I wondered if this was more of a hobby to them.

They pointed me toward an enclosure. I opened it and went in, but I didn’t see any animals, only the tracks that their hooves had left in the grass. A few minutes later I arrived at another enclosure. Then I was back on the village road.

Maybe the night in the meadow had made me cocky. Or I was just tired of seeing and hearing cars. Anyway I left the road again after a while, and I followed a dirt path until it lost itself in some fields. It was one of those moments where I knew that turning around would have been the wise thing to do. And yet I couldn’t. I had already come this far. The grass looked a bit more yellow over there, that had to be the way!

It reminded me of a walking day more than 10,000km earlier, somewhere in the East of China. That day I had gotten lost in the mountains and ended up in a tunnel. This time my search for the way took me into a forest.

It was very quiet and very beautiful in the forest. There was a path that led through it, and I followed it until it came out on the other side. There was a farm that had a bunch of chickens, a horse, and some bunnies that hopped around, quietly nibbling on the grass.

I arrived at a gate with a cross after this. Behind it lay the Holy Trinity Monastery of Orlat. It was a nun convent, but I went in anyway to ask if I could pitch my tent somewhere on the premises.

Much to my surprise, the nuns said yes, of course. I could pitch my tent next to the chapel in the center, and they showed me the fresh water fountain and the toilet.

Then a group of people drove three cars in front of the chapel. They opened all the doors and windows, the trunks and the hoods. Then they cleaned their cars a little bit, and then an old priest came out of the chapel, spoke a prayer, and sprinkled holy water on the drivers and their cars.

I wasn’t Orthodox, I said, but could I, too, maybe get a blessing for the Caboose?

walk from Rod to the Orlat Monastery: 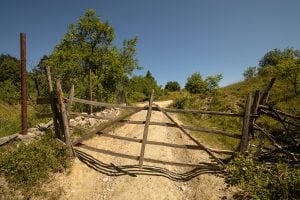 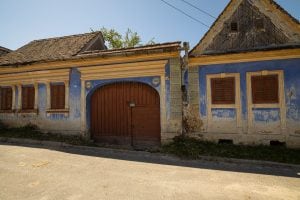 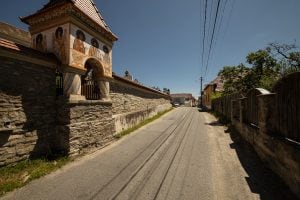 the road to walk from Rod to Orlat 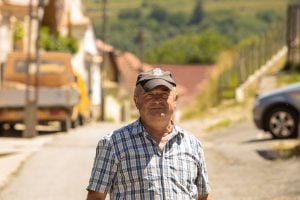 this gentleman showed me the way 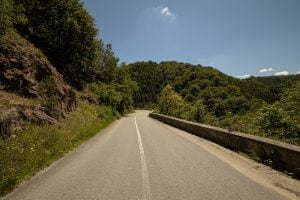 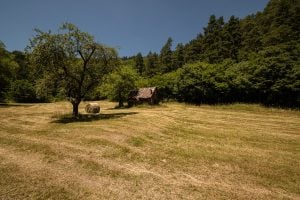 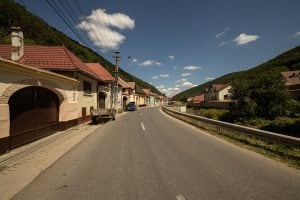 a village near Sibiu 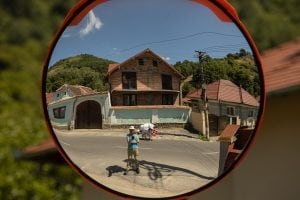 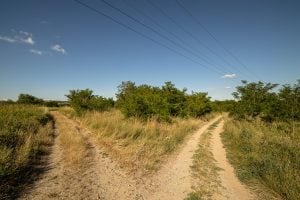 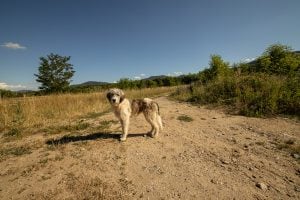 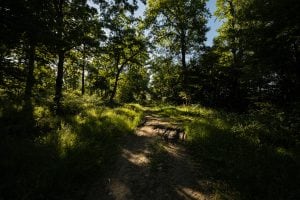 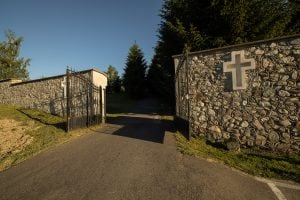 gate of the Orlat Monastery 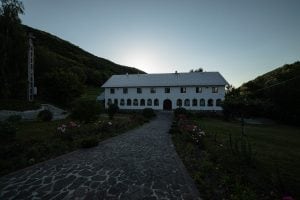 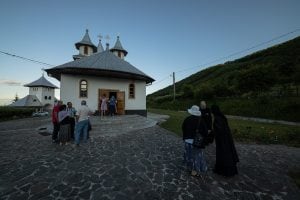 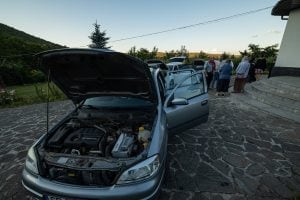 the blessing of the cars 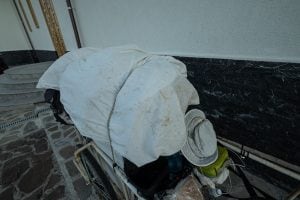 the blessing of the Caboose 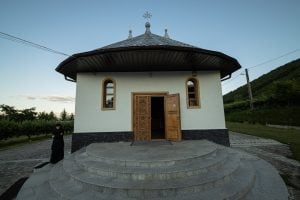 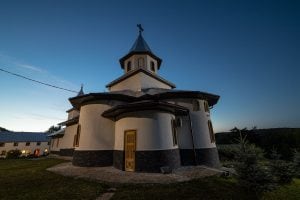 Day 573
from Rod to Orlat Monastery