This post is about a 20km walk from Turcinești to Mușetești. I take a shortcut through some water and sleep in an adventure park.

Having slept during much of the afternoon of the day before and during the night, I felt better this morning. And so I packed my stuff and started walking again. There was a shortcut via a dirt road that I wanted to take.

The shortcut was fine at first, until then it led me to a place where it was crossed by a little stream of water. I had encountered this kind of situation before, sometimes in China, sometimes in Iran, and sometimes in Serbia. And so I took off my shoes and my socks and pulled the Caboose through the water, hoping that I wouldn’t step on anything bad.

Then I came through an area that looked like some sort of post-industrial wasteland. There was a bridge across the Jiu river and behind it an open space full of ruins. I saw a crane towering over the carcass of some enormous concrete structure. Everything was quiet, and the sun beat down from the sky.

I was happy when I crossed the main road at some point. It was the one that went from Târgu Jiu through the mountains in the north, and it was just as bad as I thought it would be: narrow and busy and full of insane drivers. Another shit show. Taking the village roads had been the right decision.

Then the weather changed. It did so all the time in this region, maybe because of the mountains. The clouds grew darker and darker, and I hid in a pavilion that covered a well for a while. I looked at the weather forecast and at the map, and then I called the owner of an adventure park in the area and asked them if I could pitch my tent on their premises. 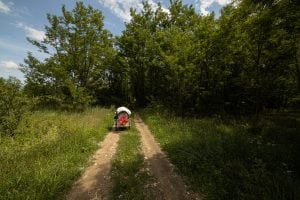 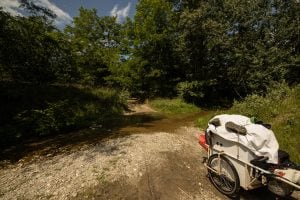 water on the path 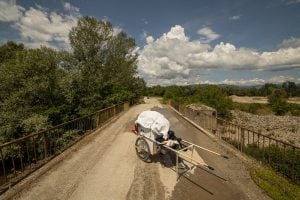 bridge over the Jiu river 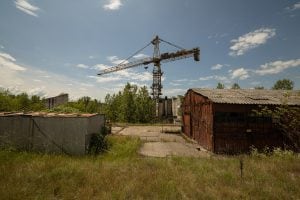 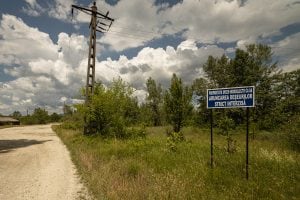 maybe they’re building a dam here or something 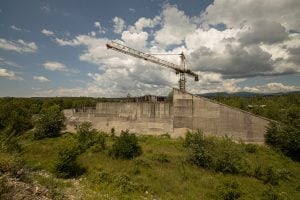 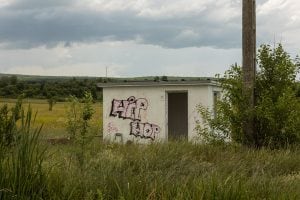 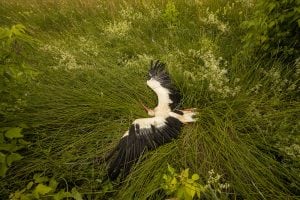 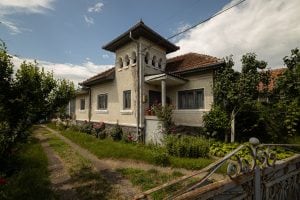 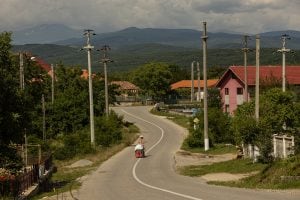 walking towards the Carpathian mountains 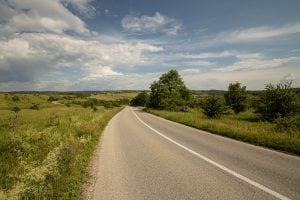 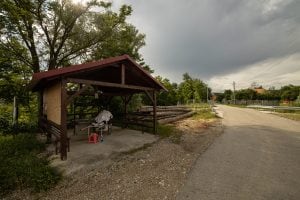 hiding from the rain 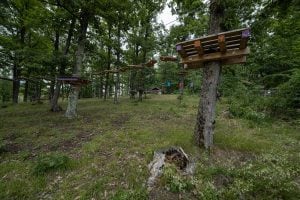