When I woke up I sighed, because I knew I had to go back to the noise and the confusion of the highway: 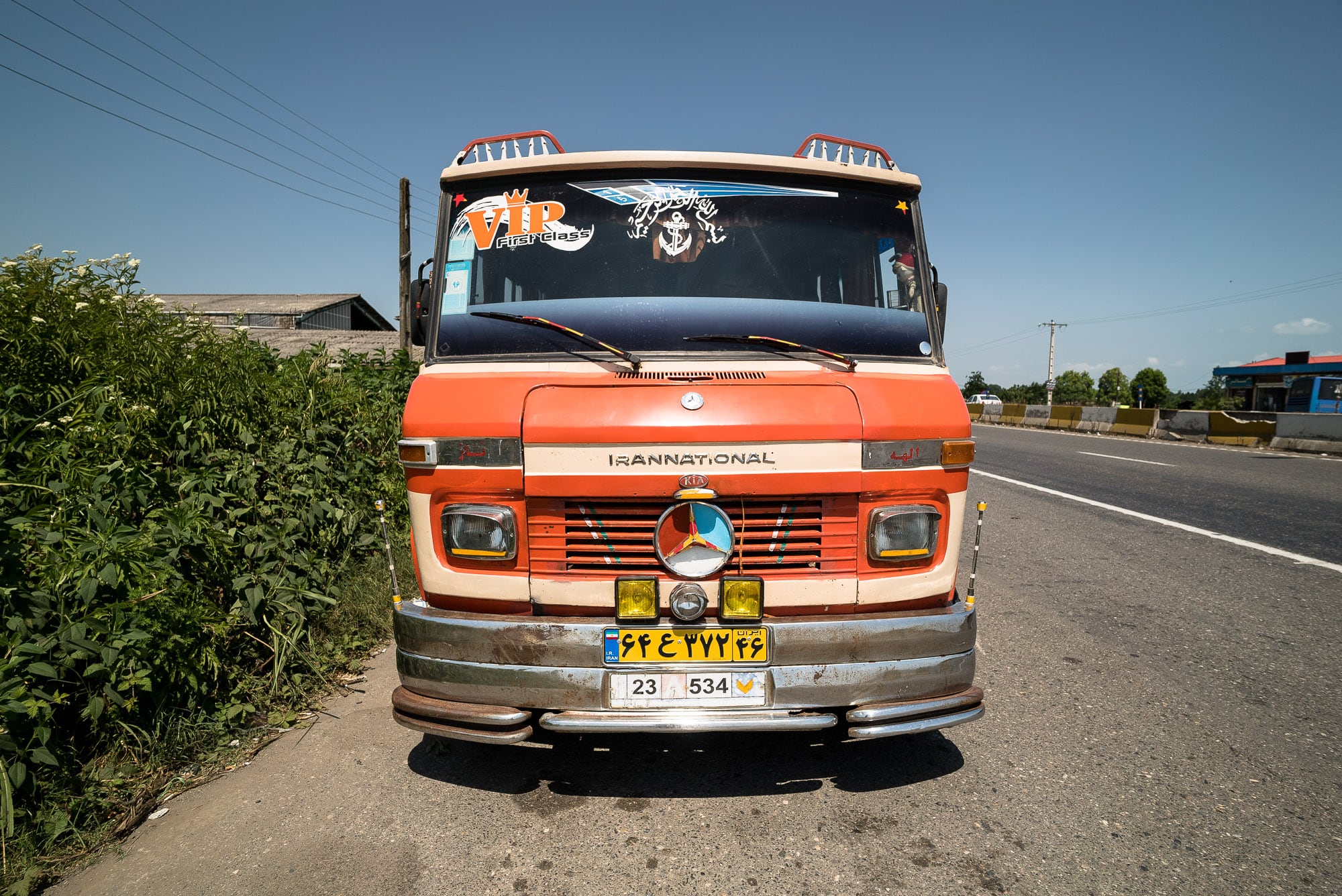 I had studied the map the night before, and I had determined that there were a couple of waterways that I had to cross before I got back on the country road: 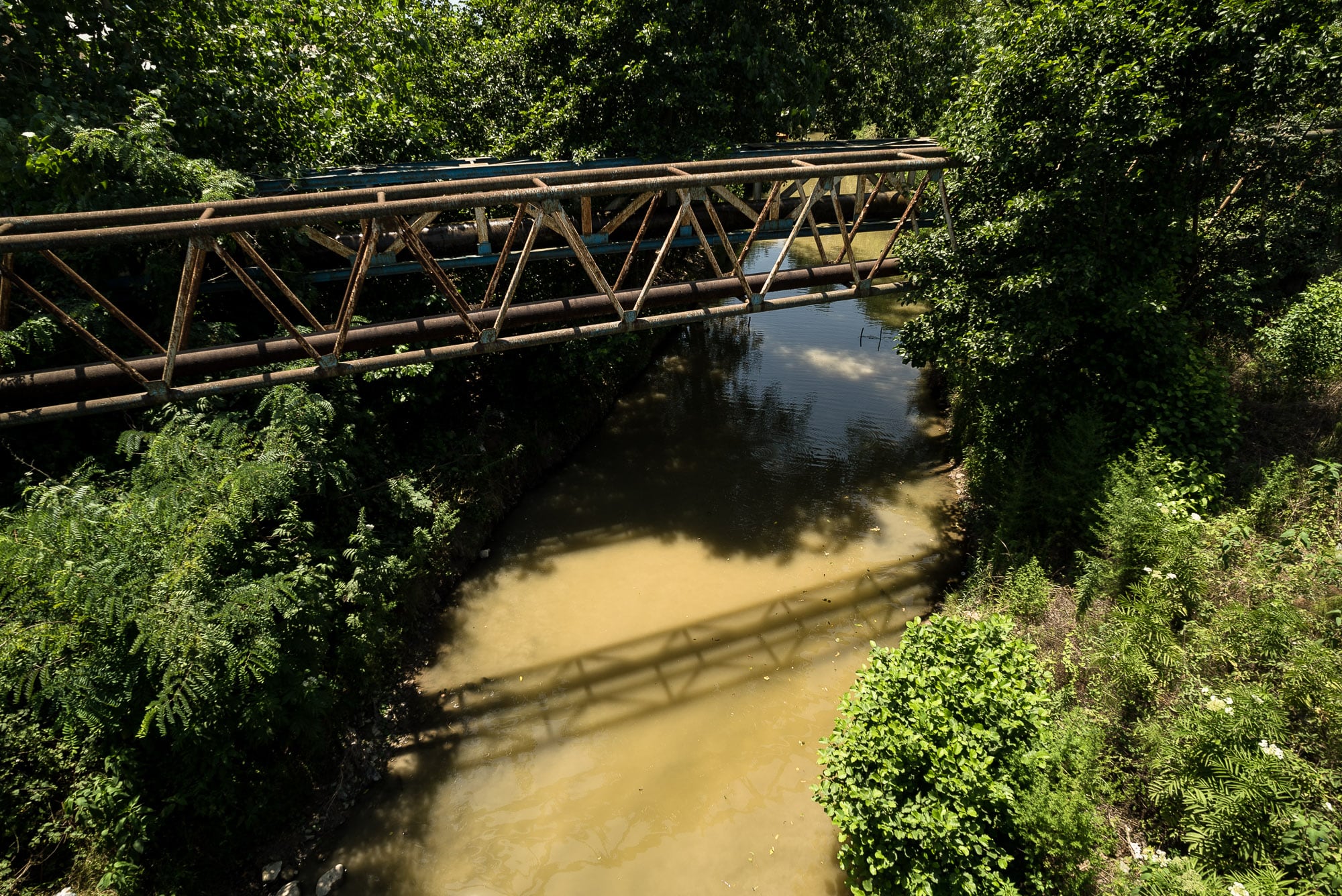 It took a few hours until I had passed the last unbridged river, then I turned left on a quiet road and sighed again. This time it was a sigh of relief: 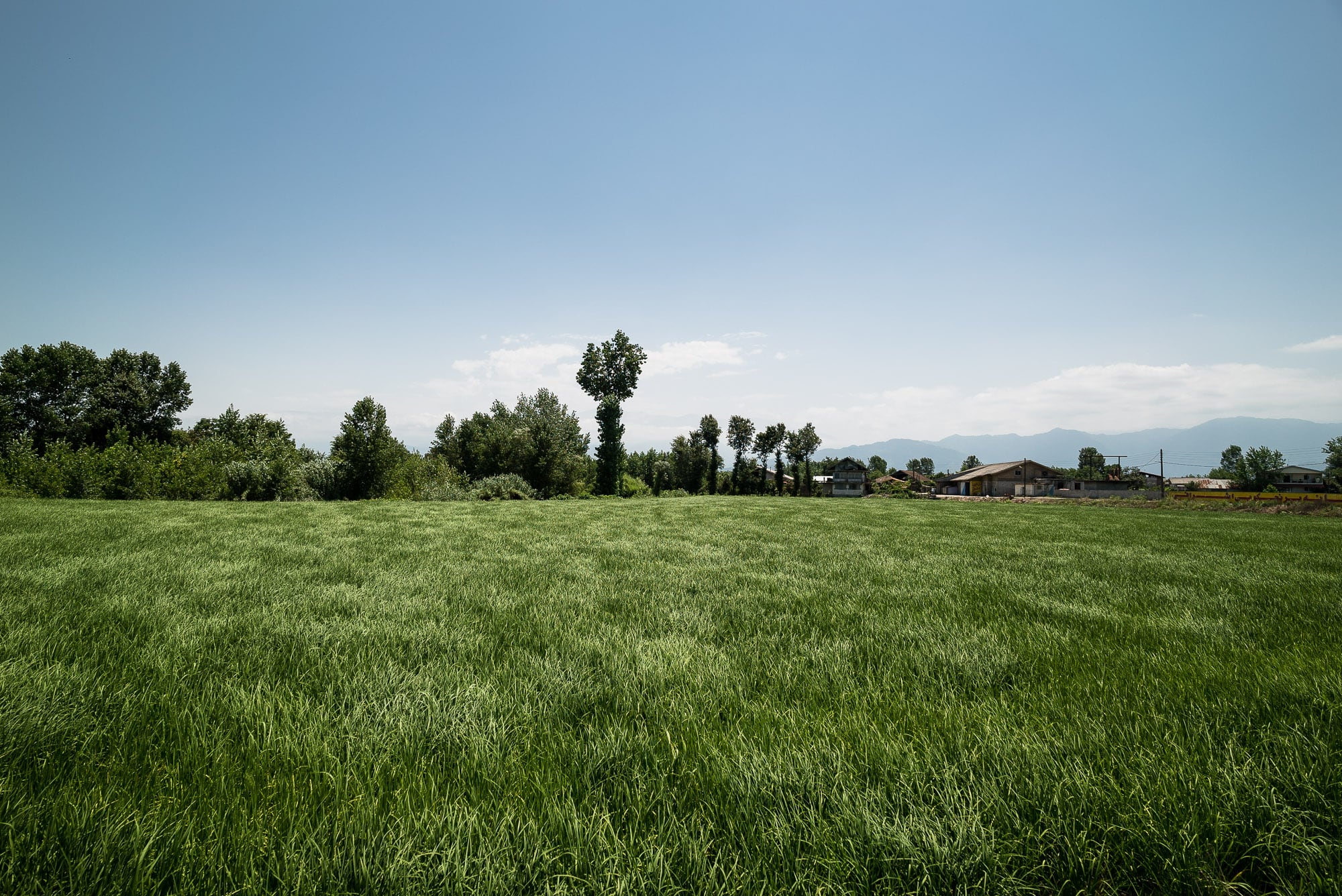 Not everything was peachy on the country road, though: 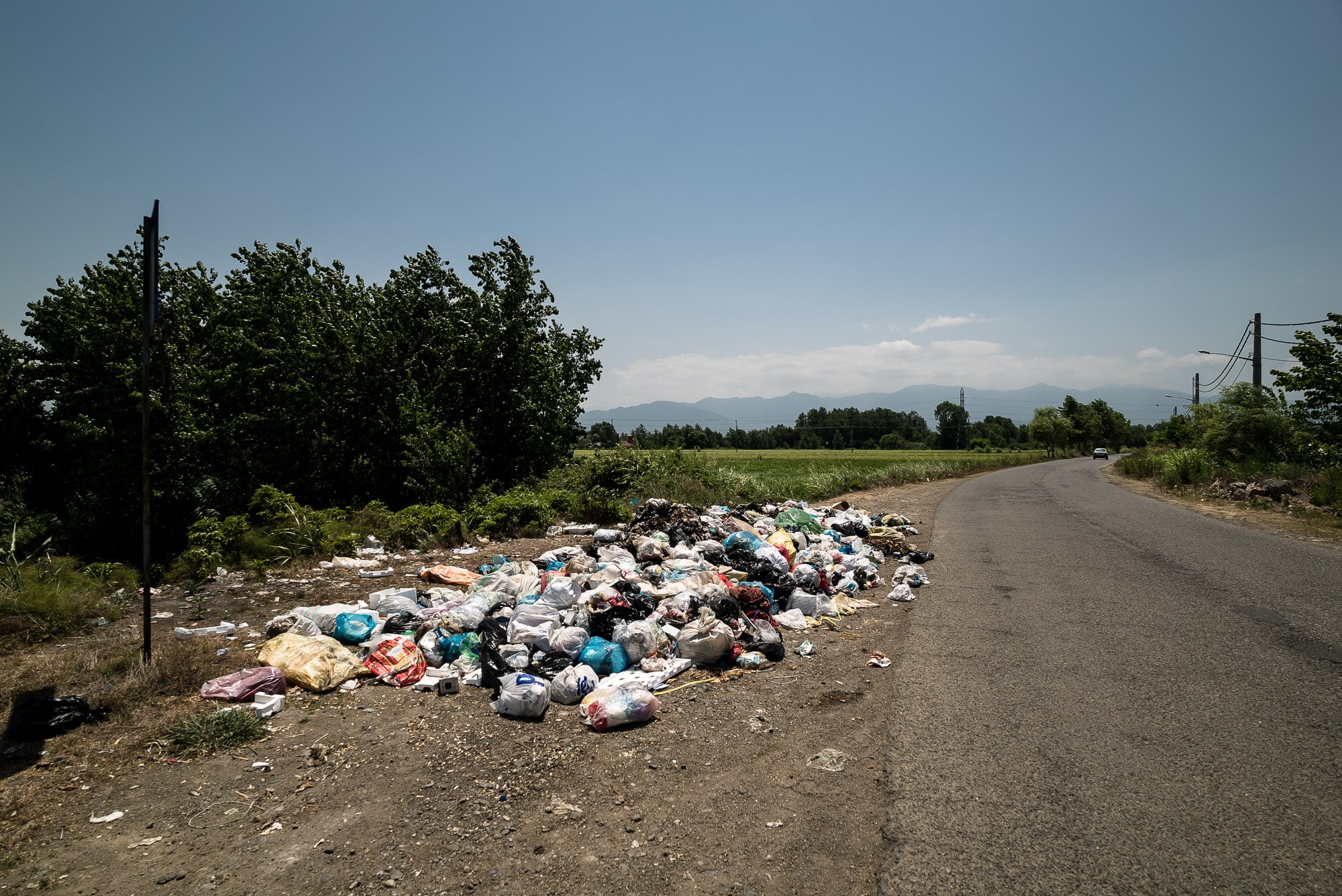 But it was quiet, and sometimes I found it spectacularly beautiful: 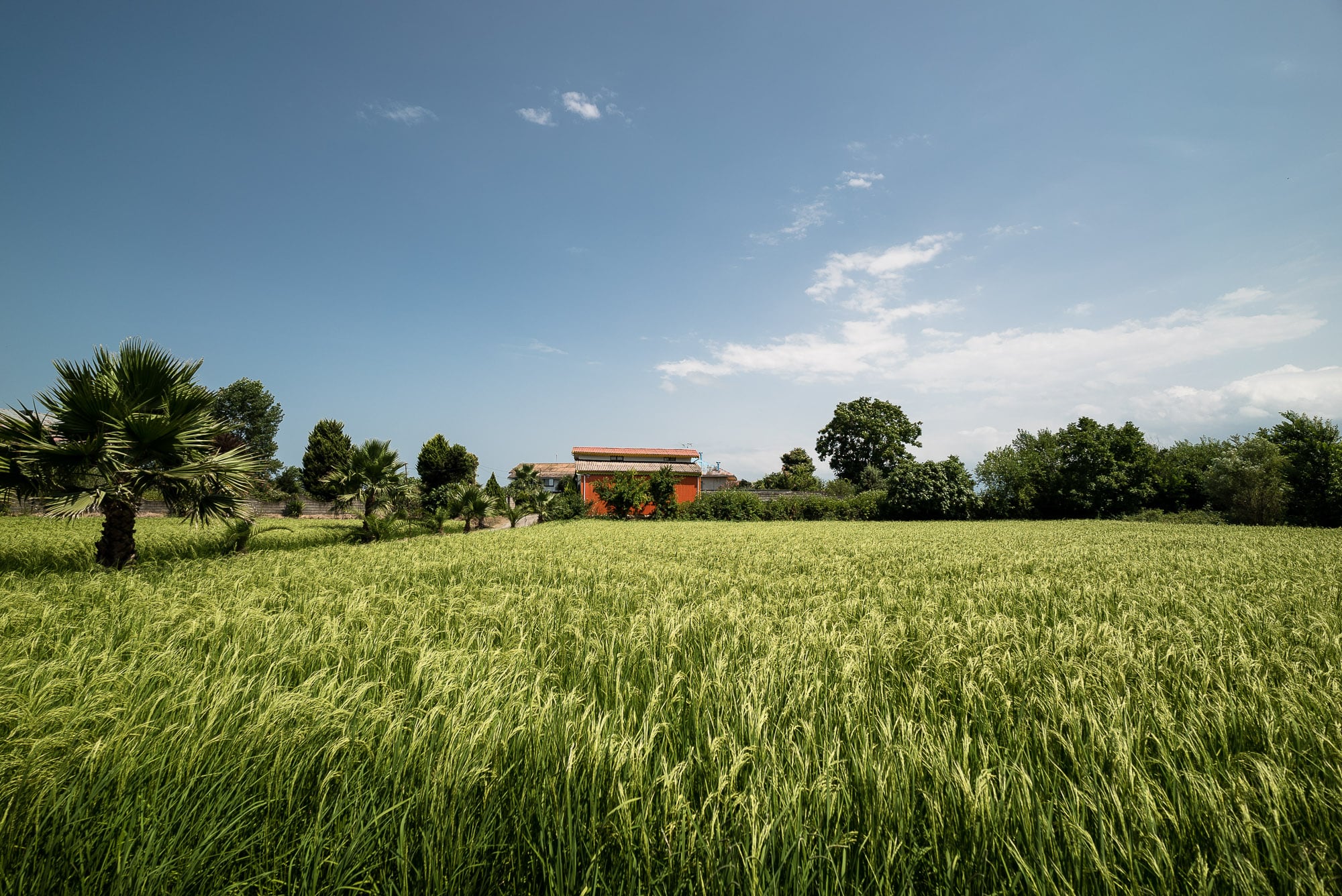 There were strange buildings sometimes: 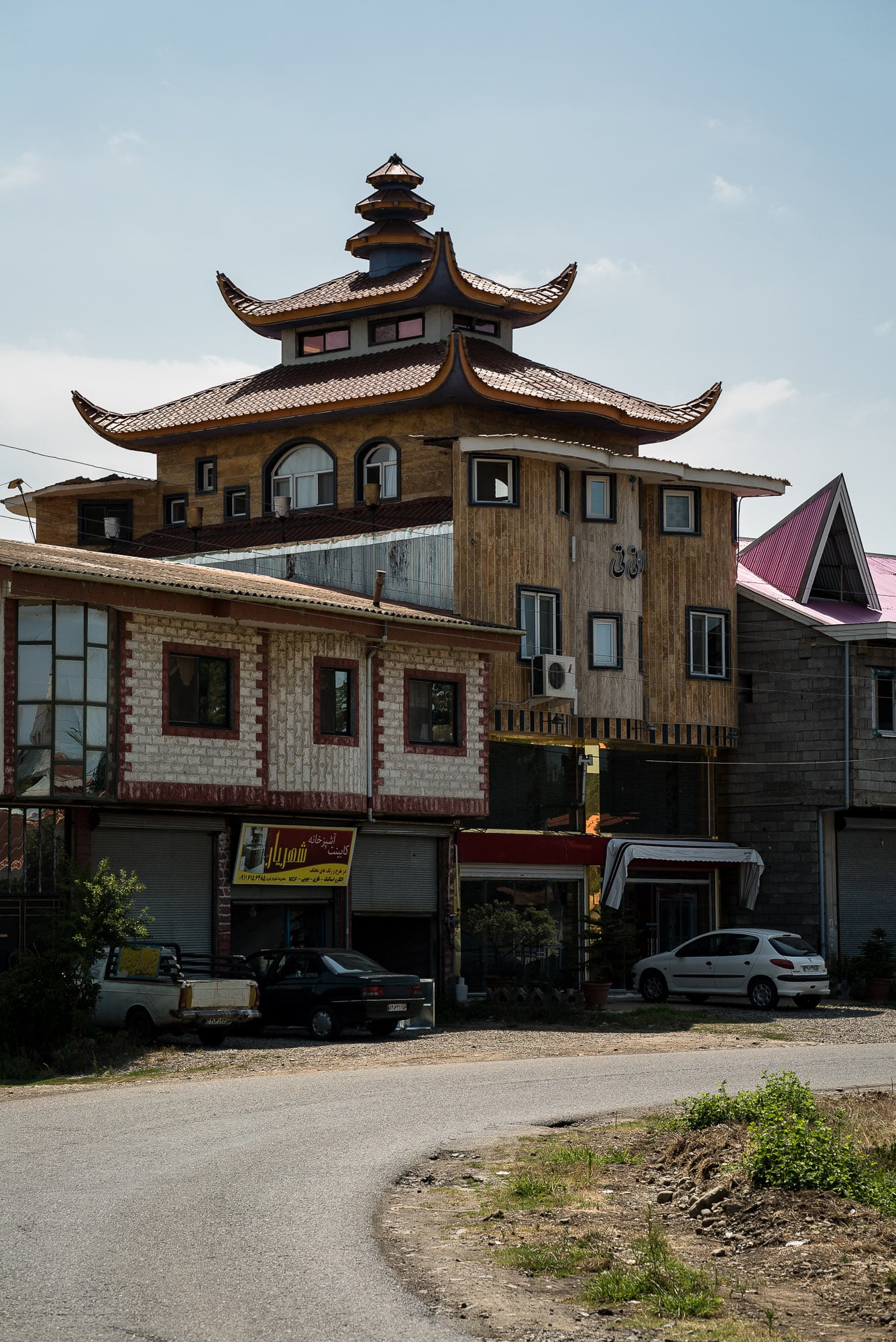 And every village had a couple of posters for the recently deceased: 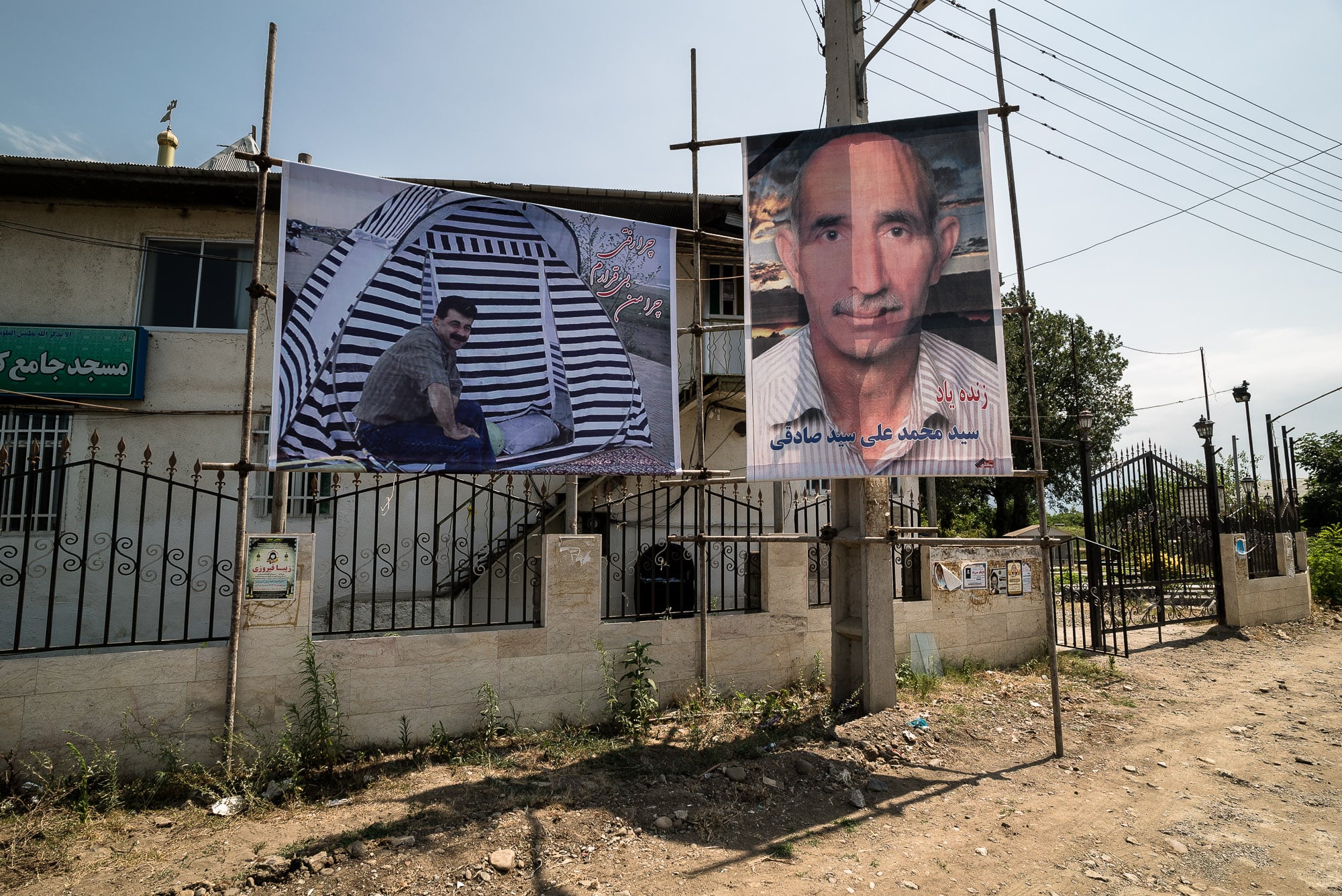 Walking was good, and I didn’t see any rivers or creeks for a while. Ironically, though, I was looking for a bridge. It was called Tamijan Historical Bridge, and I had found it on googlemaps the night before.

It wasn’t where it was supposed to be, though. Instead there were some trees and an old tv set that someone had decided to throw away: 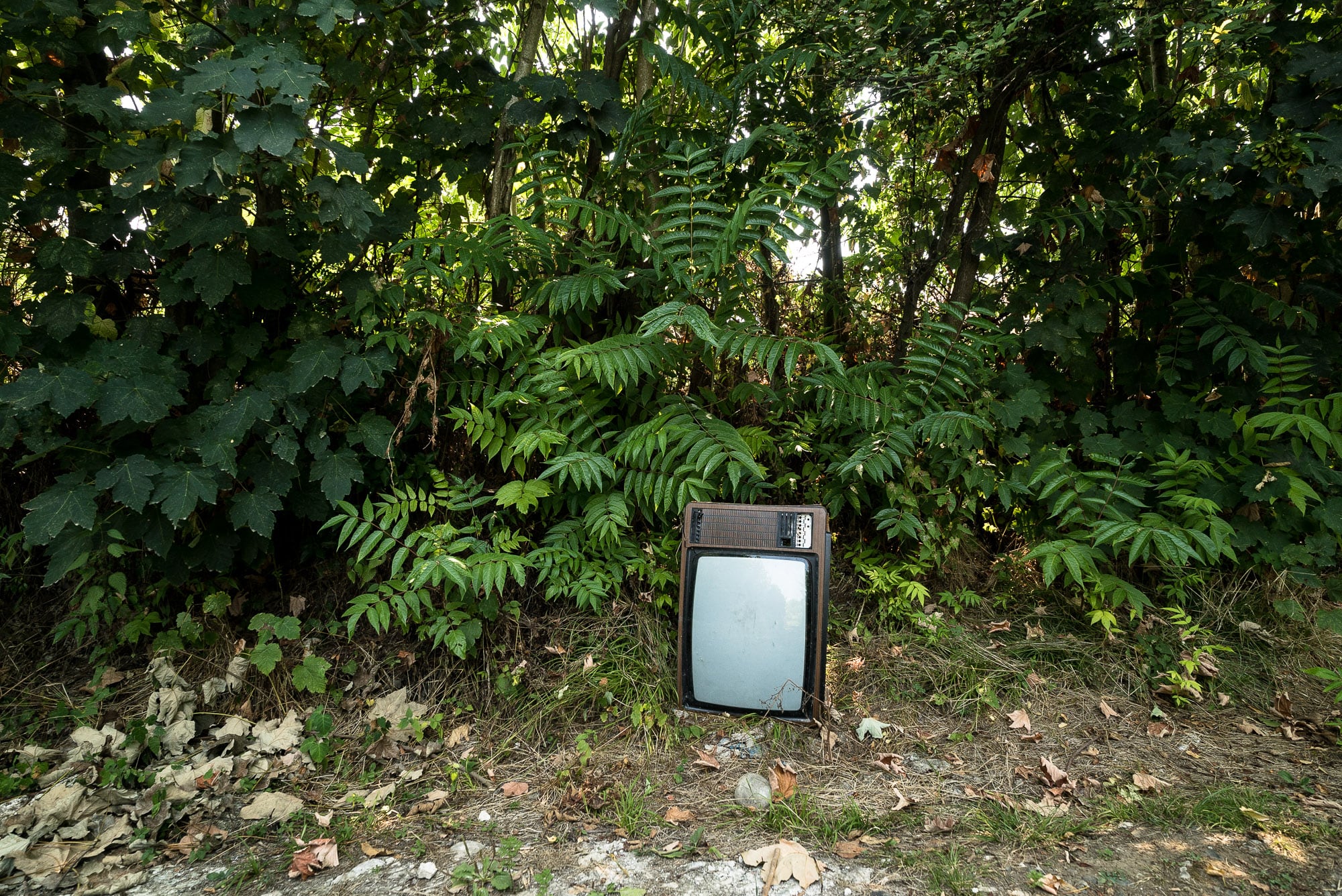 I asked some farmers and they told me to go further south, and there, after one kilometer, it was, the Tamijan Bridge from the Safavid dynasty: 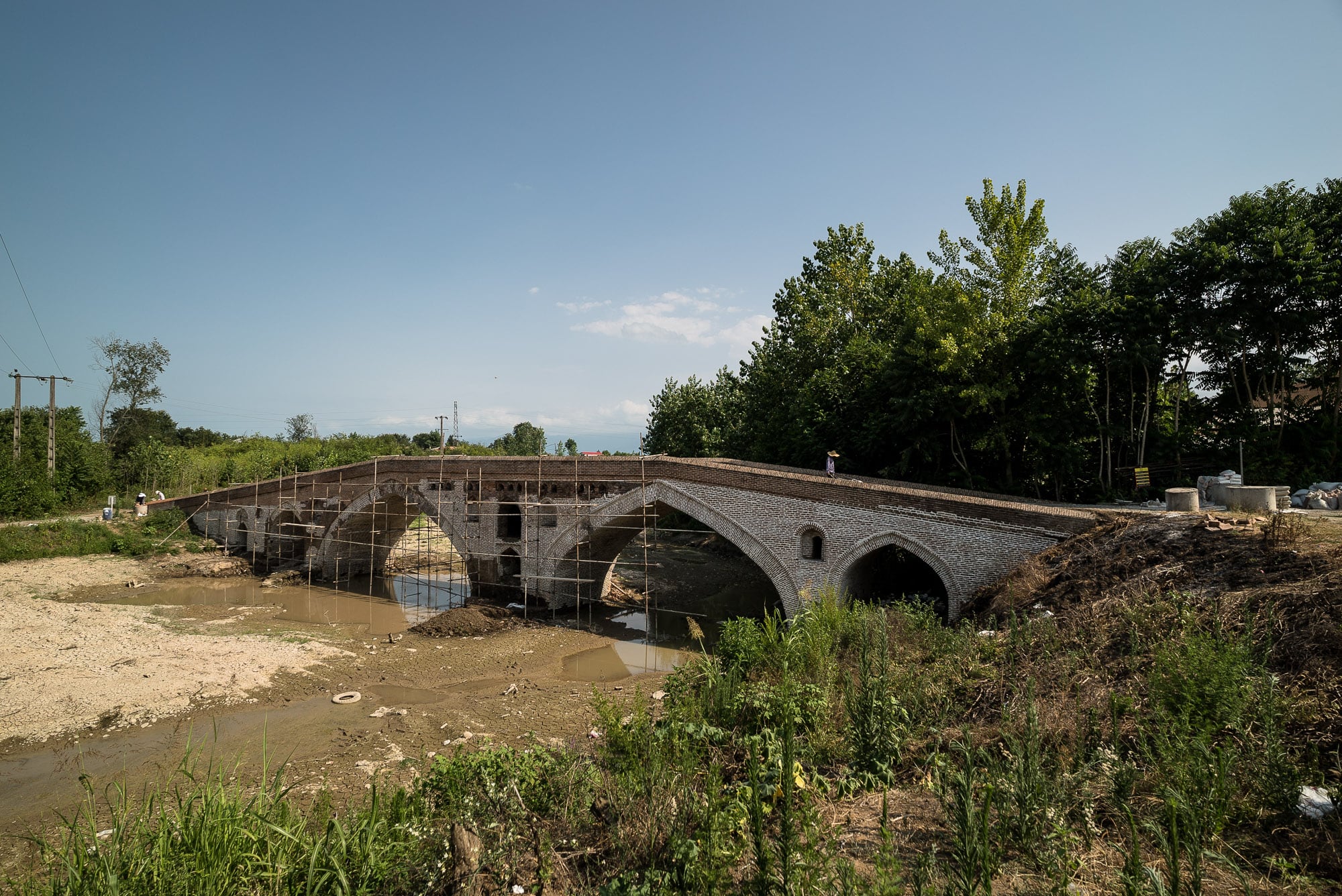 I would have crossed it anyway, had I not been looking for it in the wrong place.

Then I was back on the gravel road through the fields: 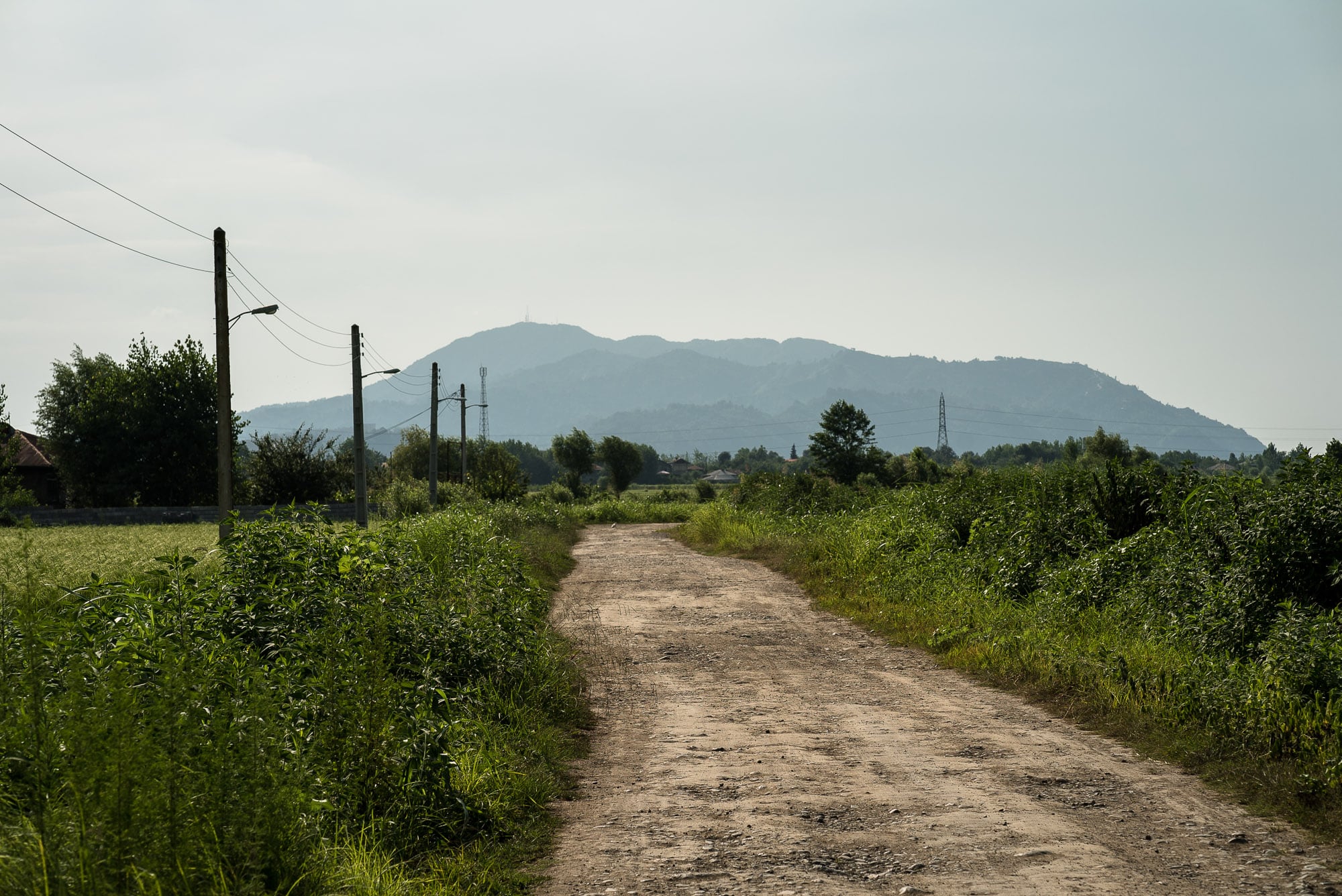 Sometimes there were abandoned construction projects that seemed to tell of previous infrastructure plans for this region: 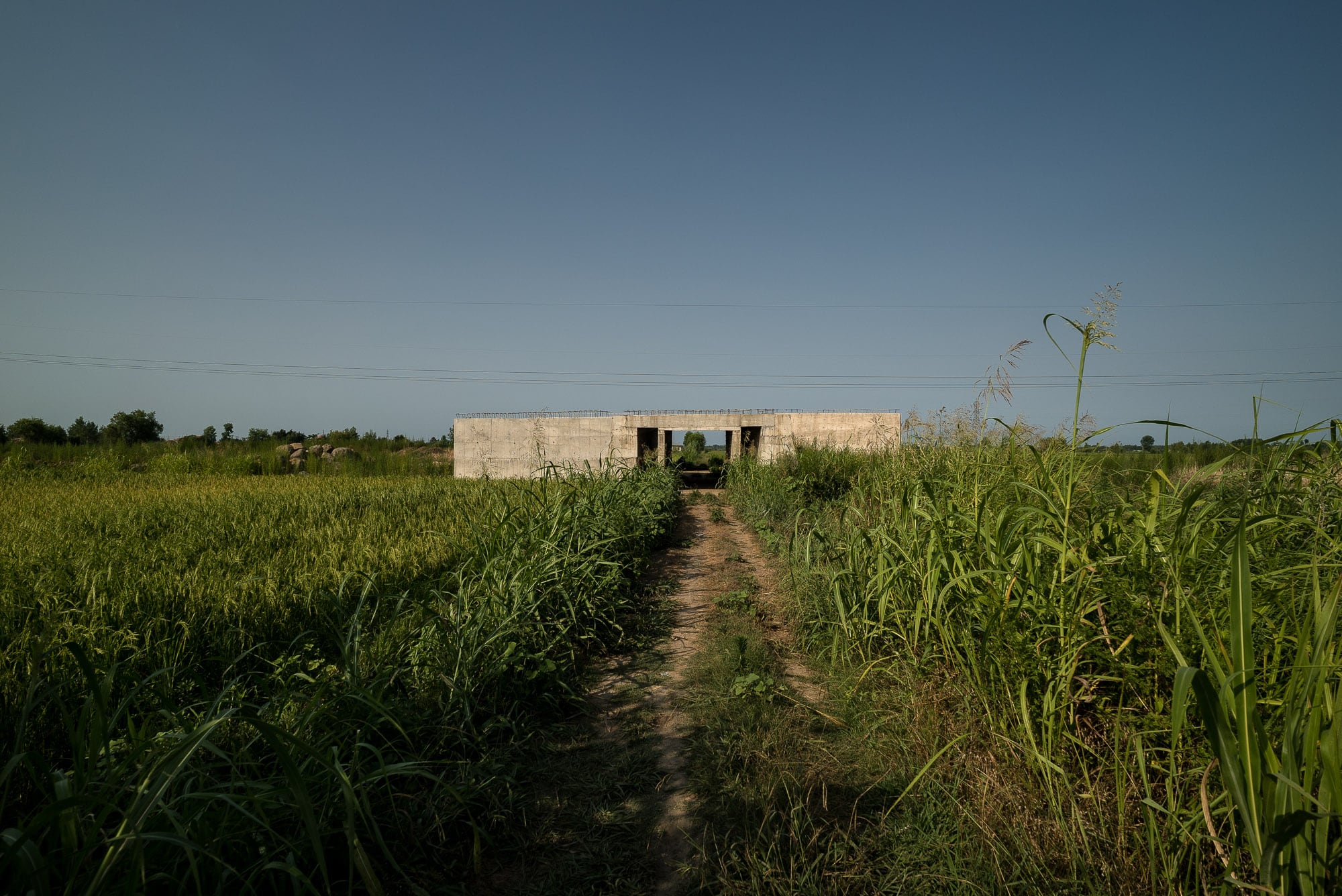 The farmers were working in their fields: 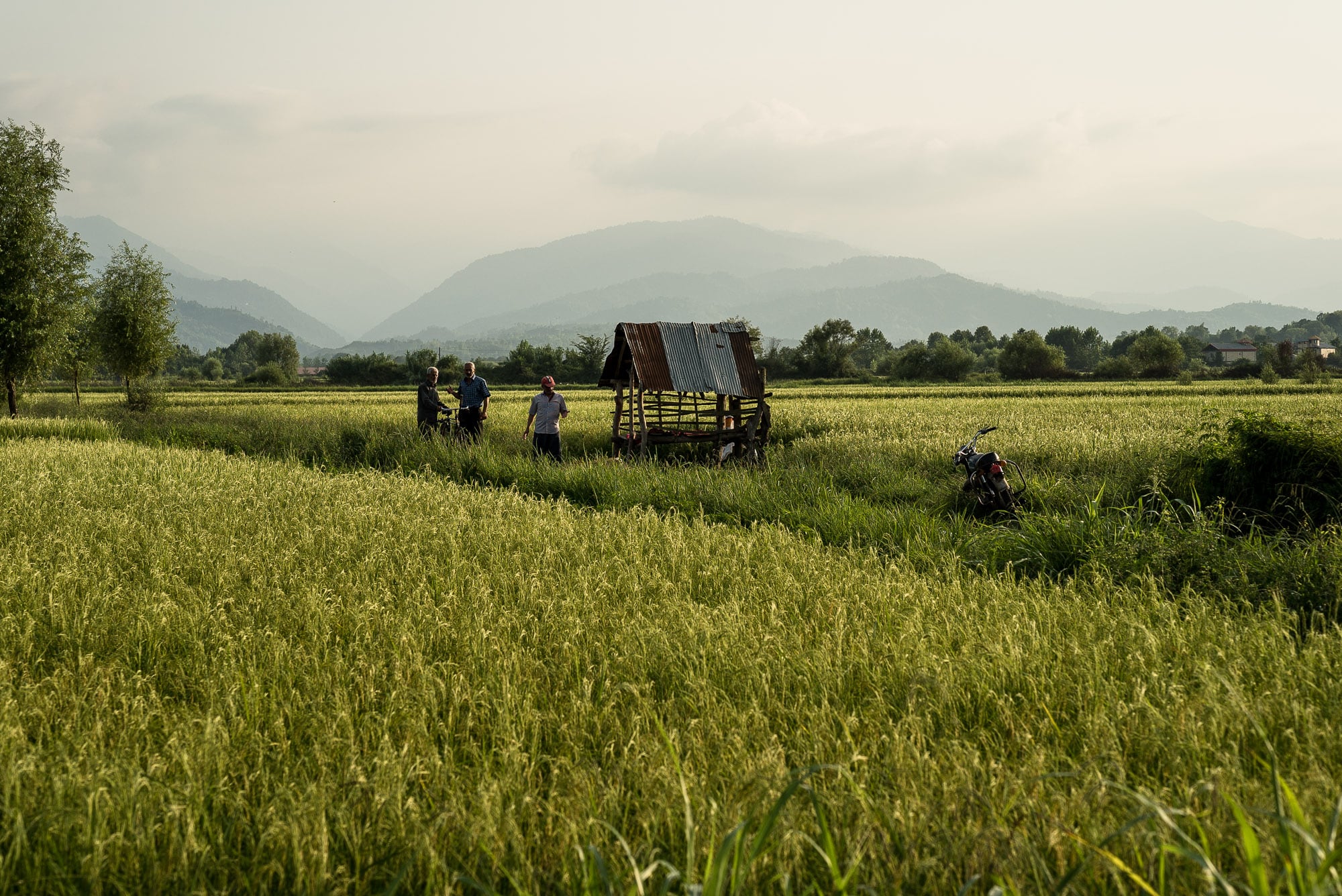 They had elevated little huts that they used for their afternoon naps: 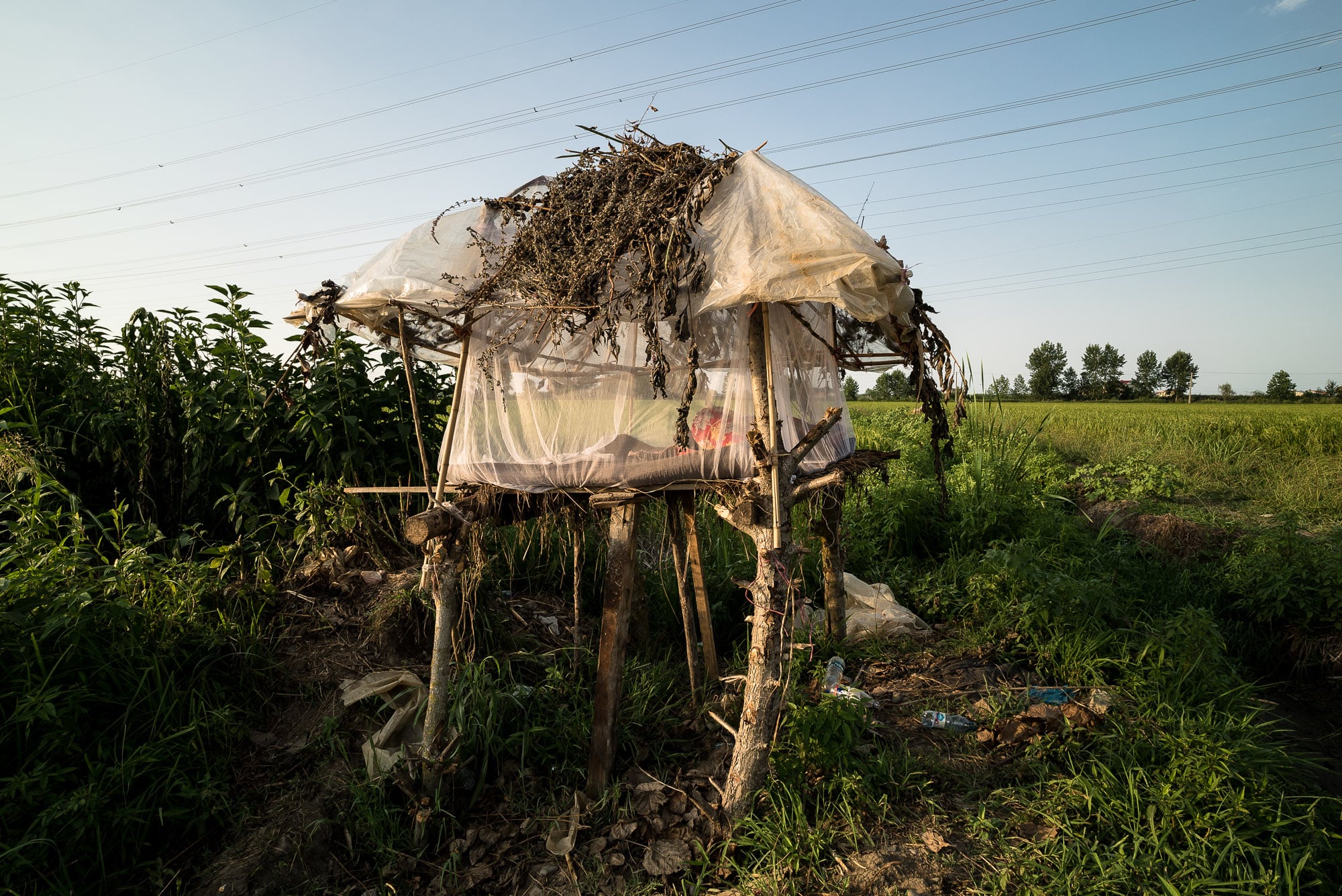 The huts were built on poles because of all the bugs and snakes in this area.

A while later I arrived at another dam, but there was almost no water there, so it was easy to cross. 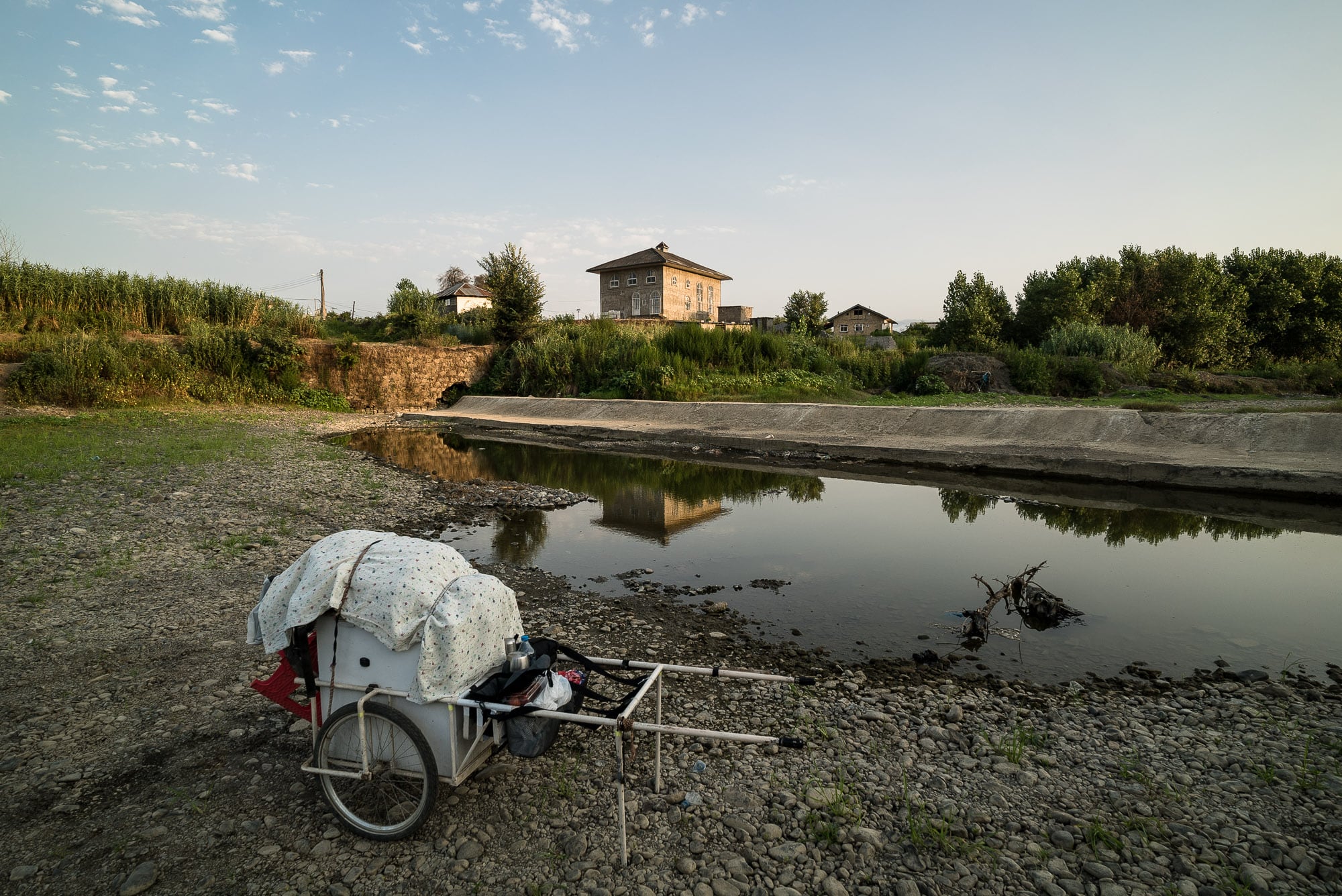 I saw some prayer beads on a corn stalk: 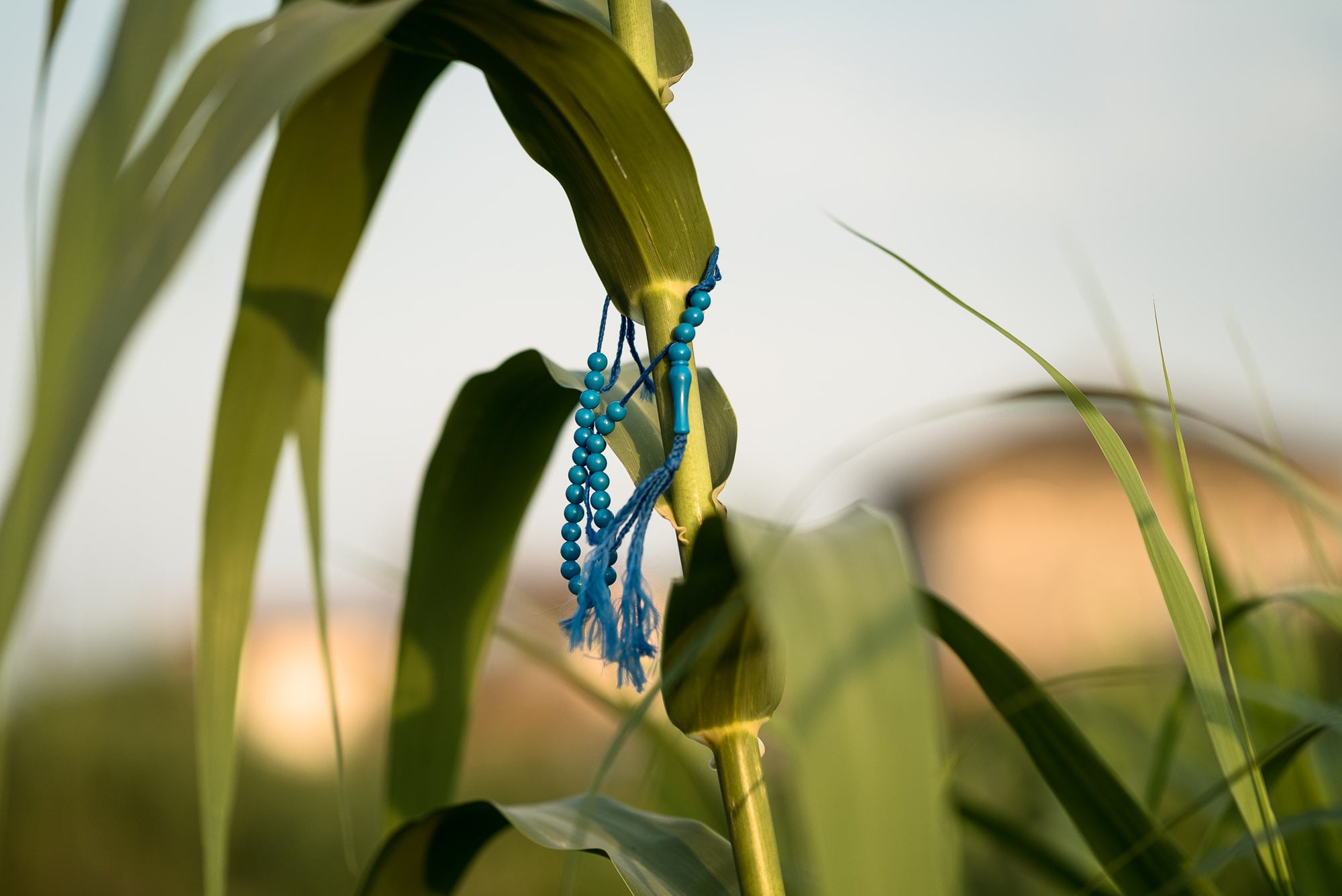 Someone had probably taken them off to wash their hands or do some work, and then they had forgotten to pick them back up.

When I arrived in the small town of Kumeleh, it was already dark: 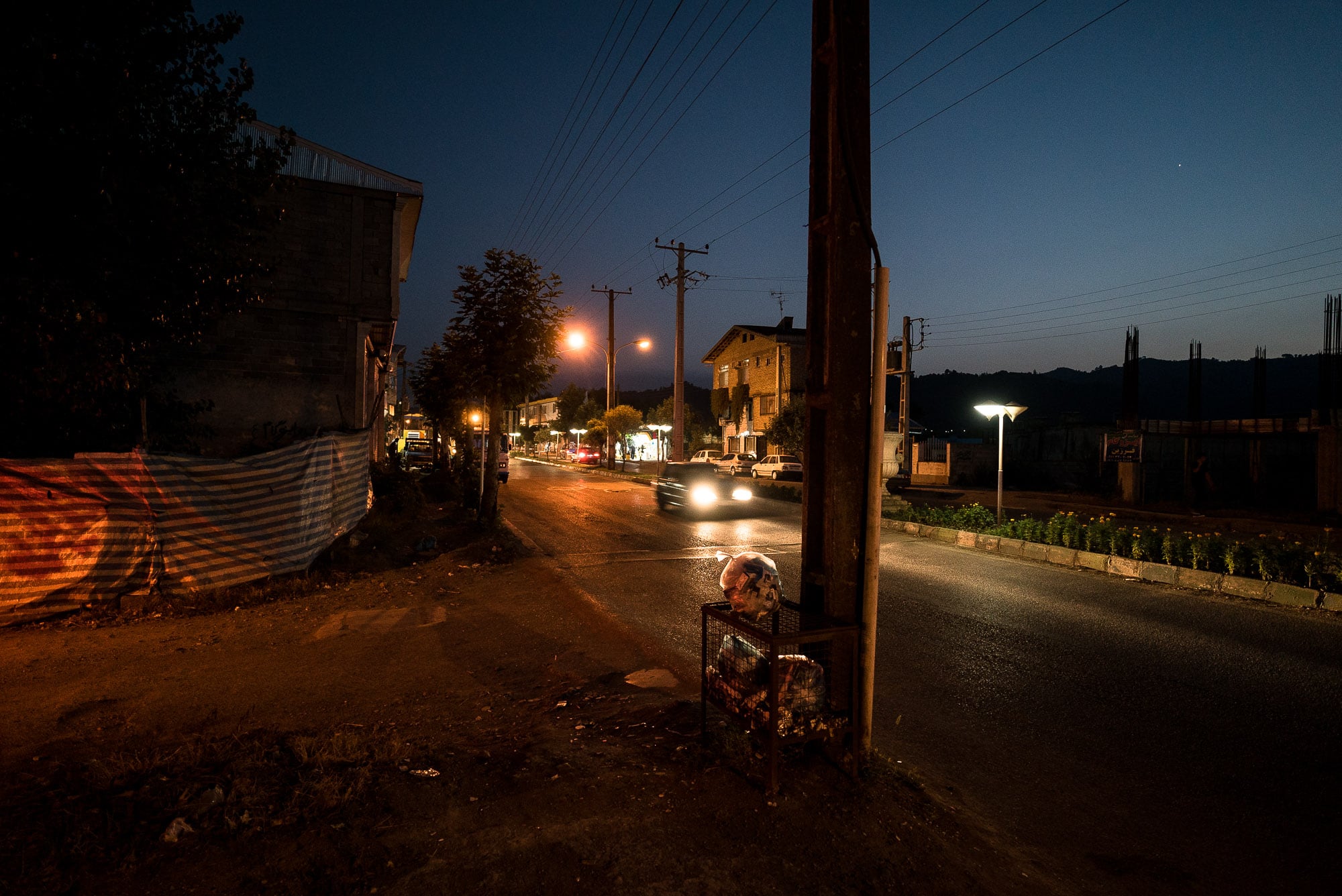 I went to the only hotel that was there and asked for a room, but it was way too expensive, so I ended up sleeping in an open-air restaurant: 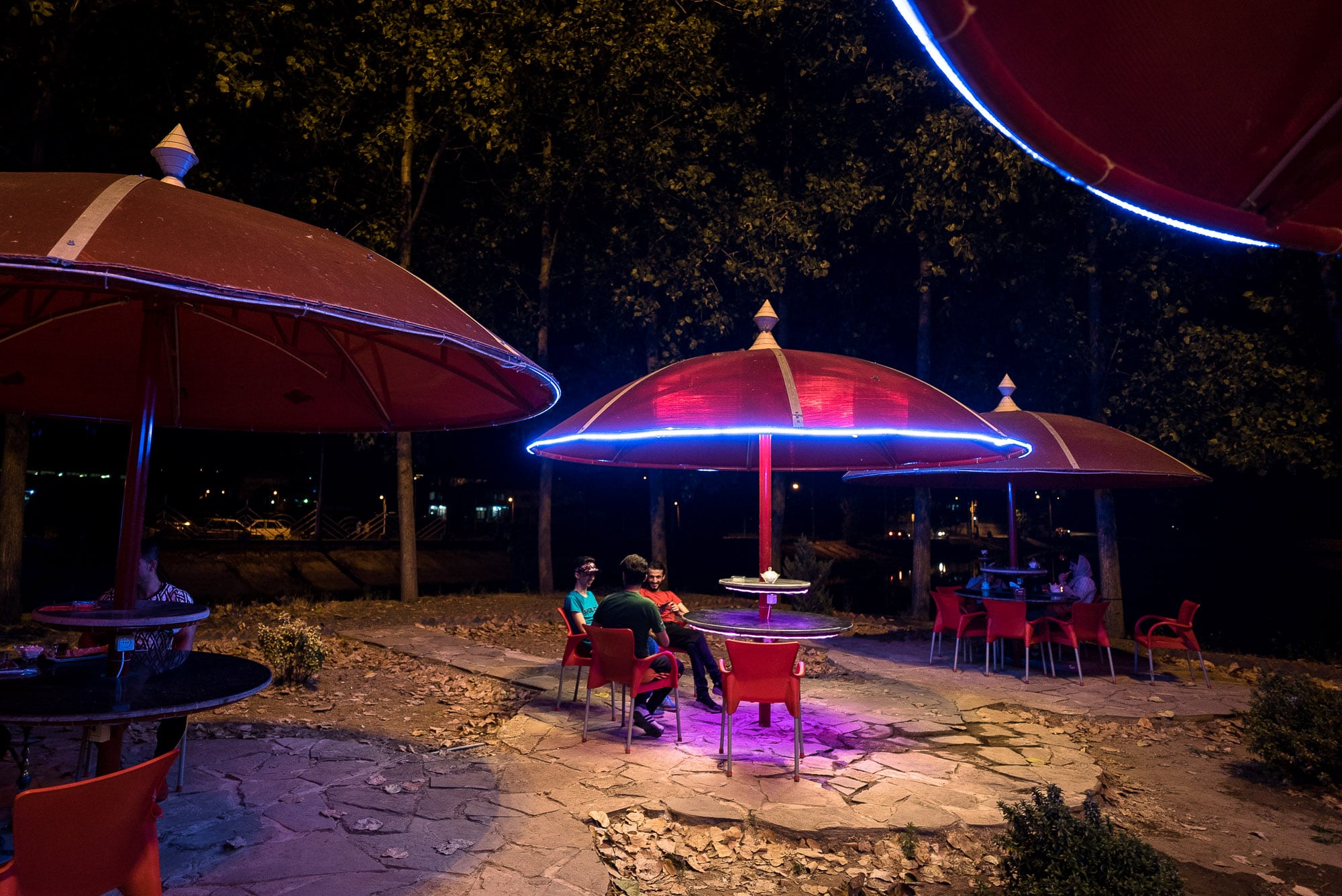 The people there were super nice: 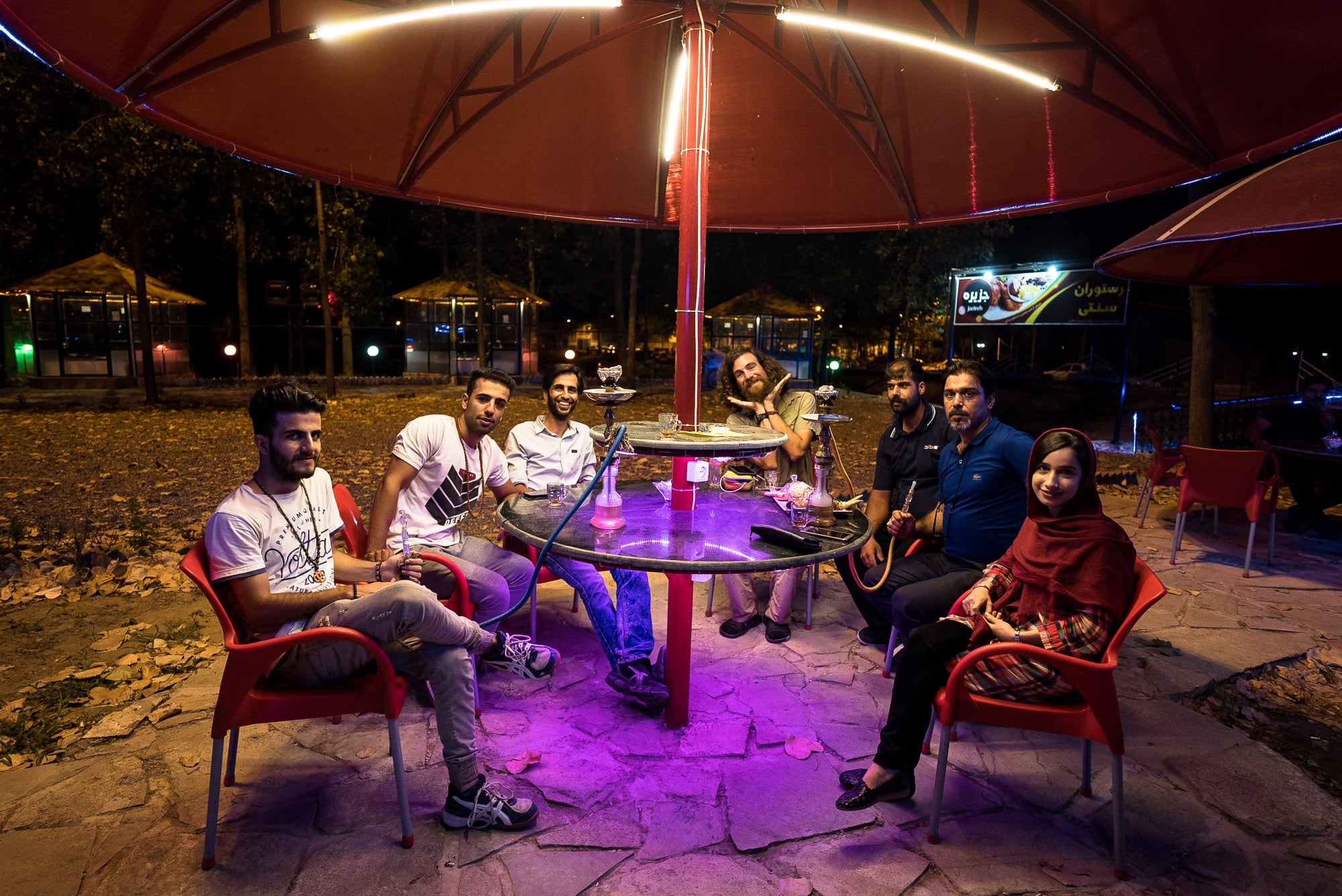 And I got to try a local specialty – sour kebab: 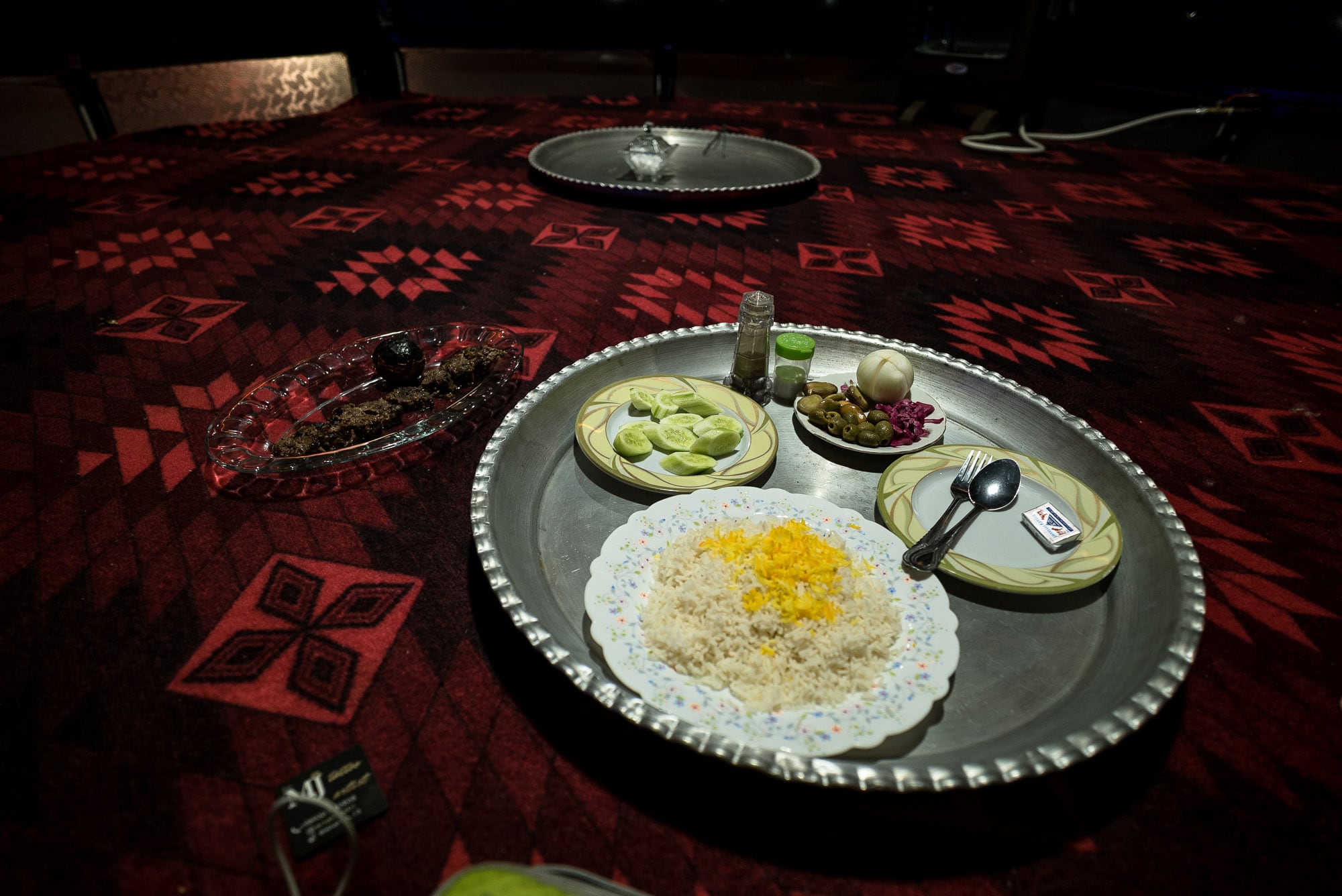