This post is about a 24km walk from Mușetești to Novaci. I see wells everywhere, and I walk to the start point of the Via Transalpina.

The people from the adventure park had turned out to be quite wonderful. Not only did they allow me to camp wherever I wanted to on their premises, but I could use the restrooms as well. And in the morning they let me fill up my water containers and gave me breakfast, and there was a nice, friendly cat.

I played with the cat for a while, then I got going. The road went up and down as always, through the fields and the villages, and I finally put into words something that I had been noticing over the last few weeks: Romania was the land of a thousand wells. Whereas Bulgaria and Turkey had drinking fountains on their roads, Romania had wells.

They were everywhere, and they came in all kinds of different manifestations. Sometimes they had little buildings on top of them. Sometimes large pavilions. Other wells were covered by little wooden structures that reminded me of birdhouses. All of them were designed to protect the wells themselves from contamination.

Jesus from the water

I took some pictures in a well that looked as if it hadn’t been used for a long time. There were religious paintings all around on its walls and on its ceiling. It reminded me of a tiny village mausoleum I had seen in Iran once. When I looked down into the well, Jesus looked back at me. His likeness was on the ceiling.

It was with a sense of apprehension that I approached Novaci. The town was the endpoint of my walk along the foot of the Carpathian mountains, and it was the start of the Transalpina, the road that I wanted to take across the mountains.

People had been telling me that shit would get serious from there on. The Transalpina was the highest road in all of Romania, they said. The inclines were terrible, they said. There were bears, they said.

One guy whom I talked to in front of his yard told me that the only way to cross it would be to load the Caboose onto a truck and have her delivered up the mountain.

I started thinking of the mountain road as a dragon.

I had to go and slay it.

the walk from Mușetești to Novaci: 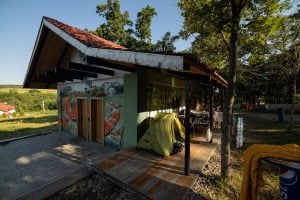 camp in the Aventerra Park 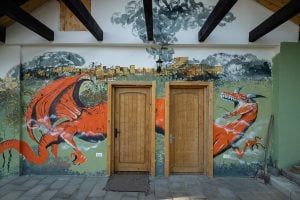 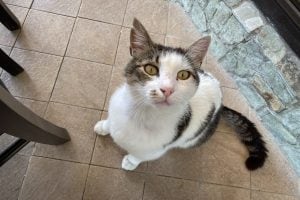 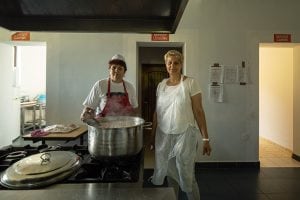 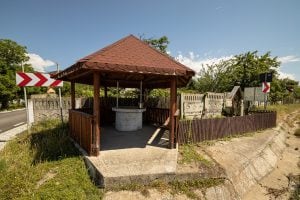 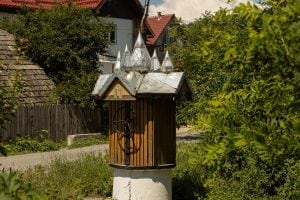 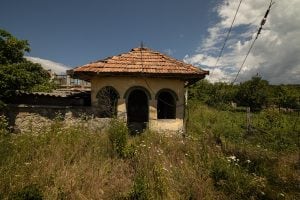 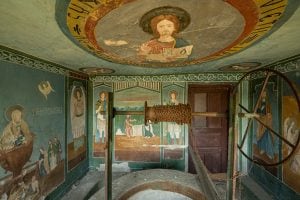 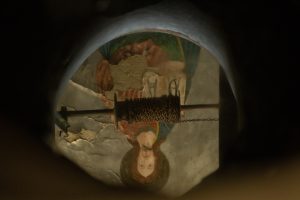 Jesus from the water 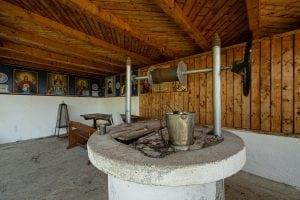 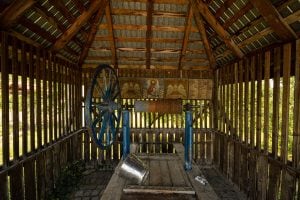 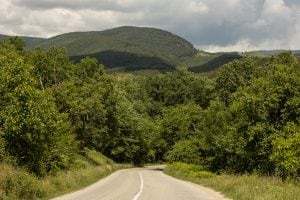 the road to walk from Mușetești to Novaci 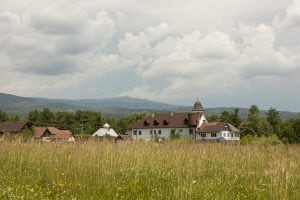 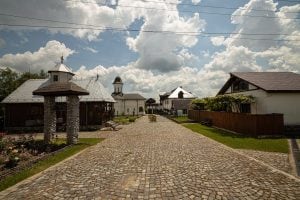 courtyard of the Iocana Monastery 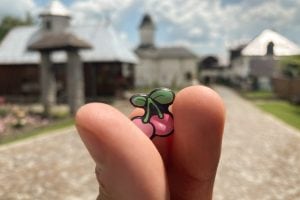 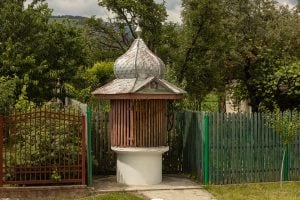 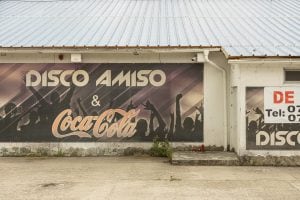 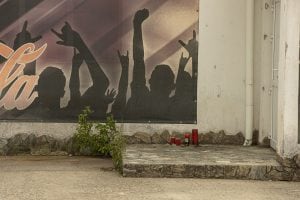 why the death candles? 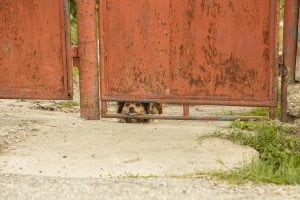 lots of dogs are very excited to see me 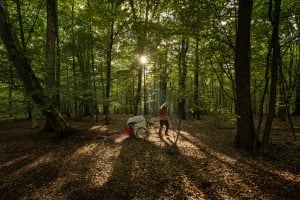 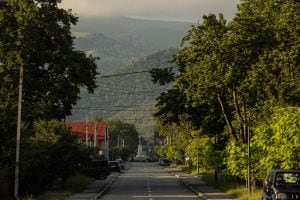 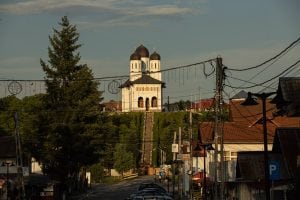 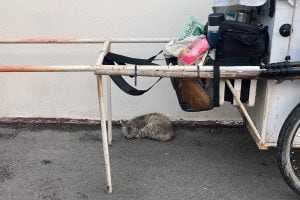 the Caboose made a friend 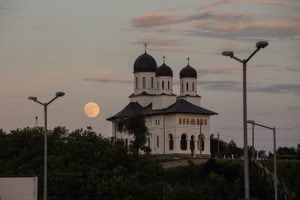 Day 565
from Mușetești to Novaci