This post is about an attempted visit to the copper mine in Bor. I get rejected at the gate and walk around in the surroundings of the mine.

They had come because of the mine. One of the biggest copper mines in Europe was in a mountain near Bor, and a Chinese company had bought it. Bor had a population of about fifty thousand, ten thousand of which were from China.

I took a taxi to the gate of the mine. On the map it looked as if there was a viewing platform or something up there, but when I arrived, there was nothing. Just a parking lot, some signs that were in both Chinese and Serbian, and a security guard. I knew the answer before I even asked. No, I could not go and see the mine. And no, not even the outside buildings.

I decided to walk back. The sun was setting, and the hills looked beautiful in the evening light. There was a little lake that seemed to be turquoise. It reminded me of some the industrial pollution I had seen in Shanxi.

Then I noticed the barracks. They were next to the lake. I could see smoke from a few open fires, I could see heaps of trash, and I could see people hanging out on their doorsteps. Children were running around, a dog was barking. The wind carried some music up the road. It was the same kind of tune that I had danced to at the party in Knjazevac. 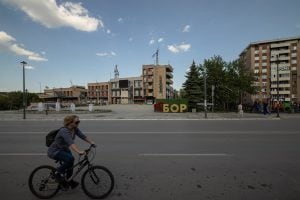 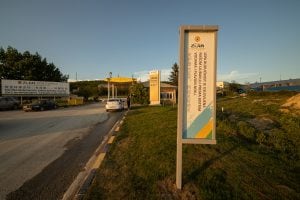 entry of the copper mine in Bor 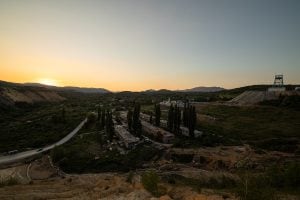 barracks near the copper mine in Bor 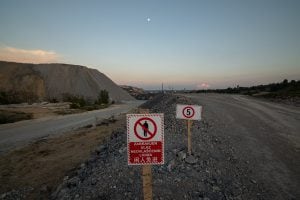 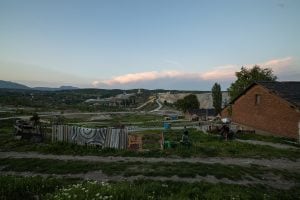 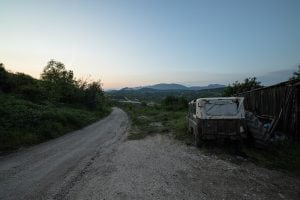 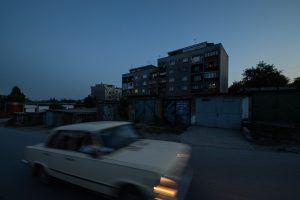