This post is about a 23km walk from Bor to Rgotina. Chinese workers invite me to lunch, then I make a friend who is also Chinese.

“Why don’t you have lunch with us?” one of the Chinese guys said. They were staying in the same hotel as I, and the day before I had failed to talk to one of them in the stairway.

“Hello, are you Chinese?” I had asked him, in Chinese. “No,” he had replied, also in Chinese.

Now, as I was packing up the Caboose, we ran into each other again. “That guy speaks Chinese,” he told the colleague next to him. When I explained to them that I had come from China and that the Caboose herself was Chinese, they insisted on having lunch together.

They had been here for about six months, and they had come to install some gas facilities at the mine.

About an hour later, as I was resting by the roadside outside of town, a car stopped next to me, and a very excited man got out. He was Chinese as well, and he knew me. He knew about my travels, about the Chinese videos that I made where I talked about politics, and he knew that I was somewhere in Serbia. And now it had somehow turned out that I was here, right where he lived and worked.

I was usually a bit shy about these things. But the guy was nice.

He ended up walking with me for a few kilometers, but not before getting me some cookies, some bread, two protein bars, and a watermelon. He told me that life in Serbia was alright. They were being paid well. But, he added, many of them felt jealous of the Serbians. The Serbians had a lower income, sure. But education, healthcare, and other benefits were free for them, and so it felt as if their lives were more relaxed.

My new friend left me after a while because he had to go back to work. I continued up the serpentine road out of Bor. It was more difficult and more beautiful than I had been expecting. The hills went from green to blue to white in the distance. I could see the smoke from the mine rising up behind the city. It looked like a cigarette.

walk from Bor to Rgotina: 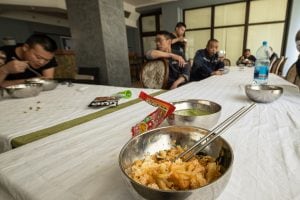 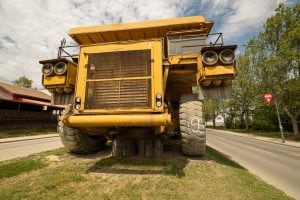 mine vehicle in Bor 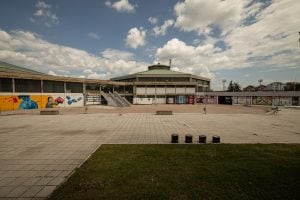 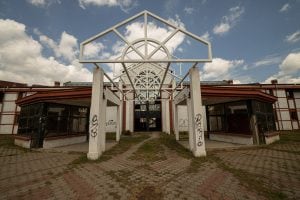 there are many of these buildings here 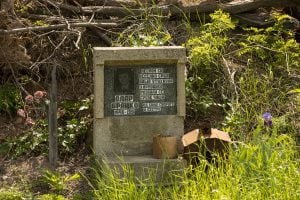 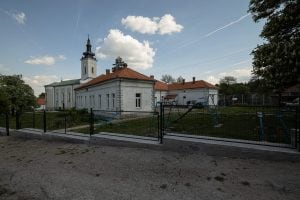 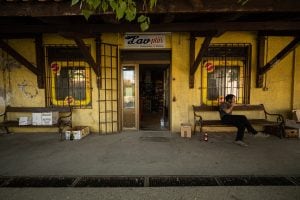 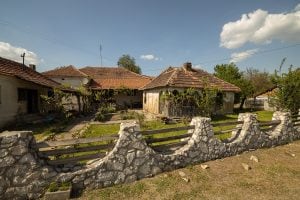 I liked the wall 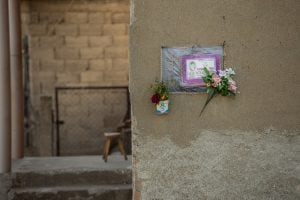 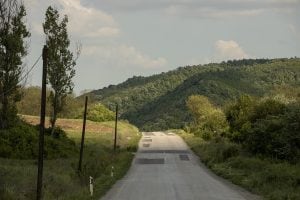 the road to walk from Bor to Rgotina 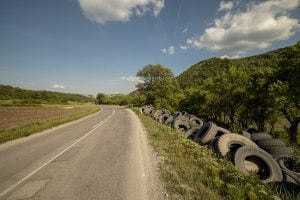 someone dumped a bunch of tires 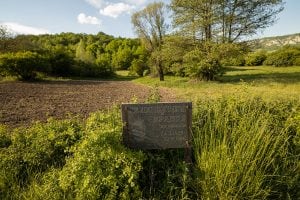 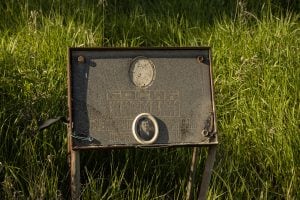 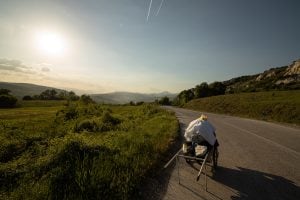 the Caboose on the walk from Bor to Rgotina 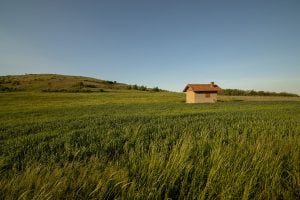 I was thinking about sleeping here 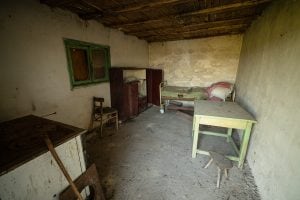 but it looked uncomfortable inside 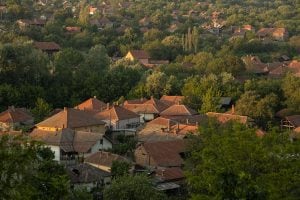 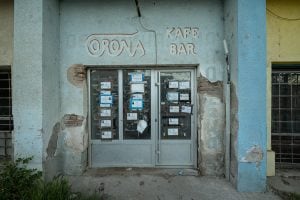 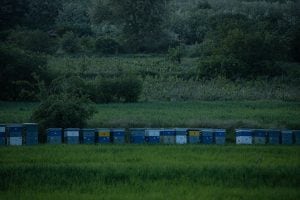 Day 550
from Bor to Rgotina