This post is about a 26km walk from Felix Romuliana to Bor. I walk with a shepherd, and then I make a dangerous friend.

The ruins were spectacular. The reminded me of the Gate Of Trajan in Bulgaria, only these were much bigger. There was a mosaic under a protective roof, and there were some pillars where a palace had once stood.

The weird thing was that the whole area seemed to be basically empty. There were almost no other visitors. One time I bumped into two German travelers, and once there was a bus full of school children who looked around for a few minutes and then left.

Outside of the gate, a young man from France had parked his van. His name was Kelvin, and we ended up having dinner together and talking about the brilliant Les Inconnus.

The next morning I woke up in my tent on the grass next to the gate of the palace of Galerius. A shepherd called Vlada showed me a shortcut to the next village. We walked with his flock of sheep and goats. and we talked in simple words and gestures, and sometimes he would yell at his animals.

About an hour later I thought I was making a new friend. At first it was just a movement that I noticed from the corner of my eye. When I turned my head I saw something slithering. Ooh! There was a little snake in the grass right next to me, and he or she had frozen up and when I had started moving. I was very excited. I liked live snakes much better than I liked seeing dead snakes on the road.

Two or three kilometers later, when I showed a picture of the snake to an old man, he made a sound that seemed to mean something like “oh shit”. The snake was a horned viper, and it was among the most dangerous snakes in Europe.

The rest of the way to the mining town of Bor was calm and beautiful. It was a winding road that led through a forest, and there was hardly any traffic. There were a lot of snakes, though. I counted seven, all of which, sadly, were dead.

I arrived in Bor at nightfall and was surprised that there were so many people outside. The bars and cafés, even the streets were full of people. When I asked a group of young women if the next day was a holiday they laughed and said no. People just liked to be outside and enjoy the good weather.

the walk from Felix Romuliana to Bor 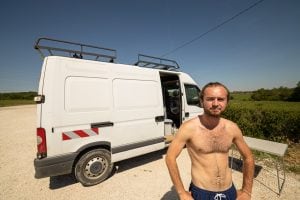 Kelvin with his van 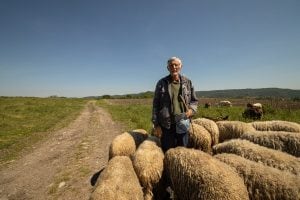 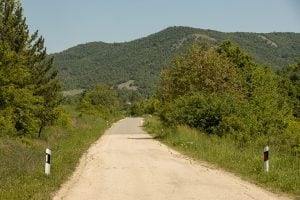 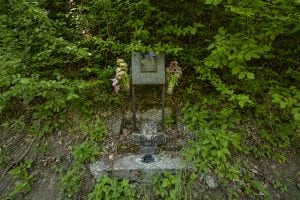 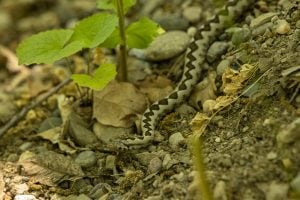 my new friend the horned viper 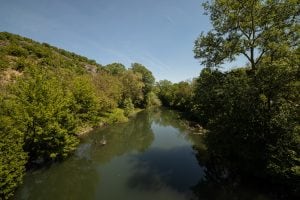 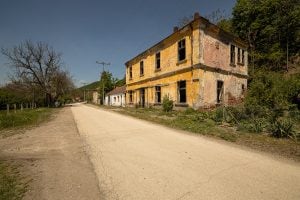 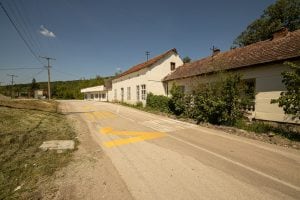 the road to walk from Felix Romuliana to Bor 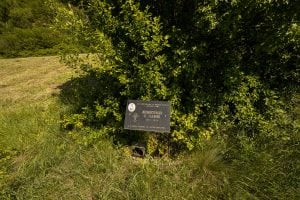 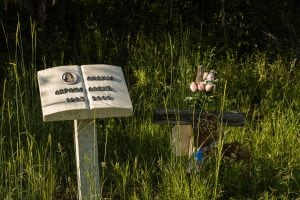 there are so many roadside memorials here 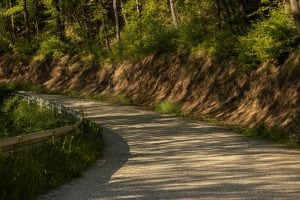 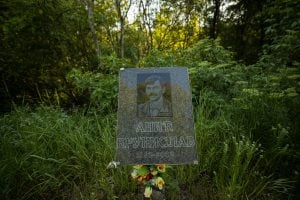 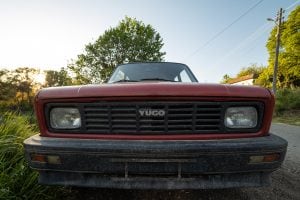 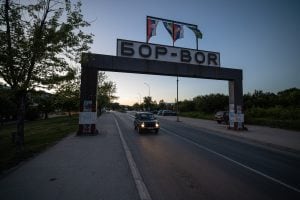 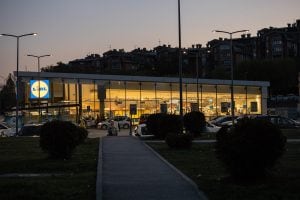 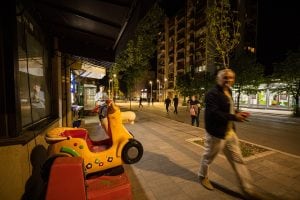 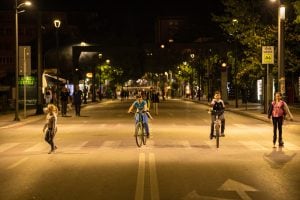 kids playing on the main street in Bor 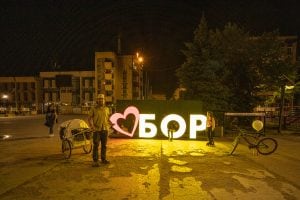 the Caboose and I in Bor

Day 549
from Felix Romuliana to Bor