This post is about a party in Knjaževac. There is a lot of singing and dancing, and I end up drinking too much.

I spent most of the day in my room. There was always so much to do: sort my photographs, write up my blog posts, reply to a bunch of emails, etc.

In the evening I walked across town to a supermarket. I was actually out looking for a flower shop, but since I couldn’t find one, the supermarket had to do. There were no flowers in the supermarket either, so I ended up buying several bottles of Zaječarsko. It was my favorite beer from Serbia. Then I continued walking towards the sheep-roasting place of the night before.

Once I got close I could hear loud music booming out of several houses. There were some young people standing around on the sidewalk. I said hi to them as if I knew where I was going. Only I didn’t. I had exchanged Instagram contacts with a 14-year-old boy called Marijo the night before, when his dad had invited me to come over. I just wasn’t sure where they lived.

Several hours later, I was staggering back from the party. Or rather: from the parties. First we had spent a while eating and drinking and singing and dancing in one house, and then we had moved on to another house and continued there.

Everyone had been super nice to me. 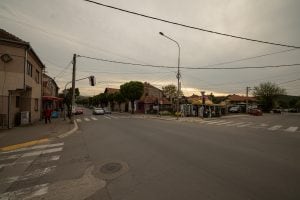 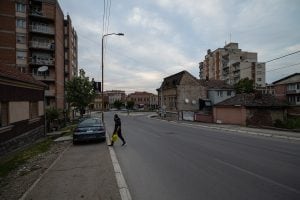 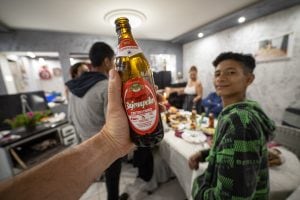 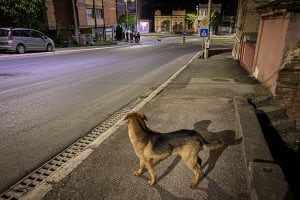 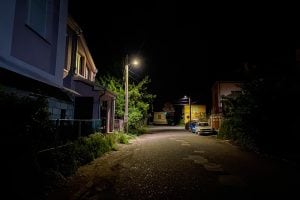