This post is about how I finally get permission to walk over the Bosphorus Bridge. It involves a run to the Governor’s Office and the Police.

I slept for a day, then I sat down with the Kantian to talk about my worries. The Bridge Problem. The goddamned Bridge Problem. Many people were trying to lobby the different ministries on my behalf, but so far no one seemed to have had any success.

a phone call away

“How about I call the Ministry Of Transportation to inquire?” said the Kantian.

I shrugged. I had called them before and they had just flat out said no, so I wasn’t very hopeful. But after the Kantian put down the phone he smiled at me and said: “Guess what.”

The Ministry Of Transportation had been lobbied by a lot of people and by the Ministry Of Tourism, and they were planning to give me the permit today. It was a Christmas Miracle!

There was a problem, though. The permit itself wasn’t enough – the Governor had to sign off, and so did the Police. It was Friday, the permit was valid through Sunday, and many government officials didn’t work on Friday afternoons.

“We’re going to have to go to them now,” said the Kantian, just as I was putting on my Santa hat. And there was another problem. Both the Governor’s Office and the Police Headquarters were on the other side of the Bosphorus.

But I have not reached that side, yet! I exclaimed. I didn’t want to see the Hagia Sophia in passing while I wasn’t even really on the continent, yet.

“Well, do you want to walk across the bridge?” asked the Kantian.

We took a ferry to the other side. We sat in the middle seats, and I didn’t look out of the window. When we got to the European side, I kept looking at the ground while I was following the Kantian to the Governor’s Office. When we walked past the Hagia Sophia, the fragment of the Million, and the Blue Mosque, the Kantian told me to pay extra attention not to look. I covered my eyes with my hands.

It took a while to get a hold of someone at the Governor’s Office, but when we did, a lady came out and voiced her surprise at the fact that we wanted to get a signature on the same day. The Kantian smiled and said something that I took to mean that we were idiots, upon which the lady asked us to wait.

Again I averted my eyes as we were boarding a tram. The Police Headquarters were huge and serious-looking. We went through a scanner like in an airport. The woman operating the scanner was very beautiful, and she smiled at my Santa hat.

We went through a courtyard and into a building, then somebody pointed us to an office door. The Police had received the Governor’s fax, and they were expecting us.

There was a moment of confusion as to why I needed a permission to cross the bridge from Asia to Europe when I was already on the European side, but the Kantian managed to explain, and they seemed to like my Santa hat.

In the end they complied and gracefully served us tea while we were making small talk. I told them of my love for sütlaç, for Trabzonspor, and for A101. They laughed.

And here was the plan, lobbied for by the Ministry Of Tourism and by countless friends, permitted by the Ministry Of Transport, signed off by the Governor’s Office and by the Police Headquarters: on Sunday, December 26th, the Second Christmas Day of 2021, I was going to cross the First Bridge, the Bosphorus Bridge, officially known as the 15 July Martyrs Bridge, with my Caboose and with a police escort.

This was my permission to walk over the Bosphorus Bridge.

I could not believe it. 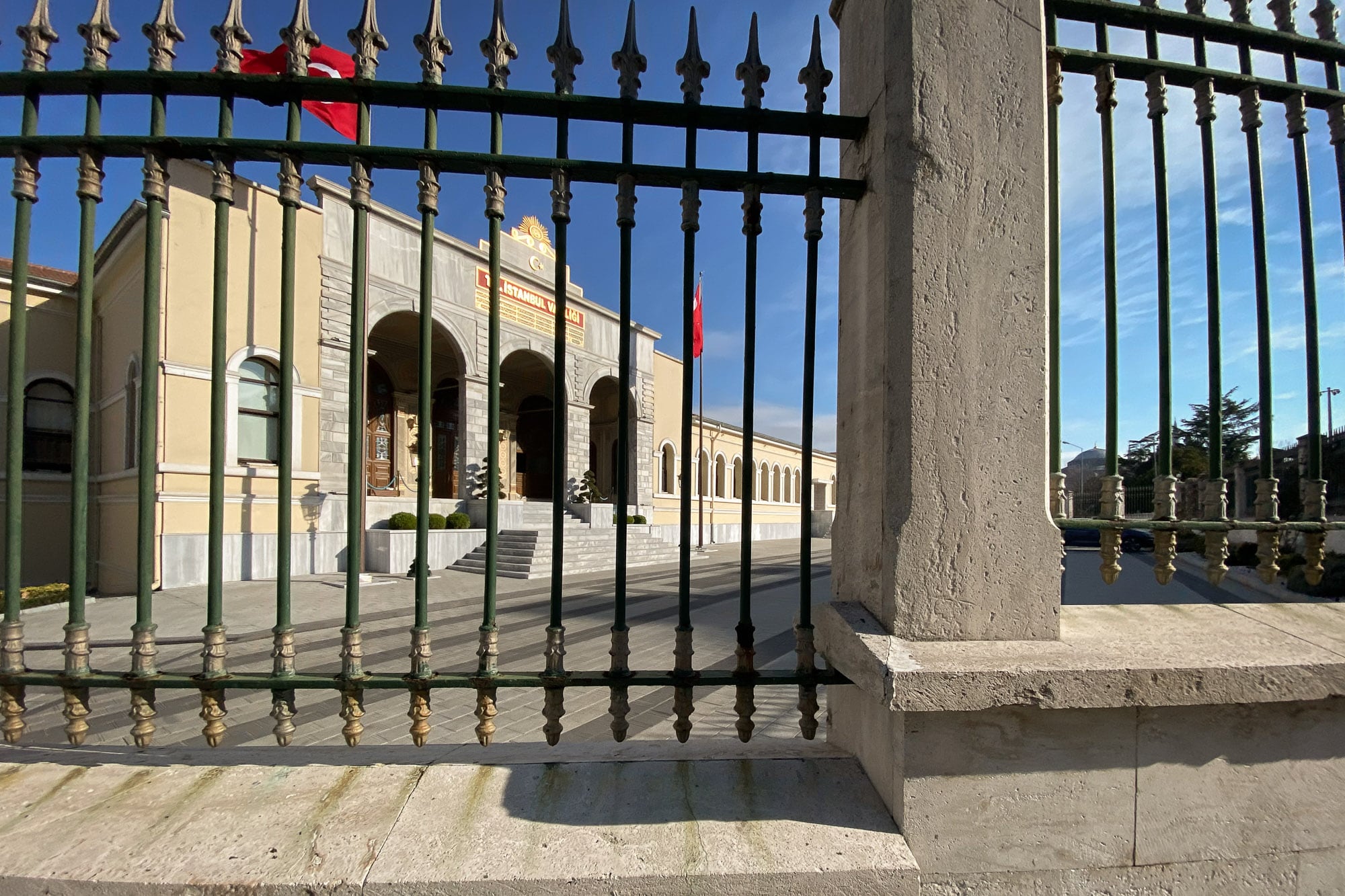 Trying not to see: 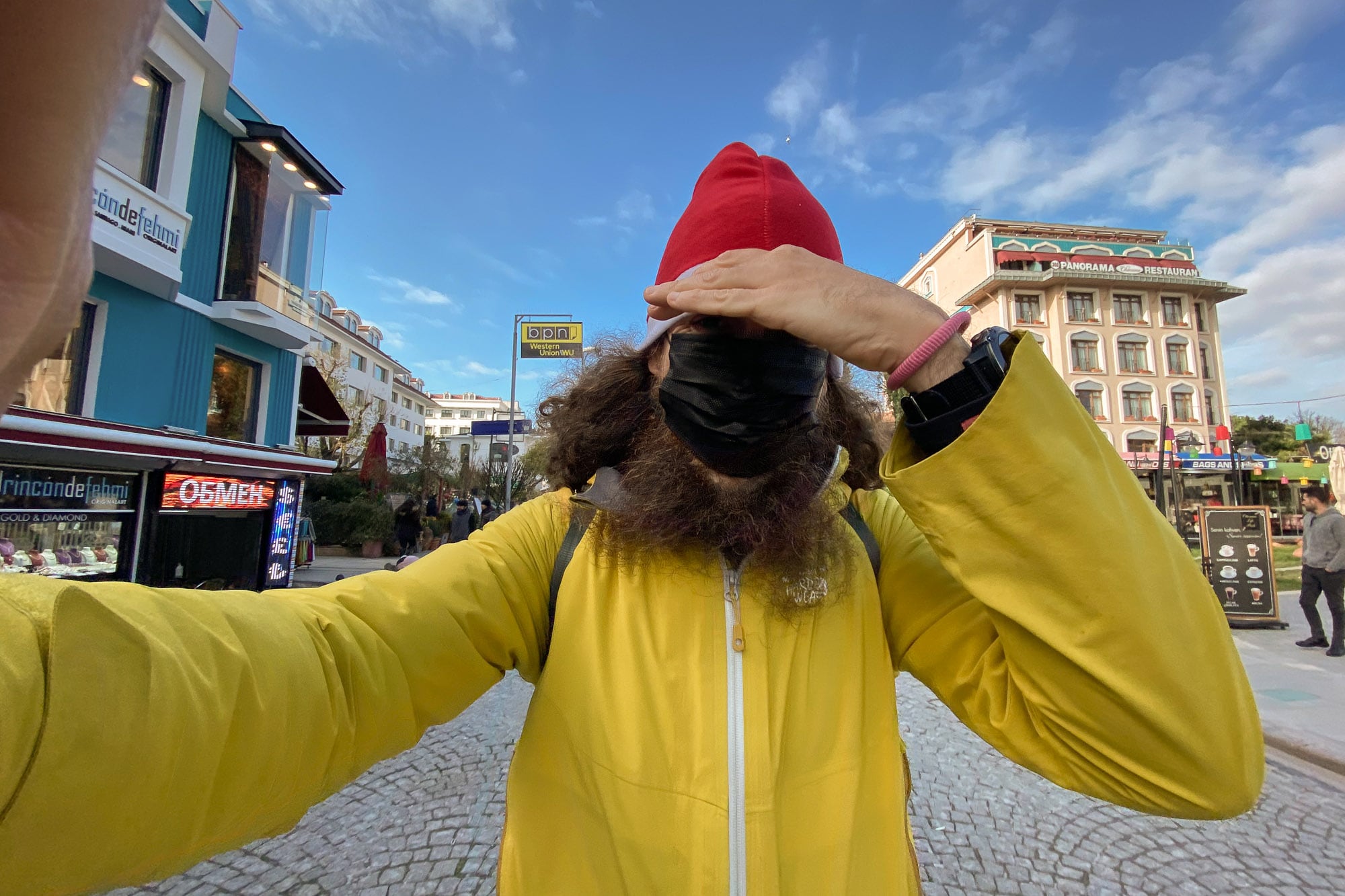 At the Police Headquarters: 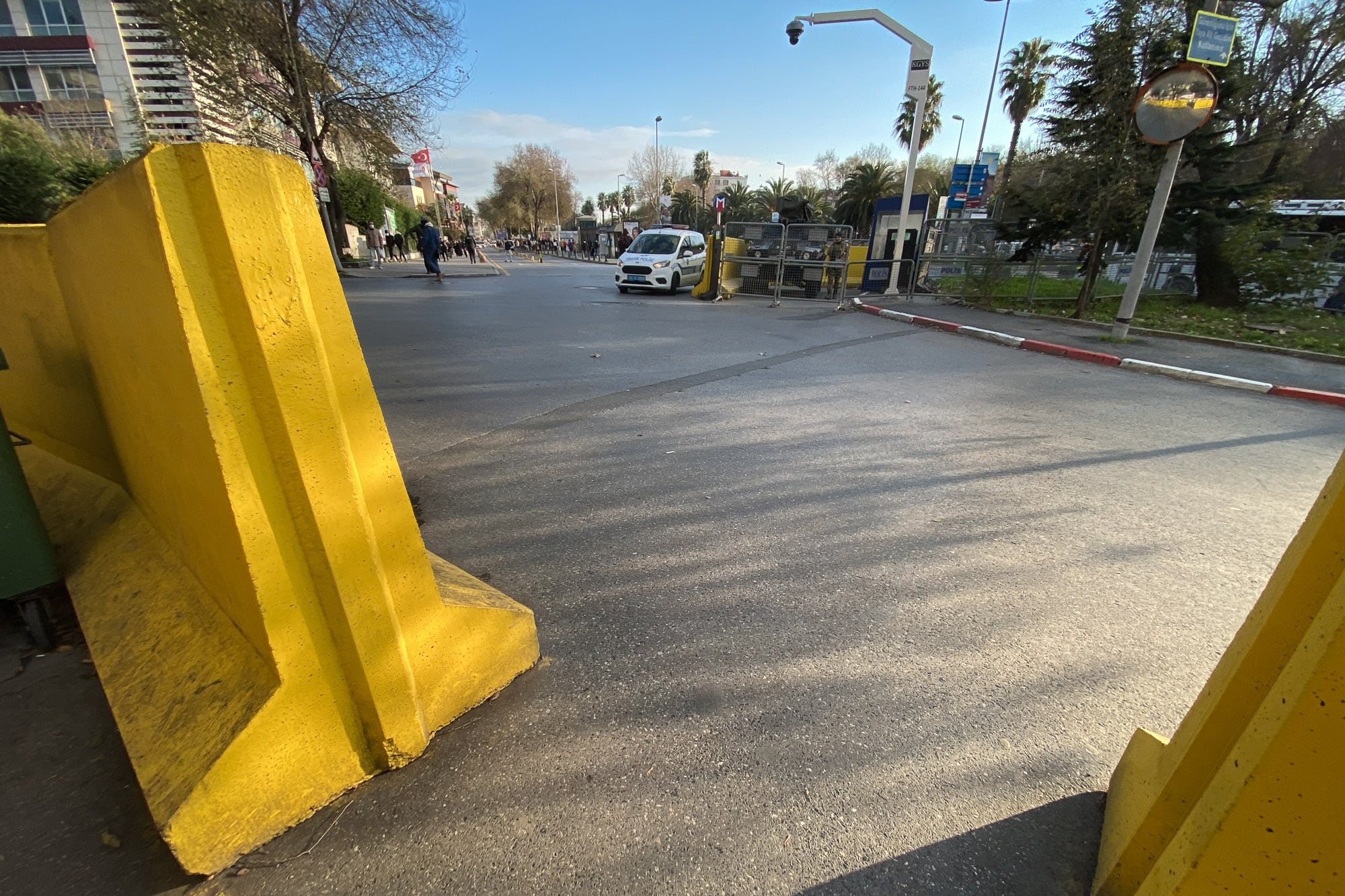 After it has been done: 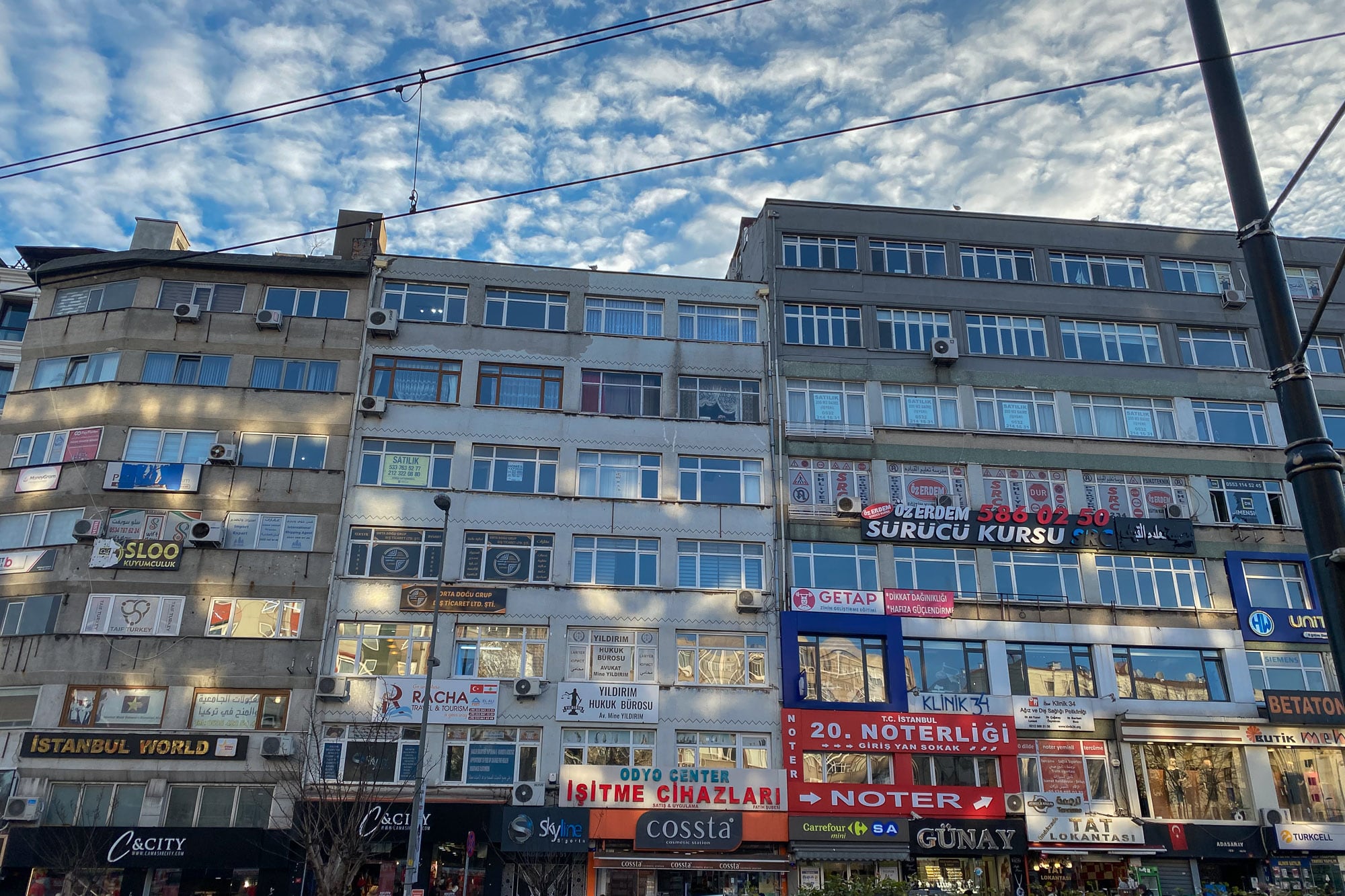