This post is about a 19km walk from Kovukkavla to Akcakoca. First I get held up by the wind, then it starts raining. And I meet an old cat.

When I started walking in the morning it was a bit more windy than usual. Also it was supposed to start raining by nightfall. I figured there wouldn’t be a problem, though. I would be in the next town by then, safe and sound in a hotel room while it was raining outside.

But the wind only got stronger. First it was blowing leaves and plastic wrappers around. Then cans and bottles. After about an hour, when I had just reached a gas station with a café next to it, chairs and garden pots were being pushed over. I decided to park the Caboose in a back room and wait it out.

This was where I met Clara.

The owners of the café gave me tea and simit. Since there was nothing to do they were playing backgammon, and they introduced me to their two cats. One was young and friendly, and her name was Cilek. The other one was old and apparently a bit beasty. This one was Clara. I played with Cilek for a while, but as the winds got more violent she got spooked and ran off.

Can I play with Clara? I asked.

“You can try,” said the owners.

That’s when they told me that she was 23 years old. Twenty-three. I couldn’t believe it. This little white cat had been born two years before the turn of the millennium.

learn from the wise

And yes, Clara was a bit beasty, but only when she got annoyed. And she had no patience for bullshit. When I tried to get her attention, she ignored me. When I stuck out my hand, she hissed. But once I sat down on the couch and looked out the window, doing absolutely nothing, she decided to come into my lap.

I stayed until the winds got a bit less violent, then I started walking again. I didn’t want to get caught in the evening rain.

But of course I did.

The Black Sea near Kovukkavla: 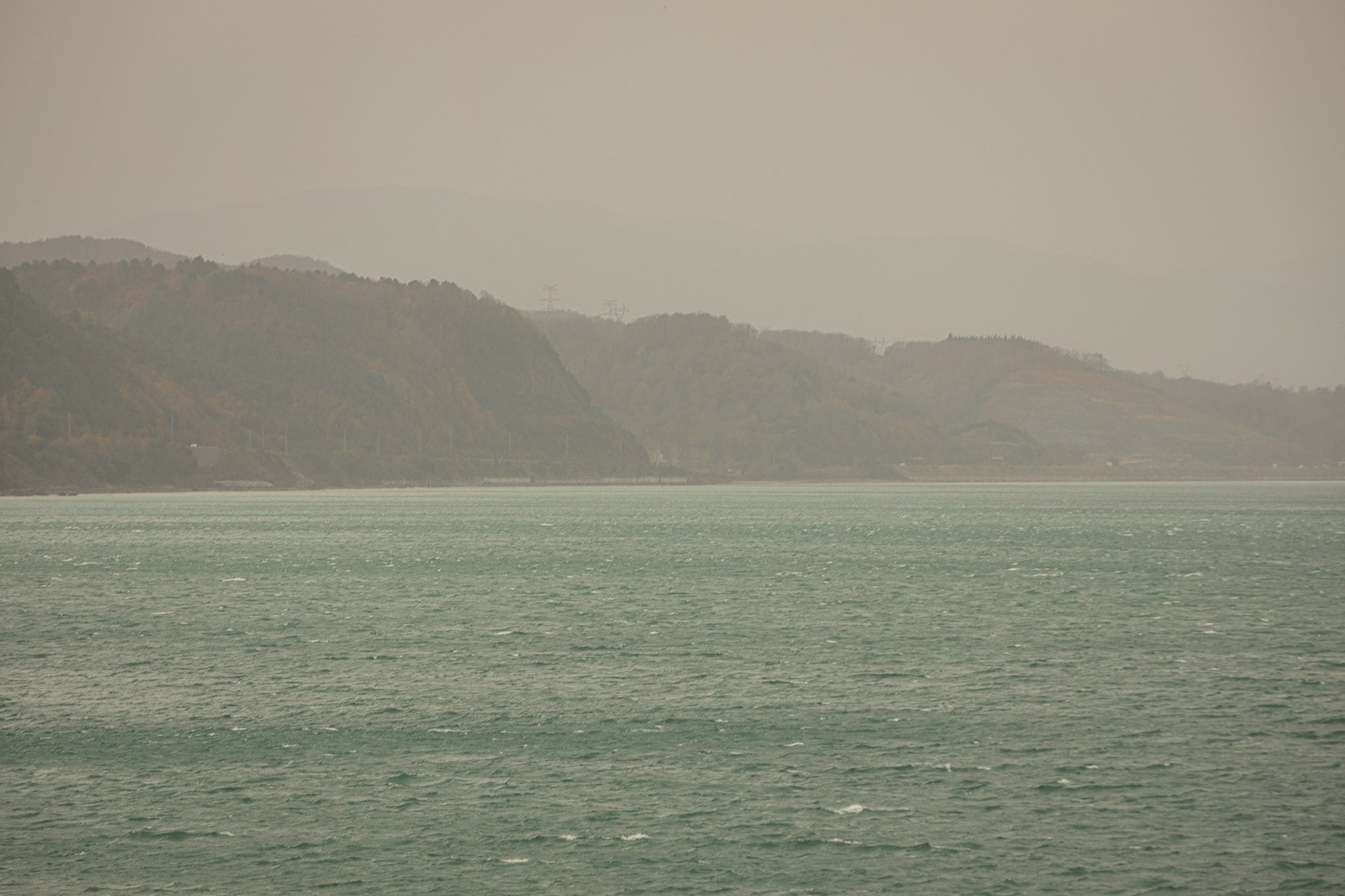 Gas station on the way to walk from Kovukkavla to Akcakoca: 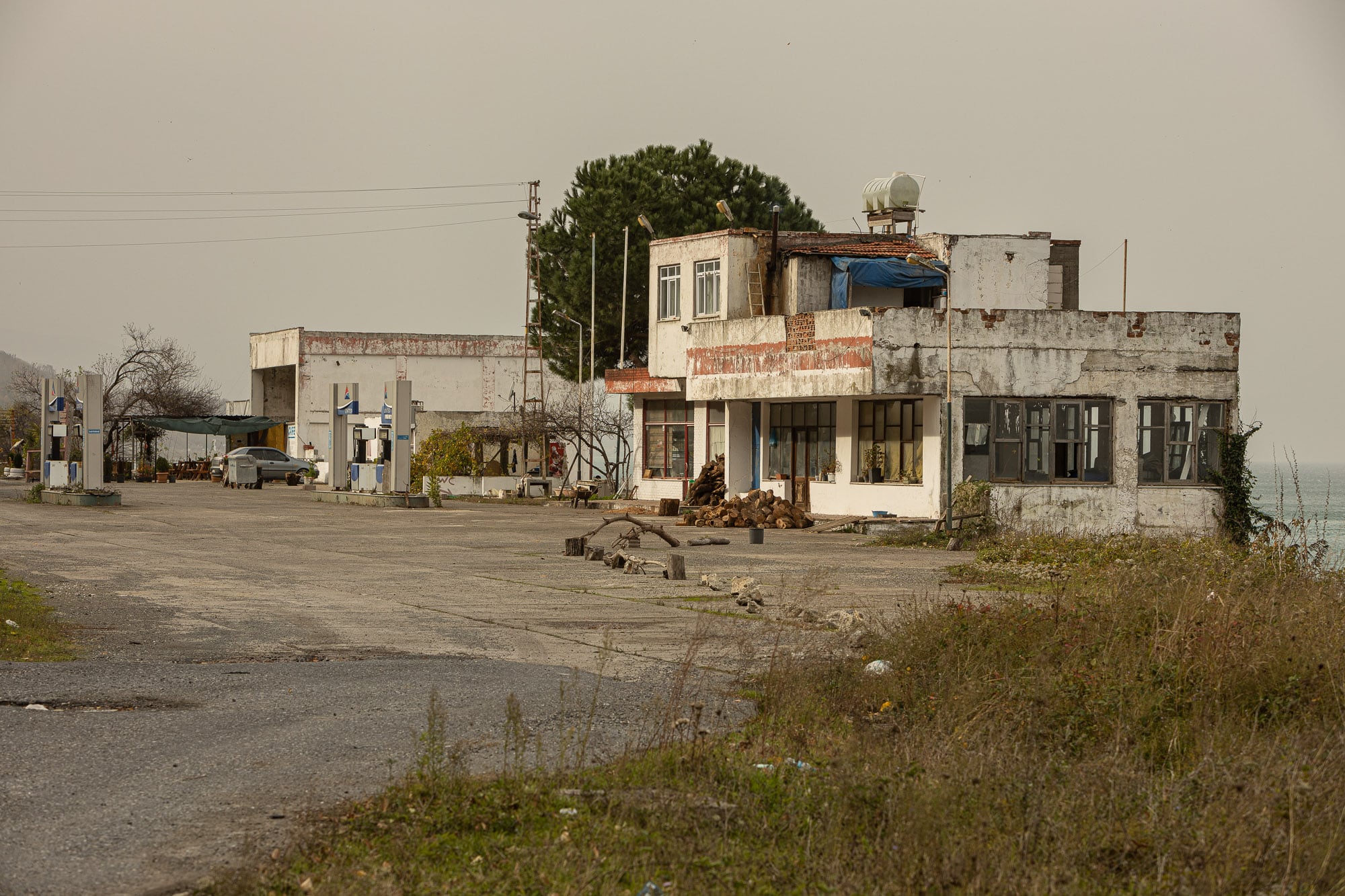 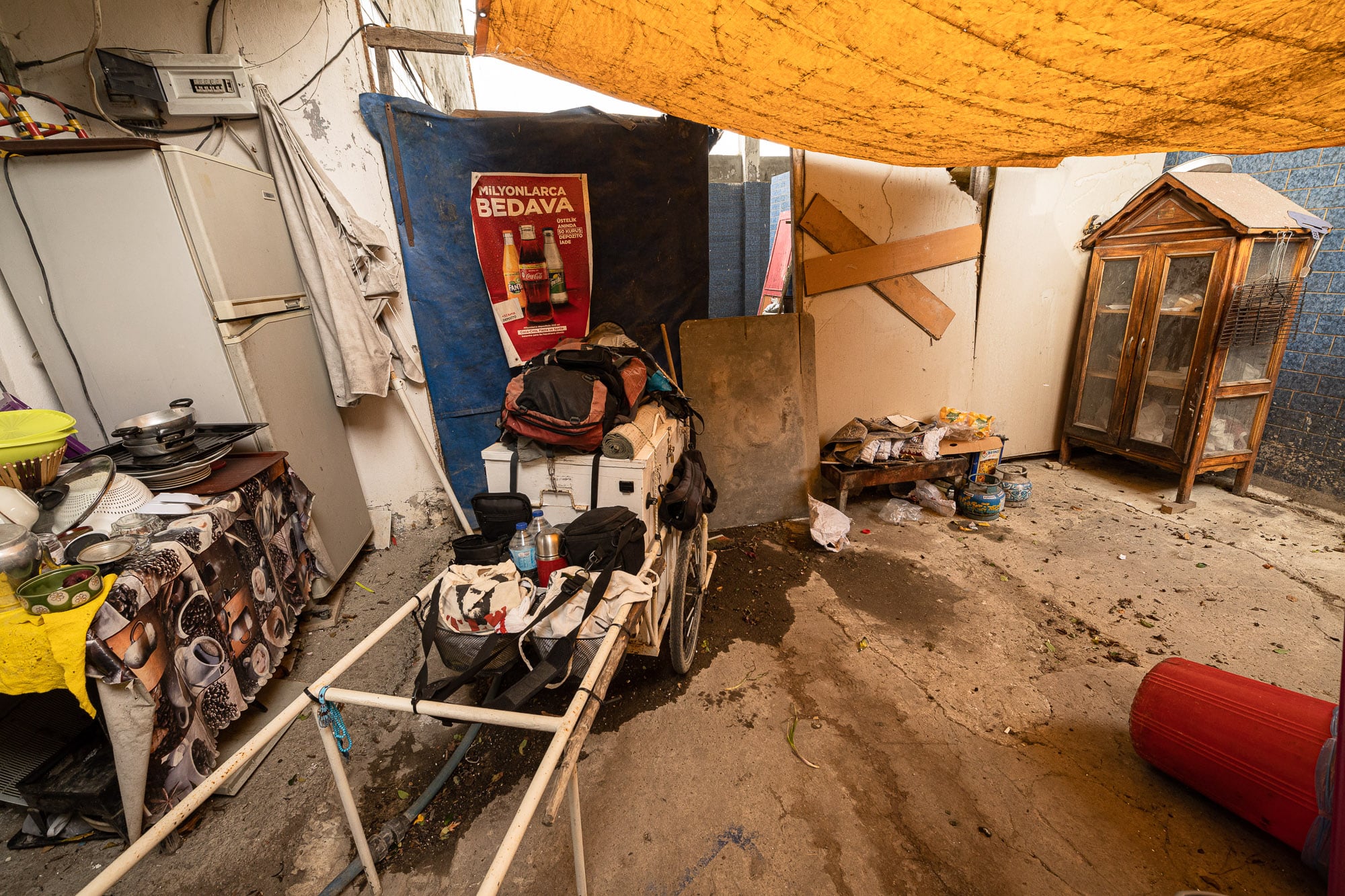 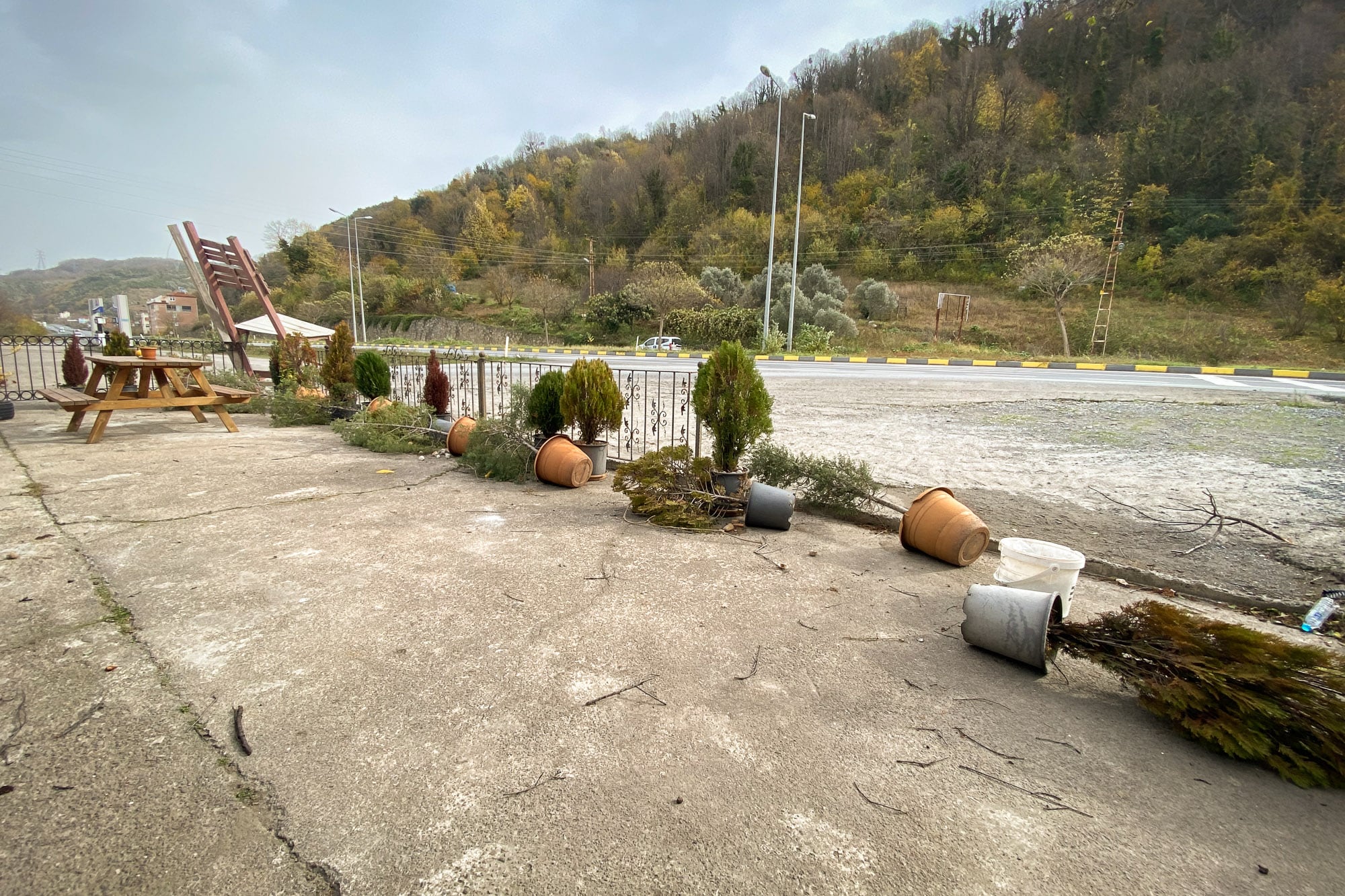 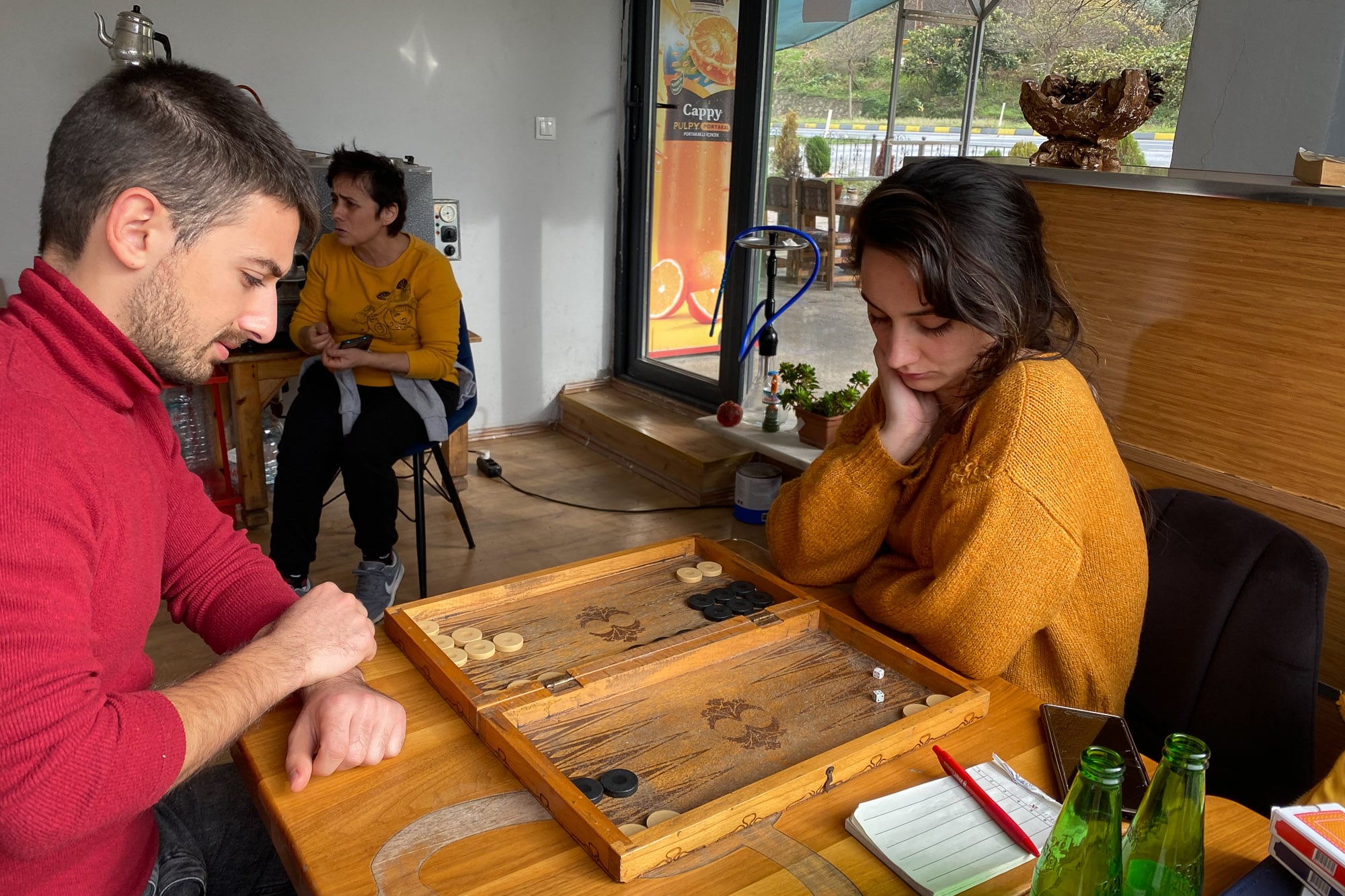 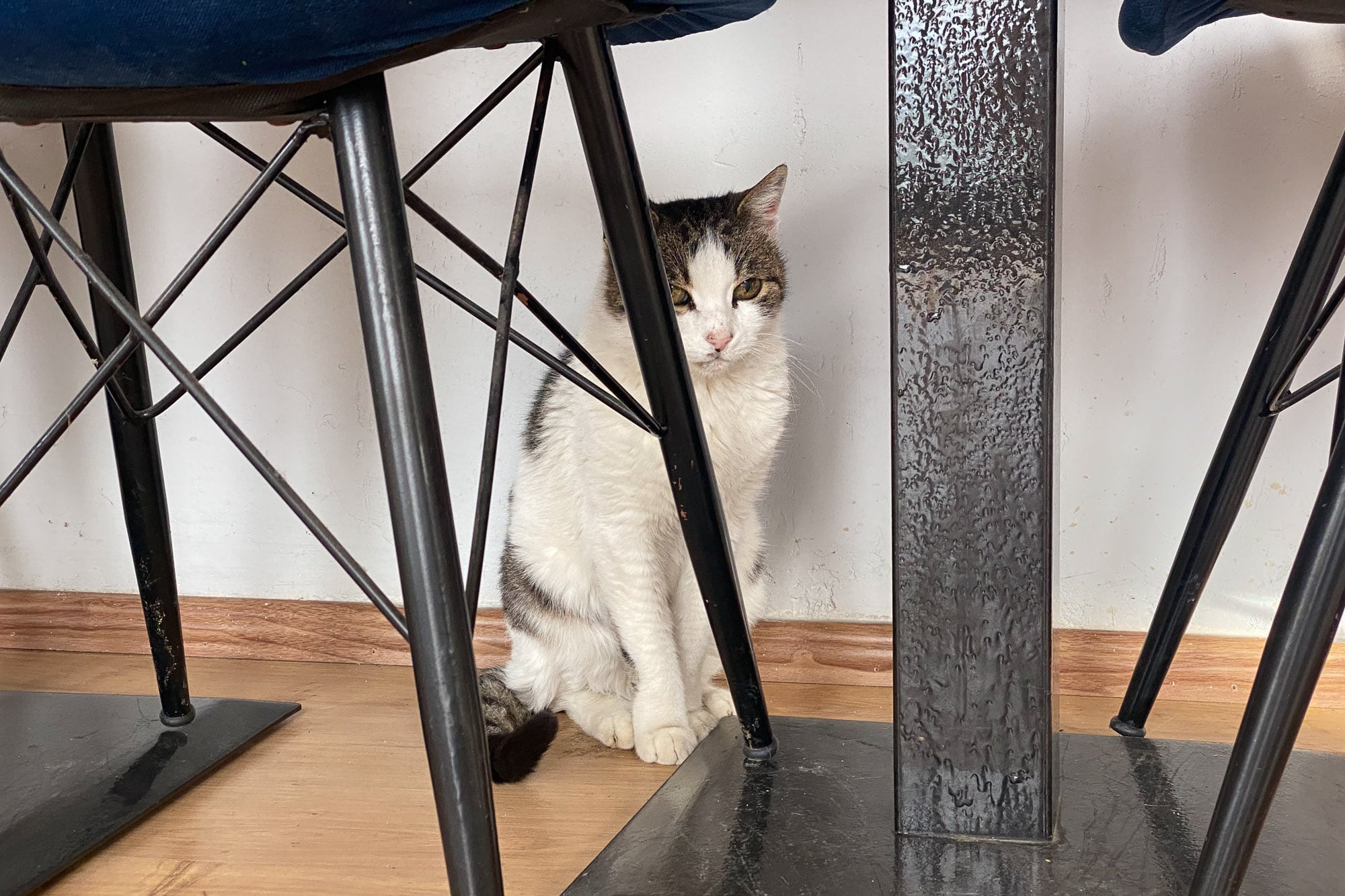 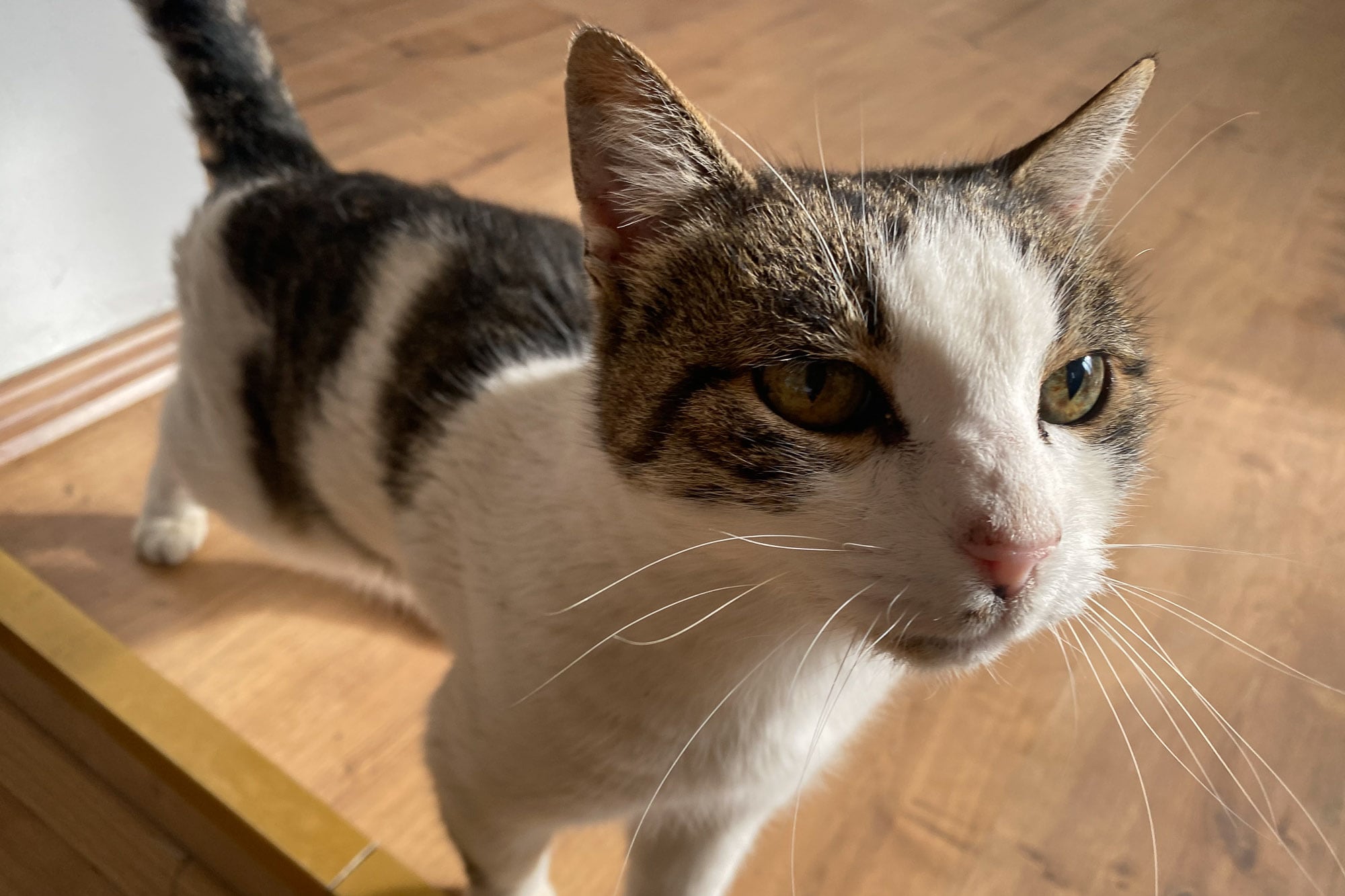 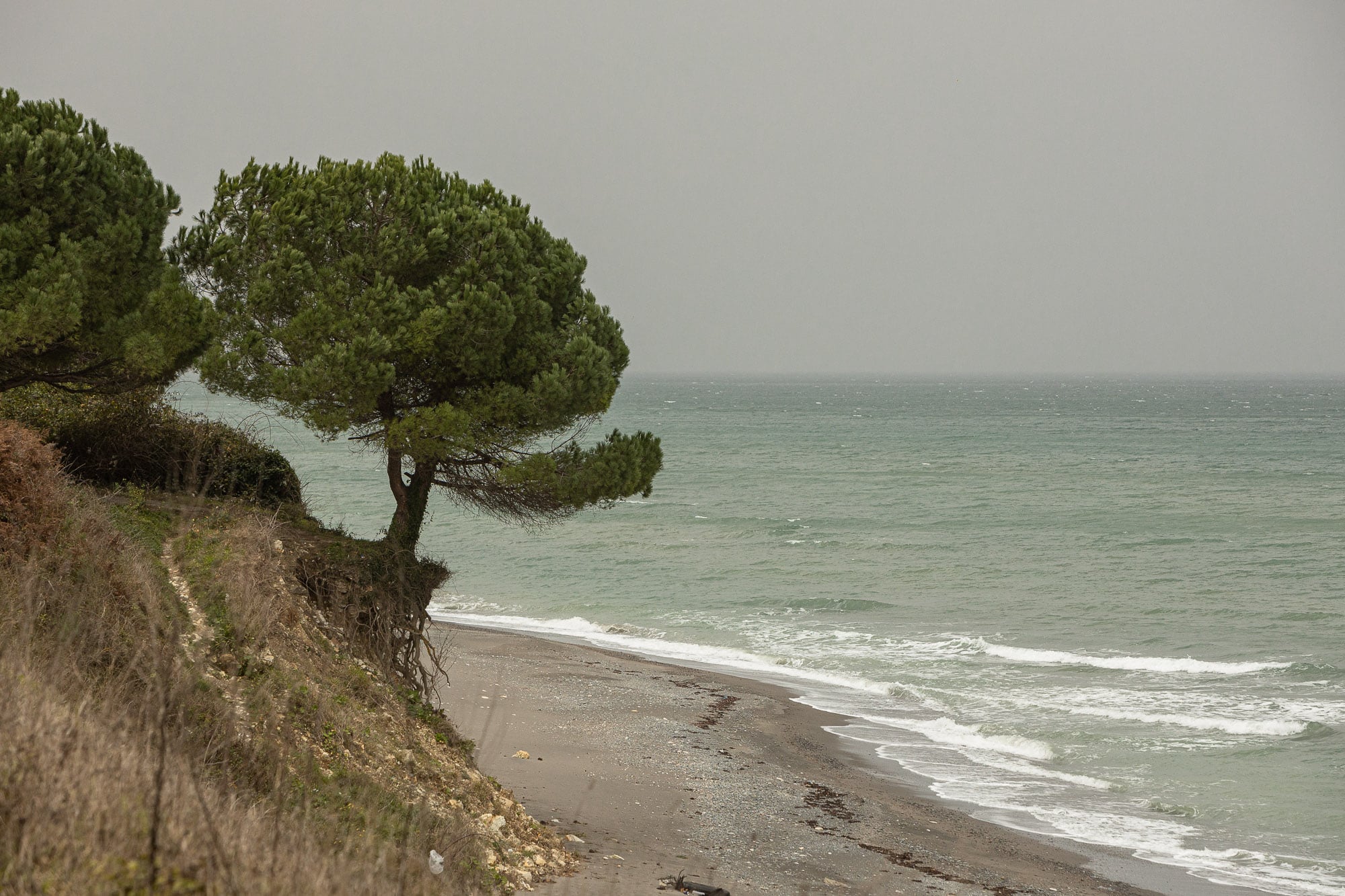 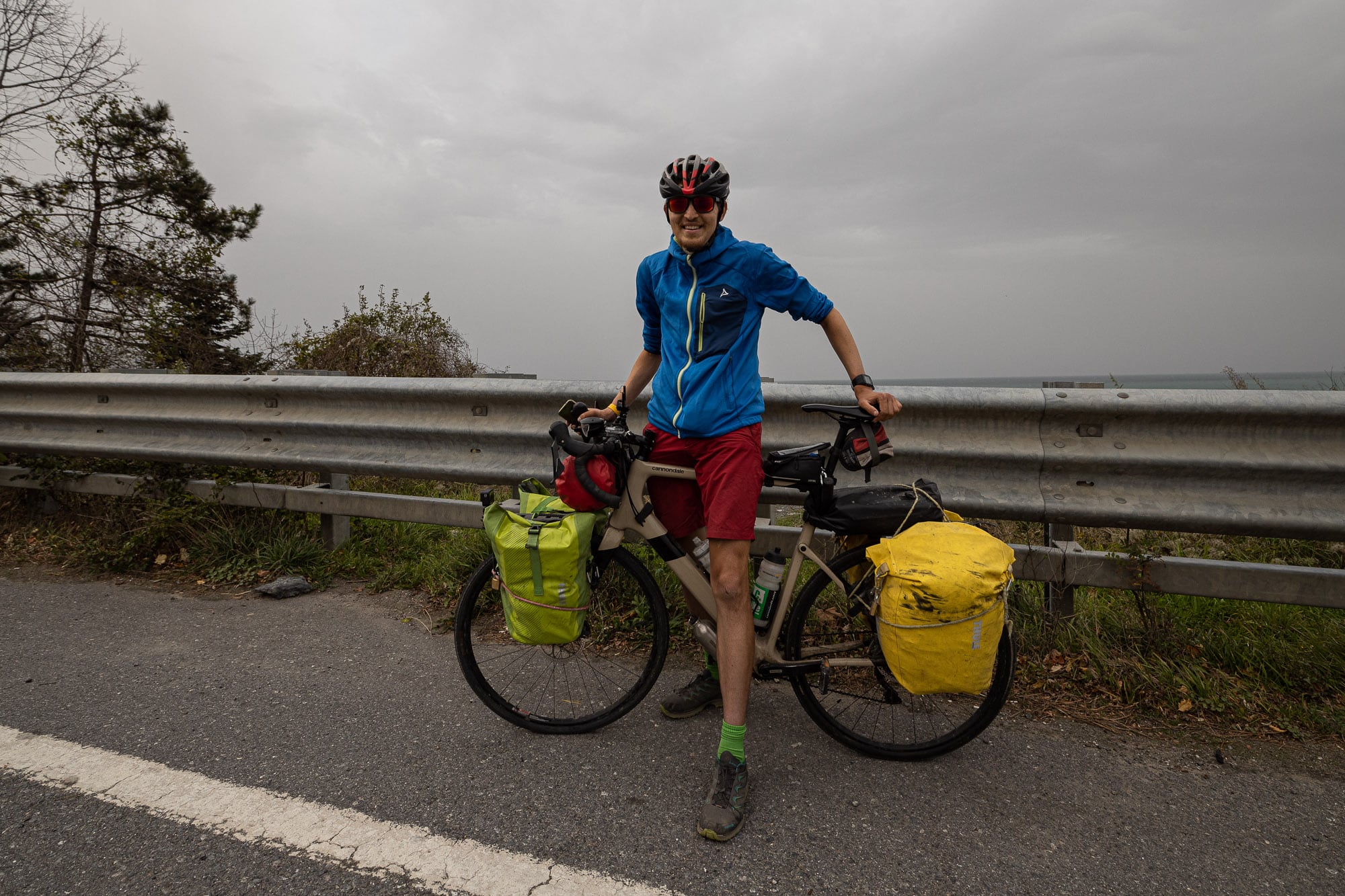 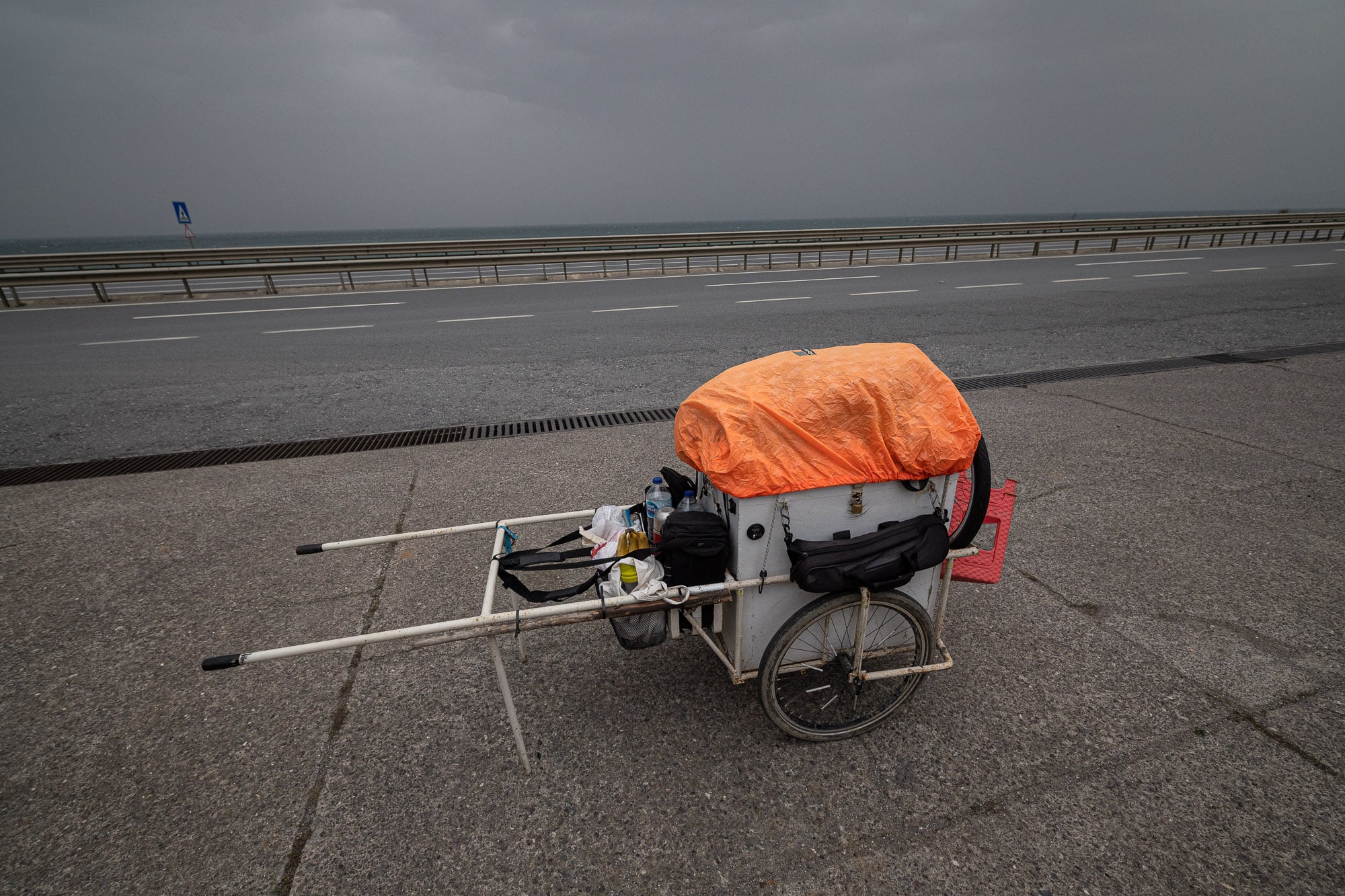 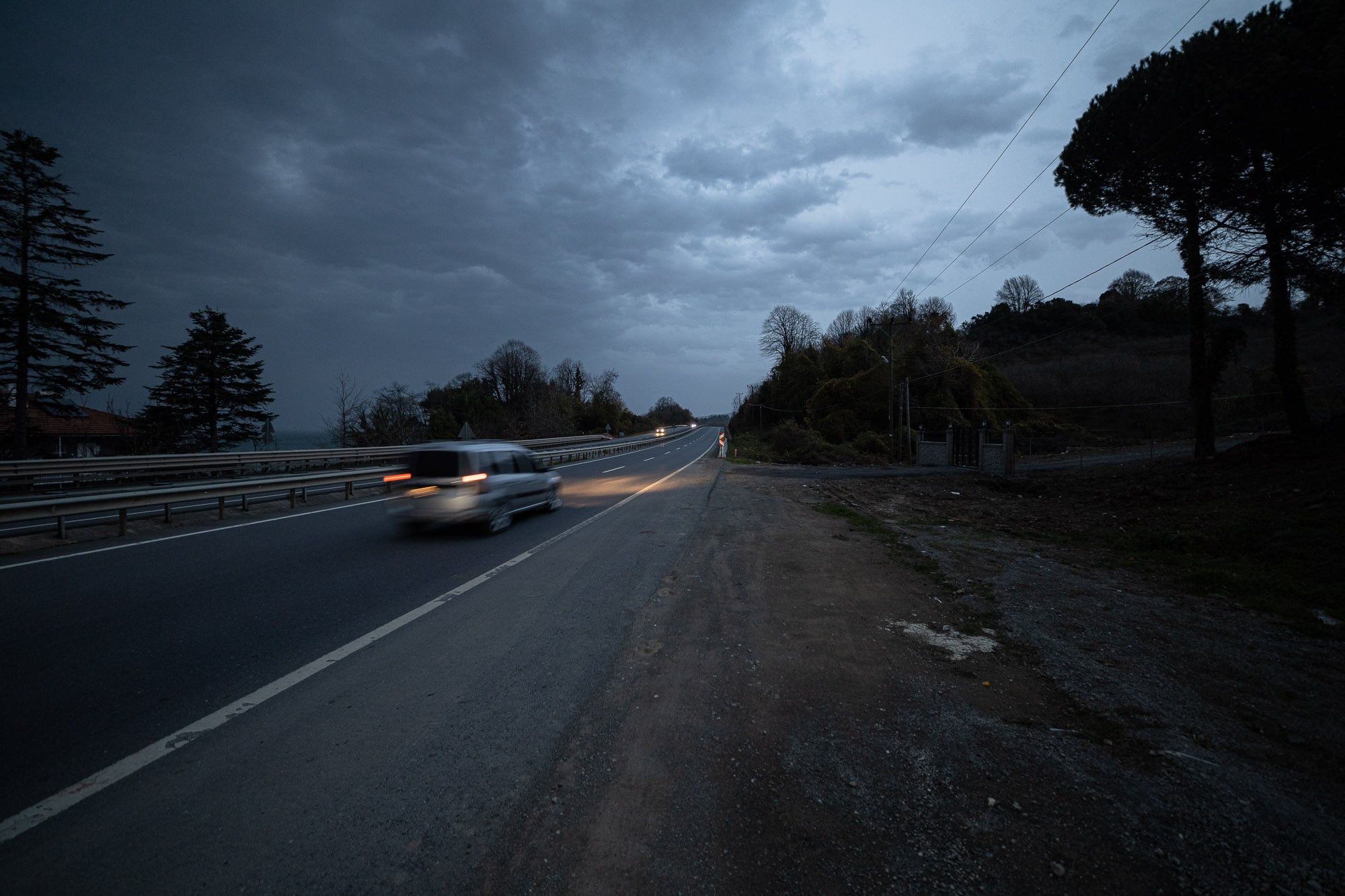 A proper sütlaç must have a bunch of ground hazelnuts on top: 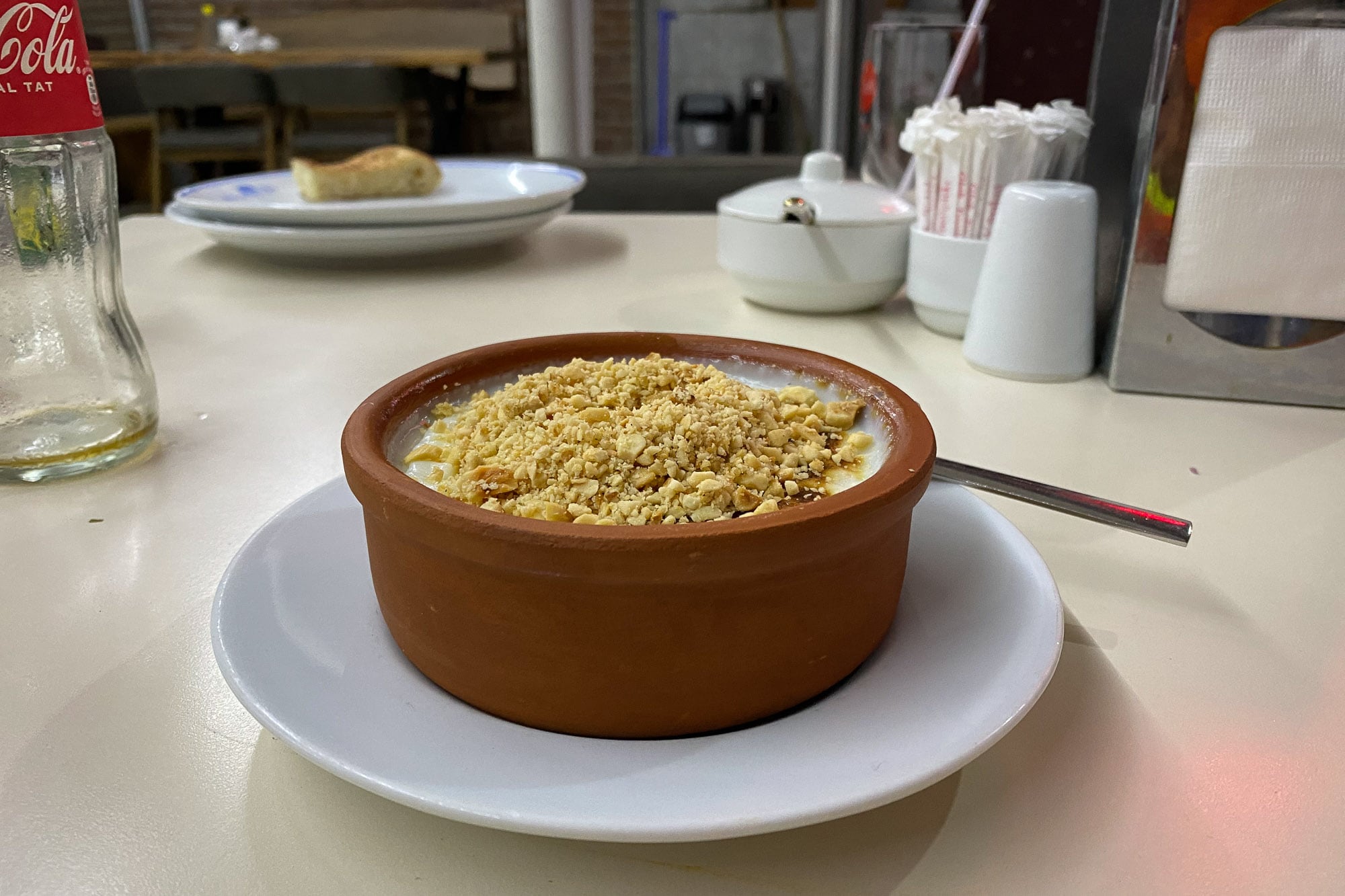 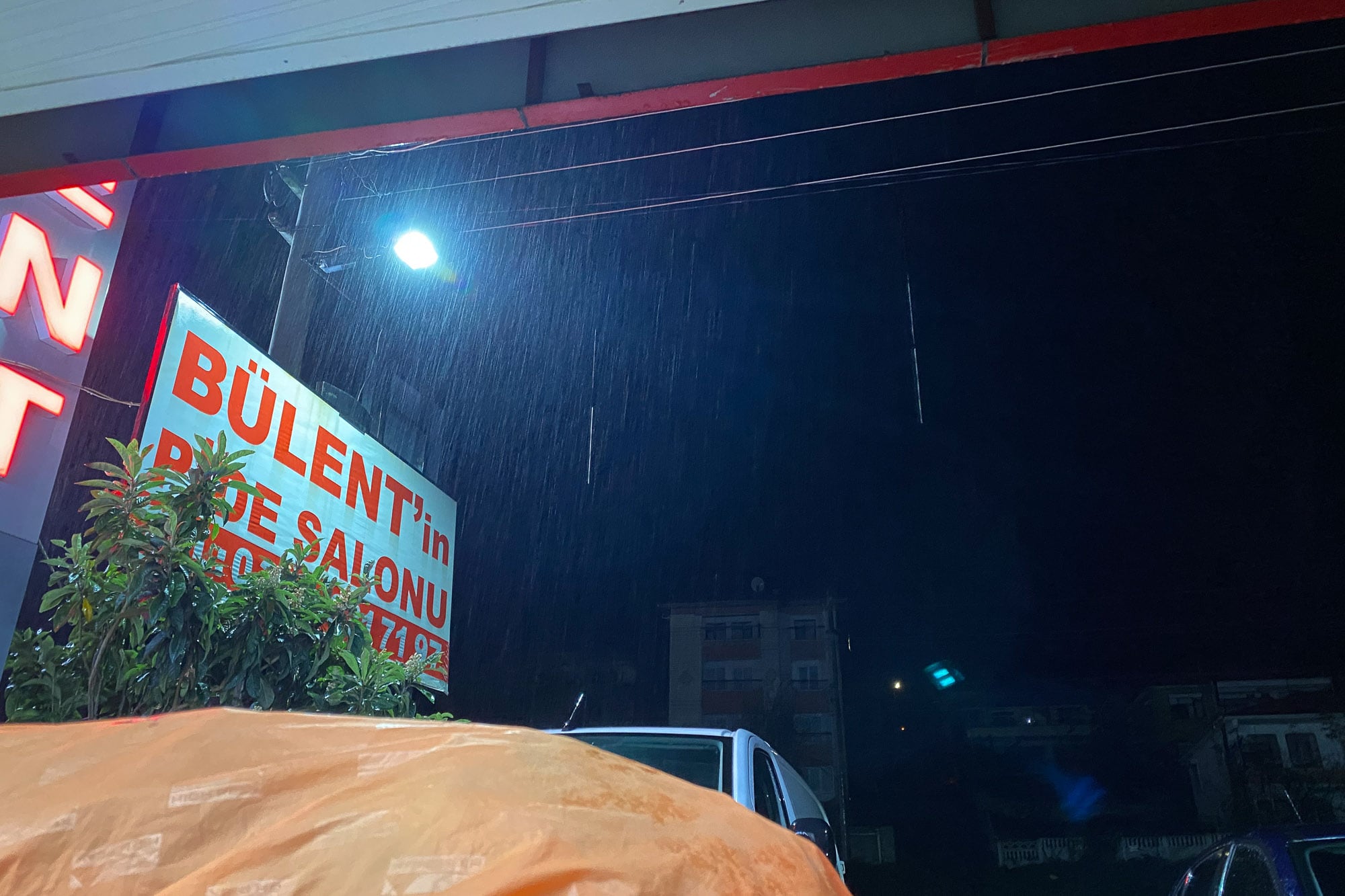