This post is about a rest day in Cakraz. It’s also about some pharmacy troubles and about my newfound love for the supermarket A101.

The Kantian stayed for breakfast. Then he left because he had responsibilities. It wasn’t easy being a Kantian, especially not in 2021.

I wore the Kantian’s jacket when we said goodbye. Also, we had swapped tents – mine was in his backpack, and his was in the Caboose. He waved his hand in the cold air of the morning, then he was gone.

My back still hurt. I had likely thrown it out a bit by pushing the Caboose. So I went to a pharmacy to get some pain killers, and while I was there I asked them if they could order a monthly pack of my MS medication. I needed it soon. They said no. I would have to go to Amasra to get it, they told me, or maybe even to Bartin.

I left with some diclofenac and a hot patch.

To cheer myself up I went to my favorite Turkish supermarket. It’s called A101. There are basically five large supermarket chains in Turkey that I know of:

Now here’s the thing: those who’ve gotten to know me in Turkey know that I’m originally a Şok guy. I love Şok. Or rather: I love being shocked by Şok.

But lately the A101 supermarket chain has won my heart. First of all they are really everywhere. If Turkey ever has a moon mission I am sure they will find an A101 up there. Also, A101 has a very catchy slogan: harca harca bitmez. This seems to mean something along the lines of “keep spending and spending, and you will still have some money left”. I for one refer to A101 exclusively as harca harca.

But there is something else: harca harca has some weirdly awesome shit in their product range. Take those plastic bags of cooked beans, for example. They are perfect for my purposes. The bag itself hardly weighs anything, and the content is ready to eat and tastes decent. Who needs stupid aluminium cans if you have harca harca?

a few words about Cakraz

Anyway, enough about supermarkets. Cakraz turned out to be the sleepiest place ever. And not like Doganyurt, which was just incredibly relaxed. The whole town of Cakraz had a sort of deserted feel to it. There were so many hotels, guesthouses, cafés, and restaurants, but almost all of them were closed. There was no heating in my room.

I found a teahouse where some gentlemen were hanging out, looking at their deserted town. They told me that Cakraz had a population of 1000, but in the summer it swelled to about six times that size.

There was a seashell in my pocket. I had picked it up on the beach. I looked at it for a while, wondering if I was going to be able to walk the next day. Then I decided to try it anyway. 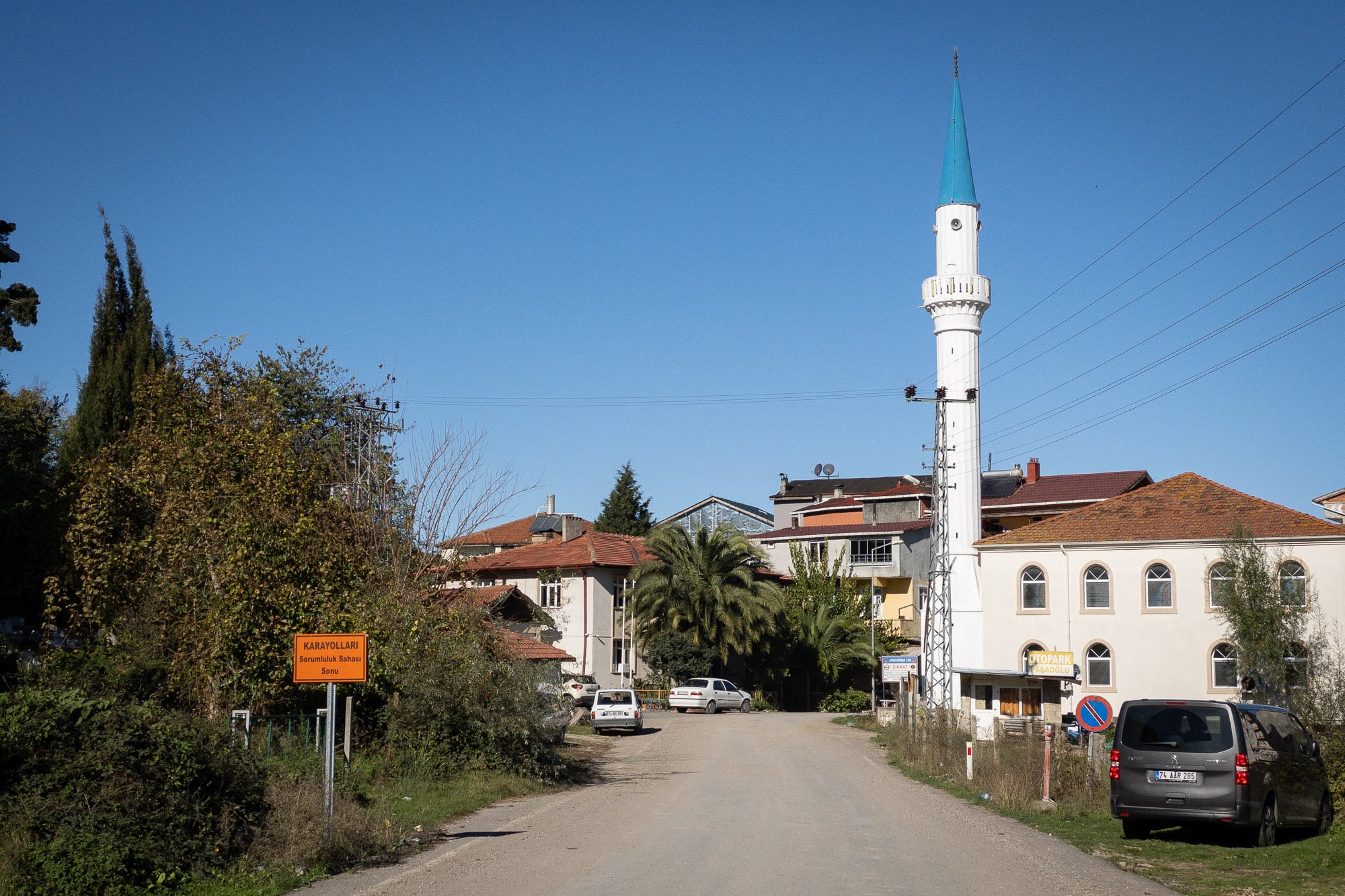 Fruits, vegetables, and candy in an A101 supermarket: 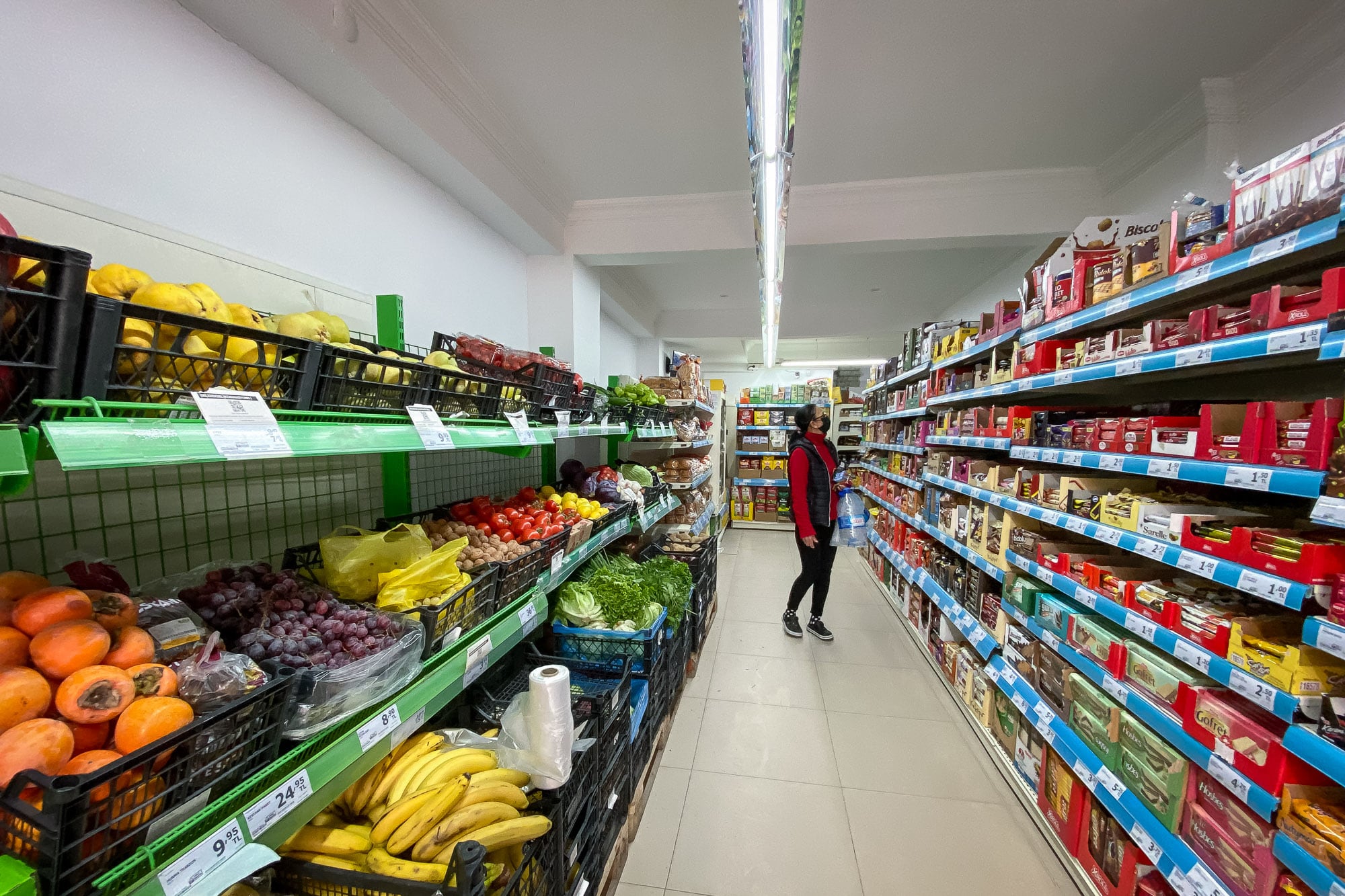 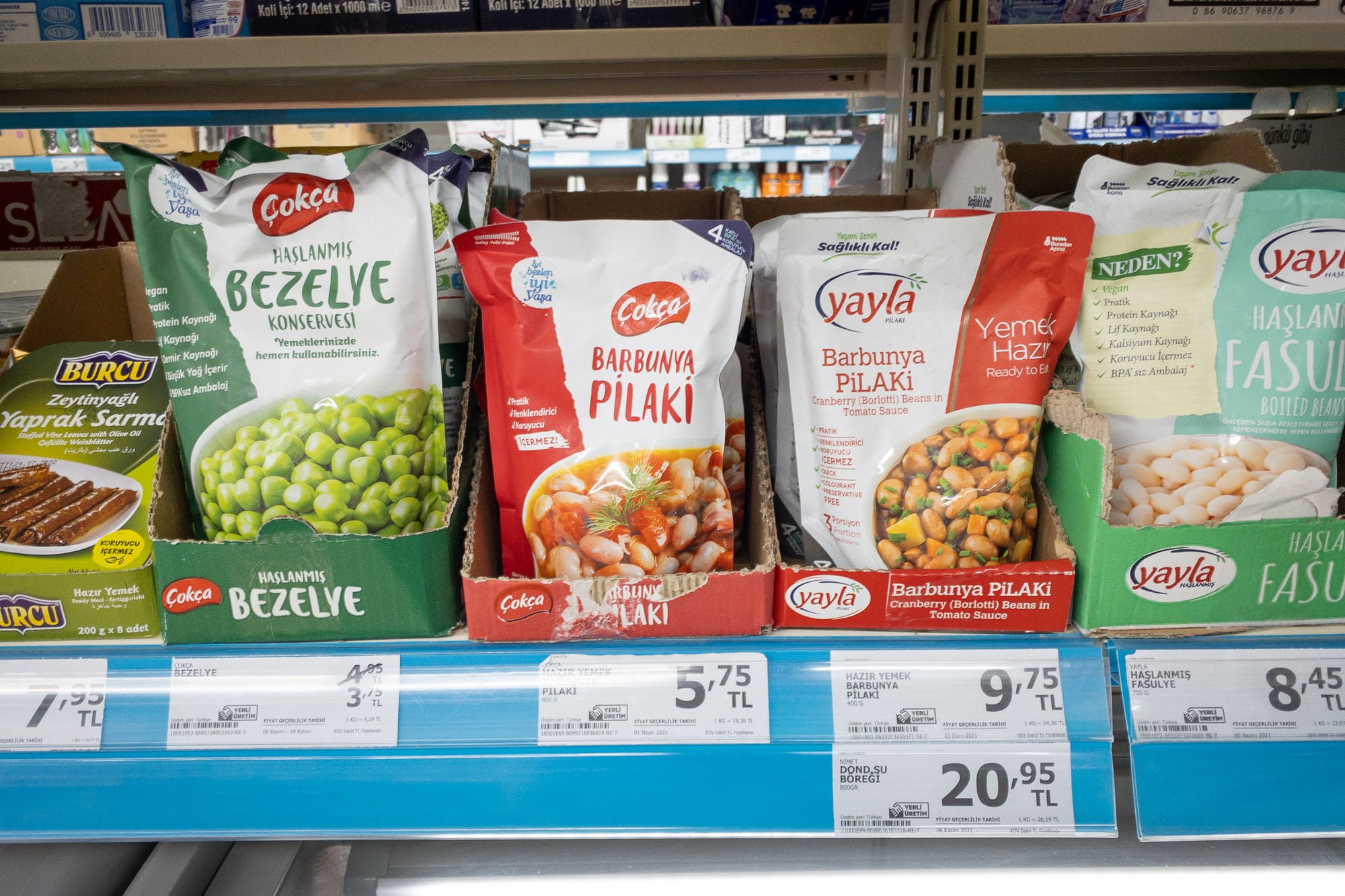 But of course you can also get some random other things there: 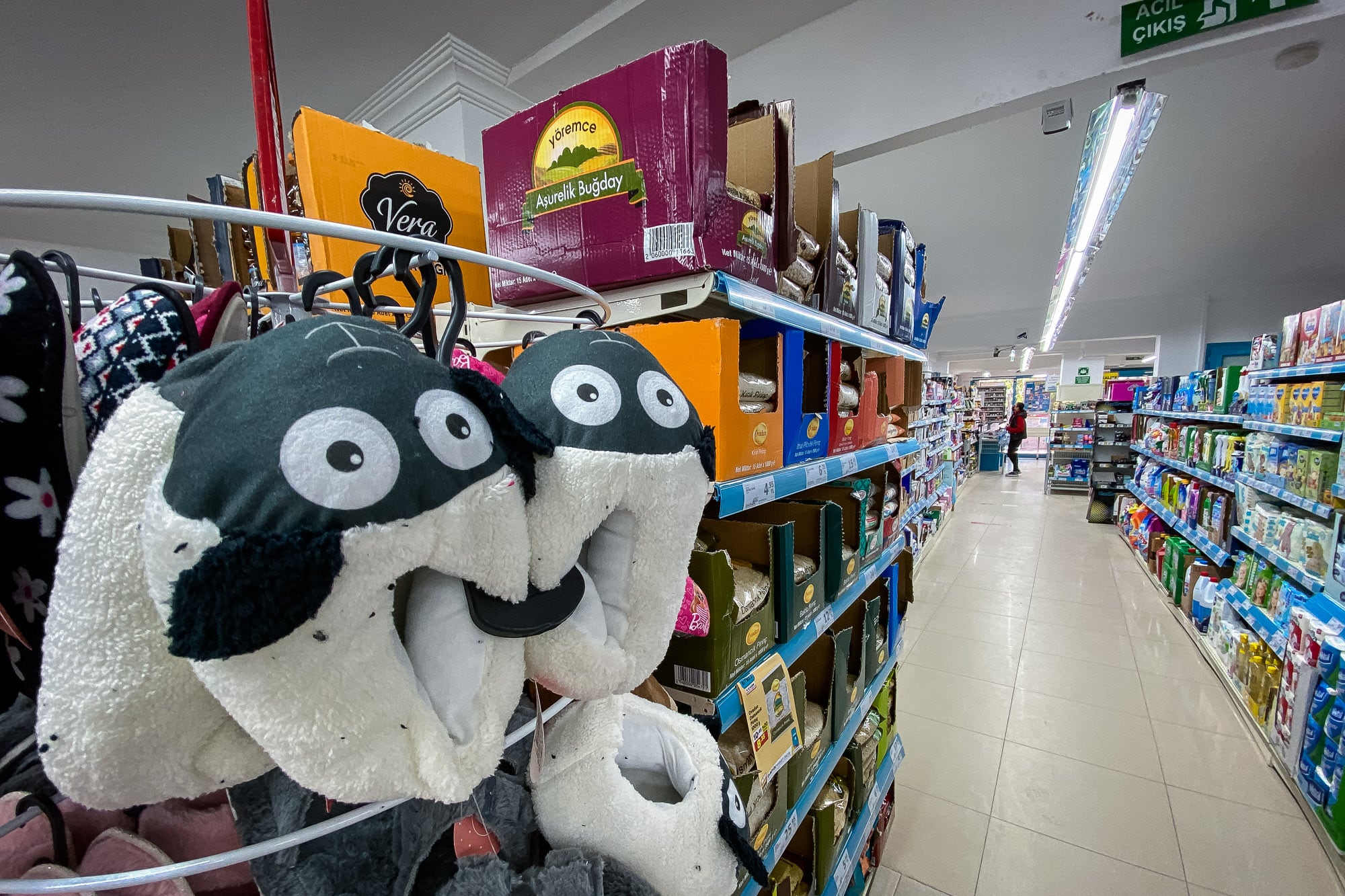 Everyone knows I love my harca harca: 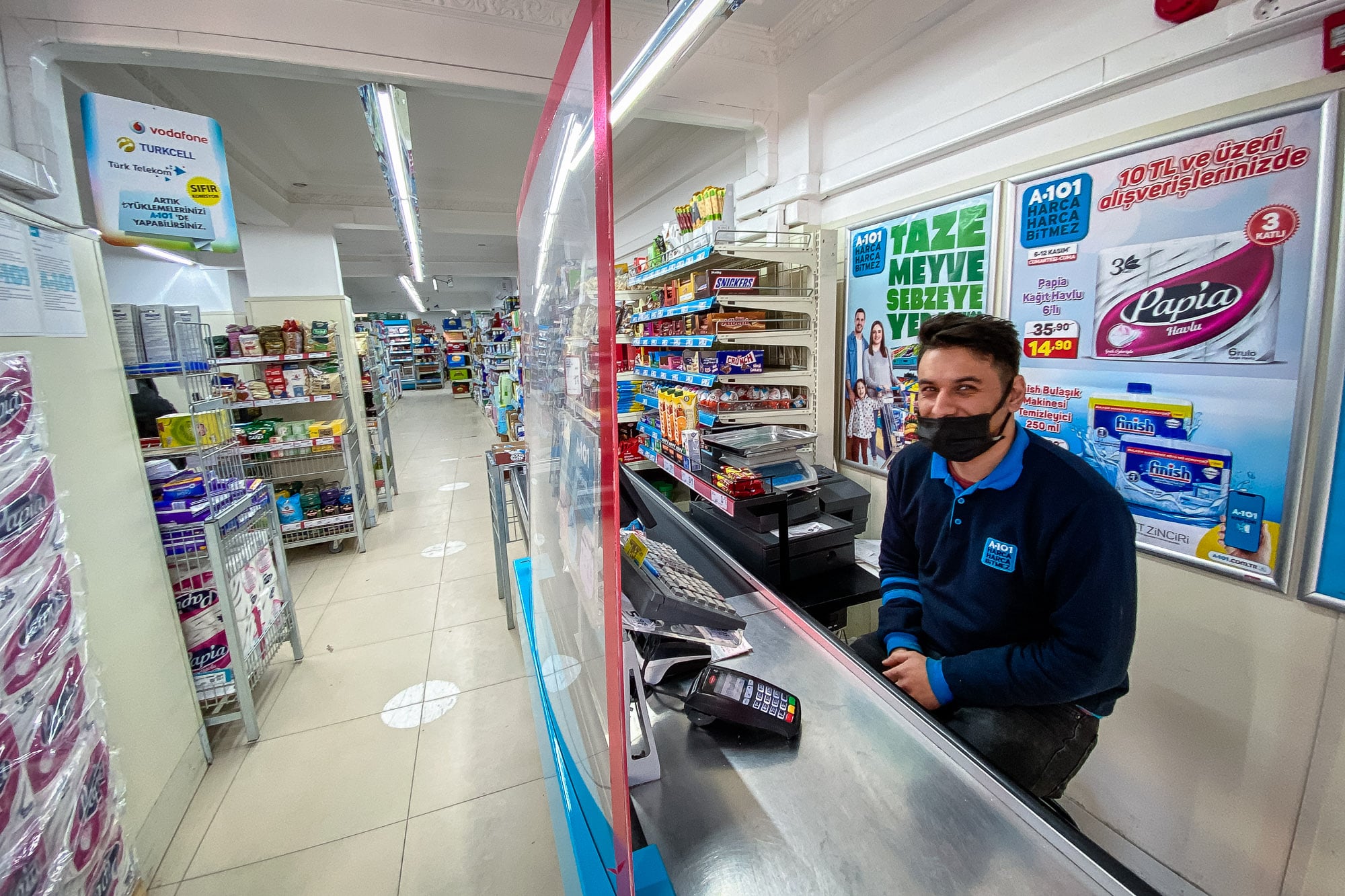 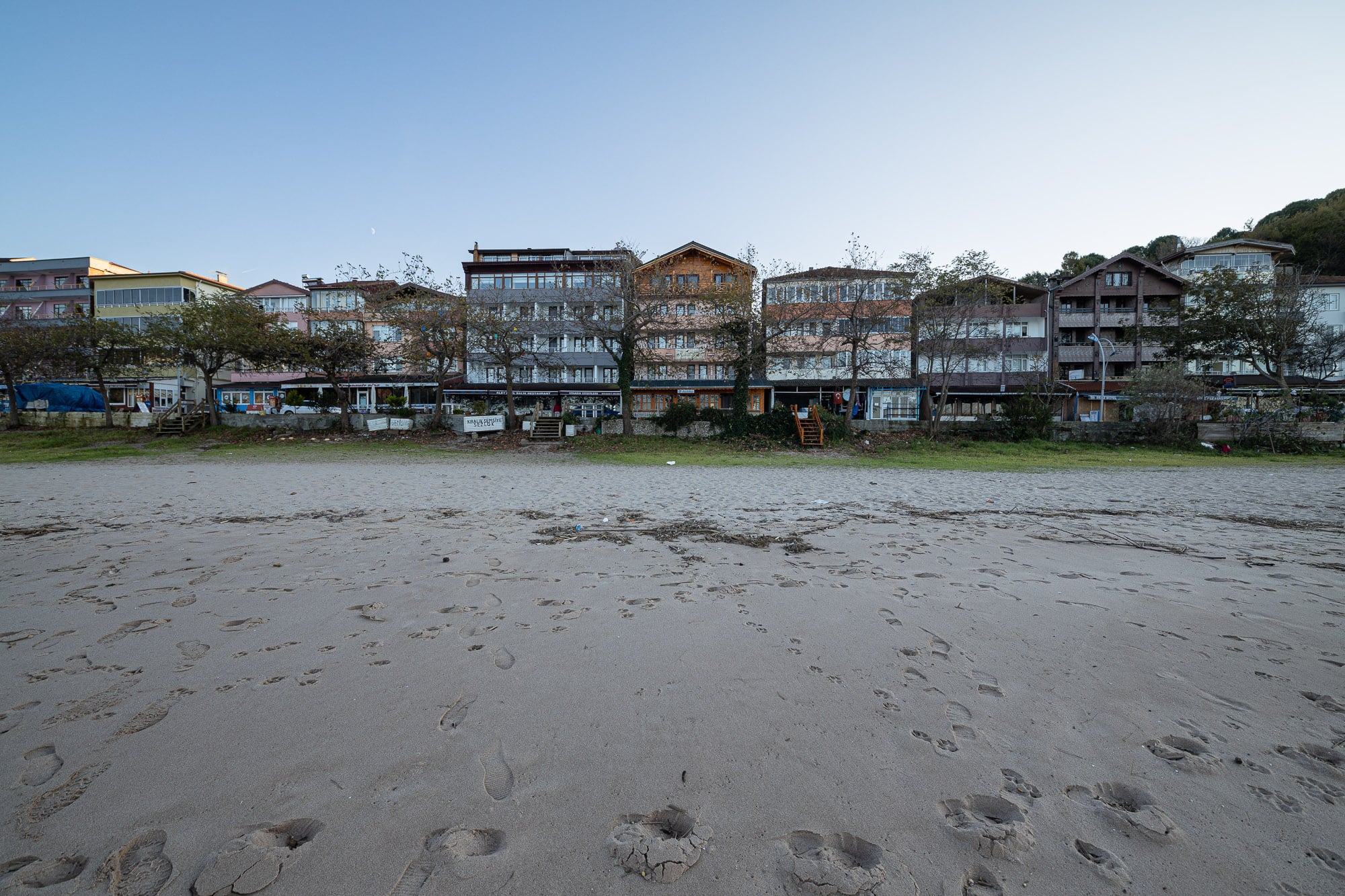 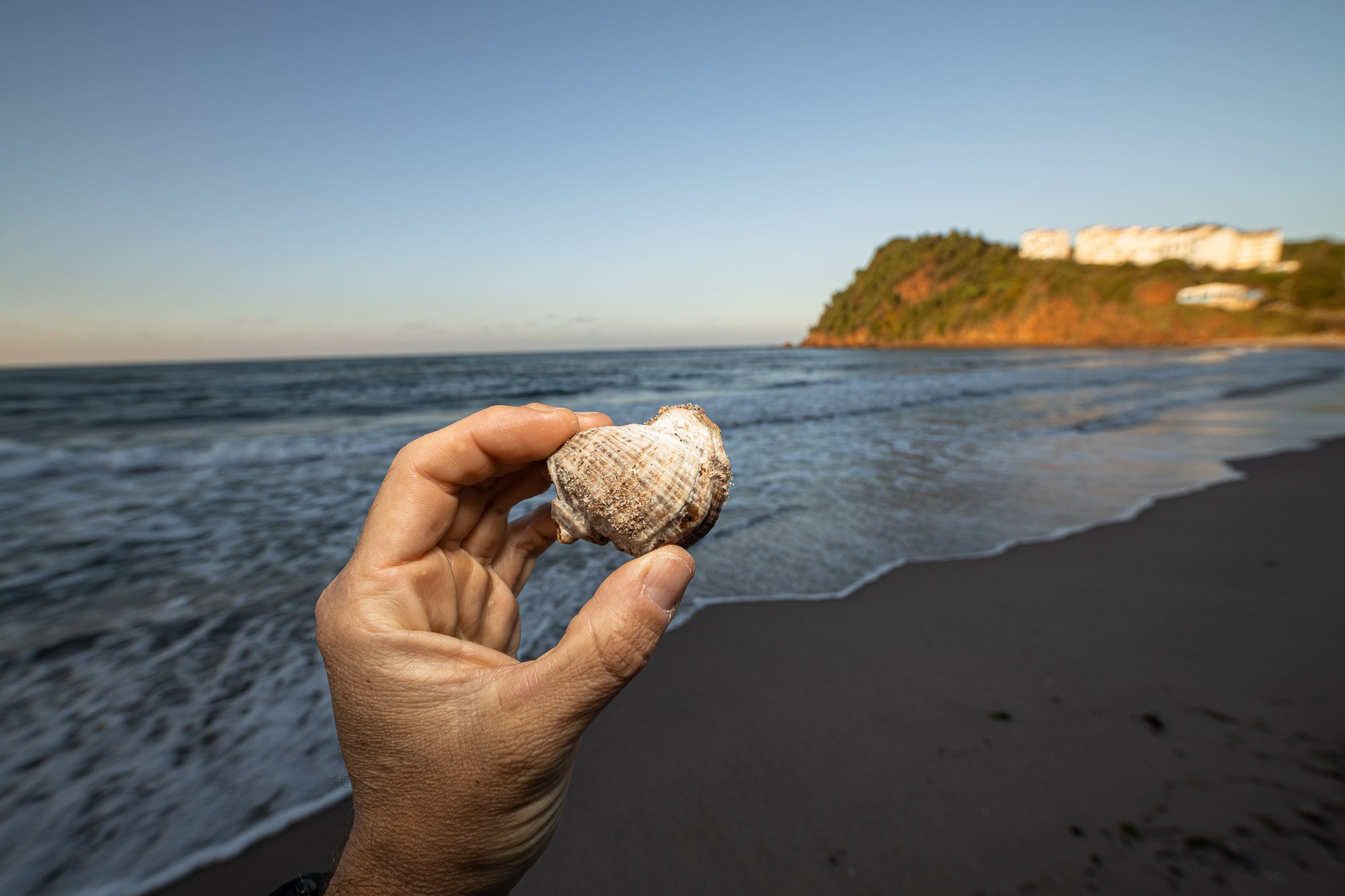 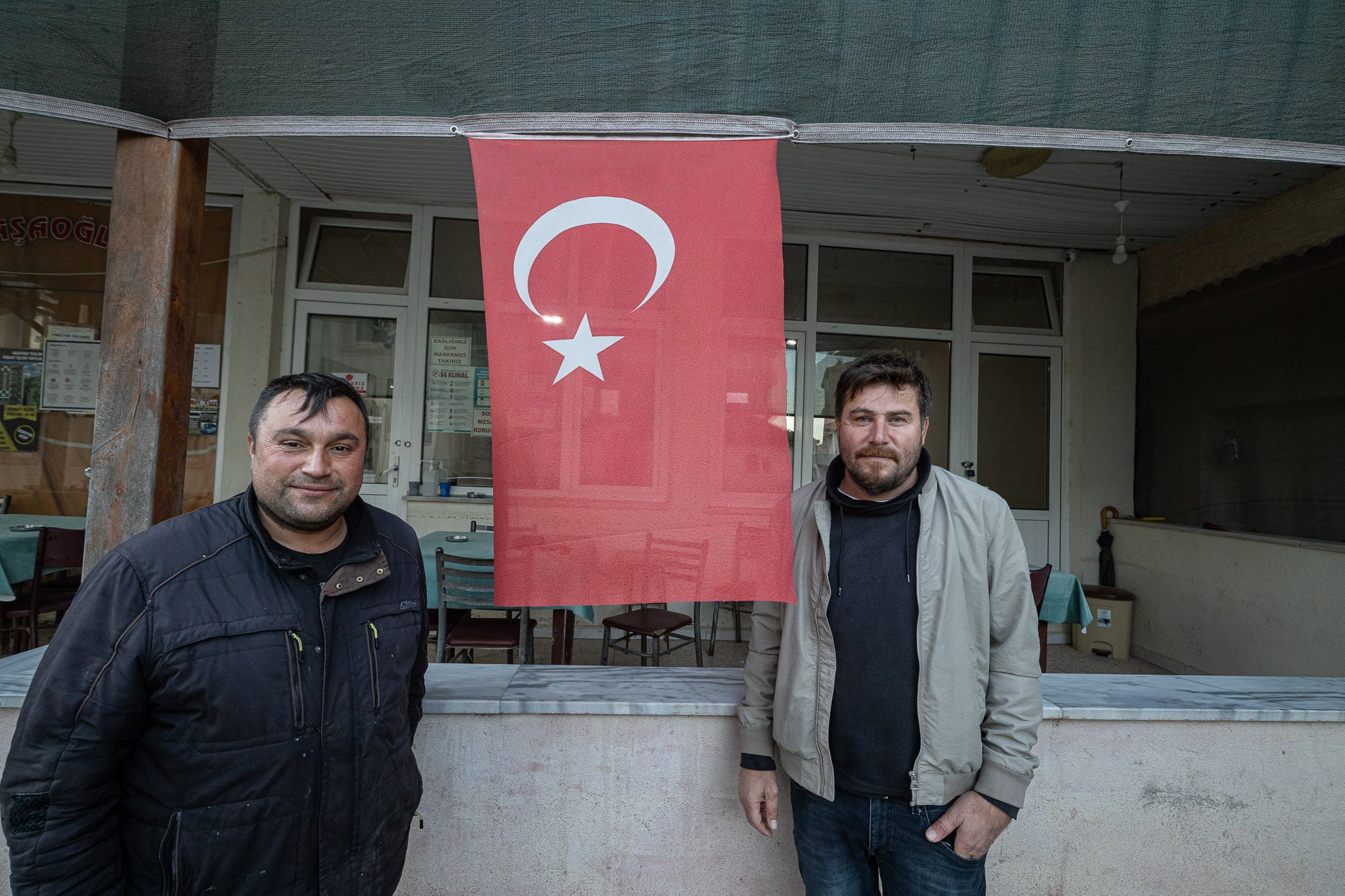 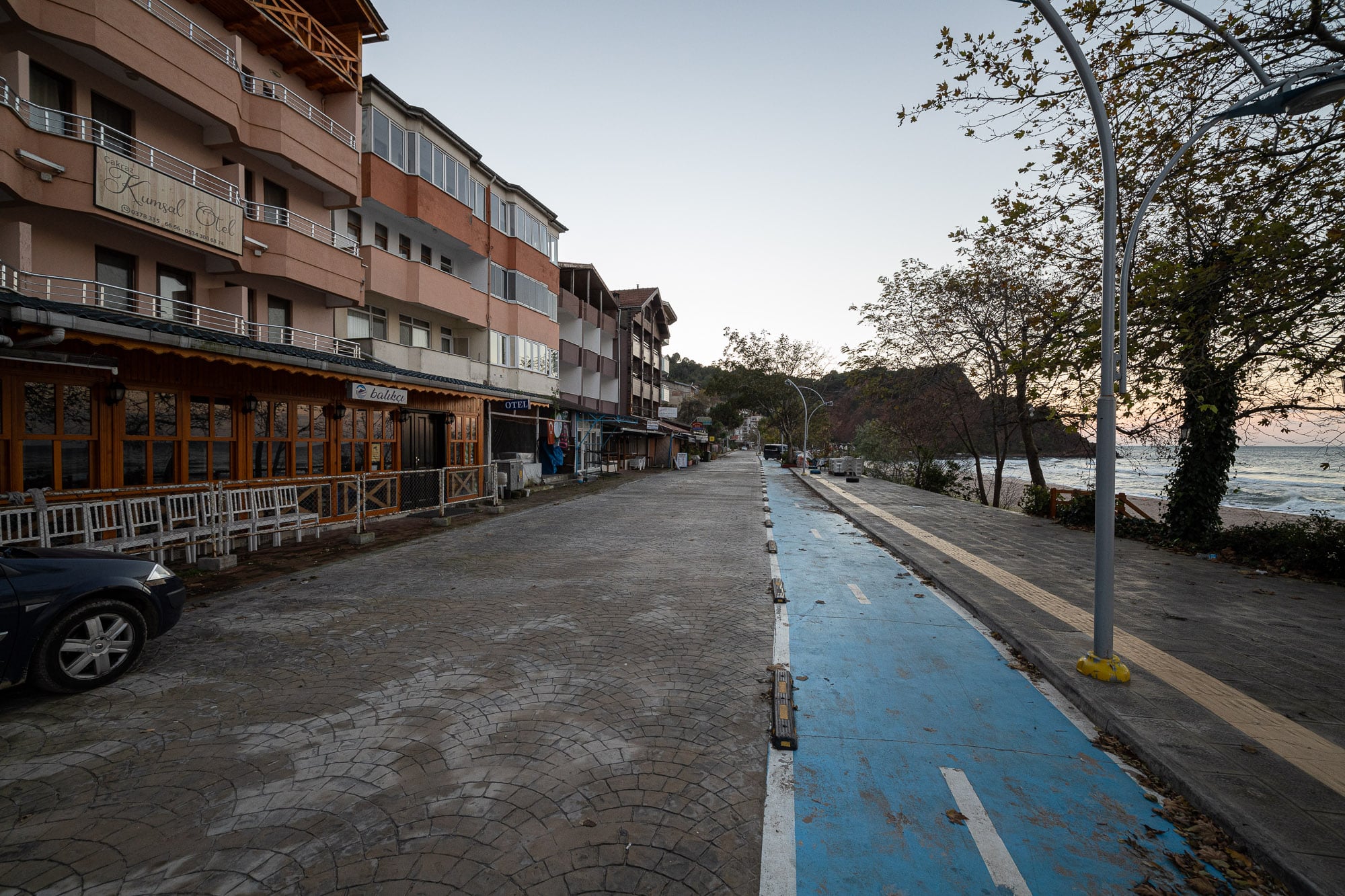