I drank a little more of the V, and then I packed my stuff and left the hotel to walk the rest of the way towards the border with Georgia. The streets in Balakan seemed a tiny bit more flashy than the others before it: 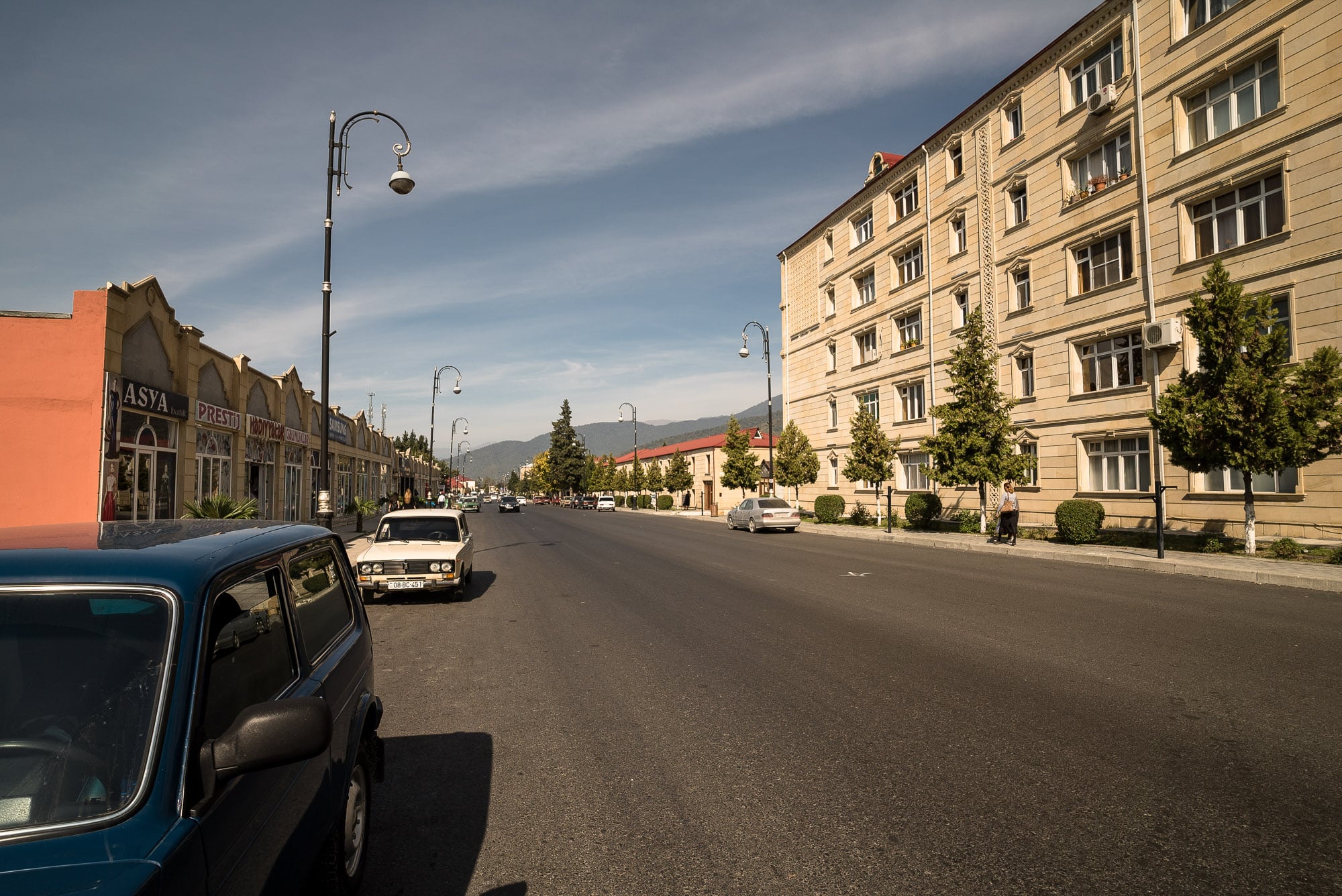 The late President’s words were carved in stone on a street corner: 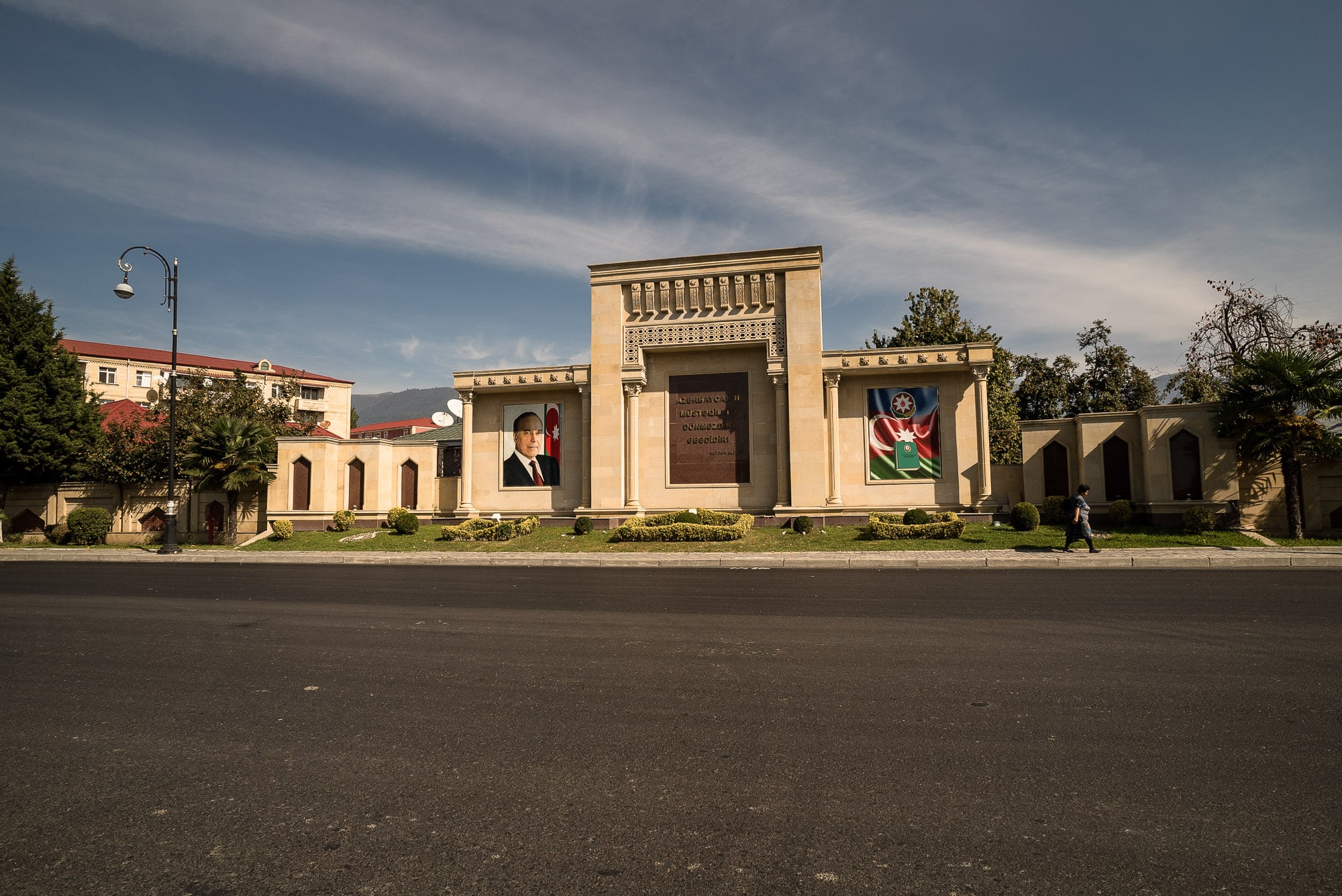 A white monument of a mother with her child looked over the road: 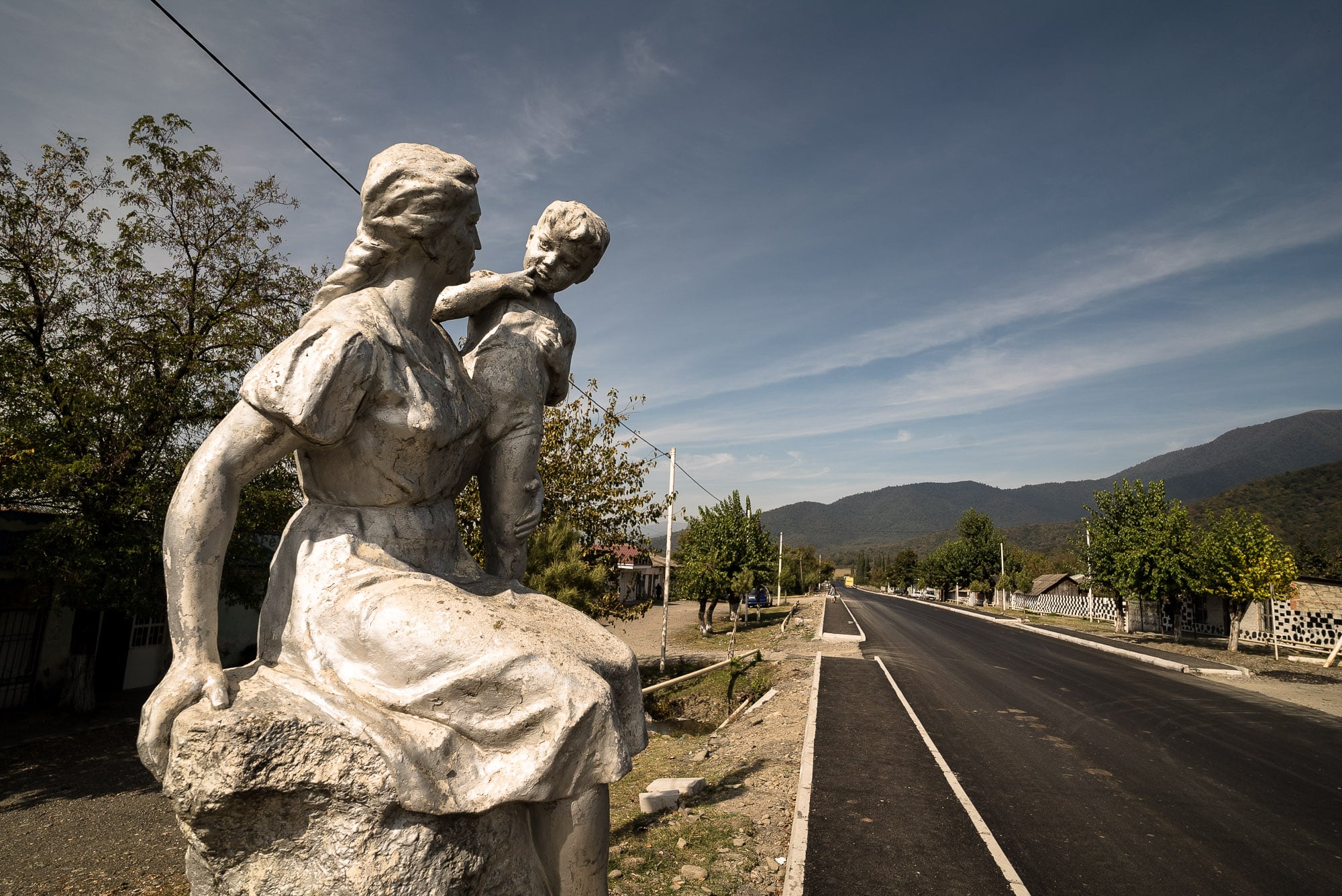 And then there was an advertisement for a carwash that seemed a bit more humble: 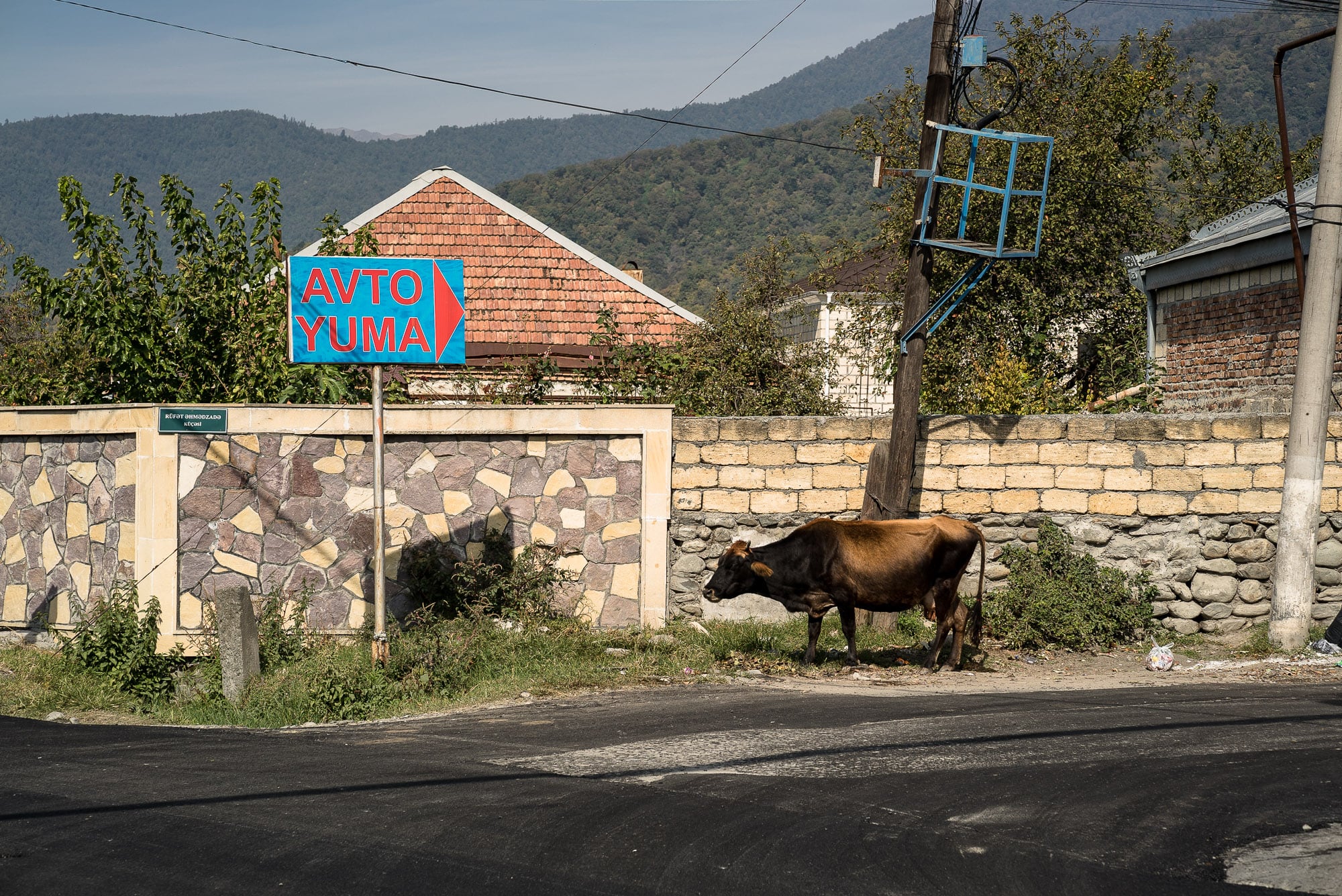 The weather was good, there was forest on both sides of the road, and the way wasn’t going to be long. Walking felt easy. 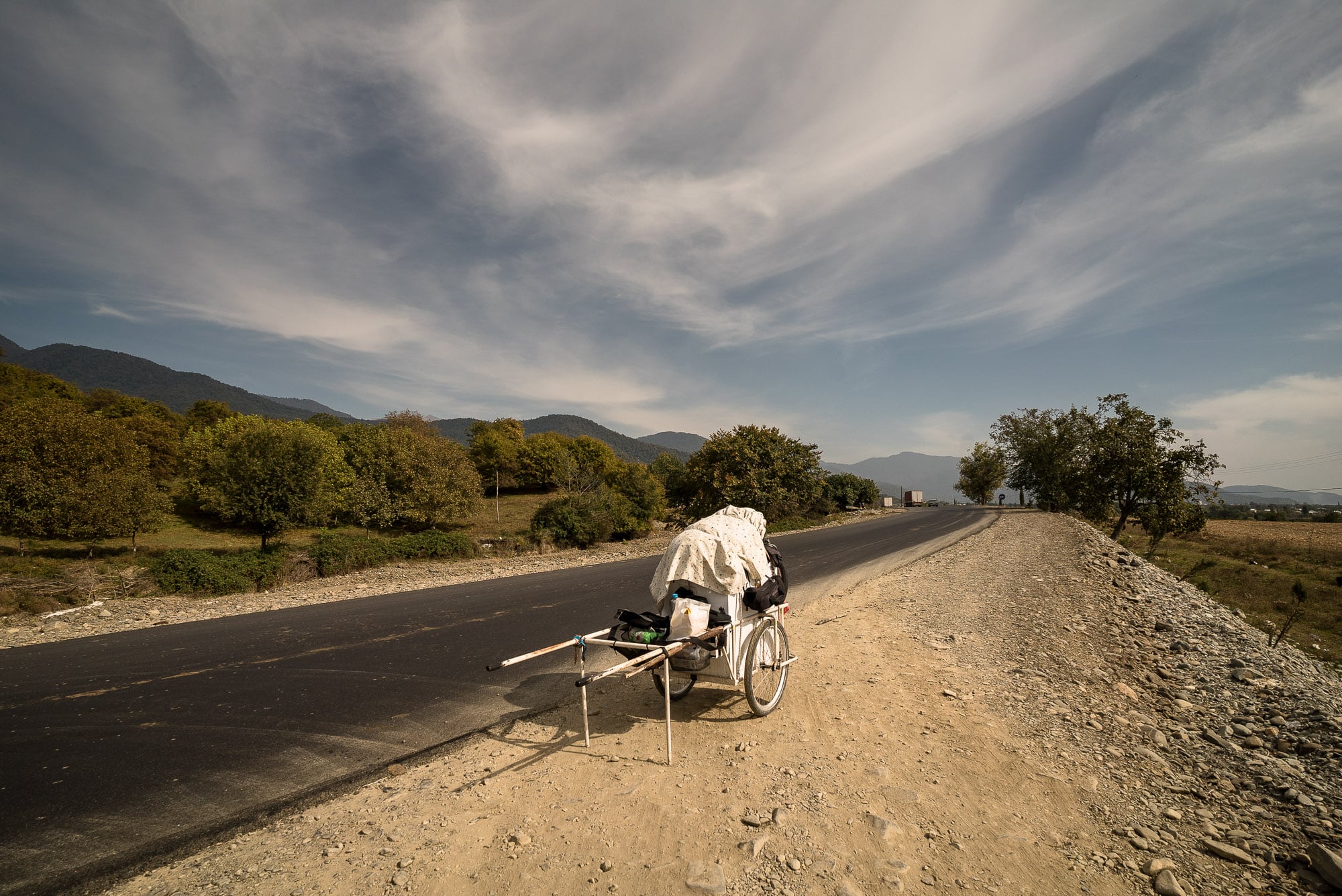 When I reached a restaurant in the middle of nowhere I stopped and ordered dinner: 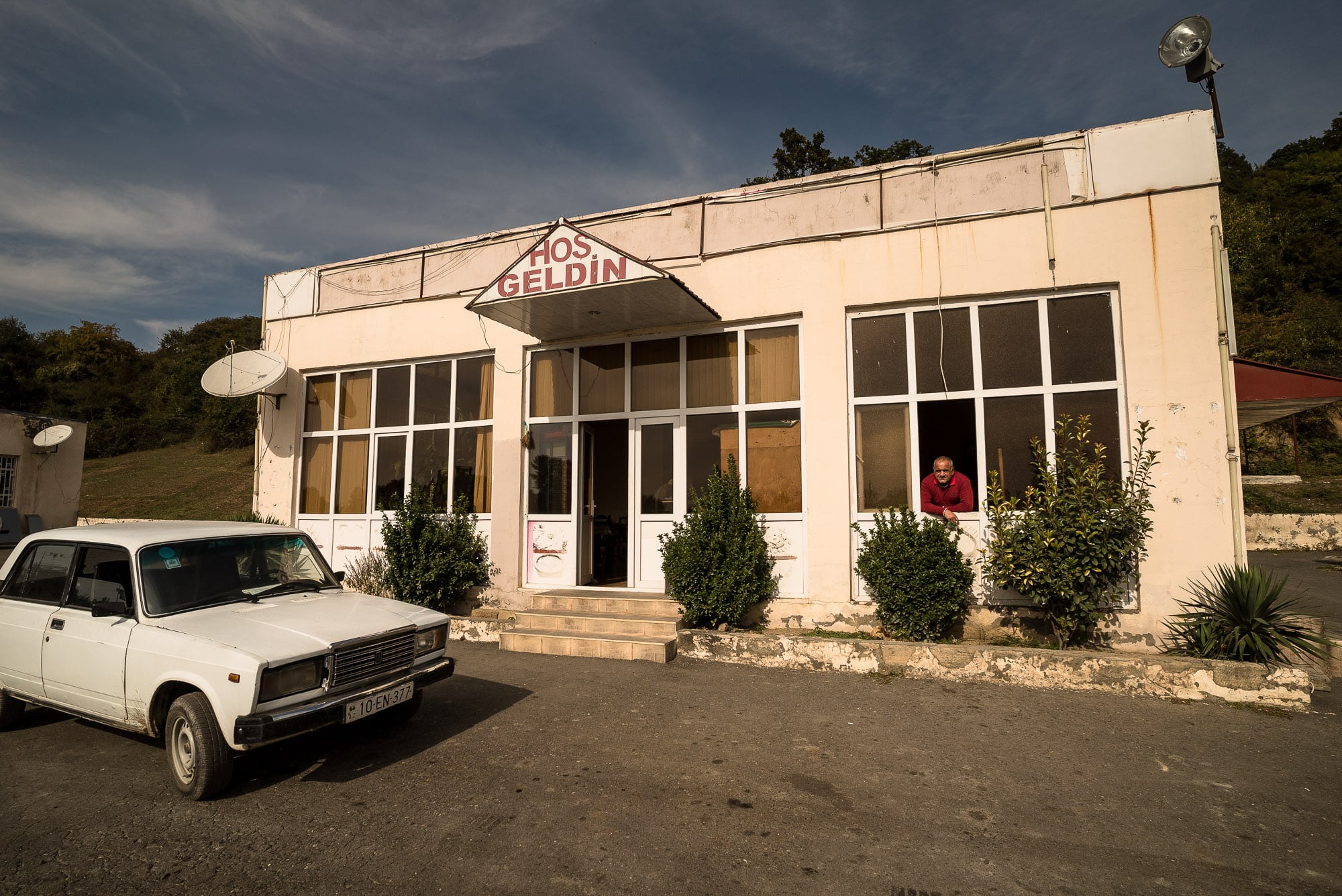 I got potato soup, salad, and bread: 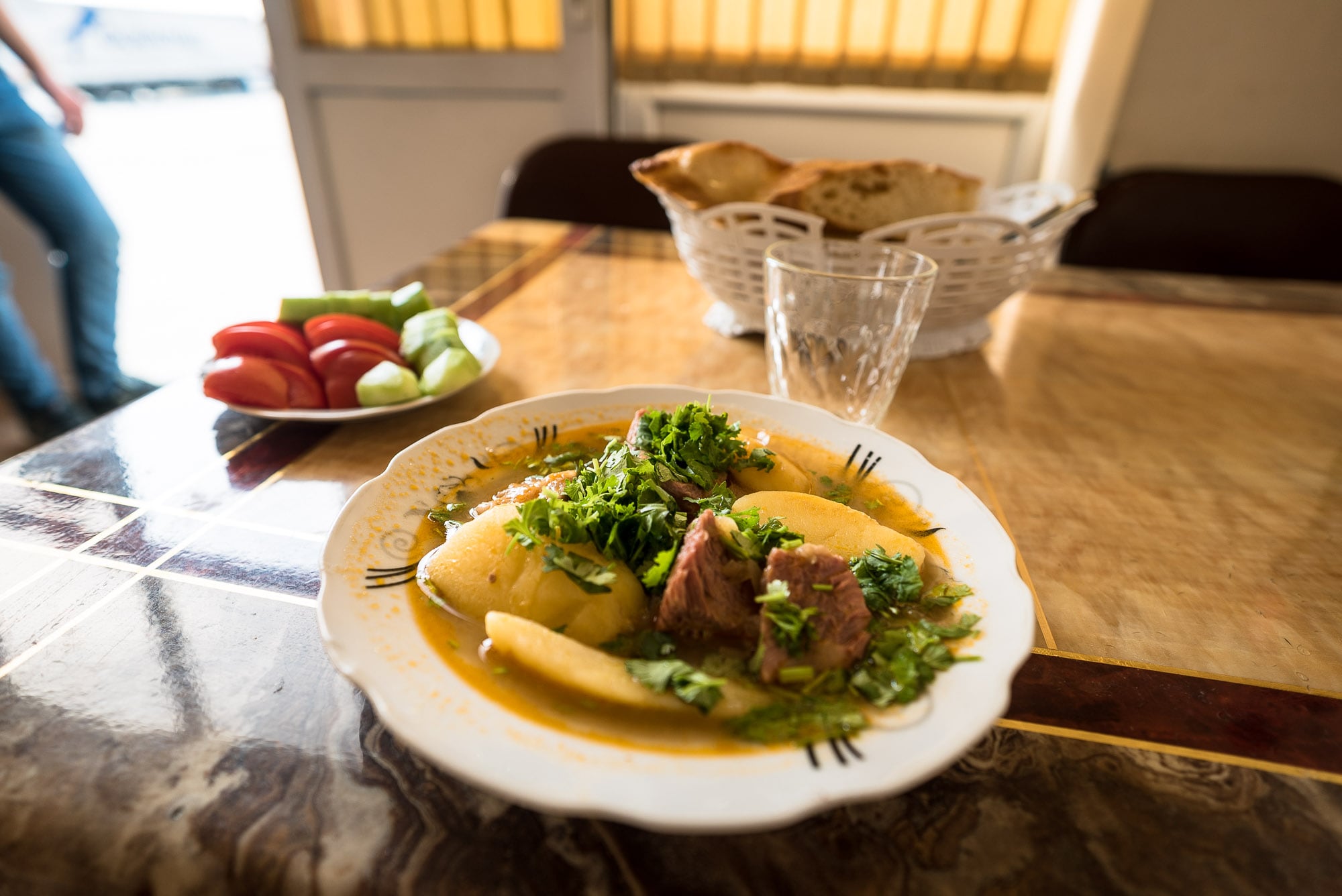 There was some more road, and then a sign that showed the flag of Azerbaijan next to an oil well: 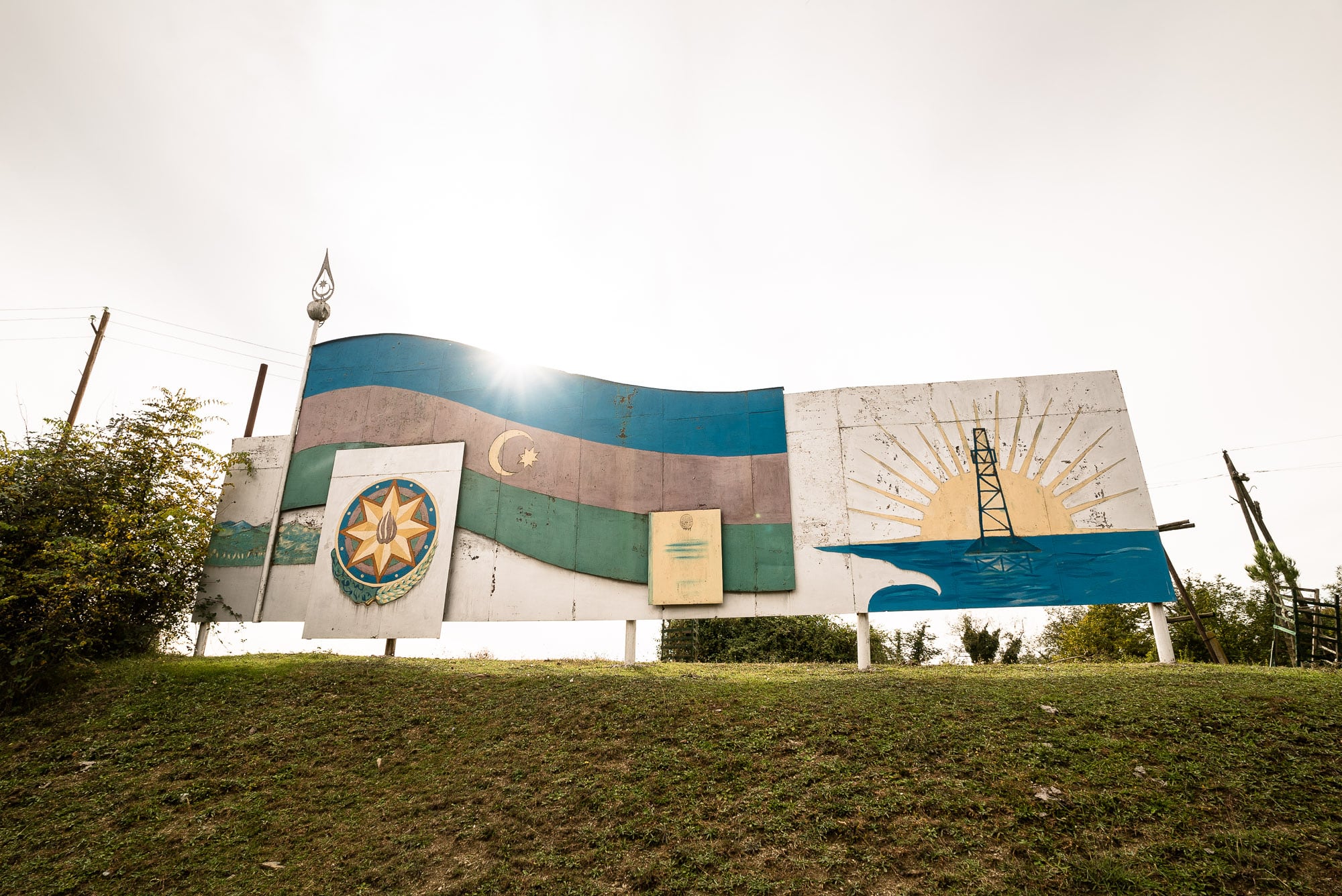 And I realized that it seemed like ages ago that I had passed the oil chickens of Baku.

Then I noticed the border in the distance: 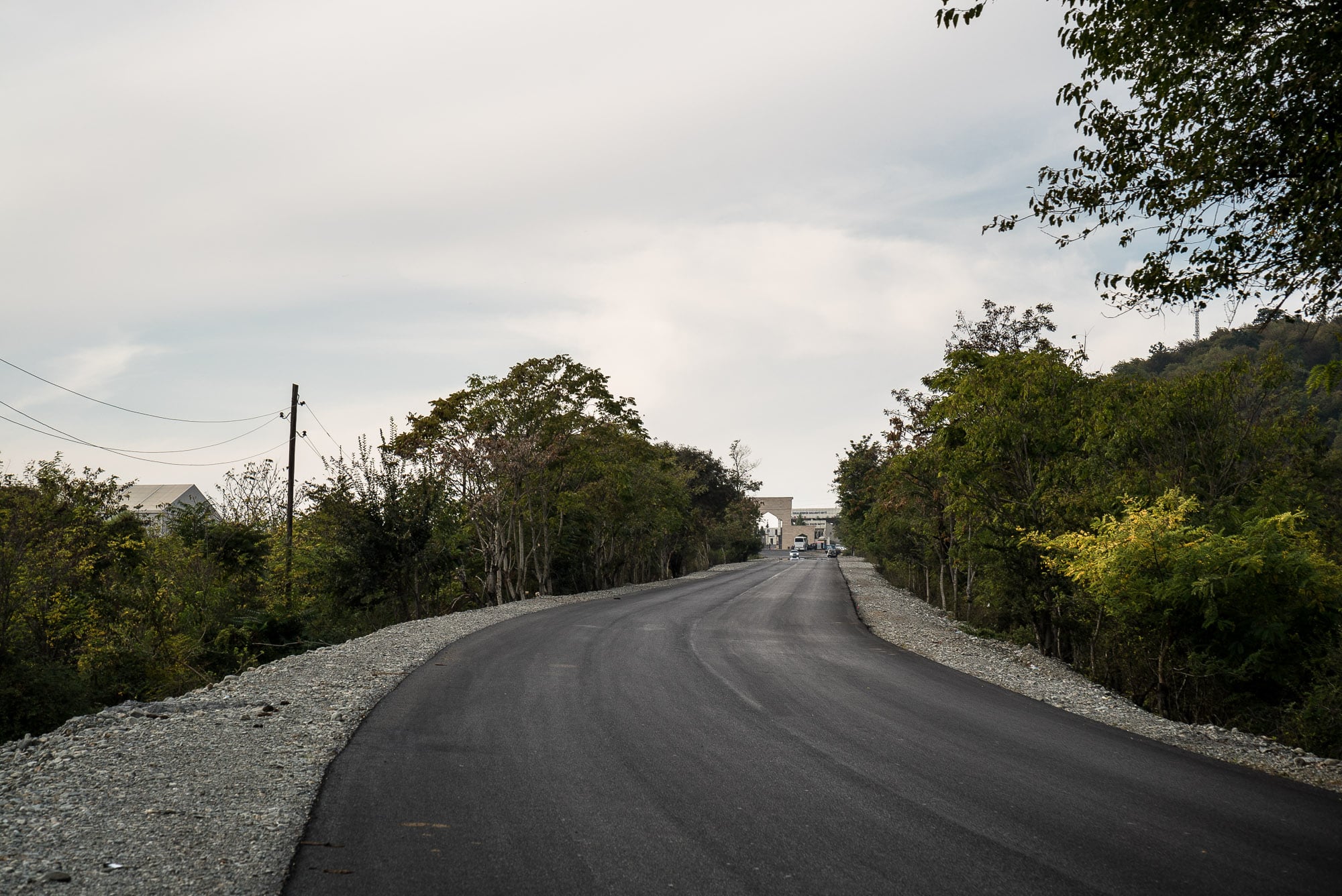 There were some taxi drivers at the border, some tourists waiting to cross, some border guards, a stray dog, and a little shop. The shop belonged to Sasha: 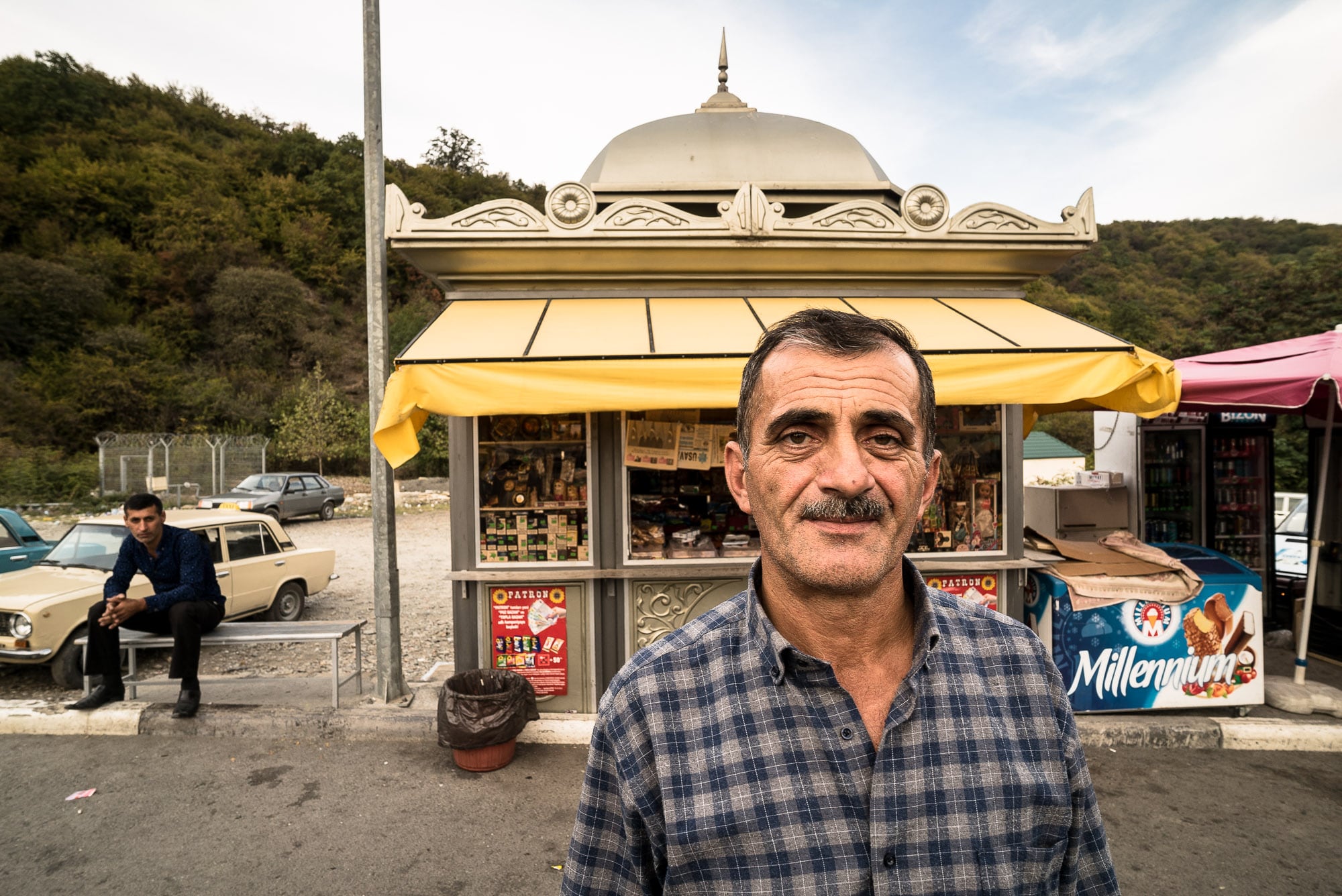 He gave me some ice-cream and some water, and we talked about Mayakovsky (who had also written about his travels). It was delightful.

Then I entered the border. It was a lot easier than the border of Iran and Azerbaijan two months earlier. Nevertheless I had to open the Caboose and answer a lot of questions. But then I was halfway through, on a bridge between Azerbaijan and Georgia, and I was told that it was okay to take photographs, so I did that: 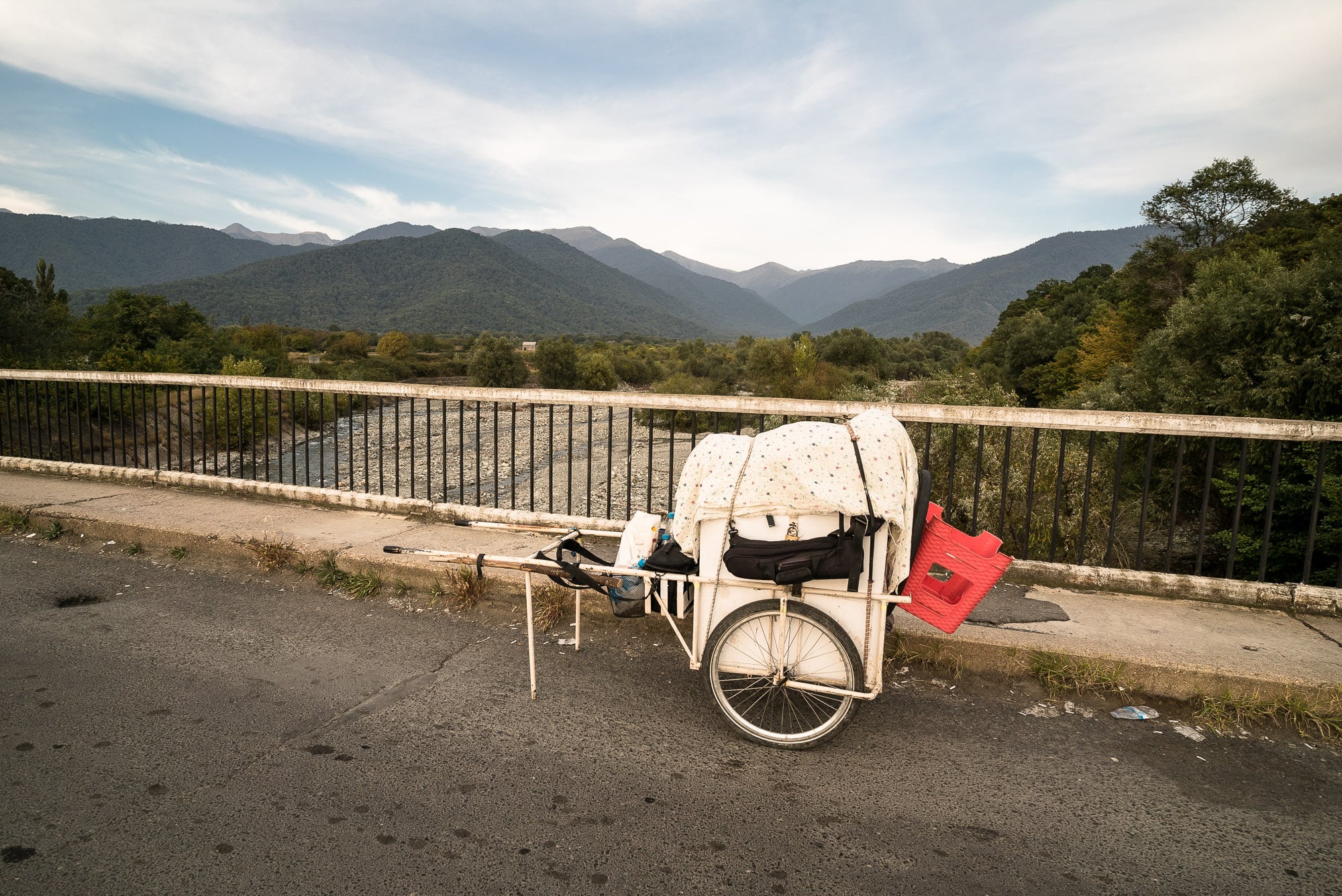 There was a sign with the word GEORGIA, and I took my daily selfie under it: 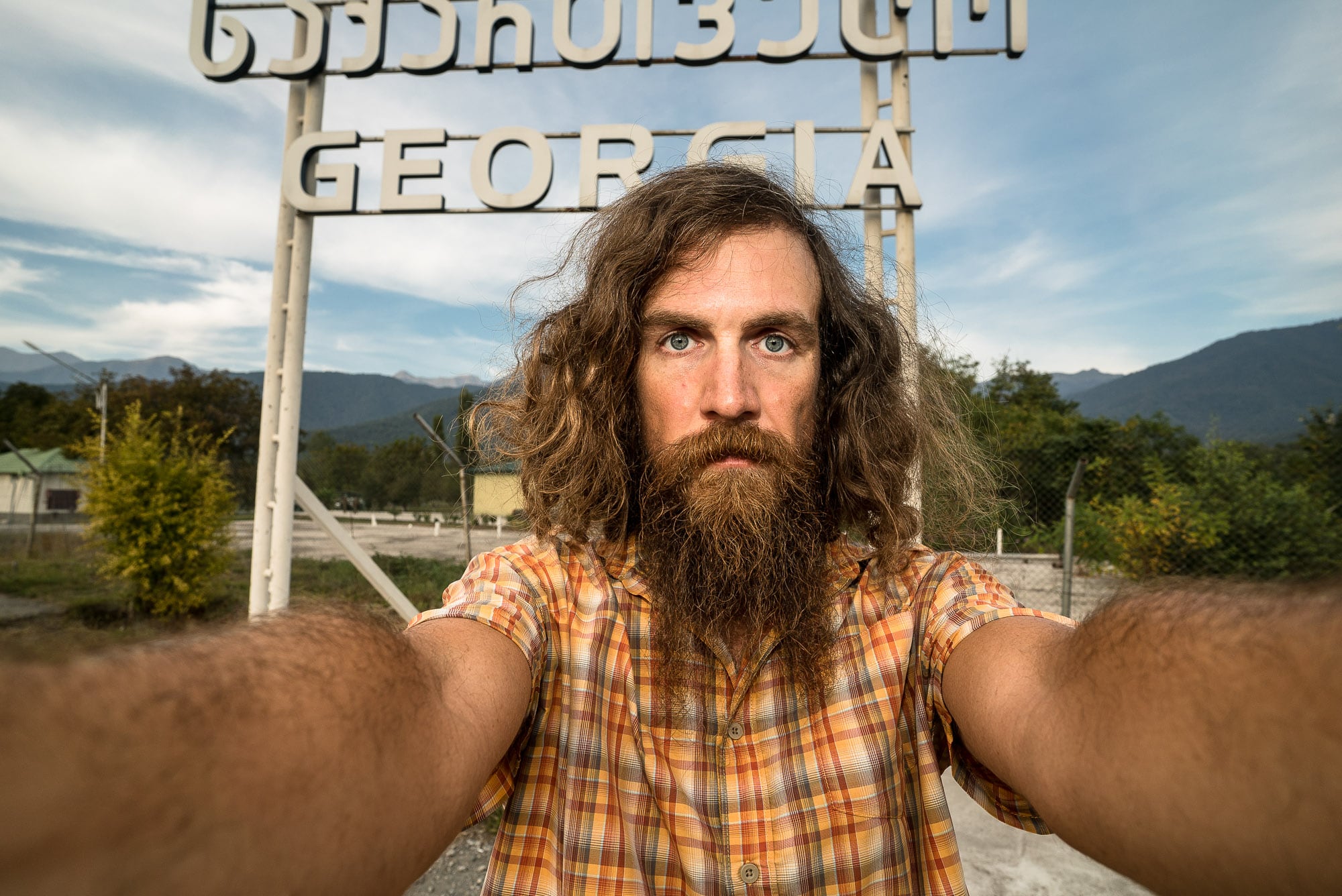 Then I braced myself for the second half of the border – the Georgian inspection: 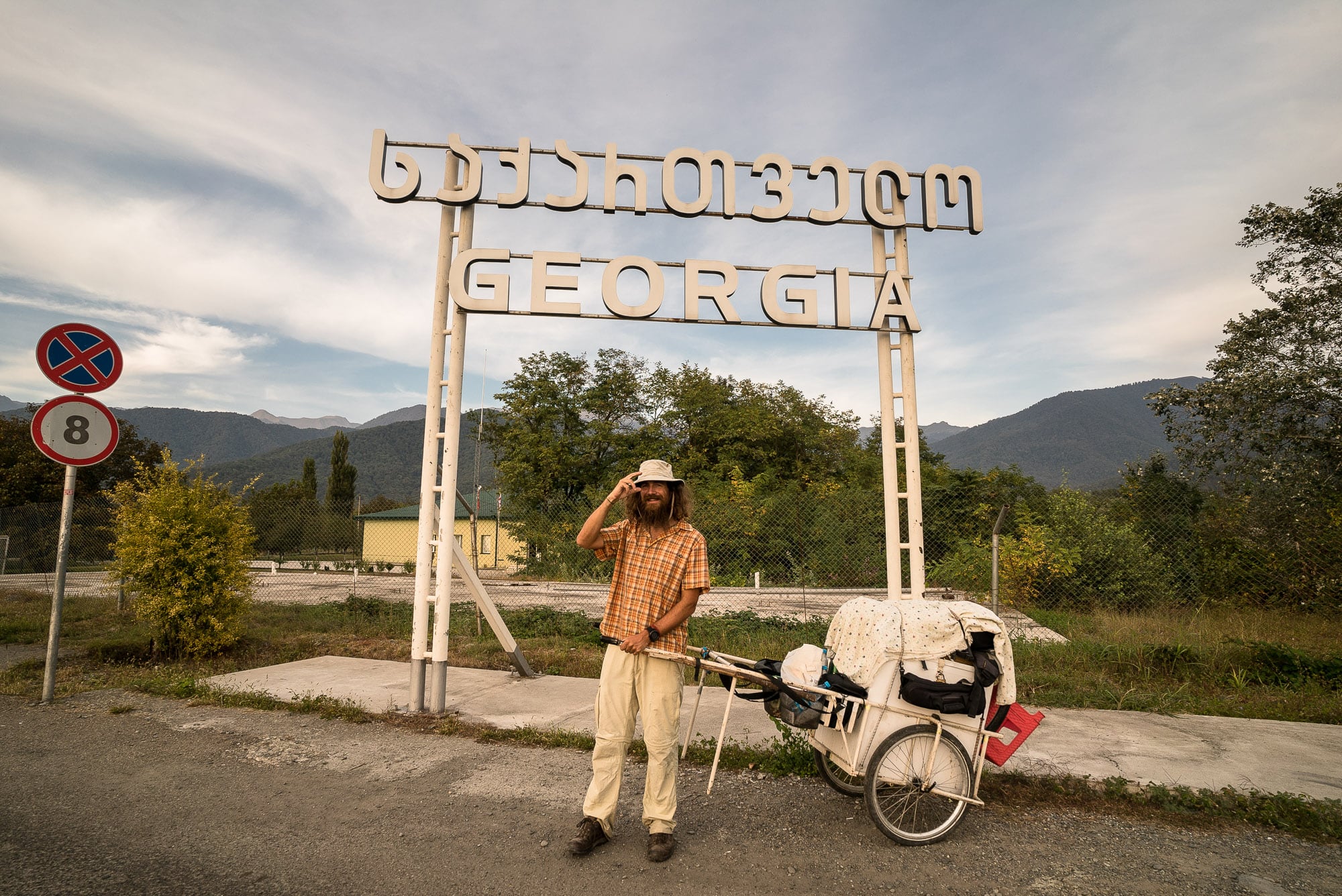 It turned out to be even more relaxed than the Azerbaijani side. A few questions, one quick look into the Caboose, and I was through.

Here’s what I saw immediately upon entering Georgia: 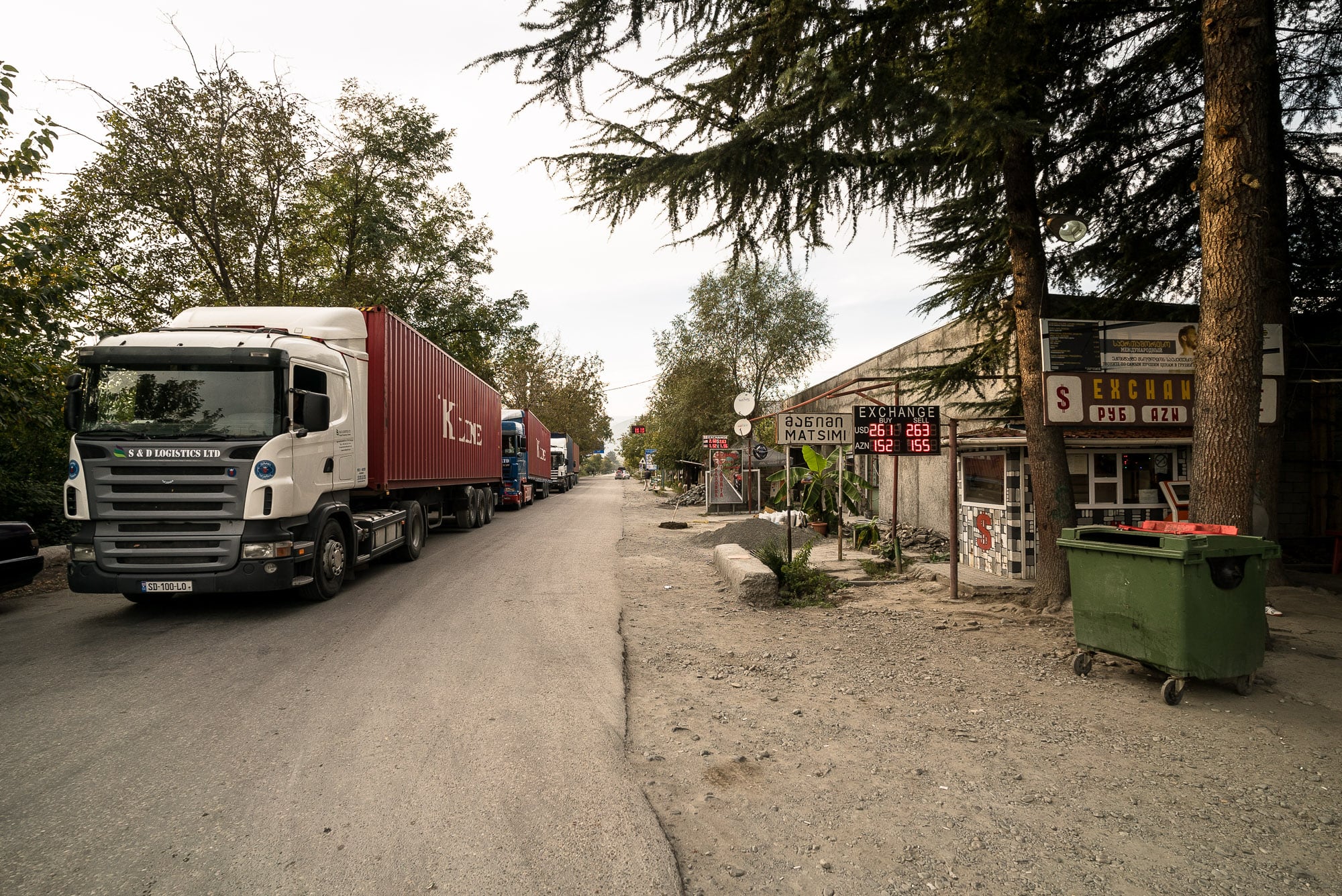 I sat down with two Chinese travelers whom I had met during the border checks, and we drank tea and talked for a while. When we got up and said goodbye, it was already getting dark.

So I spent my first few kilometers in Georgia walking through the darkness: 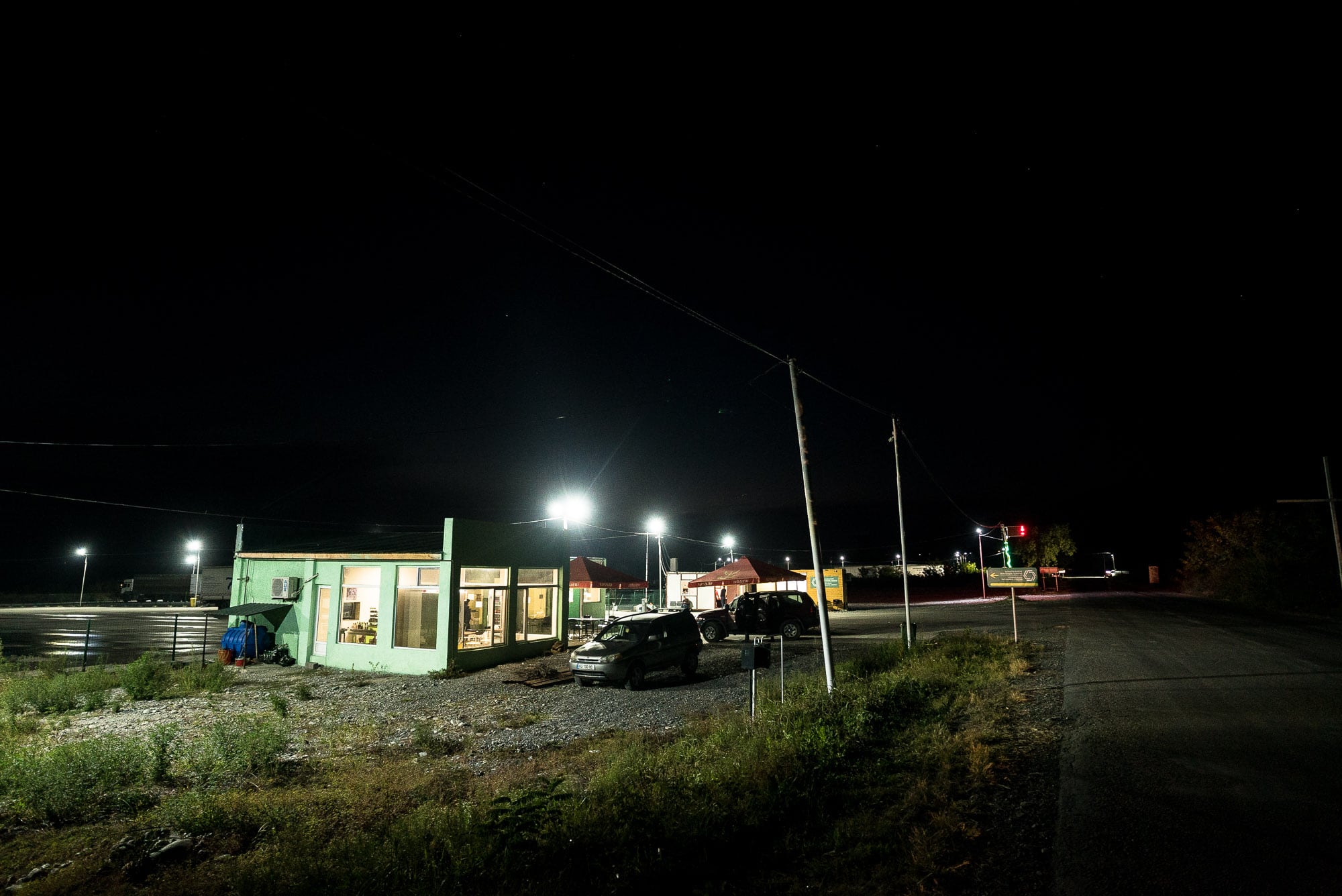 I was a bit creeped out, because I didn’t know what to expect: 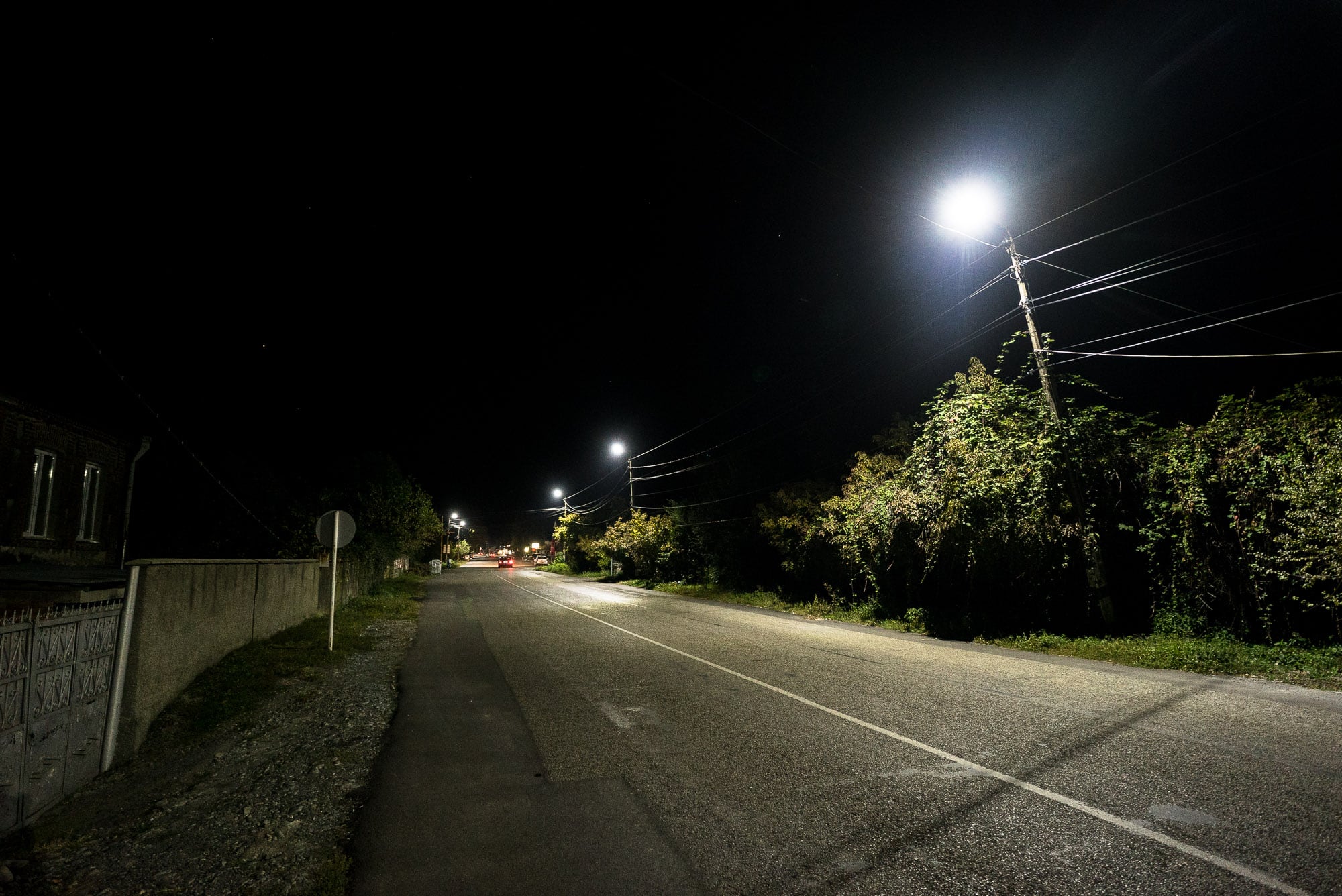 But after an hour or so I arrived in a small village where I had booked a guesthouse.

And so I had arrived in Georgia, home of the Coke Museum.

Day 1258
from Balakan to Lagodekhi