I woke up with something like a faint notion of optimism within me. Sure, the border was still about 50k away, but it felt possible to reach it before midnight the next day. That was when my visa was going to run out.

Zaqatala turned out to be a bit bigger than I had expected: 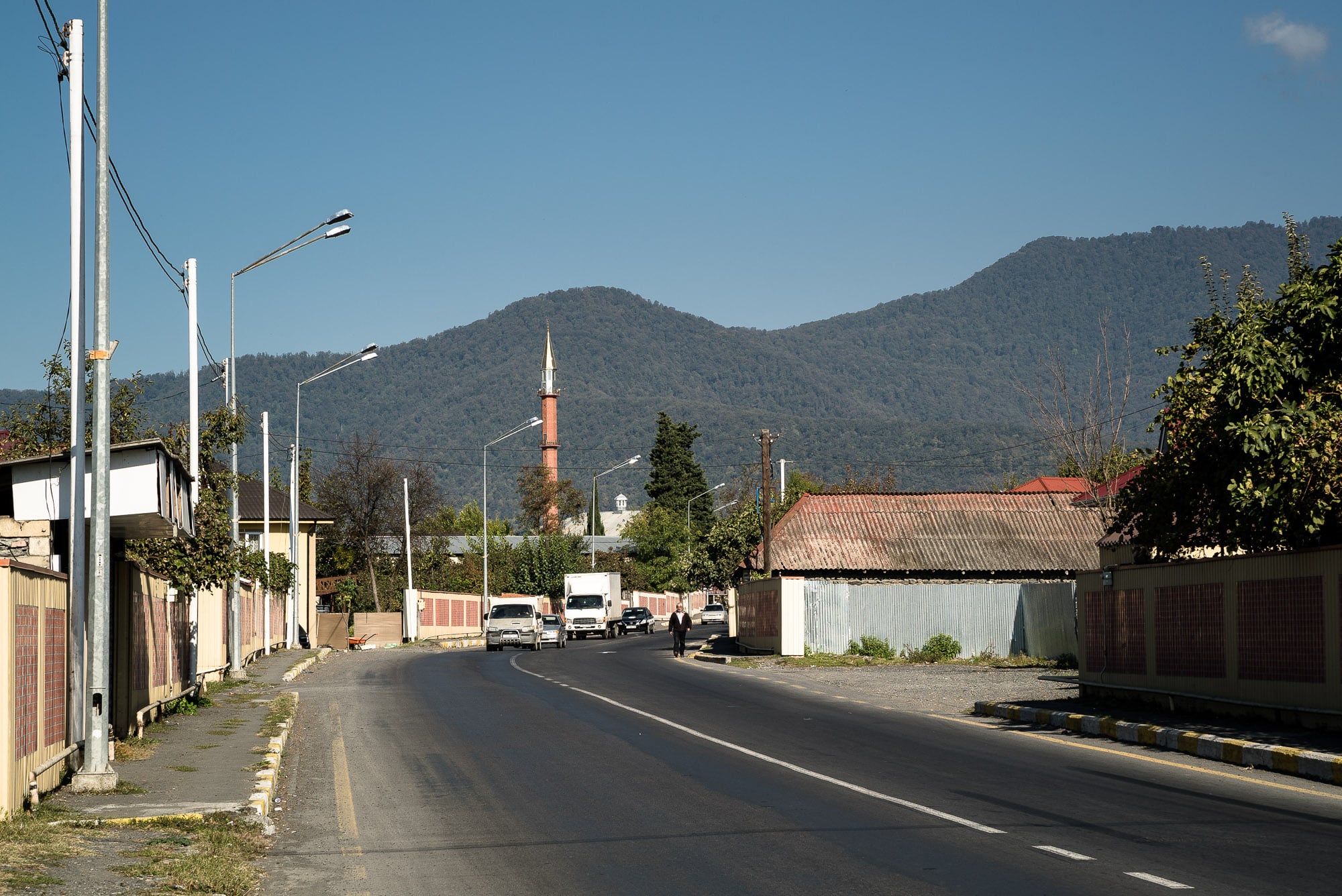 There was a central square with a tall flagpole: 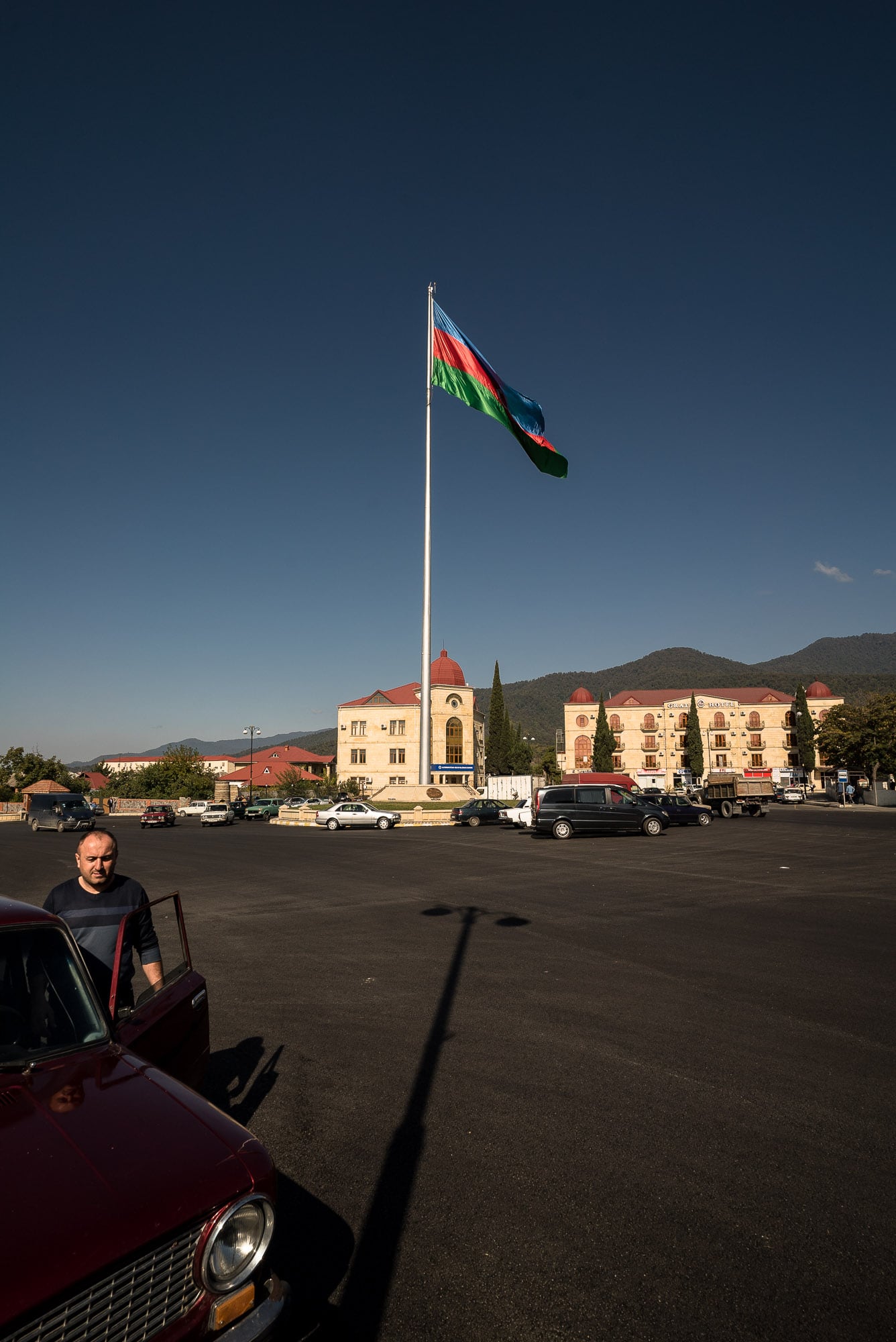 And there were a bunch of apartment blocks with old cars in front of them: 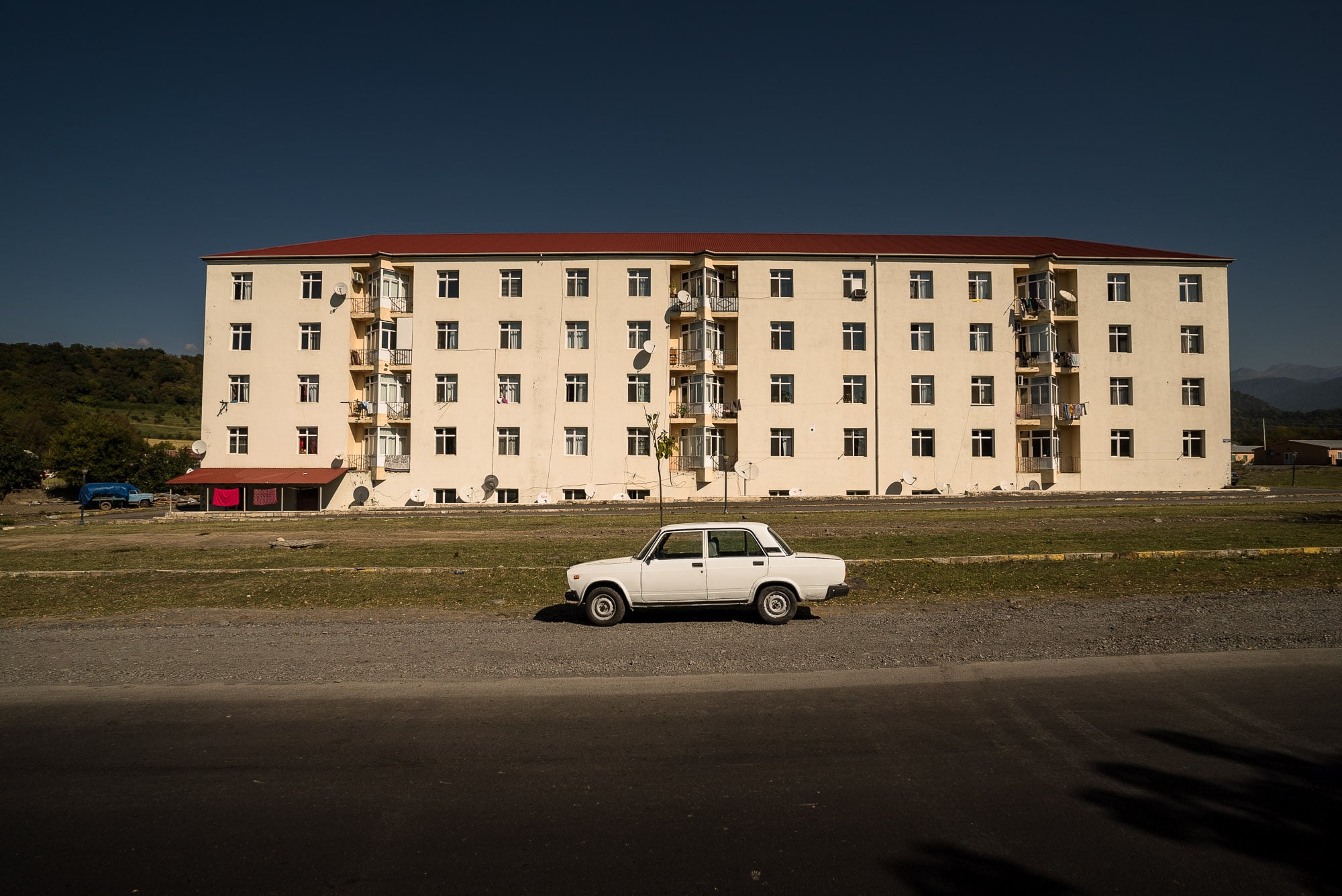 Then that, too, gave way to the open road. It didn’t come as a surprise that there were more monuments and flags here than in many other parts of the country: 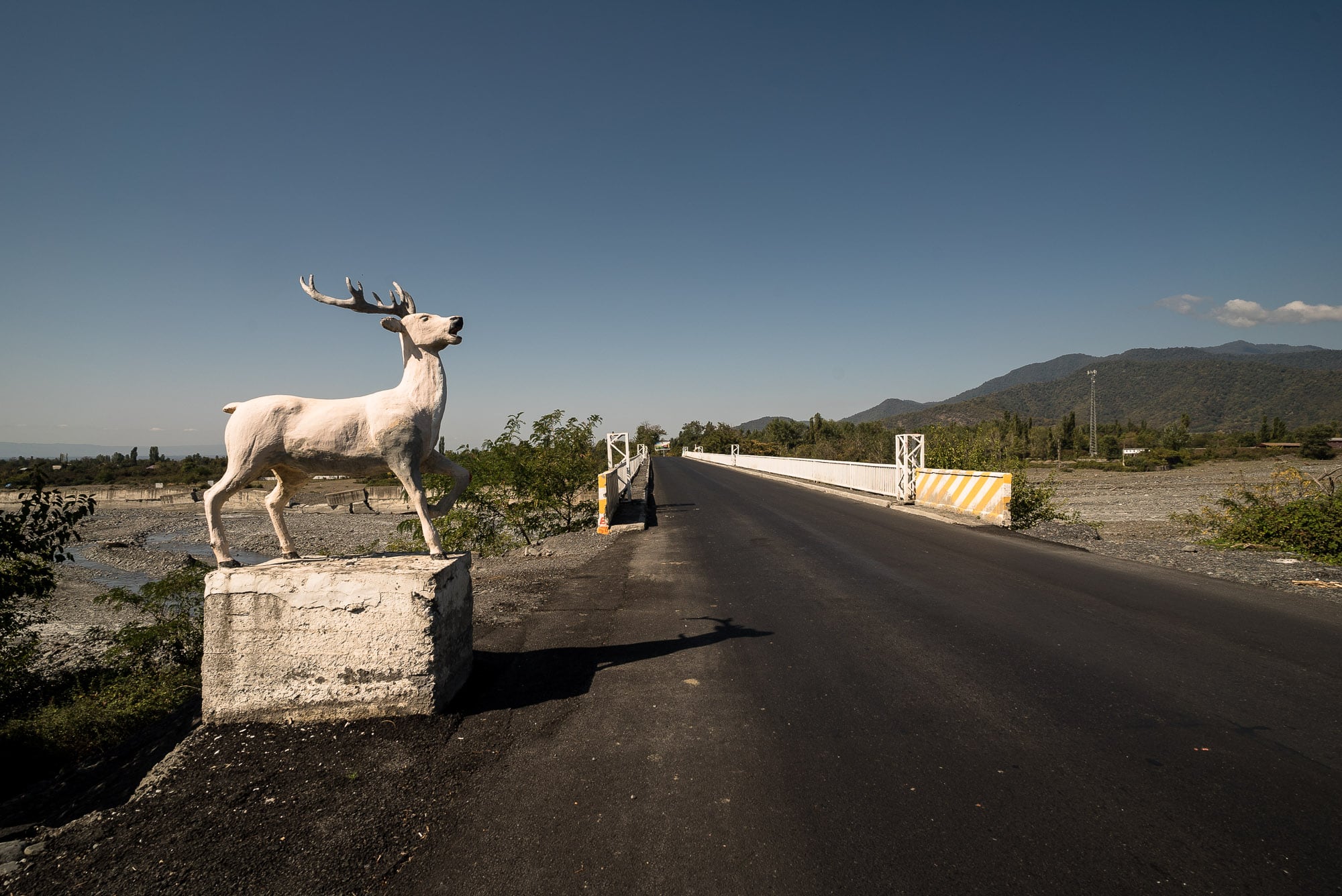 After all, this was already part of the border region: 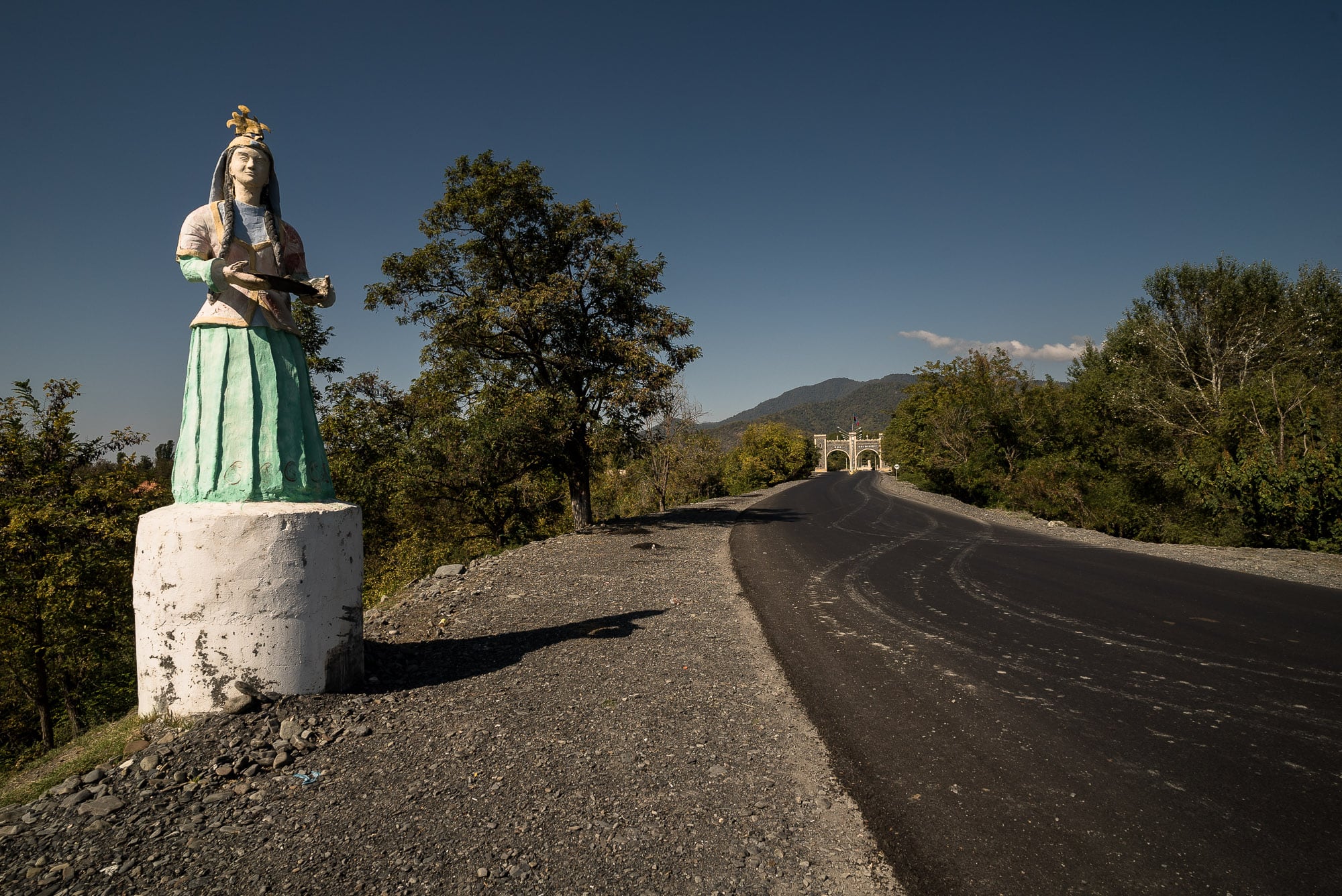 I entered the area of Balakan, the last town before Georgia, through this gate that seemed to be part of Azerbaijan’s ongoing castilification: 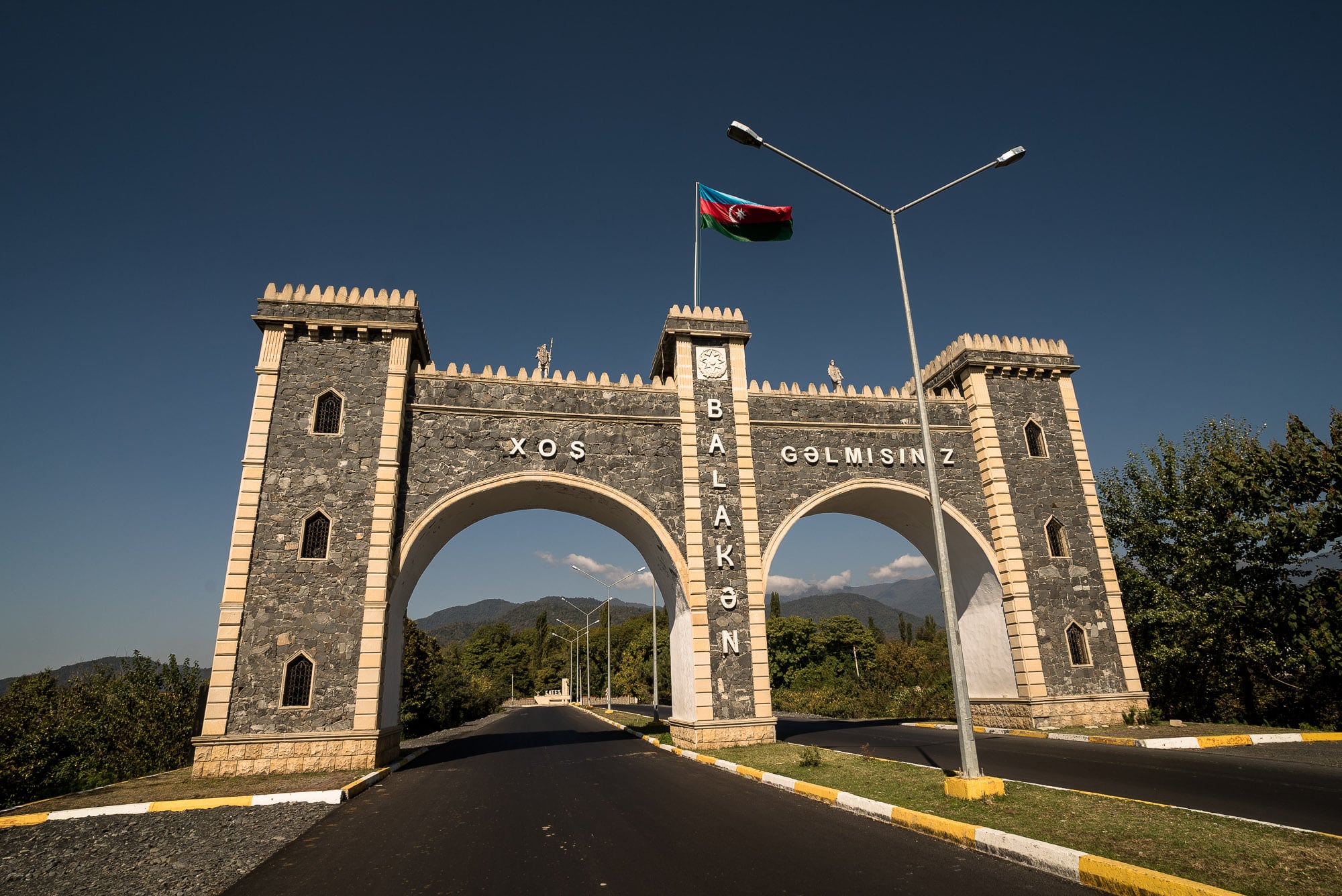 Then I noticed a tree with a sign that said it was 1,100 years old, so I picked a leaf and put it in my diary: 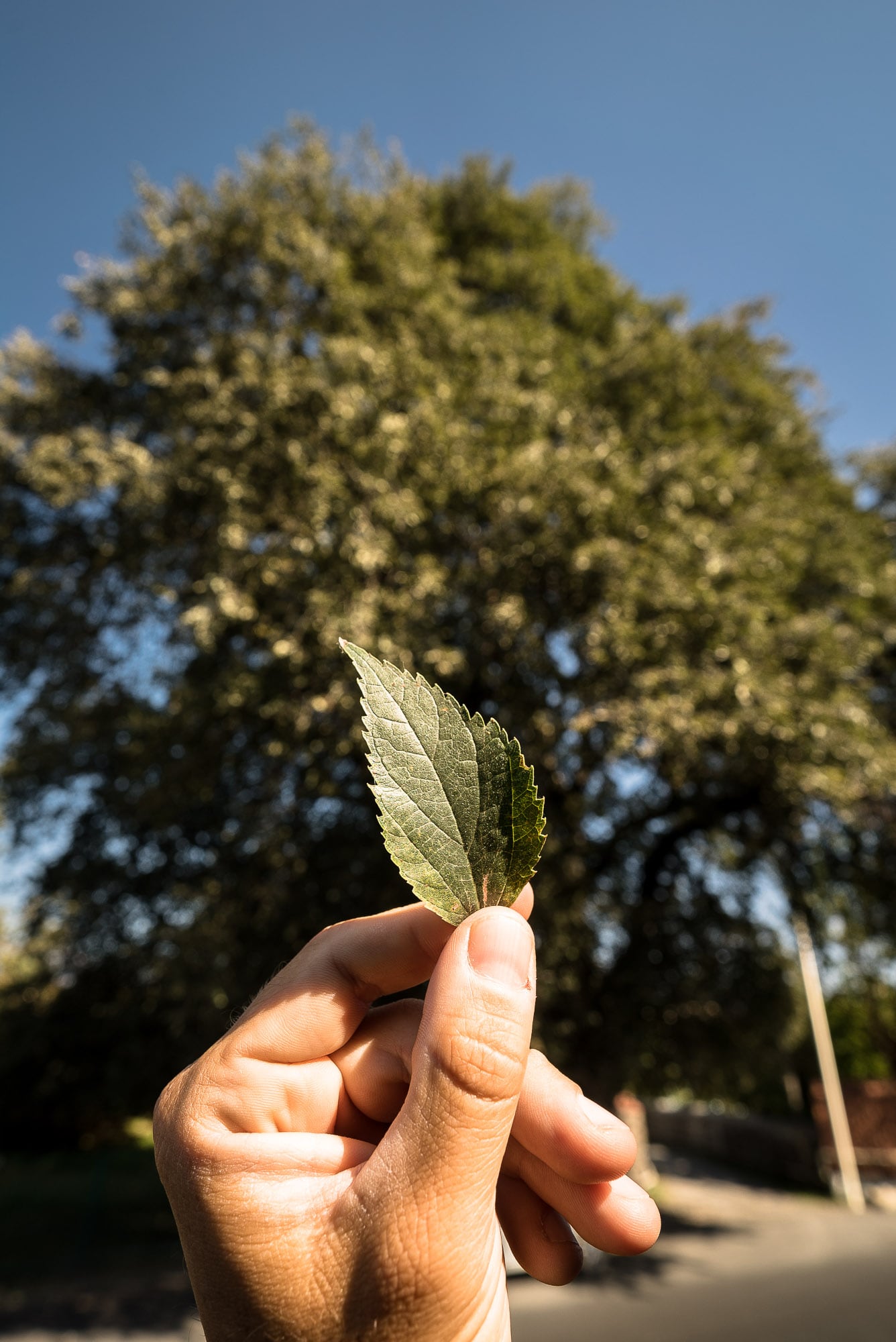 And then – again – it was the quiet road. The occasional greedy cow: 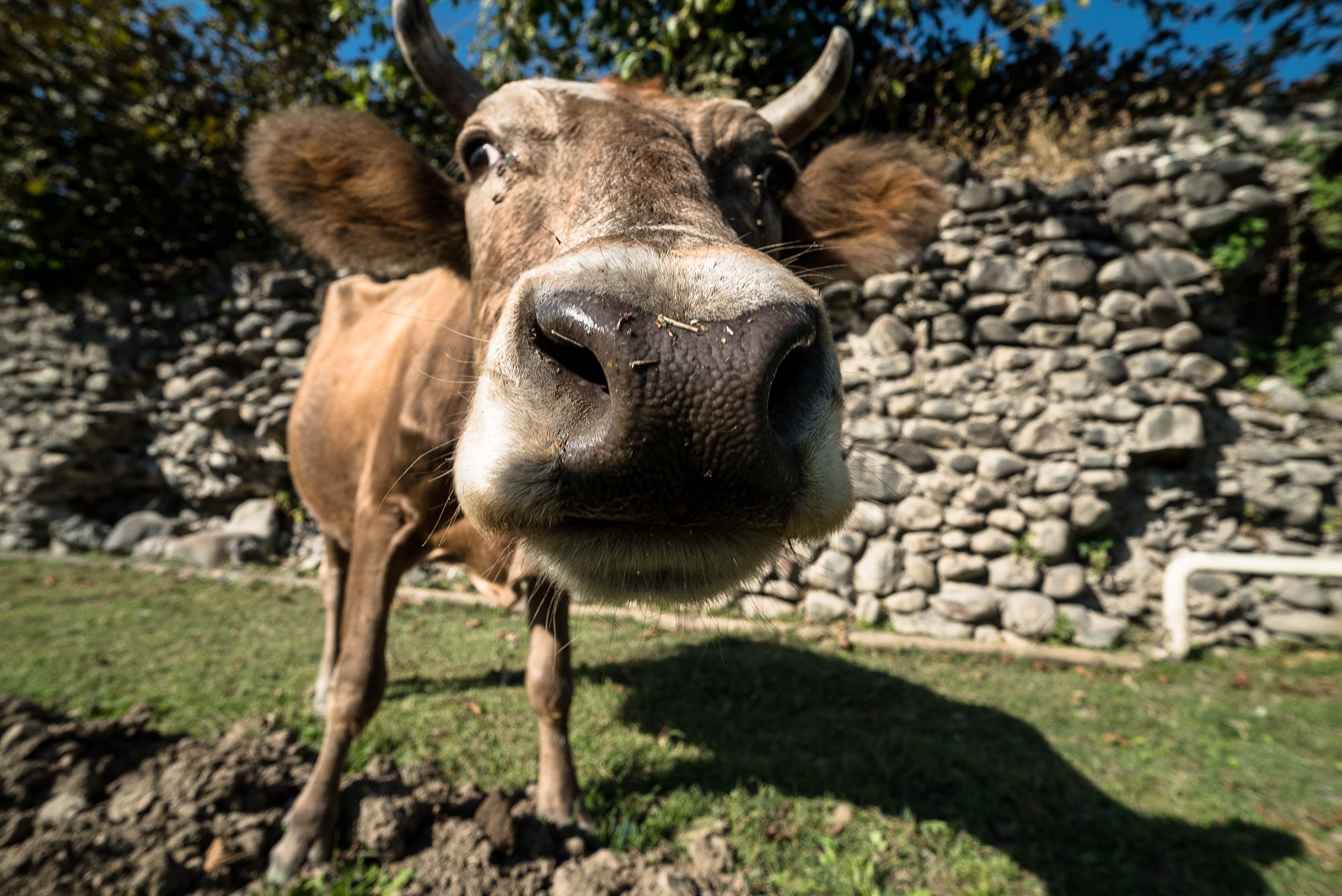 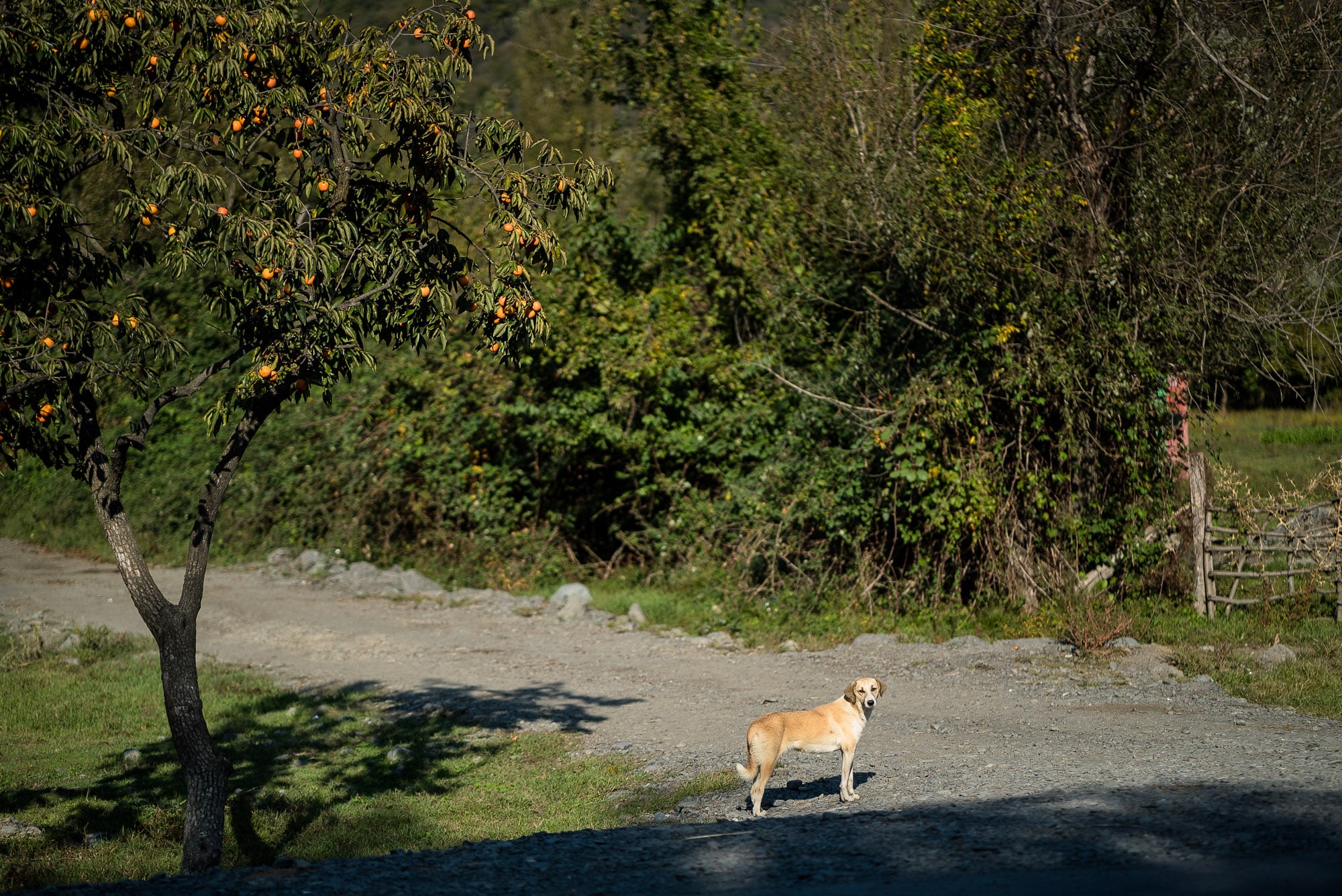 The occasional person waving at me from a car: 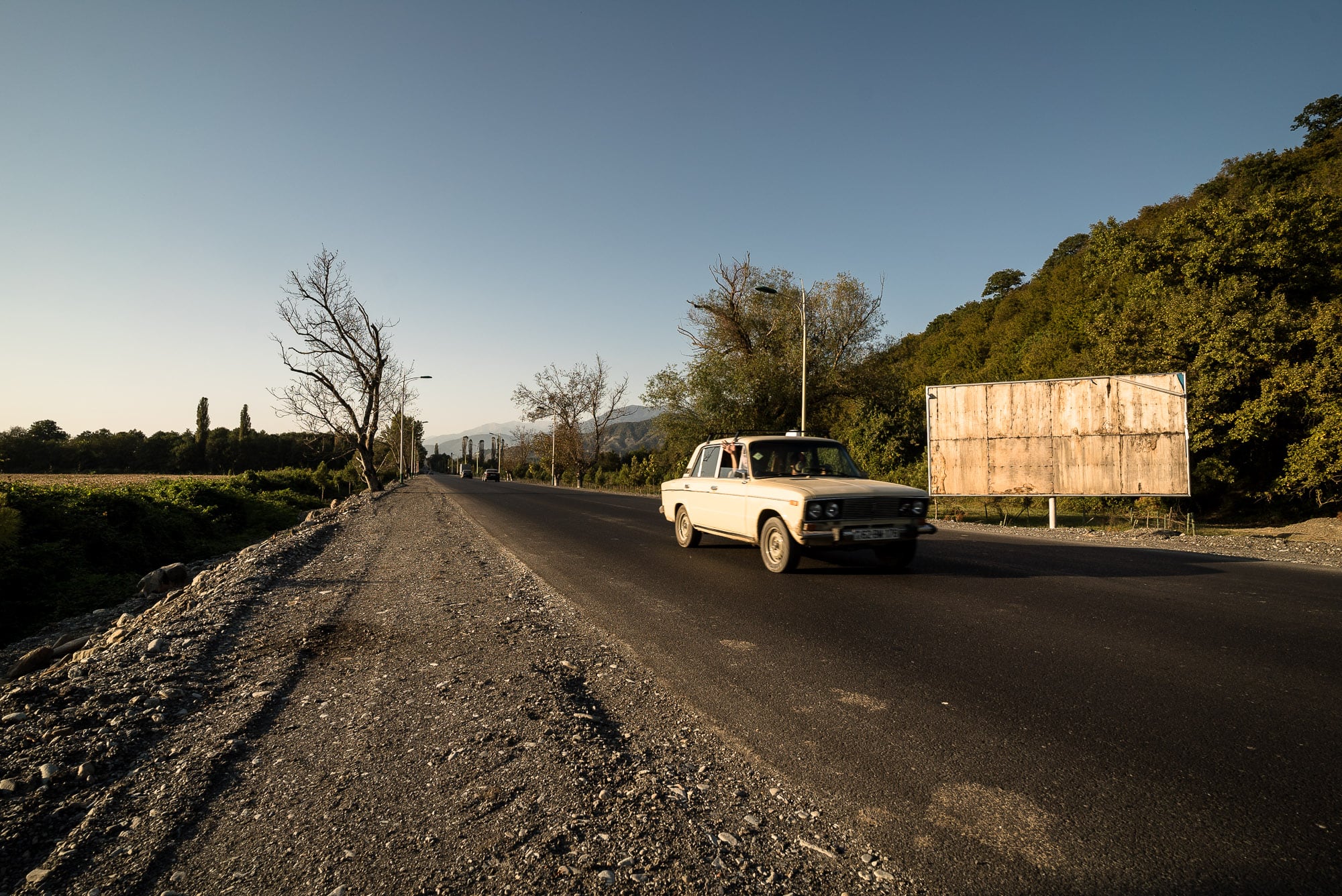 When I reached the outskirts of Balakan an old Soviet artwork caught my eye – it was on the facade of a building that lay in ruins: 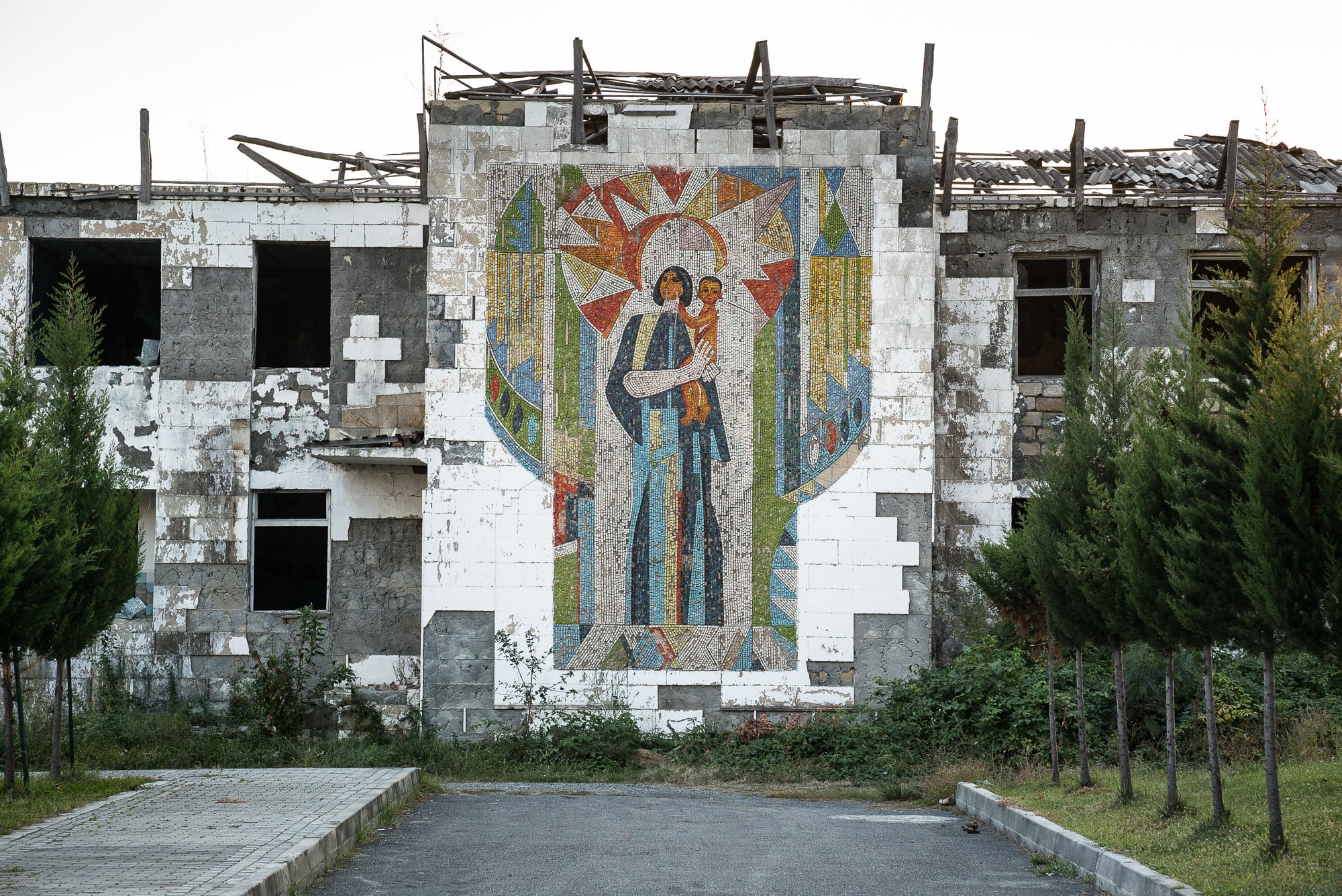 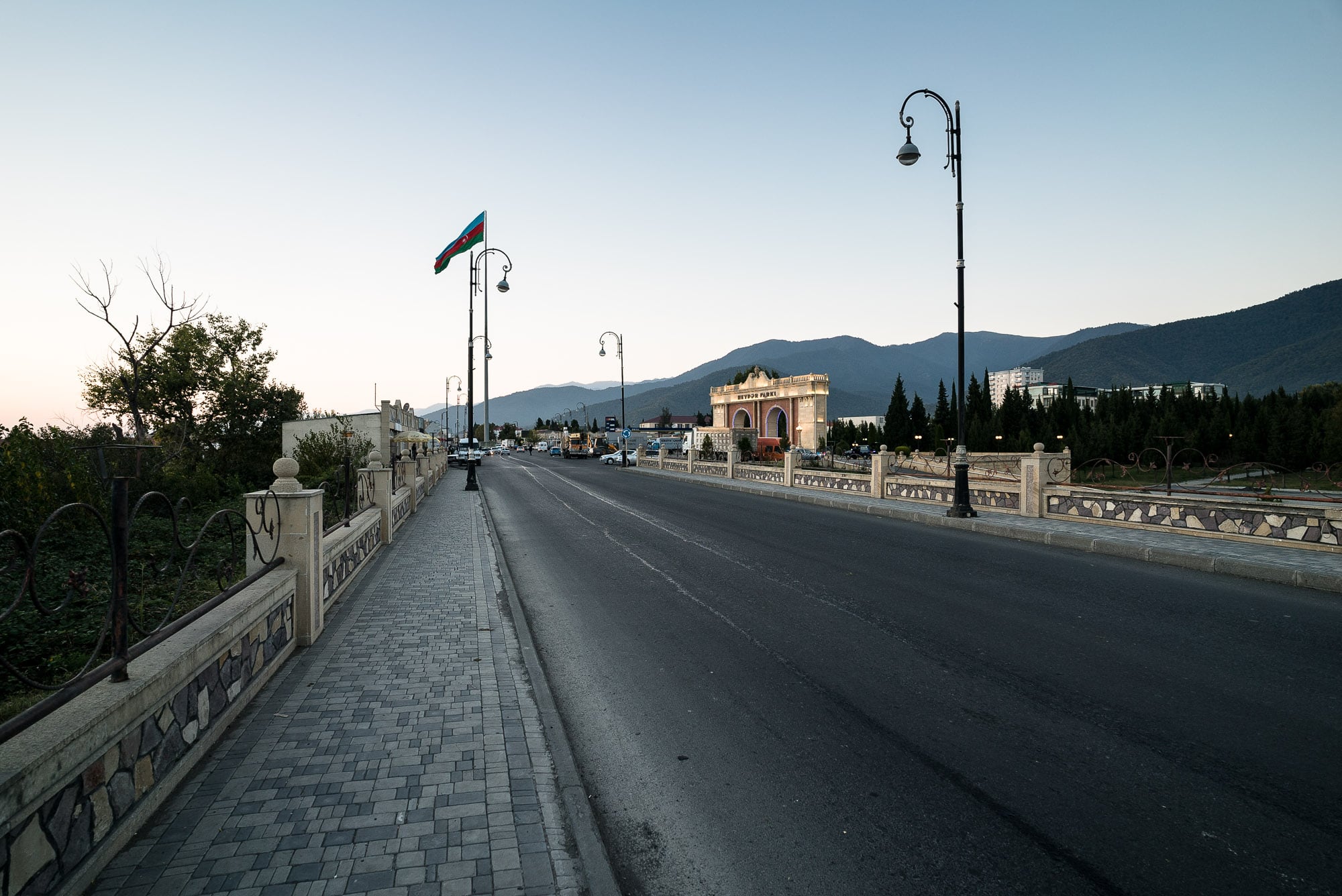 I got some food in a roadside döner shop: 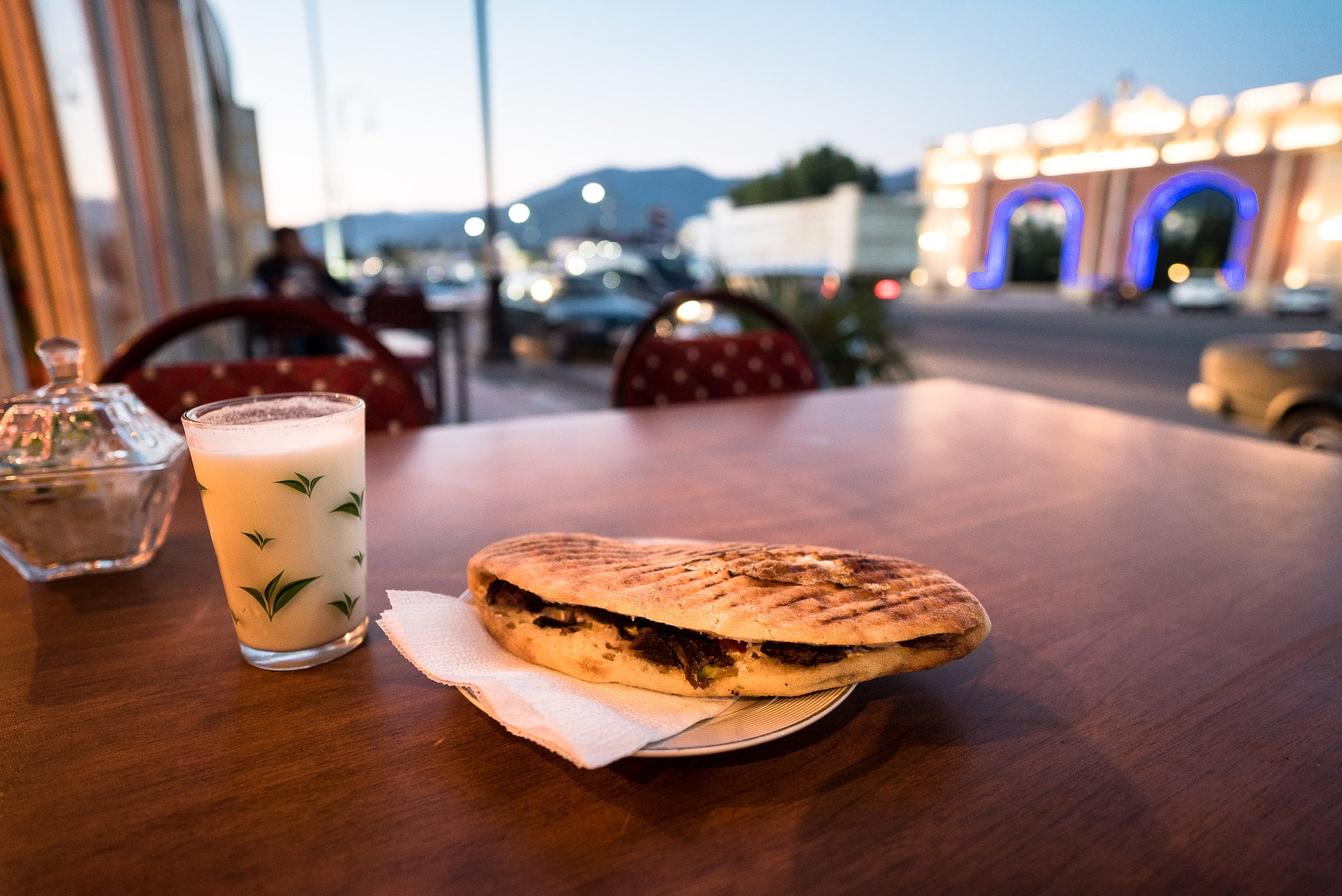 And then I bought some vodka and got myself a room.

I put my feet in some nice hot water: 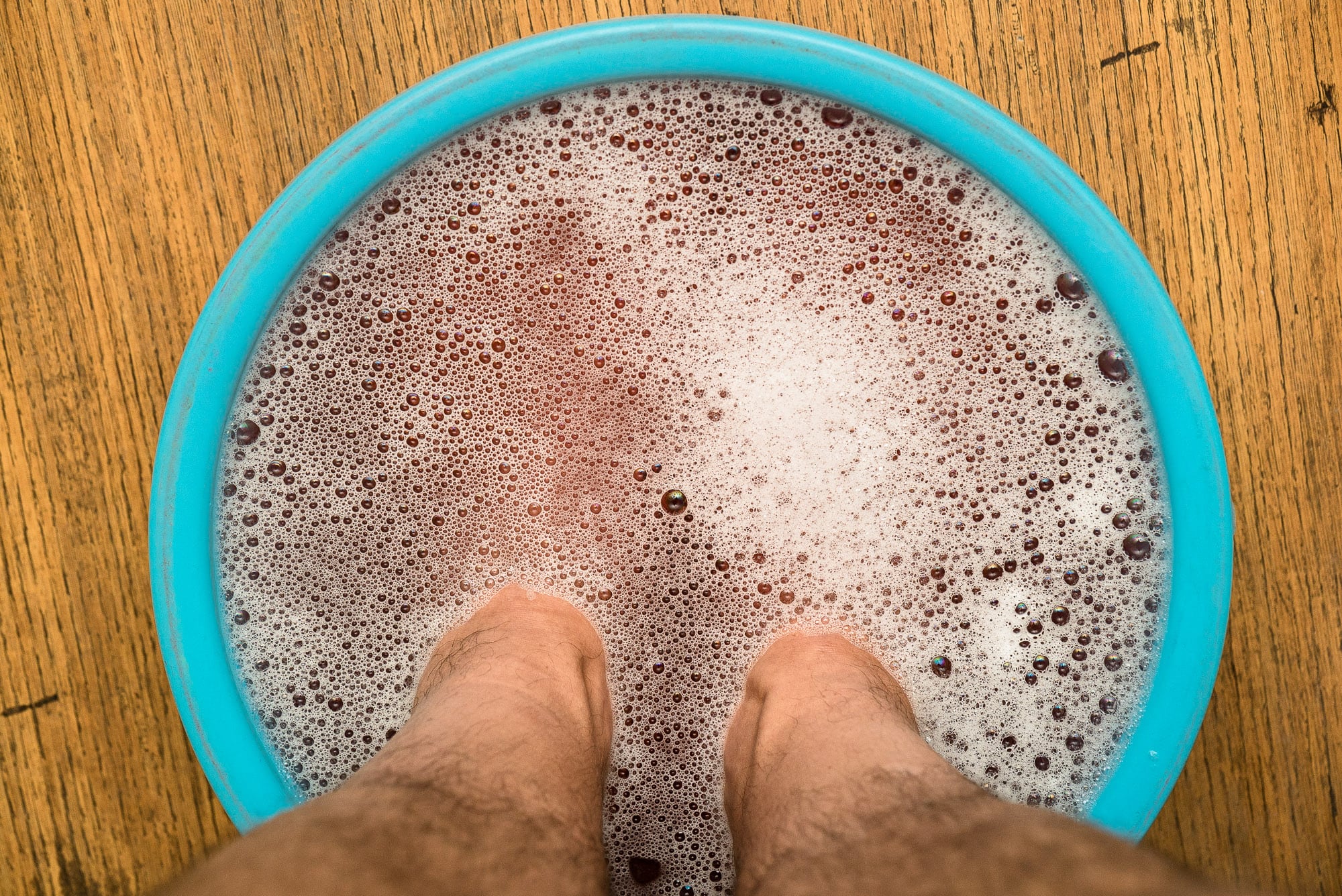 And then I opened the bottle.

Day 1257
from Zaqatala to Balakan