I woke up with a knot in my stomach. It was fear.

Many months ago, when I was walking through Mashhad, two men saying they were police (and showing me ID) had demanded to see my papers and my money, and they had stolen a hundred dollars from me. I had made a blog post and a video in which I voiced my frustration about this, especially since it happened in one of Iran’s holy cities, and also because the Iranian police seemed to be always very busy making sure that women were covering their hair (instead of, maybe, fighting corruption instead).

The blog post and the video had been dormant for a long time, but about two weeks ago they had suddenly blown up on Iranian social media. Bloggers had taken the video, chopped it up, added subtitles, and uploaded it to their channels. Famous regime critics had done the same.

When my video (or: the bloggers’ version of my video) had gone viral, I had started receiving messages from Iranian friends telling me that they were worried about my safety, and that I should leave the country as fast as possible.

So after laying low for a few days and pondering my options, I had walked to the border in seven days, without resting anywhere, hoping that things would be okay, and that I would slip out of the country and into Azerbaijan, where I had not angered anyone (yet).

Here’s a video in which I talk about the whole thing:

I left the hotel in the early afternoon: 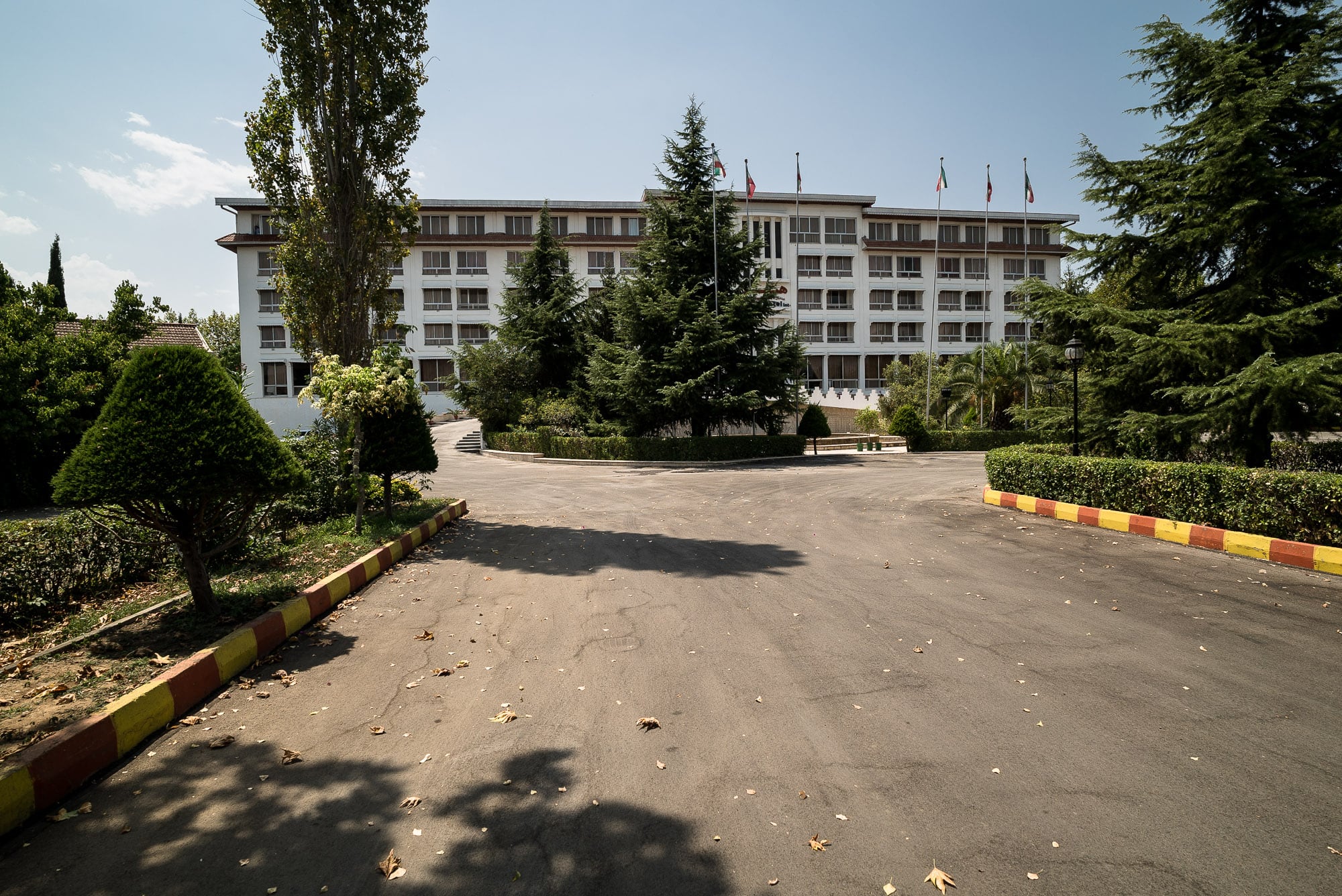 They day was nice and easy. I passed one last roundabout with an Iranian flag in the middle: 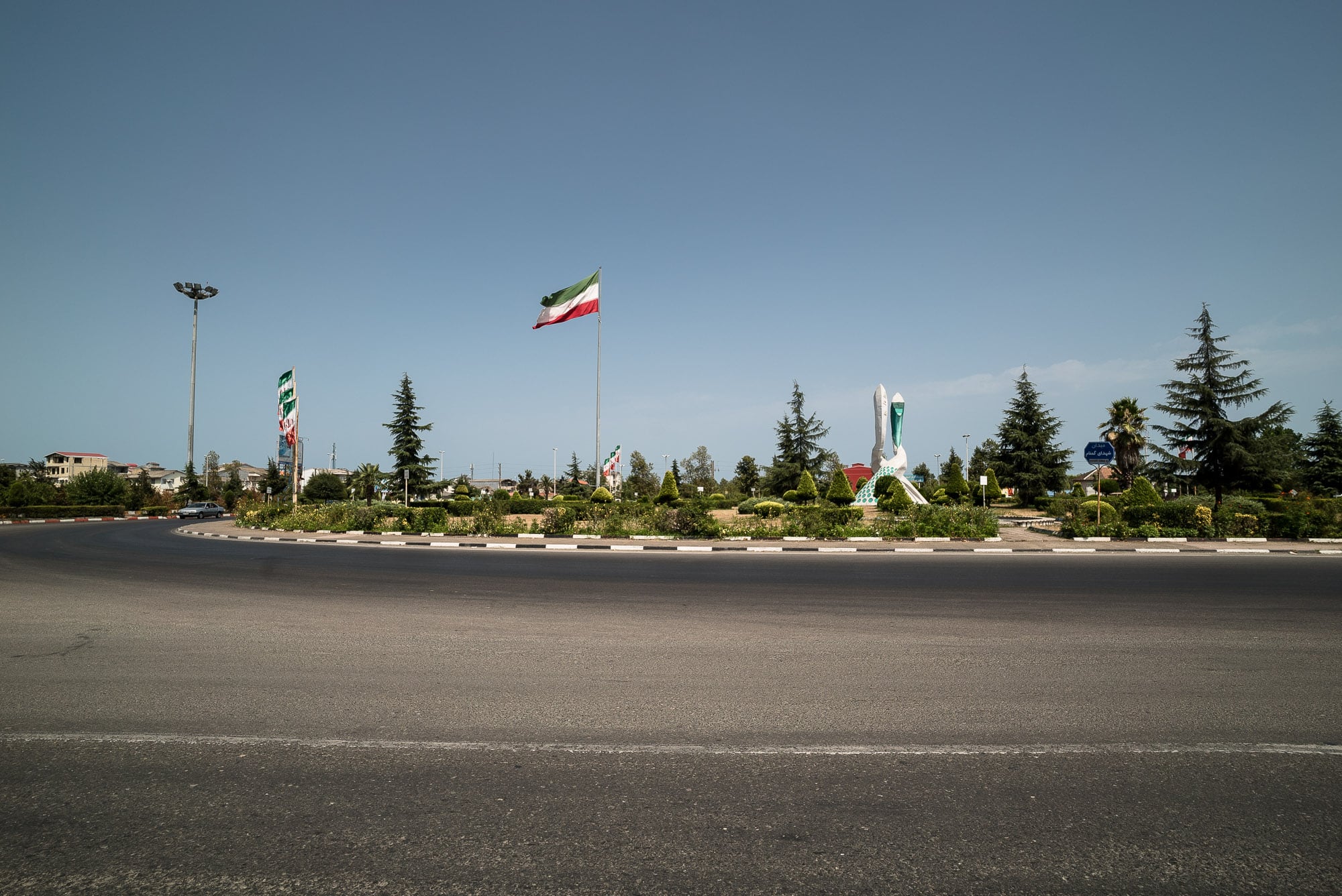 I crossed a little river: 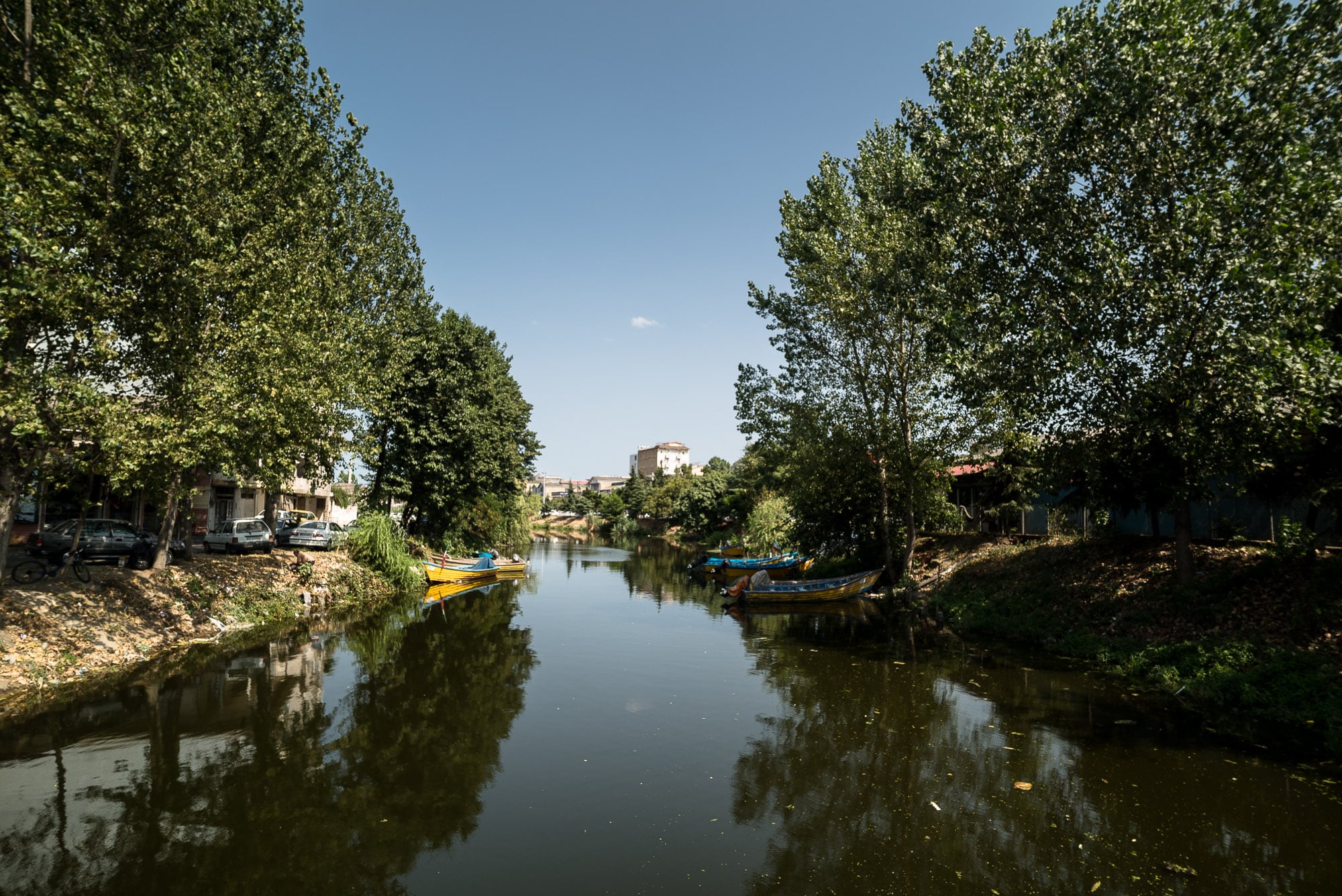 And then I was on the street that would lead directly to the border: 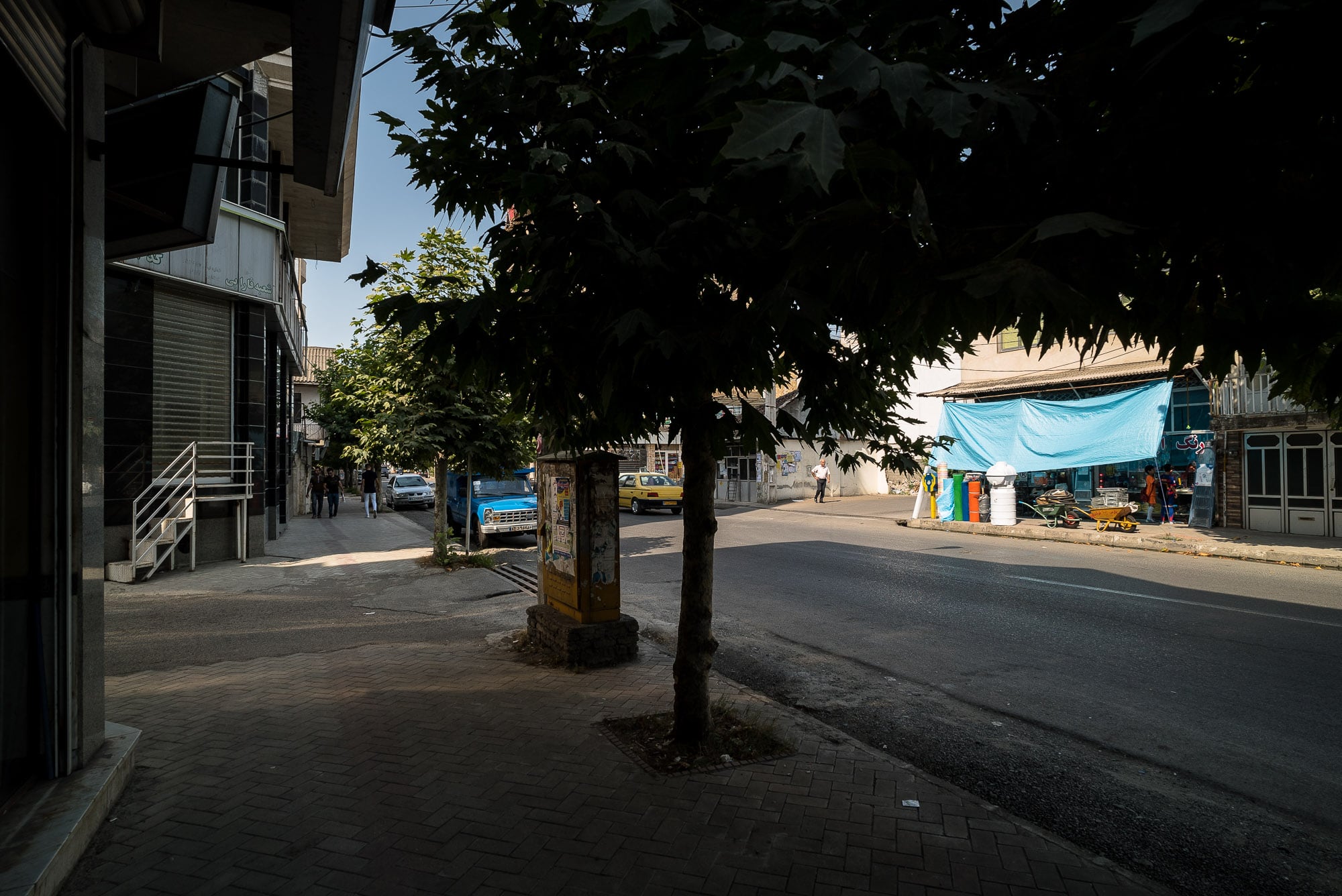 There was a shop there, on that street, a shop that seemed to sell nothing but cute little things: 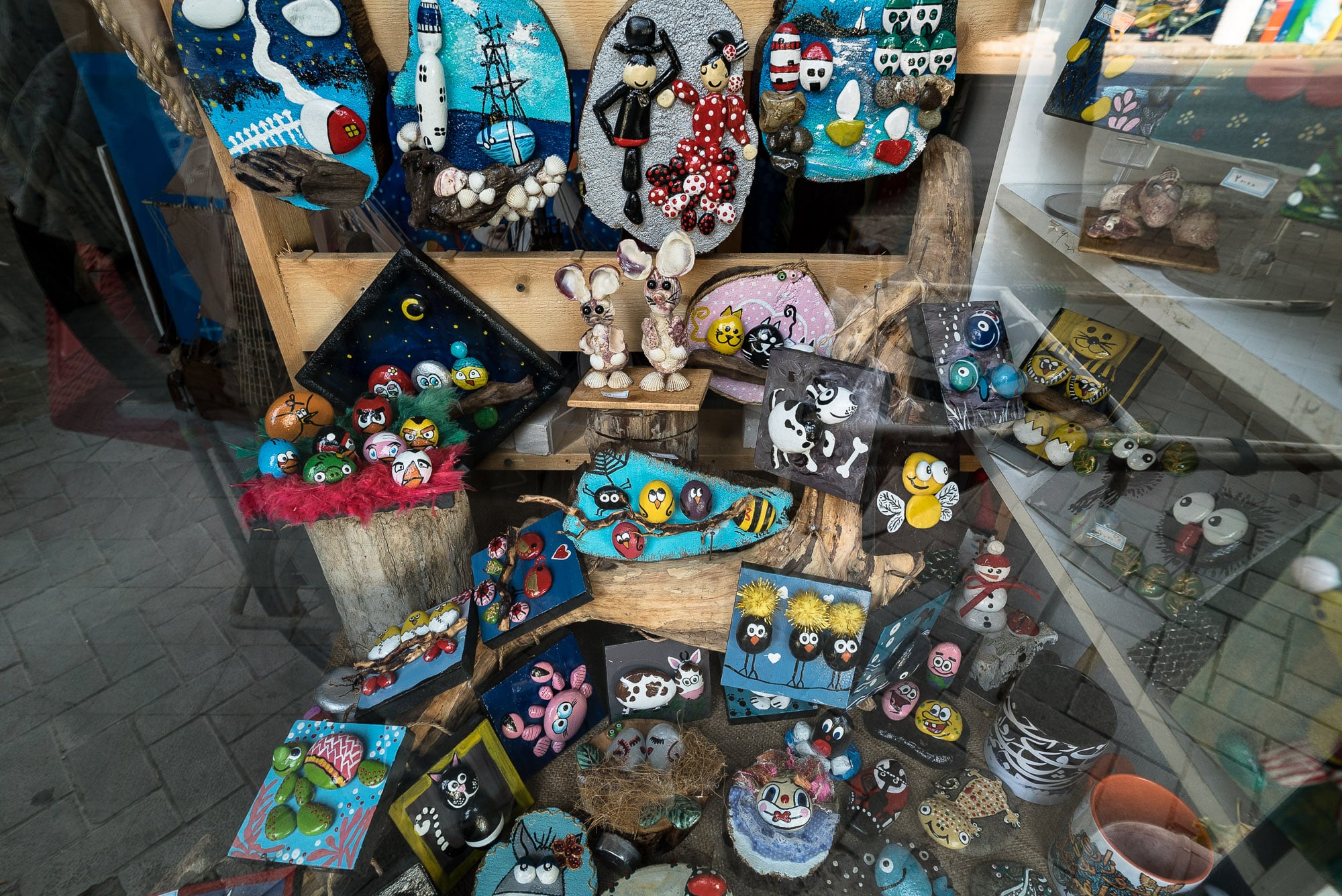 I was very happy about the existence of that shop.

It took me a while to find a restaurant that was open, but I eventually managed to order one last meal of gheimeh, of rice, of yoghurt, and of Zamzam Cola: 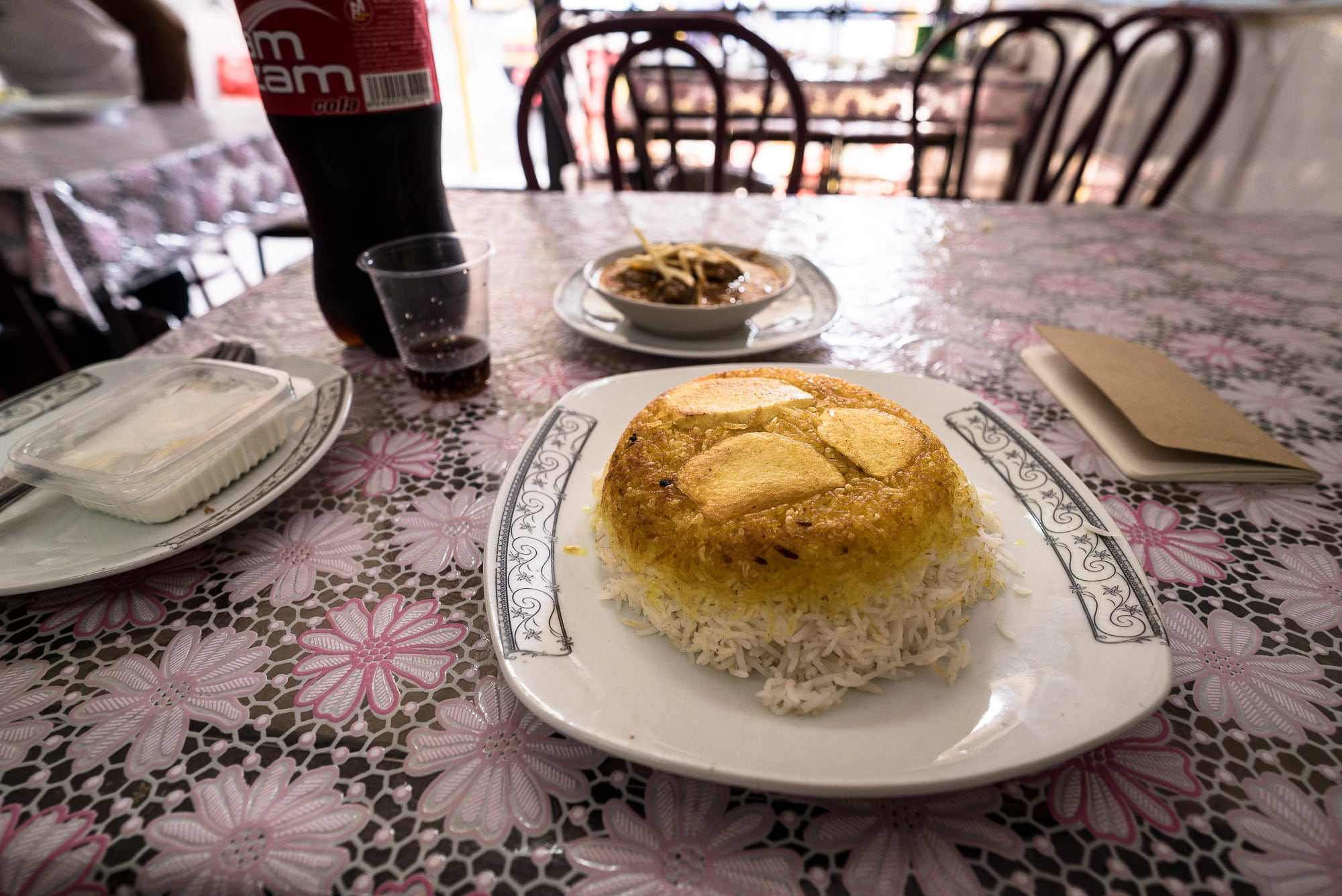 Then I went to the border crossing: 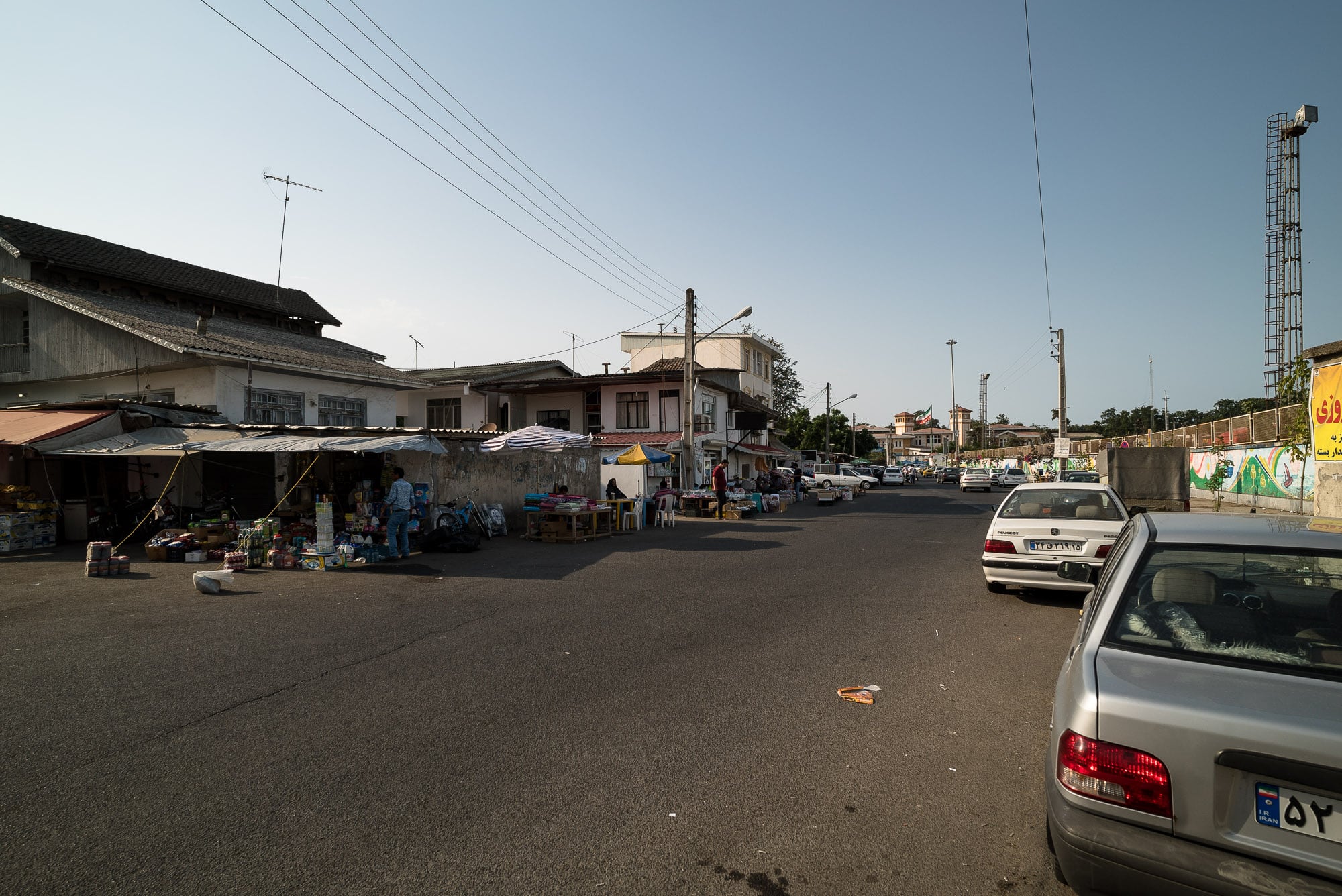 A shopkeeper tried to wave the dude over. I didn’t feel like talking, so I went straight to the border. Later a friend sent me a photo the shopkeeper had taken of me and uploaded to a Telegram group. It was grainy. But it was the dude from the video. It was me.

The border took forever. I got checked three times on the Iranian side. One time there was a little wait, and my nervousness rose to unknown levels. But in the end I was allowed to leave and enter the other side: Azerbaijan.

There, a security nightmare ensued.

But after an hour or two I was through.

This was what I saw: 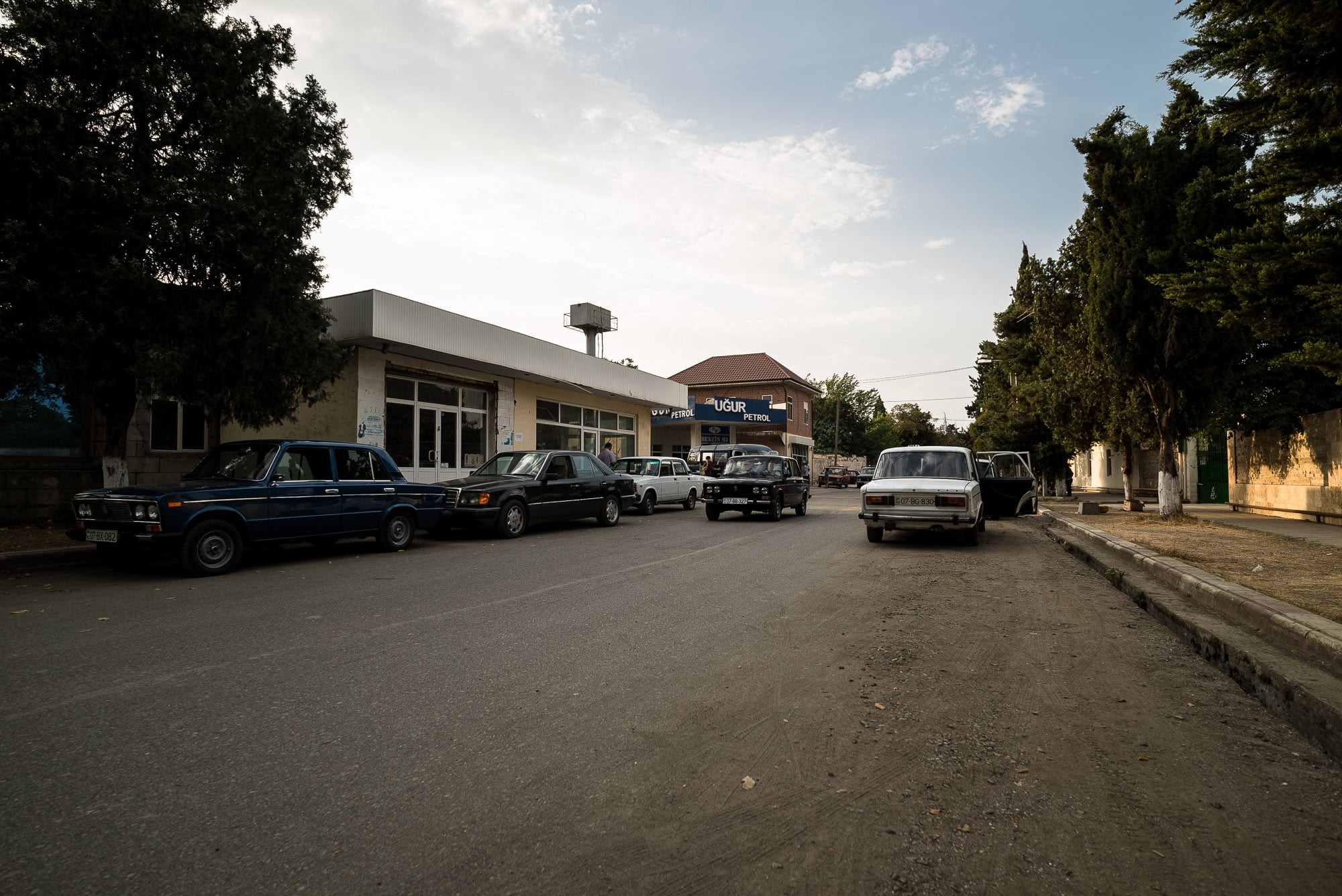 The Caboose had made it to yet another country – Azerbaijan: 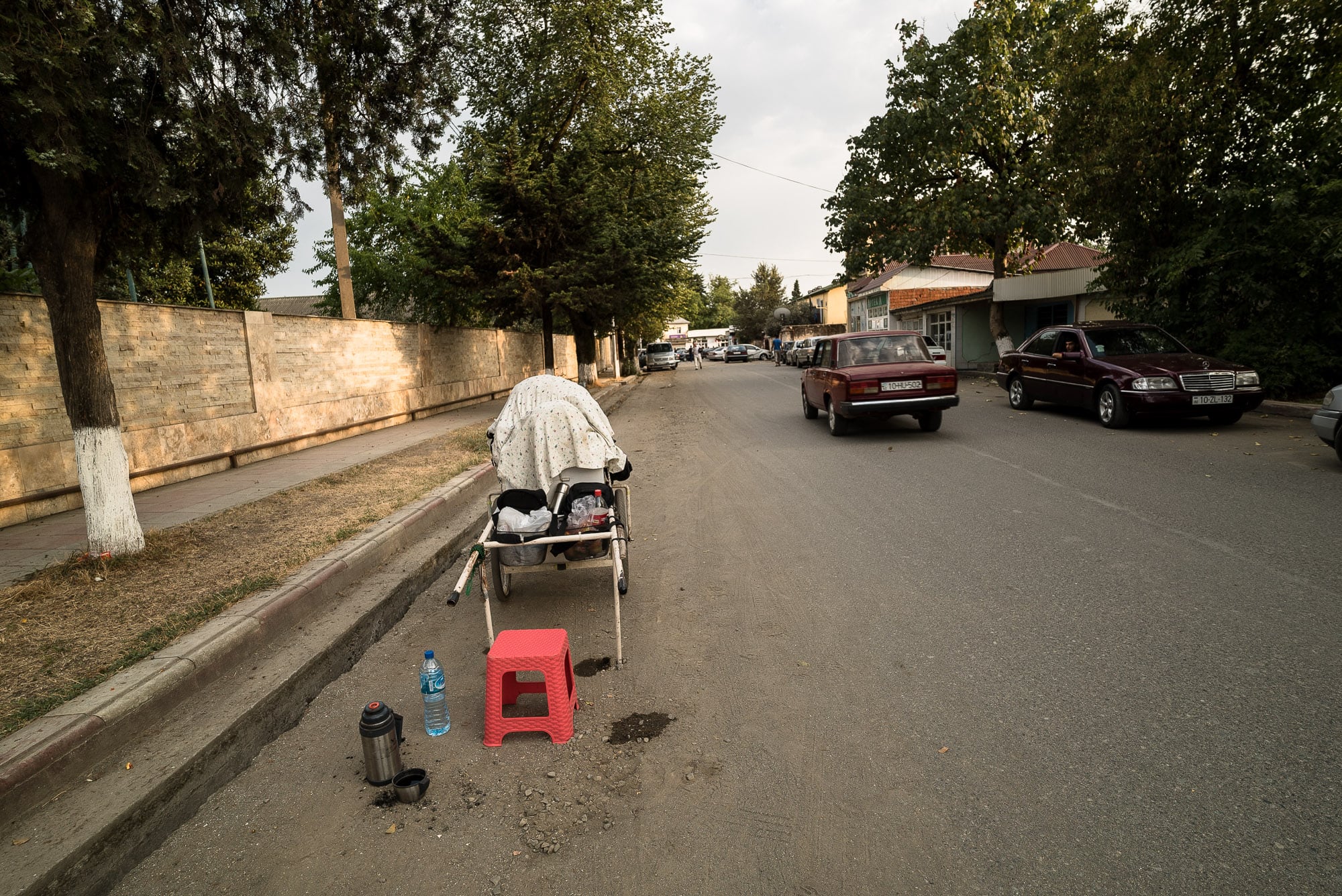 Some people wanted their picture taken with me, so we did that: 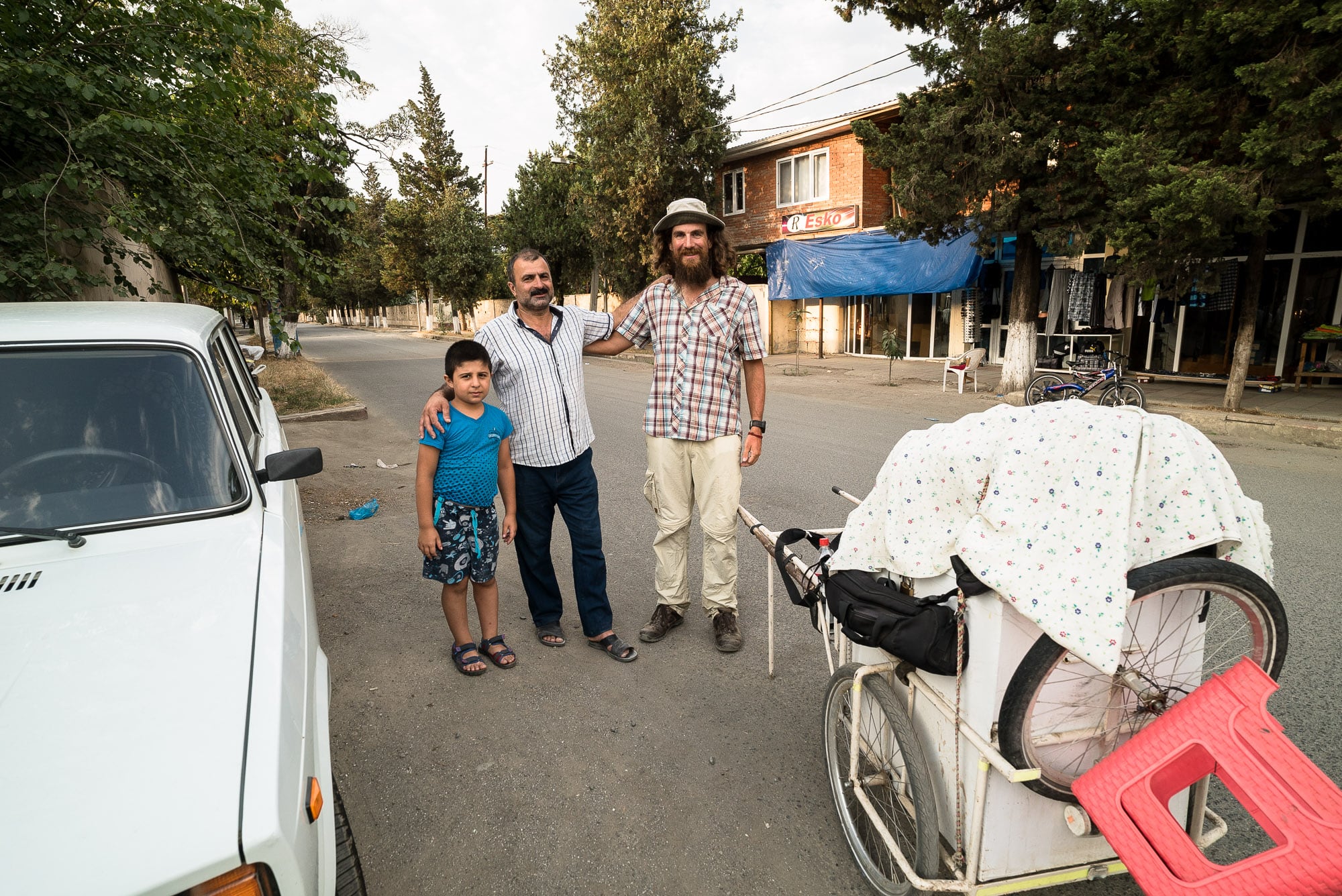 They didn’t know I was the dude from some obscure video that had gone viral in the neighboring country.

Then I started walking through Astara, looking for a hotel: 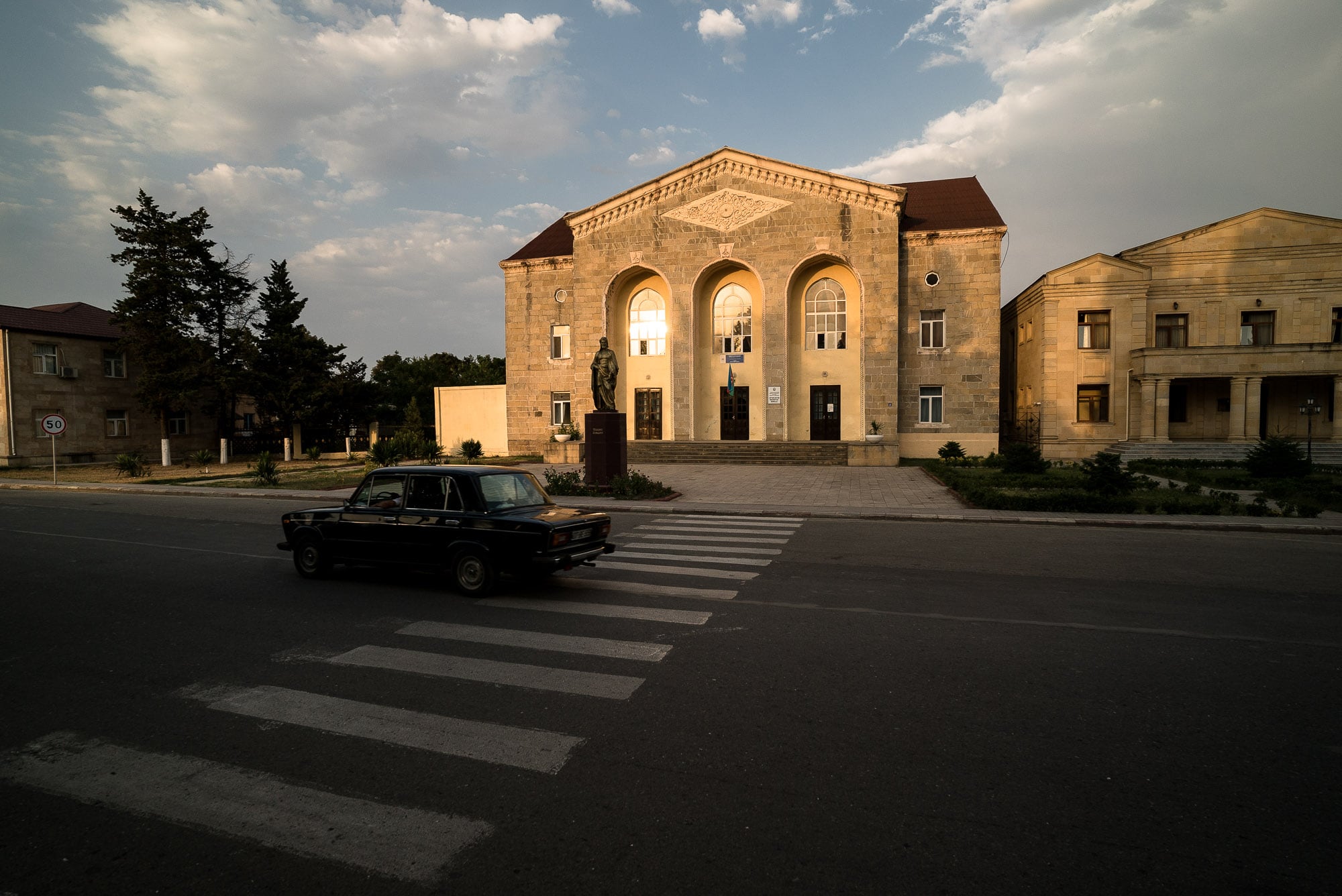