I felt weak and sickly, so I didn’t want to go outside. But I had to, because I needed to find an ATM and get some Lari, the Georgian currency. Also I needed a Georgian SIM card for my further travels.

So I left the guesthouse and walked around in the small town of Lagodekhi. There were quite a few large buildings that seemed to have been deserted: 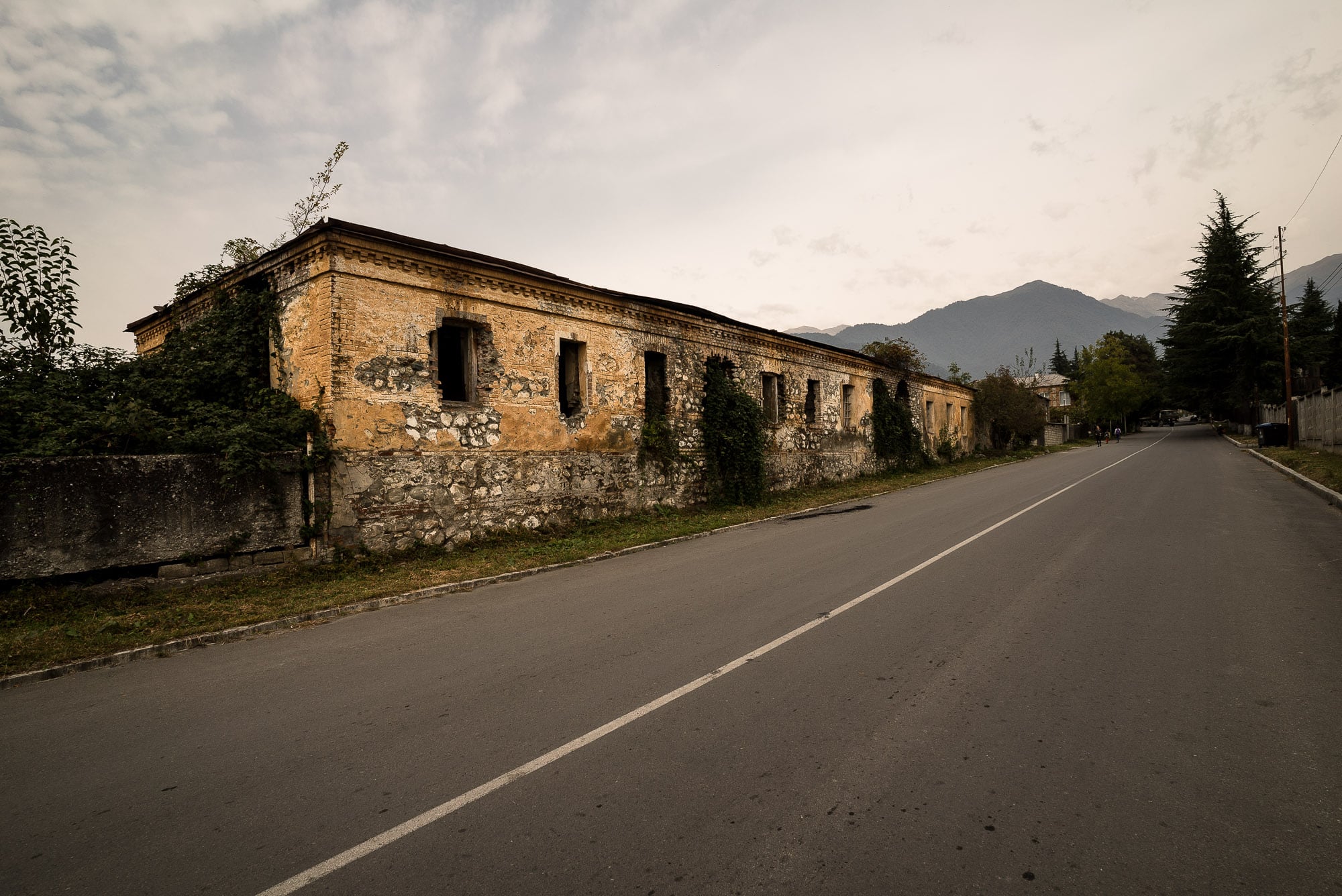 This one in particular was a bit strange because a) it was so big, and b) the windows in the top left corner were still intact, and I could hear noises resembling dancing classes coming from their direction: 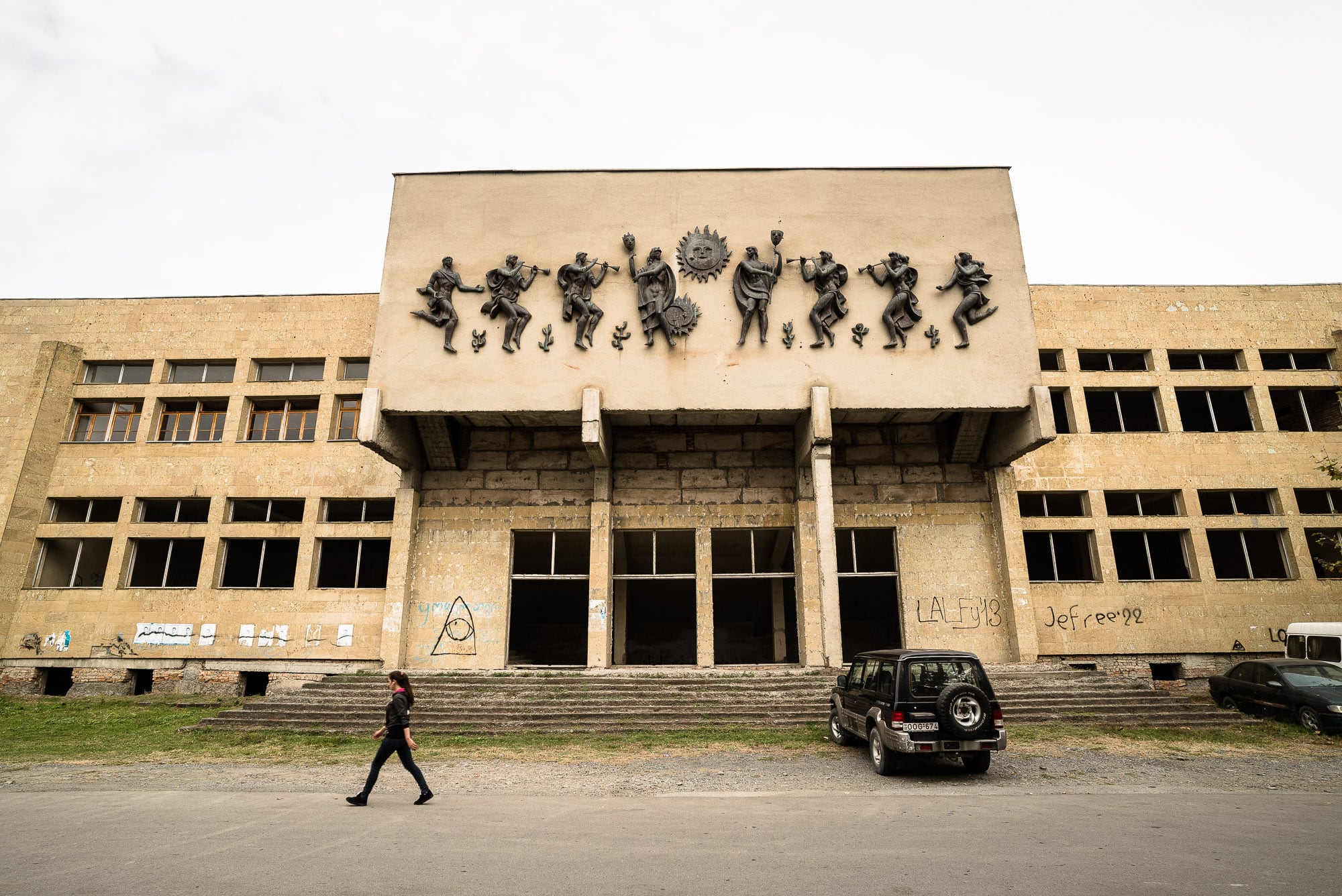 One thing that was very different from Azerbaijan – there were political ads everywhere, little posters where people tried to get other people to vote for them: 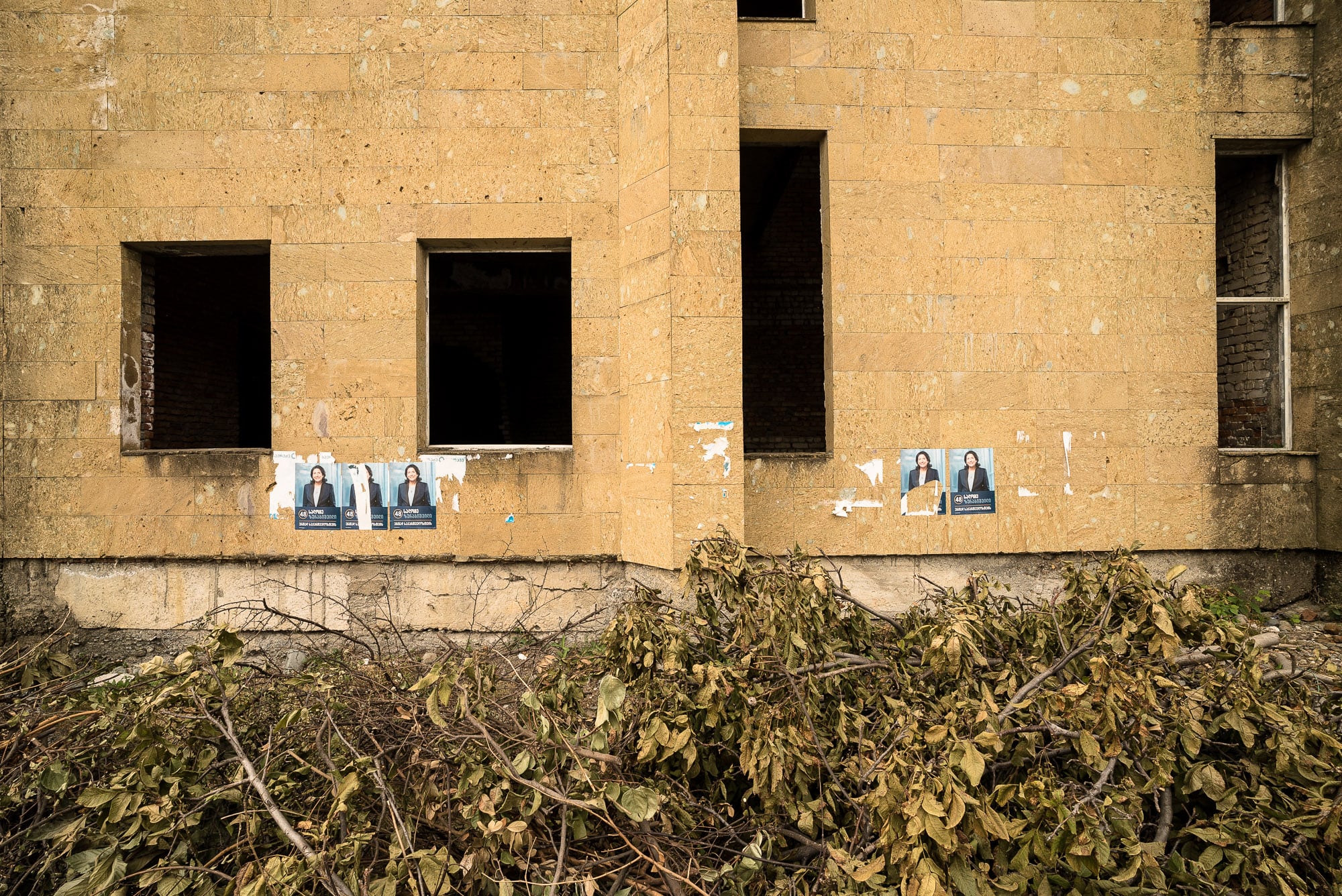 I didn’t understand them or Georgian politics. But after months of looking at billboards showing the President of Azerbaijan (and his dad, the former President) I was happy about their existence.

And there was another thing that seemed different from Azerbaijan – there were grapes everywhere: 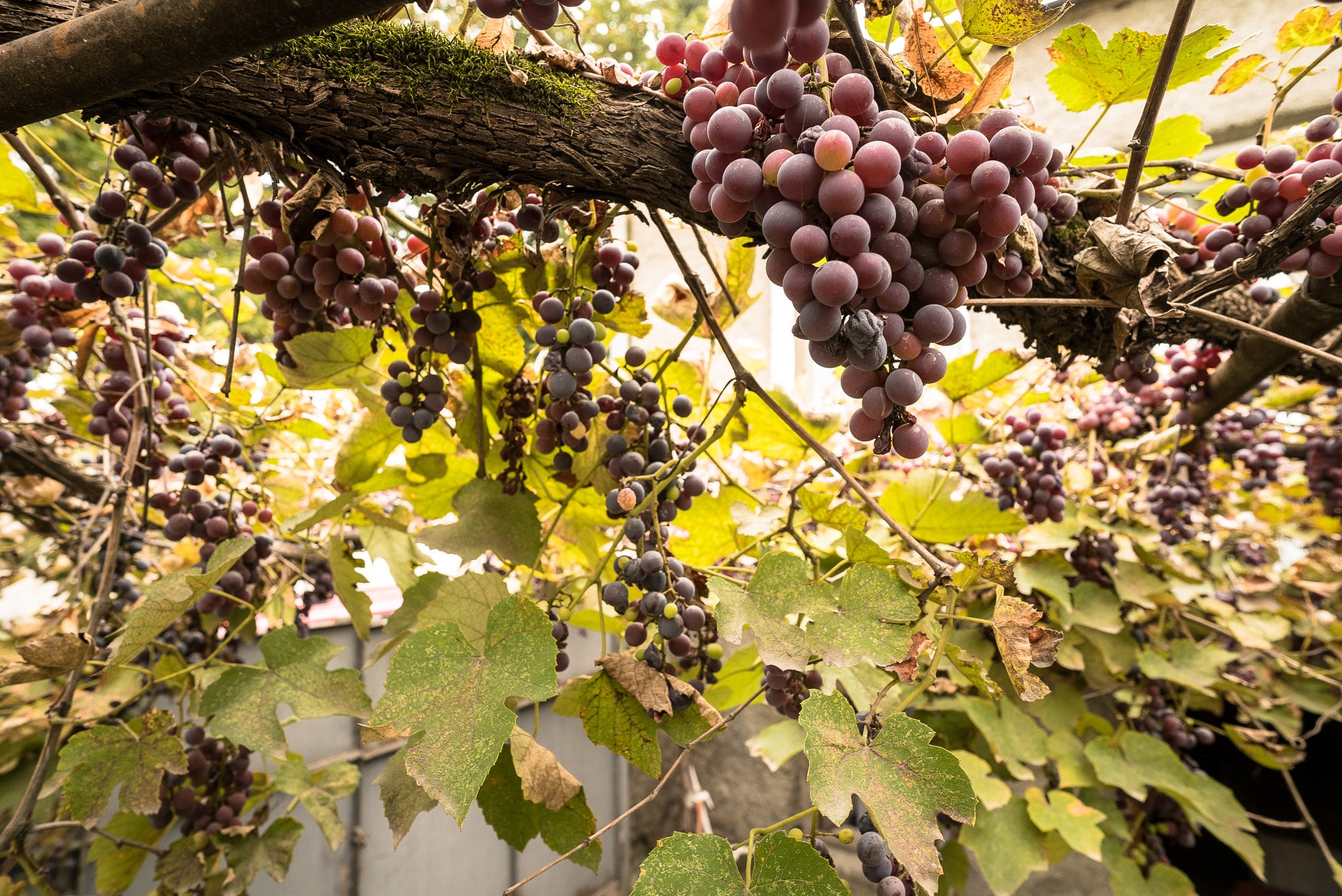 This didn’t come as a total surprise, because Georgia claimed to be the motherland of wine.

It took me a while to find an ATM and a place where I could buy the SIM card, but when I finally had everything I decided to stop at a tiny bazaar on the main road: 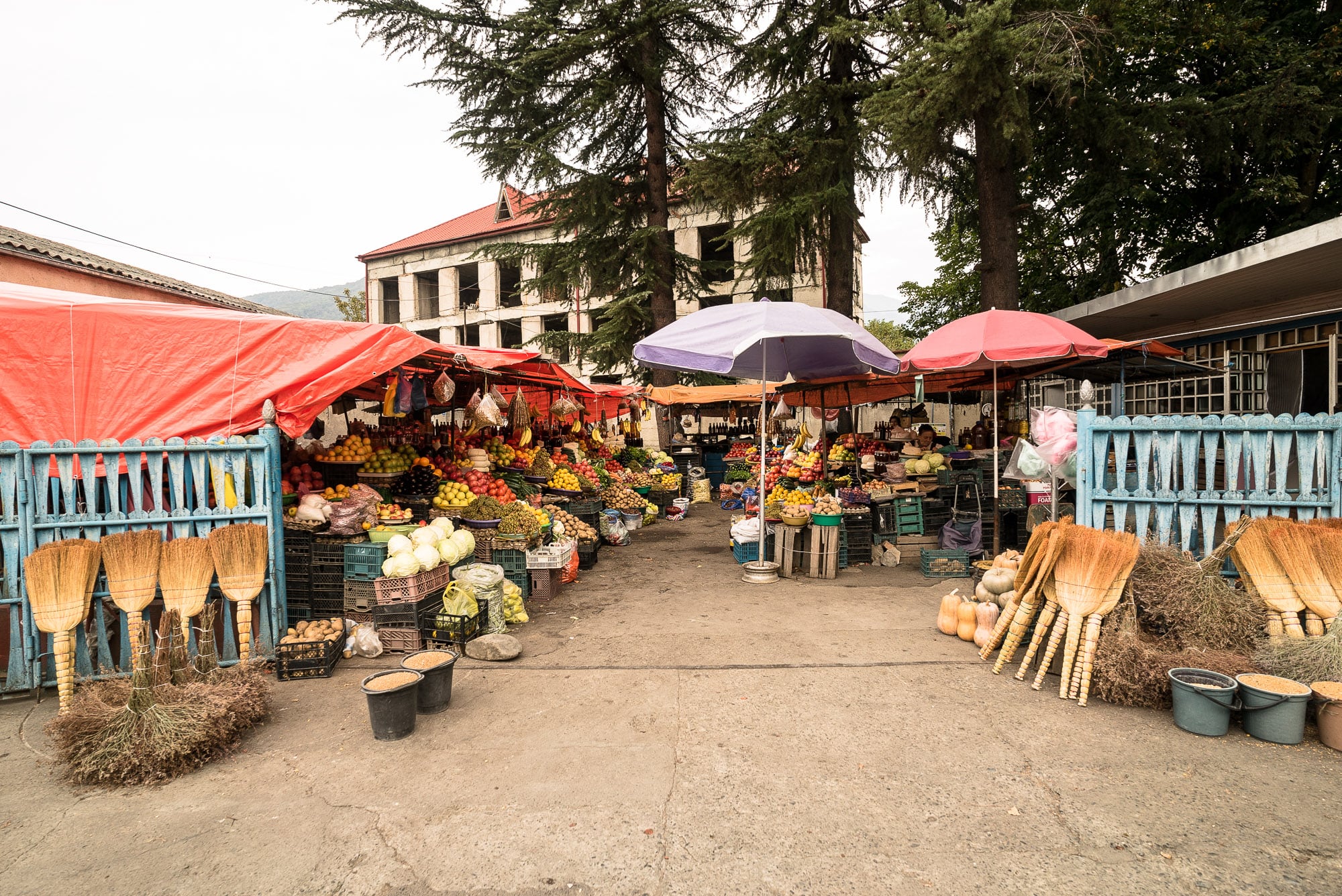 It was tiny indeed, but the produce looked very inviting, so I got some mandarins and some lemons: 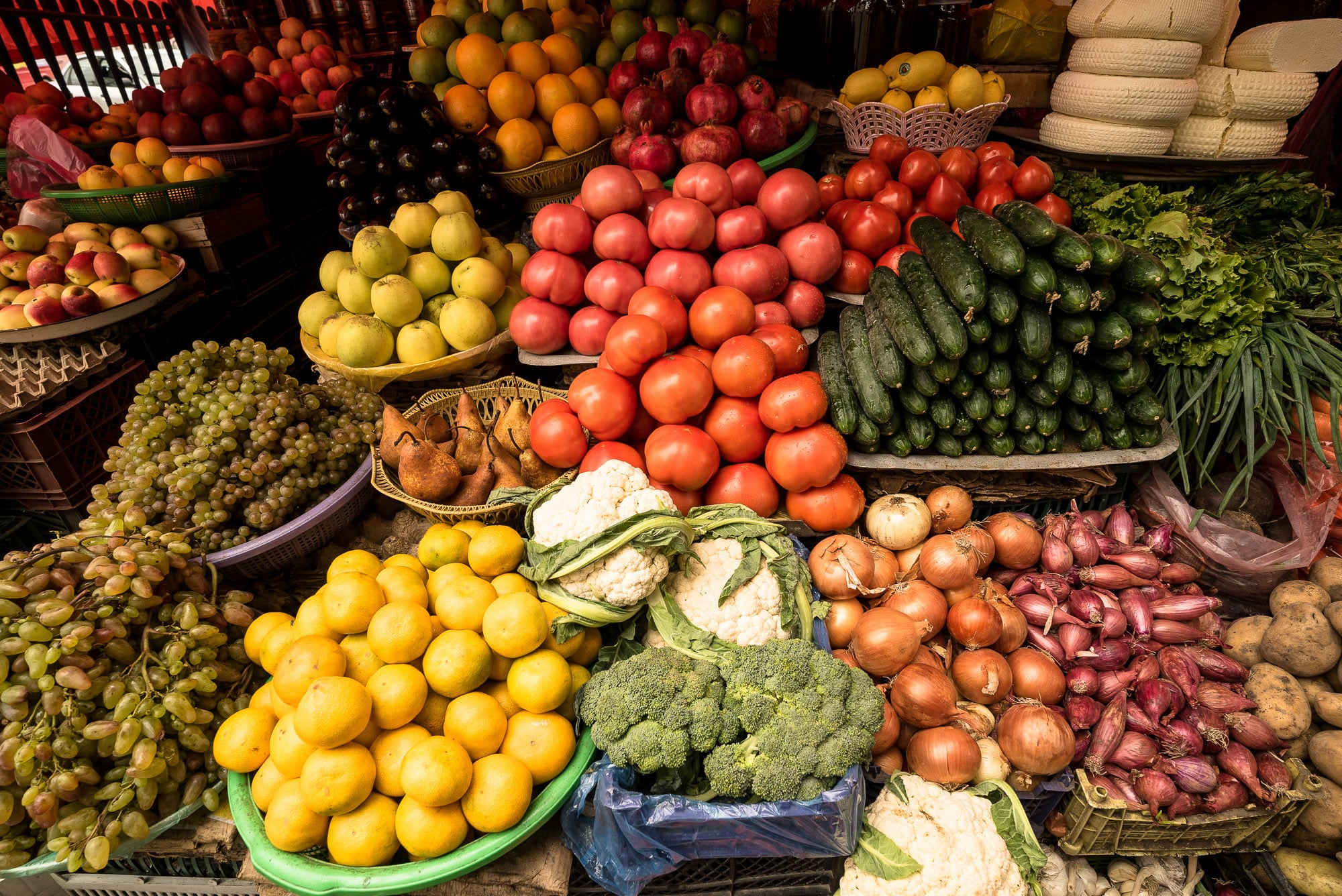 Then I had my first Georgian lunch, a sort of beef stew that reminded me of Hungarian pörkölt: 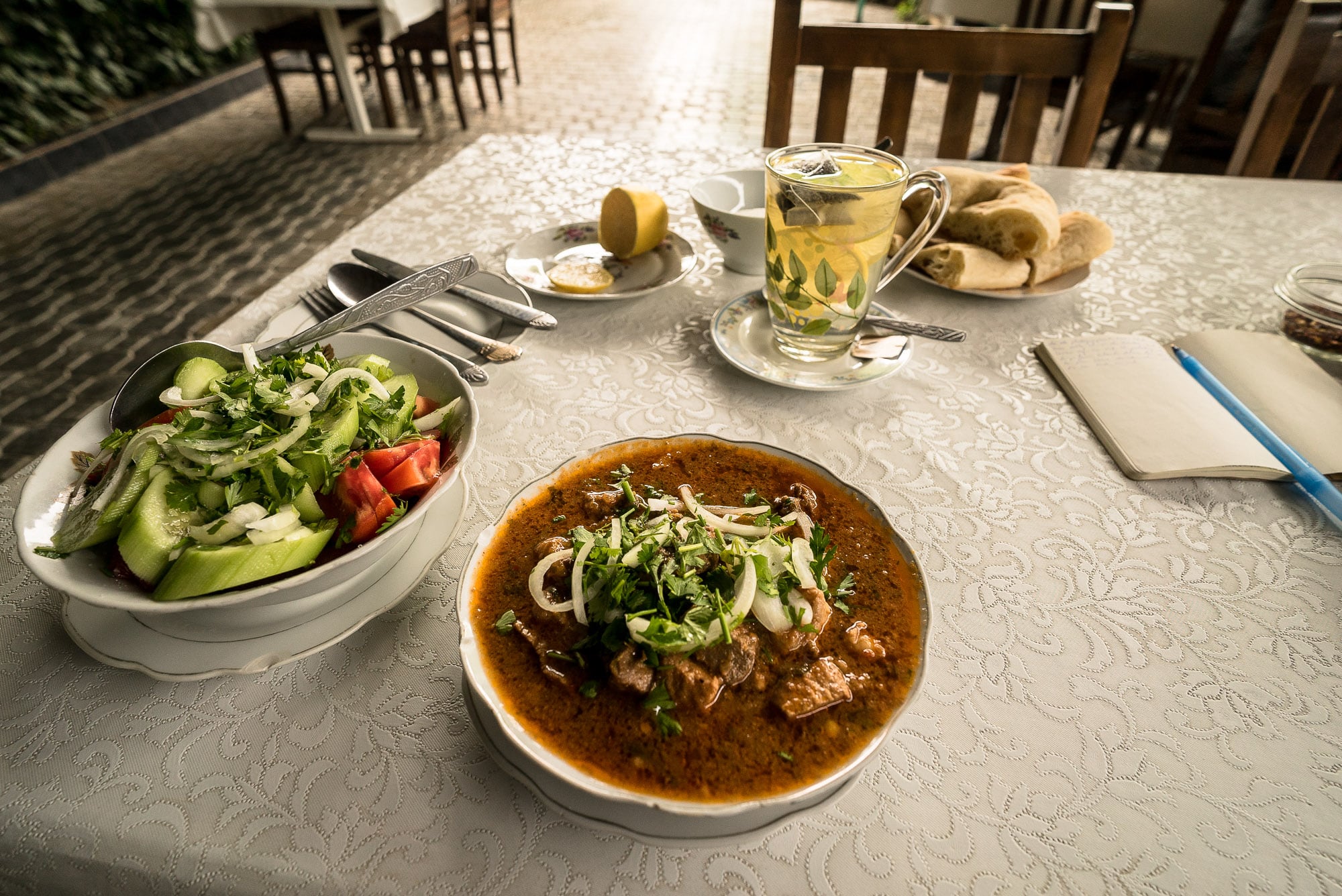 Lagodekhi had a nice laid-back vibe to it: 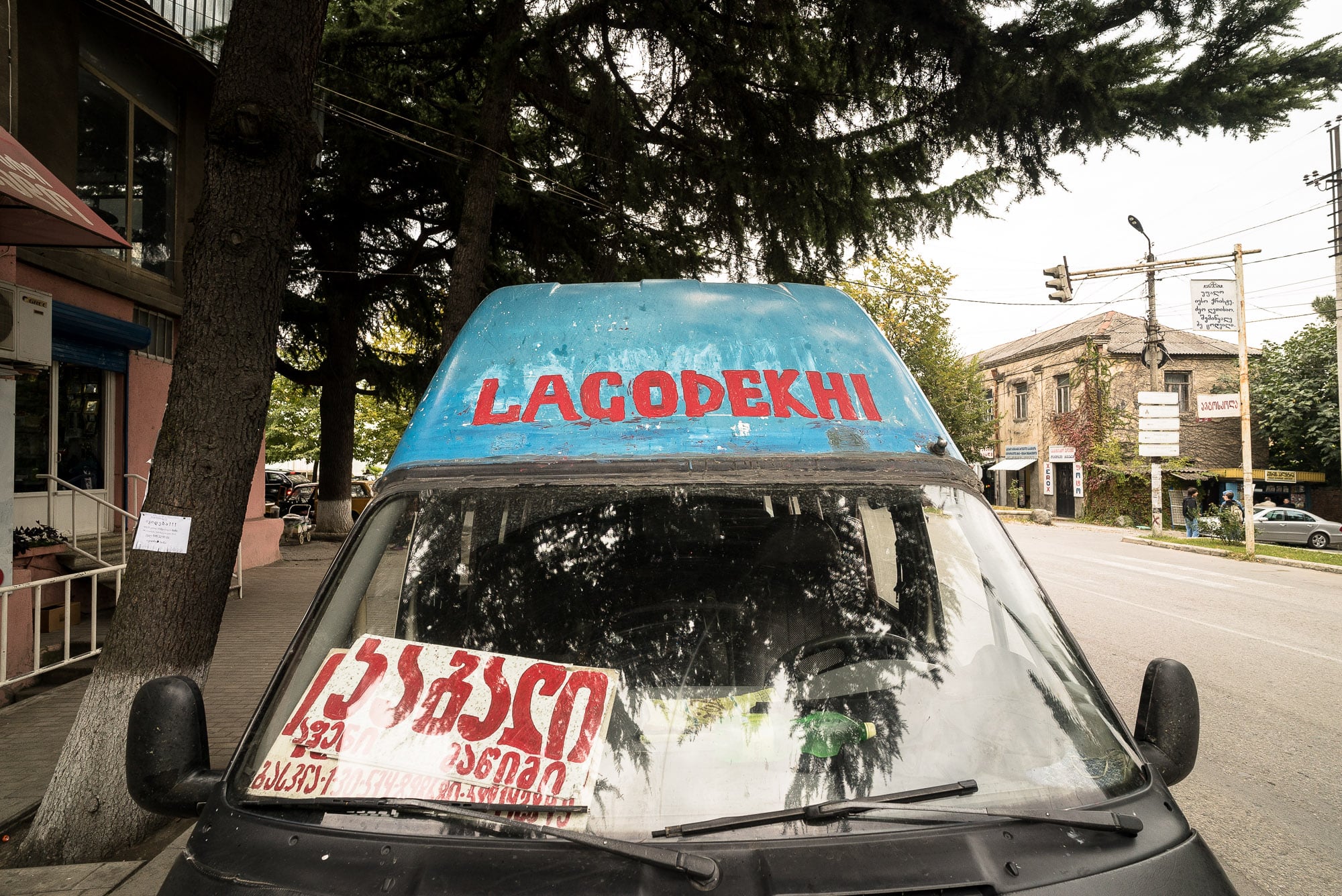 But I felt sickly and weak.