Remember a while ago I told you that I suspected one of my thermos flasks to be broken? Well, it seemed as though it was true. I didn’t understand why, but the thing had started to become hot on the outside after I poured hot water into it, and then the water inside quickly cooled down. The thermos effect had been lost, rendering it useless.

So today I went around town, and I looked for a new thermos. I ended up buying a 1 liter version that was green: 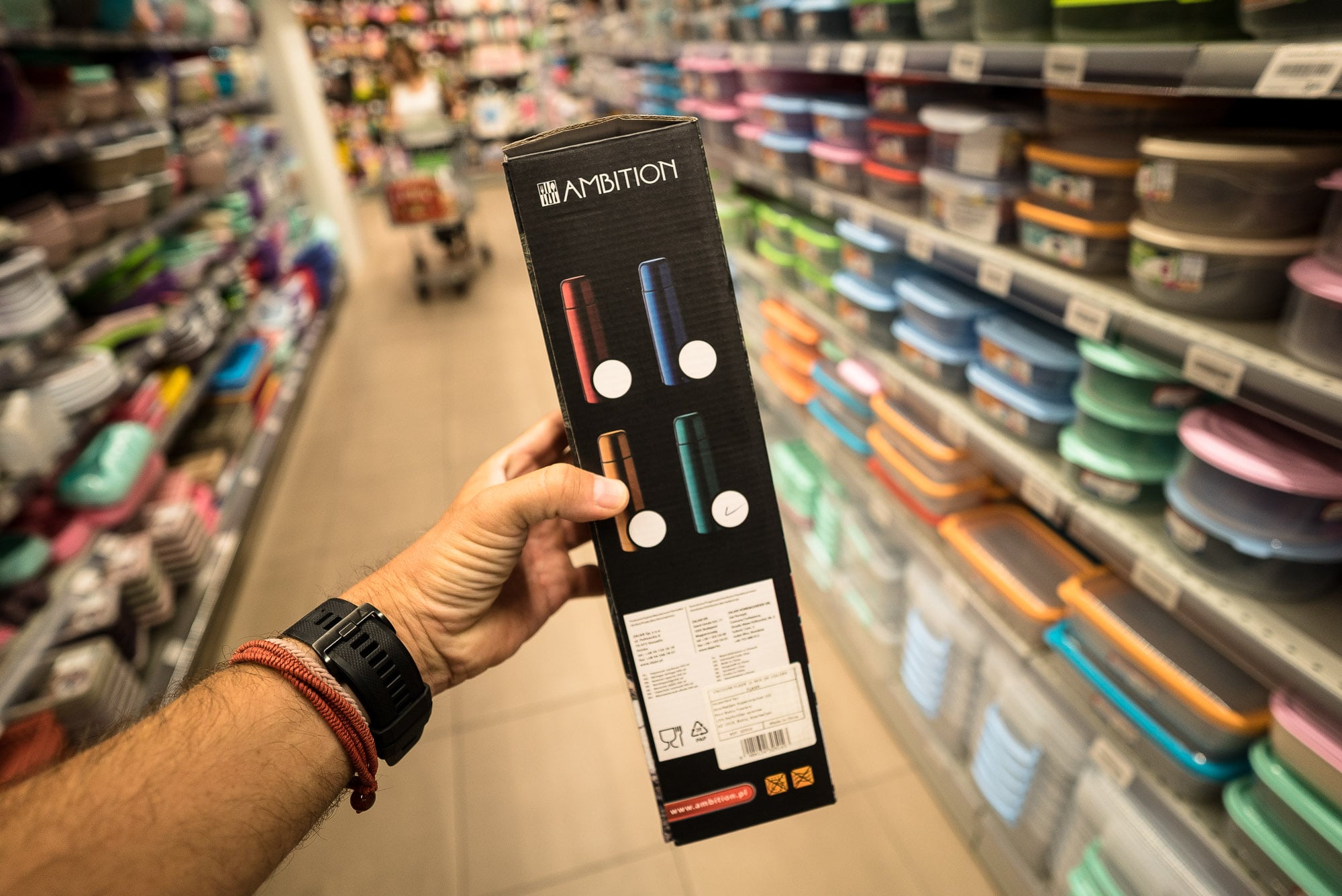 I had wanted 1,5L in pink, but, was we say in Germany, life wasn’t a request show where you always got what you wanted. So I got the green 1L version, and I would learn to be happy with that.

Then I went to the northwest of town and looked for a hotel. It turned out to be quite difficult, but in the end I found one that was affordable and clean. I left my backpack there and got on my way. I was going to go to the bicycle shop where I had dropped off the Caboose to get repaired two weeks earlier.

The way there led through some of the more humble parts of Baku: 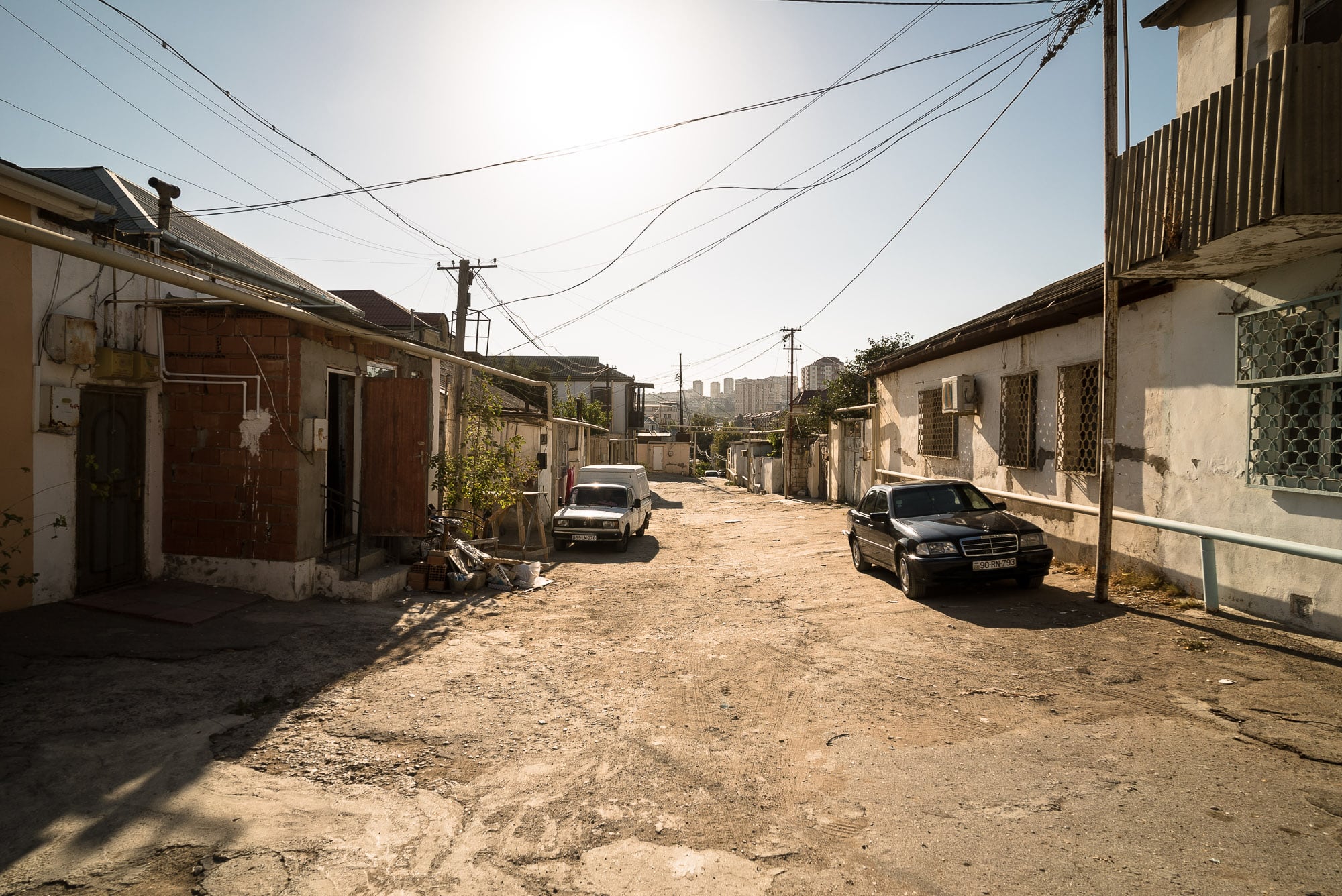 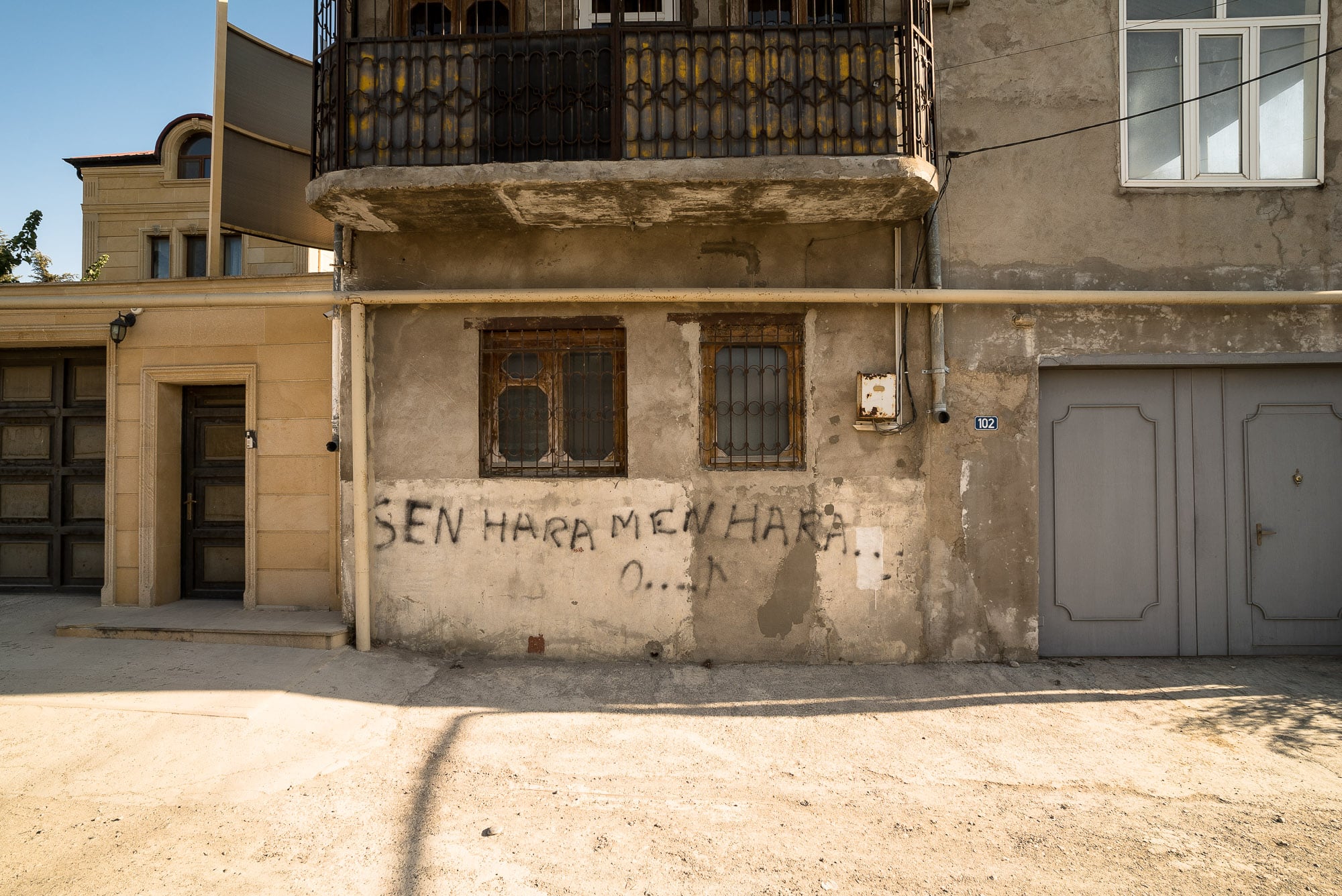 I asked a friend what it meant, and I was told that the exact translation was “where are you, where am I”, but that it meant something like “you and I are in different places”, which could then be interpreted as “you wanna be together?” But then there was also the suspicious: “o…” in the last line, which meant either “he” or “she”.

Just like any good love story, it was all a bit confusing.

When I arrived at the bicycle shop “Velolider”, it was already starting to get dark. My friend Vuqar wasn’t there, but his colleague Jamshid brought out the Caboose and explained to me what they had done: 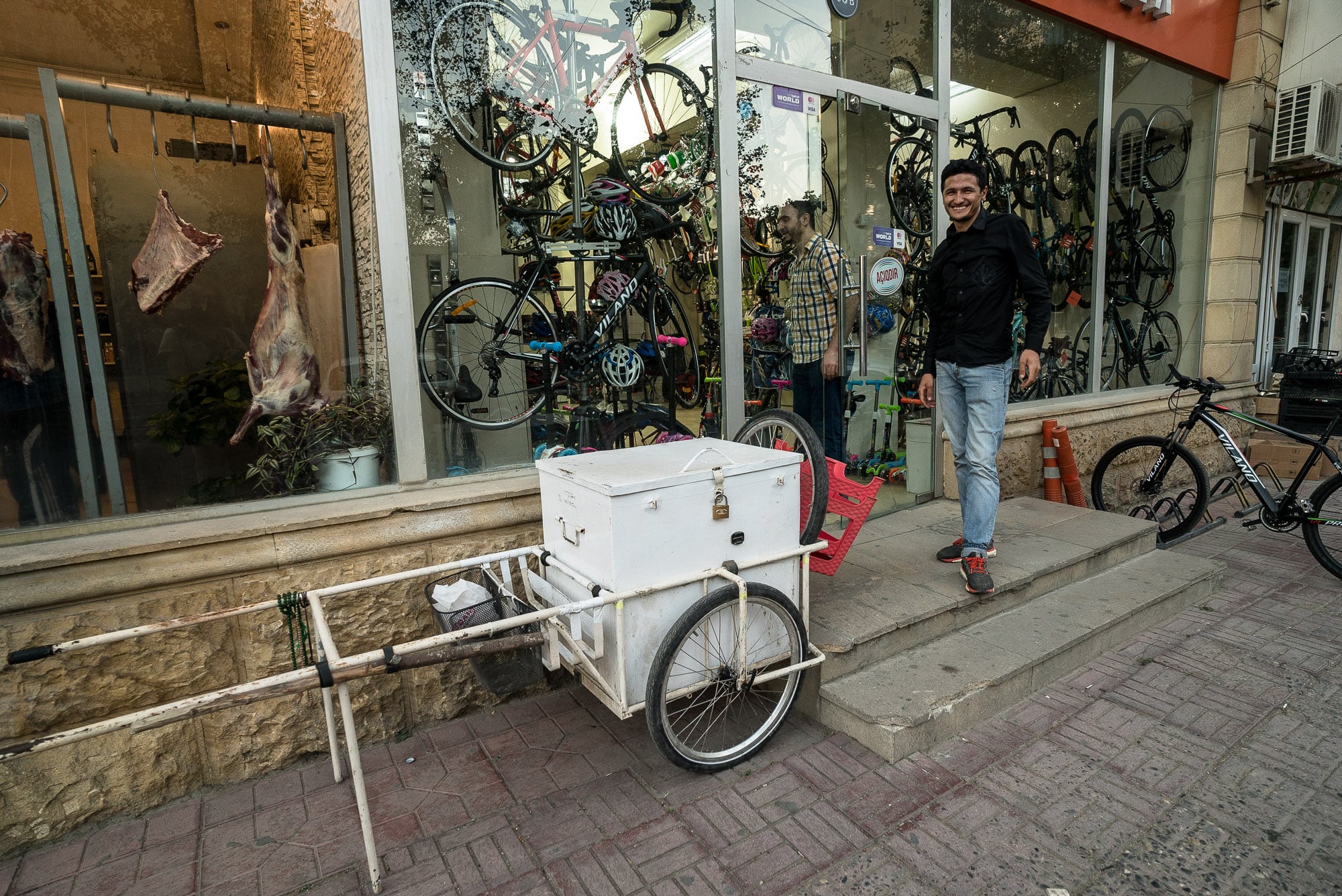 She had gotten new axles and new ball bearings all around. They had also fixed the spikes and the wheels, but they had not found any 24 inch brand tyres, so they had left the old ones on. They said the tyres were still okay.

I stayed around for a while, then I took the Caboose and walked back to the hotel: 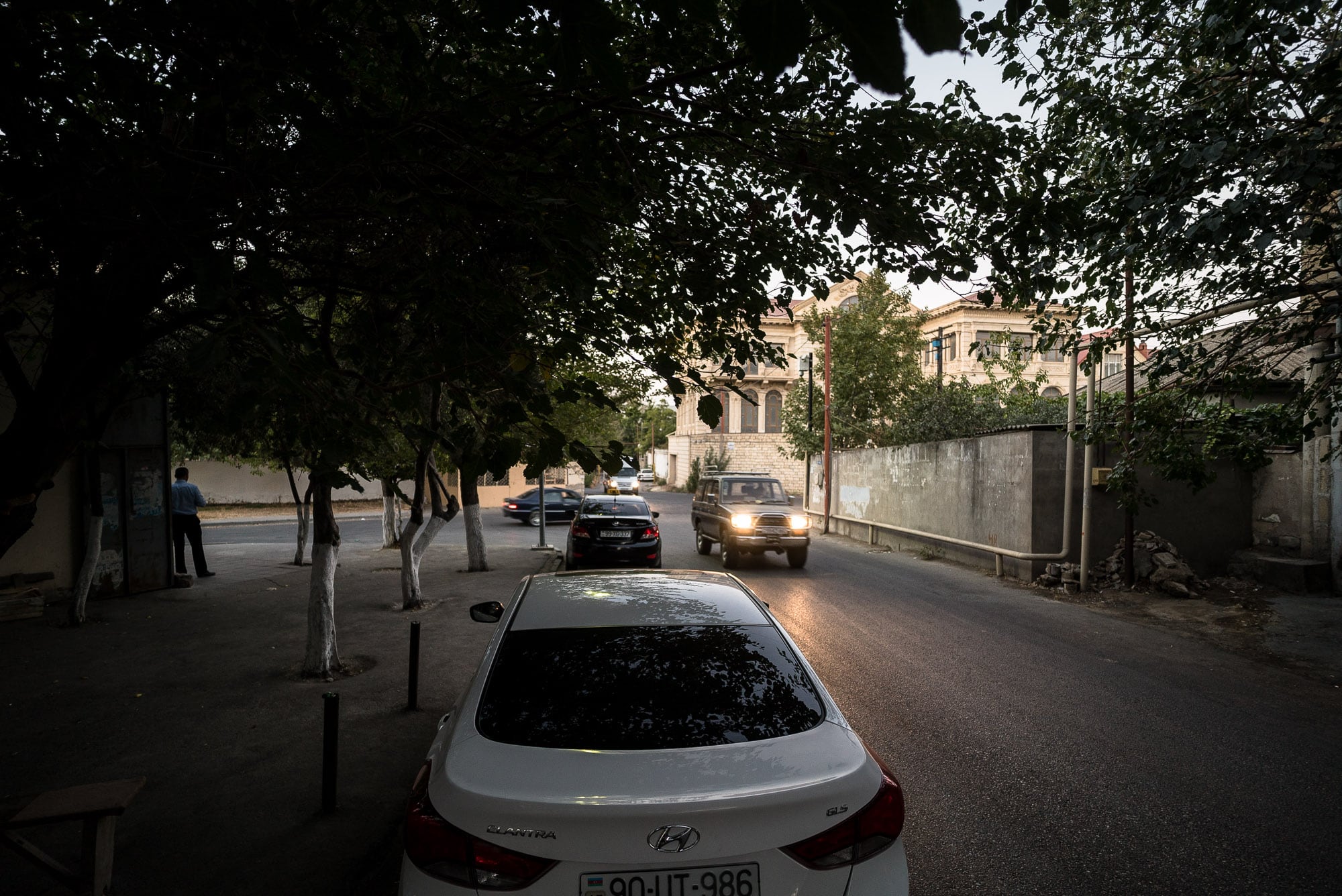 It was only 1,9km, and for a while I was wondering if this was to be the shortest distance ever on The Longest Way. 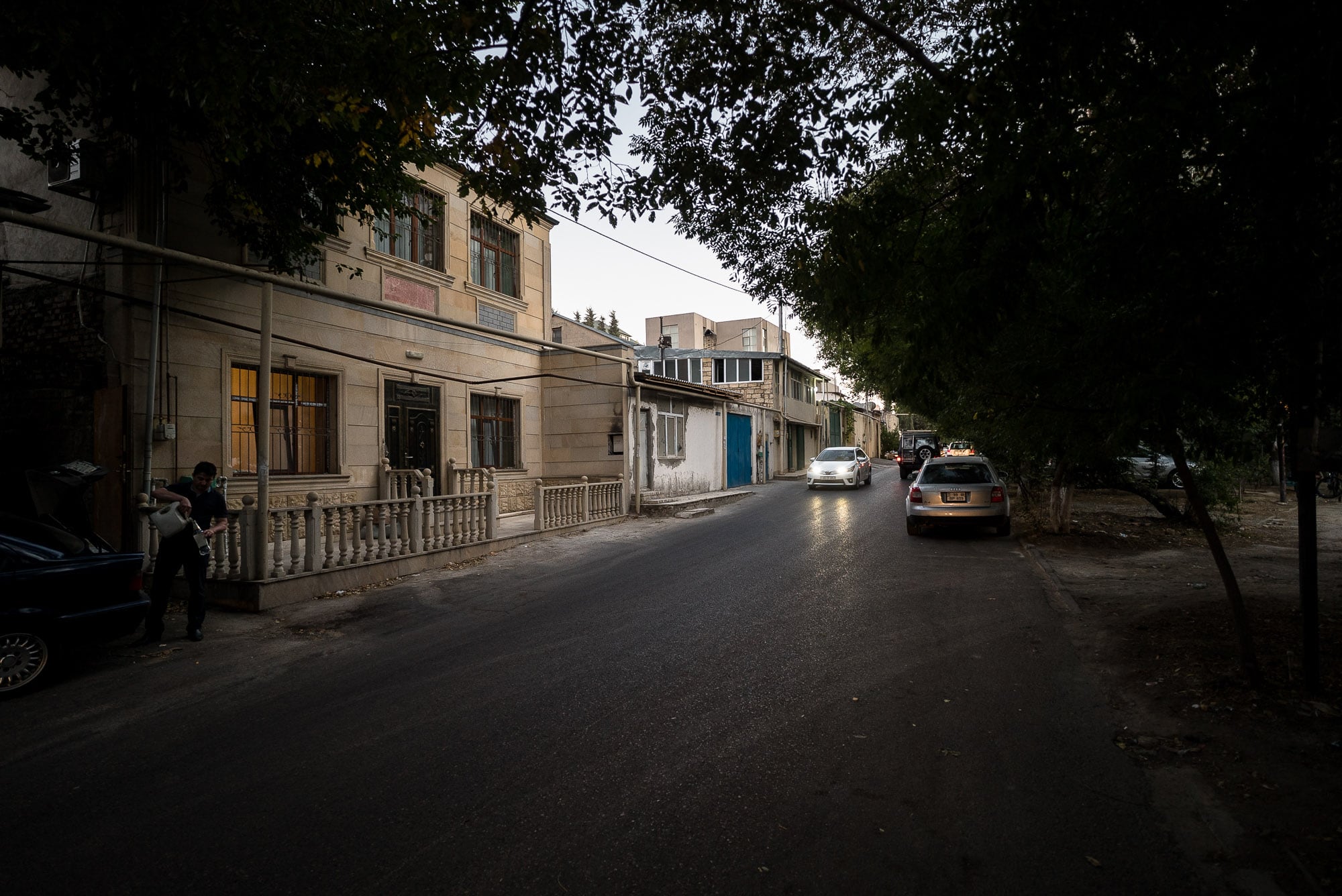 Turns out it wasn’t. The shortest way ever was October 5th 2017, a nightly change of houses in Razaviye near Mashhad.