The day before, when I went out to get the new thermos, I also got these plastic boxes that I wanted to use to bring some order to the inside of the Caboose: 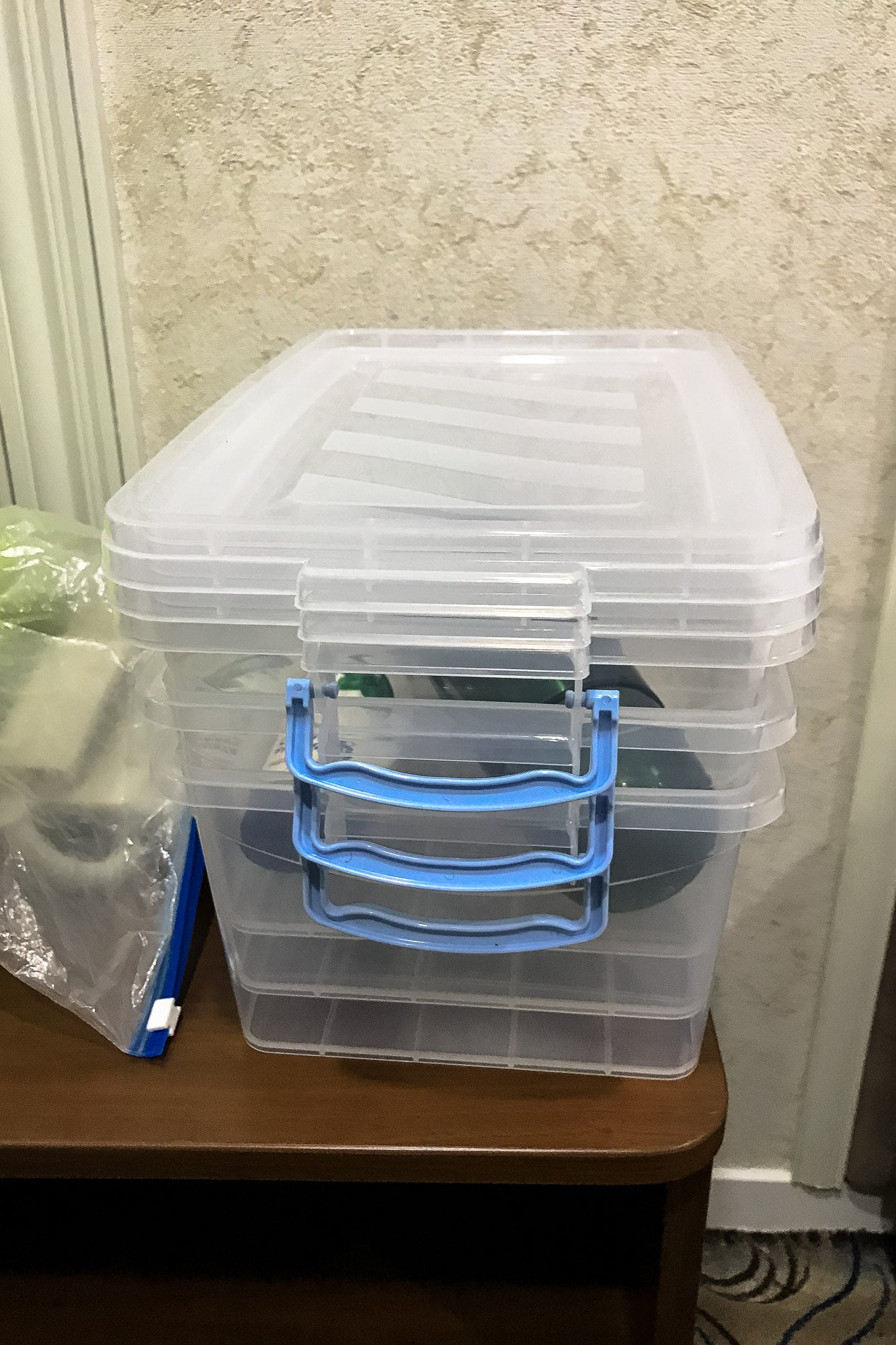 Oh, and here is the thermos, green and shiny: 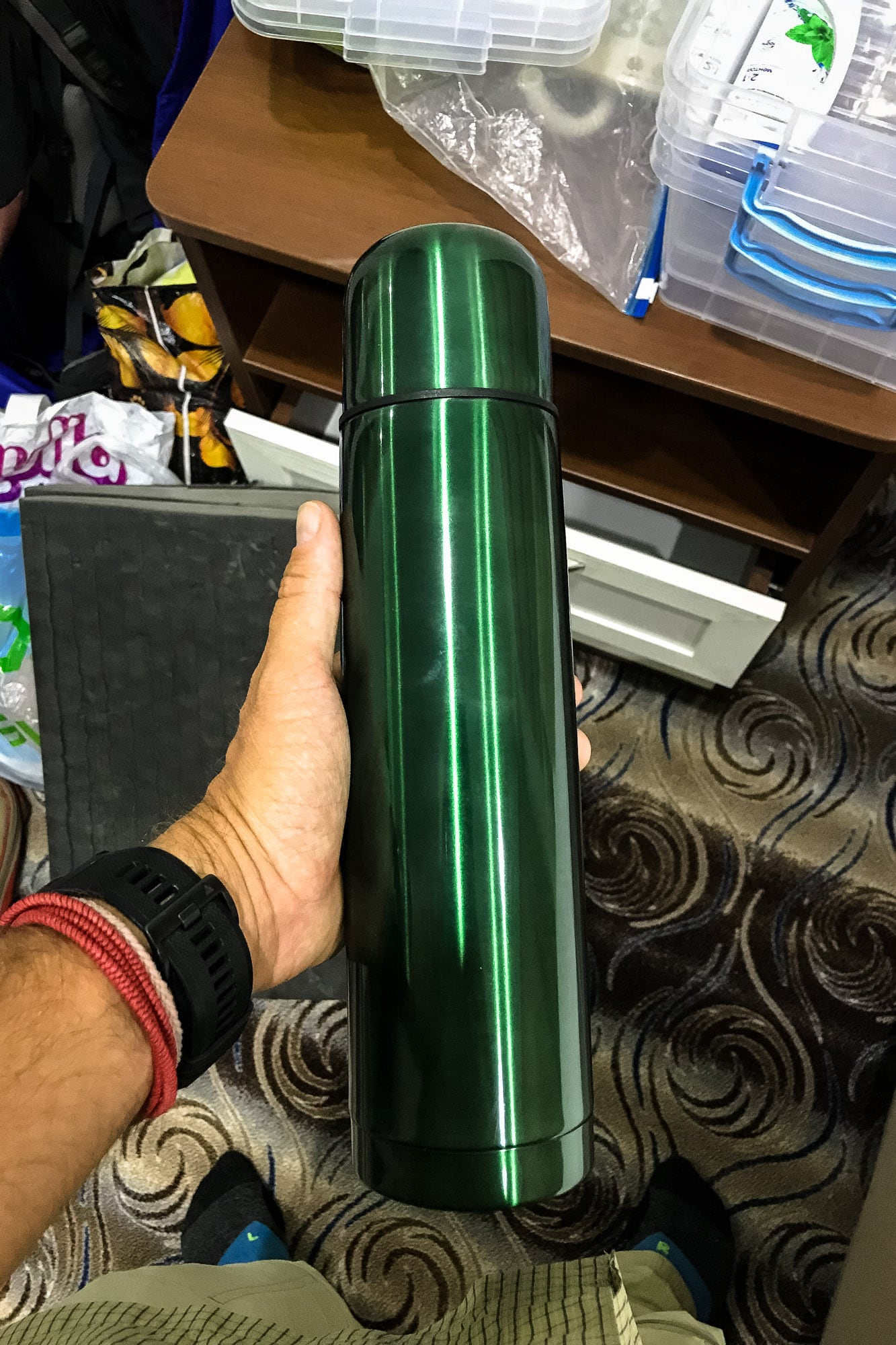 I was told my postal package had finally arrived, so I went downtown to the old part of Baku. Walked around there for a while, and I noticed a detail that I had not seen before: 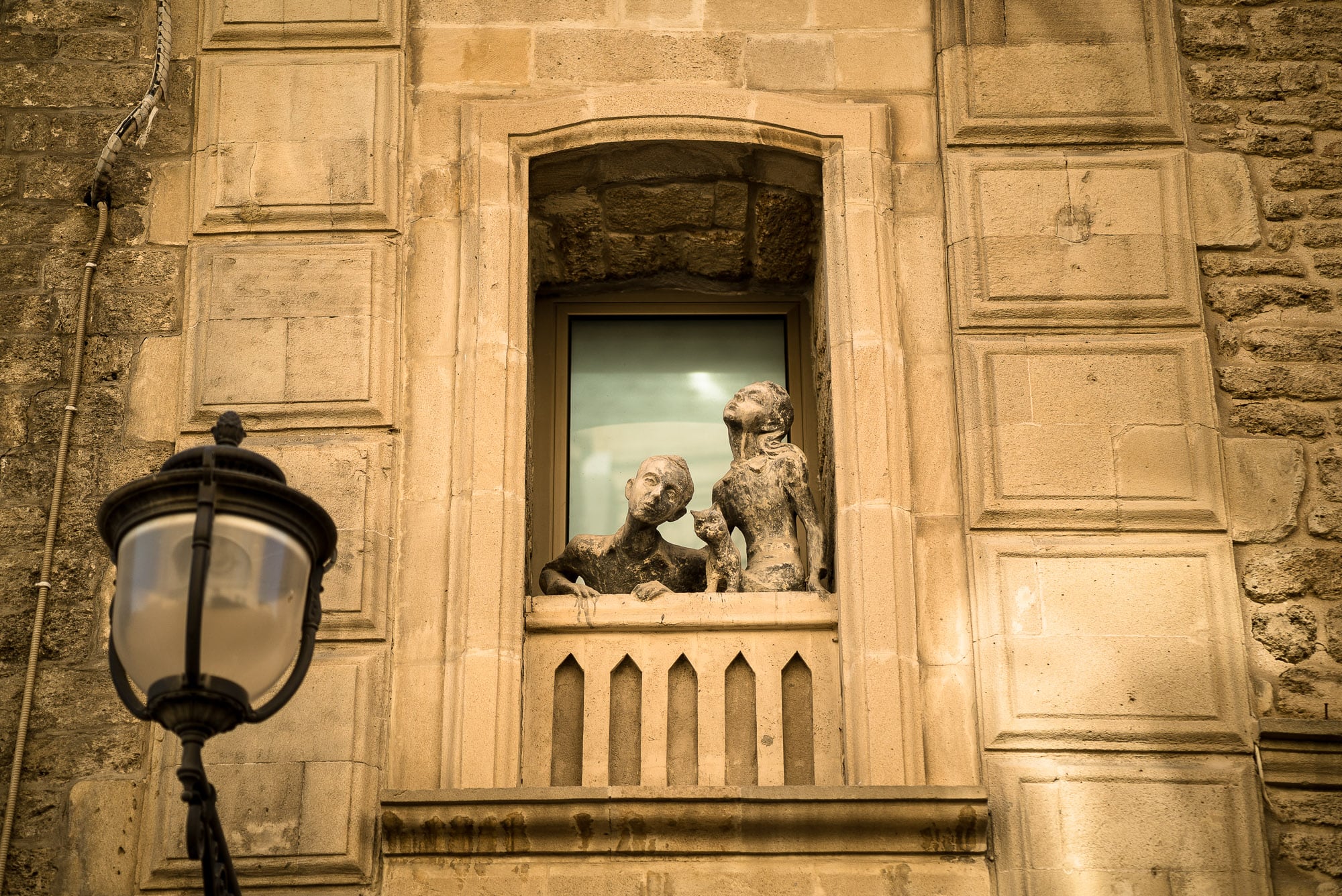 There seemed to be an underlying cat-theme that I was just starting to figure out: 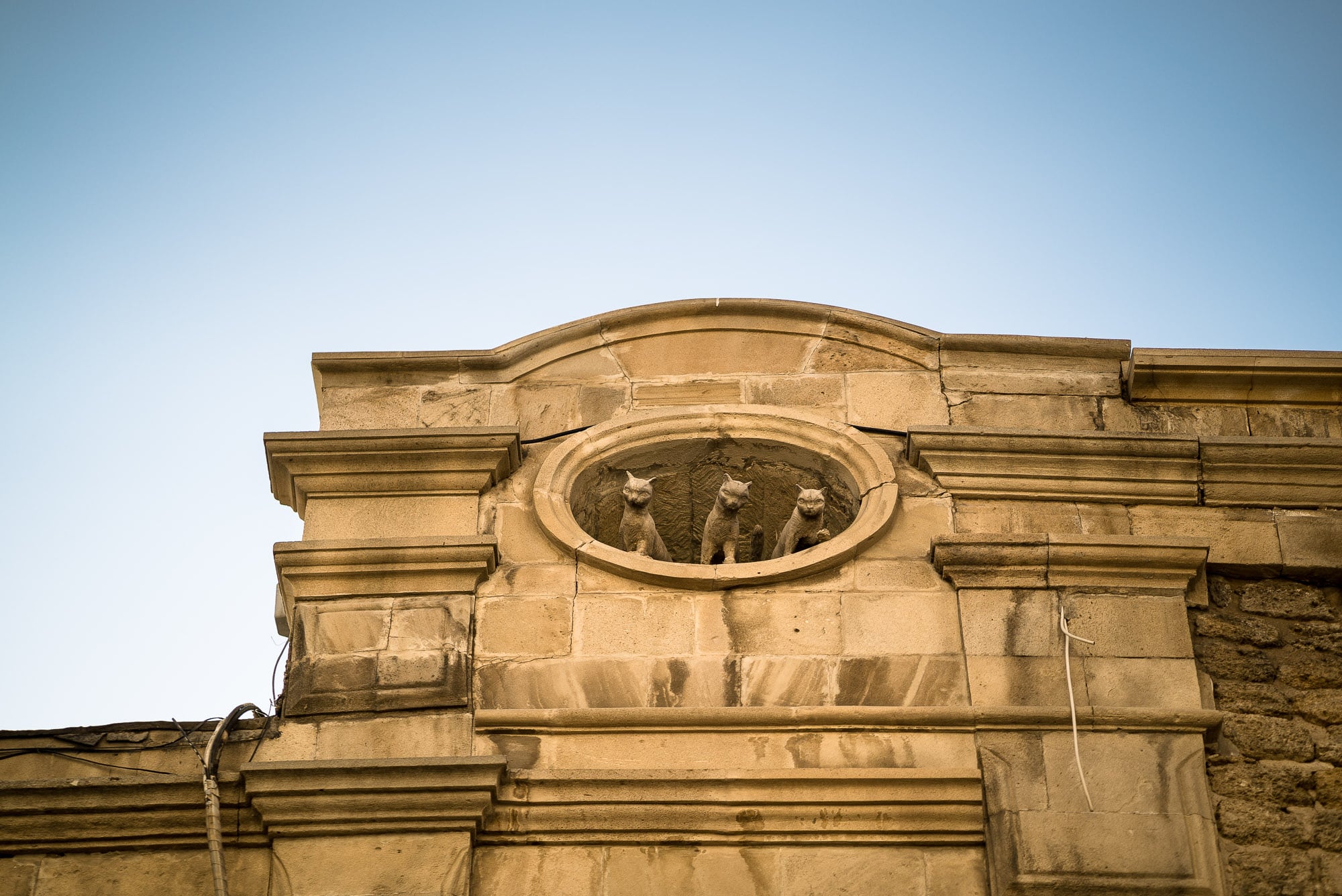 Anyway, I had come downtown to meet up with my friend Angelina, who worked in a travel agency. She had agreed to be the recipient of my postal package, which contained a hard drive, an SD-card, a microphone, and a pair of sunglasses that I had ordered online: 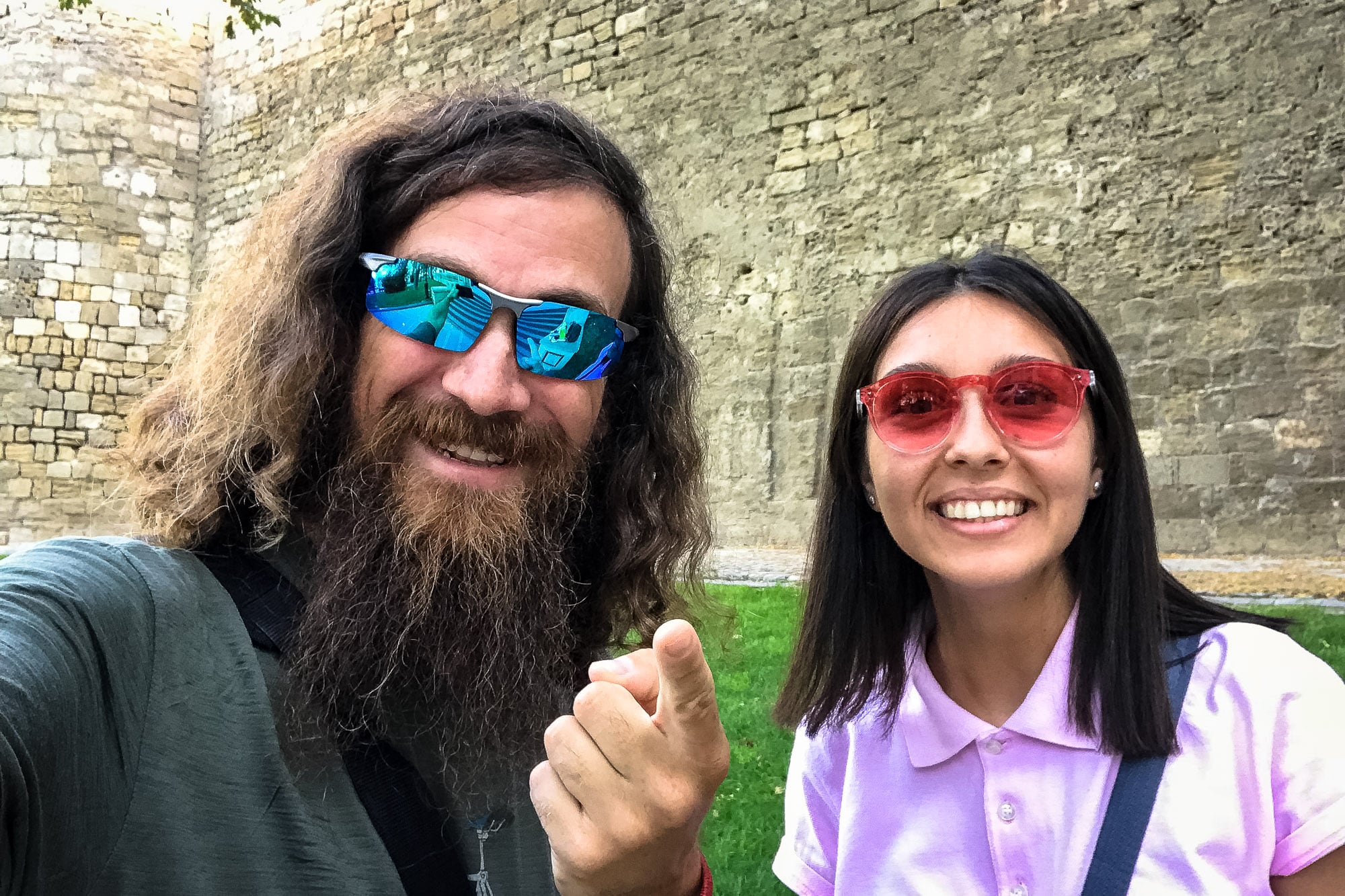 Yes, they really looked like that. I don’t know what I was thinking.

I decided to leave them on and go to a magical place: 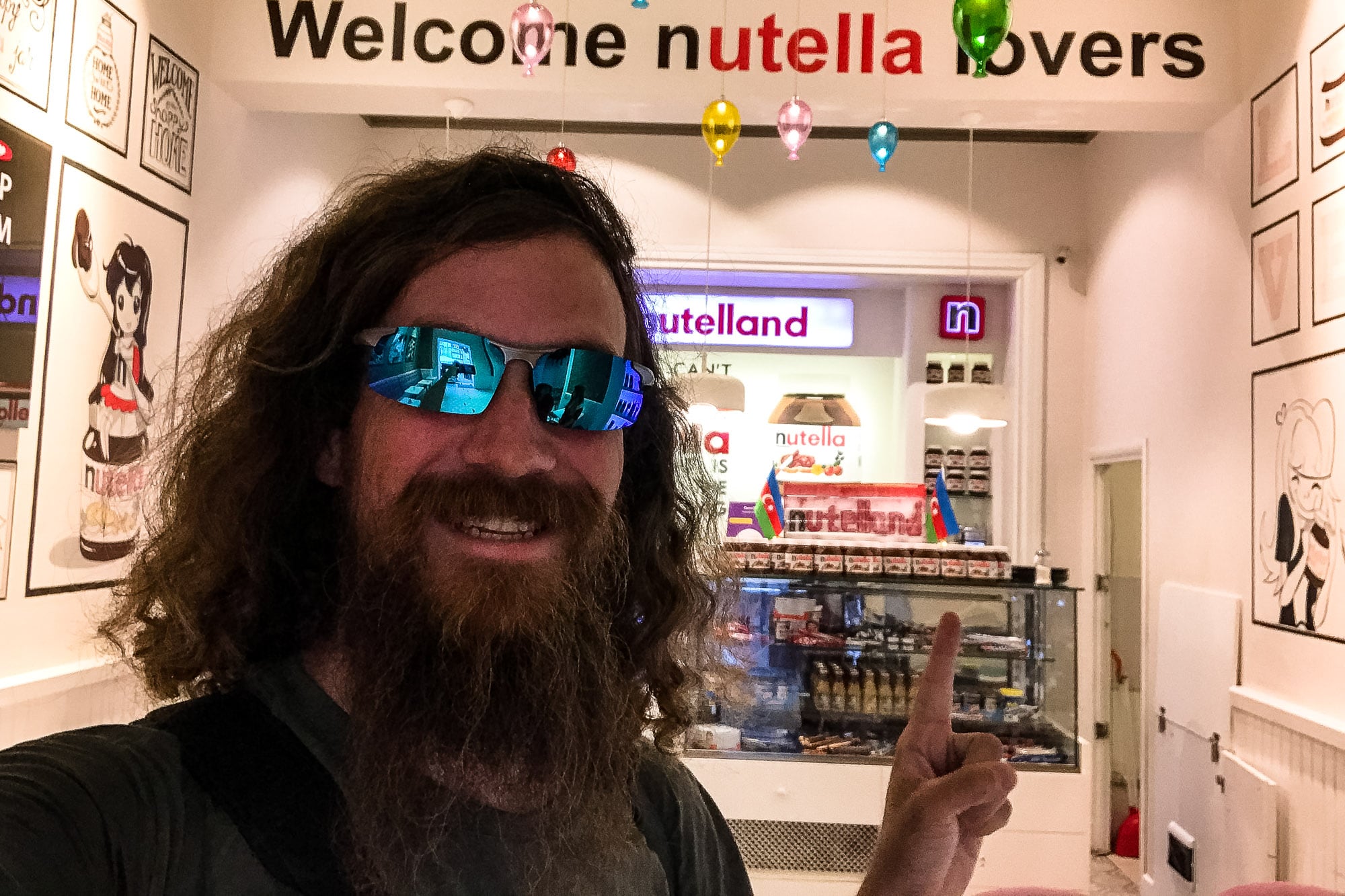 Nutelland. I ordered a crêpe there: 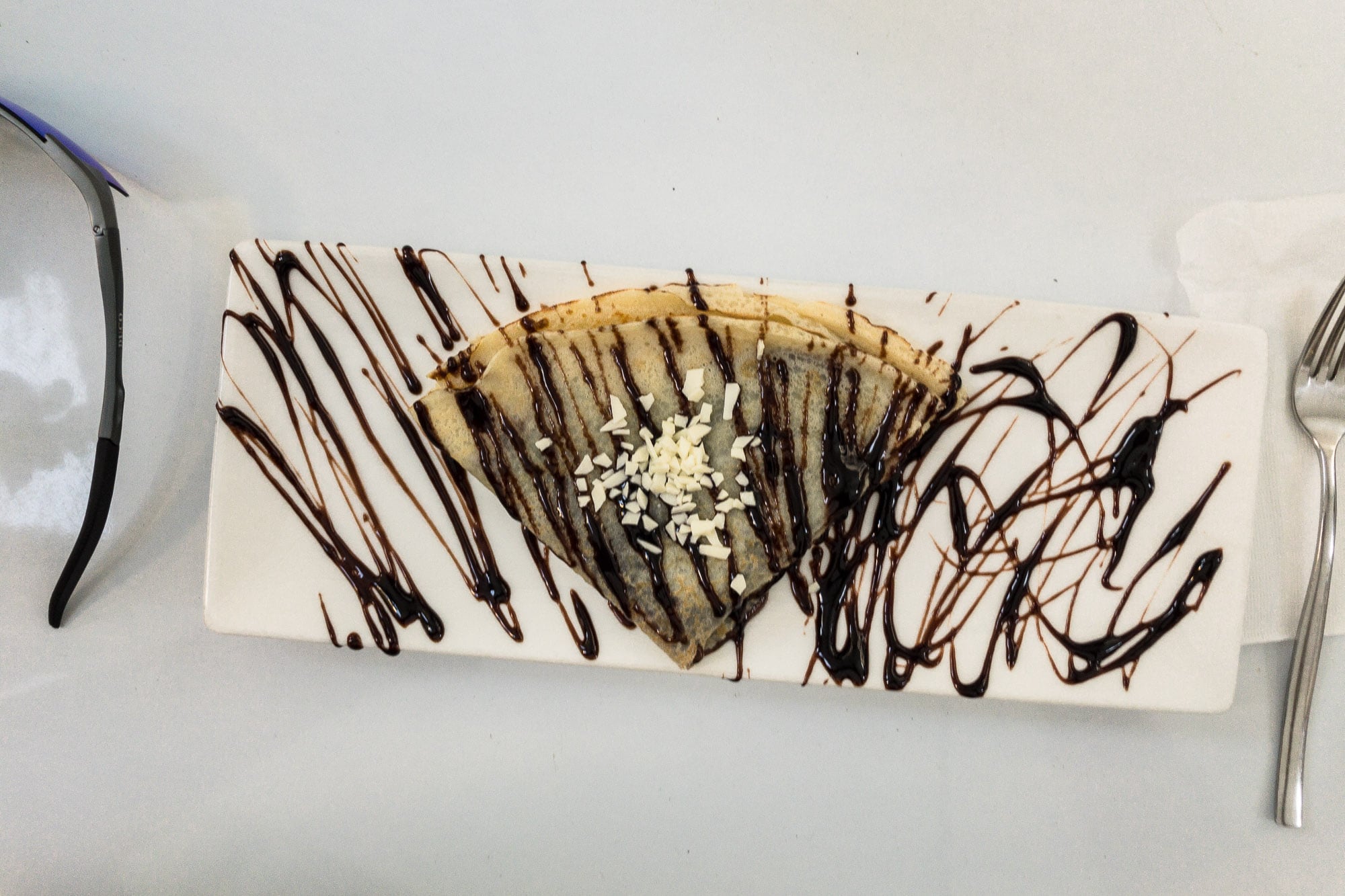 And I ordered a strange kind of lemonade: 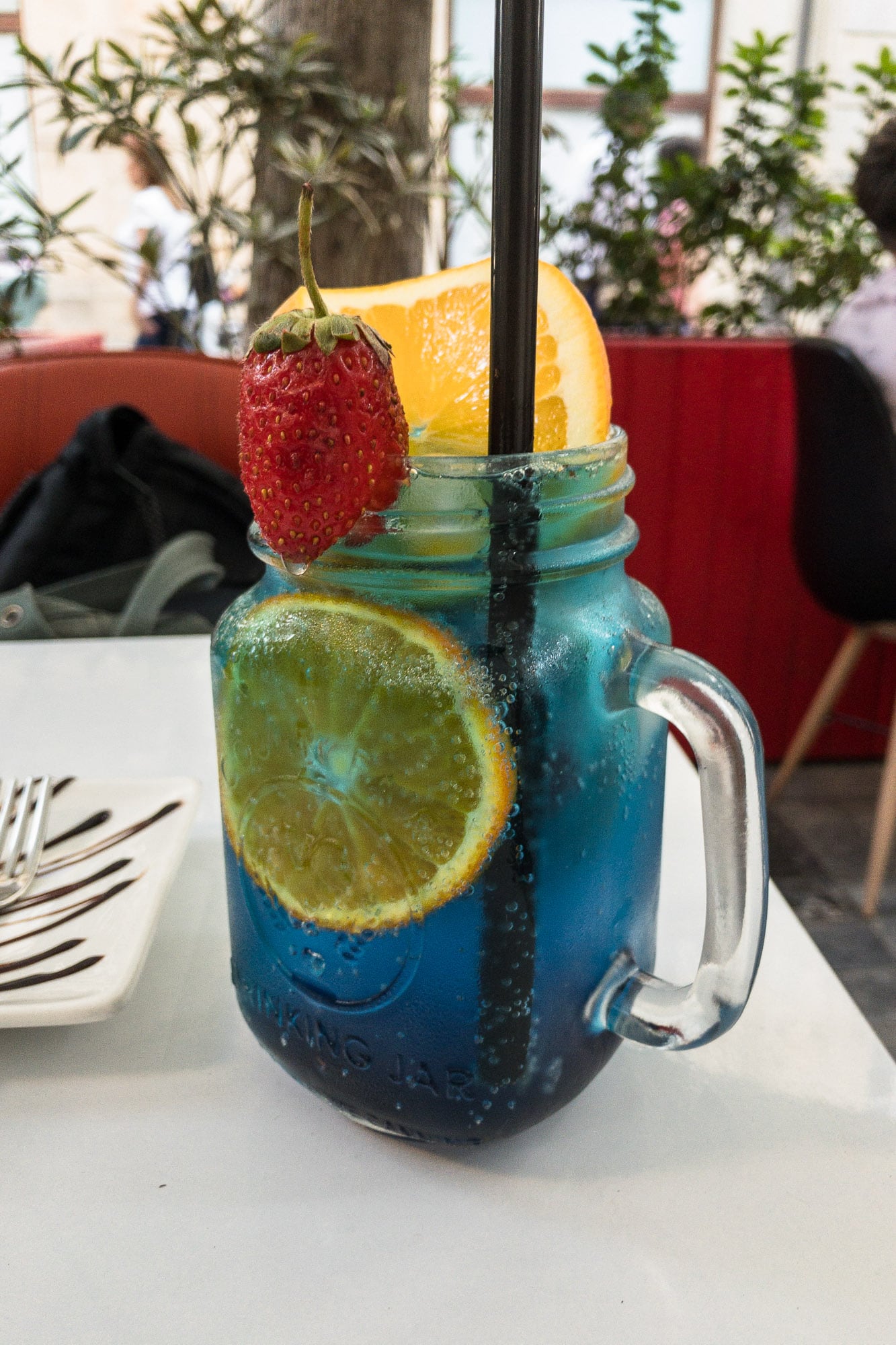 And then, when I had devoured it all, I placed the same order a second time.