I went back to the museum today, to get my “antiques” looked at. Turns out it cost me 5 euros for photos and almost 50 euros for the certificate for the items. It didn’t feel good.

I walked back to the apartment where I was staying, and on the way there I came across a bunch of cats on a stairway: 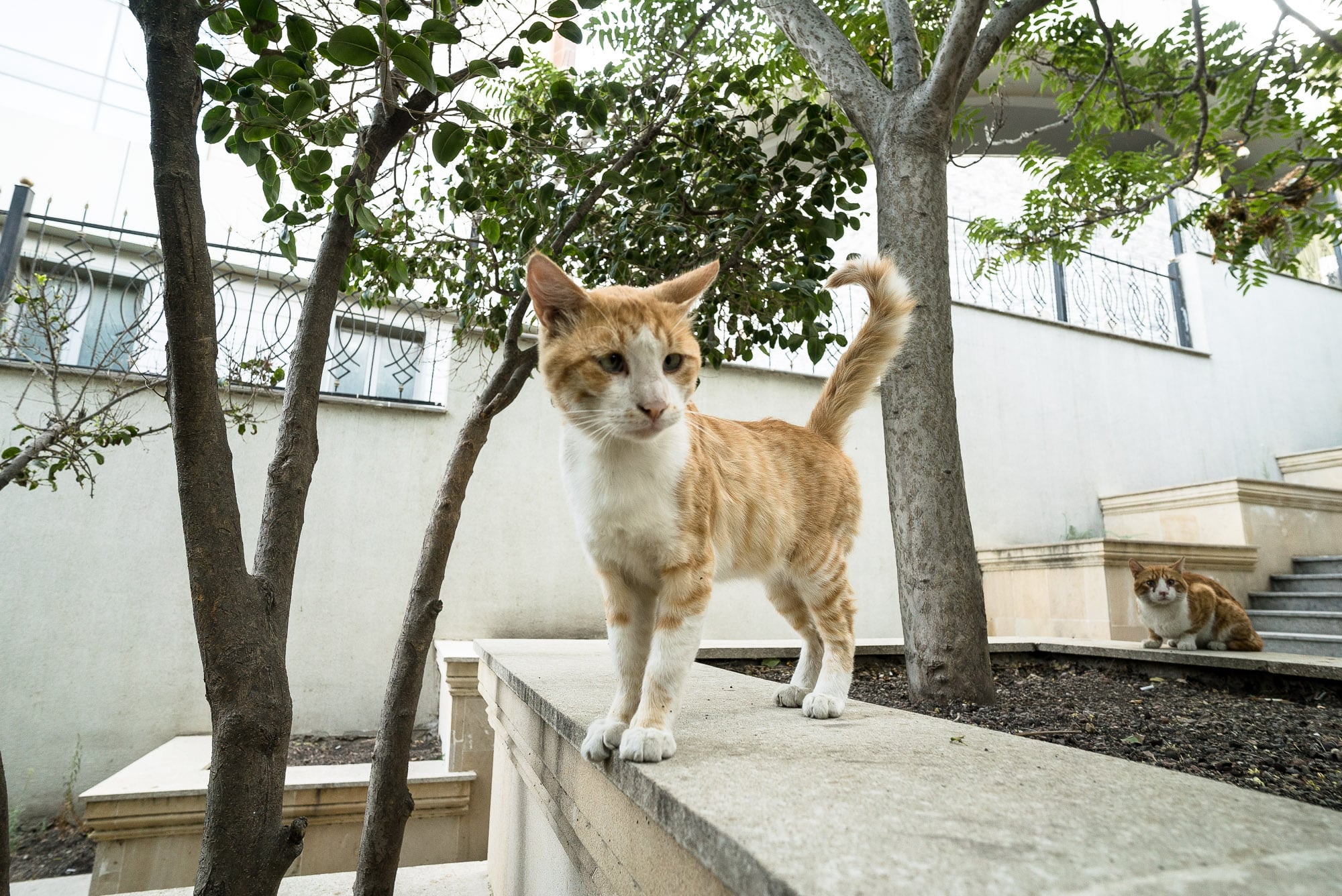 Really, it was a bunch: 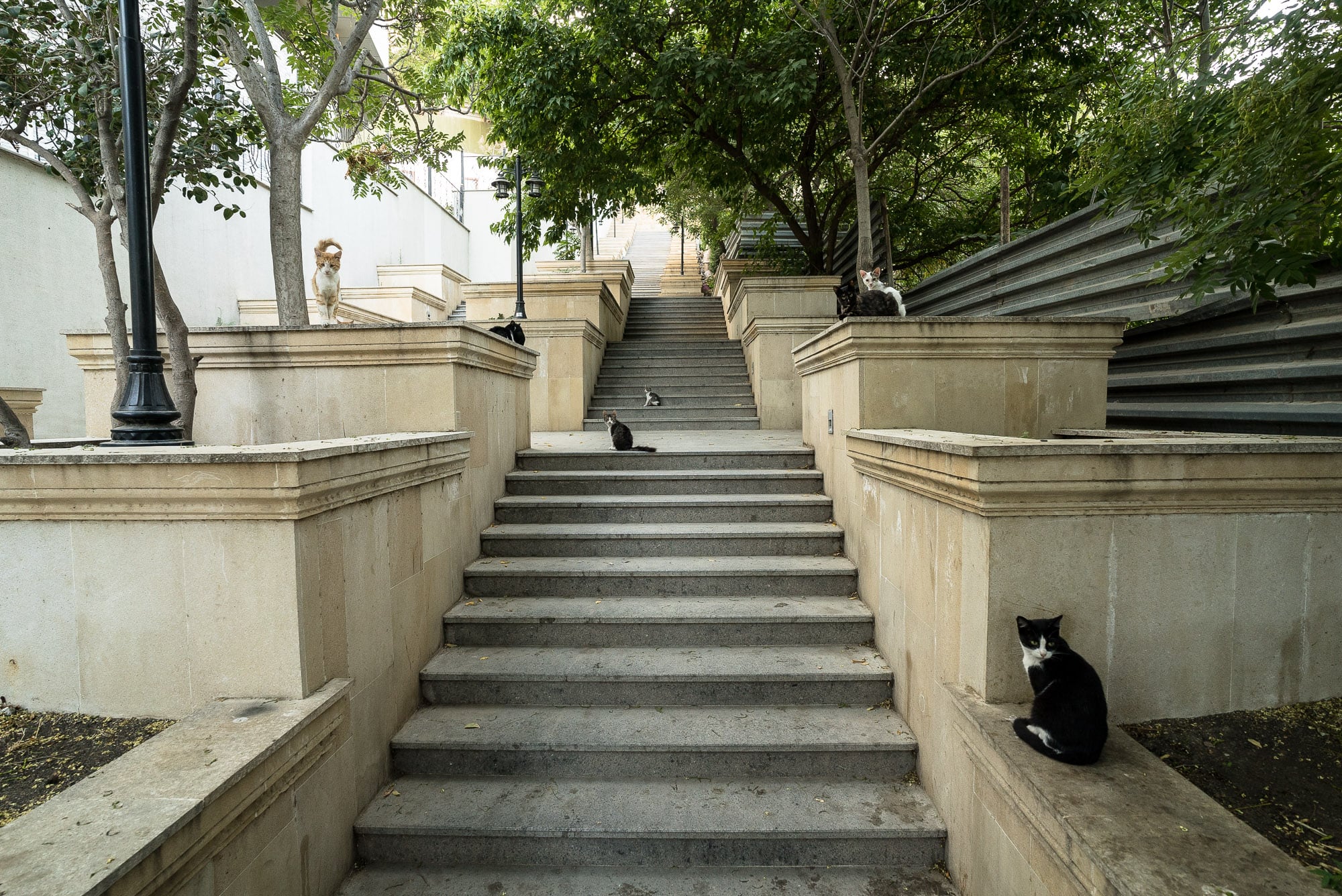 Then, when I got back to the apartment block, I opened the Caboose to take out some things, and when I did I noticed that someone had tried to mess with the lock and open her before: 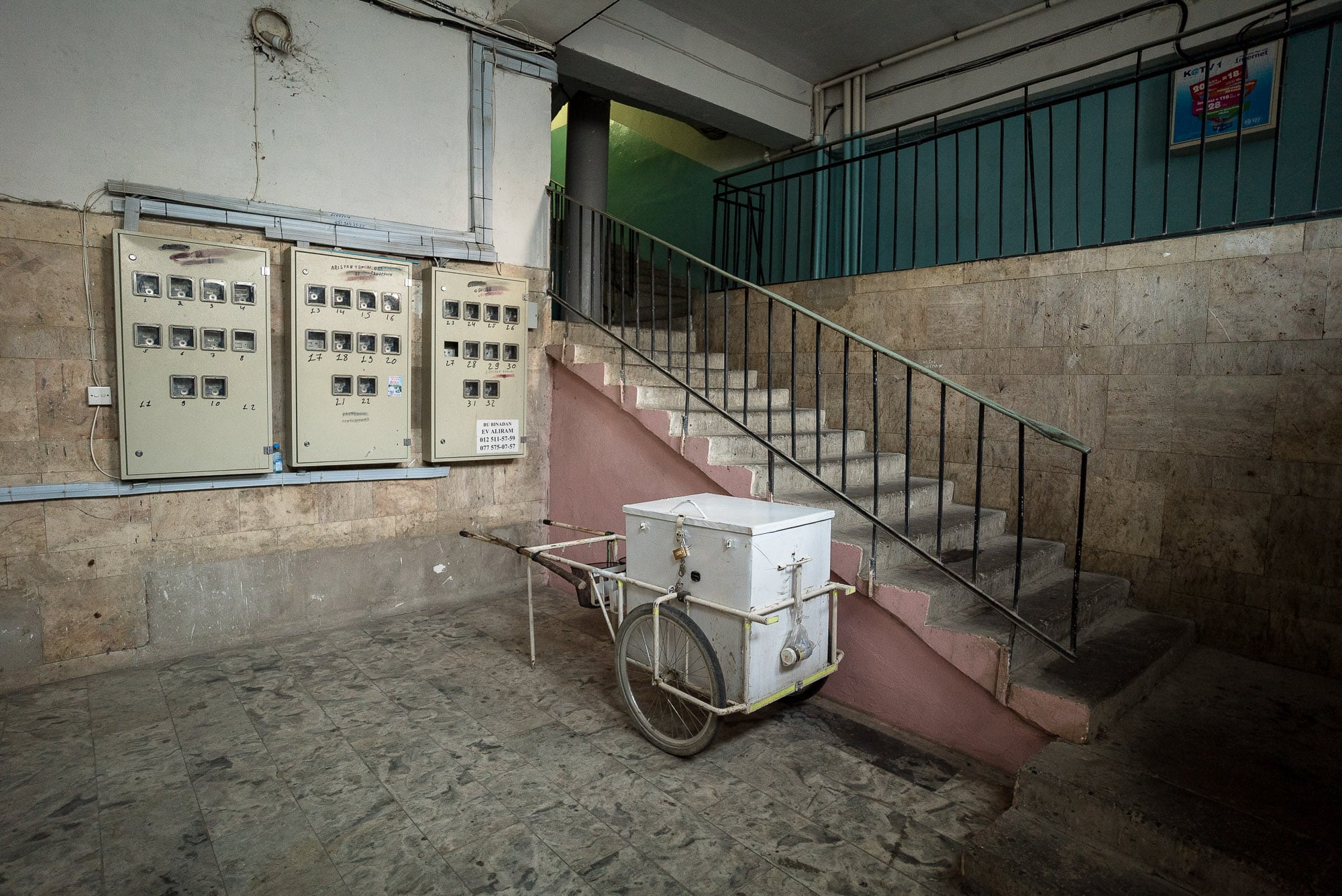 It was disturbing. I had not met many bad people on my walk from Beijing to here. But they existed. And the simple and ugly truth was that I was always more worried about men than about women. Bad men.

I looked at the Caboose, weighing my options, and then I decided to get her the fuck out of there. I left some of my stuff in the apartment, then I grabbed her and started walking.

It was already late when we started out, and I wasn’t sure where to go: 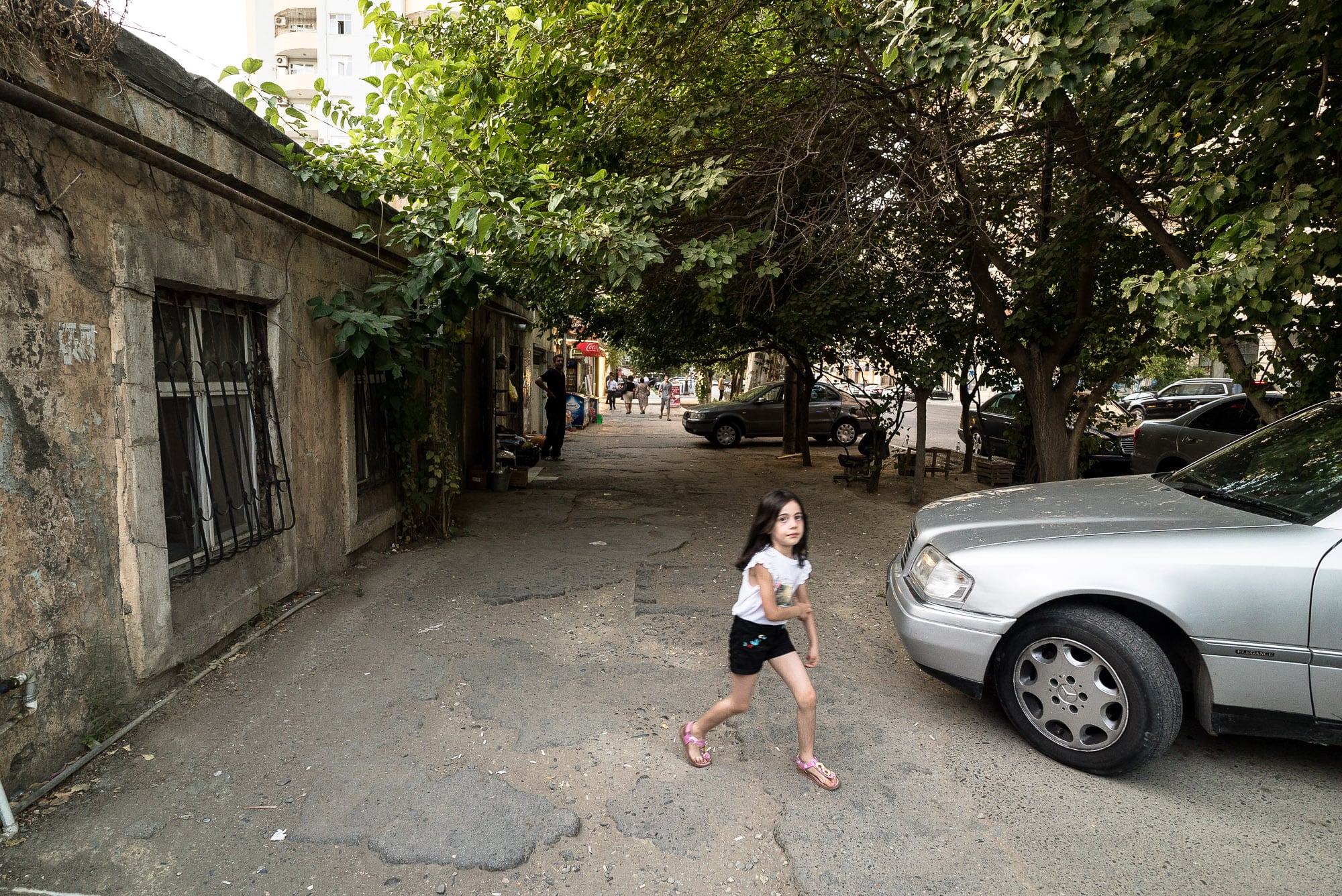 I figured I could find a hotel with a secure parking space or a garage and park her there. Or better yet, I could find a bike shop where they could store her and fix her up. Remember the wheel problem? It had not been taken care of, yet.

So I walked down the streets of Baku: 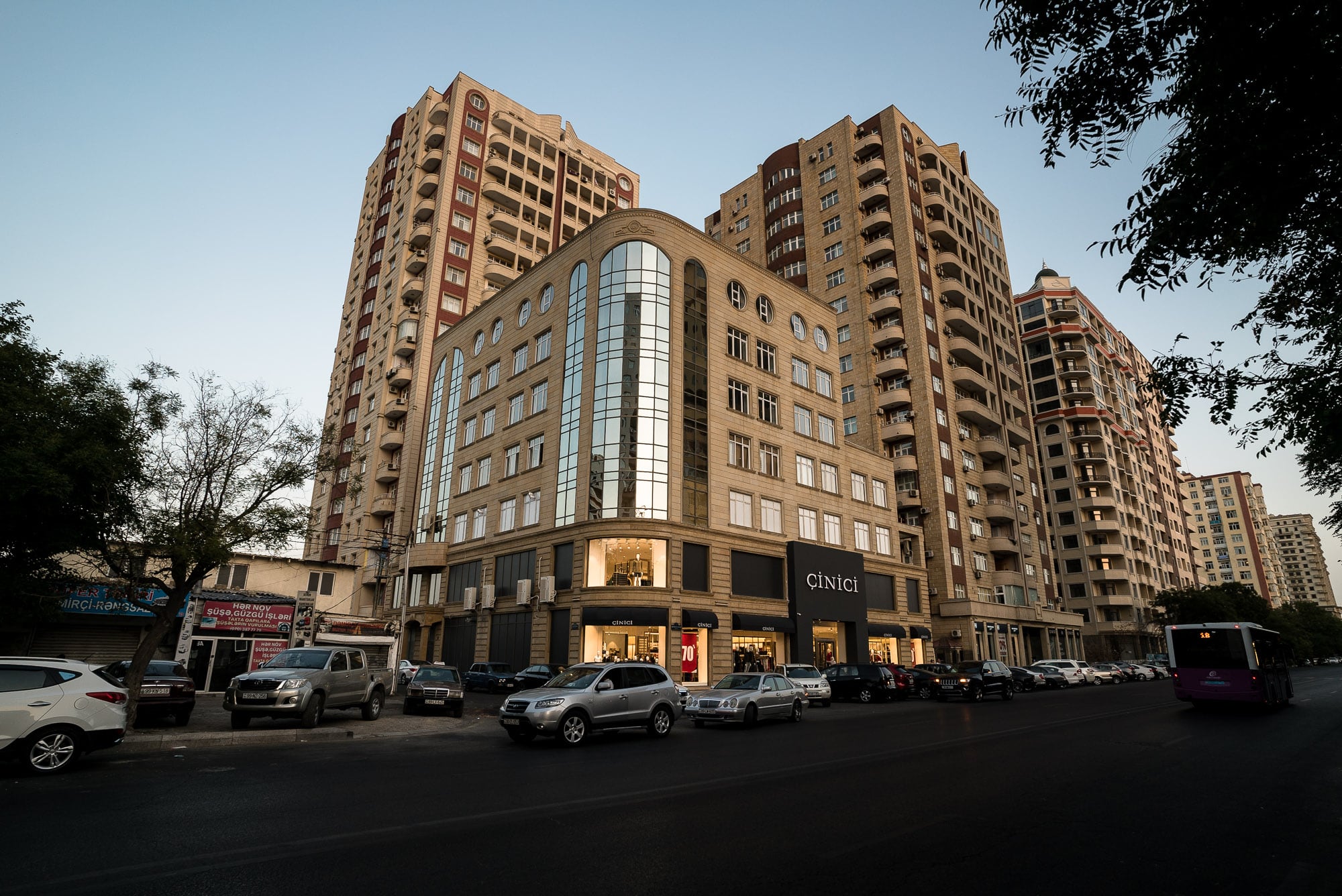 The traffic was bad, but we somehow managed to sneak through: 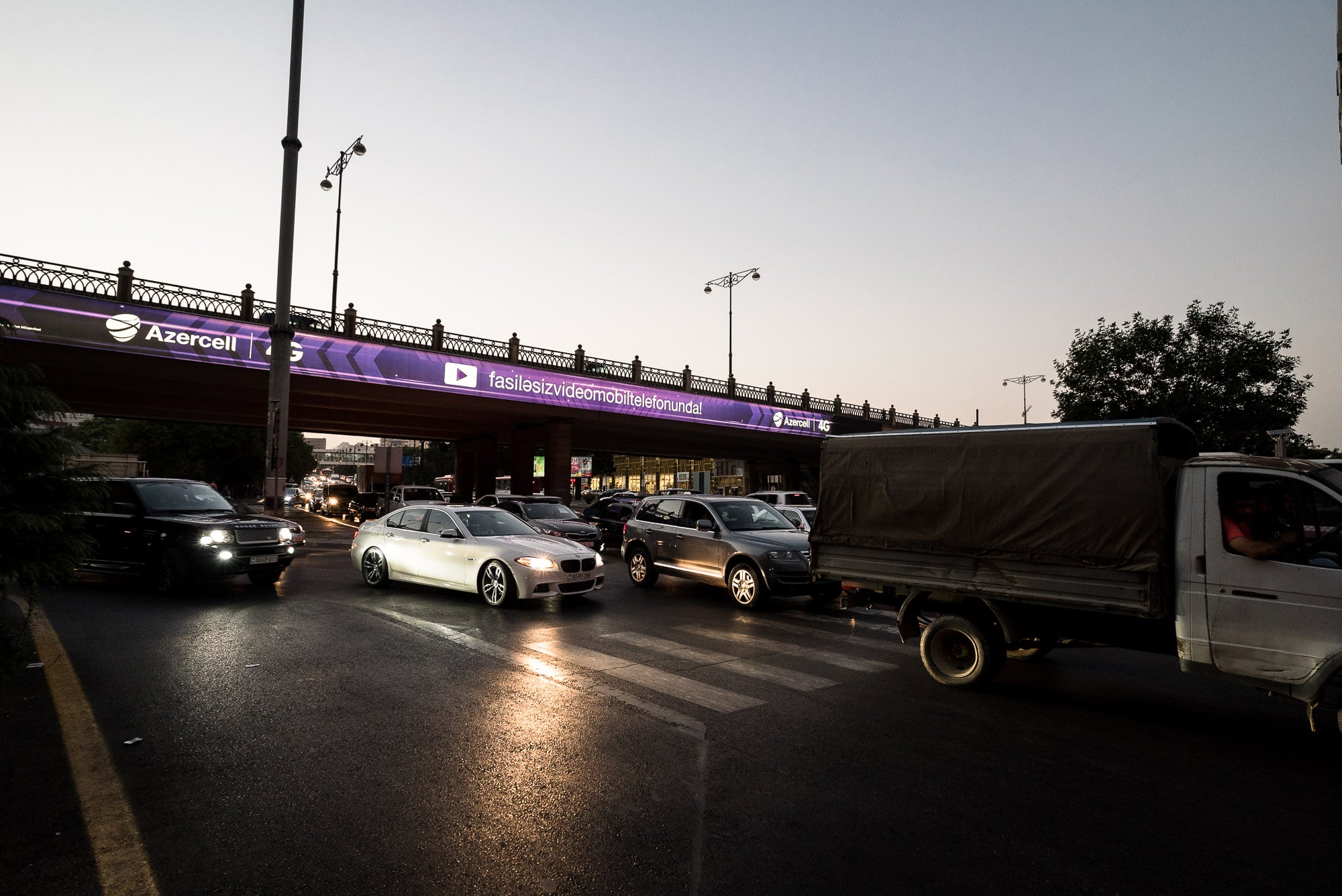 Sometimes we had to walk on highway ramps: 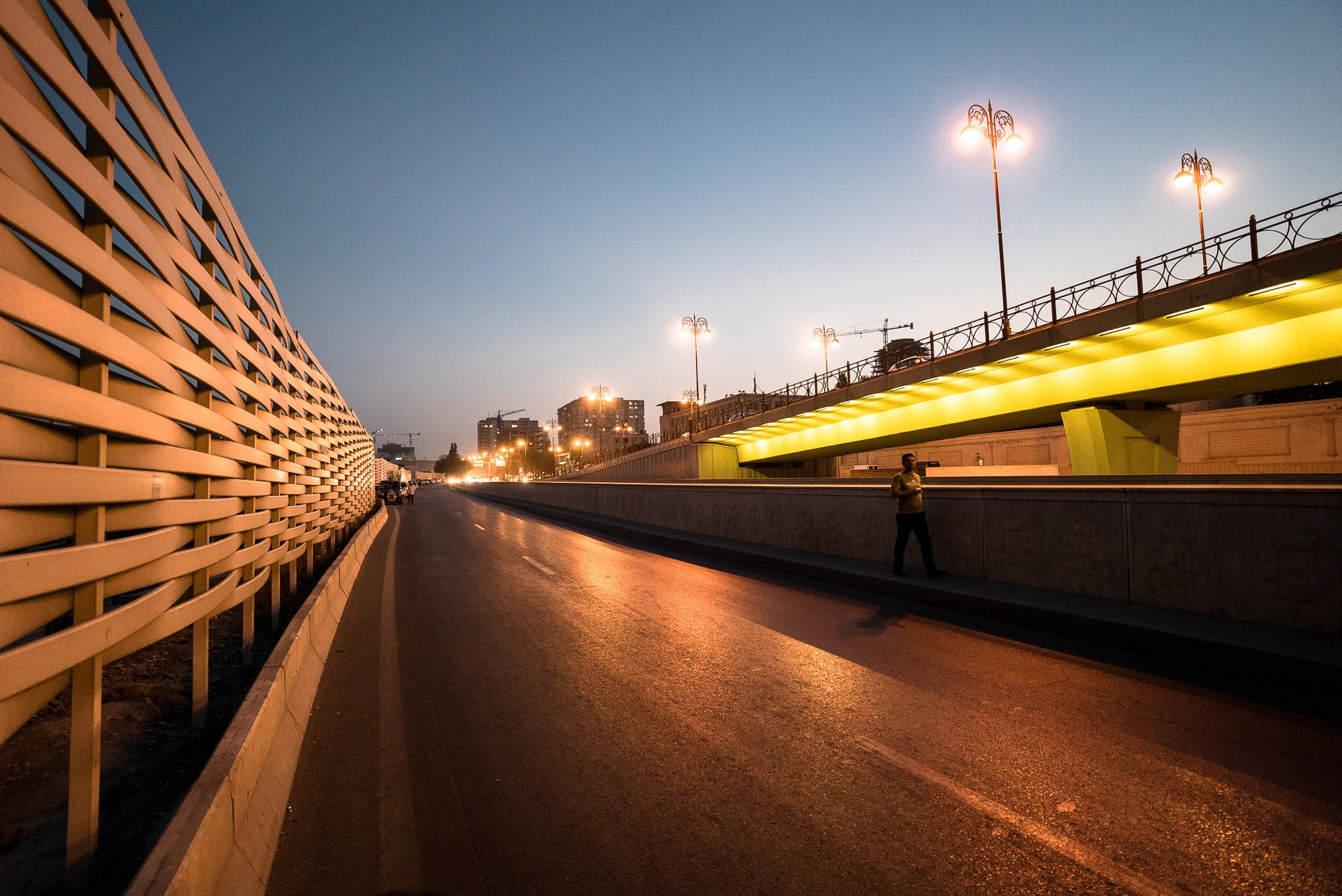 And sometimes we managed to stay under the highways: 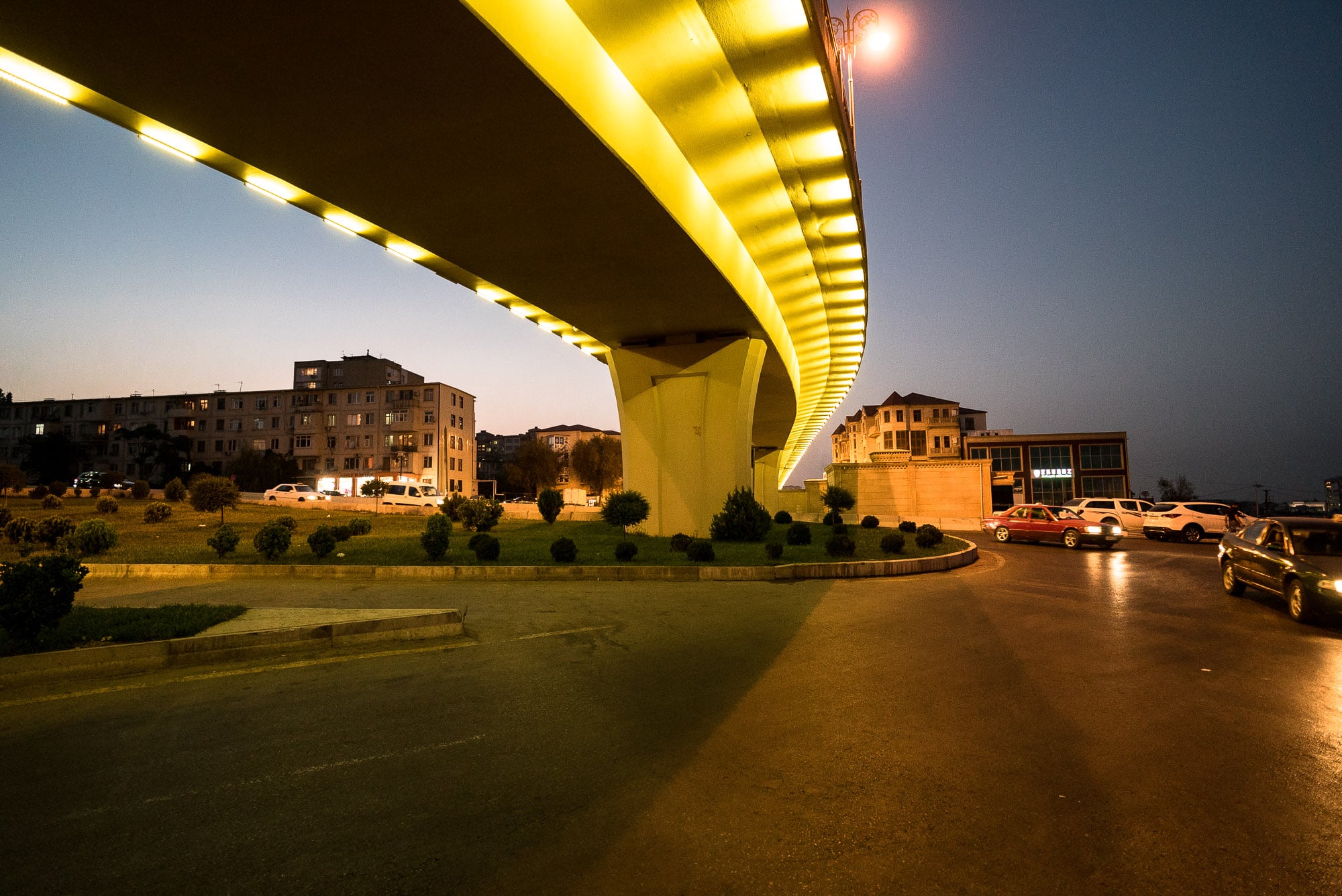 Then, at about eight, we arrived at Velolider, a bike shop in the north of the city: 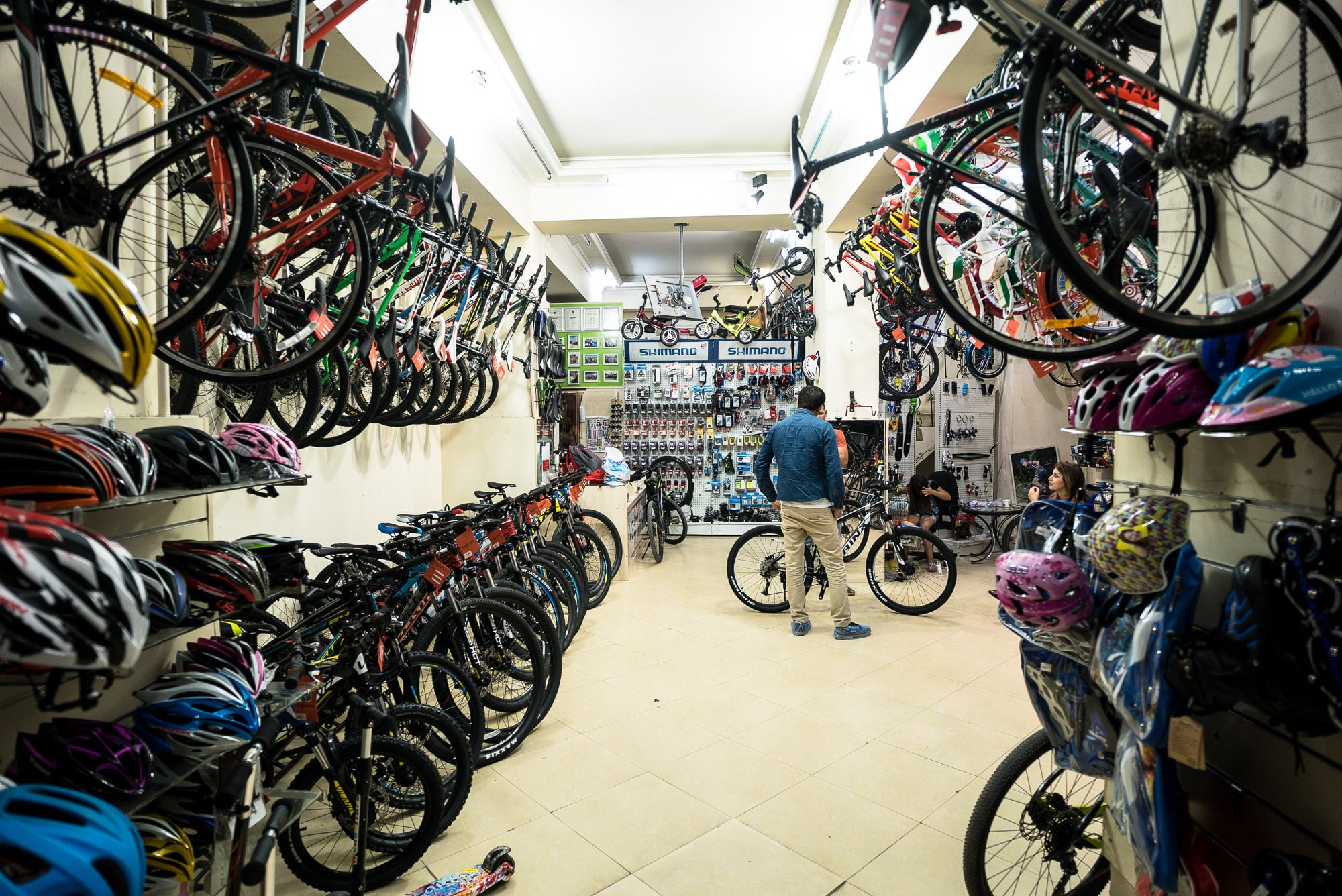 The owner was Vuqar, a professional cyclist himself: 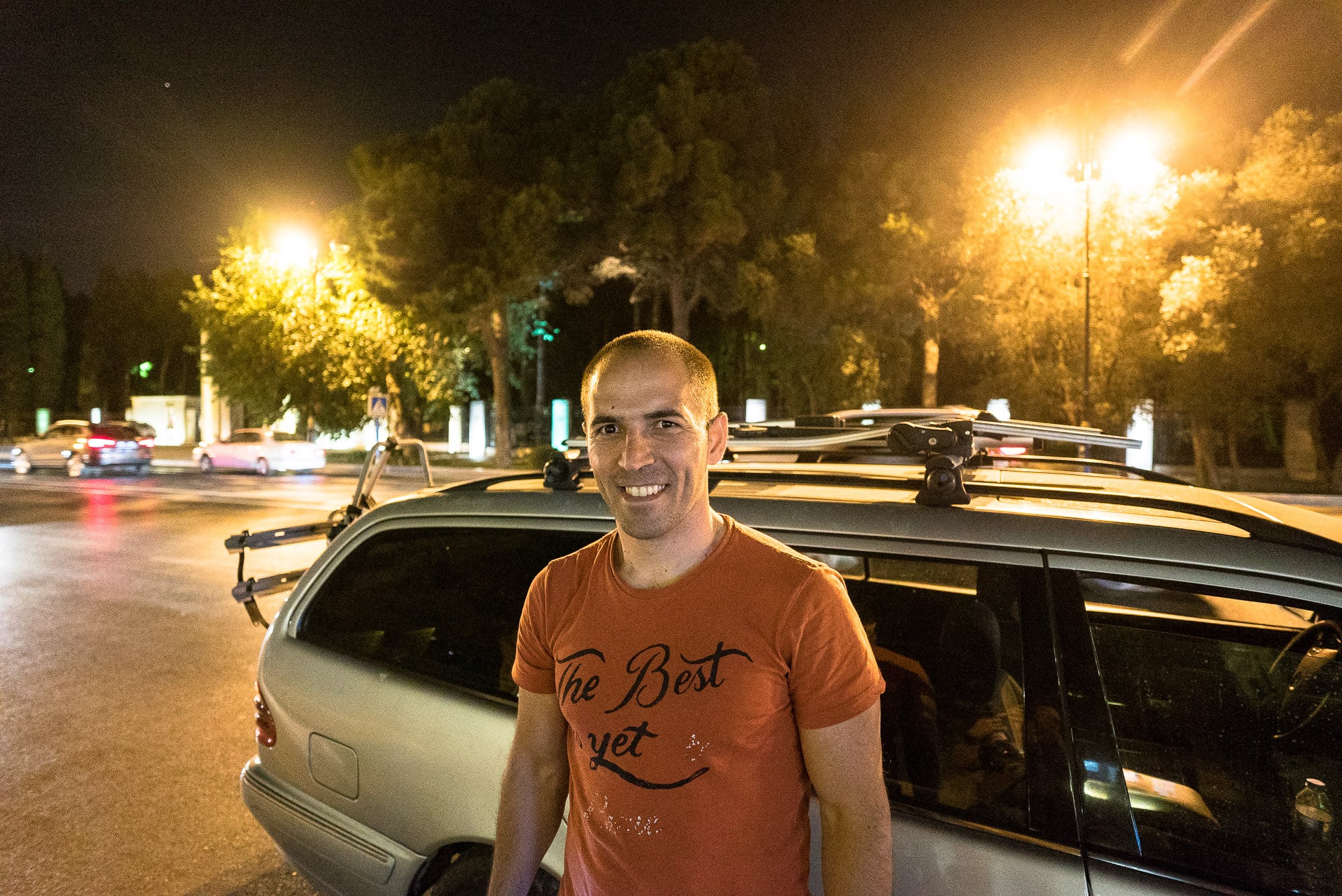 Yes, he said, he would store the Caboose, take care of her, and see what he could do to fix the wheel situation.

Then he gave me a lift back.