Today I learned that this was in fact not Hassan’s place, but that of Mahdi, his son-in-law. How did I find out about this? Well, because Hassan asked me if I wanted to come over. To his place.

But first we properly gorged ourselves. 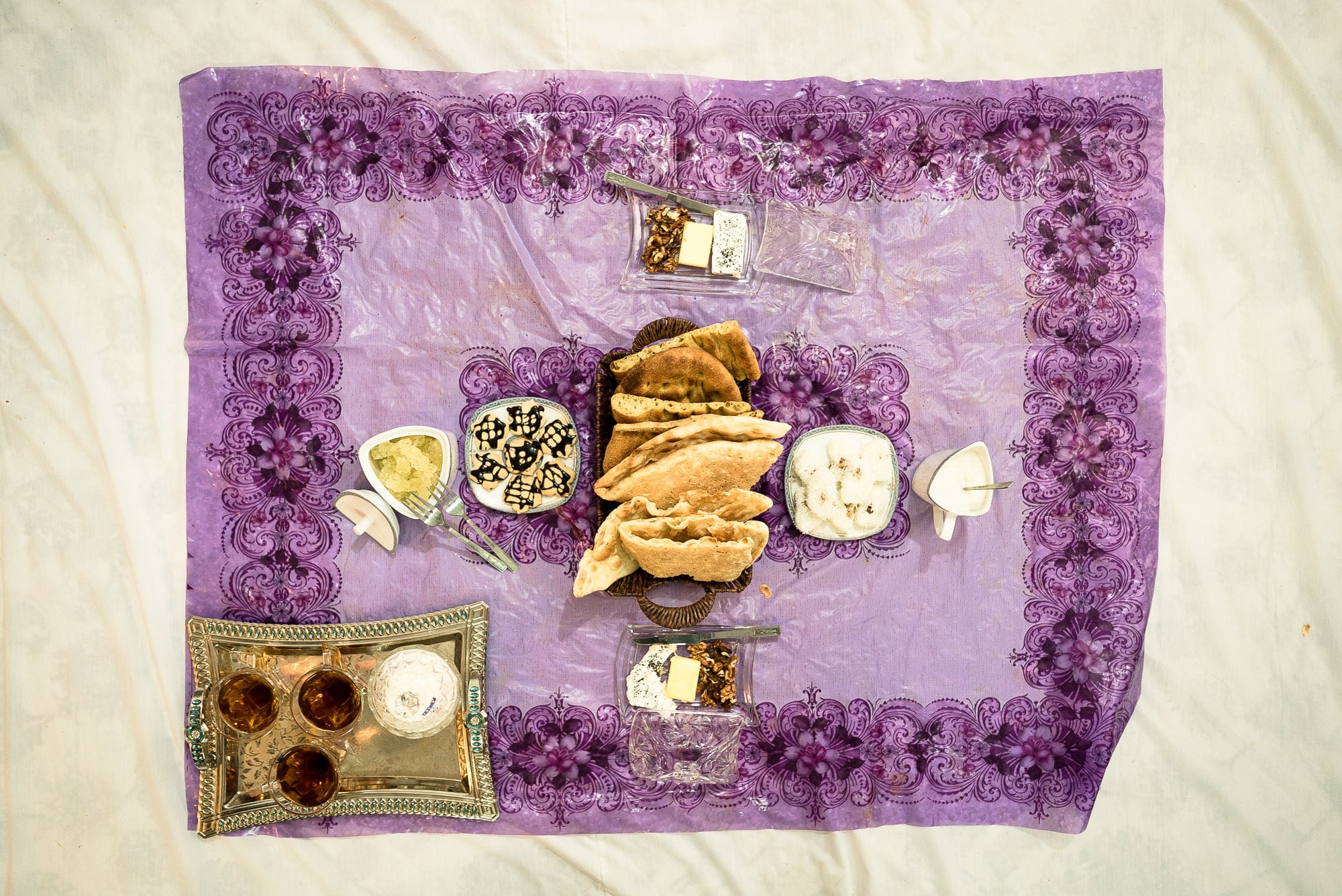 And then we watched some TV and had some snacks while lunch was being prepared: 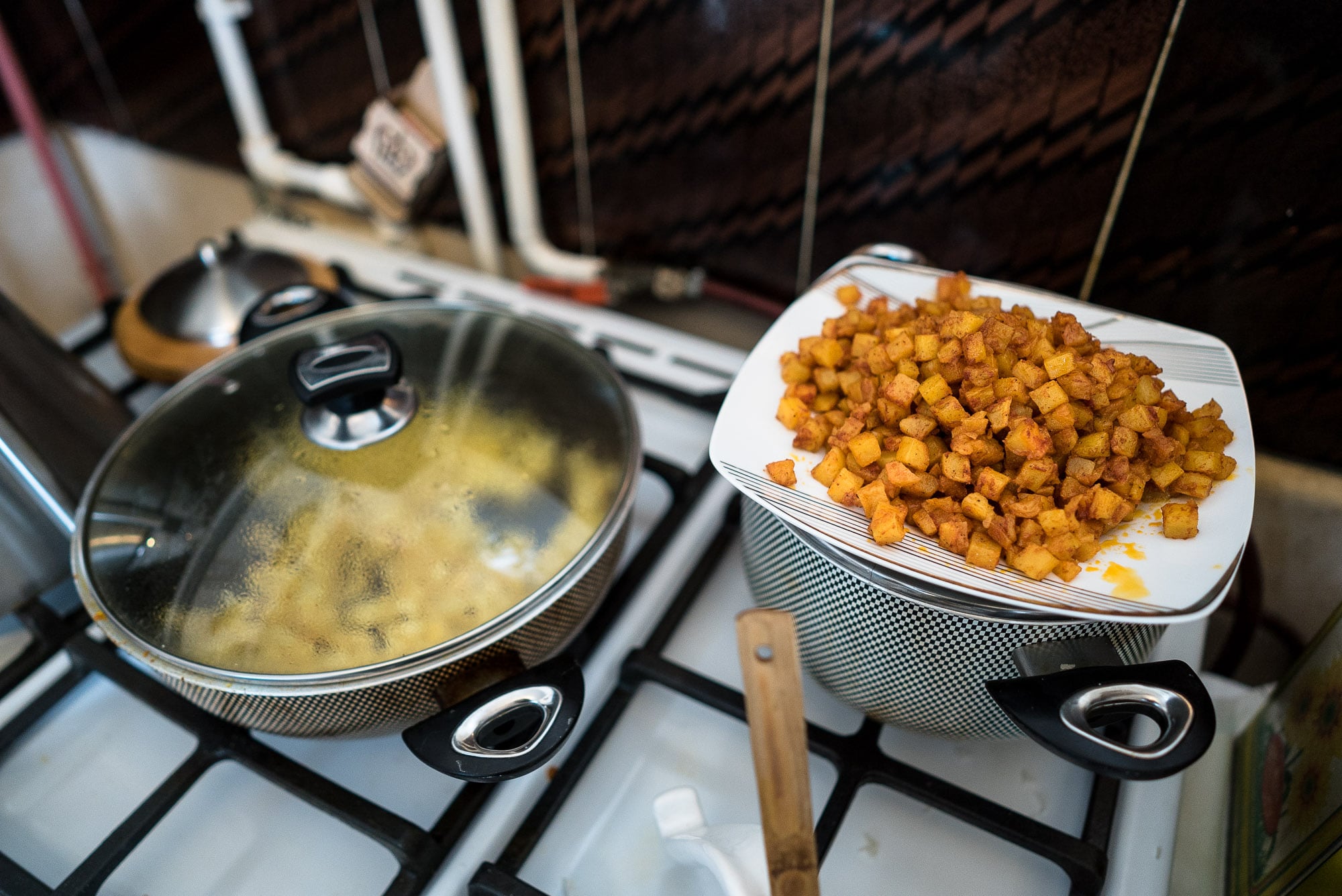 Then we had lunch: 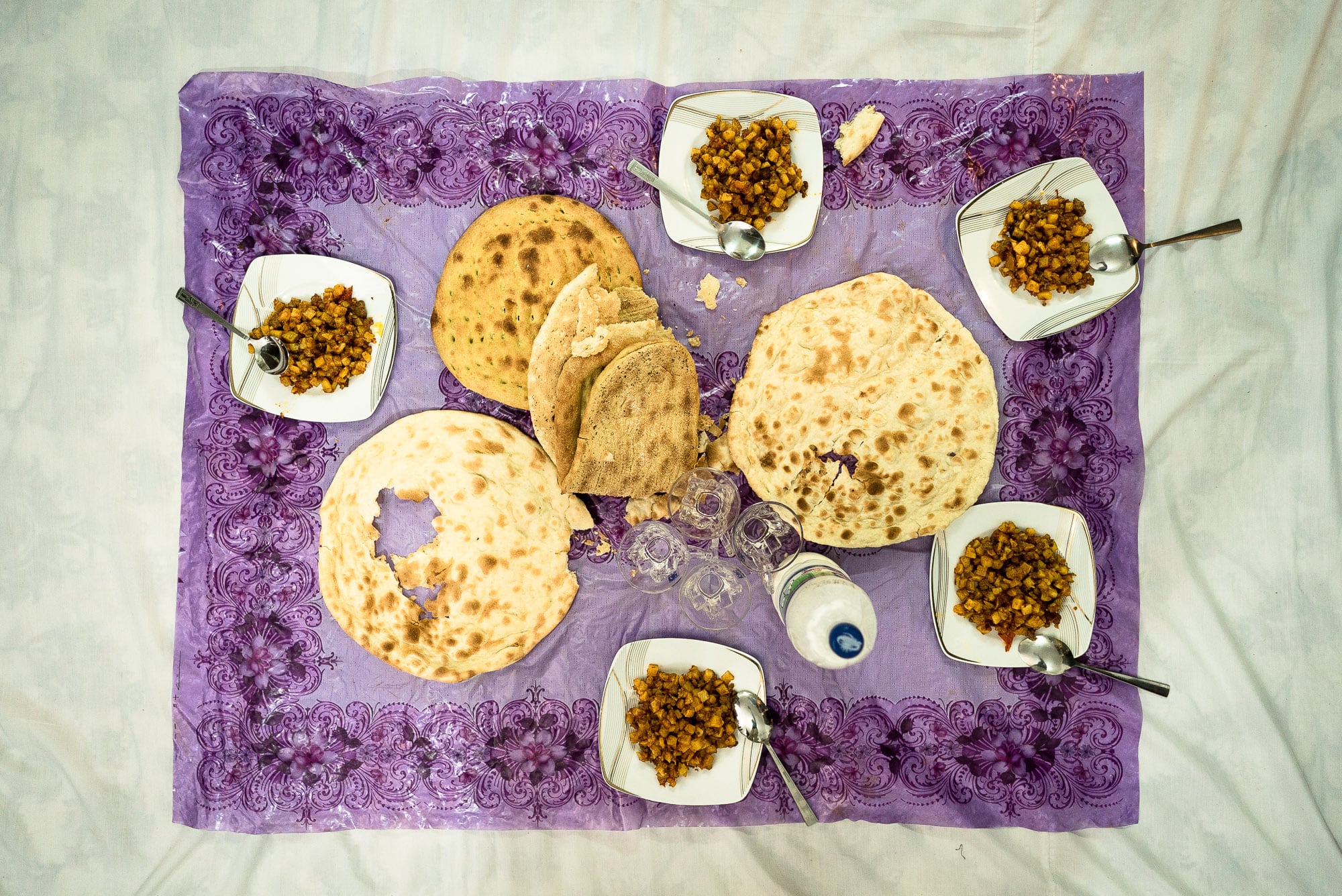 Then some friends and family came over and some of them decided to smoke the hookah: 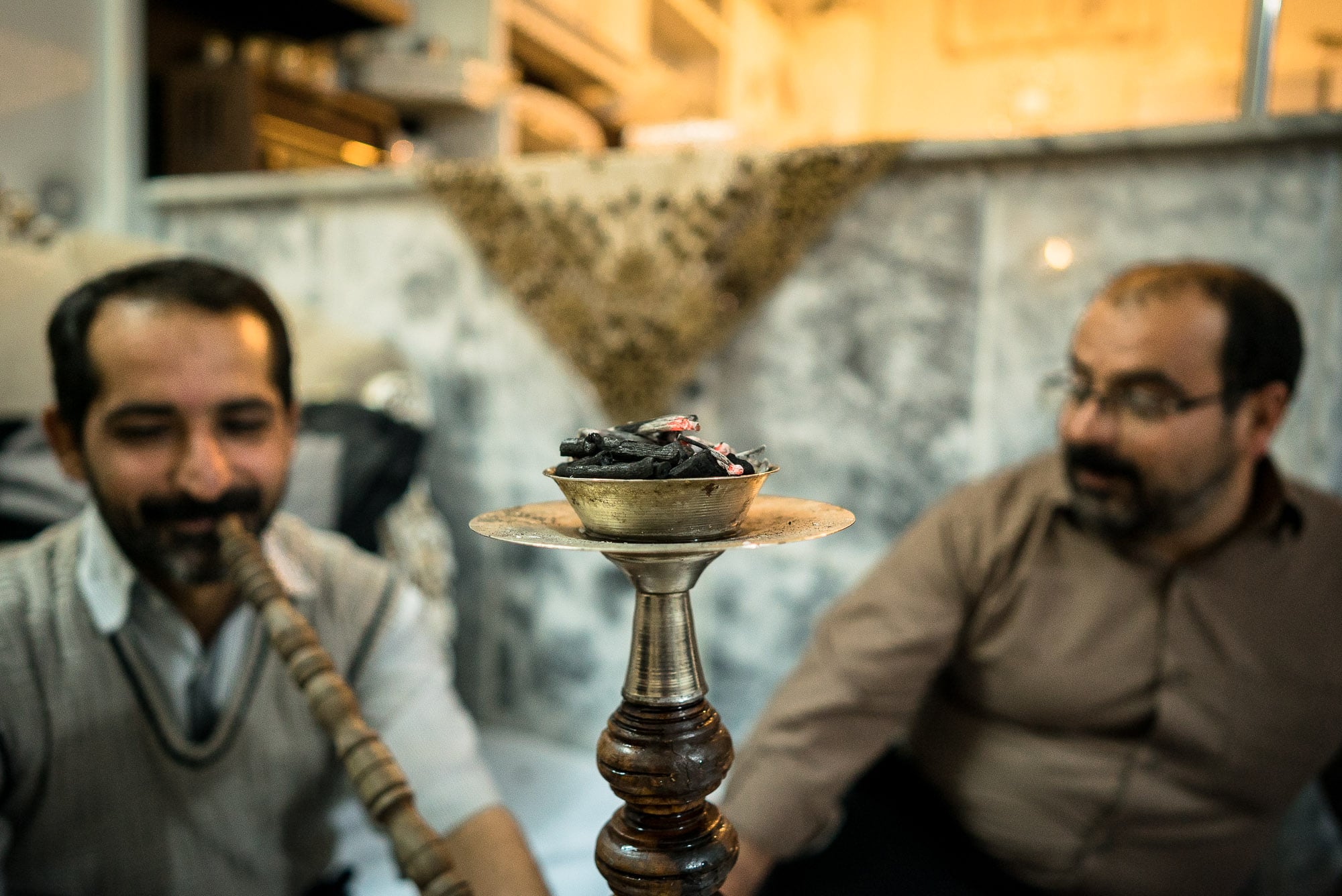 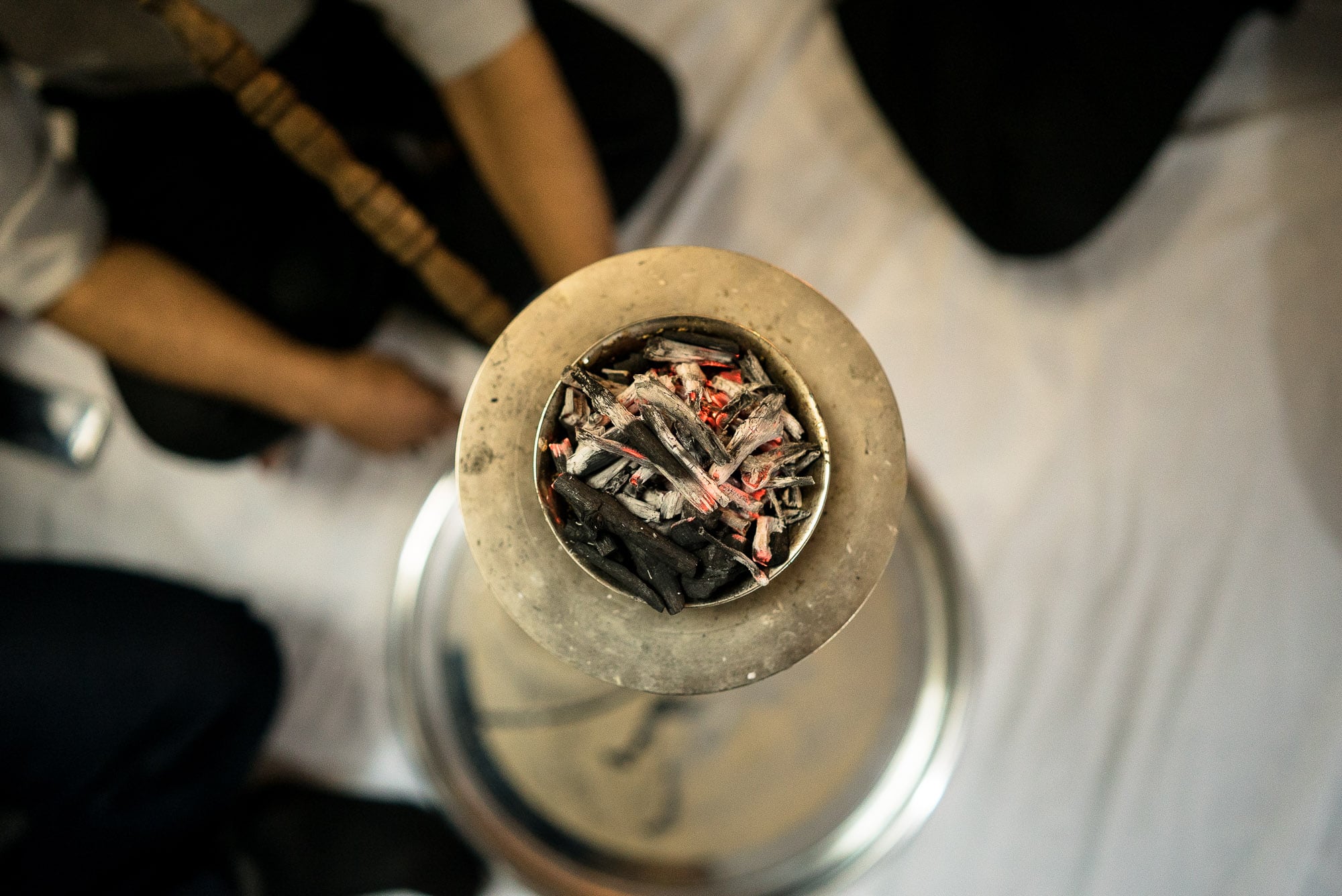 We left Mahdi’s house at around midnight, which is where this blogpost gets fishy. I mean, it’s an entry with the walking tag. It’s even got its own little map. But really, it was just a stroll of twenty minutes through the village.

Hassan accompanied me. We walked past the mosque: 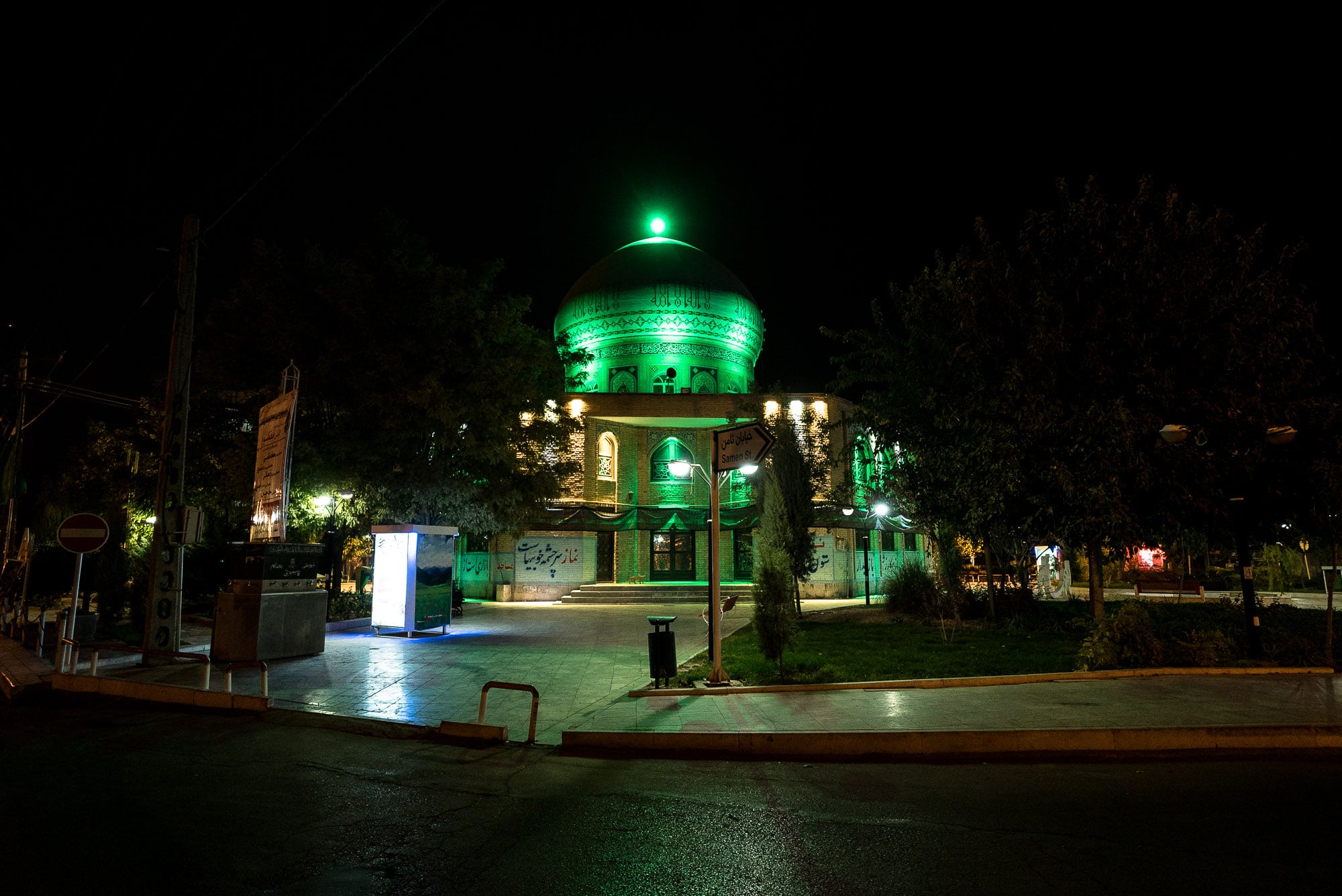 And past a martyr memorial for two young men who had died in the fight against ISIS in Iraq (or in Syria?): 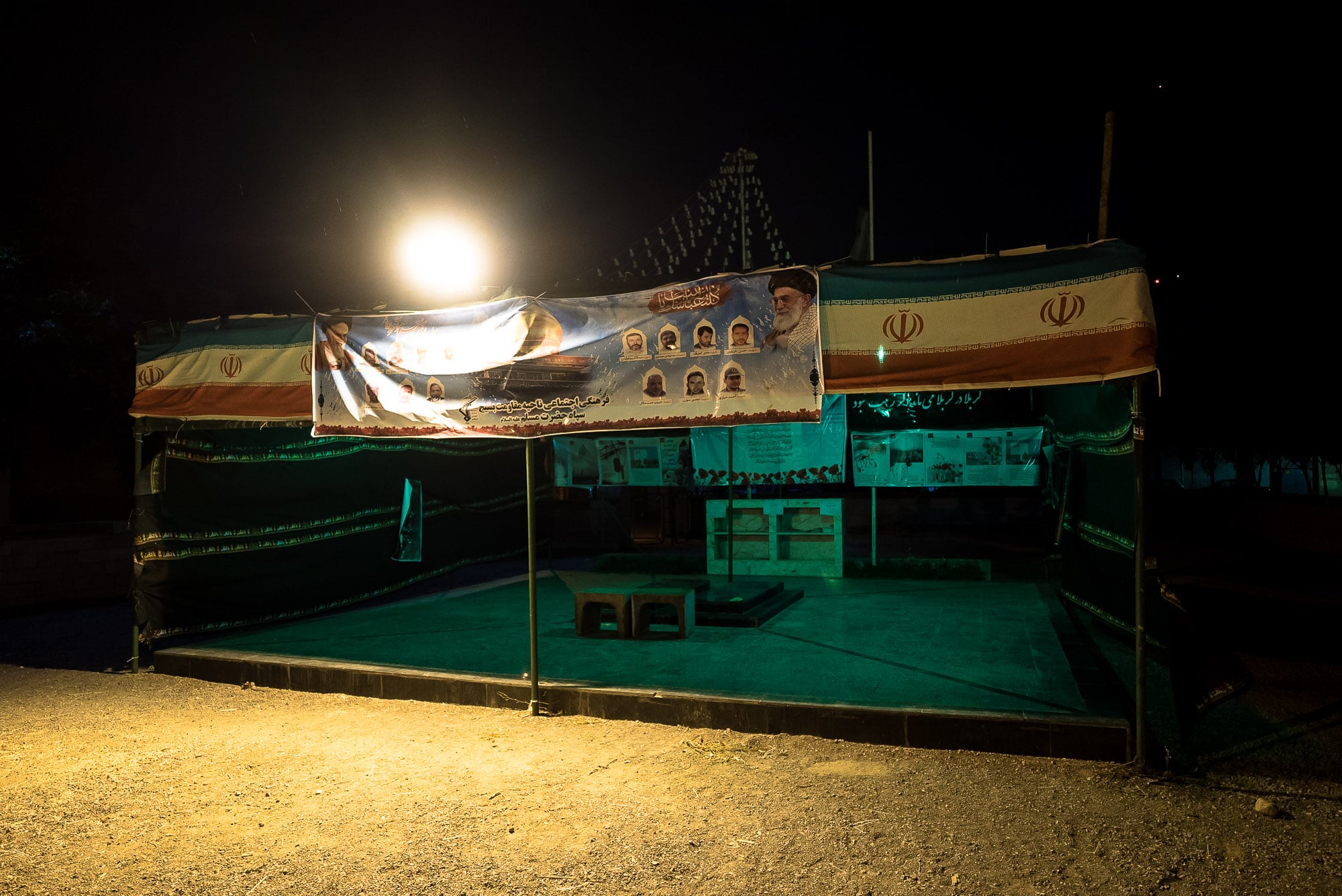 IT was a quiet night, and it was a nice little walk of a mile or so: 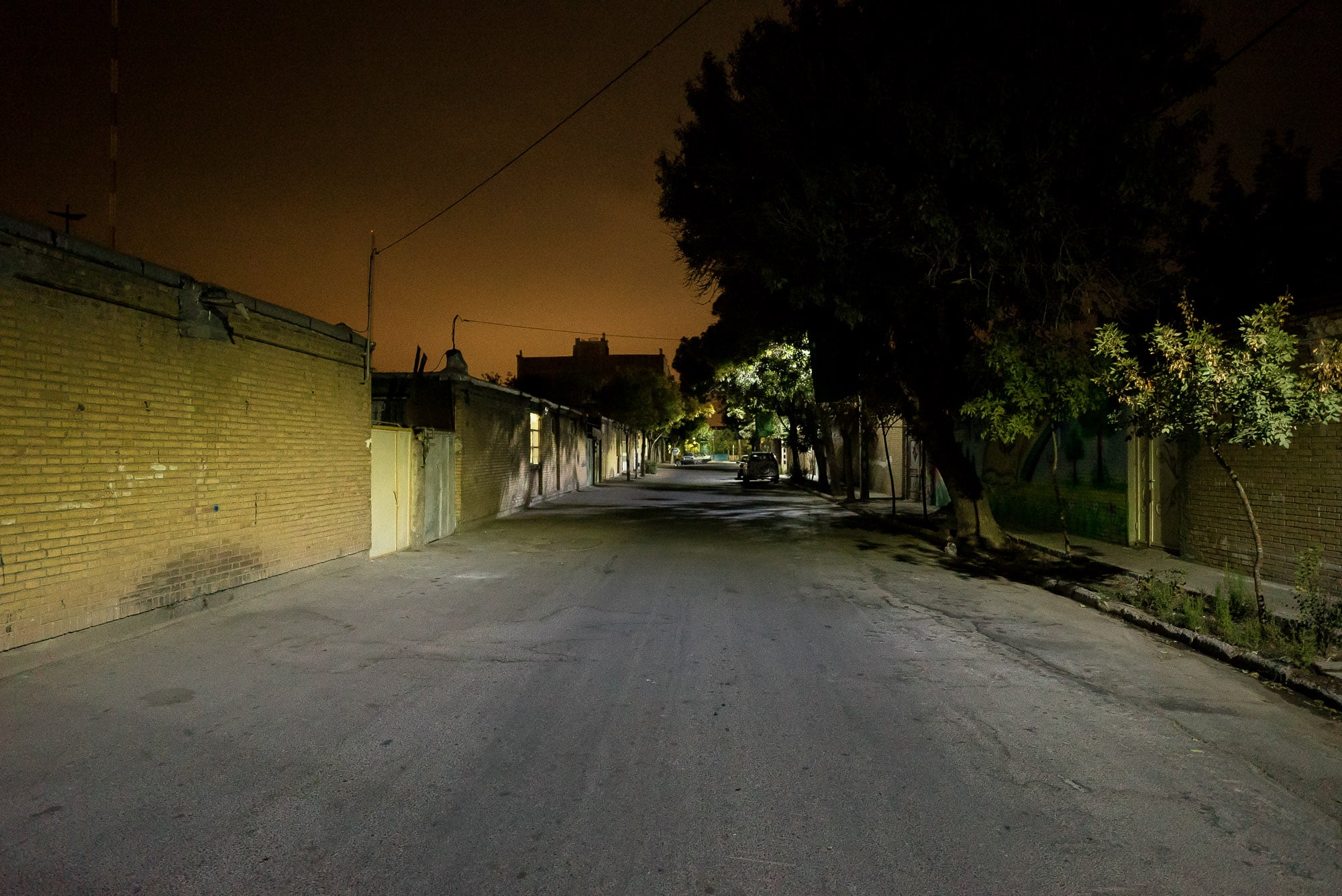 And then we were there, at Hassan’s house in a street where all houses looked strangely alike from the outside: 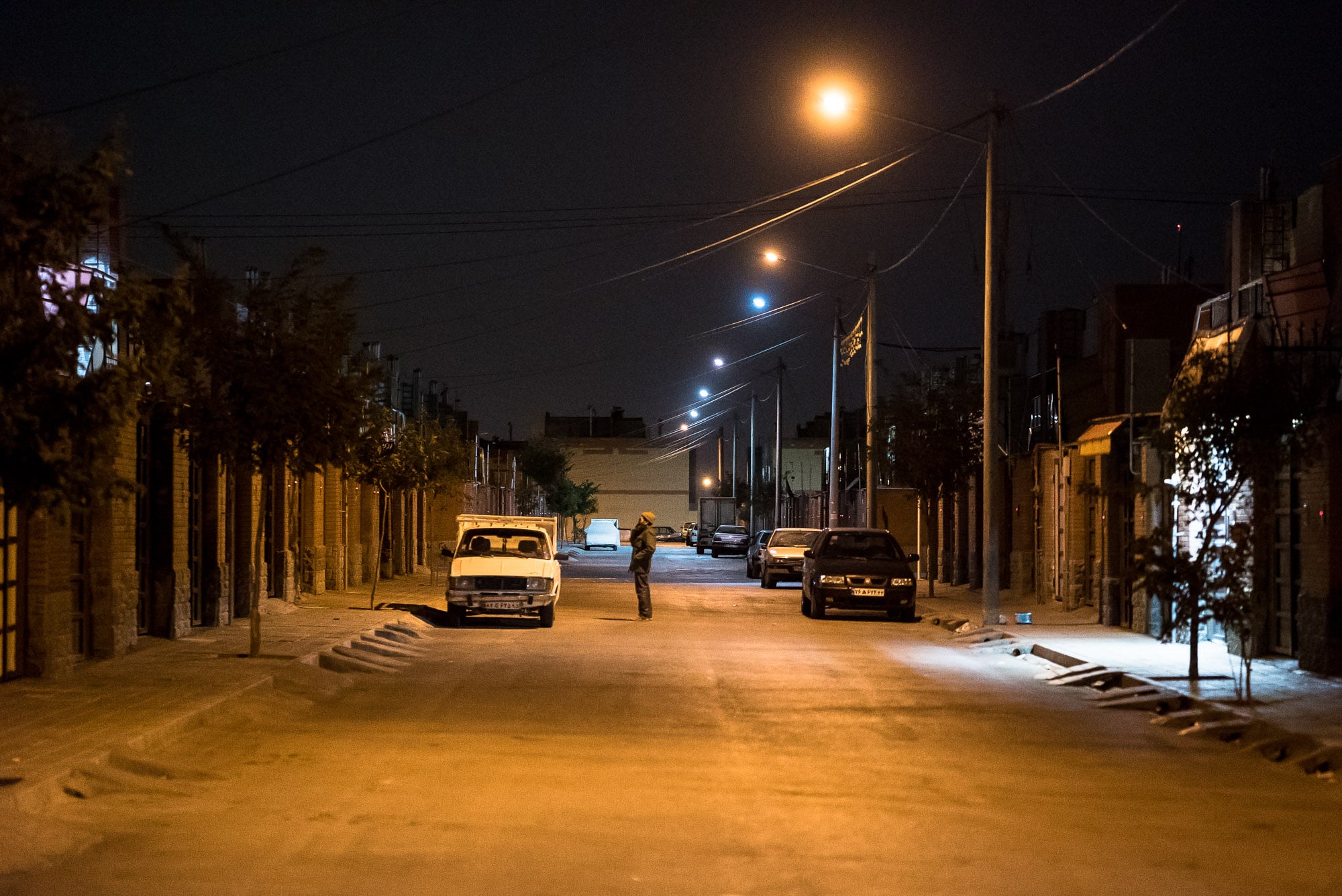 Again, I got a soft pillow in the living room, and again I lay my head on it. This had been my shortest walking day ever.