If you look at the map, you will see that I had been walking in the wrong direction for the last two days. I should have walked to the northwest, but instead I had opted for a northeastern route. The reason was this: 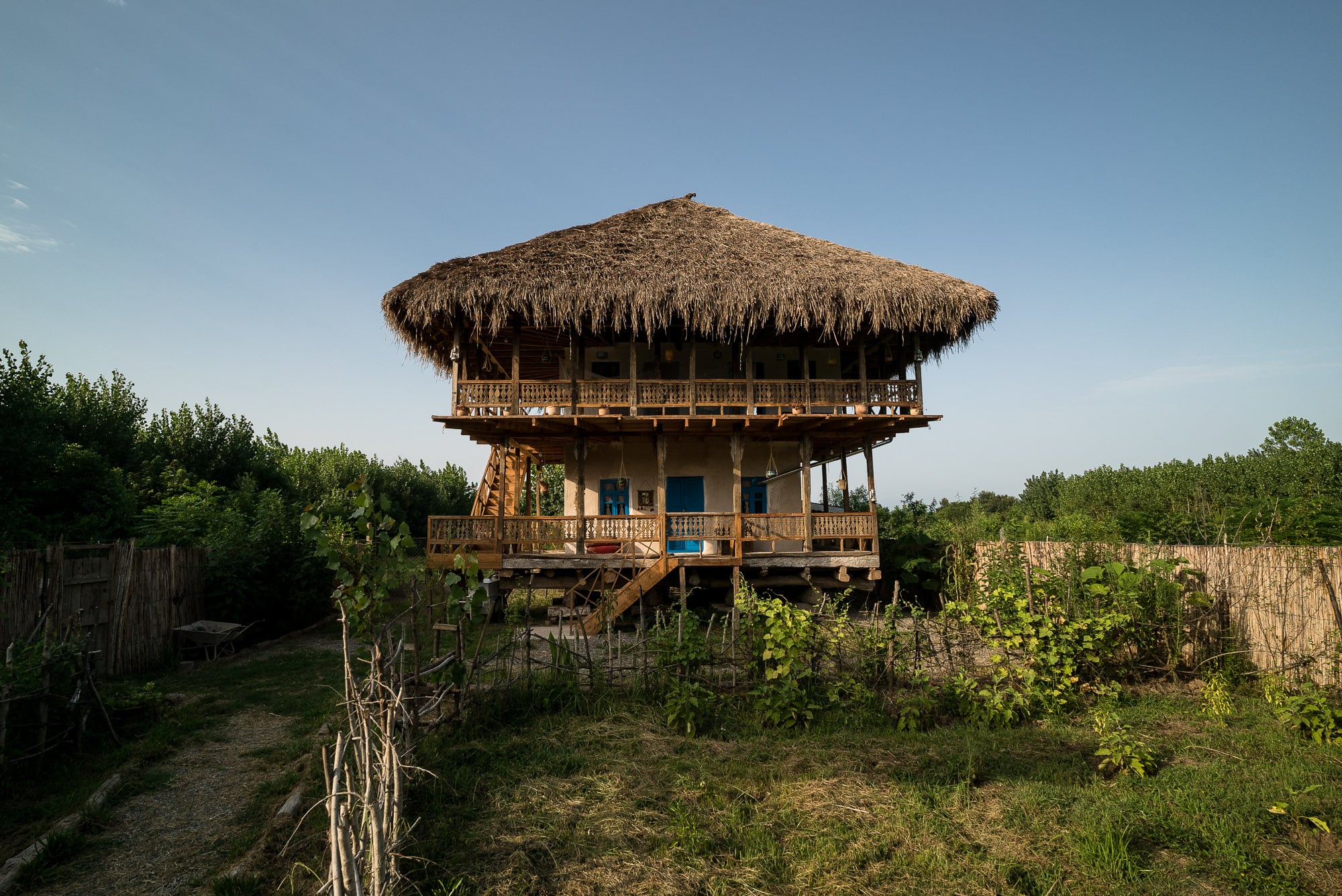 I had seen this eco lodge called Lotka on the map, and, having been a fan of eco lodges for a long time, I felt like I had to go check this one out as well.

And it turned out to be awesome.

The owners had taken a traditional old building that had suffered in an earthquake and moved it to this location, restored it, and turned it into a place for guests to stay.

And it was such a peculiar structure – the whole frame was made of wood, and it even rested on wooden blocks on the ground: 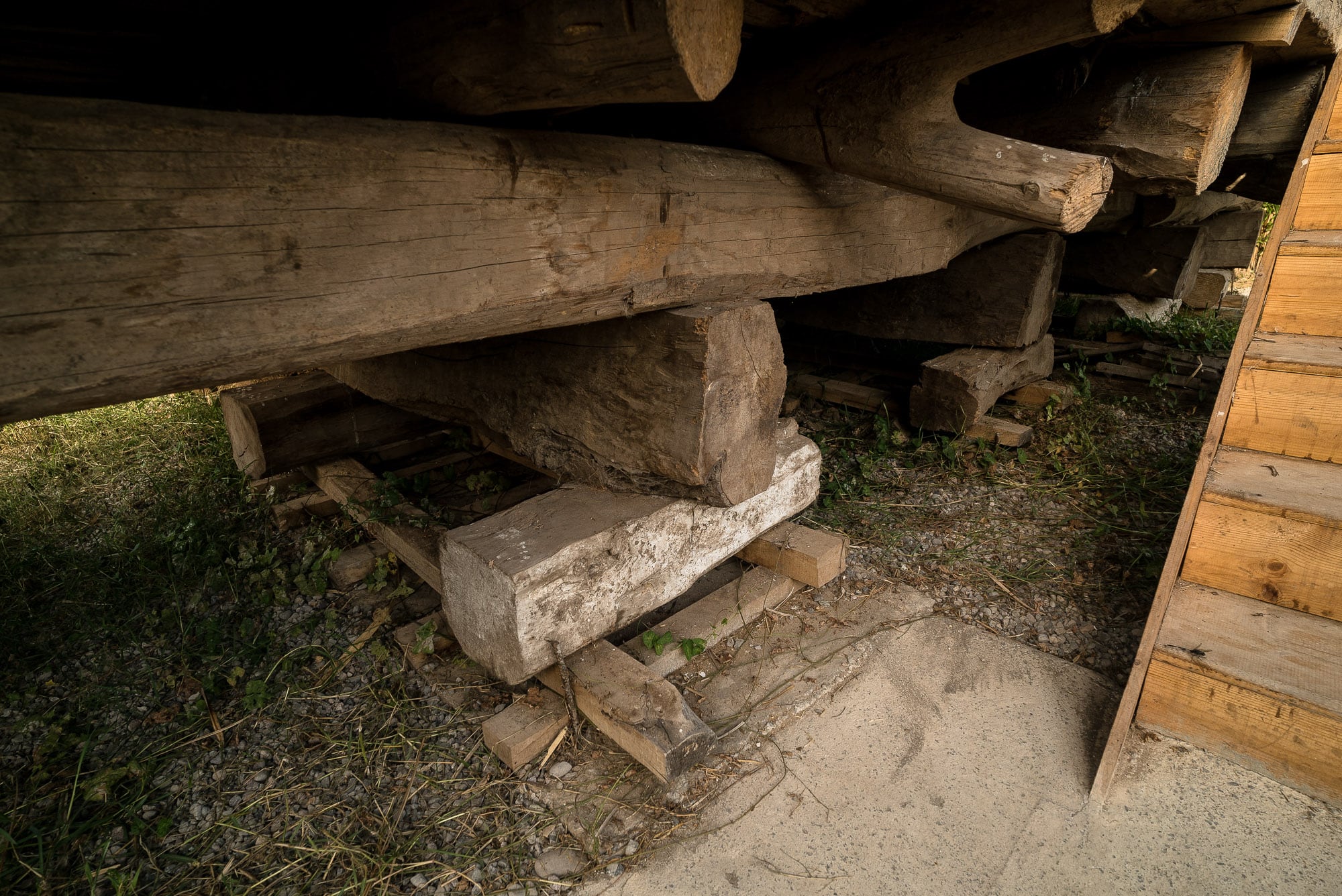 When I was there, the old house had been operational as an eco lodge for only a few months. I was told that one time, after the restoration works had just been completed, the original owner’s children had stopped by to visit. They had shed tears, and I thought maybe I was able to understand why. Most people’s childhood homes have something magical about them. But this one was special in and of itself.

I got a room and three meals a day (home-cooked food), and I took off my shoes and laid back: 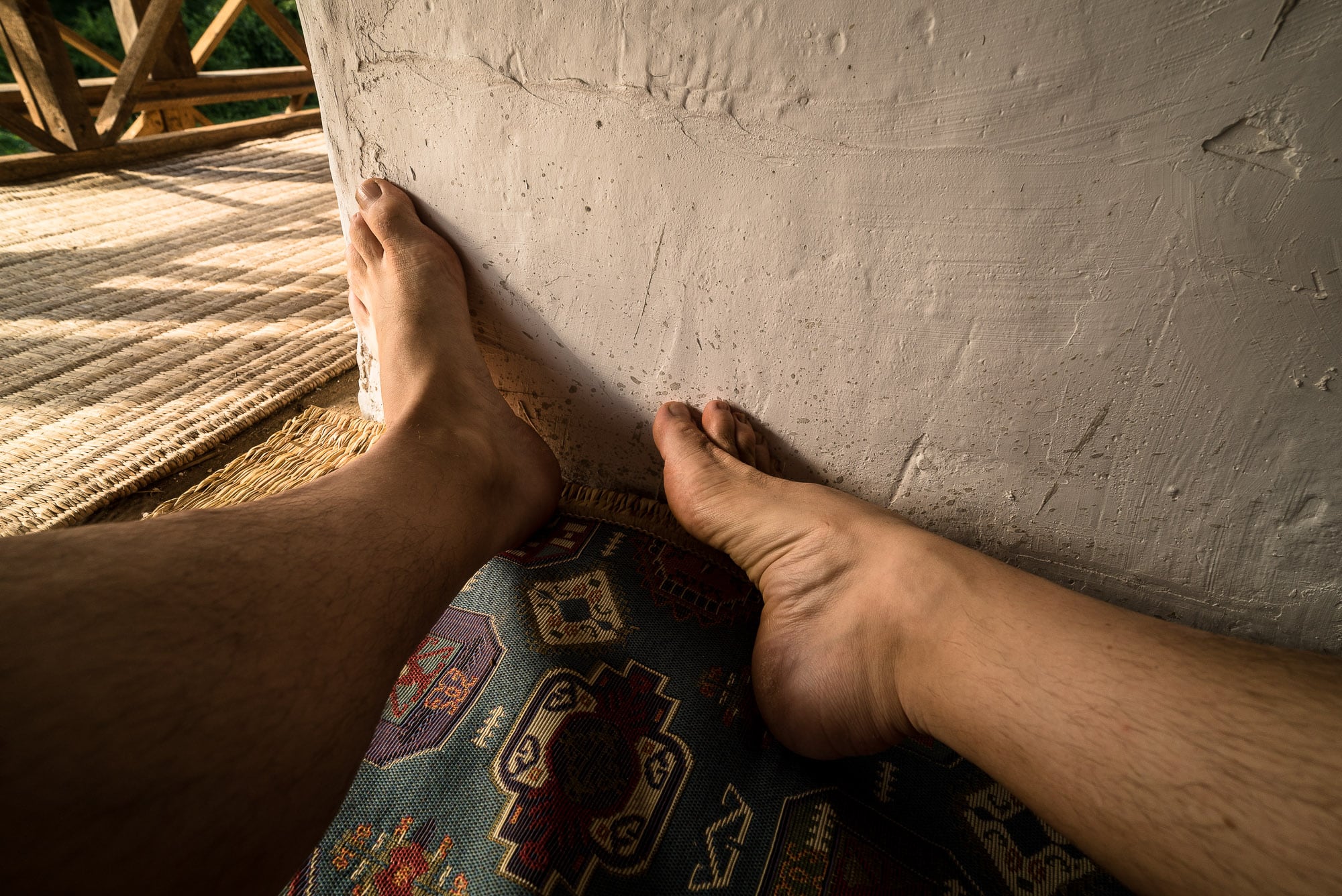 There were storms brewing outside. But I felt safe here, in the secluded space of this old, special house.