The rain had been so strong I had woken up in the middle of the night because of the hammering noise that it made on the roof. But when I got up in the morning, the rain was gone, and so were the clouds, and it was almost as if nothing had ever happened: 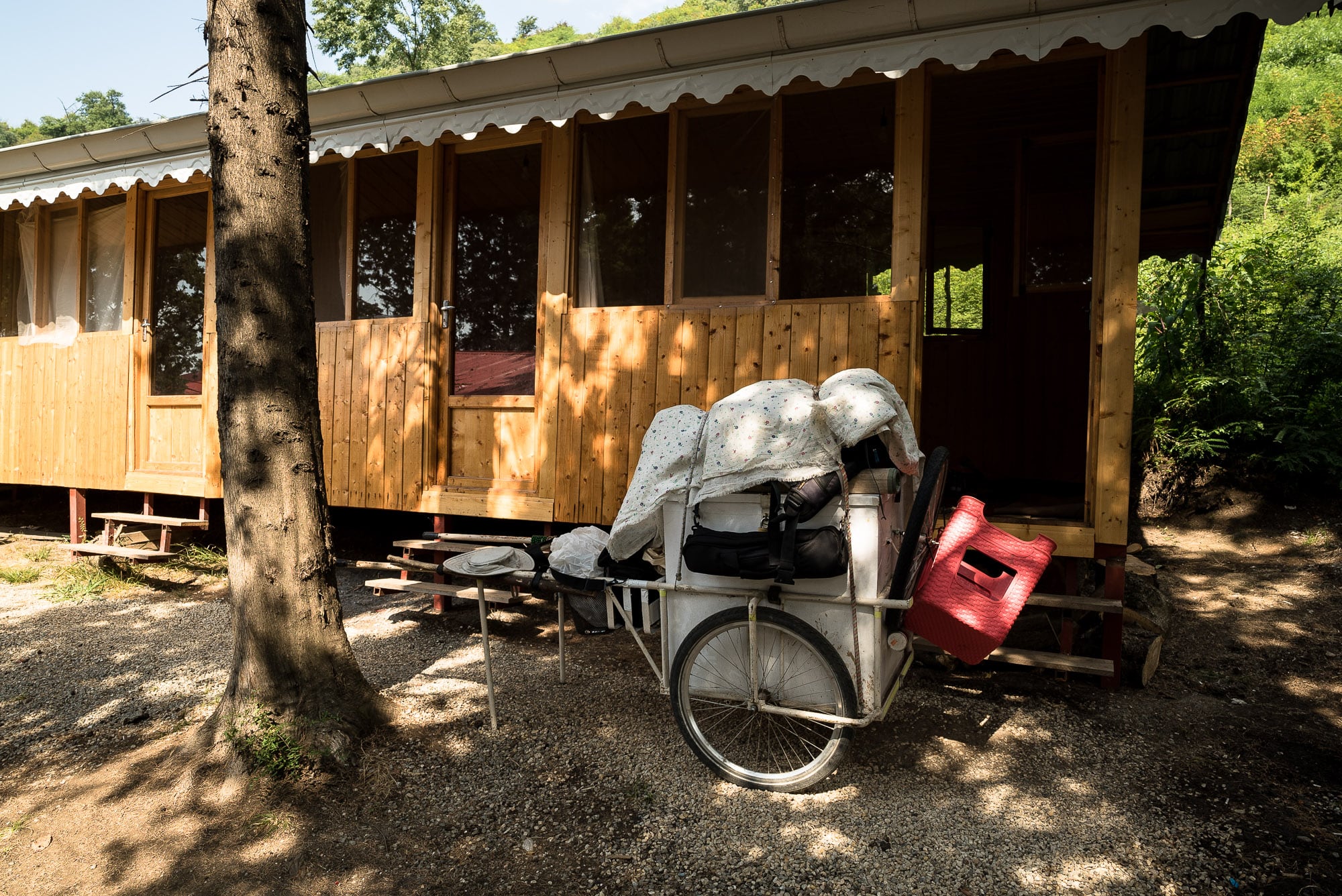 I said goodbye to Saman and the others. Then I got on my way.
It was a bit hard to fathom – was today really going to be my last full walking day in Iran?

Walking felt easy at first. There was a soft breeze, and it wasn’t very hot. I looked around, and the countryside seemed to be asleep: 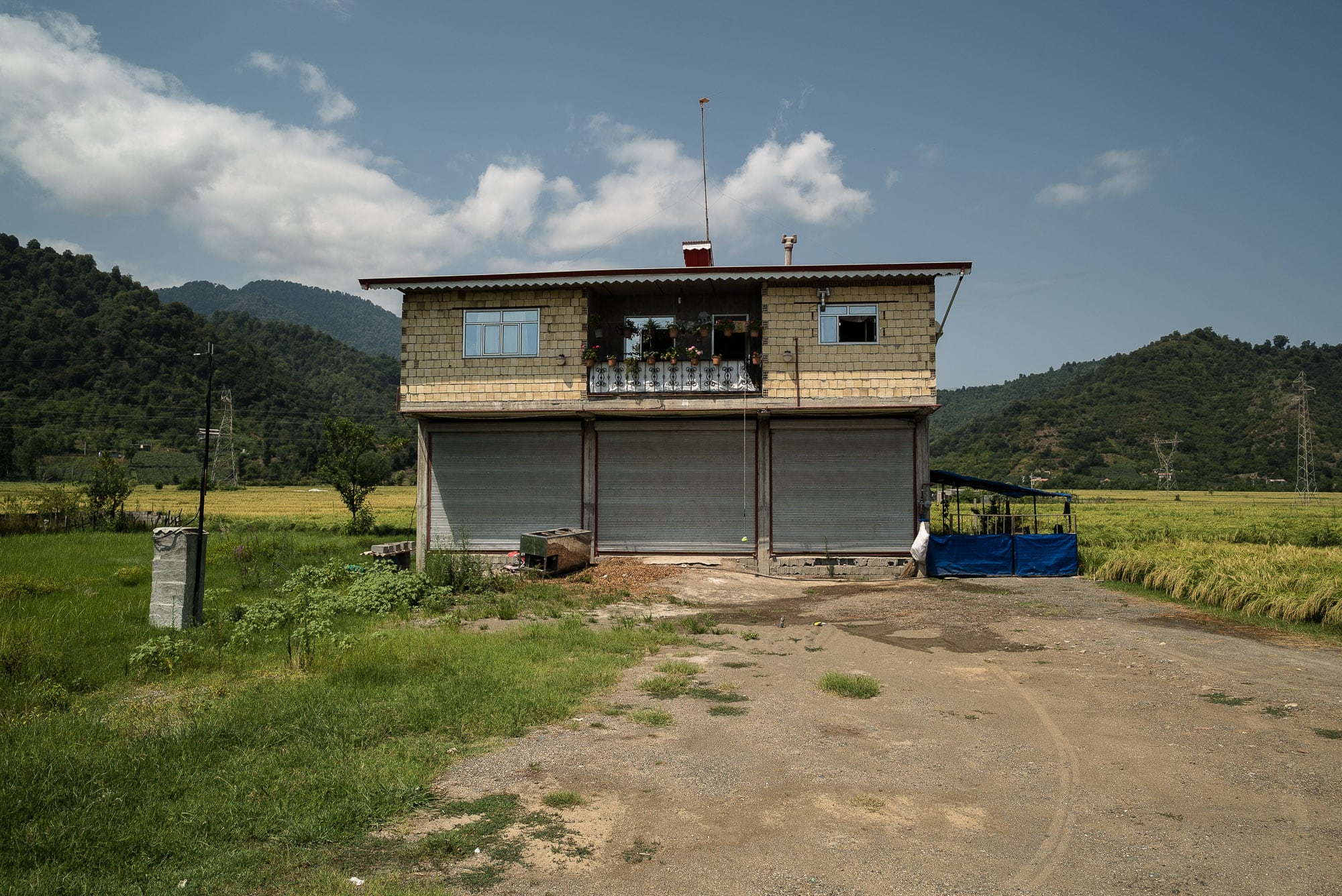 The Supreme Leadership was there, greeting me from a billboard: 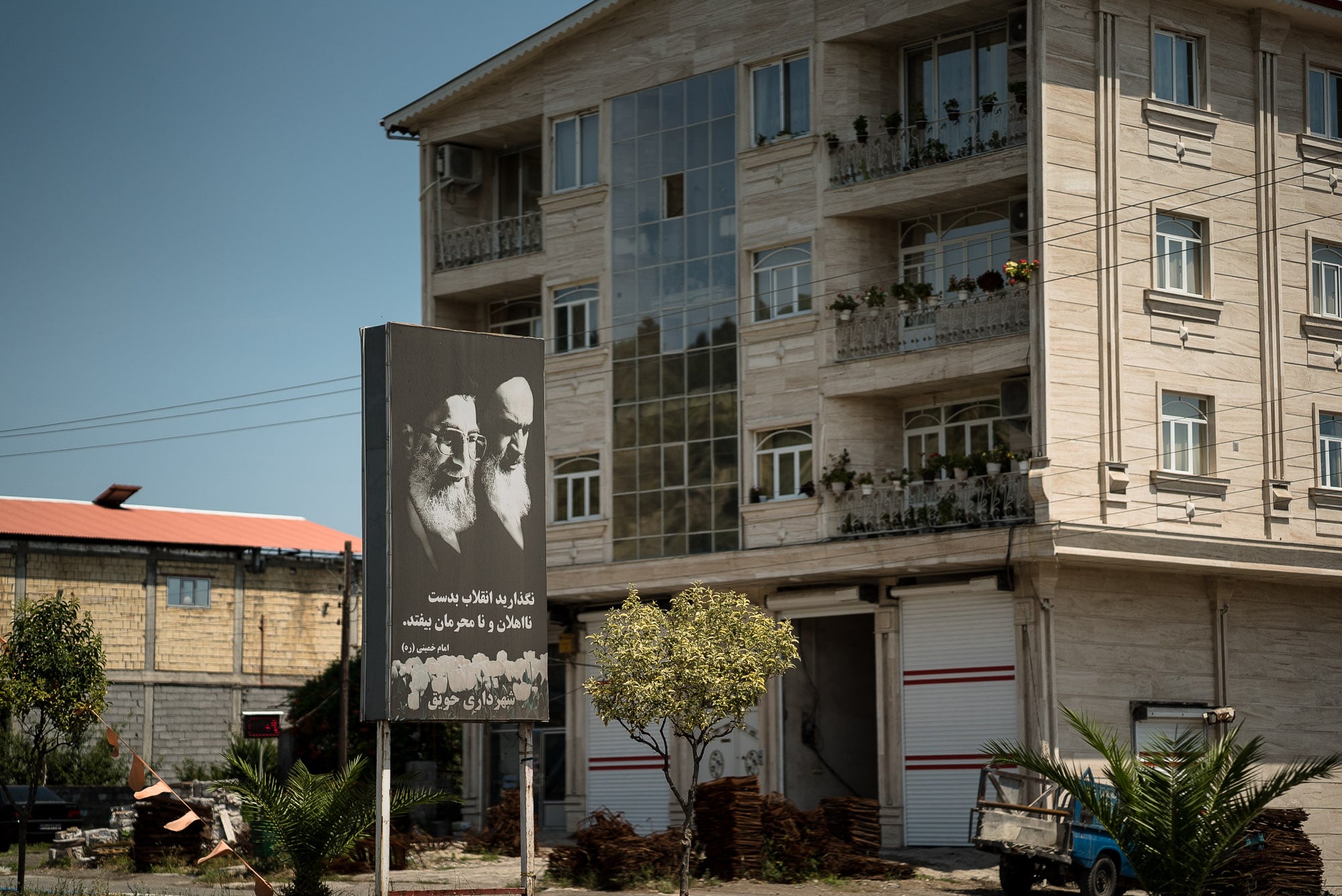 And from another, even bigger one: 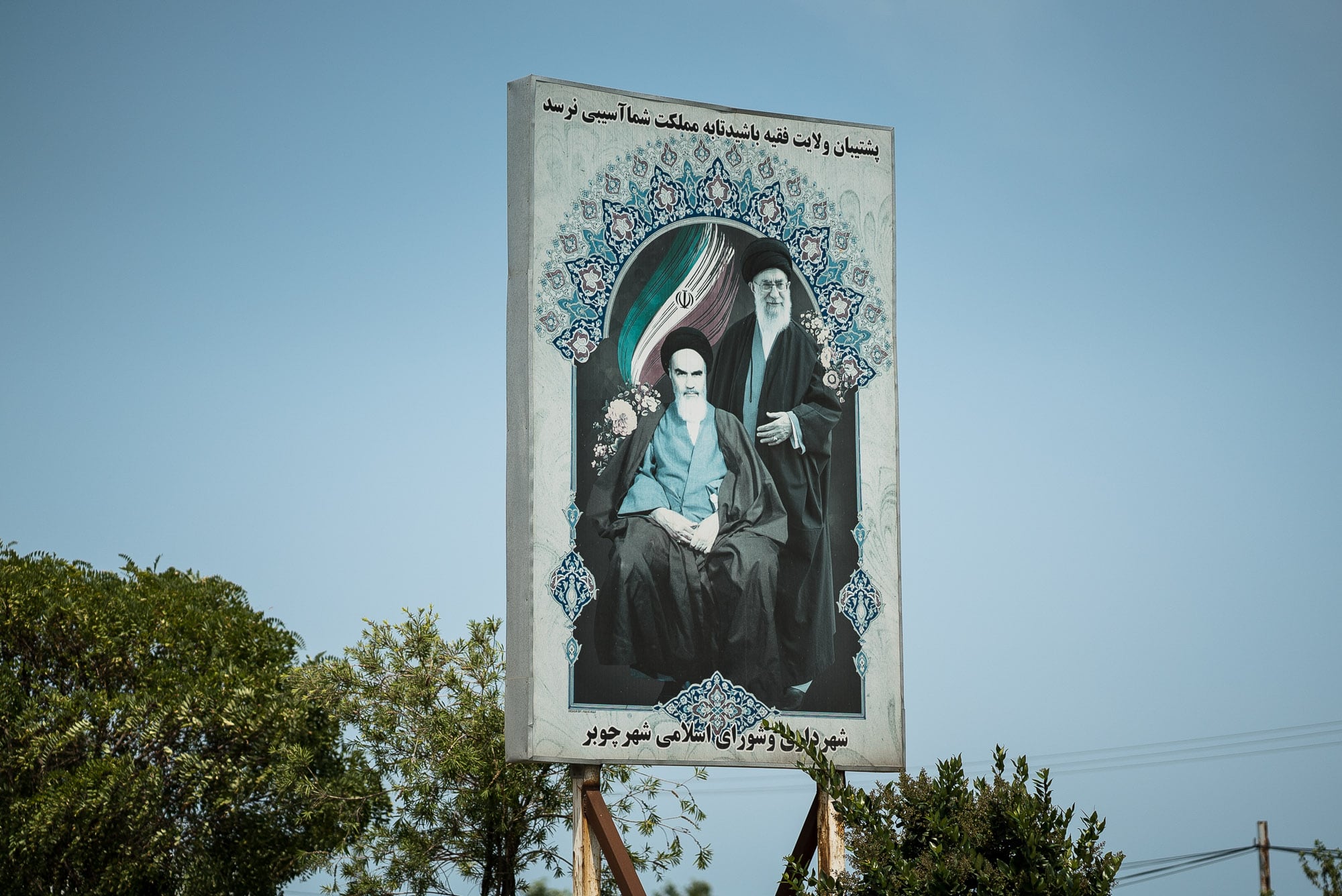 Houses greeted me with flower pots: 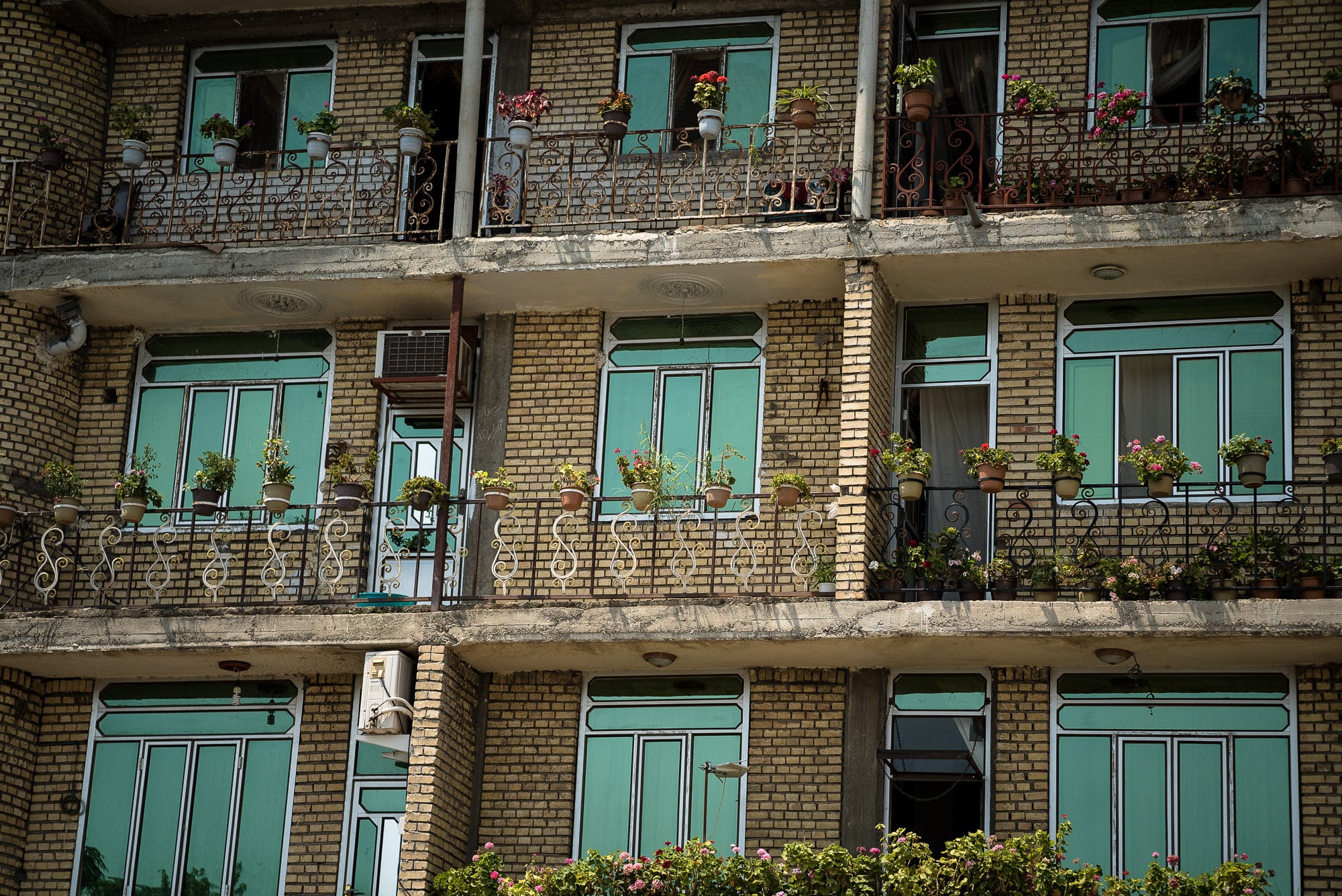 And a restaurant greeted me with Cyrillic letters: 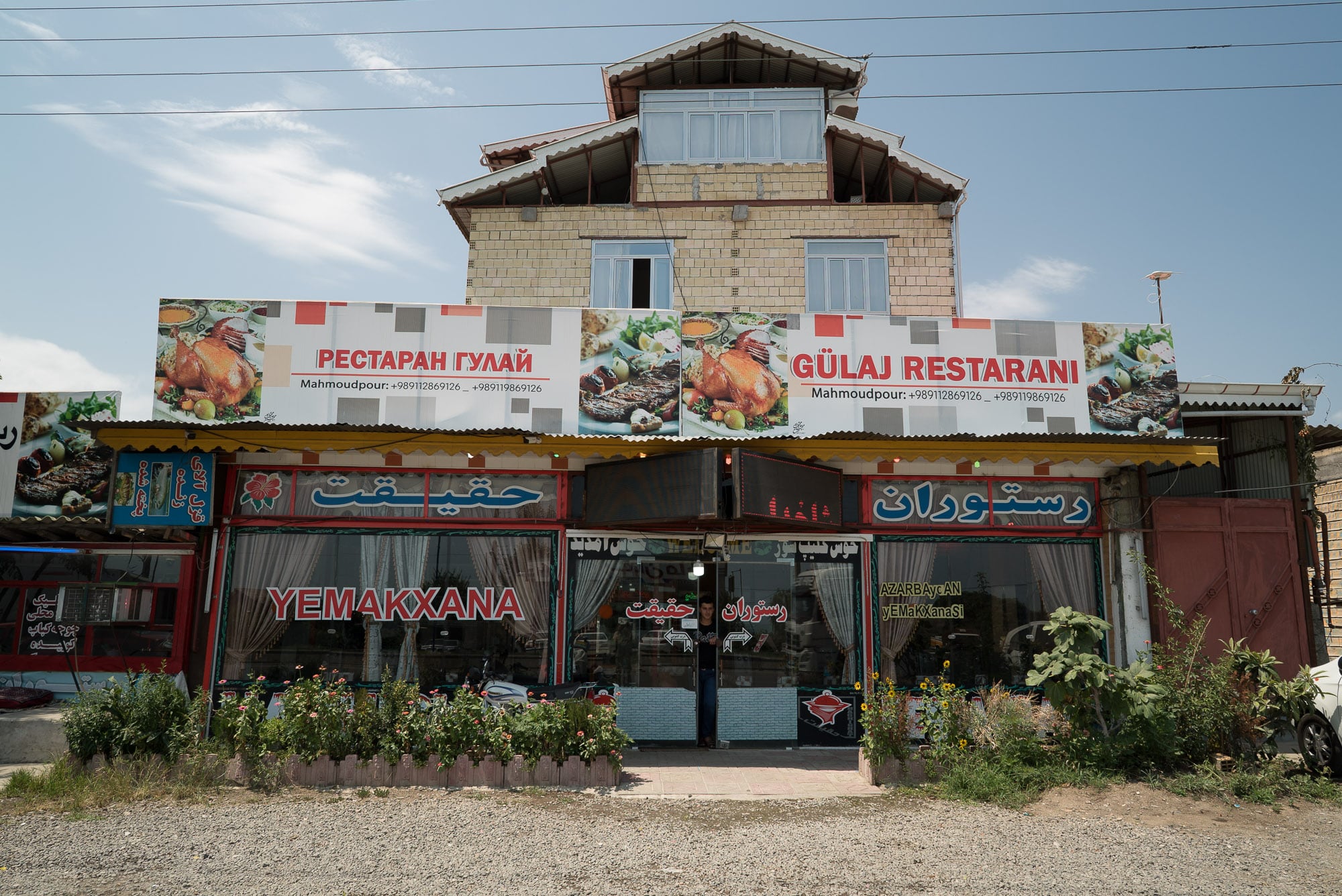 I didn’t go in, though. Rather, I decided to sit in the shade of a water tower and eat some peaches.

It was there that a gentleman by the name of Mehdi, and his two daughters, spotted me from one of their windows: 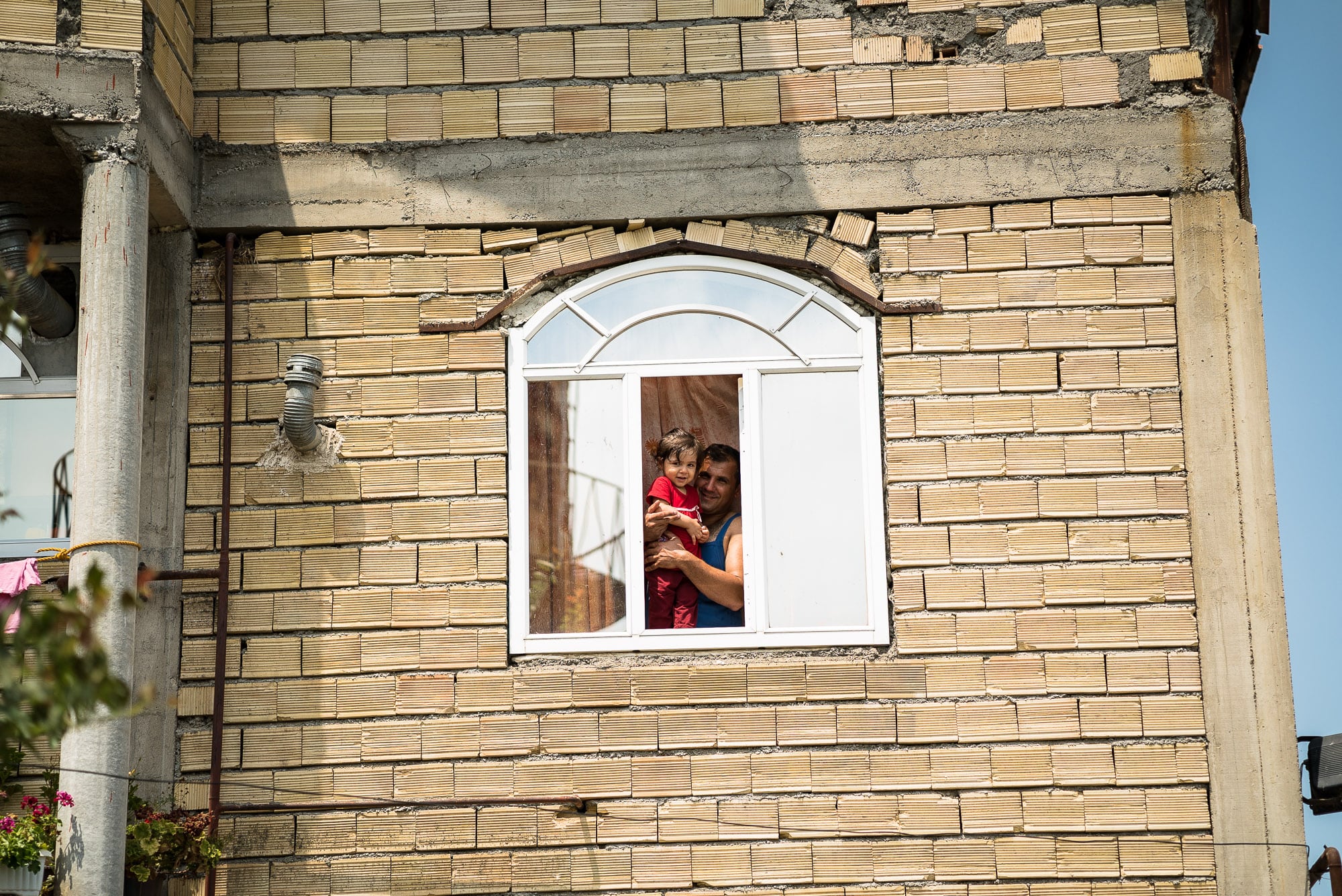 After a moment they came downstairs with a plate full of rice and chicken and a glass of cold lemonade. It was for me: 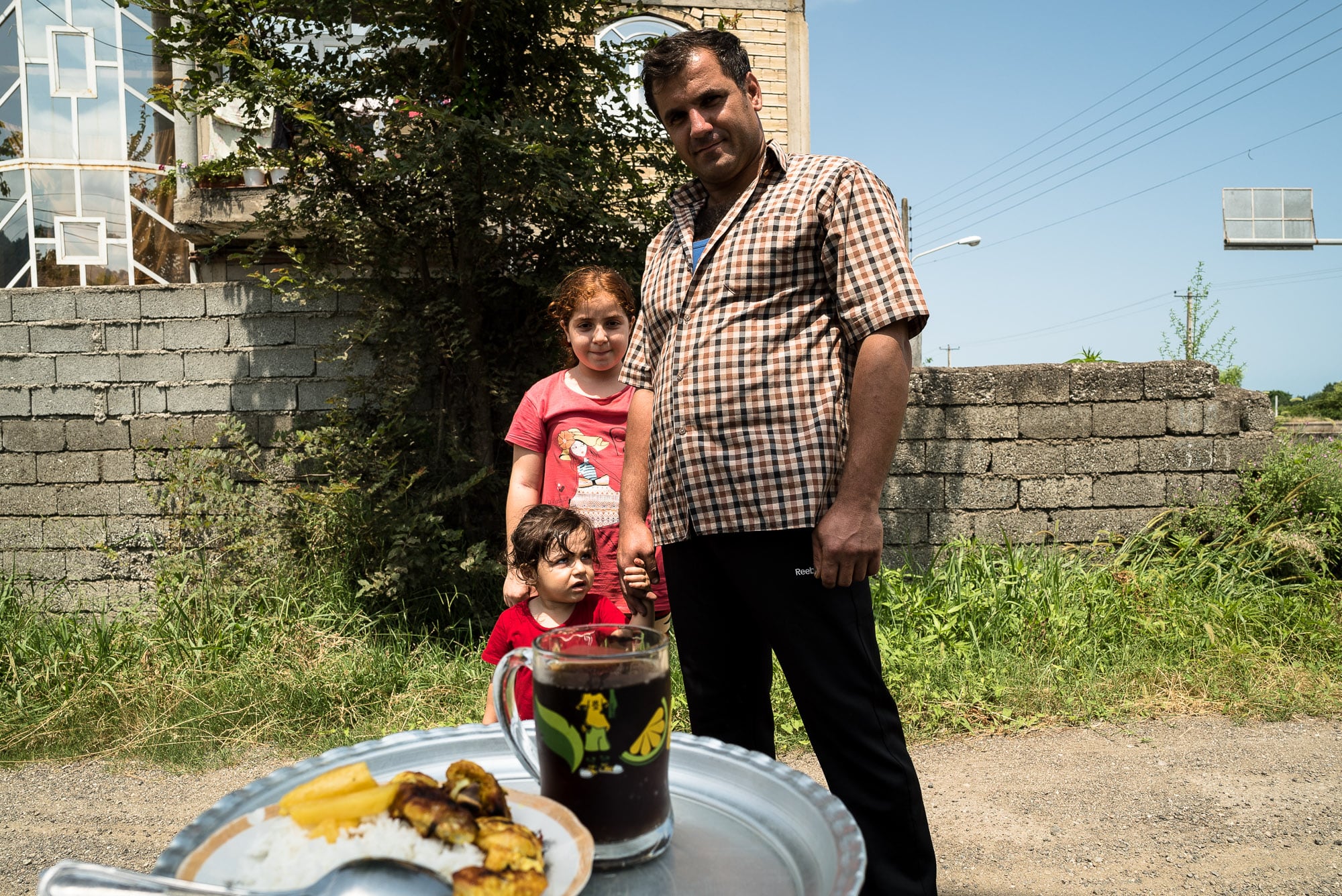 Then they went back in, and when I was done eating, they came back out and picked up the dishes. They wished me a good walking day, and that was it.

I was truly at a loss of words. There had been things about Iran that made me angry at times: the absurd political situation, the institutionalized misogyny, the asinine driving.

But so many people here were so incredibly nice to me as a guest. It was in their culture.

It was Iranian hospitality.

Once again I felt humbled as I continued walking on The Longest Way: 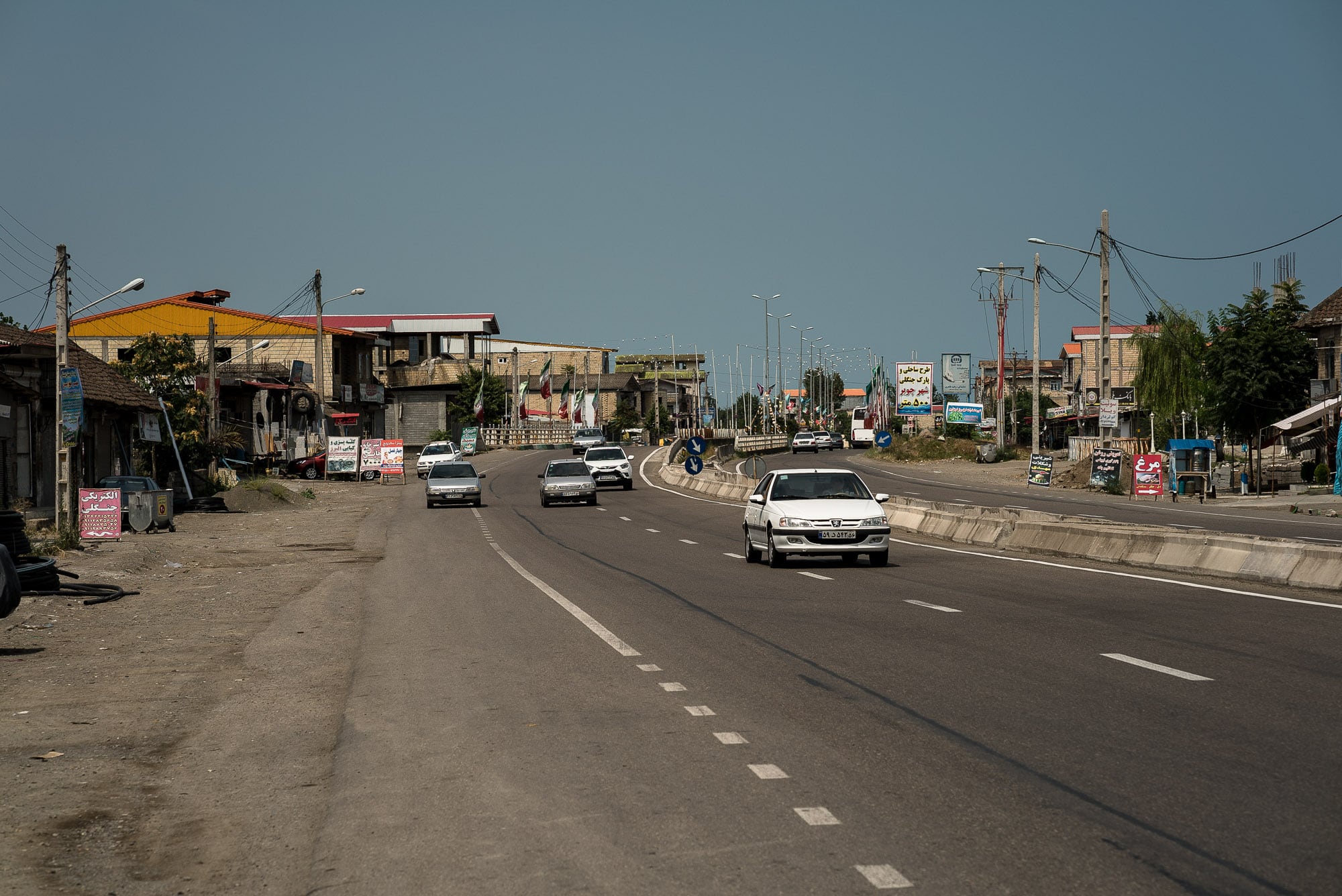 I walked in silence for a while, trying to understand that this day was going to be my last full walking day in this country: 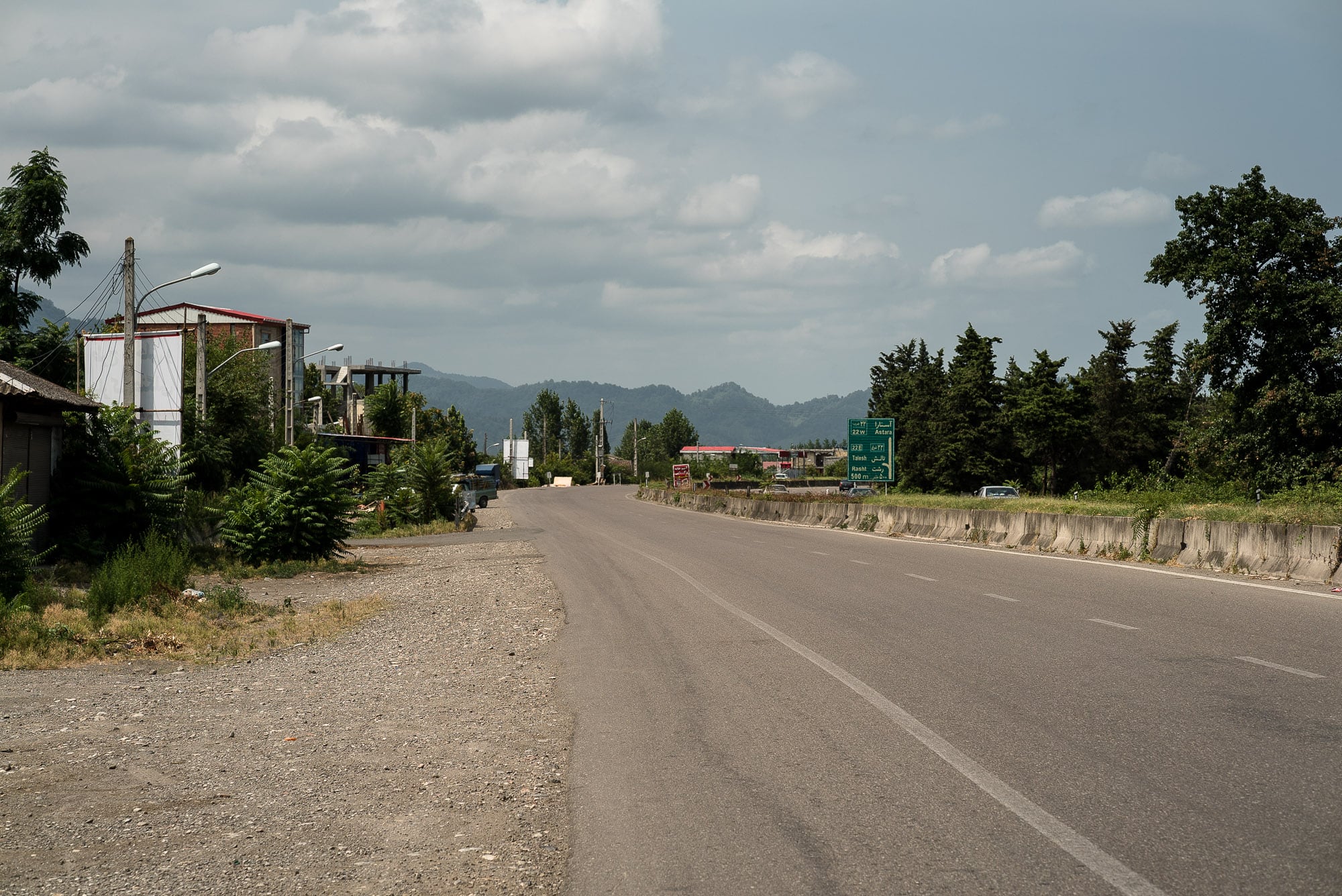 There were little things to be seen on the roadside. Once there was a little hut in the fields: 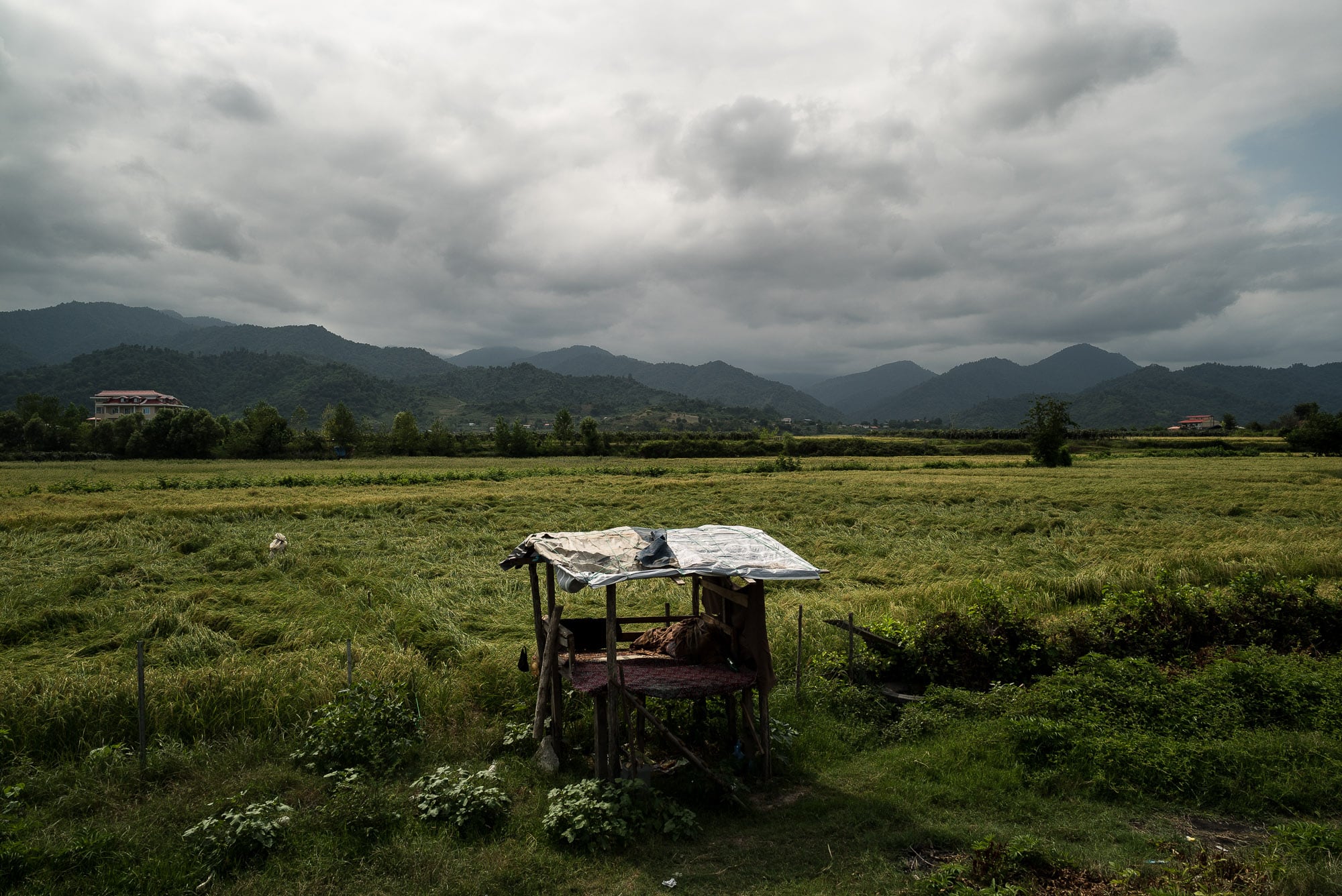 And once there was a fire in the mountains: 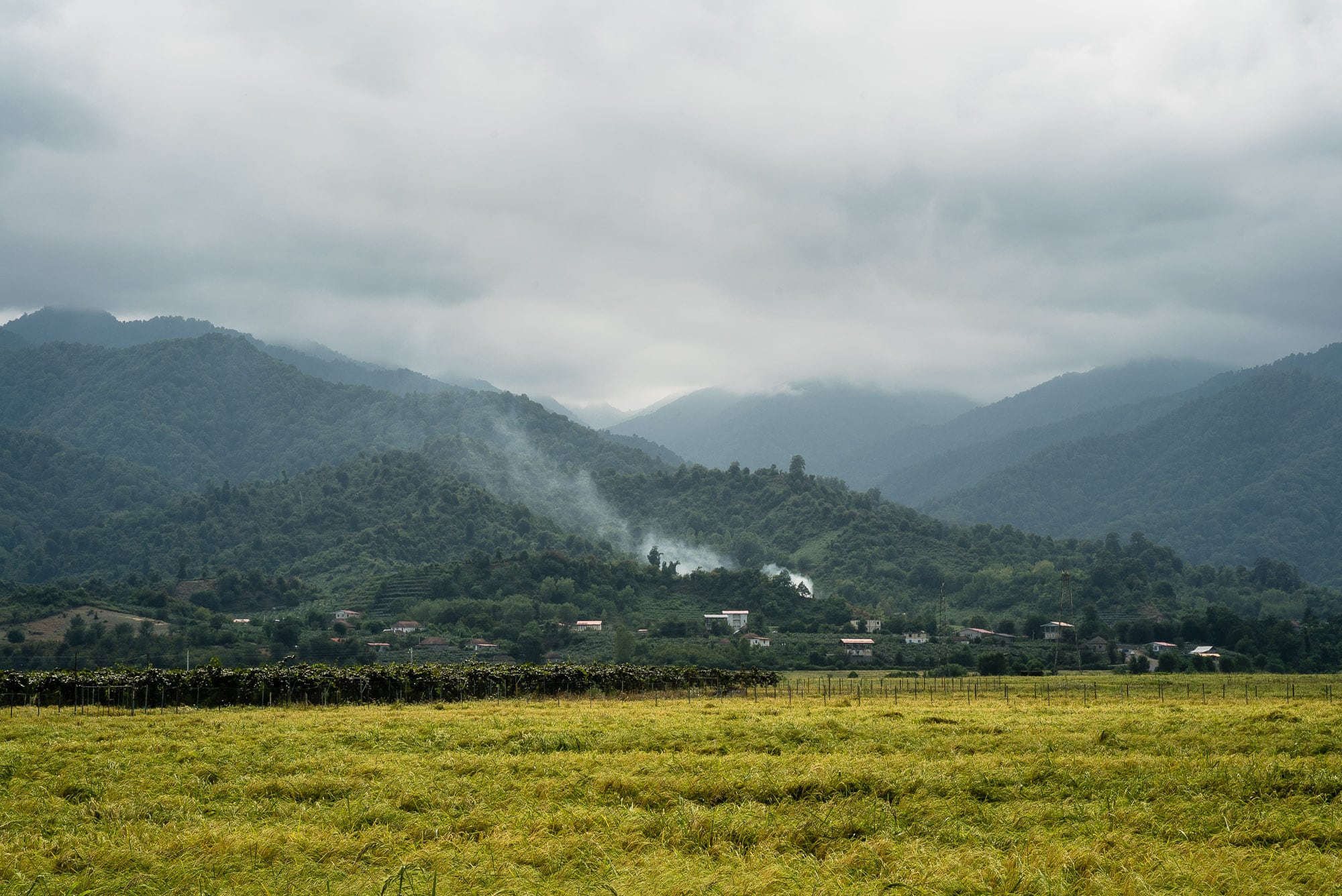 And then there were the cows.

I had seen mostly flocks of sheep in the dry highlands of Khorasan. But down here, on the shores of the Caspian Sea, there were not many sheep. There were cows instead.

Sometimes, the cows would be roaming on the highway: 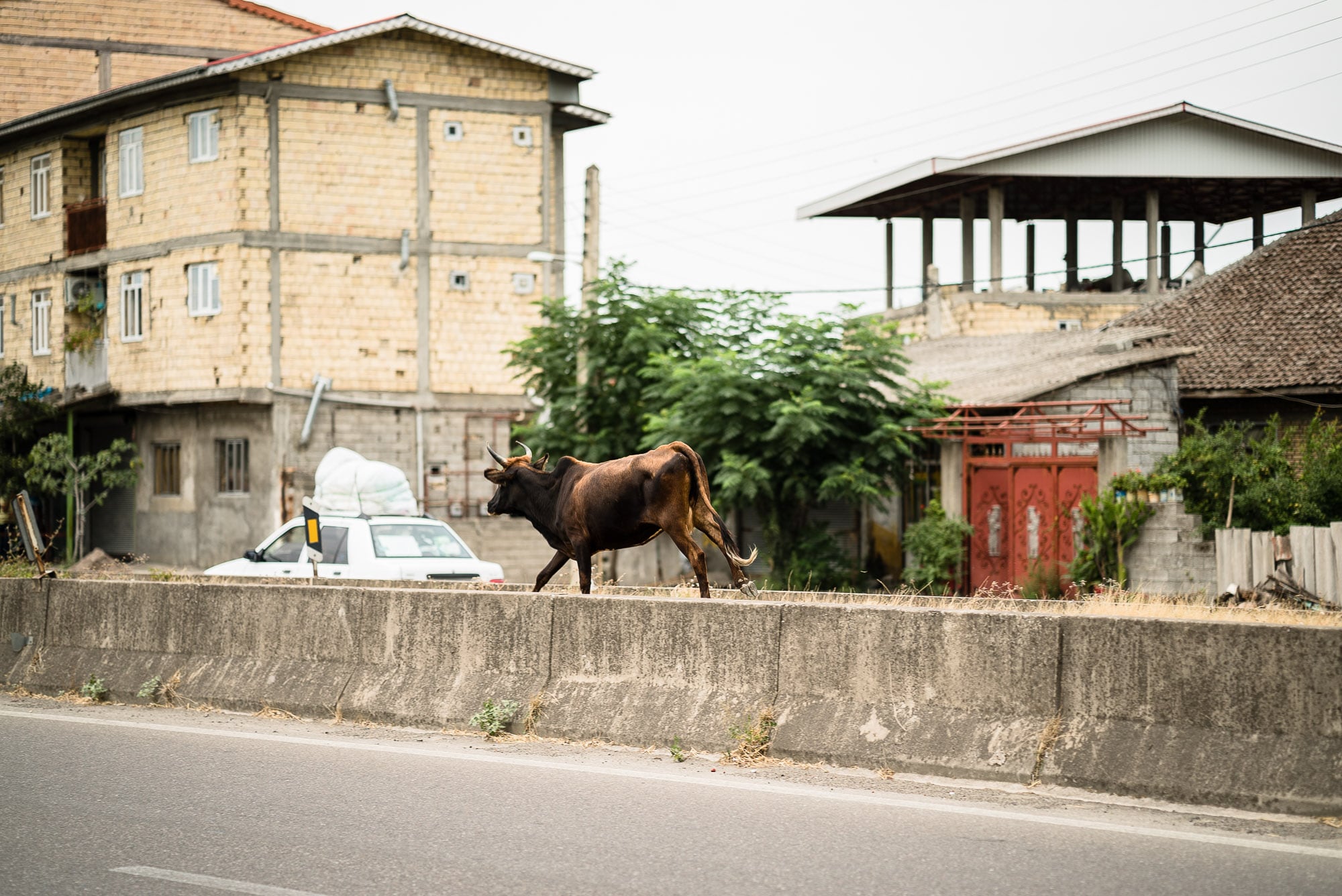 And what would any normal driver do when they noticed a large animal in the middle of the road? Right, they would slow the hell down.

But not here in Iran. Most people didn’t slow down at all, not one bit: 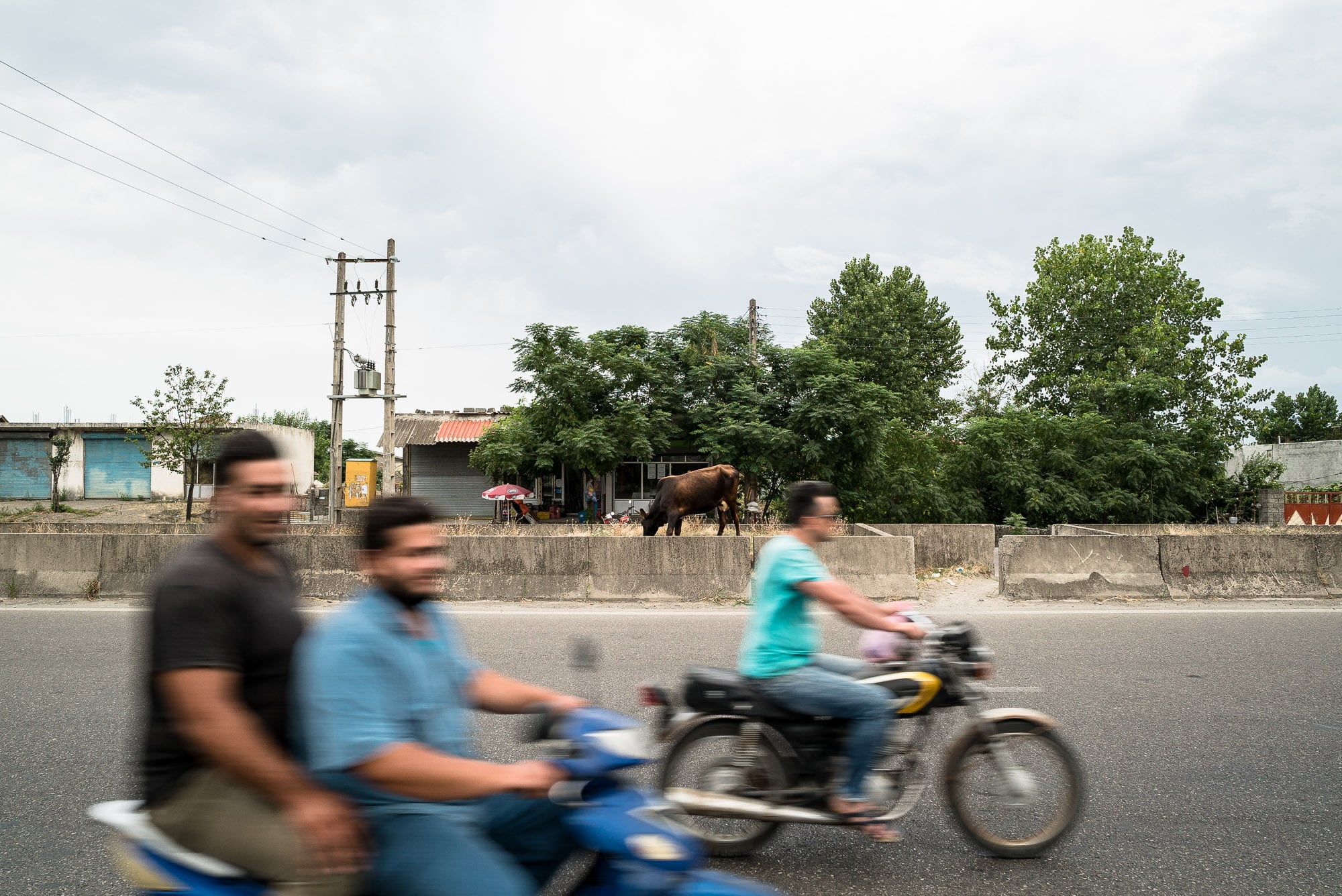 So today I witnessed a driver speeding right between two cows, startling one of them, so it panicked and ran right in front of the next car. I watched in disbelief as the vehicle smashed into the animal, lifting it up on the hood and the windshield before coming to a stop. Screeching tires, a cloud of smoke. Then the cow fell off the car and skidded on the road for maybe ten or twenty meters until she, too, came to a stop.

That’s when I started screaming at everyone (mainly at the first driver).

“YOU!” I screamed in English, pointing at him: “it was YOU!”

The people in the accident vehicle looked shocked, but they seemed to be okay. And much to everyone’s surprise, the cow simply got up and walked to the side of the road. She wasn’t even bloody. It was as if cows were made of steel.

I was angry as hell.

These two little dudes thought it was funny that I was so mad, so they came over and asked me for a photo: 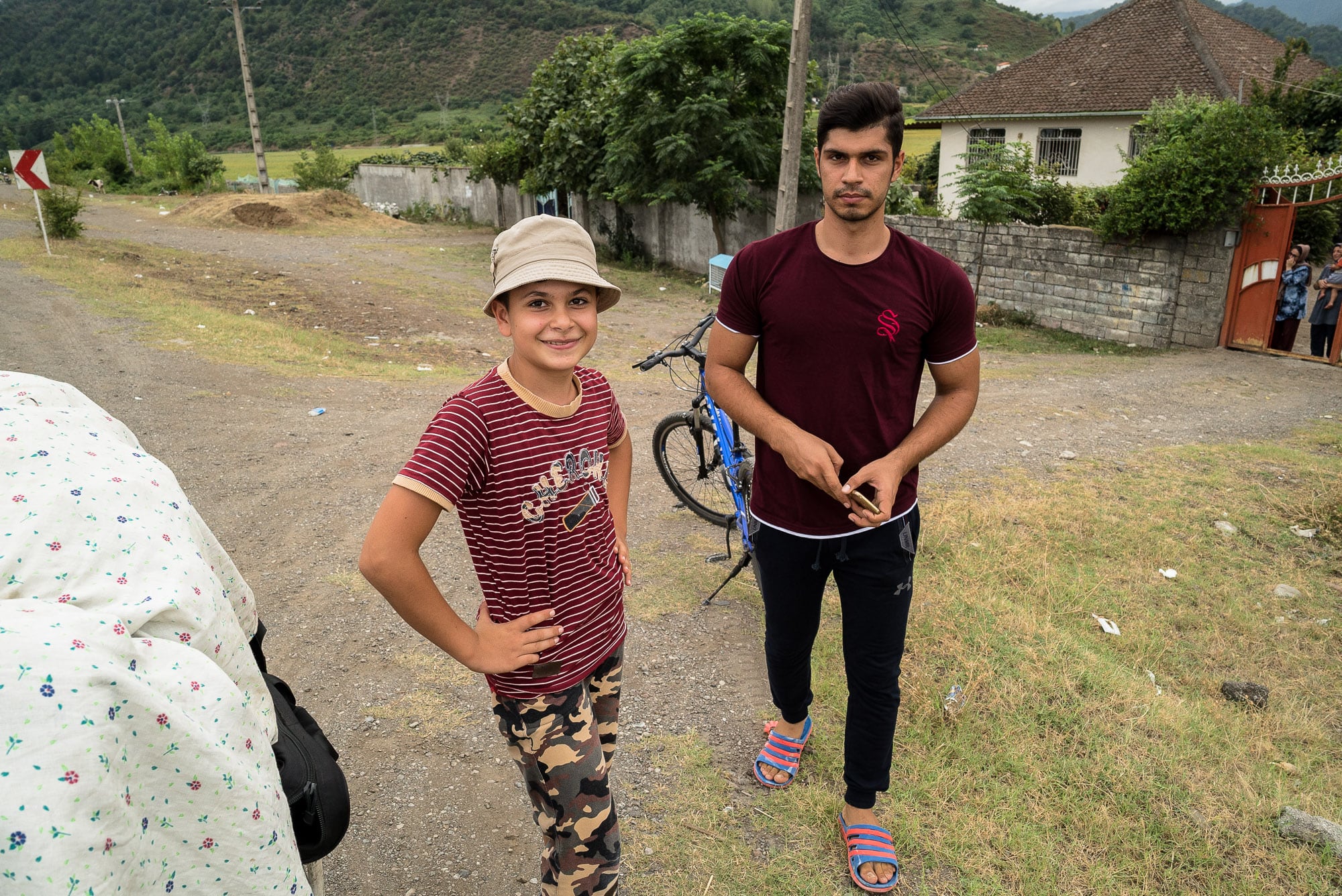 And we looked so funny in our hats, I quickly forgot about my anger: 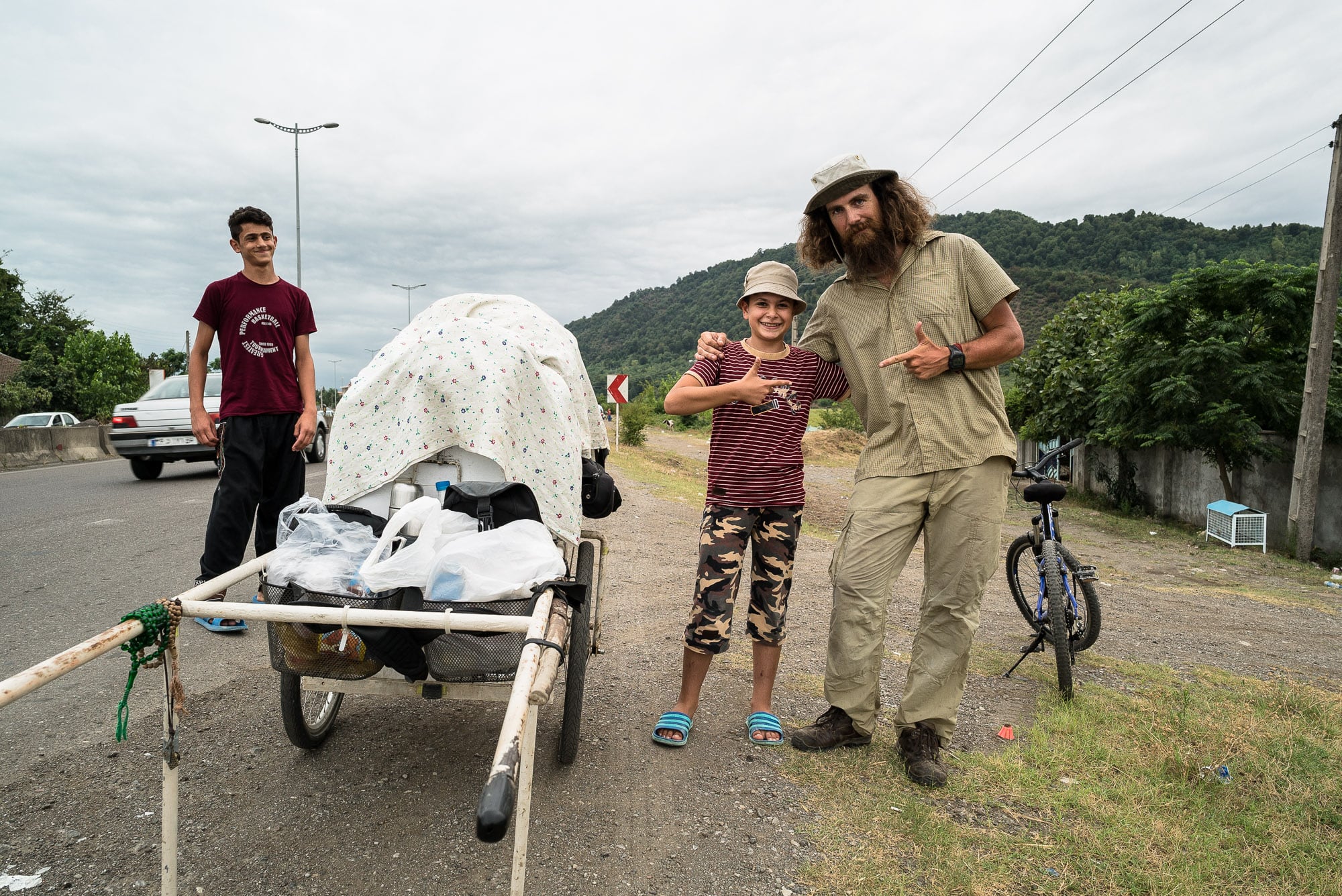 In the span of just one day, I thought, Iran has thus shown me one of its best sides and one of its worst. 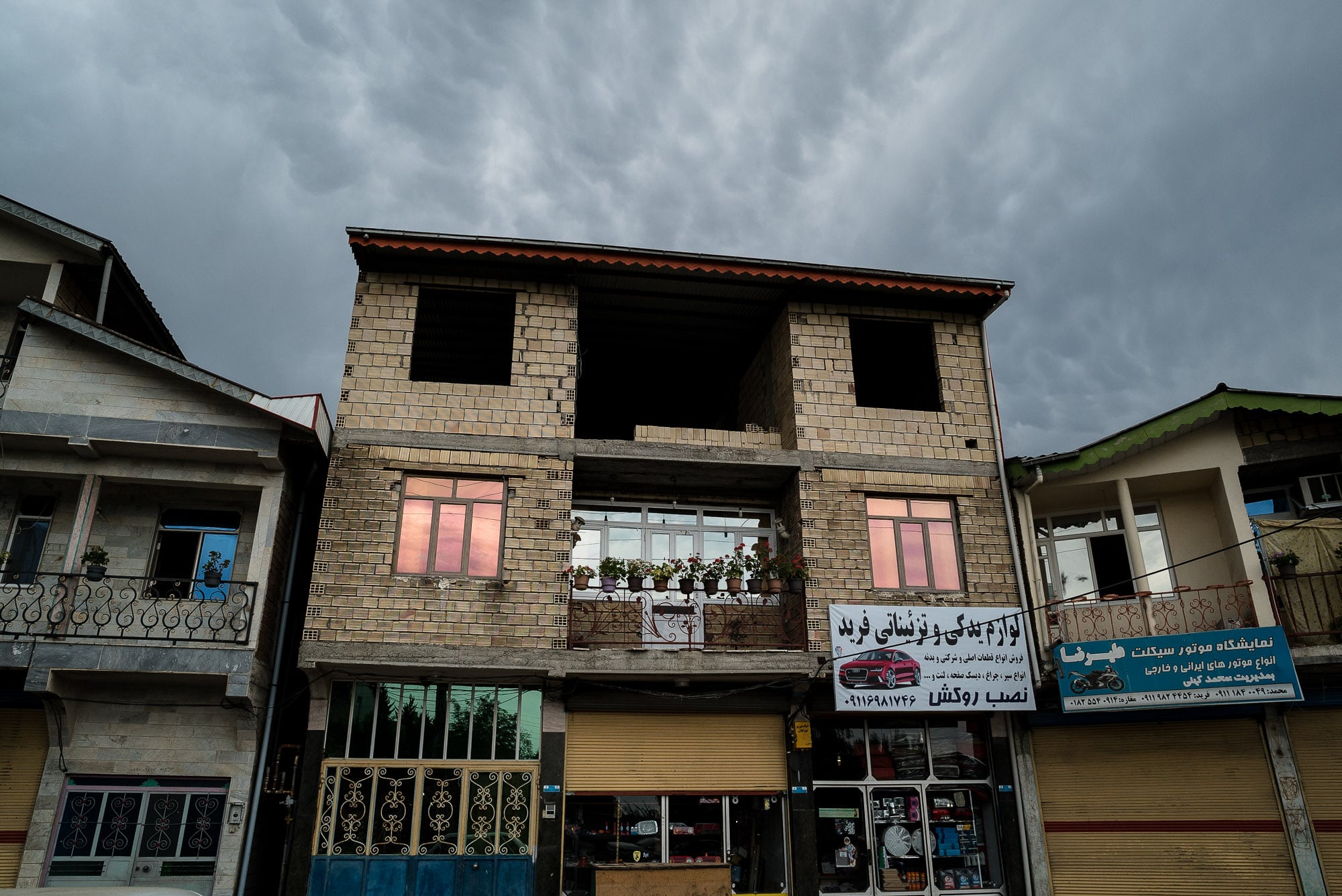 And then, when it was already dark, I arrived at a nice and big hotel: 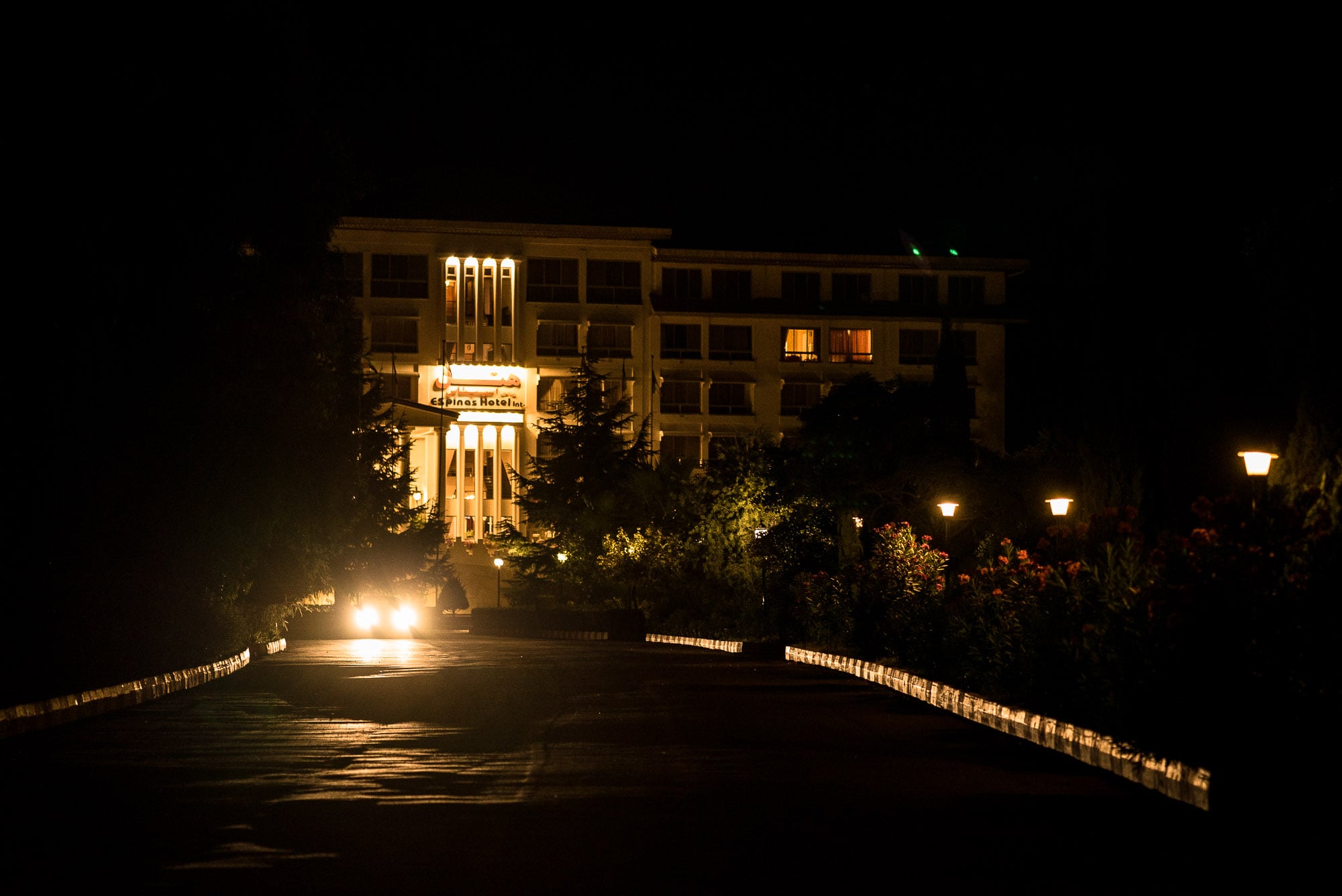 It was going to be my last night in the country.

If everything went as planned.

Day 1191
from Nosratabadi to Abas Abad