There was a shrine right next to where I was staying: Imamzadeh Ebrahim. Word had it that he was a brother of Imam Reza, the gentleman to whom the huge shrine in Mashhad was dedicated.

I decided to go check it out.

It was a medium-sized shrine: 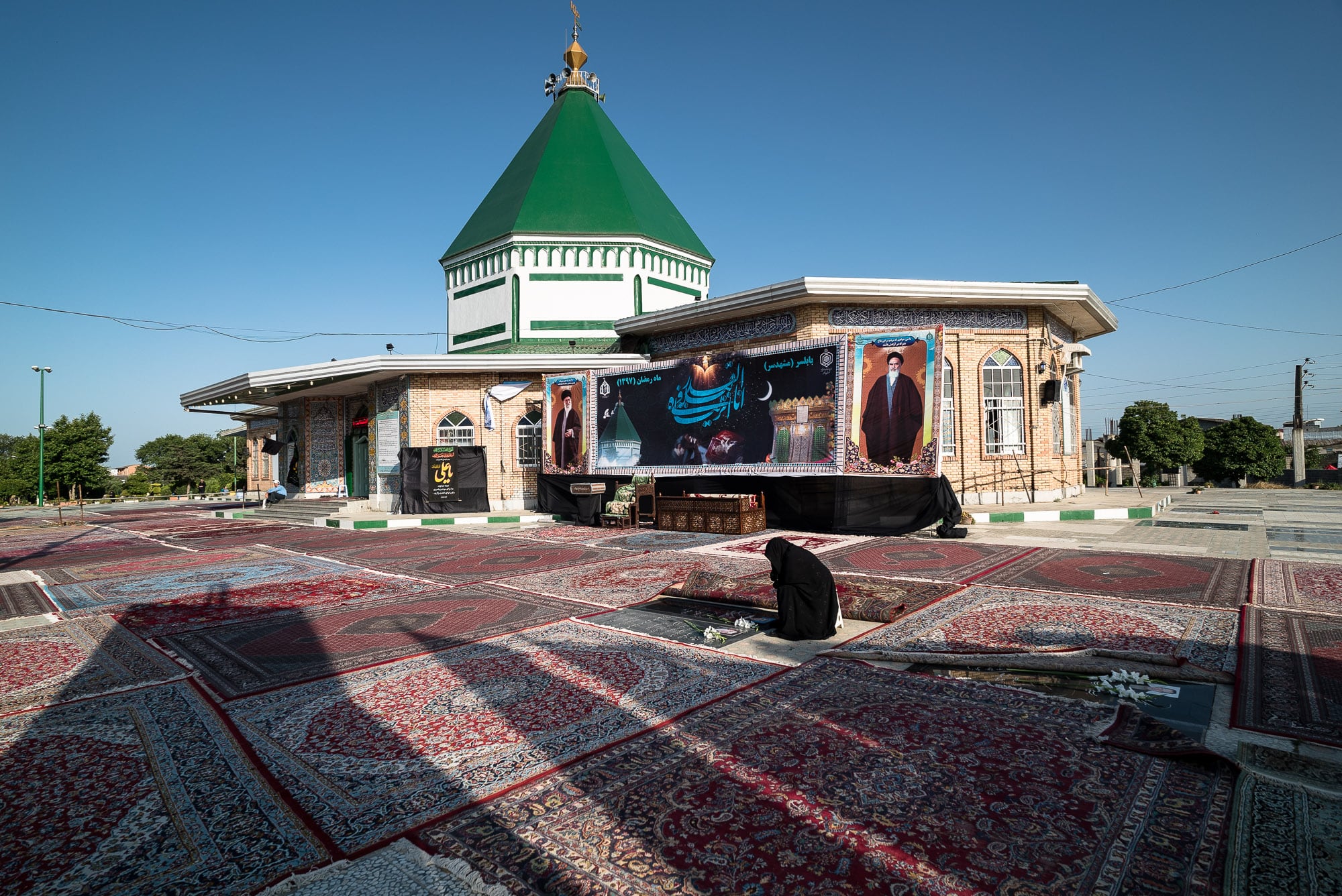 Behind it (in fact, all around it) was a graveyard: 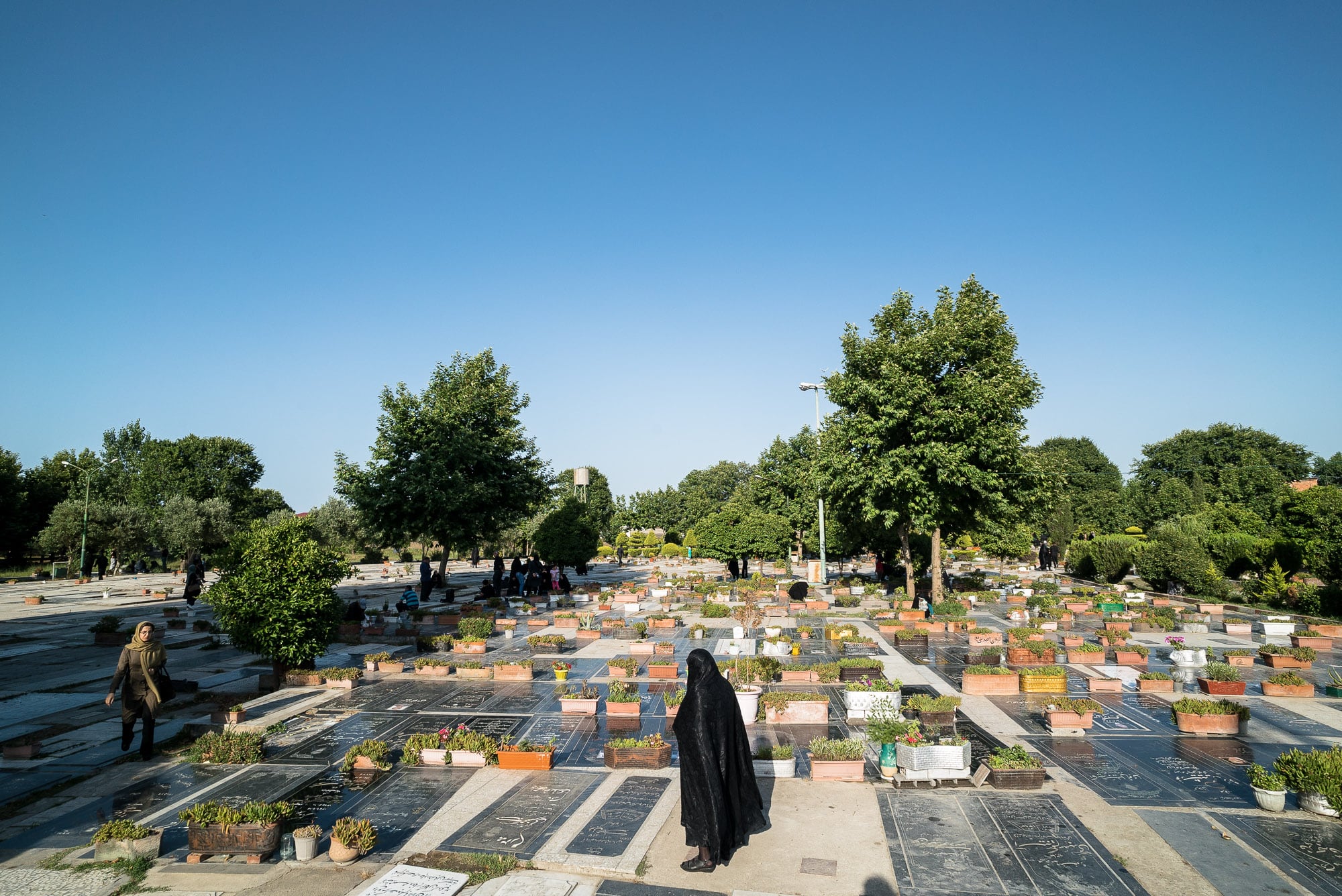 And people had come to wash the graves or lay flowers upon them: 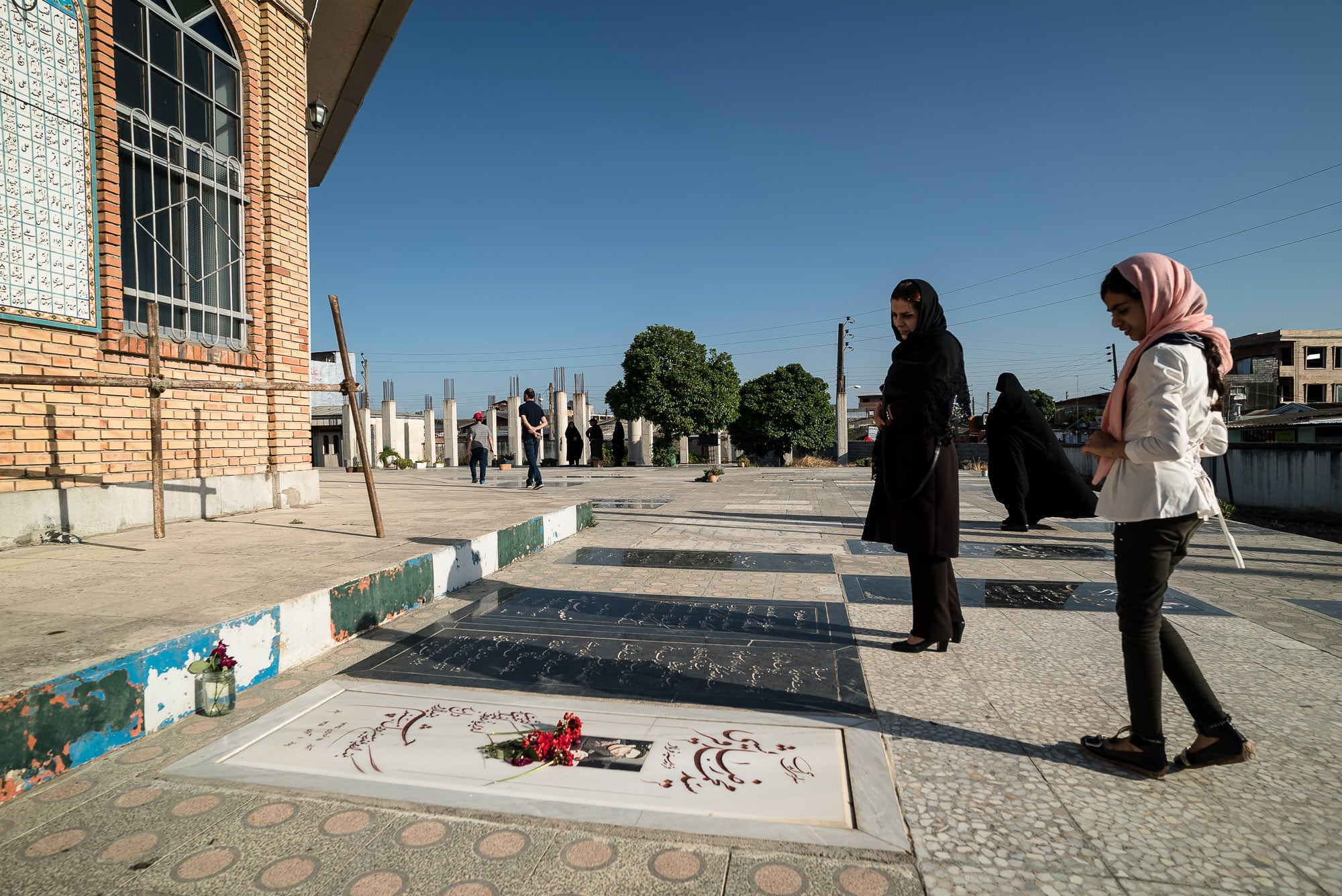 There were some soldiers’ graves as well, and all around them, there were Iranian flags: 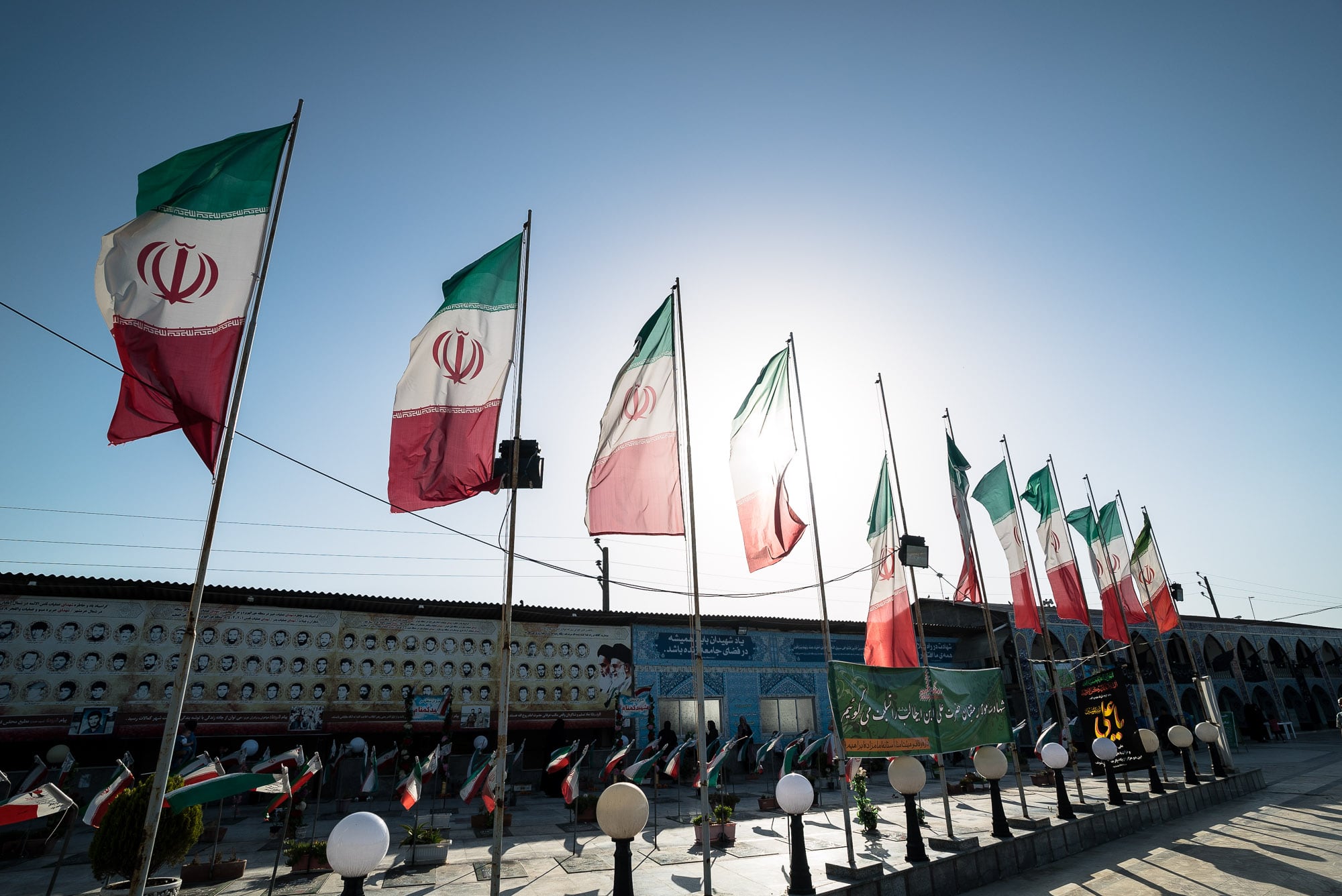 The shrine itself was very nice: 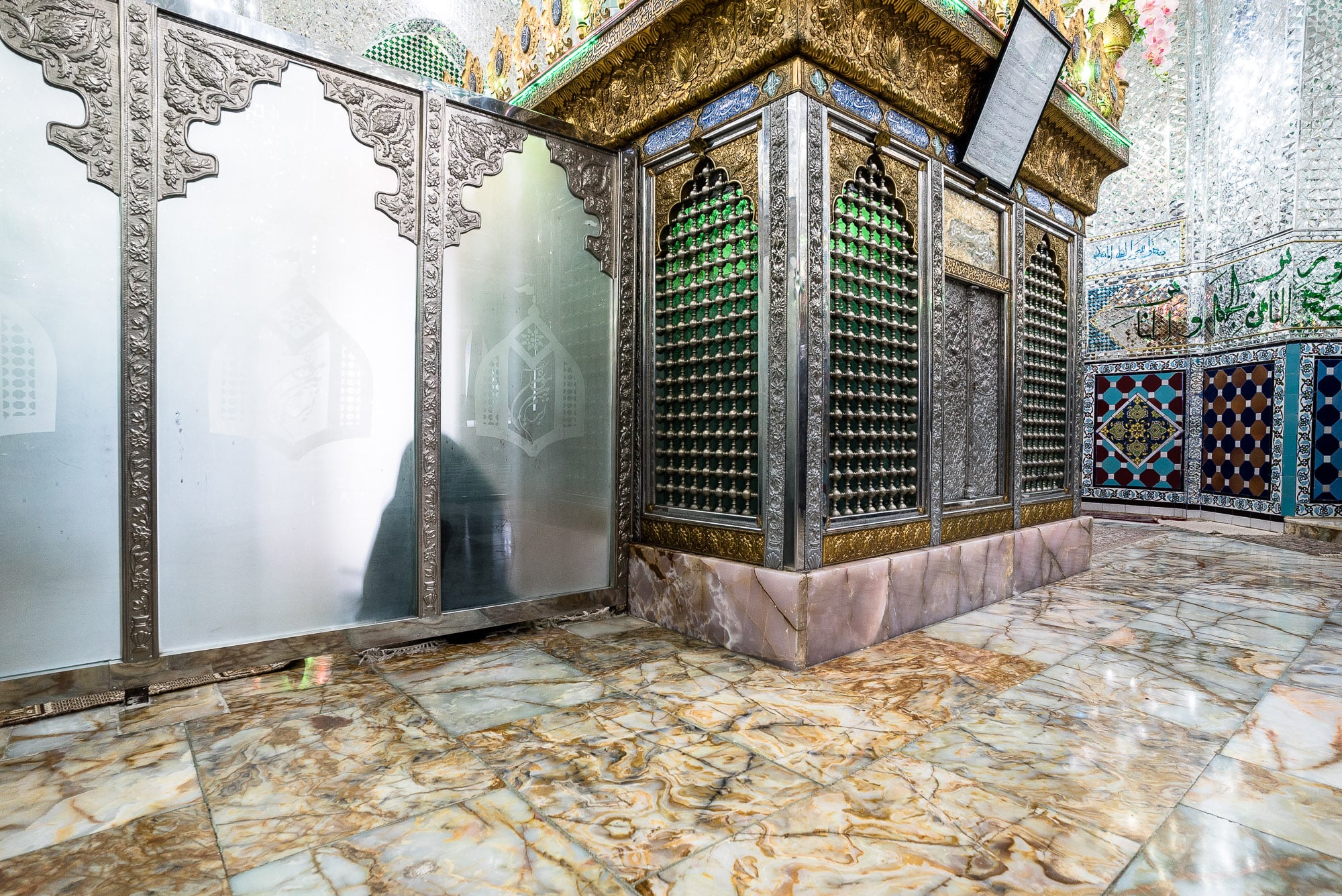 It reminded me of a little shrine I had seen two months earlier, near the city of Quchan.

I hung out in the attached mosque for a while. One thing that I really like about mosques is that they have carpet, that people take off their shoes when they come in, and that they often have a sort of living-room atmosphere to them.

As if you could sit down near a wall and play video games anytime. Or just go to sleep: 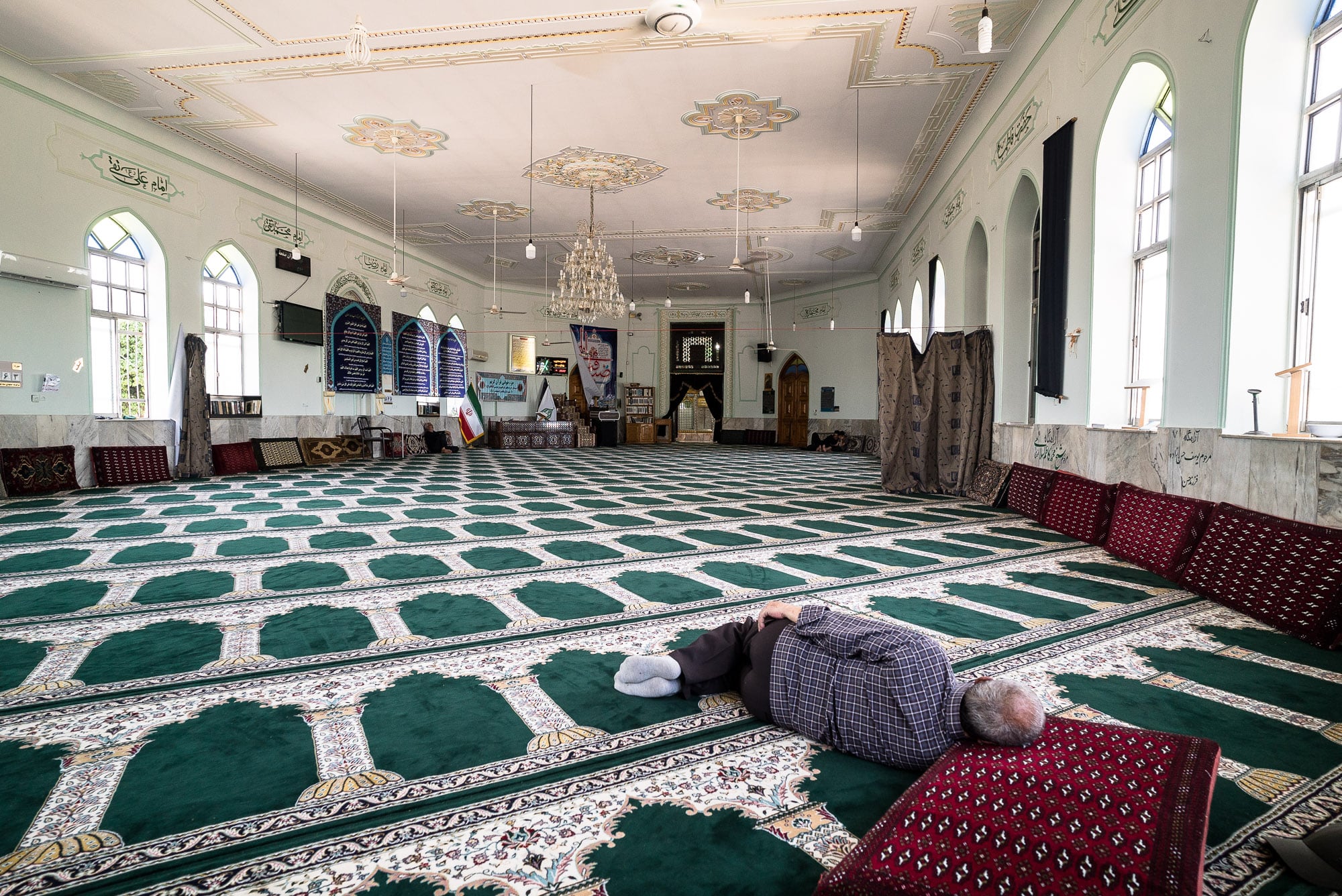 What I don’t like about mosques, however, is that they often (in Iran: always) separate women and men. And women have to cover themselves even more than outside on the street, while men don’t seem to have many clothing restrictions in mosques.

But people tend to think pragmatically. You could apparently borrow things to cover yourself at the entrance of the shrine: 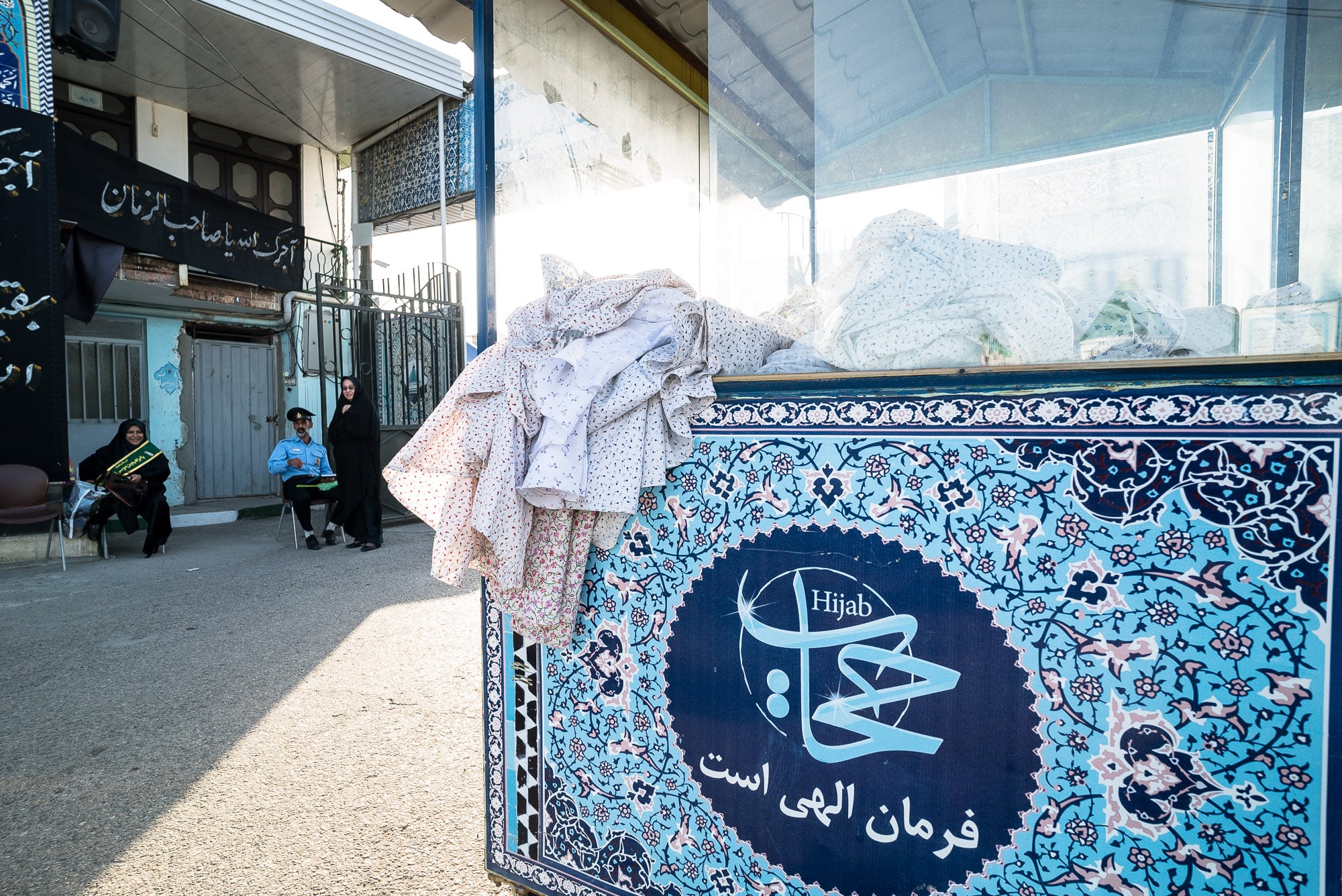 And if you needed a new chador, there was a shop right across the street: 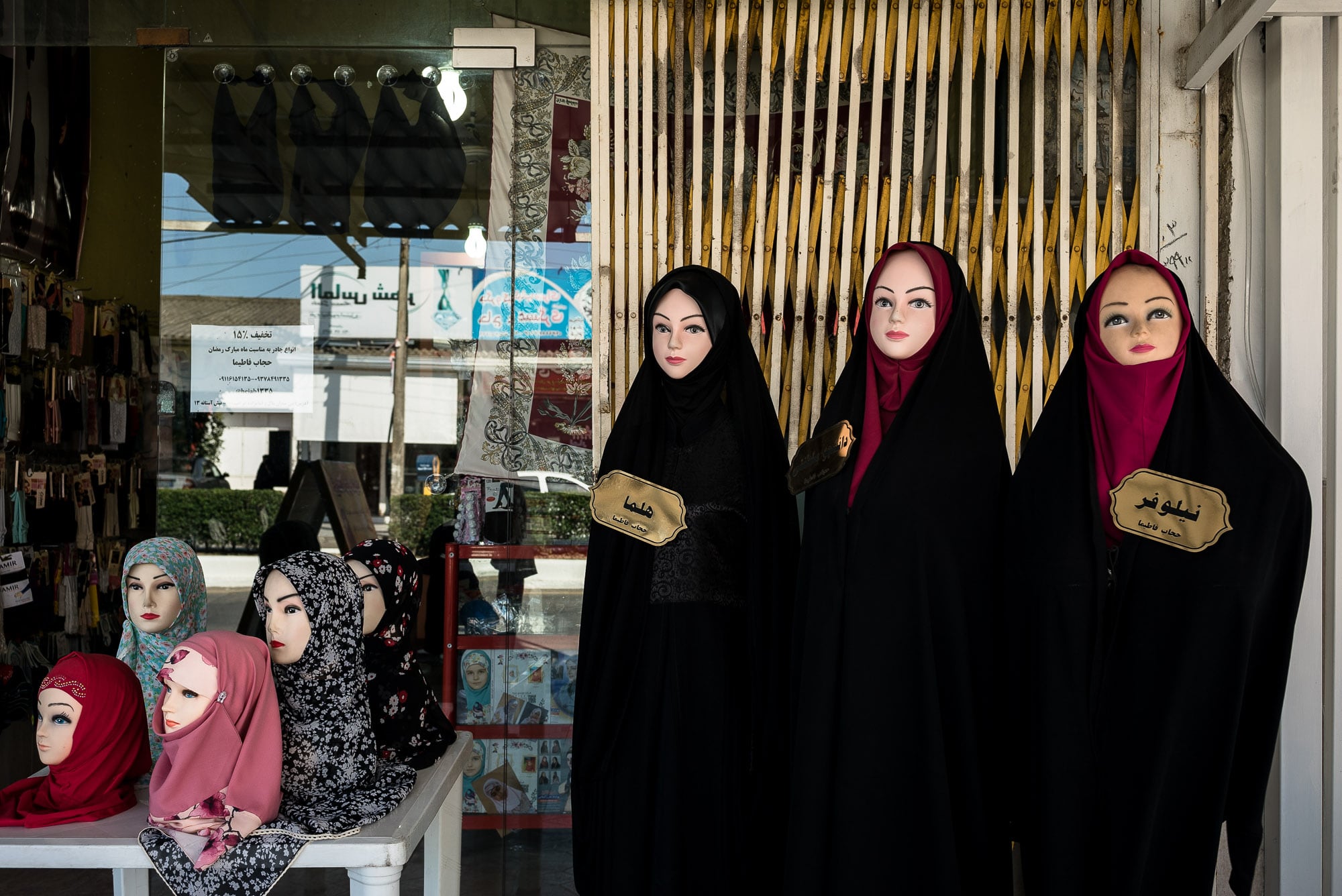 I photographed the owner with his products and it looked a bit like Charlie’s Angels to me: 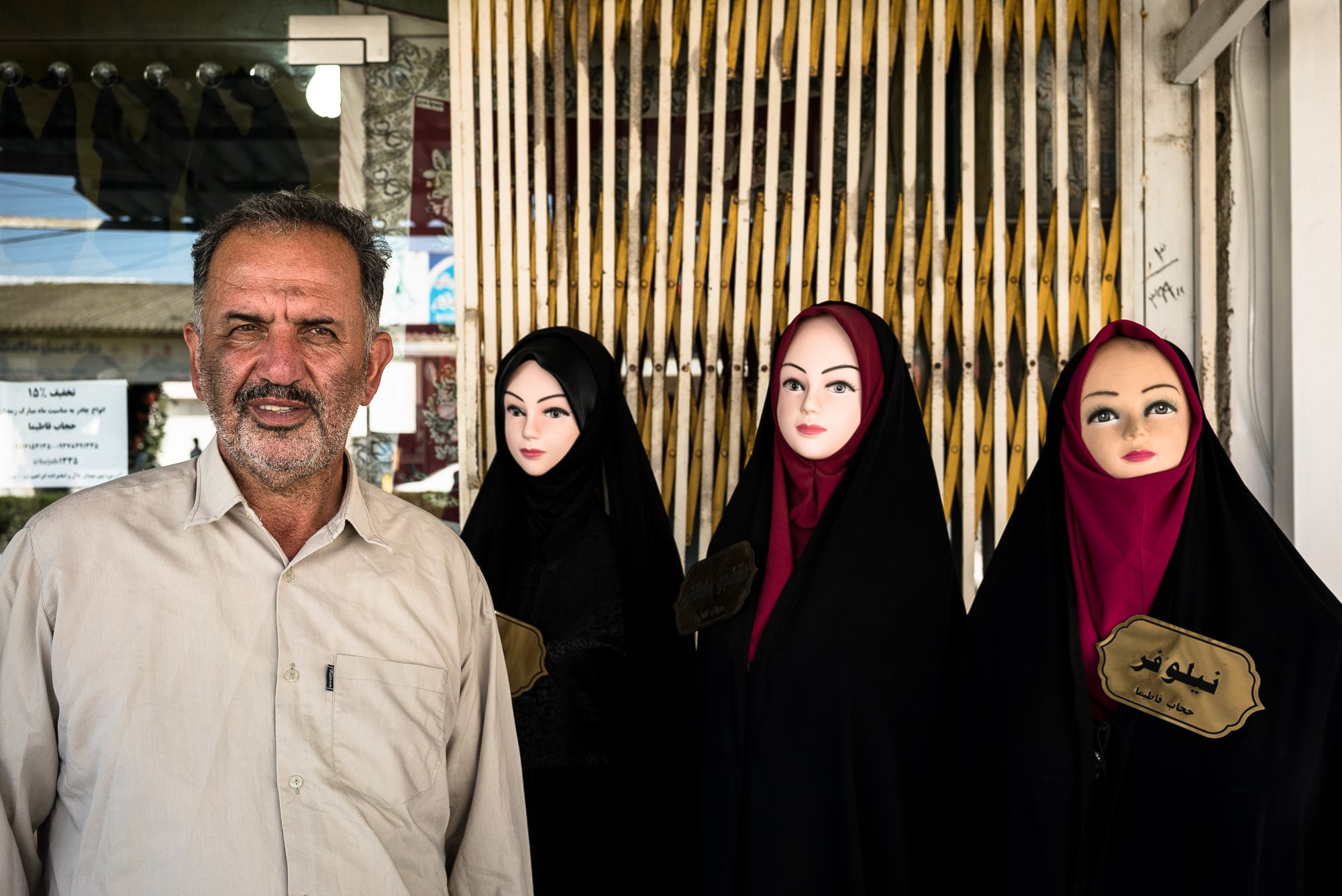 Later that night, I touched the Caspian Sea for the first time: 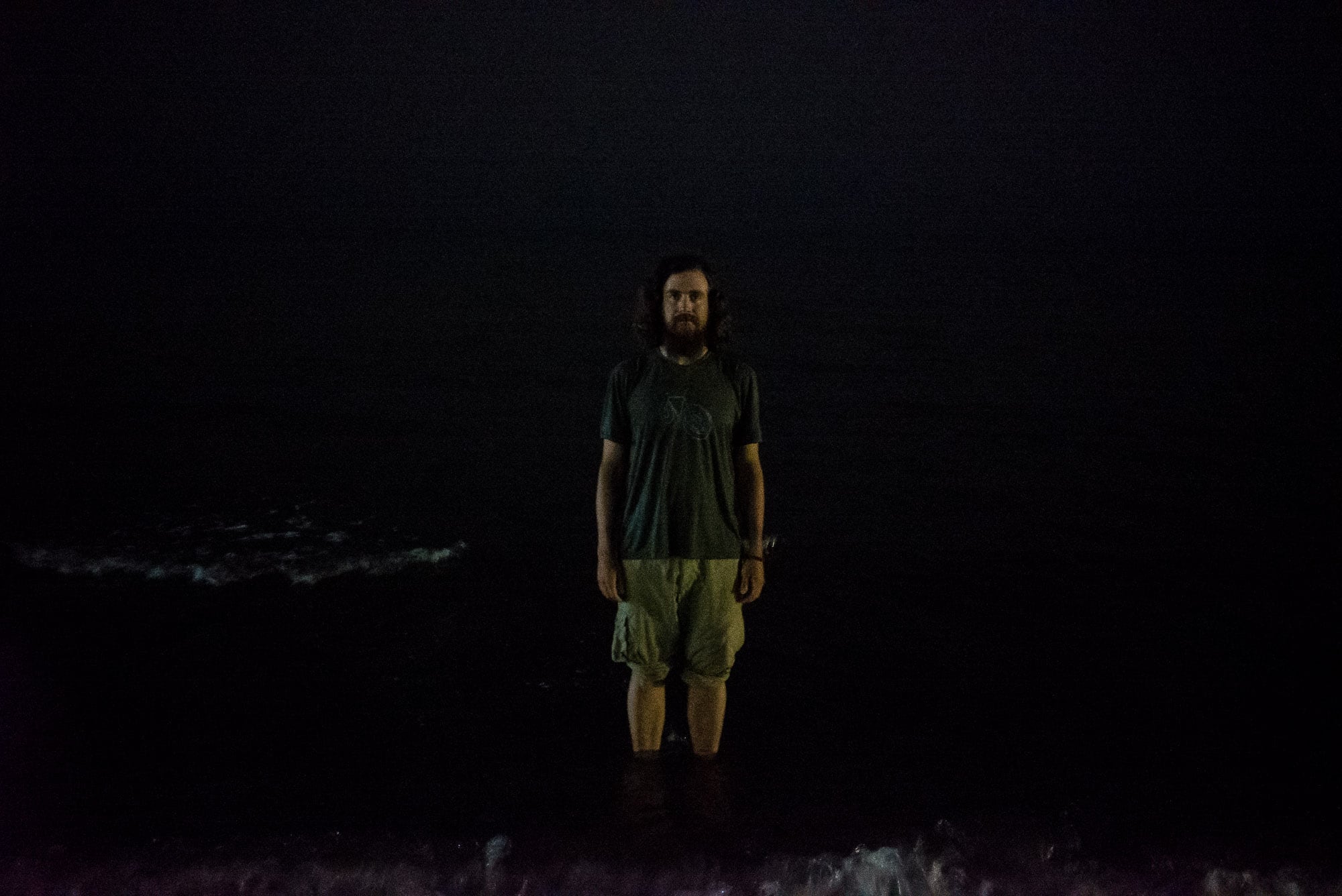 I stood in it for a few minutes.