We went to this little mausoleum called Gonbad Sabz first: 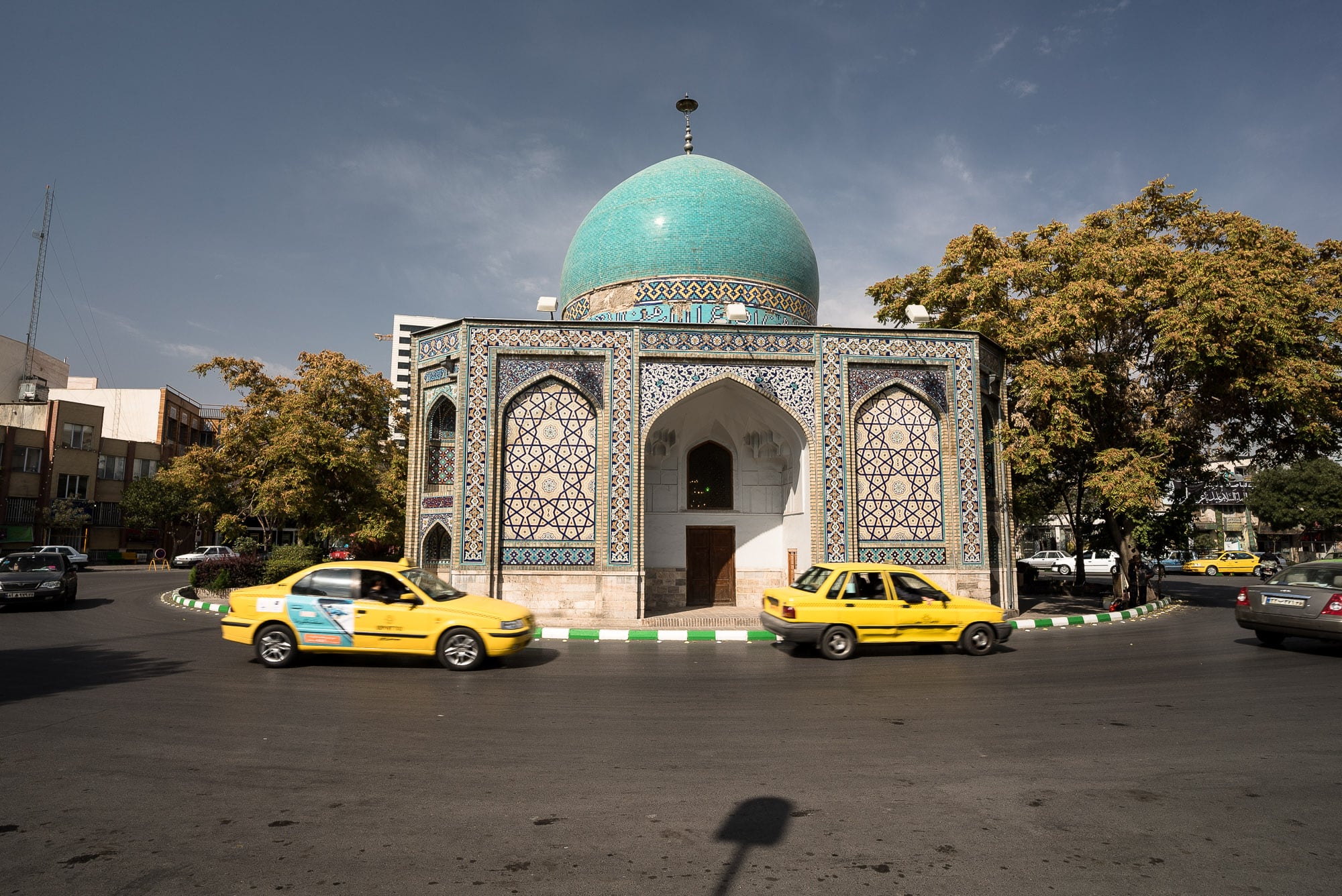 It was quite nice: 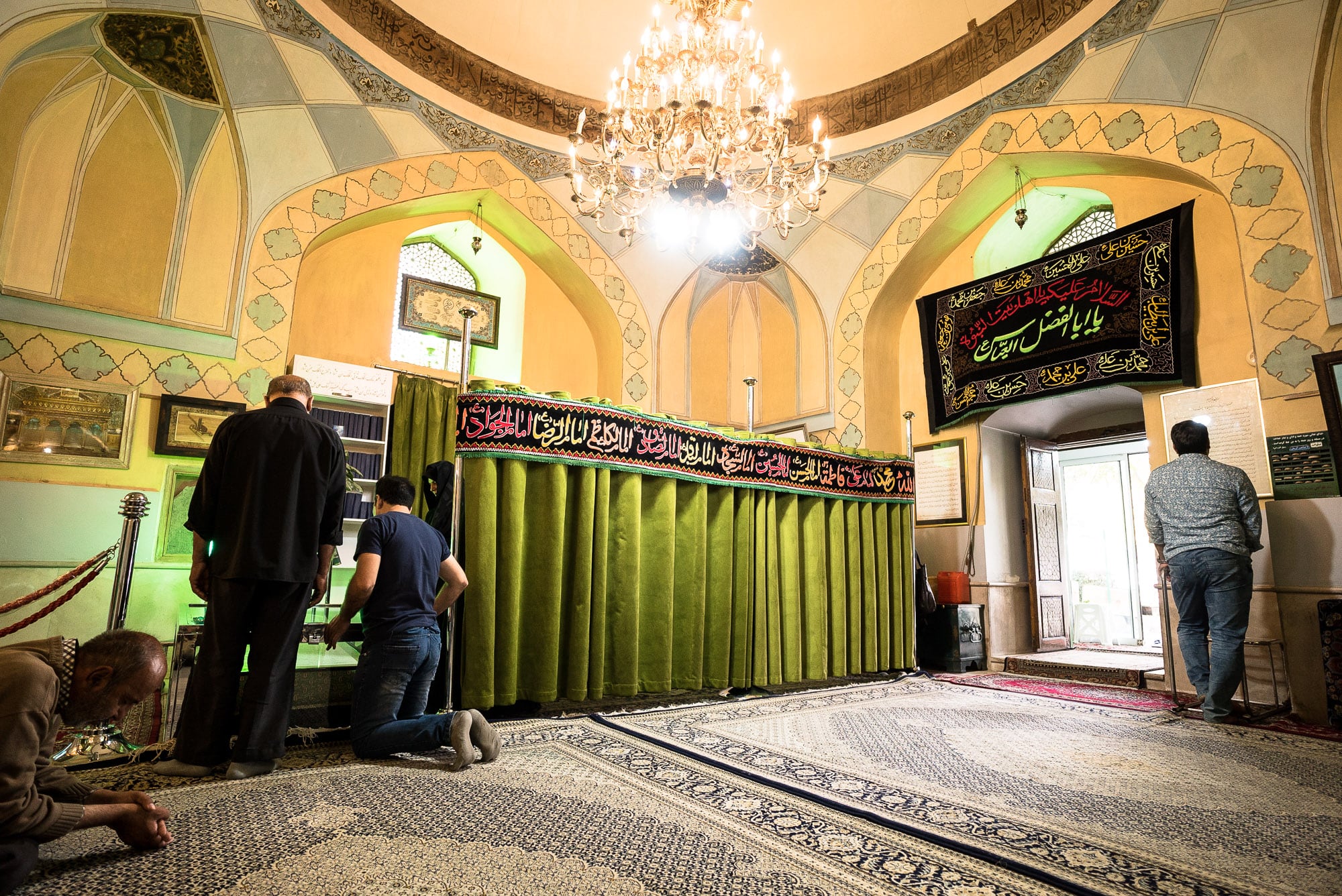 I made a wish in the mausoleum: 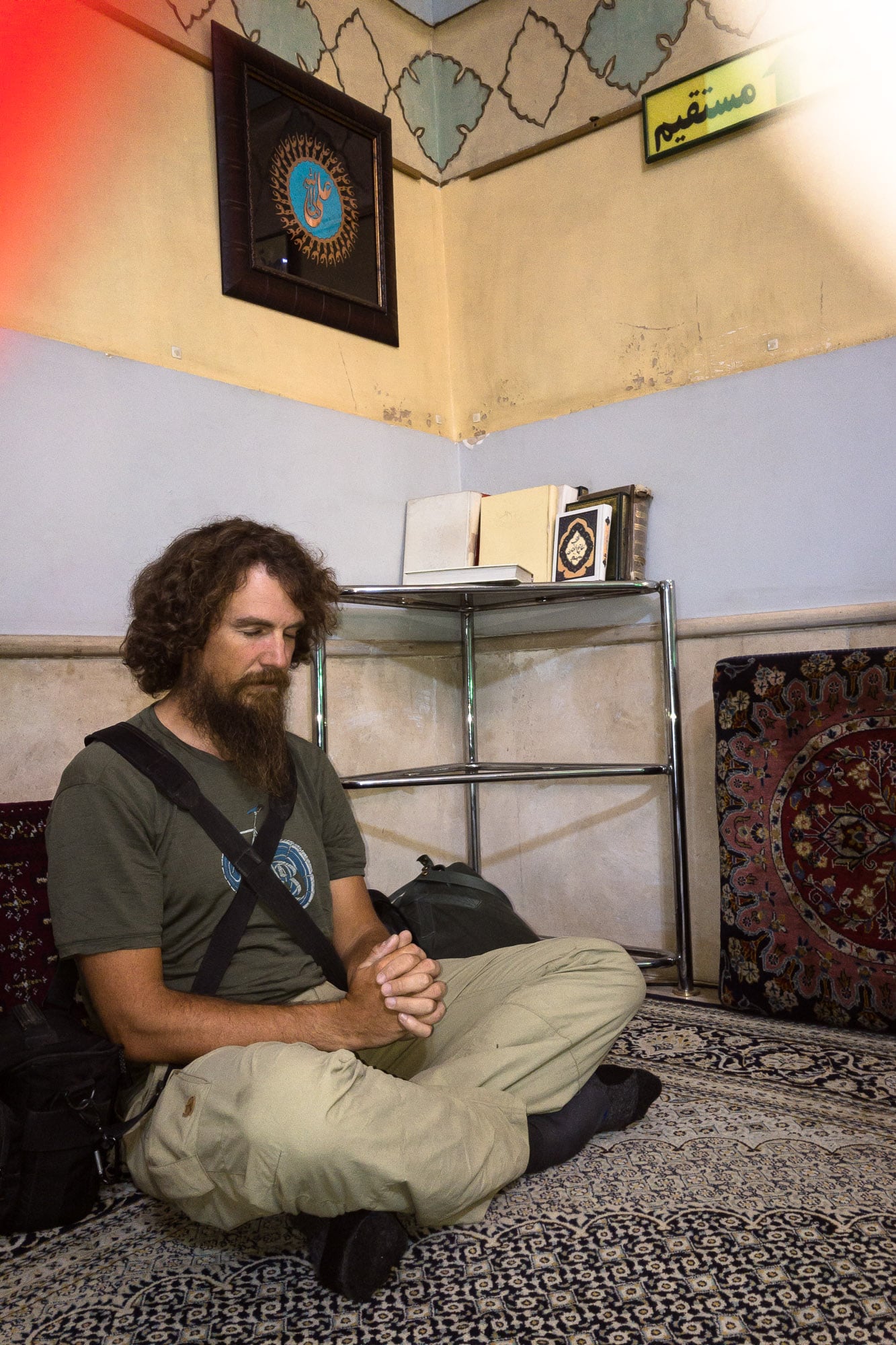 Apparently you’re supposed to keep your wish to yourself, so please just know that if this wish were to come true, it would be very good for you and me and everyone else in the entire world.

The caretaker of the mausoleum gave us tea before we left: 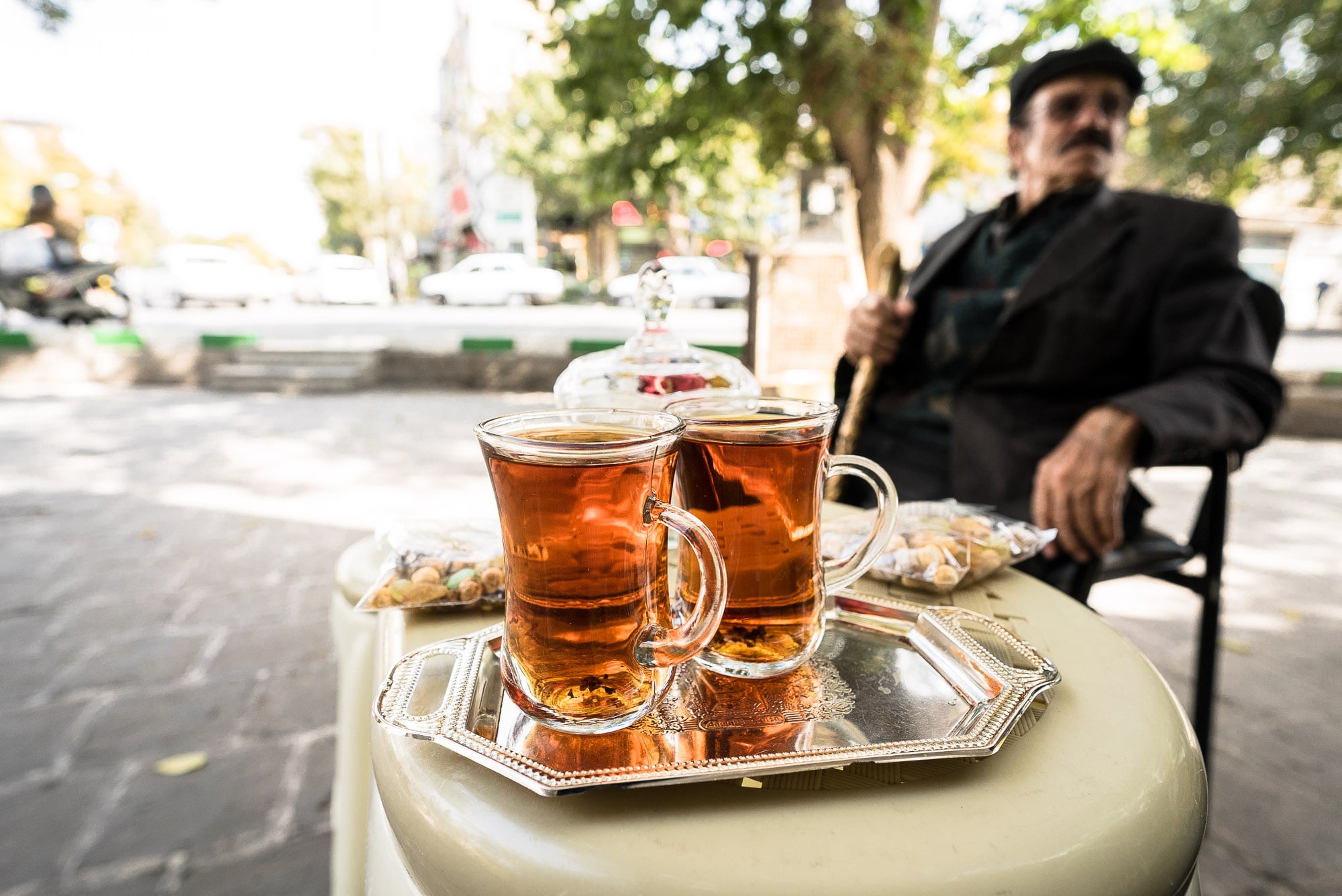 We walked east, past painted walls: 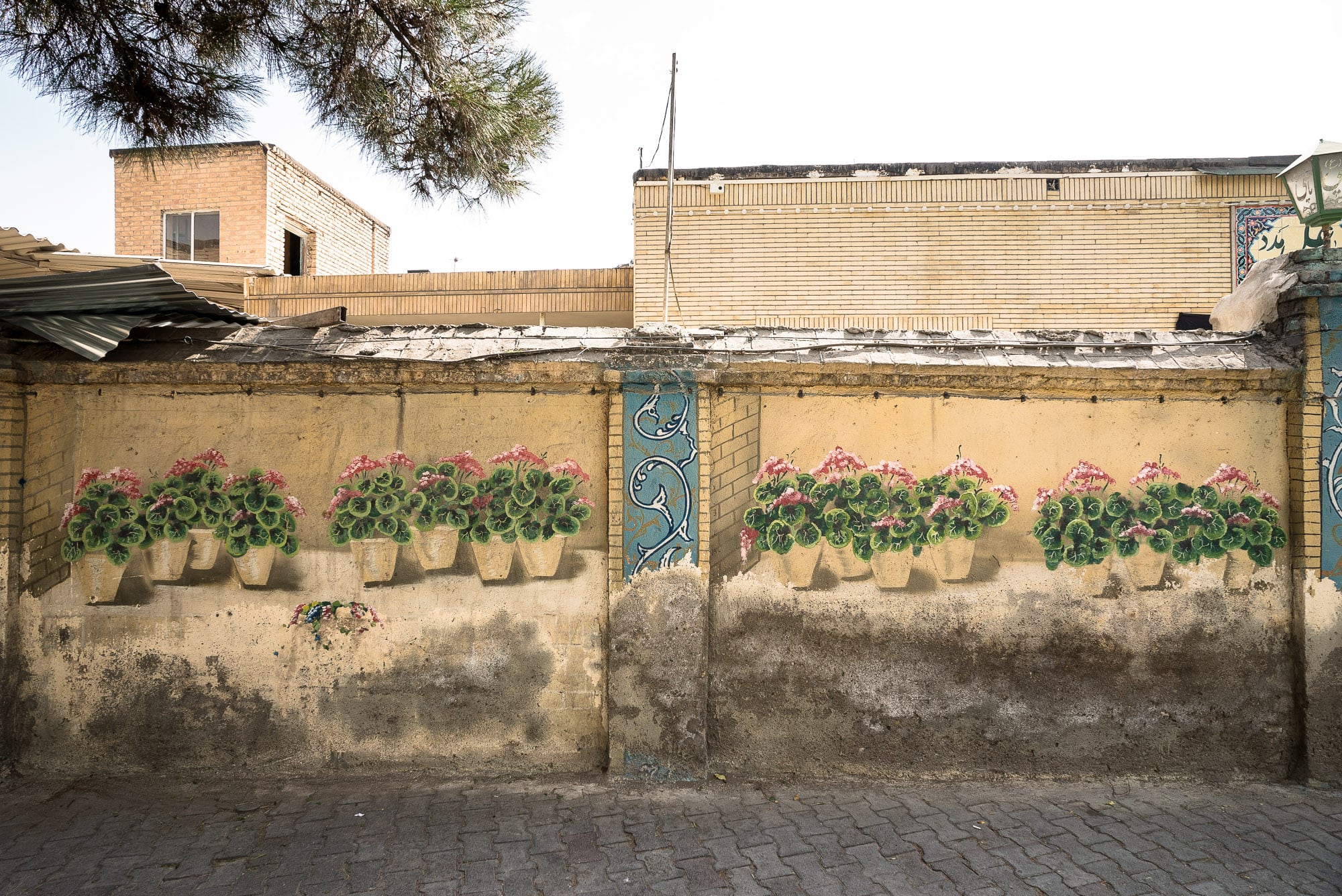 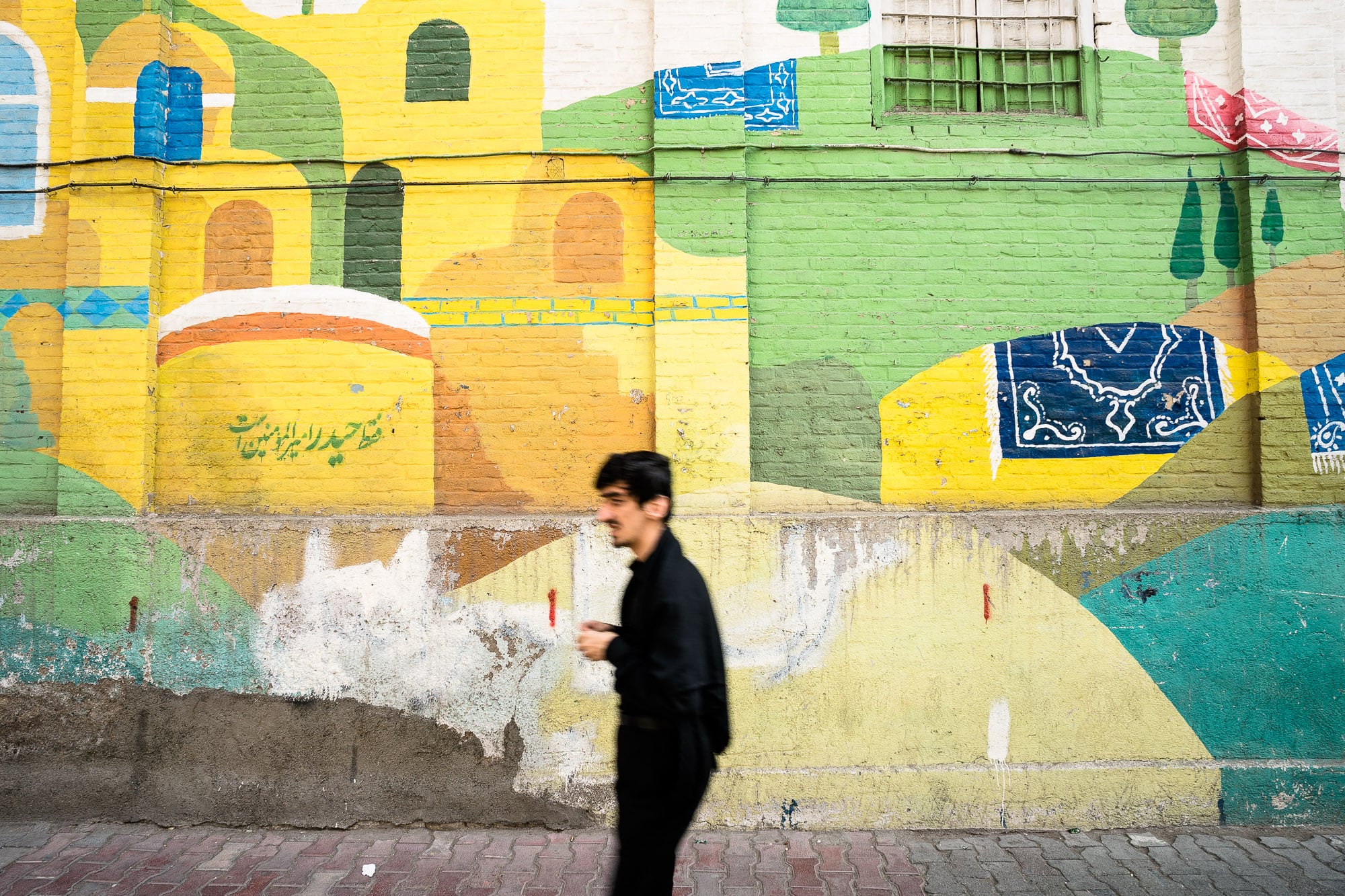 There were still banners everywhere: 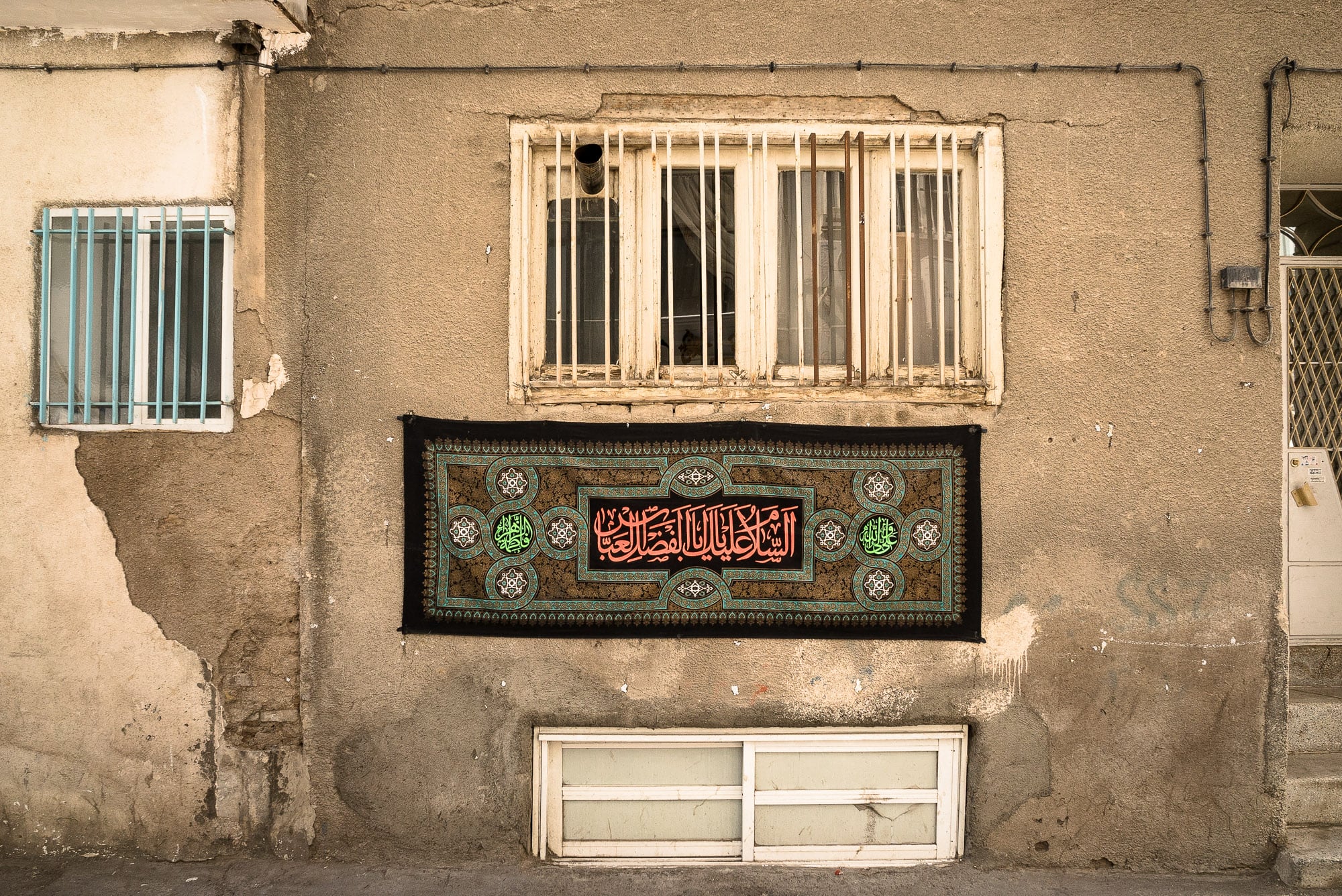 When we arrived at the Shrine of Imam Reza, the eighth Imam in the Shia, we were advised that cameras were not allowed inside. There was a storage place for that. Also, we were told that a guide was waiting for us, English-speaking and free of charge.

So we walked around with our guide, a friendly gentleman who volunteered at the Shrine two times a month. He showed us the large courtyards: 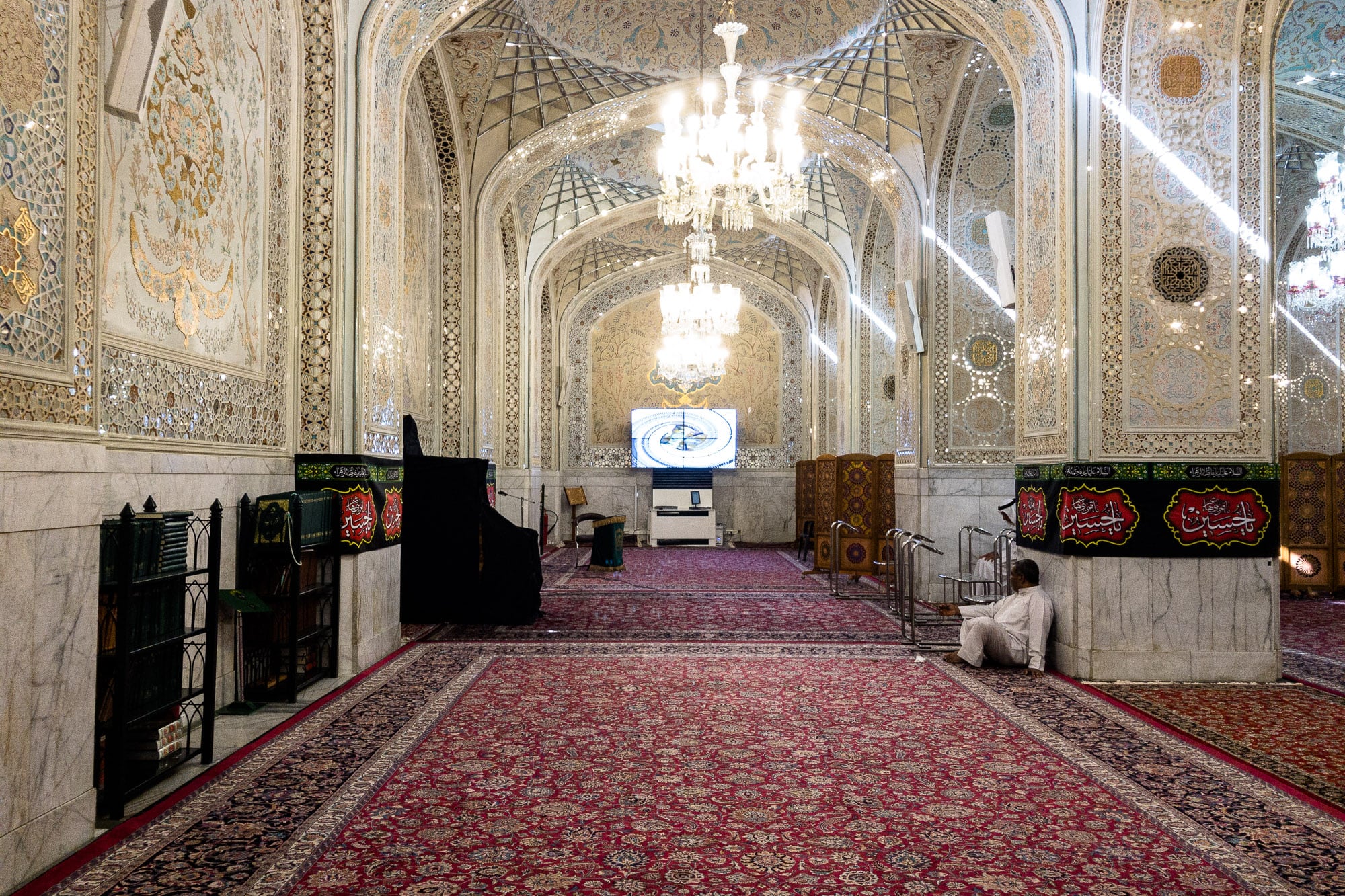 A passage that led to some underground recreational area: 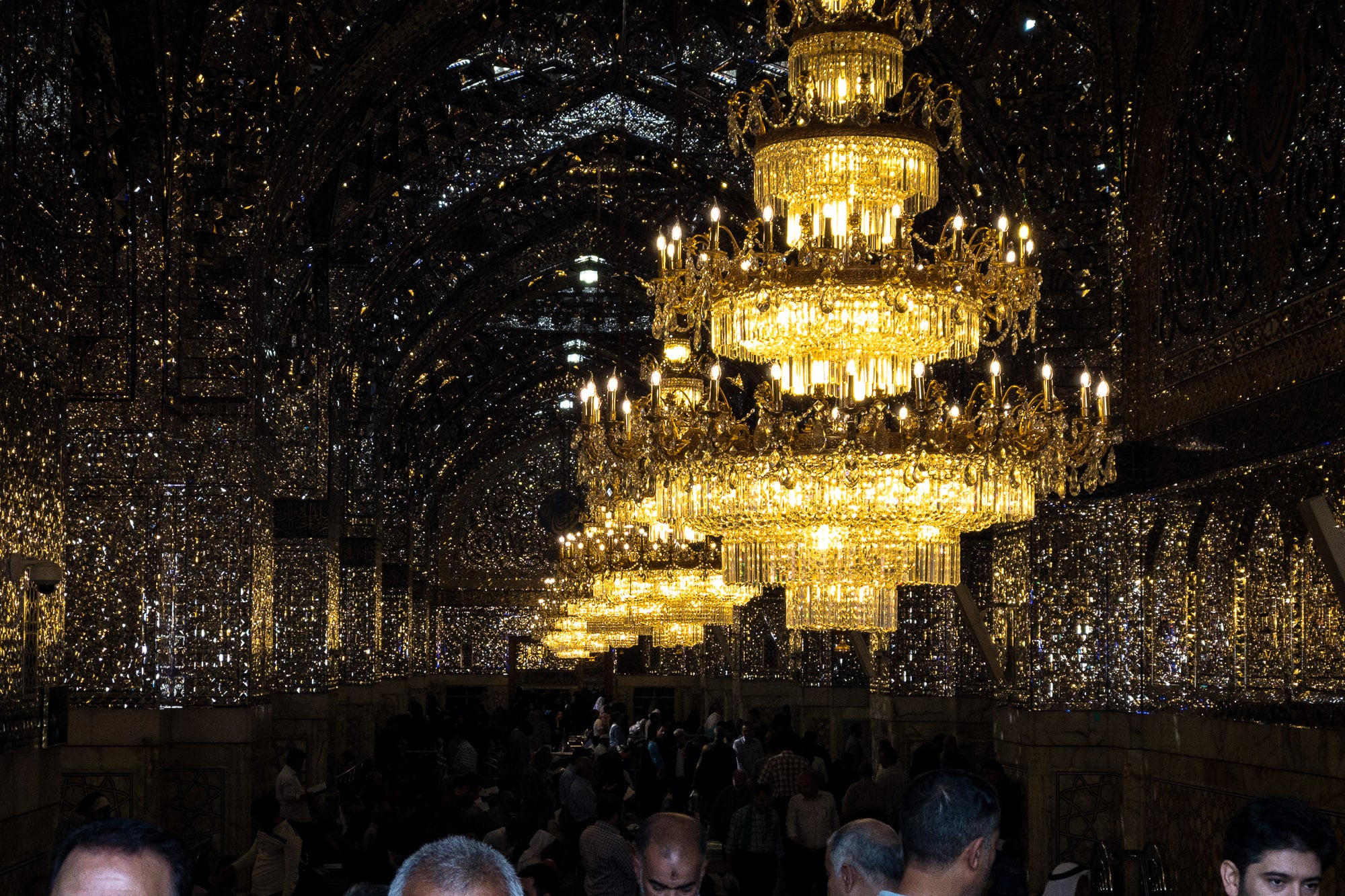 A golden window where people went to make wishes: 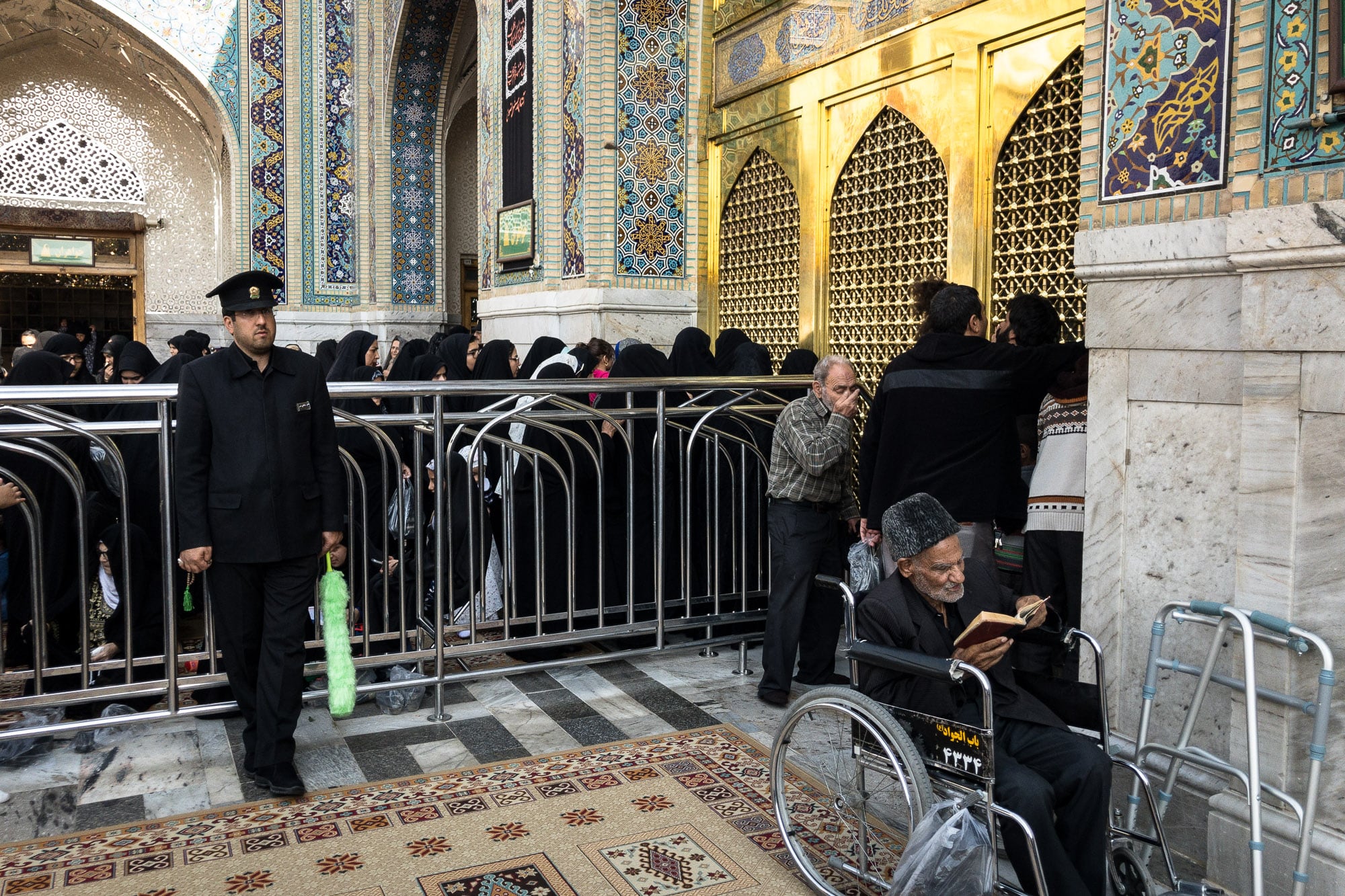 An area where funeral ceremonies were being held: 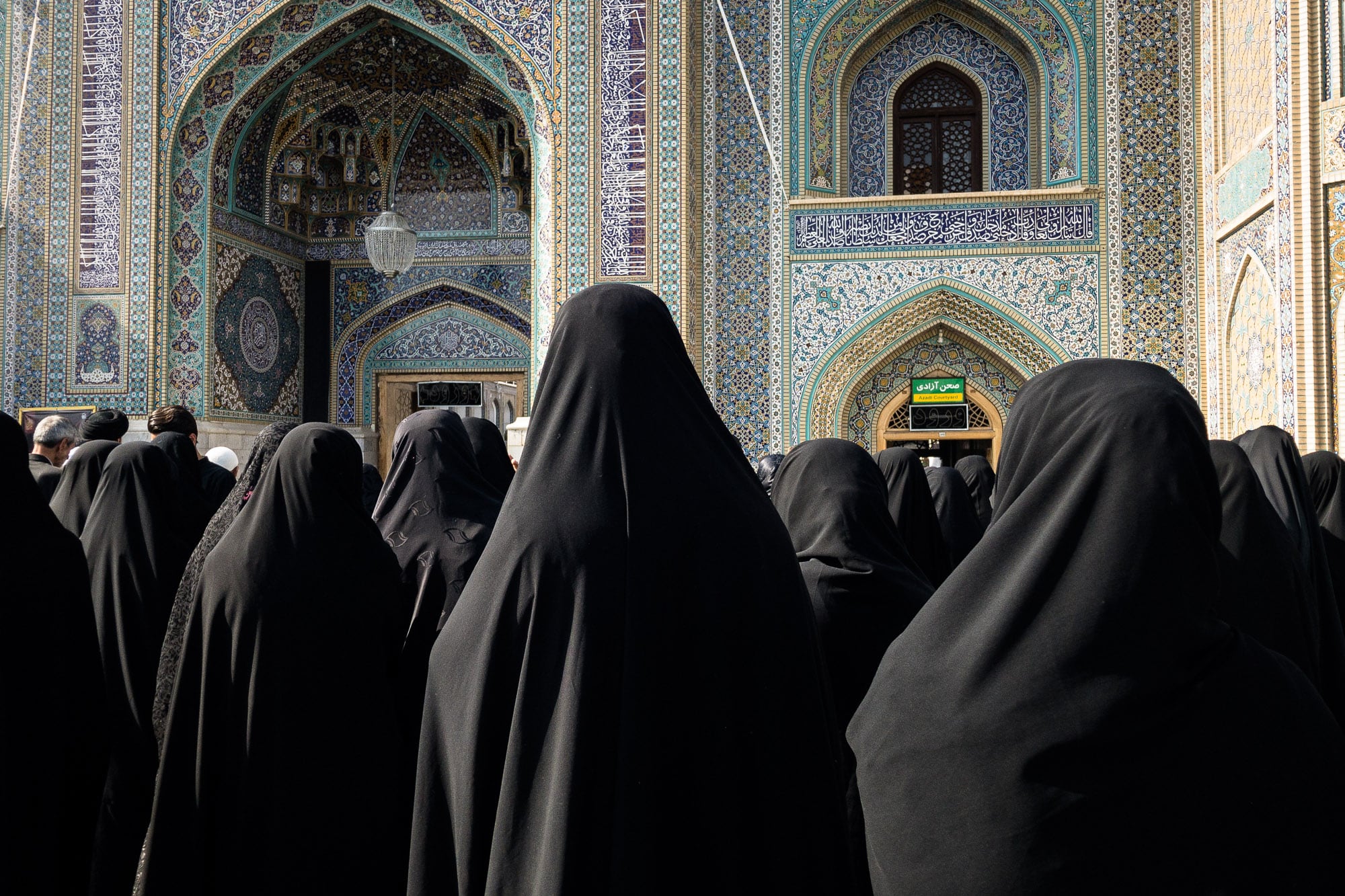 And a museum that had ancient wall-paintings: 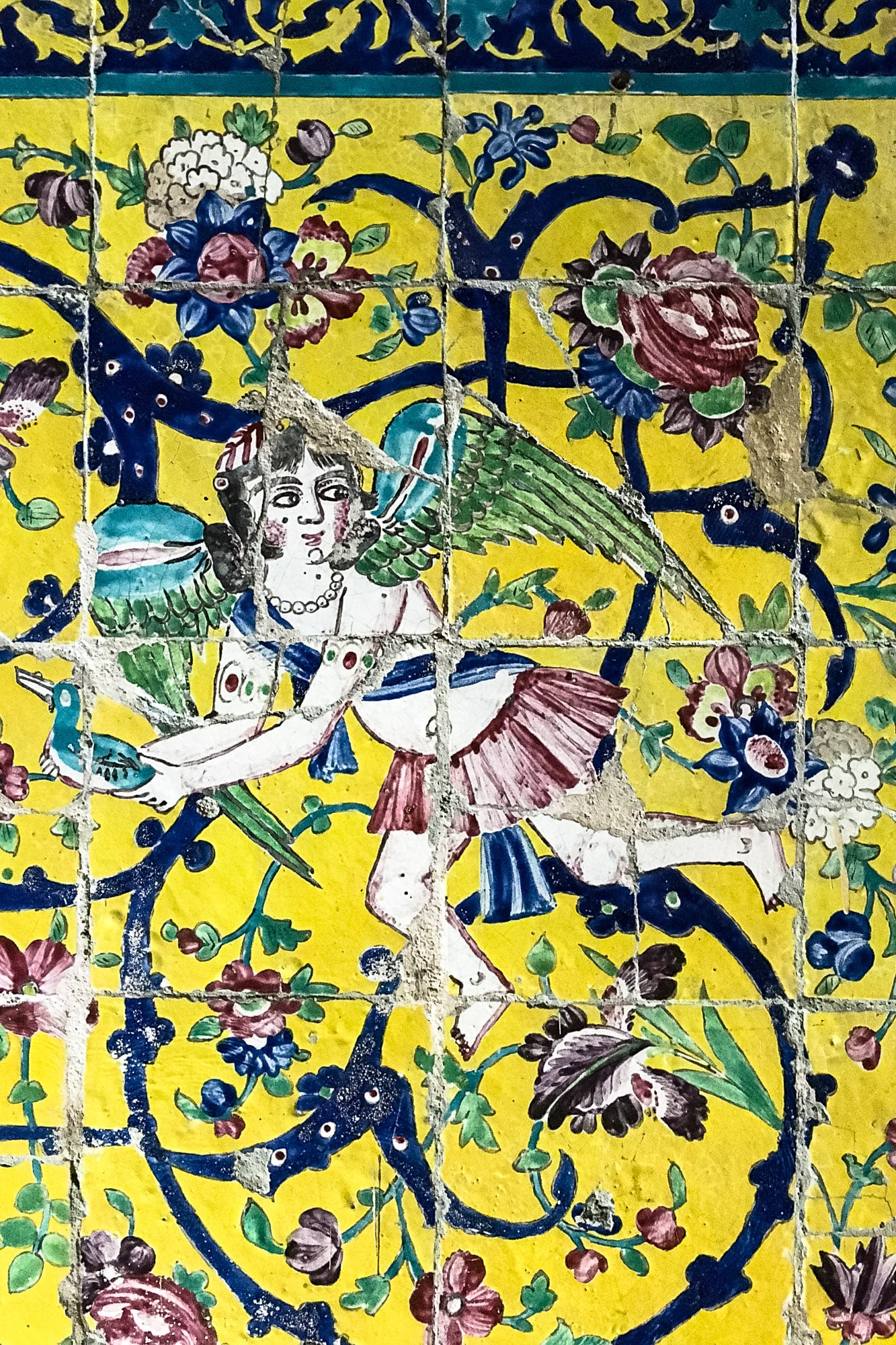 Much to my surprise, the museum housed the original shrine of Imam Reza: 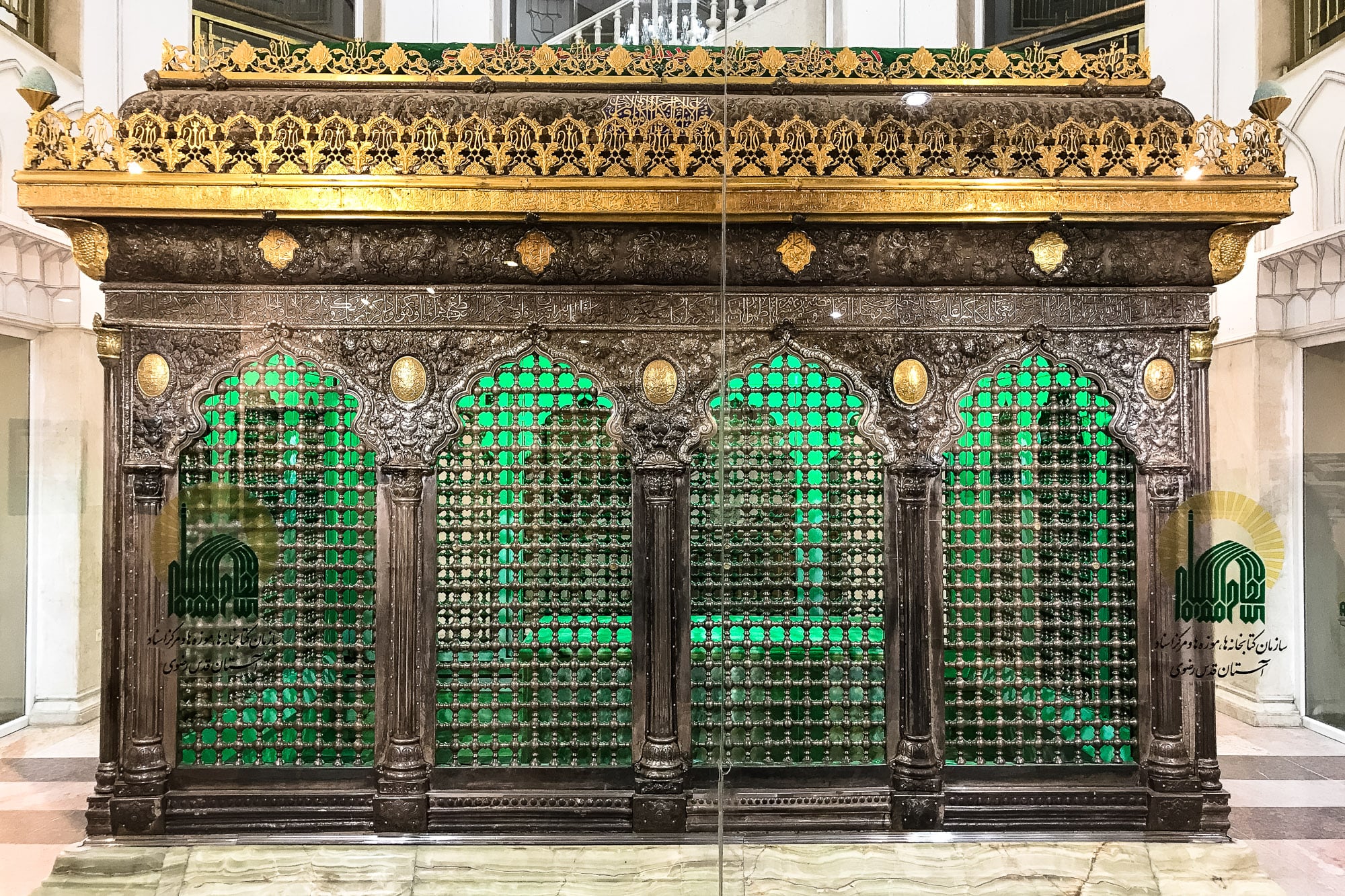 At some point several decades ago, the organization in charge of the whole complex had apparently decided that a shrine made of gold was better than the original one. And so they had made it new. And put the old one here.

We walked around a little bit more: 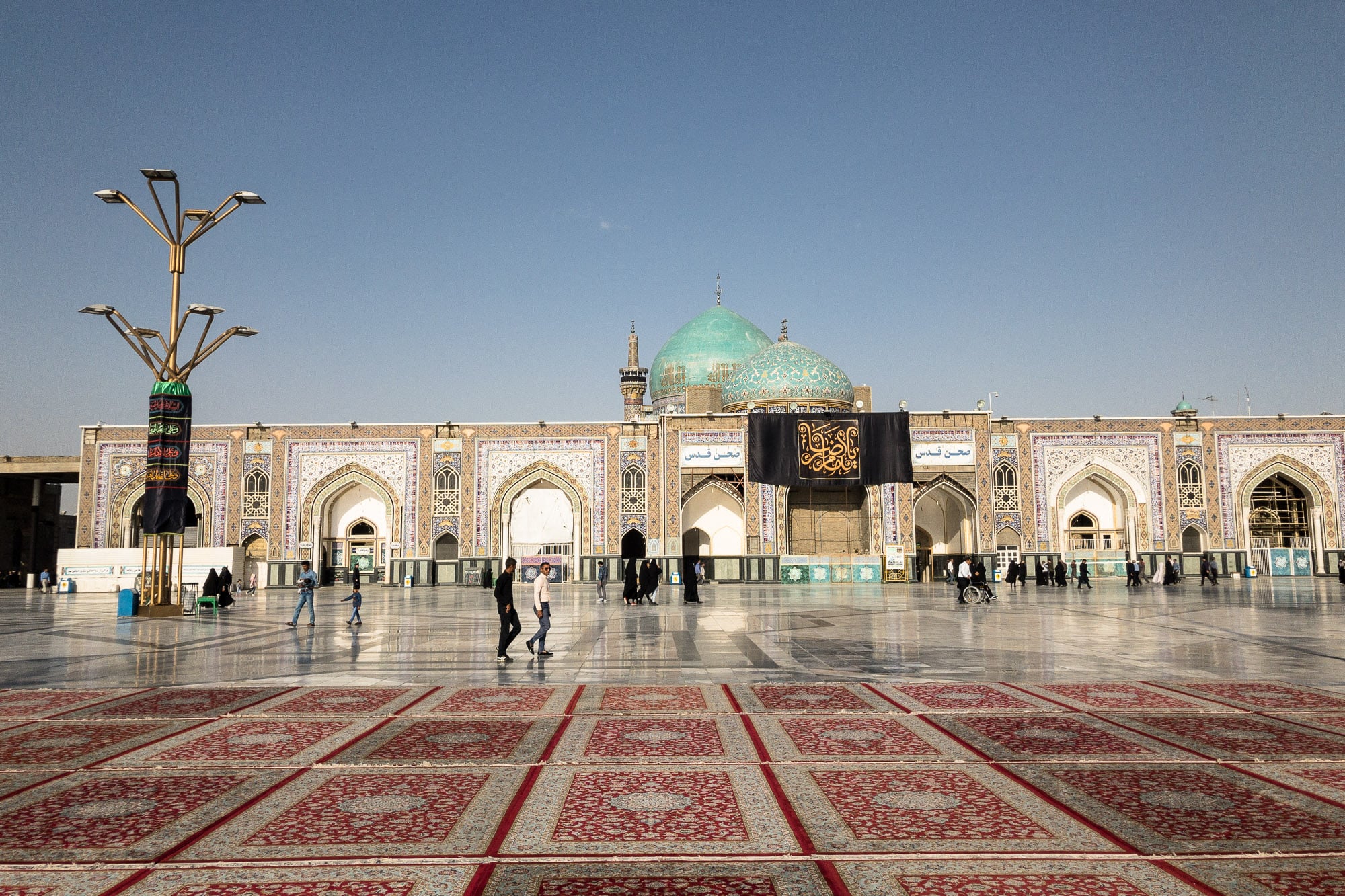 But there was one part of the complex where I could not go. It was beyond this point: 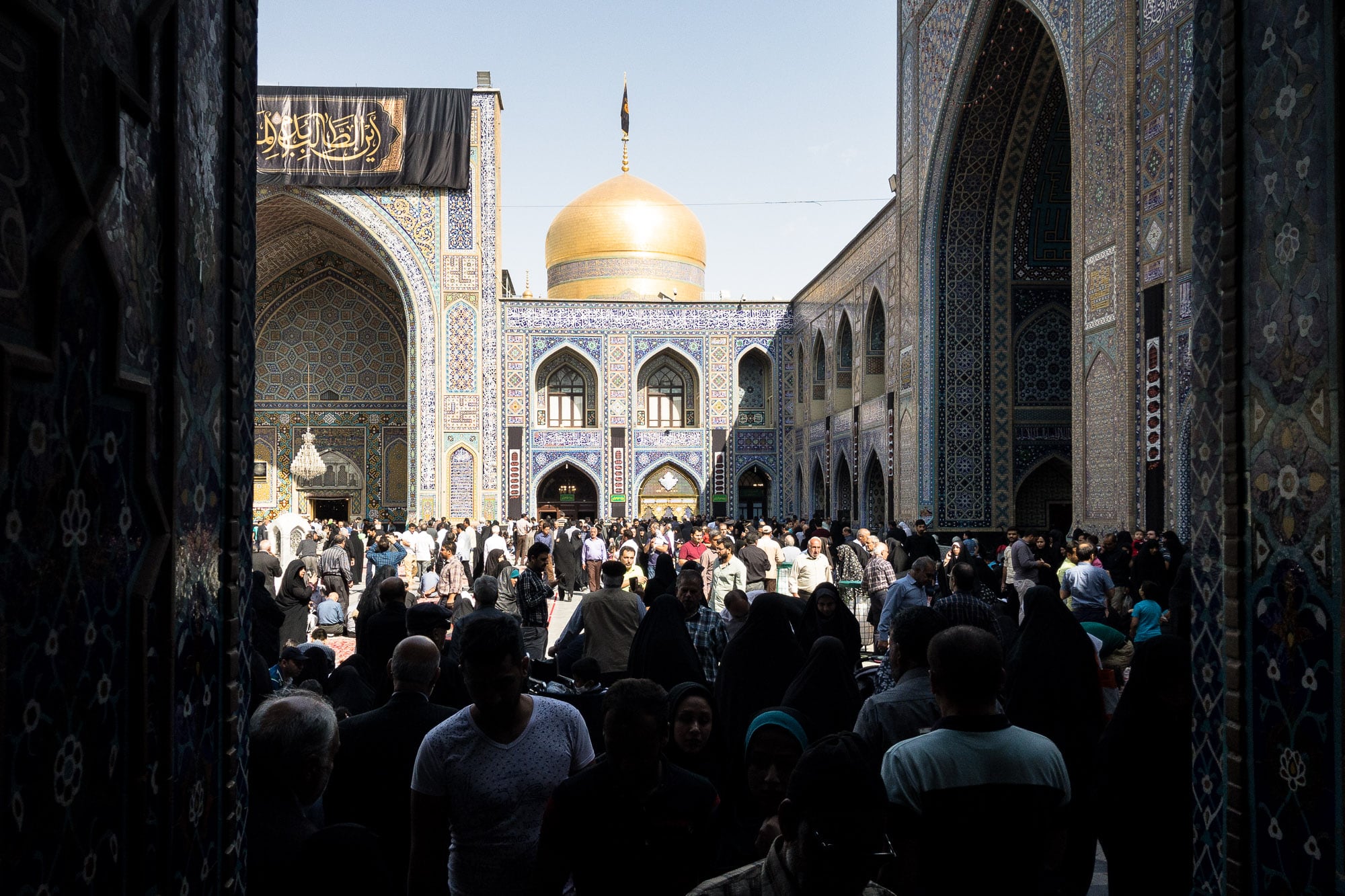 I was not Muslim, therefore I was not allowed inside.

This hurt a little.

Then we went to the tomb of Nader Shah, one of the most successful Persian rulers (17th/18th centuries): 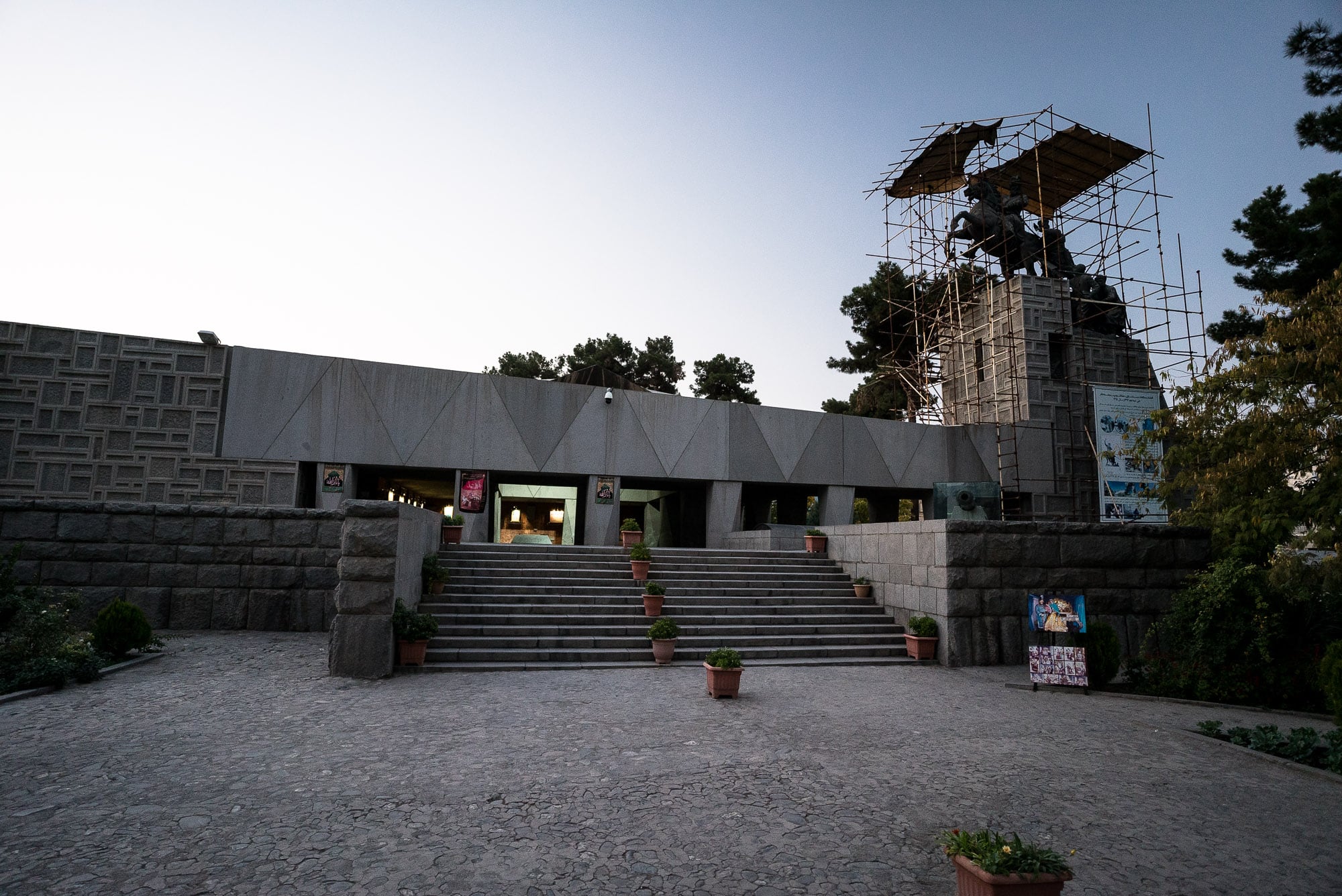 The tomb was quite new and had a sort of bauhausy simplicity to it: 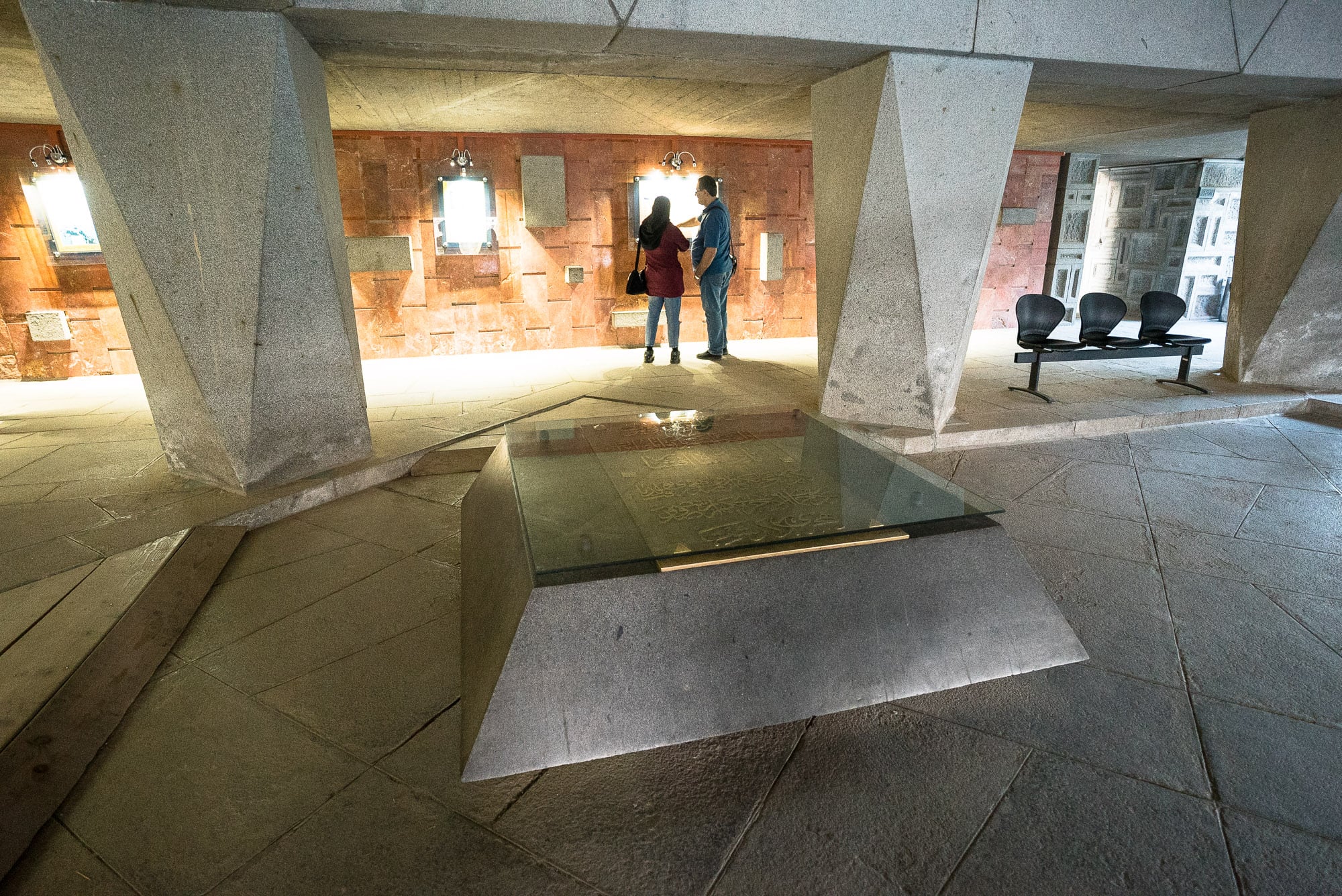 I liked the place, and I thought Nader looked cool with his beard: 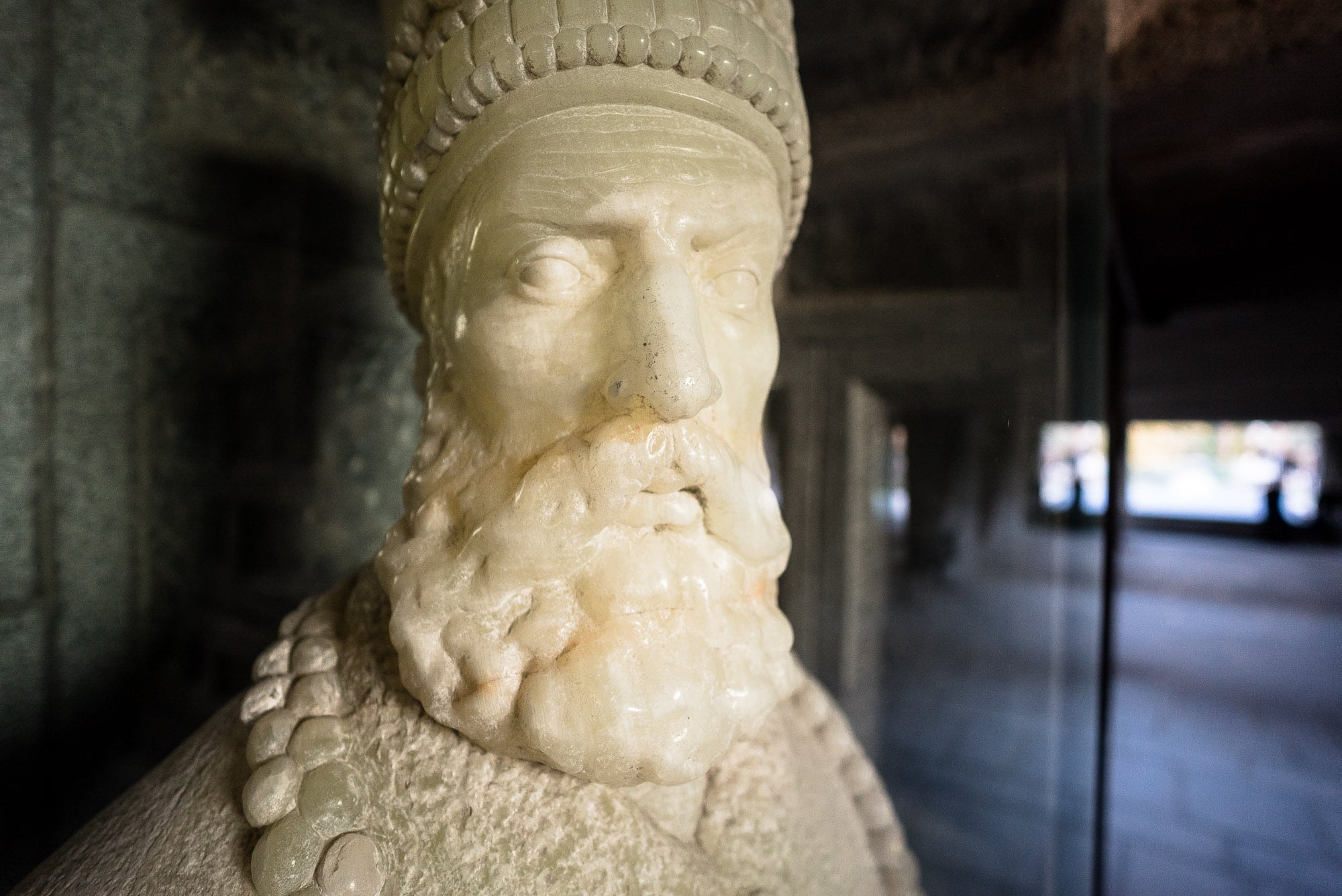 This was something that I would be forever jealous of.