Turns out Juybar, this inconspicuous little town between the mountains and the Caspian Sea, is the center of Iranian wrestling. And since Iran as a nation is pretty good at wrestling, Juybar is arguably also one of the main centers of wrestling in the world.

There are monuments and posters dedicated to wrestling all over town: 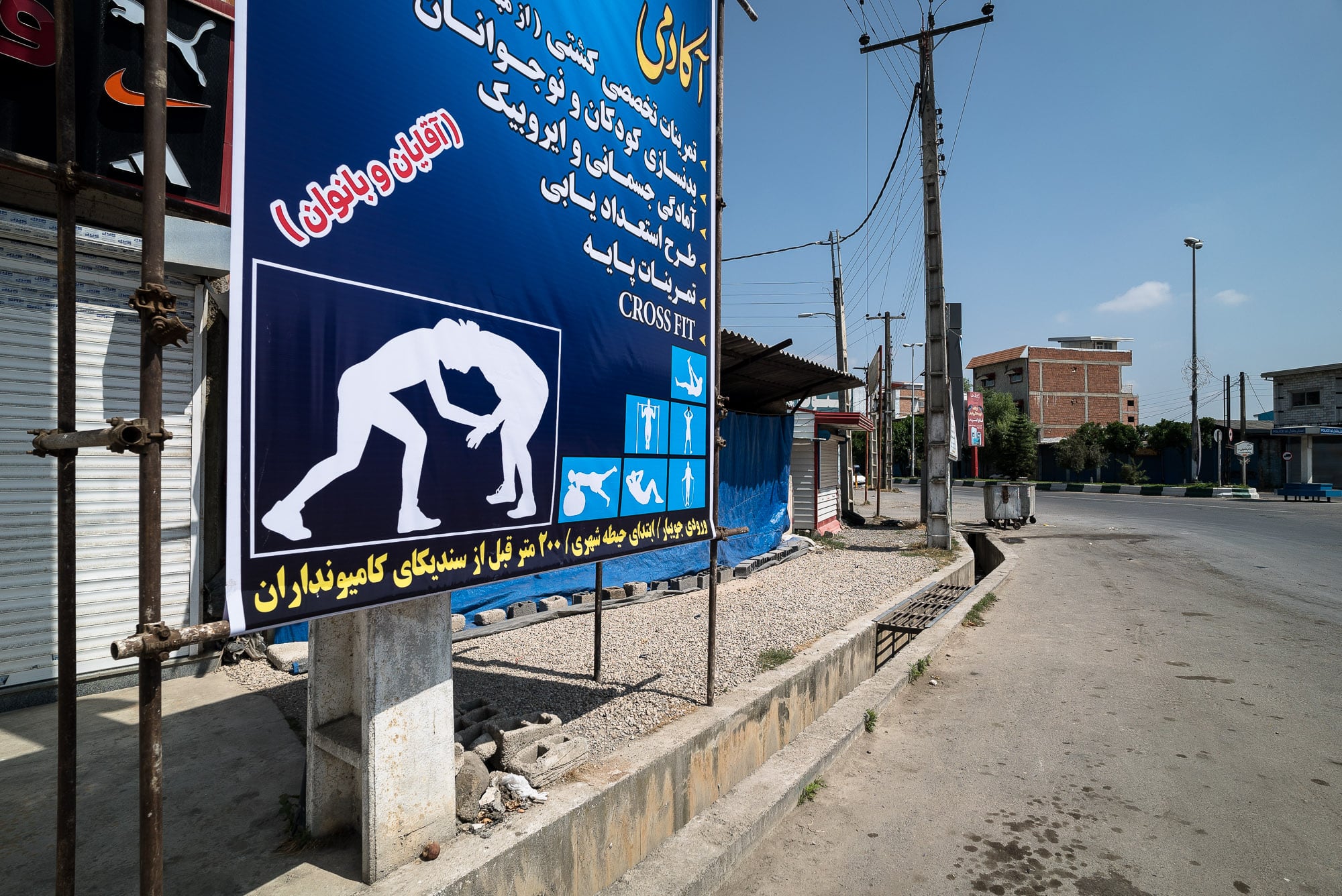 Many man here had the cauliflower ears typical for wrestlers. These gentlemen didn’t, though: 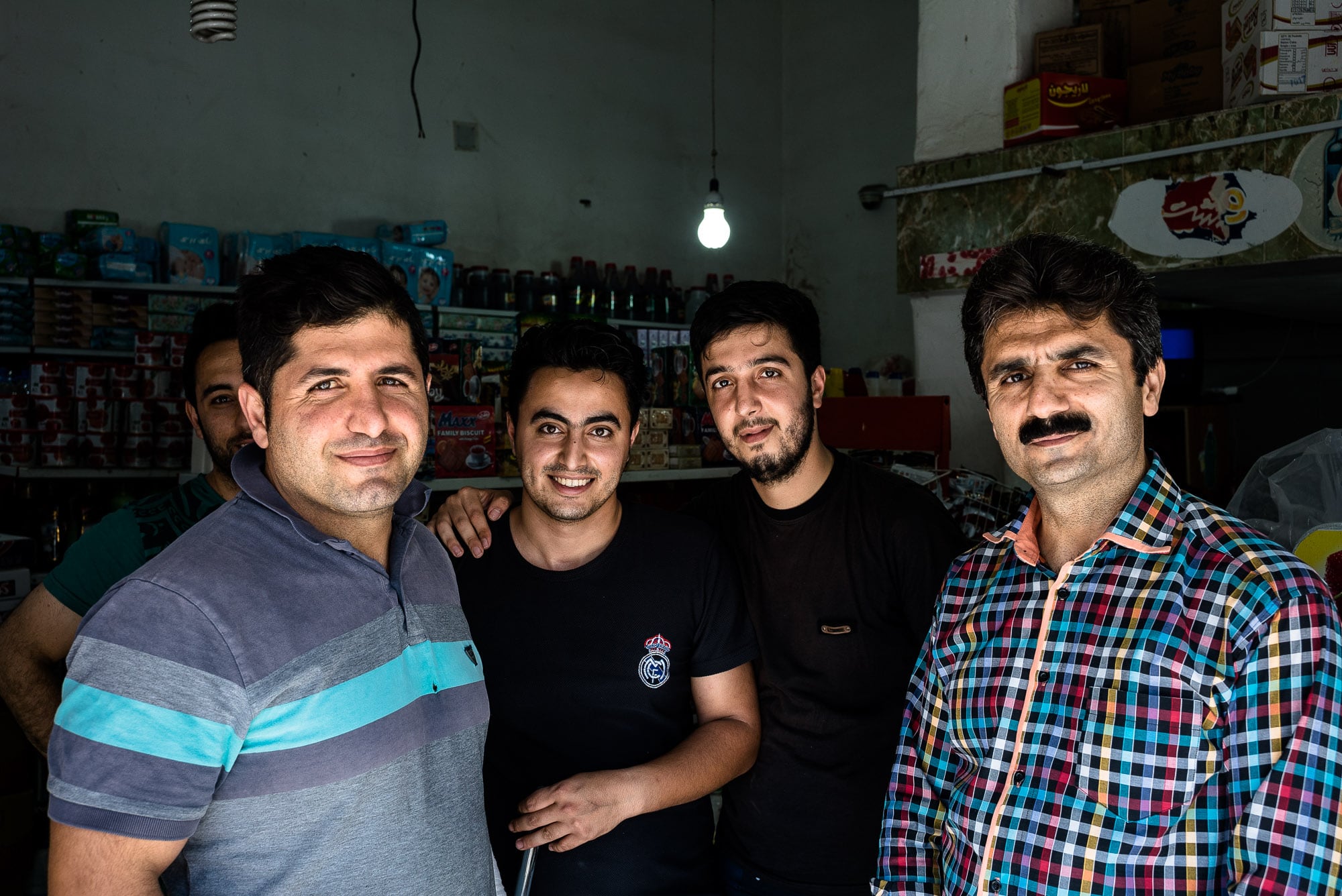 The streets of Juybar were very quiet. One time there was a shrine in the middle of an intersection: 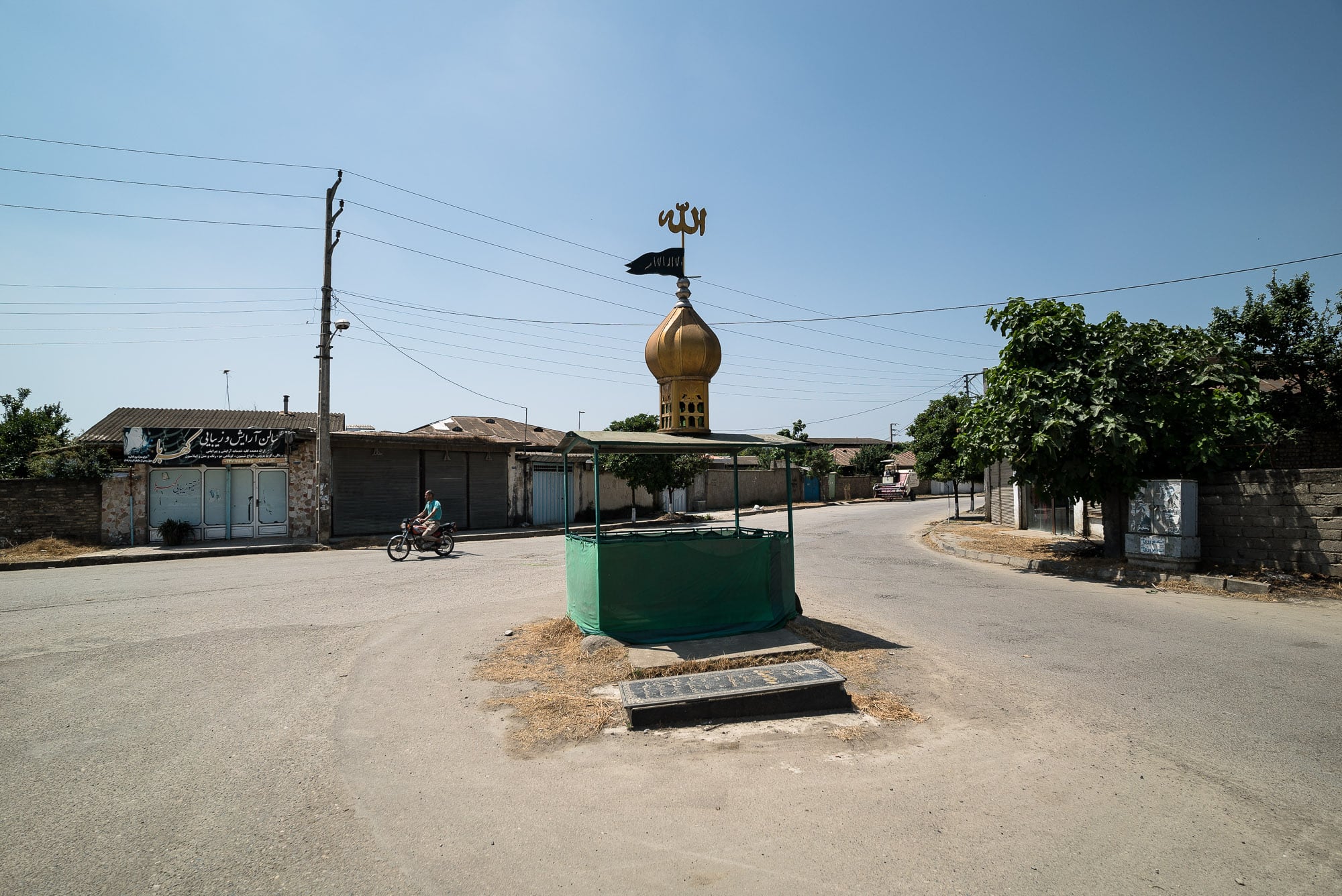 Oh, and one thing about Iran that I have not mentioned until now: 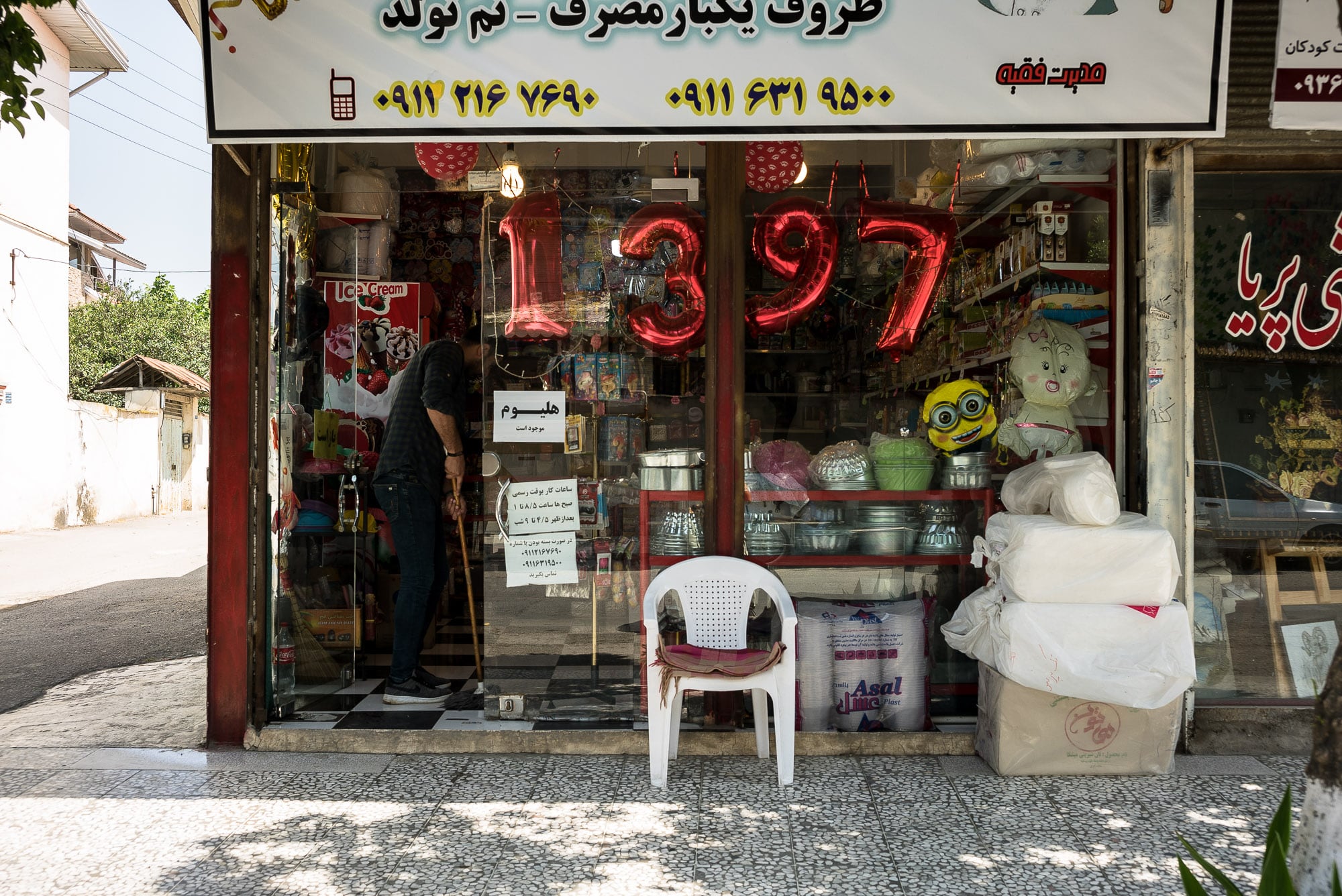 Iran is in the year 1397, not in 2018. Of course 2018 is still written everywhere (even on many expiry dates on food products), but officially, we’re in 1397 here. Can’t help but think that this means we have only 98 years to go until Columbus sets foot on a new continent.

On a side note, the Ayatollah Khomeini died on June 4th 1989 (or rather: 1368), which I figured had to be the reason why some new posters with his image had appeared lately: 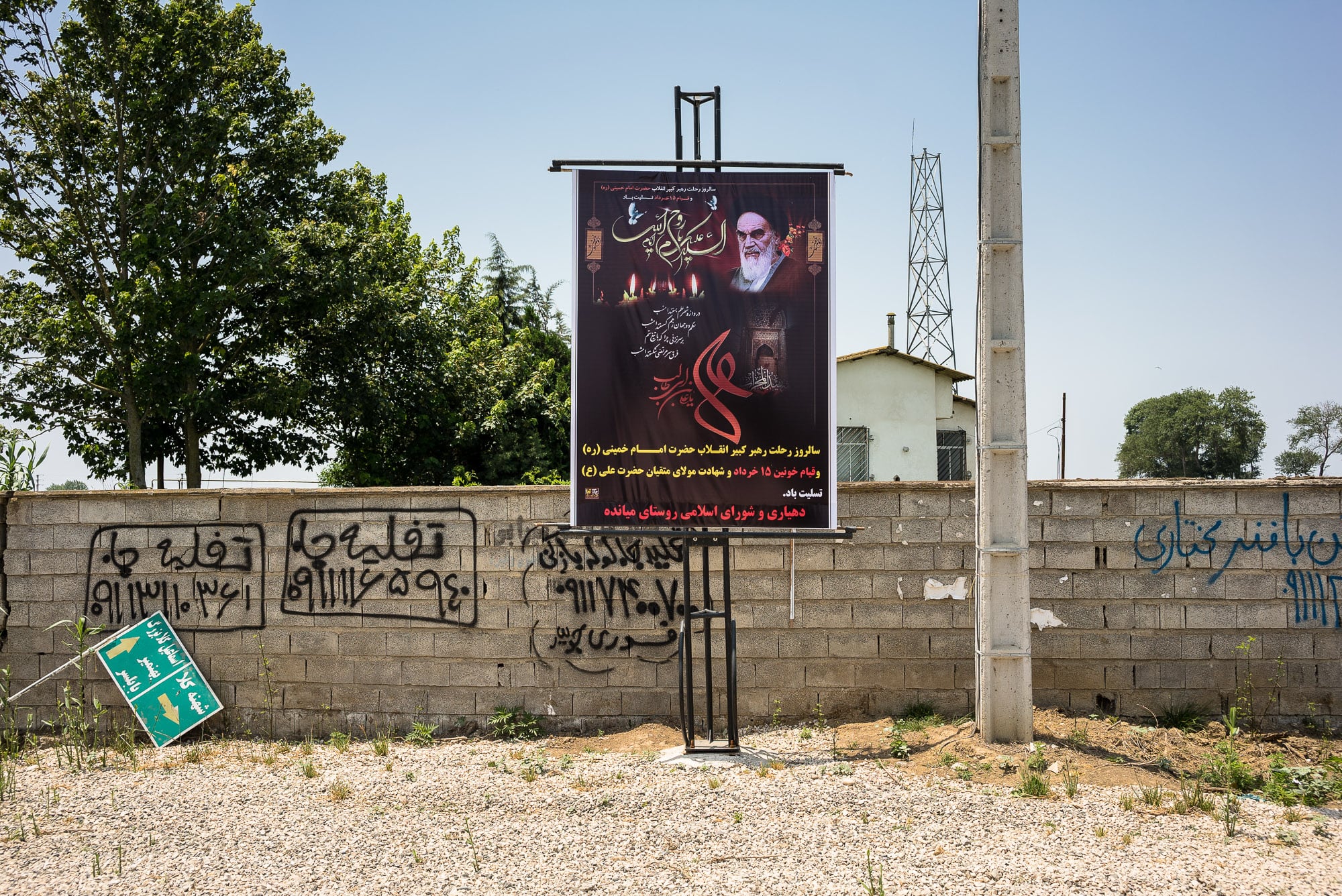 I tried to stay away from the main highways and take little country roads instead: 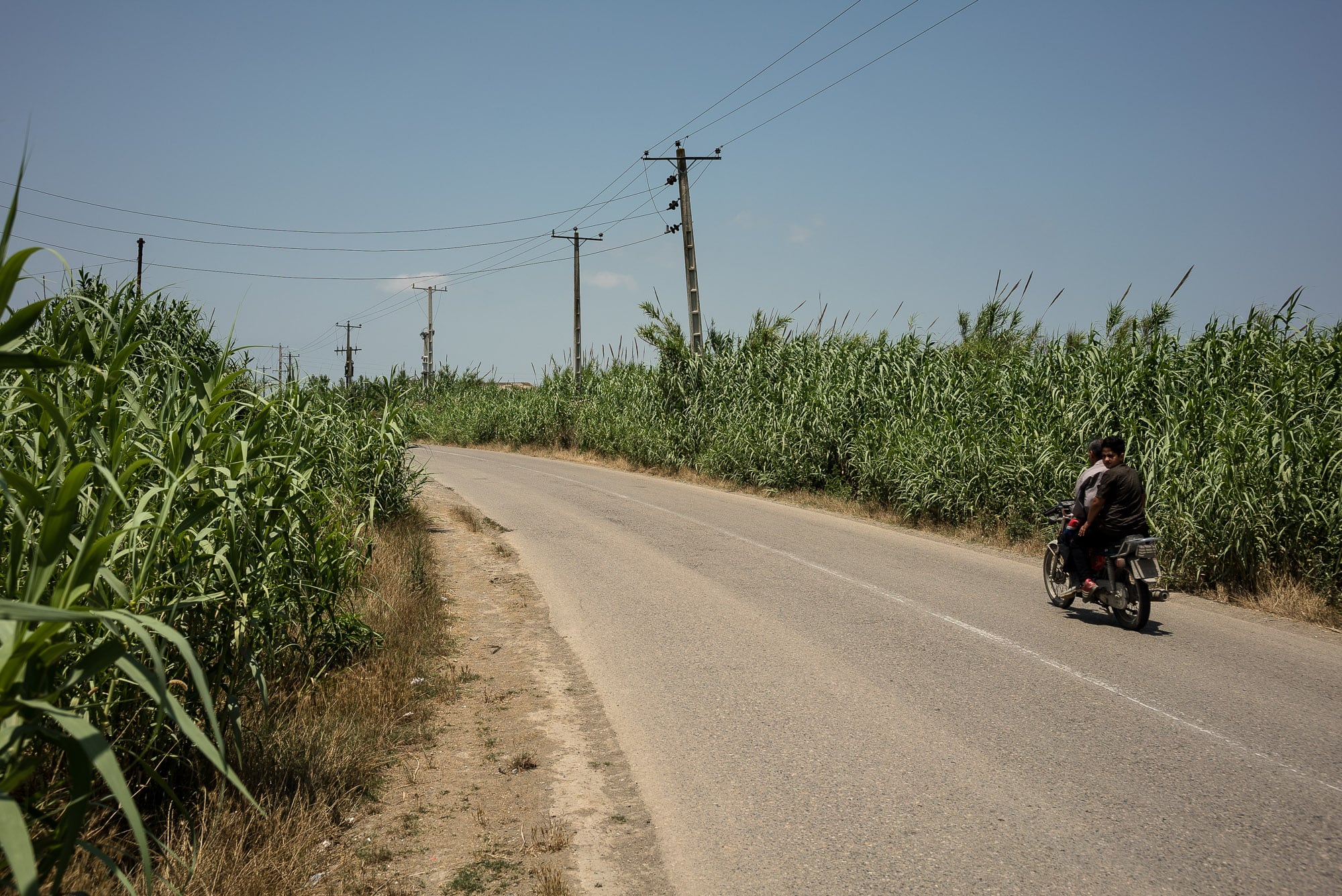 And I was greatly rewarded: 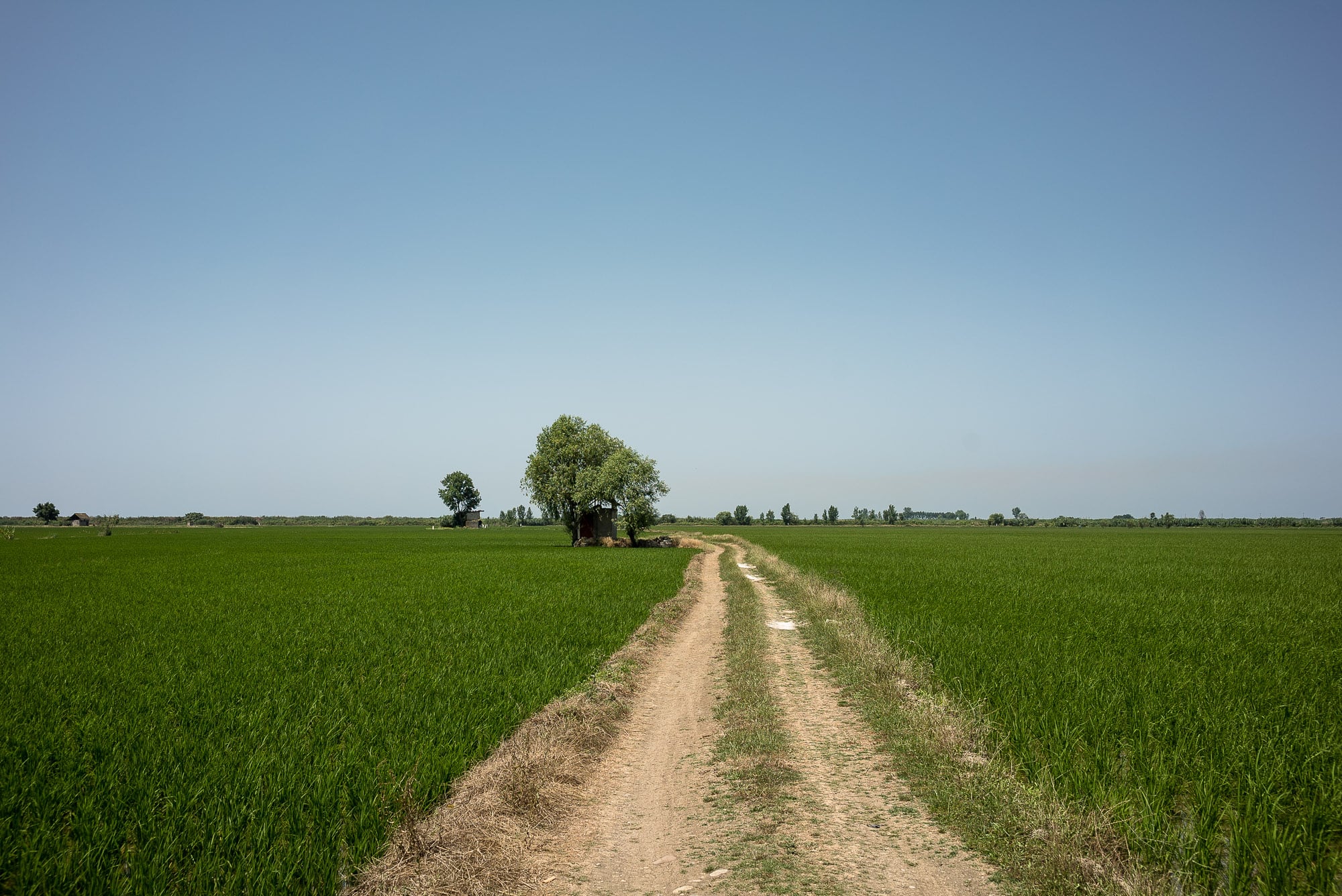 Sometimes we had a little company, the Caboose and I: 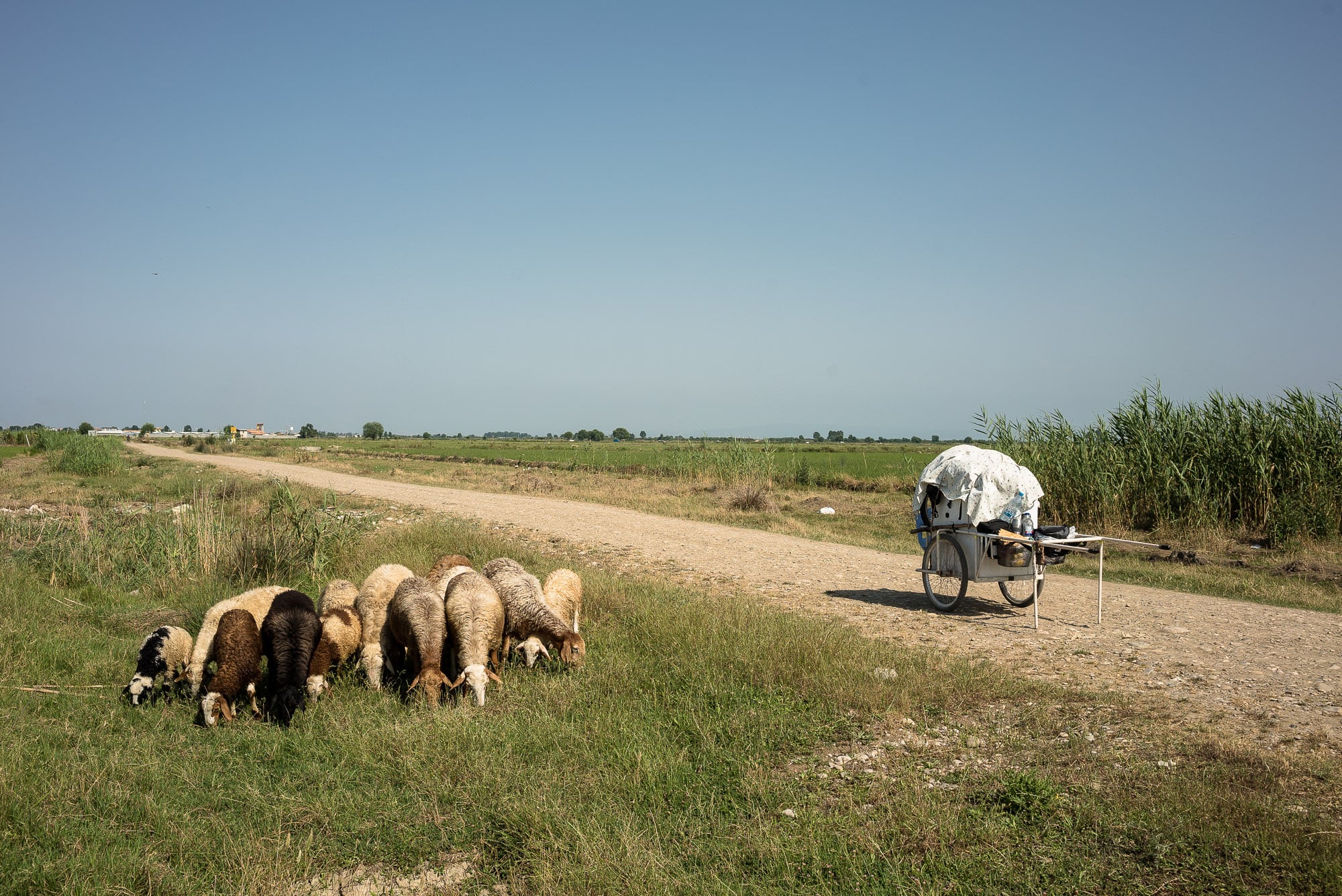 But eventually there was no other way but to return to the main road, which meant a two-lane highway through a semi-urban landscape: 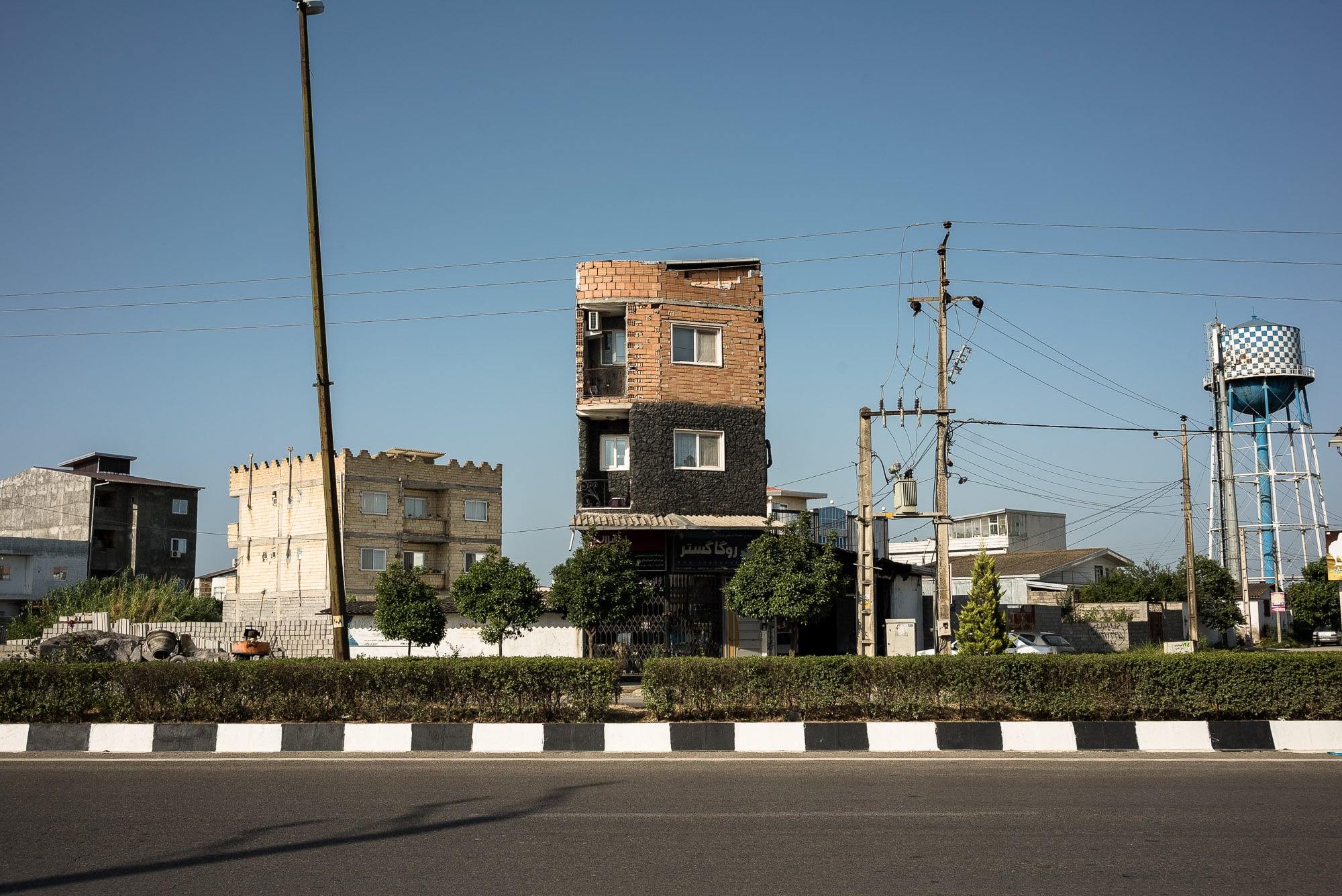 I wondered about this calligraphy (not being able to read anything has the tendency of making one feel pretty dumb): 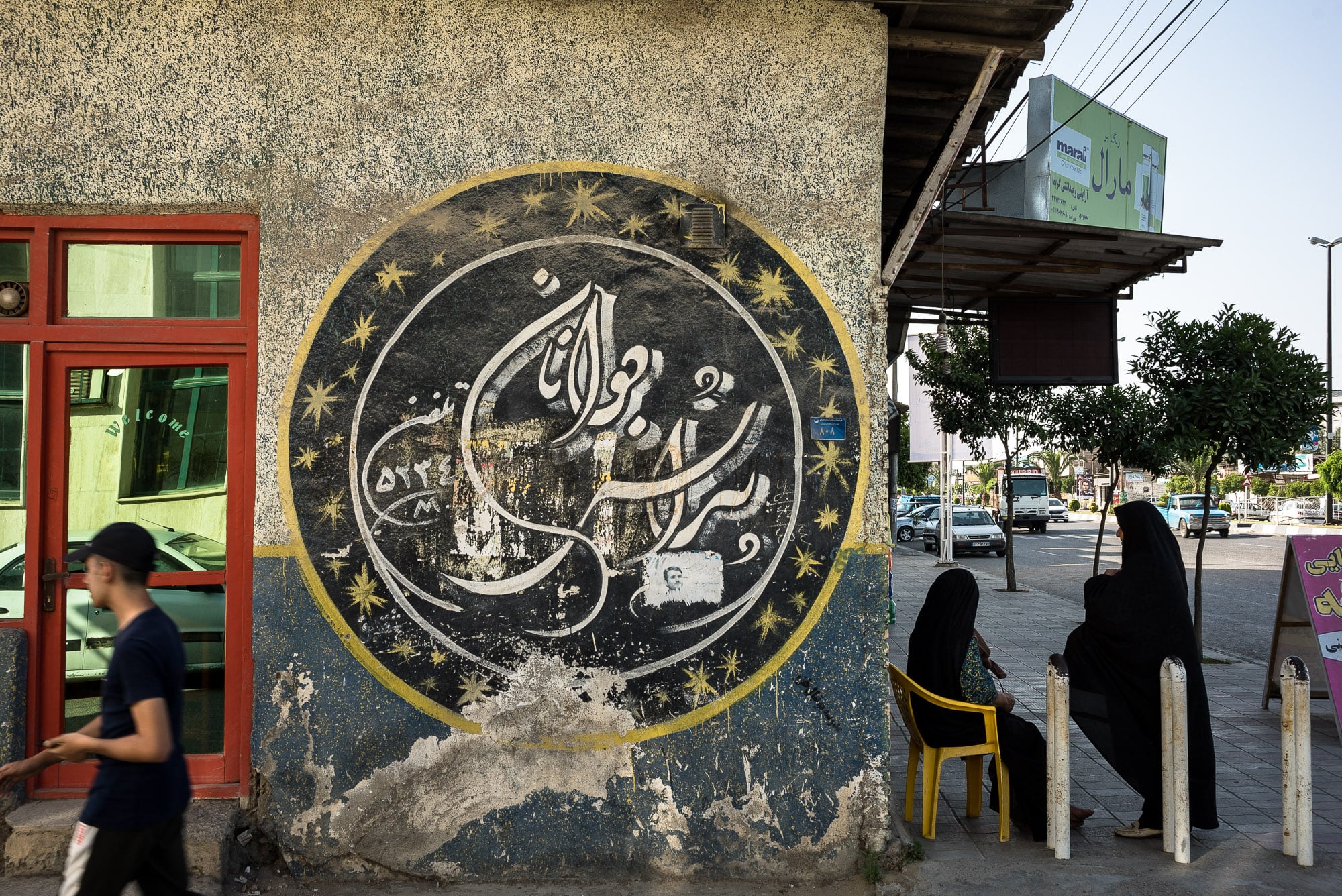 And I walked through a town that seemed to consist almost entirely of furniture stores: 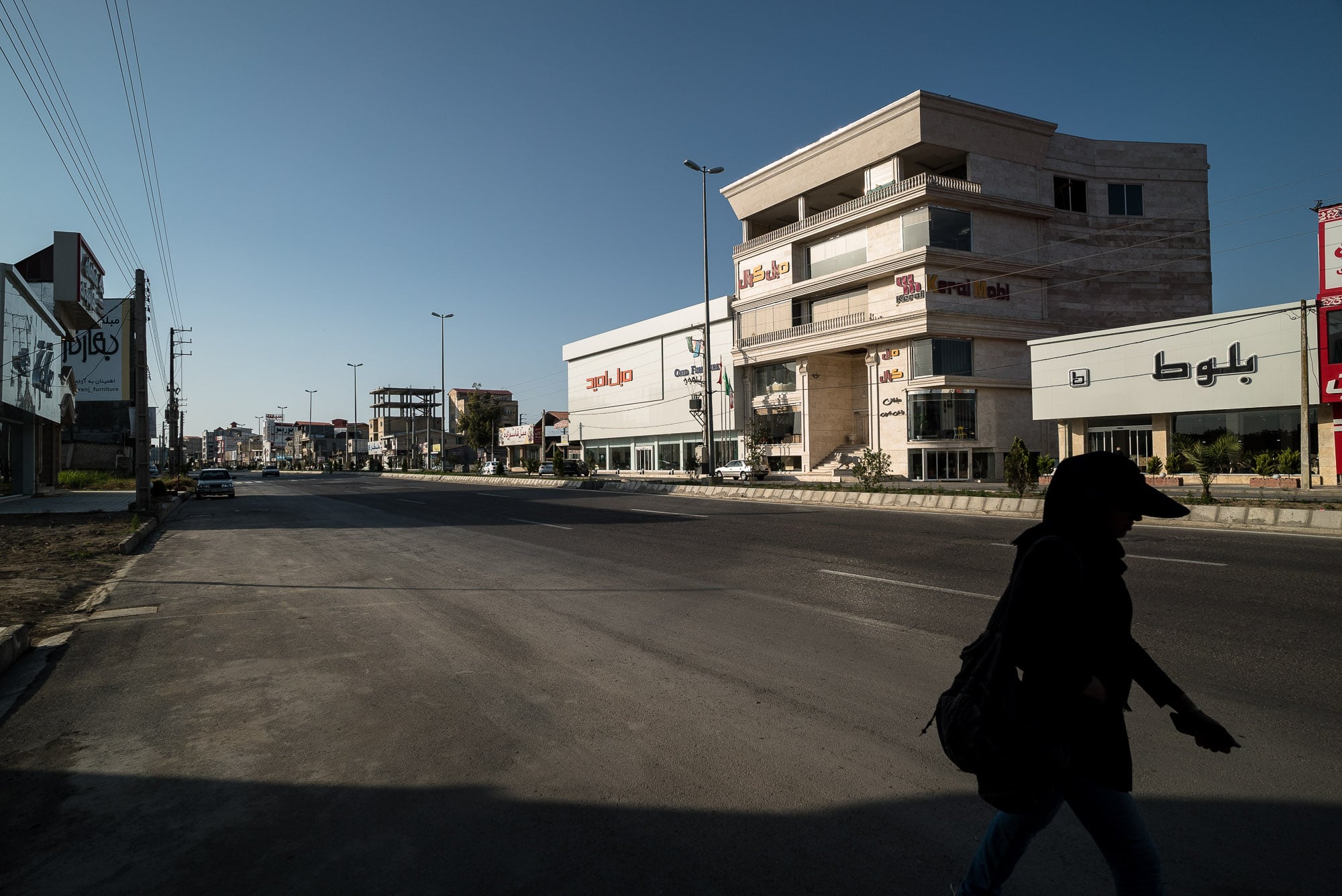 Then there was the Evil Bridge, which was so narrow I still can’t believe we were somehow able to cross it: 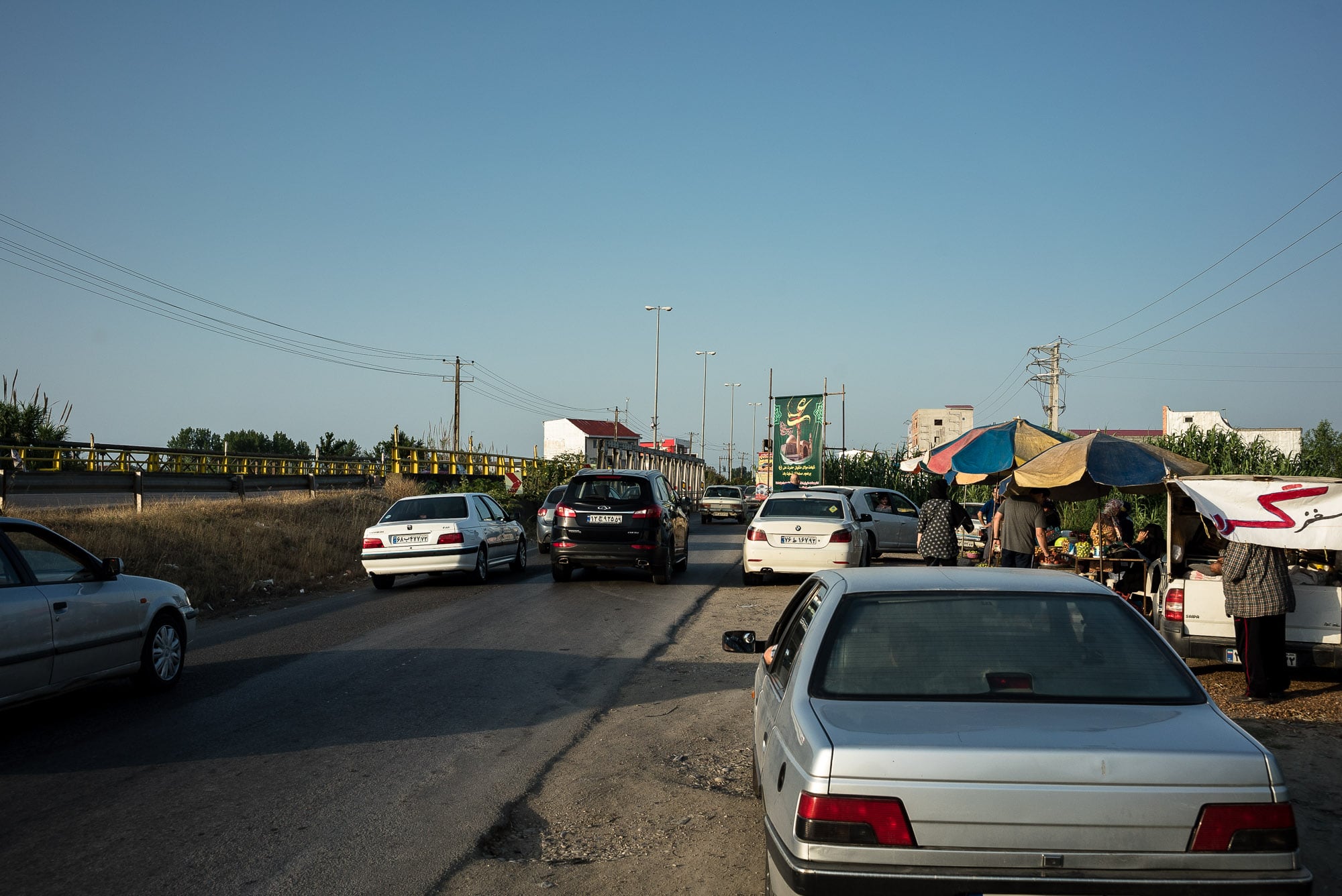 There were large, strangely Chinese-looking buildings in the distance: 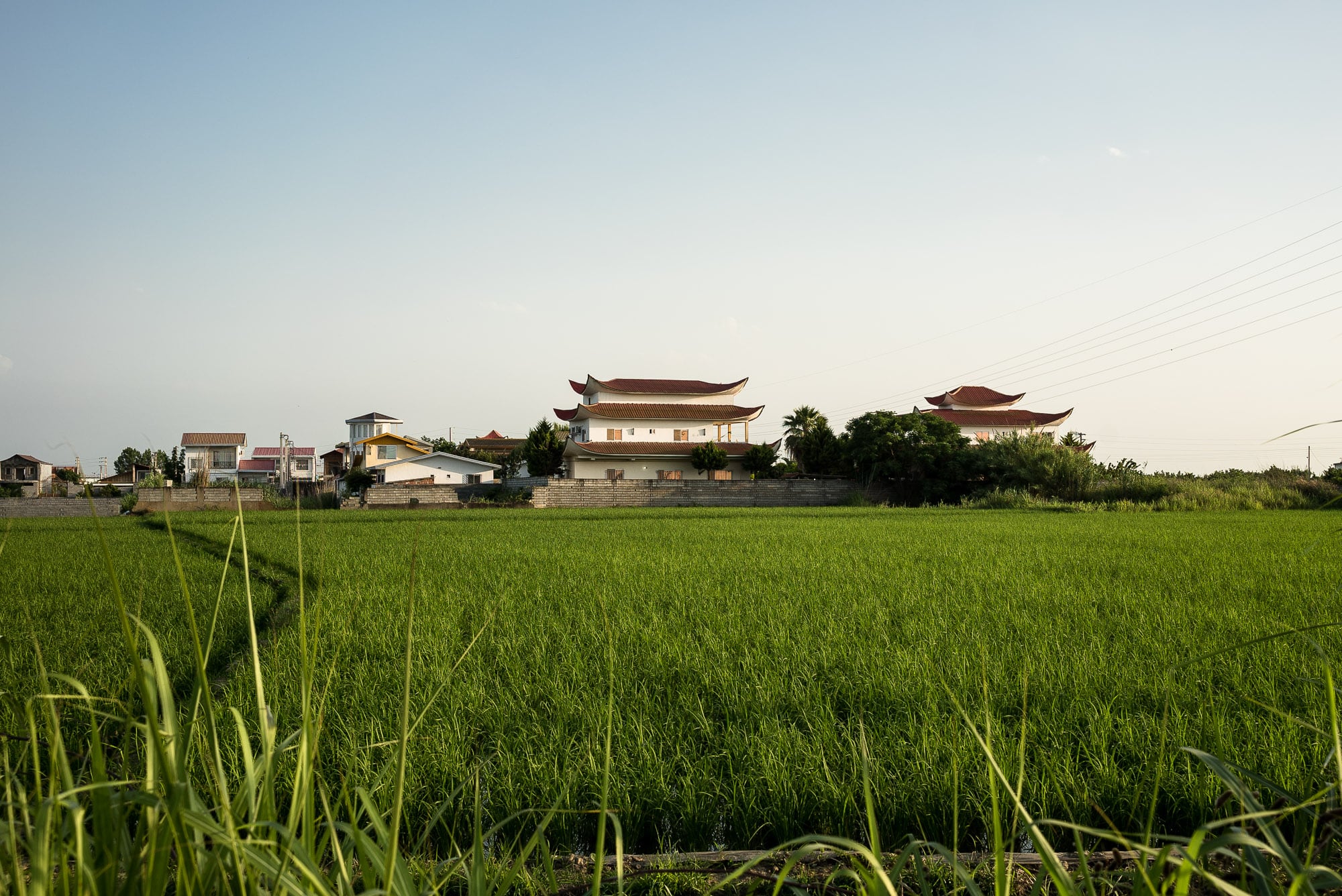 This might look rather nice, but the road next to it was one of the worst I’ve ever walked on. It was a two-lane highway with a divider in the middle but absolutely no sidewalk or shoulder to walk on. Instead there was a wall of bamboo that we had to duck into when cars came too close to us. It was horrible, and I hated the bamboo. I mean, I love bamboo. But not this one. Not here.

Babolsar greeted me with a sunset: 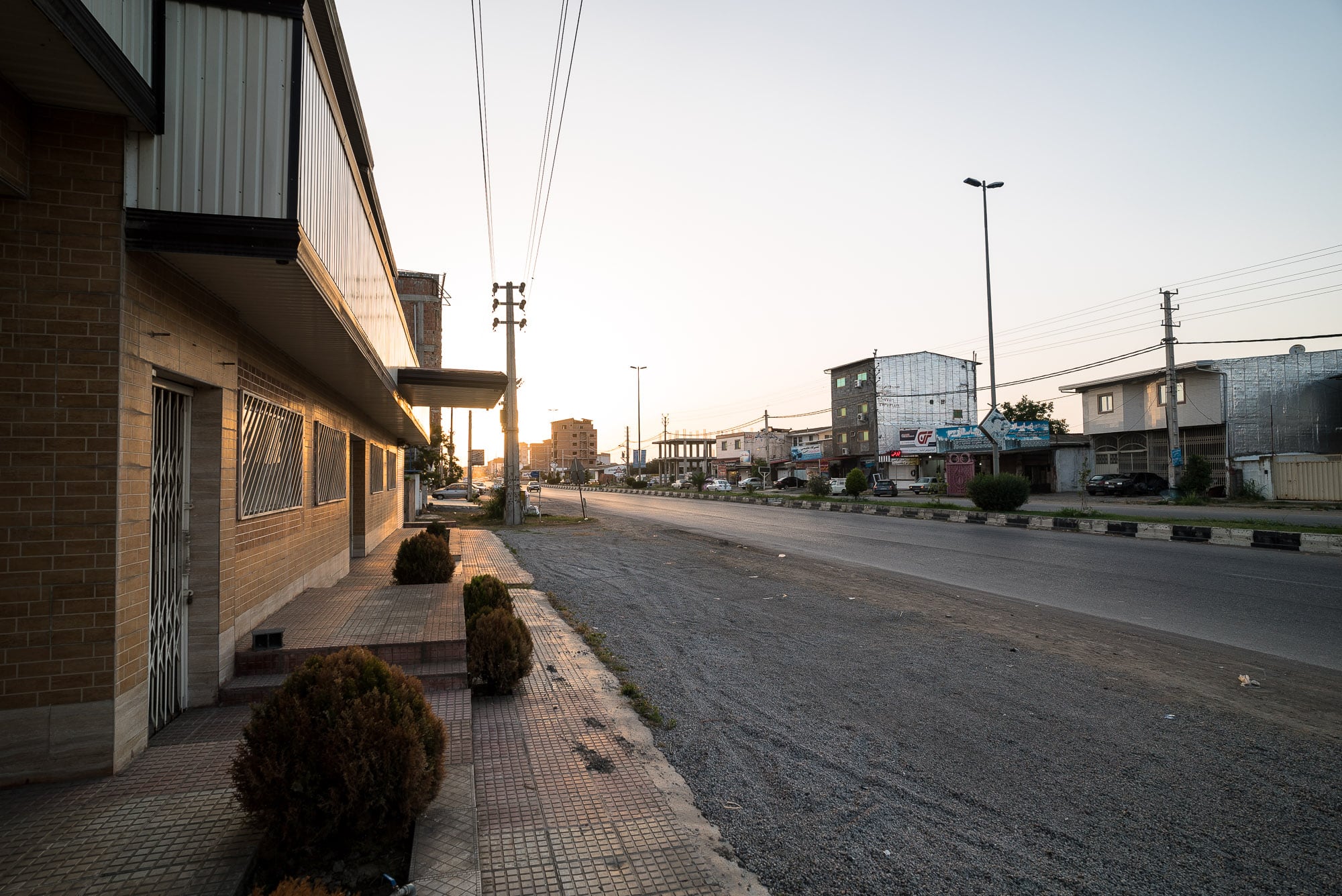 And a selfie with a skeptical kid: 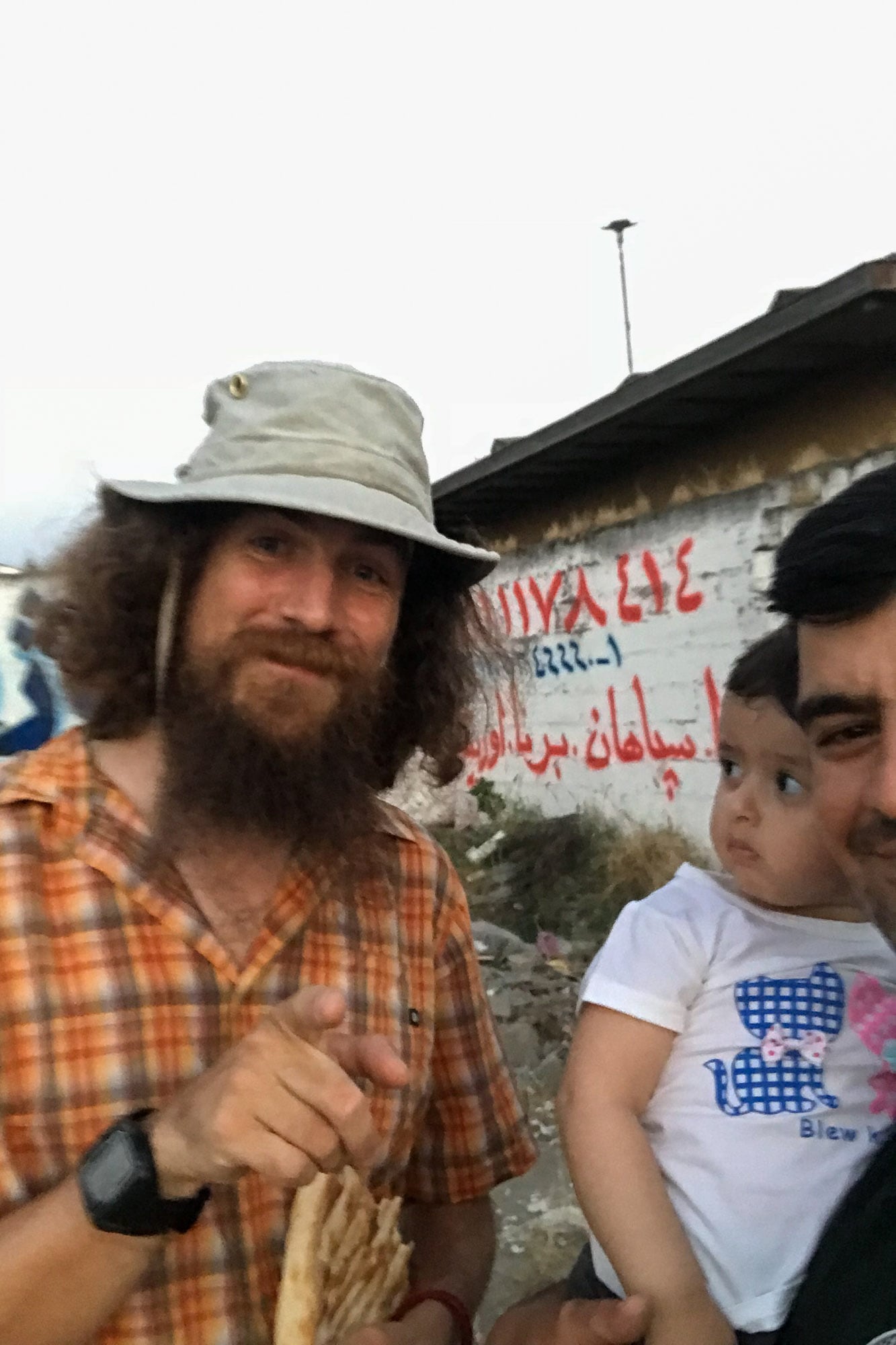 I walked well into the darkness that night: 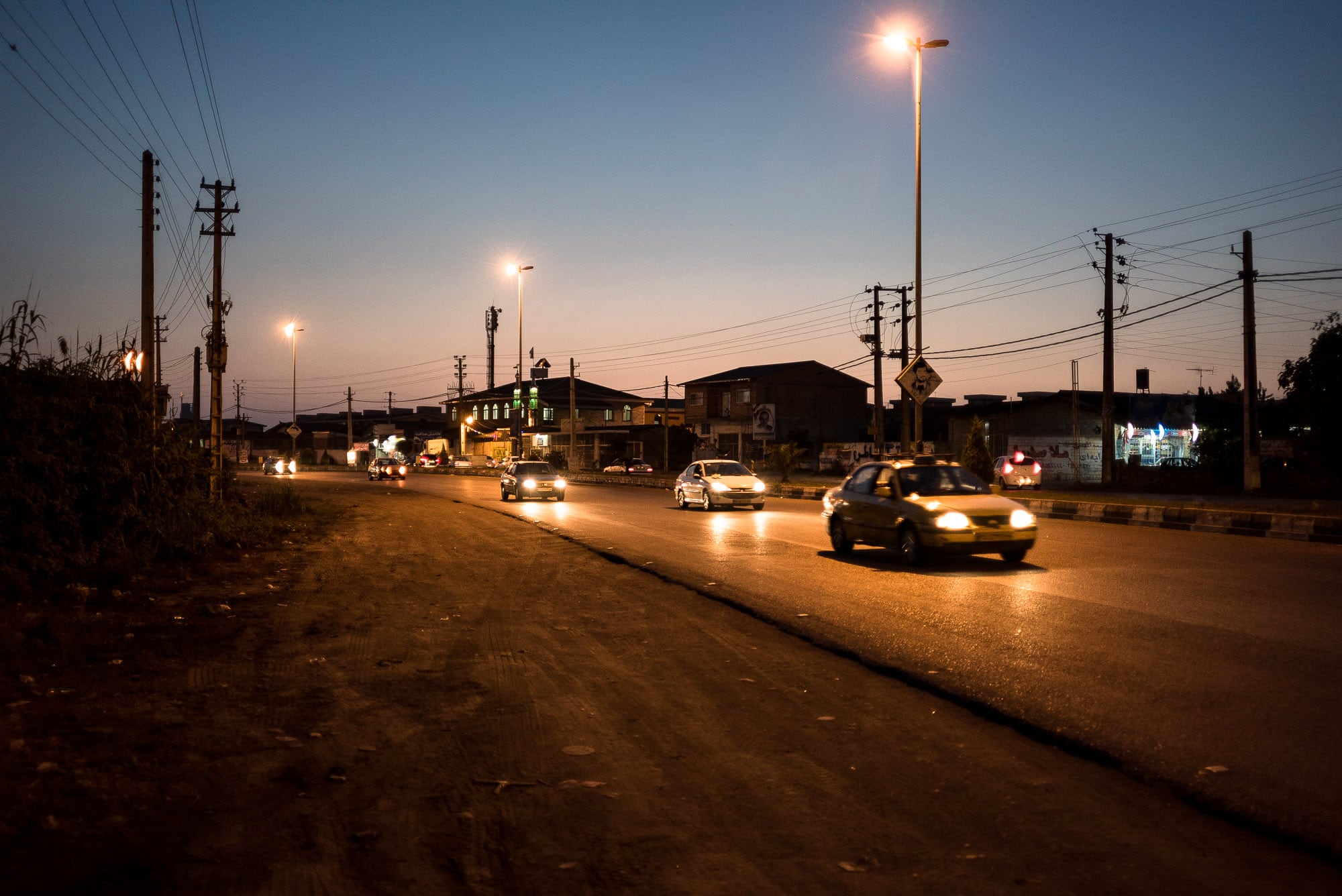 Then I was there.

Day 1133
from Juybar to Babolsar