When I woke up, hot water for our morning tea was already boiling: 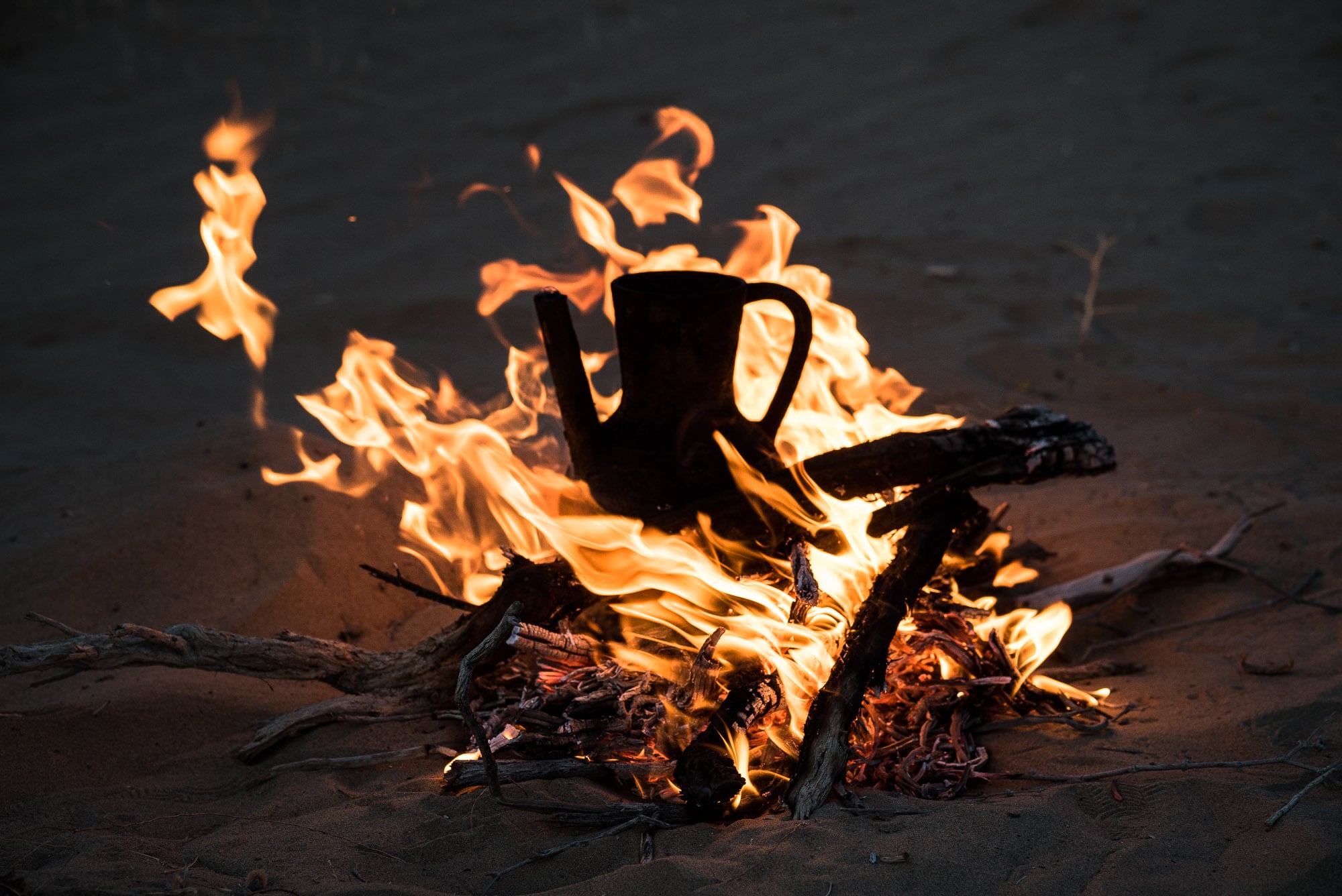 It felt like a sort of luxury camping actually. And no more spiders. Or at least I hadn’t seen any.

Today my guide Shukur helped me get the Caboose out from the dunes: 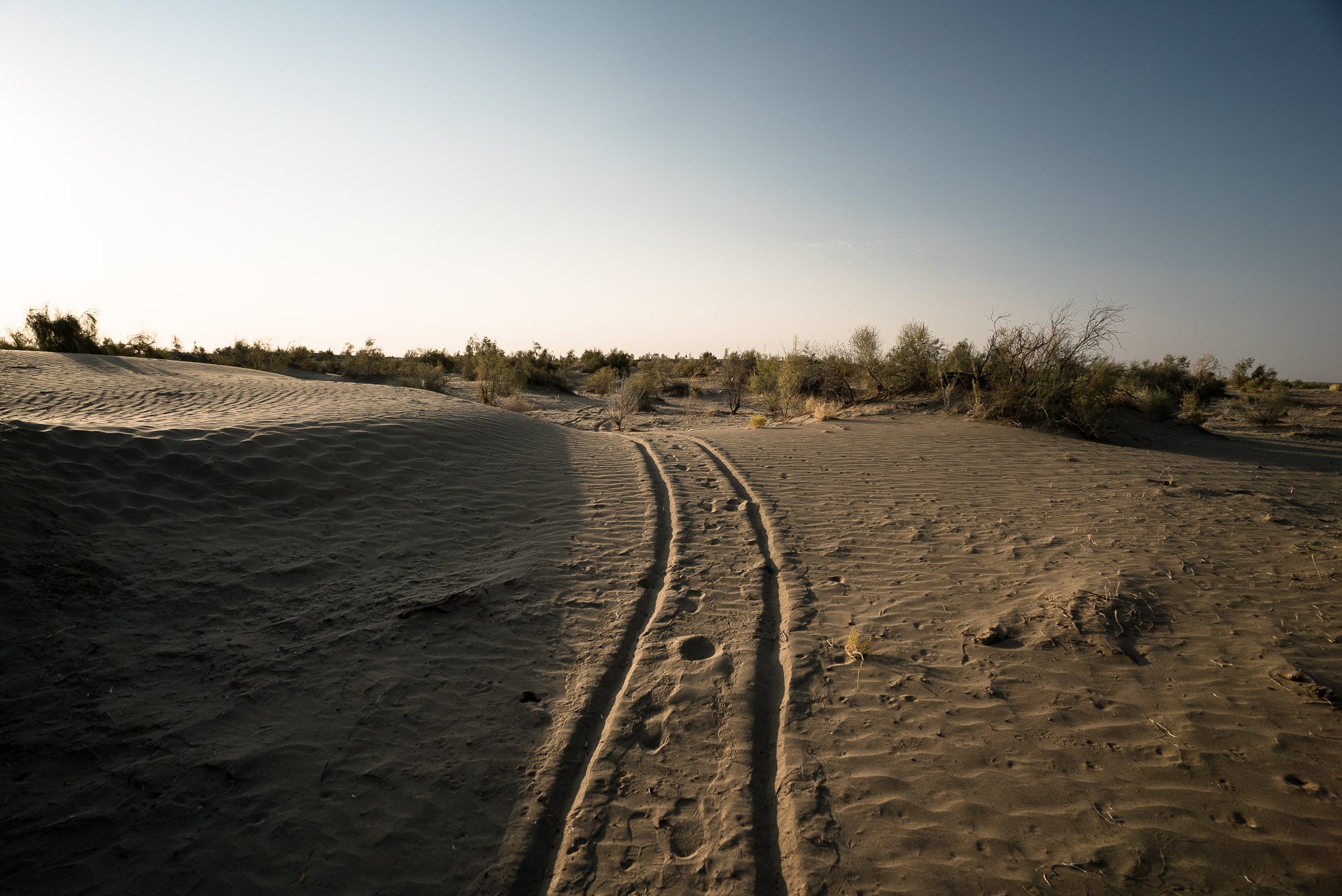 I had been experimenting with nicknames for the two, and by now I had decided on “the Boss” for Shukur and “the Don” for Gödzh. Because Shukur was my guide, so naturally he was the Boss. But Gödzh had been a shepherd once, so nothing in the desert could ever scare him, no scorpion, no spider, and not even a cobra. So he was the boss of all bosses. He was the Don.

I was again in my slippers. I tried wearing them with or without socks. It was never good, but it was still better than my shoes.

This is what my left little toe looked like: 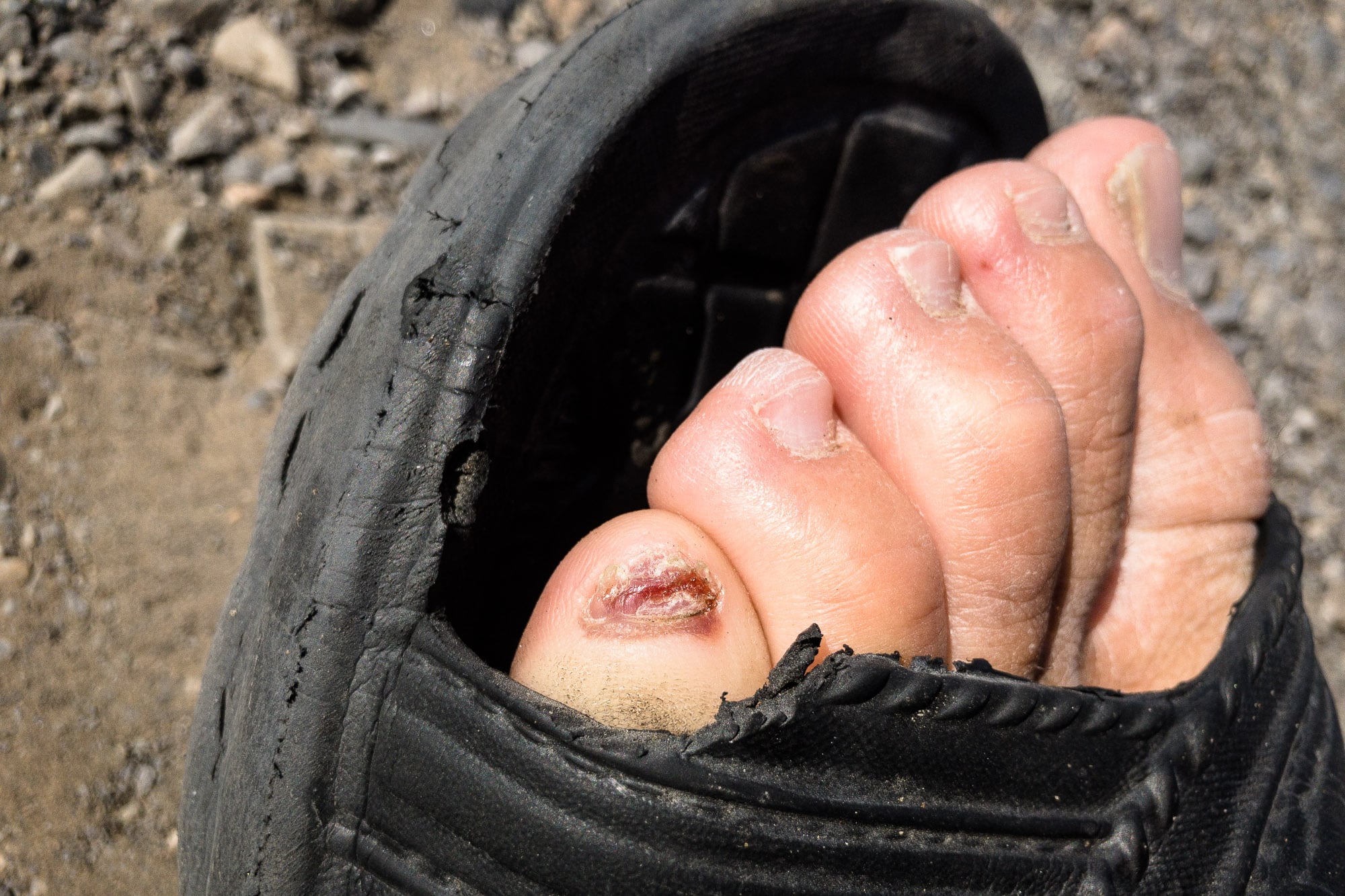 It was no good, so bad in fact that I eventually cut out parts of my slippers in order to give it more room (as you can see in the picture). Why did this have to happen now? It felt very unfair.

The first thing I saw was another roadside grave: 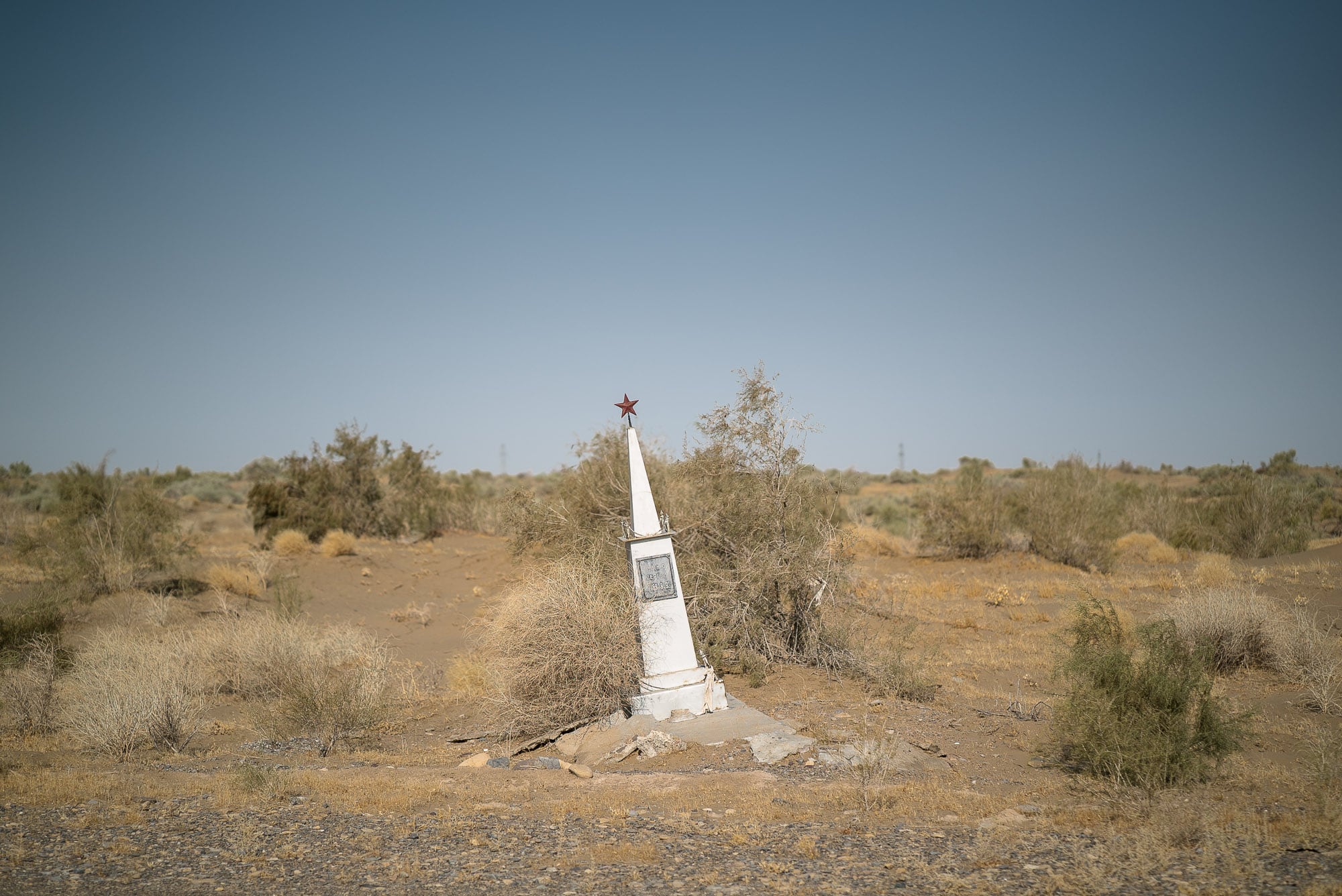 Then there was a truck stop: 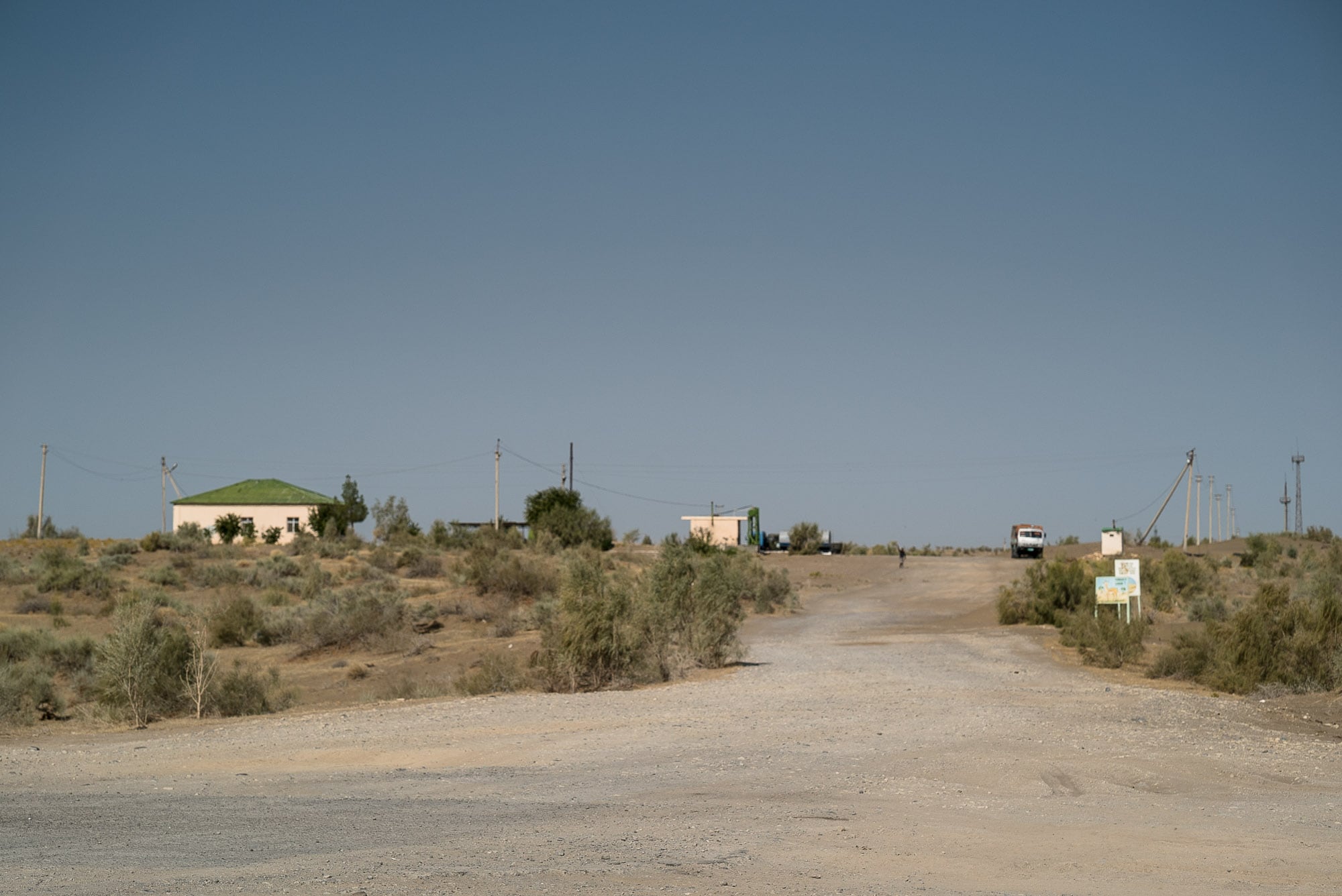 And then I came across something I had seen in Kazakhstan before, once on a very big tree and another time next to a waterfall: 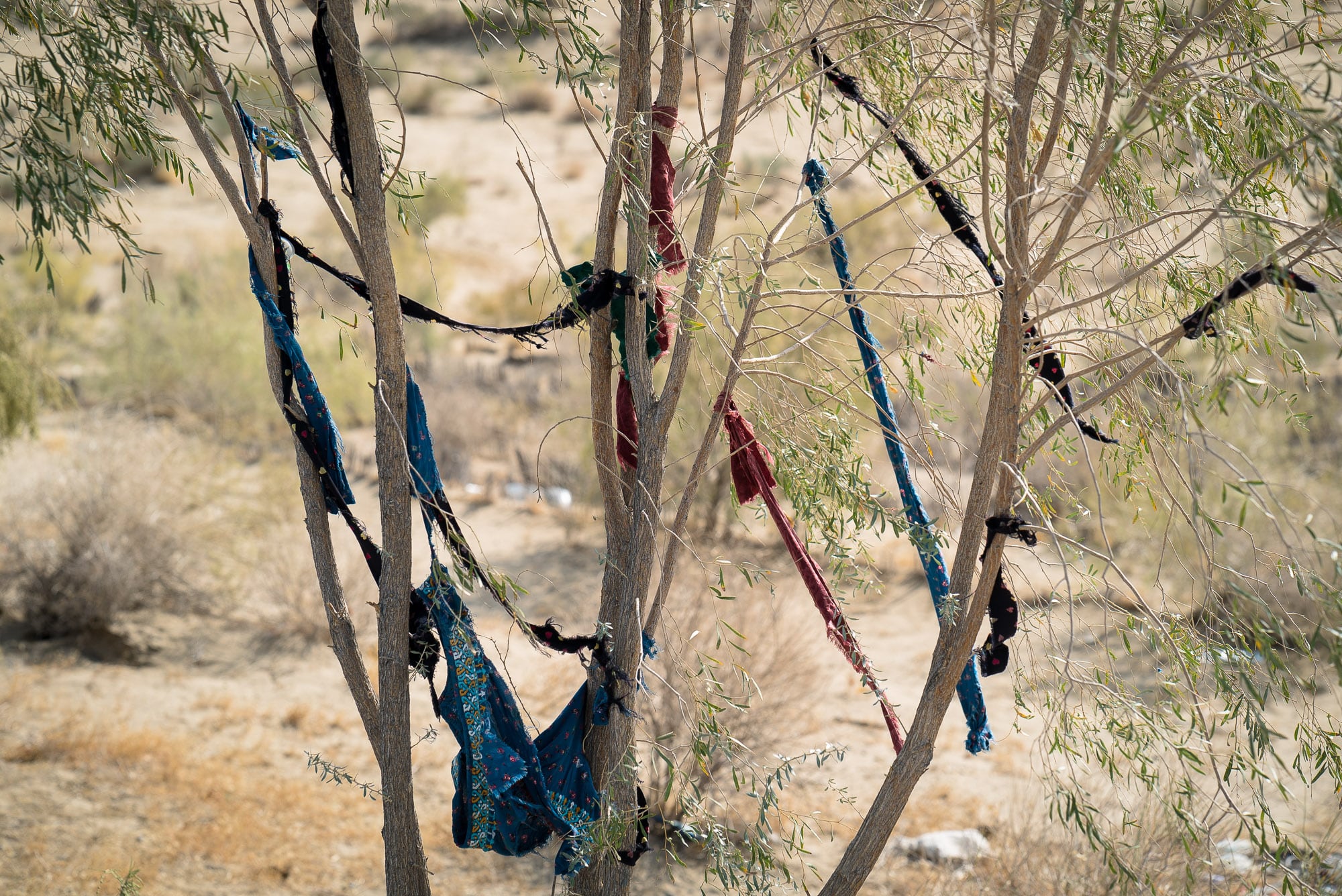 This was for good luck. And the people had kept this belief albeit converting to Islam many centuries ago.

We left the region of Lebap and entered that of Mary at around 11 in the morning. There was a police checkpoint where the cops took a selfie with me on their phones. And there was another gate that marked the new region: 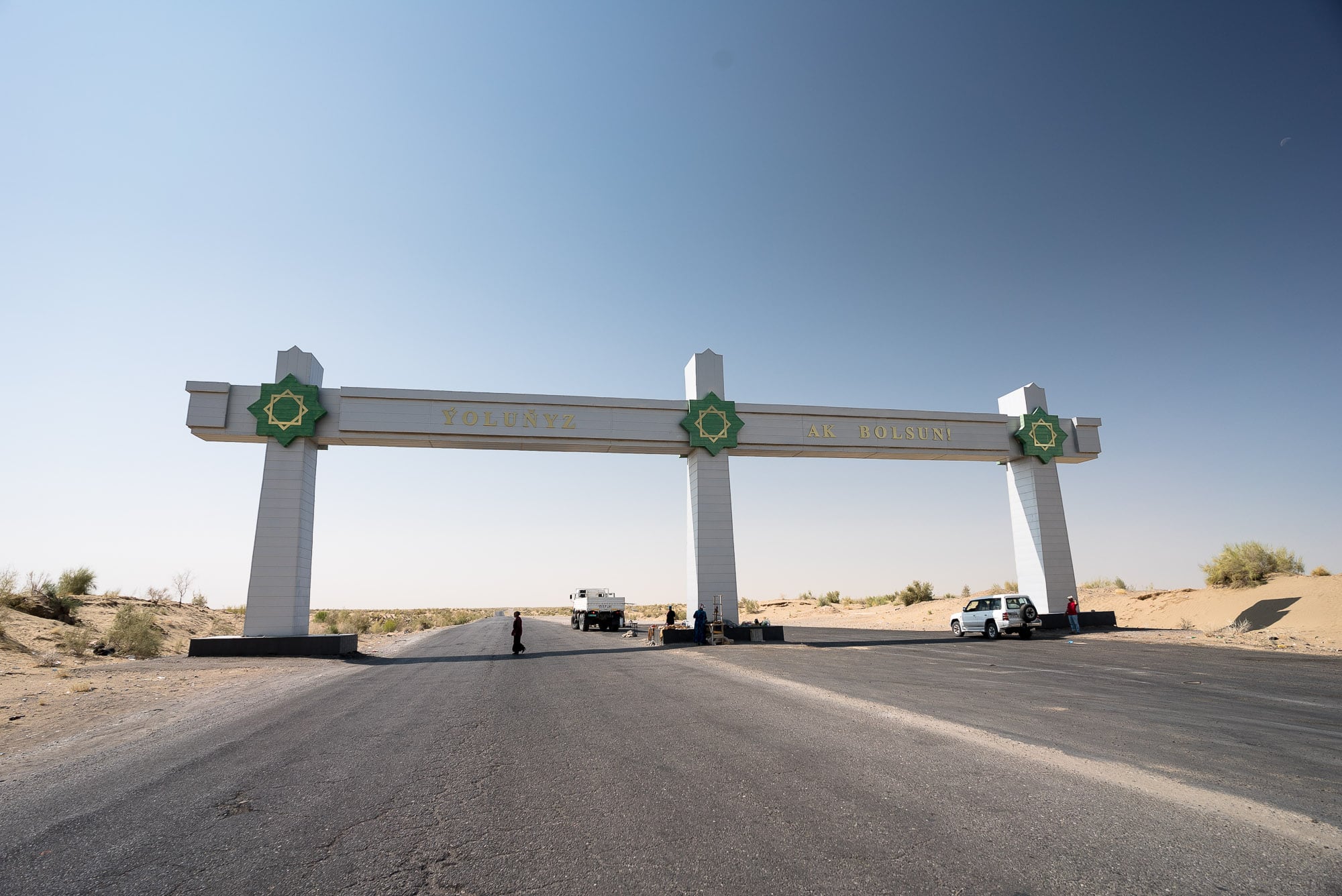 We took our lunch break shortly after that:

The cops were not the only ones who insisted on a selfie. People would stop their cars for group pictures all the time: 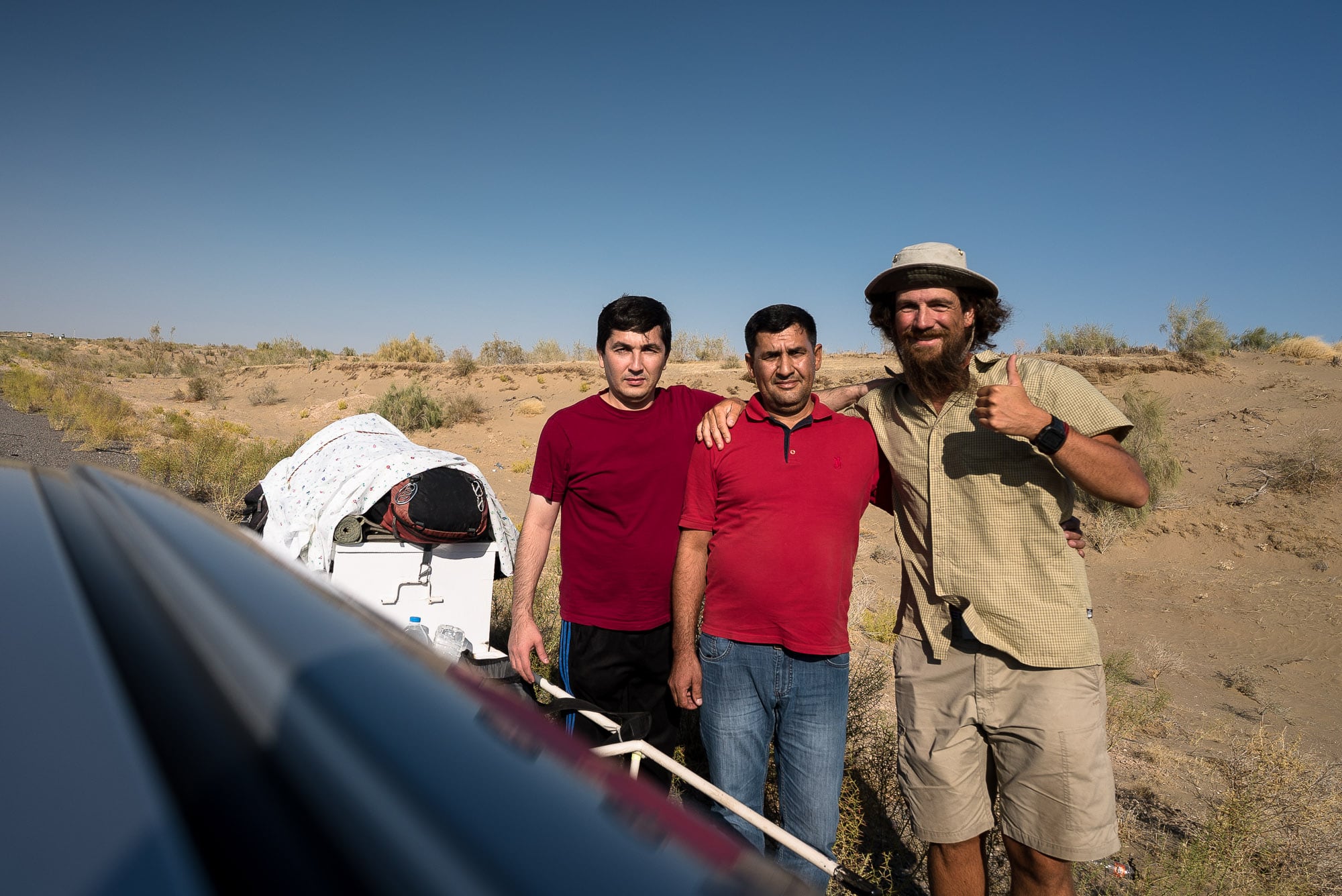 Then we passed by a settlement that was strangely out of proportion: 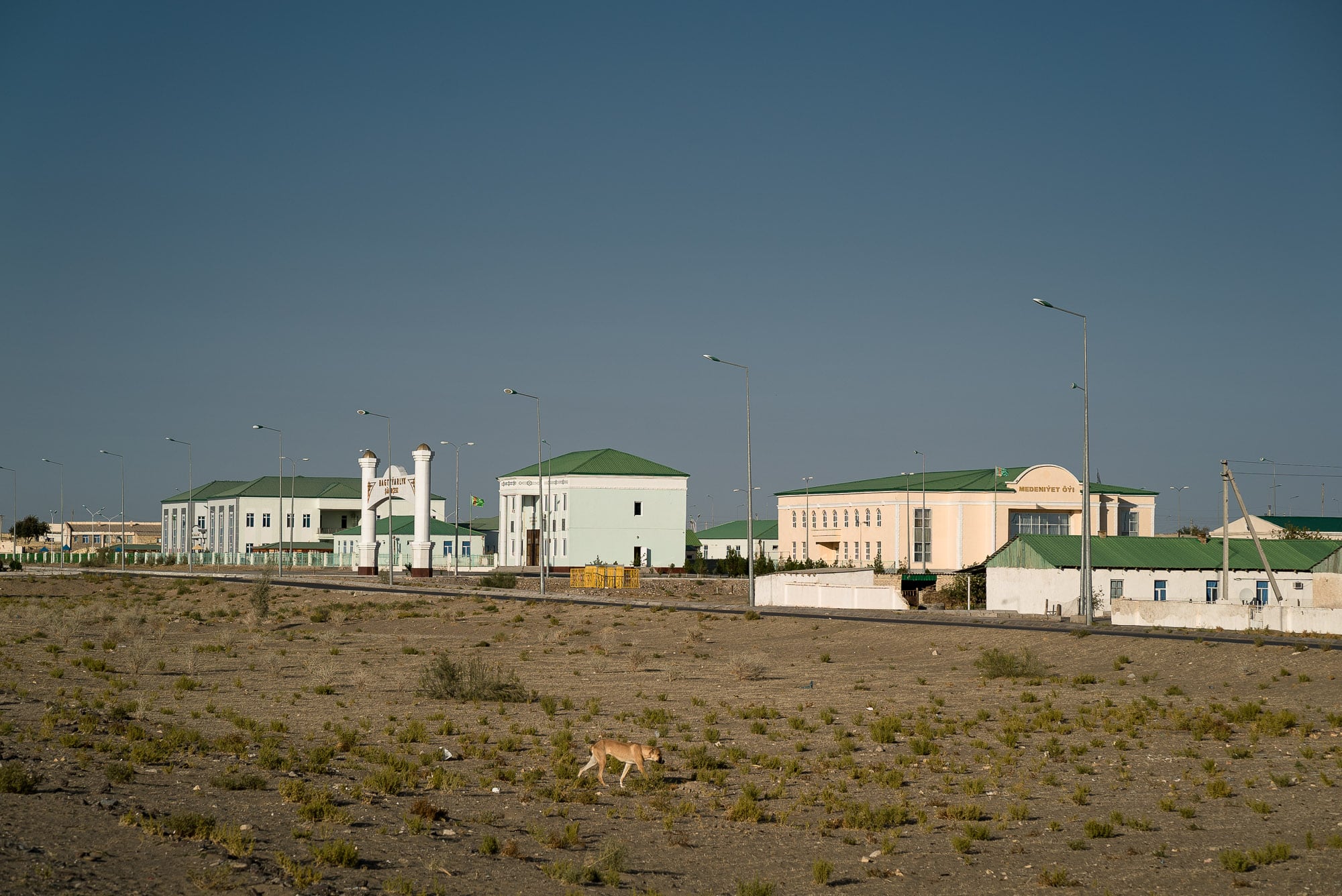 Not many people seemed to live there, but all buildings were massive and shiny in the desert sun. It even had a large complex with a hotel and a restaurant, and word had it that all of this had happened because the First President had once stopped here and remarked that the village should get some improvements. And so it did.

I got some ice-cream from the Boss: 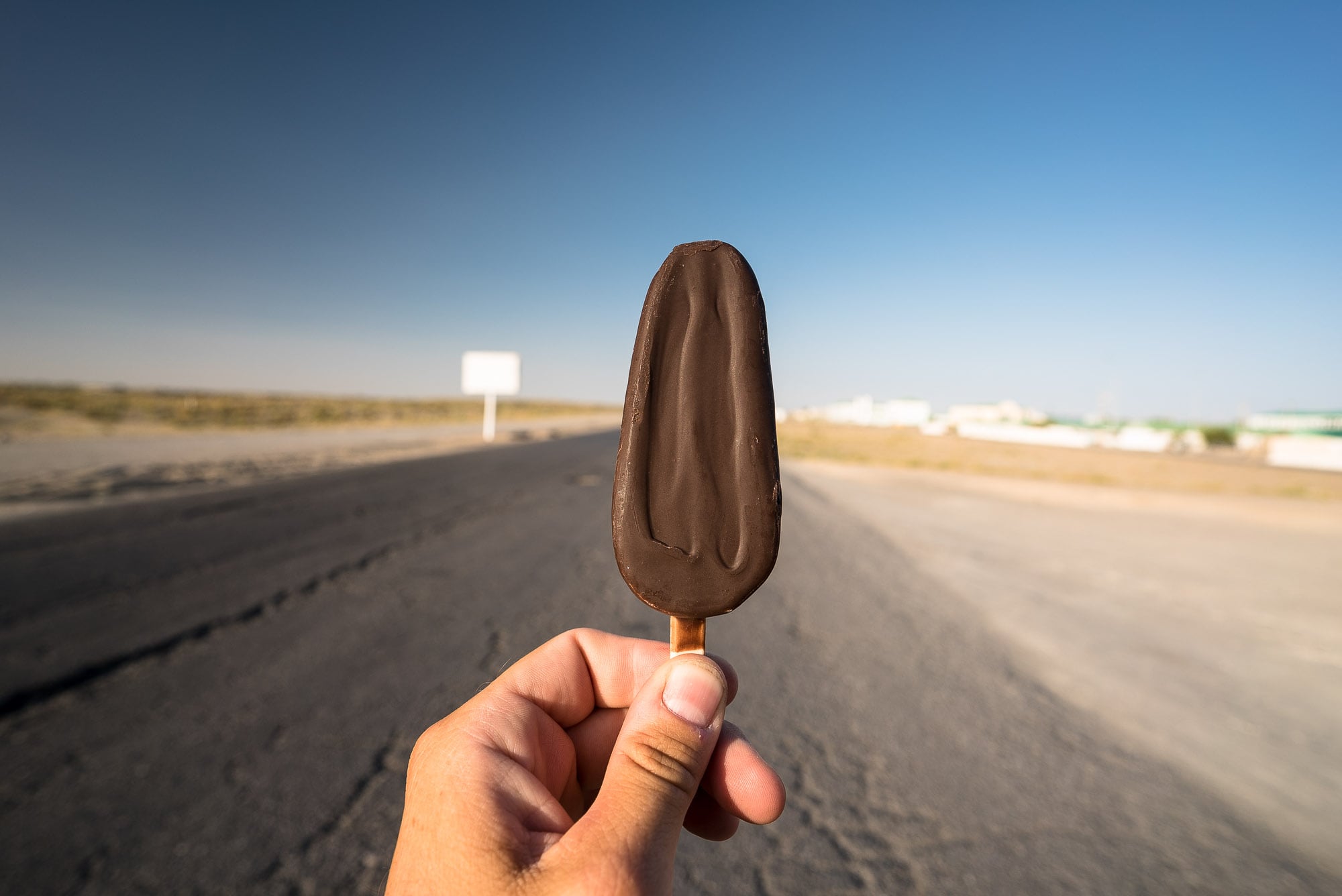 And then I went into a shop to look around: 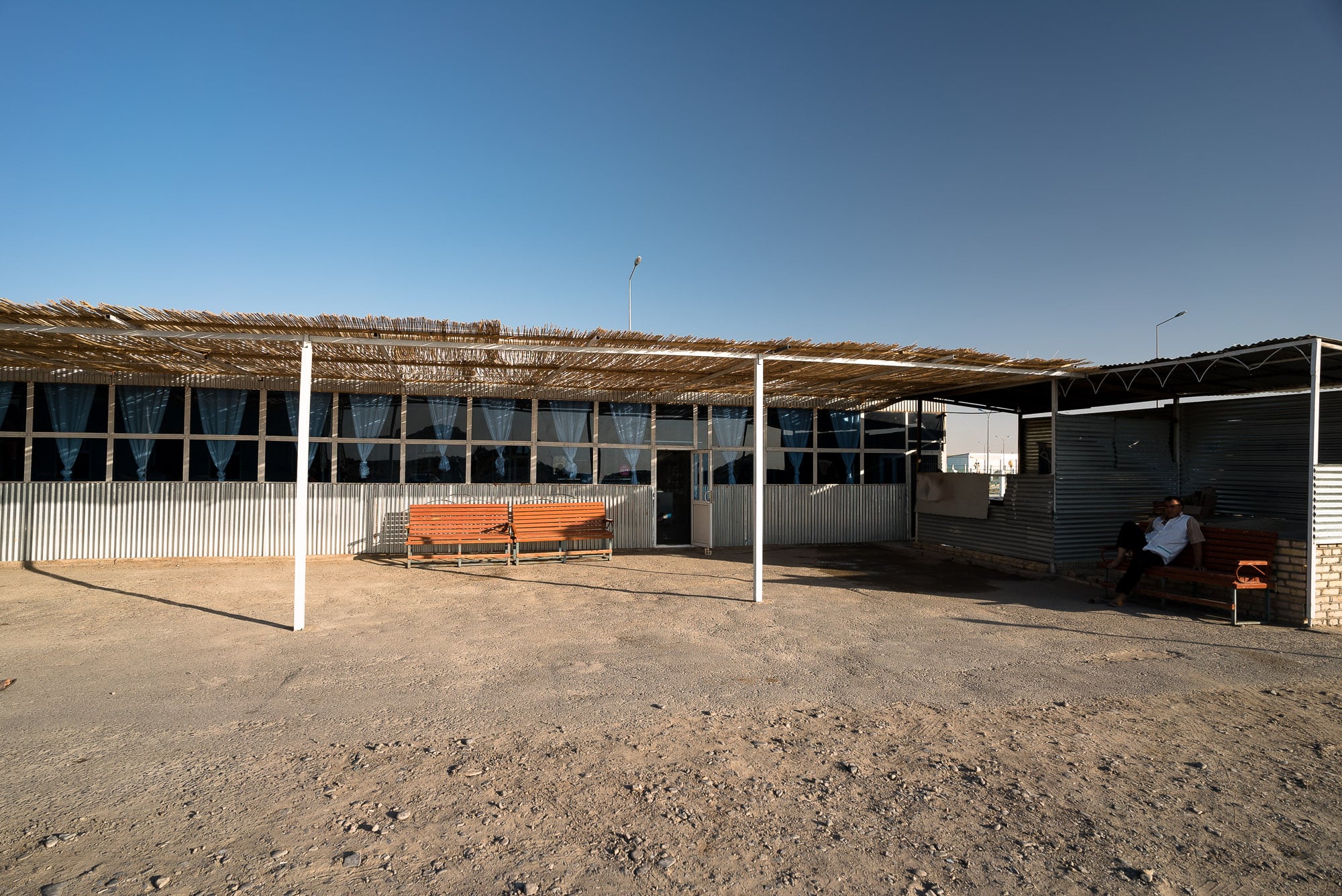 It was actually half restaurant half shop: 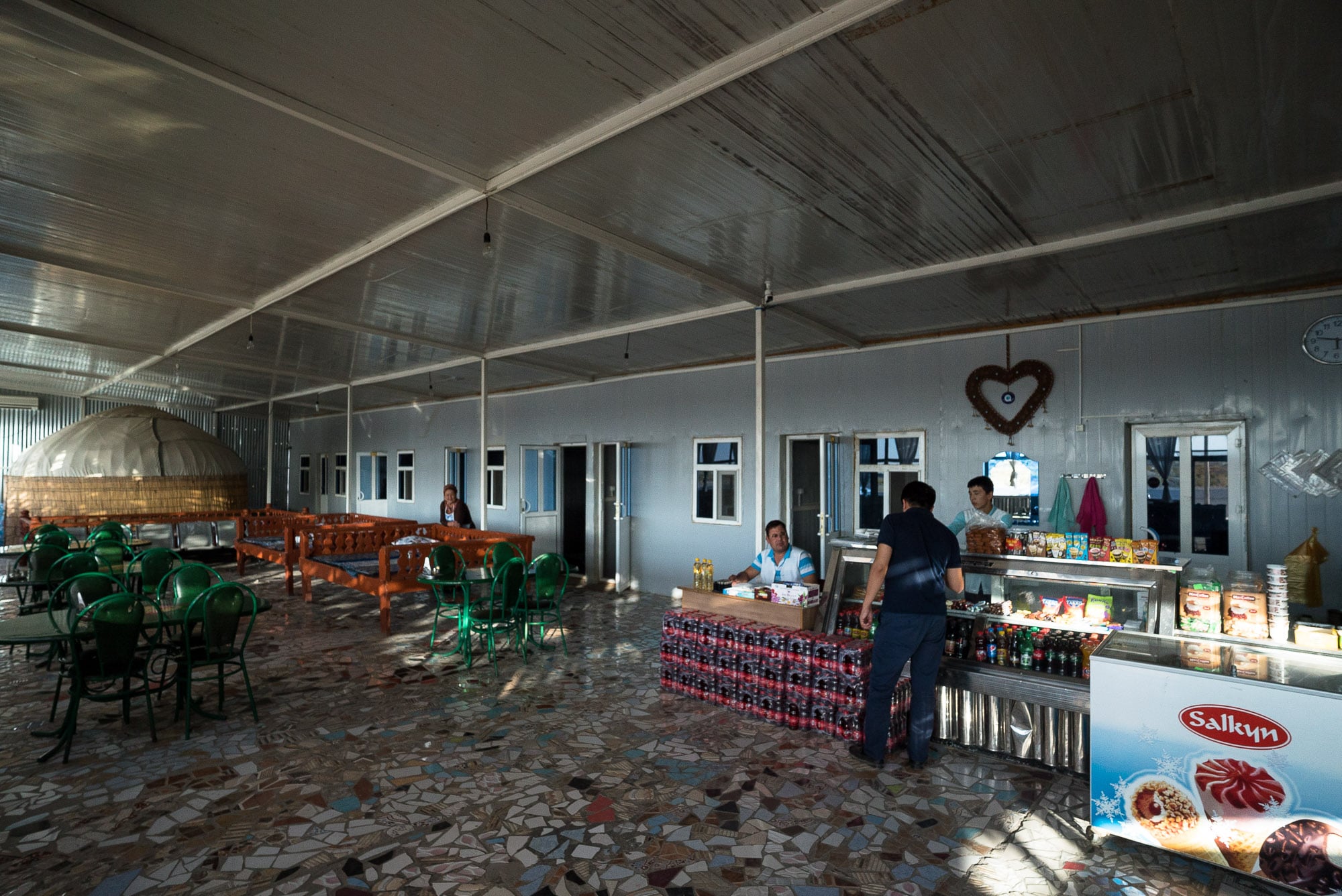 And it didn’t have too many products you could buy: 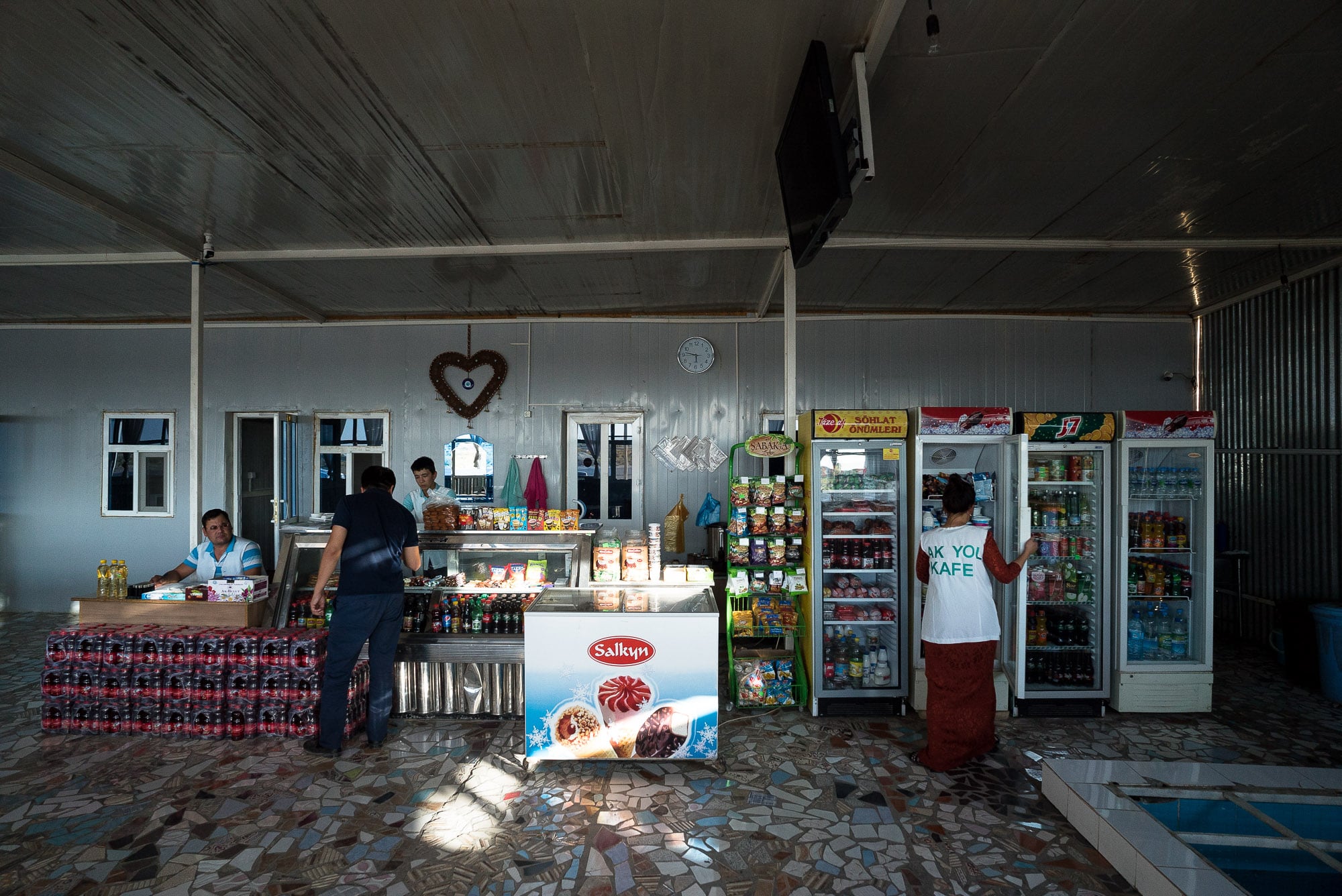 But I got a cold coke, which was absolutely awesome in the afternoon heat. And I noticed that it had an advertisement for the Asian Indoor and Martial Arts Games in Ashgabat on it: 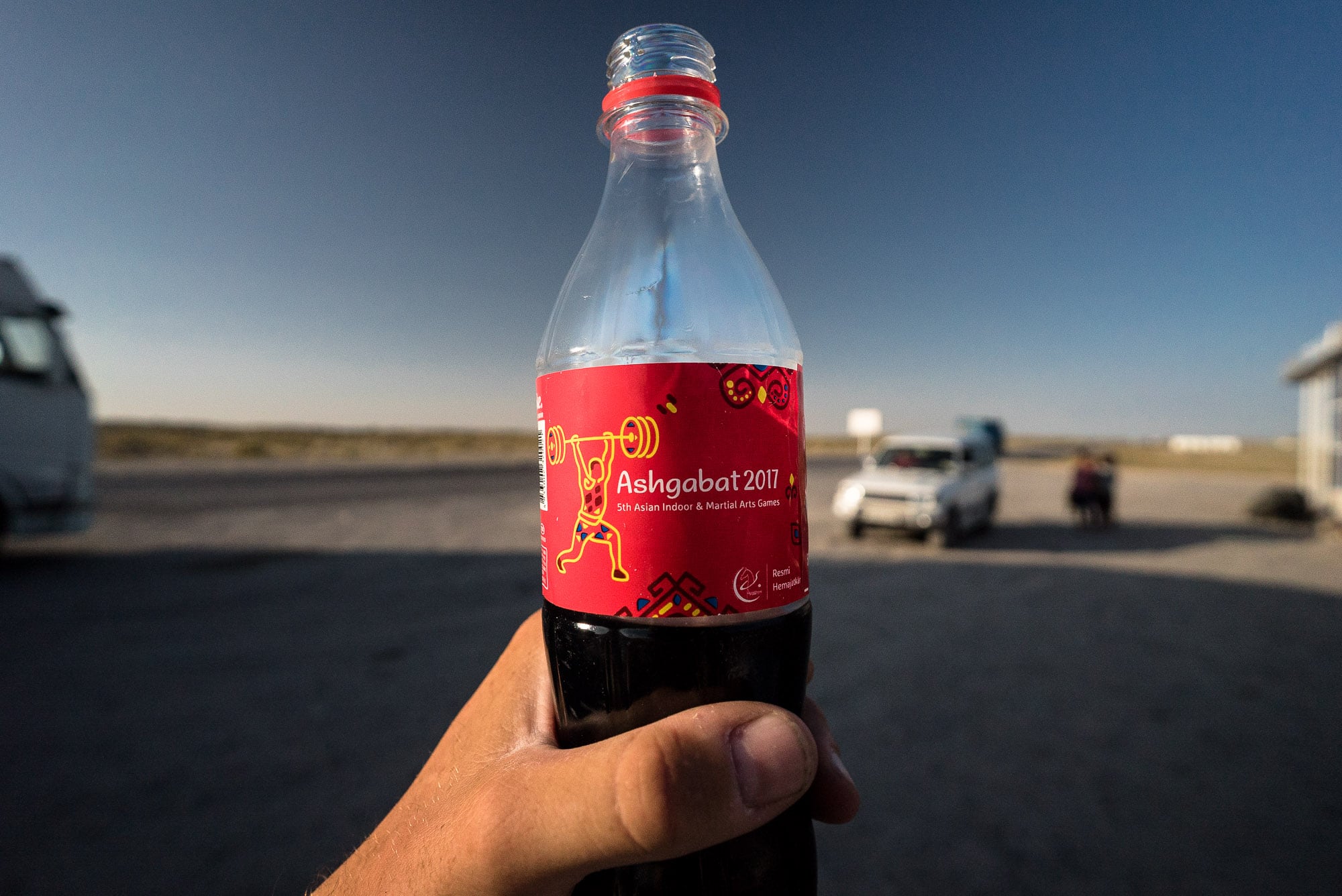 It seemed as if everyone in Turkmenistan was very excited about those games. They were to start on September 17th, and people often asked me if I would go see them. Sadly, I wouldn’t. 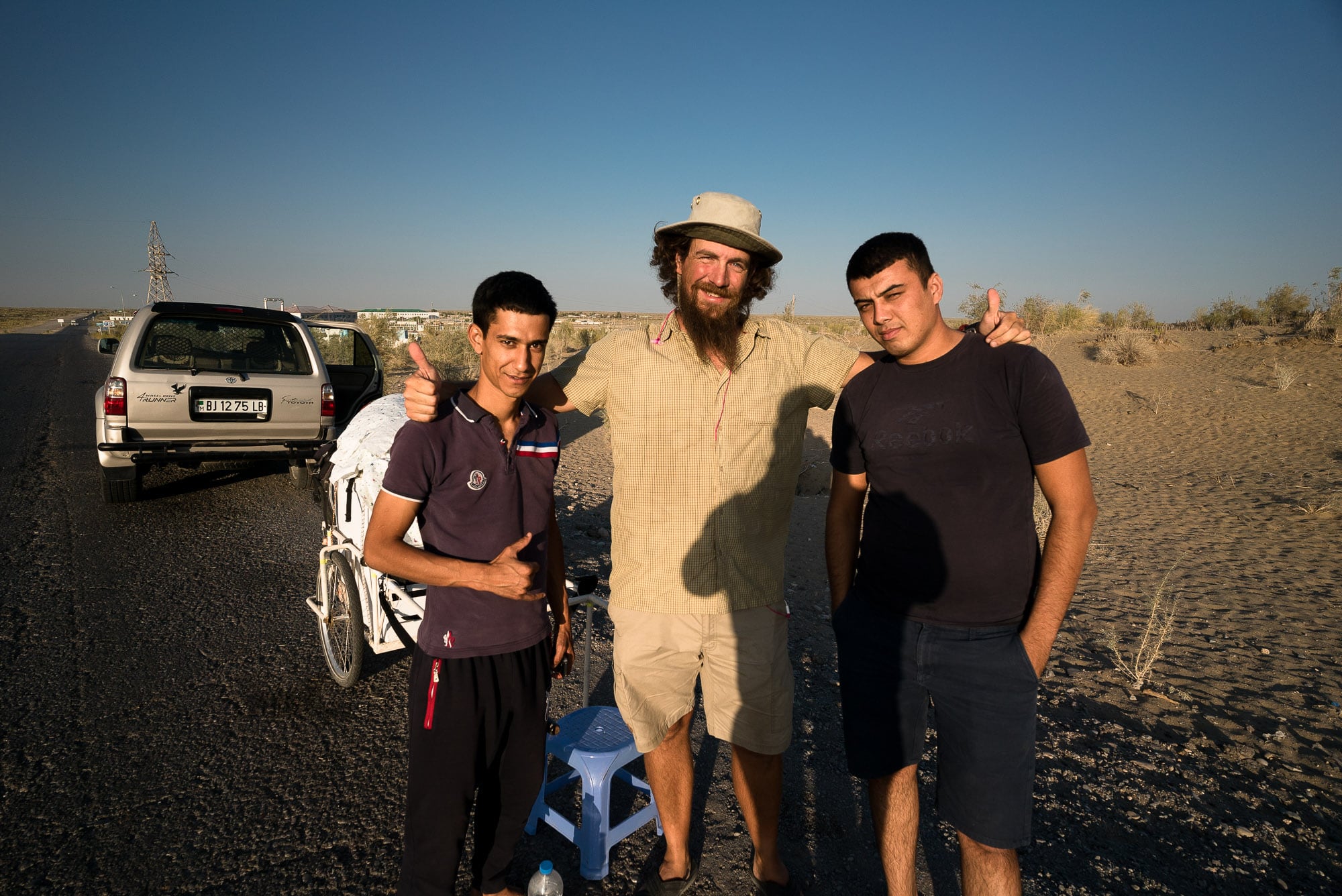 They seemed very astonished that anyone would not go see the Asian Games.

But I had other things to do, and I was on a tight schedule. I had to walk along with the setting sun: 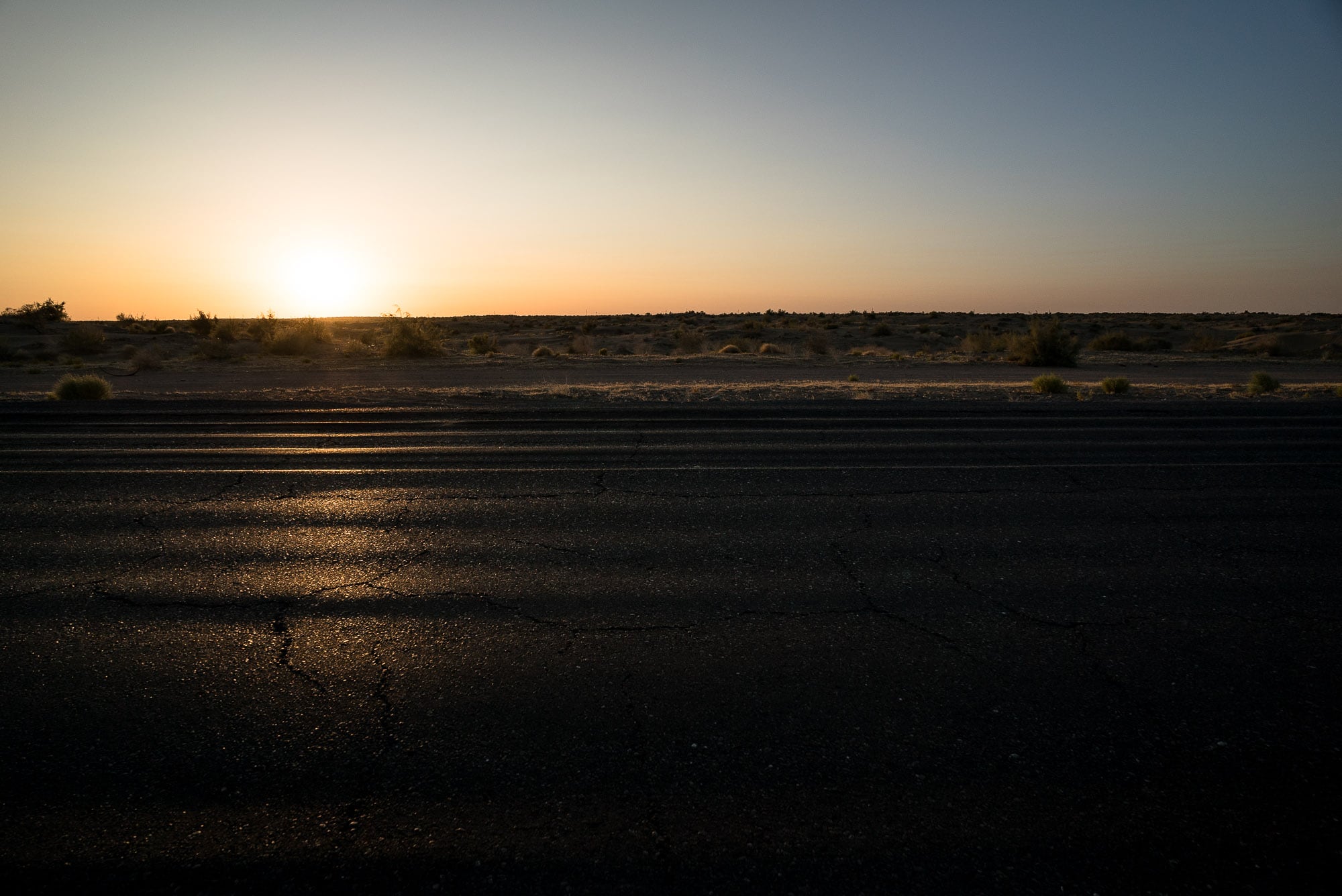 These guys were apparently having a hard time out there: 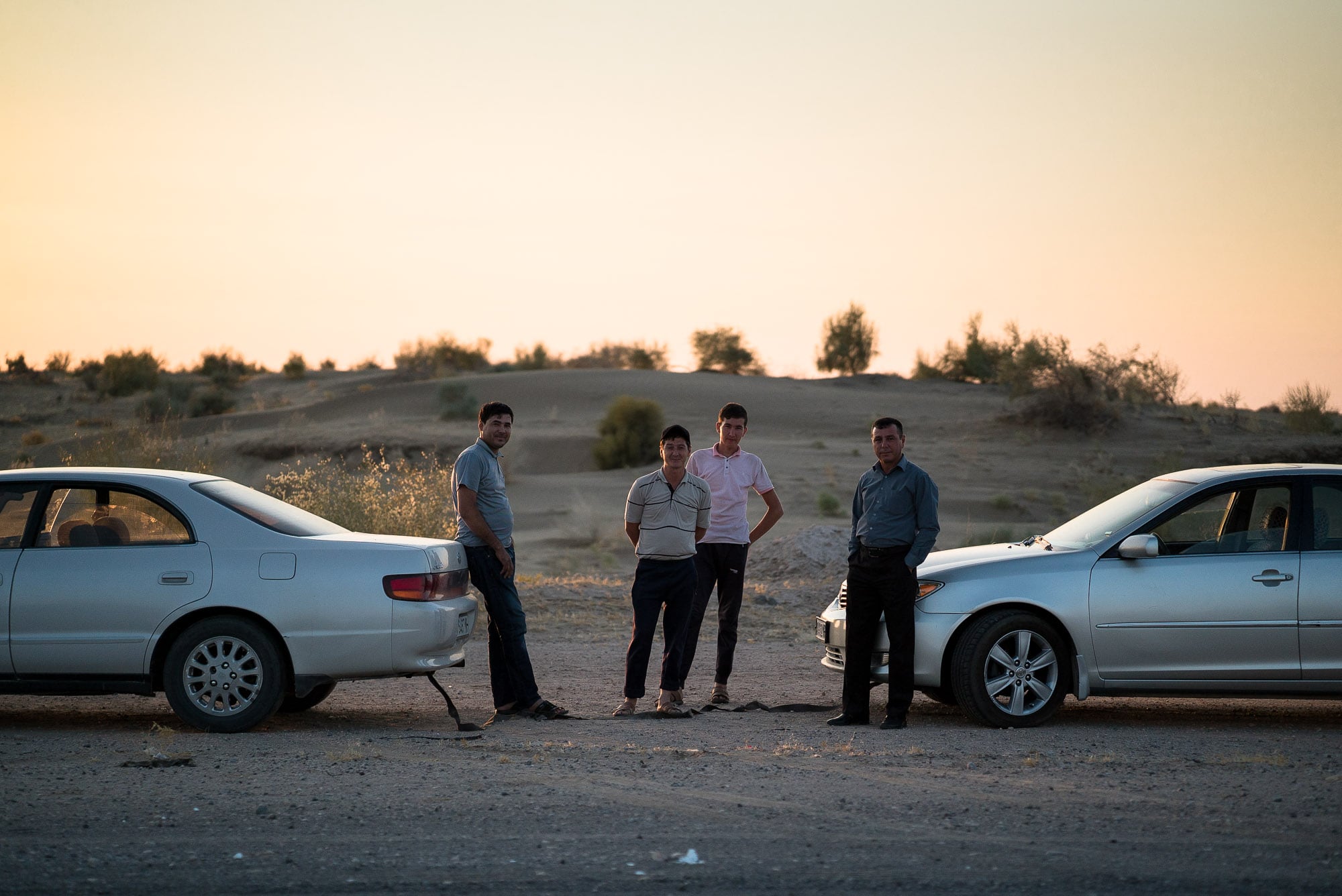 But we took a fun selfie nonetheless: 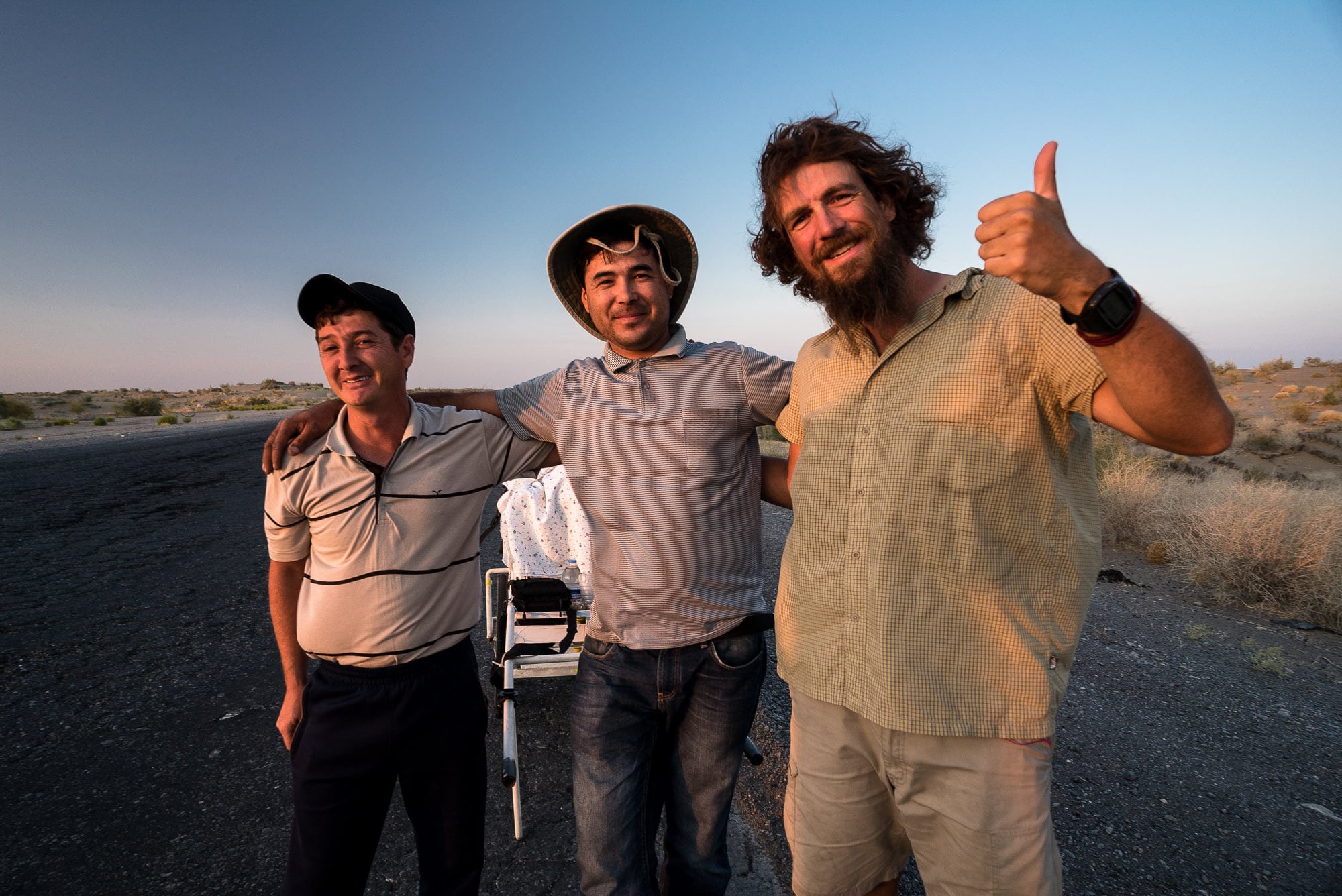 And then, at about seven in the evening, after another 35+ kilometers in my slippers, I arrived at our camp. It was in the dunes, and it was very quiet, with only the occasional truck roaring past in the distance. We had our vegetable stew, which was awesome as always. And I pitched my tent under the stars.

Only today, I left the light on for the picture: 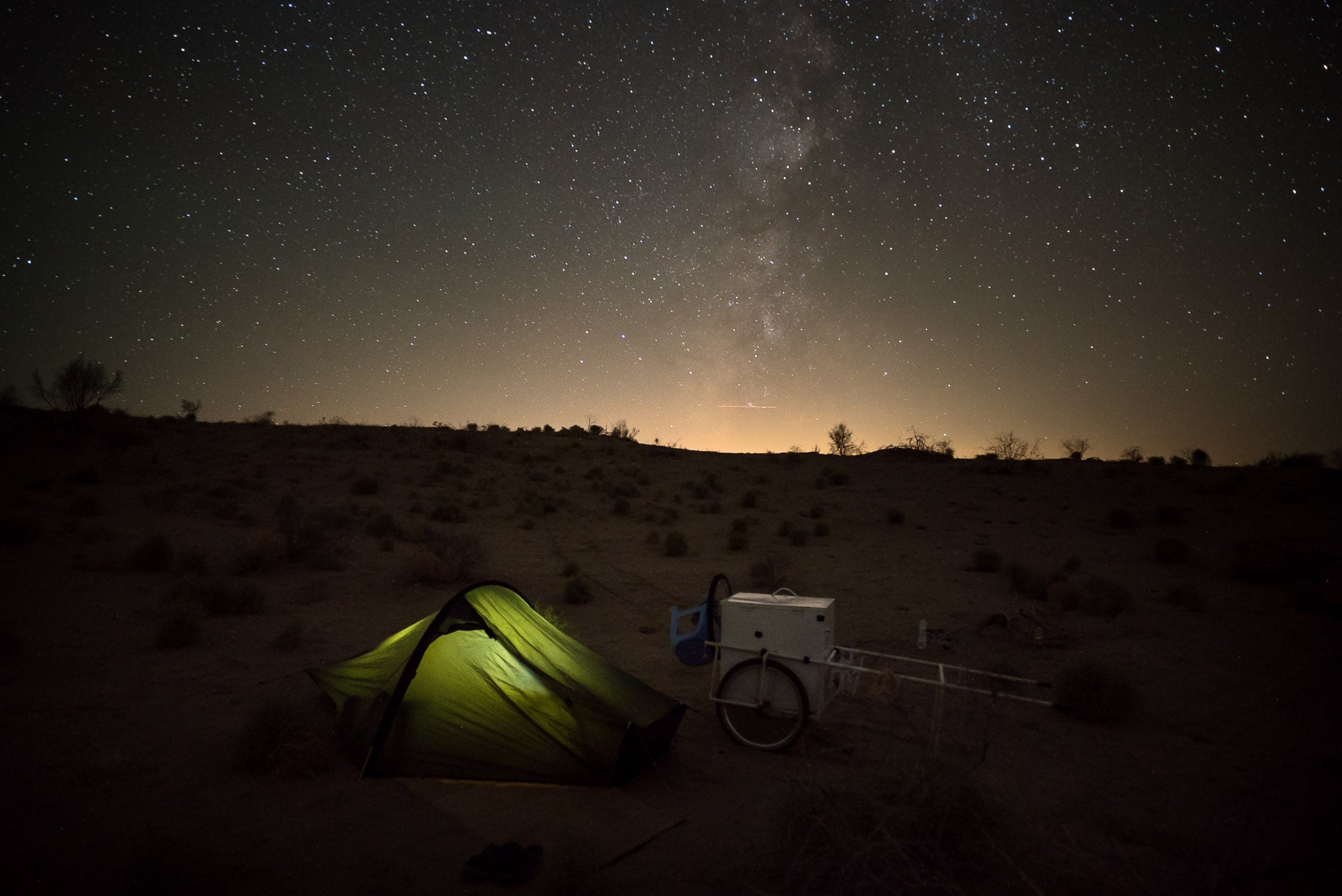 Looked much better this way.

Day 867
from the starry place to the quiet place