I knew that the day was going to be long. So I got up early in the morning, when the hotel was still asleep, and I left the key in the door.

Then I got on the new road: 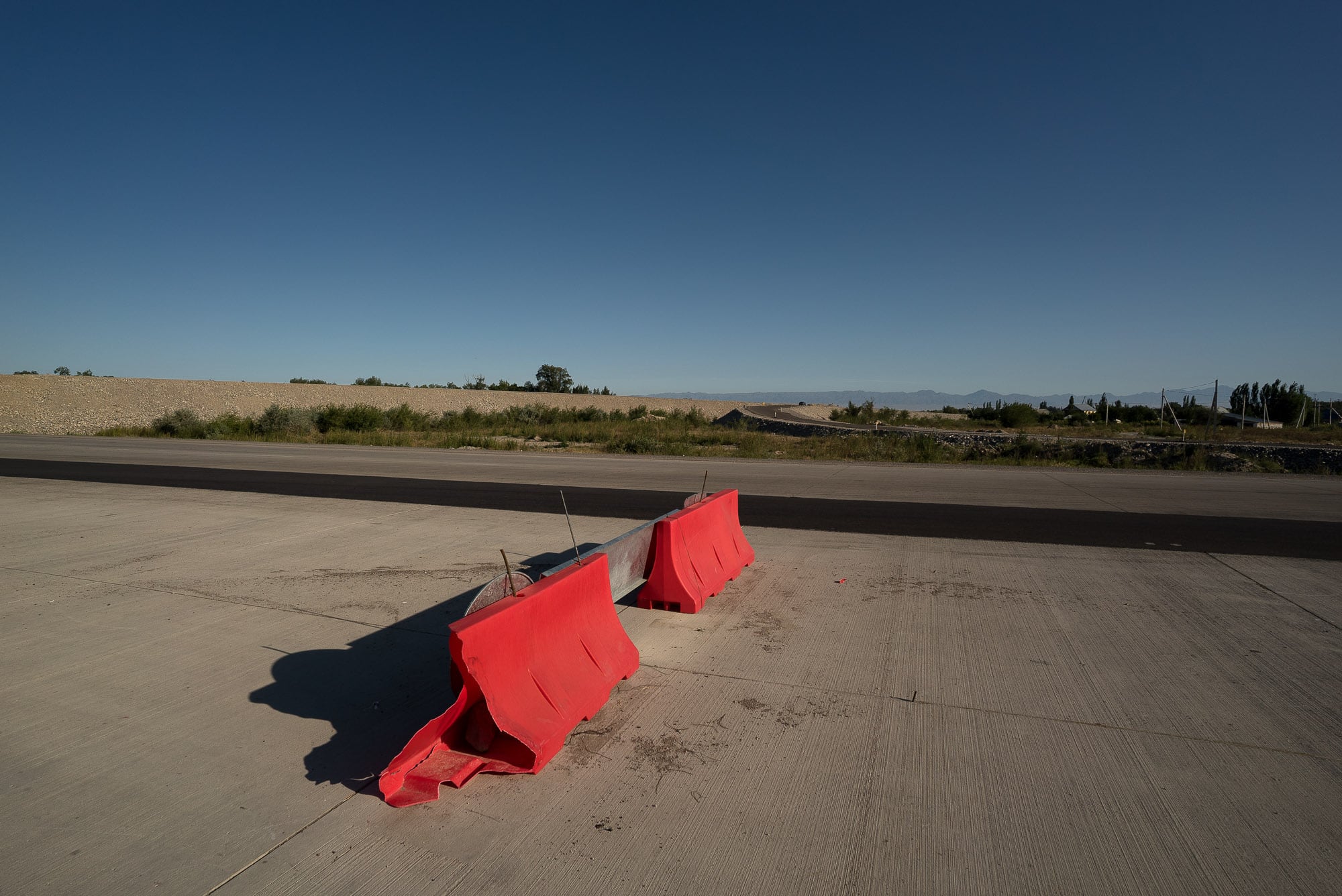 It was quiet walking. Good walking.

One time I passed a graveyard: 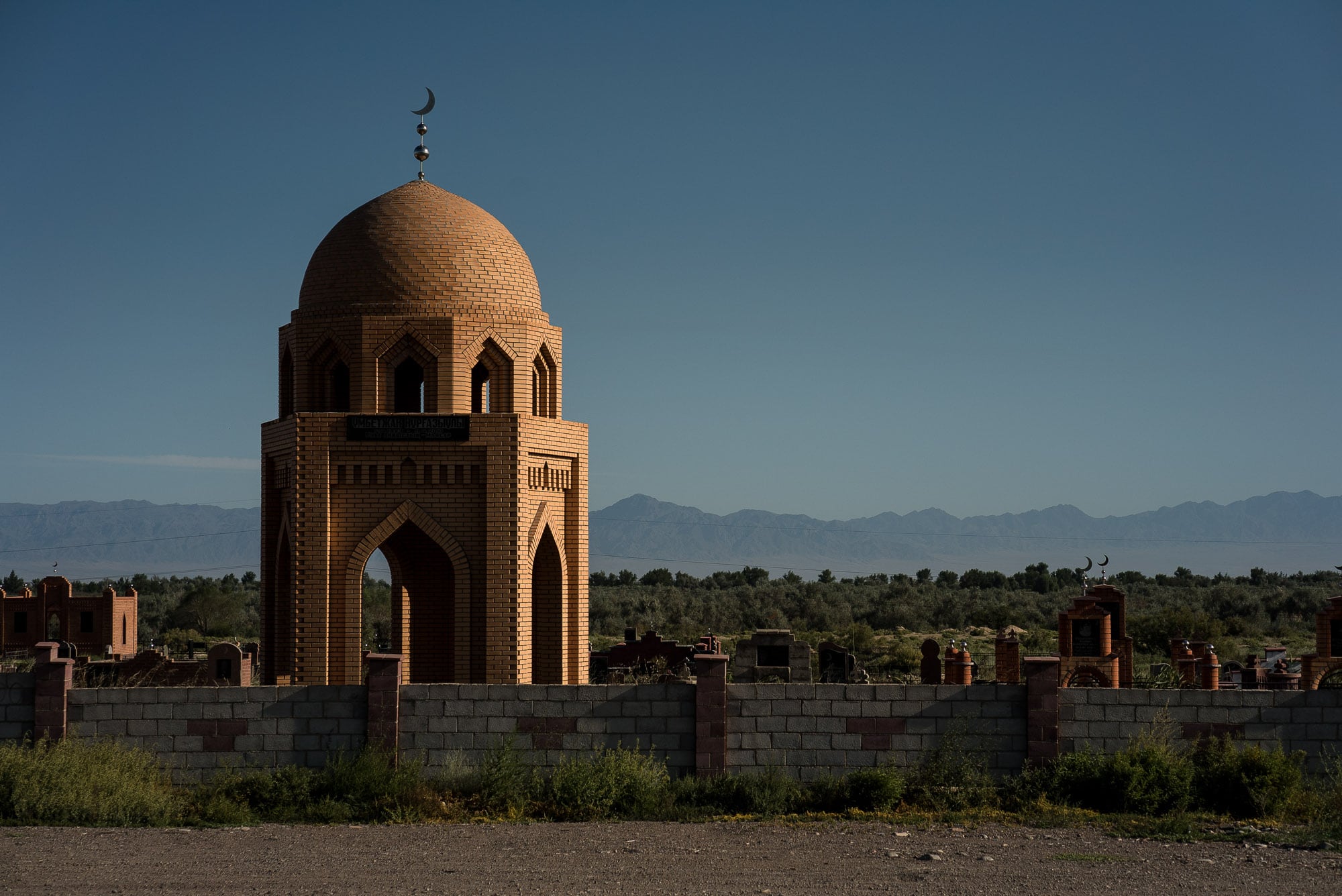 And sometimes I saw a few houses in the distance: 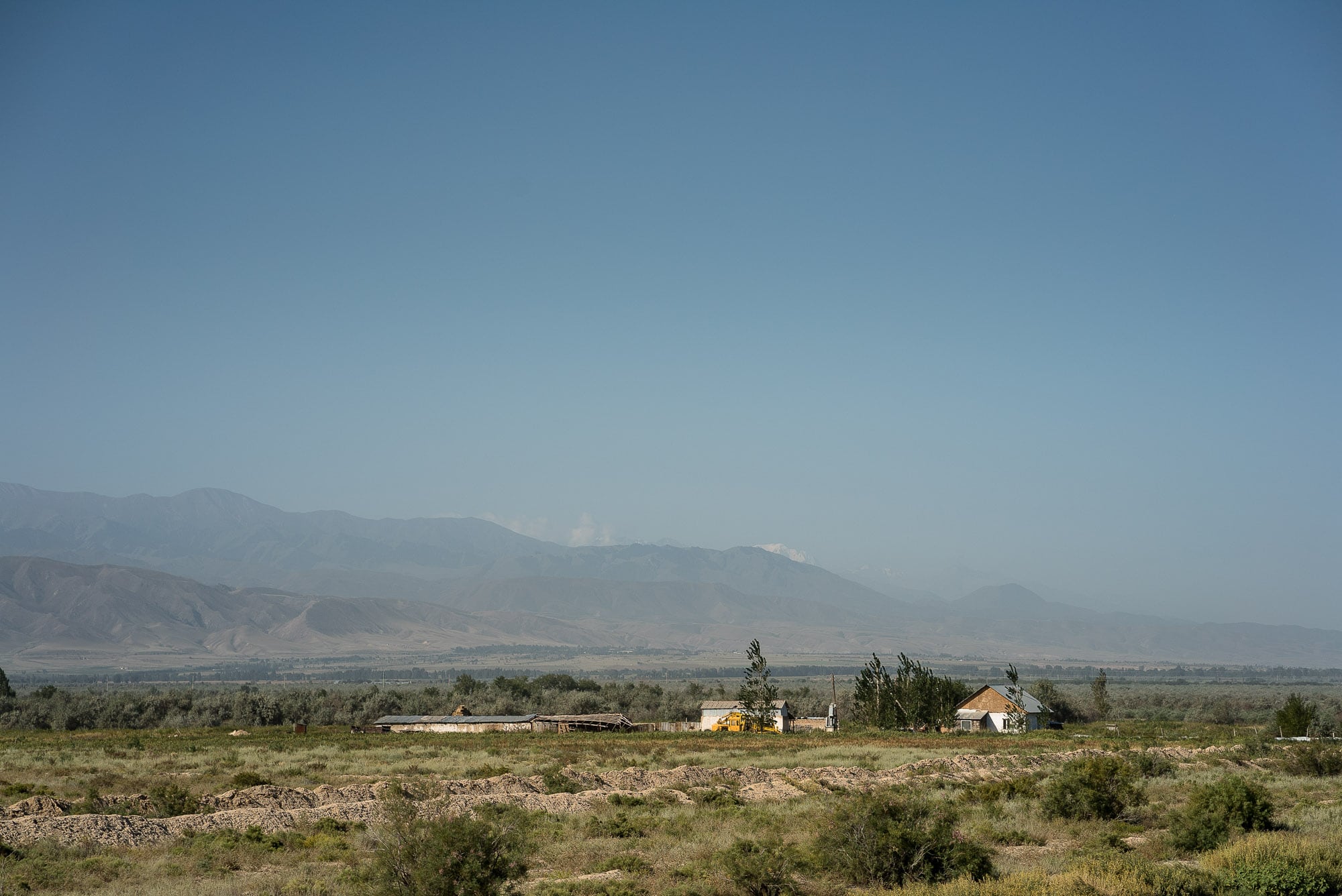 Then the new road stopped, and I was back on the old regular road: 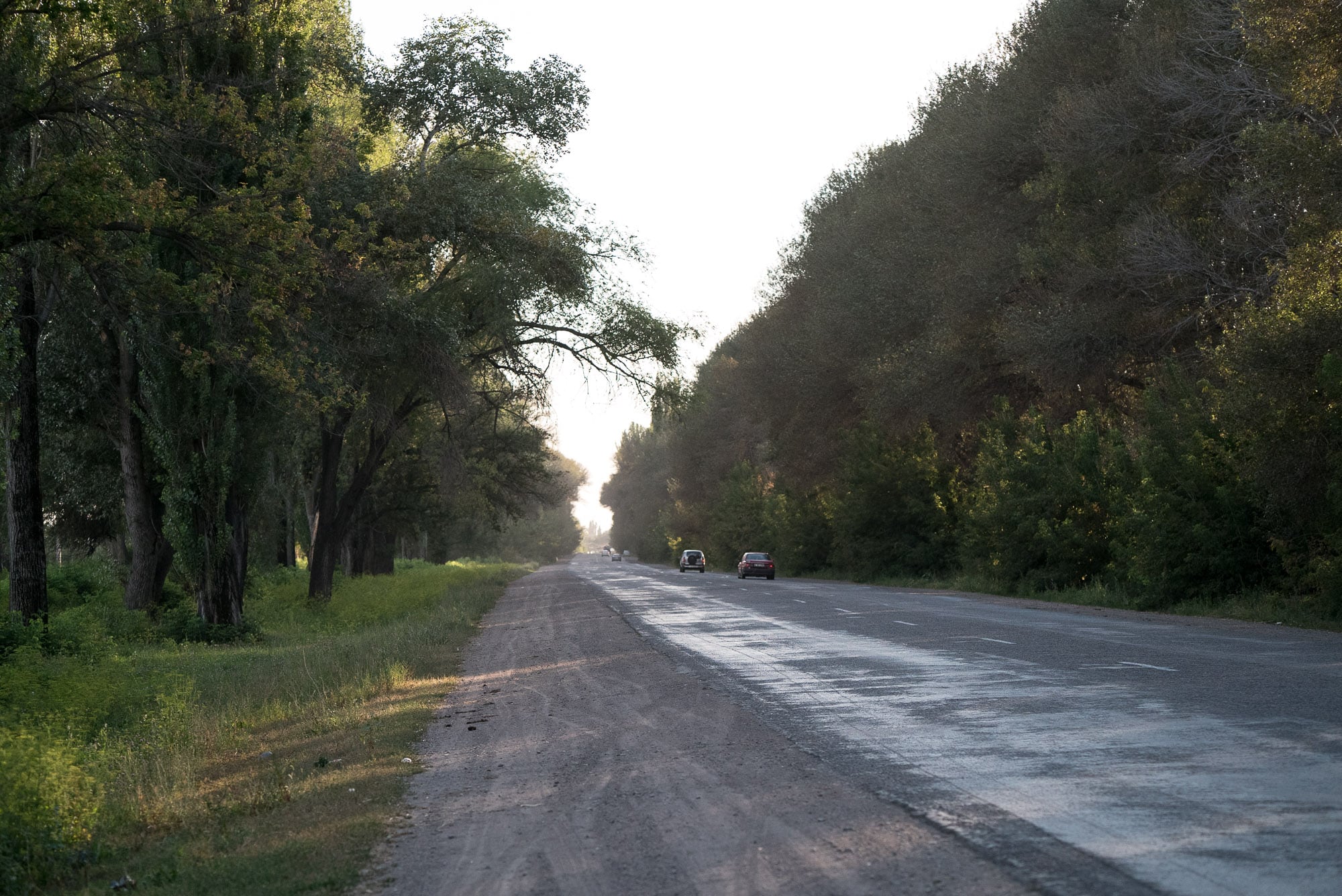 I was much closer to traffic now, which wasn’t that nice. I know it doesn’t look like it on the picture, but believe me, there were a lot of cars on that road.

But it was okay, because sometimes I saw a few cows: 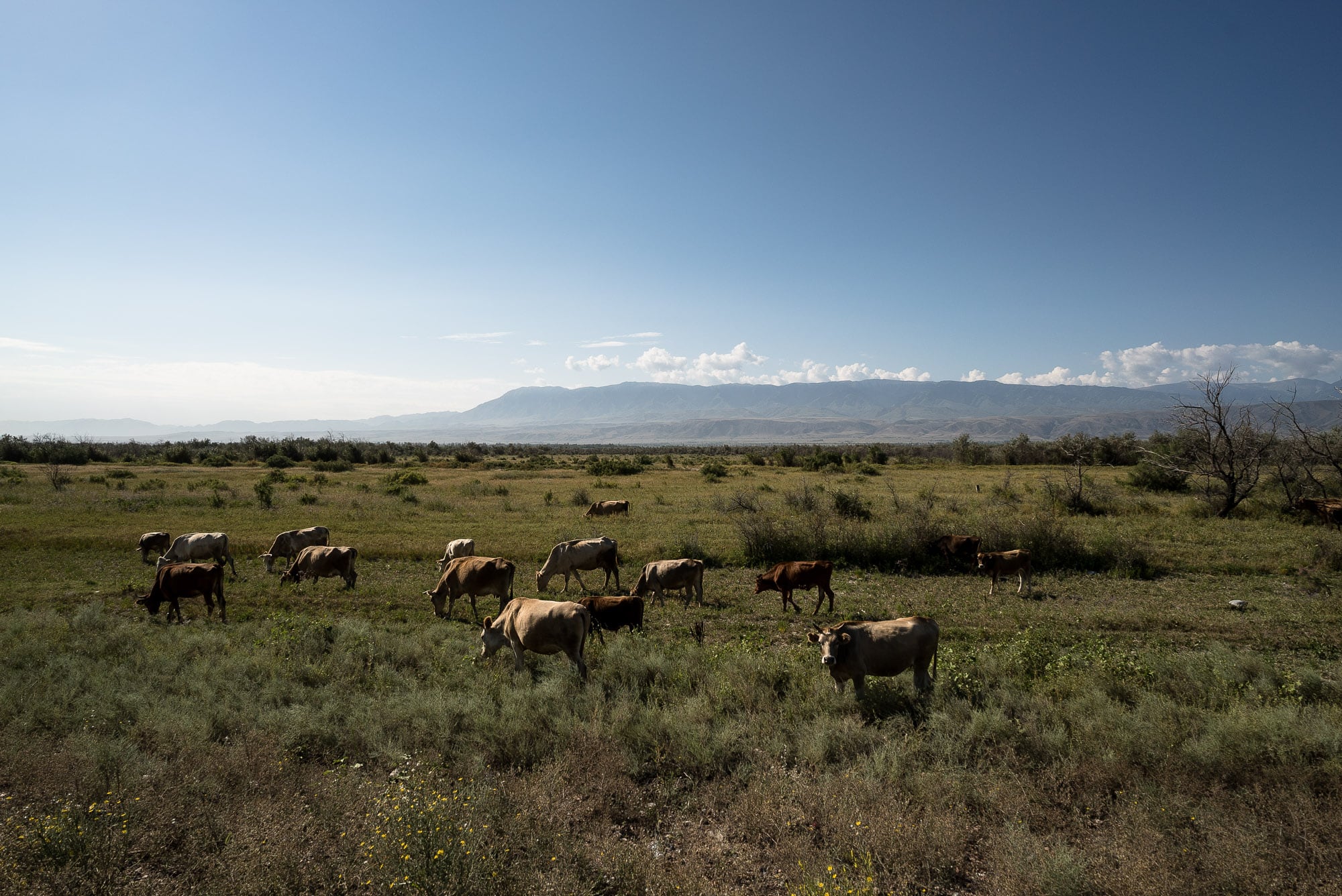 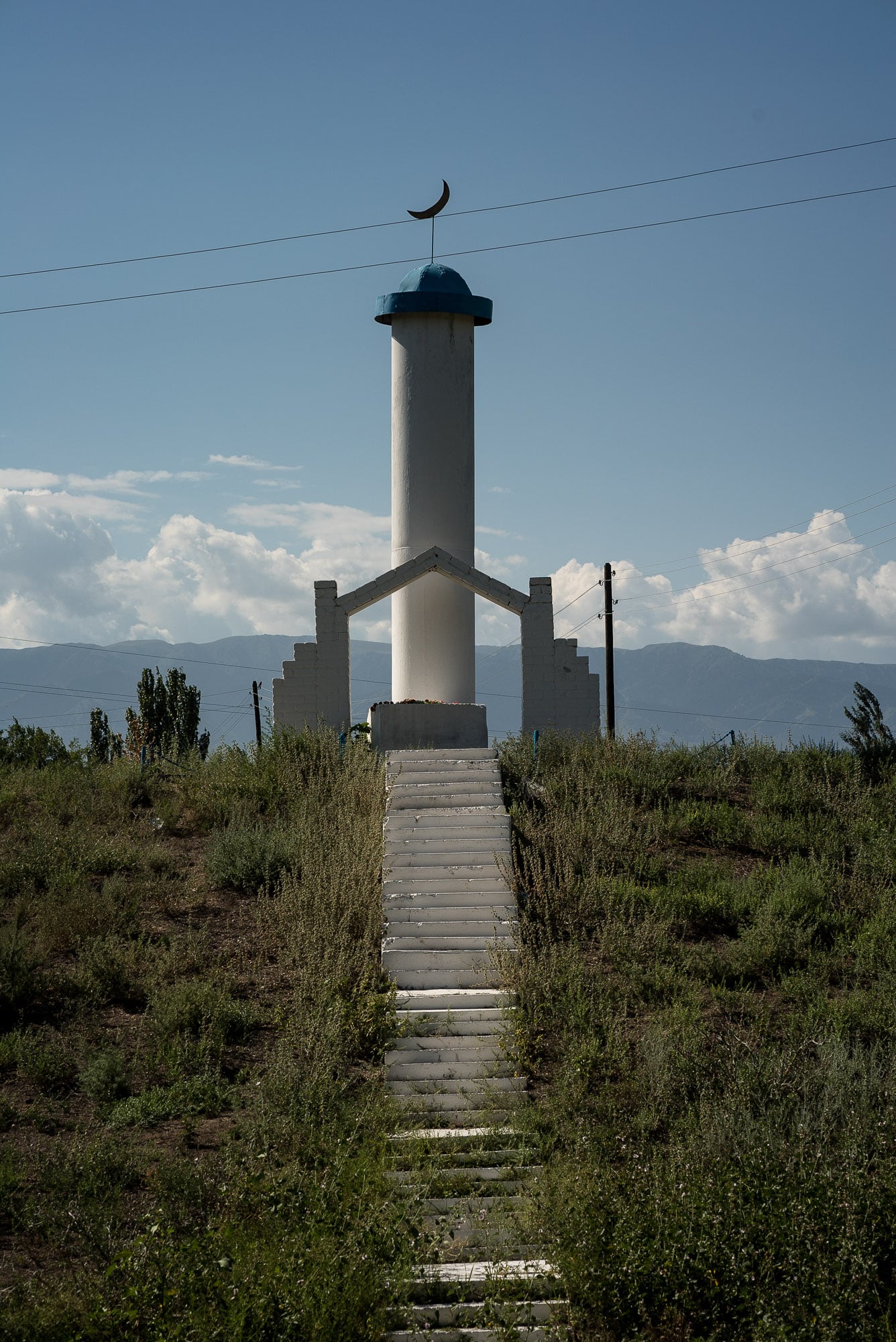 Or a shashlik stand:

There were not many people on the road. Cars, of course, many many cars. But no people on bicycles and no people walking. Not even people on donkey carts.

There was one exception though. This gentleman: 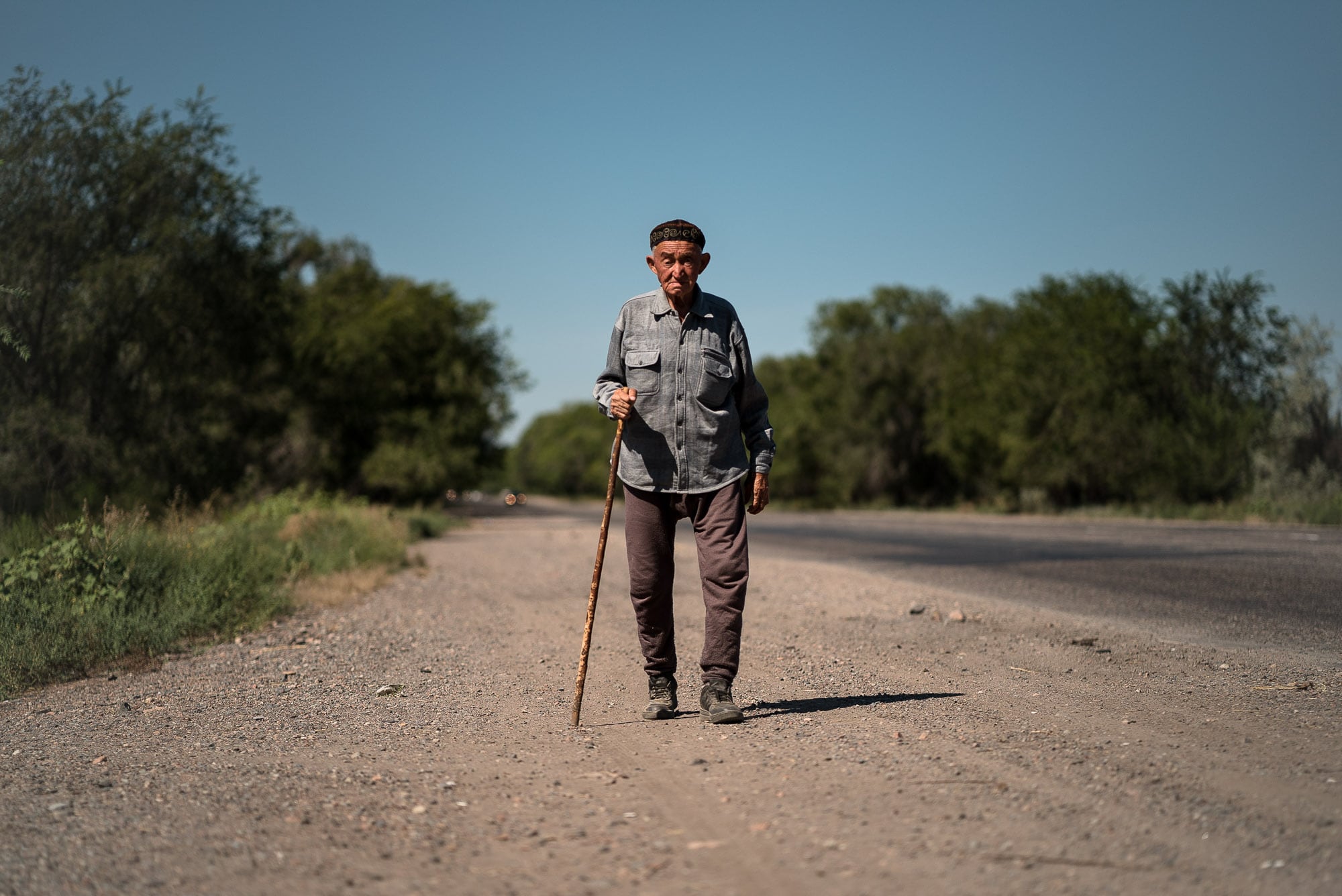 He seemed to be even slower than me.

When I noticed a path under the trees next to the road I happily took it: 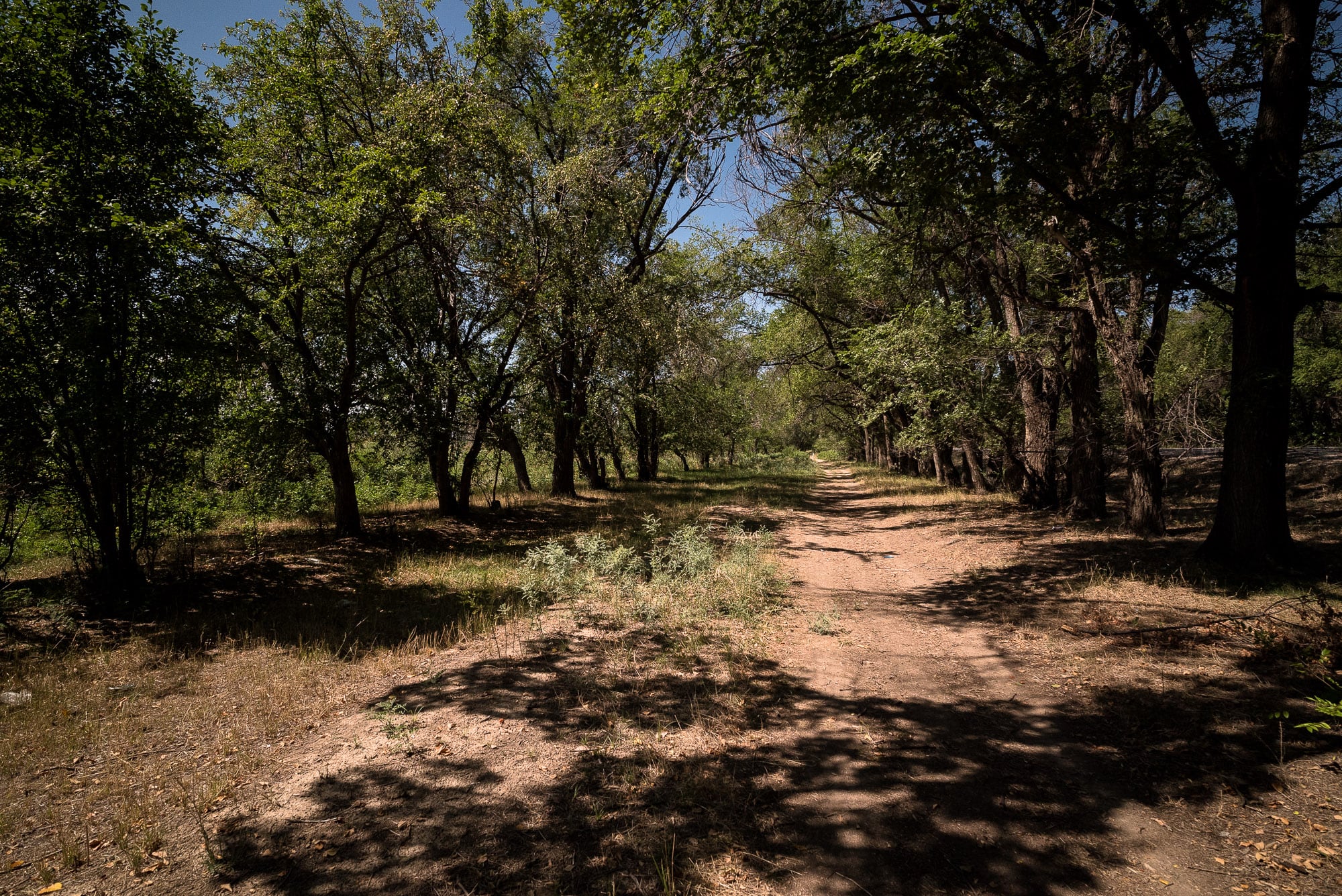 That’s when I saw this big tree: 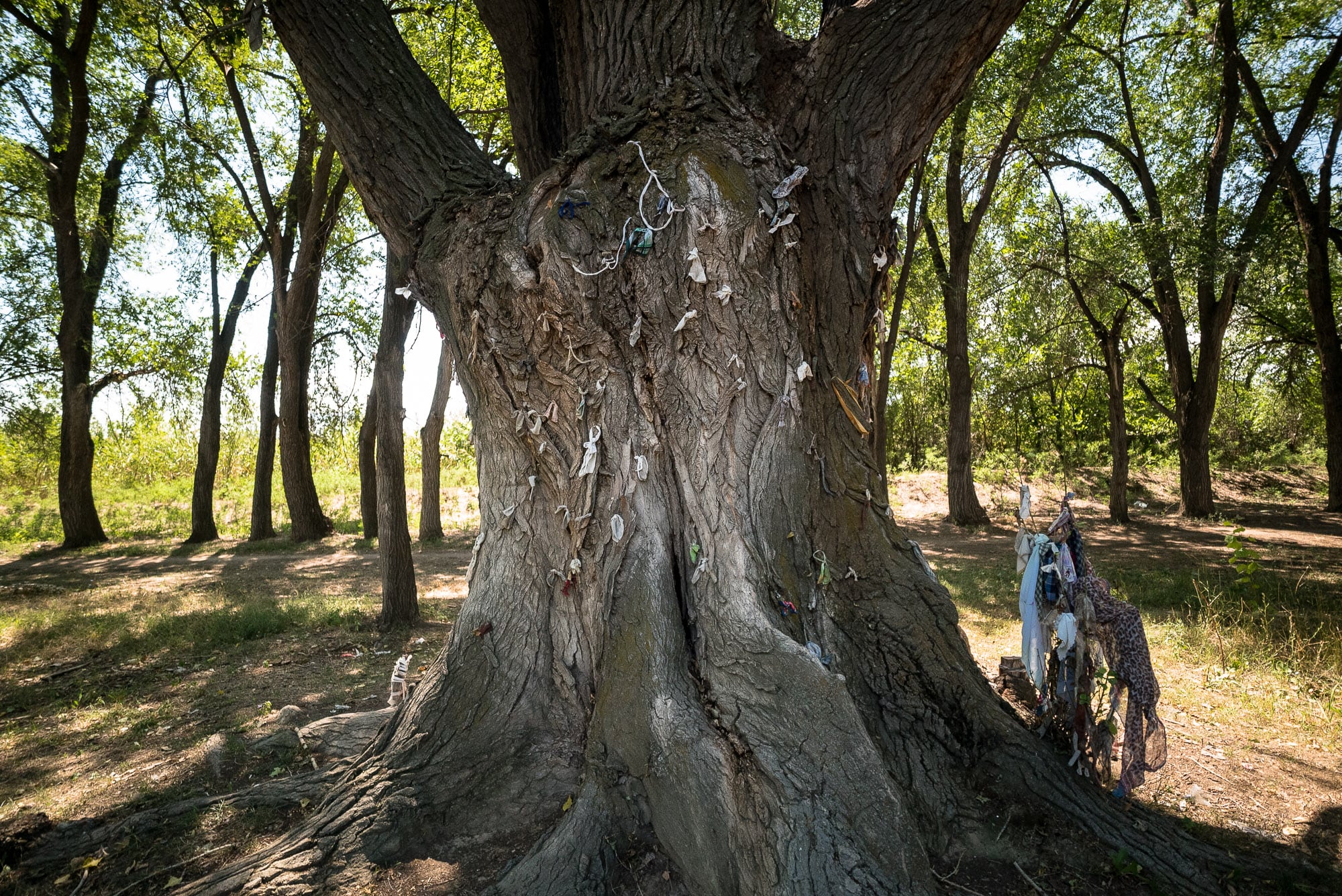 It stood there among the other trees, and it wasn’t just bigger than the others. It was also decorated with pieces of cloth. I had seen this before in China, but it was the first time I had seen this in Central Asia.

That’s when car pulled over, and a guy who introduced himself as Tahir got out: 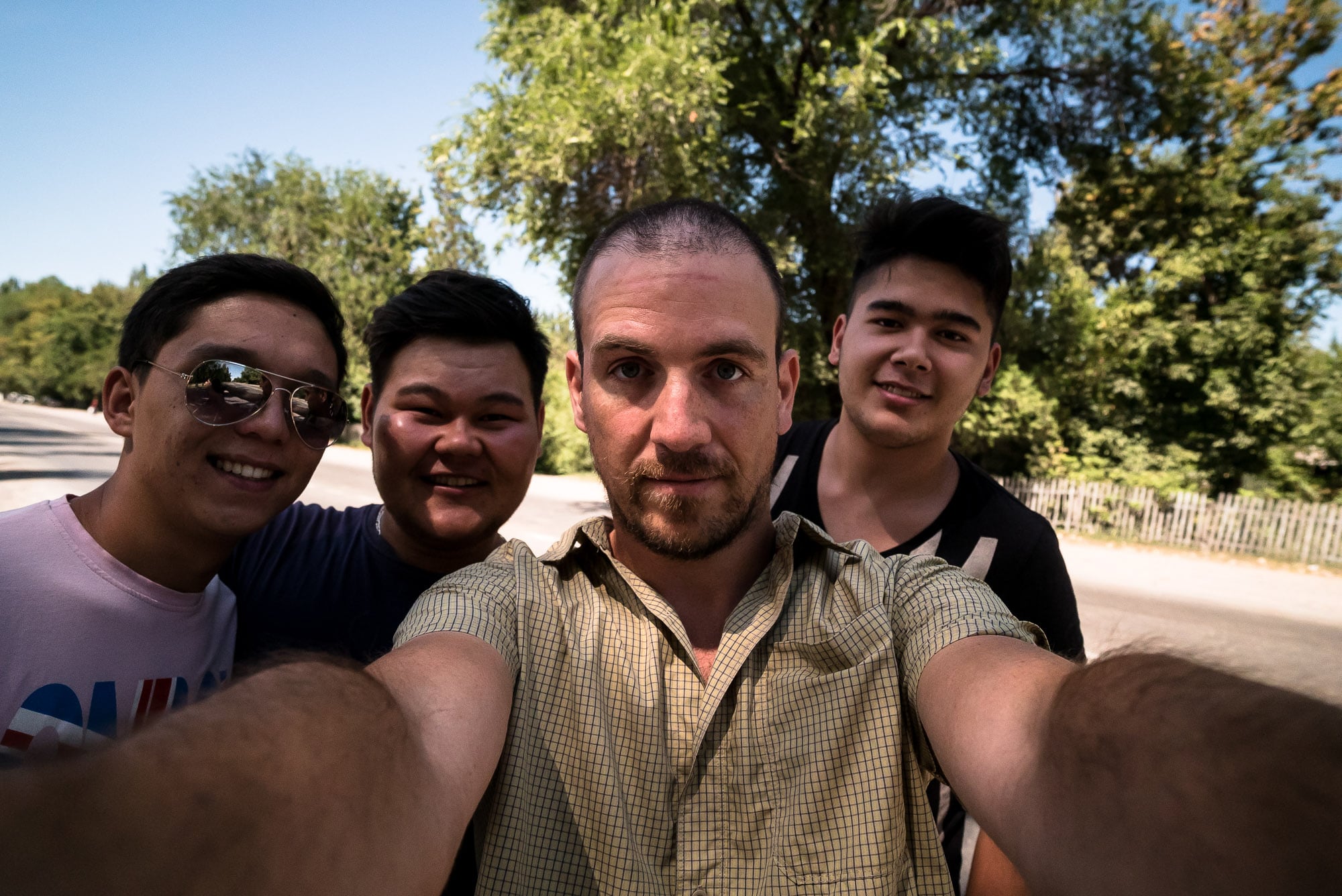 Tahir (2nd from left) had noticed me on the highway and stopped because he wanted to say hi. I asked him about the tree and, more importantly, about the pieces of cloth on the tree.

“Well, that’s our big tree.” he said and smiled. “It brings good fortune.”

I liked that idea.

But I couldn’t stay, I had to keep walking.

At one point I came to a street sign that pointed to a mysterious village called “Kazakstan”: 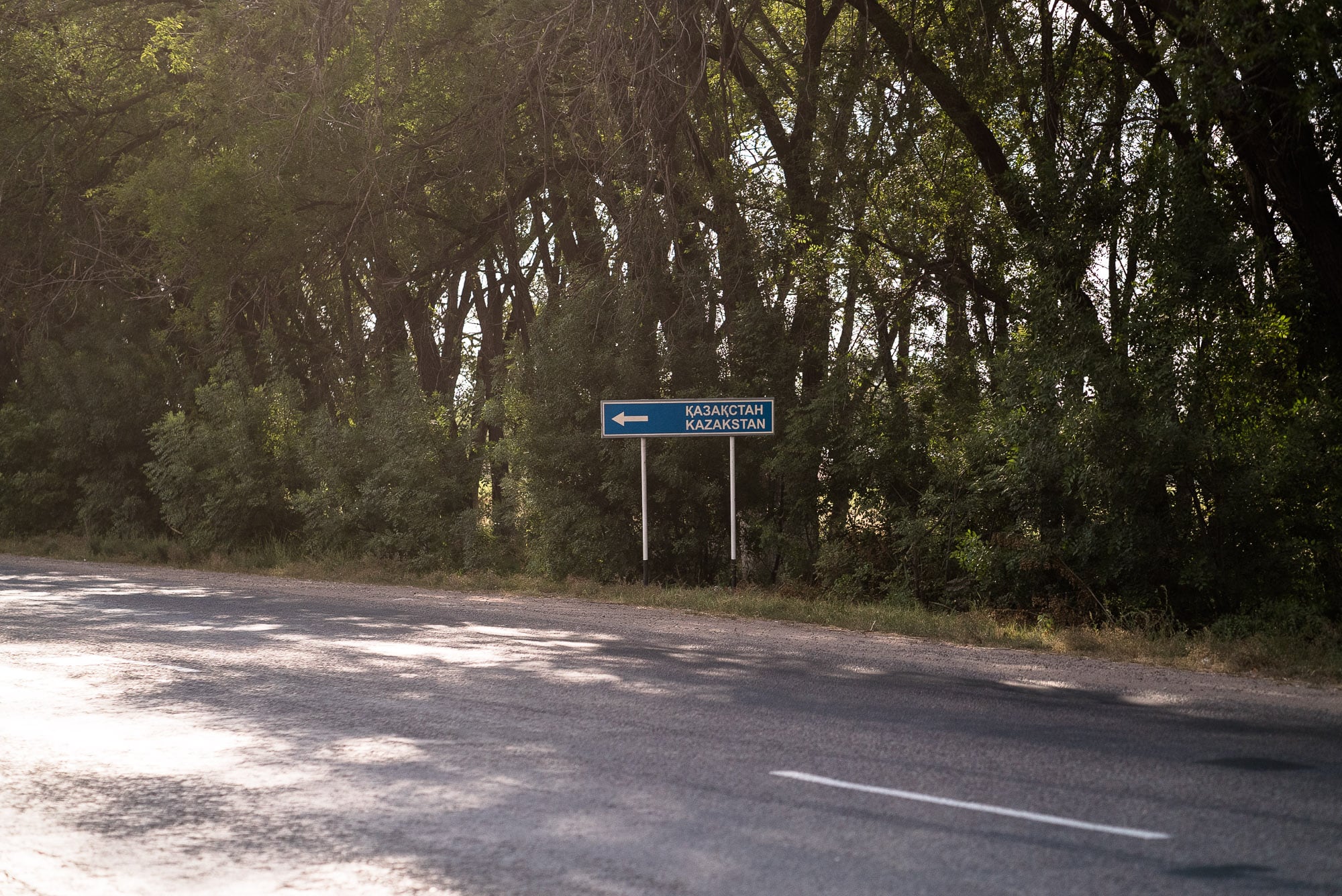 I was stupefied. Apart from the slightly different spelling, this was basically the equivalent to a (hypothetical) village in France called “France”, or “Portugal” in Portugal, or “Britain” in Britain.

Kazakstan wasn’t on my way though, so I didn’t go there.

Instead, I just shot a few photos from afar, and it seemed to be a fairly normal place: 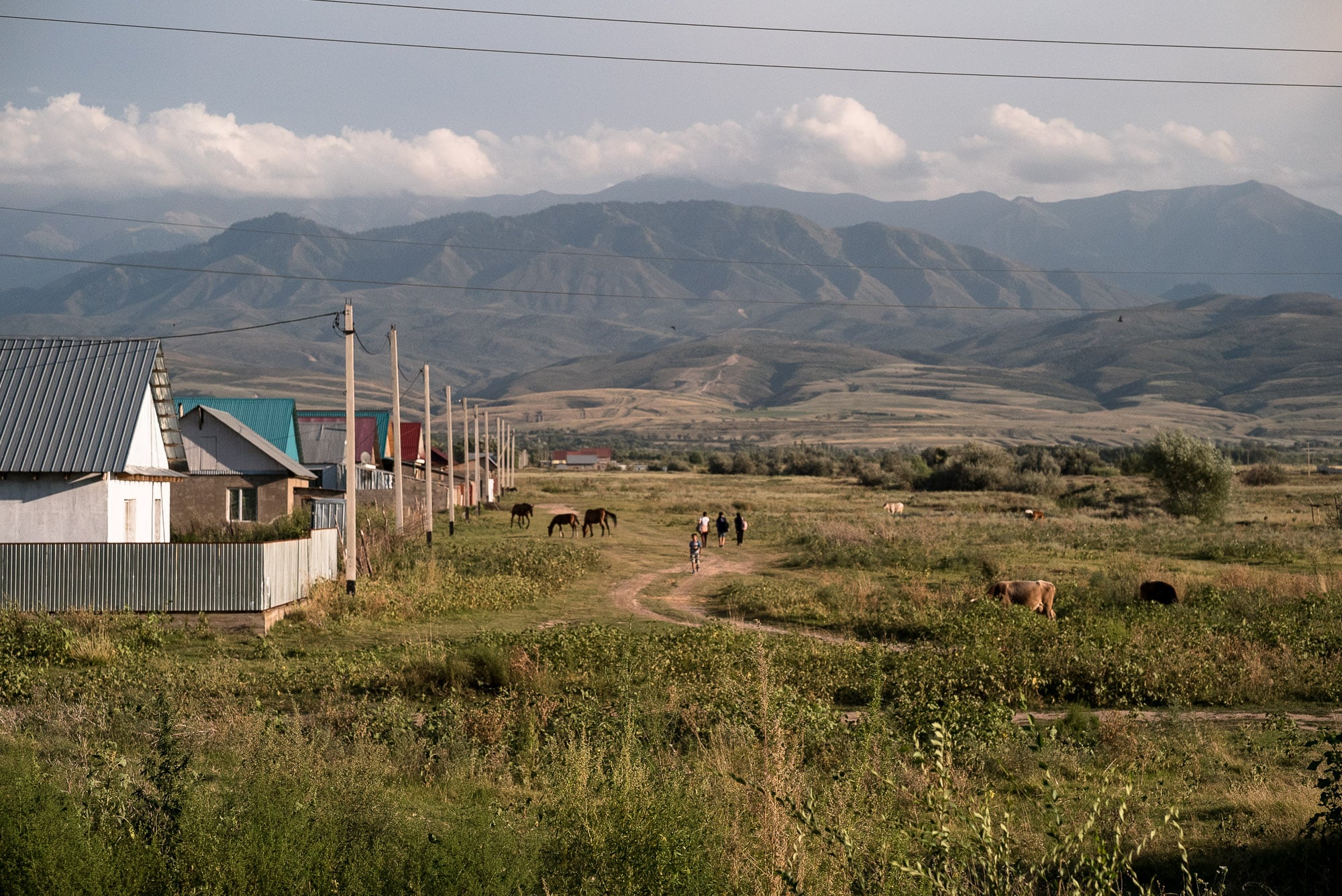 After all, there were sheep: 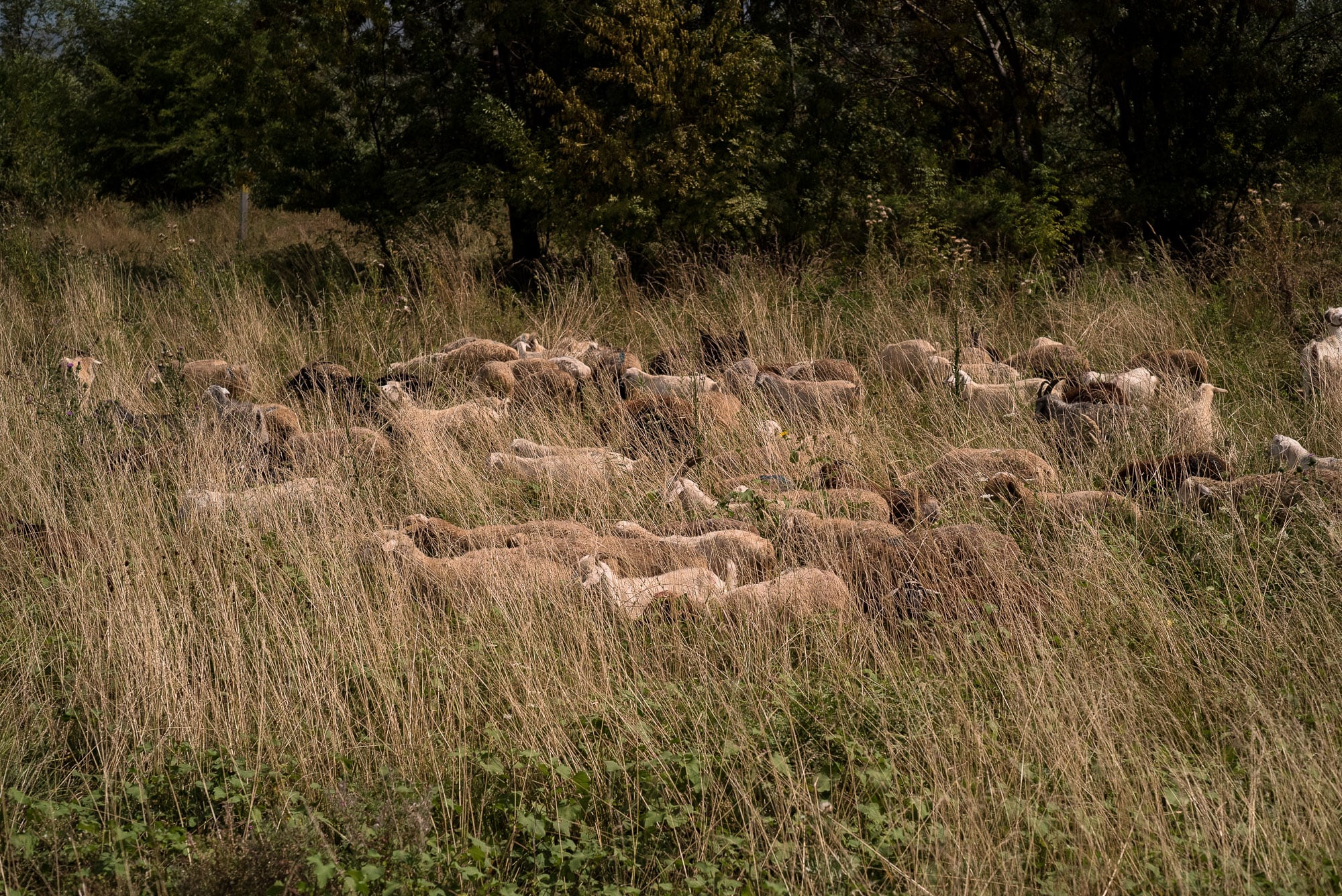 And towards the end of the day, when I was reaching the 50k and I felt very tired, I came to this little shop that had an armchair out front. I figured it was an armchair for me to sit on: 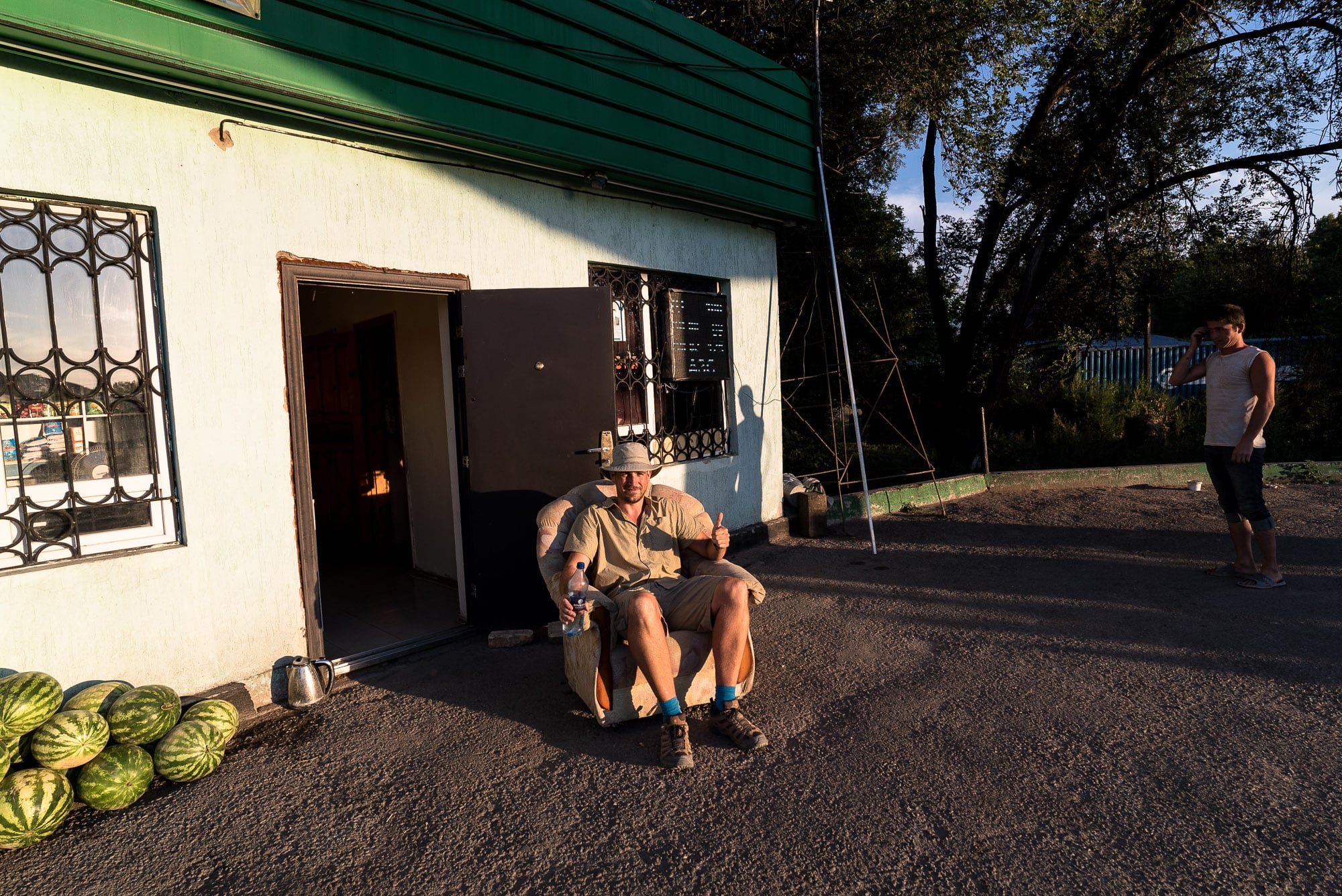 But I wasn’t quite there yet. I had to walk yet for another half hour, and then I was finally there, at the hotel Апельсин (orange) in a small village called Malovodnoe.

And there, I got “the other room”:

And everything was good.