I keep seeing these weird things in the desert. Like the upside down plastic bottles. Like the written notes hanging in the bushes. Like this thing: 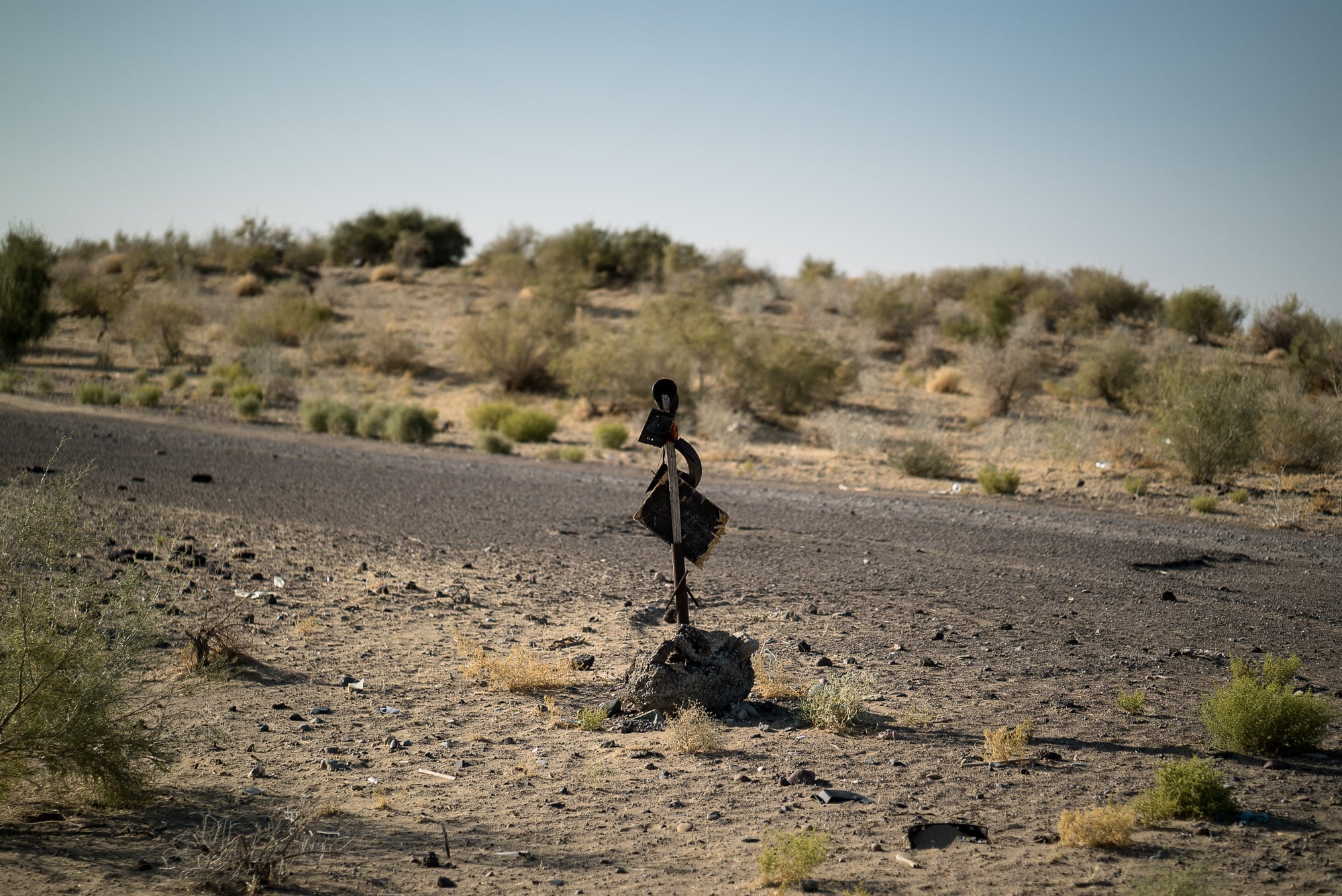 It’s probably far from the truth, but I like to think that the desert inspires people to express themselves artistically. A truck driver spends hours and hours on the road looking at sand, and then suddenly something overcomes him, he slows down, dust rises up as the truck comes to a halt, and he sets out to create a piece of art.

Maybe it was this guy: 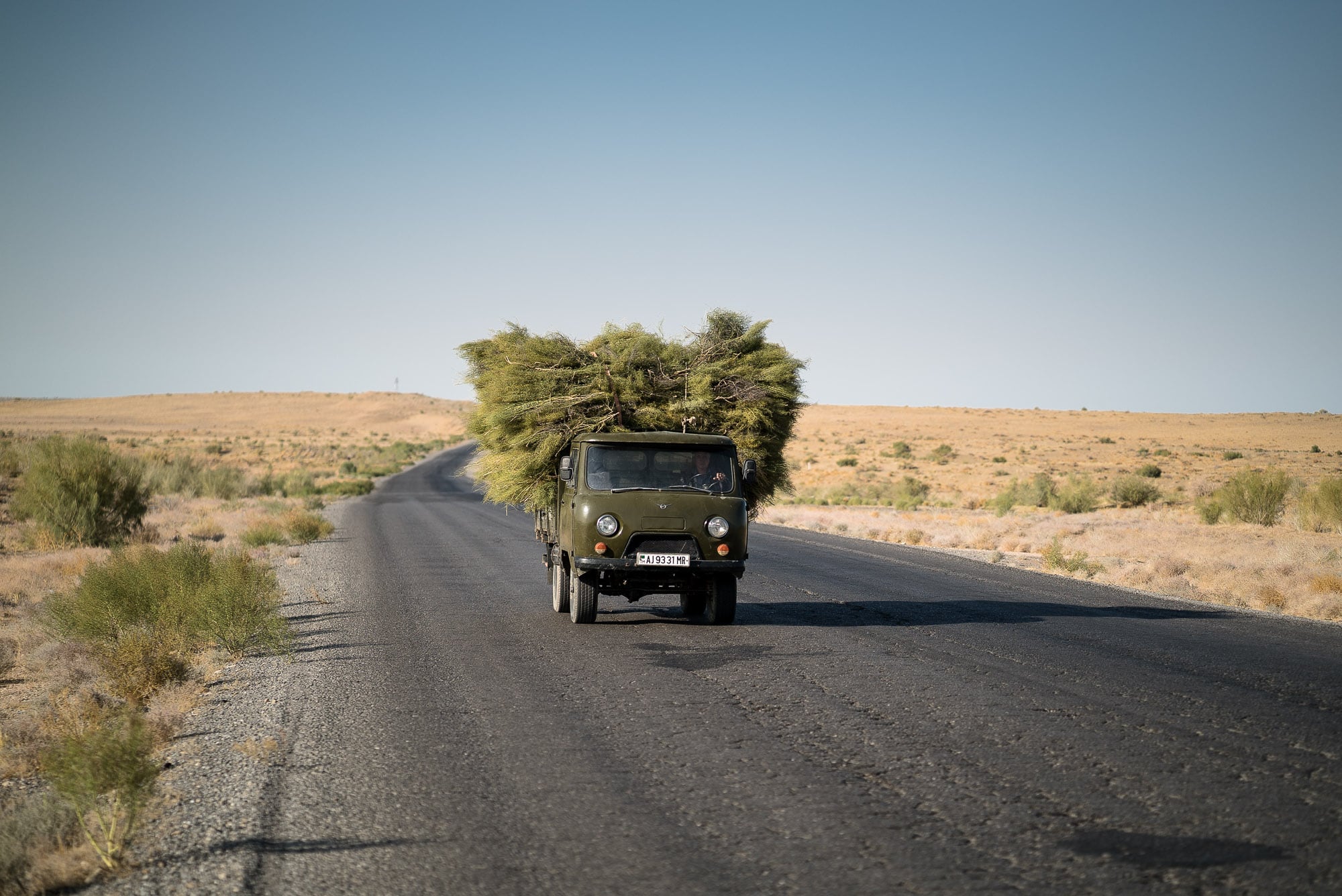 We passed another desert restaurant: 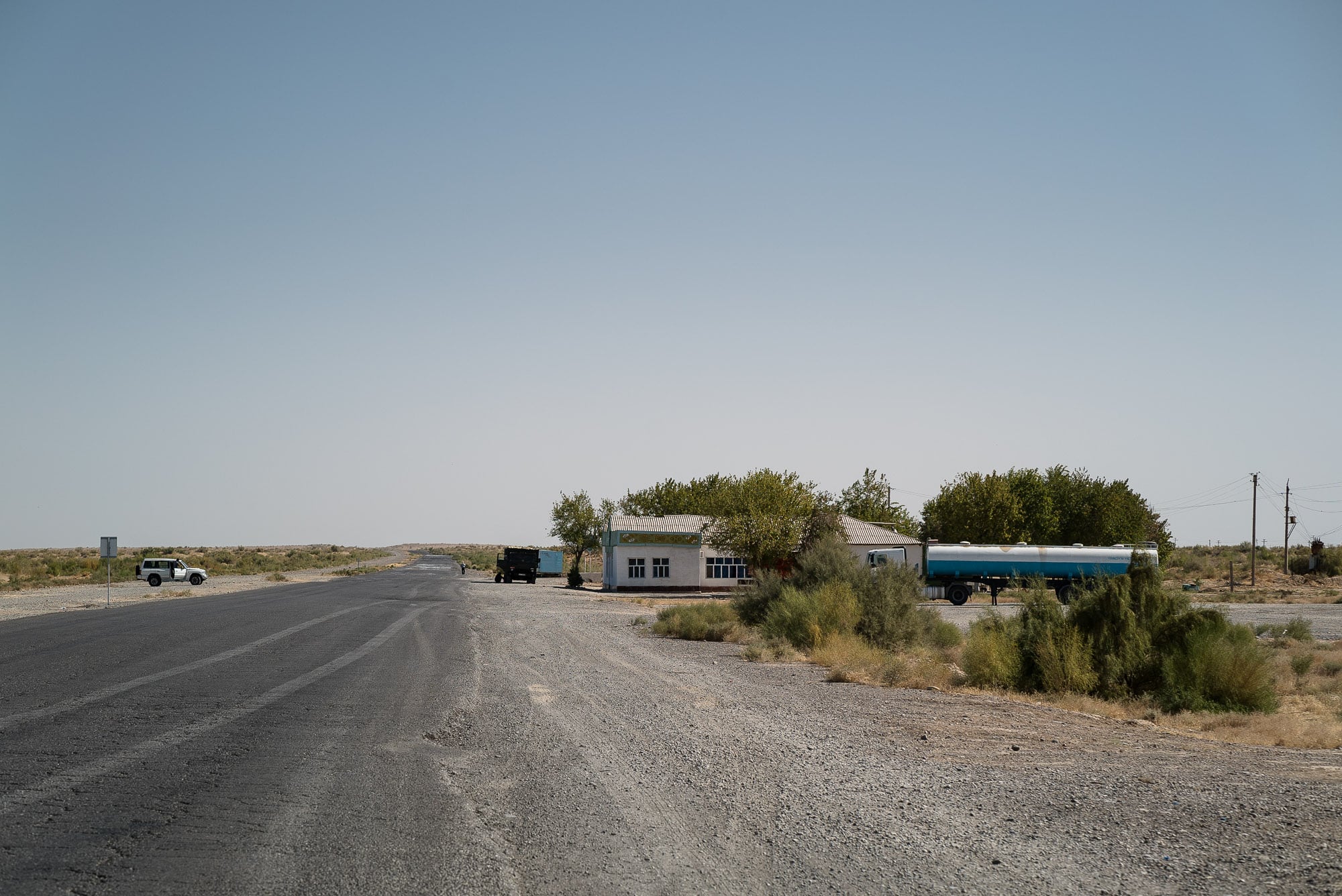 But mostly it was just the desert road in all its imposing emptiness: 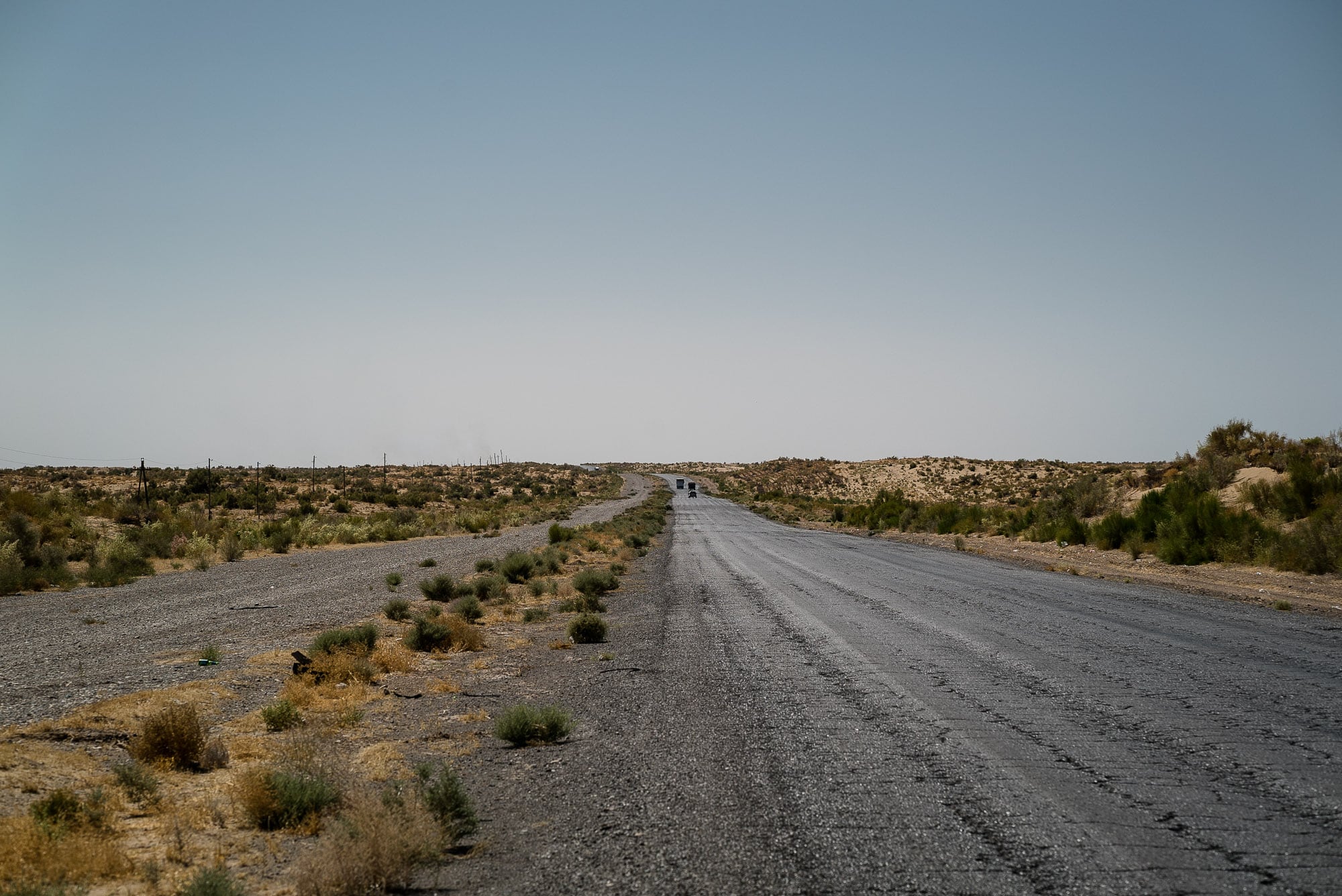 One time I saw what looked like a bus stop, but it was leaning to the side, and there were weeds all around it: 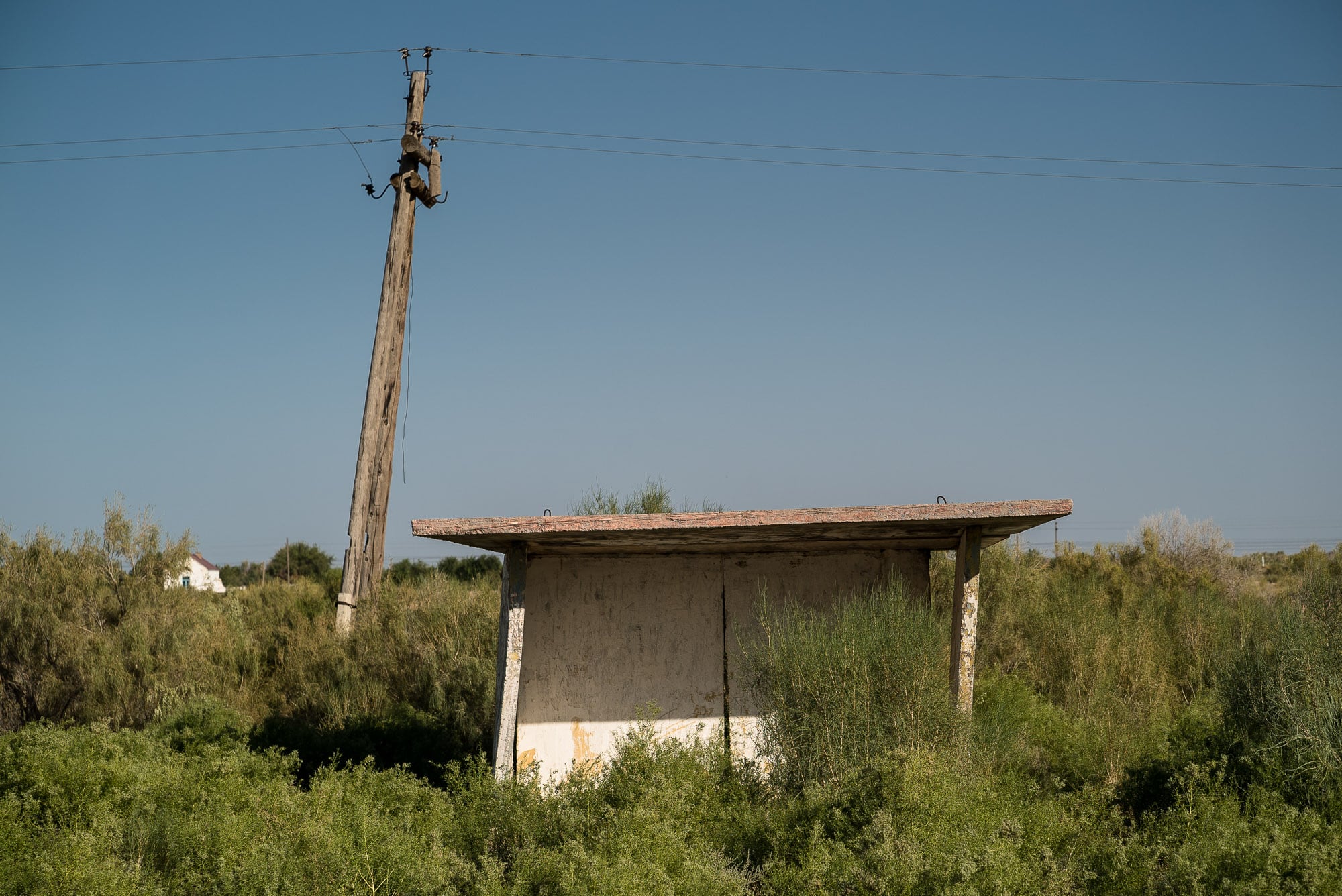 These two gentlemen stopped their car to give me some bread: 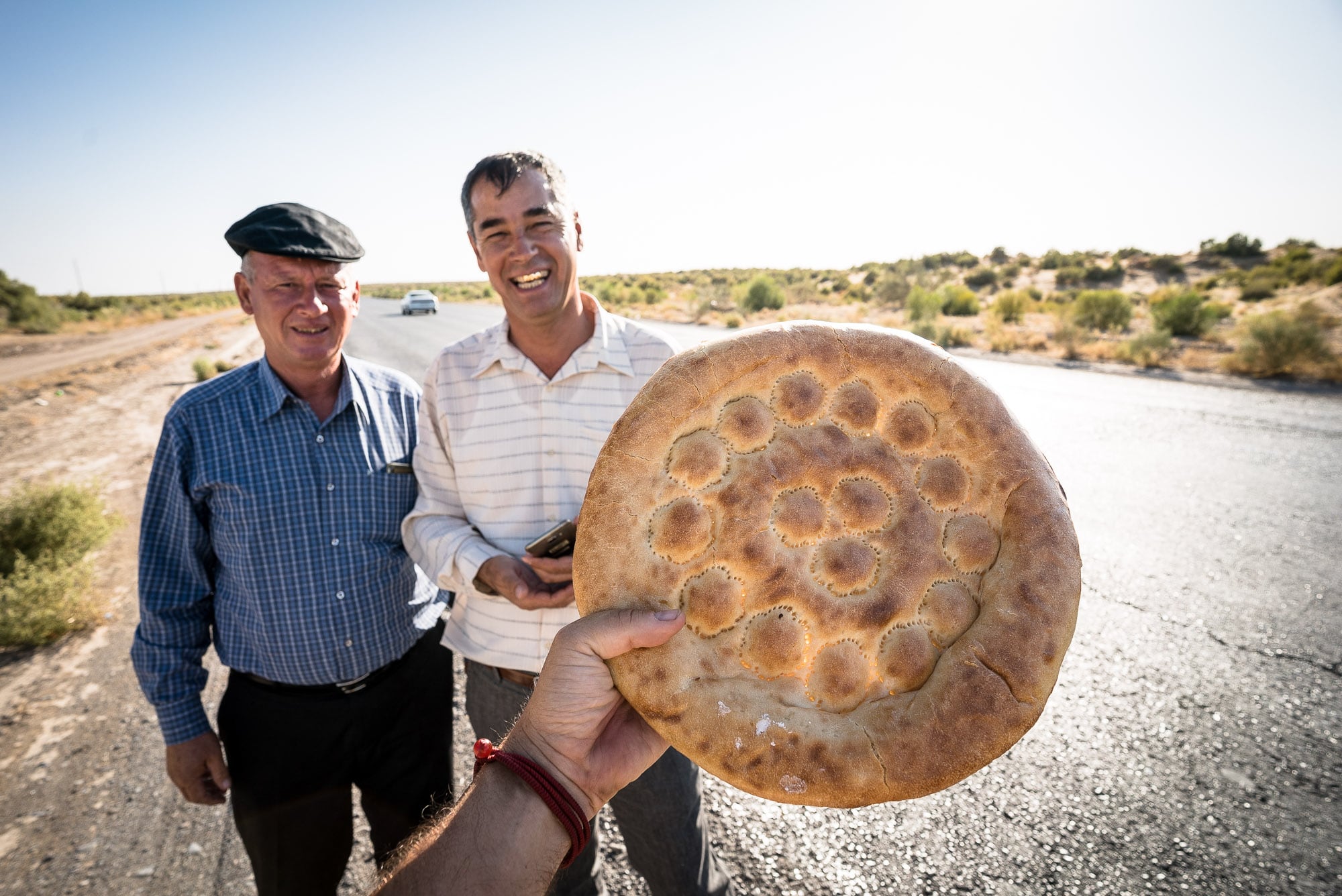 And shortly thereafter, a big truck came to a halt. “Are you German?” the driver asked me: 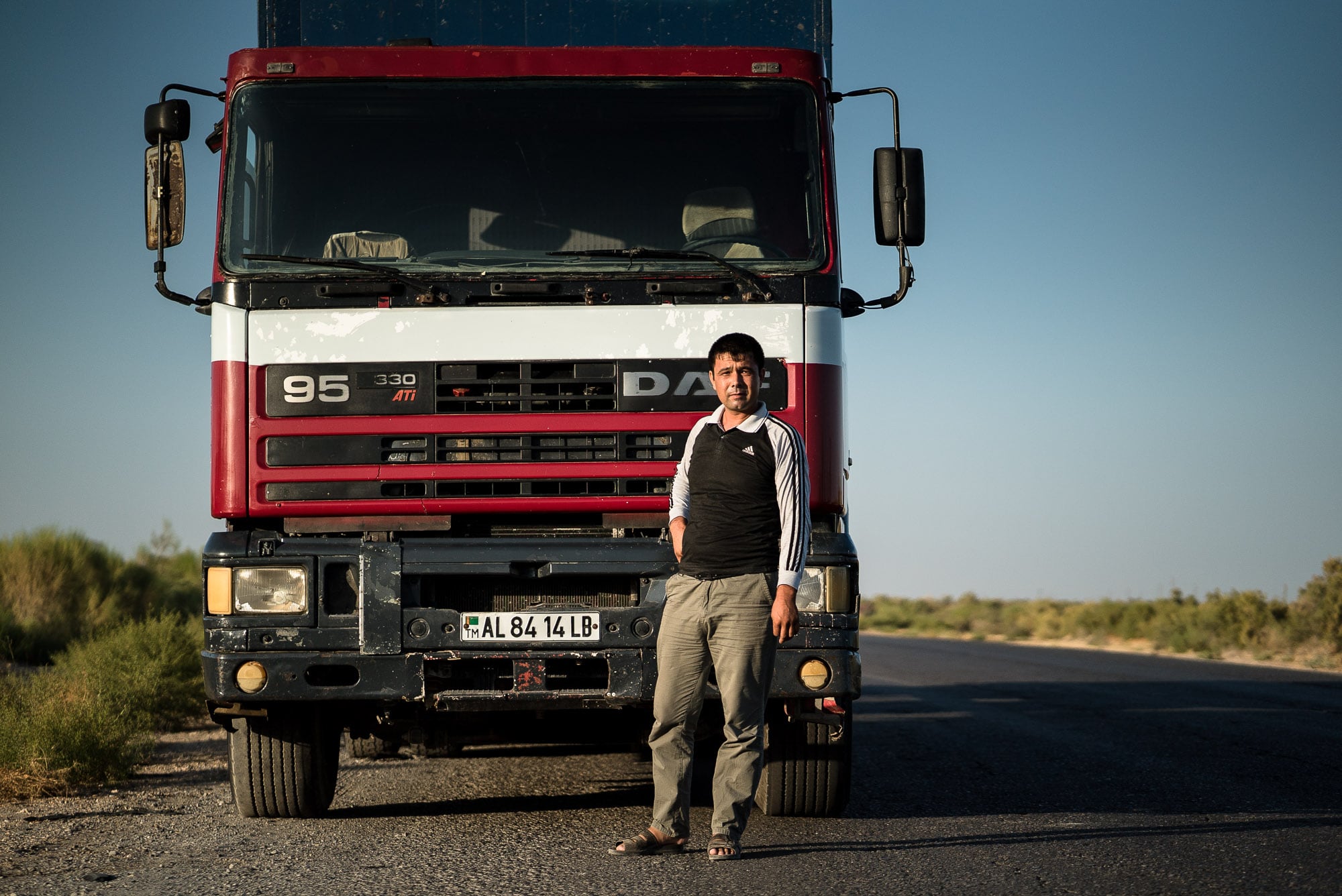 I didn’t know how he knew that I was German. Maybe word had traveled that there was a German dude with a beard walking through the desert? It reminded me of an episode with a mysterious Australian lady many years ago in China.

Anyway, the truck driver spoke a little bit of German: 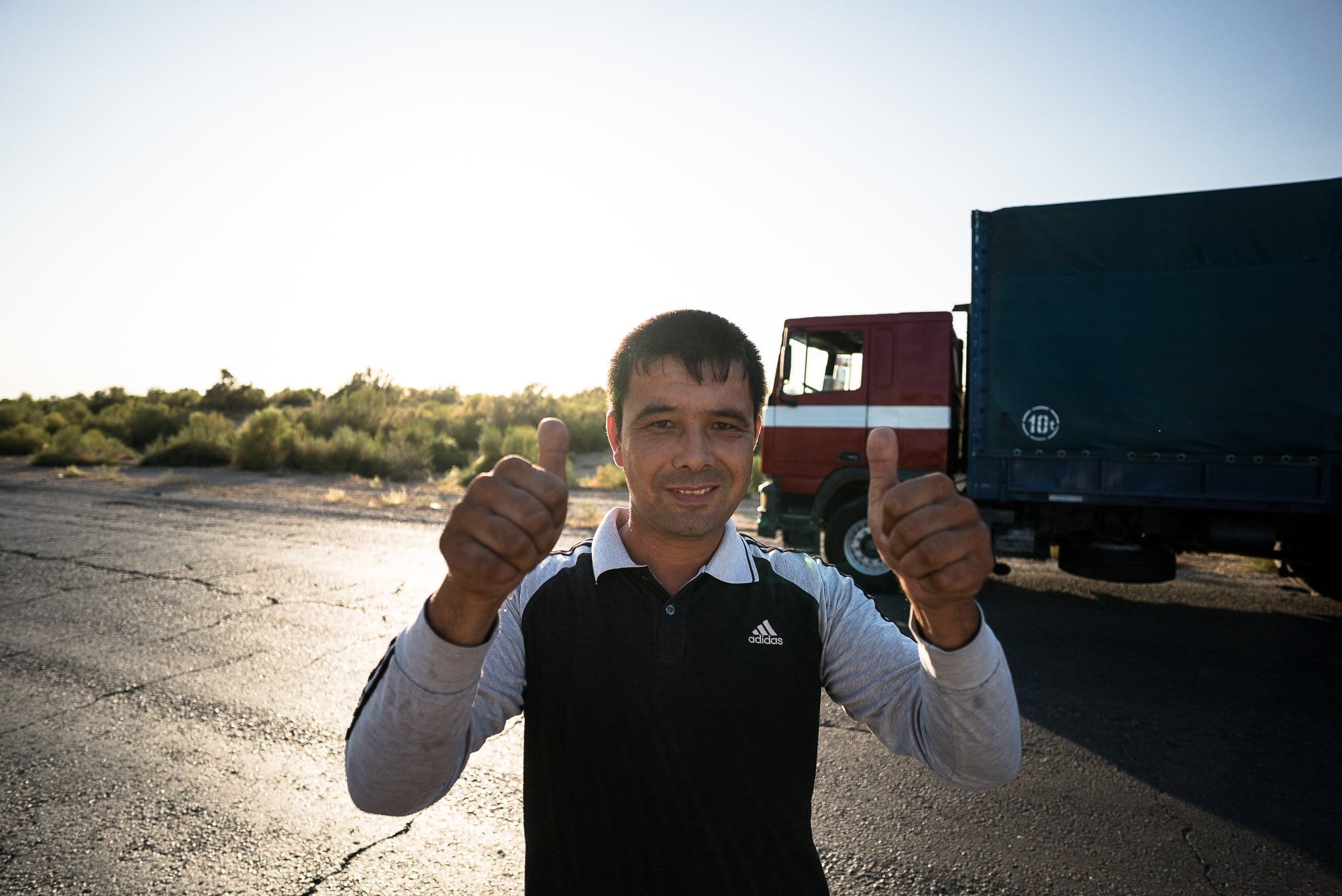 He had learned it in school.

And then the desert stopped. Just like that. There was a small river or canal, a stream of water that we crossed, and behind it, the land was green.

There were pink plants: 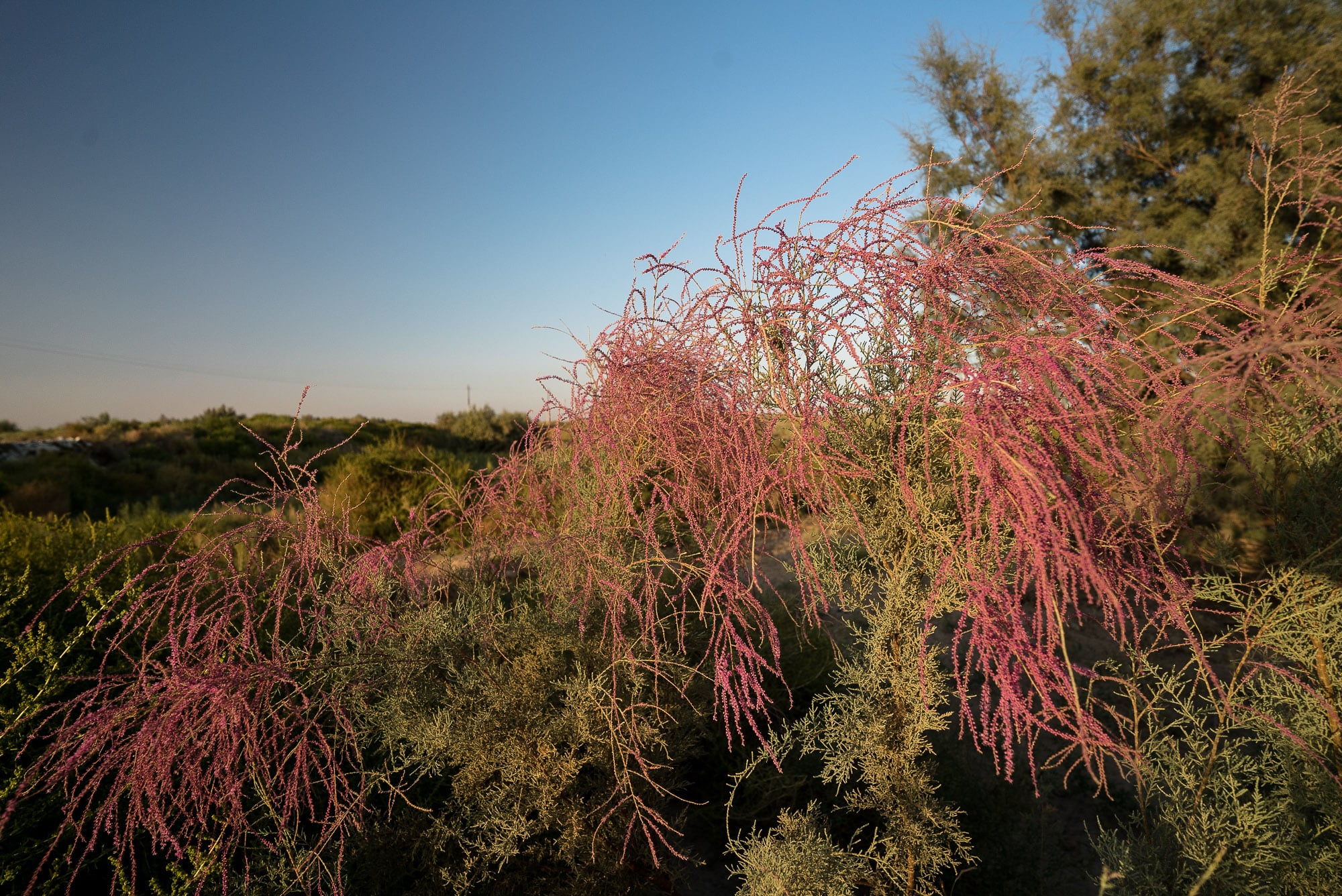 And then I took another Let’s Walk video, and I filmed all the way until I arrived at our camp:

It was on a field next to some sheep: 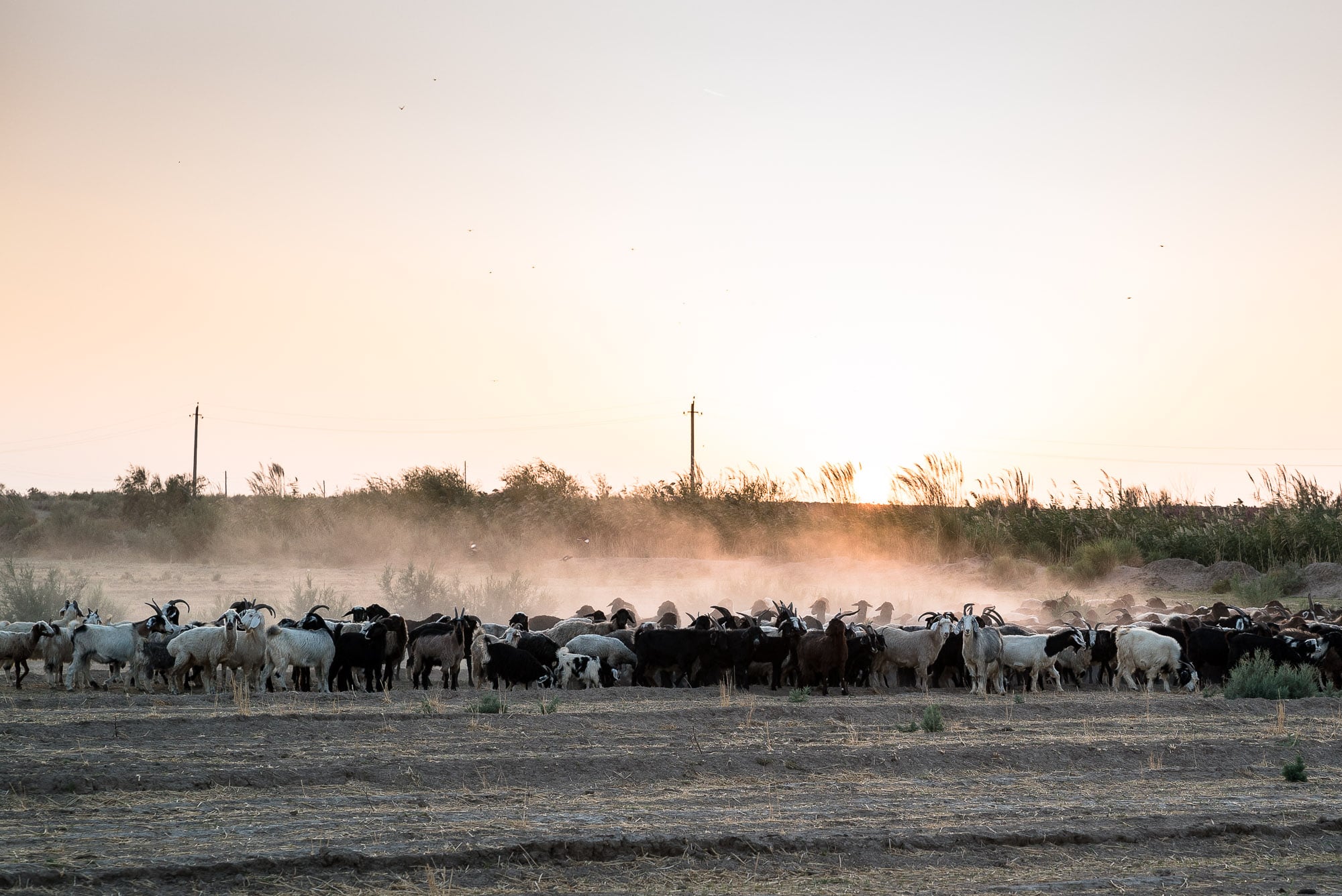 And even though the Boss didn’t want to admit it at first, there was an army of mosquitos in the air, which we combatted using some spray I had brought from Germany.

Day 868
from the quiet place to next to some sheep