Of course wearing flipflops was not feasible for long distances. But my right heel looked pretty bad: 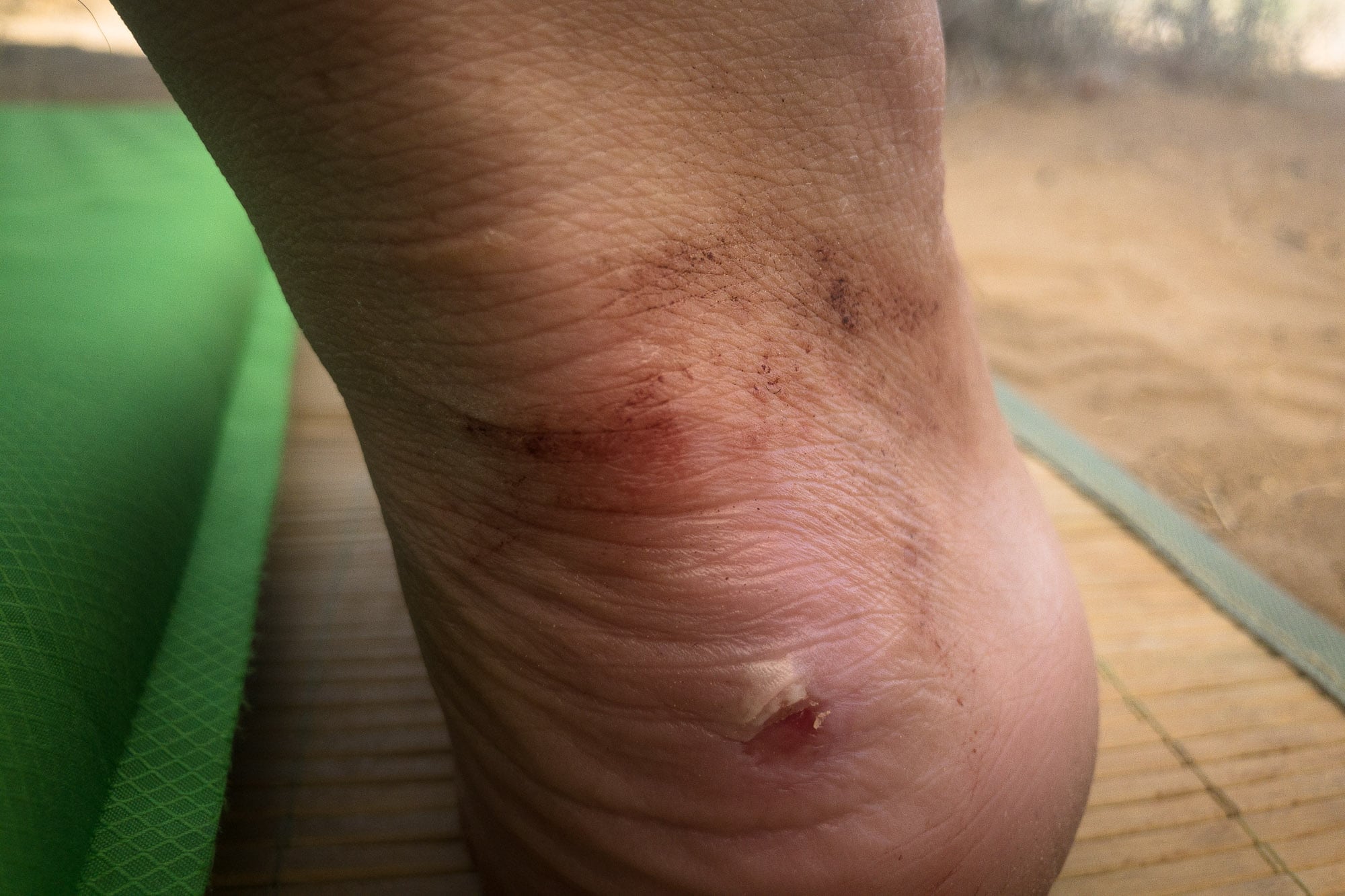 It wasn’t a simple blister anymore, it was a wound. Blisters could be treated quite effectively in the course of one night, but this was different. So I decided to wear my bathroom slippers today: 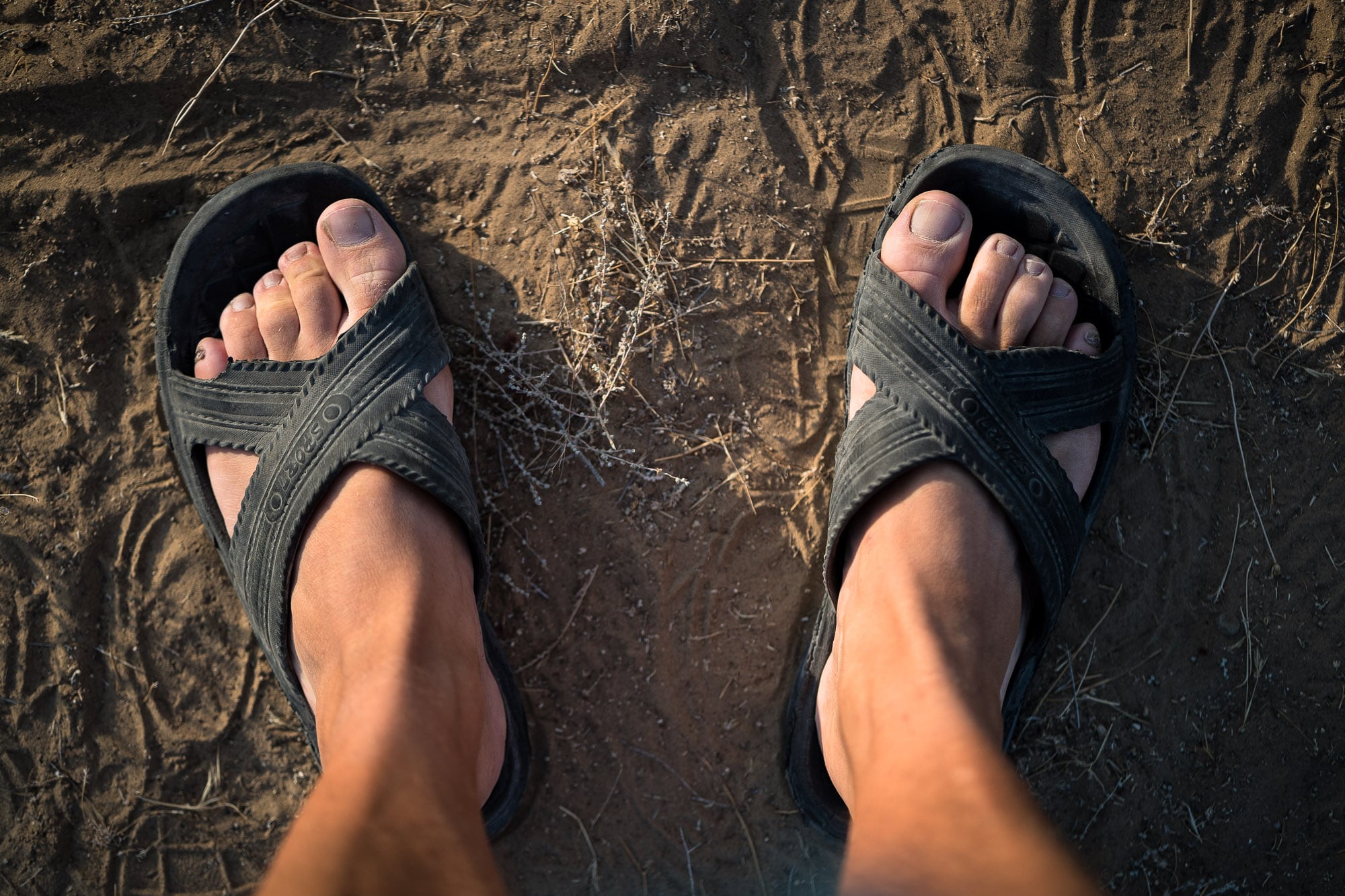 I had bought them in a bazaar in Kazakhstan more than a year ago. I loved them because they had a tag: MADE IN KAZAKHSTAN. And because they were very comfy. Now I was going to walk through the desert in them.

We were camped out in the dunes, and I needed some help pulling the Caboose out from there. Gödzh, the driver, offered to assist, and I made a Let’s Walk video right away:

Then, after just a few minutes on the road, I saw a sign that told me there were cobras in this area:

Logically, when I saw a dead fox next to the road a short while later, I figured it must have been killed by… 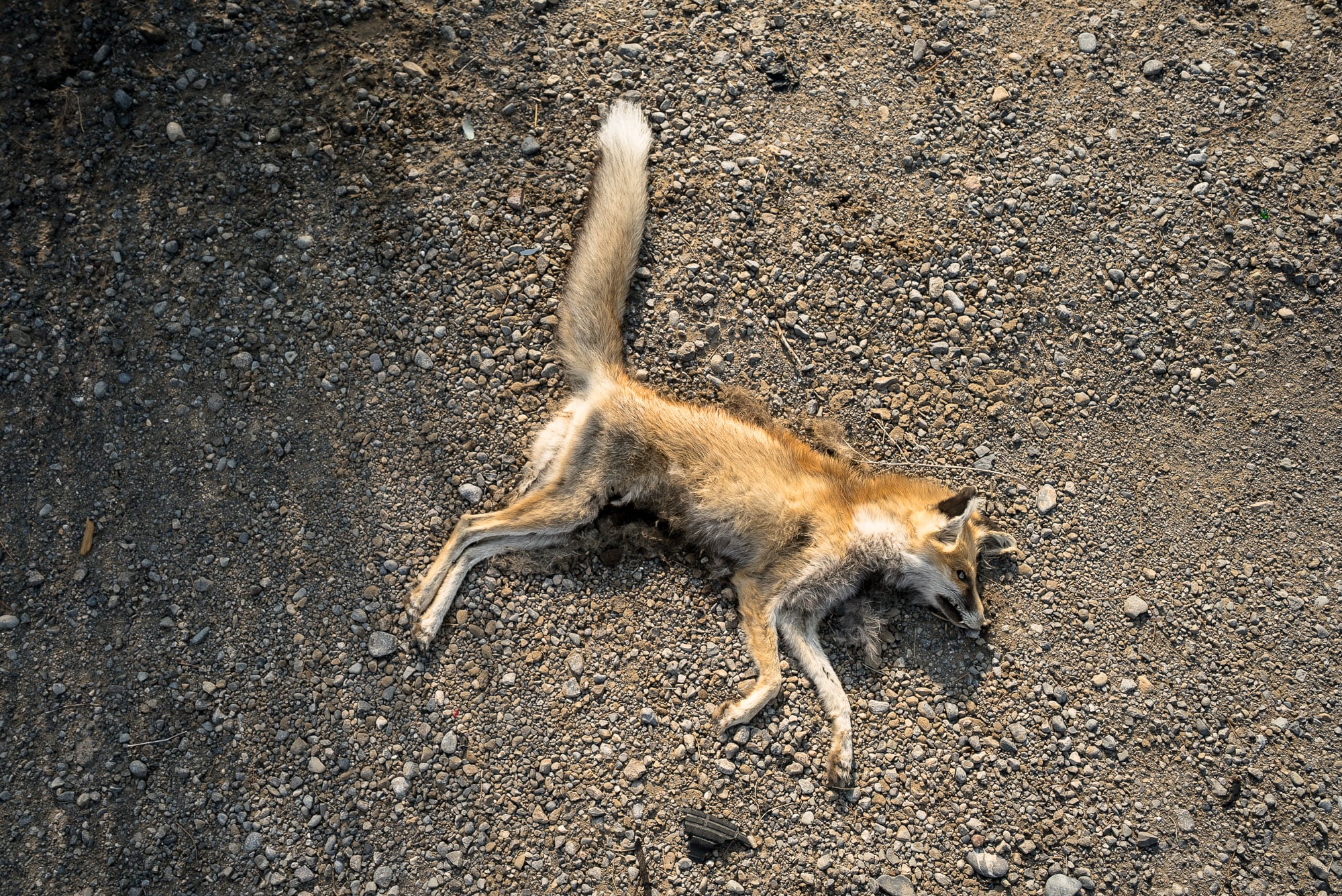 Or maybe it had dug around in this pile of discarded medicine bottles: 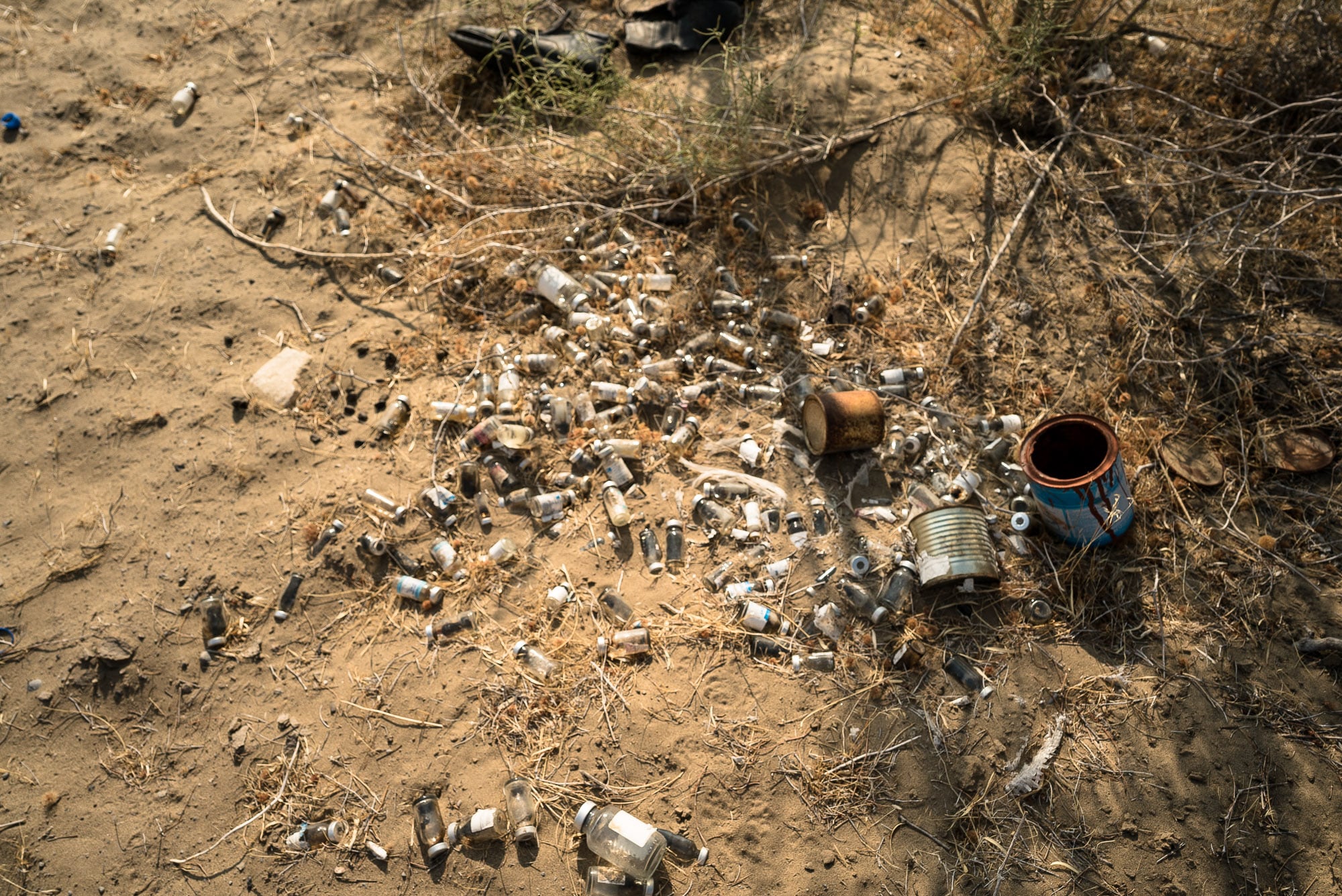 I had no idea what exactly they were, but they sure as hell didn’t belong here: 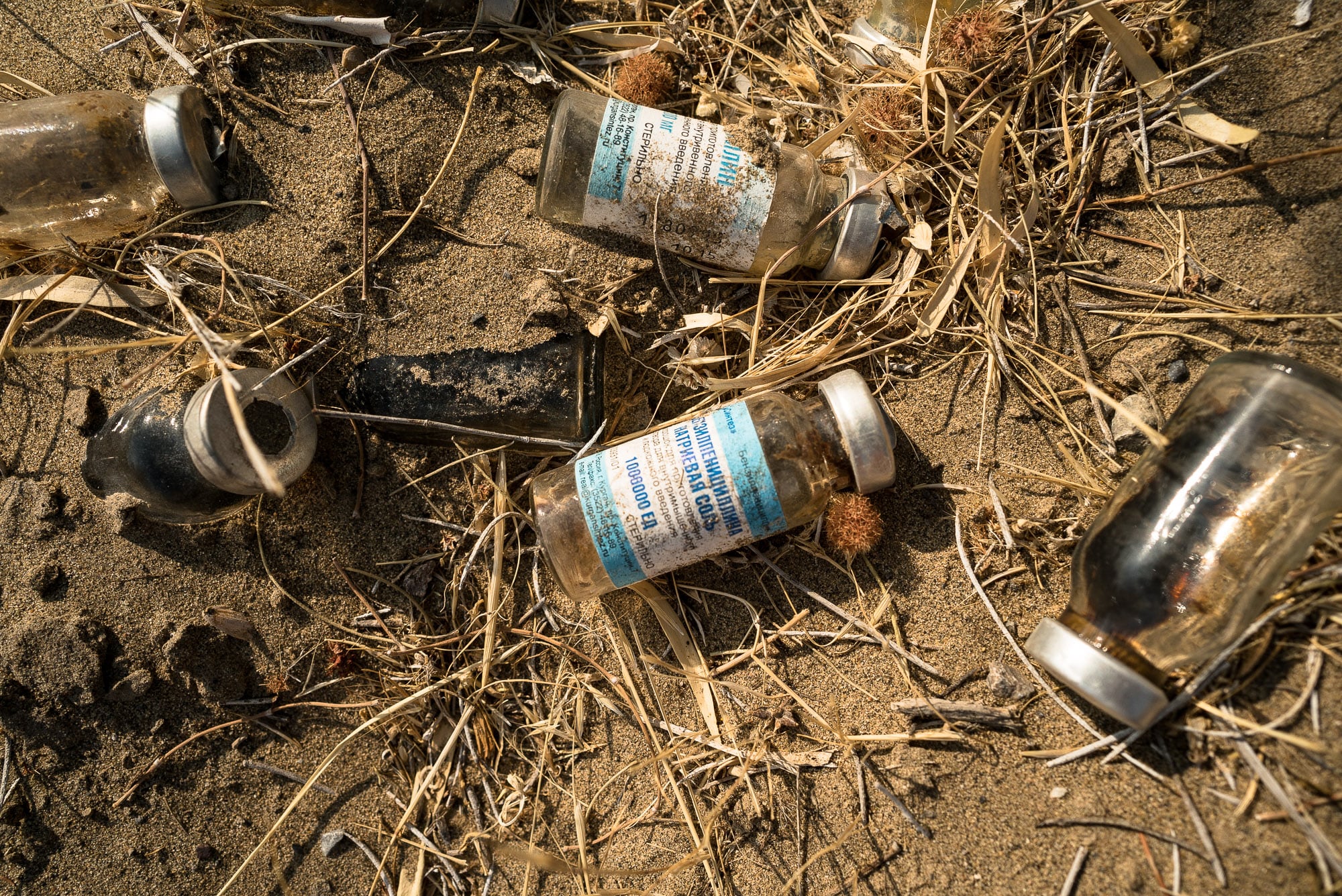 Still, people would stop for me all the time. Like this gentleman on his motorcycle: 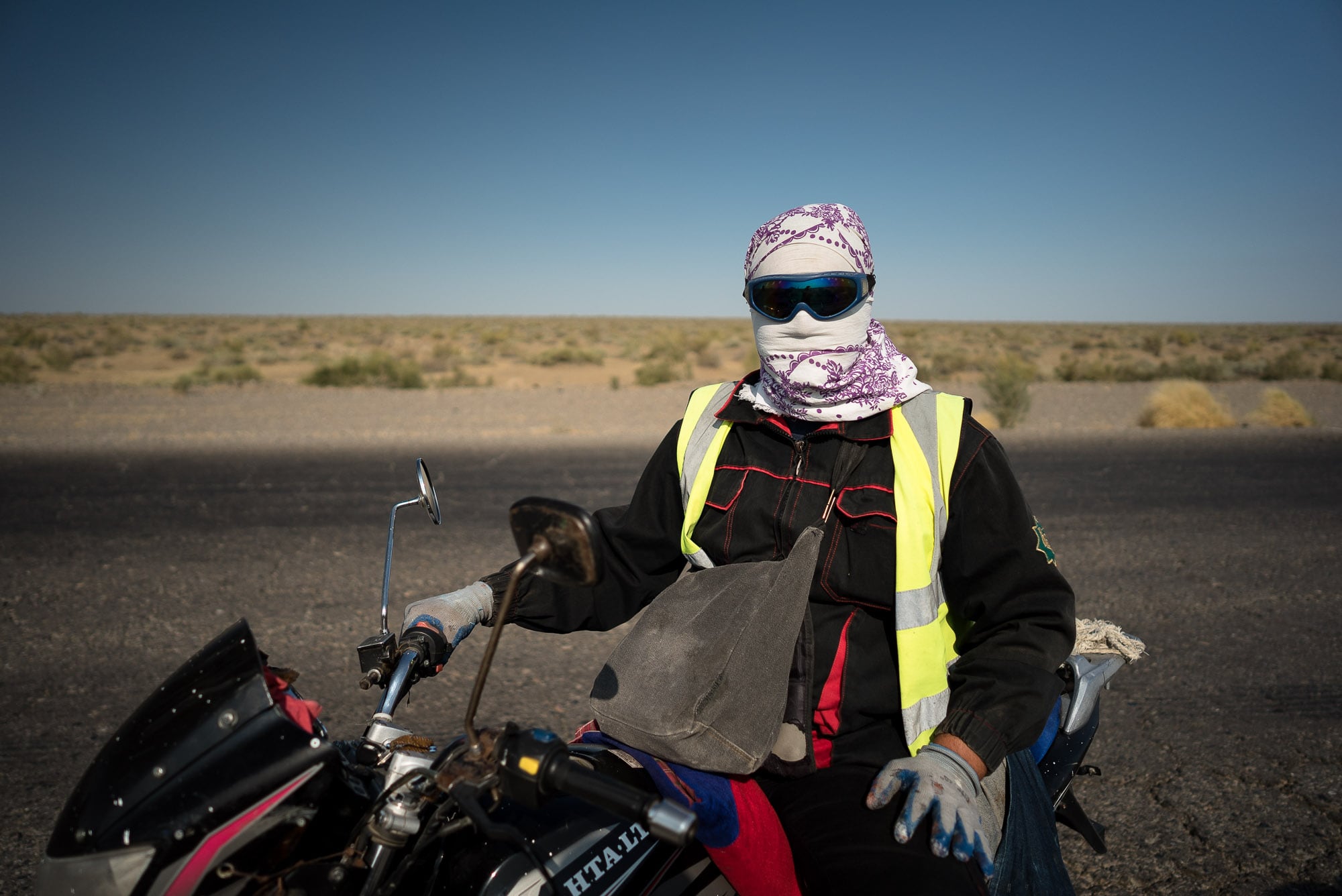 Or like this dad who was taking his speech-impaired son to a boarding school: 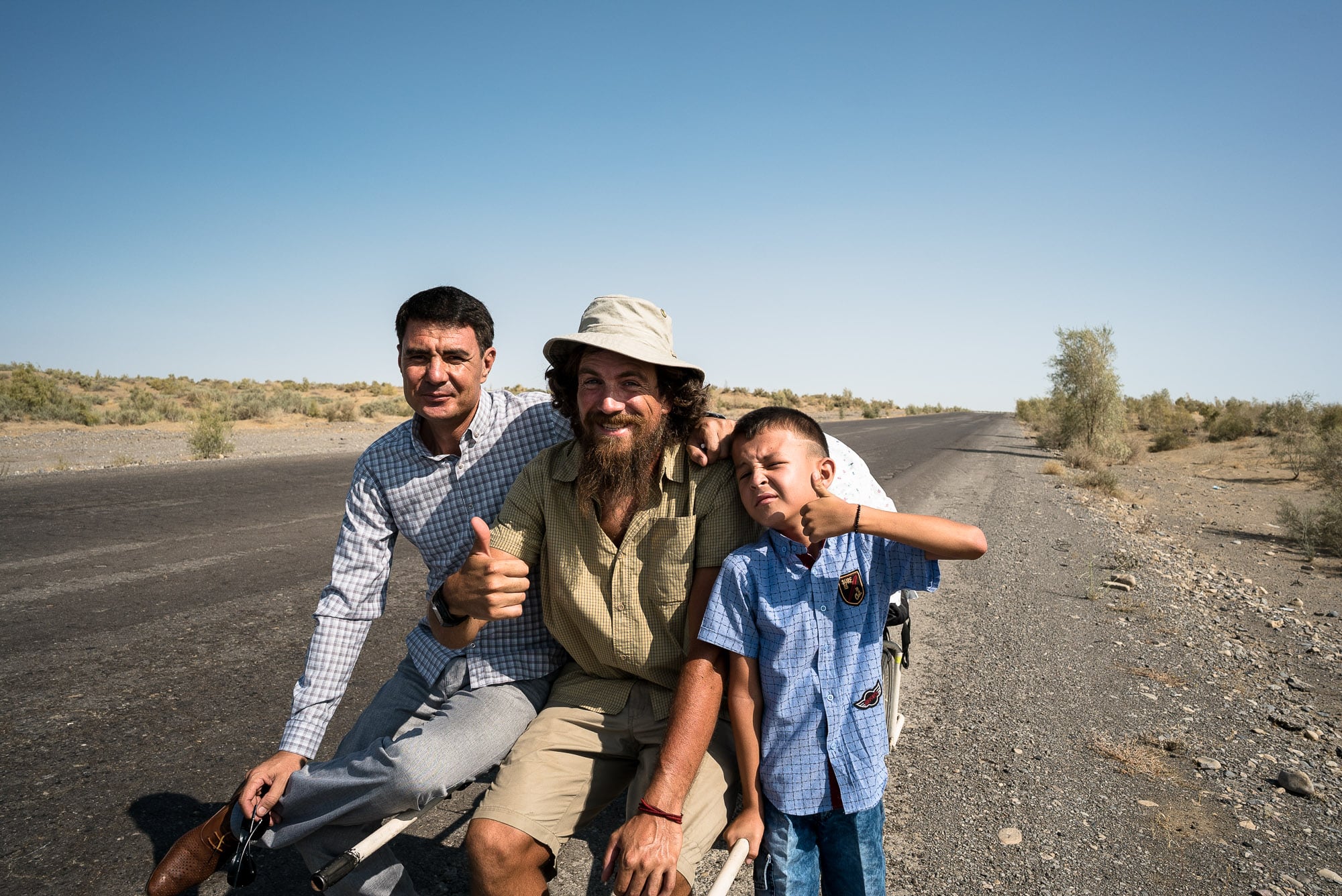 But when nobody was there, it was just the Caboose and the desert and me: 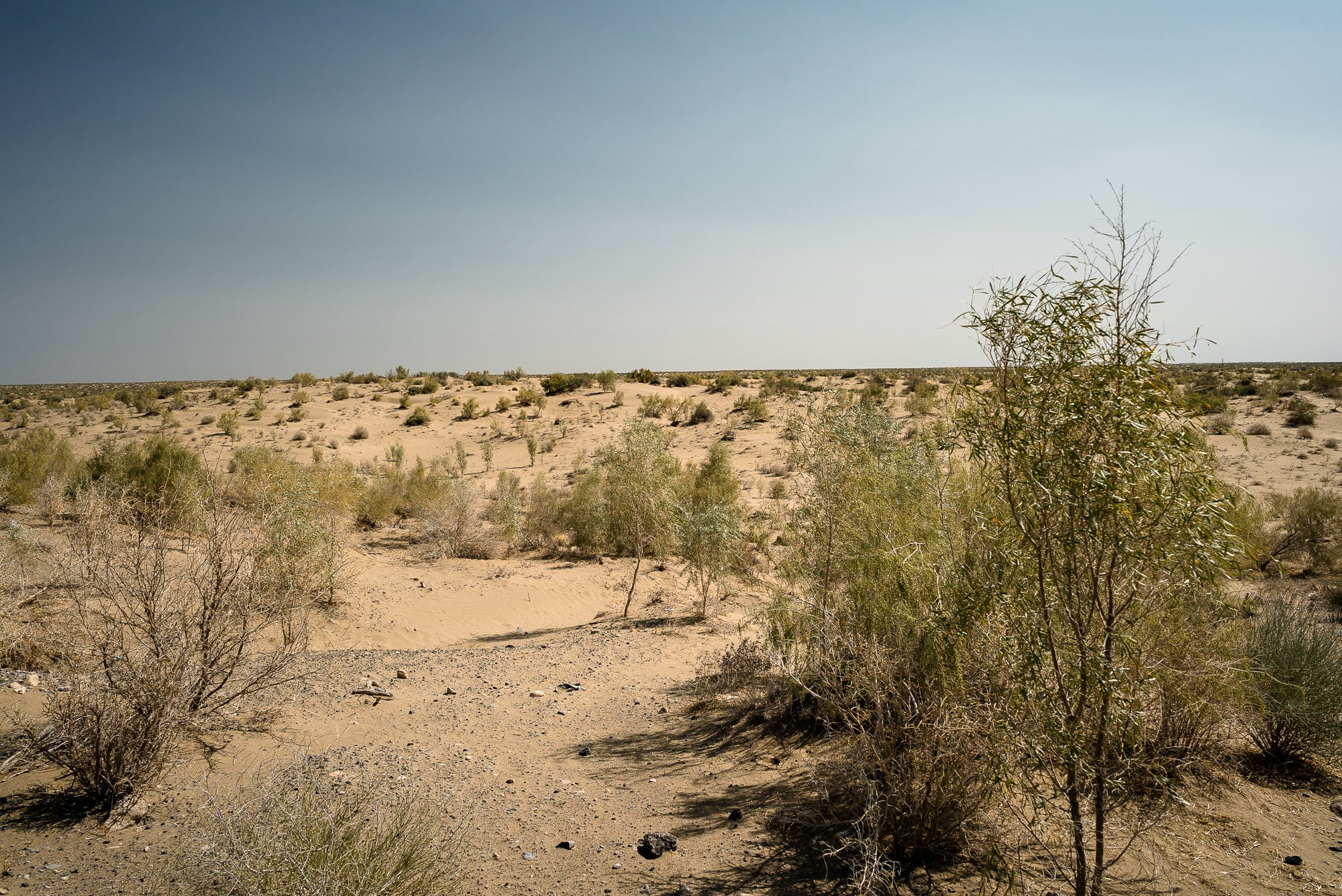 One time I passed by a little settlement not far from the road: 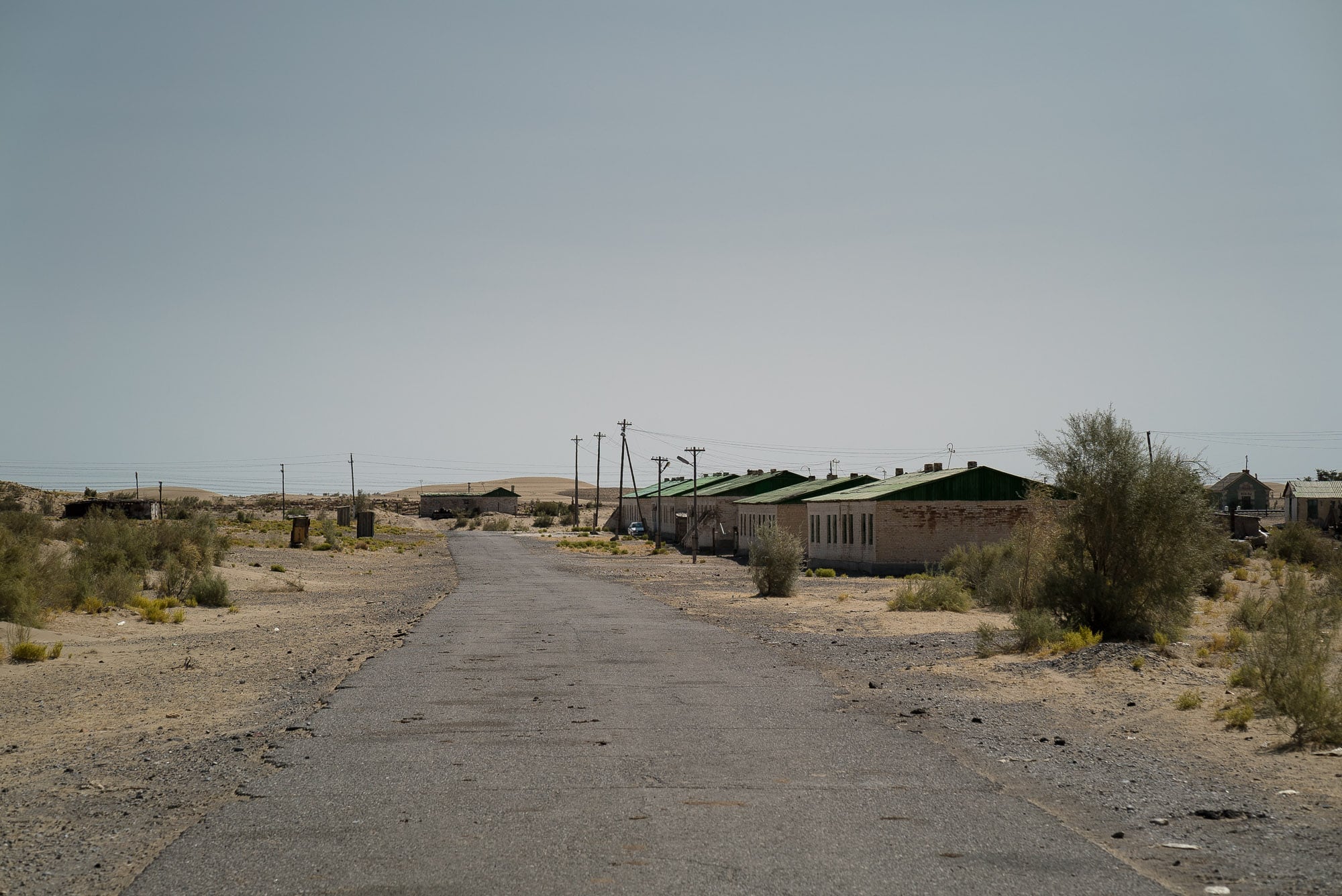 I didn’t see any people there, though. Maybe because it was too hot.

When we had lunch in the shade of our car with the tarp, this family appeared and gave me water and bread: 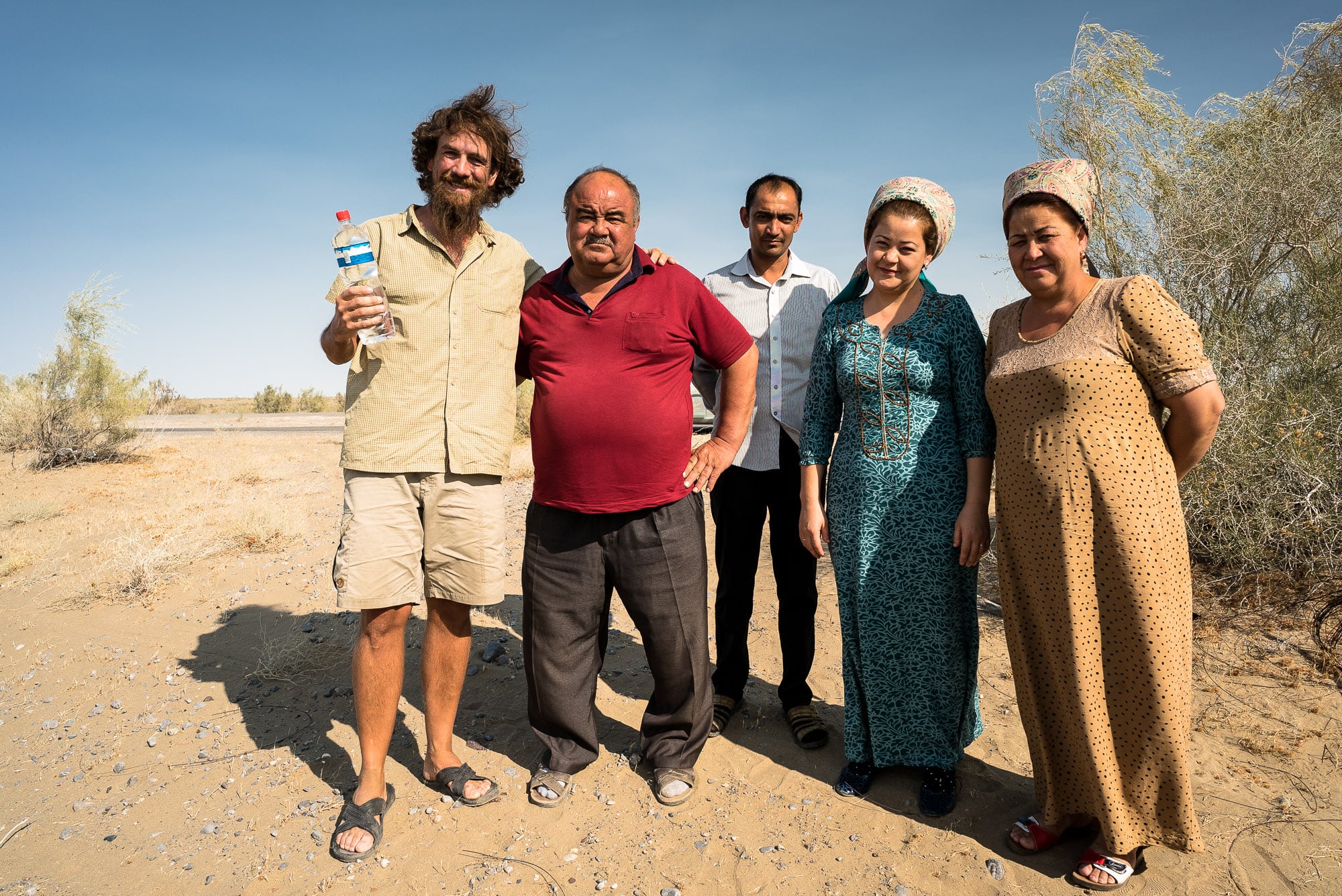 Then I walked the rest of the afternoon in the heat and the dust and the pain in my feet. Sometimes I would see a truck or a motorcycle: 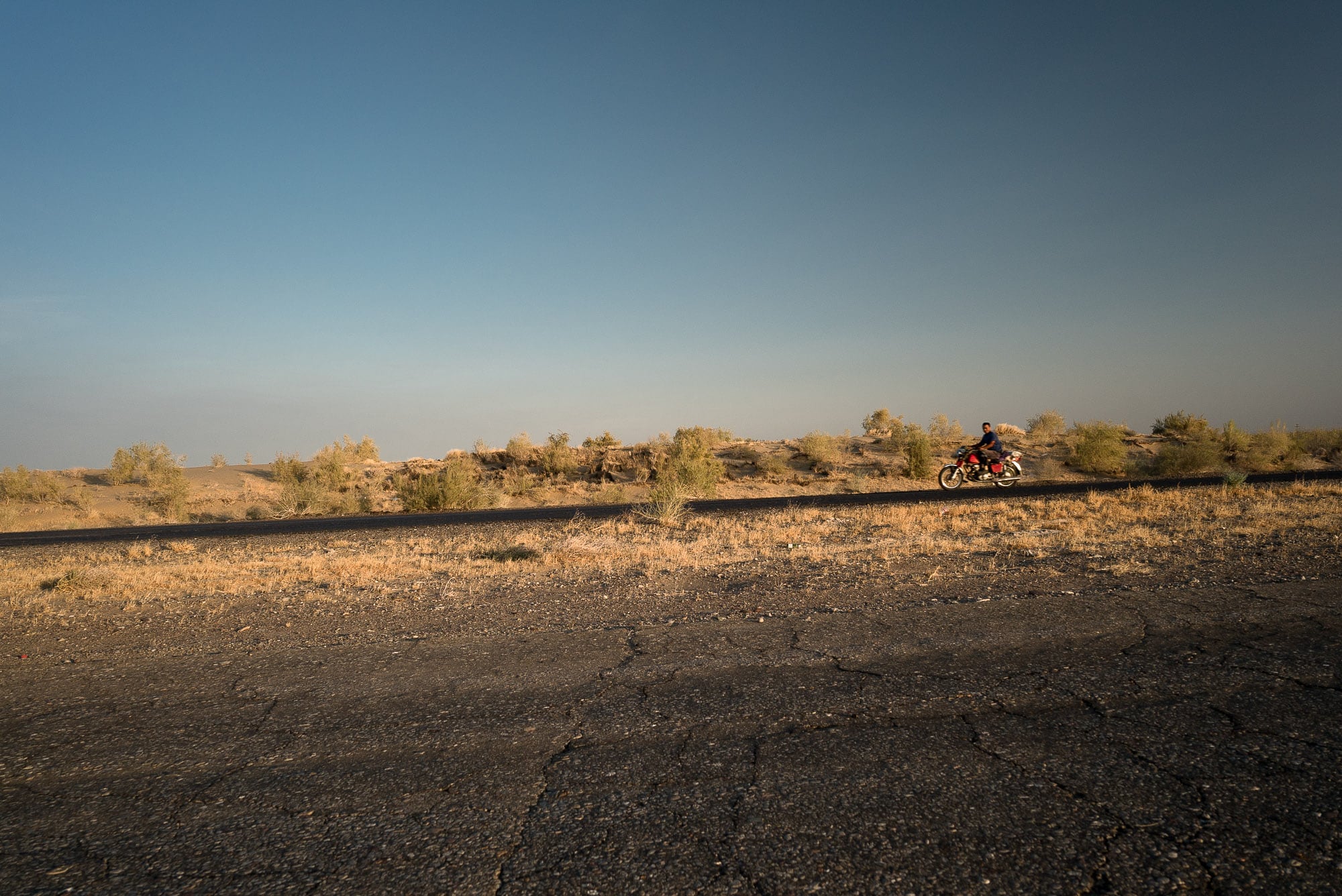 And then, after what felt like 50k but was really only a bit more than 35k, we finally made camp, and I pitched my tent under the Milky Way again: 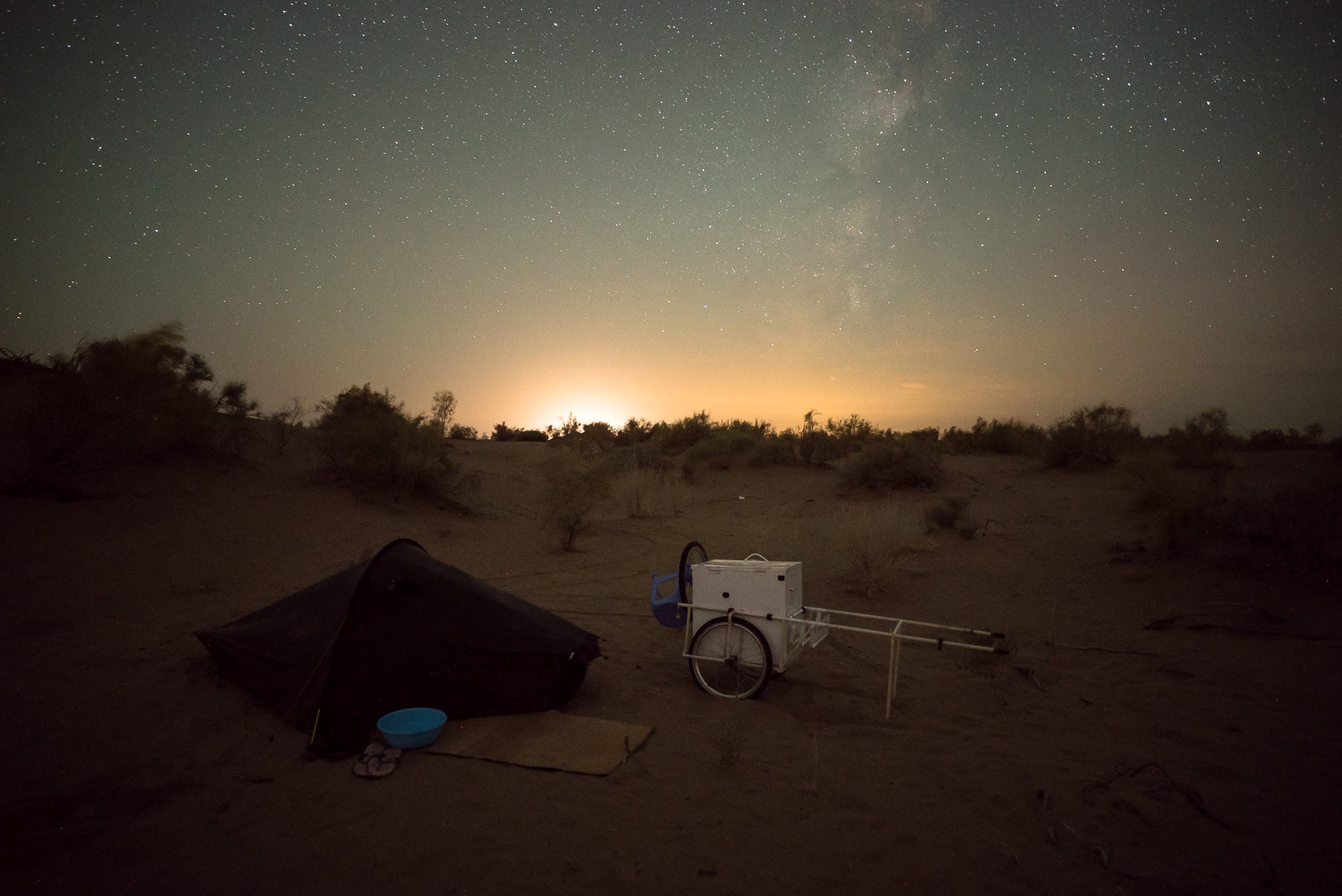 I crawled in and stretched out as best I could. And the the doubts came. Would I ever be able to walk through Turkmenistan within the time that was left on my visa?

Day 866
from Repetek Nature Reserve to the starry place