Remember how excited I was to find out that Tajikistan was apparently dominated not by Coca-Cola and not by Pepsi, but by Royal Crown Cola?

I’m of course a Dr. Pepper guy, but I always appreciate the struggle of the underdog, so I was happy to see that RC is apparently launching a campaign into Uzbekistan now: 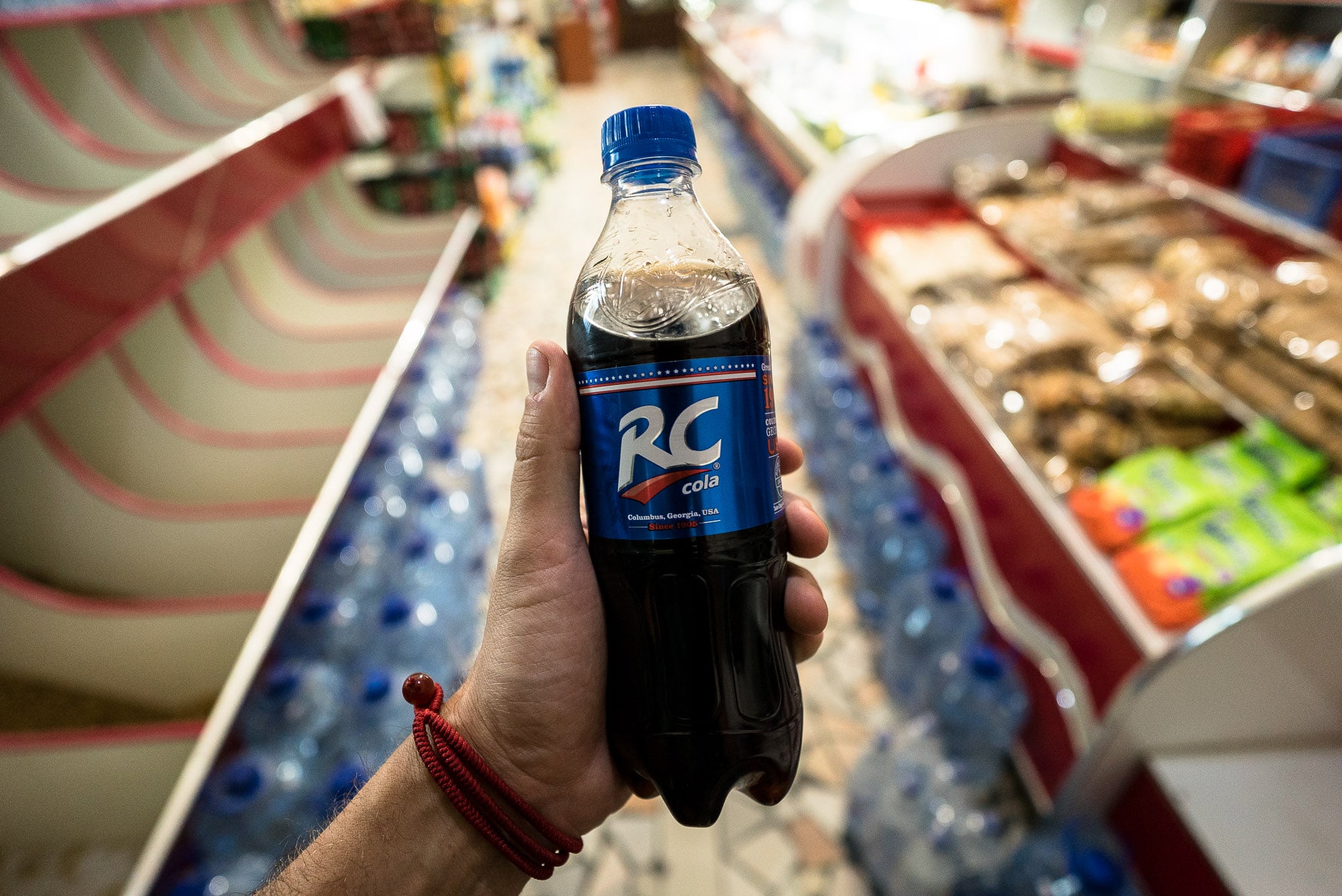 Down with the Coke-drinking establishment, I say! 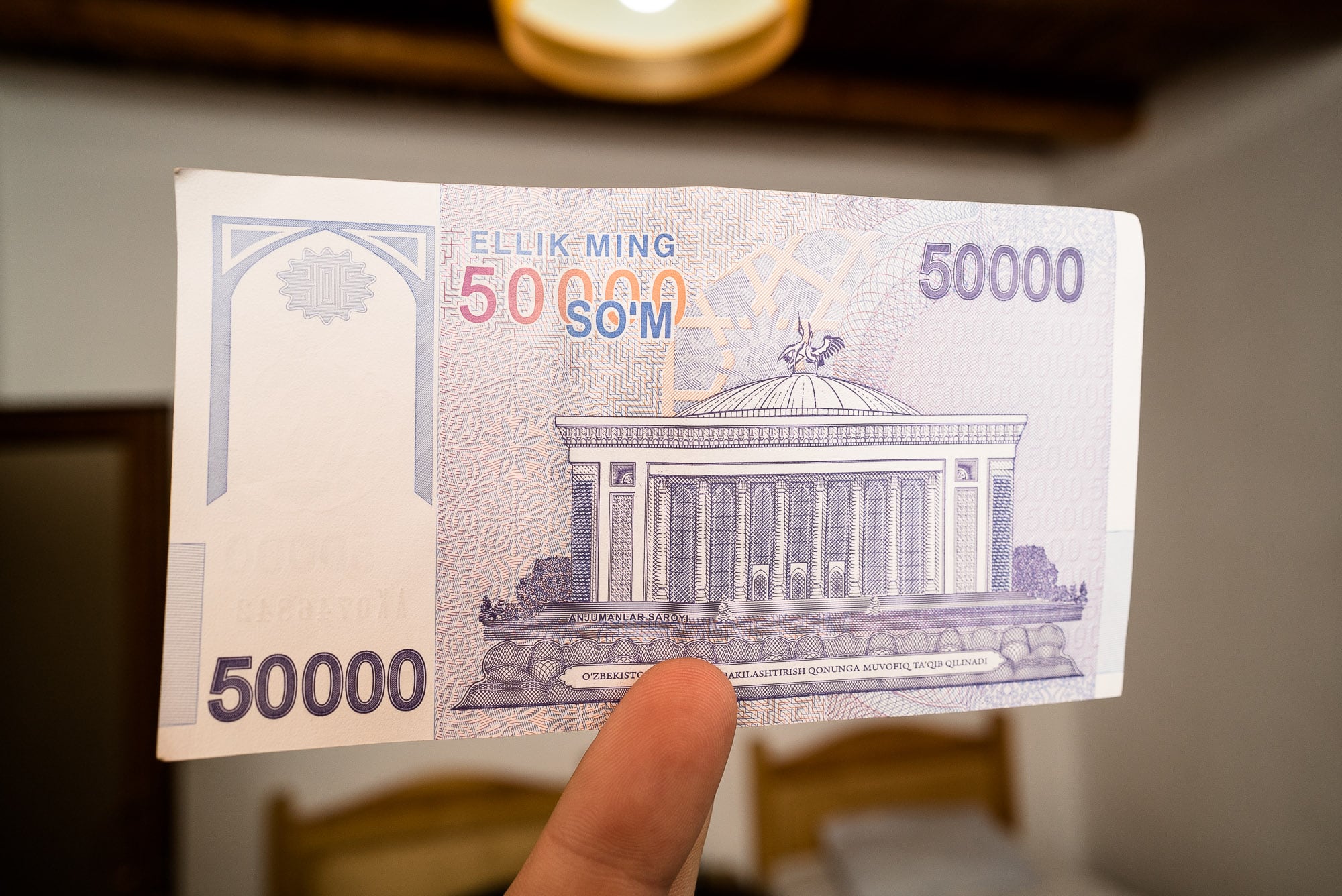 You probably know by now that Uzbekistan is struggling with inflation – the money is worth less and less. This was new to me when I came into the country for the first time last December and was given a huge bag of 500 and 1000 som notes that were apparently only worth very little.

So when the government introduced new ten thousand som notes four months ago, I was very happy.

And today we got fifty thousand som! Hoorah! There’s a beautiful crane on the back, and I think the bill is worth about eight dollars: 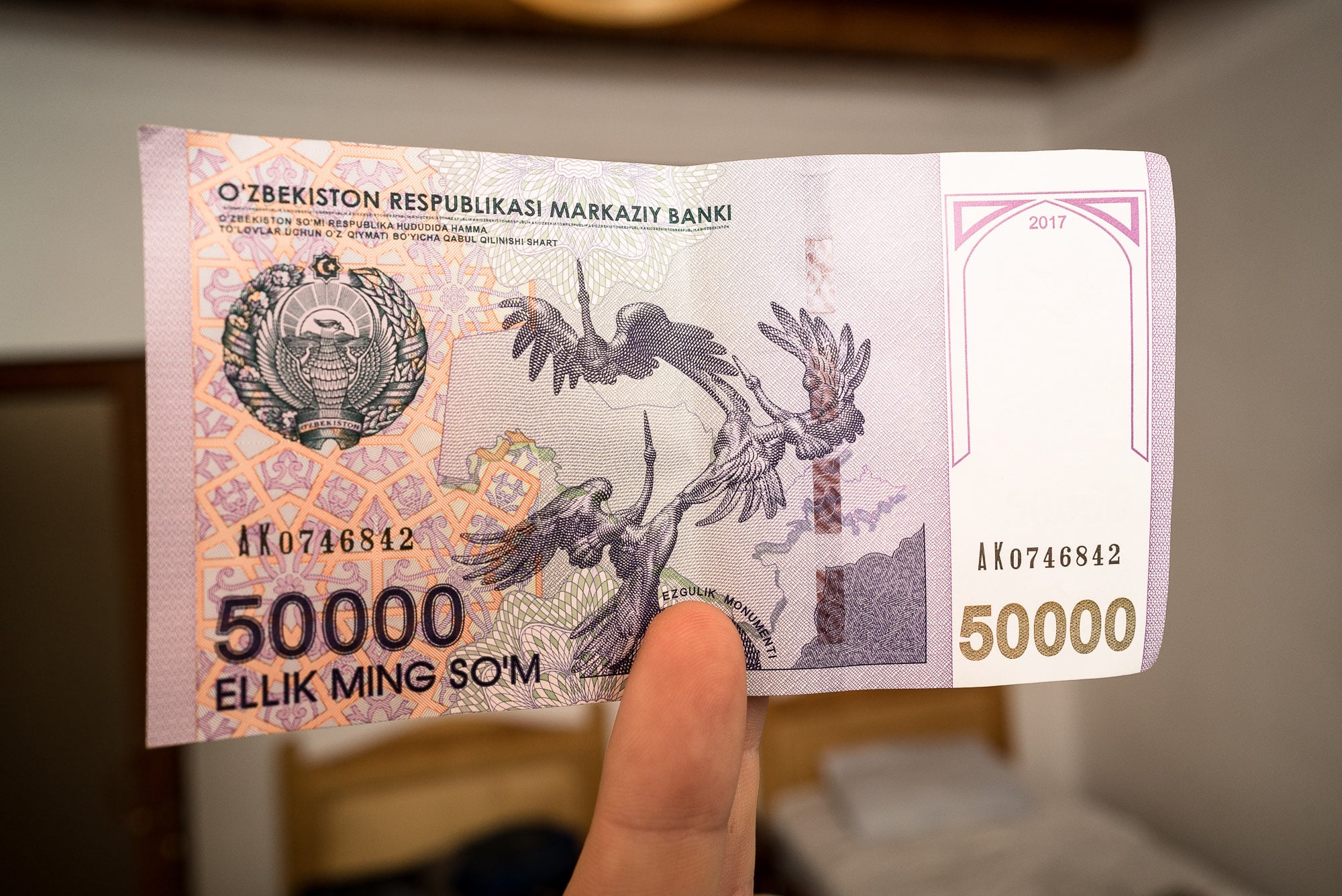 Anyway, this moment of excitement was my best one today. The rest of the day I was biting my nails, because I felt nervous, I felt worried, I felt scared about what was ahead of me. 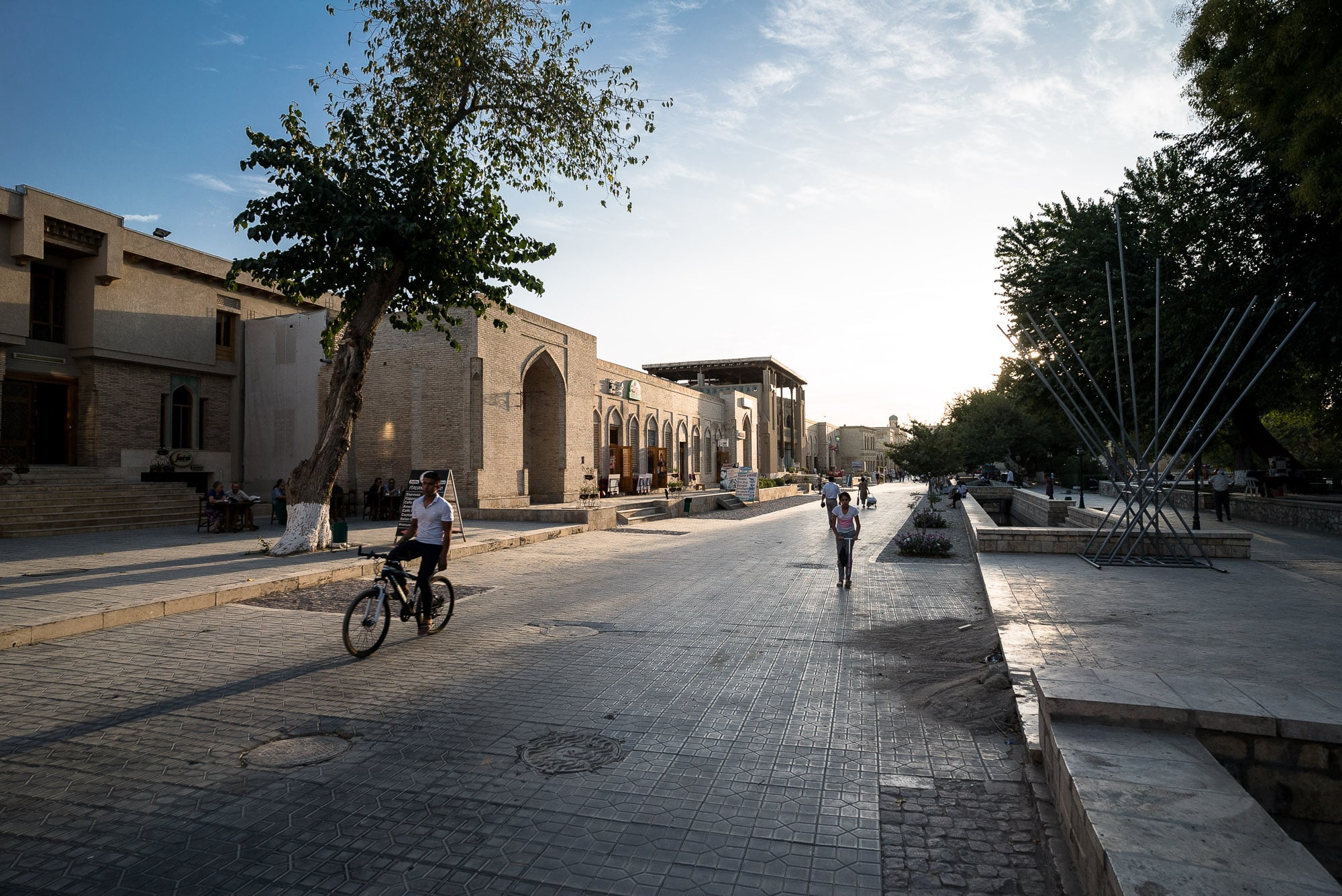 I went to a shop and bought a bunch of canned corn and canned beans in tomato sauce: 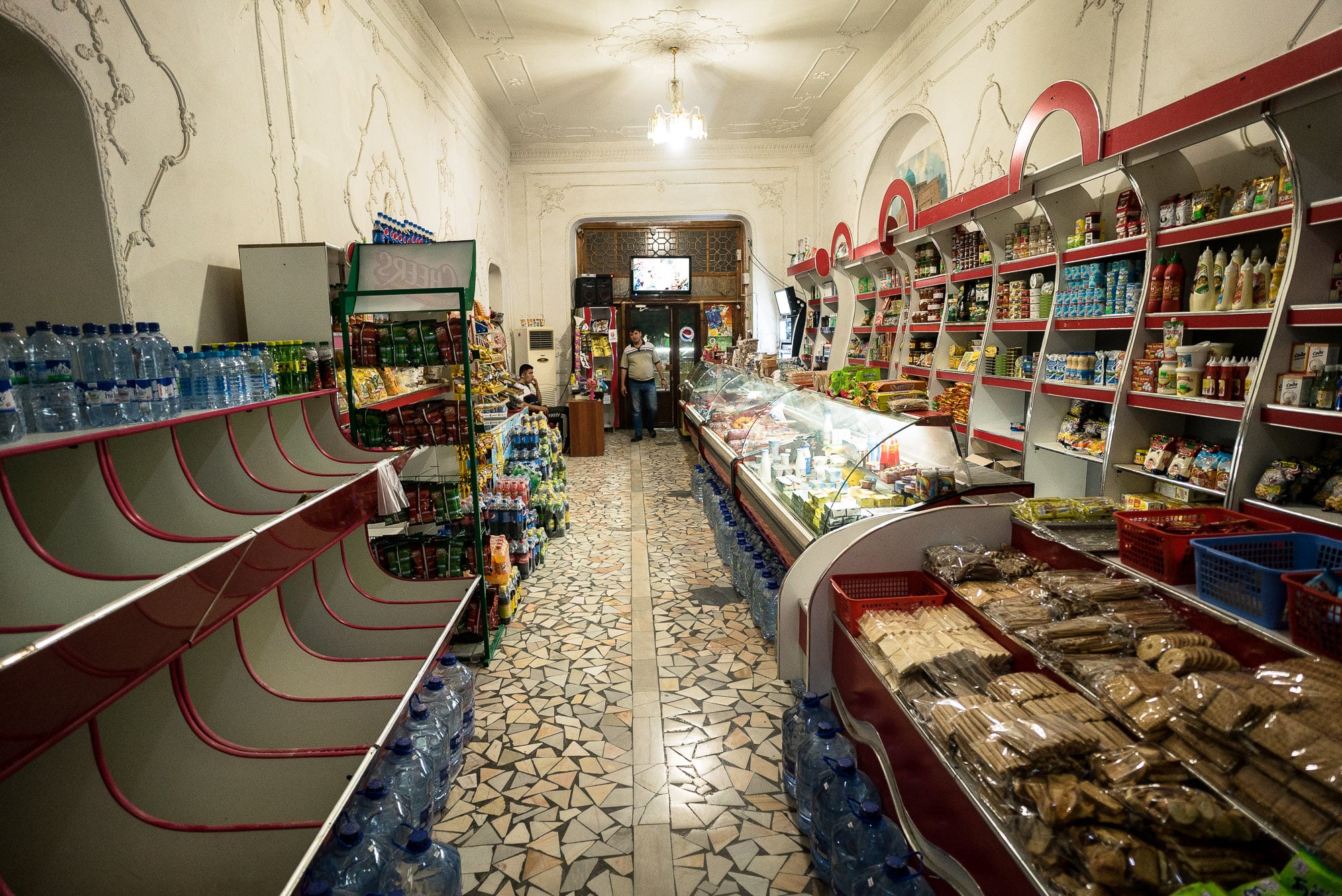 Then I realized that I was running out of money, so I had a rather frugal dinner: 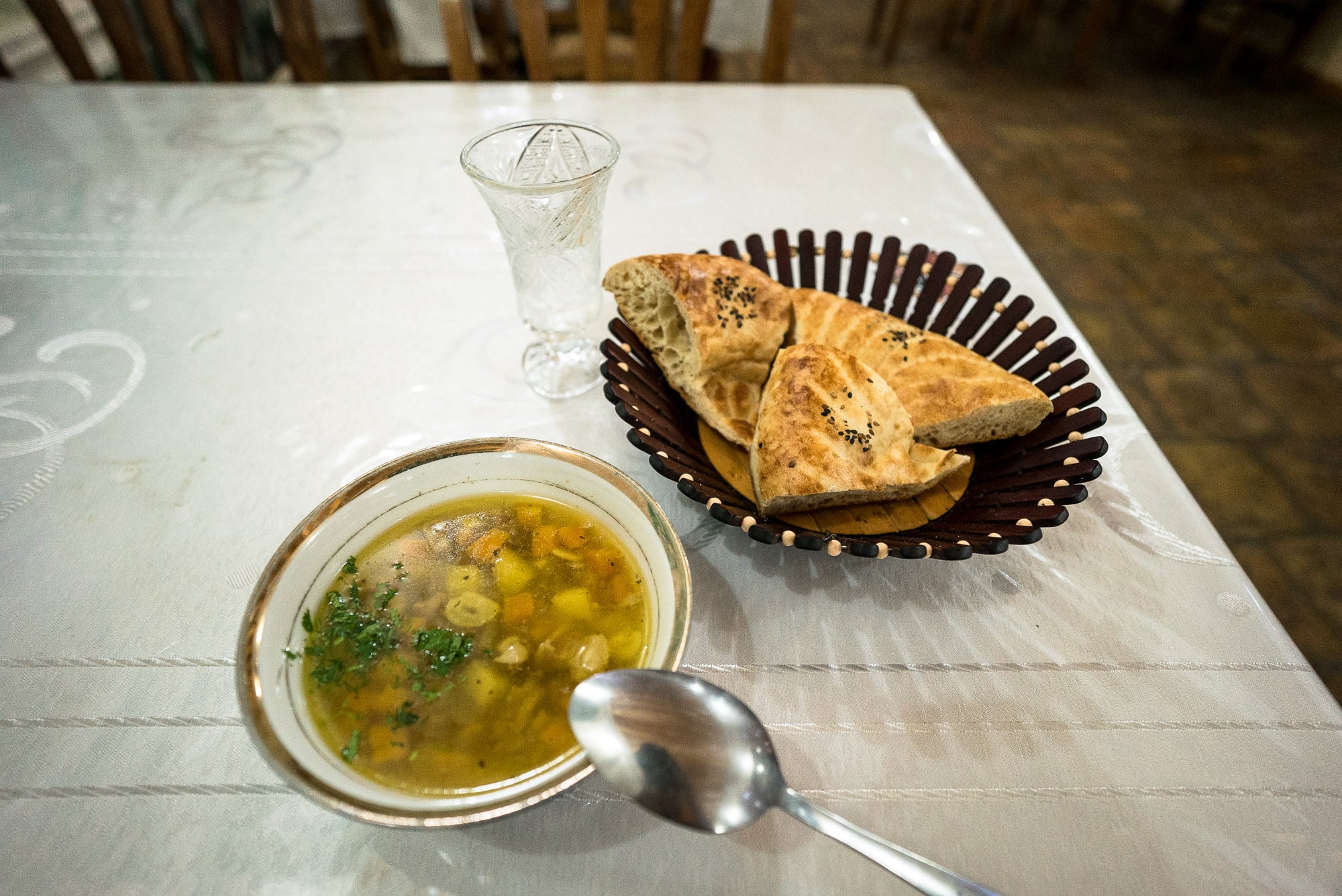 But it was hard to do anything but think of the Turkmen desert that lay ahead. I was going to leave the city at 6:30 in the morning, then enter Turkmenistan two hours later.

And from then on, no connection to the outside world for 15 days.

Here’s my last selfie from Bukhara: 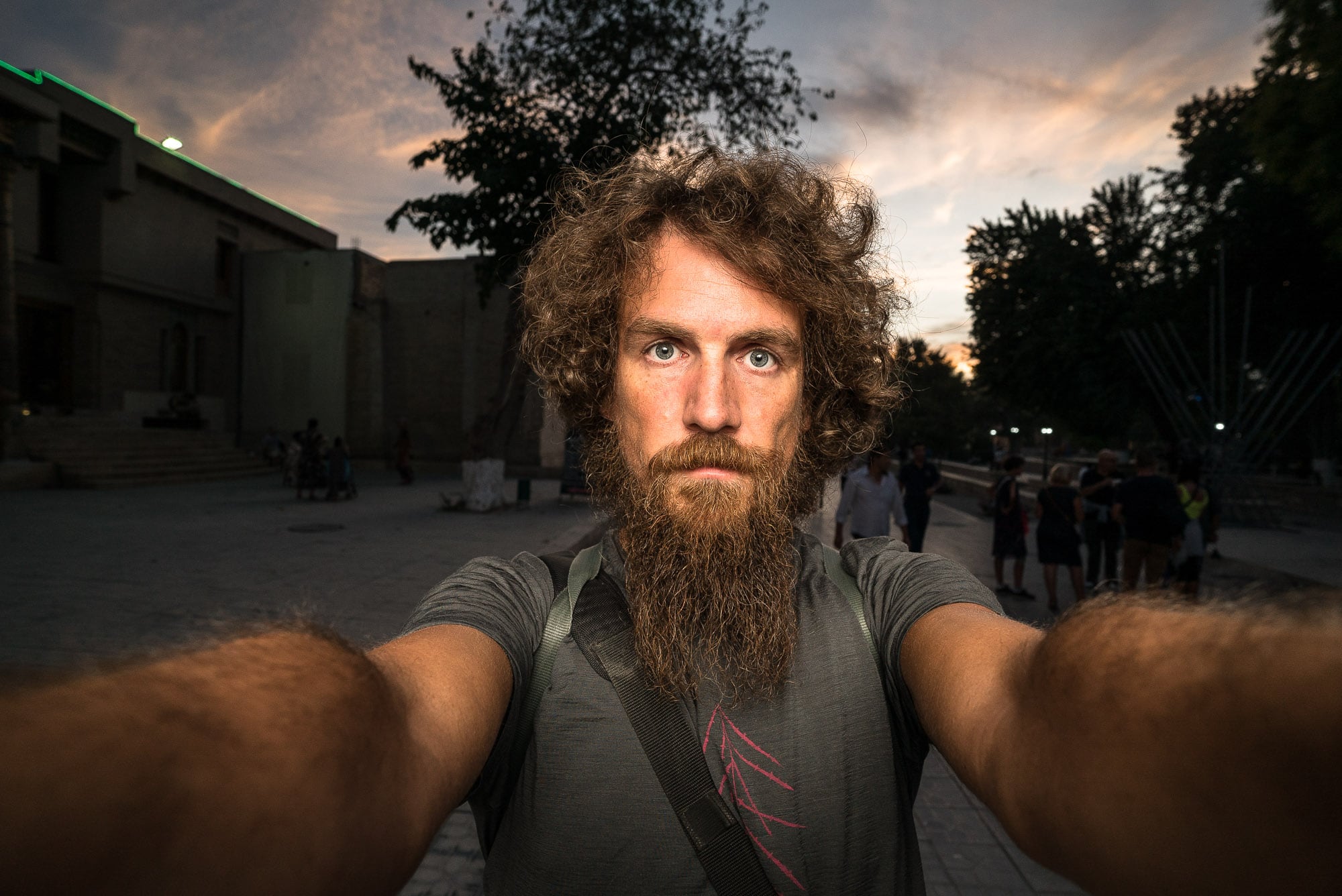 I haven’t been this nervous in a long time.