If you like food, Tashkent is the best place in Uzbekistan. Sure, other areas have their own specialties, but only the big city offers such a large variety of different flavors to choose from, including Korean, Georgian, and Vietnamese.

So we ate and we ate. Sometimes we had exotic foods, sometimes we tried local stuff: 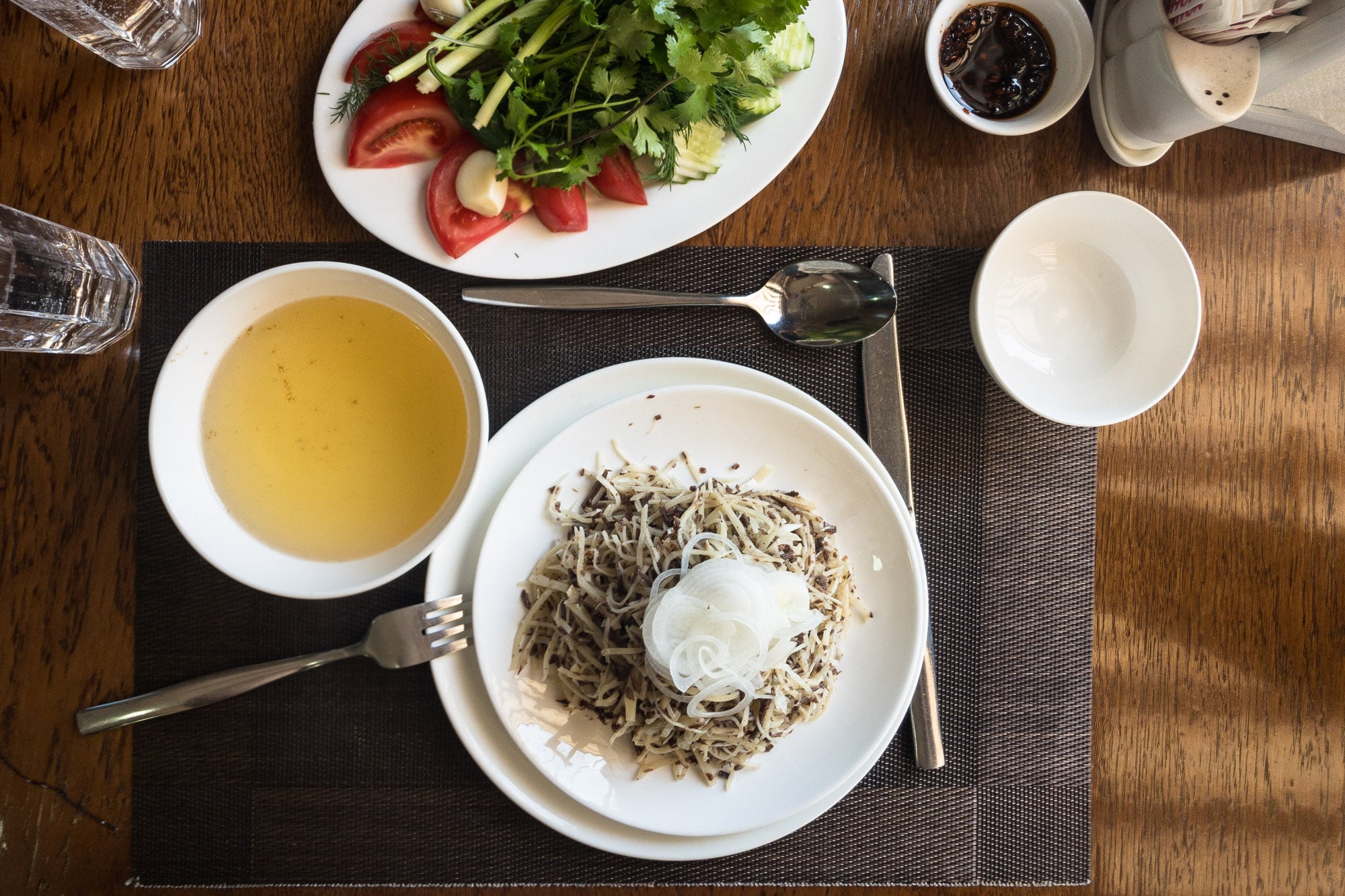 The above dish is called naryn and is made of noodles, horse meat, and onions. It’s quite tasty.

Oh, and I found out that inflation-ridden Uzbekistan had finally created a new banknote: 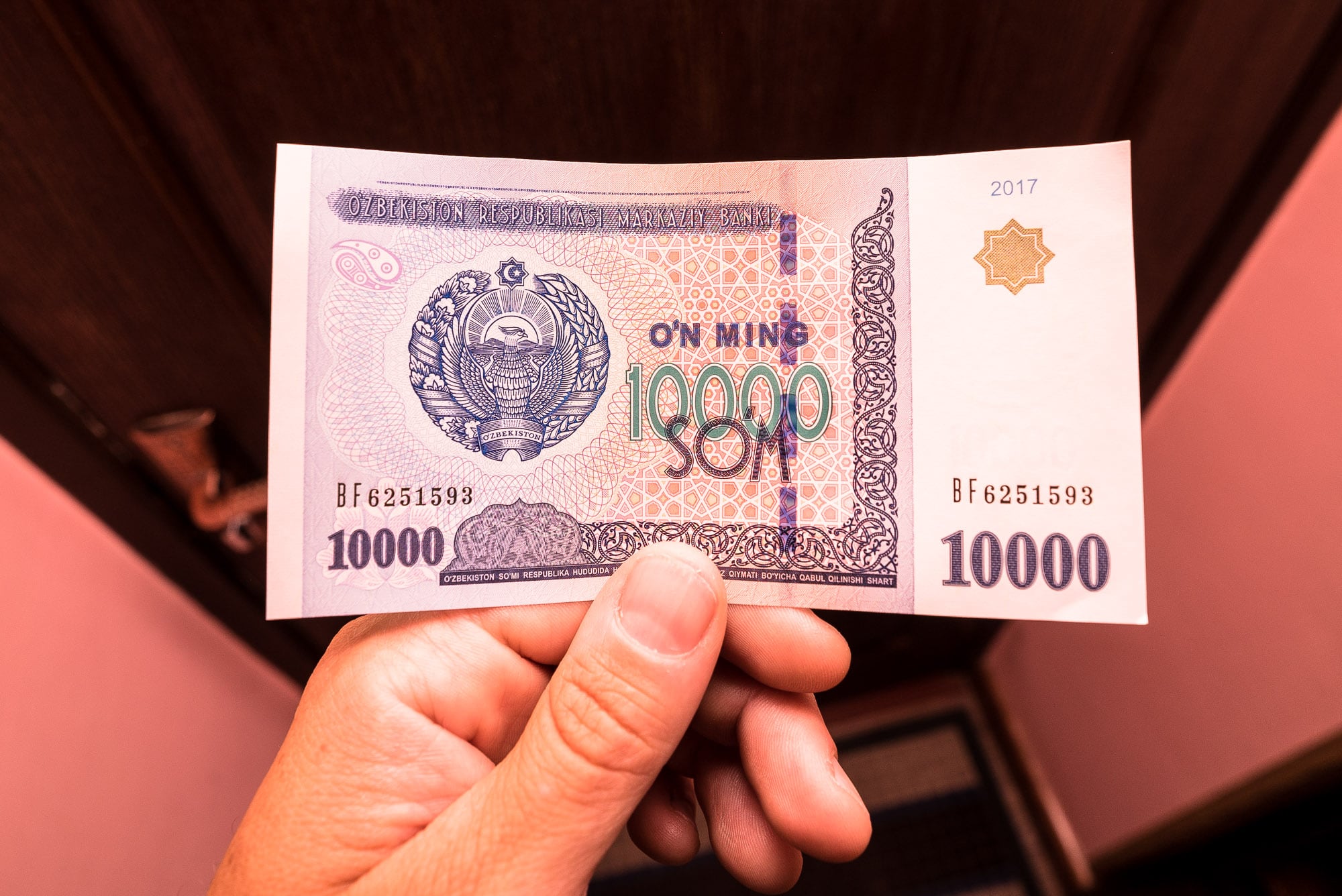 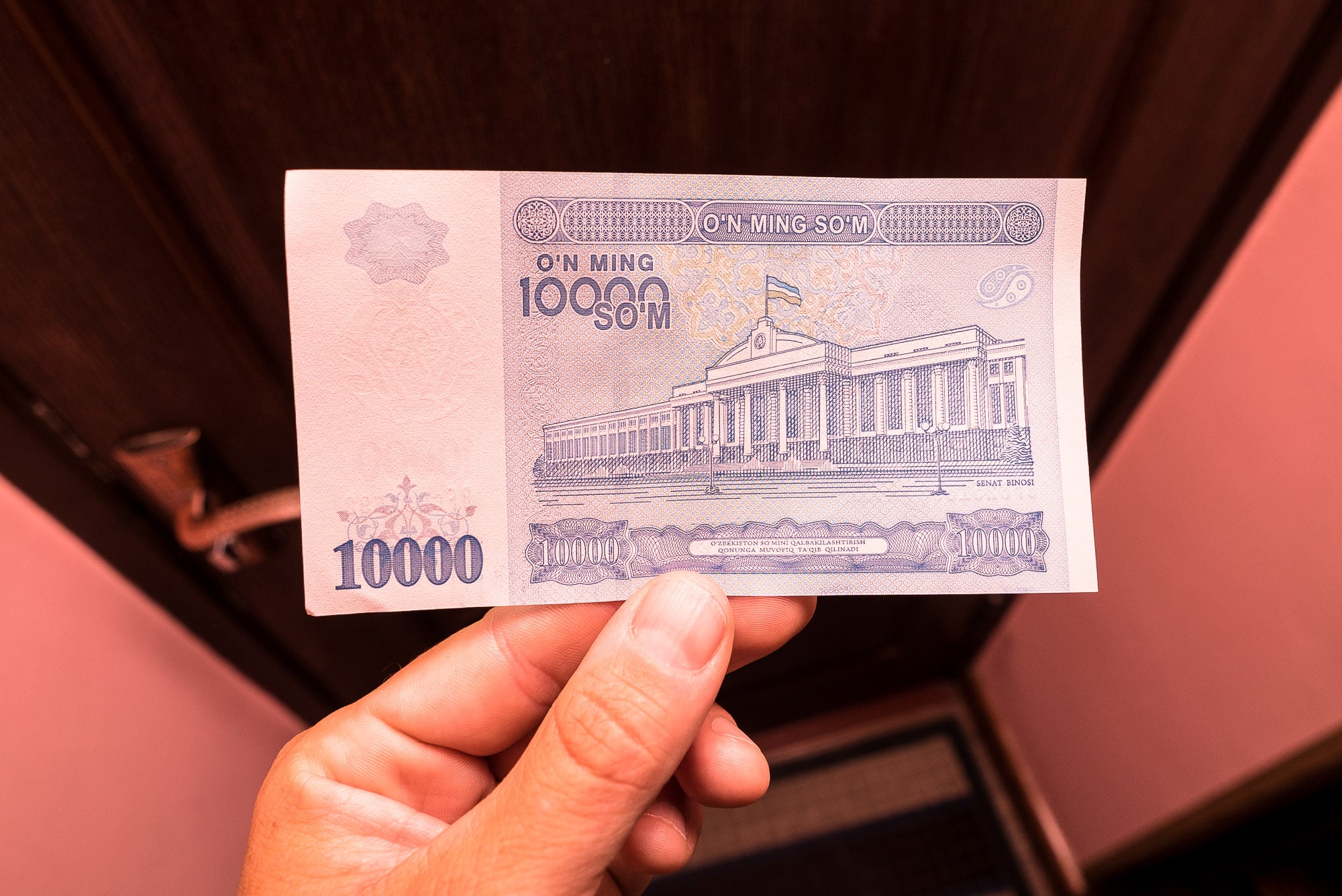 This was the biggest note you could carry around.
It was worth a bit more than one dollar.