We left Tashkent in a cab today. We went directly to Yangiyul, where I tried to obtain a couple of documents about the accident from the local courthouse: 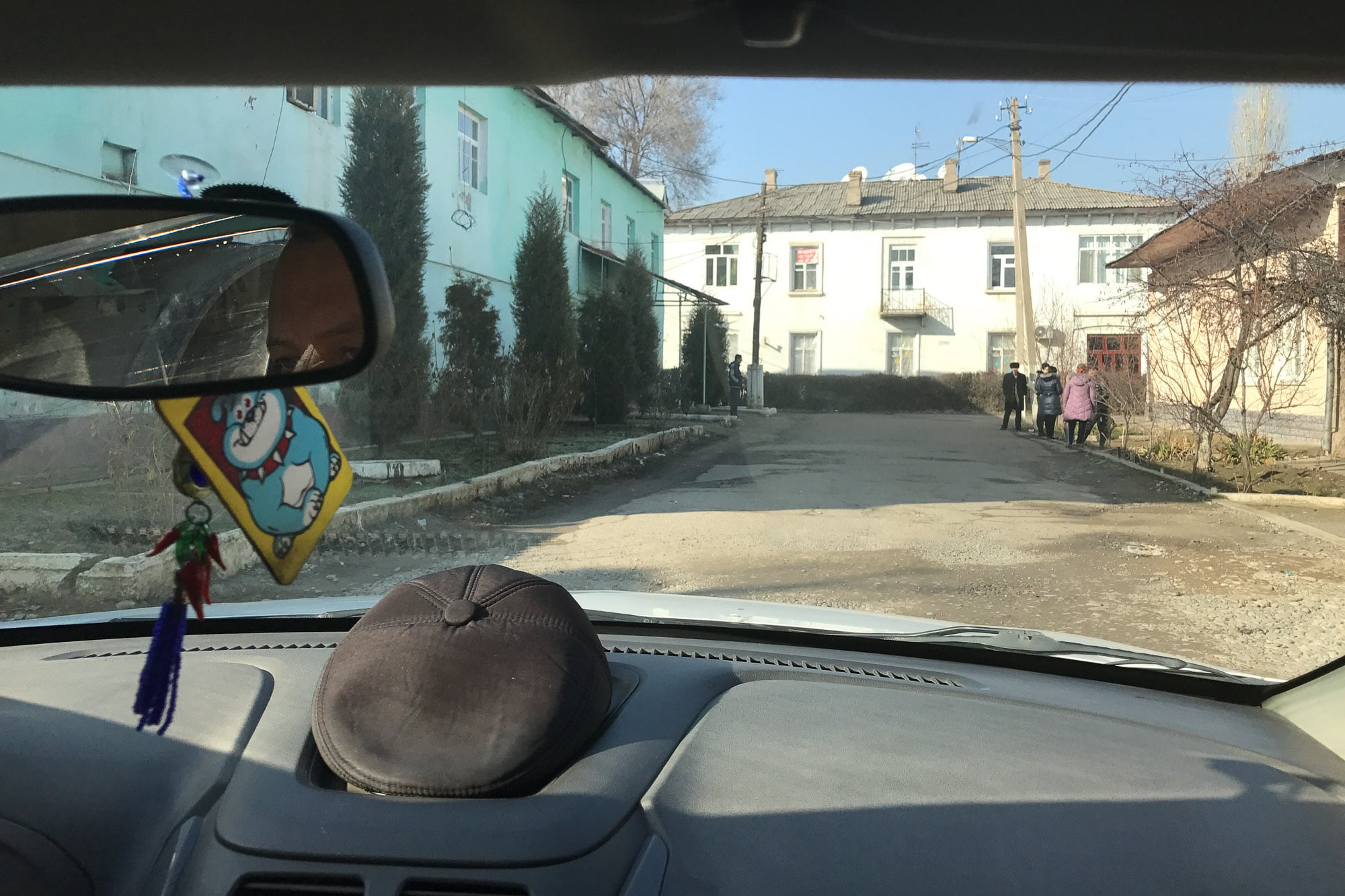 So we kept going, tried to buy plastic stools to sit on (and failed at that, too). When we got close to Chinaz, one of the places where I had slept the last time I was here, there was fog everywhere: 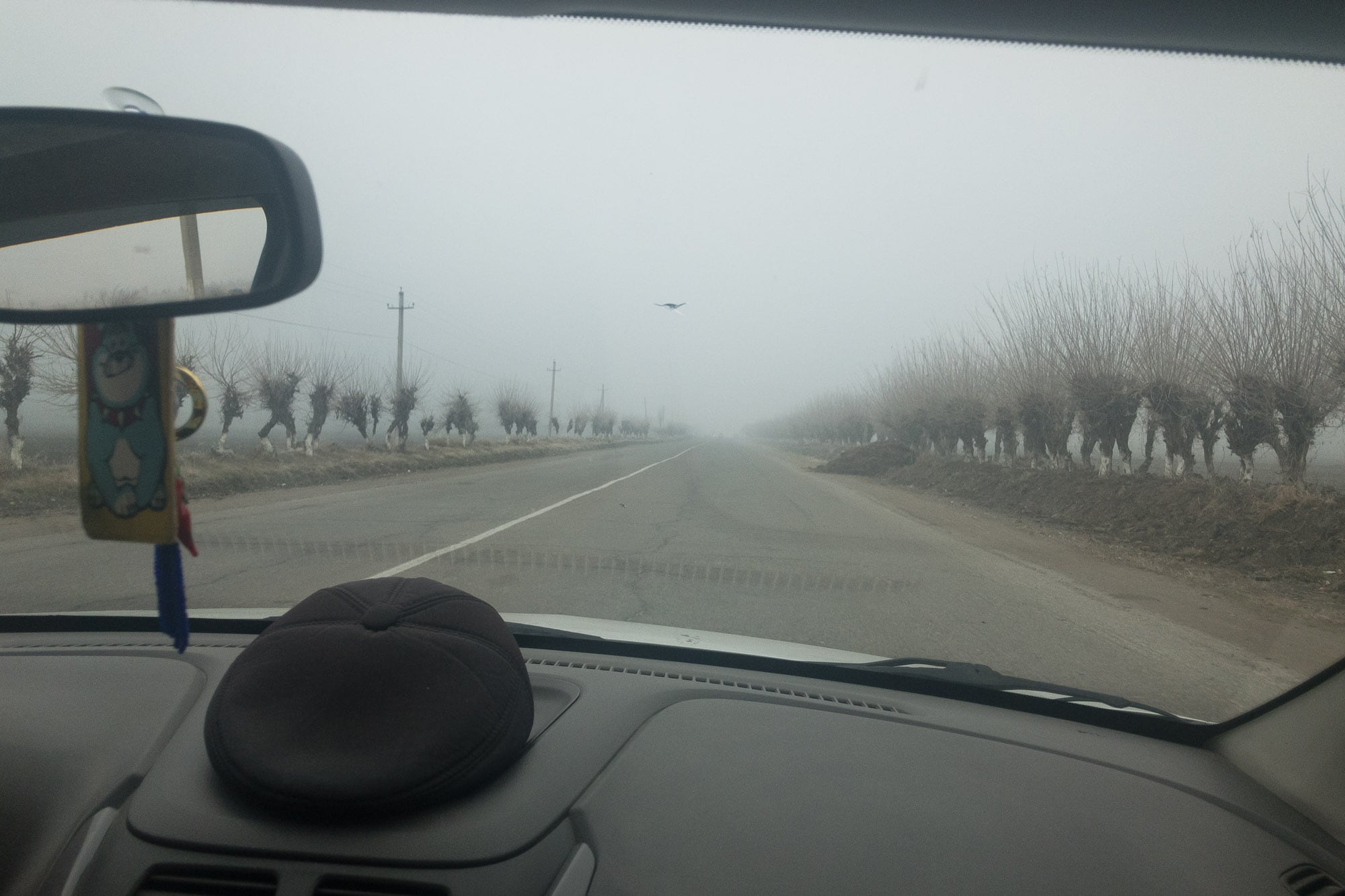 We got a room in the hotel next to the fish market and went out to have fish: 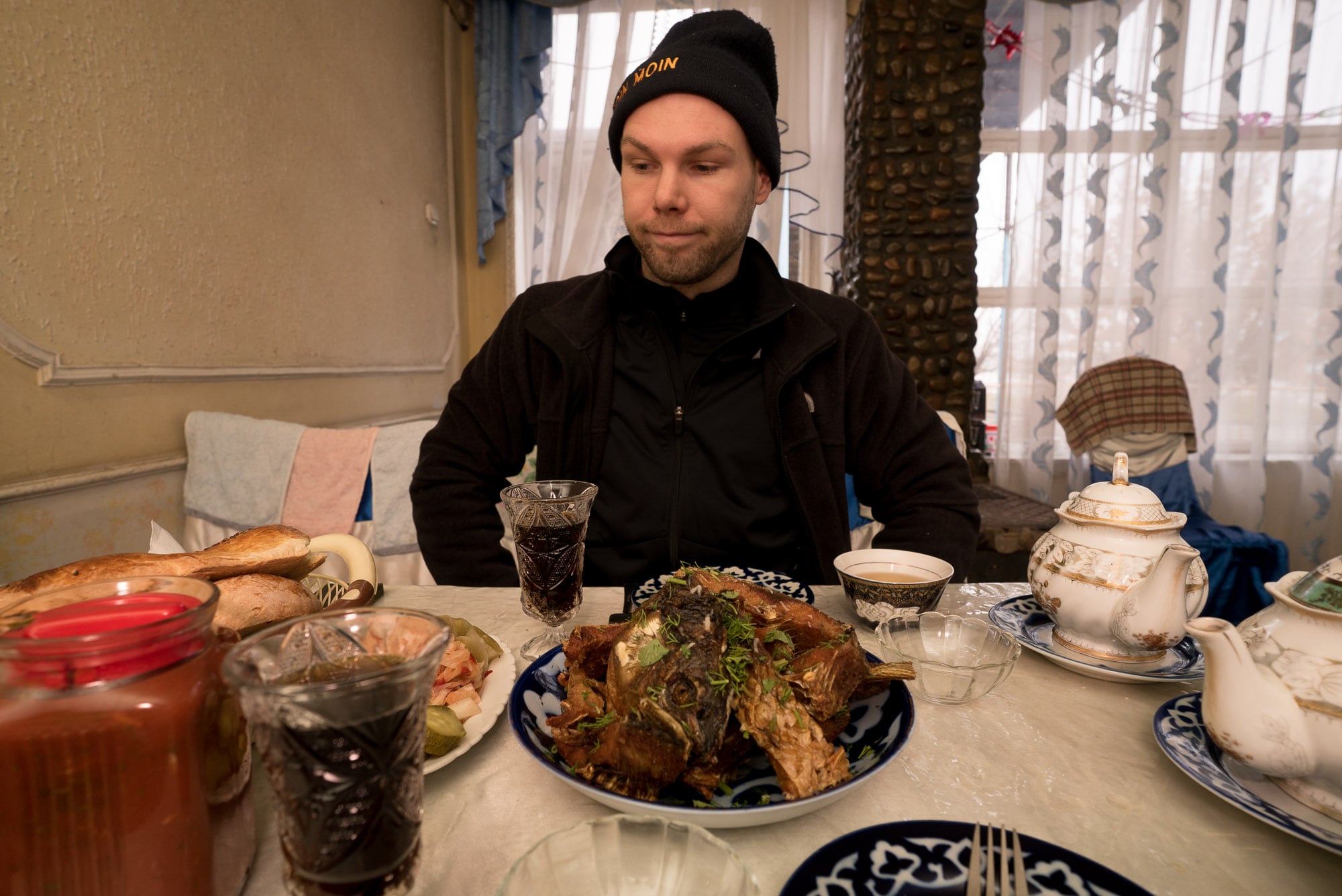 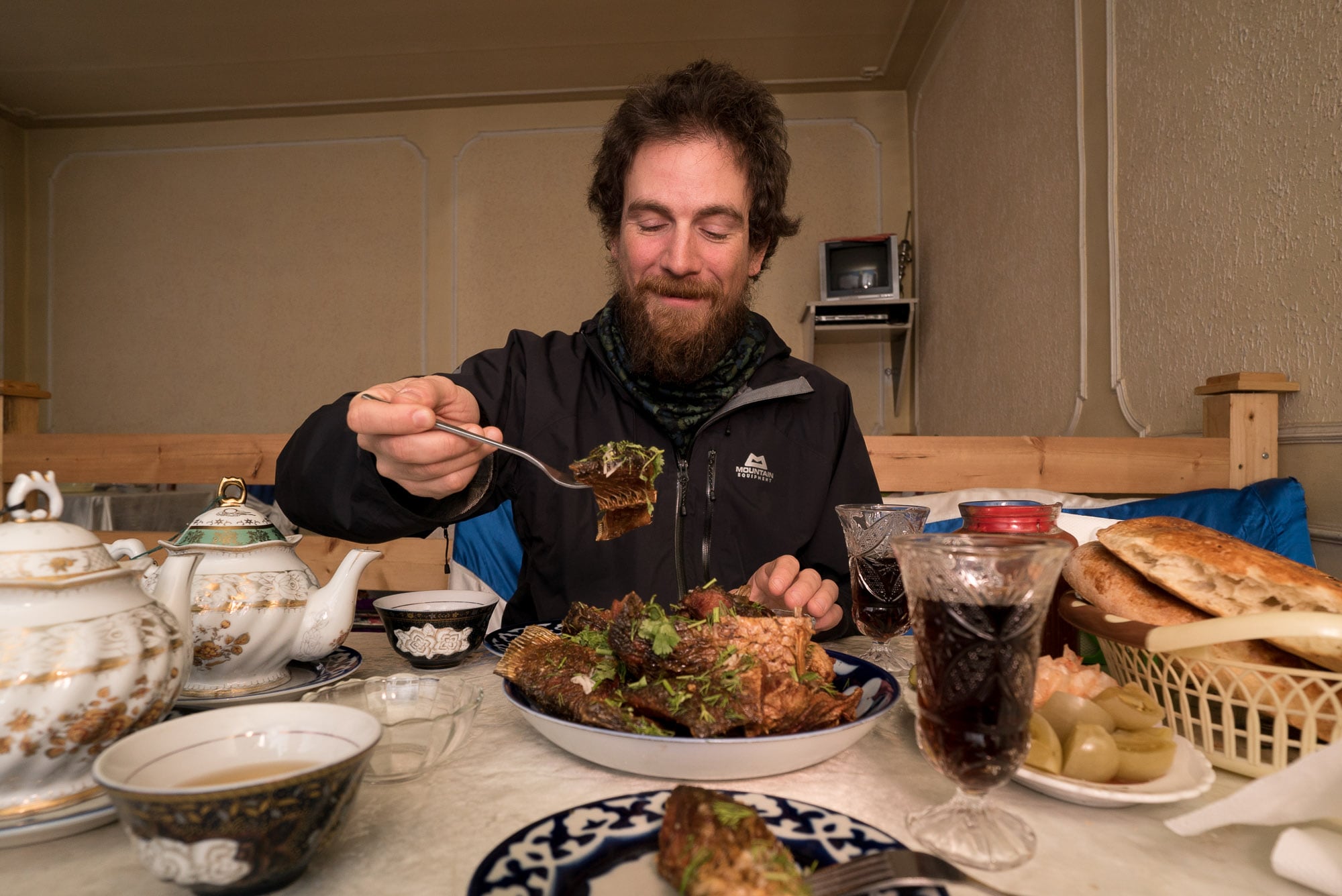 Then some people appeared and showed us around. They showed us the fish being chopped up: 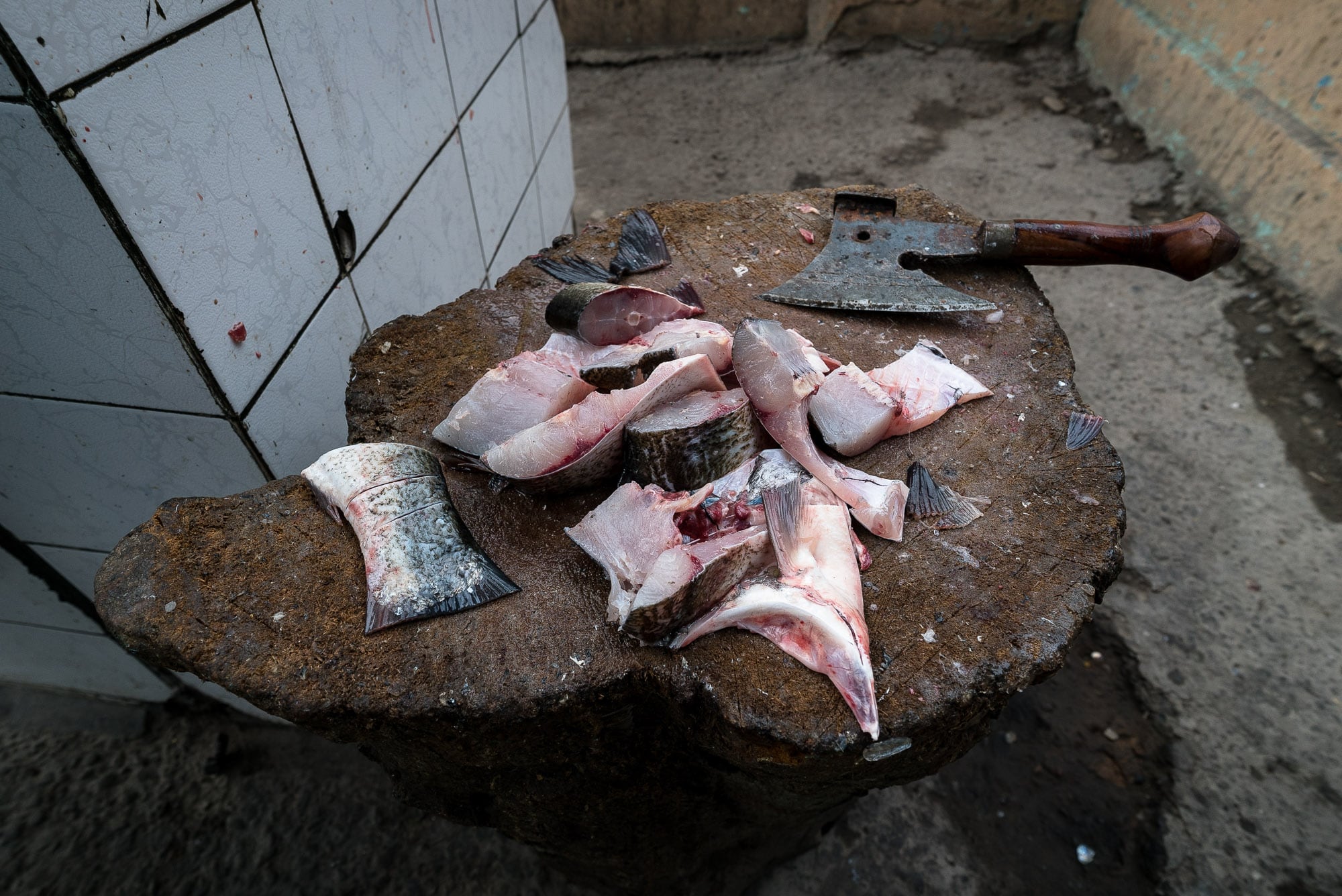 Showed us the fish as a whole: 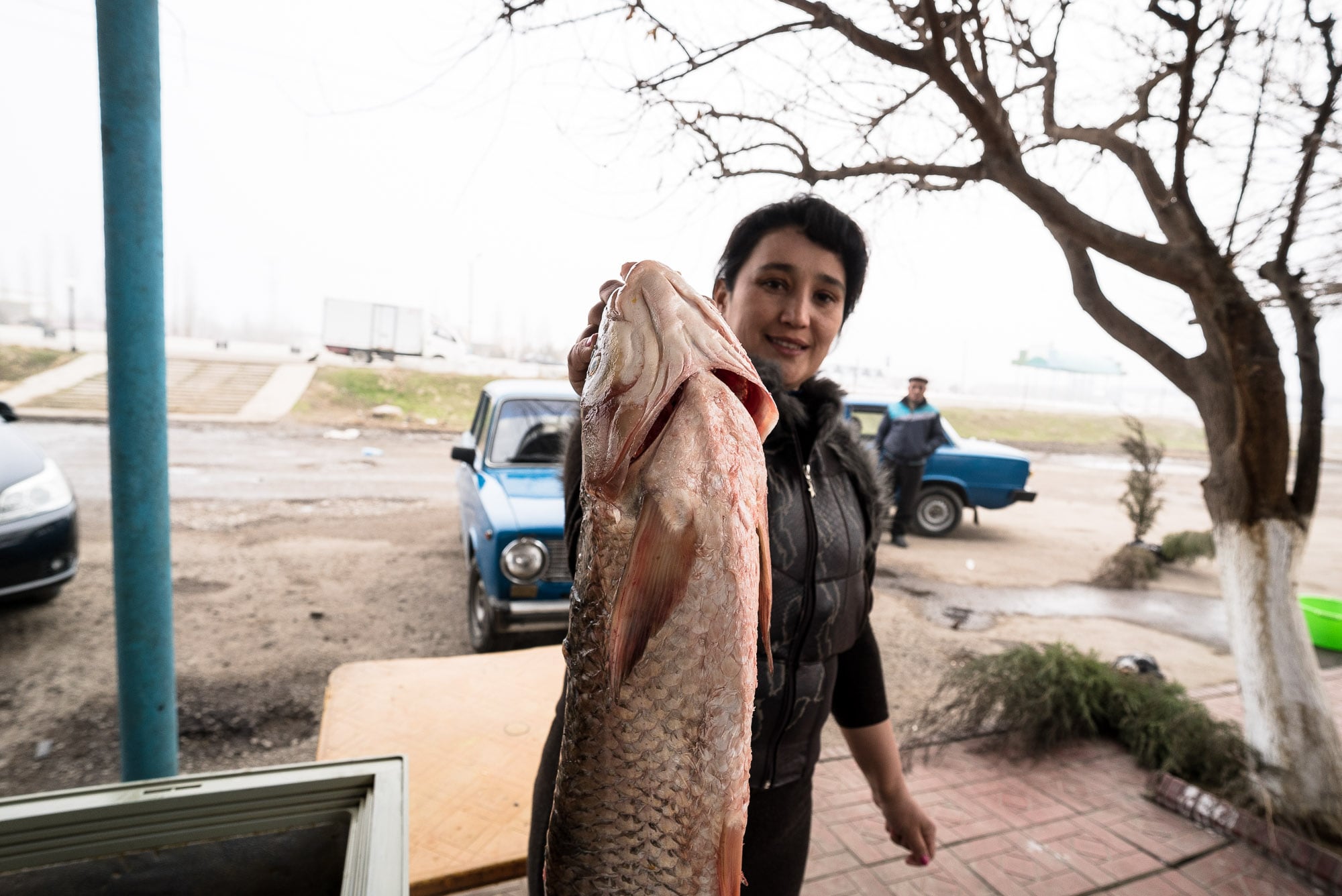 Showed us the fish on the floor: 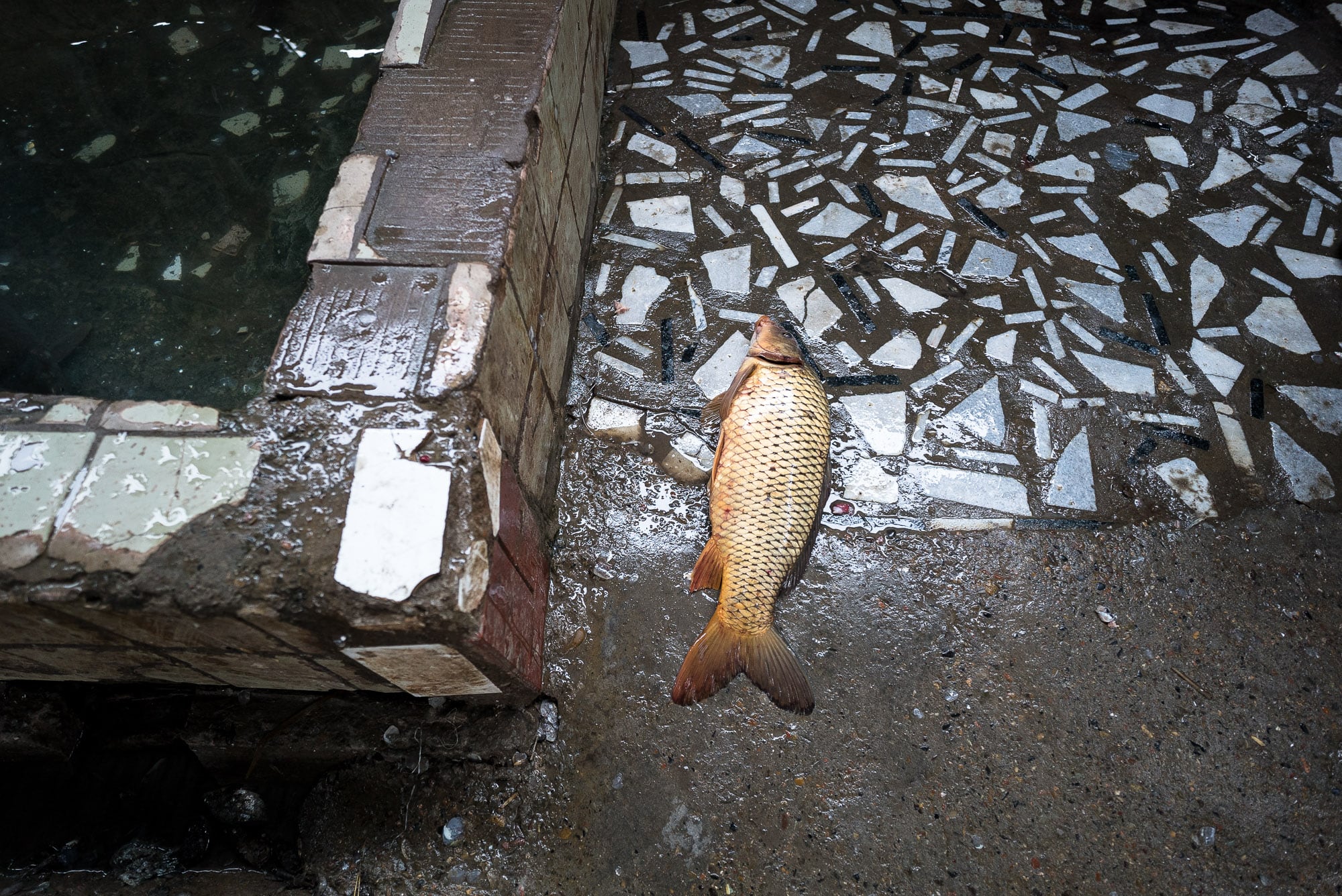 And the fish in the pool: 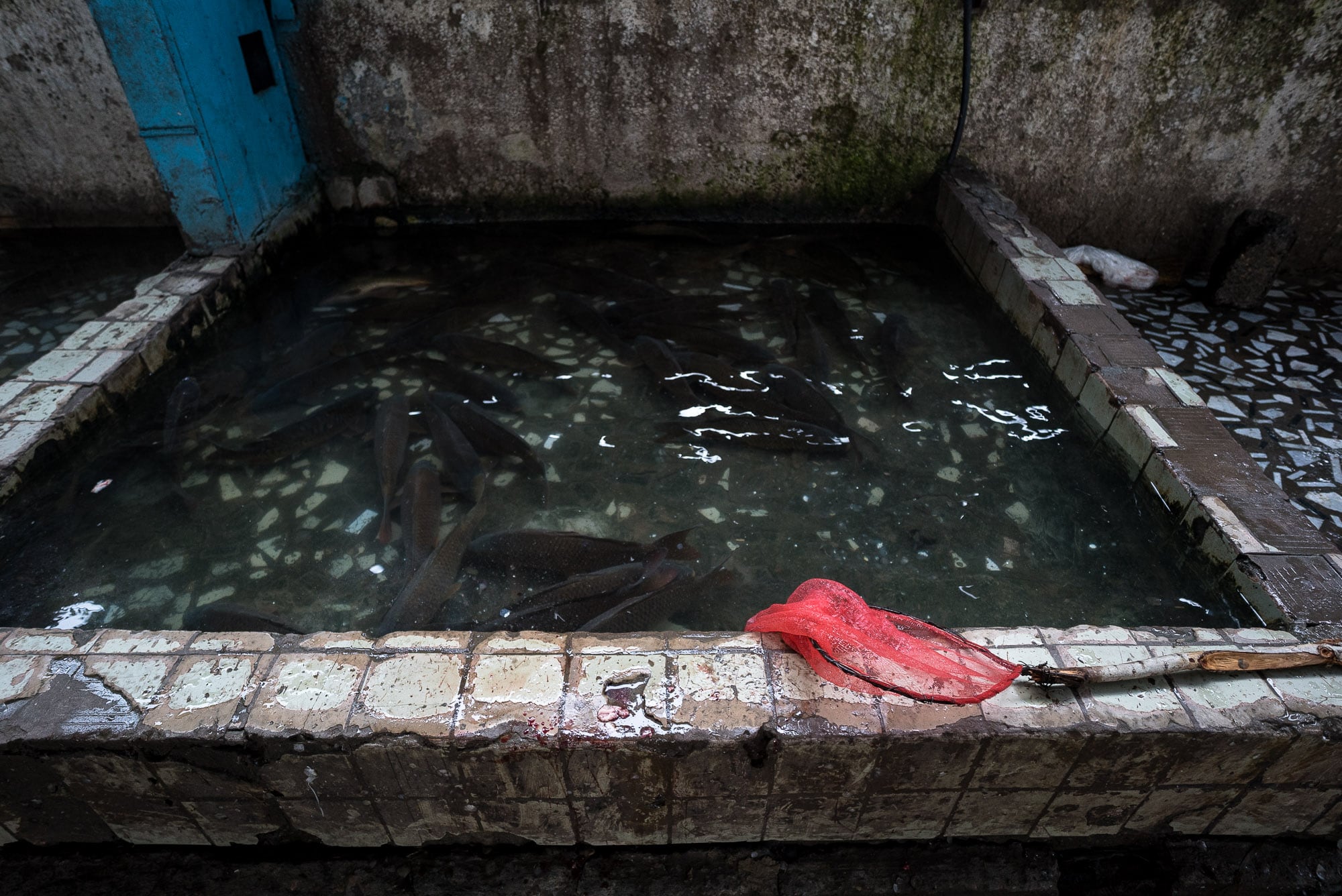 They showed us the fish in large bags: 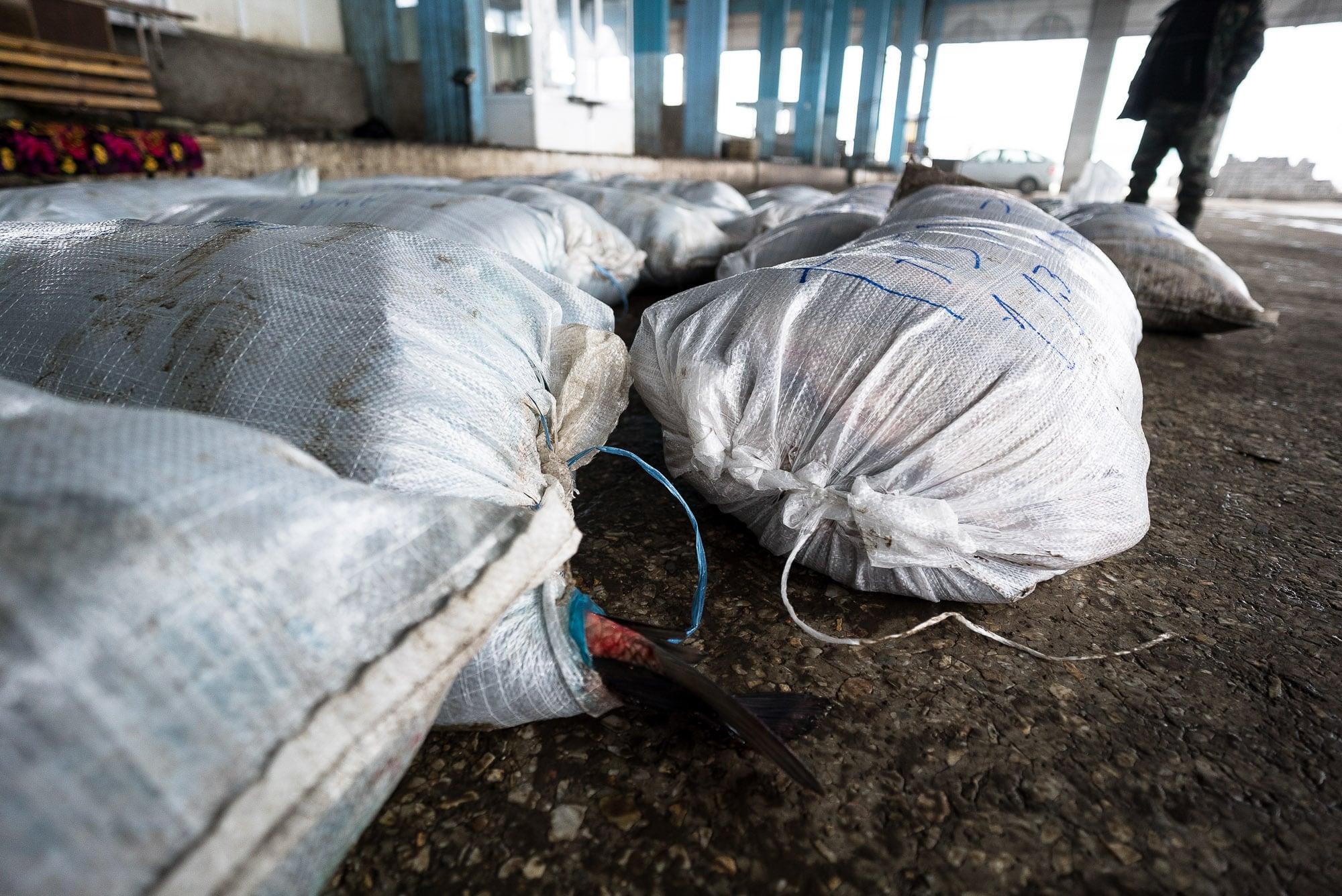 They showed us the hall of the fish bazaar (which only operated at night): 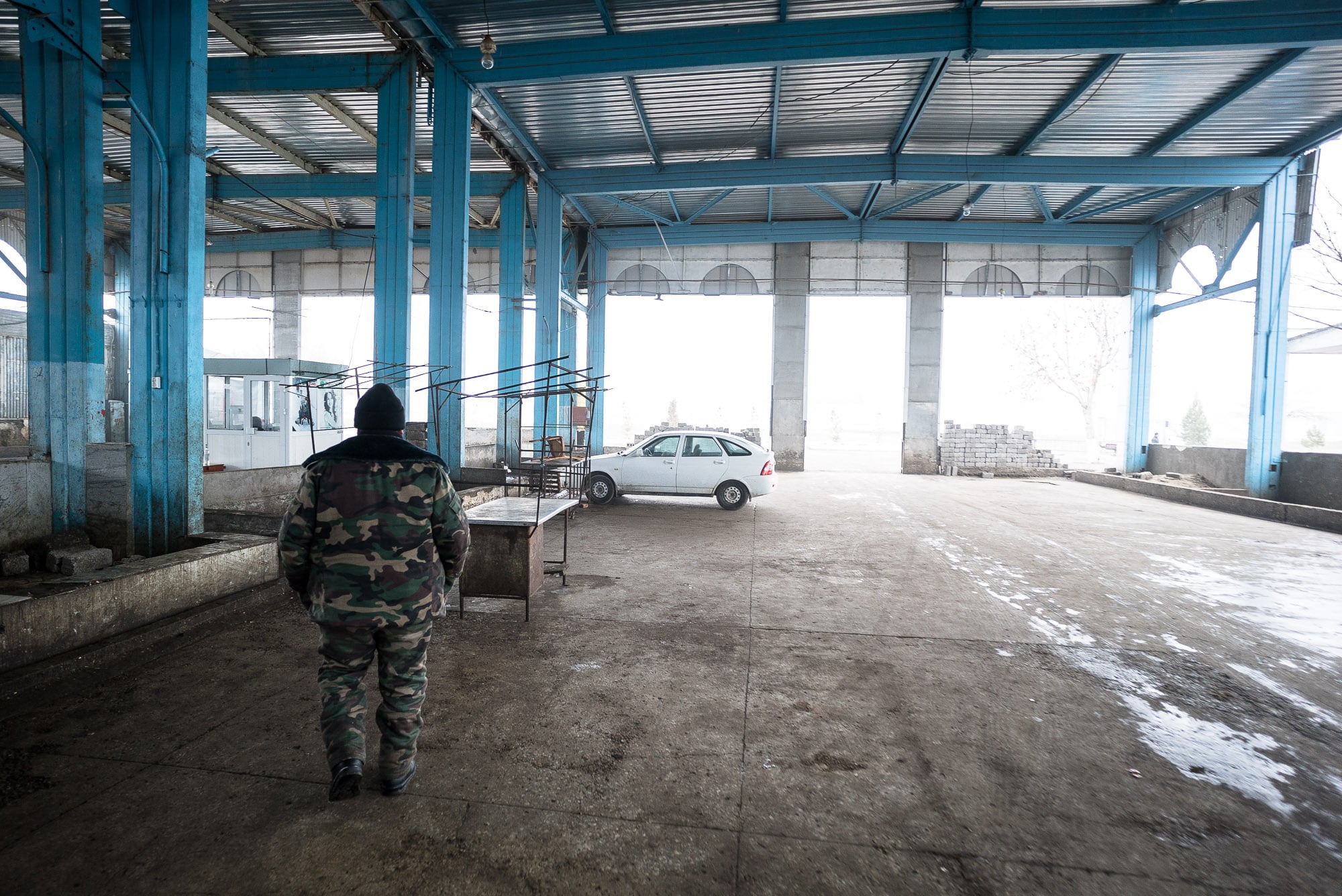 They showed us a whole bunch of fish: 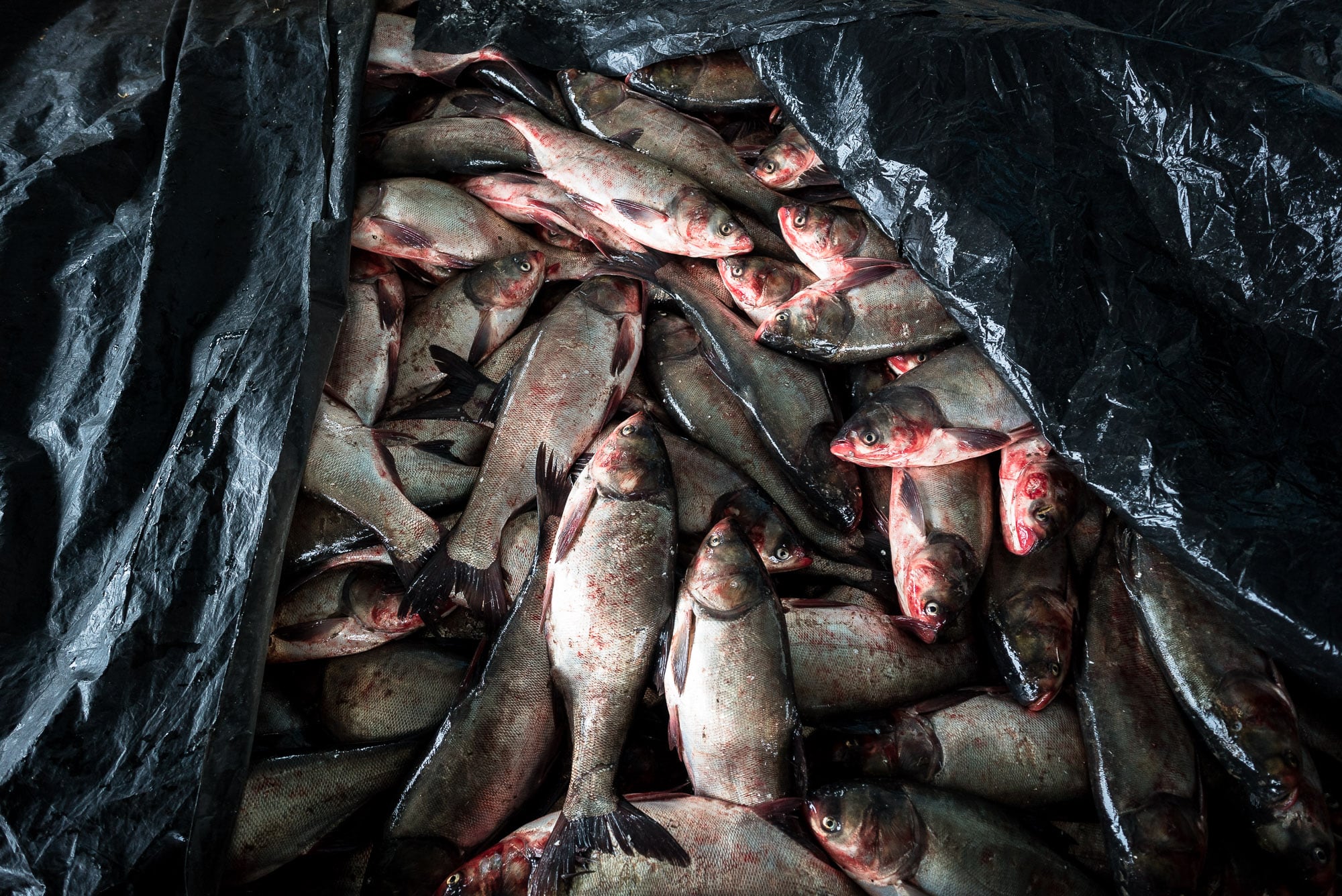 And we said: thanks for all the fish! 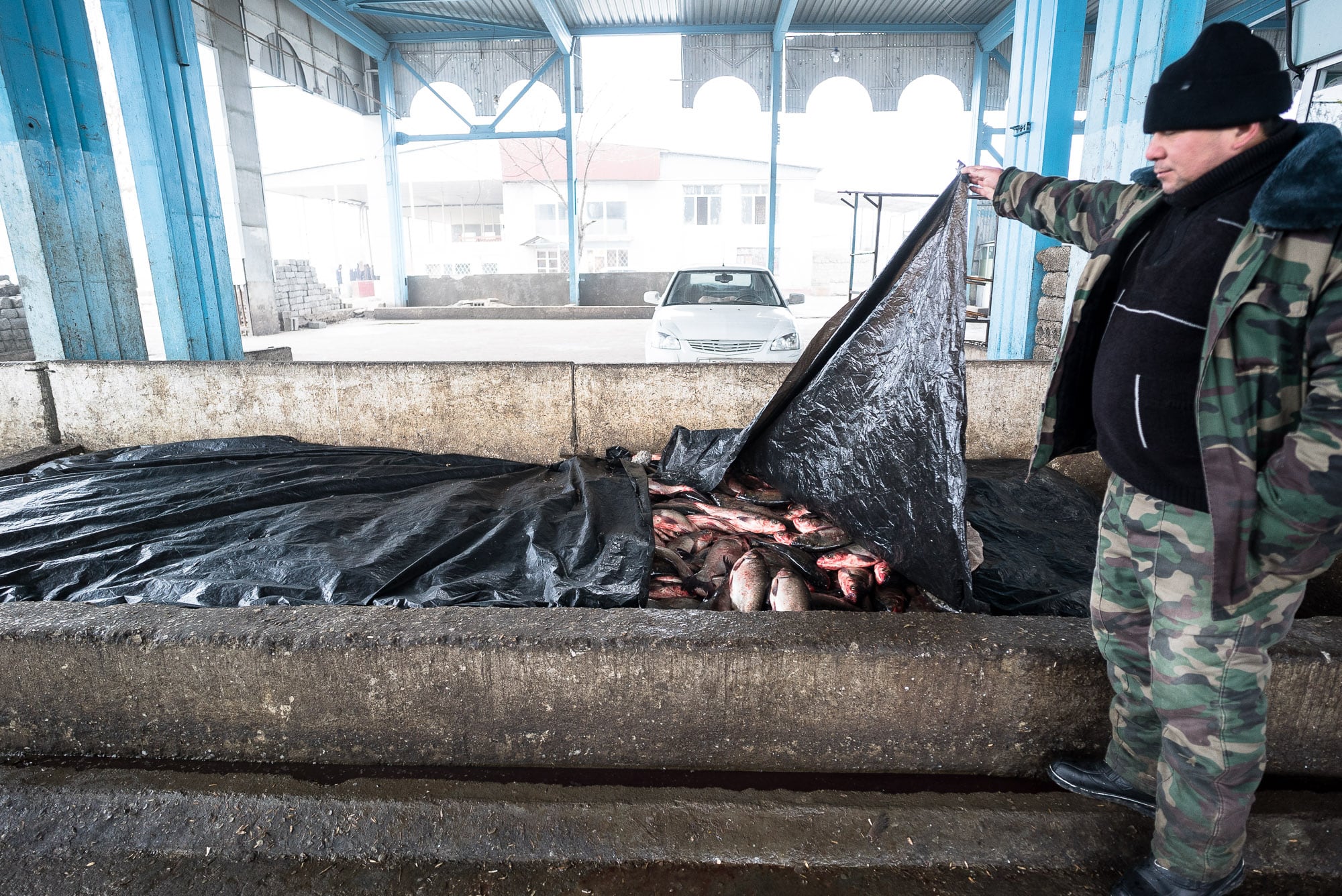 Then we went back to the road and tried to hitch a ride to Baht, where I had parked the Caboose two weeks earlier: 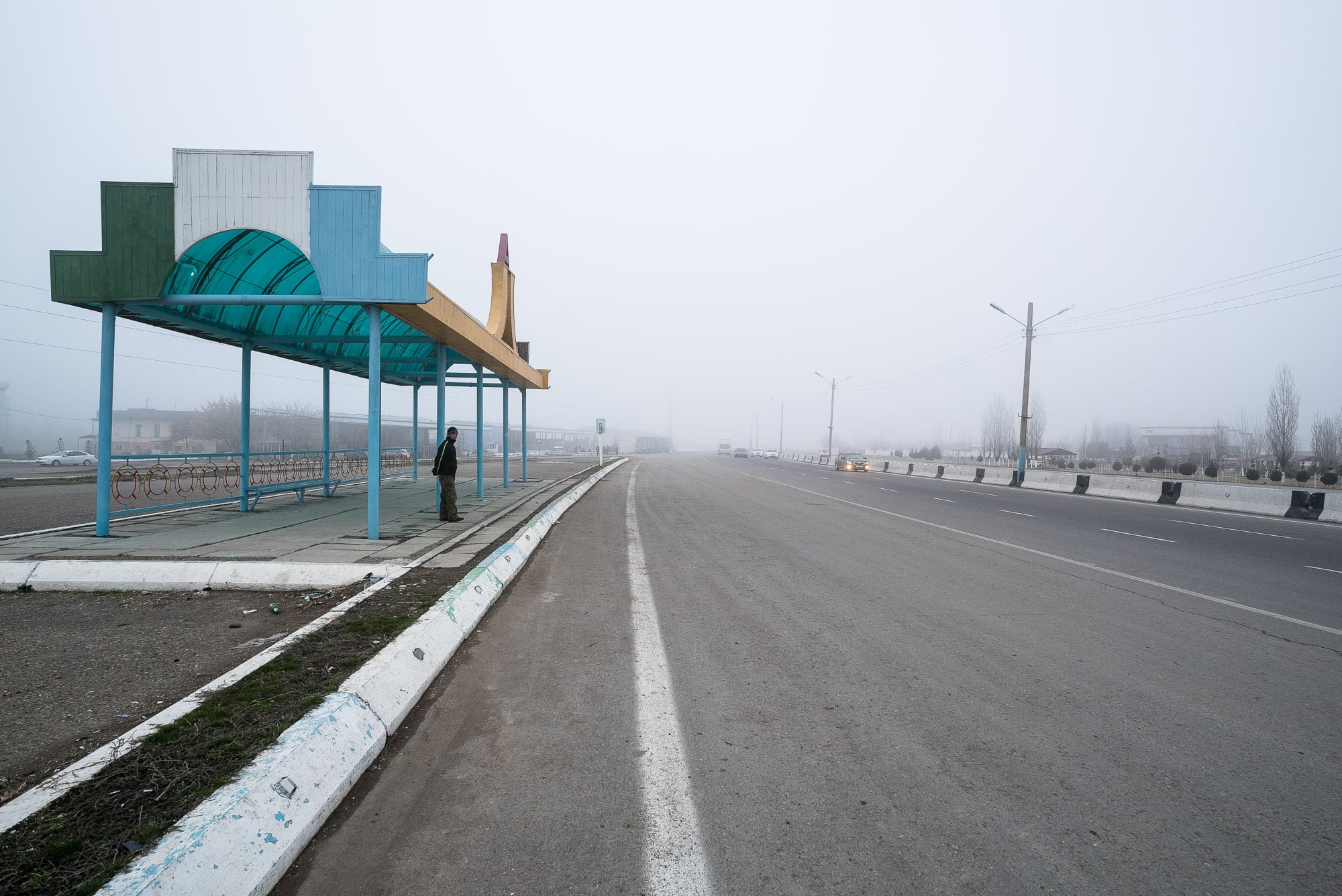 It took a while: 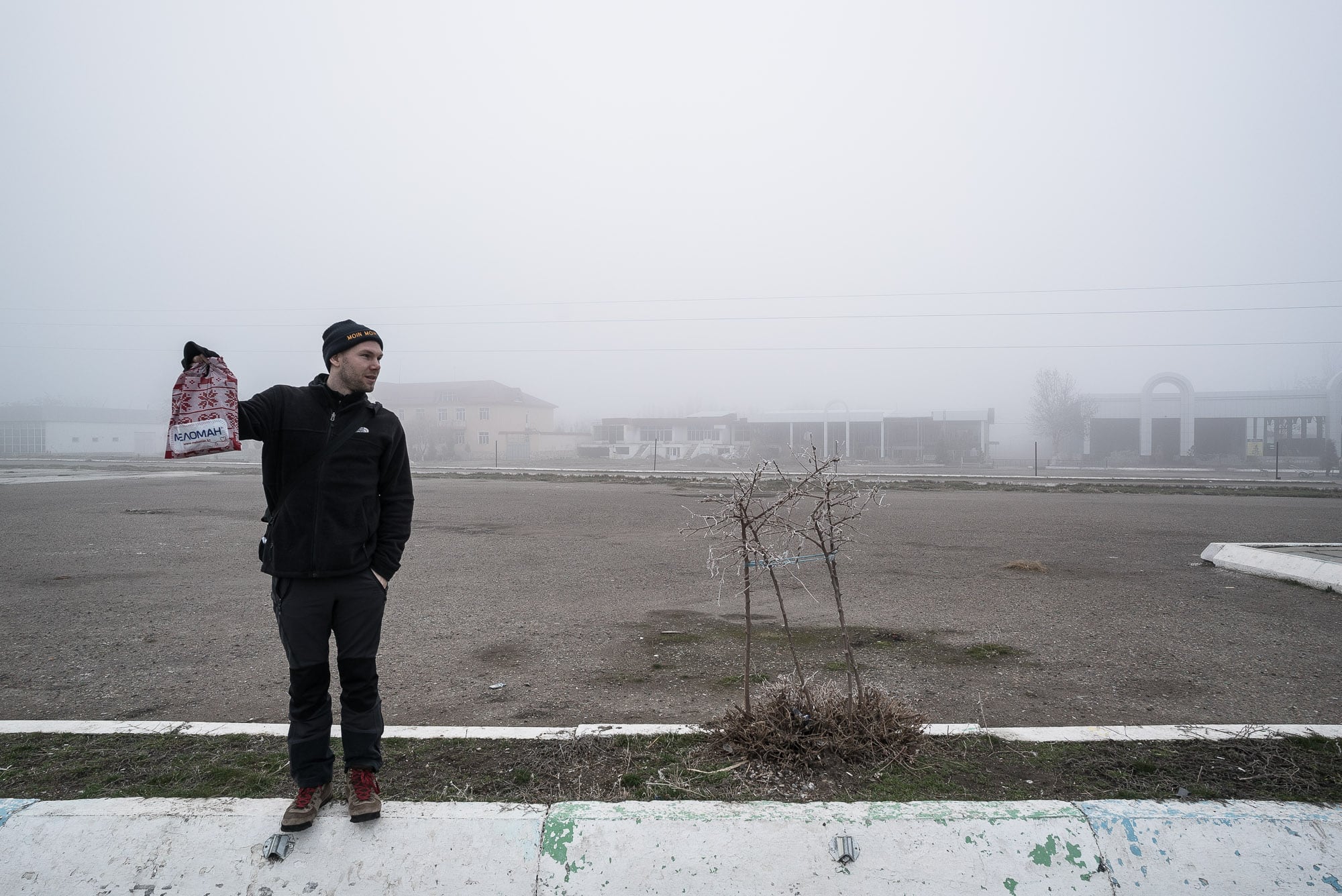 But we eventually made it there. And when we did, we played with balloons: 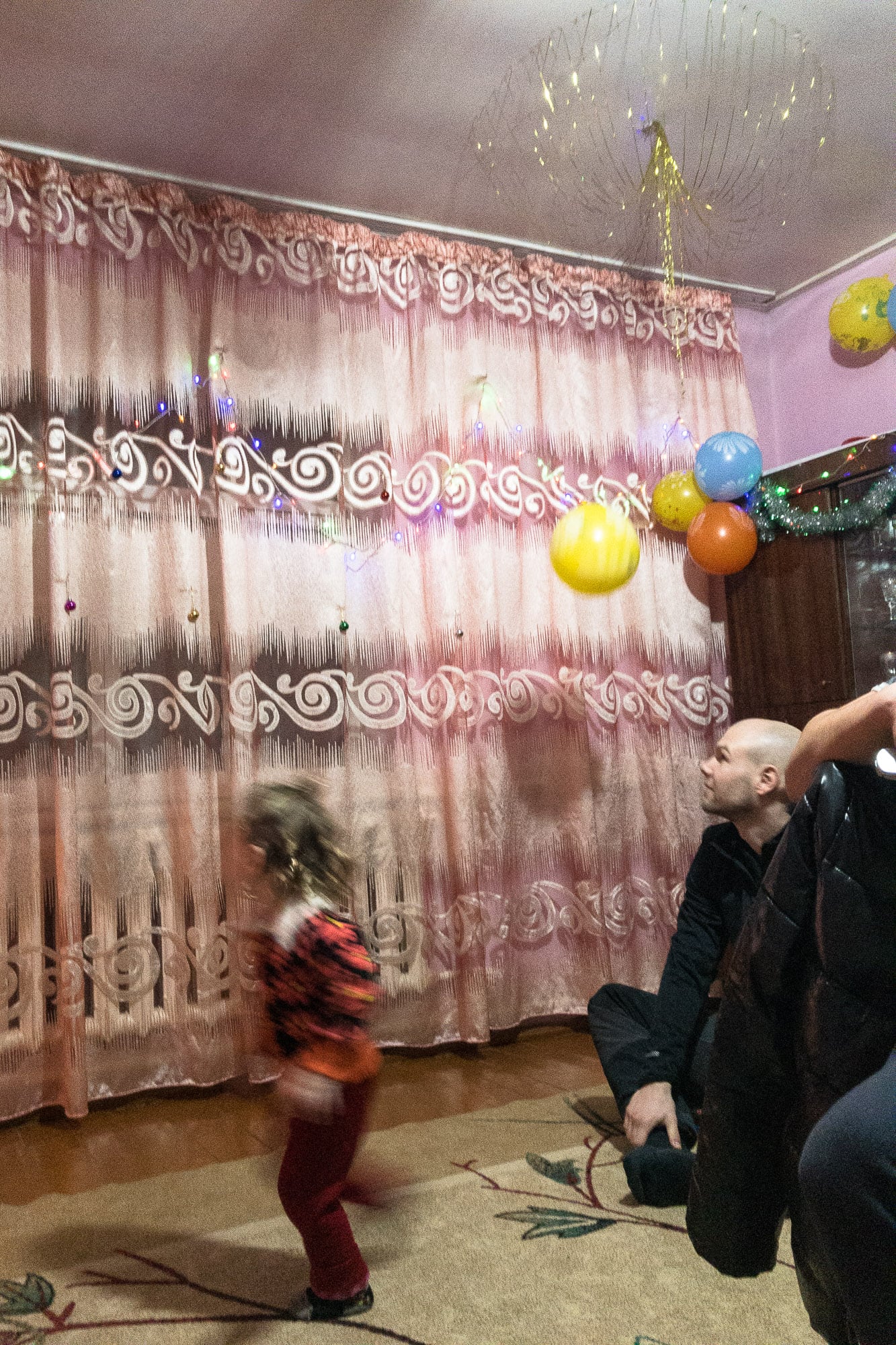 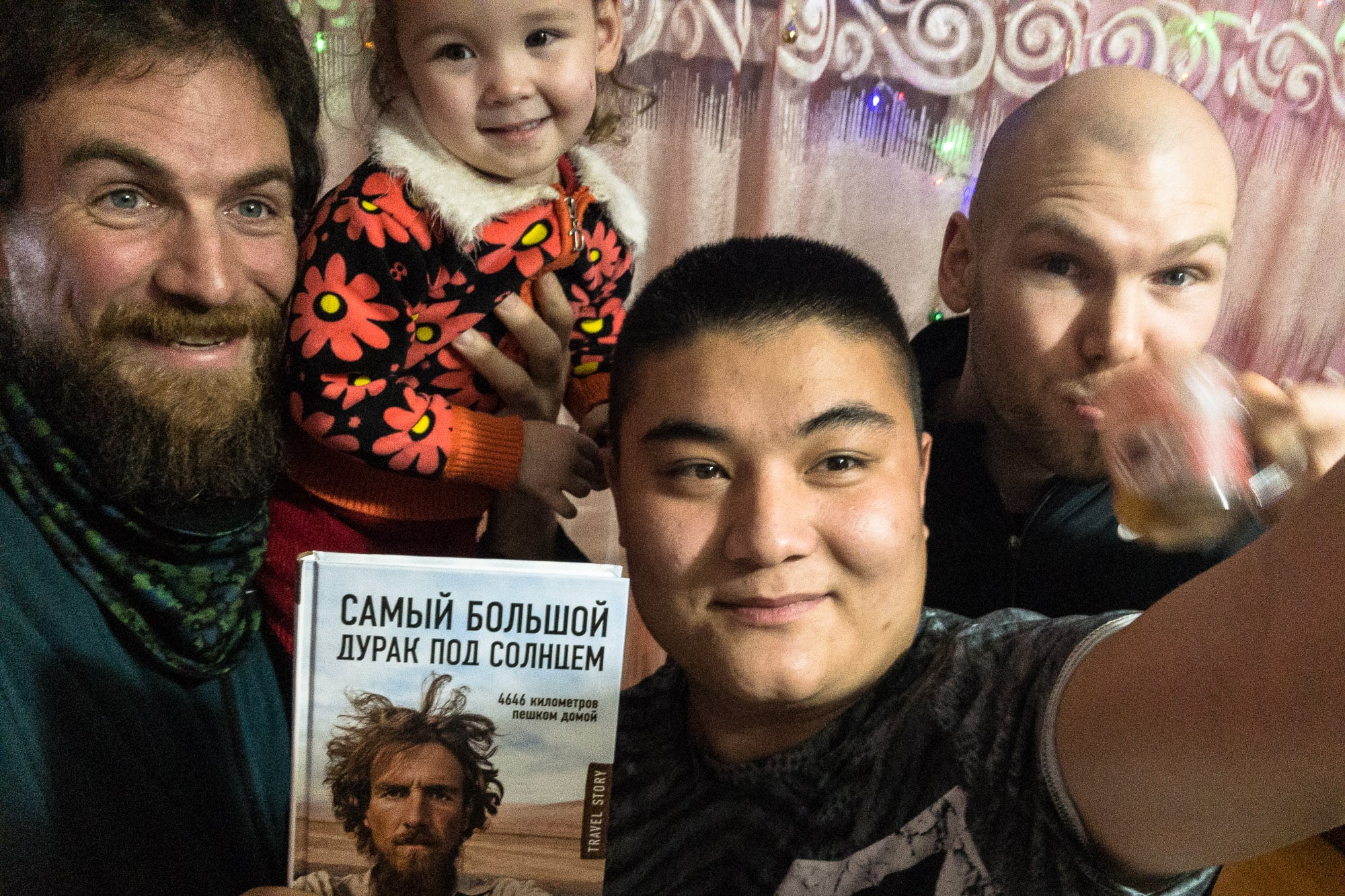 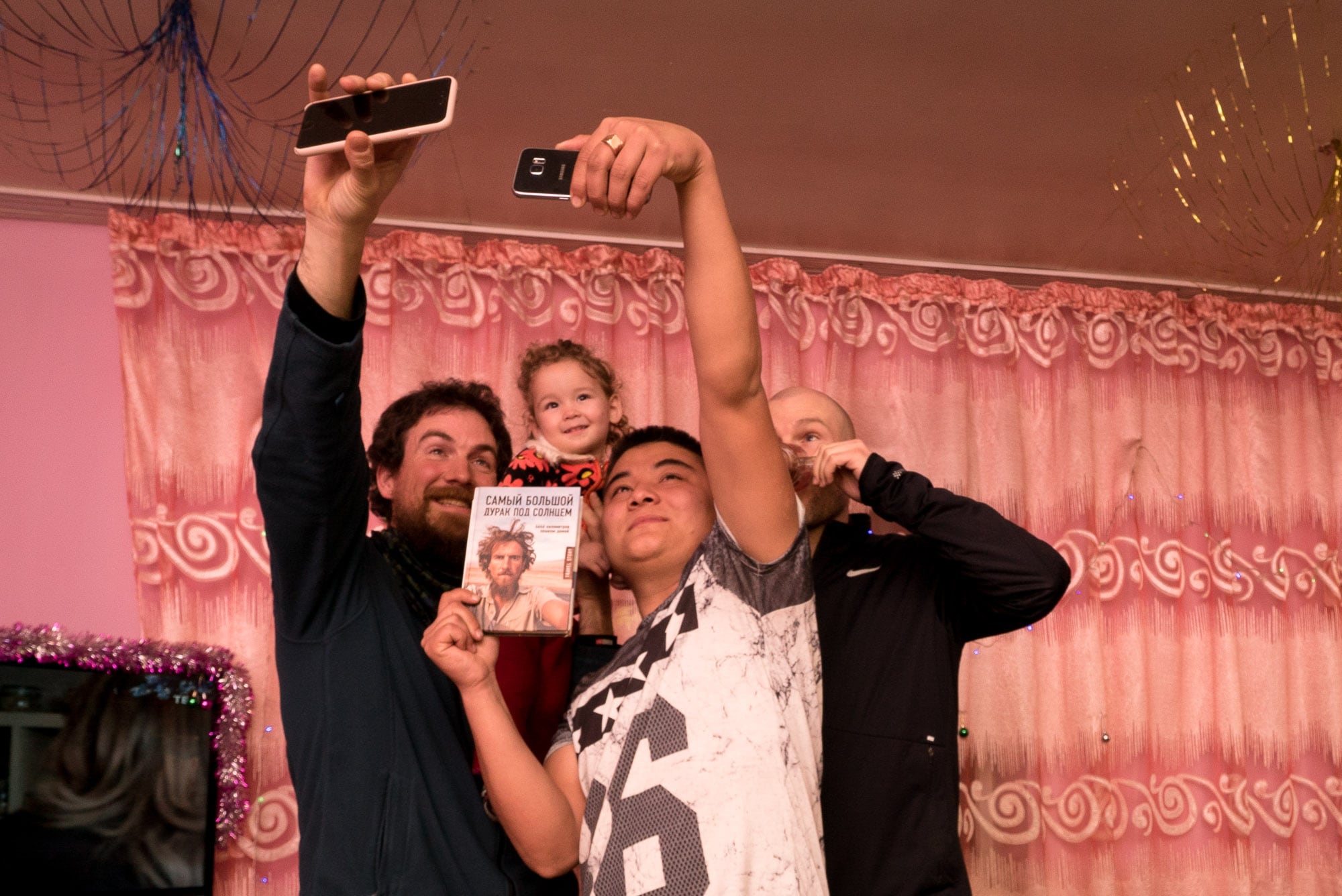 We took pictures of each other: 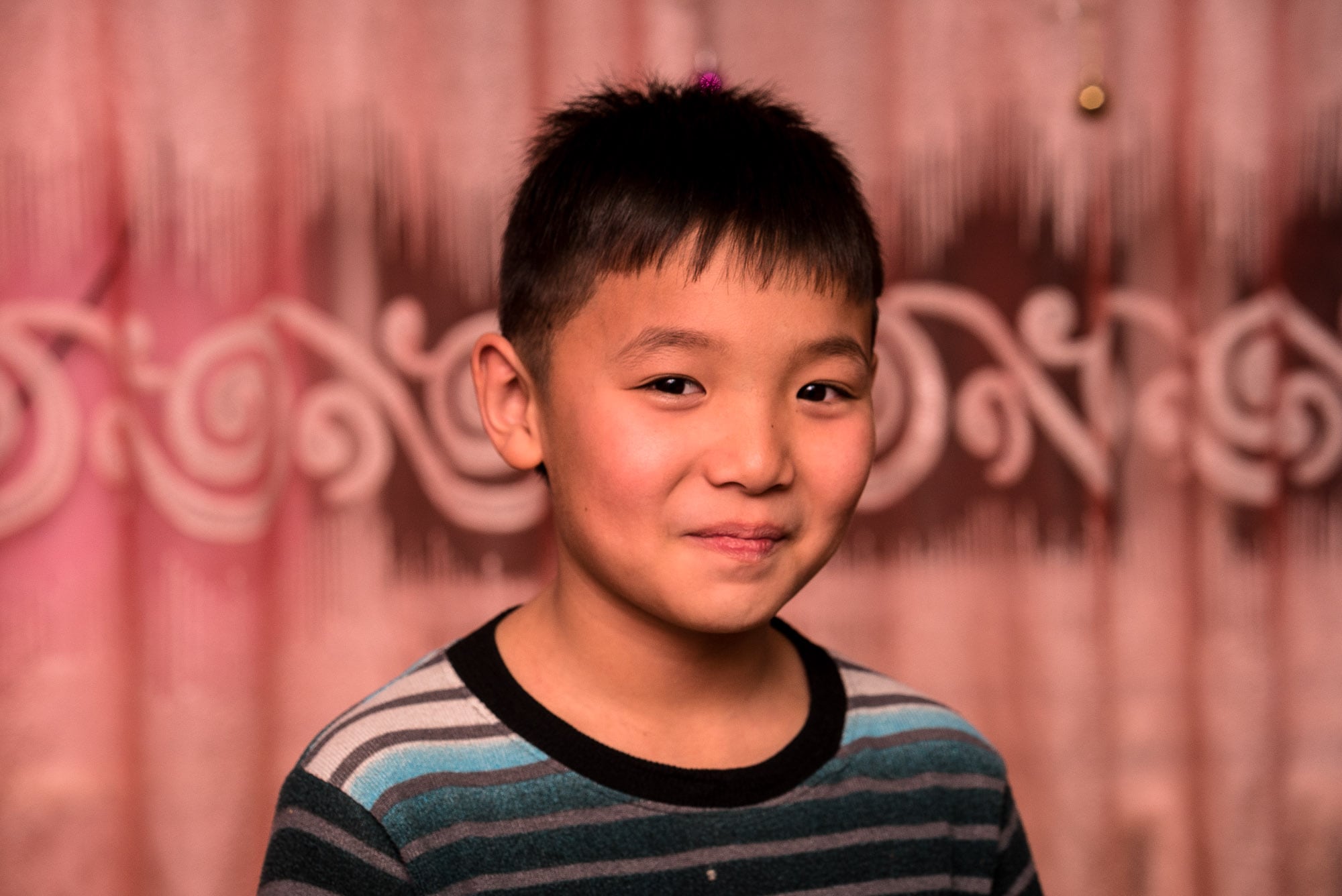 And pictures of acrobatics: 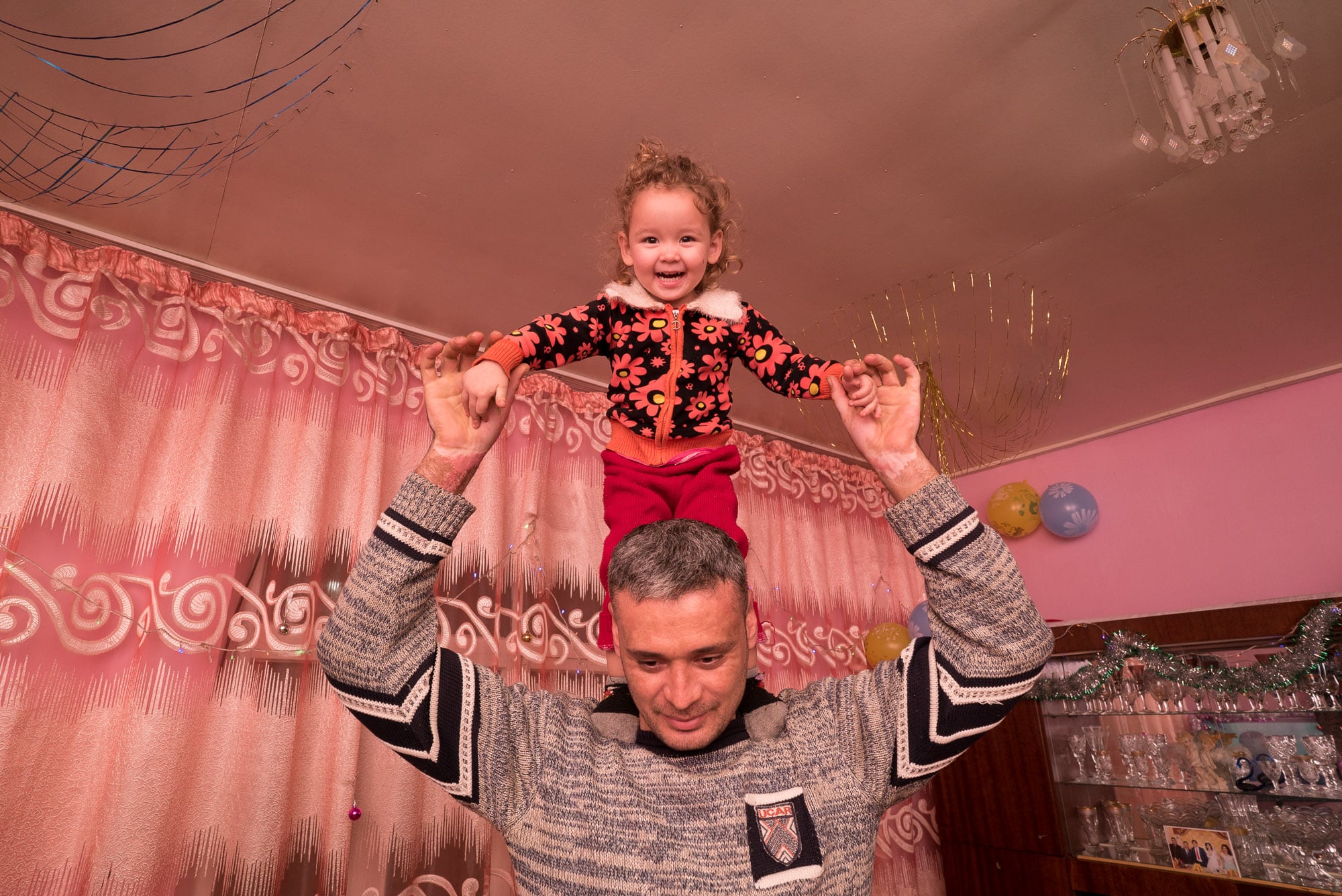 It was pretty late when we decided to go back to the hotel. The world was dark, and there was fog everywhere. People were still driving like crazy. But we made it to the hotel.

Then we spread out on the floor: 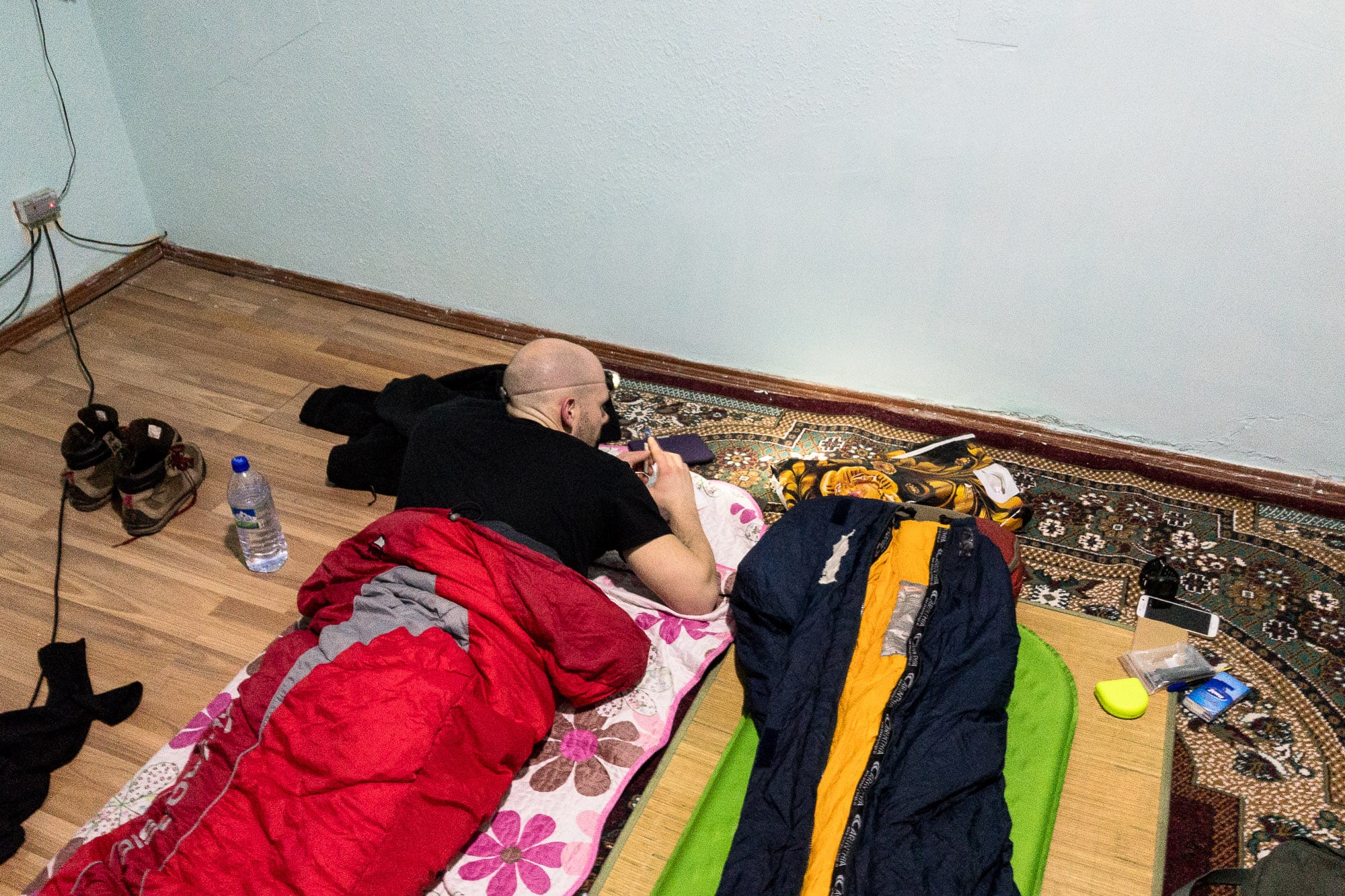 It seemed a bit cleaner than the bed.