When I woke up, I was greeted by heavy rain. So I went back to sleep. Two hours later, the rain had gone, only the clouds were still there: 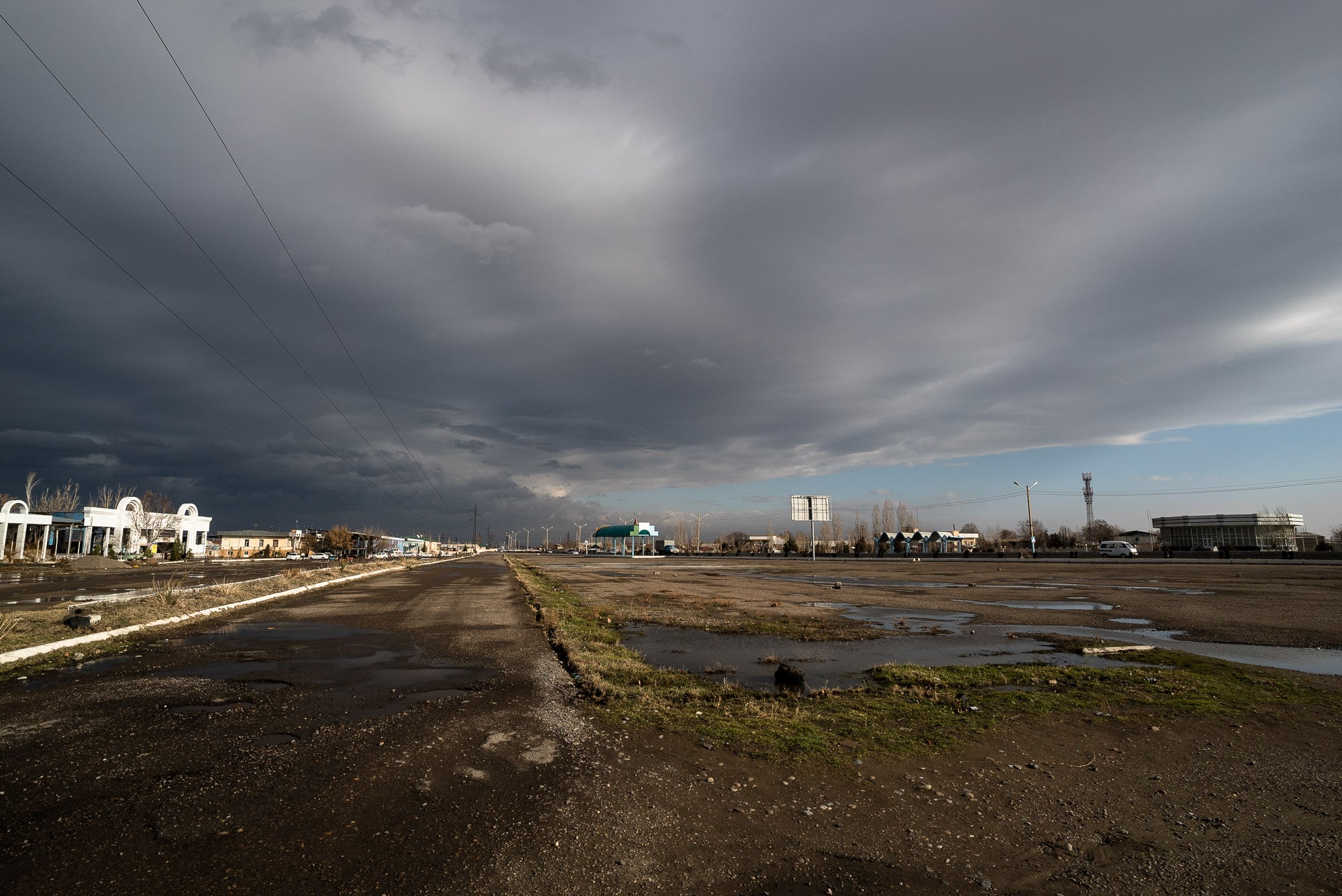 It was very windy.

I crossed the river Syr Darya at this bridge: 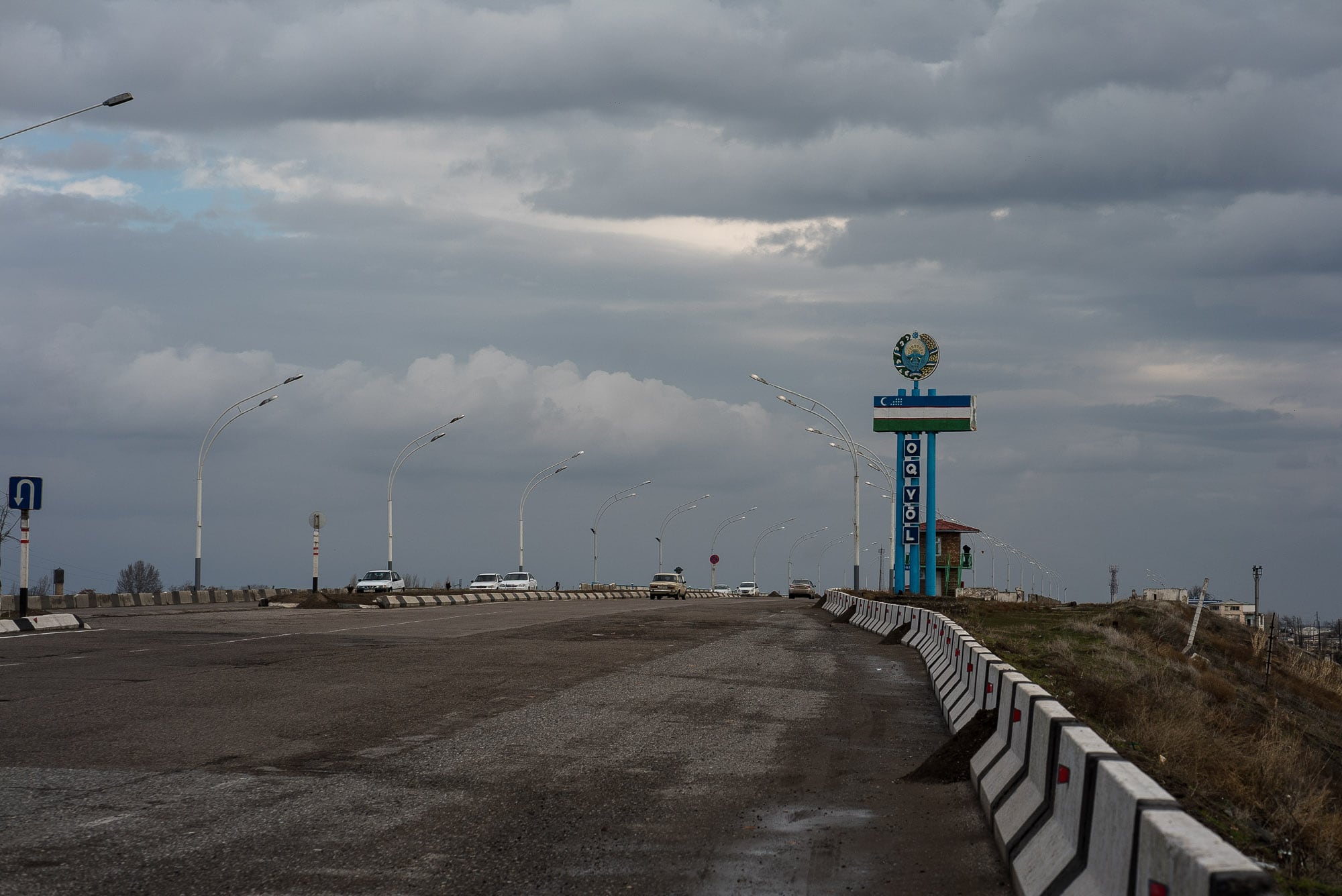 Wasn’t allowed to take any pictures of the river itself and had my stuff checked at a checkpoint on the bridge, but still. Seeing a place that Alexander the Great had seen felt somehow magical:

Once I had crossed the river, this dude handed me a fish: 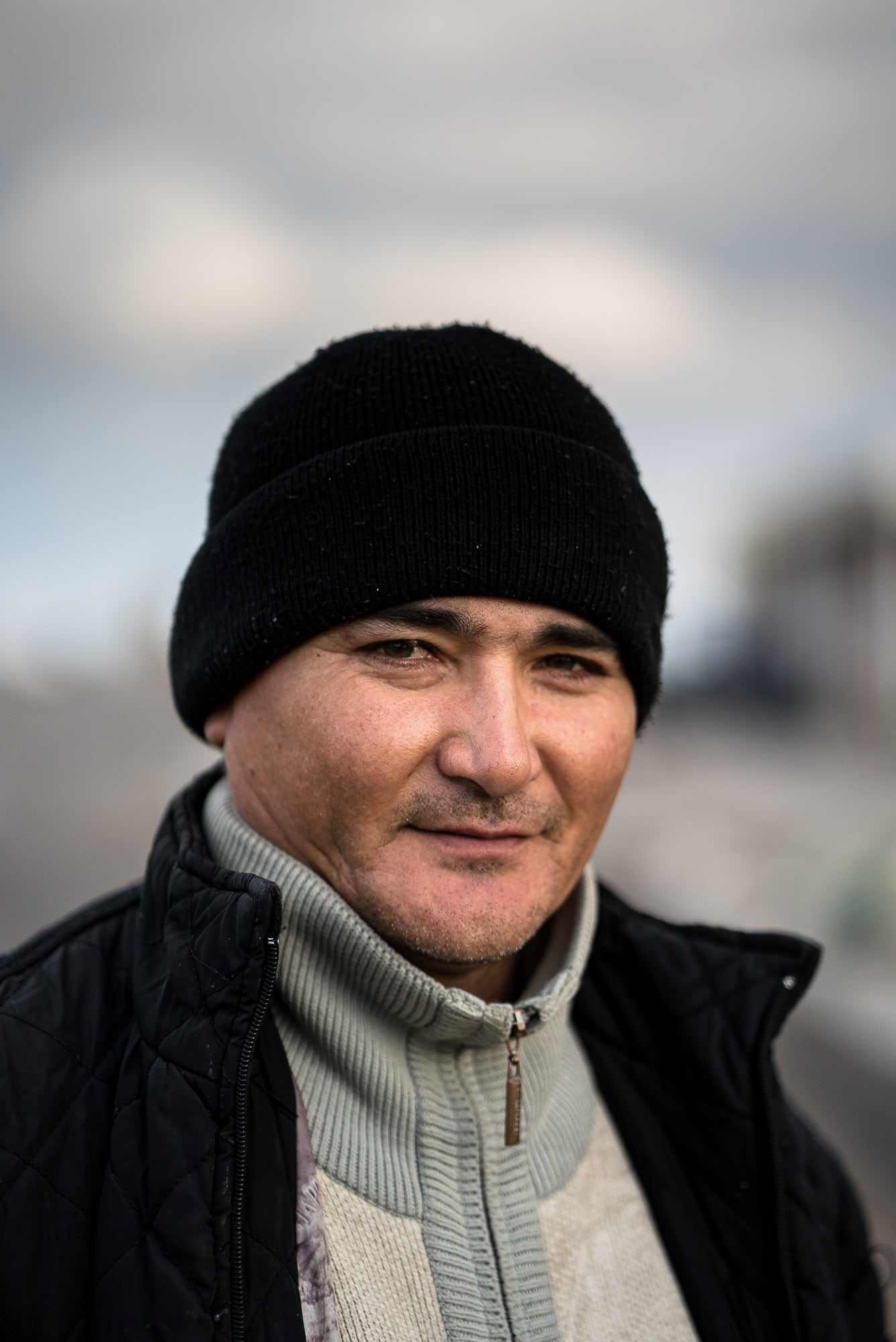 It was a nice fish: 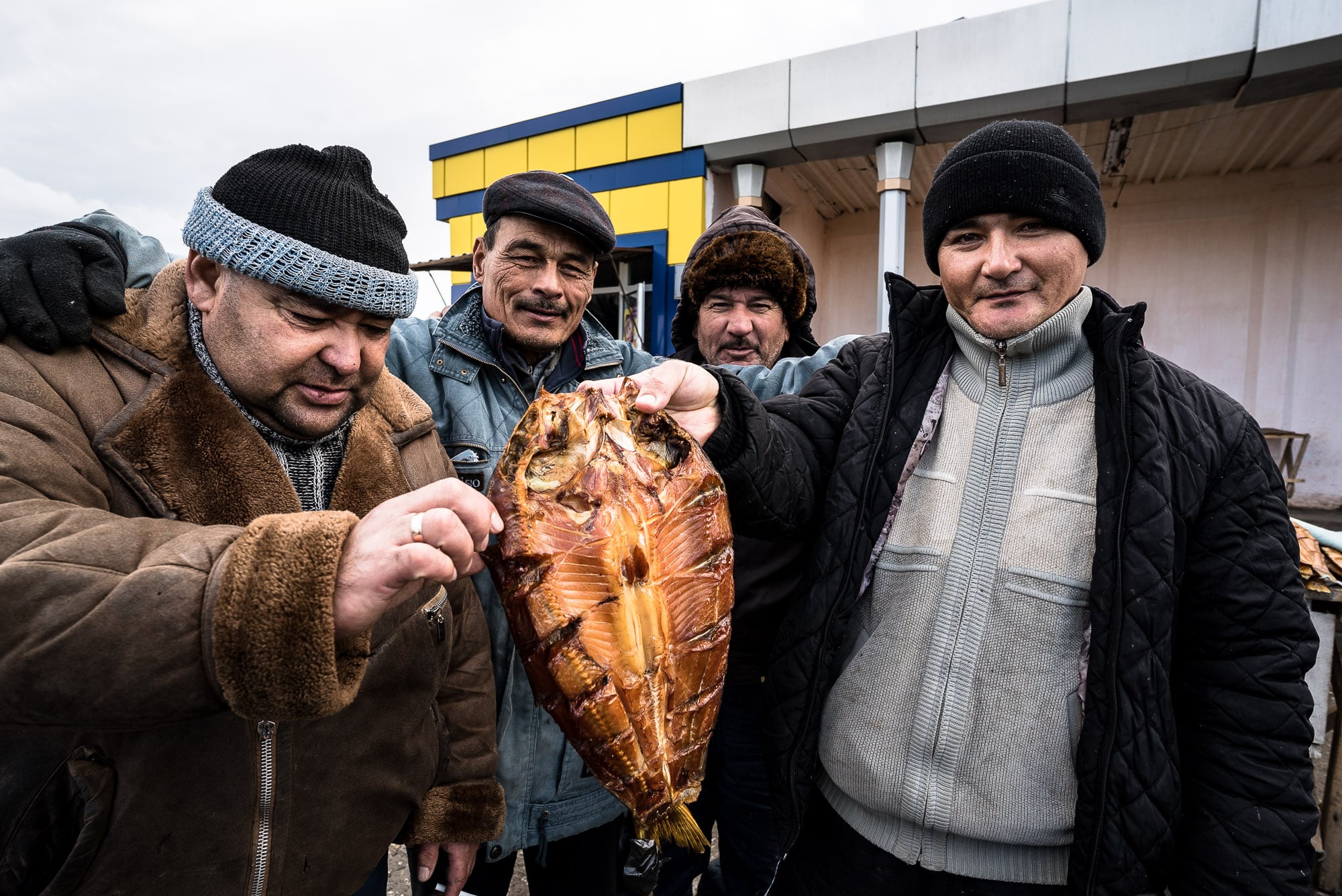 I kept walking, while the clouds kept rolling across the sky: 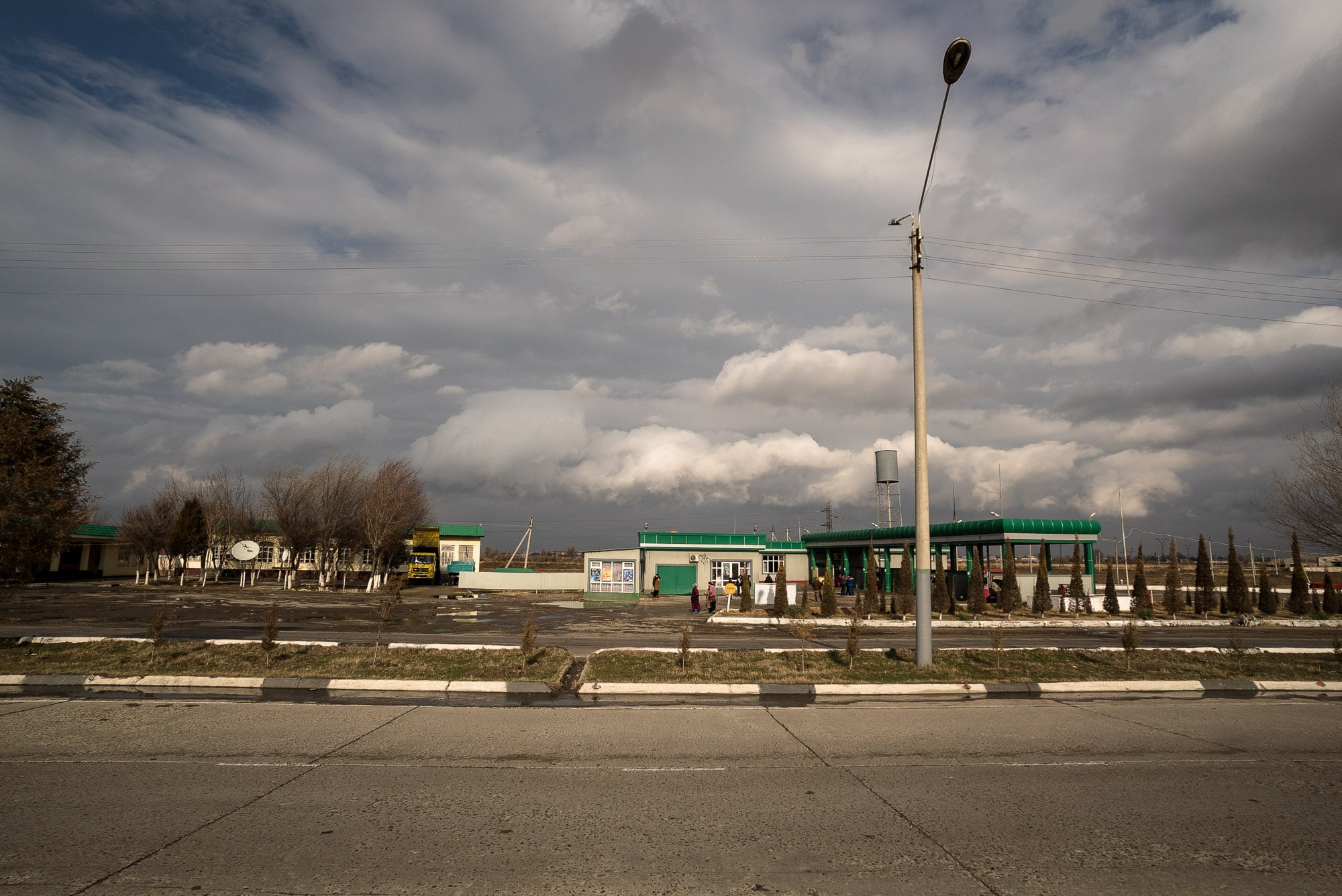 Once I stopped at a little shop to get some water: 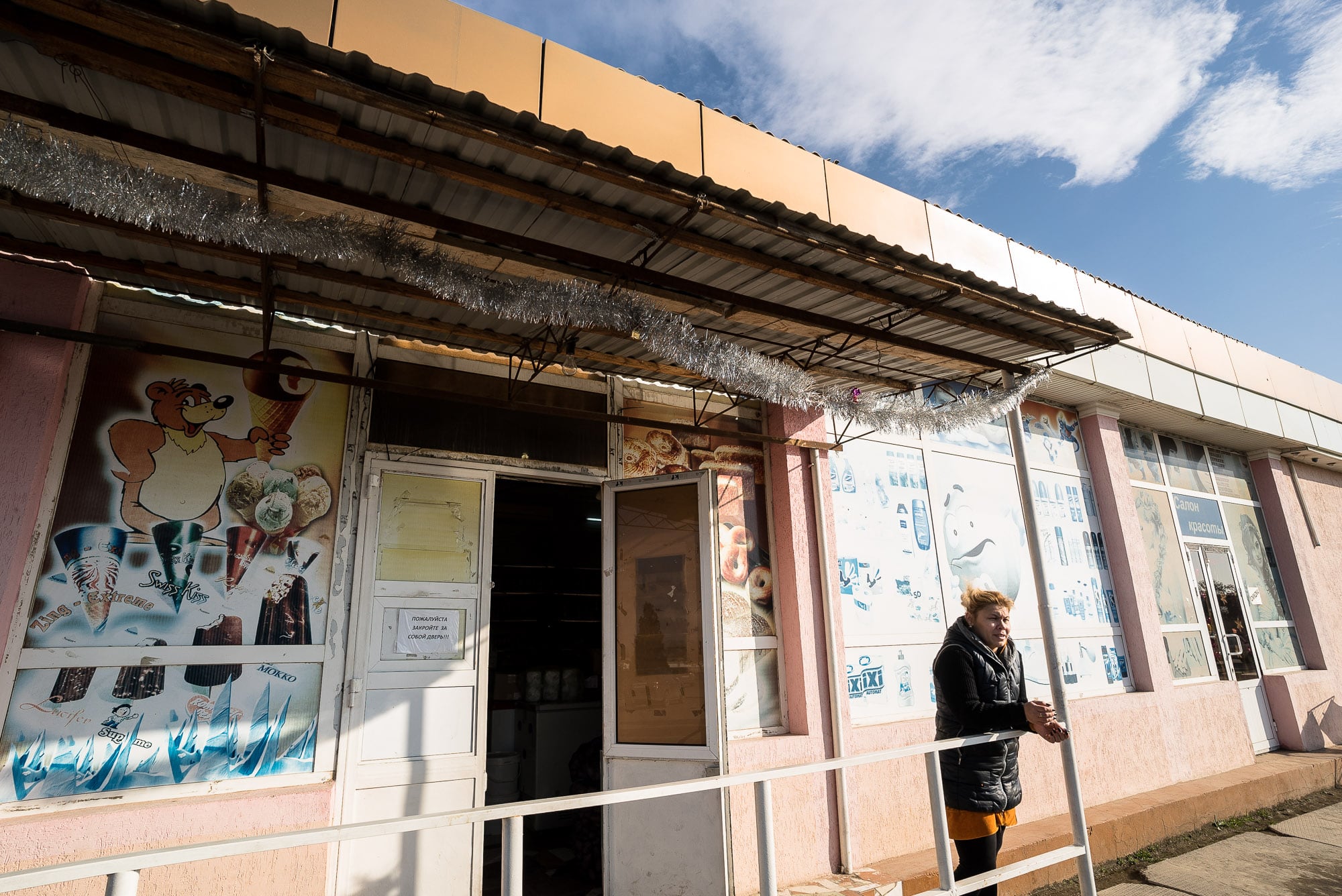 The owner gave me a pen and showed me this pillar: 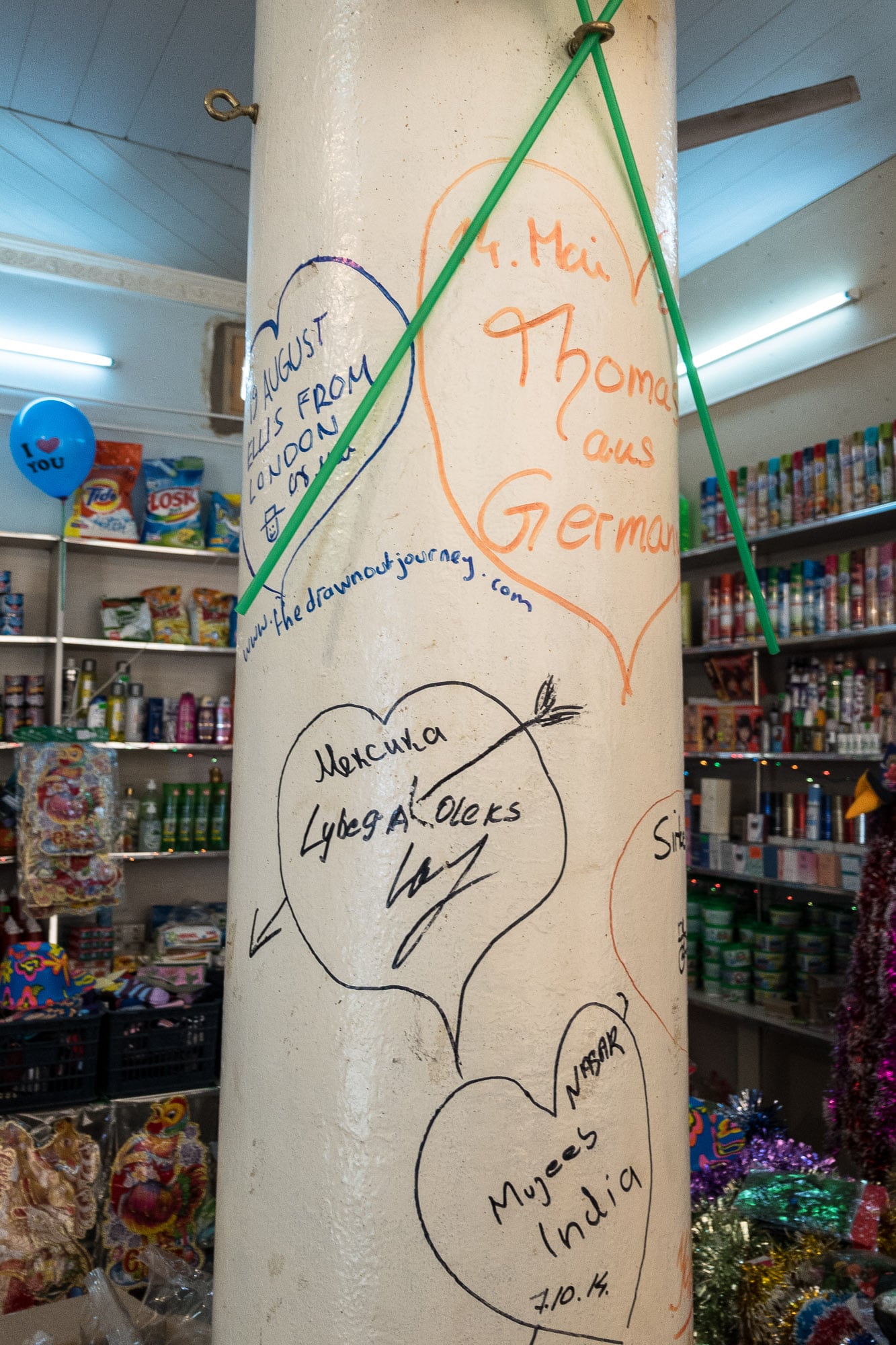 All kinds of travelers had signed, so I drew a little bearded face and put a date next to it: 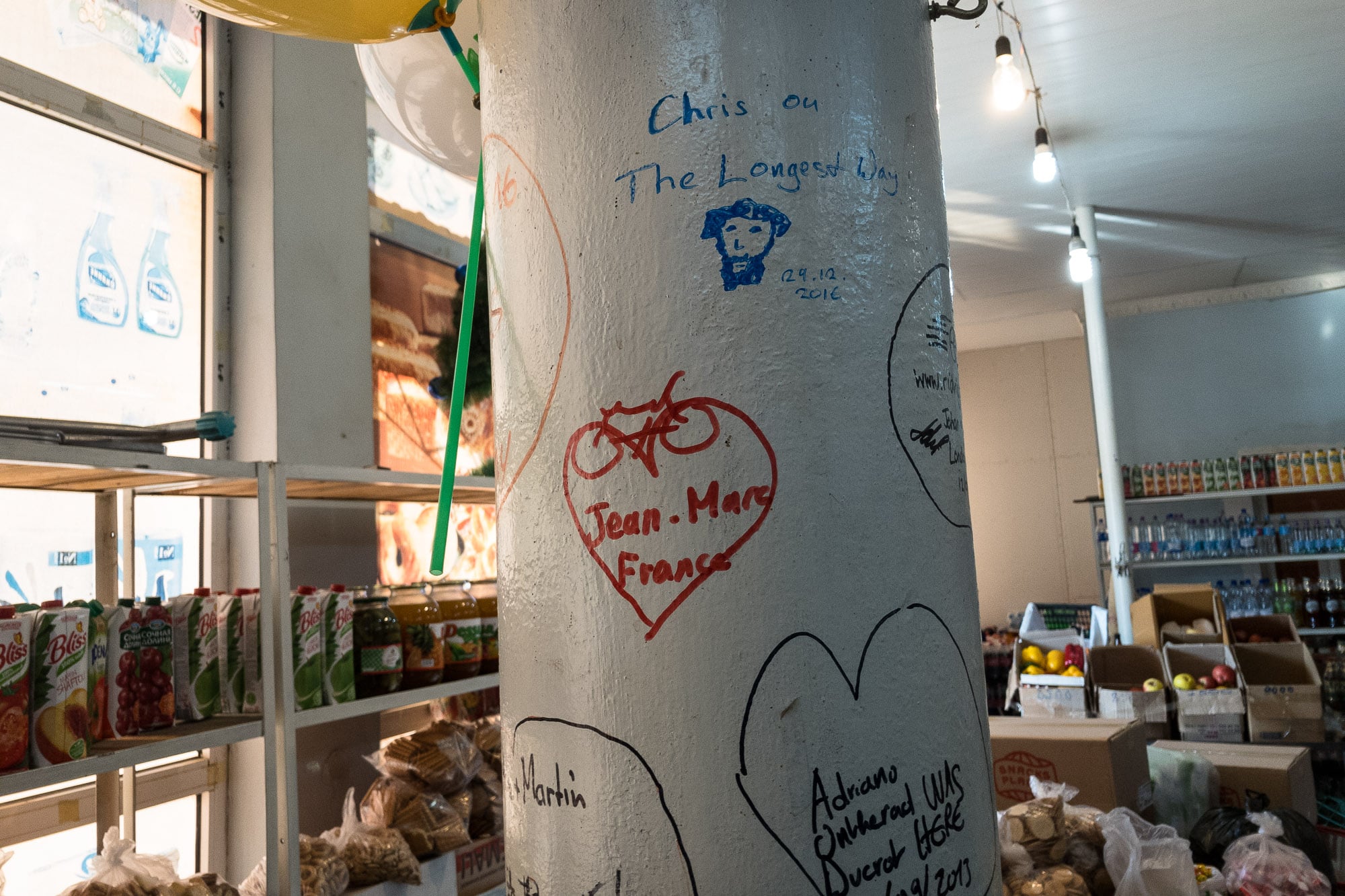 I stuck to the sidewalk for most of the day (as long as there was a sidewalk): 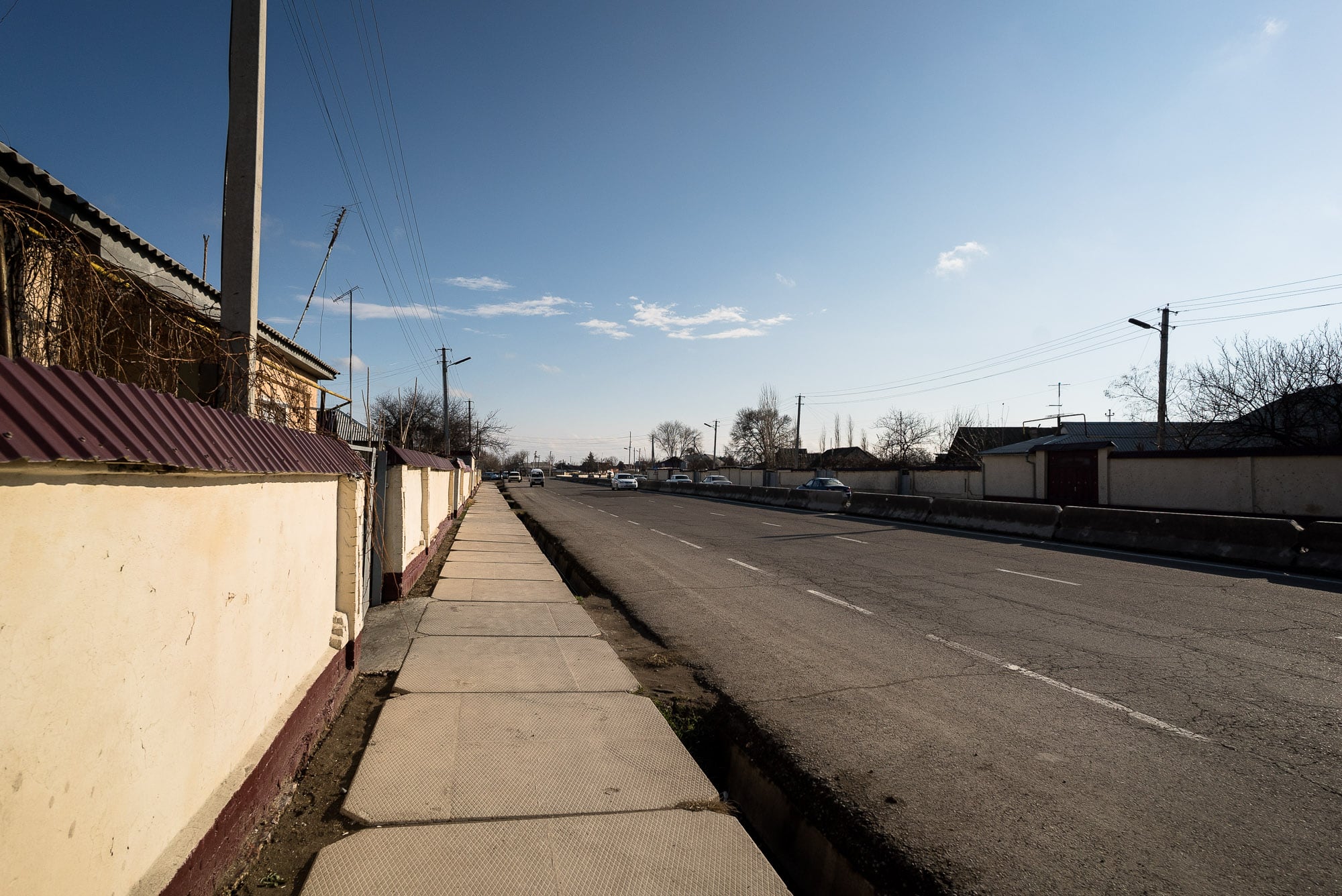 One time I stopped at a restaurant and asked them for the menu: 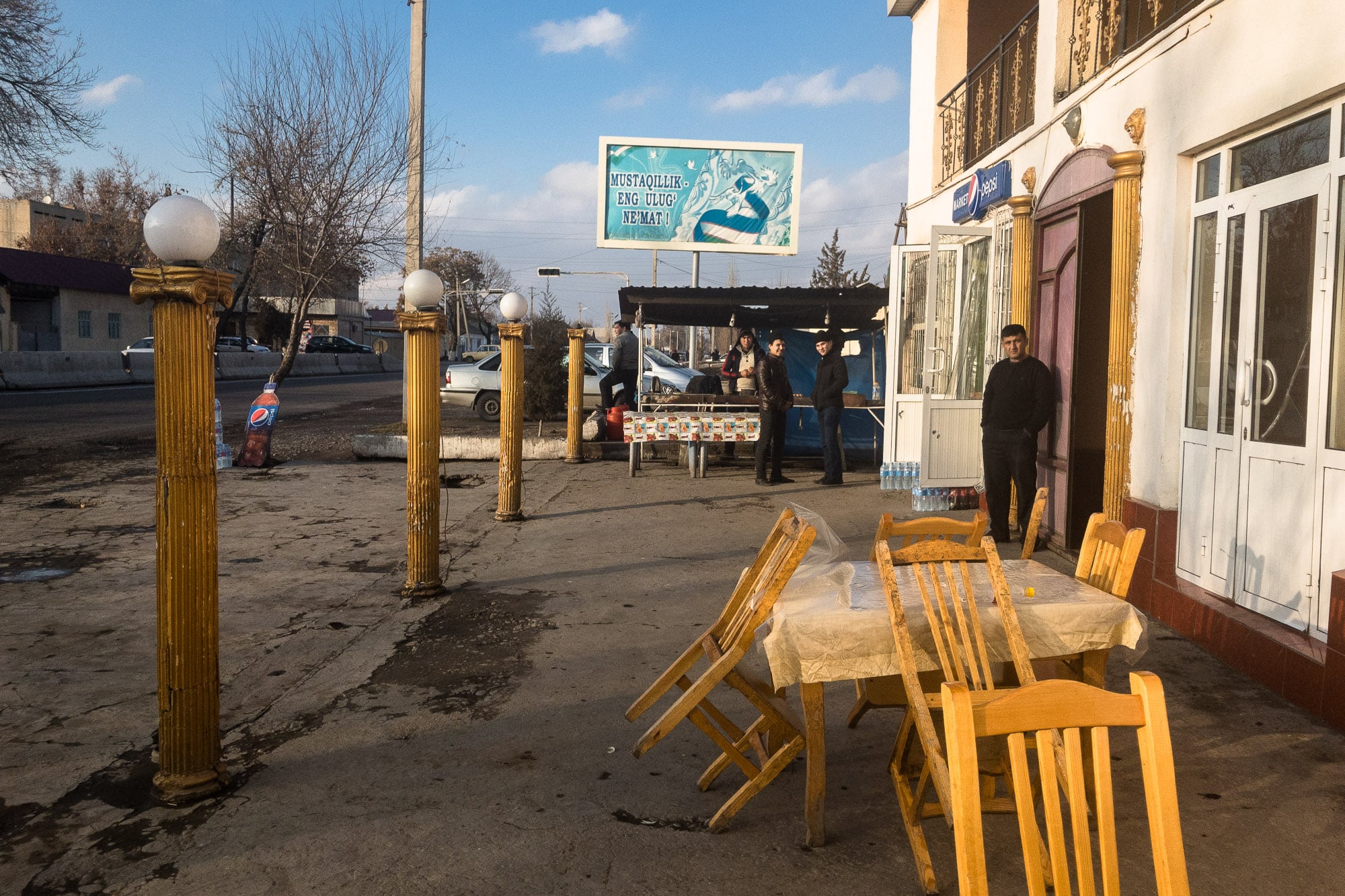 They said all they had was shashlyk. By this point, I had grown tired of shashlyk and the culinary misery it represented. But what was I to do?

So I ordered some shashlyk, some onions and some bread, and I somehow got all of it in a plastic bag because the people at the restaurant had figured that I wanted it to-go: 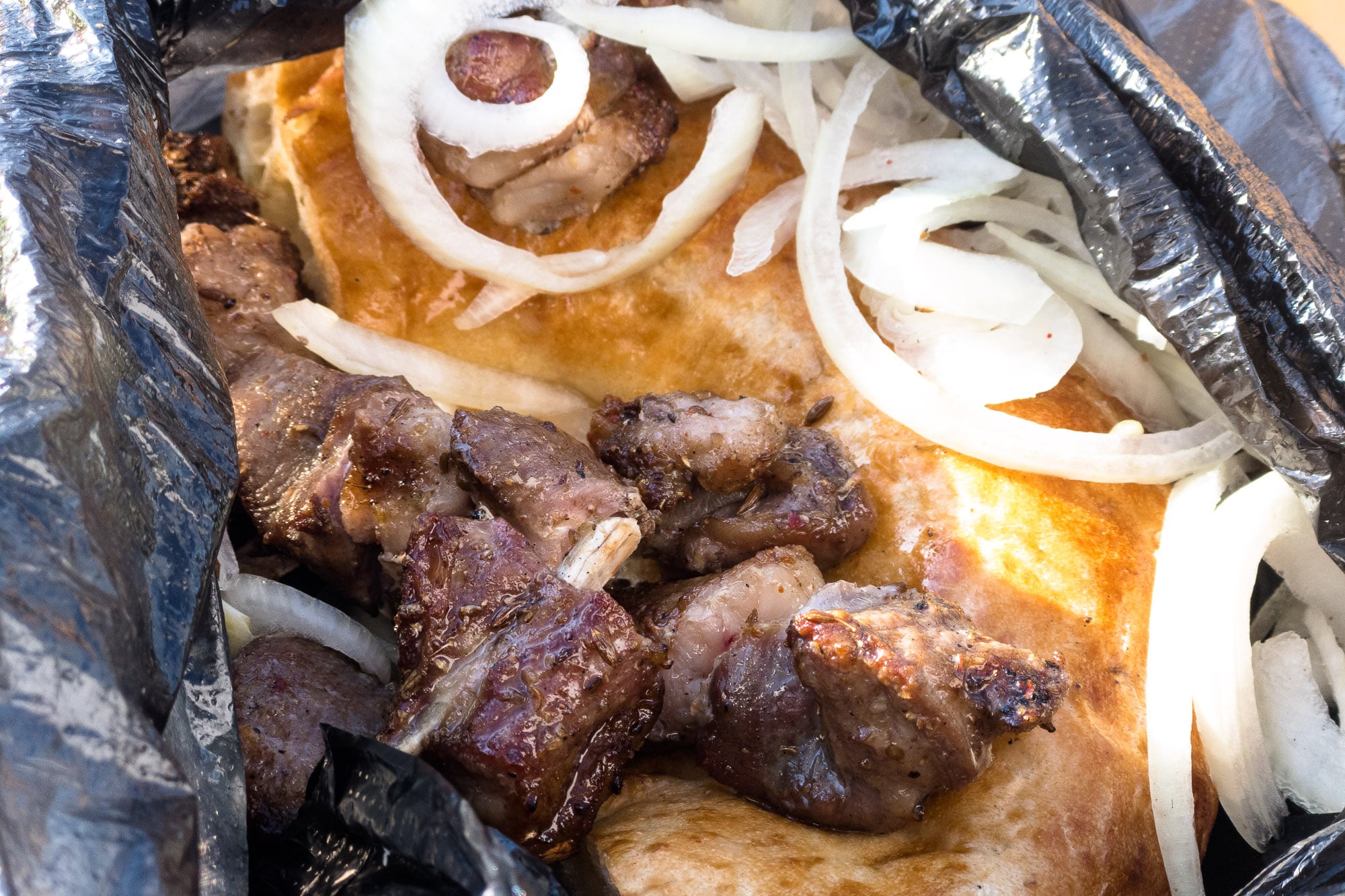 Then I got back on the road: 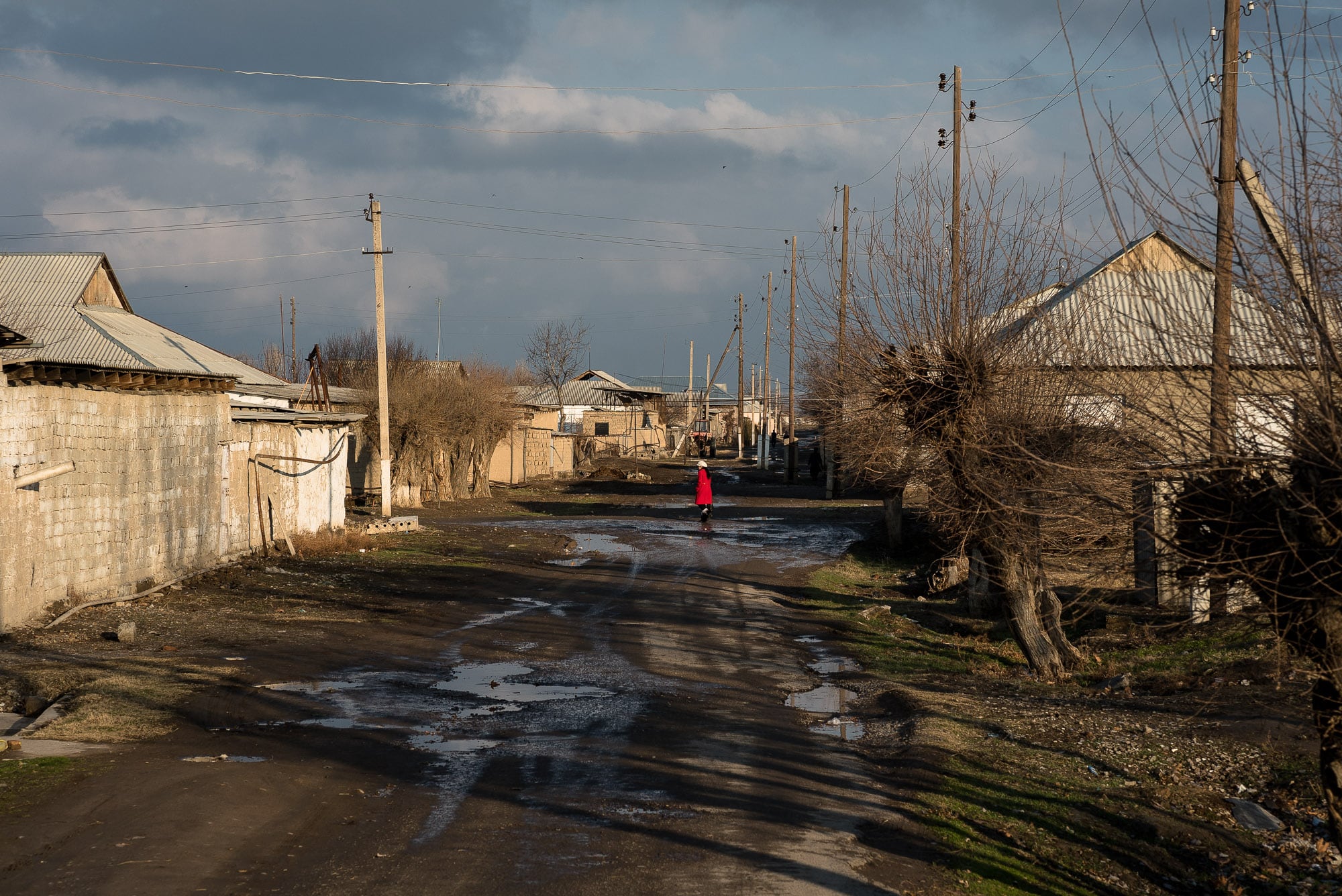 And then, right when the sun was about to set behind an explosion of clouds on the horizon, I started feeling sick: 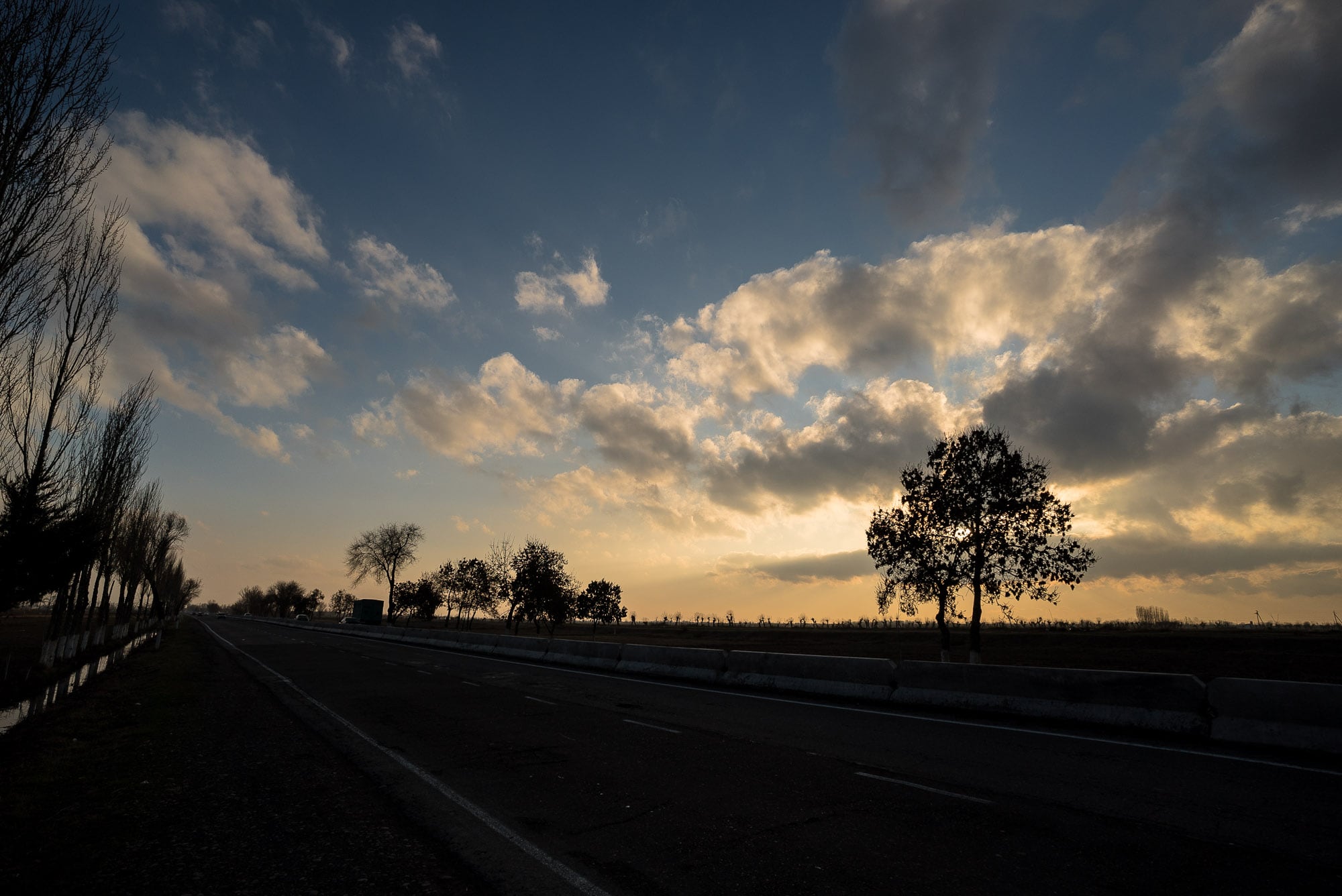 But I made it to the village of Baht, found a dude standing in his driveway and asked him if I could park the Caboose there overnight. Then I hopped in a car and went back to the hotel where I had stayed the night before.

I didn’t like doing this, but I did it anyway because I wanted to make sure that my hotel registrations were in perfect oder so my next visa application would not run into any difficulties.

Once I got to the hotel (remember, it was next to the fish market in Chinaz), the ladies who were selling fish on the roadside recognized me from the night before: 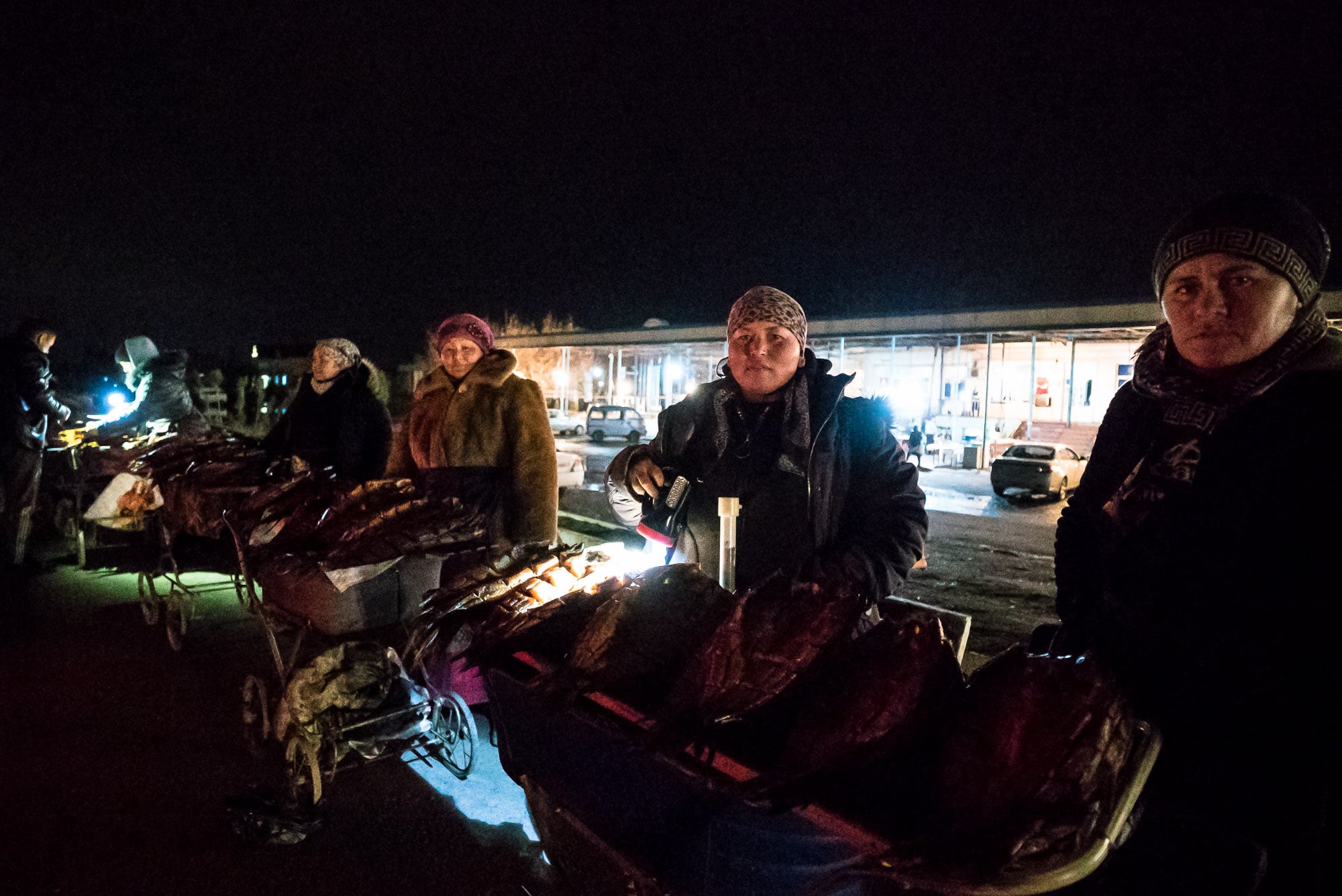 Don’t let their serious looks fool you – they were having a good laugh.

“Where are you coming from now, and what happened to your handcart?” they asked, and when they heard my story, they gave me a fish: 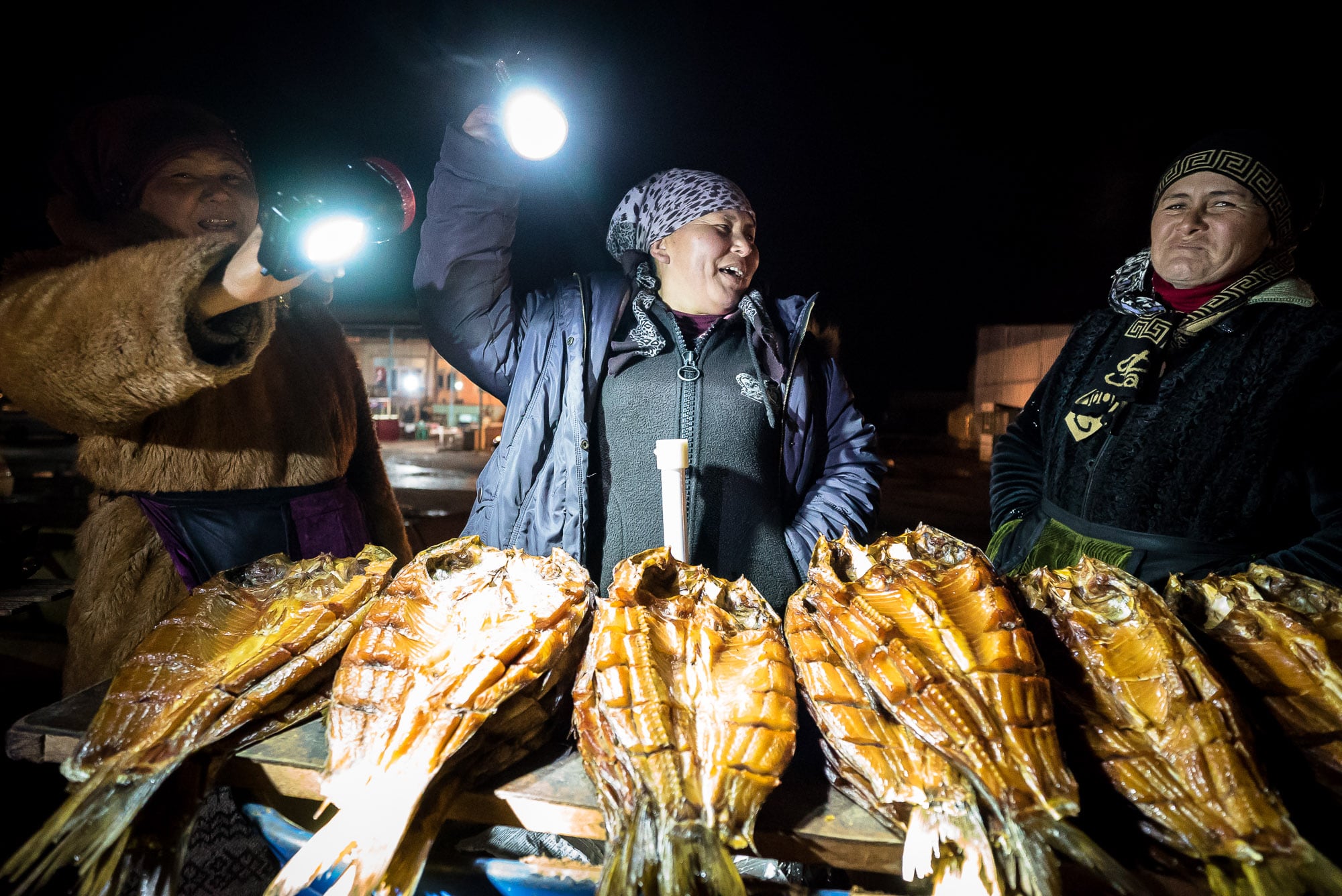 And since I wasn’t feeling sick anymore, I went to a small restaurant next to the fish market. It had a nice, warm oven: 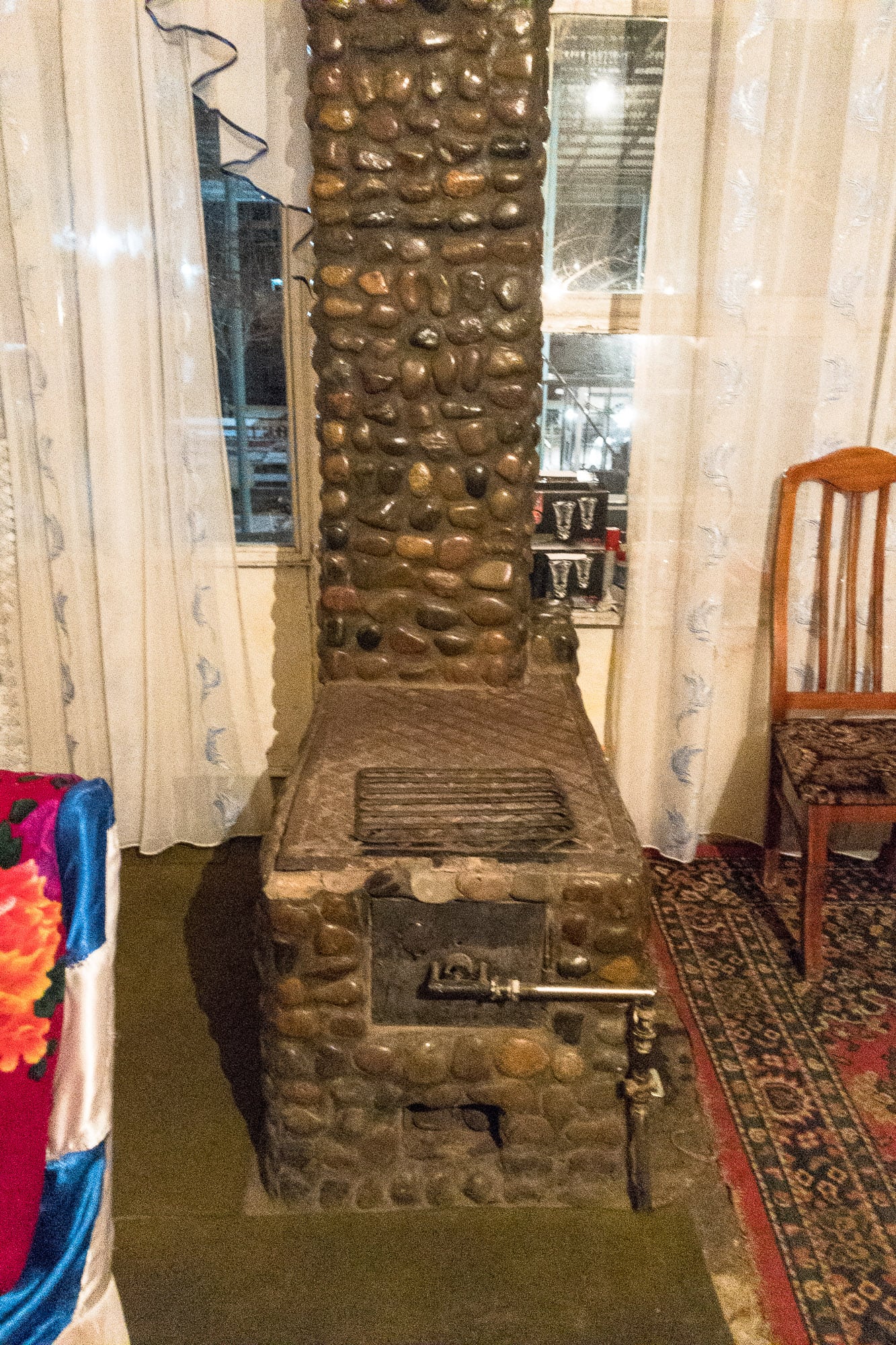 I ordered some fish: 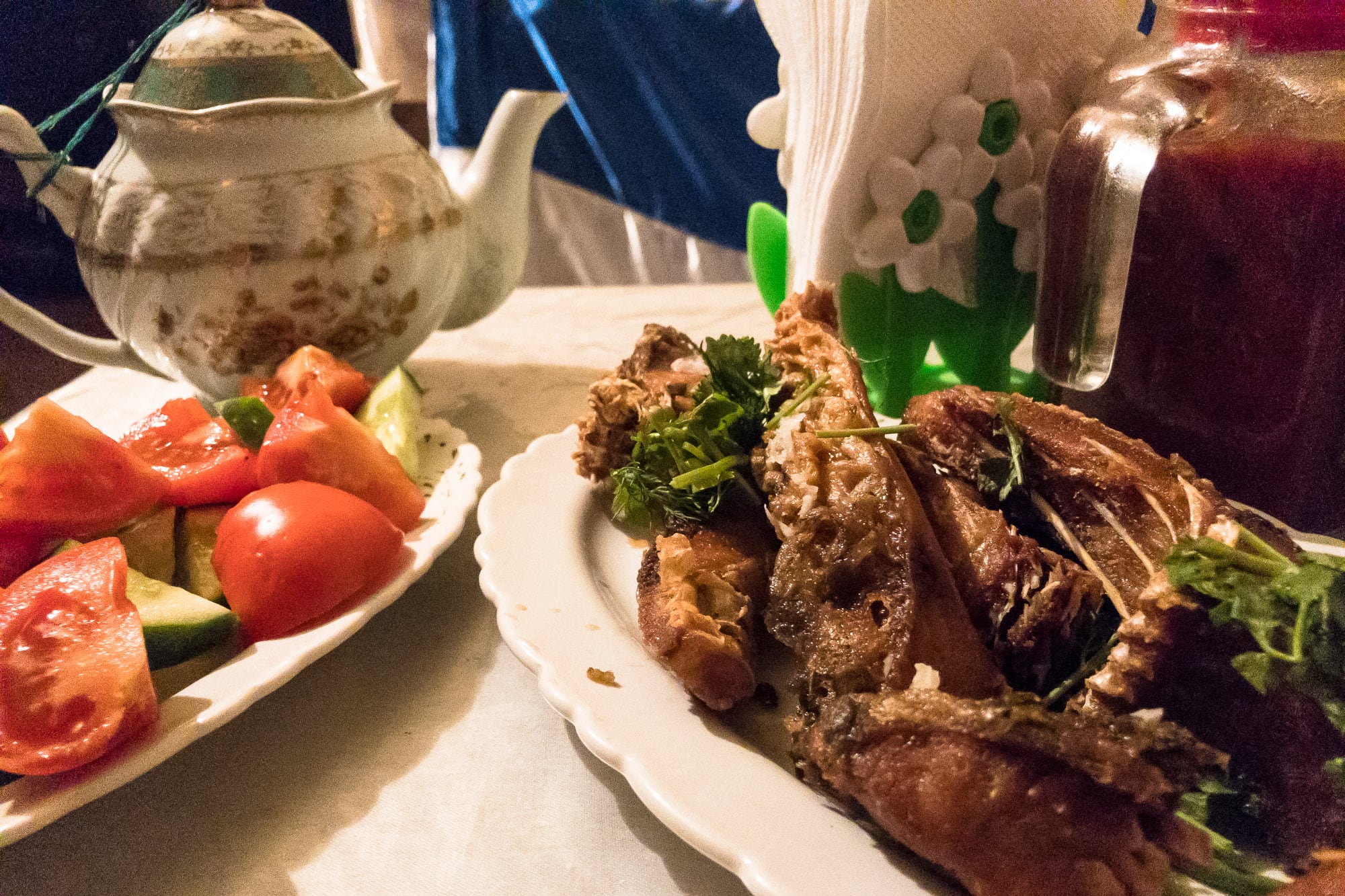 And it was one of the most tasty things I had ever tried.

Day 609
from Chinaz to Baht