We couldn’t leave right away. First we had to ride a car for forty minutes: 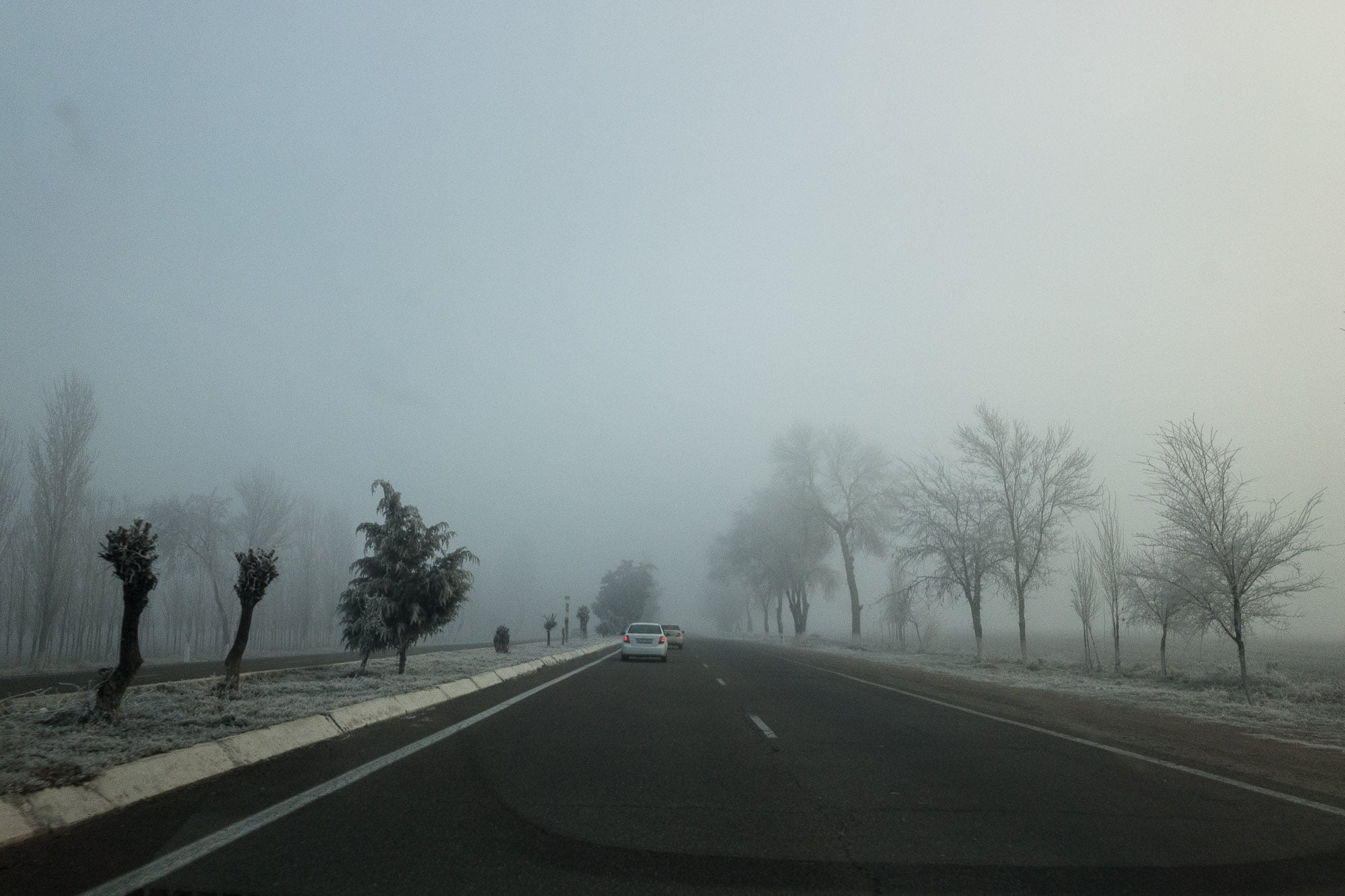 When we arrived in Yangiyul, we waited for two hours in front of the courthouse: 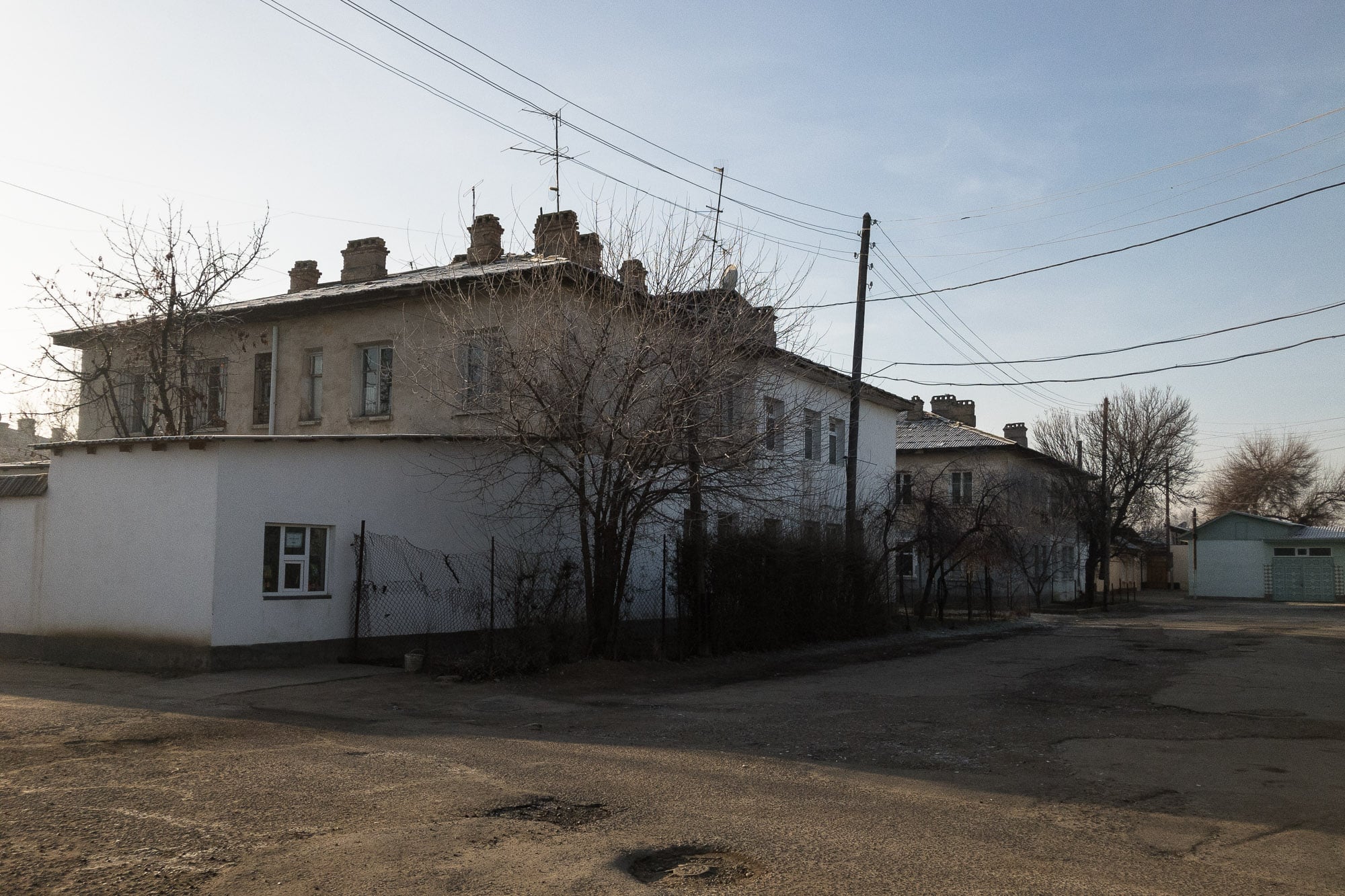 It was almost noon when we finally made it back to Chinaz: 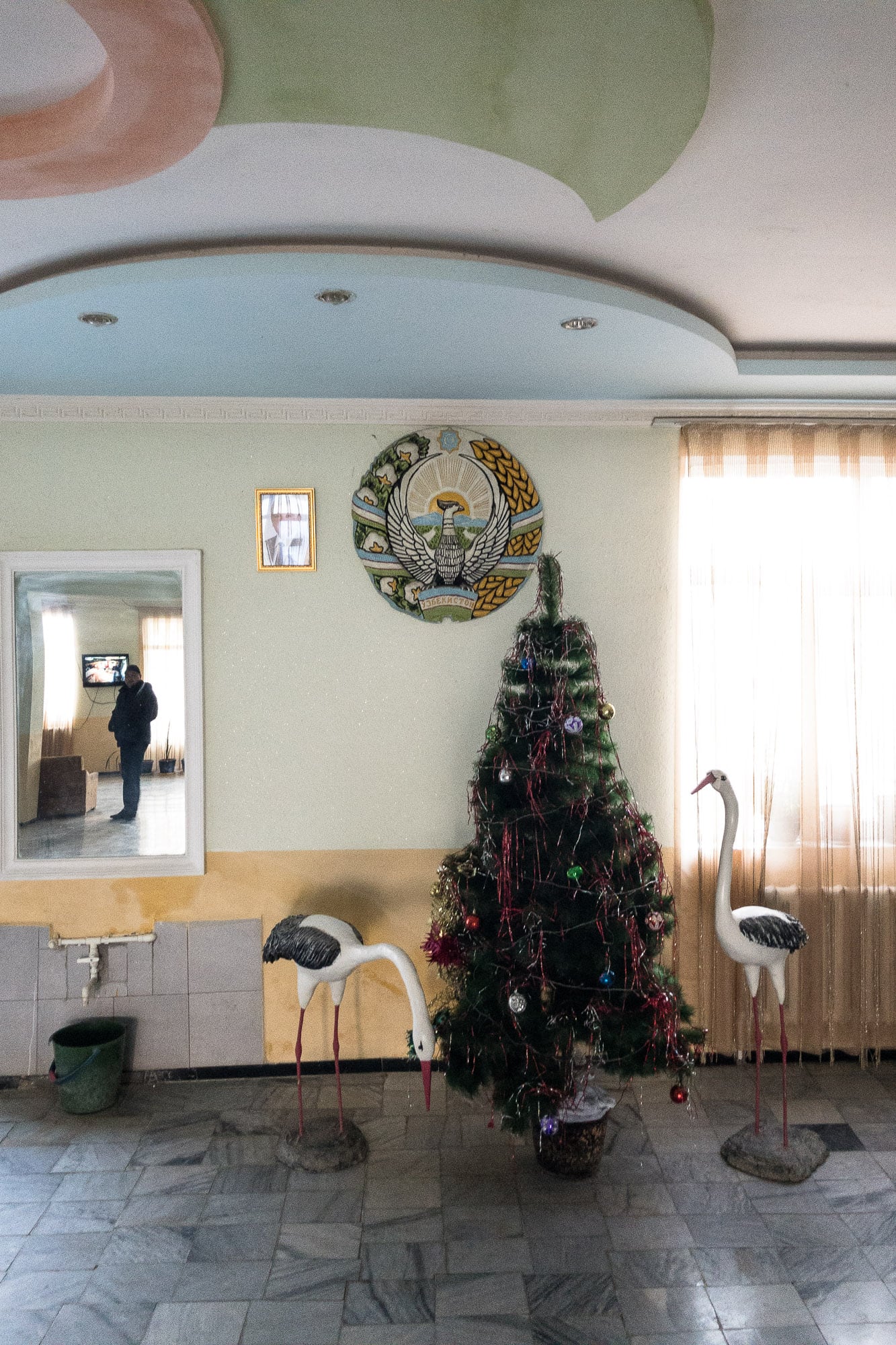 Then our driver Karim took us to Baht, and we said good-bye to him: 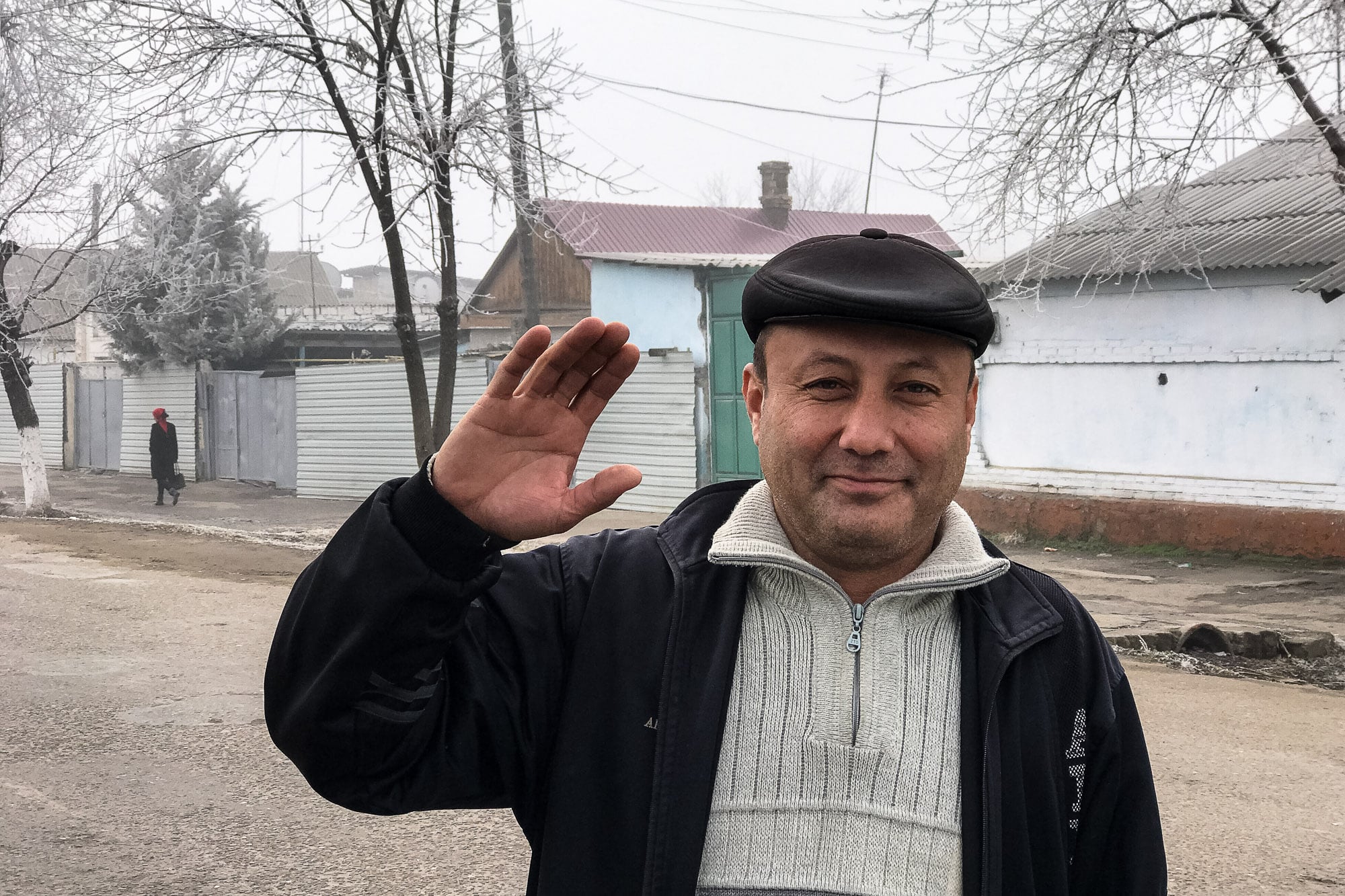 Little Timur helped us get the Caboose from the place where we had parked her: 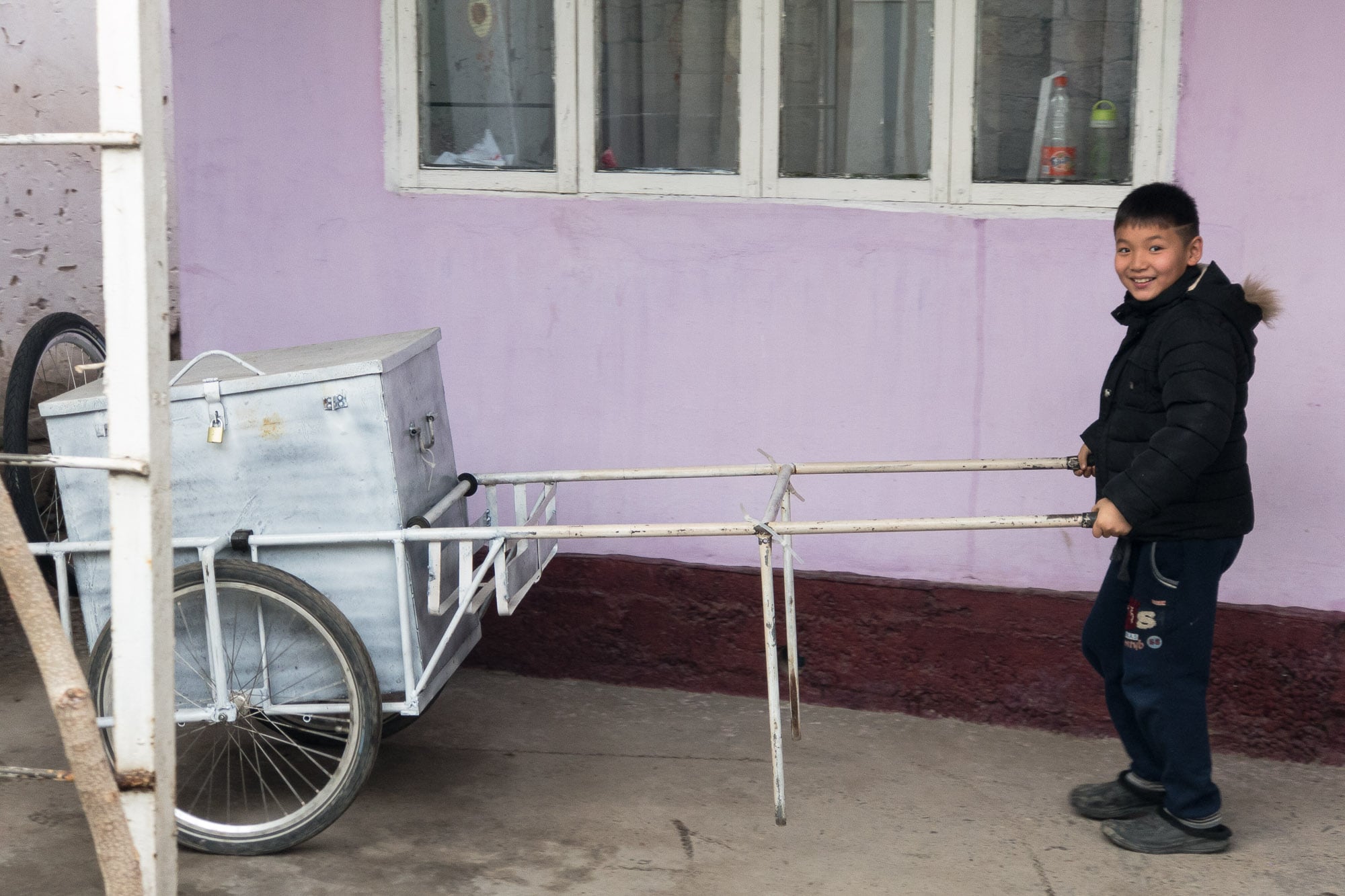 And then we were finally on the road: 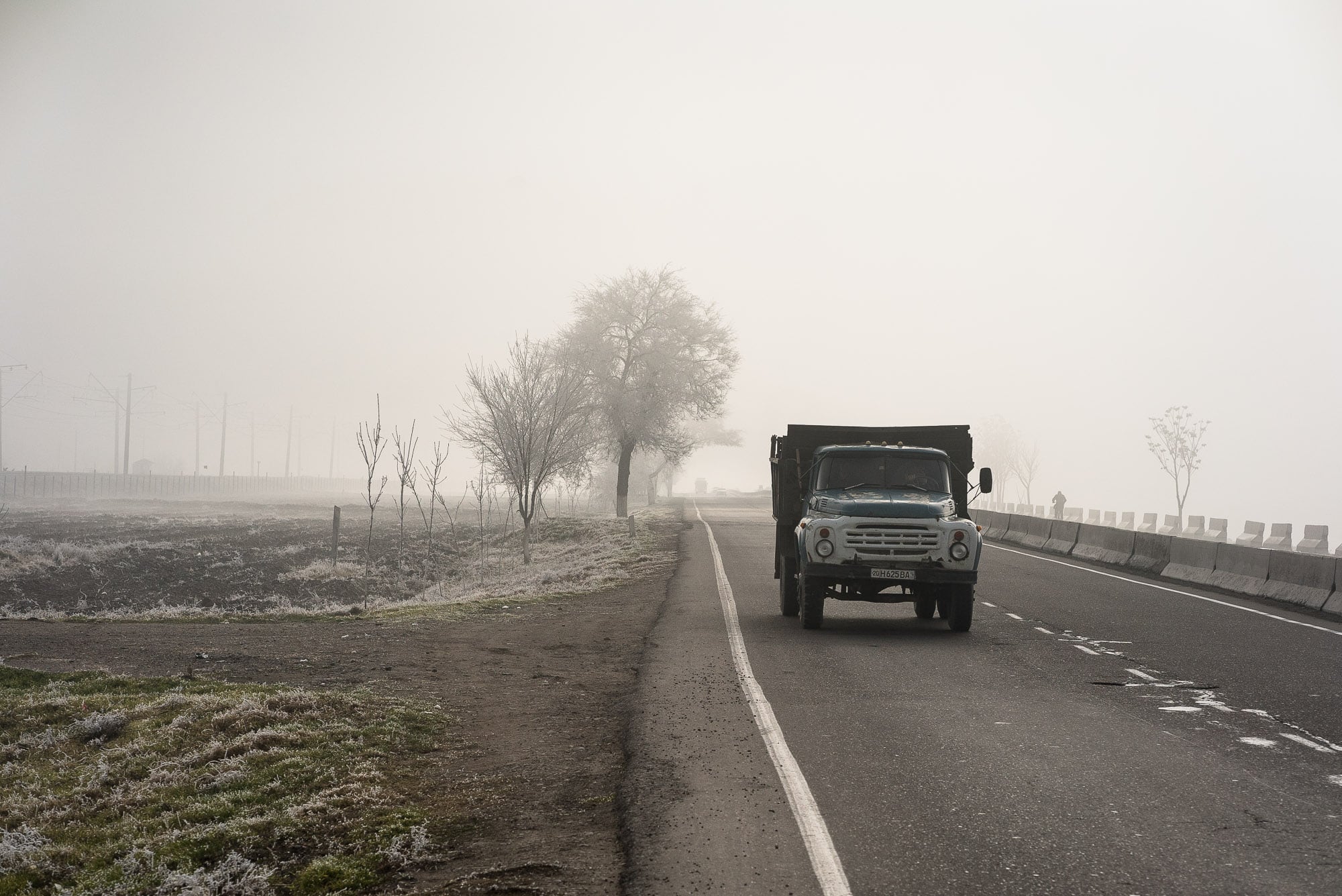 It was cold, and frost was on all things: 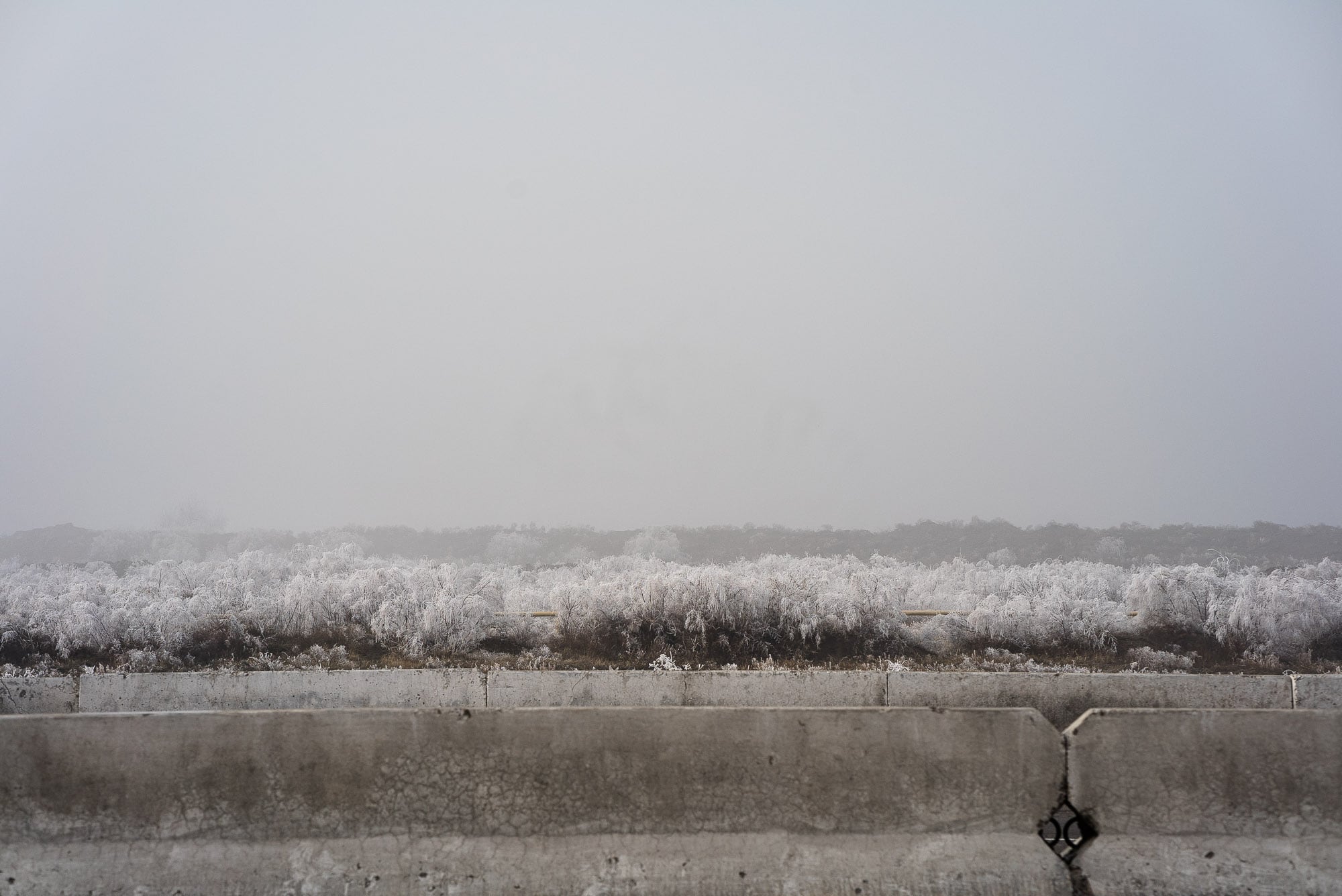 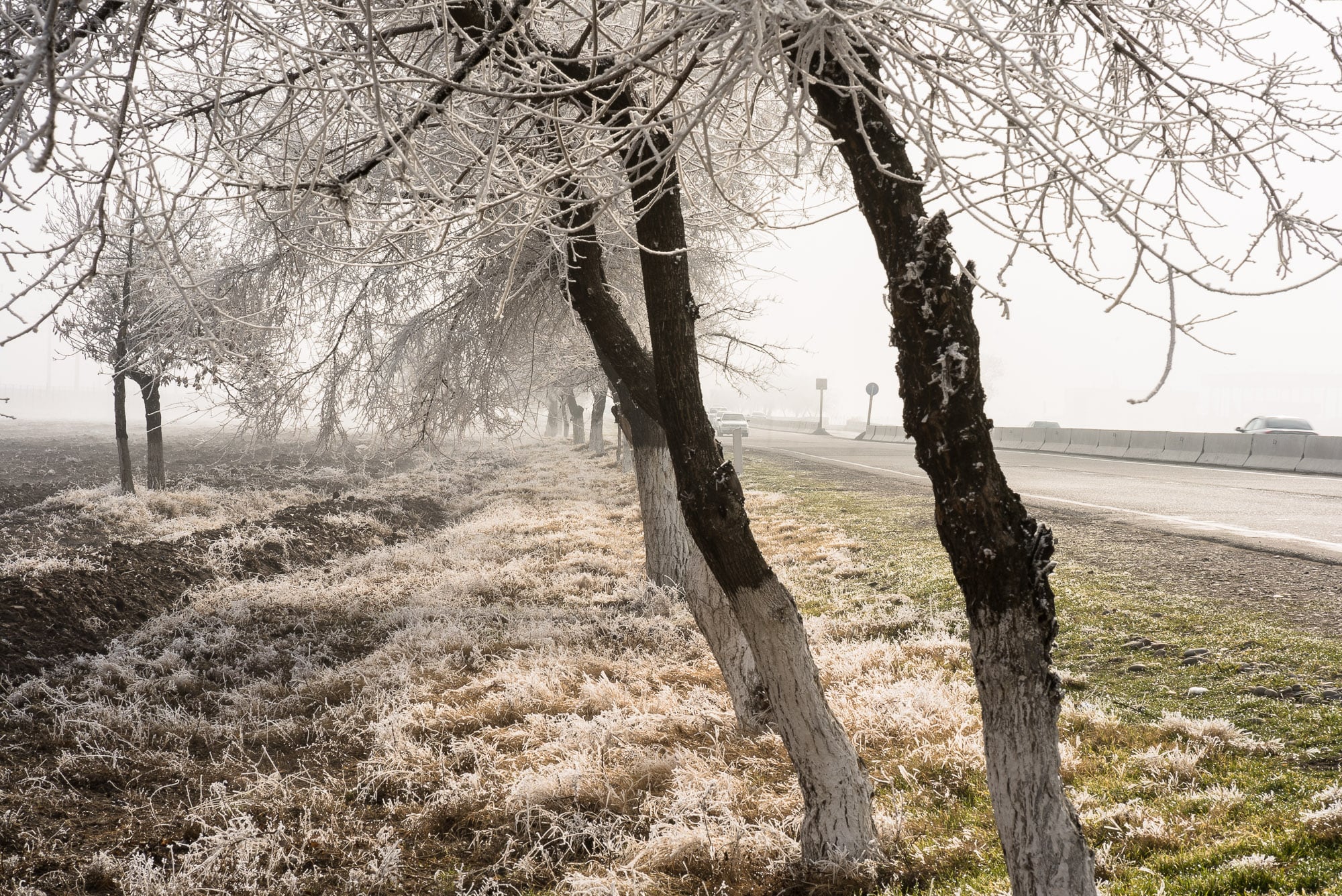 But most of the times the road was just miserable, with the divider in the middle making it almost impossible to cross: 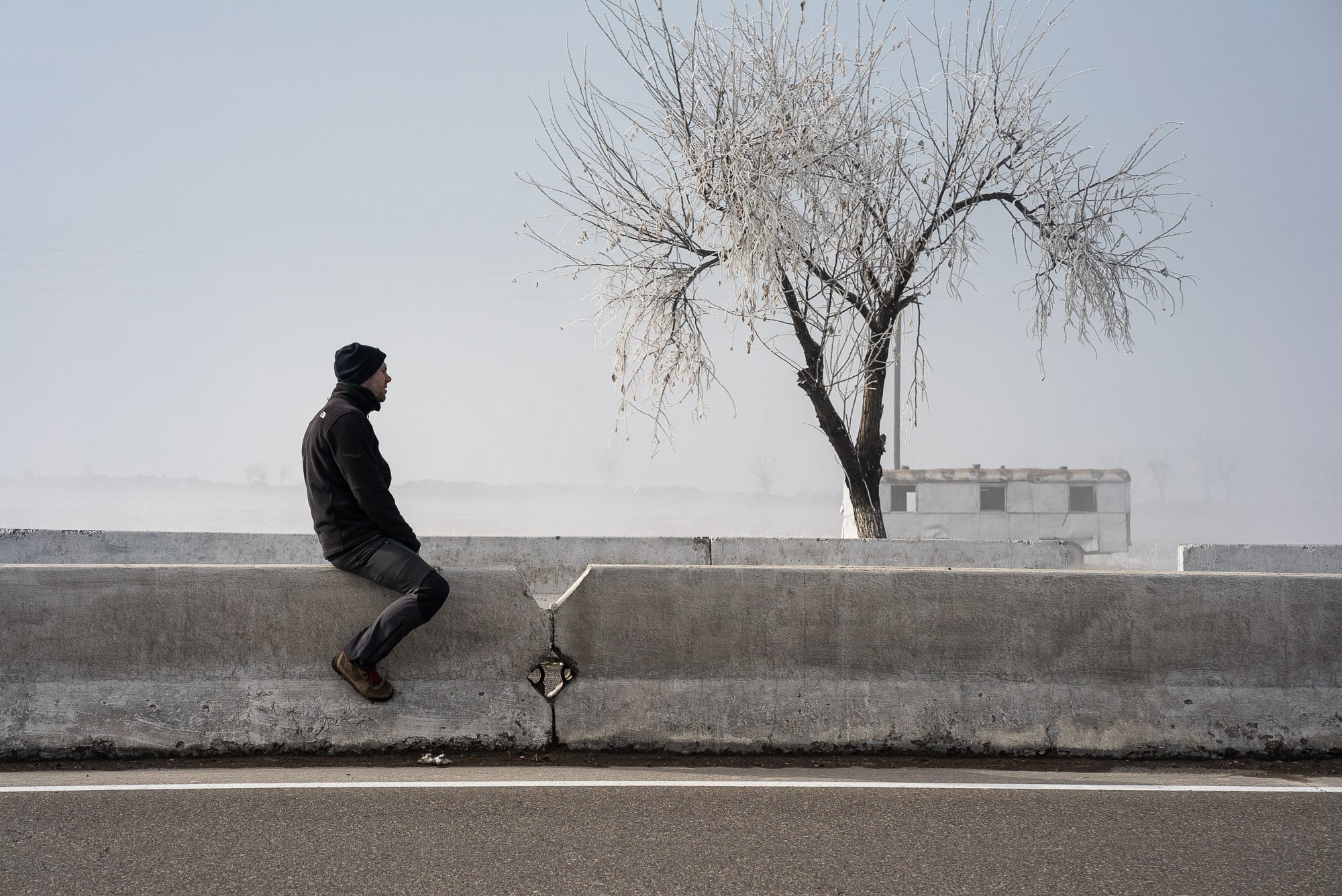 There was nothing to do but to keep walking: 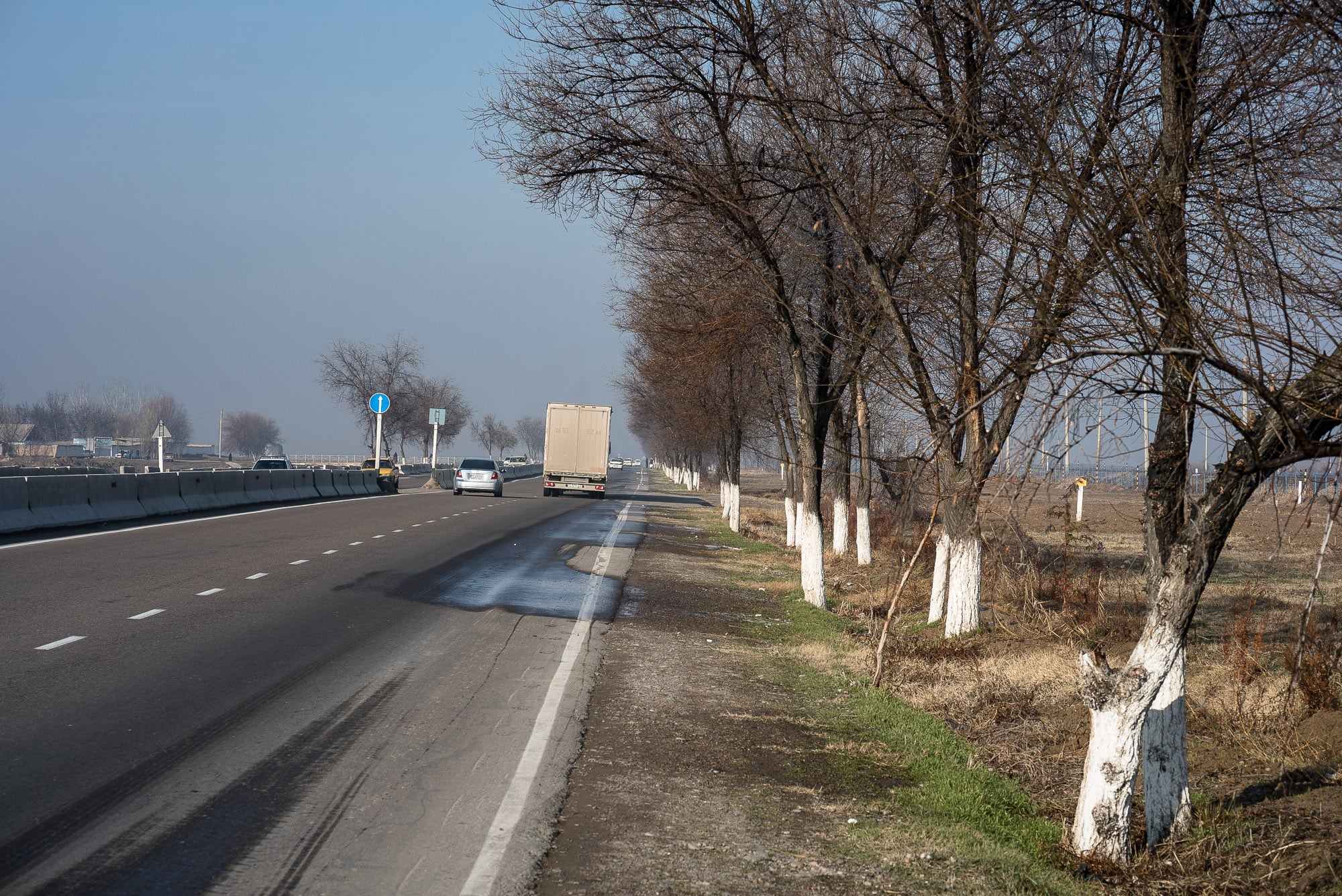 And enjoy the frost: 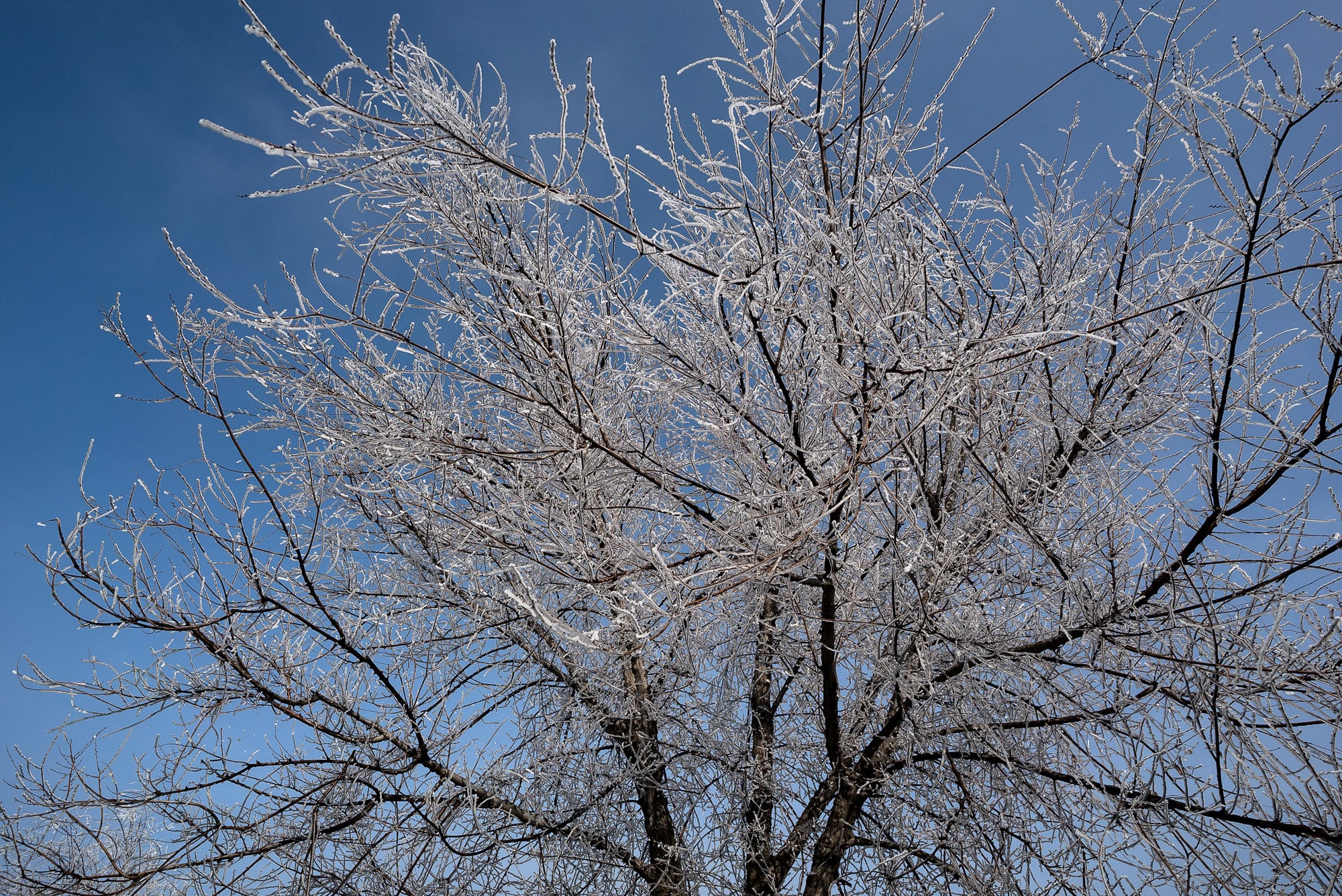 Sometimes there were sayings by the late Islam Karimov on the walls: 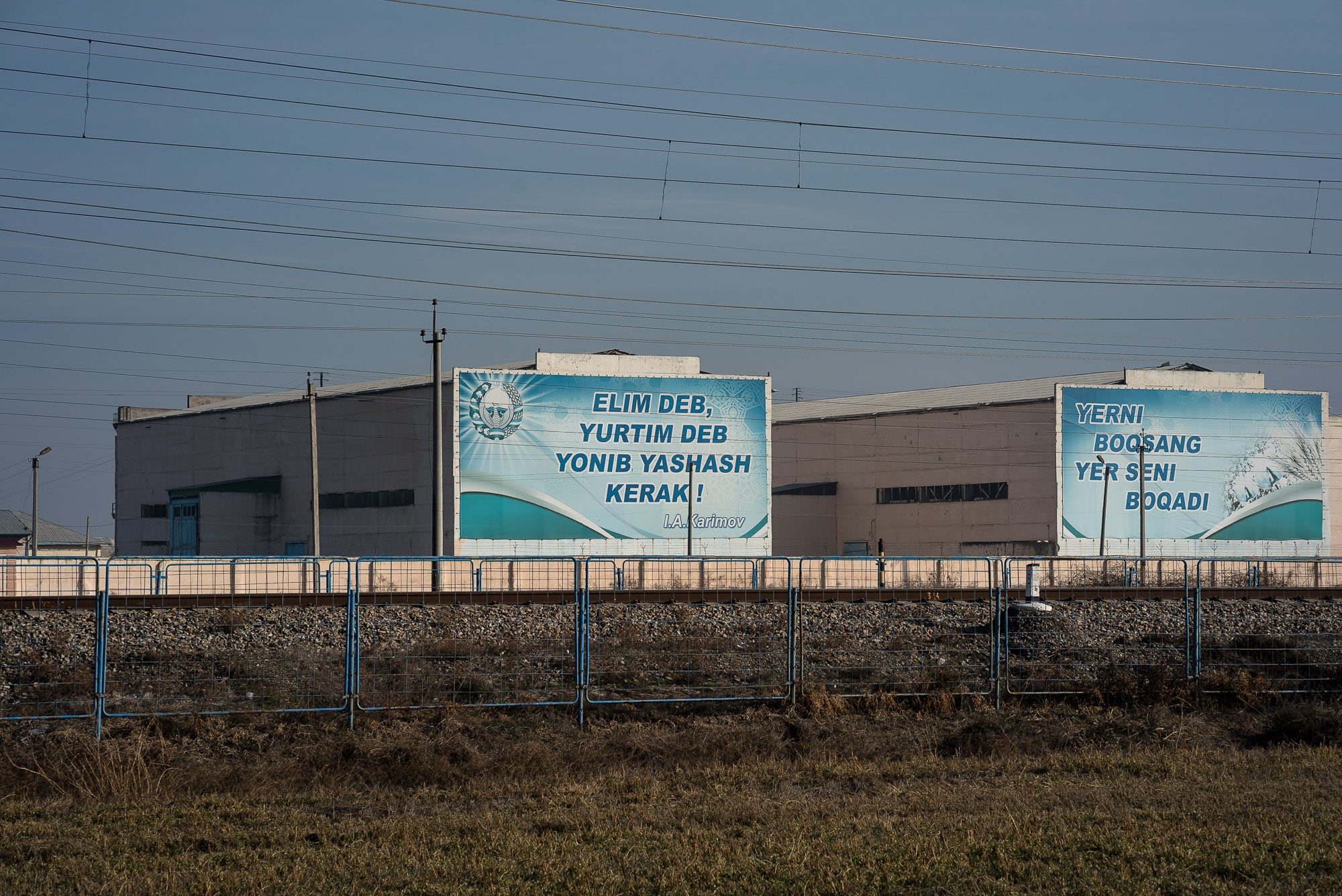 And one time there was a road sign that we liked: 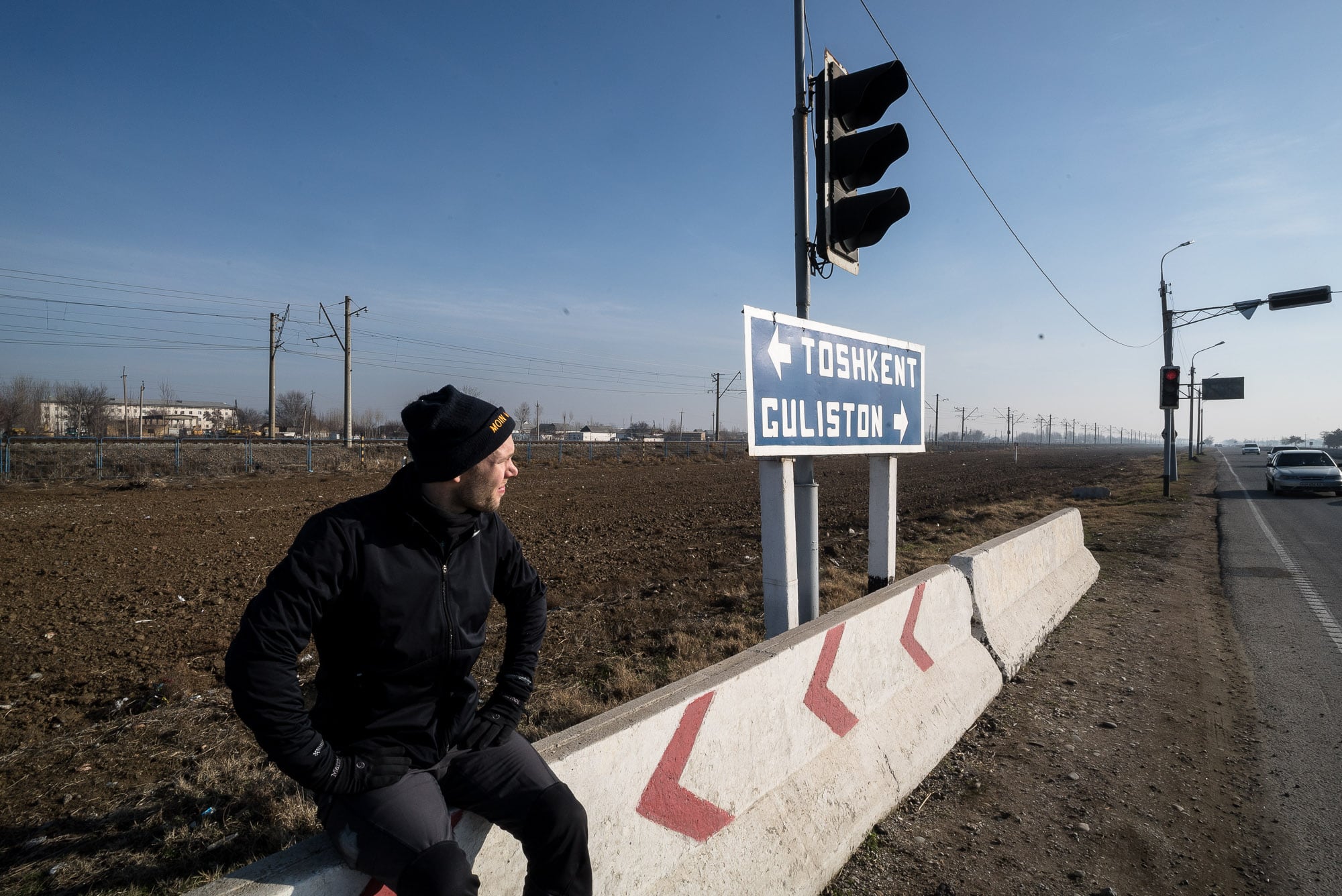 Here is my Let’s Walk of the day, filmed with partly new equipment:

We made it to Gulistan eventually: 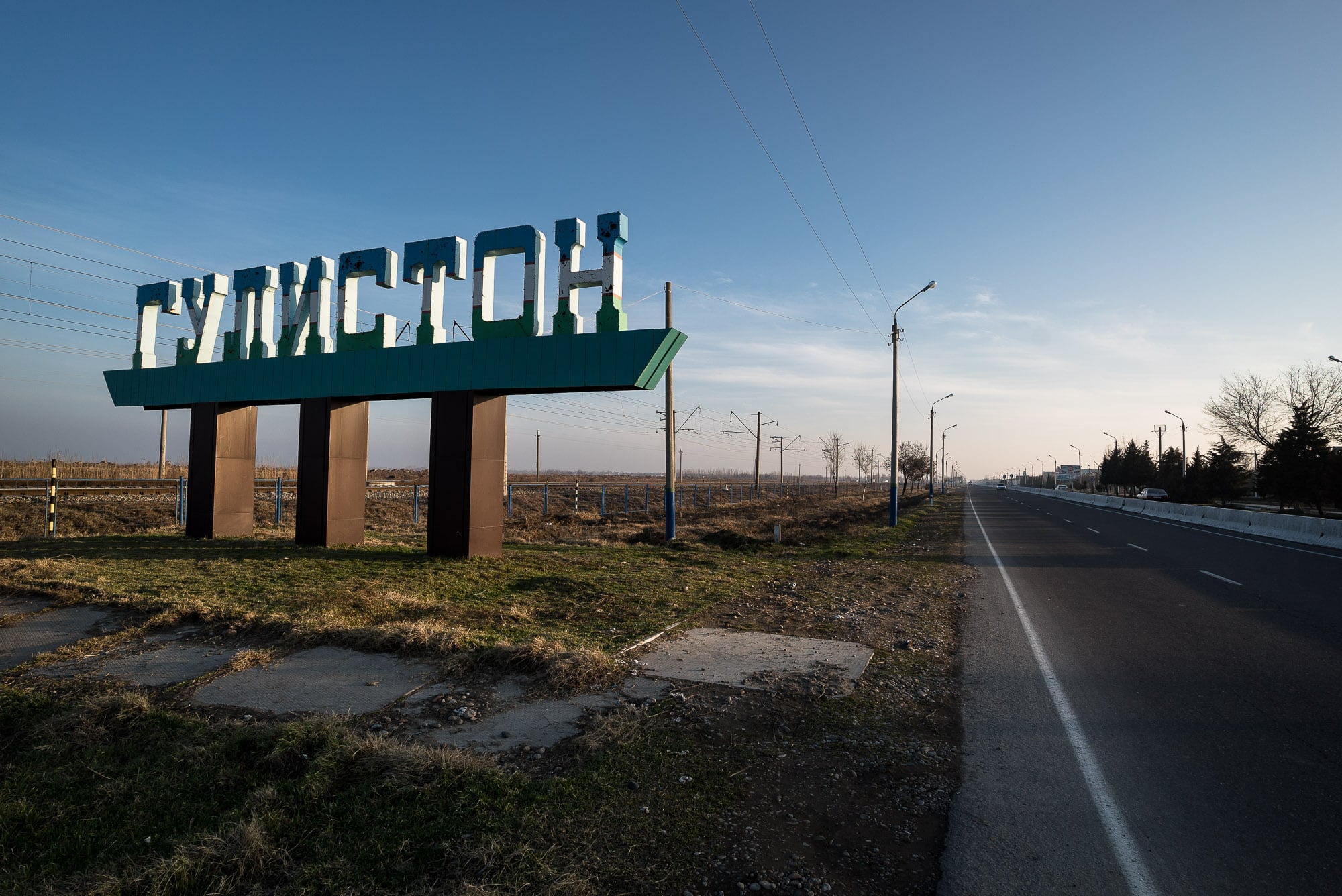 But when we got there, it turned out that we had to cross a bunch of railroad tracks on an embankment: 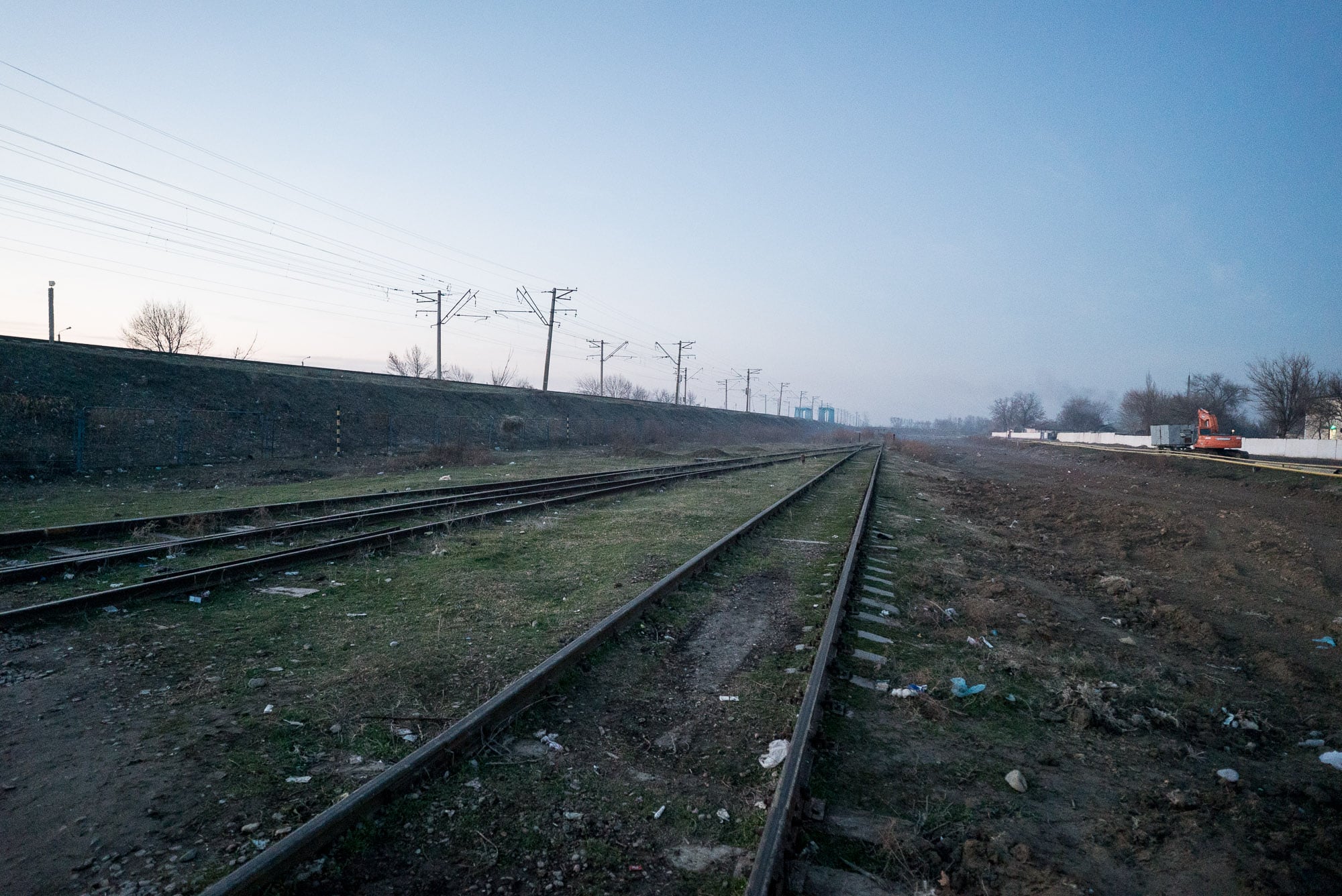 There were stairs leading up and down, but with the Caboose it wasn’t easy: 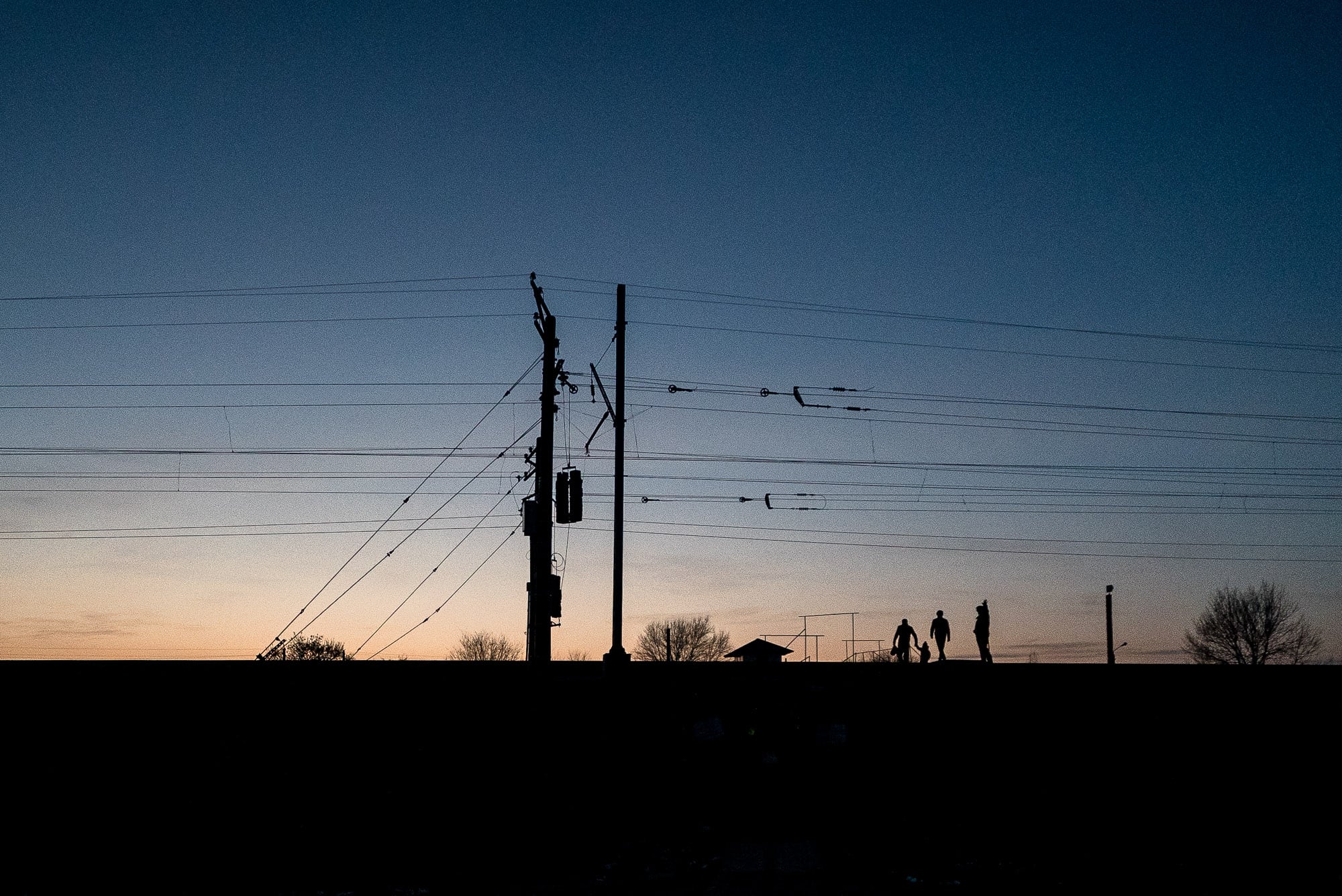 It was decided that I would wear my backpack on my shoulders, pushing the Caboose while Ruben did most of the pulling: 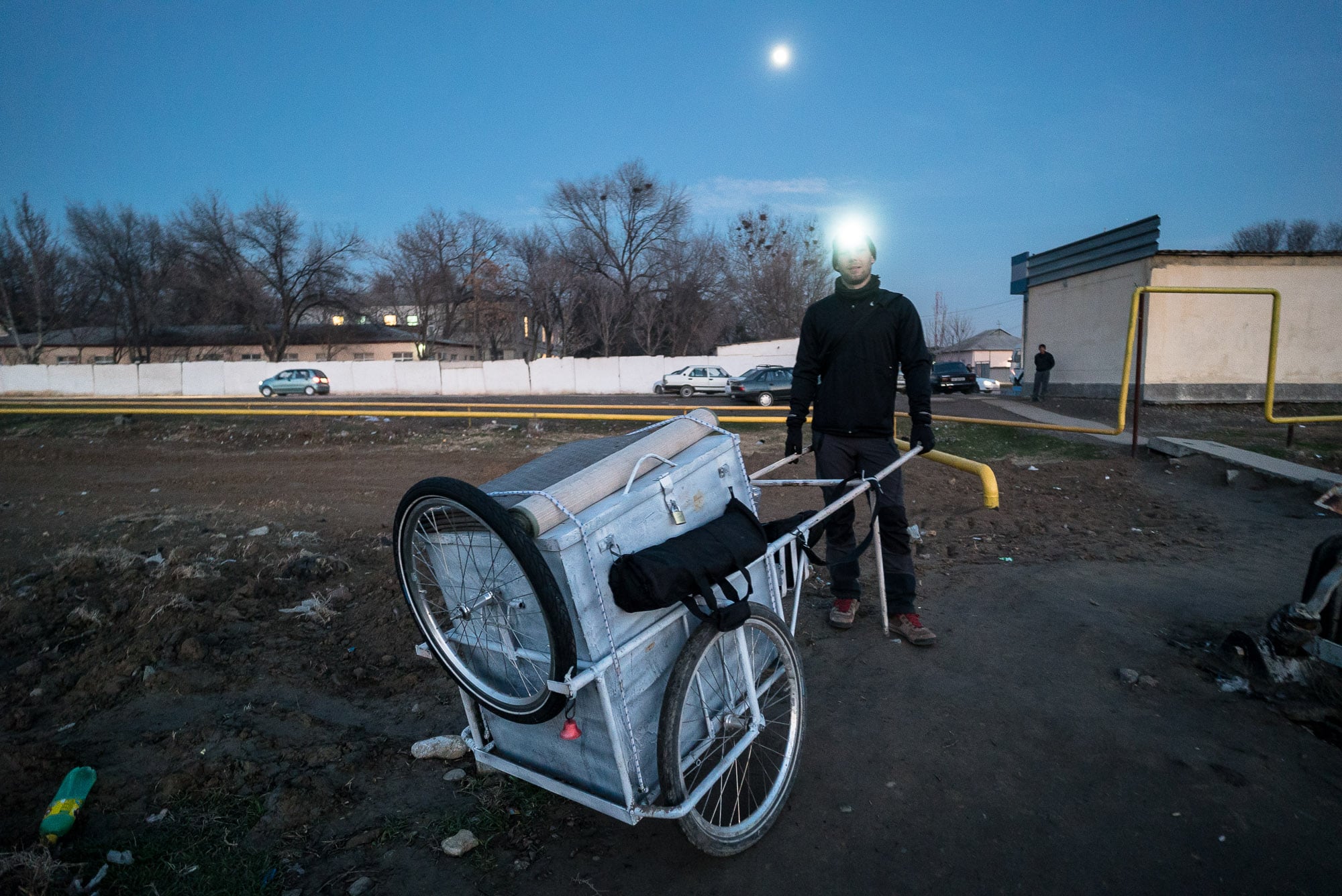 And so we made it. 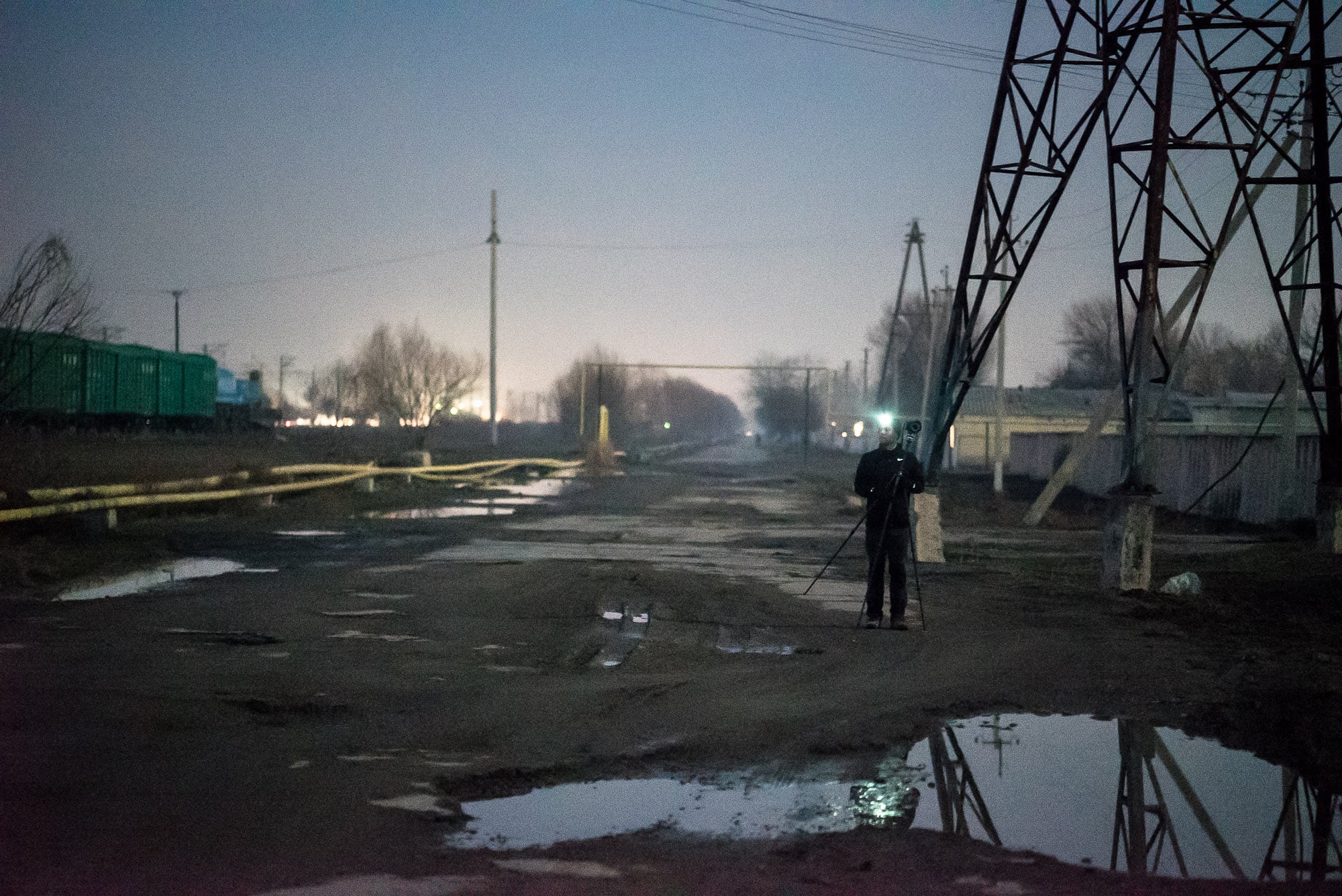 When we arrived at the hotel it was almost completely dark, and we were very, very tired.

Day 621
from Baht to Gulistan