This post is about a 26km walk from Beijing to Lugouqiao. It’s my birthday, and it’s the first day of my journey home from China to Germany.

The original plan was to get up “as early as possible”, and start walking right away. But the night before saw me going out to have hot pot with Xiaohei 小黑 at about 1 am.

So I got up rather late and I tried out the scale: 97 kg.

I never made it to the hundred. Damn. 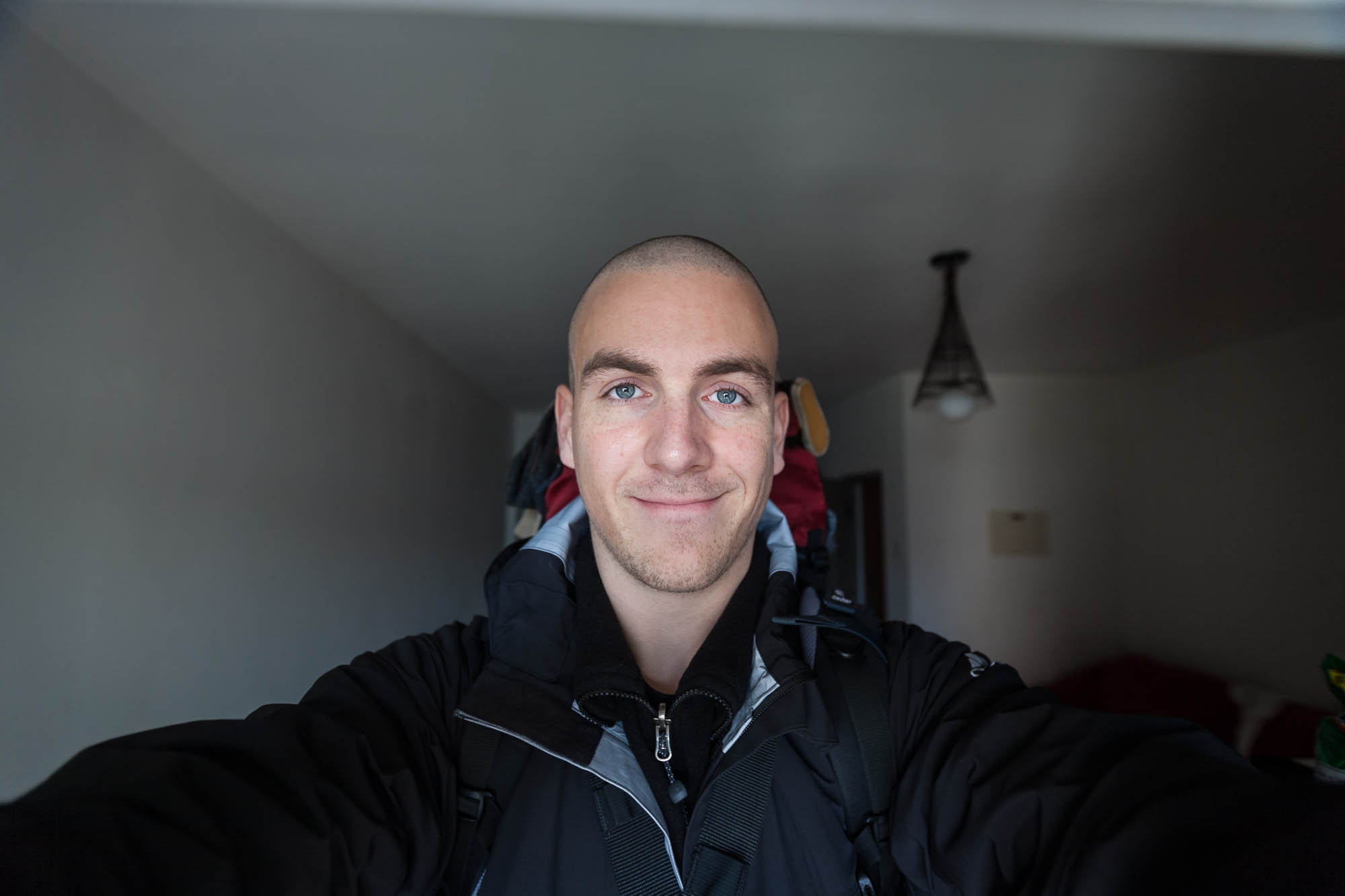 Twenty minutes later I had my clothes on and was at 102 kg.

With the cameras dangling around my neck: 109 kg.

And then I put on the backpack and looked at the scale… 123 kg.

I broke a sweat and decided to sit down and have breakfast.

Well, how can I describe the amount of traffic I ended up walking through? When I noticed I was humming “one, two, three – one, two, three” I paused and thought: are we that desperate already? 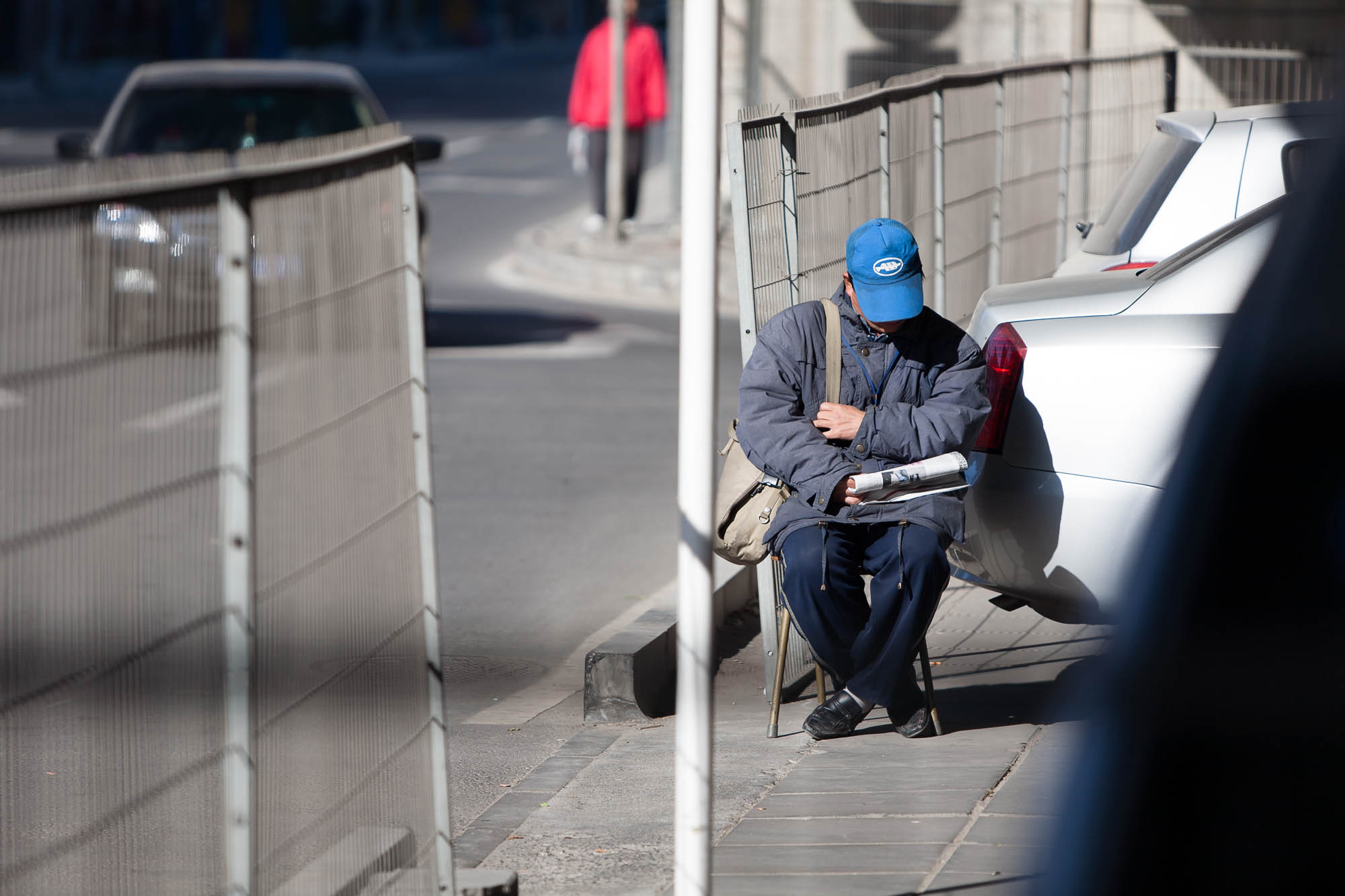 That’s when I put in my earphones, ignoring all the beautiful life out there that I had ventured out to discover.

Just getting out of Beijing, trying not to poke anybody with the trekking poles dangling from my backpack was hard enough. 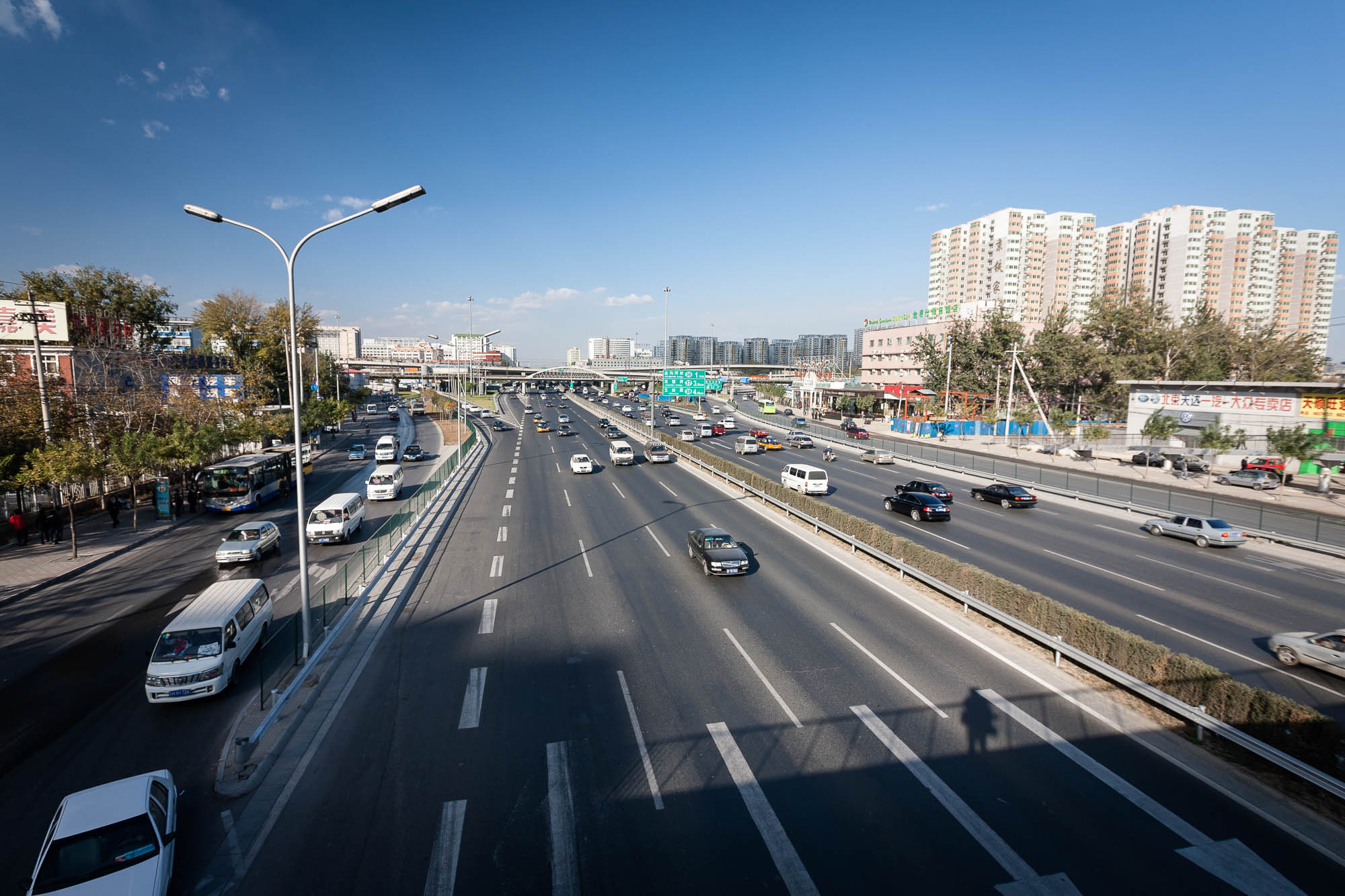 I had noodles for lunch in an overcrowded place near Gongzhufen. The door was so narrow that I couldn’t fit through with all my gear on. Or maybe I just had too much gear.

The noodles were okay, though.

Now I’m in a hotel near Lugouqiao 卢沟桥. A certain Uncle Zhang 张叔叔 has decided to serve me beef and mantou for dinner. He also wants everyone to know that he has been to 28 countries, and that we all should drink the hell up.

Okay, I am making this sound worse than it actually was. It was a nice dinner, but I couldn’t stop thinking about my hurting feet. So I excused myself and went to bed early.

It’s my first day of walking, and I have walked from Beijing to Lugouqiao. I wonder if I have lost any weight yet.