When we woke up, we came up with a plan. Ruben was going to stay in the city and take care of some things for us there. Book train tickets. Check out some local souvenirs. That sort of thing.

I took a cab back to Bulungur and met up with the family who had stored the Caboose: 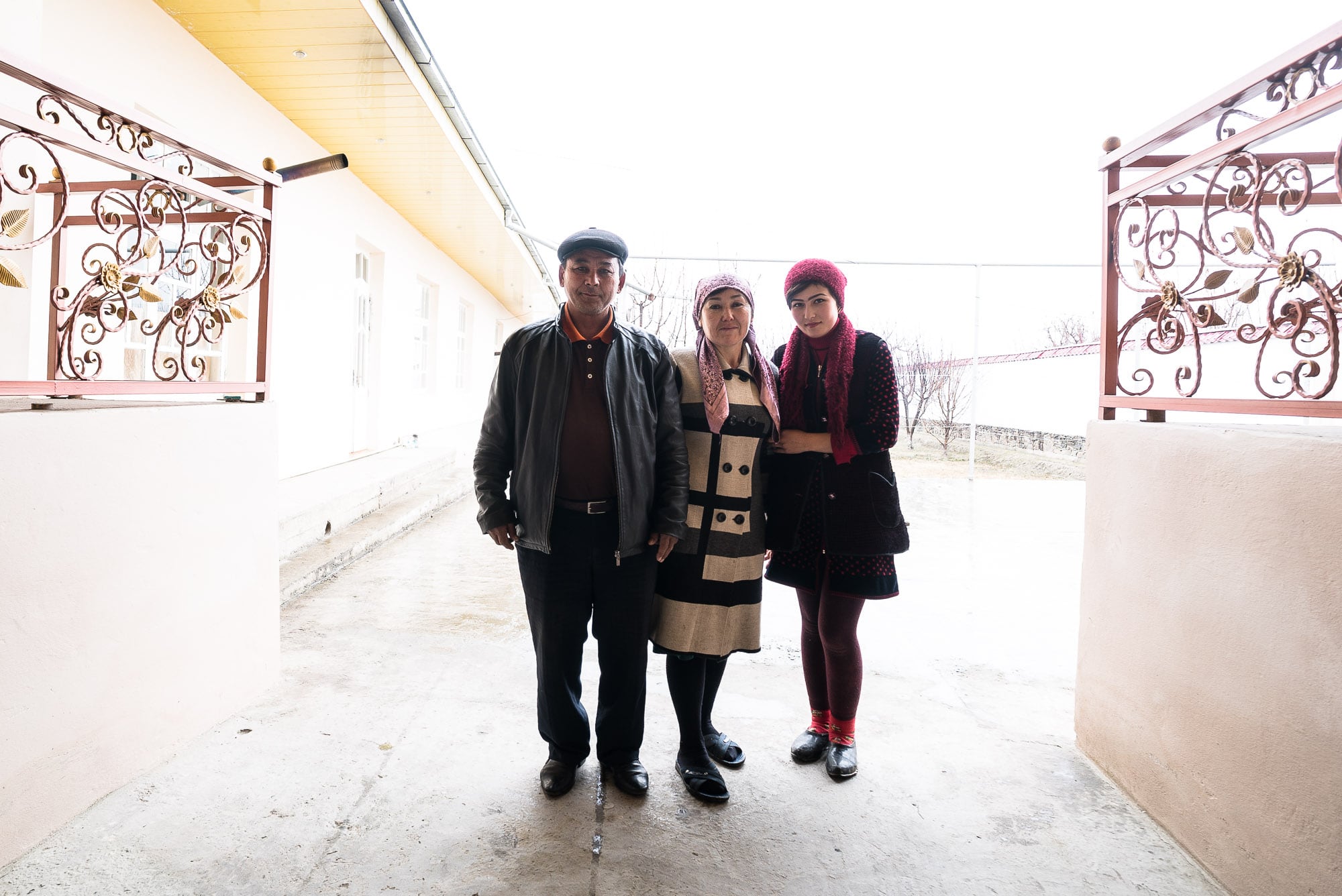 The police had apparently called them a bunch of times, asking questions about us. I didn’t stay for tea. No need to attract any more attention.

So I said thank you and good-bye and got back on the road: 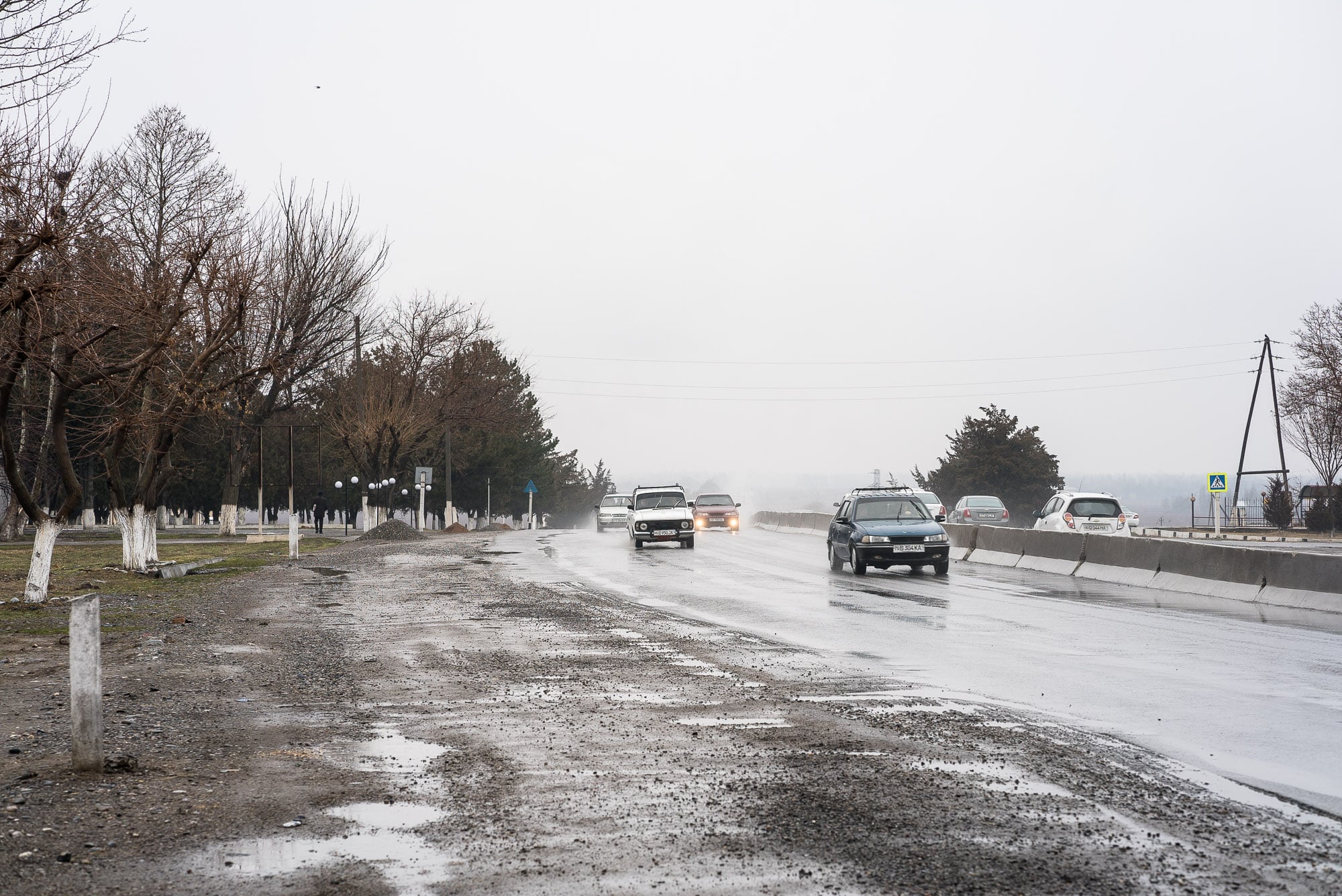 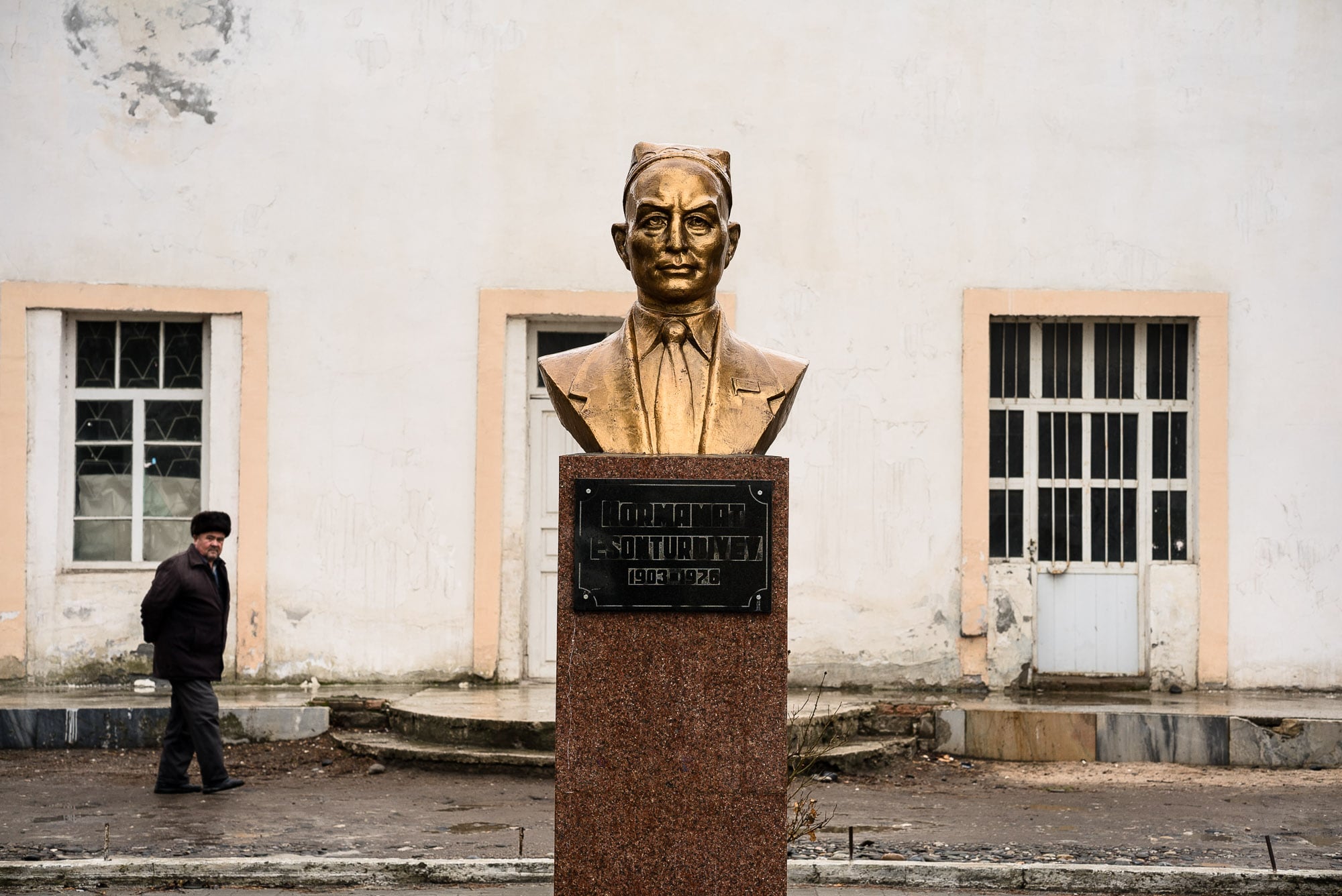 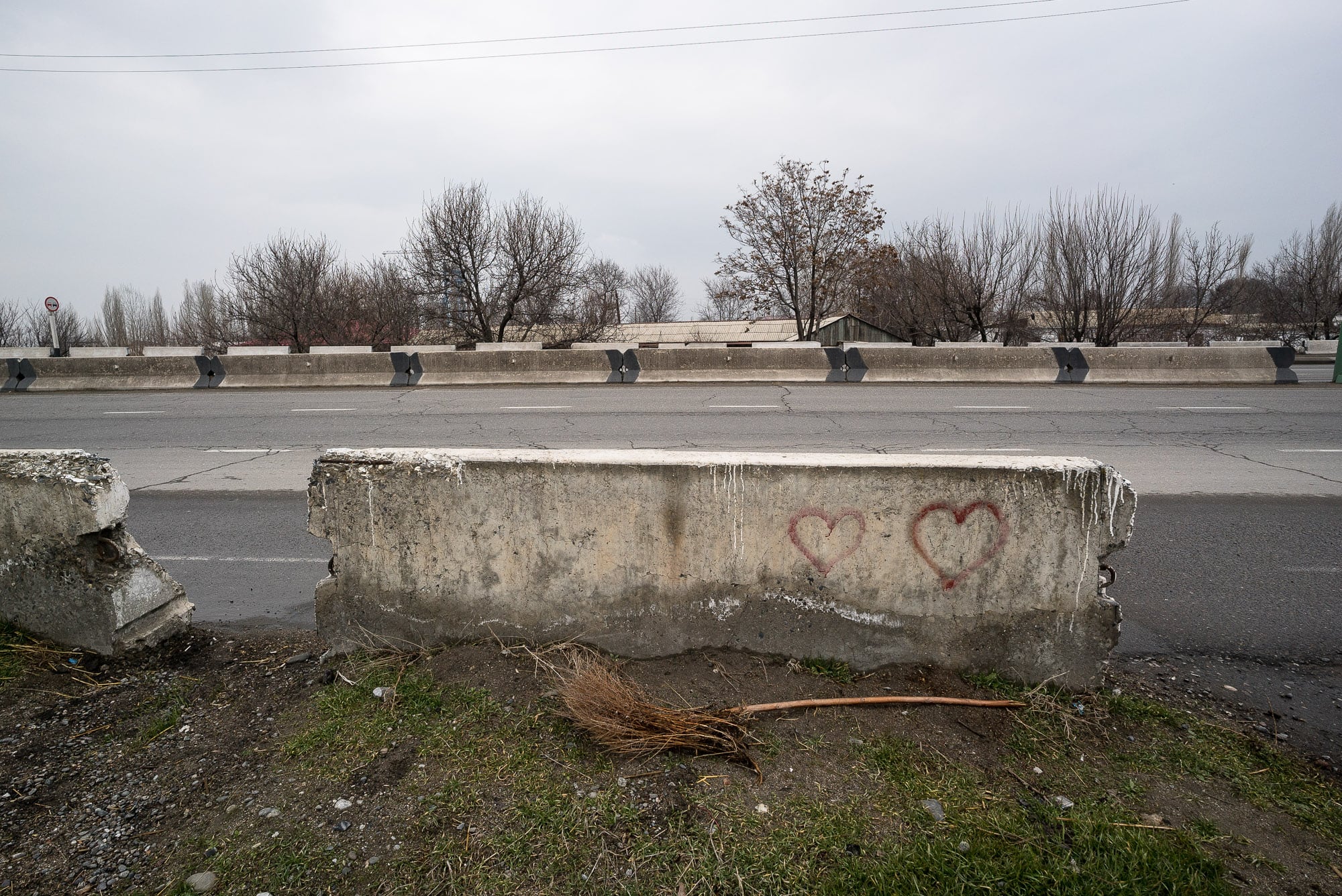 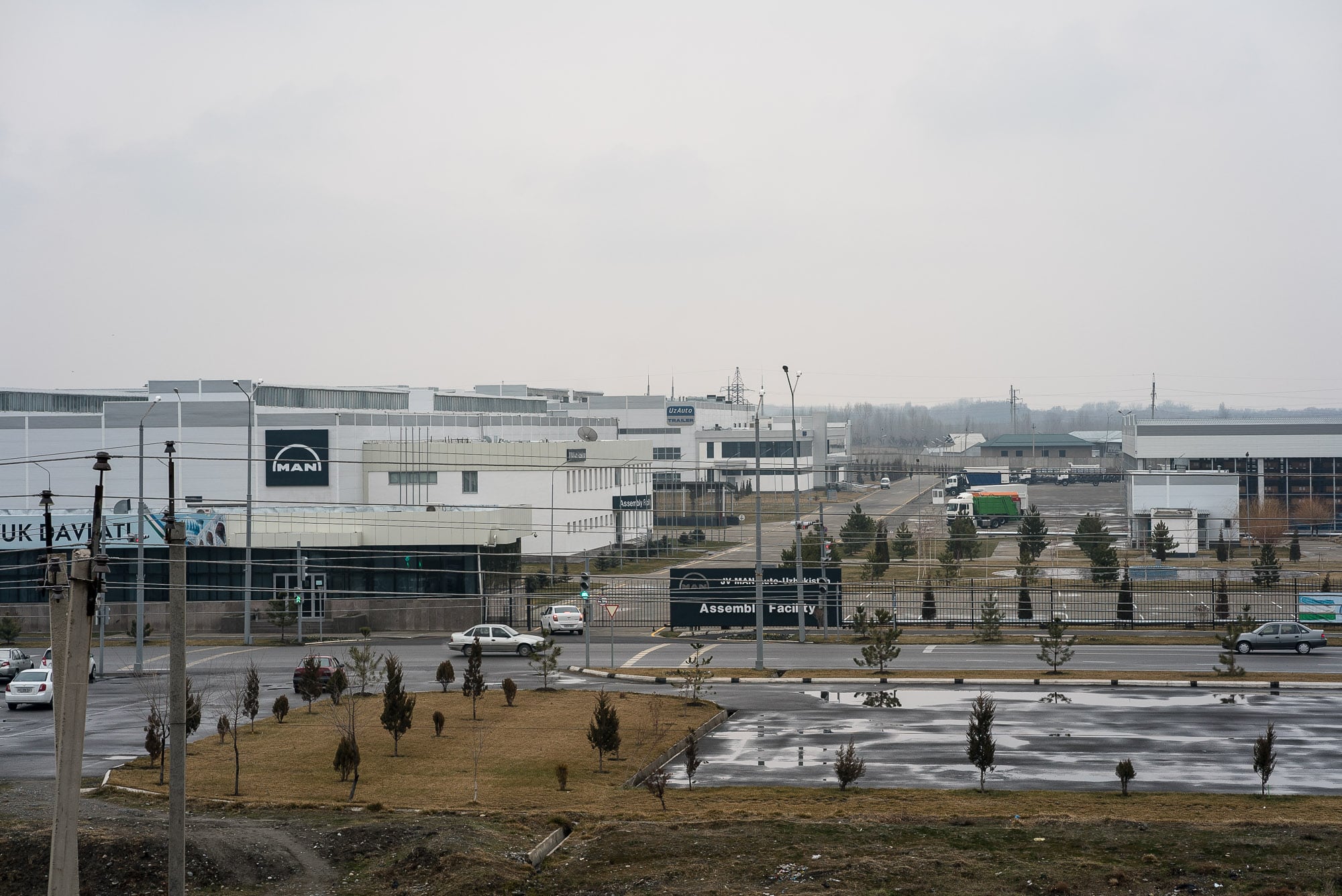 It seemed as though the whole town depended on this: 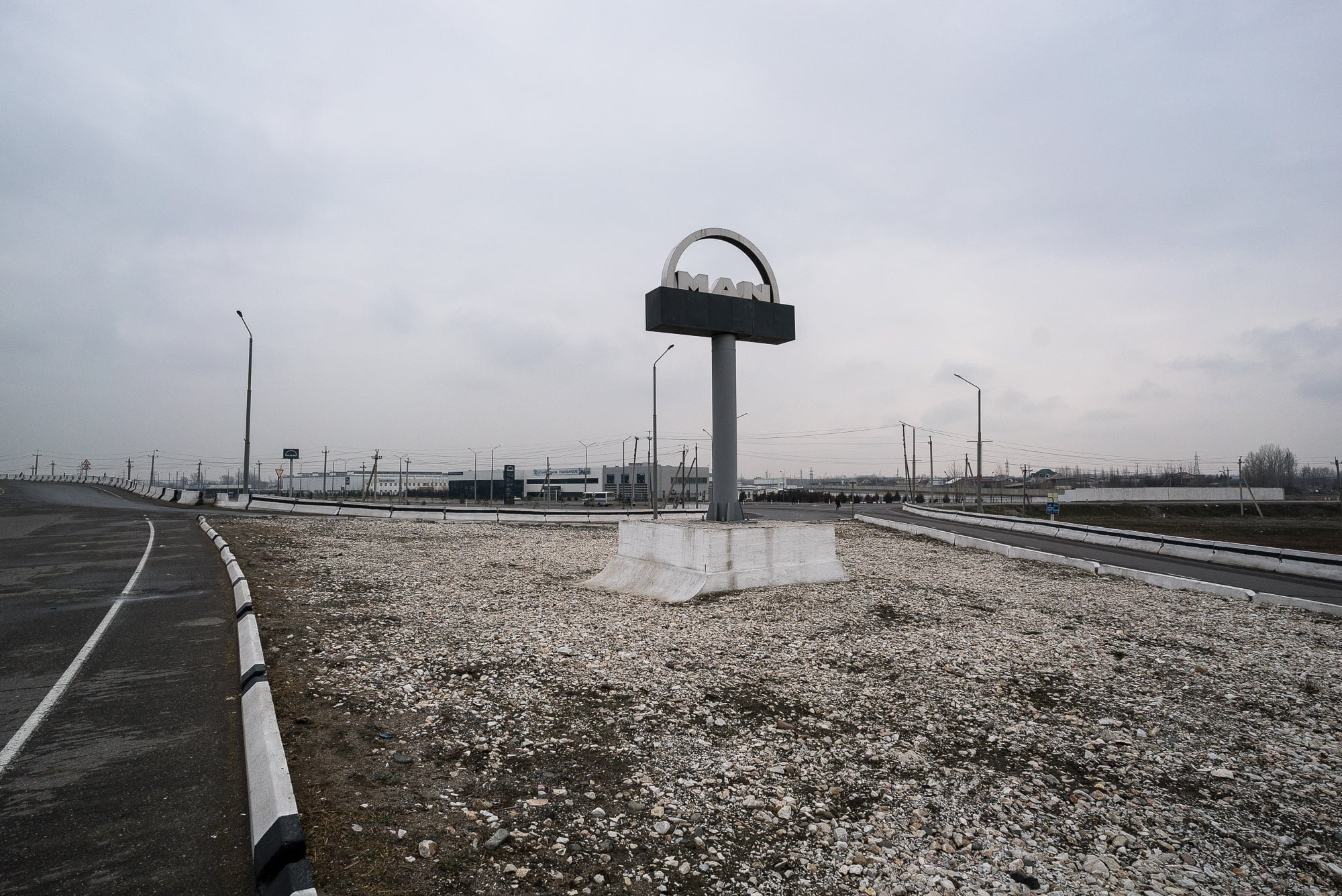 And then I was in Samarkand:

At first, it was just a bunch of roofs and the silhouette of a mosque in the distance: 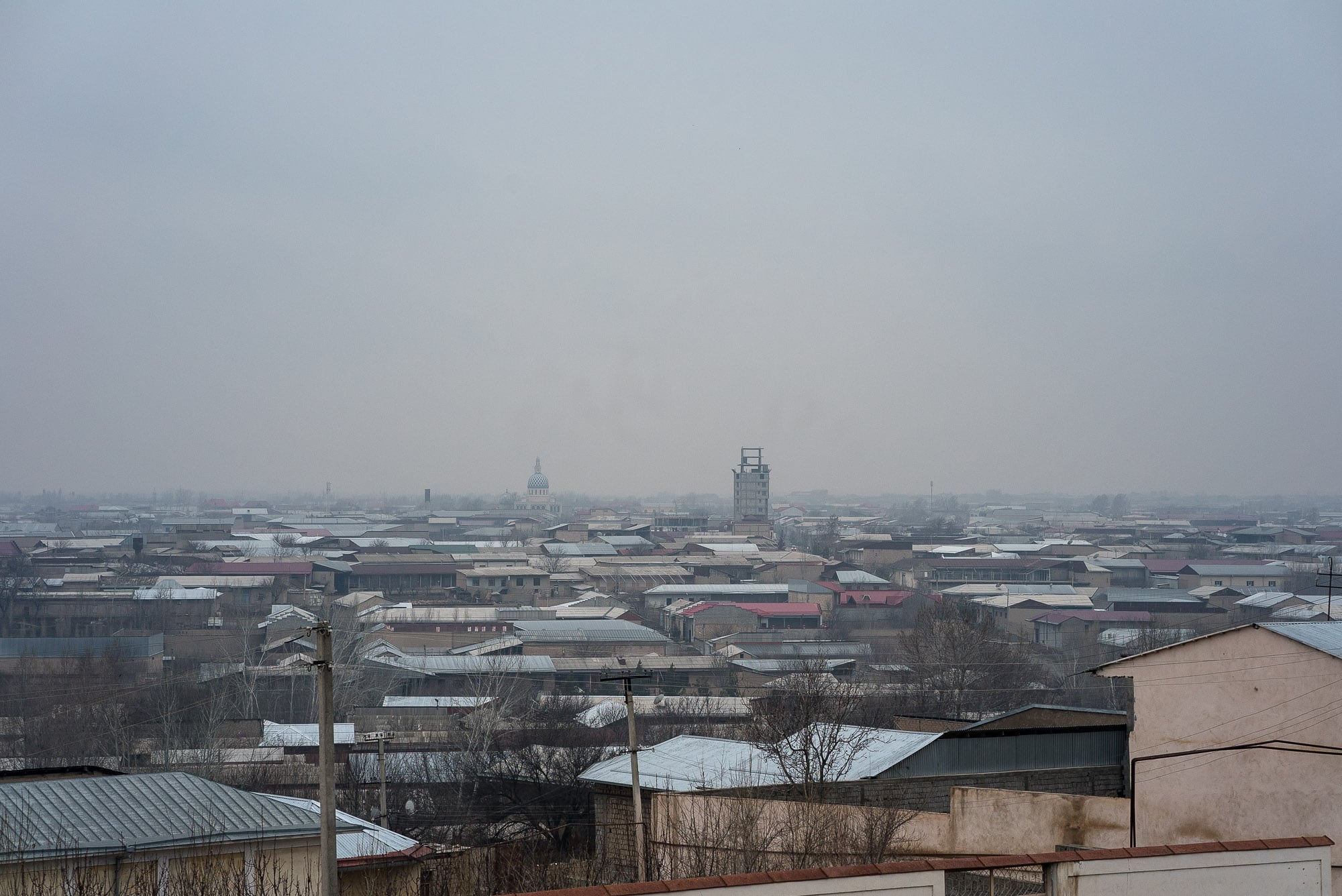 Then it was this canal: 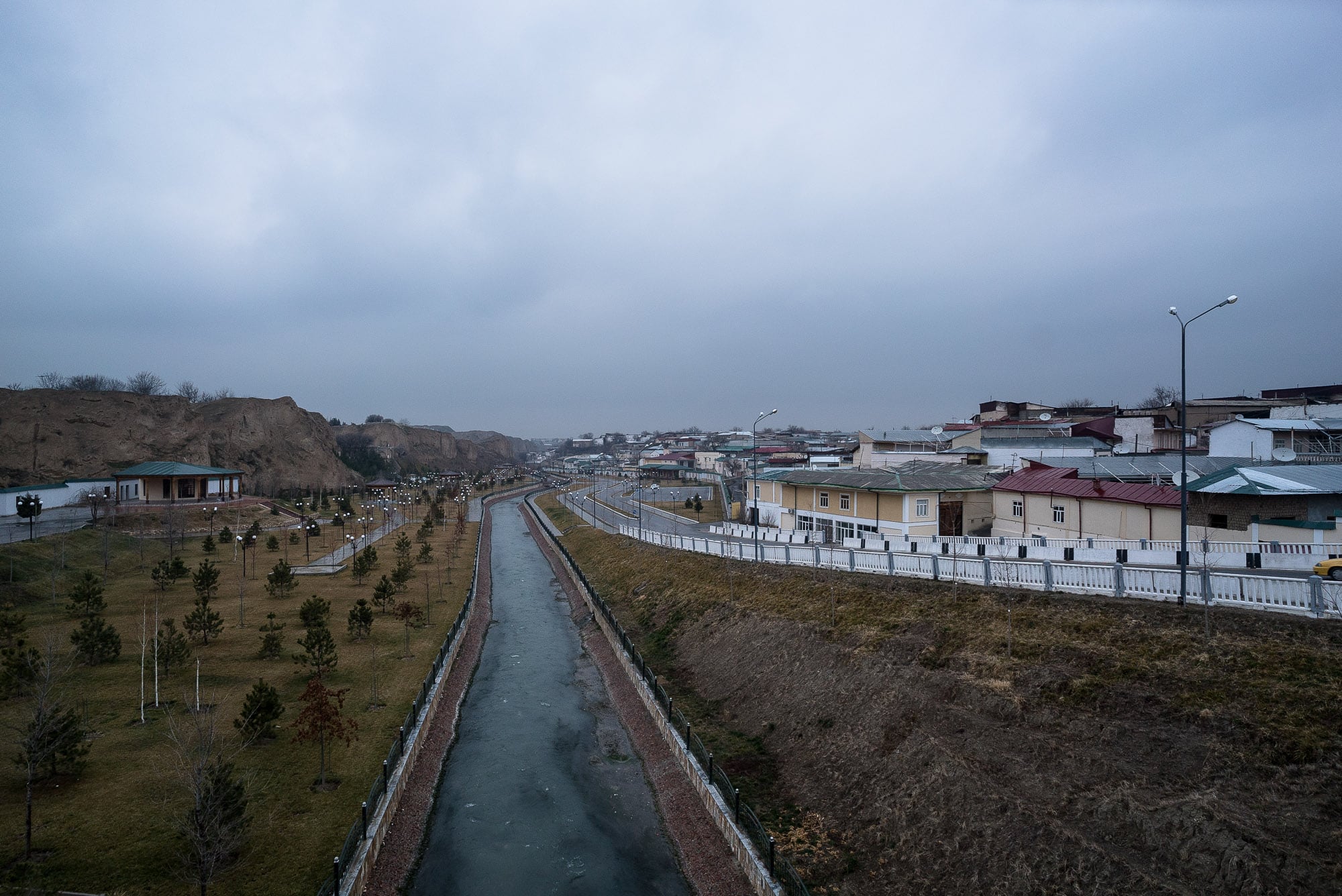 Then a Jewish cemetery: 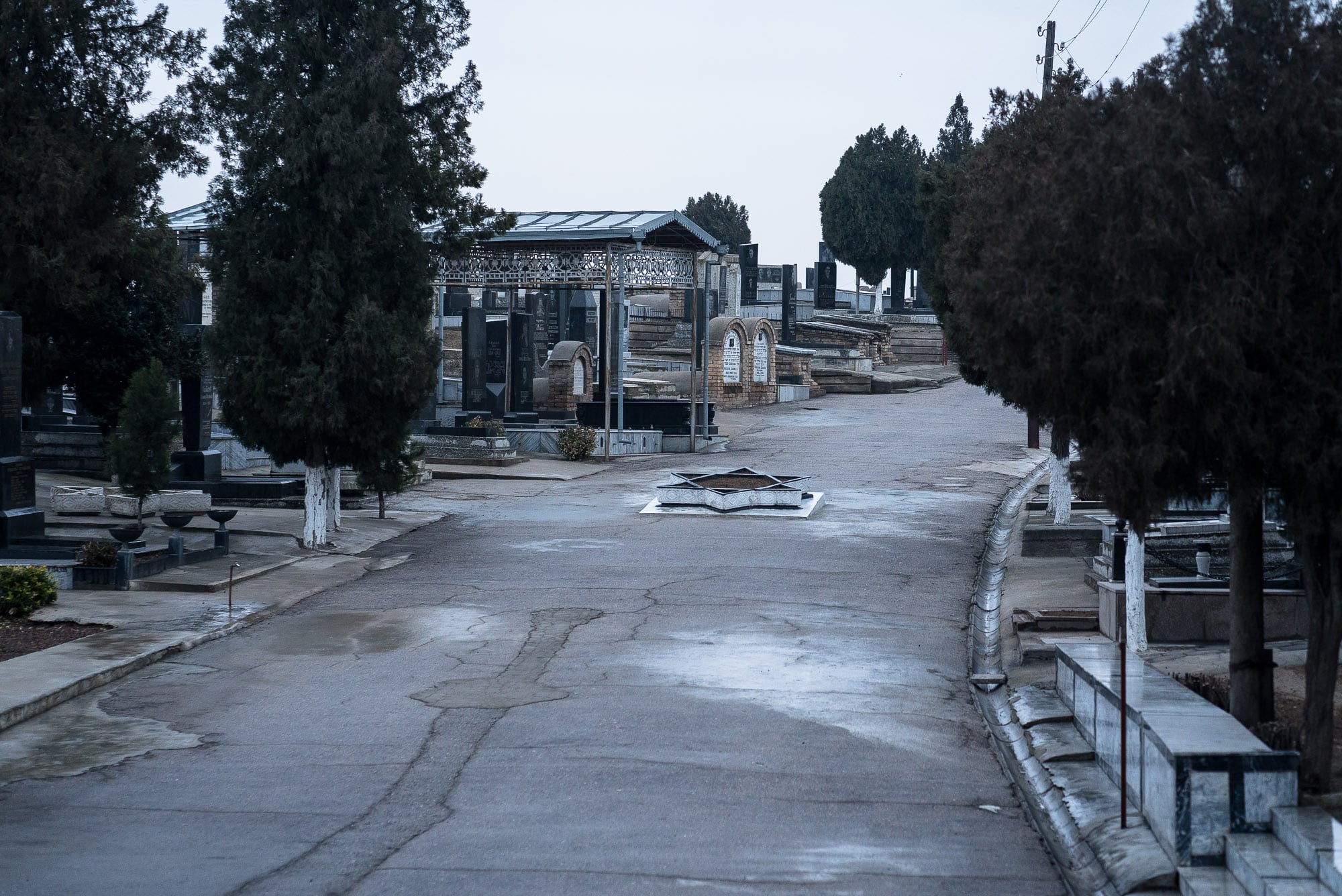 The Caboose and I walked down a quiet road that penetrated deep into the city: 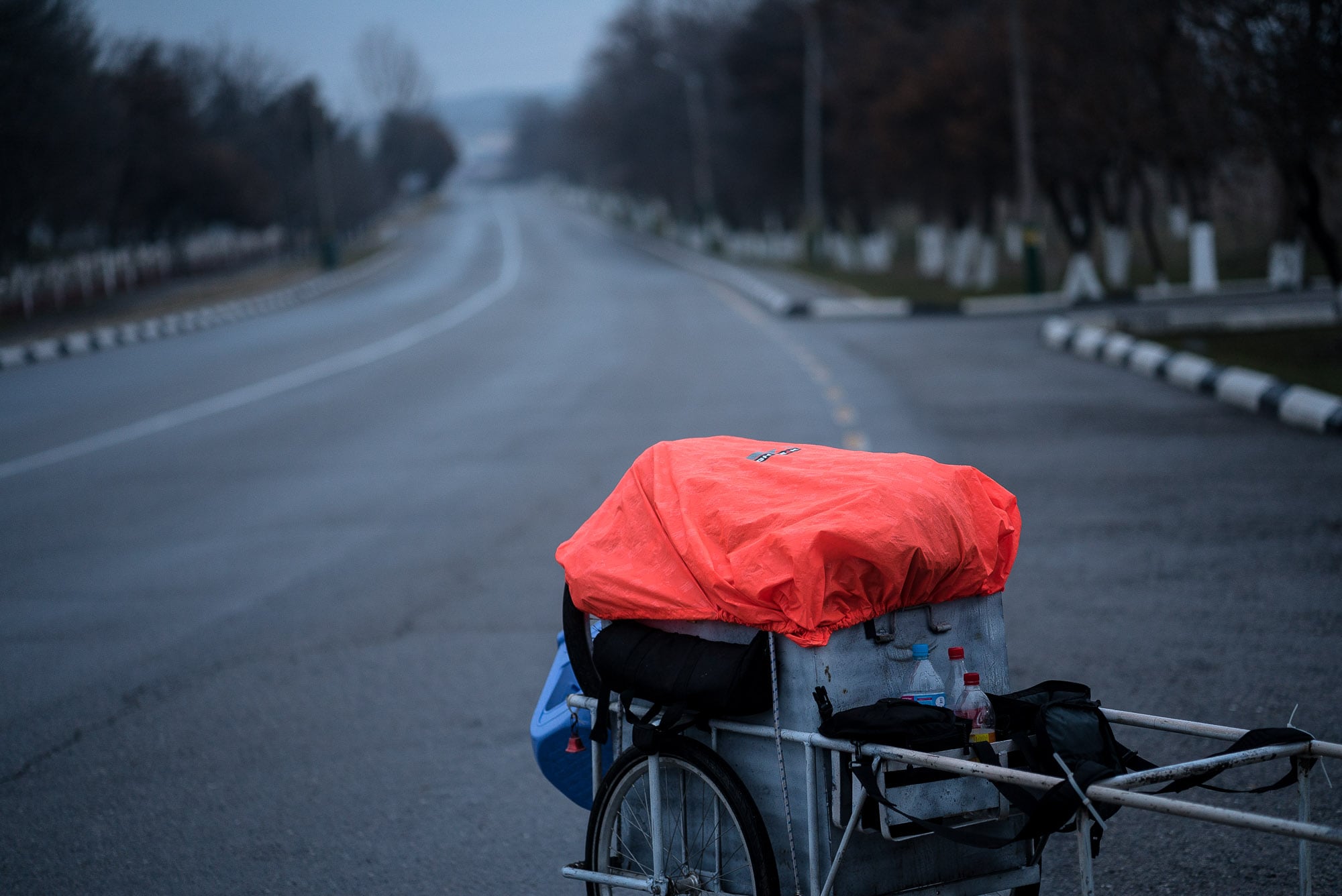 And then, after a hill, we saw it: 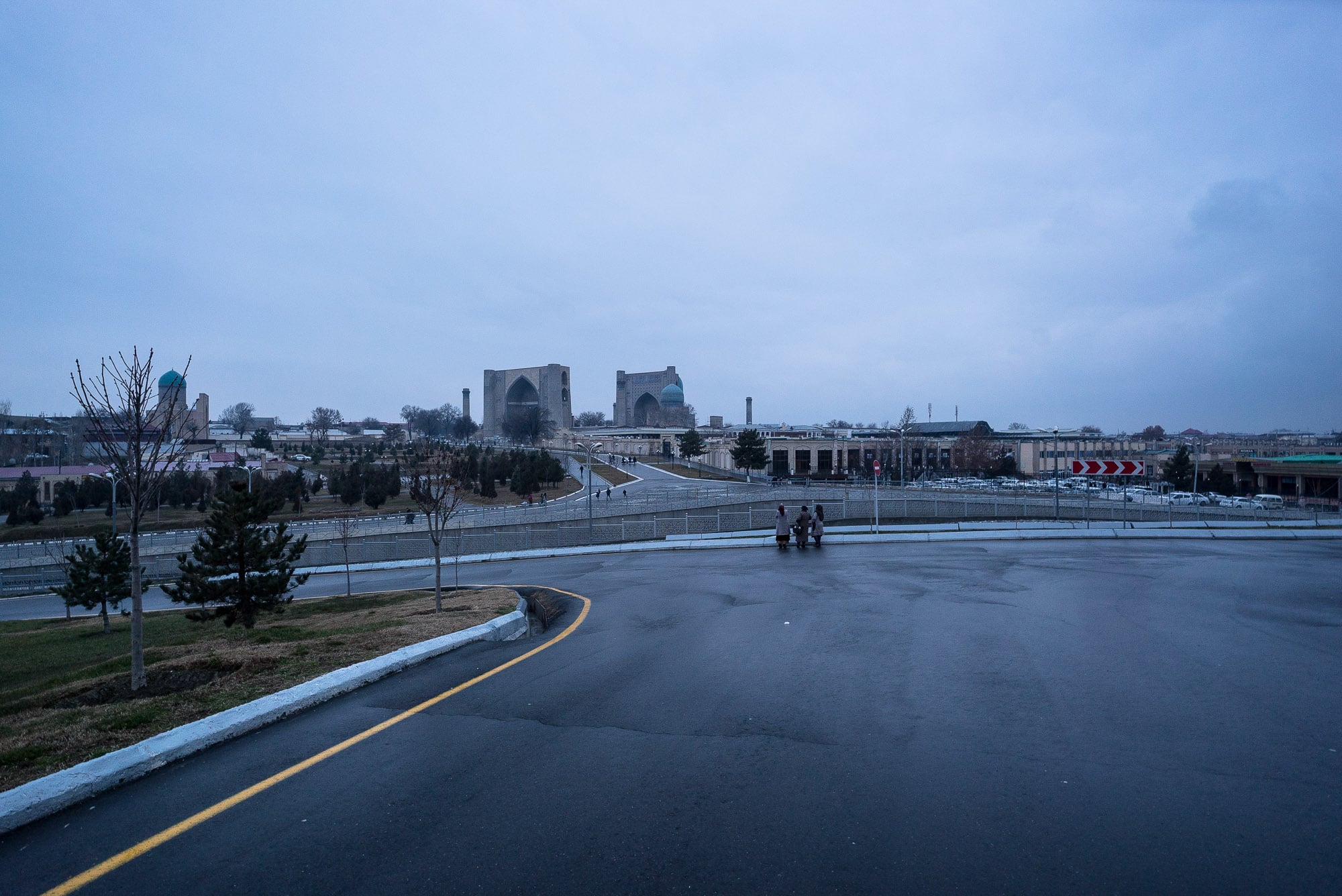 I even asked some cops if this was the Registan: 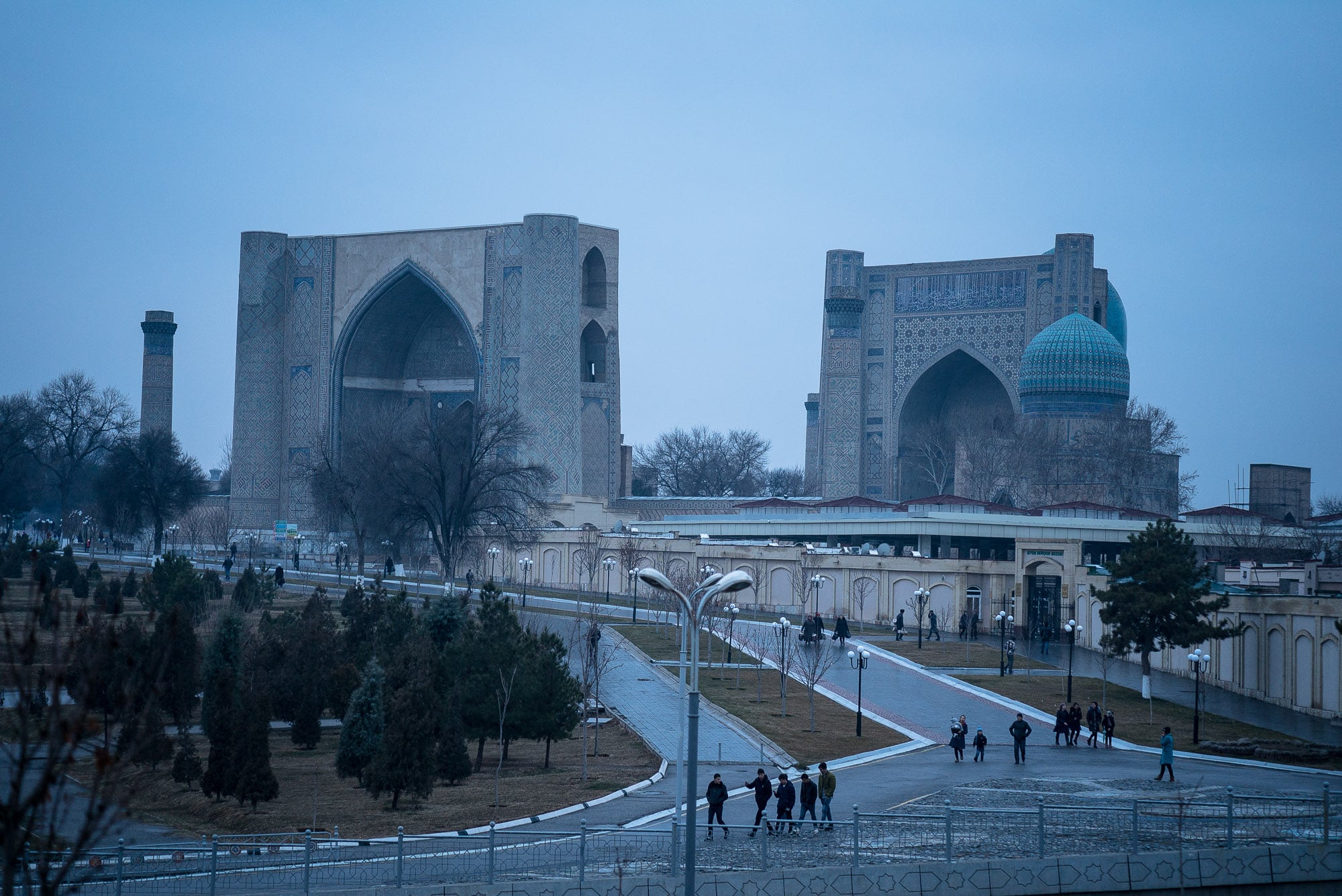 “Sure,” they said, “Registan, Registan.”

And they waved at me from the base of the building they were apparently guarding: 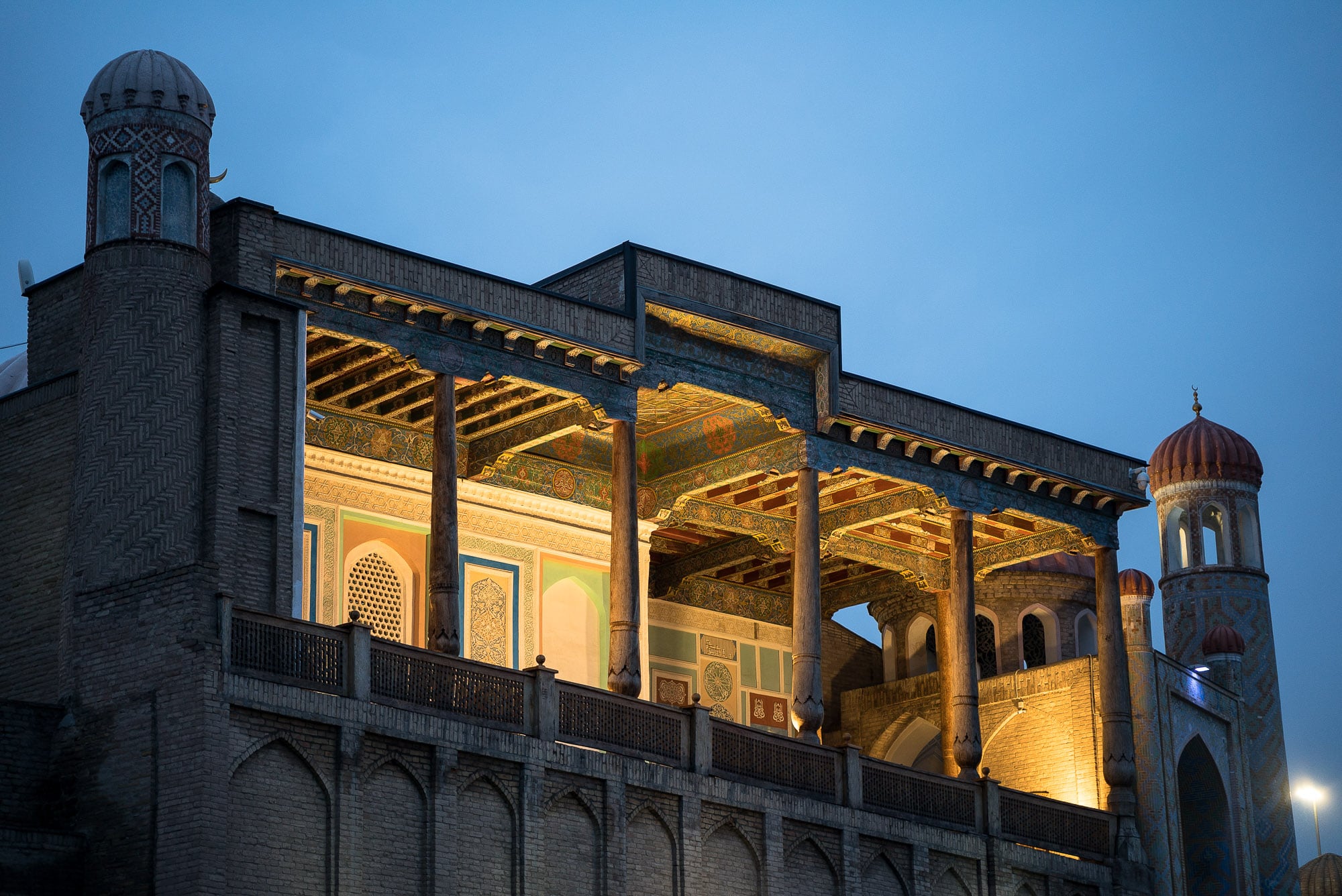 So I walked up to this giant ensemble of ancient buildings, and as I got closer I almost totally lost my mind: 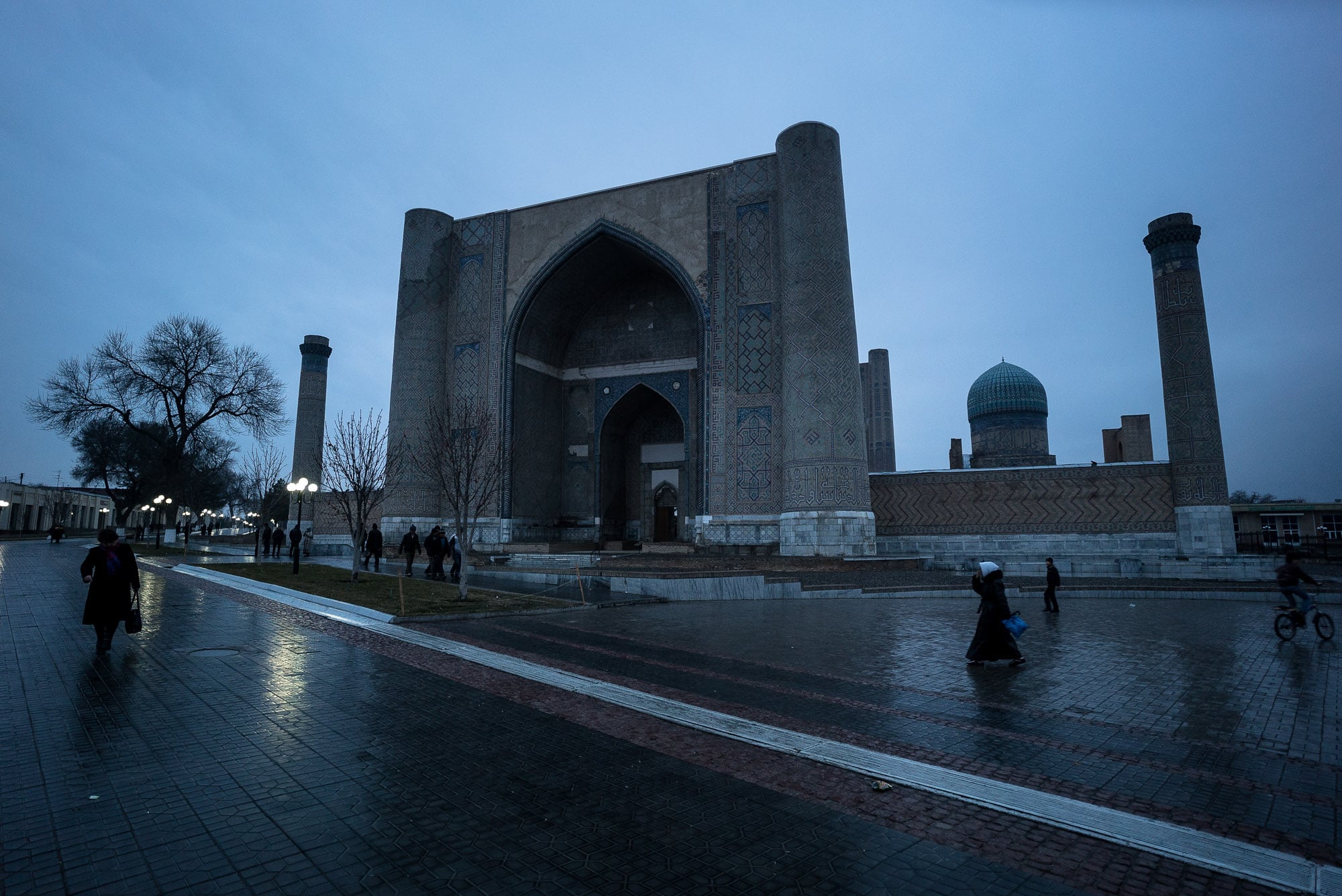 I was so excited.

But I was wrong.

This video explains how I found out once again that I am indeed an idiot:

I found the real Registan eventually: 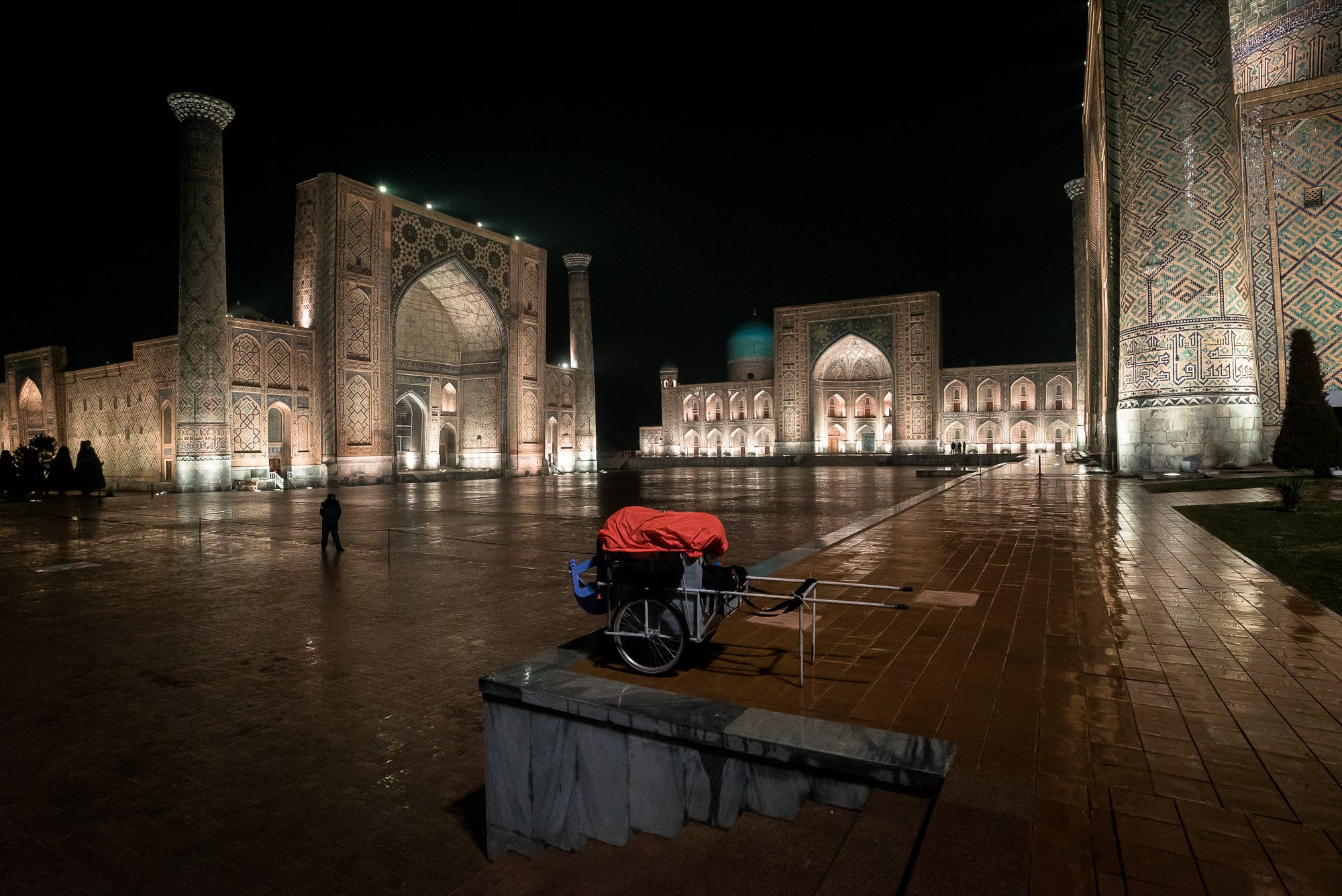 And oh my fucking god: 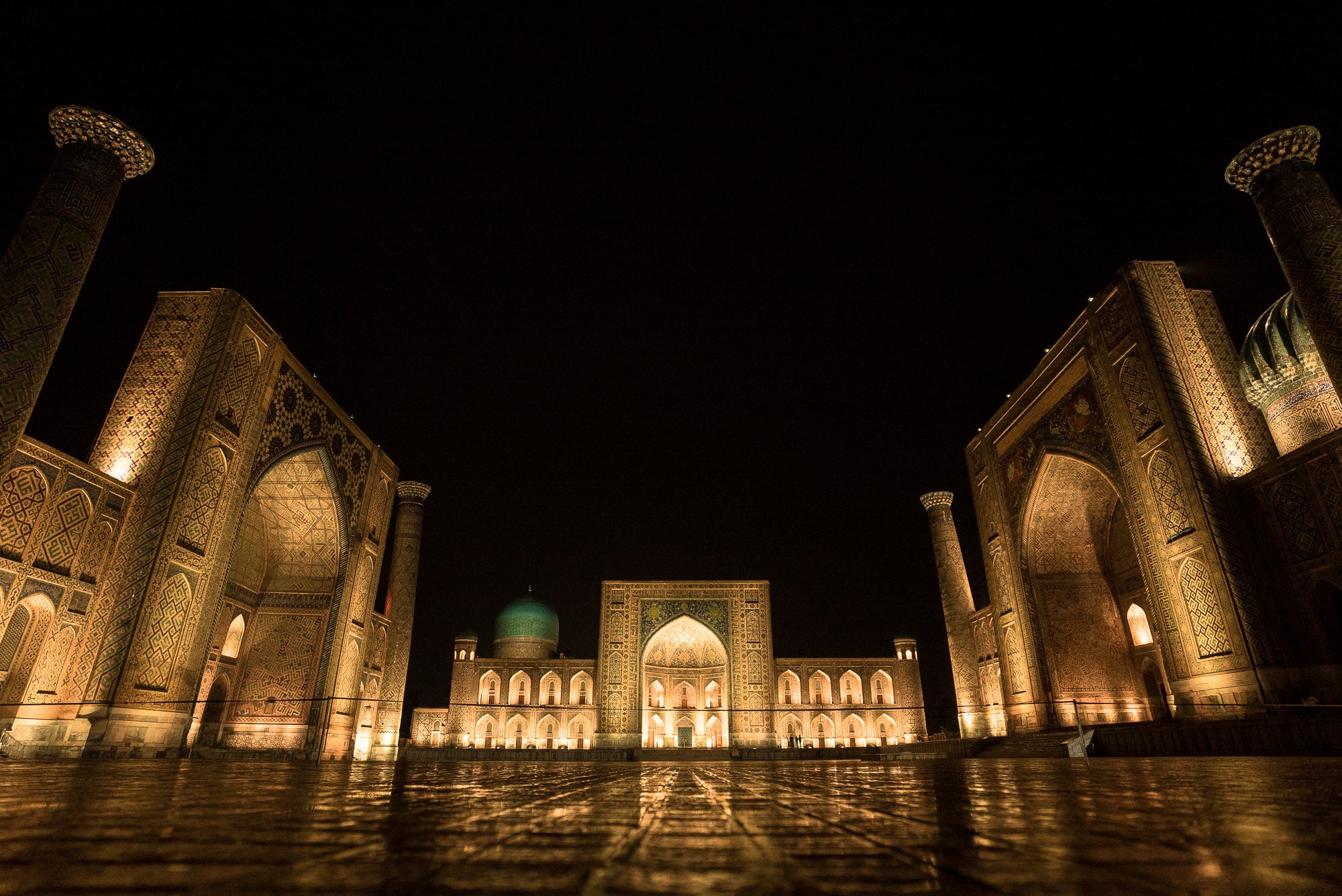 It was so beautiful… 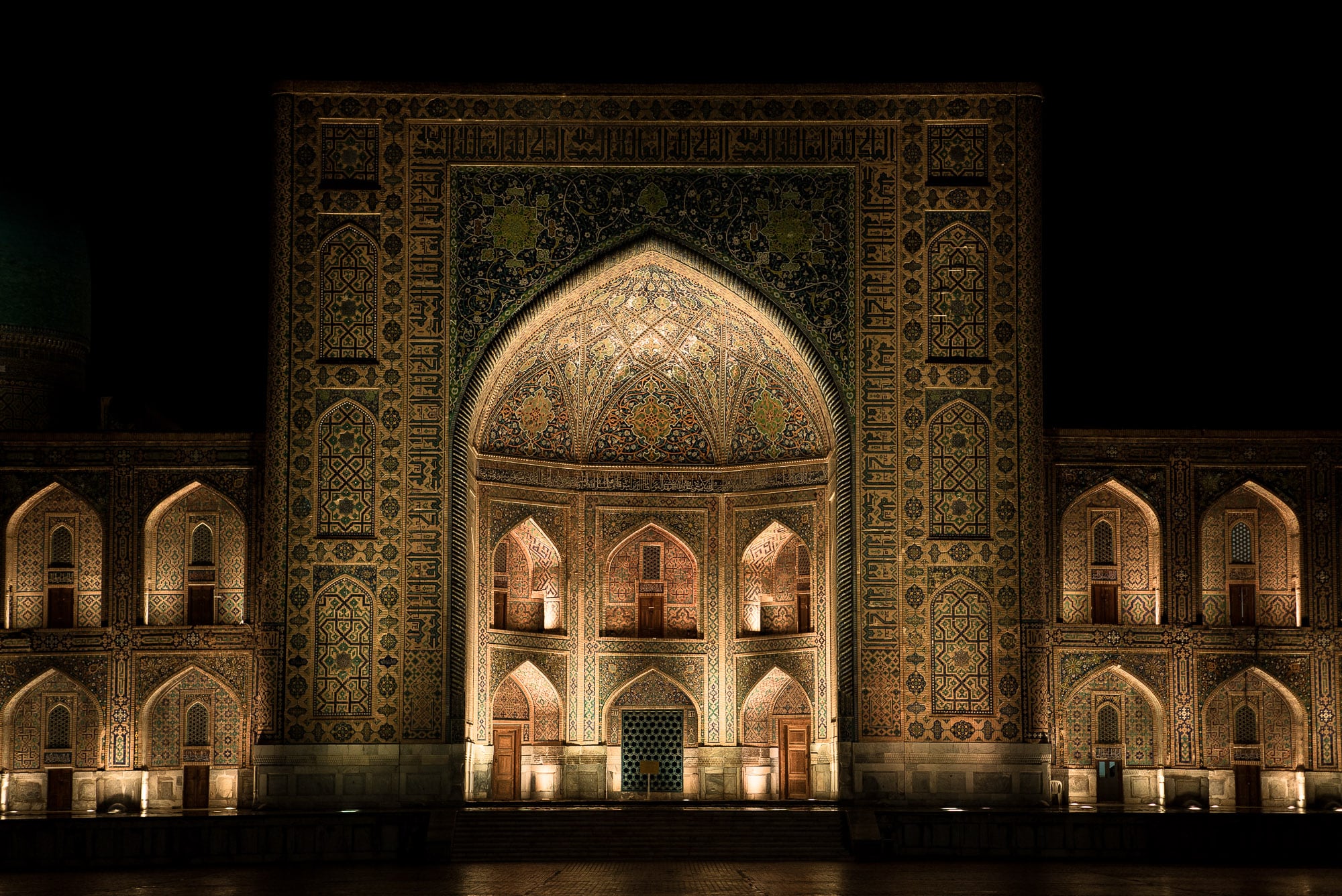 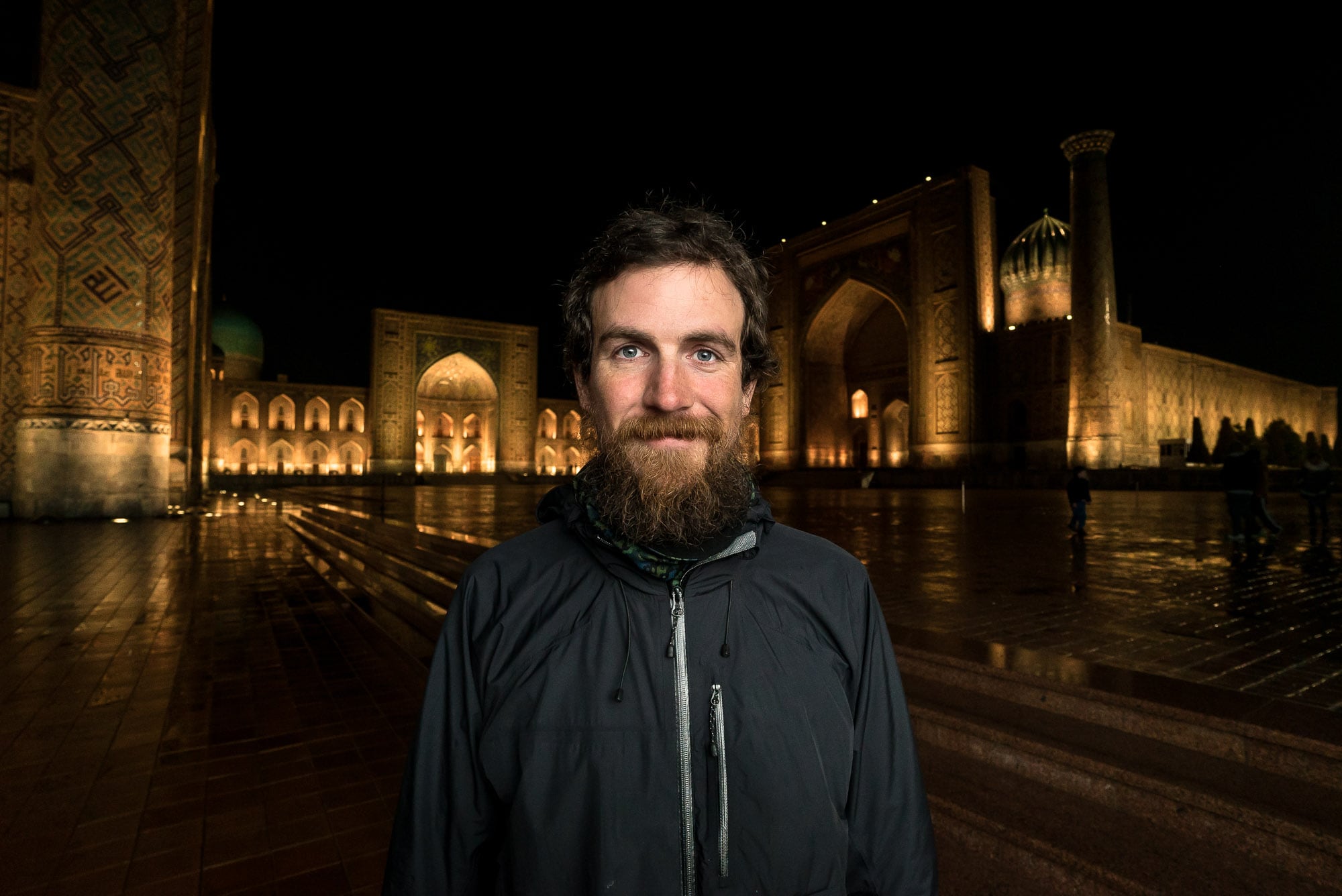 Ruben came over and joined me for some pictures: 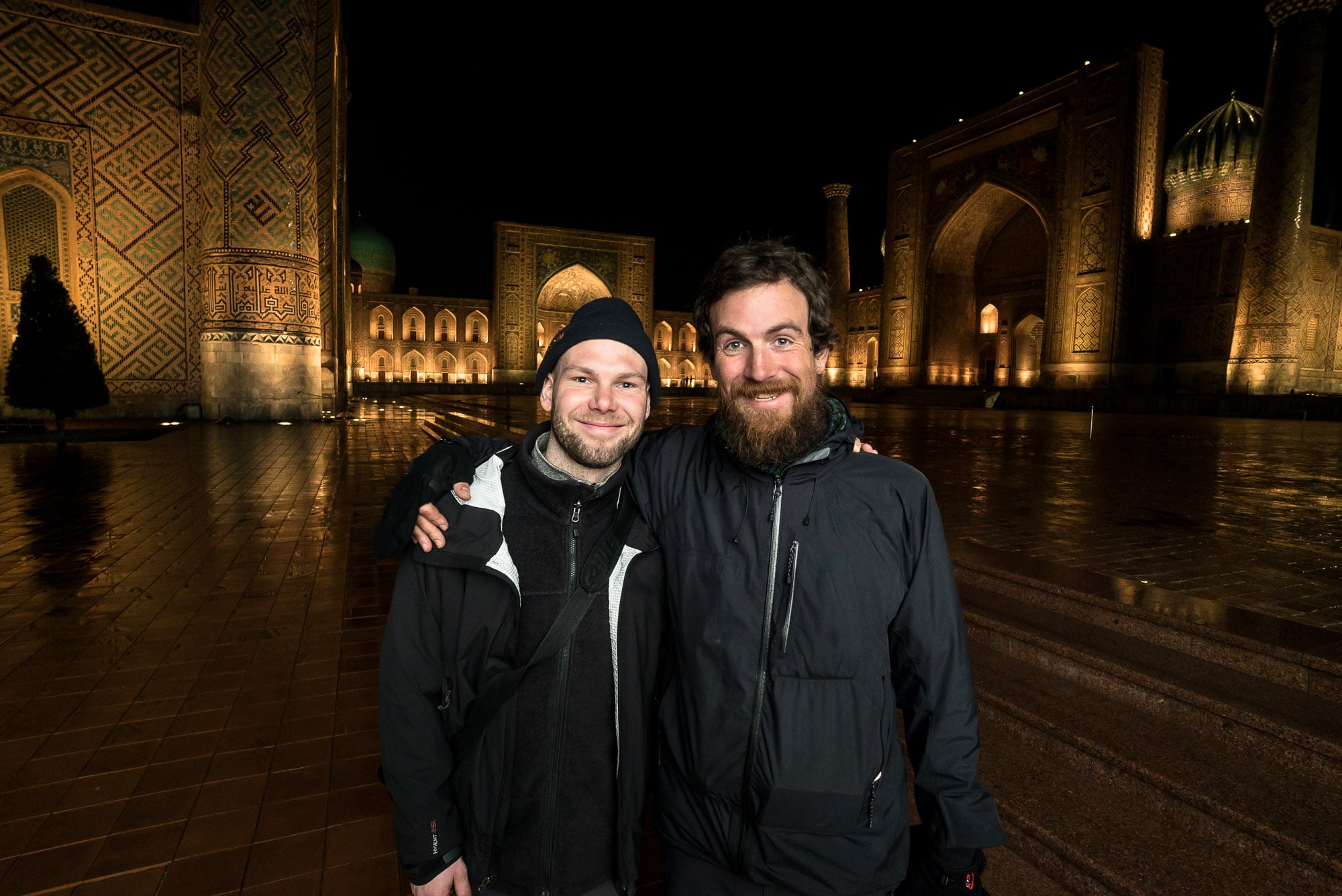 And then we walked the rest of the way to the hotel.

Day 632
from Bulungur to Samarkand