This post is about a few days in Újhartyán. I stay with my grandma, and I receive a sock and a photograph.

This wasn’t just a random place, and it wasn’t a friend’s place, either. It was my grandma’s house. My family on my mother’s side was ethnically Hungarian – they had fled from Romania in the 1970s, a decade or so before I was born. And my grandmother had later settled here, in the heart of Hungary.

I guess now you know why I insisted on crossing the Carpathian mountains.

I stayed with my grandma for three days. She was happy to see me, in my walking outfit with the Caboose and all. We spoke about the past a lot, and as she talked the smoke from her cigarette slowly filled up the room until I opened a window.

One time I went to a village festival with some close friends of the family. I ate beans with noodles and cabbage, and I drank wine. There was a band that played German folk songs – the village of Újhartyán had originally been a German settlement. In the end my friends gave a generous filling of some very good homemade palinka, the Hungarian fruit brandy.

Most of the time, however, I sat in my grandma’s room, listening to her talk about things long past. Her stories were like the smoke of her cigarettes: winding and floating through the room, sometimes dissolving into nothingness, at other times vivid and clear.

One time she asked me to open my hand and dropped something into it: it was a tiny sock from when I was a toddler. Then she handed me a photograph that showed me in the arms of my biological father. He had died when I was still wearing toddler socks. 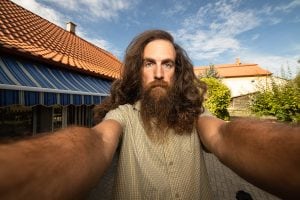 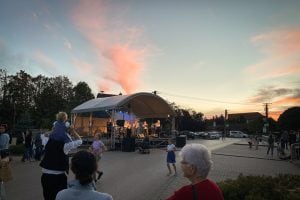 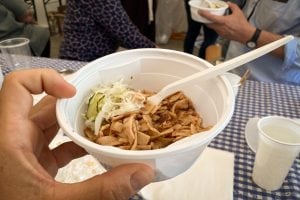 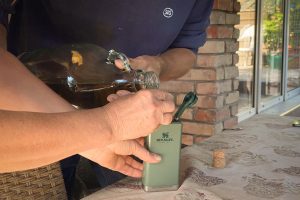 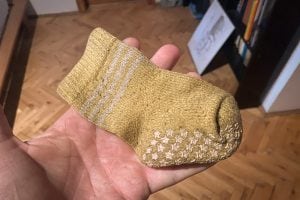 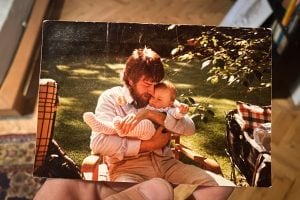 my father and I