This post is about a 21km walk from Novaci to Rânca. I somehow manage to gain 1100 meters of altitude in one day.

I had slept too little. The plan had been to go to bed early and rise early, to be well rested and make use of as many hours of sunlight as possible.

But when I started walking it was already eight in the morning. I had not been able to fall asleep for a long time.

It was because of my worries: people had been telling me of the toughness of the inclines. Of the serpentine mountain roads. And of bears. I hated it.

I had looked at the map and decided that I was going to walk a bit less than 10km today. This would take me to a rest area with a bunch of souvenir shops and a water fountain, and it would mean gaining 700m in altitude. I thought this was enough for one day.

how it turned out

When I reached the rest area it was somehow twelve thirty. The inclines had been bad, yes. But I had walked and walked and taken little rests, and it had somehow felt okay. There was a friendly dog at the rest stop. I stayed and petted him for a while, then I went to one of the souvenir shops and bought him a sausage.

Then I continued walking.

There were no bears, just a bunch of motorcycles. They mostly seemed to travel in packs. Wrooommm-wrrrroooommm I would hear them from afar, and then wwwwwwwrrrrroooooommmmm they would zoom past me. It seemed like a fun but noisy way to travel.

The inclines kept kicking ass, but I kept walking. One time I made friends with a bunch of cows. Or maybe we weren’t really friends and they just wanted to nibble on my clothes, I don’t know. They were greedy cows. Cowbears, as someone put it.

Then the trees became less, and then they stopped growing altogether. We were now at about 1400m altitude. It was windy, and the clouds looked dark. I kept walking.

I reached Rânca at about seven in the evening. The place was full of guesthouses and restaurants, also there were some bars and ski shops. I had been planning to reach Rânca the next day, and yet here I was, after climbing close to 1km in altitude. I didn’t even feel overly tired.

It was as if I had come out blasting and just never bothered to stop. I decided to have dinner in a restaurant and keep going. Rânca stretched over a distance of about 5km, and I wanted to get to the upper end.

It was easy at this point. The only unpleasant thing was a pack of feral dogs that surrounded me and Boosey and got very angry at our existence. They didn’t bite me, though.

the walk from Novaci to Rânca: 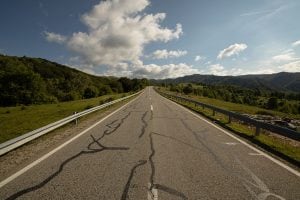 the Transalpina near Novaci 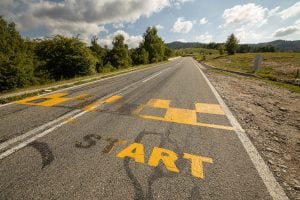 I don’t know why there is a start line 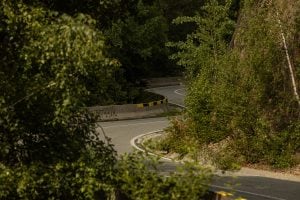 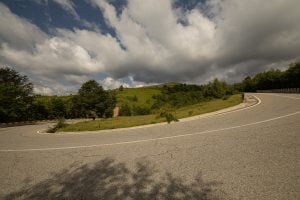 it was all uphill today 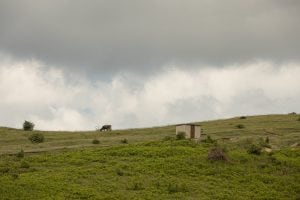 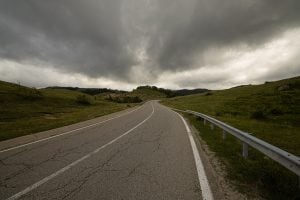 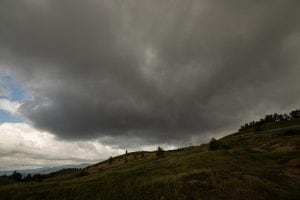 I was worried about bad weather at this point 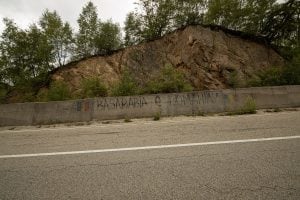 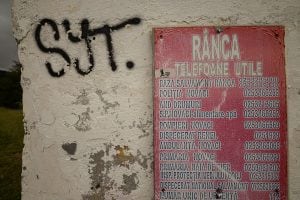 I put my sticker there 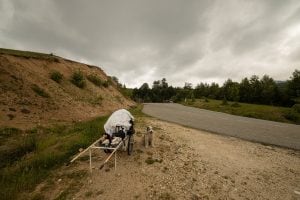 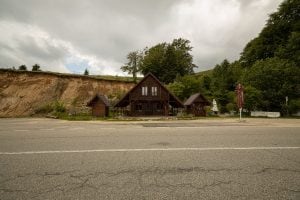 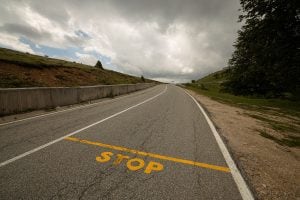 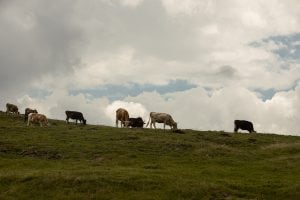 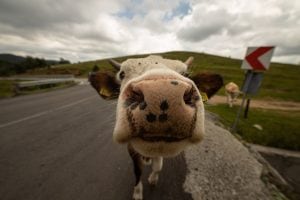 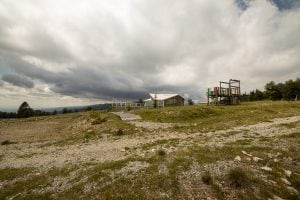 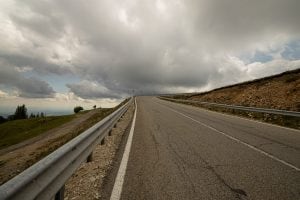 the Transalpina near Rânca 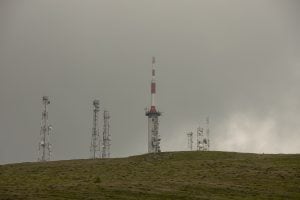 I guess this is a TV tower? 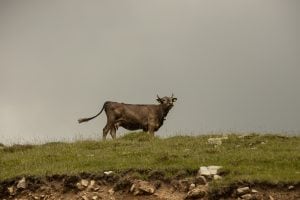 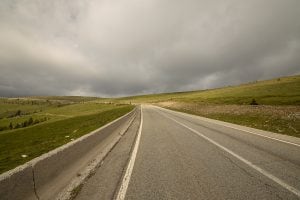 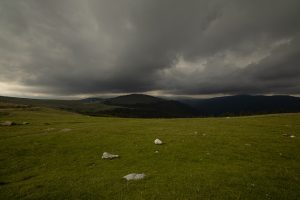 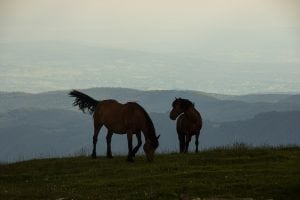 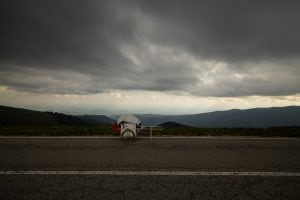 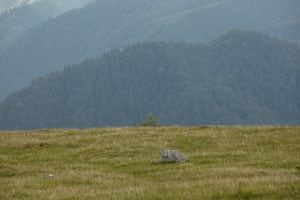 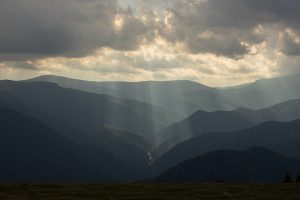 light in the Carpathian mountains 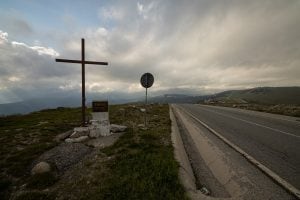 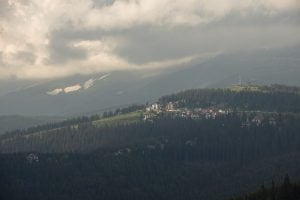 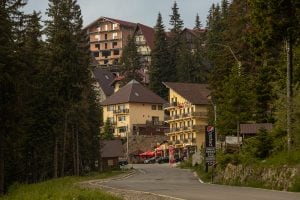 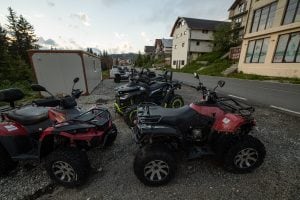 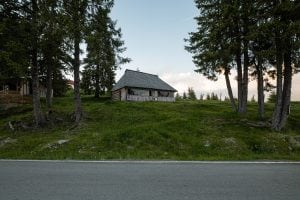 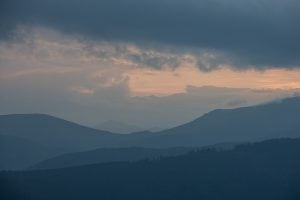 Day 566
from Novaci to Rânca