This post is about a 16km walk from Borș to Mezőpeterd. I cross the border from Romania to Hungary, and a thunderstorm greets me.

A lady from the kitchen staff watched me load up the Caboose.

“Where are you going?” she asked me, and for some reason I didn’t just say Hungary.

Yes, I said, and then, before she could ask me when and where I had started walking, I asked her to put some hot water into my thermos.

The way to the border was easy. There was a bike lane that I walked on until I reached the actual checkpoint. Then somebody waved me into the car lane.

The border itself turned out to be different from all the other borders I had crossed before. Usually there was a certain distance between the checkpoints of the two countries. Sometimes it was a few hundred meters, and sometimes it was a lot more than that. In the case of China and Kazakhstan at the Khorgas border crossing, the checkpoints were a ridiculous seven kilometers apart.

Here, they were right next to each other. The Romanian and the Hungarian border guards sat under the same sunroof. All of them looked at my passport, all of them asked what I was doing, all of them laughed when I told them, and then all of them waved me through.

And so I was in Hungary. I squeezed past some trucks that were waiting for their chance to pass the border, and then I was again on a bike lane. Yes, you read that right: it was a real, honest to God bike lane. I stayed on it all day, and it was beautiful.

Well, it was beautiful until the thunderstorm. I had just walked through a town called Biharkeresztes where I had marvelled at a monument that seemed to suggest that Hungary’s current borders were too small. I had bought a loaf of bread and some bell peppers, and now I was back on the bike lane, overlooking the fields around me. This was when I noticed that a bunch of clouds were doing some funky shit. A little while later there was lightning. Then there was thunder. And then I was drenched.

Hello, Hungary, I thought, and when I saw a sign that said GUESTHOUSE I inquired about the price and got a room. 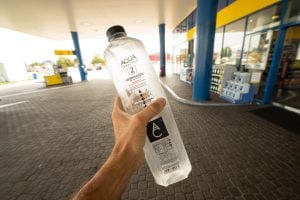 last bottle of water in Romania 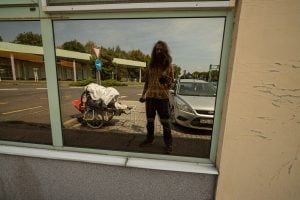 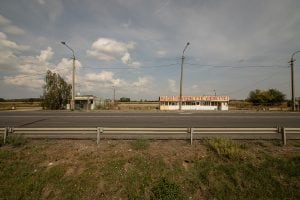 the road after the Borș border crossing 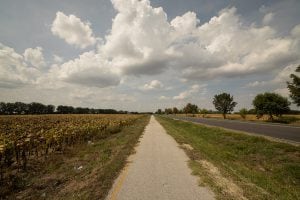 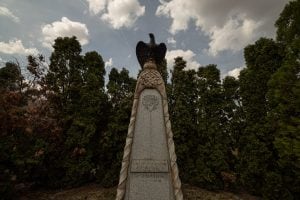 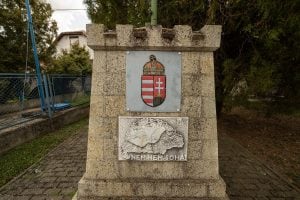 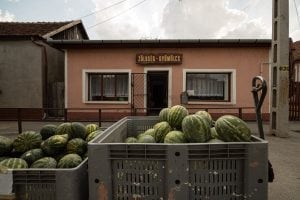 watermelons in front of a Hungarian village shop 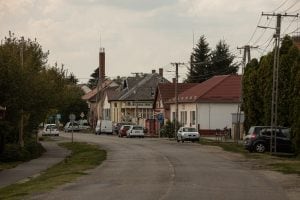 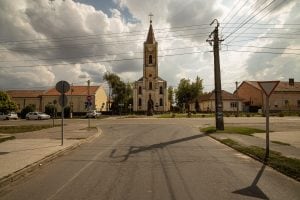 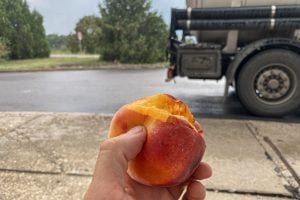 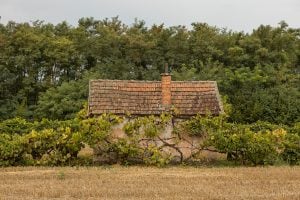 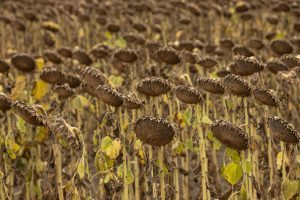 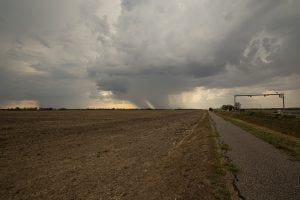 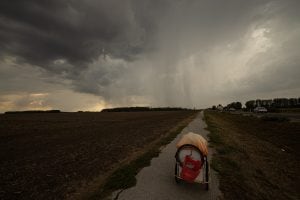 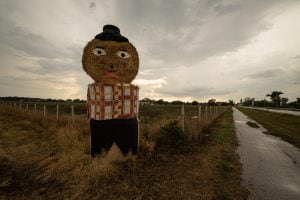 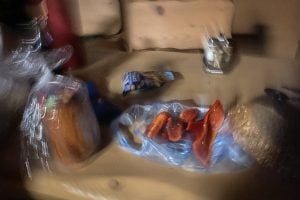